Chris Barnard’s show jumping course shook up the CH-J* leaderboard today at the Adequan/FEI North American Junior & Young Rider Championships (NAJYRC) at Rebecca Farm in Kalispell, Mont. In the end, Area VI came out on top as the 2017 NAJYRC CH-J* Champions after laying down a couple double clear rounds, cumulating a final team score of 161.6.

When overnight leaders Area I fell down to fourth place position after dropping numerous rails, Area II was able to move up to take home silver after putting in three clear rounds on a final score of 164.1. Canada, who sat in second place position overnight, had no room for error today, but unfortunately the team pulled some rails, knocking them down a podium position to take home the bronze medal on a 165.2.

Mallory Hogan and her own Clarissa Purisima, a 9-year-old Holsteiner mare (Limmerick I x Briza) ended the weekend on their dressage score of 51.0, earning the best score for gold medal team Area VI and finishing in individual third.

“Clarissa is affected by atmosphere, but today it was for the better, because she went in there and got riled up, but did her job. She went to work today and saved me a couple times. She’s a really good horse,” said Hogan. “Every time I go out on her it’s such a treat, because she’s such a cool mare. This is my first time at NAJYRC. I got Clarissa when she was really young, and it’s been a lot of hard work and time put in to get here. Slowly but surely we’re getting better, and I felt like it all came together at the right time.”

Delaney Vaden who is competing at her second consecutive NAJYRC and her own Redroxx Jazzman, a 12-year-old American Warmblood gelding (Bud Lite x Jiwani Dancer) also ended their weekend on their dressage score on a 53.5, the second best score for Area VI.

“Jazz loves to show jump, and so do I,” explained Vaden. “I was actually pretty tired out there myself and I saw some strange distances, but he pulled through and got it done for me. I’m so happy with him. This sport is certainly full of ups and downs, whereas at our last event we were in last place, and here he is being a good boy this week. It’s been a dream to be here.”

Isabella Dowen and her 16-year-old Oldenburg gelding Lasse 73 (Lordanos x Georgiana), ended their weekend on a 57.1, adding just 4 points to their dressage score. Kaley Sapper and Tuscan Sun, her own 14-year-old Thoroughbred gelding (Midnight Royalty x C Alyssa) round out the Area VI Team, finishing their weekend on a 76.9.

The camaraderie between the Area VI team was apparent, despite not knowing each other previously. “Not all of us knew each other a month ago. We had camp, and then we came together at this Championship, and now I’ve made lifelong friends,” stated Sapper. “We’re all so happy to be at this event,” Dowen chimed in. “Having a team is something I’ve never had before in equestrian sport, and it was so cool coming together and helping each other and being here together. We have such a great team.”

“Having these girls with me as a team is so great,” said Hogan. “I wouldn’t want to travel to Montana with anyone else. We’re now friends for life.” Vaden added, “everyone on this team is like my best friend – it’s incredible. With that, there’s also a lot of pressure because you don’t want to let your team down, and you want to hold up your end of the stick, but overall this has been such a great experience together.”

Tosca Holmes-Smith and Fiat, individual Gold Medalists in the CH-J*

The top three individual medalists in the CH-J* all ended on their dressage scores, a very impressive accomplishment. It was Canadian Team rider Tosca Holmes-Smith who came out as individual Champion, claiming her gold medal on her dressage score of 47.2. Just 0.5 points behind, Area VIII Team rider Alexandra Baugh and Altorac Farm’s Ballingowan Pizazz (OBOS Quality x Rocklea) claimed silver on a 47.3, with Hogan taking the individual bronze medal.

“I was pretty nervous heading into the arena,” admitted CH-J* individual Gold Medalist, Holmes-Smith. “He [Fiat] tries really hard, but he can also take a rail down, so I knew I was not completely in the clear and needed to get a clean round for my Canadian team in order for them to maintain their Bronze Medal position.”

The Holmes-Smith family has a strong presence in eventing, and Tosca admits to ‘stealing’ Fiat from her mother and her sister for the year. “My sister won gold at NAJYRC last year, and there’s a little bit of sibling rivalry there, but she’s also older than I am so not much. I did want to hold up to the family tradition and keep it going.”

Baugh said that she was extremely happy with her mount Ballingowan Pizazz, known to the eventing community as “Mango,” for helping her gain this experience at NAJYRC. “Mango is amazing. He really takes care of me on course, and he’s got a lot of experience and has done a lot of three-star competitions. Learning to ride him has been difficult, but he’s amazing.”

“It’s such an amazing opportunity to be here,” said Baugh. “Thank you to the Broussards for putting on such a great event.” It’s amazing what they’ve done with this event,” added Holmes-Smith. “I was a bit concerned that the NAJYRC would mesh into the regular event and get lost, but they’ve done an amazing job making us feel really special here.” 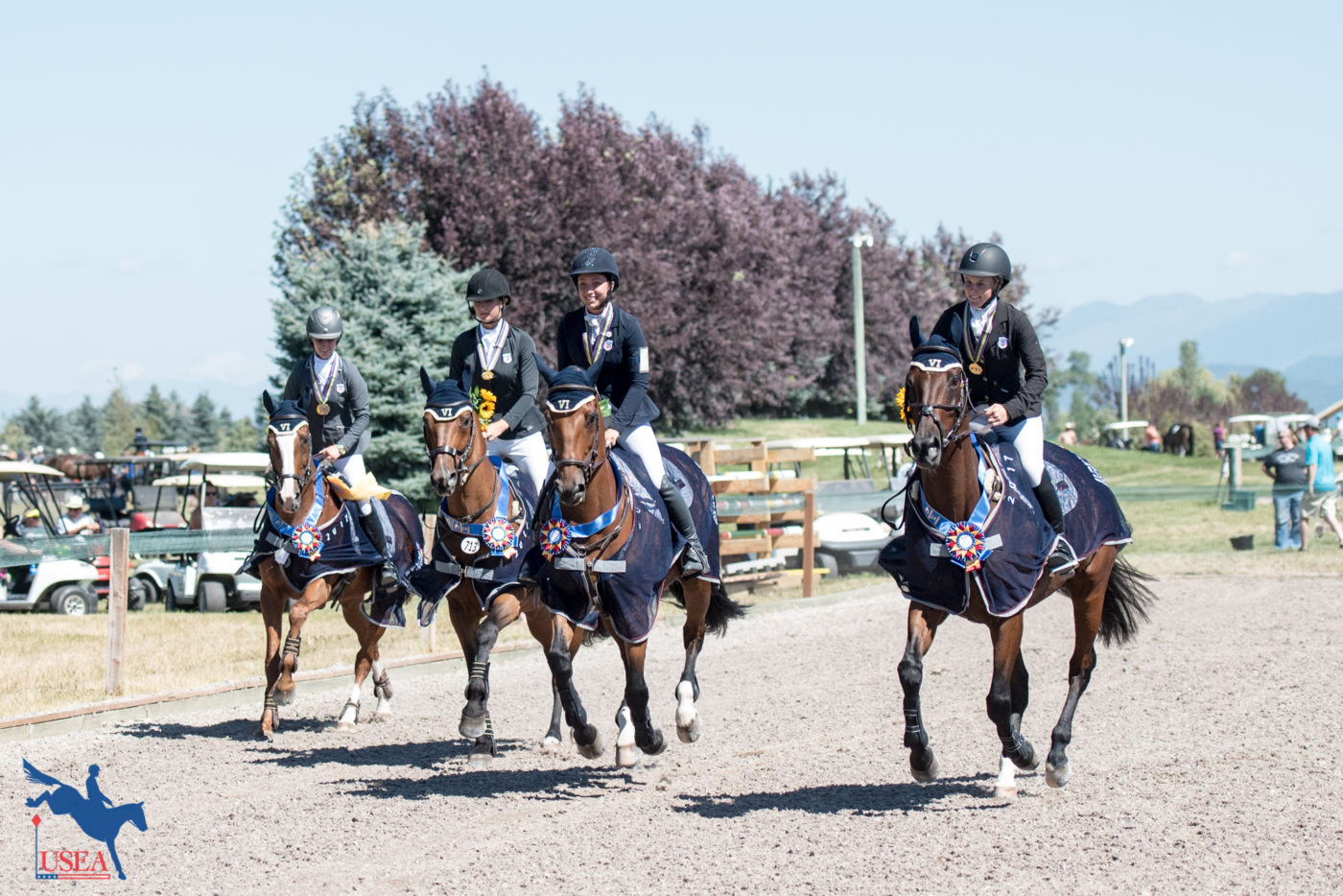 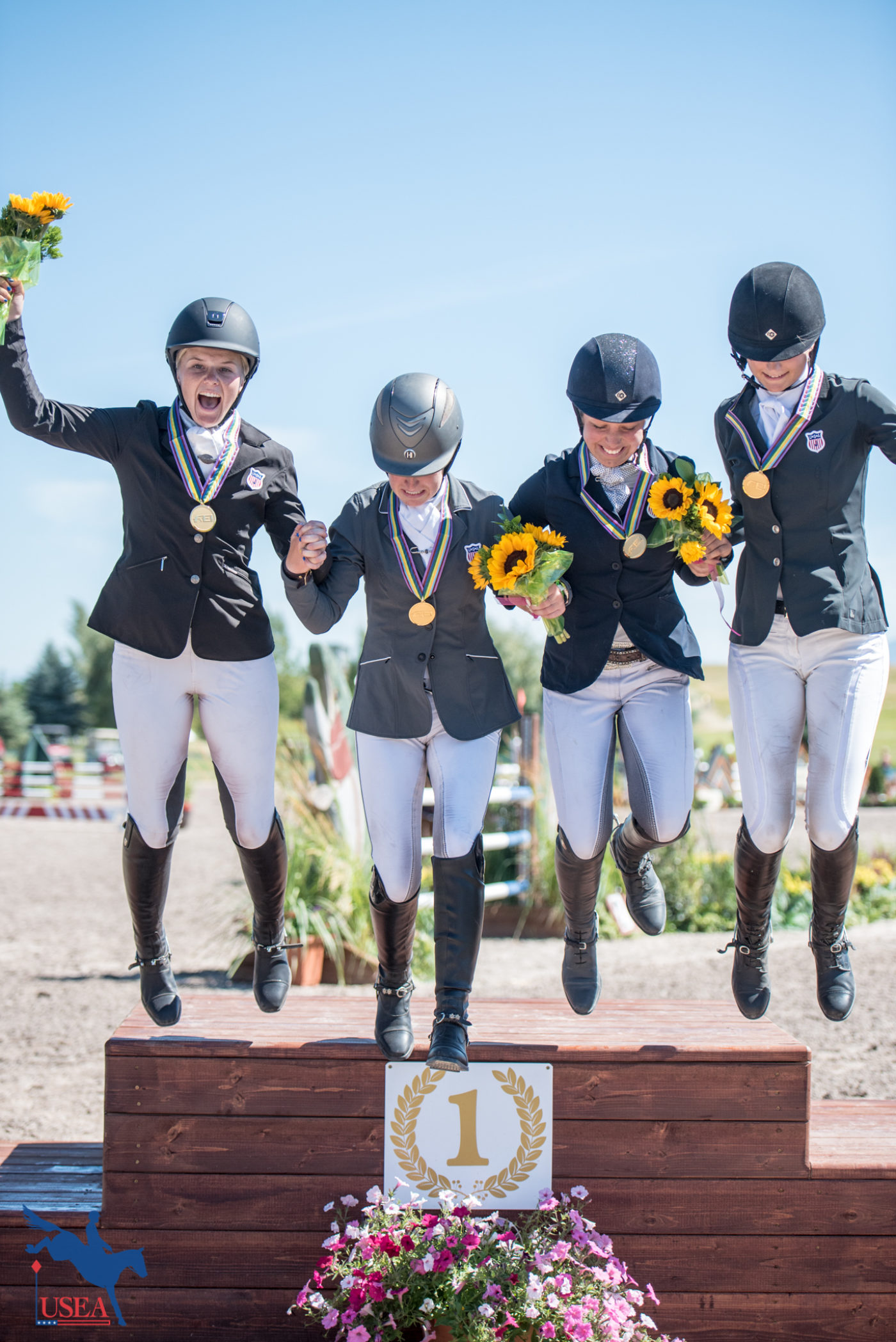 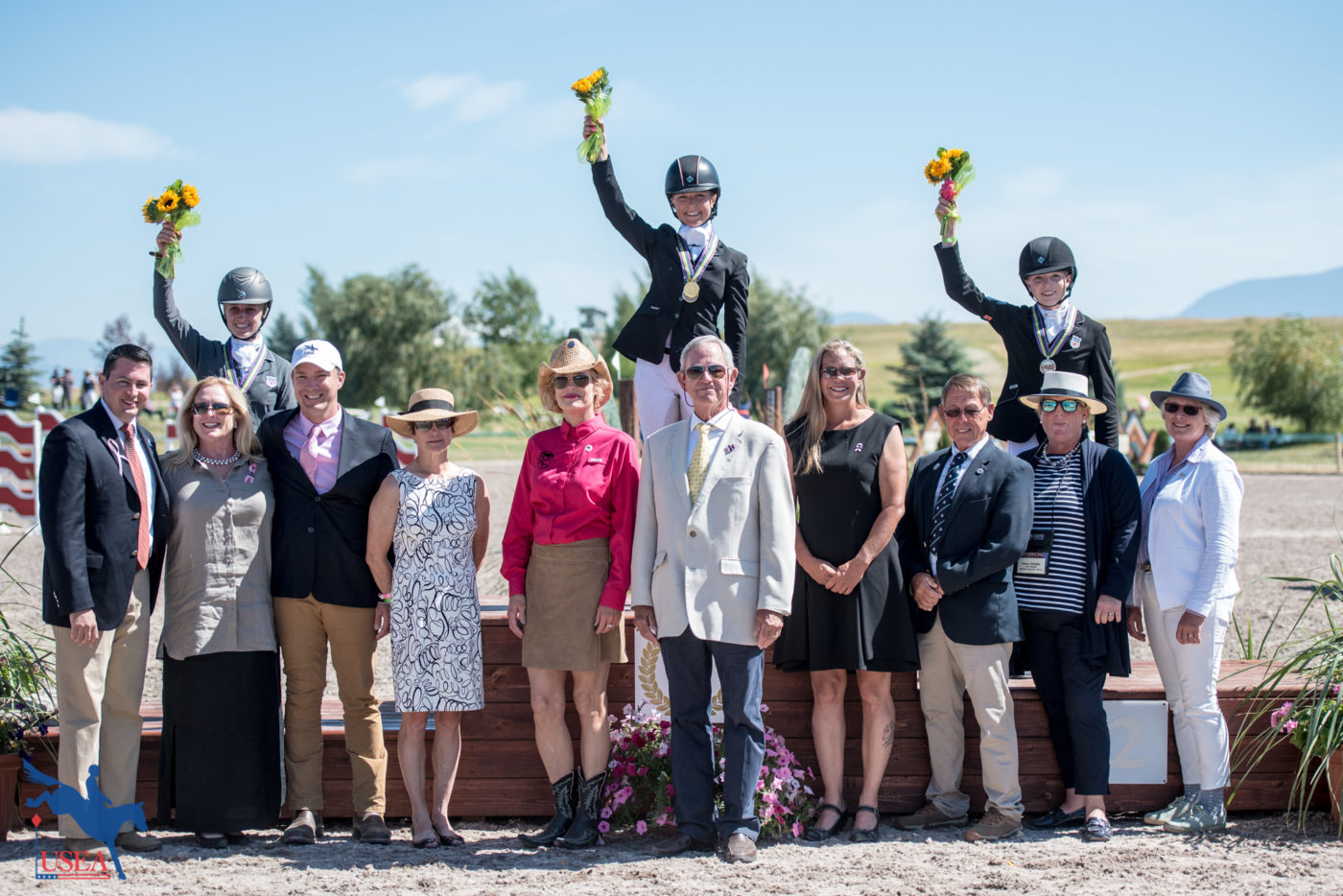 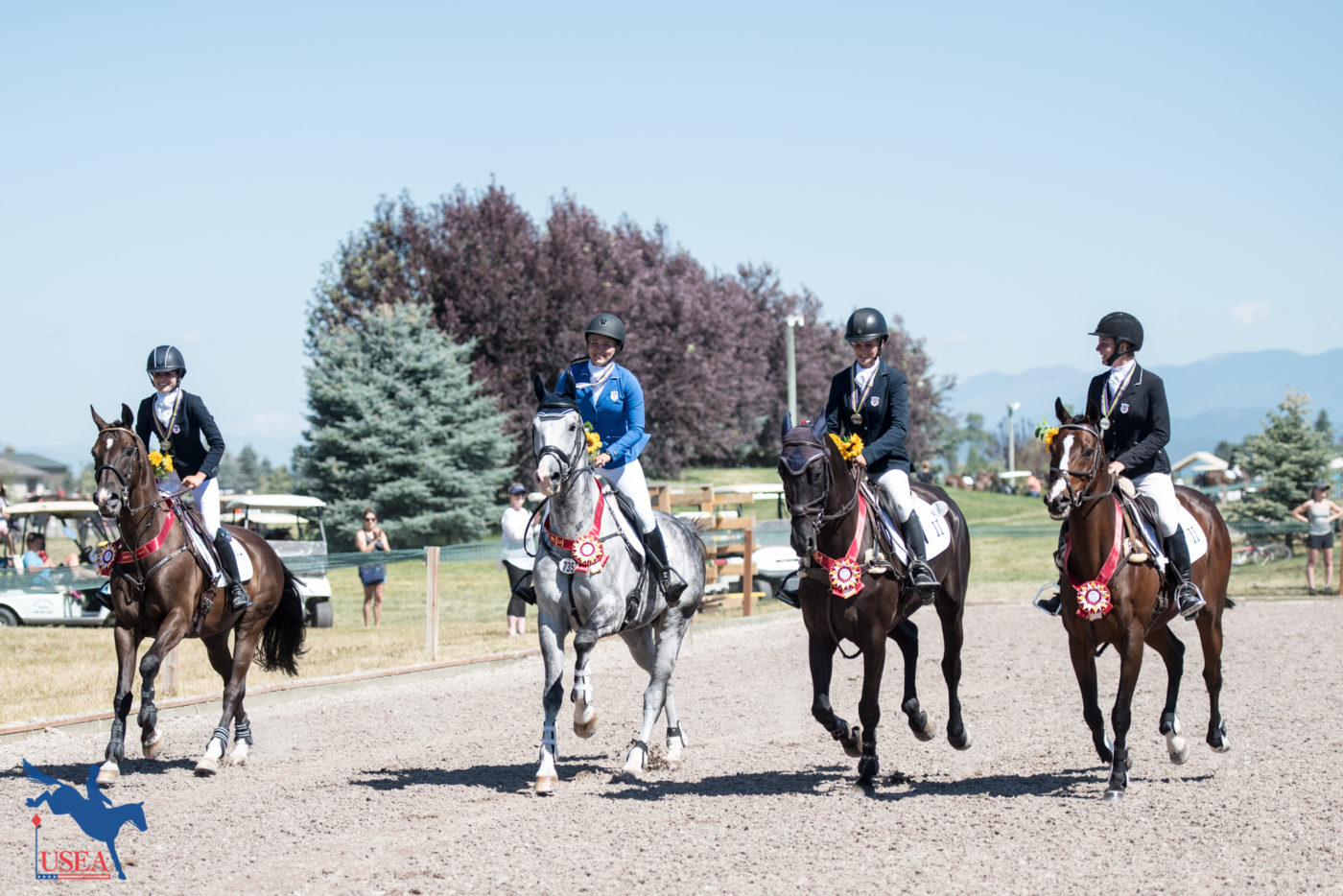 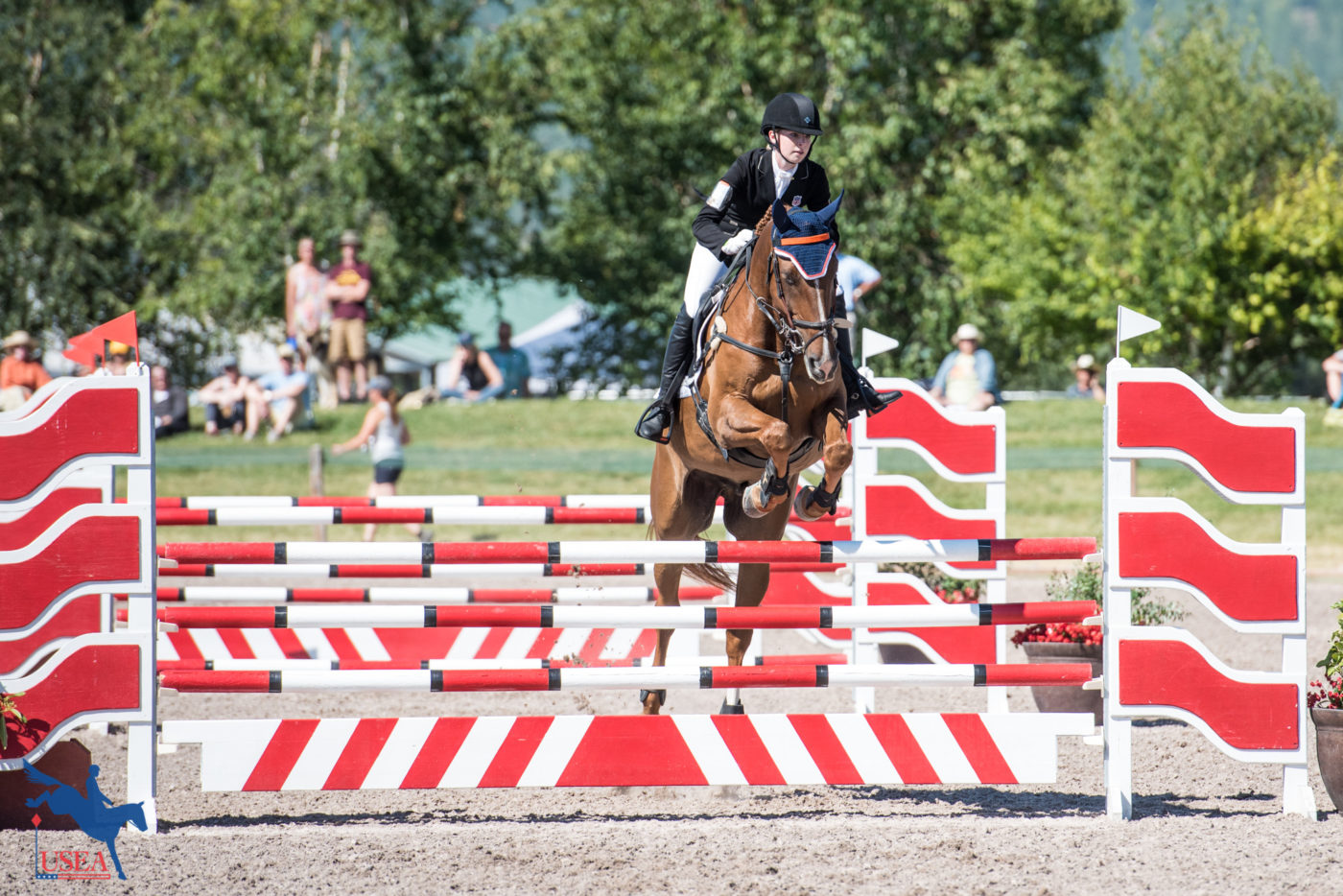 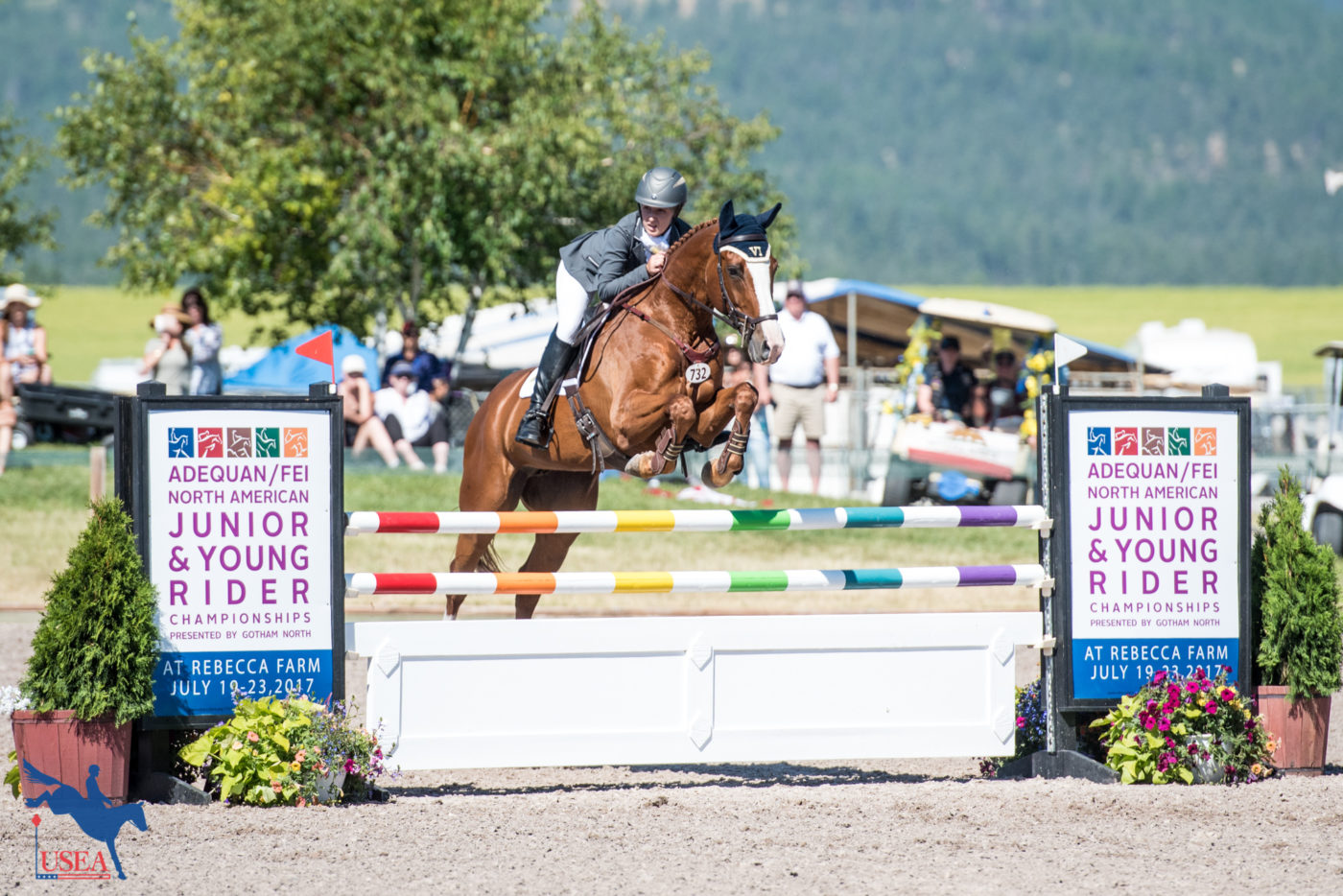 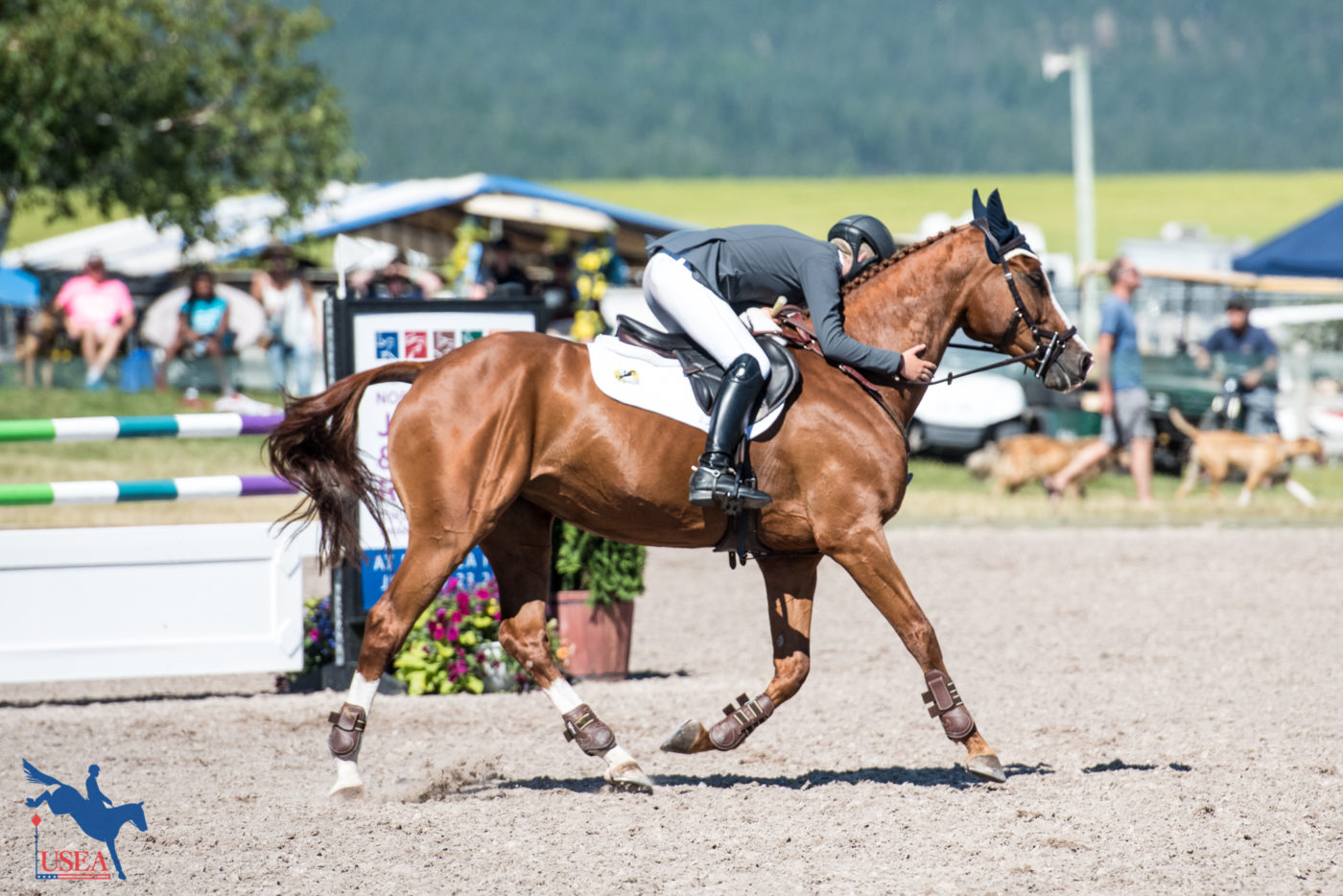 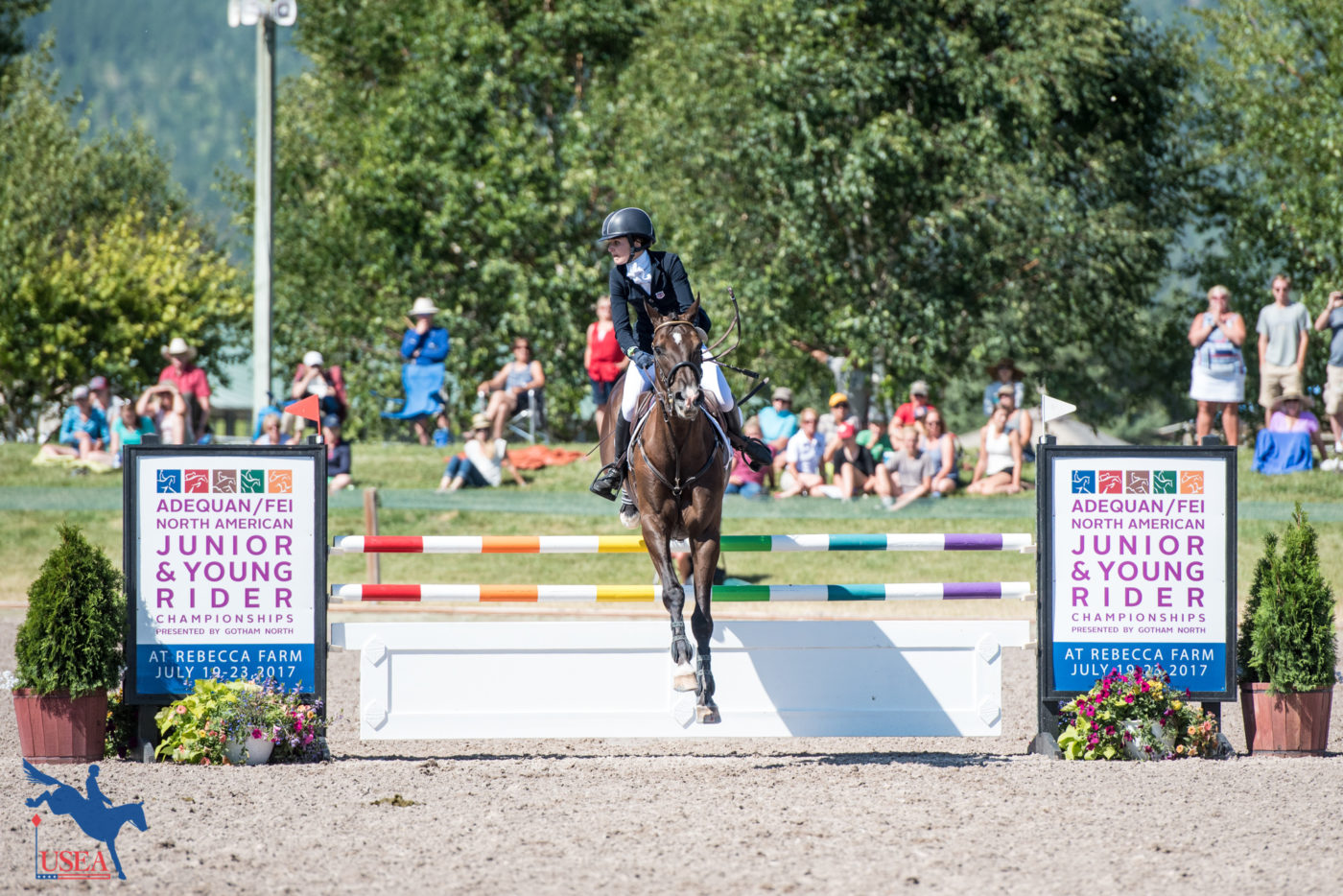 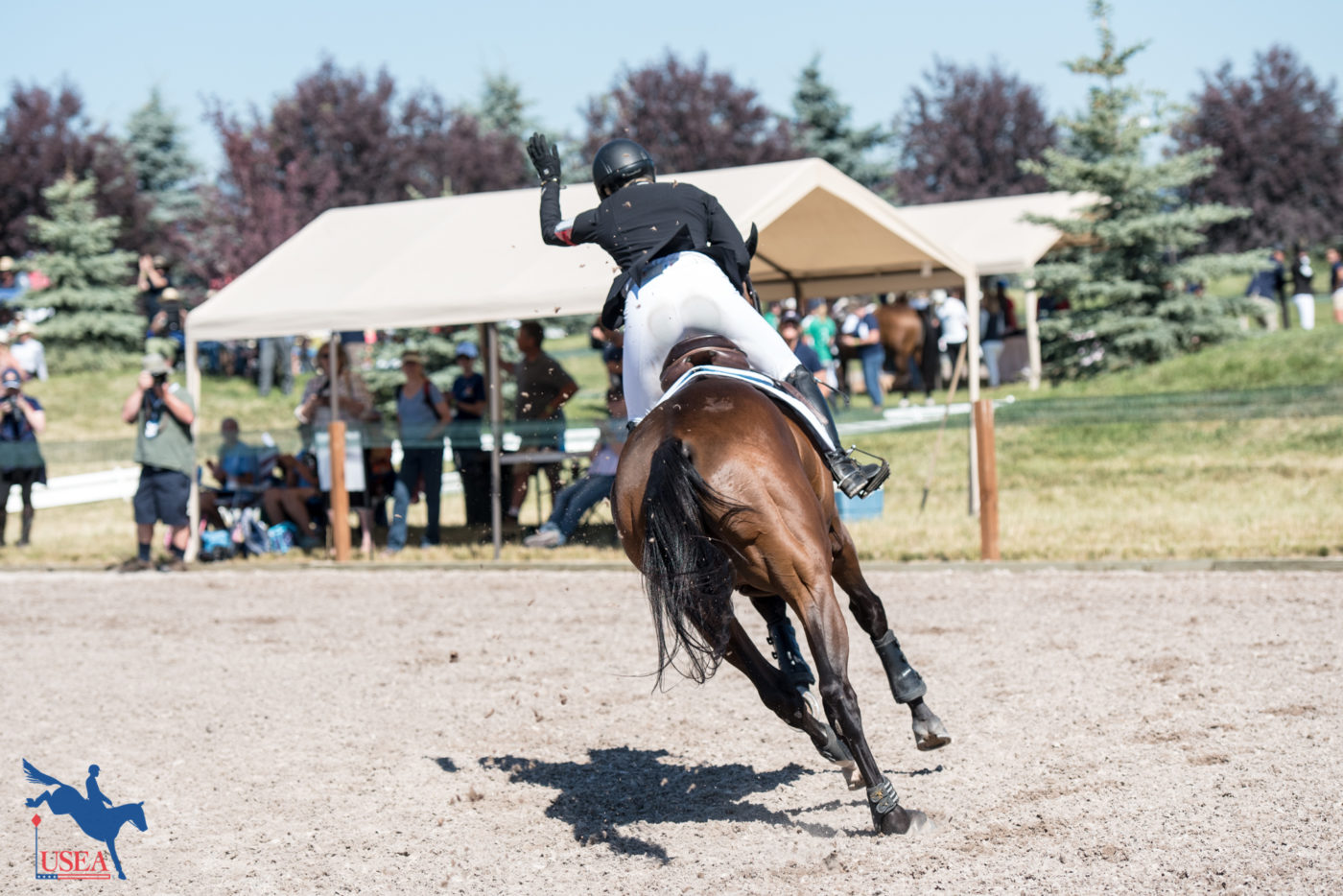 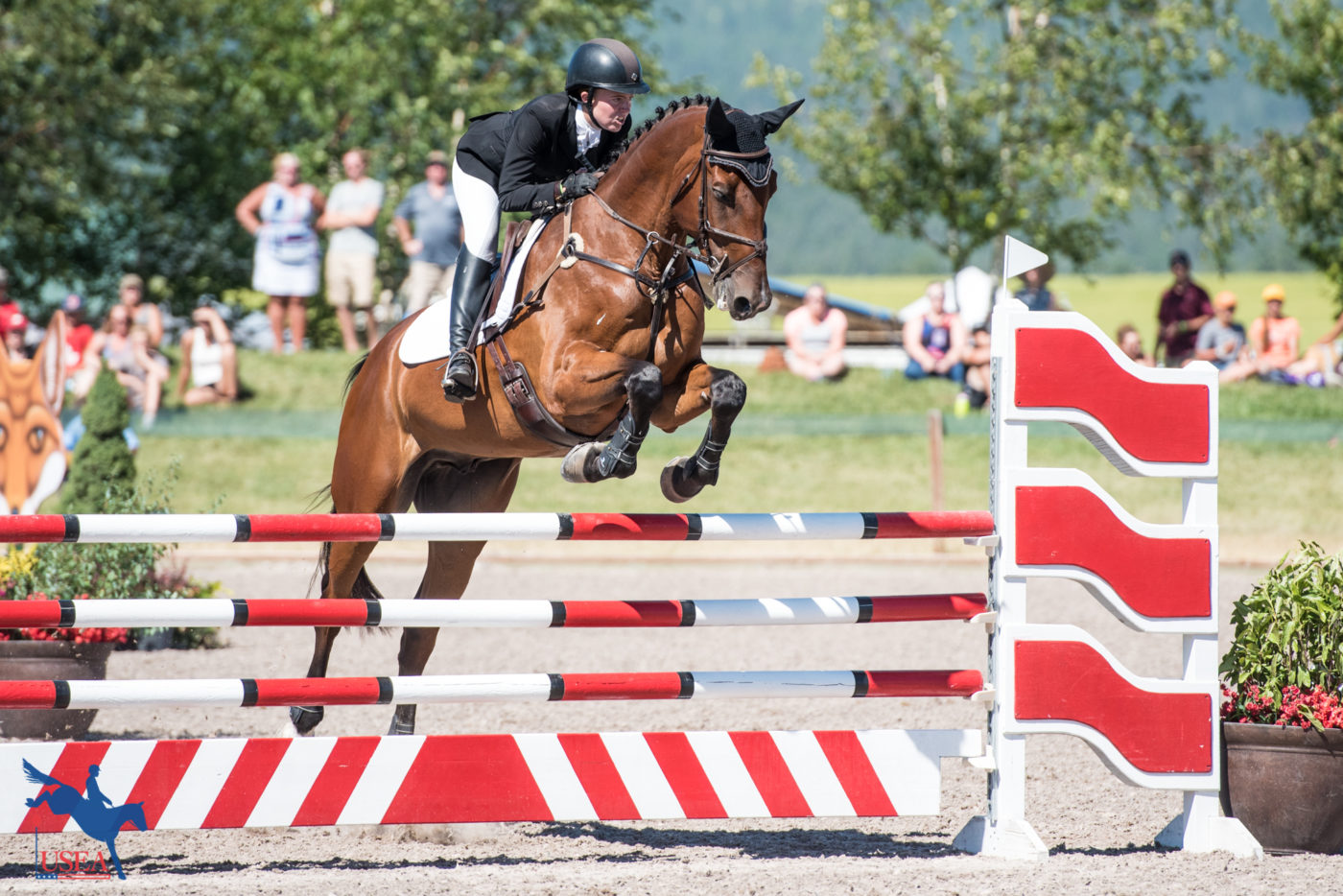 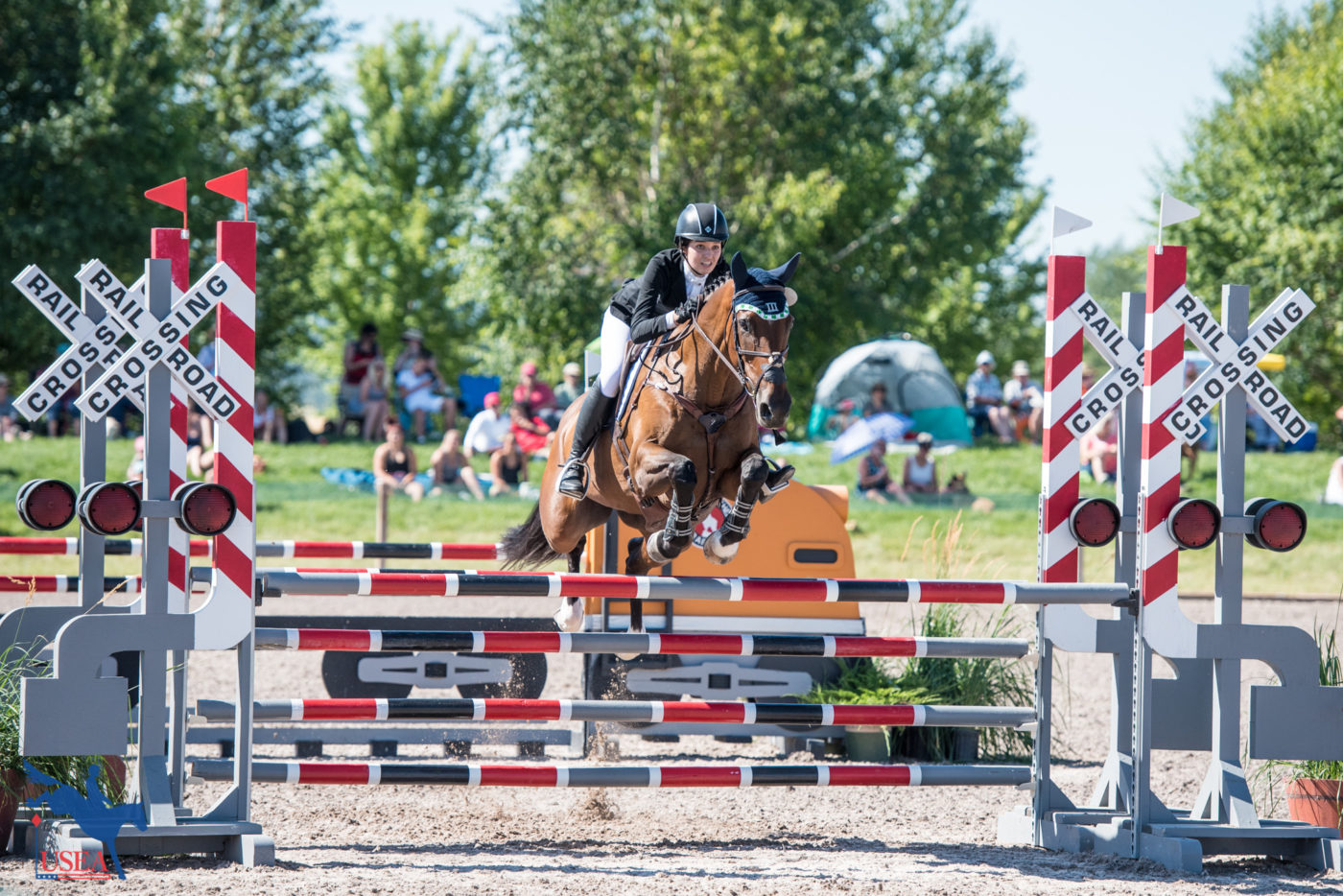 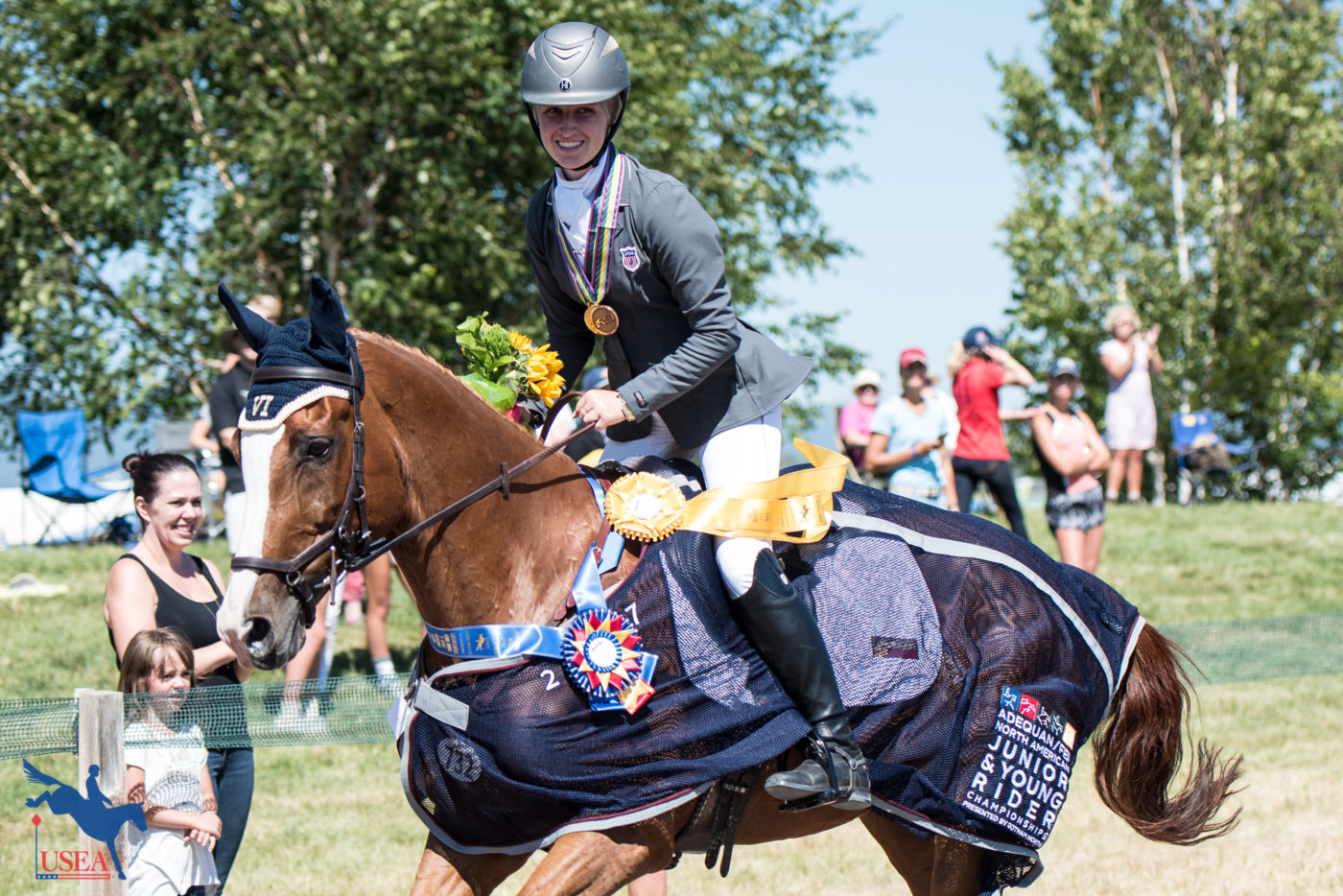 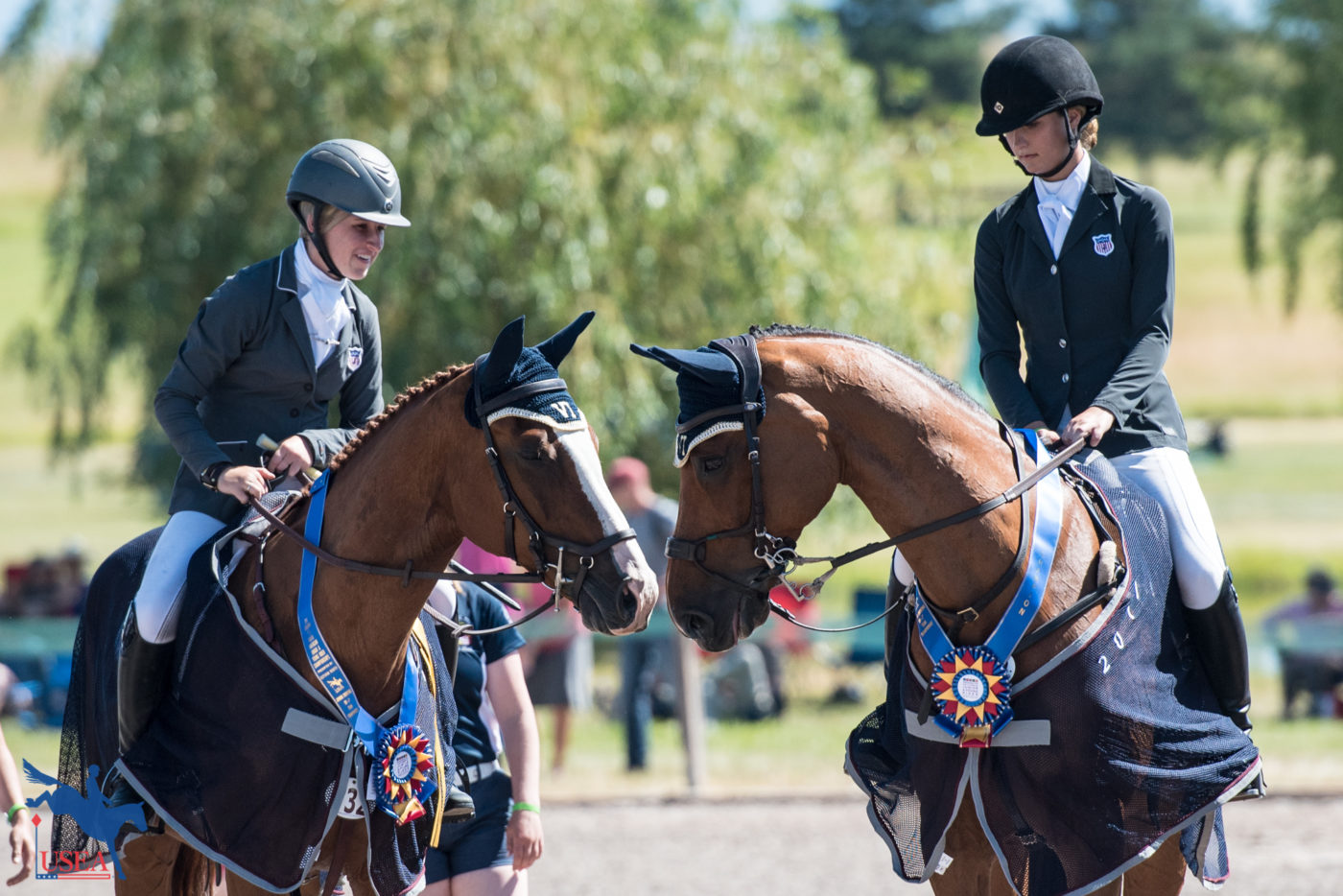