They placed fifth in 2015, 10th in 2016, and now they sit poised to take the win in the Adequan USEA Gold Cup Advanced at Red Hills International. Waylon Roberts and Anthony Connolly and L. Skey Levely’s 15-year-old Thoroughbred gelding Kelecyn Cognac (Fusaichi Pegasus x Dreamland) remain at the top the leaderboard following the second day of competition at Red Hills after adding 10.8 cross-country time penalties to their first-place dressage score of 29.8.

Roberts has had the ride on Kelecyn Cognac for nearly four years now, and he explained that “the butterflies are a little different than if you’re on one you’re not entirely sure what’s going to happen. I guess it’s more about about trying to go out and give him a really good run that’s going to prep him for a big three-day that you’re looking to get to. So that’s what was going through my mind today . .  . It’s just getting out and getting to bigger jumps and making sure your eye’s still queued in and making sure that you’re both clicking in the right direction.”

“He felt great today,” Roberts stated. “I’m really looking forward to tomorrow. The one thing about going to a horse trial now is that at an event like this the show jumping is on the third day and it’s nice to know about [how your horse will show jump the day after cross-country.] It’s the information, at the end of the day.”

Jessica Phoenix and Amara Hoppner’s 11-year-old Thoroughbred gelding, Bogue Sound (Crafty Shaw x Carolina Blue) put in the fastest cross-country ride of the division, adding just 6.8 time faults to their dressage score of 40.0 to rise from 11th place to second place overnight and sit on a score of 46.8 going into the final day of competition.

“He’s just a really fun jumping horse," said Phoenix, "and so genuine, and so smart. It was just so fun to get out of that start box and gallop around on him. He’s so efficient covering ground that you never really feel like you’re kicking, you just kind of cruise around. He’s really solid at the level, which is exciting.” Phoenix took over the rider from Hoppner at the start of the 2016 season and has produced him to the three-star level.

Phoenix explained that she chose to run in the Advanced versus the CIC3* this weekend because of the dressage test. “[The Advanced test has] more walk work, which is nice because then you can actually work on the things you need to work on.”

“Red Hills is always the first really competitive FEI that we do of the year, so I can’t say that anyone left the box trying to really make time,” observed Phoenix. “It’s more about getting out and being competitive and giving them good rides. I think straight across the board the time is always hard here at every level, but more than making the time I think people are just finding out how their horses are coming out this year and what they need to work on.”

Boyd Martin and Kyra sat in fifth place overnight on a score of 35.4 and rose to third place after adding 12.8 time faults to their score this afternoon. Martin and Christine Turner’s 11-year-old Canadian Warmblood mare (VDL Ulando H x Wellesley) will carry a score of 48.2 forward into the final phase of competition. “She’s by far the most spectacular jumper I have in my barn,” said Martin. “She came to me about two years ago. She’s very careful and today was by far her biggest test. She’s very sharp, a great jumper, and almost a bit too careful . . . [but] today she really gave me a cracking round around the cross-country.”

Kyra ran her first Advanced level at Pine Top just two weeks ago, and Martin explained that he was hoping the Advanced cross-country course would be a bit softer than the three-star cross-country course but that Kyra rose to the challenge. “To Kyra’s credit, she ripped around and gave me a fantastic round. It’s only her second Advanced and I was trying to make it little bit easier for her by putting her in the Advanced and not the CIC, but it didn’t [work out that way]. But she proved to me that she’s ready to do the CIC3*.”

The Advanced division this weekend started out with 14 riders but just 11 of them will continue on to show jumping tomorrow afternoon. Will Coleman and Tight Lines withdrew before the start of cross-country, Tayler Stewart fell from Ideal Contini at fence 3, and Lindsay Beer and El Paso were eliminated for three refusals at fence 18. 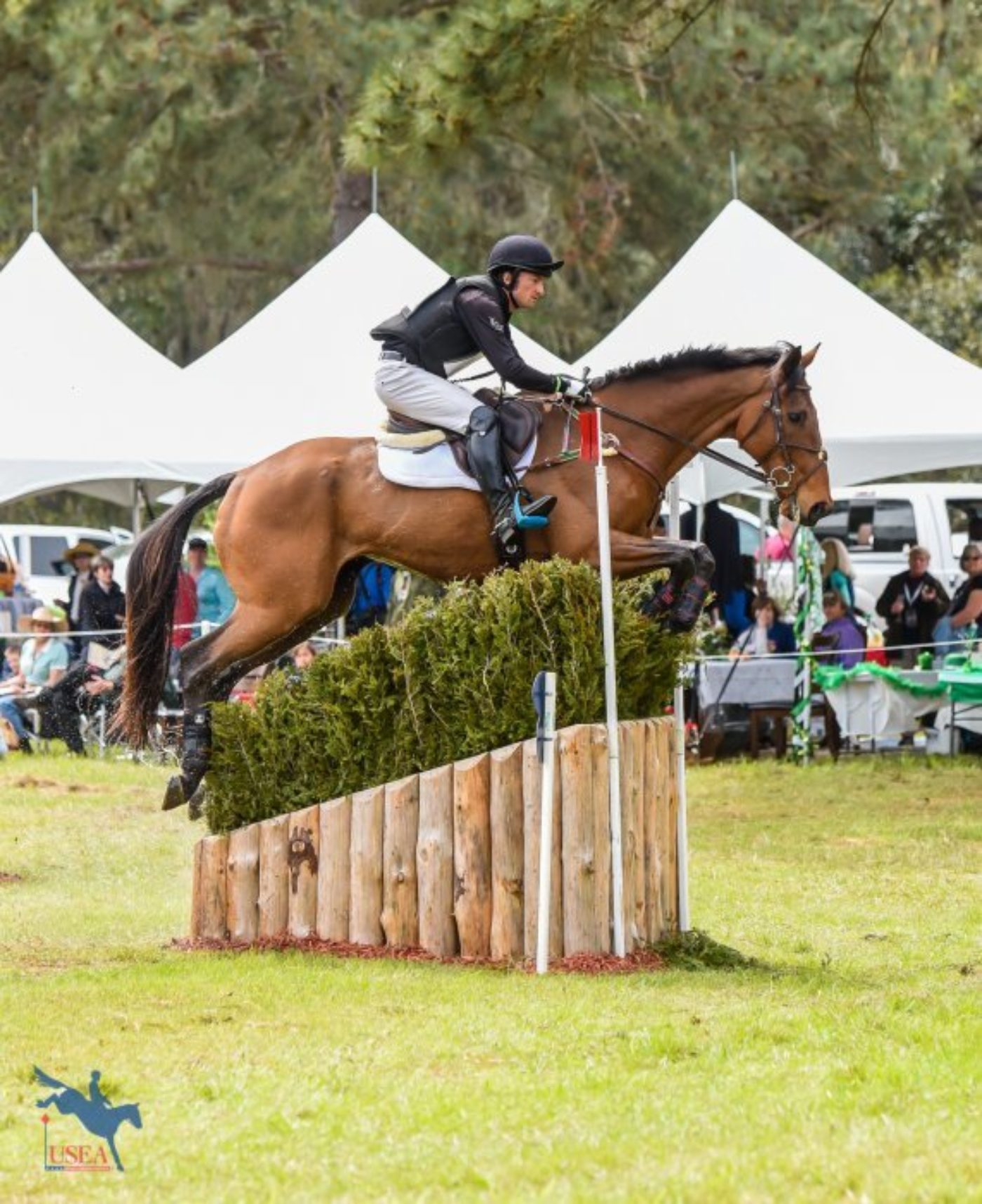 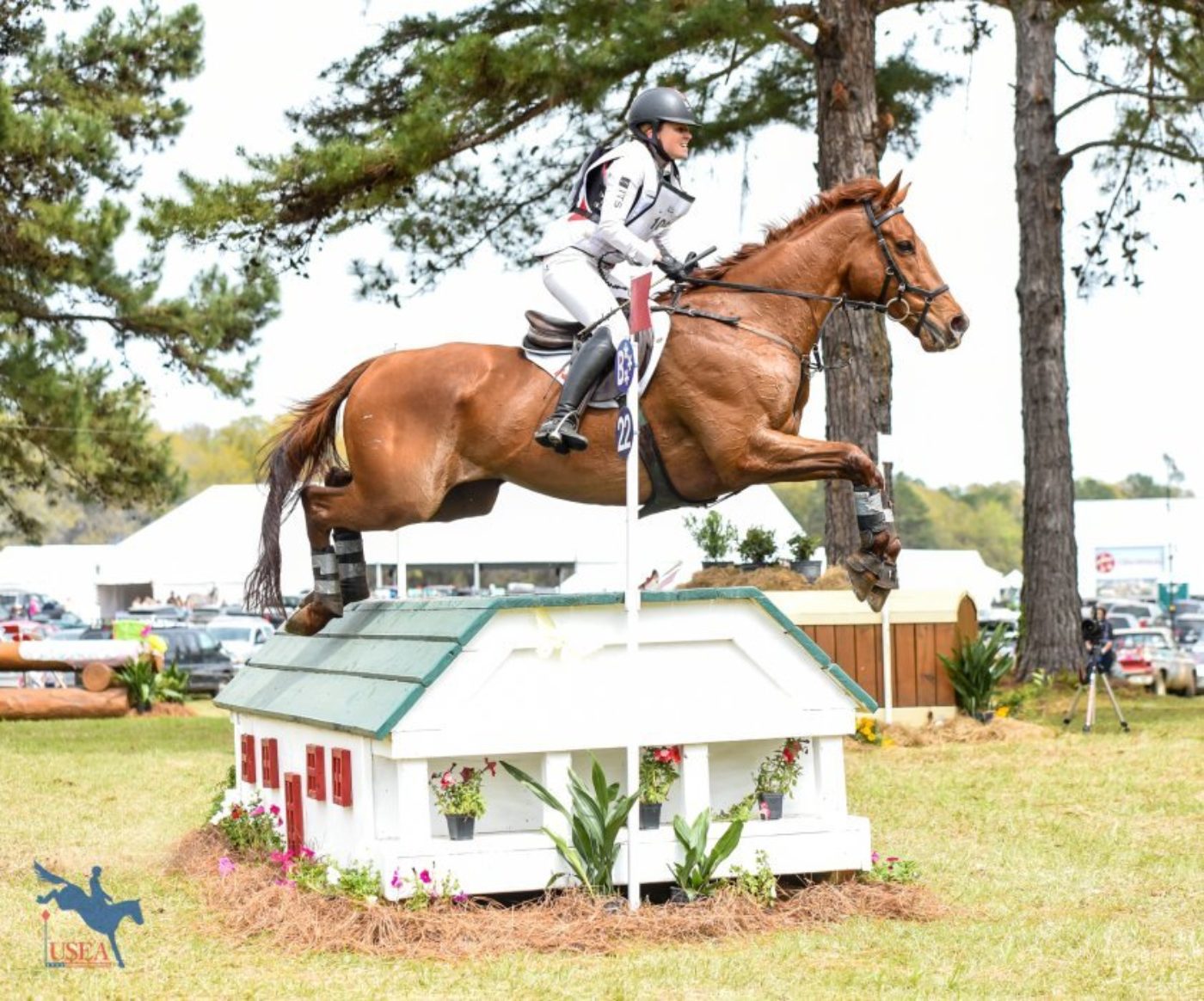 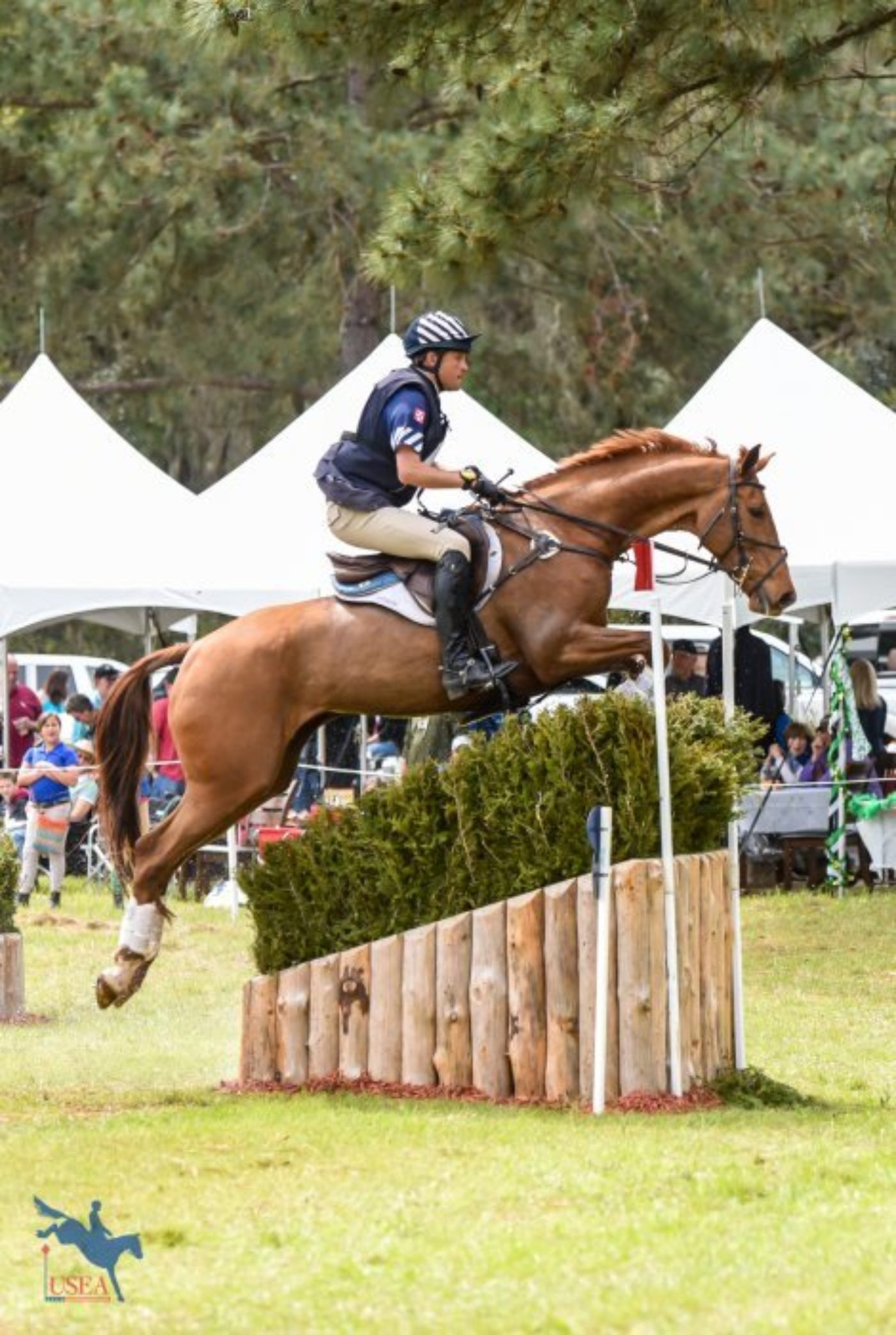 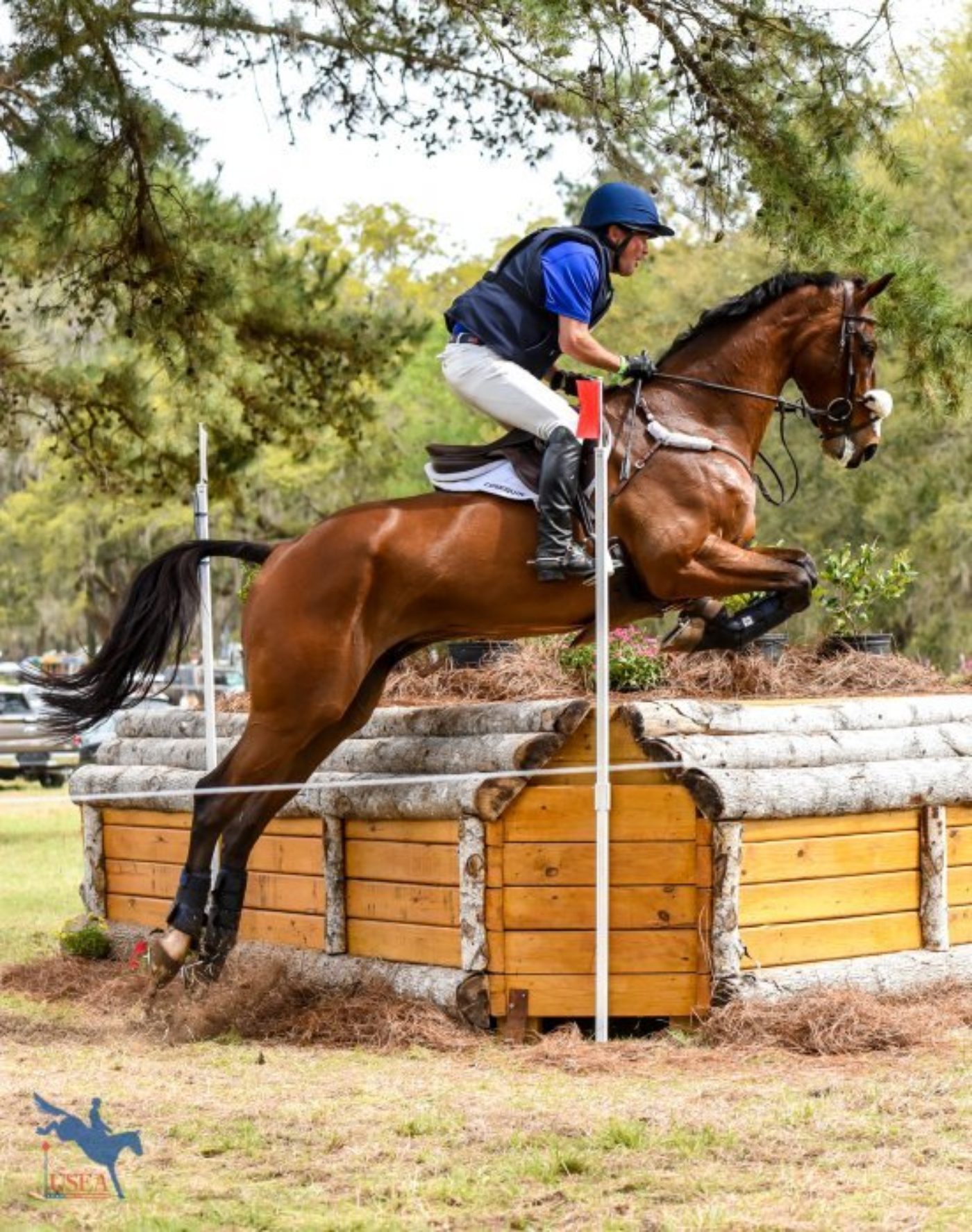 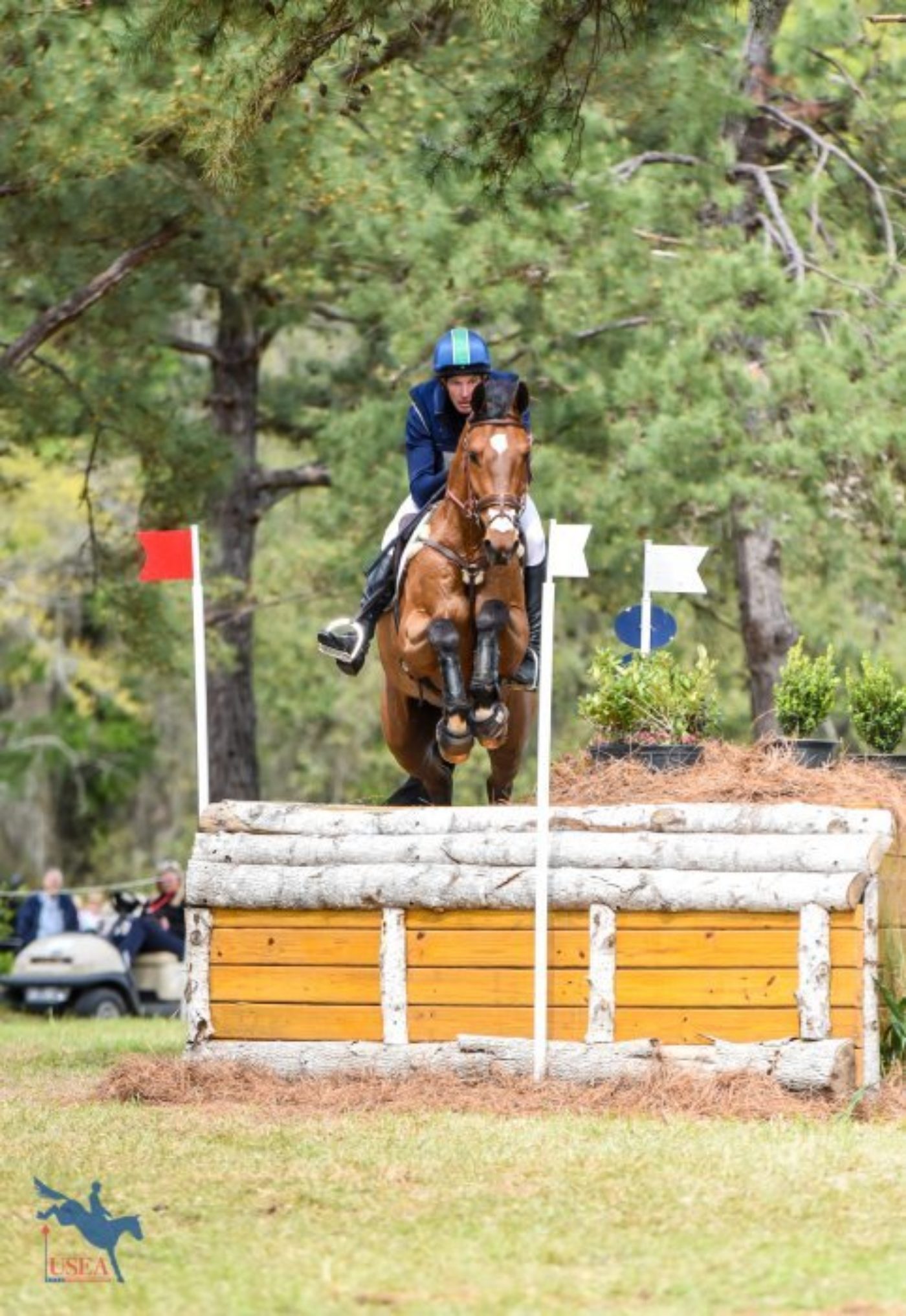 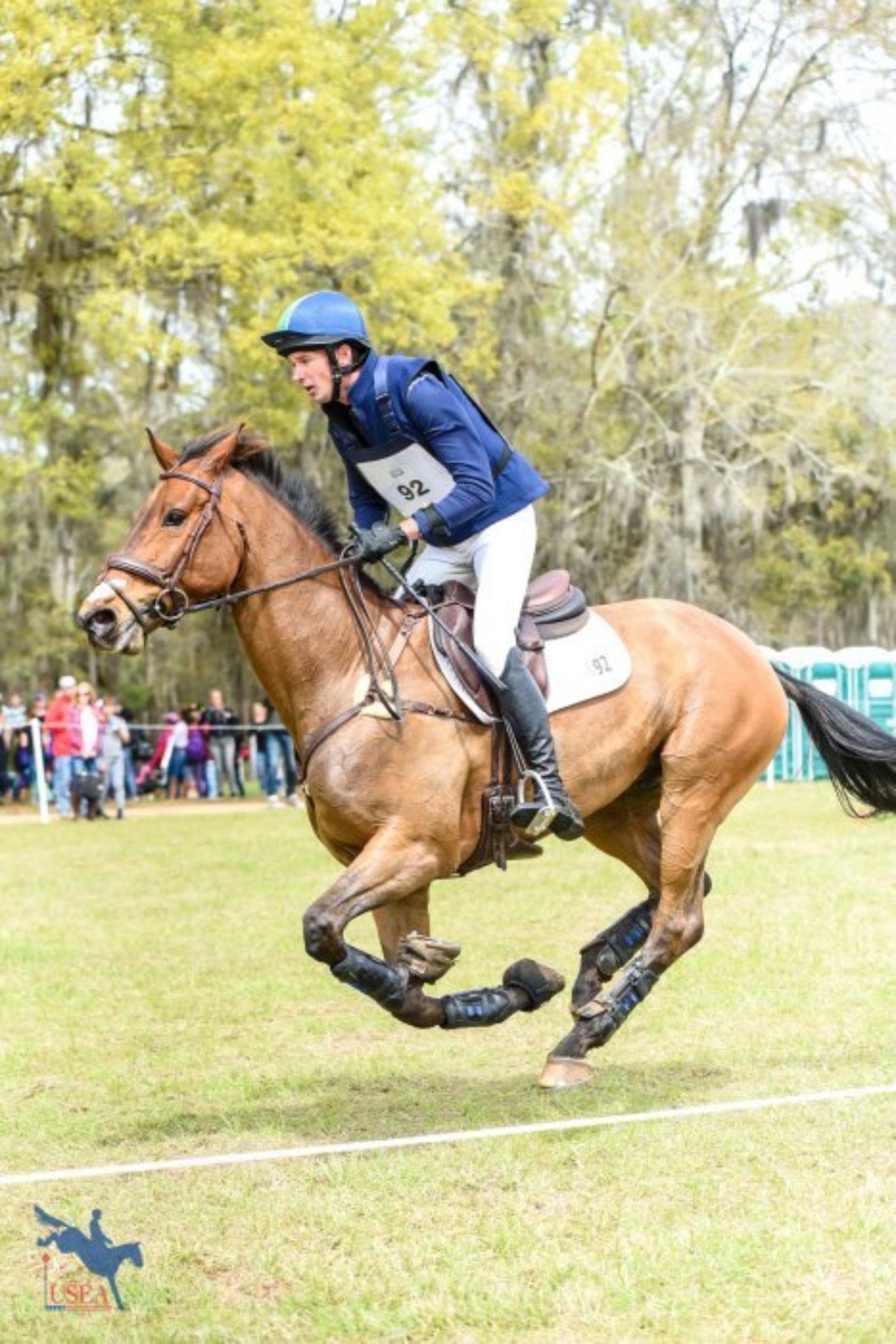 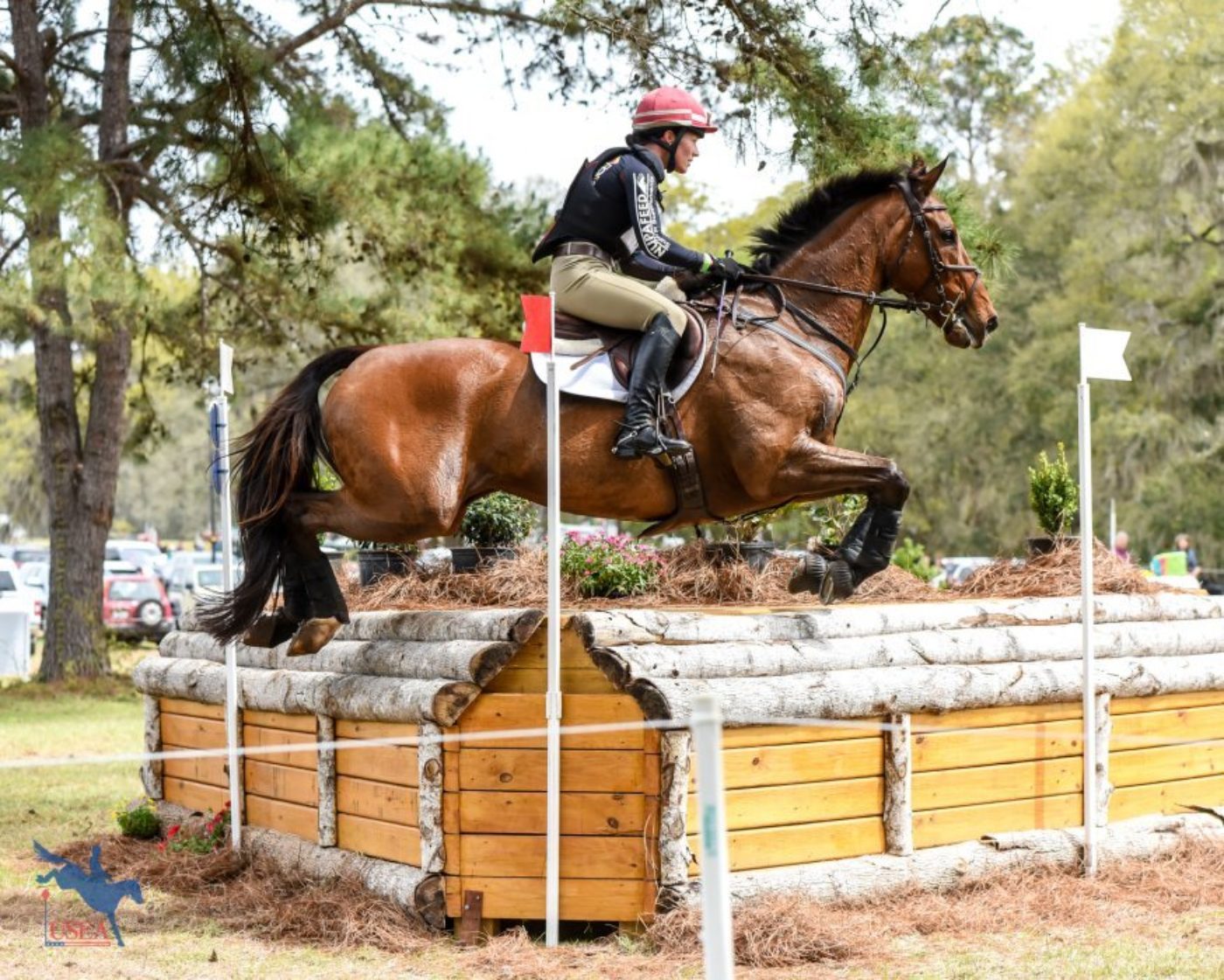 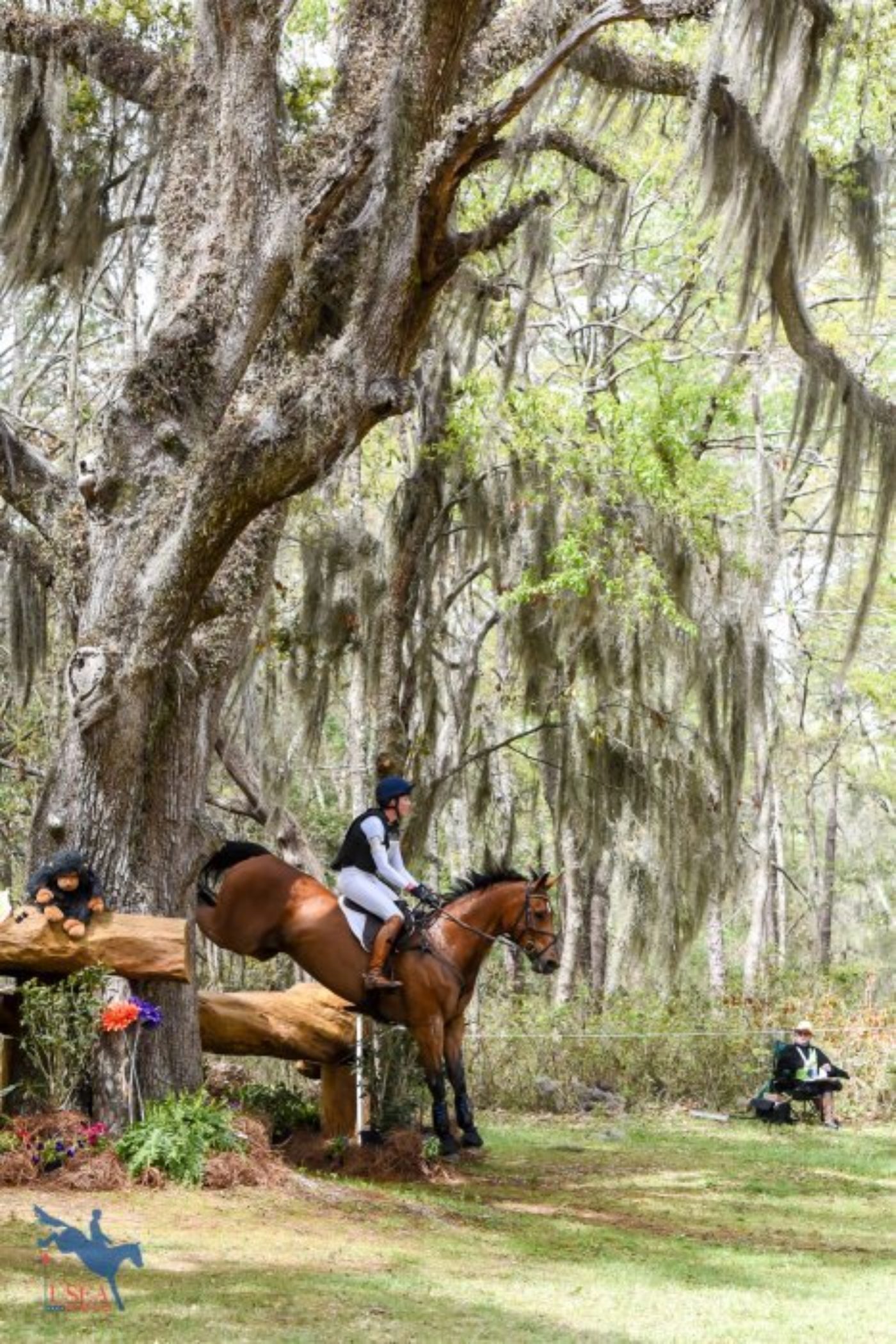 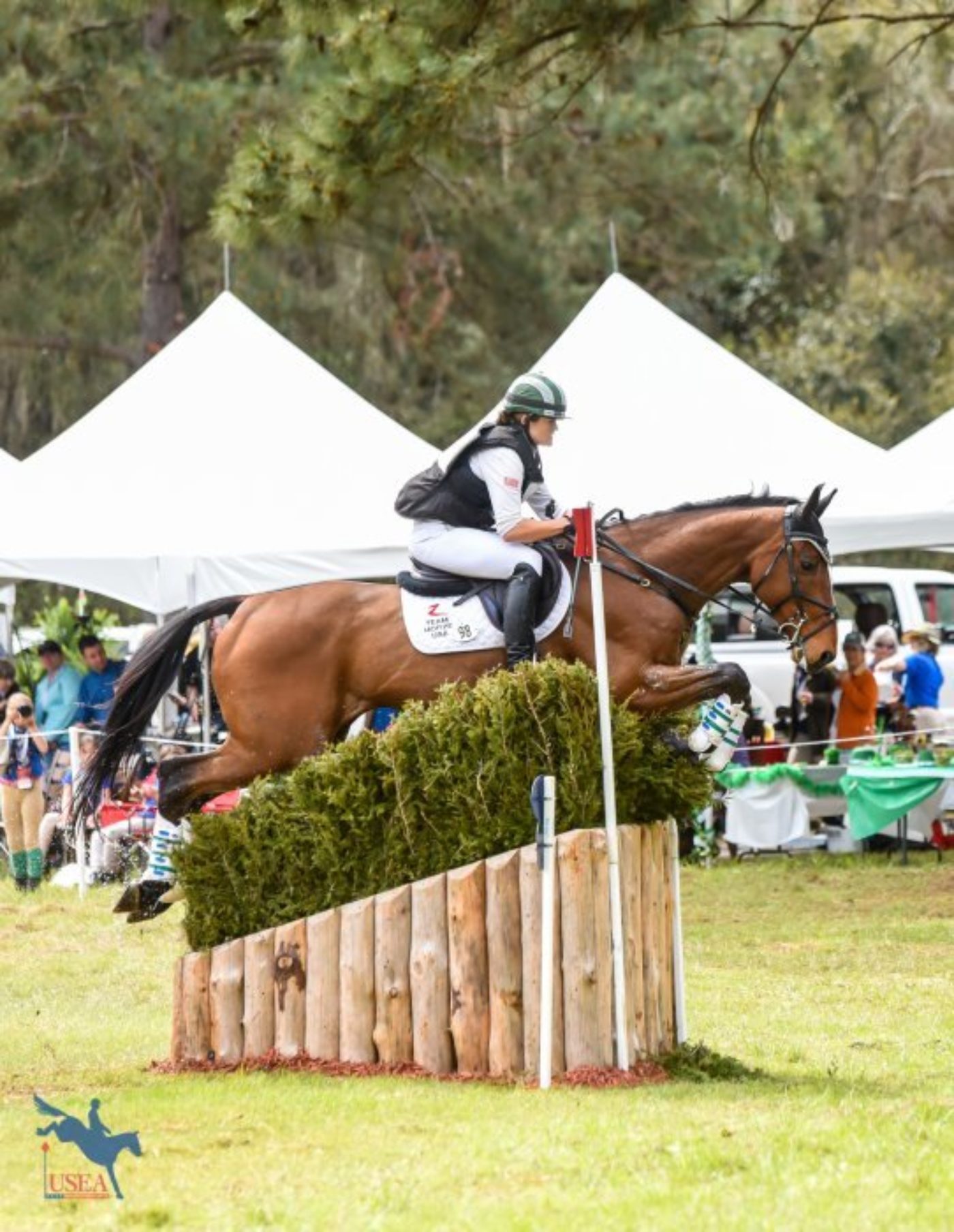