“He was a 4-year-old that I actually saw when I was in England, based out of Rodney Powell’s,” stated Smith. “Rodney did the Burghley Young Event Horse in the 4-year-olds last fall, and I loved him and actually tried to figure out a way to buy him and couldn’t really come up with a way. We’d also been looking for a horse for Bonner and vetted a couple here in the United States, and finally I just go, ‘you’ve got to buy this horse. We’ll make him an offer he can’t refuse. I promise you if you don’t like him, I’ll find a way to buy him from you.’ She bought him sight unseen. I’d ridden him when I was there and I already knew about him, so she was like, ‘ok if you say so.’ I got some video for her to look at, and she just kind of went out on a whim,” Smith said.

The gelding received the best dressage score as well as the best jumping score of the division, finishing on the highest cumulative score of the day, an 80.81. Summerbridge Parc also was the winner of the Safe Harbor Award, which is presented to the young horse who consistently exhibits the most graceful and rider friendly performance throughout the competition.

“How do you judge what’s going to be a top four-star horse? I think you just get this feeling,” explained Smith. “You look at their blood - he’s bred impeccably to be a four-star horse - and then you look at their rideability - he’s got extremely wonderful rideability - and his conformation is great. You feel the jump, and look at his paces and the horse has all the ingredients he needs. I always loved him and Rodney Powell has done his fair share. He thought the horse would be a great horse, and he has been. He’s been unreal.”

“I’m really excited for Bonner, and she’s a great rider. She’s done Rolex a few times and she’s going to have a great time with him,” Smith exclaimed.

2 A.M., a Dutch Warmblood by Sheraton and out of Regina K claimed the Reserve Champion title in the 5-year-old Championship on a score of 72.08. The gelding is owned and ridden by Charlotte Babbitt, who has a fairly new partnership with the horse. 2 A.M. won the 4-year-old Championship on the East Coast last year with professional rider Matt Flynn, and has been in the hands of Babbitt the last six months.

“He [2 A.M.] was excellent,” stated Babbitt. “He’s been going so well at home and he went in there and was super good in the dressage ring, and he went out on cross-country and the jumping, and he was super and jumped everything really well, and even saved my butt a couple times. He’s so good, and he’s so much fun. He just says yes and it’s so much fun to ride a horse that is just so willing to have fun,” exclaimed the 16-year-old. “I really believe in the Young Event Horse track, and I think it’s super cool.”

Andrea Baxter and her own Holsteiner mare, Enfinity (Cortilo x Ericka) rounded out the top three in the 5-year-old Championship on a cumulative score of a 67.30.

Marc Grandia rode Sunsprite Ranch LLC’s Oldenburg gelding Sunsprite’s Watusi (Wild Dance x Kamirette) to the top of the leaderboard in the 4-year-old West Coast Championship. Placed in the middle of the pack after dressage and conformation, Sunsprite’s Watusi climbed the leaderboard after finishing with the highest jumping score of the division, bringing their final score up to a 78.05% to claim victory.

“He’s Oldenburg, Hannoverian and Dutch,” explained Grandia of Sunsprite’s Watusi. “He’s been a really good boy, and this is only his second time out this year. He went to Rebecca Farm for his qualifier and he jumped around the Novice there as well. Then he had a few weeks off and then we brought him back for this Championship.”

“The Sunsprite breeding program is fantastic. Obviously they have incredible horses, but this is the first one I’ve had the pleasure of working with. They sent him to me as a 3-year-old last fall and they’ve been absolutely fantastic to work with. They’re always looking out for the horse, which is why he hasn’t shown much this year, because he didn’t need to. Pam [Duffy] and Don [Trotter] of Sunsprite Warmbloods wanted to see him do it [Young Event Horse]. I’ve done YEH in the past and had some who did well and some who didn’t do well. Really, Pam and Don wanted to see him go to Rebecca and he did really well there, so we decided to bring him down here for the Championships. It reflects really well on their breeding program, and for me it’s just a fun experience,” said Grandia.

CrissCross PCH, owned by Nancy Read and ridden by Nicole Carroll claimed the title of Reserve Champion in the 4-year-old division, finishing on a cumulative score of 77.47.

“He’s just a super good boy, explained Carroll of CrissCross PCH. “He’s really easy and really sweet, and every day I ride him is just a joy. He’s an amazing horse. We joke that he’s 4 going on 12 because nothing bothers him. He went in there and that’s kind of a lot of atmosphere for a baby, and he just doesn’t care. He’s really calm and really relaxed and when you see him in the barn, you think there’s no way he’s going to fly around cross-country because he’s just so chilled out, and then the minute he sees jumps his ears go forward and he’s all in. It’s a really nice personality for a horse because he’s very relaxed and very calm, but really willing to go when you ask him for it.”

The MB Group LLC’s MaiStein rounded out the top three with rider Tamra Smith. The Oldenburg gelding, sired by Rocky Lee, had the best conformation and dressage scores of the division, and ended on a final score of 74.71.

This year’s lineup of judges on both coasts are impressive and consist of: distinguished FEI 3*/4* judge and International young horse judge, Judy Bradwell, who helped develop the Burghley Young Event Horse Finals, and then won it herself several times riding horses she produced; USEF dressage and eventing judge and former USET rider, Mark Weissbecker; and returning judge and speaker on producing and evaluating young horse prospects, Faith Fessenden.

The East Coast USEA YEH Championships take place next week at Fair Hill in Elkton, Md., where the same three judges will travel to determine if any young horses can top Summerbridge Parc’s score. The overall champion will become the top contender for the 2019 Holekamp/Turner Young Event Horse Lion d’Angers Grant, which would secure funds to help them compete at the FEI World Breeding Championships as a 7-year-old.

The USEA would like to thank all of the generous YEH Sponsors, who make the Series and the Championships possible: Standlee Hay, Merck Animal Health, SmartPak, and Professional’s Choice. The USEA would also like to thank Tim Holekamp and Christine Turner for their donations and support for the Holekamp/Turner YEH Lion d’Angers Grant. 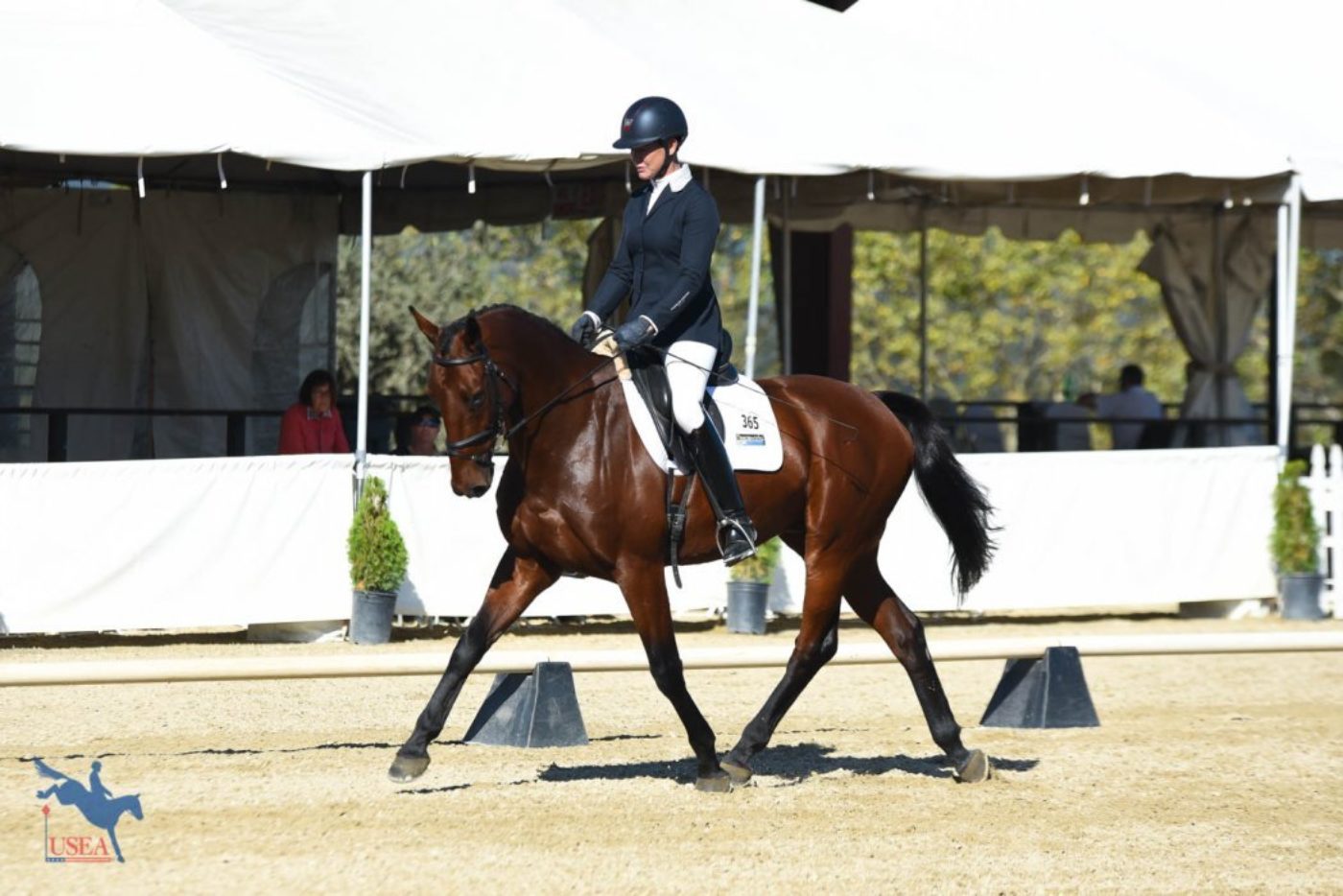 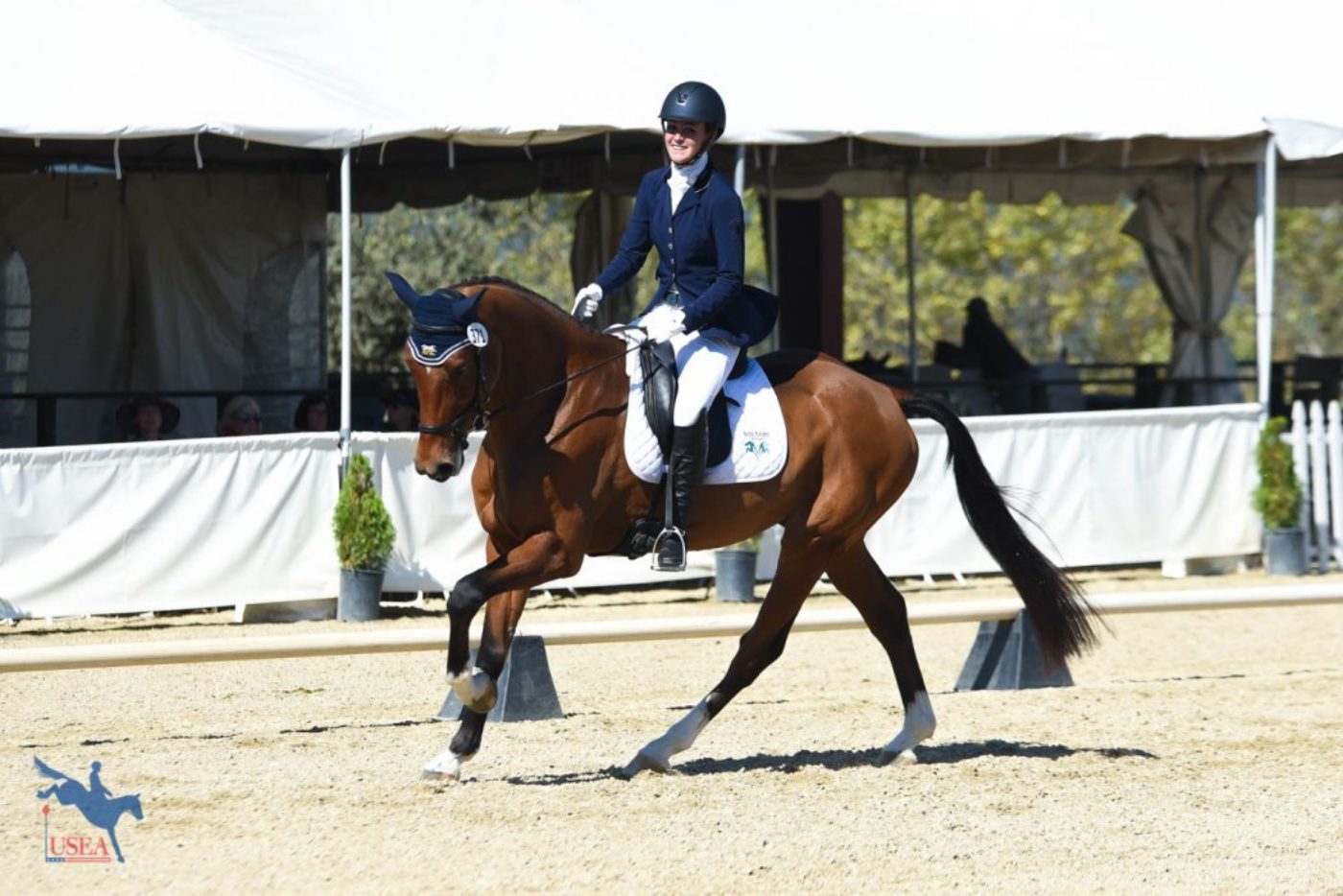 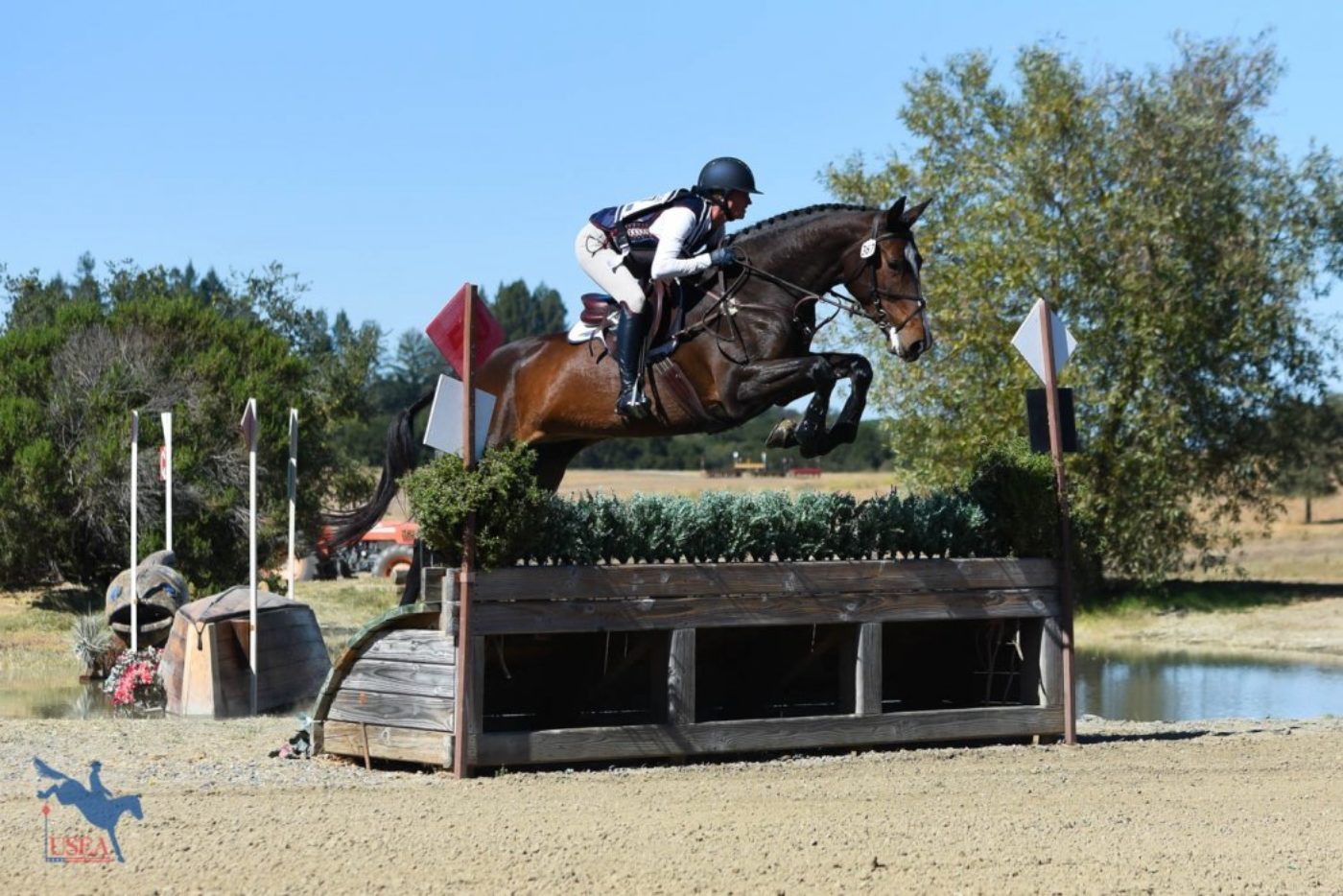 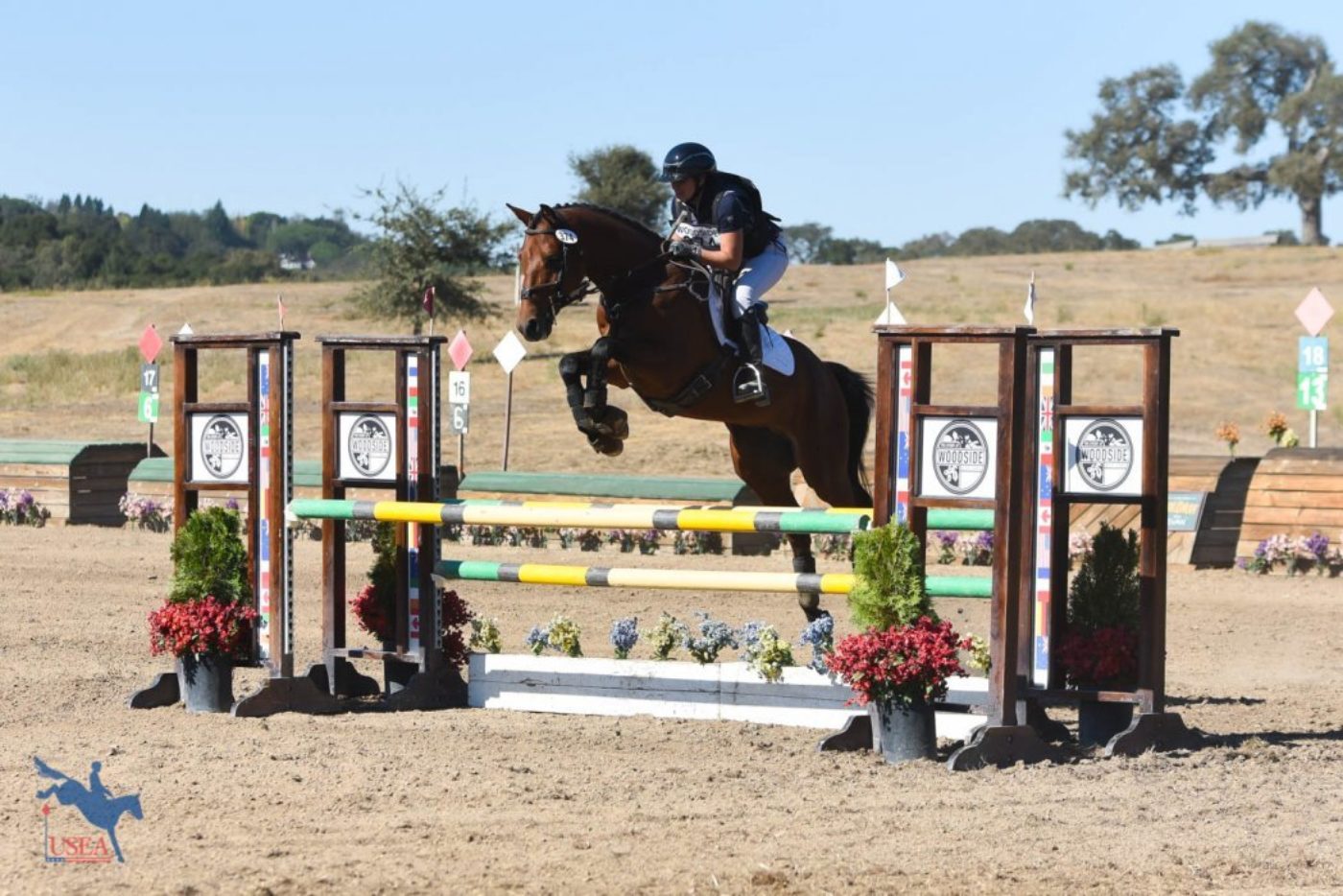 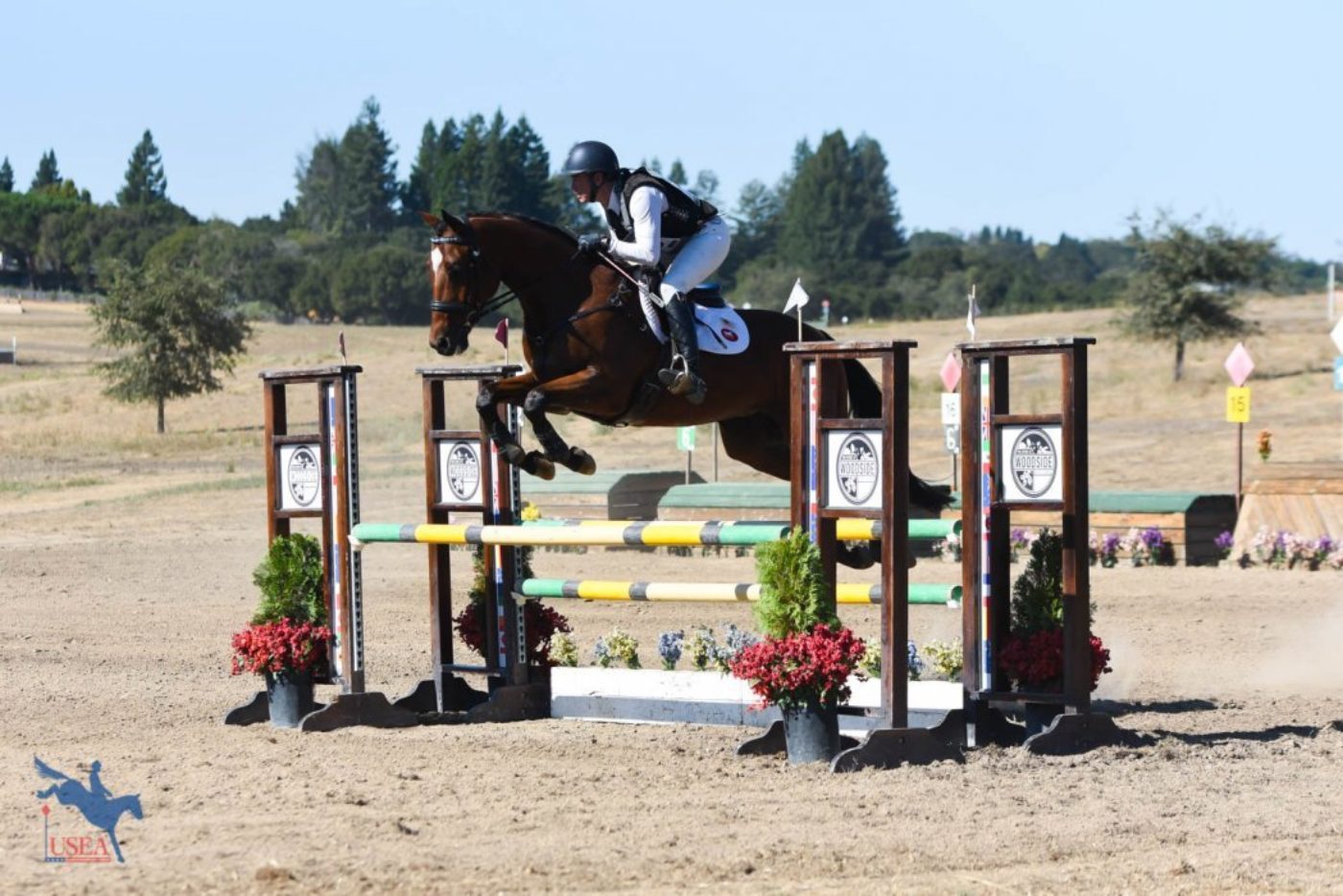 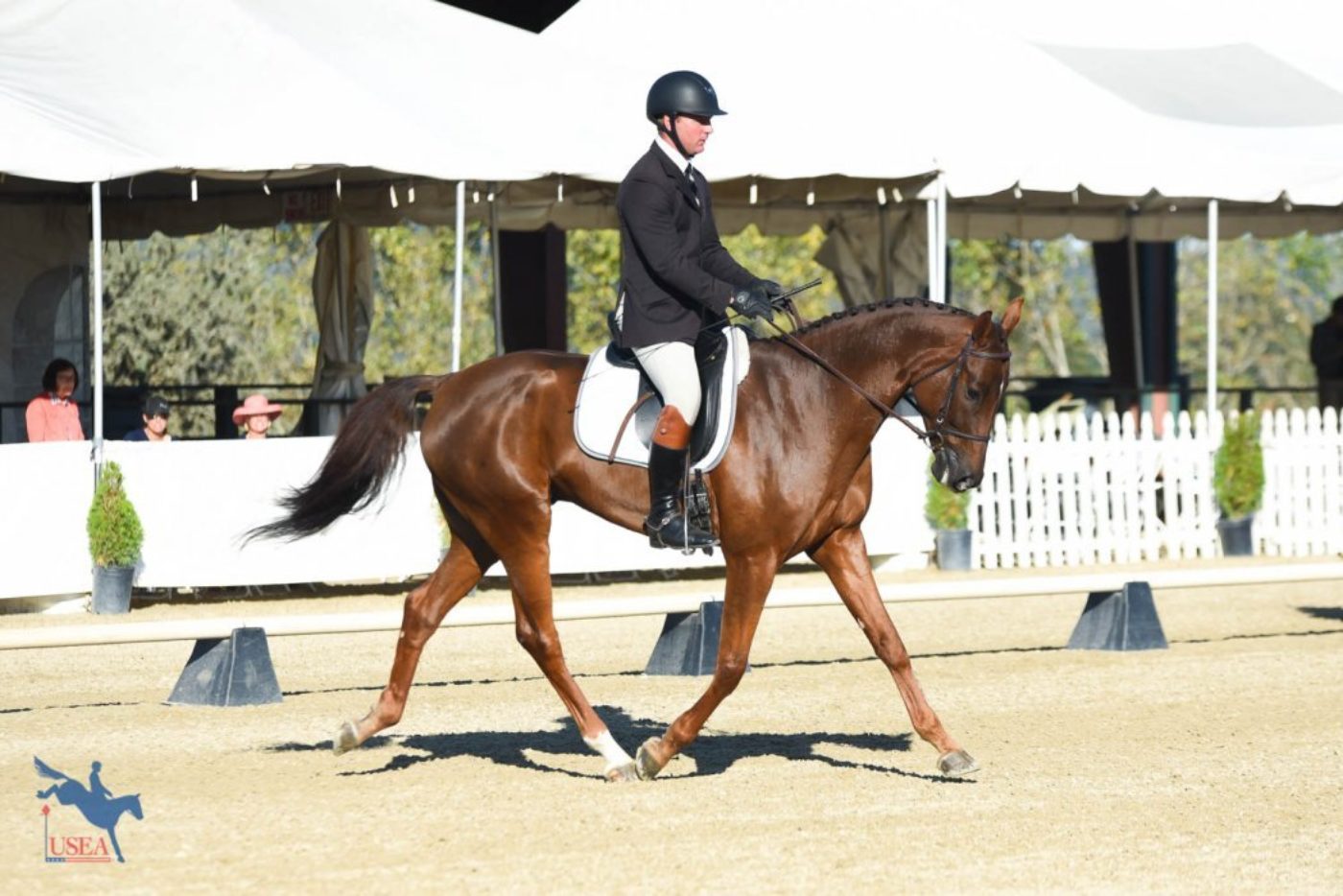 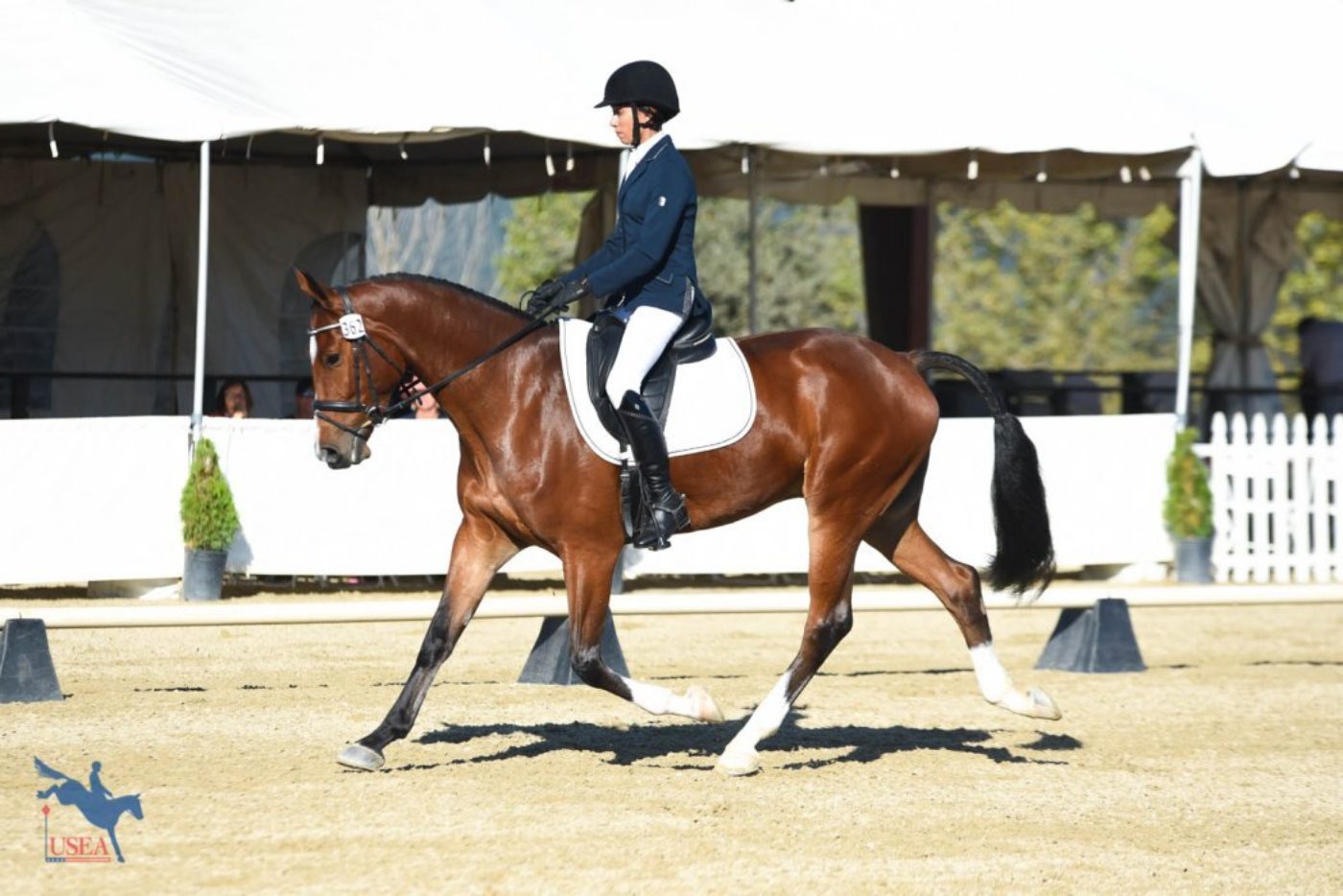 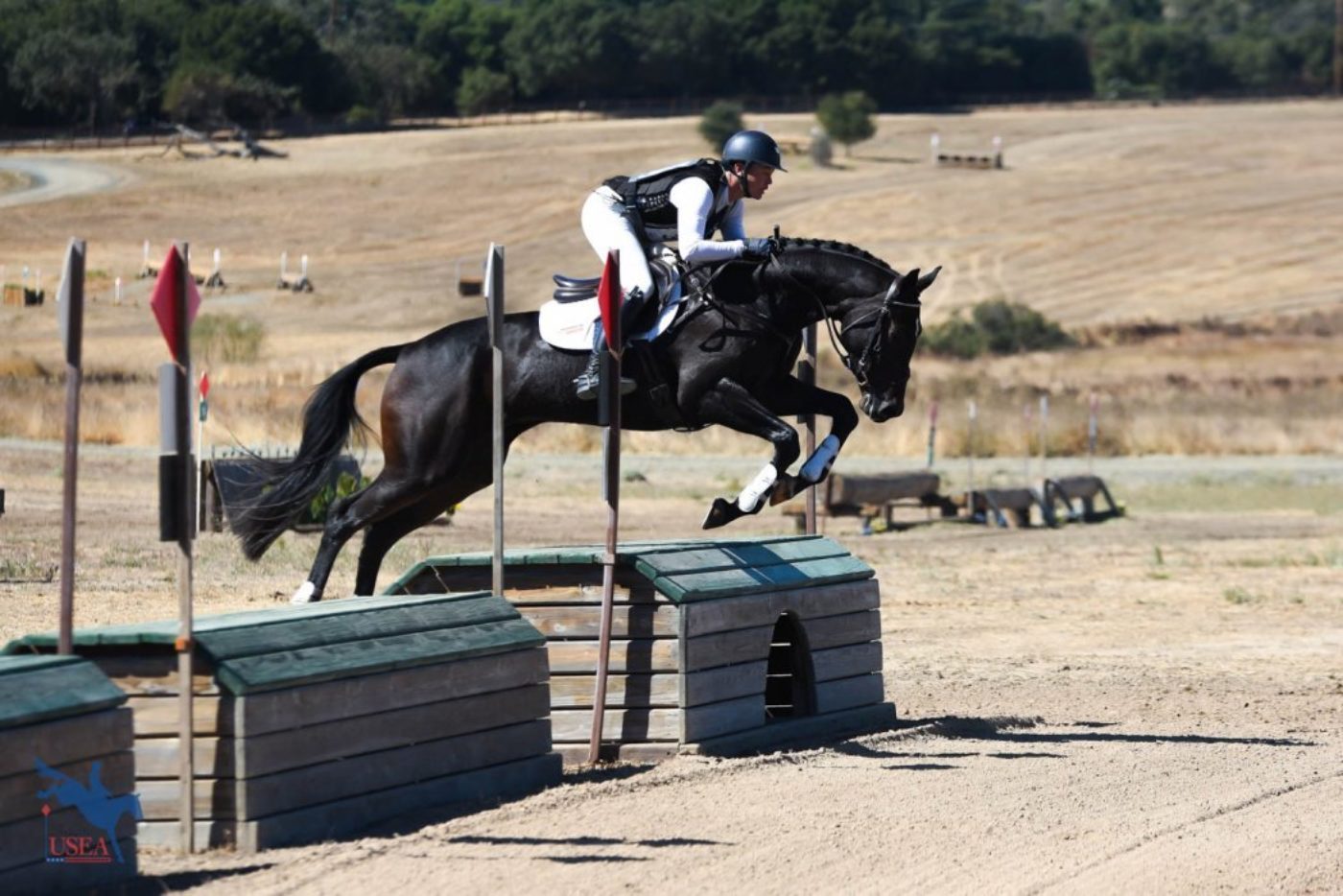 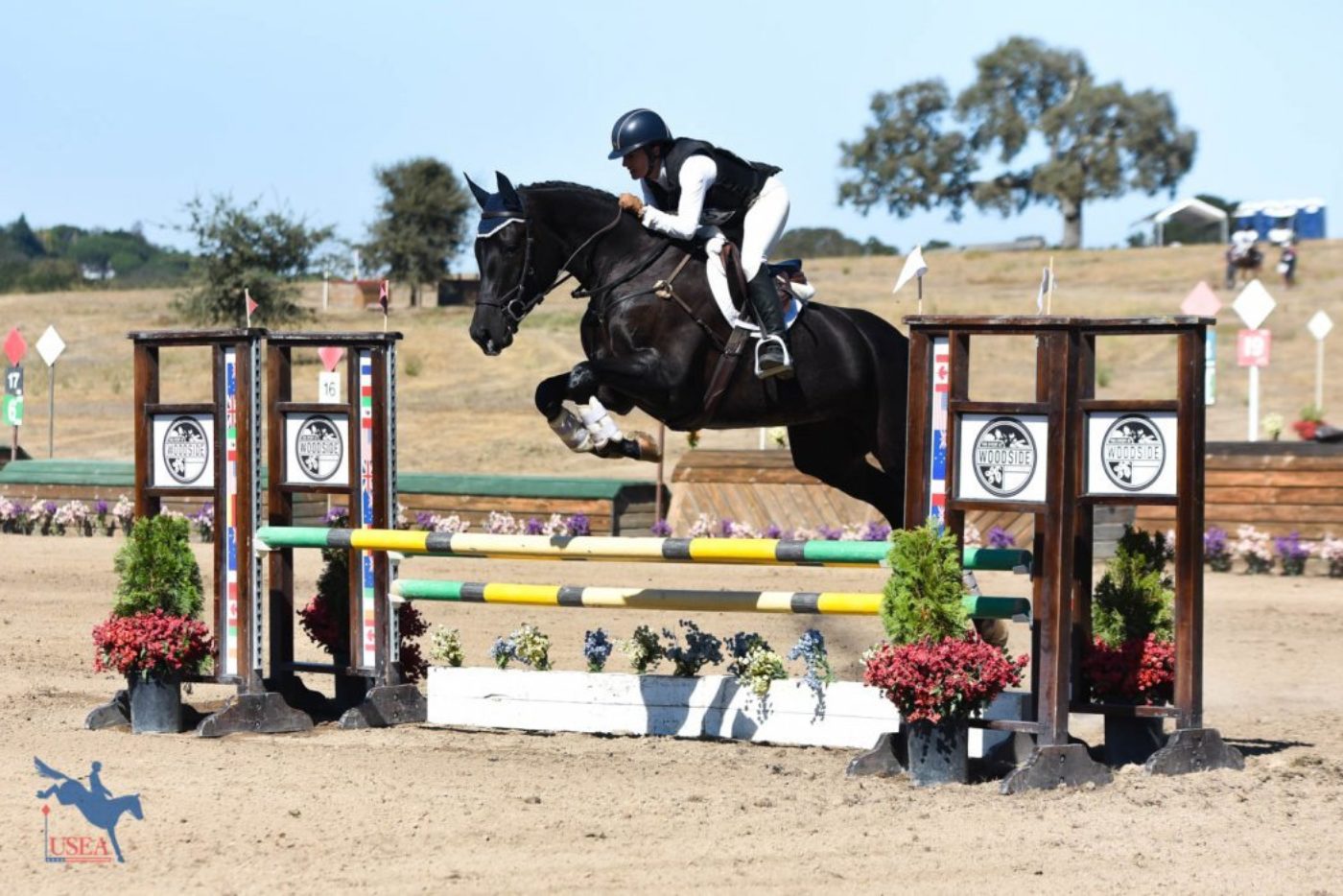 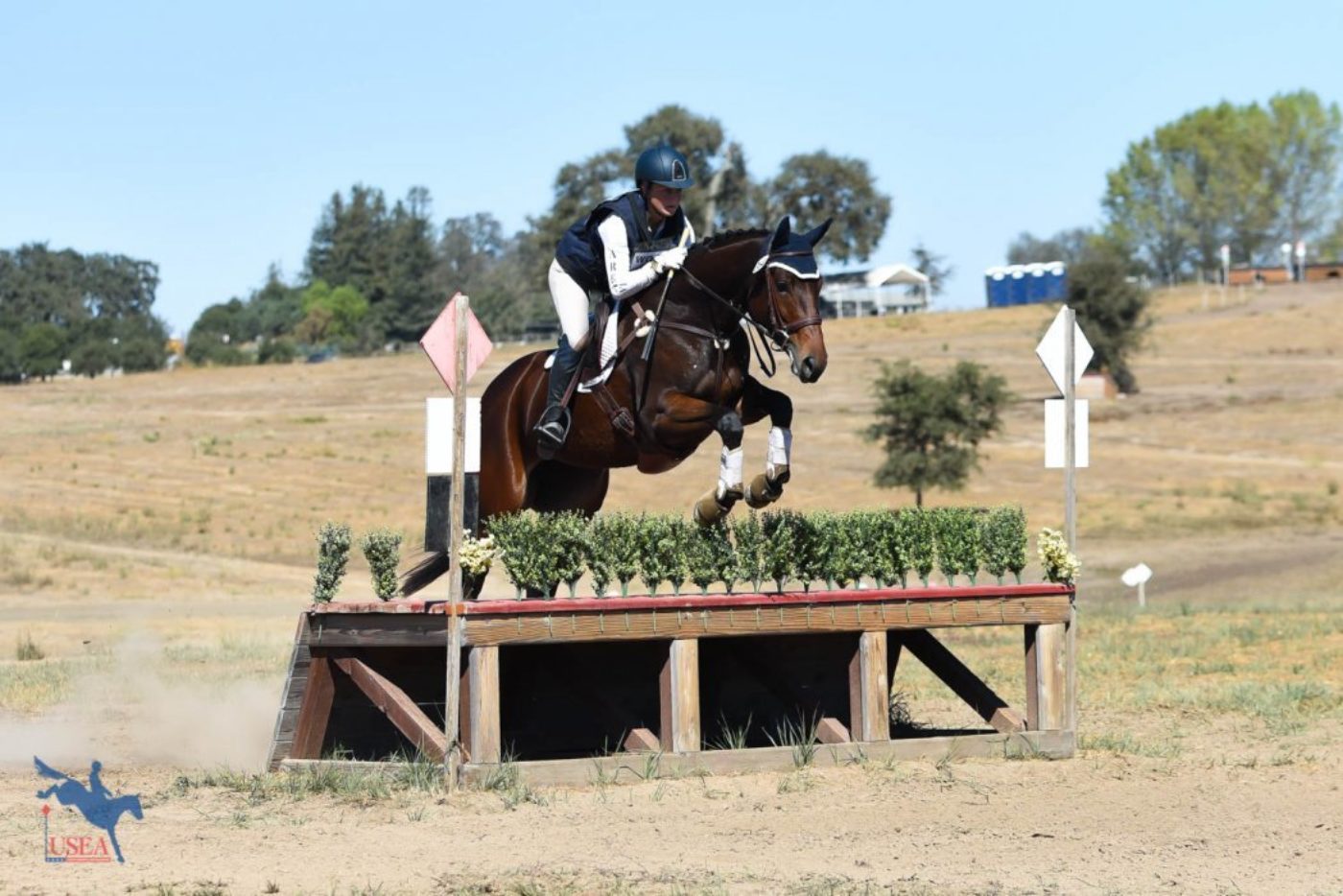