The acknowledged master of modern eventing, Michael Jung, punched Germany into silver medal position after dressage with a leading score of 18.8 - his best at the CCI5* level- with FischerChipmunk FRH (Contendro I x Havanna), the 14-year-old Hannoverian gelding owned by DOKR, Klaus and Sabine Fischer, and Hilmer Meyer-Kulenkampff. This result leaves Germany just 6.9 marks behind the British team, who hold on to the gold medal at the end of the first phase.

However, Team USA are only half a penalty behind the Germans in the bronze medal position after Tamie Smith and Mai Baum (Loredano 2 x Ramiro), owned by Alexandra and Ellen Ahearn and Eric Markell, produced the best American dressage score at a World Championship for 20 years with a score of 24. Smith is in fifth individually behind Jung, the two British top-scorers from day one - Laura Collett and London 52 on a score of 19.3 and Yasmin Ingham with Banzai Du Loir on a score of 2- and China’s Alex Hua Tian, who coaxed a mark of 23.7 out of Don Geniro.

Smith, whose only mistake with the 16-year-old German Sport Horse gelding was briefly to break into canter during the first trot extension, said: “I think he just tried a little bit too hard, and you can’t fault him for that. He doesn’t have the best medium trot, and I’m pretty sure that was the best medium trot I had before I came and cantered. It is what it is, and I think he was pretty spot-on everywhere else, so I’m really proud of him.

“I do feel like our test was better than at Badminton, and he’s in much better self-carriage and relaxation. Most of it was all brilliant, it was just unfortunate to have that one little mistake, but you try to go for it and he’s not quite strong enough to hold that. But I’m still super-ecstatic and it’s a 24, so I’ll take it!”

“He’s such a trier, this little horse, and so reliable in there,” said Martin. “He was a little bit quiet and backed off; I wish maybe I had had one less ride so he was a bit more excited, but that can backfire as well at these big championships because they can get a little nervous. All in all, I was pleased - it can always be better, it can always be worse.”

Grald said: “Overall I’m just happy to be here, and the horse has worked pretty well this week. He is a bit exuberant and gets a little nervous - he tries really hard but dressage is not his strength and he does worry a little bit, so my main goal was just to go in and keep him with me, and I think for the most part he really did that so I have to be happy with him.

“Obviously the competitive rider in me wants to go in there and knock it out of the park, but this [phase] is not his strength and we’re building every time and getting a little better every year, so that’s all I can hope for.”

This is Grald's championship debut, and she said: “It’s amazing to be here - I keep pausing and looking around and soaking it up because as a rider it’s so easy just to get laser-focused and put tunnel vision on, so I am trying to keep taking a breath and looking around. I have great teammates, so it is an honor to be here with all of them - I’m learning a lot and enjoying it.”

Will Coleman and Off The Record’s first-day score of 26.4 means they are in joint-18th place with France’s Thomas Carlile and Darmagnac De Beliad, just a little ahead of Lauren Nicholson and Vermiculus who are tied for 21st place on a score of 27.1.

The New Zealand team are now fourth, with the Australians and the French fifth and sixth.

Smith said: “I think the cross-country will suit Mai Baum perfectly. The horses need to be fast and need to be rideable, and he’s all those things, and he’s smart, he’s brave, so I’m looking forward to getting out there.

“It’s great to be here. Going to Tokyo last year really gave me some experience, just being there… you try to categorize it as just another horse show, but it is a team competition, it’s also the World Championships, so it feels awesome.

“It's been a lifelong goal of mine to be here, and to be on that horse is extra-special because I think he’s one of the best in the world and he belongs here.” 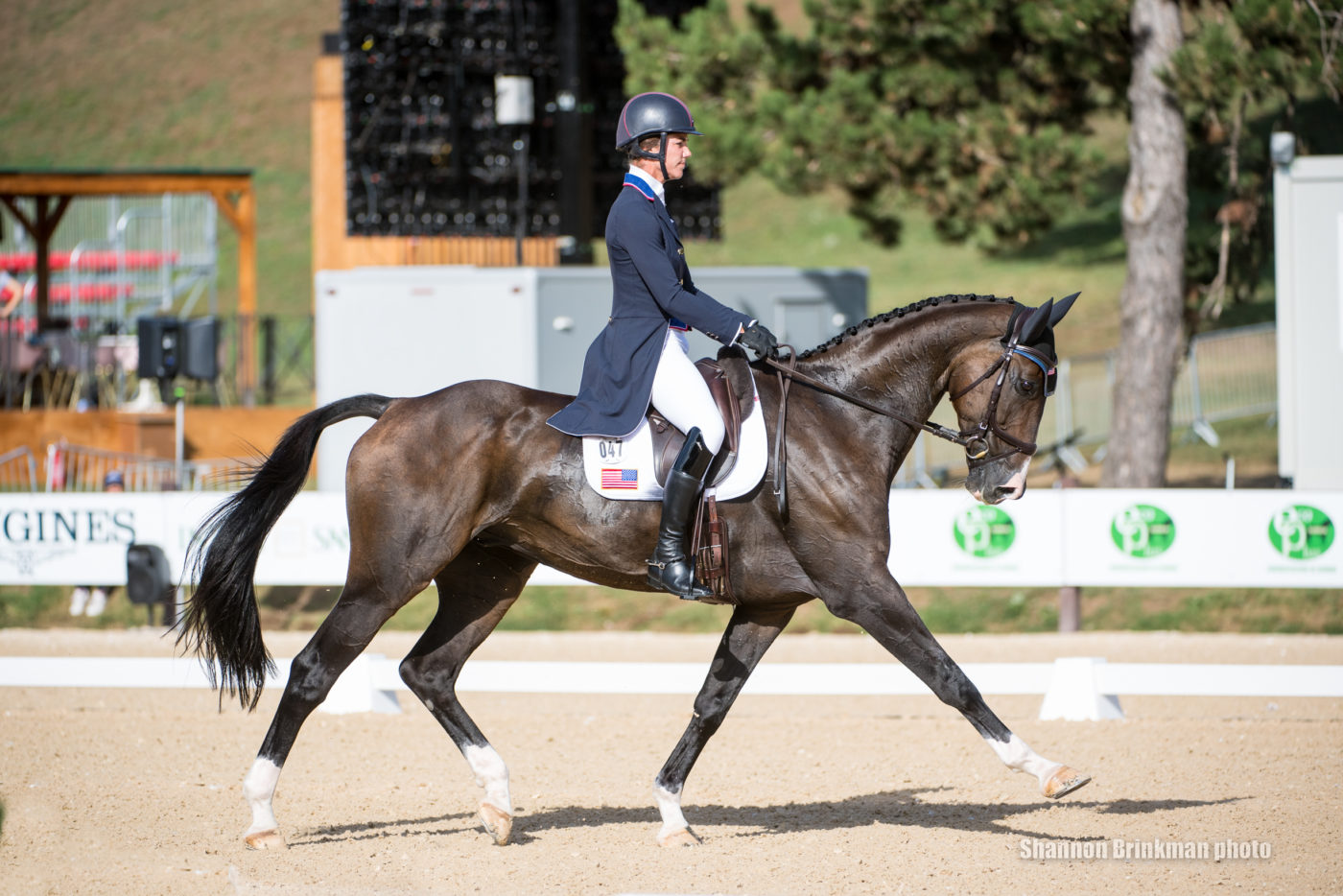 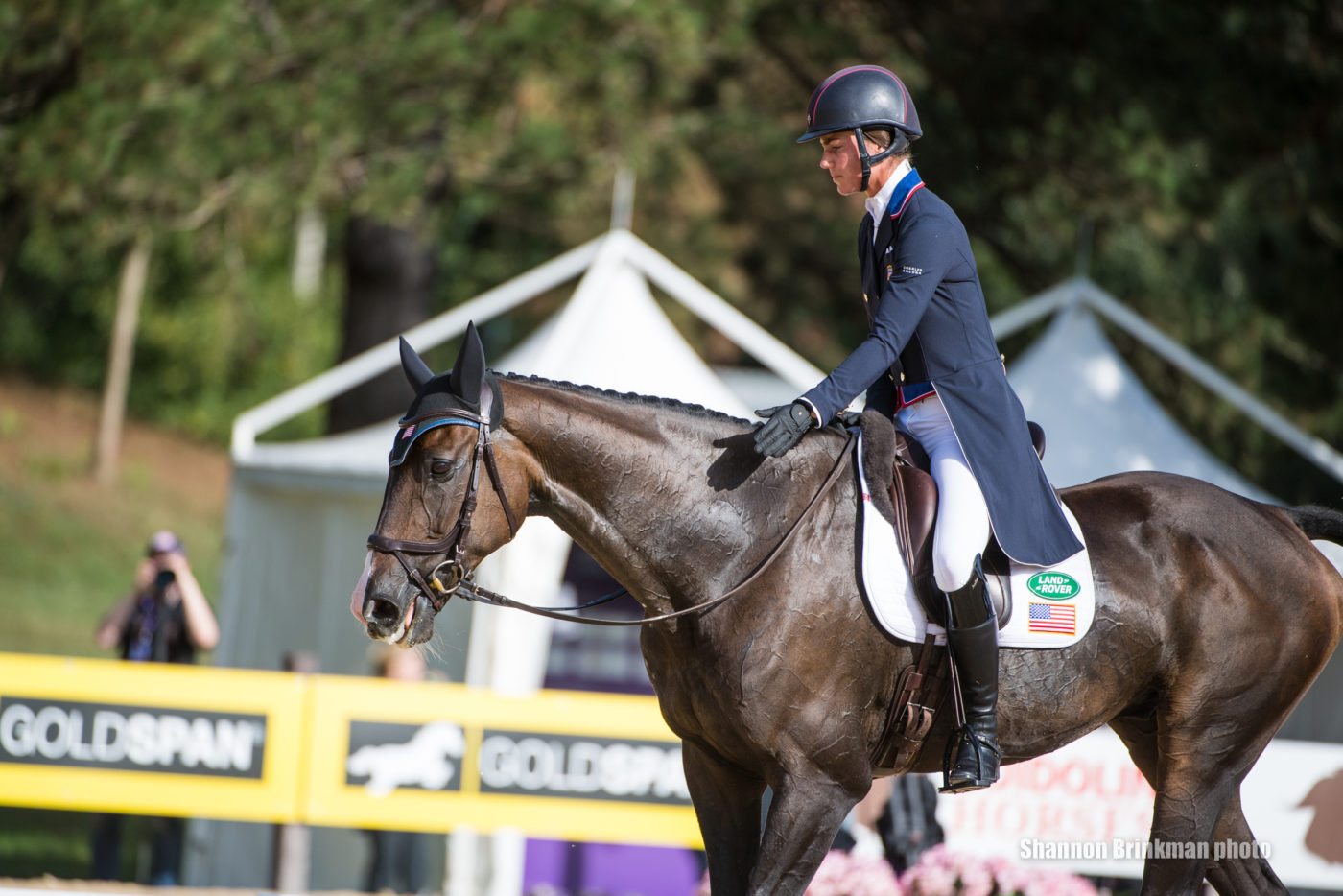 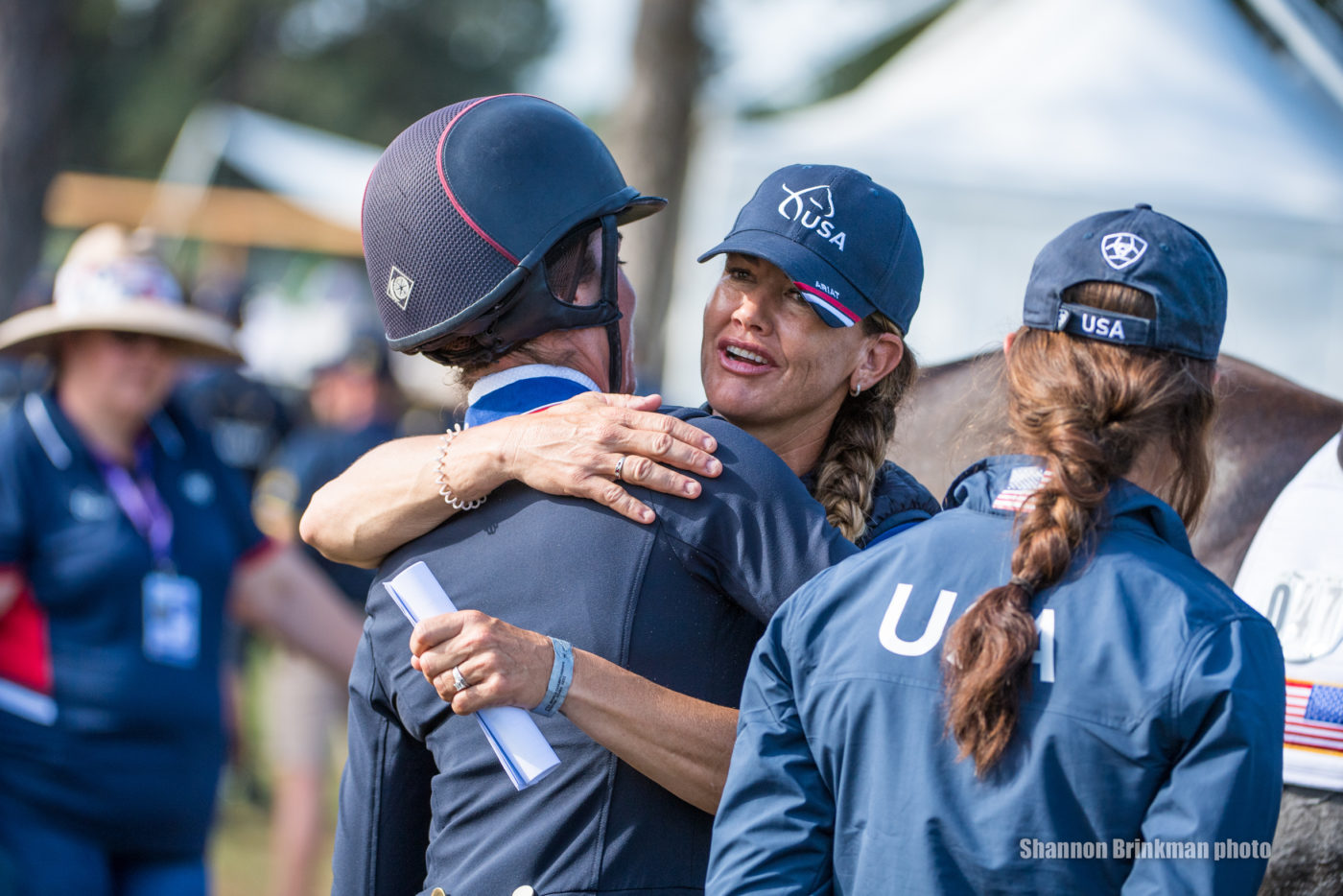 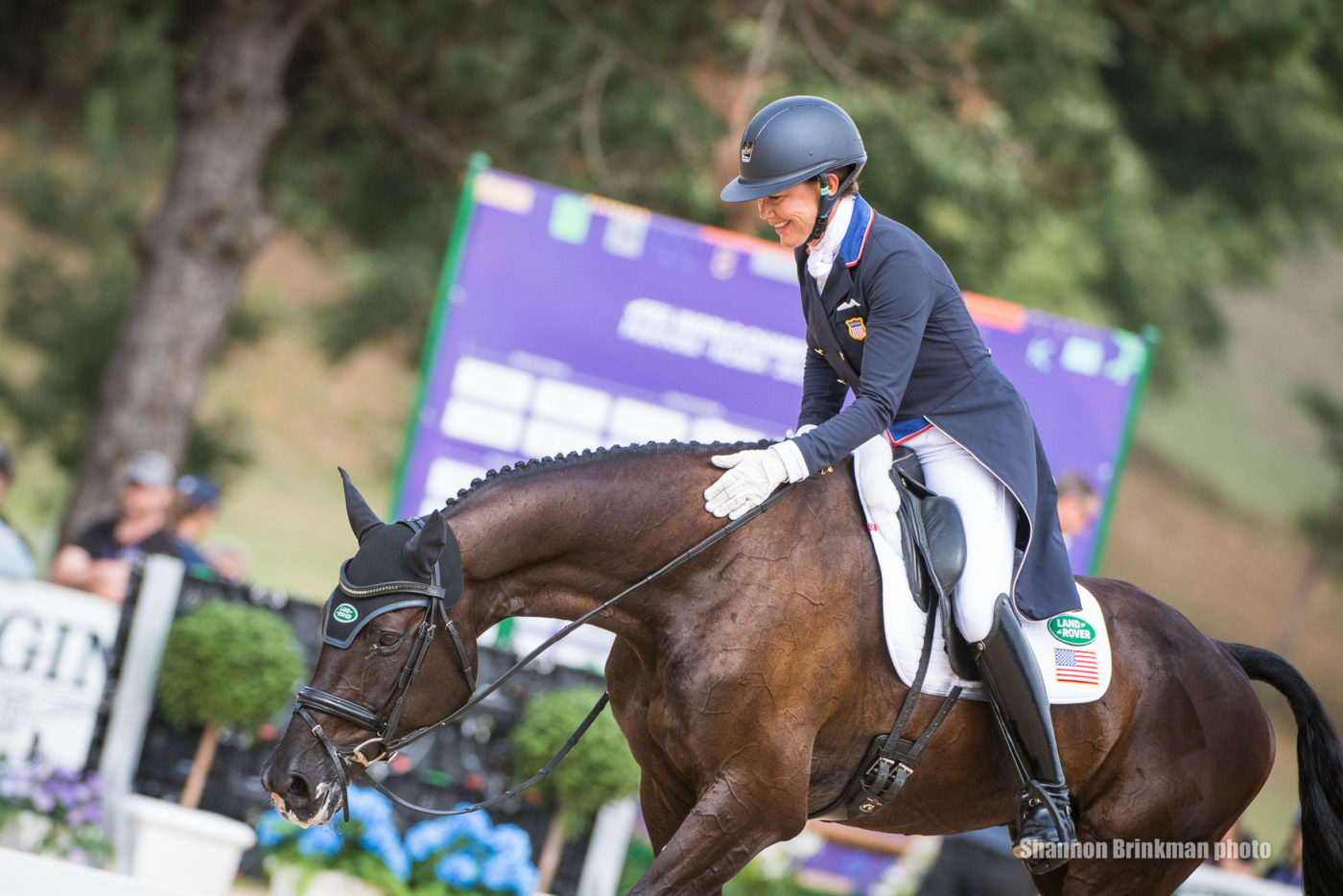 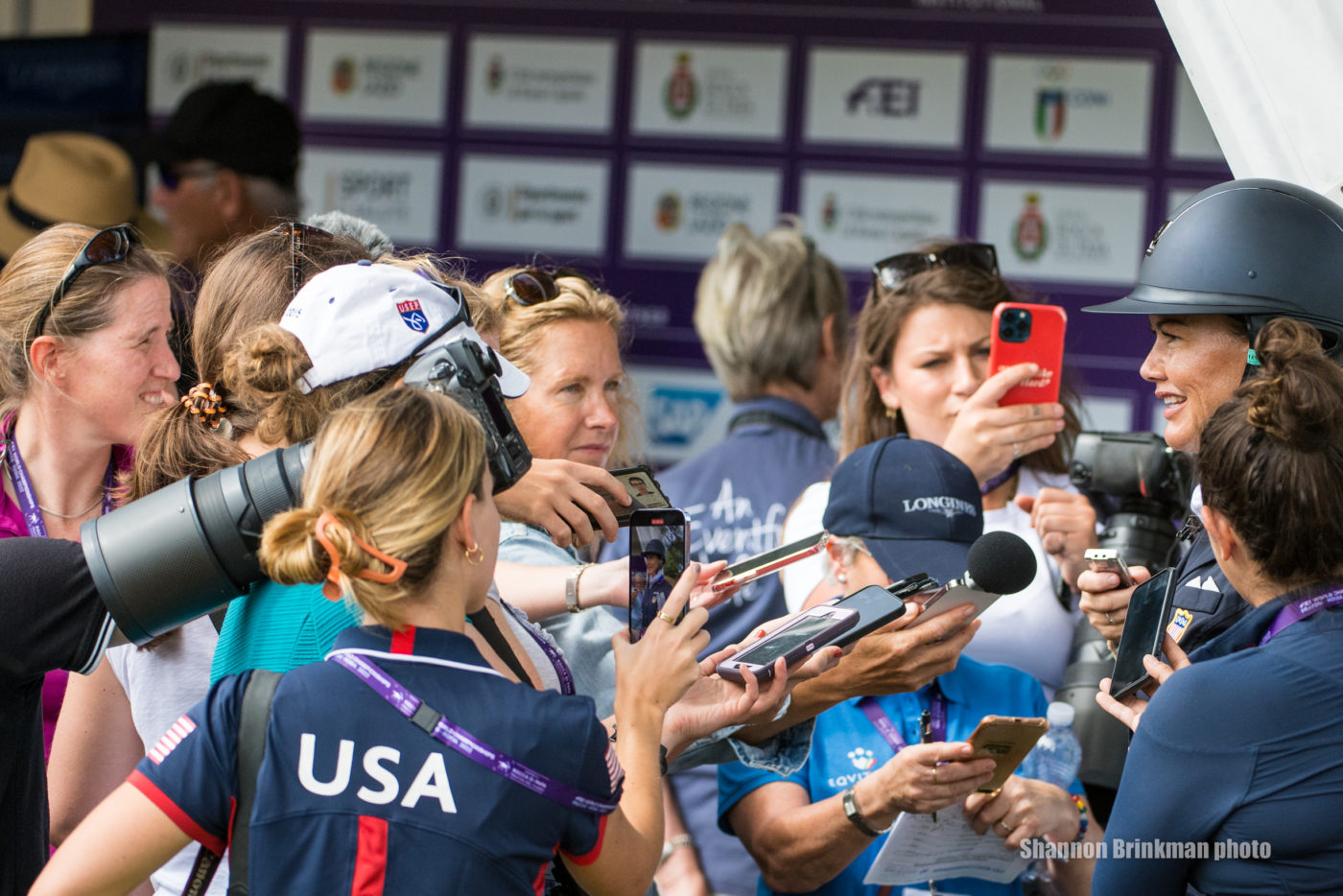 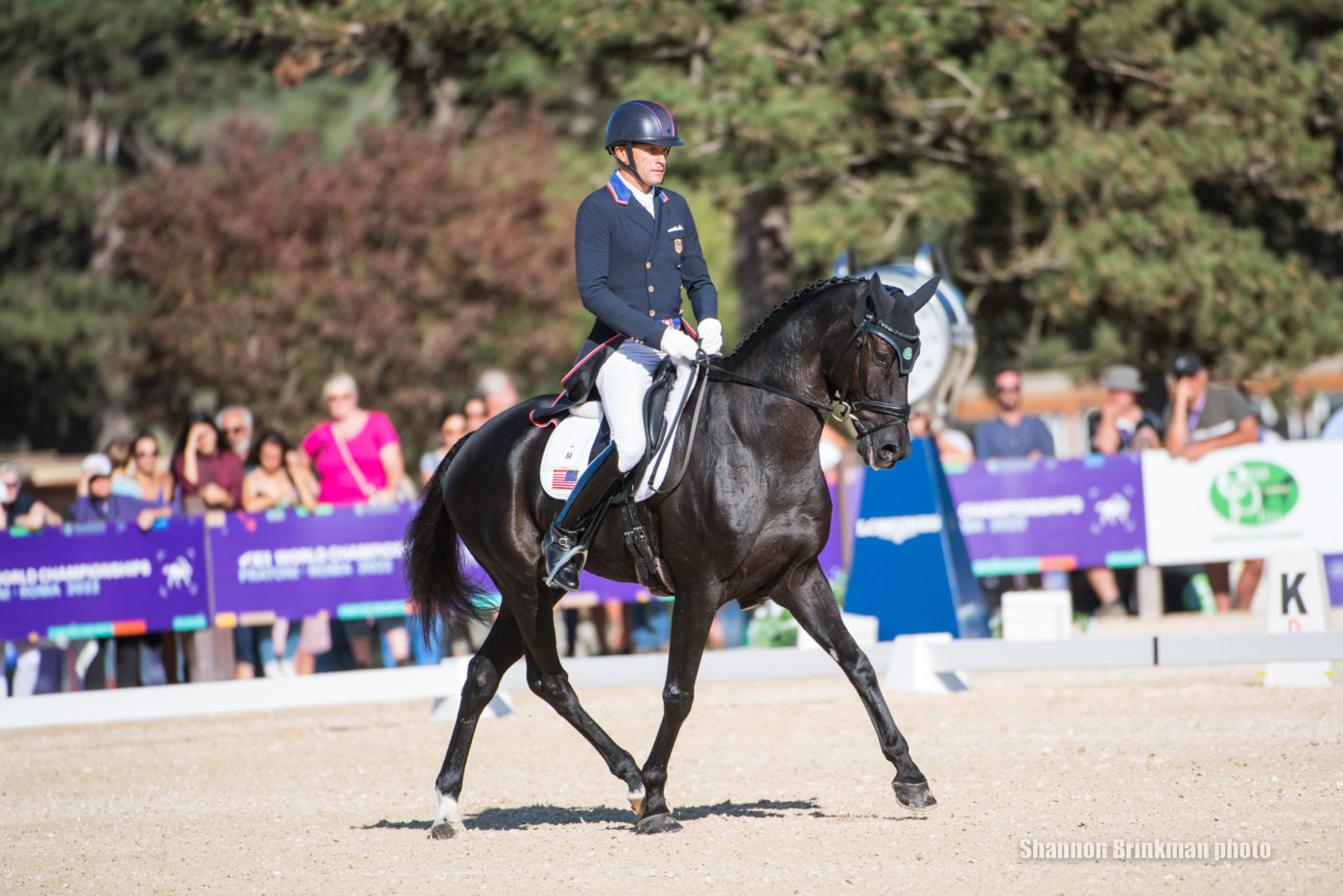 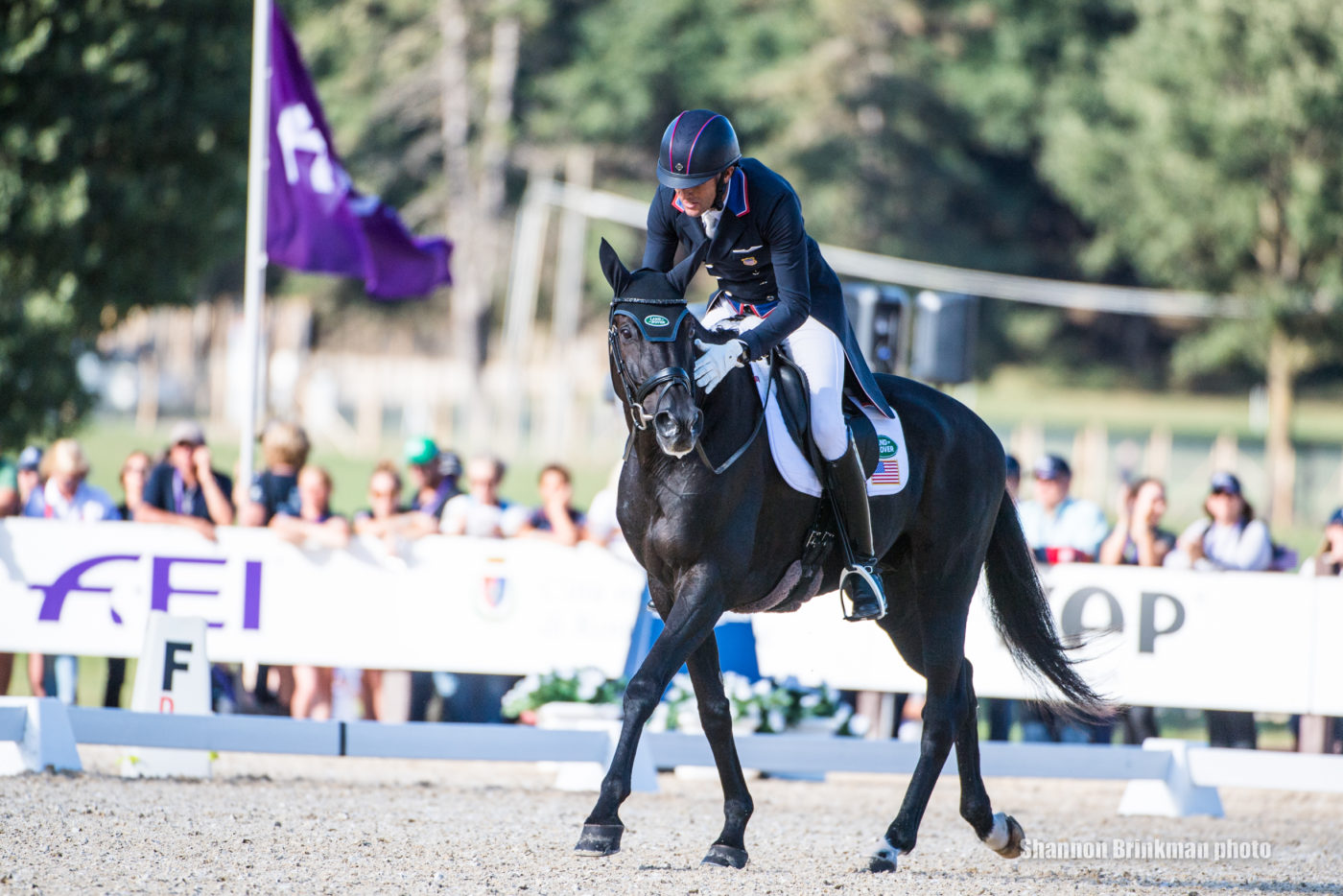 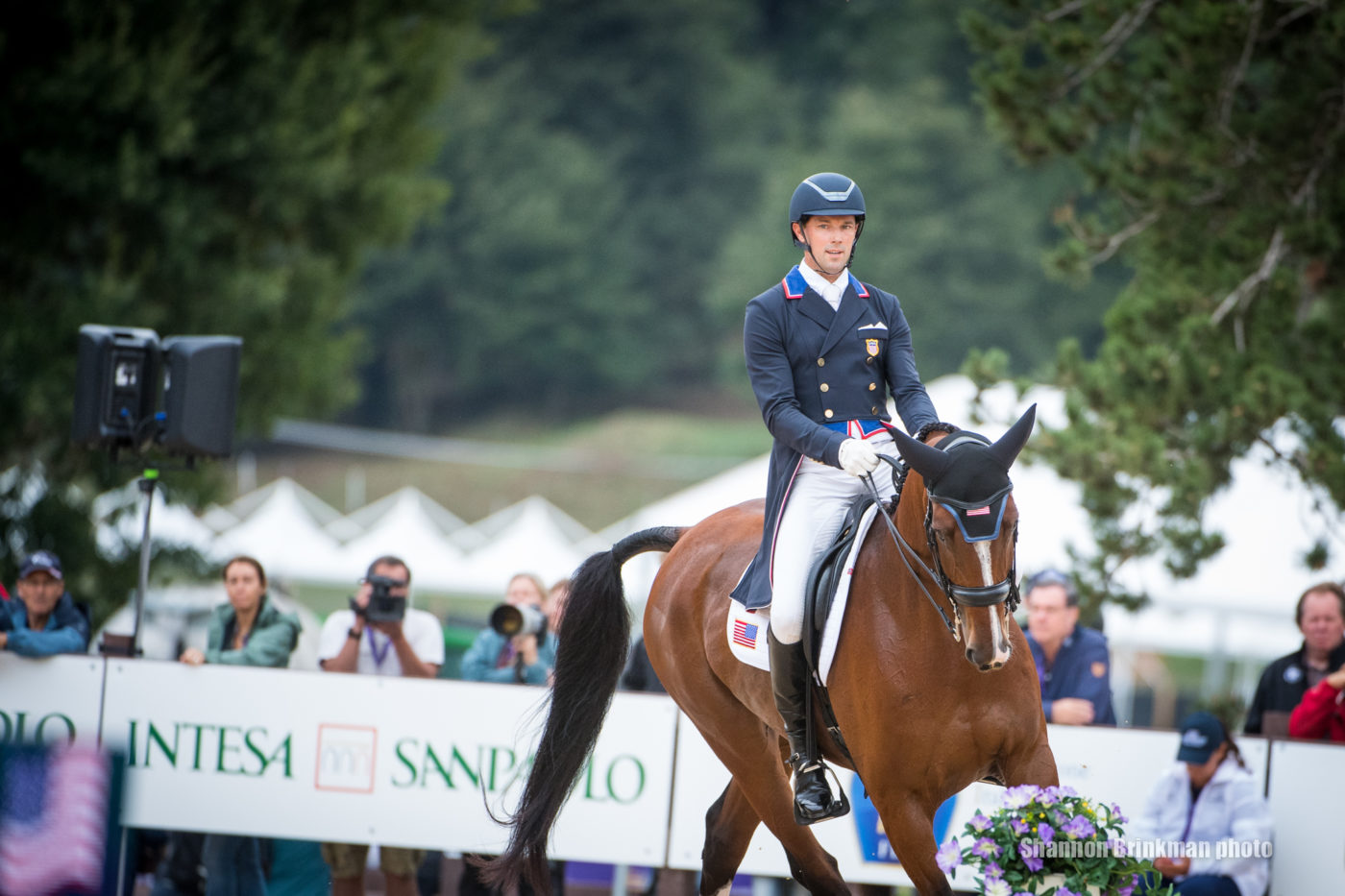 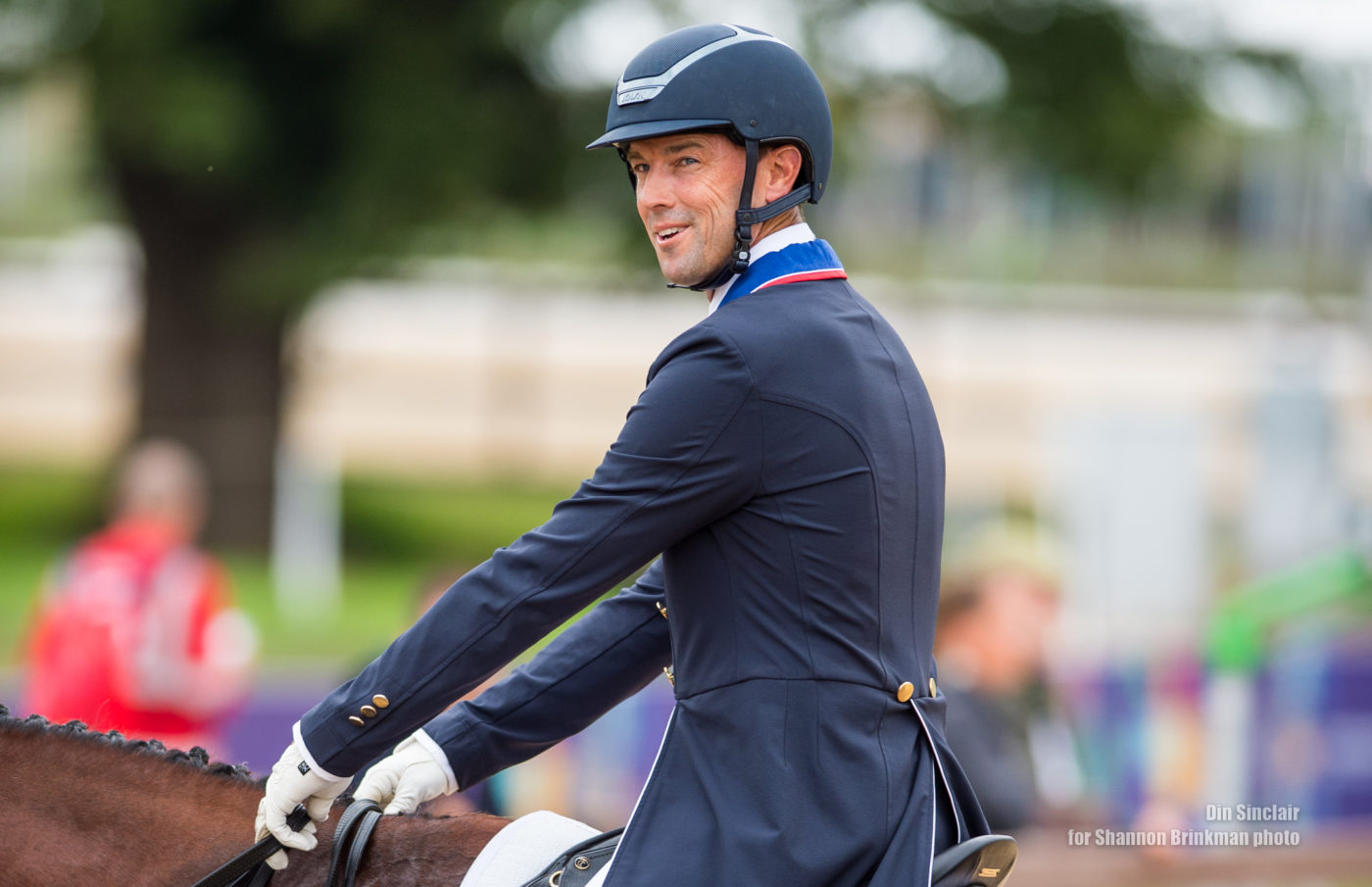 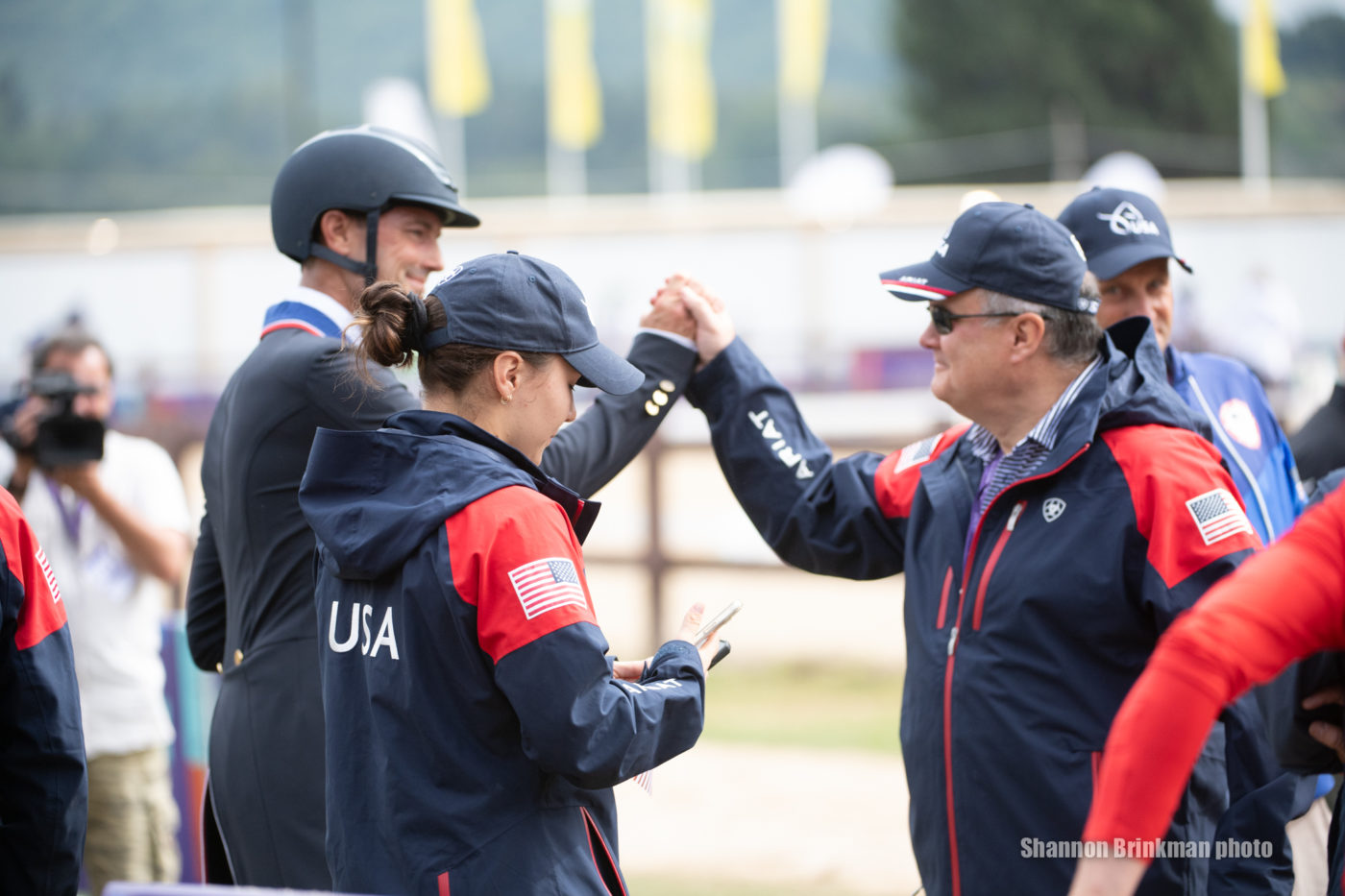 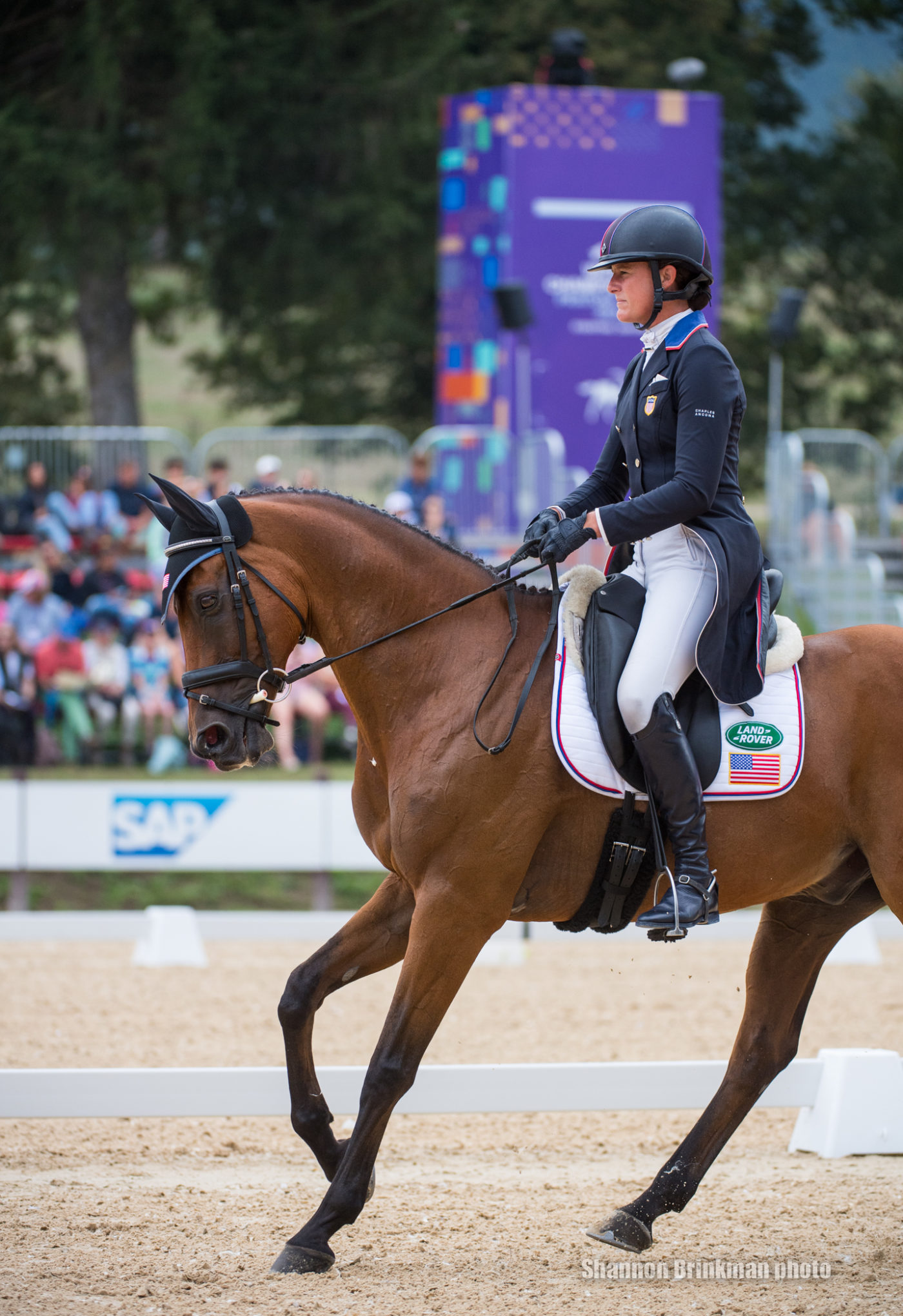 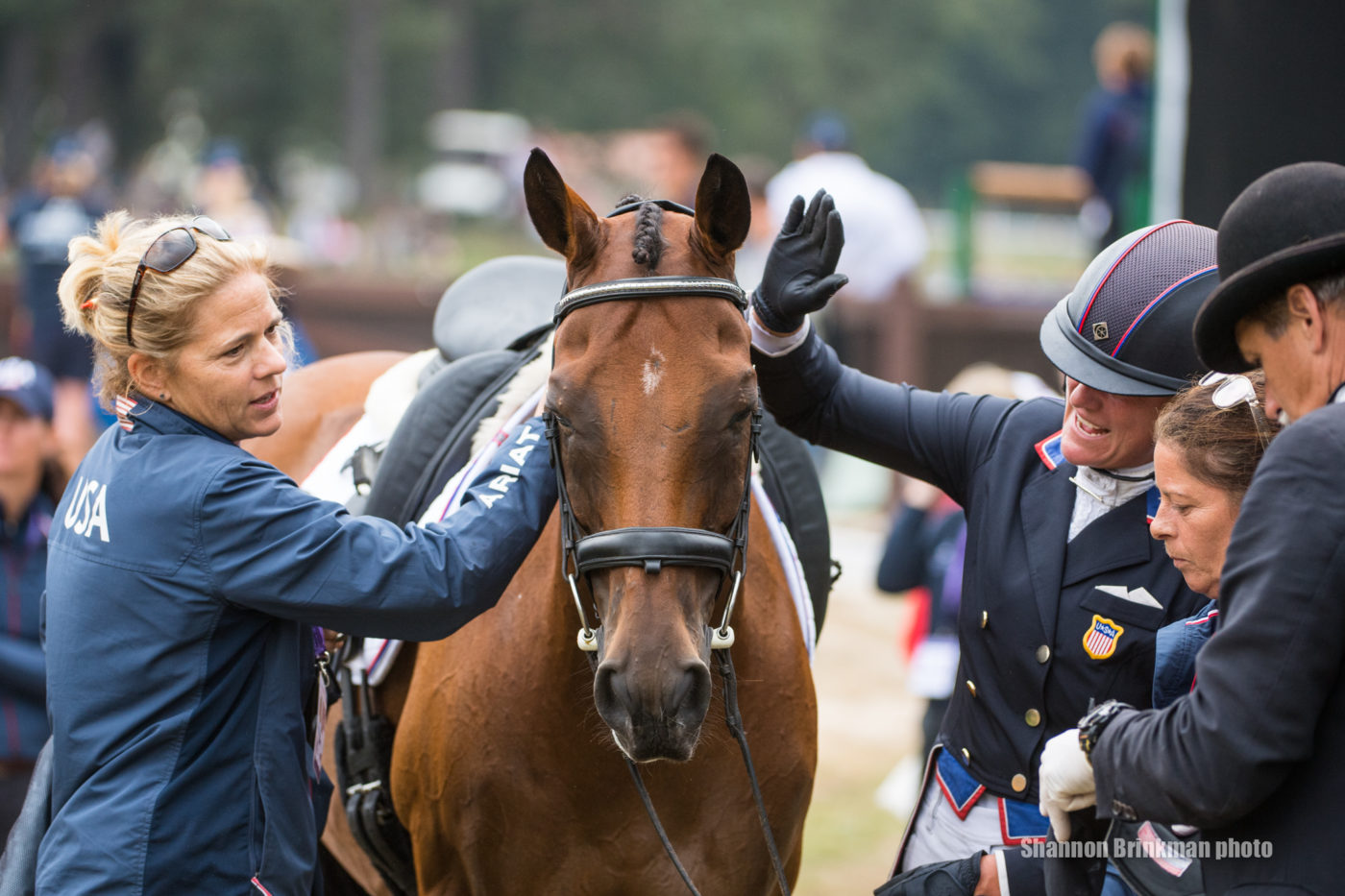 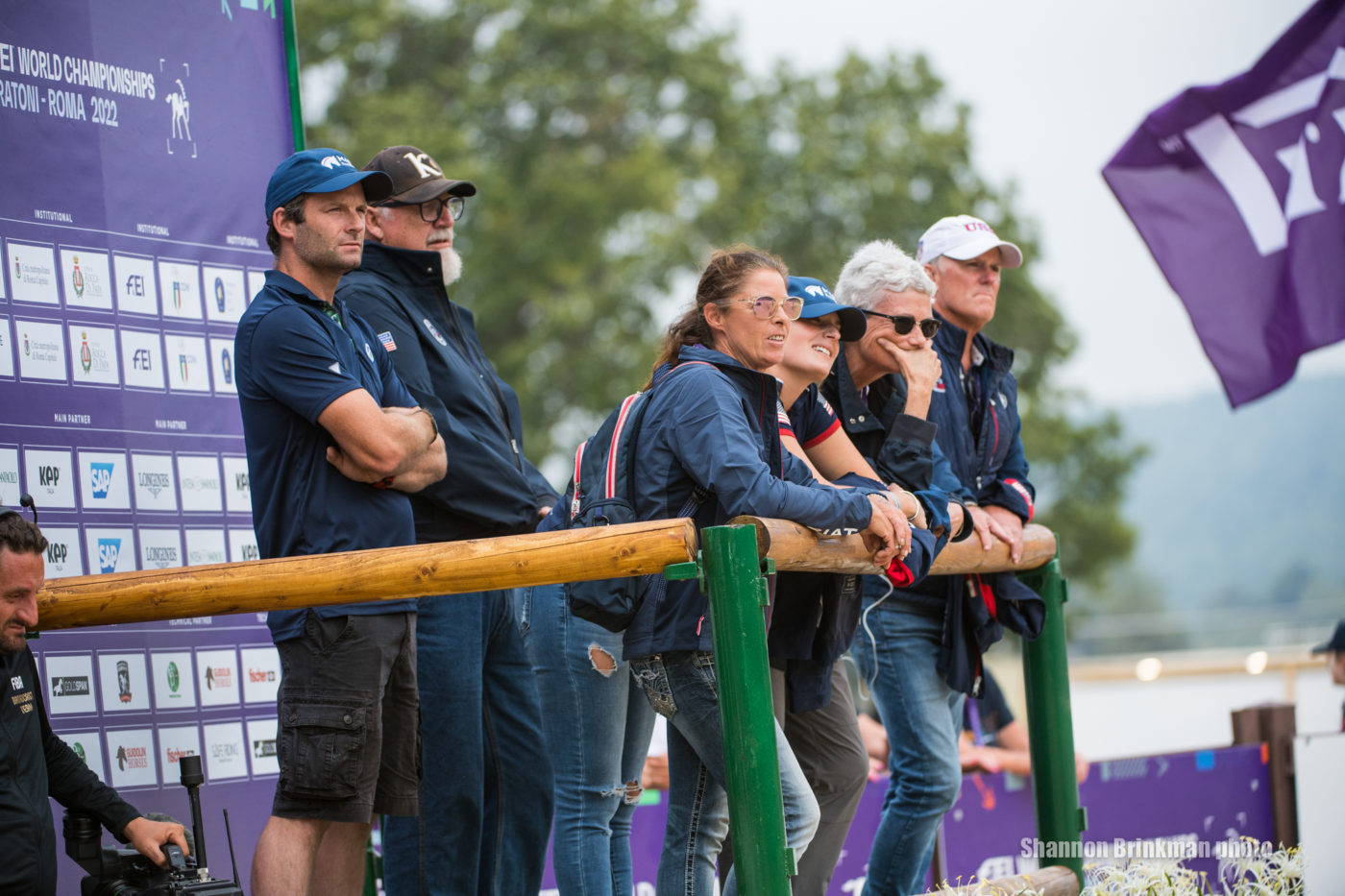