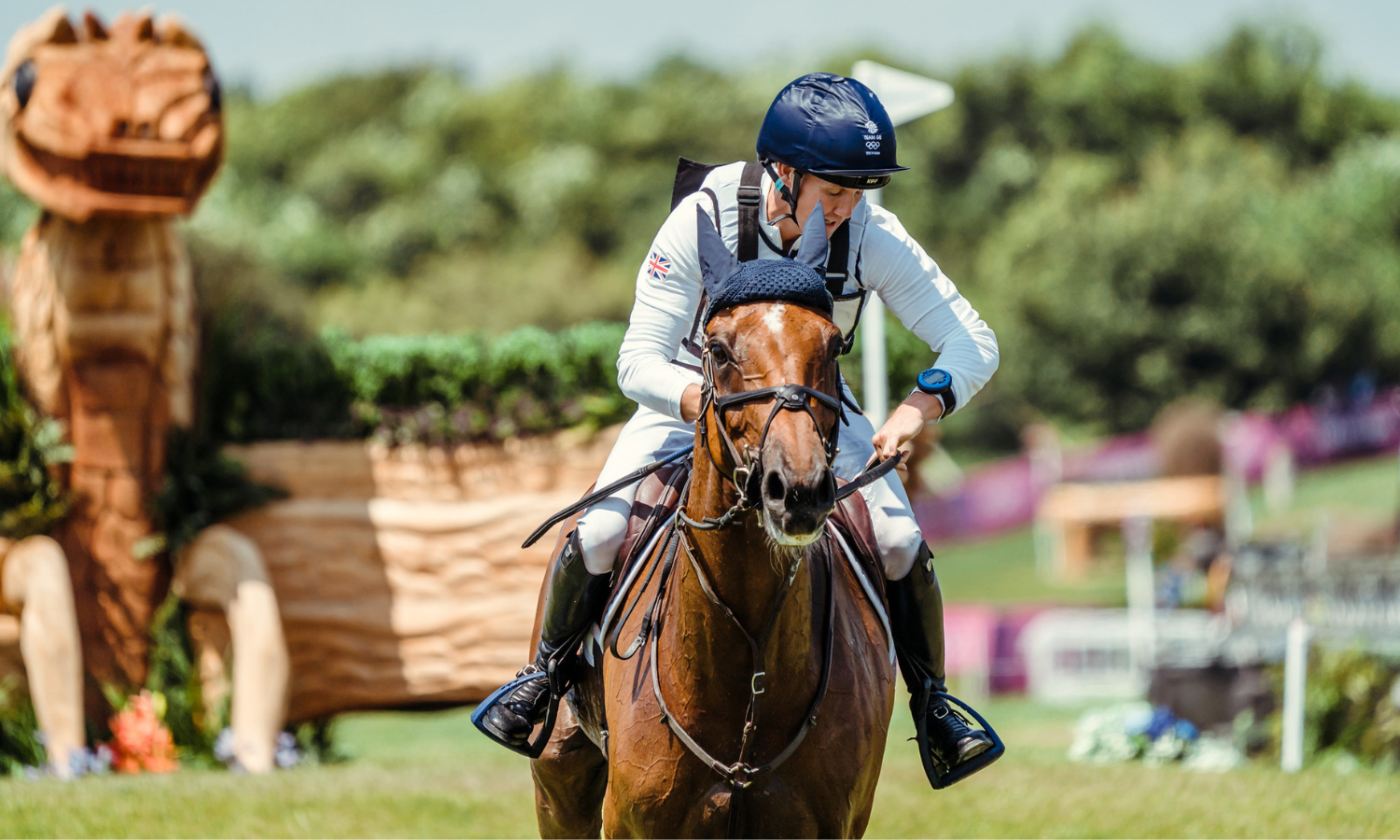 Following his impressive performance which resulted in Team Gold and Individual Silver medals at the 2020 Tokyo Olympics, Great Britain's Tom McEwen shared some of his top tips to keep in mind when walking your cross-country courses. 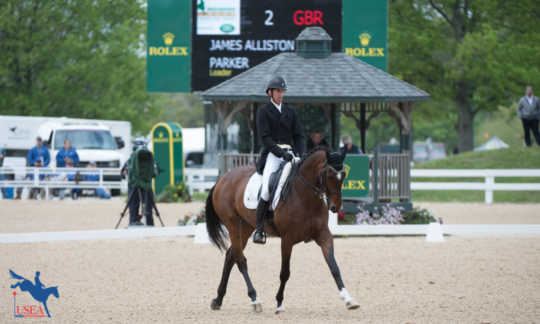 James Alliston made out like a king earlier this summer at The Event at Rebecca Farm with wins in the CCI4*-L and CCI3*-L aboard Paper Jam and Nemesis respectively. We caught up with Alliston to chat about his horses, competing on the West Coast, his time in the States, and how it compares to competing in England. 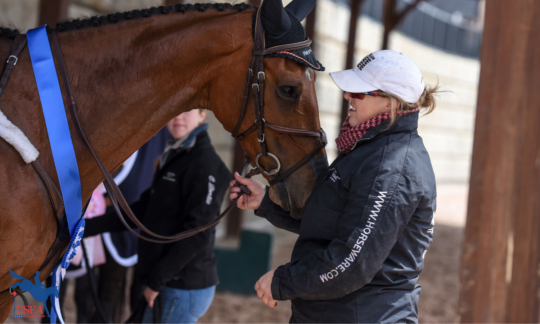 Emma Ford is one of the most experienced and best-known grooms on the eventing circuit. She’s just back from the Tokyo Olympics - and planning a big life change. We catch up with her to find out what’s next, and what advice she has for anyone who wants to make a career out of grooming. 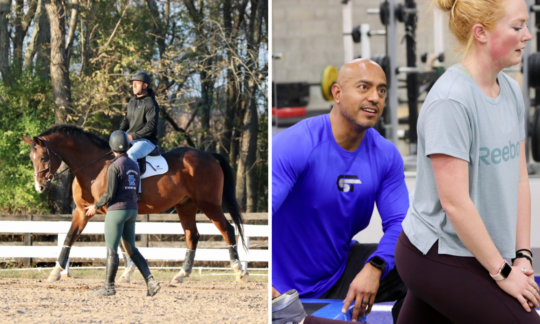 The vast majority of riders who compete at the lower levels of eventing are amateurs and most of them have “proper” jobs. After all, horses and eventing need paying for! Often, this means these riders work at a desk and are what strength and conditioning coach Tony Sandoval refers to as “desk jockeys.” 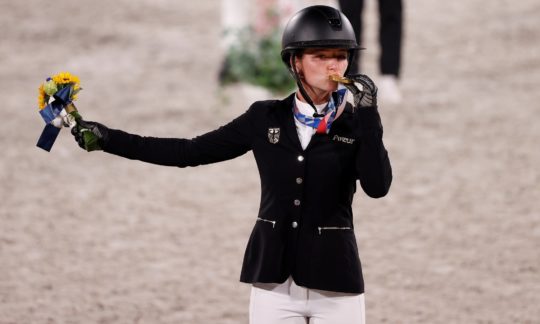 The 32-year-old, for so long in the shadow of her title-winning team-mates Michael Jung and Ingrid Klimke, punched in two perfect rounds of showjumping, adding just 0.4 of a time-fault in both the cross-country and the second round of jumping to her dressage score of 25.2. 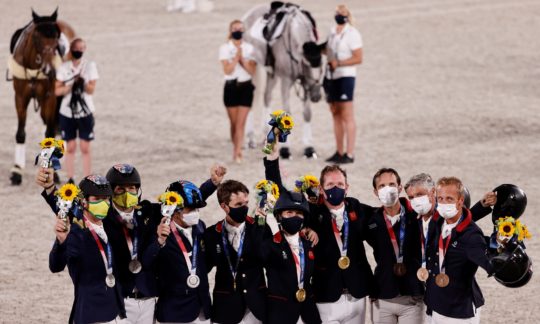 The British team has won Olympic eventing gold for the first time since 1972. They topped the dressage, increased their lead considerably after cross-country, and, despite both individual leader Oliver Townend and third-placed Laura Collett both having a show jump rail down, they finished 13.9 penalties ahead of the Australians, who took silver. 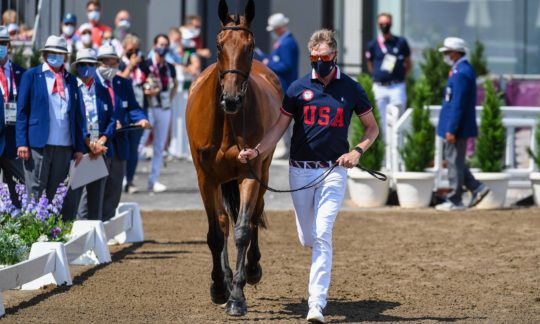 All the major contenders passed the eventing final horse inspection at the Tokyo Olympics and will carry on to contest the show jumping phase in a few hours’ time.

The ground jury (Nick Burton, GBR, Christina Klingspor, SWE, and the U.S.A.’s Jane Hamlin) and vets only failed to accept one horse - Fantastic Frieda, ridden by Poland’s Joanna Pawlak, who had completed the cross-country in 41st place with a refusal and 25.2 time-faults. 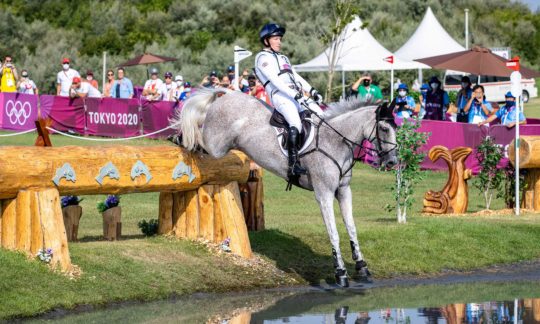 The British team cemented their gold medal position at the Tokyo Olympics with three magnificent cross-country performances, all clear inside the time. Added to that, their first rider, Oliver Townend, holds pole position individually after the dressage leader, Germany’s Michael Jung, picked up 11 penalties for triggering a frangible device. 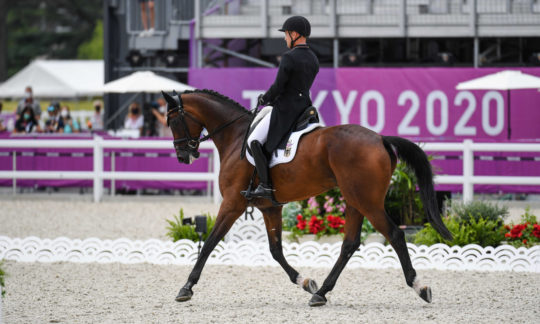 Jung Blazes to the Top With Dressage Phases Concluding in Tokyo

The 2012 and 2016 individual Olympic champion, Germany’s Michael Jung, blazed into first place after dressage at the Tokyo 2020 Games with a superb test on Chipmunk.

Deservedly scoring 21.1 - a record for both rider and his country at an Olympics, according to EquiRatings - it was a joy to watch. From the first extended trot, the pair looked secure, positive, and harmonious. The test was as accurate and as well-delivered as that of long-time leaders Oliver Townend and Ballaghmor Class (GBR), but with more expression and ease. Jung and the Contendro 13-year-old demonstrated all this specially-written, short Olympic test asks for and each movement flowed into the next. 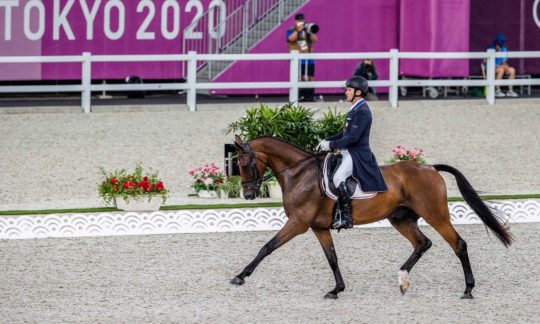