Dressage day one in the CCI5*-L at the Land Rover Kentucky Three-Day Event ended on Thursday afternoon. There were 21 pairs who competed in front of judges Nick Burton, Gretchen Butts, and Christian Steiner. At the end of the day, three U.S. riders, all riding American-bred horses, hold the top spots going into the second day of dressage.

While no one broke into the 20s, Tamie Smith and Judith McSwain’s 13-year-old Holsteiner mare Fleeceworks Royal (Riverman x Marisol) came close as they scored a 32.9, earning the overnight lead. “I was really happy with her. She was with me the whole way, she was awesome,” said Smith.

“It’s special because it's a horse that [I've] produced from the beginning. Judith was my first owner, and she’s so happy to be here. It’s been our dream to have an American-bred horse here at Kentucky.” Smith continued, “I don’t know what tomorrow will bring but, she’s a cross-country machine.”

“I am feeling super excited,” McSwain shared prior to the dressage test. “There is a bit of disbelief and a bit of holding my breath until she trots up the centerline. It has been 10 years since the scruffy little 3-year-old walked off the trailer. The journey has been filled with joy, excitement, ups, downs, some delays, and wonderful adventures. It has taken a village to get 'Rory' here so most of all I am grateful for all the support.”

Colleen Rutledge sits in second place on a 33.8 aboard her 16-year-old homebred Thoroughbred cross gelding Covert Rights (BFF Incognito x Let’s Get it Right). “This feels amazing sitting on my personal homebred. It’s awesome,” Rutledge commented. “He’s amazing to ride, and he puts a smile on my face every day.”

“My goal was to just play and have a good time. I was really, really happy with my trot work. He almost was too relaxed in the arena. The judging was tough but, they were very consistent.”

Both Covert Rights and Fleeceworks Royal are graduates of the USEA Young Event Horse (YEH) program.

Rounding out the top three is the 2020 Tokyo Olympic pair, Doug Payne and the 18-year-old Trakehner gelding Vandiver (Windfall 2 x Visions of Grandeur) which he co-owns with his wife Jessica Payne and Debi Crowley, who is also the breeder of Vandiver. The pair holds the third spot with a score of 34.9. “I’ve been working really hard to get him more supple and relaxed, and this is by far the best he’s ever been in the ring. I couldn’t be happier with him,” said Payne.

The top three commented on Derek di Grazia’s cross-country track. “There’s a lot of questions throughout the course that are going to be challenging. It’s going to require for a rider to be super sharp, and it’s more of an instinctive test," Payne reflected.

“Derek’s a genius, one of the best, if not the best. I love riding around his tracks,” said Smith.

Rutledge added, “You’ve got to ride not just off your eye but also your leg. Everything he’s asking is clear, but it’s all of those bits and pieces that add up. It will come down to the last fence for every one of us.”

The remaining 24 horses in the CCI5*-L will compete on Friday, April 29 starting at 1:00 p.m. with Jennifer Brannigan being the first to go riding Nina and Timothy Gardner’s 12-year-old German Sport Horse gelding FE Lifestyle (Leo von Faelz x Berina A). 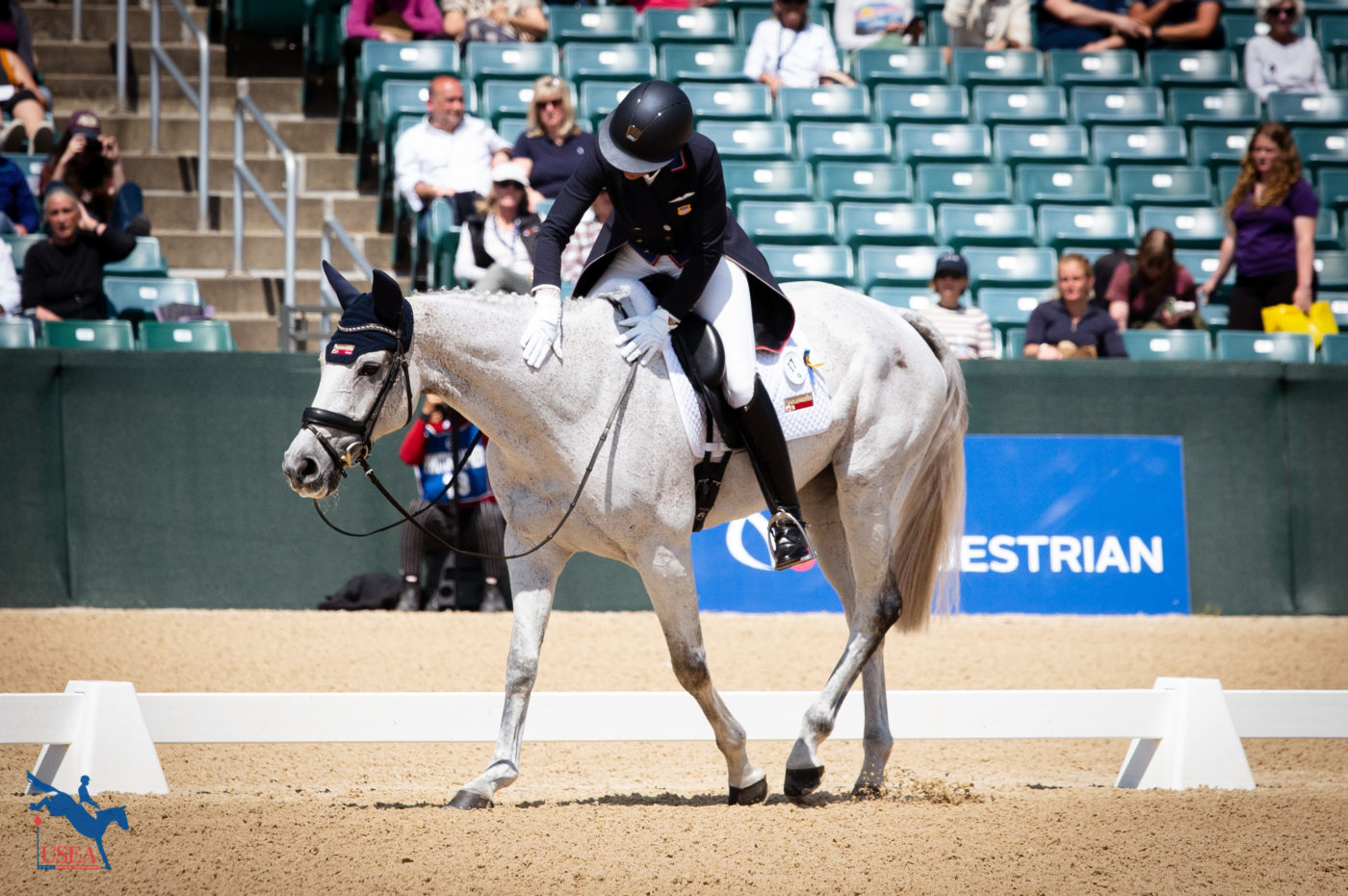 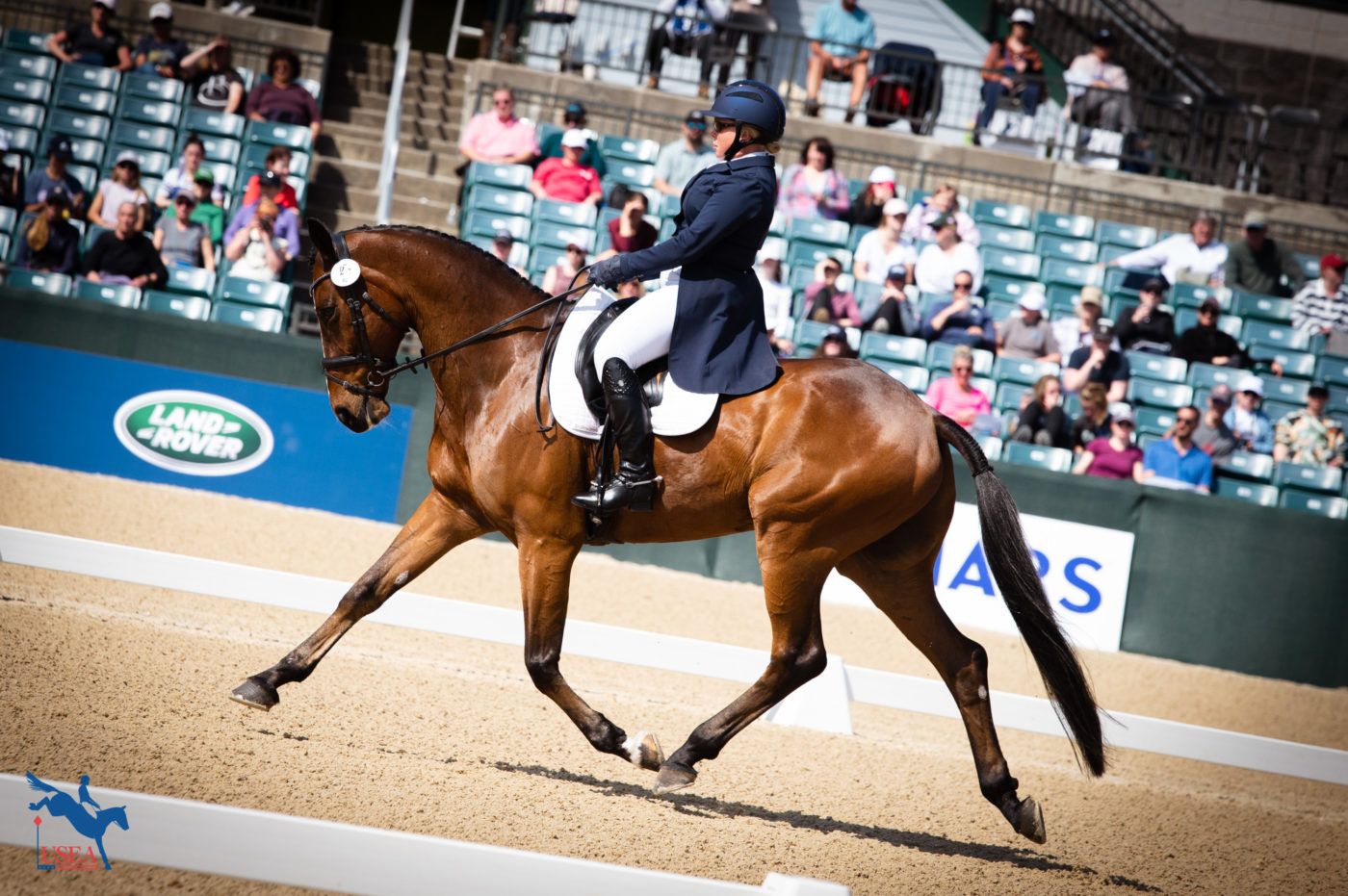 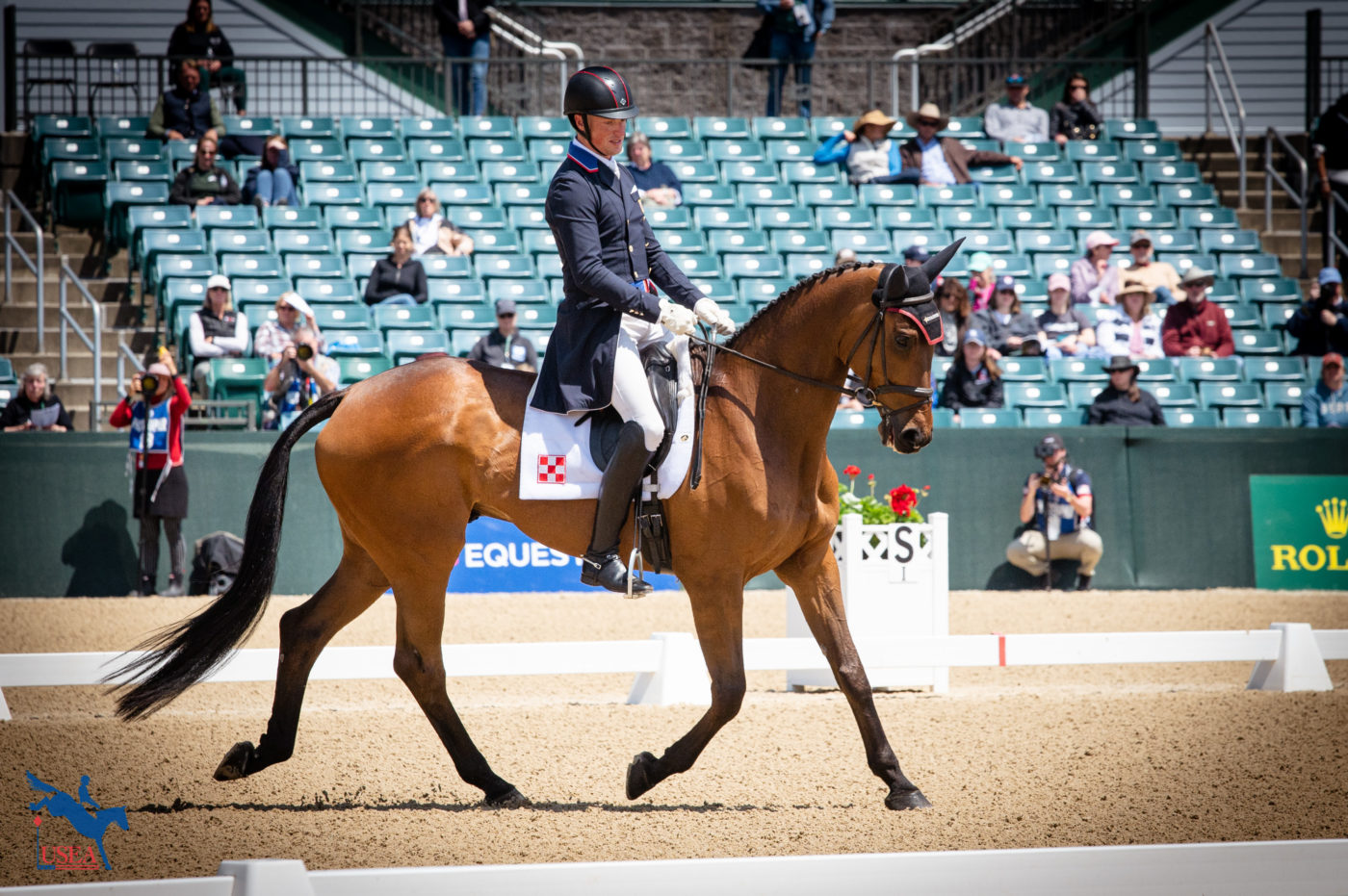 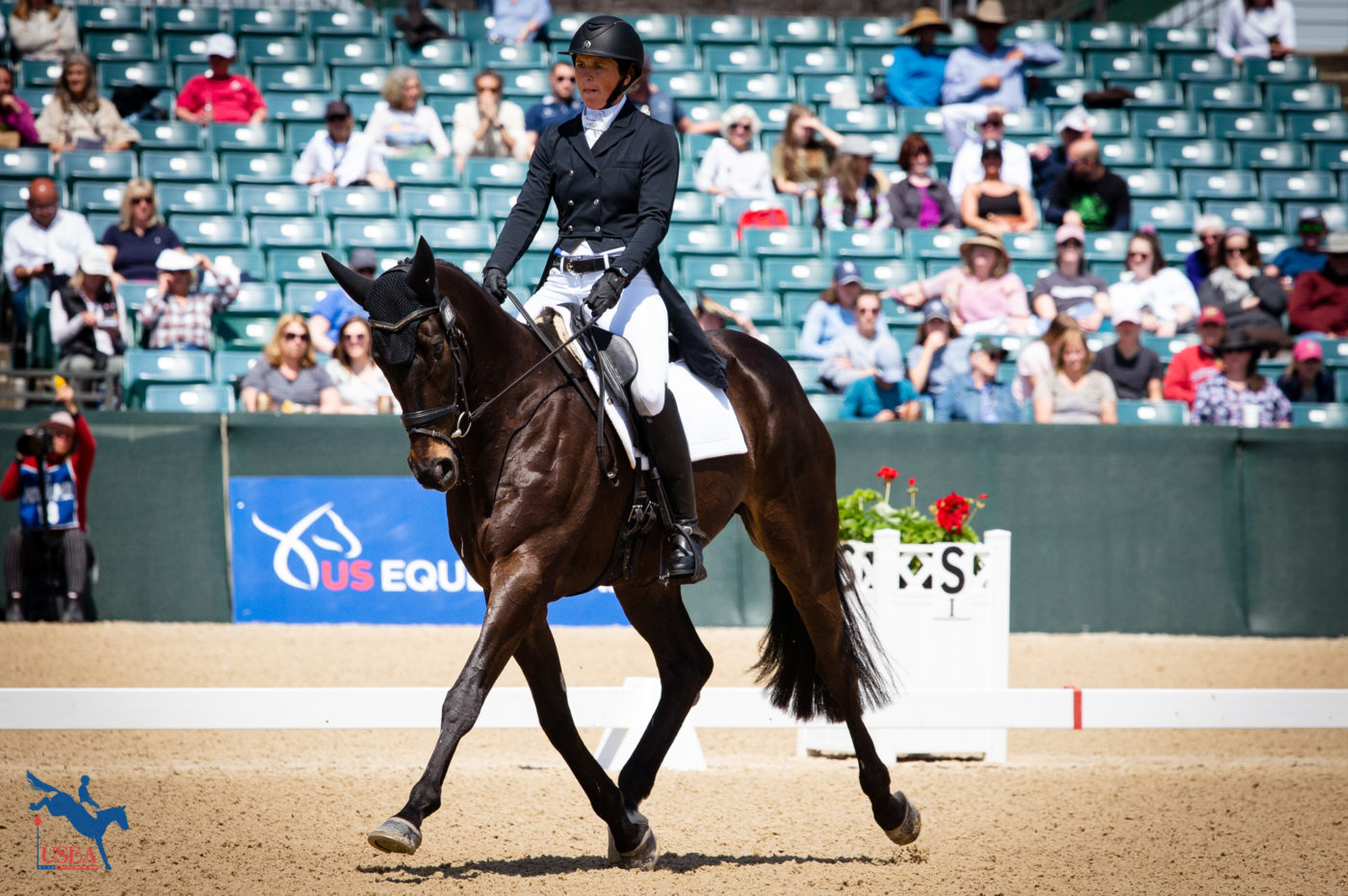 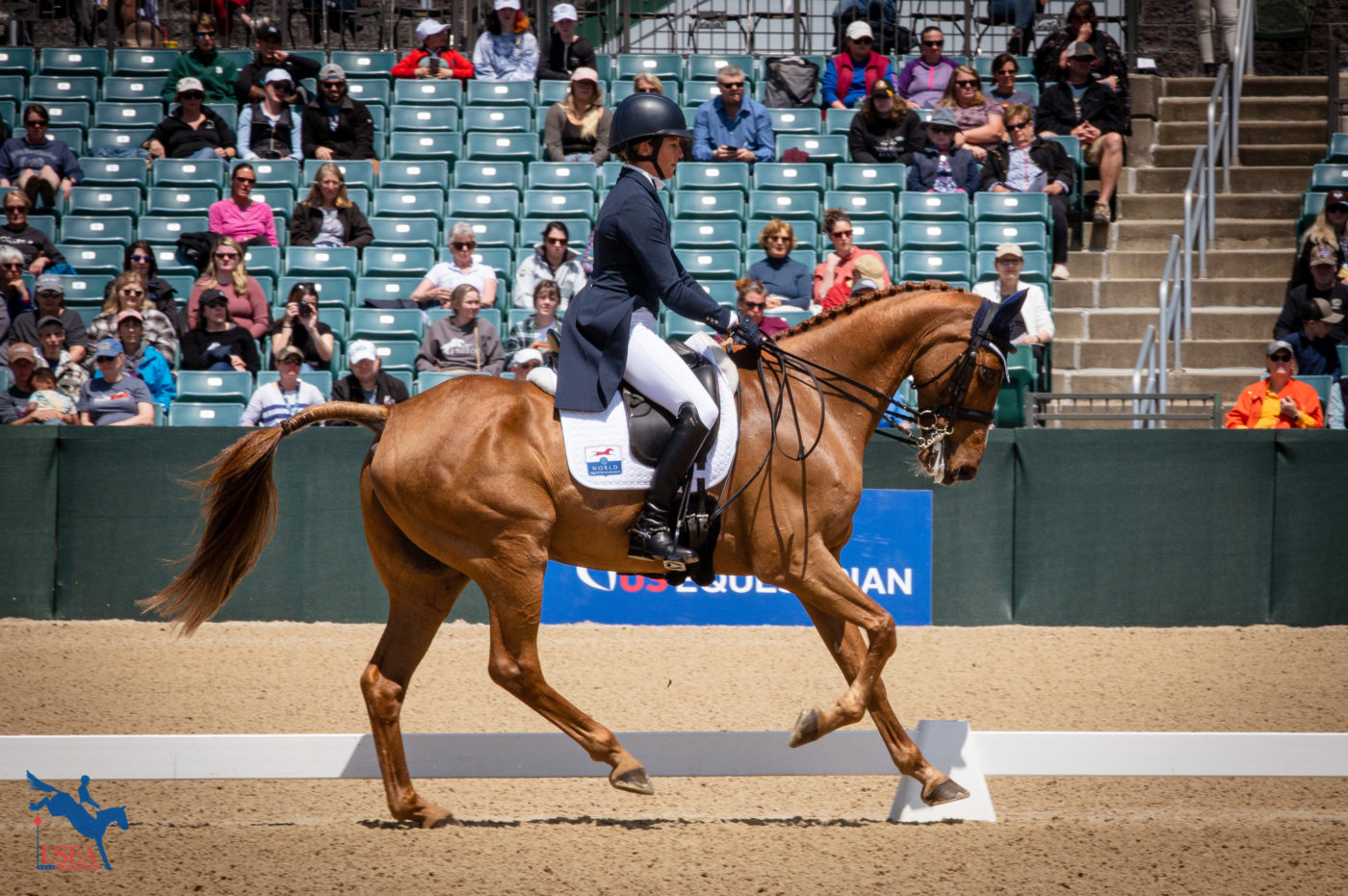 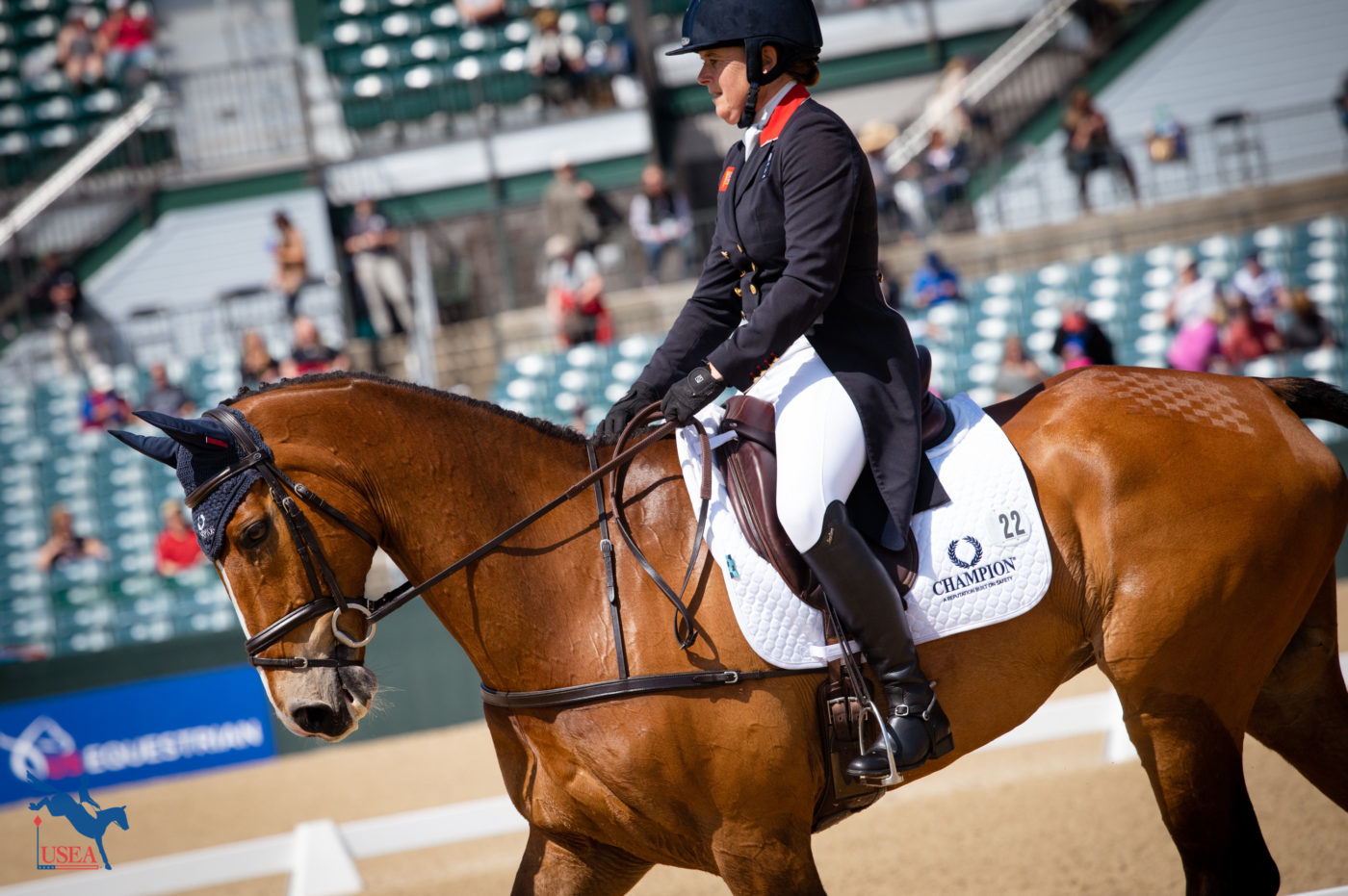 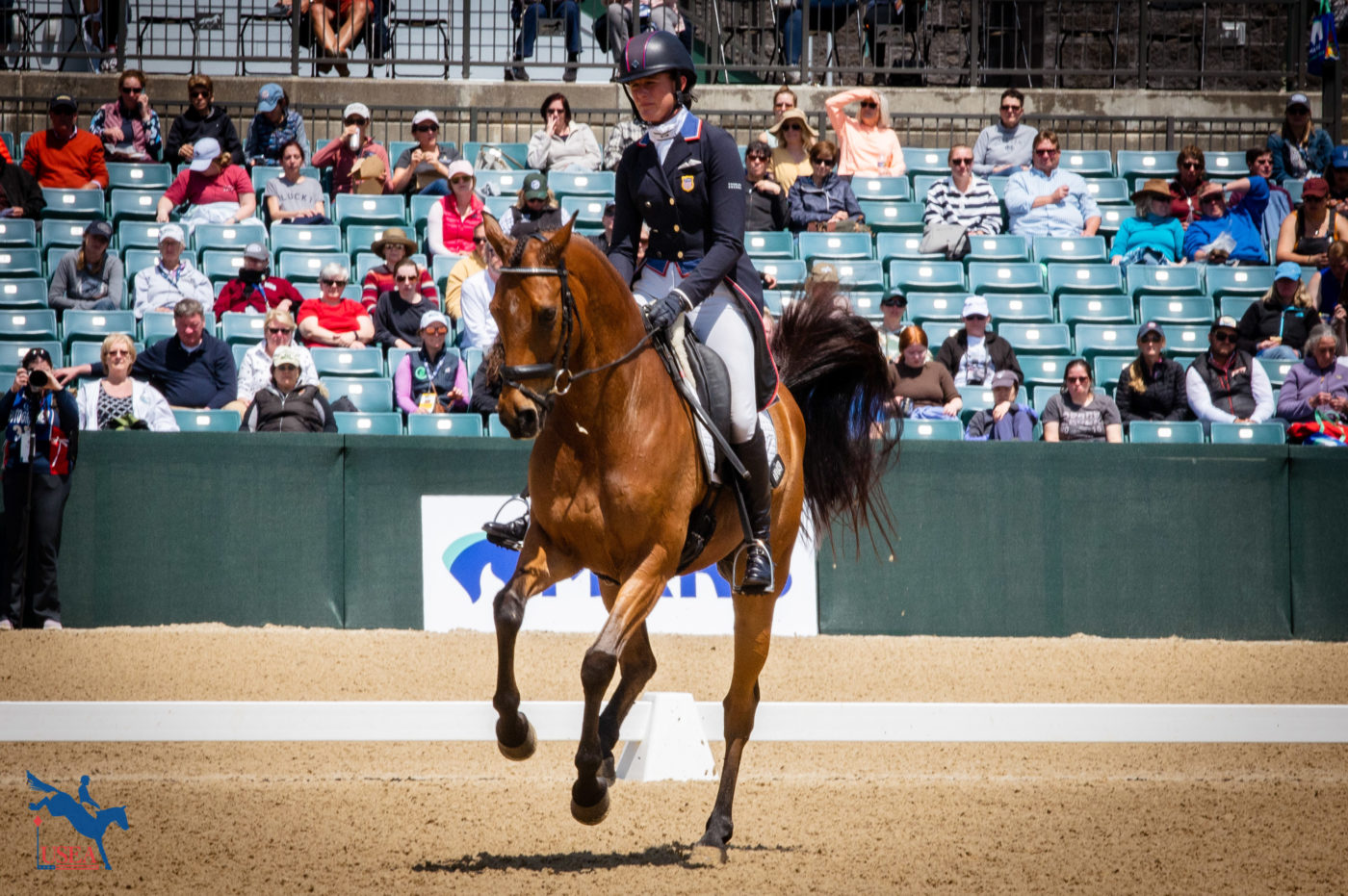 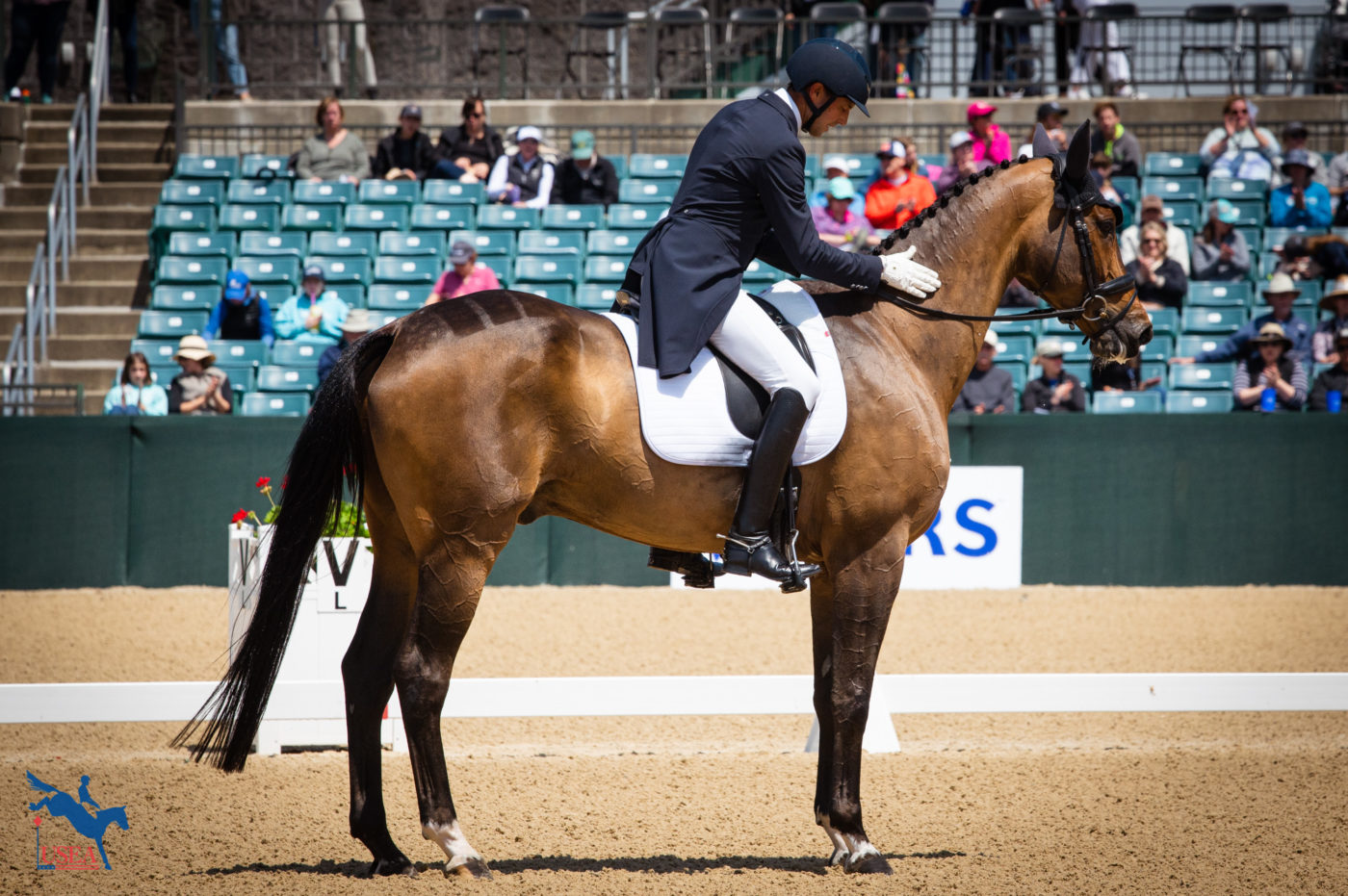 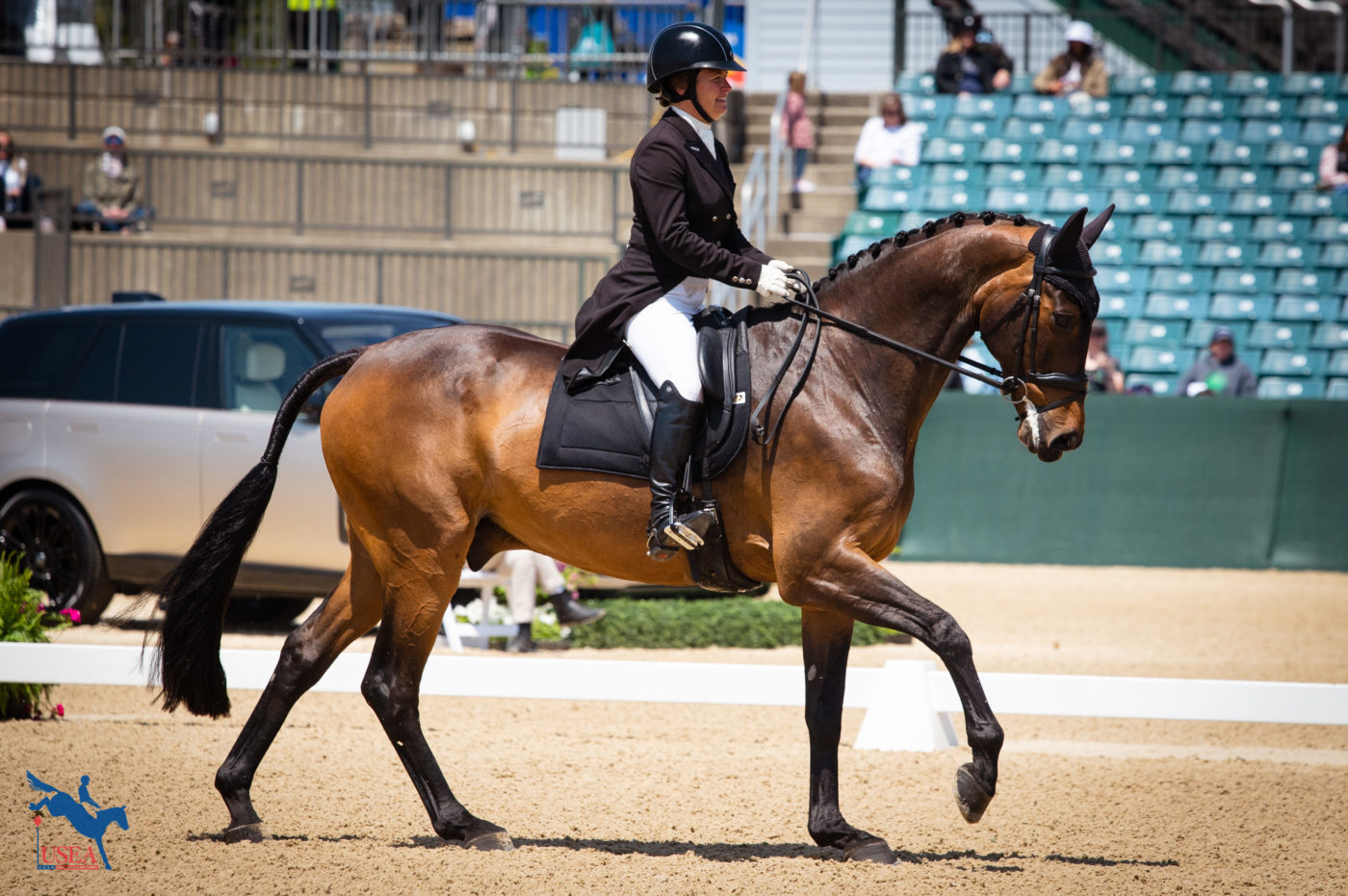