Just seven pairs managed to put in double clear rounds on Chris Barnard’s CCI4*-S show jumping course today. While the time didn’t prove difficult to make for most, Barnard’s course shook up the leaderboard with some of the top contenders taking down multiple rails.

The competitors jumped in reverse order of standings, leaving Brandon McMechan and his 11-year-old Thoroughbred Oscar’s Wild (Whiskey Wisdom x Rax) as the last to enter the arena. The pair felt the pressure to jump double clear to secure the win, but they unfortunately took down two rails, and then had an unfortunate stop at the last fence. Racking up 12 jumping penalties, the pair moved down the leaderboard, but still secured a top 10 spot to respectfully complete the weekend.

Hallie Coon and her 13-year-old Dutch Warmblood mare Celien (Tenerife VDL x R Quicksilver) entered the arena in second place, but Chris Barnard put them to the test, and the pair took down an uncharacteristic two rails. “Celien only had two rails in total last year, so I’m a little disappointed,” Coon said. The 8 jumping faults knocked them down one spot, to take home third place, opening up the second place position for Leslie Law and Voltaire De Tre to slide into. Law also had one rail down, but ended the weekend with Tre’ Book’s 11-year-old Selle Francais gelding on a 49.8 to claim the Reserve Champion title in the Advanced division.

Despite the many troubles amongst her competitors, Sharon White rose to the occasion and put in one of the few double clear rounds to clinch the win on Cooley On Show (Ricardo Z x Jogantina).

"I'm always proud of him, so it's nice to win, but i'm always so proud of him,” White said of her 13-year-old Irish Sport Horse gelding. “He's a super jumping horse, so it was fun. He thought it was pretty fun too, and pretty easy, so that was a nice feeling."

White explained that she's made a lot of decisions on his training and competition schedule over the years and so "it's so nice when your decisions all come together to achieve what he really should achieve. It's a series of decisions you look back at, and sometimes things go wrong, so it's really nice when they pan out. I really do think he deserves to win, because then everyone else knows how great he is too," White concluded.

Alyssa Phillips was the overnight leader in the Advanced with her 11-year-old Holsteiner gelding, Oskar, and the pair jumped double clear to stay on top of the leaderboard. She stated that she was “ecstatic, and that the course rode lovely and he jumped great. I think the last time I won an Advanced was with Bliss III and that was back in 2017. It’s awesome to win this.”

Today’s win was especially close to Phillips’ heart because she explained that “this is actually the day that my father passed away 8 years ago, so this win is for him.” She said that her father was a huge support system for her, by her side at all of her competitions and that he was especially excited getting to watch her compete at the North American Junior Young Rider Championships years ago. “The last time he saw me ride was when I won Young Riders in 2011. He made me the competitor that I am. I’m really competitive with myself, and he made me that way, so I have to thank him for that.”

Marilyn Little and RF Scandalous (Carry Gold x Richardia) were sitting in second place after cross-country when they picked up some time penalties on course. But today the pair entered the arena and show jumped double clear to maintain their position and take home the Reserve Champion title in the Advanced division.

In the CCI3*-S, Christina Henrikson and JTH Zest (Zamboucca x Maybee Baybee), her 9-year-old British Sport Horse mare, jumped double clear to secure the win by one tenth of a point. The pair admirably ended the weekend on their dressage score of 33.9. 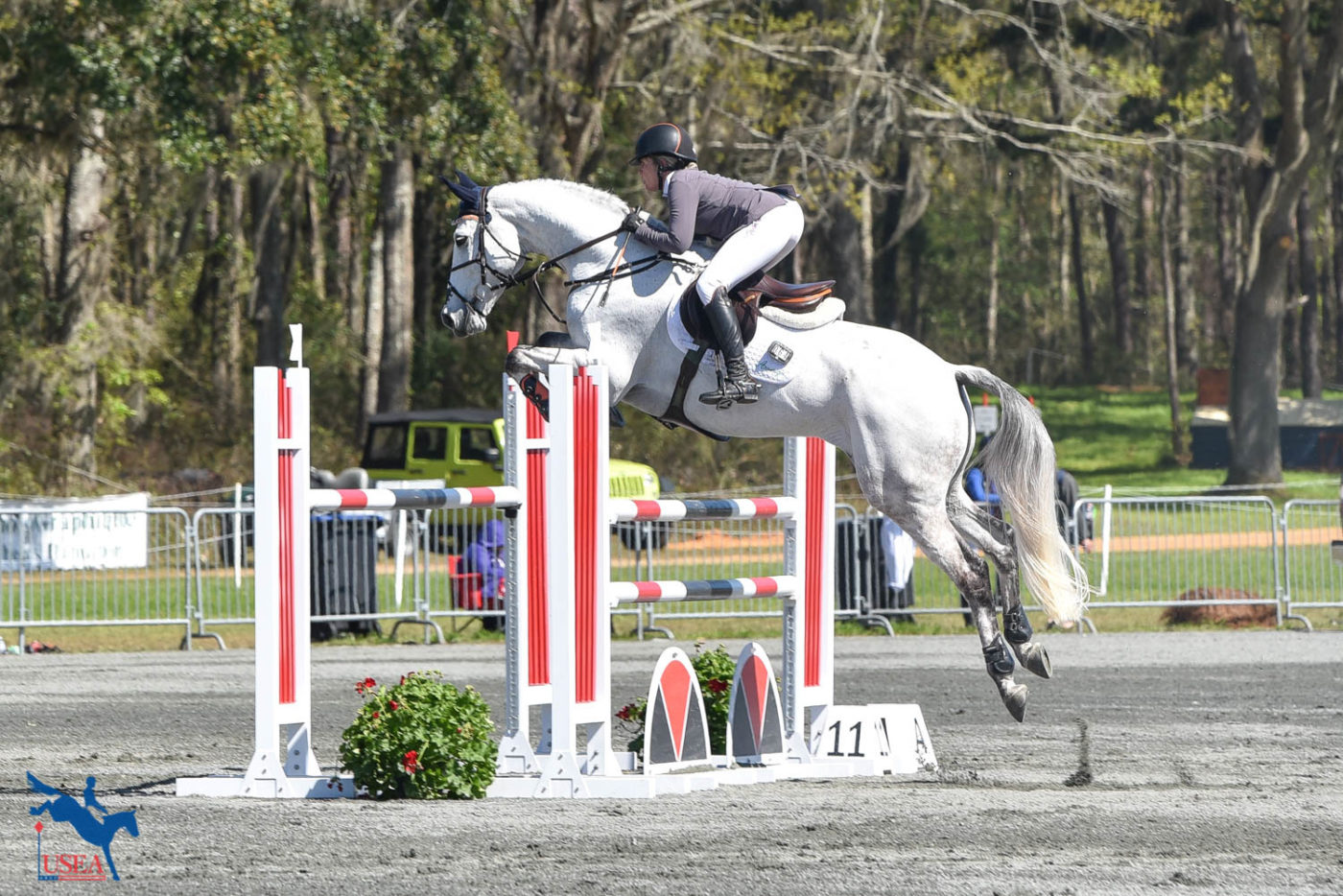 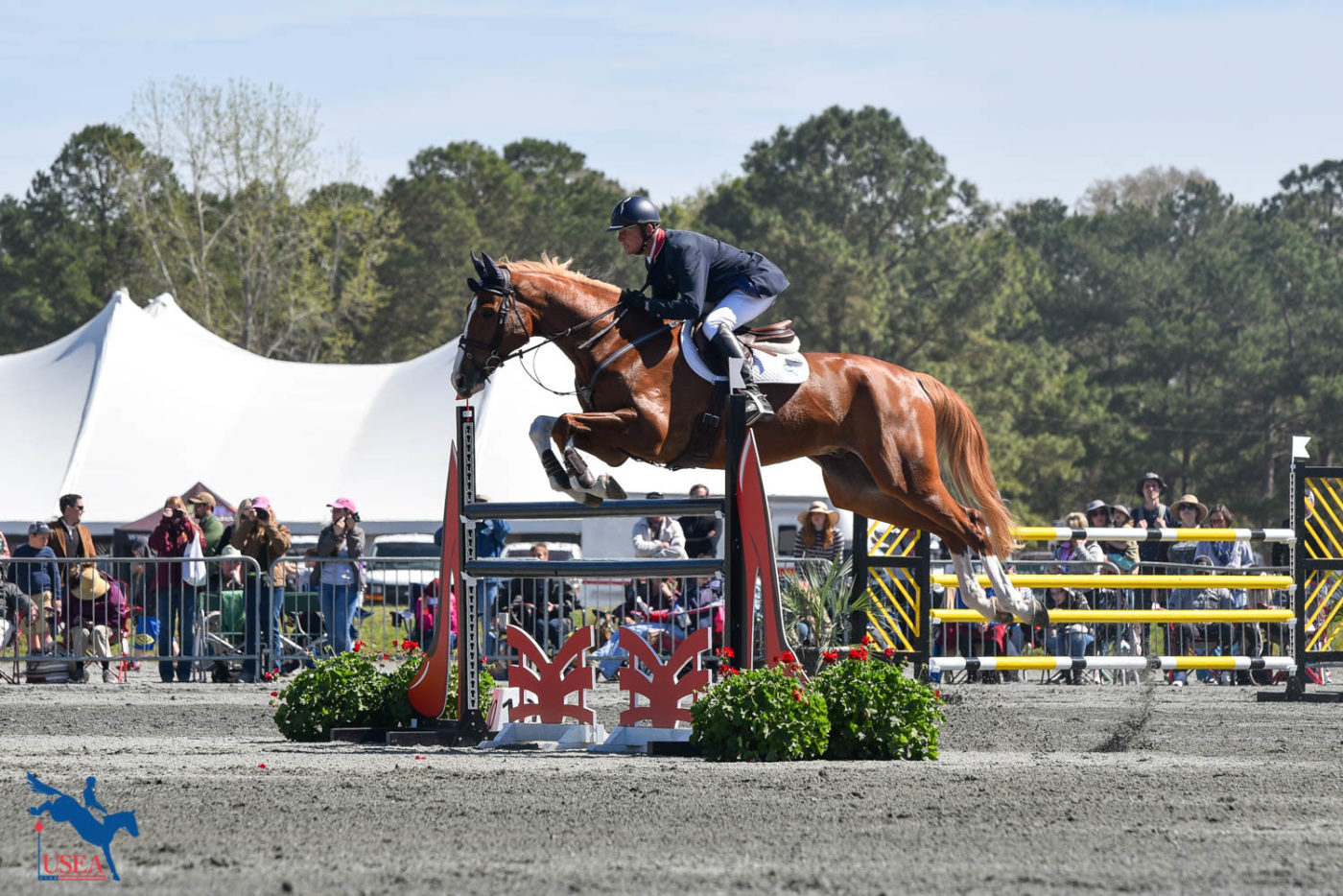 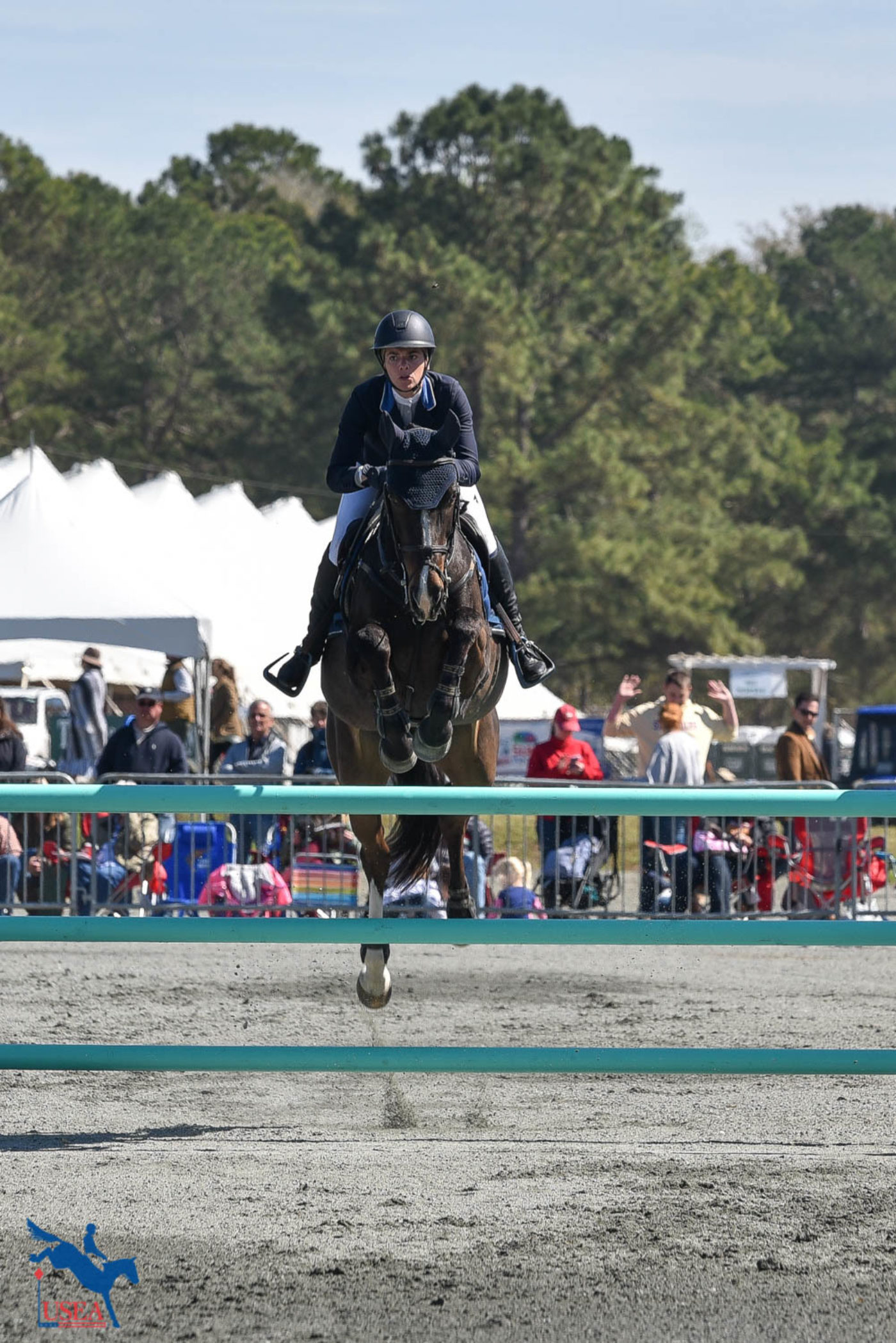 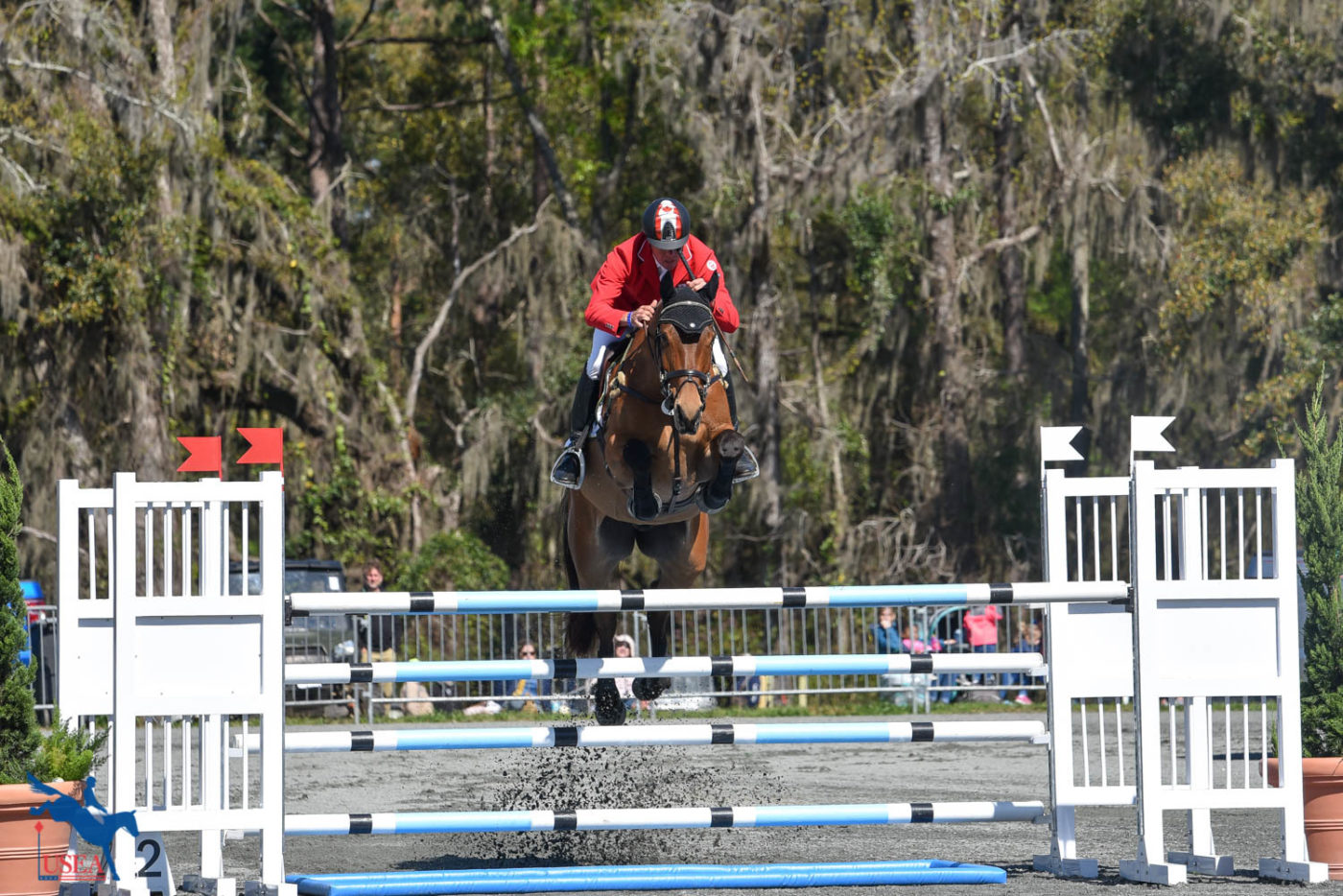 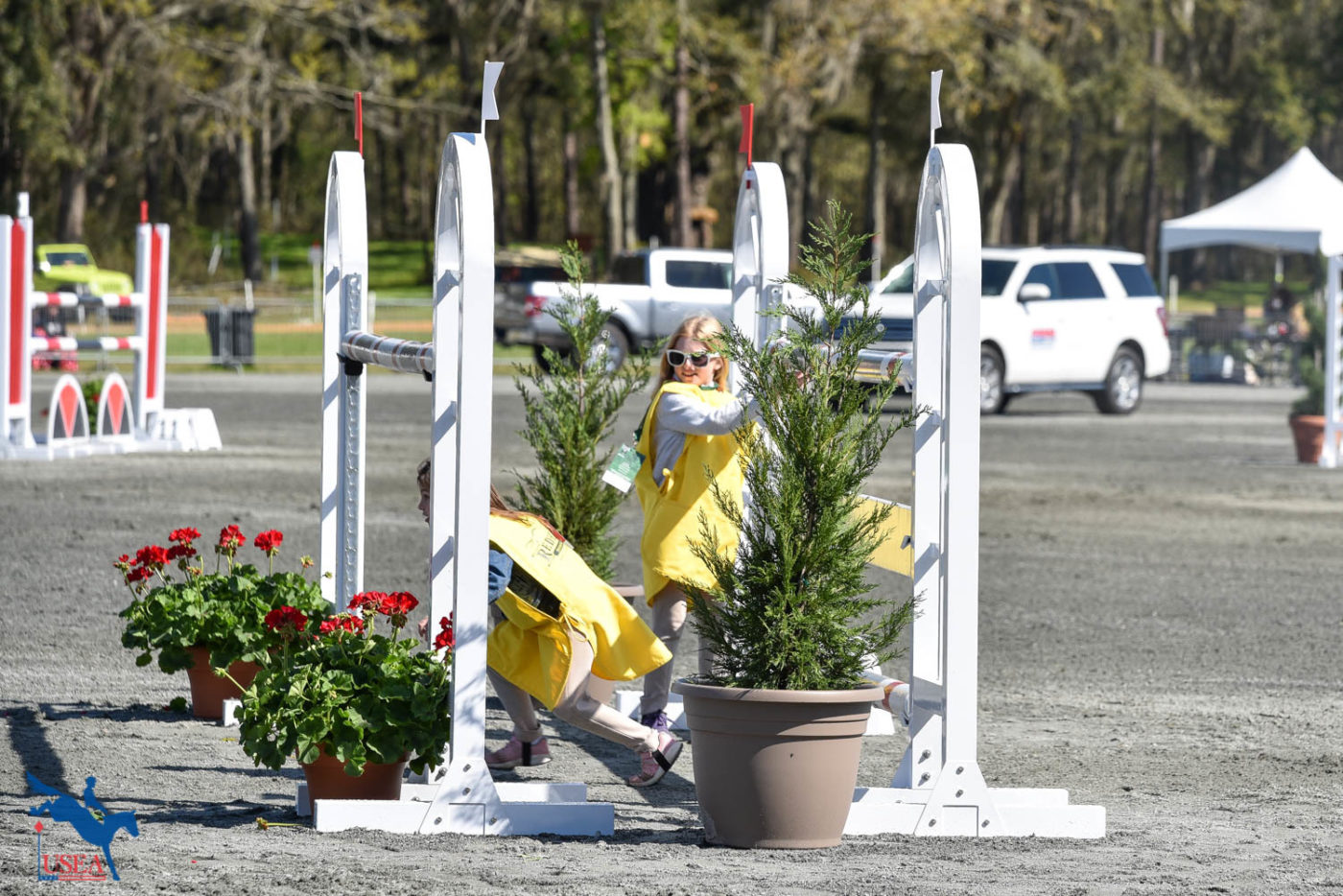 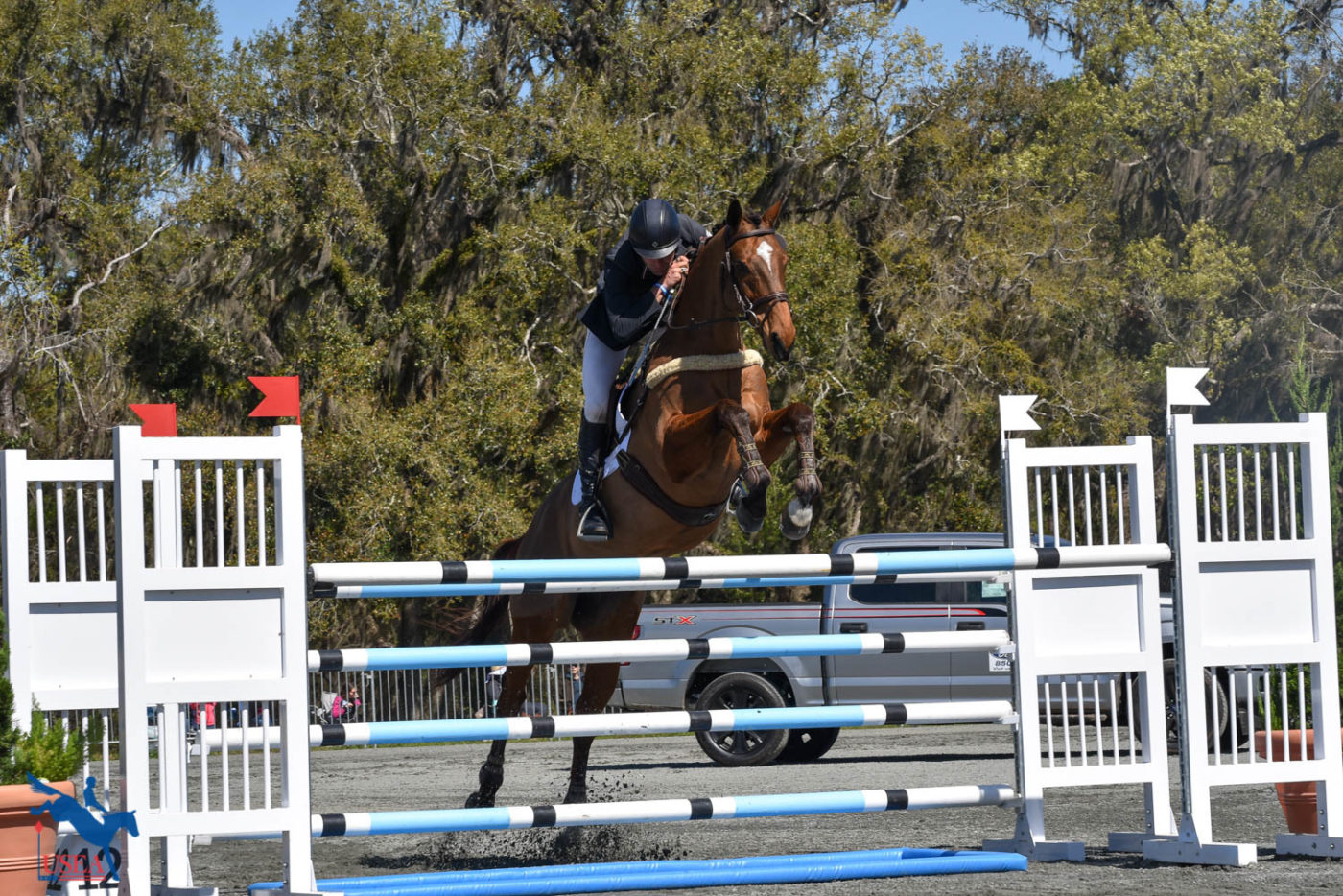 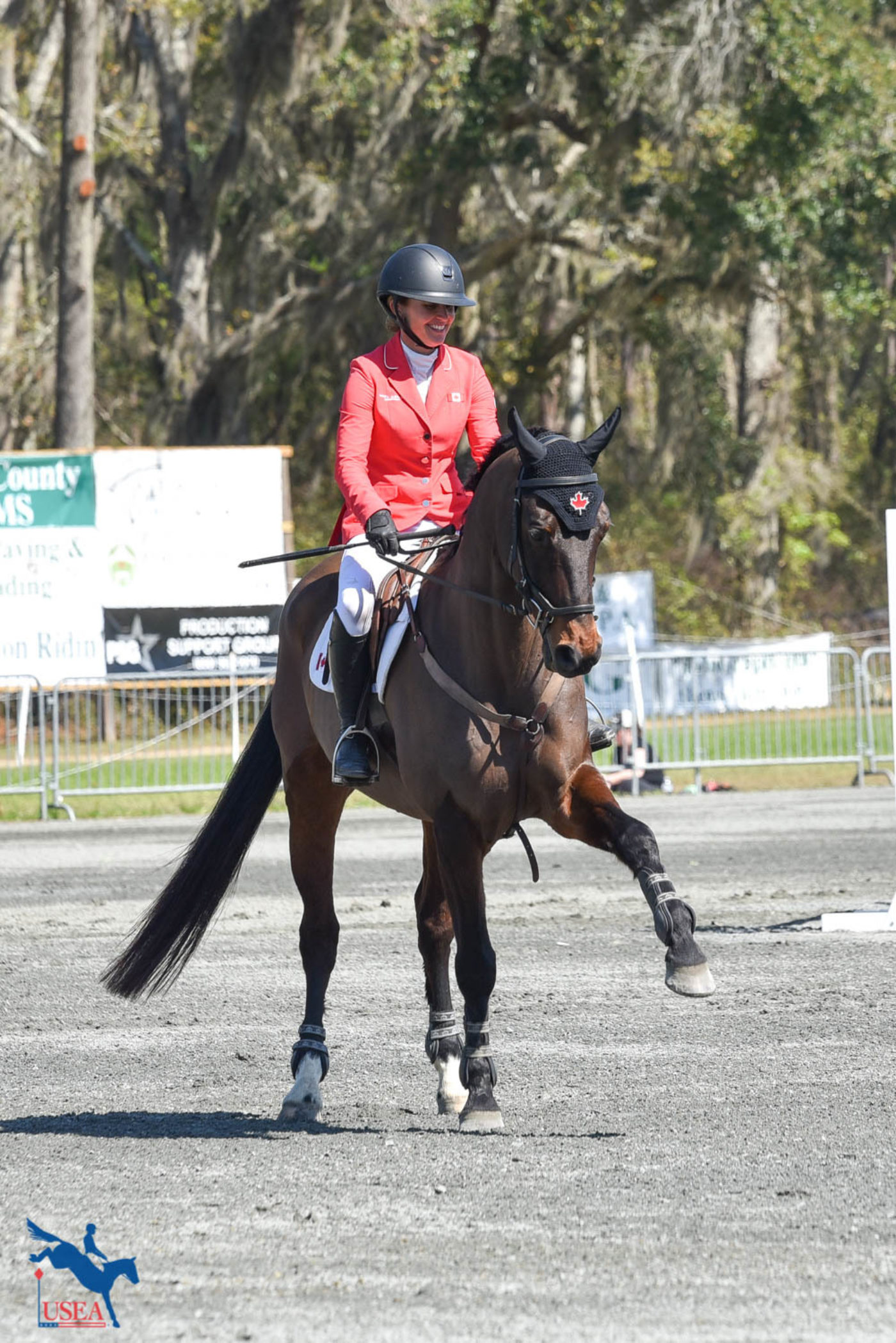 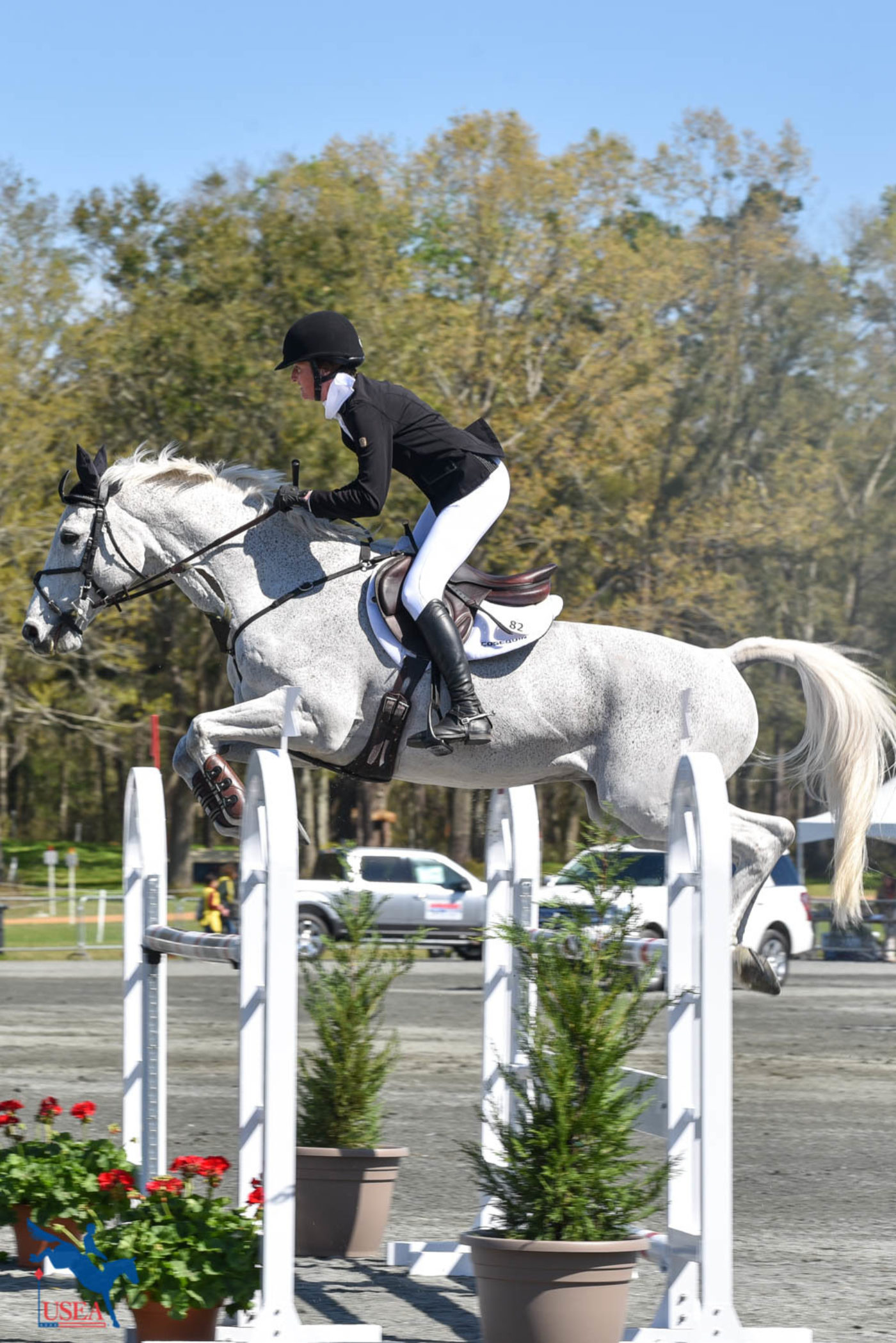 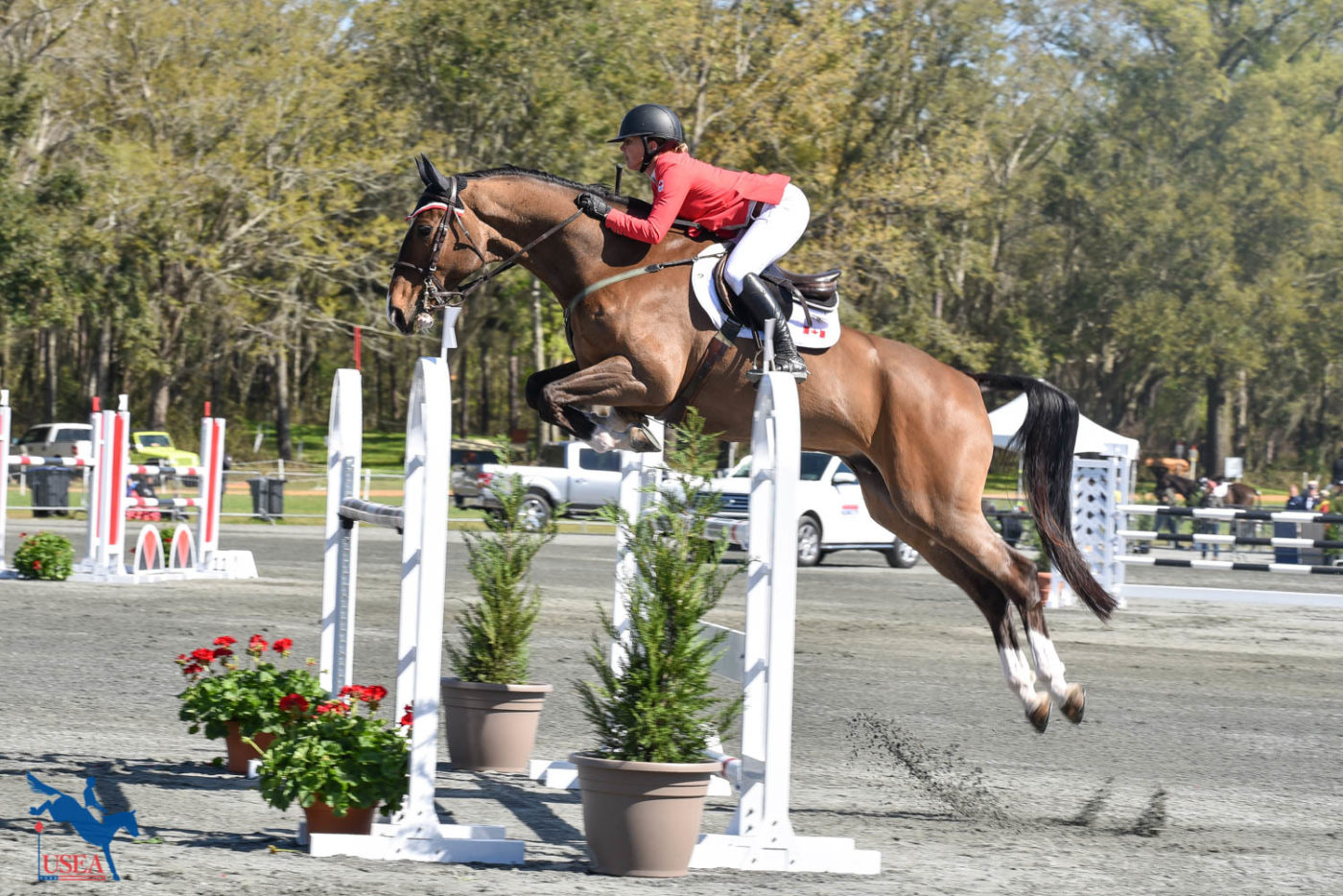 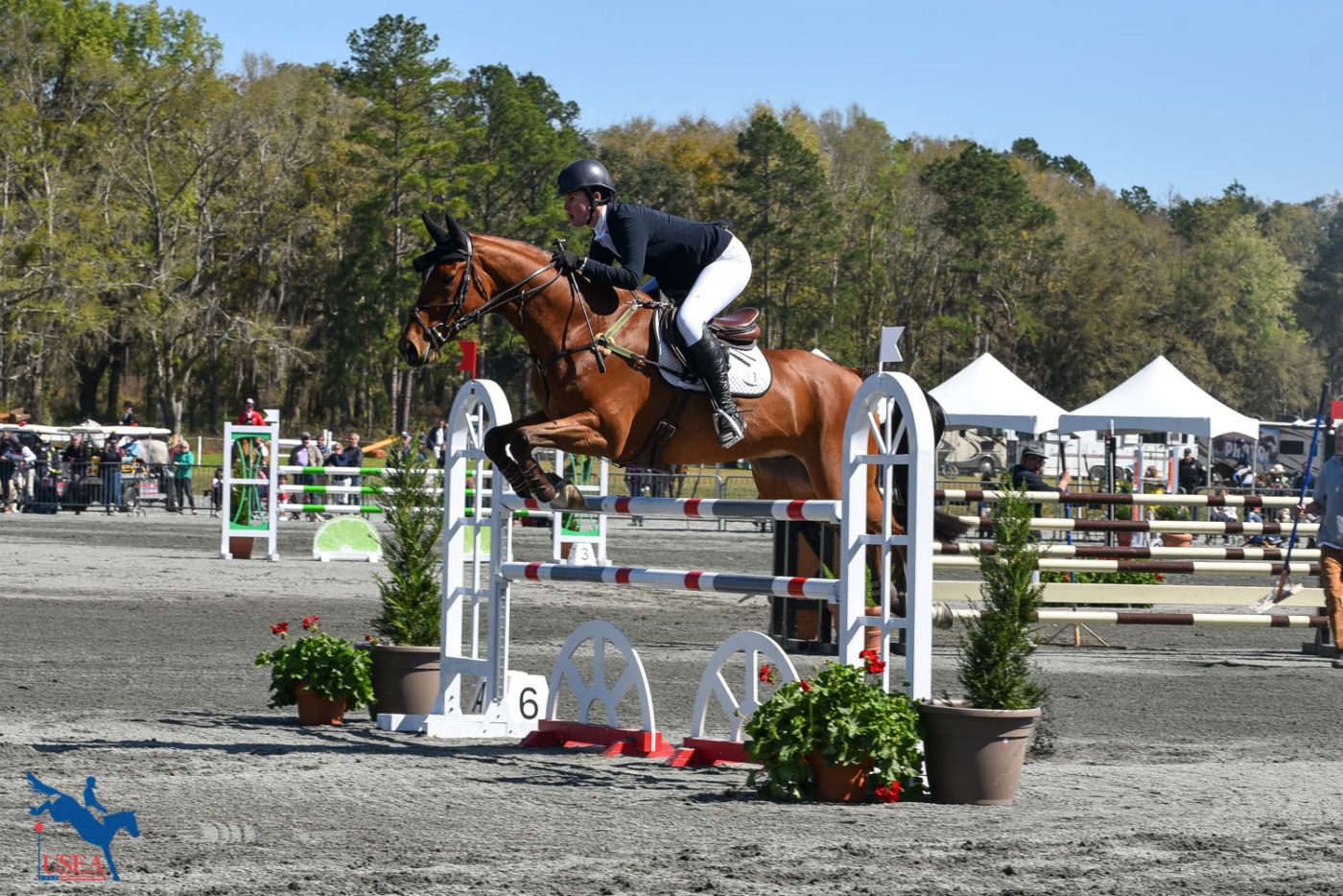 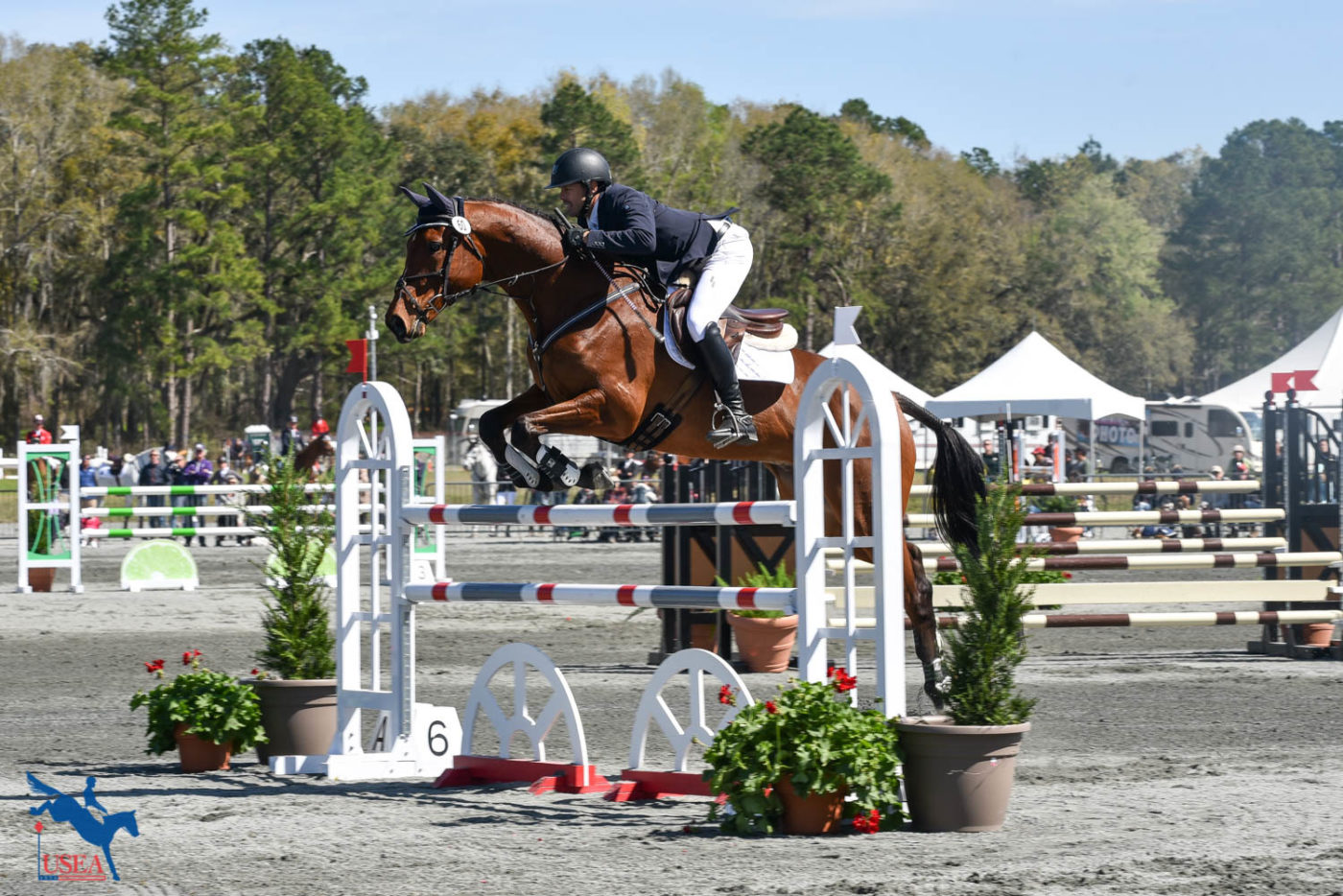