“This sport is a journey. You’re always working on making your horses a little better, and that’s all you can do,” said Sharon White who completed dressage in a tie for first place at the Red Hills International Horse Trials today. After a competitive day in the dressage arena in Tallahassee, Florida, Sharon White and Hallie Coon each sit on a 31.4 with their mounts in the CCI4*-S against a field of 30 pairs.

“I was super happy with Louie - I’m always happy with him,” White stated of her 13-year-old Irish Sport Horse, Cooley on Show (Ricardo Z x Jogantina). “He was very genuine, and went exactly the way I rode him. I just try to make him a little better each time.”

The other leader tied for first, Hallie Coon, stated that her test 'wasn’t quite what she was hoping for' on her 13-year-old Dutch Warmblood mare, Celien. “She lit up a little bit in there, and spooked in her first walk pirouette. She normally doesn’t spook, and while I was a little unhappy with some moments, I think the general rideability and connection was getting better,” she explained.

Both riders at the top explained that they would also be using tomorrow’s cross-country test as practice for the rest of the season. “I think the footing is perfect, the track is excellent, and the rain we got yesterday made it ideal for us. I protect him a lot, but maybe tomorrow, I’m just going to let him have fun,” said White. “Celien is a quick horse around these short tracks, and I’ll be practicing for bigger plans we have for later this year,” added Coon.

Michael Etherington-Smith designed this year’s CCI4*-S cross-country course, and tomorrow’s test could certainly spread out today’s close scores. As White explained that all the riders are working to improve each phase, the riders also noted that there are inches to gain and inches to lose in any phase of competition, and galloping within the optimum time could be a feat of its own. Etherington-Smith’s course spreads across 3,695 meters, and at a speed of 570 meters per minute, the horses and riders are expected to cross the finish flags under the optimum time of six minutes and 29 seconds. But with optimal footing and weather conditions tomorrow, the competitors will be rivaling each other for the foot-perfect and timely rounds to maintain their dressage scores.

Sitting in third place a 32.2 on heading into tomorrow’s CCI4*-S cross-country test is Jennie Jarnstrom with Calicia Z. “This is her first attempt at the 4-star level, so I’m thrilled with her after today,” Jarnstrom said of her Swedish Warmblood mare. “She’s just a 9-year-old, and she’s two generations of home breeding. My mom bred her sire (Papillon Z), and I had the dam (Cassidy), and this is now the fourth baby from that combination,” Janrstrom proudly explained. “I’m also really excited about tomorrow, and it’s a big track for a little horse.”

The Advanced division also completed dressage today, with Marilyn Little sweeping the class on a score of 20.0 on Raylyn Farms Inc’s RF Scandalous (Carry Gold x Richardia). “Kitty was very good,” Little said of the 15-year-old Oldenburg mare. Little also shared the same frame of mind as the other competitors that today’s dressage phase was practice for what’s next to come.

“It’s a journey in all three phases, and you want to keep chipping away at all three phases. She’s great in this phase, but we have our own goals that we’ve set for Kentucky in April, and this was a stepping-stone on the path and plan that we made in December,” Little explained. “I took her to Rocking Horse H.T. and took her to the showcase. In order to get where I want to be in Kentucky, I looked at what I want to address, and I worked on some things for Rocking Horse on the flat, and in order to push for the big marks in April, I have to be able to train her on days like today.” Little added that she is looking forward to where the mare can be by April in the dressage phase.

All divisions as the Red Hills International Horse Trials will tackle cross-country tomorrow, with the first rider on course at 8:30 a.m. Michael Etherington-Smith and David O’Connor are returning for the fifth year in a row this year as cross-country course designers. Etherington-Smith is responsible for the CCI4*-S and Advanced tracks while O’Connor designed the CCI3*-S, CCI2*-S, Intermediate, and Preliminary courses. The cross-country courses for the CCI4*-S, CCI3*-S, and CCI2*-S may be previewed on the Cross-Country App. 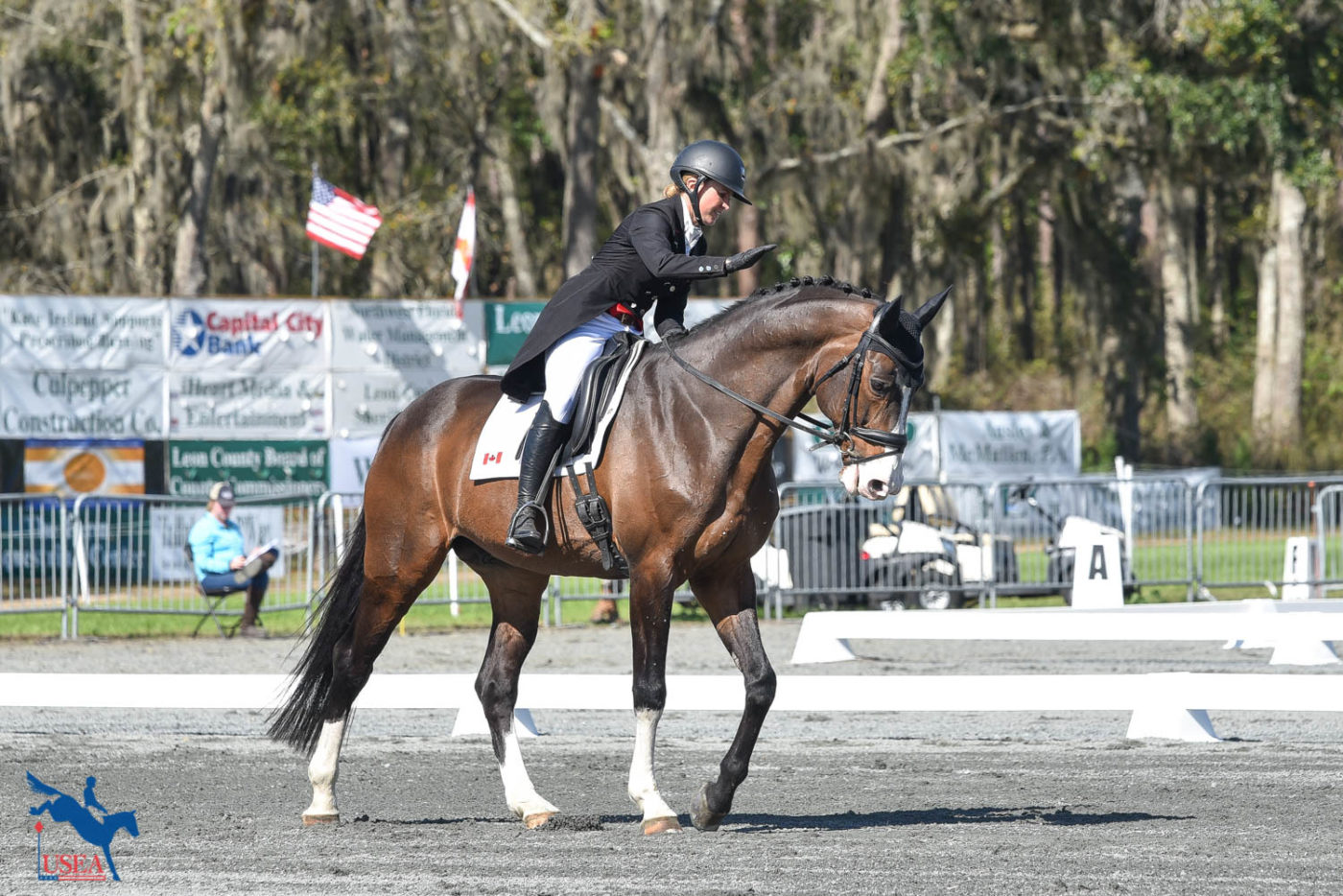 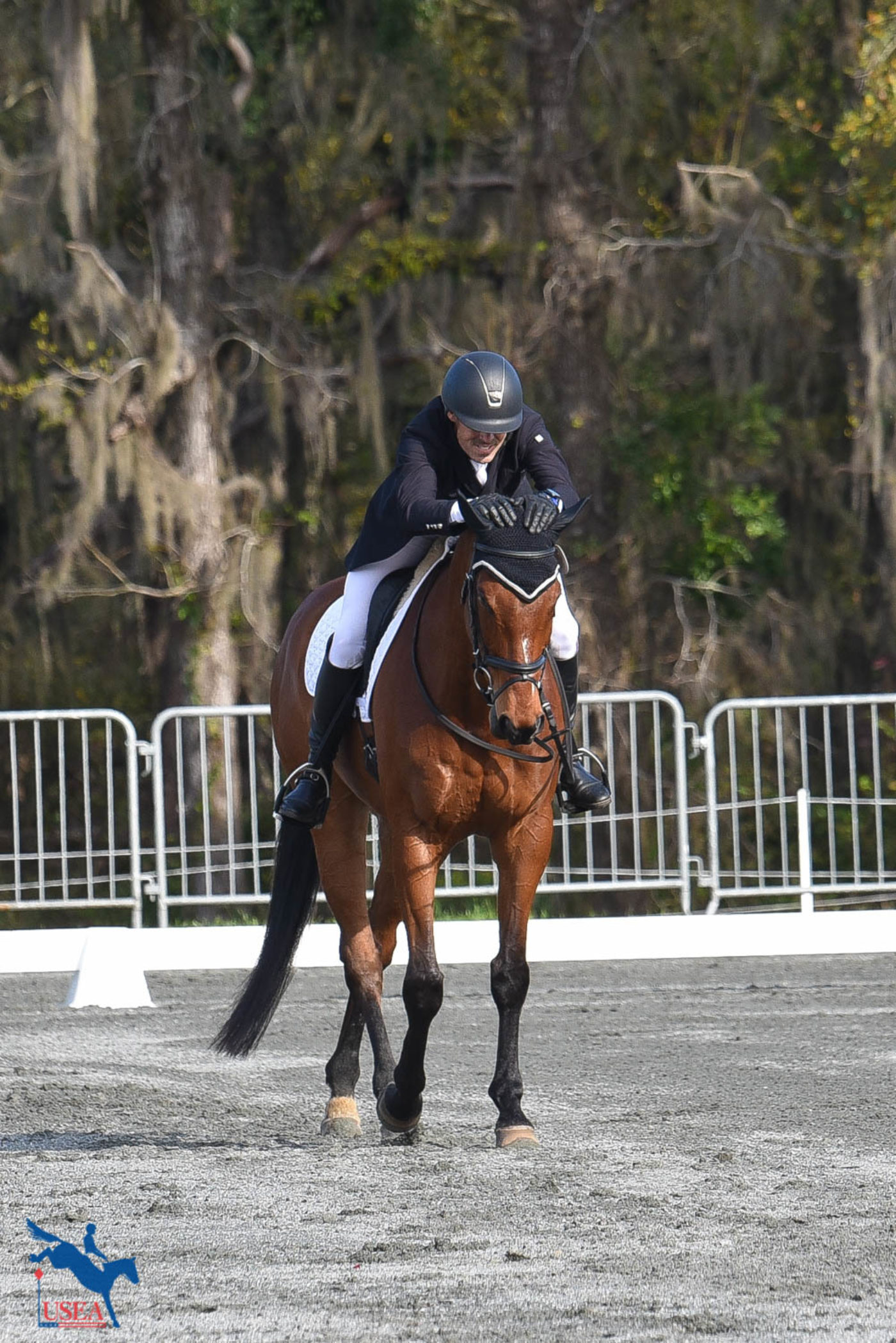 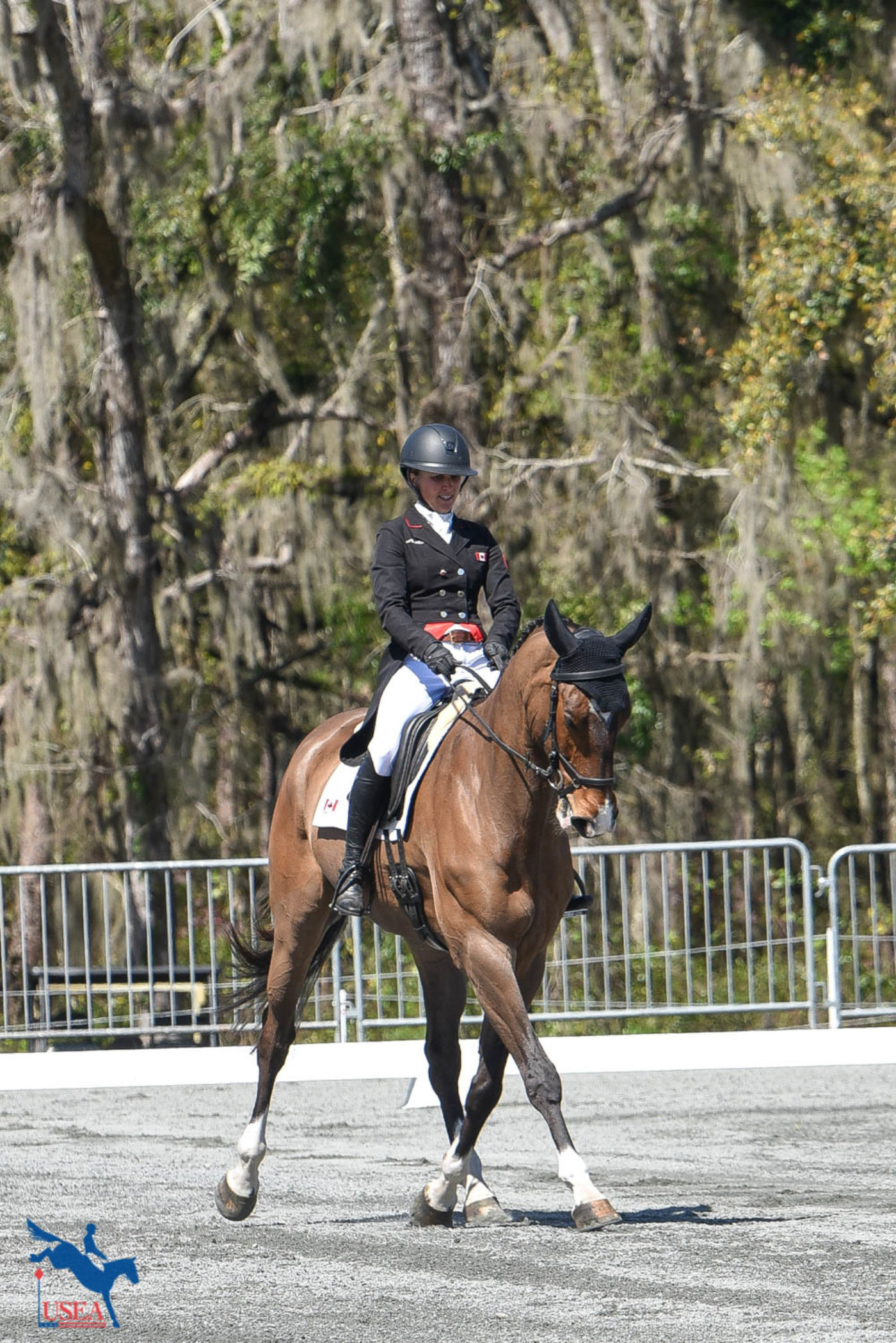 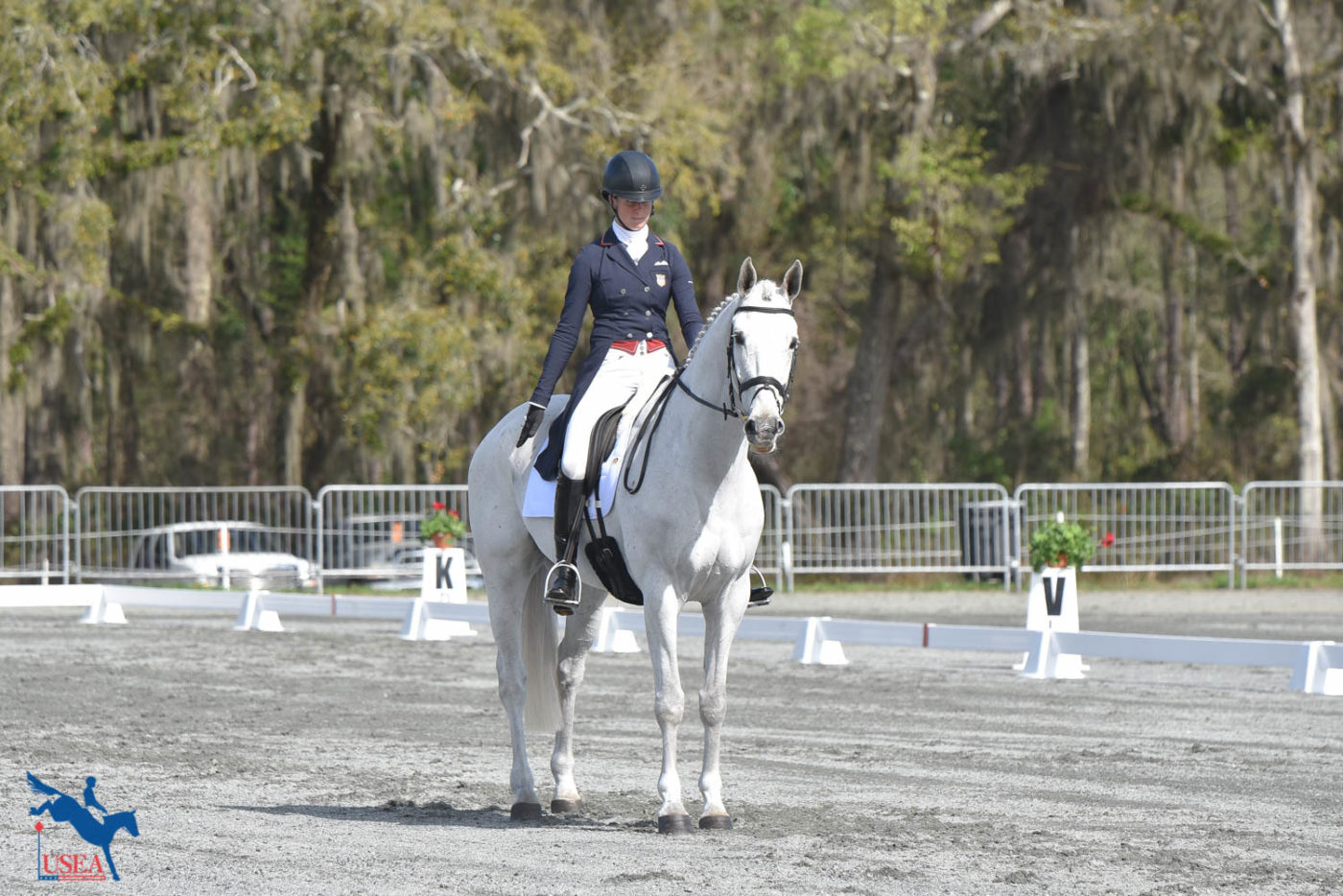 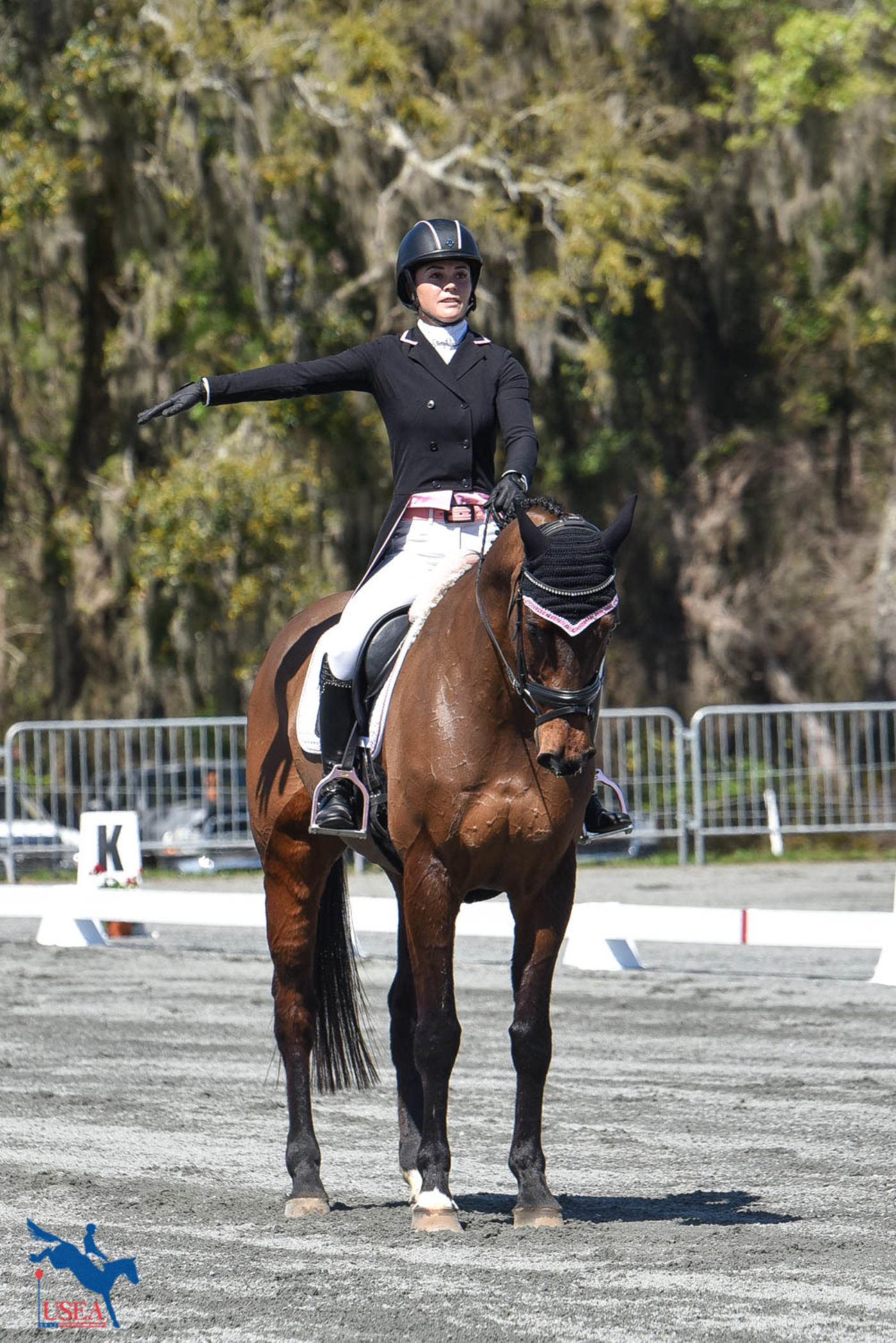 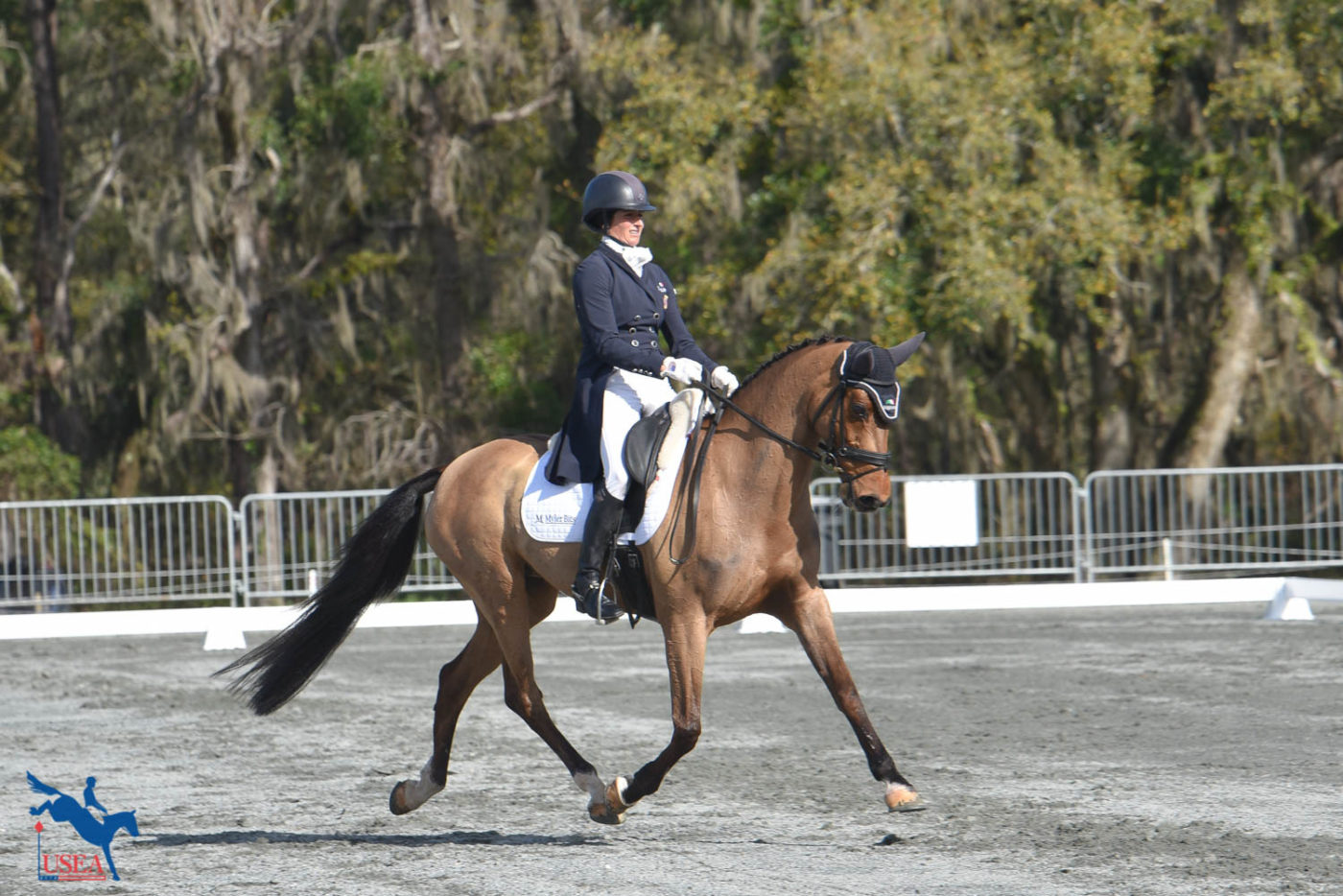 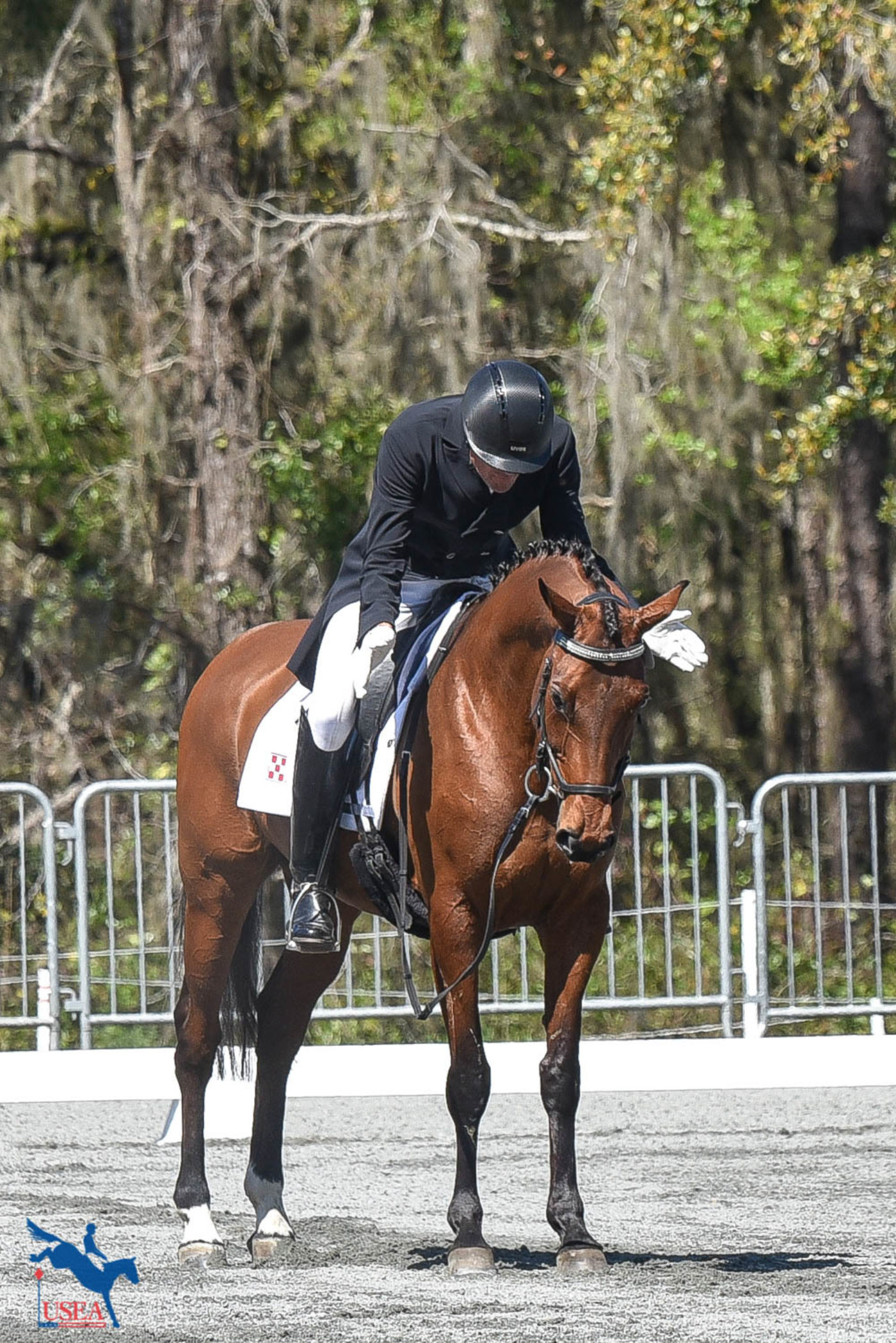 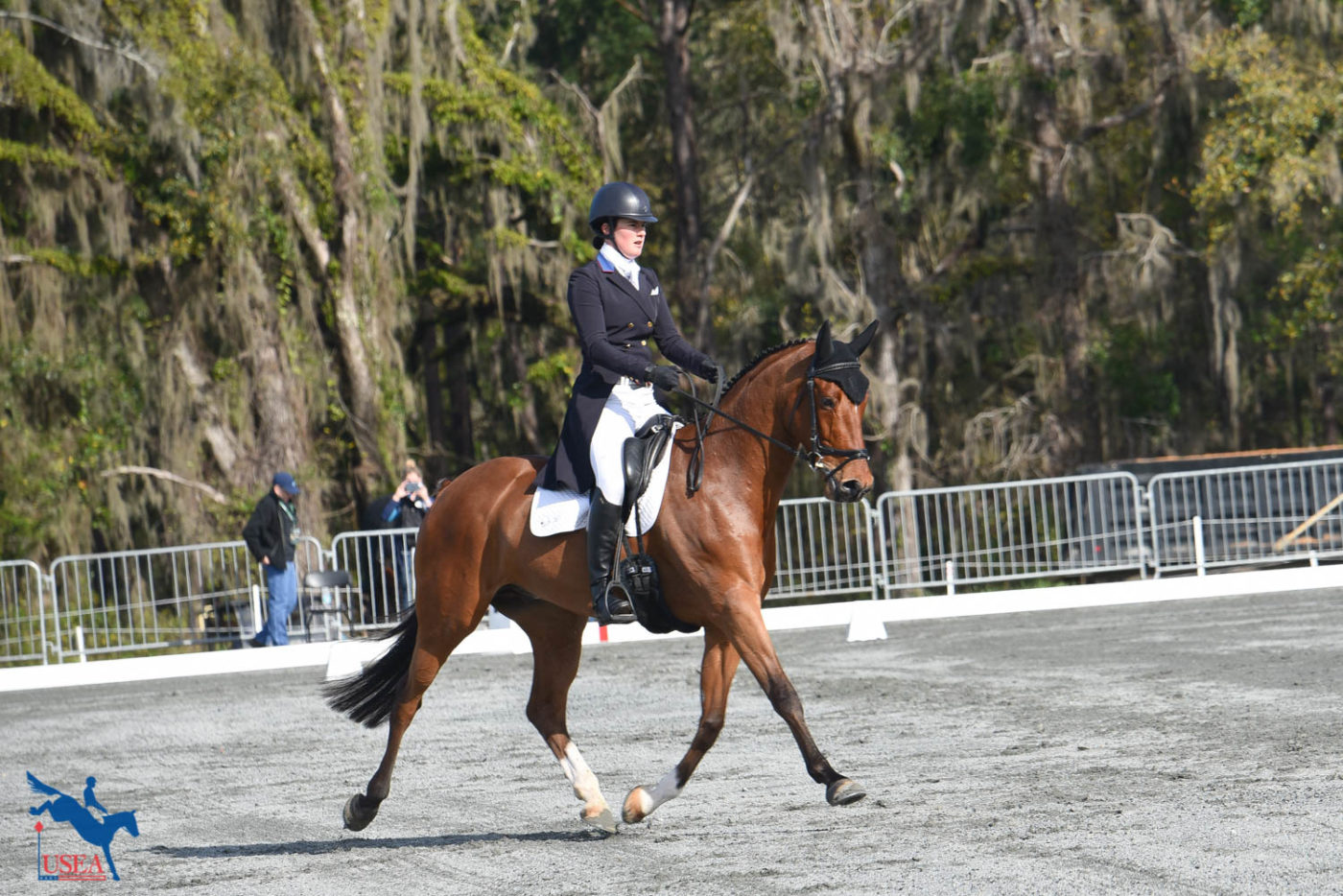 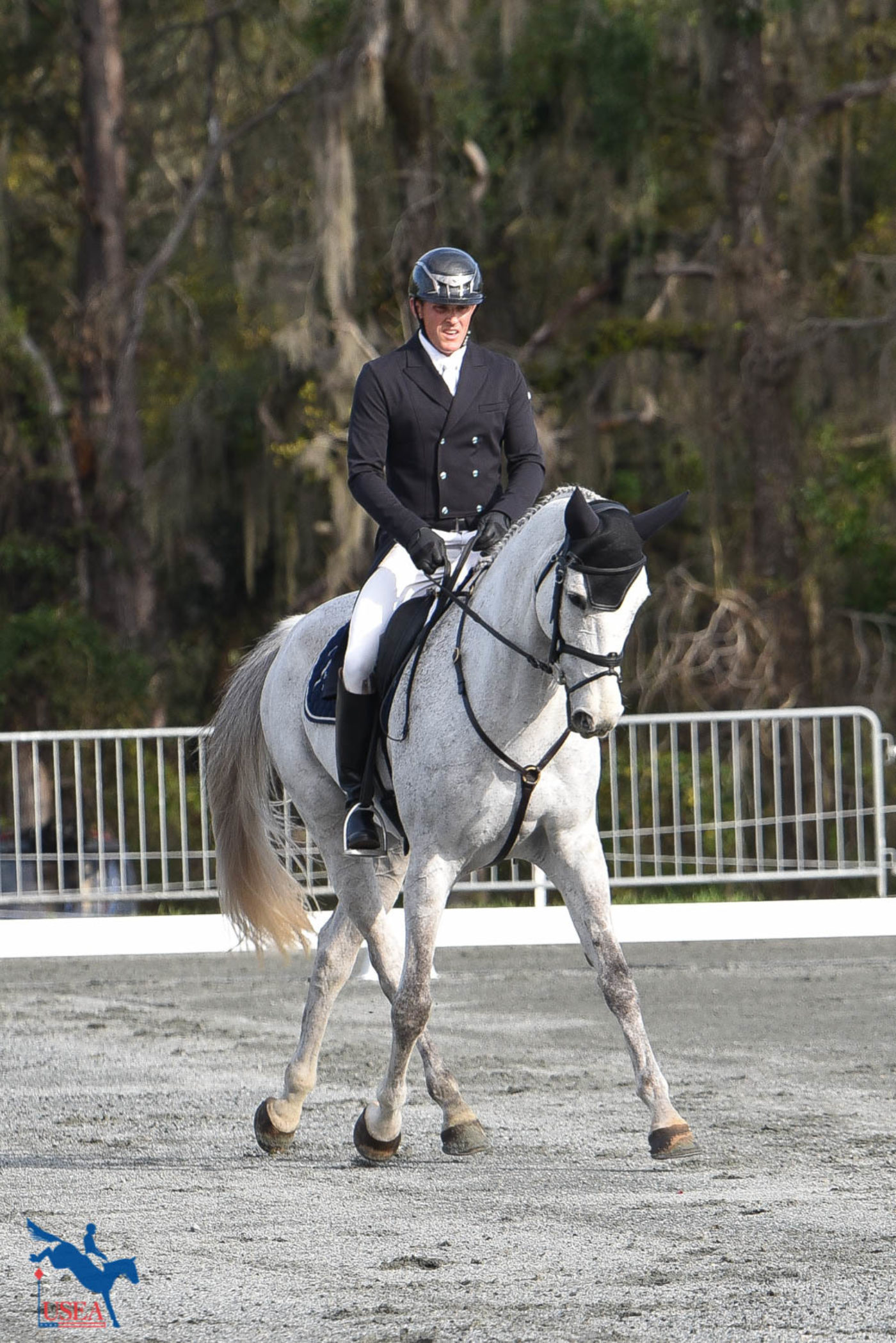 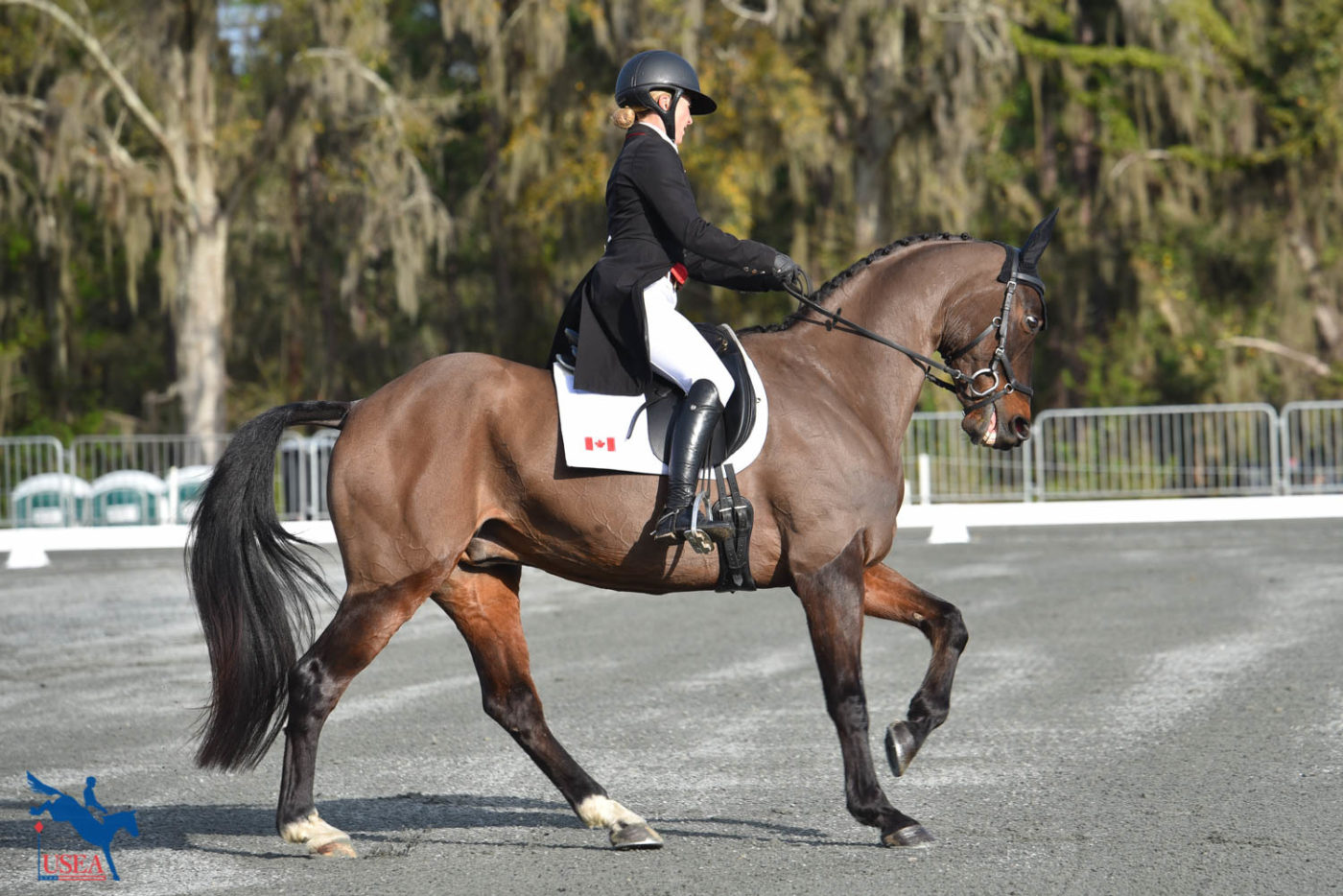 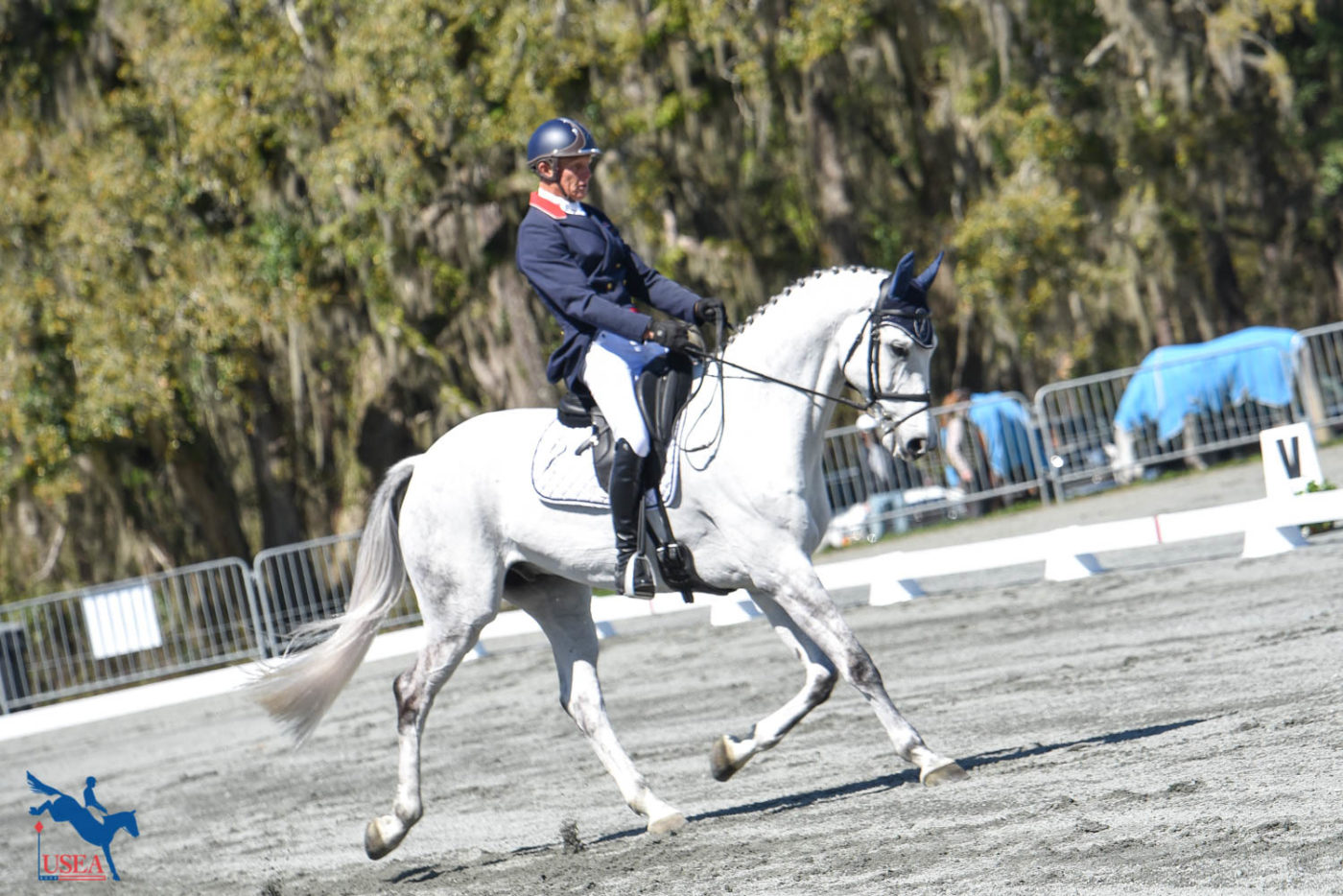 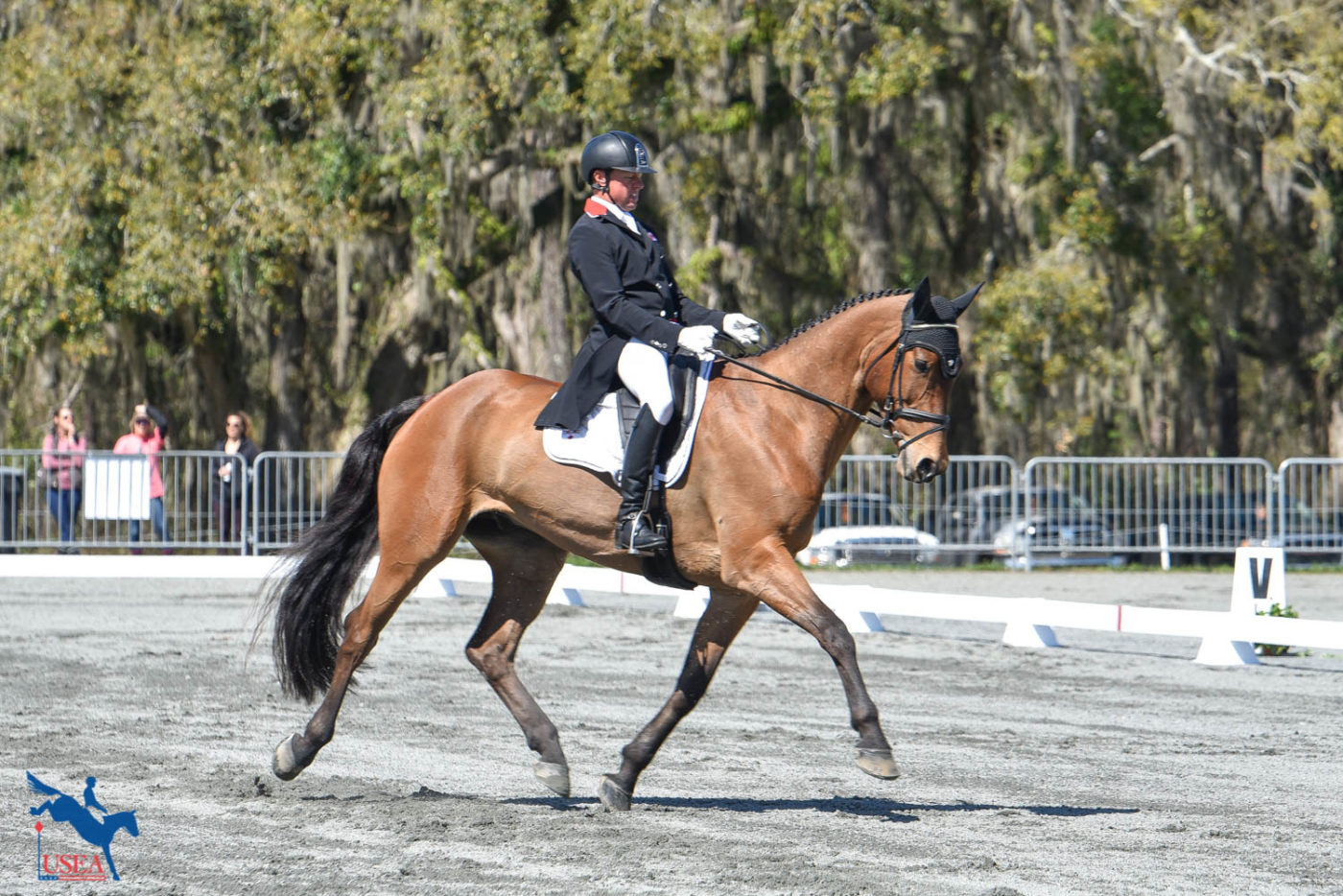