Forty-one horses move forward from the first horse inspection at the 2019 Land Rover Kentucky Three-Day Event at the Kentucky Horse Park in Lexington, Ky. Forty-two horses were presented, three were sent to the hold box, and unfortunately, one was not accepted upon re-inspection. With just 41 horses entering the dressage arena across the next two days, this marks the smallest field of horses at the Land Rover Kentucky Three-Day Event since 2008.

Christina Klingspor (SWE), the President of the Ground Jury alongside Ground Jury members Martin Plewa (GER) and Mark Weissbecker (USA) sent Tactical Maneuver (Ashley Johnson), Celien (Hallie Coon) and Paddy The Caddy (Erin Sylvester) to the hold box today. Both Celien and Paddy The Caddy were accepted upon re-inspection, but unfortunately, it was not Tactical Maneuver’s day as he was not accepted after a second look by the Ground Jury.

Dressage kicks off tomorrow at 10:00 a.m. (ET) with Caroline Martin riding her and Sherrie Martin’s Islandwood Captain Jack. This will be the first recorded CCI5*-L in the world since the Fédération Equestre Internationale (FEI) adopted the new star system in 2019. The Kentucky Three-Day is also the only five-star in the western hemisphere.

The USEA put together a full roster with fun facts about each horse and rider pair competing at the 2019 Land Rover Kentucky Three-Day Event, so download the roster here. For useful links and statistics, read the USEA Fast Facts for LRK3DE. 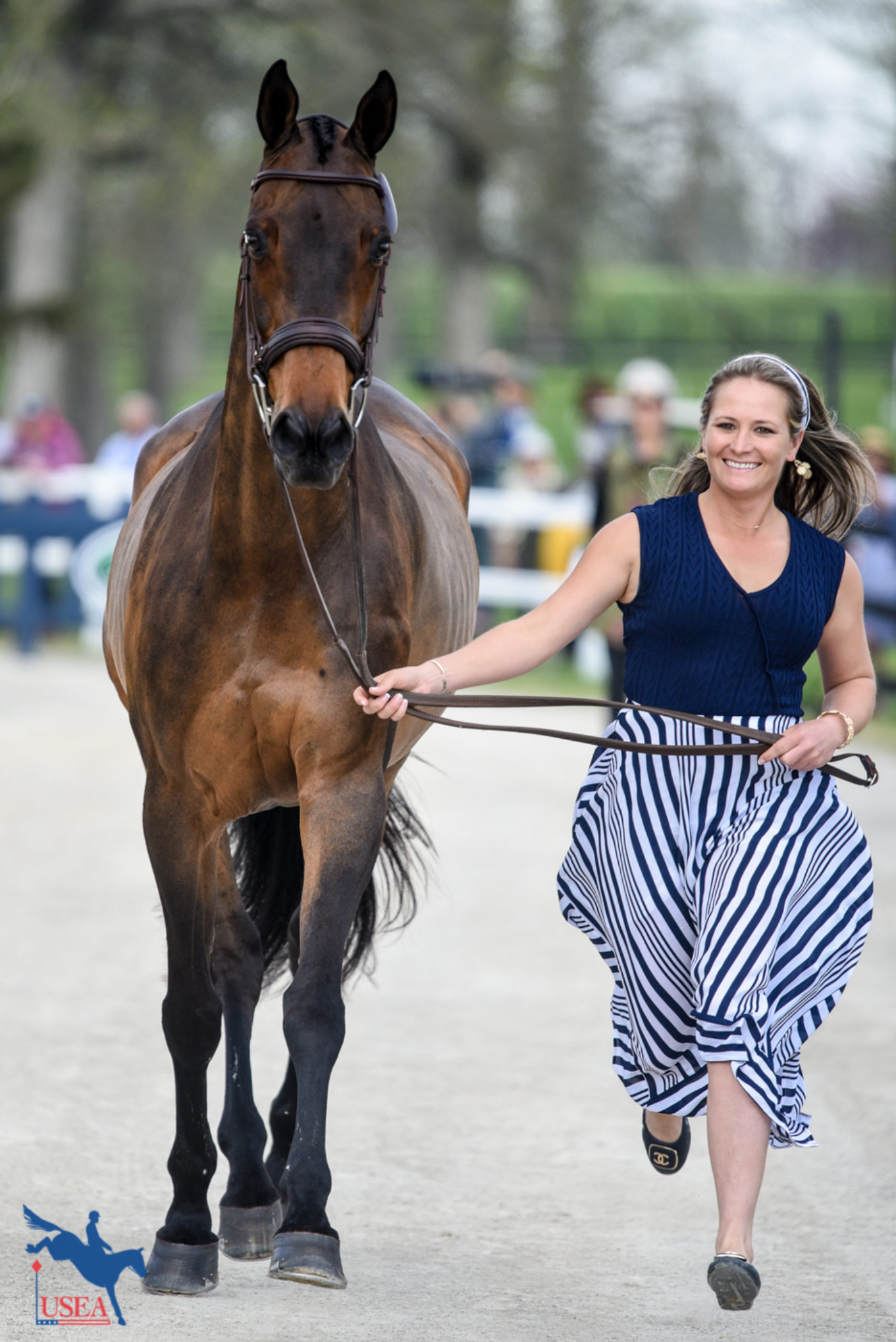 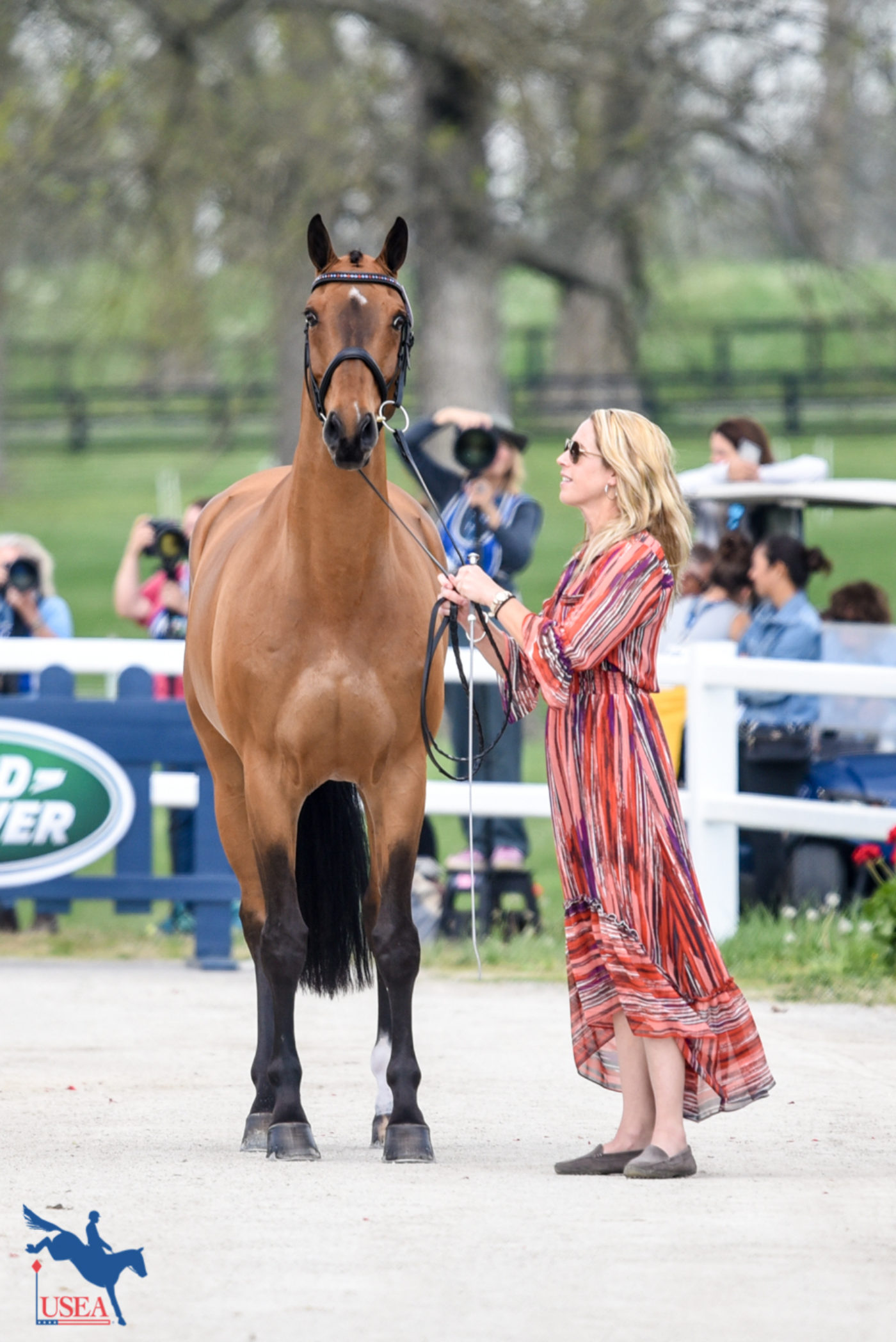 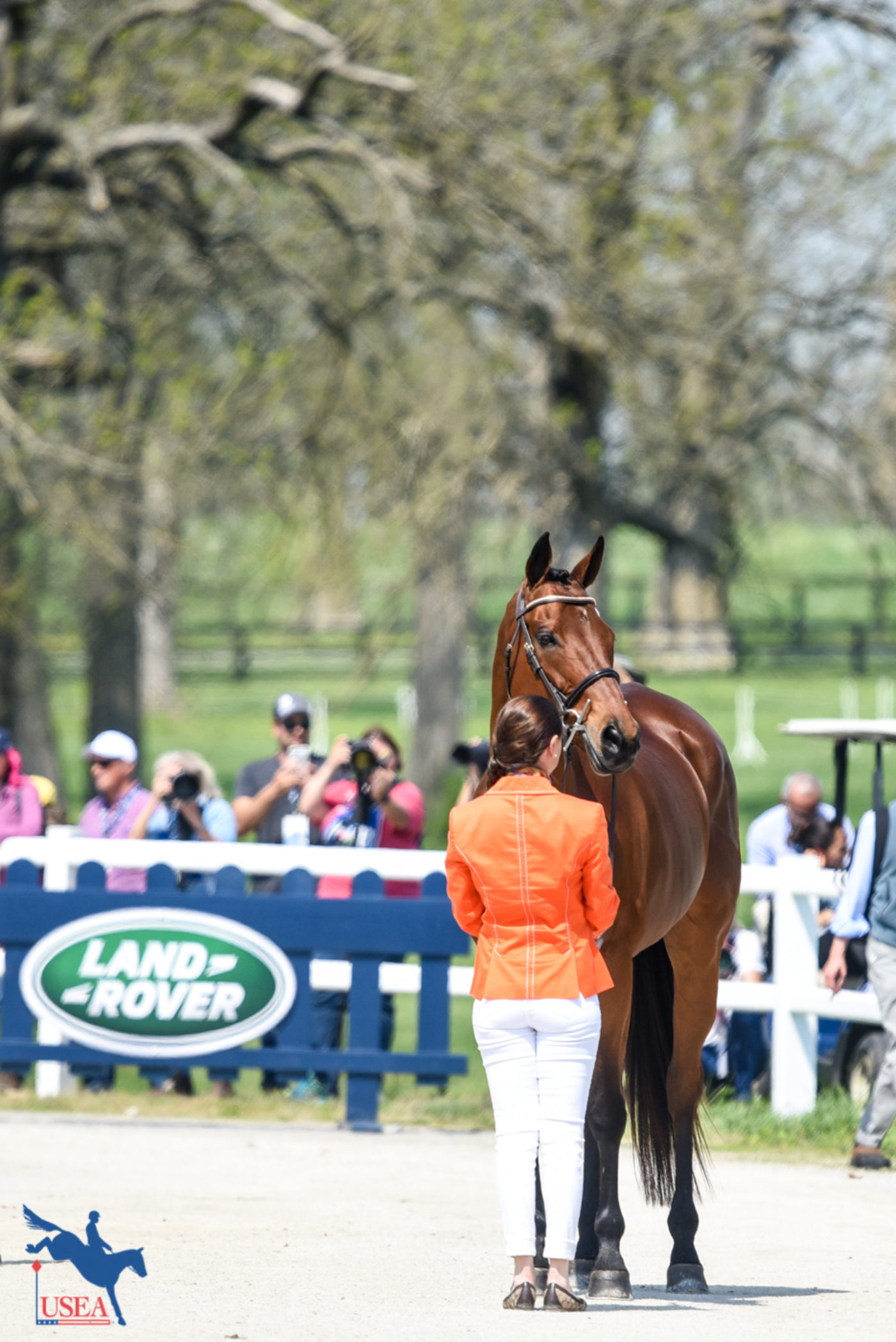 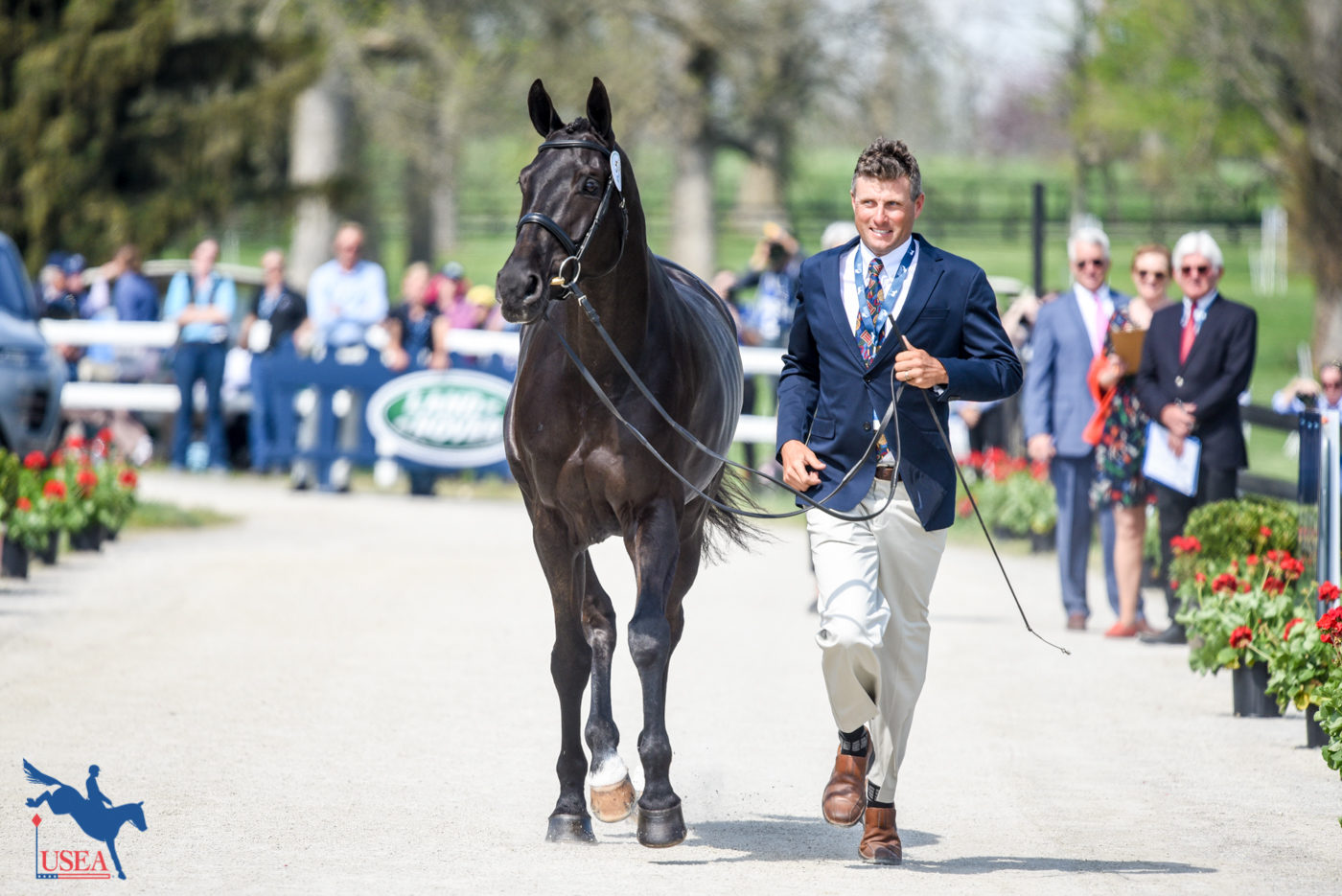 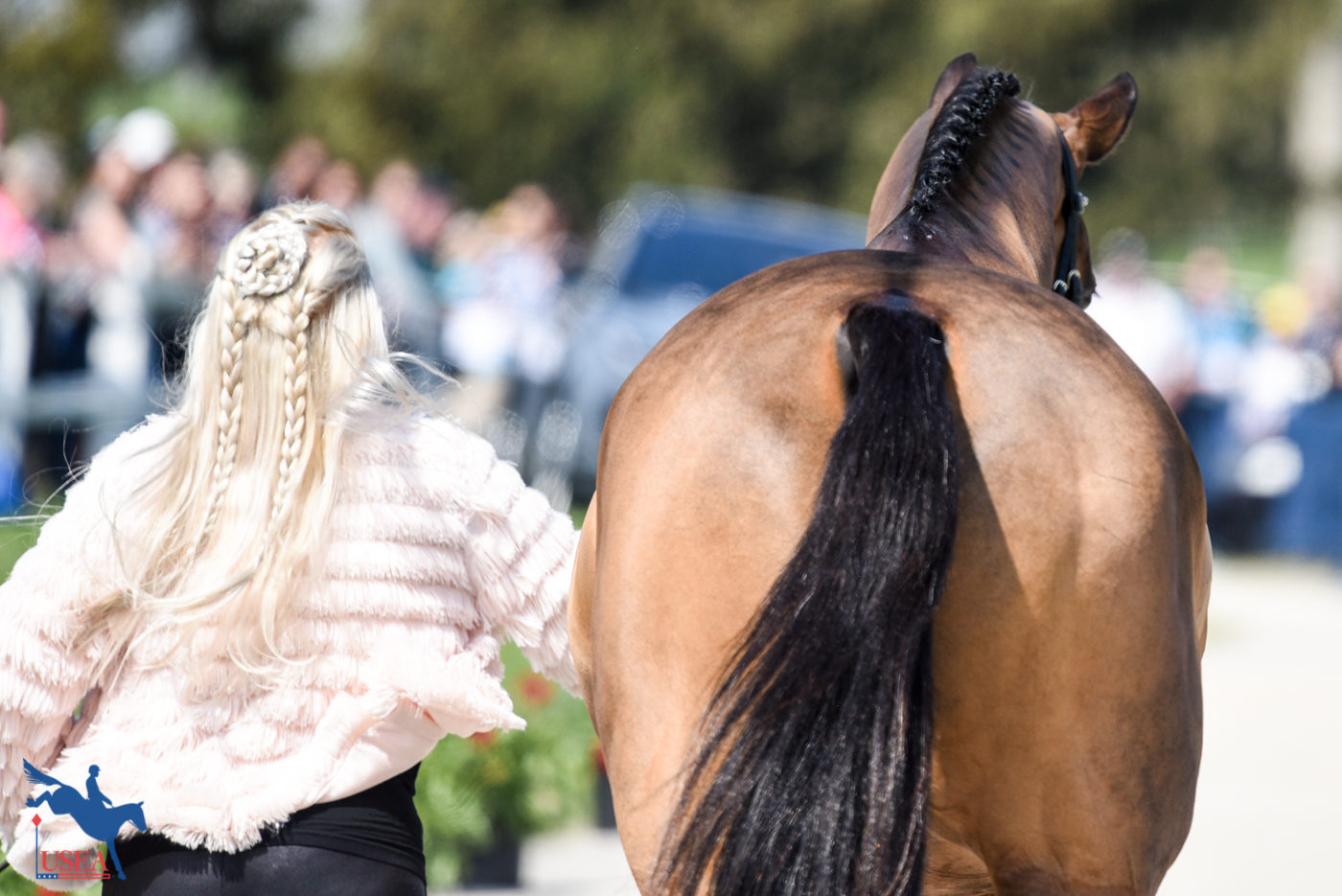 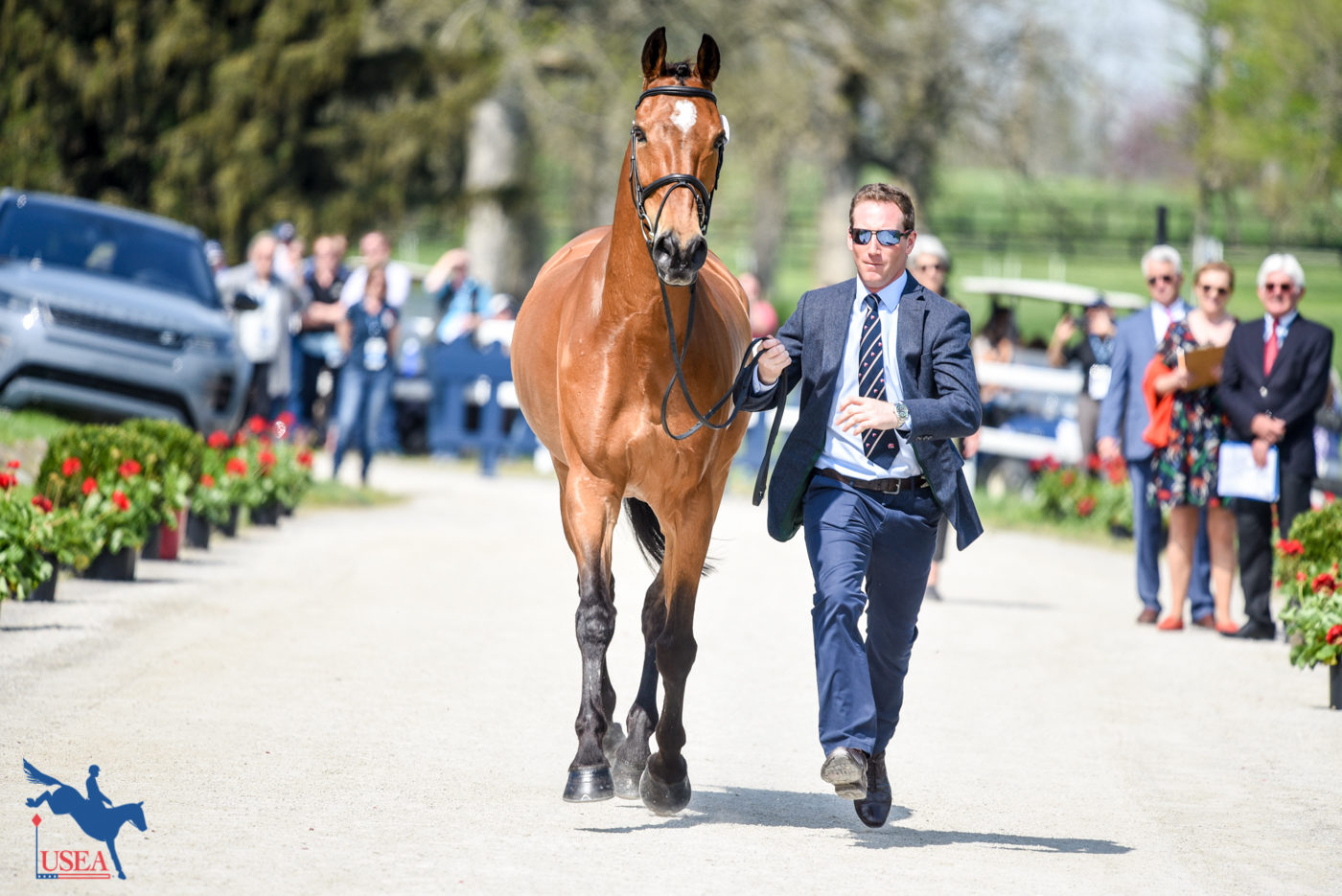 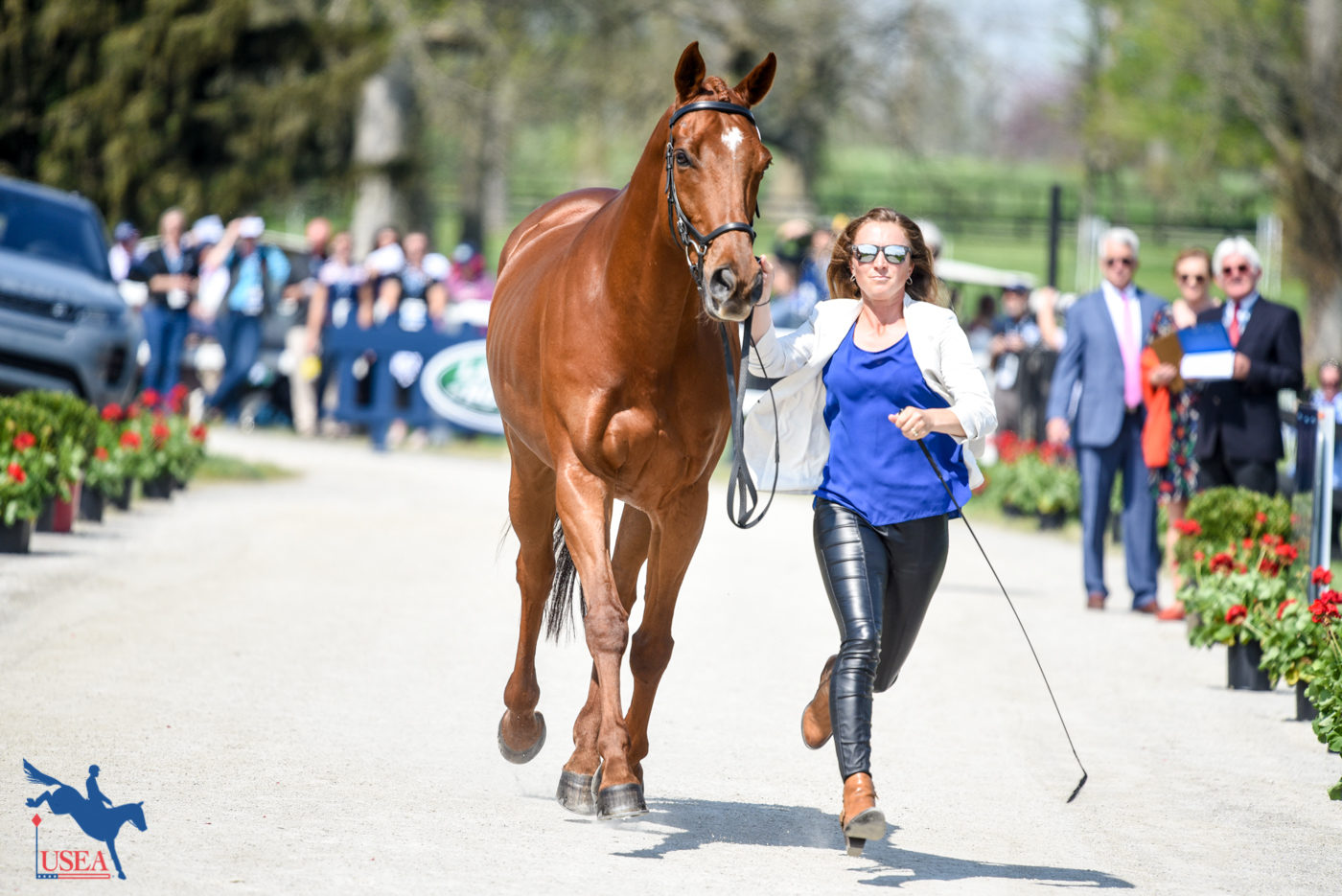 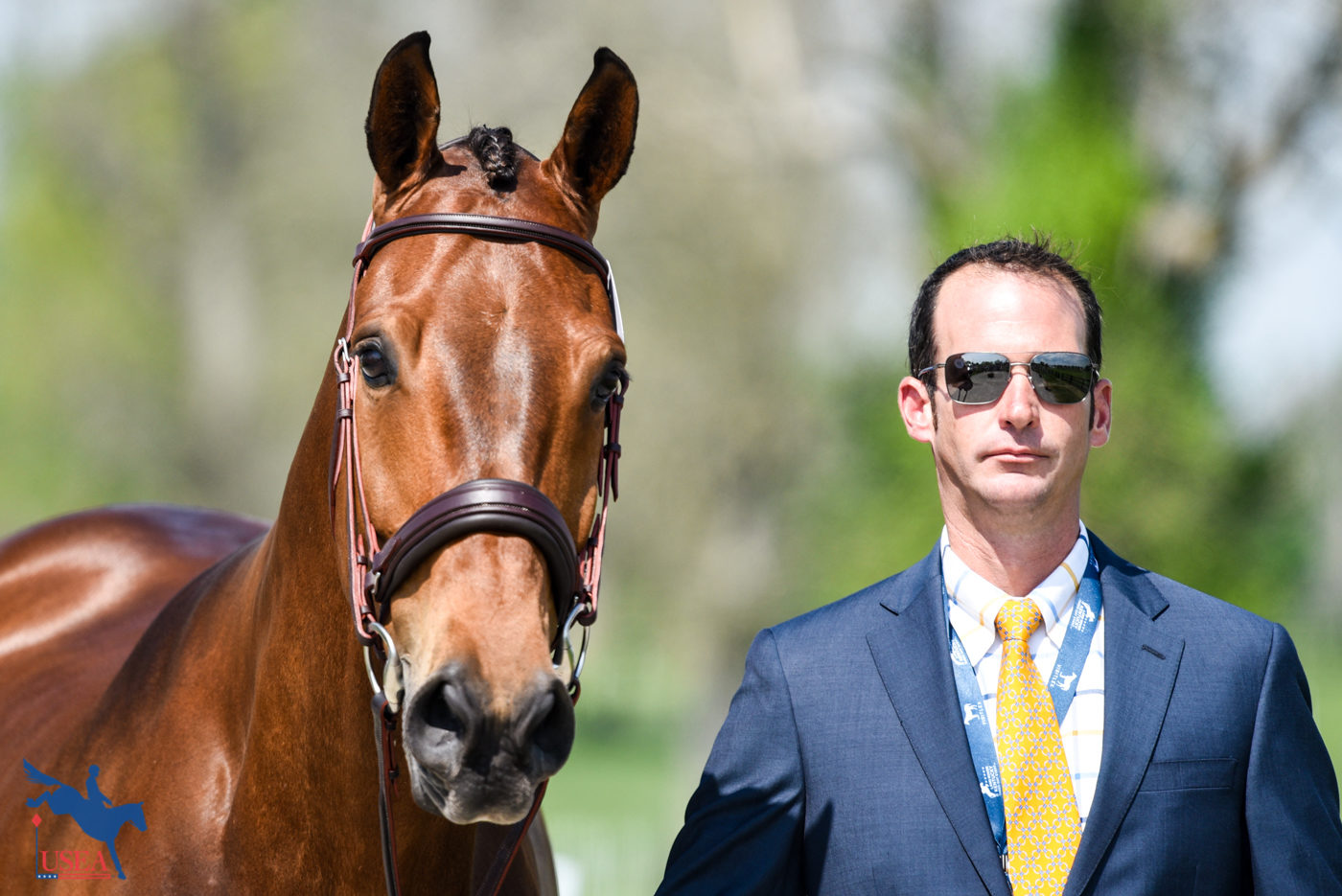 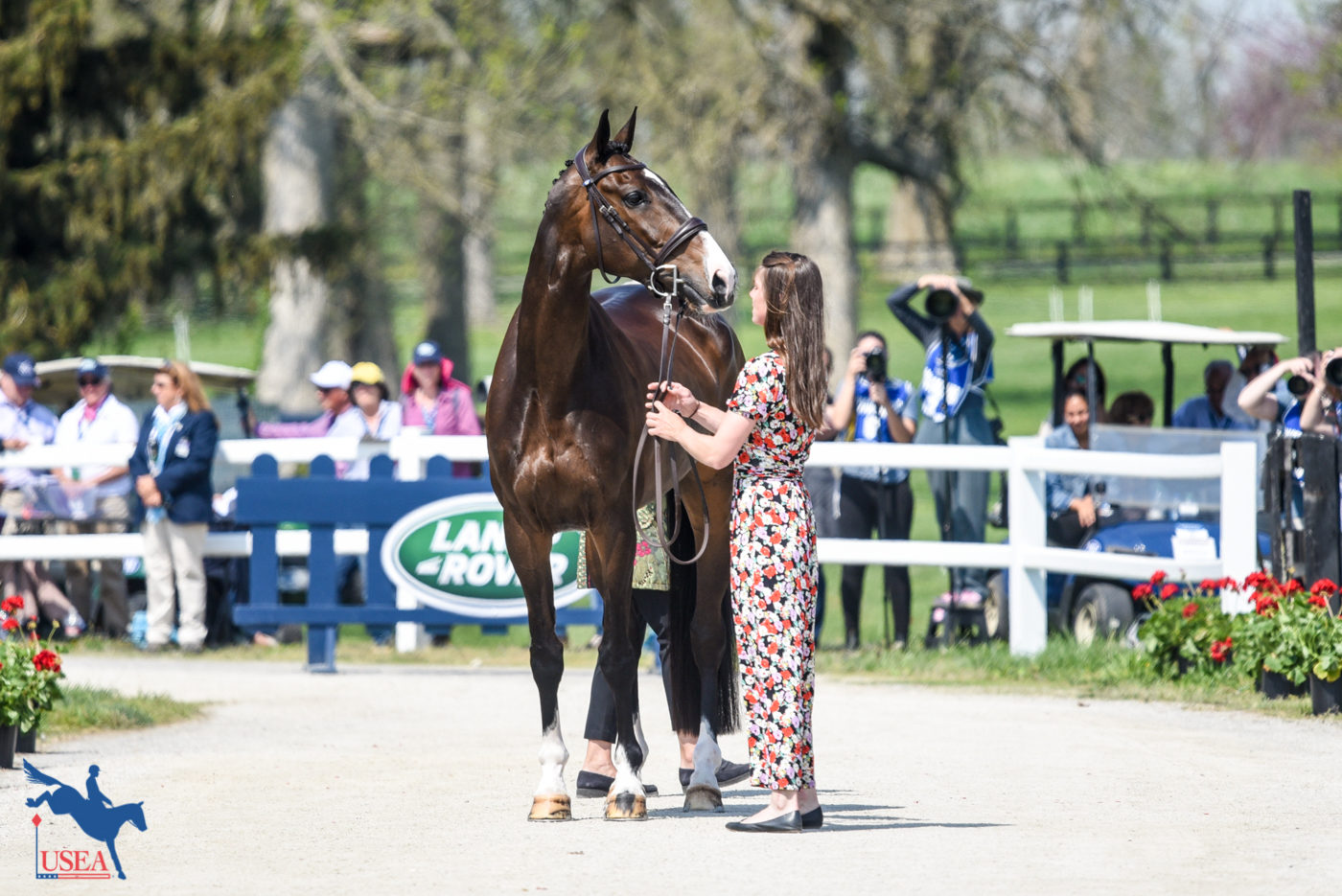 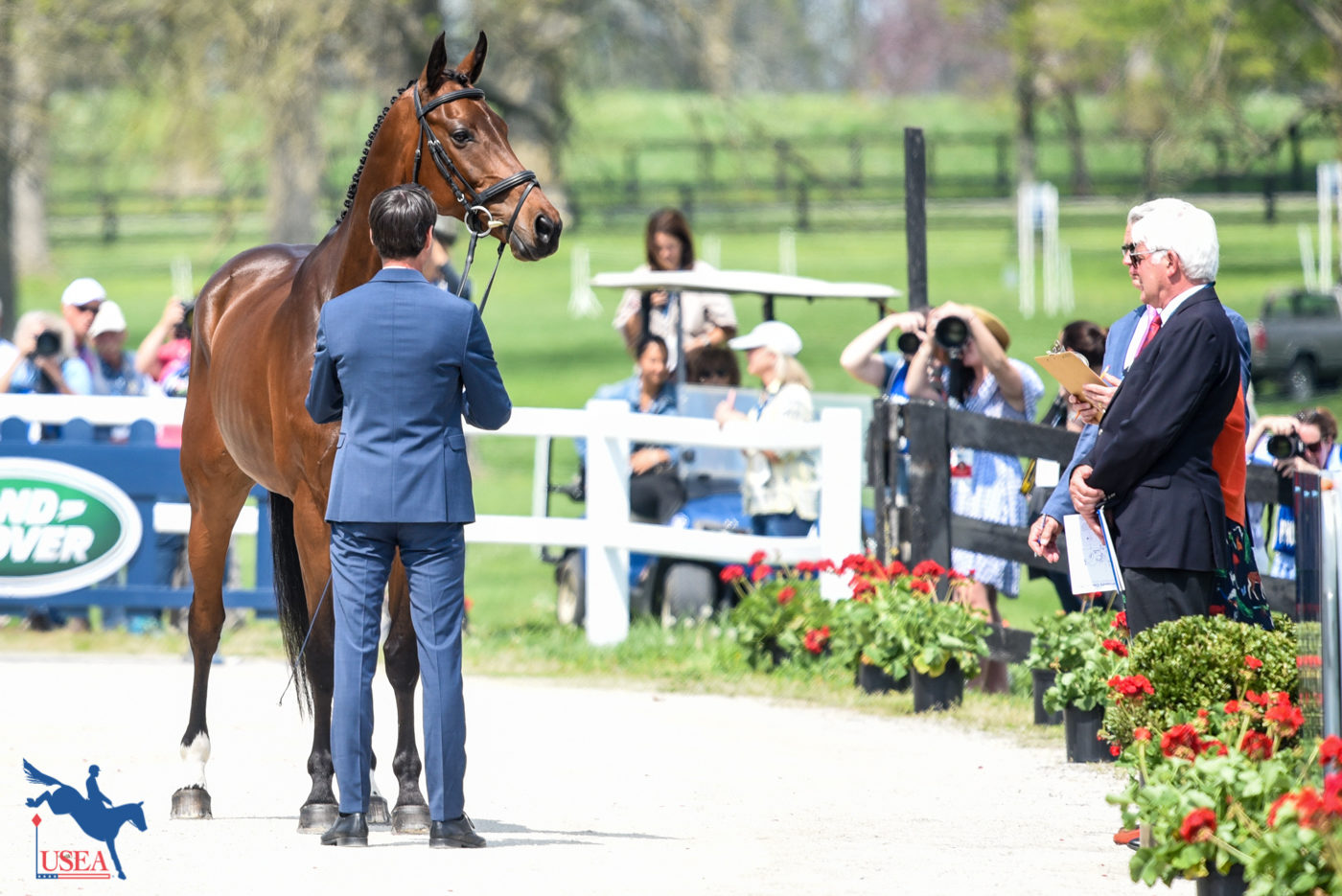 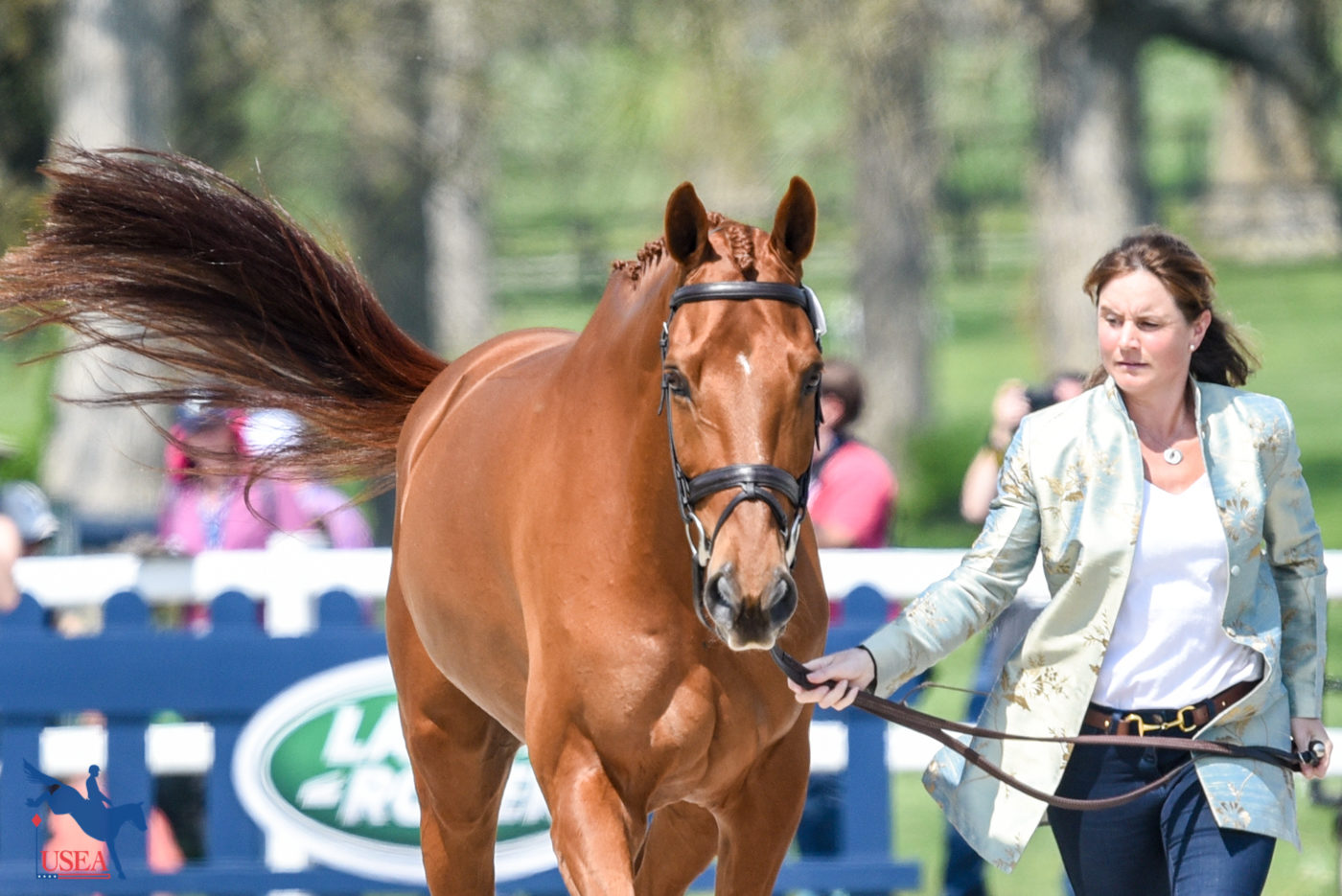 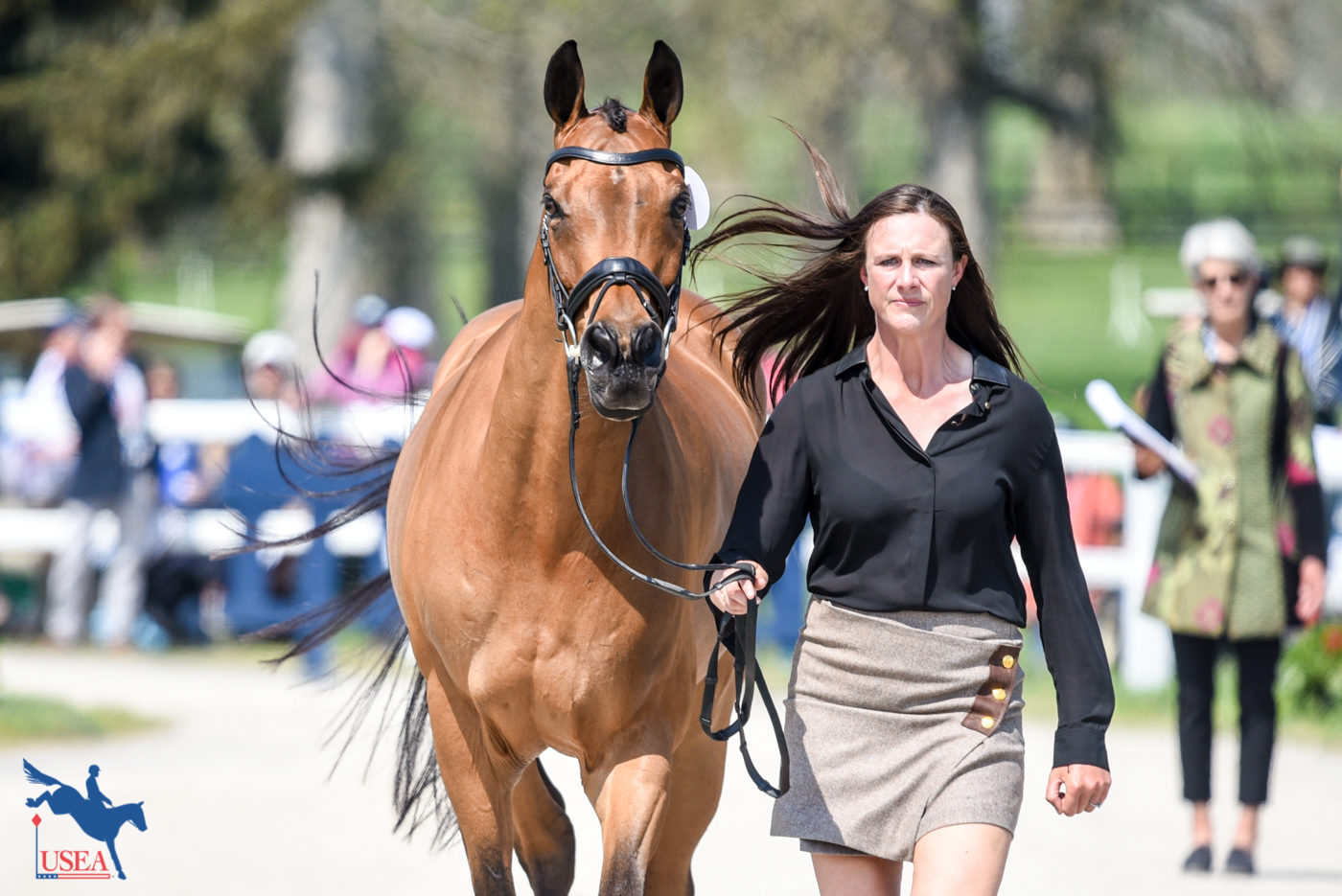 Boyd Martin claimed the win aboard Fedarman B on a final score of 29.0 in the CCI4*-L division to claim the CCI4*-L USET Foundation National Championship, adding nothing to their dressage score after two double-clear jumping rounds. In reserve, and the highest-ranked international rider, Colleen Loach and Vermont, the 10-year-old Hanoverian gelding (Van Helsing x Heraldik XX) owned by Peter Barry, also completed their weekend without adding any points, ending on a score of 29.3. Clinching third place honors via double-clear stadium round for a total of 31.0 points was Leslie Law and Lady Chatterley, the 11-year-old Holsteiner mare (Connor 48 x Mytens XX) owned by Lesley Grant-Law, Jackie Brown and Steve Brown.

In 2021, Strides for Equality Equestrian (SEE) and the United States Eventing Association (USEA) established the Ever So Sweet Scholarship which provides a fully-funded opportunity for riders from diverse backgrounds to train with five-star eventing Sara Kozumplik Murphy for one season (winter or summer). The scholarship funds cover full board and training costs for one horse, several lessons per week, housing, a stipend for living expenses, competition fees, and coaching at competitions. During the duration of their working student opportunity, participants learn to manage, care for, and compete horses in an immersive program and will have the opportunity to work as part of the team in all aspects of running a large, competitive barn, in addition to making critical professional connections that would otherwise be unattainable.

Reddick, FL - The organizing committee of the Majestic Oaks Ocala H.T. is sad to report that No Limits, Oops a 16-year-old gelding ridden by Aline Briot in the Training Rider division experienced a fall at fence 17 on the cross-country course. The horse received immediate veterinary attention at the fence and was euthanized onsite. Aline Briot was uninjured in the fall.

Eventing Fact: You Will Sometimes Fall Off

This story first appeared in the May 2022 issue of Sidelines Magazine.

In all horse sport, there’s a risk that you might hit the deck. But if you’re an event rider, that is pretty much guaranteed.