When Germany’s Michael Jung galloped across the finish timers in show jumping this afternoon at the Land Rover Kentucky Three-Day Event presented by MARS Equestrian, he not only won the CCI5*-L competition, but he marked his 11th five-star win, making him tied for second with most five-star wins with Mark Todd. Need more reason to be impressed? This weekend was FischerChipmunk FRH’s first time competing at the five-star level and the partnership earned the honors of achieving the lowest ever winning score in a five-star.

While it rained for the jog Sunday morning, the sun popped out just in time for the 30 horses cleared after the jog to enter the Rolex Stadium at the Kentucky Horse Park and contest Steve Stephens’ show jumping course. With each pair that entered the ring there seemed to be some slight shuffling on the leaderboard. In terms of jump faults, seven riders had one rail hit the ground, six riders had two rails, and seven riders had three or more poles down during the class. Time played a factor as well with 14 riders adding time penalties to their scores at the conclusion of their round.

Jung’s spectacular win was made possible starting on Friday when he and Klaus and Sabine Fischer, Hilmer Meyer-Kulenkampff, and DOKR’s 14-year-old Hanoverian gelding FischerChipmunk FRH (Contendro I x Havanna), danced their way to a dressage score of 20.1. The duo would hold their lead through each following phase, effortlessly putting on a masterclass over the challenging cross-country course and making easy work of the testy show jumping track. “FischerChipmunk is amazing. He did a fantastic dressage, and I enjoyed every phase of this competition,” said Jung.

“You always try to do your best. It’s a very special moment for me, and a very big thank you for my whole team. The biggest thank you to the owners, the Fischer group,” said Jung. “I had a great feeling in the warm up which makes you more relaxed but the pressure was on. That was also a good test for the World Equestrian Games.”

While she added 0.8 time penalties to her score in show jumping, British young rider, and the youngest rider competing at the 2022 LRK3DE, Yasmin Ingham still managed to move up in the rankings from third following cross-country to wrap up her first time in the states in second in the five-star competition.

Ingham and Janette Chinn and Sue Davies' 11-year-old Selle Francais gelding Banzai du Loir (Nouma D’Auzay x Gerboise Du Cochet) kicked off their competition weekend with a stellar dressage test earning them a score of 28.1 The duo saw just 2.8 time penalties added to their score after their cross-country performance on Saturday and executed a classy show jumping round on Sunday to leap up the leaderboard.

"It exceeded all expectations. I’ve got all faith and confidence in the horse. If someone told me that I’d be second place to Michael... it’s a dream come true,” said Ingham. “He really deserves this result. He has such a huge future ahead of him. I’m extremely grateful to my whole team and my owners Sue and Janette. The whole package is what makes this result happen.”

Rounding out the podium and earning the title of National Champion was U.S. rider Doug Payne riding the USEA Young Event Horse (YEH) graduate, the 11-year-old Zweibrucker gelding Quantum Leap (Quite Capitol x Report to Sloopy) owned by Payne and his wife Jessica and bred by Elizabeth Callahan.

“We bought him as a weanling from Didi Callahan, who bred him. We have four horses that she’s bred so this is the start of the pipeline of horses coming. To get here, he certainly blew my expectations away. He continues to get better and better. I couldn’t ask for much more," Payne reflected.

Their double-clear show jumping round had them rounding out the weekend on a score of 38.4 after adding just 1.2 time penalties to their dressage score of 37.2 in cross-country. Quantum Leap wasn’t the only celebrity in Payne’s string. Payne also competed his Olympic mount and long-time partner the 18-year-old Trakehner gelding Vandiver (Windfall II x Visions of Grandeur) who Payne and his wife co-own with Debi Crowley. Following cross-country on Saturday, Payne announced Vandiver’s retirement from upper-level competition. The crowd roared following Payne and Vandiver’s show jumping round, celebrating all that the horse has accomplished in his career as an eventer.

"It will probably sink in in a few days," Payne said of his title of National Champion. "It has been a lifetime of work, obviously. With Vandiver retiring after this week and having Quantum Leap stepping up and into his shoes, I think his future is incredibly bright and I think that this is a good starting point." 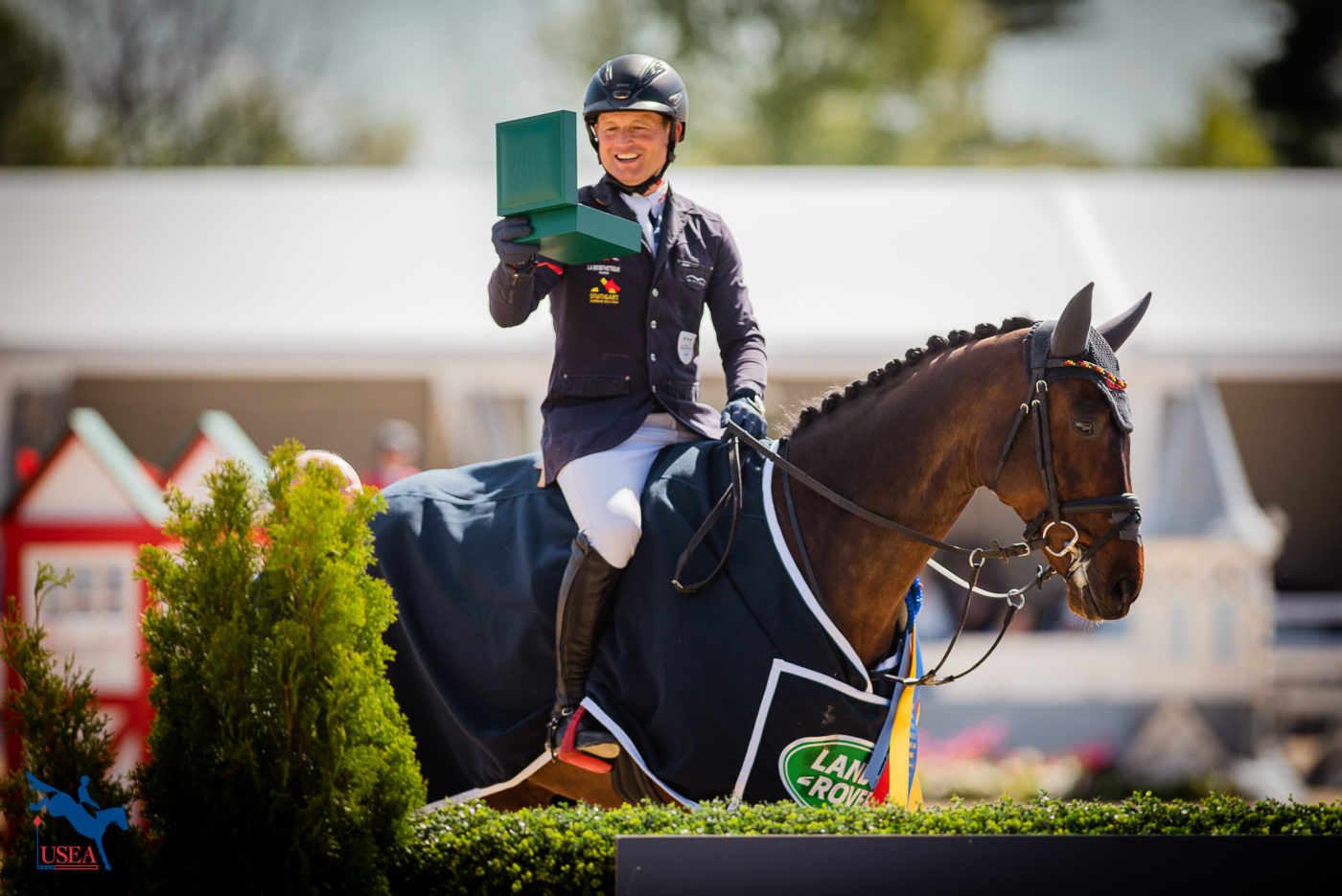 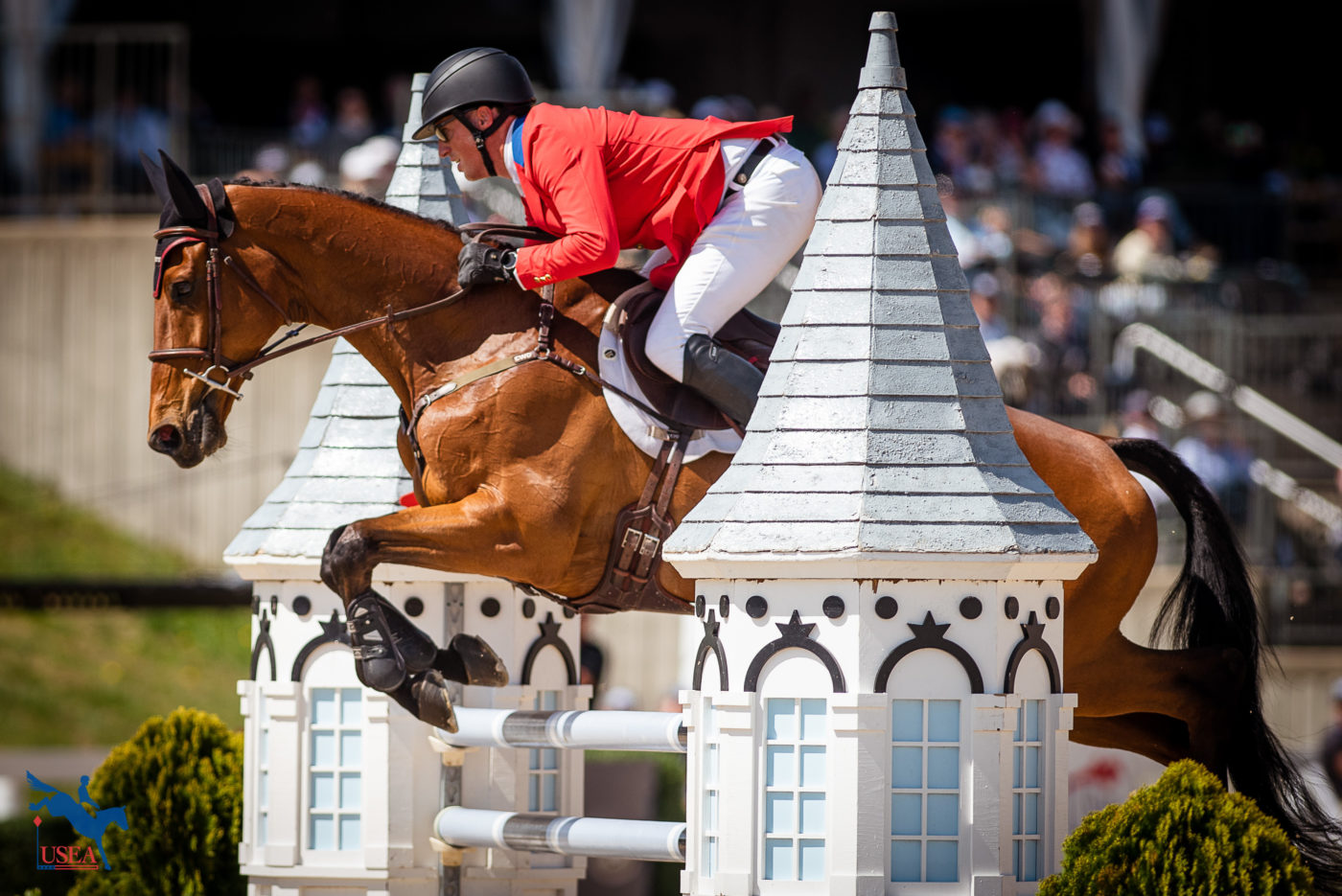 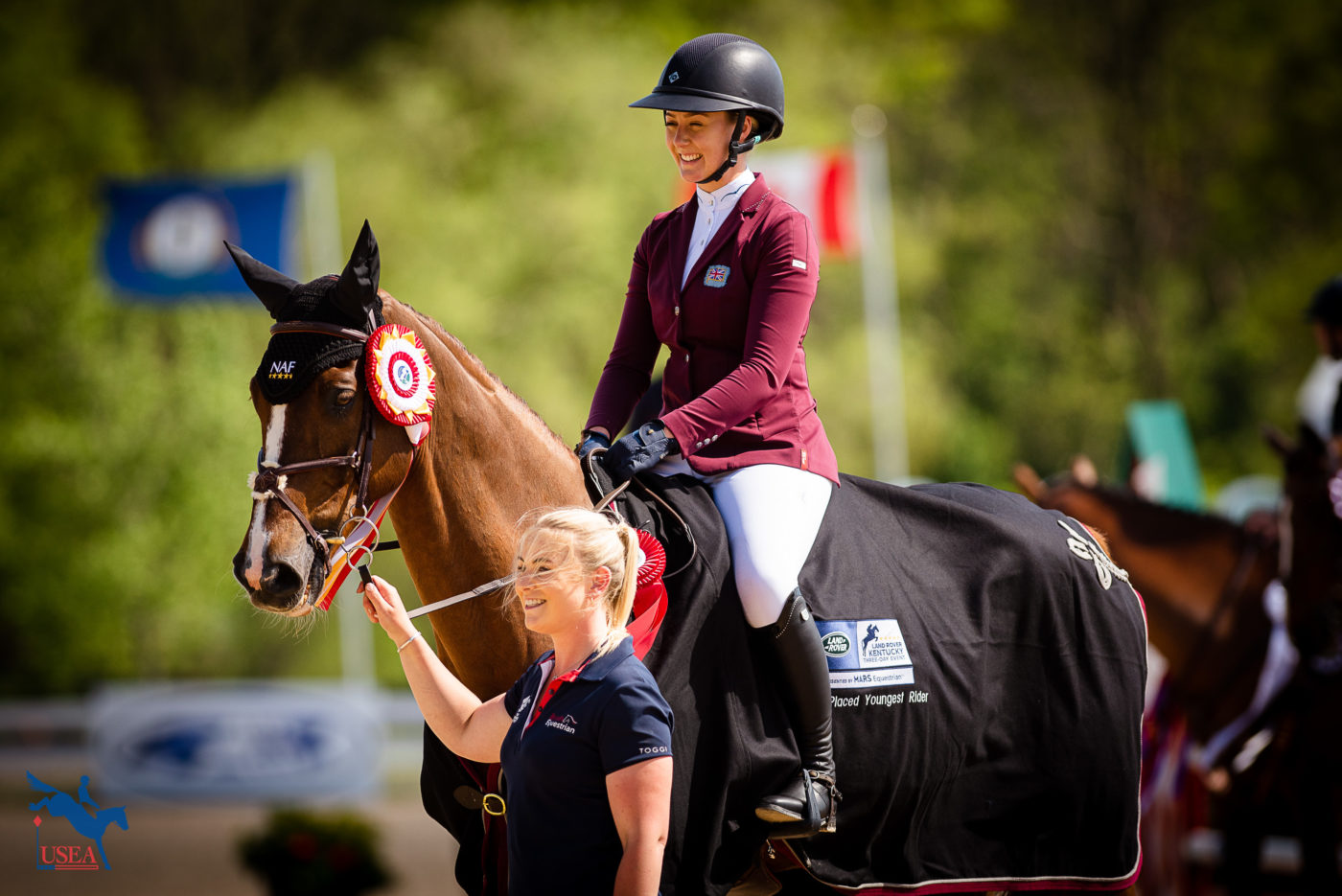 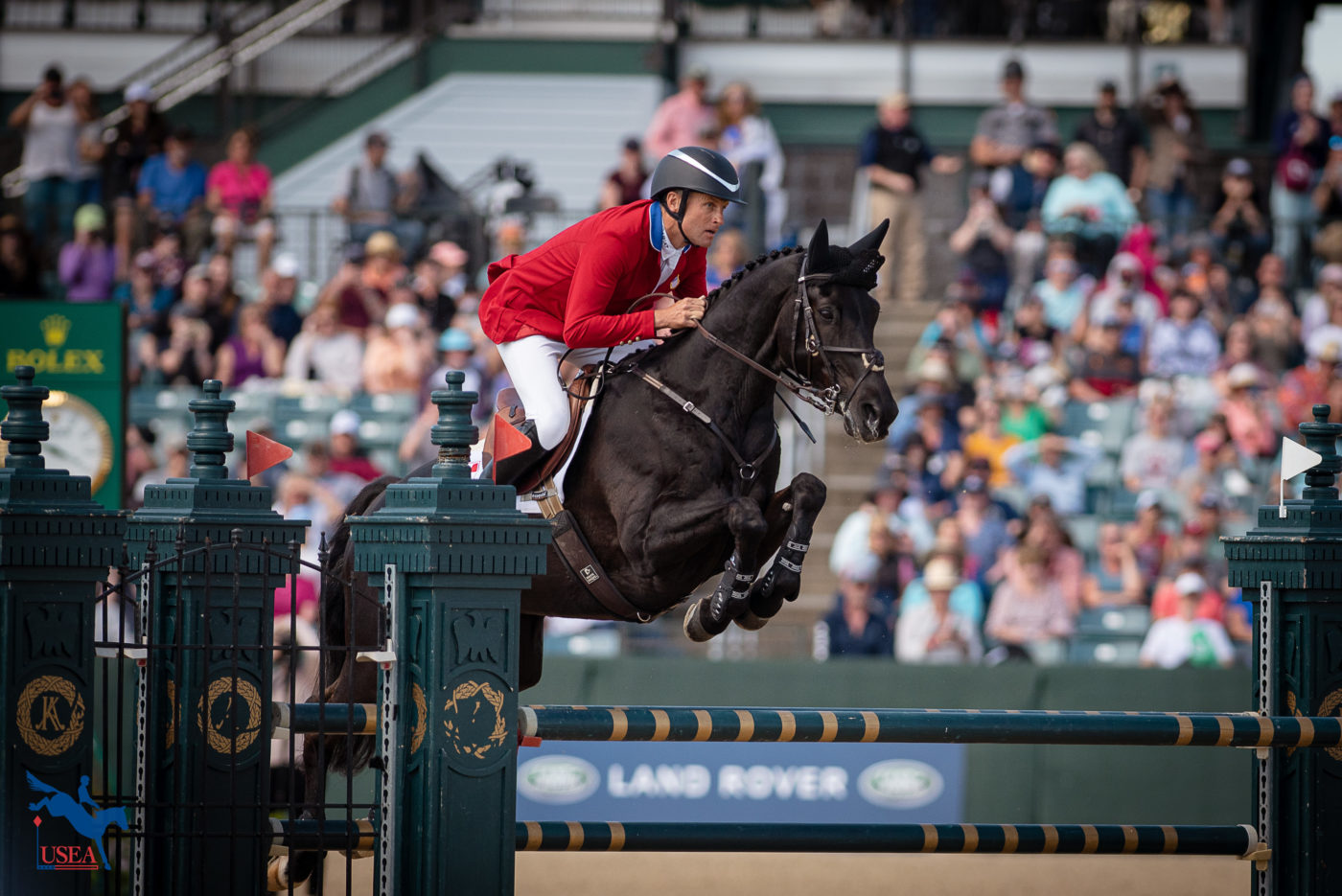 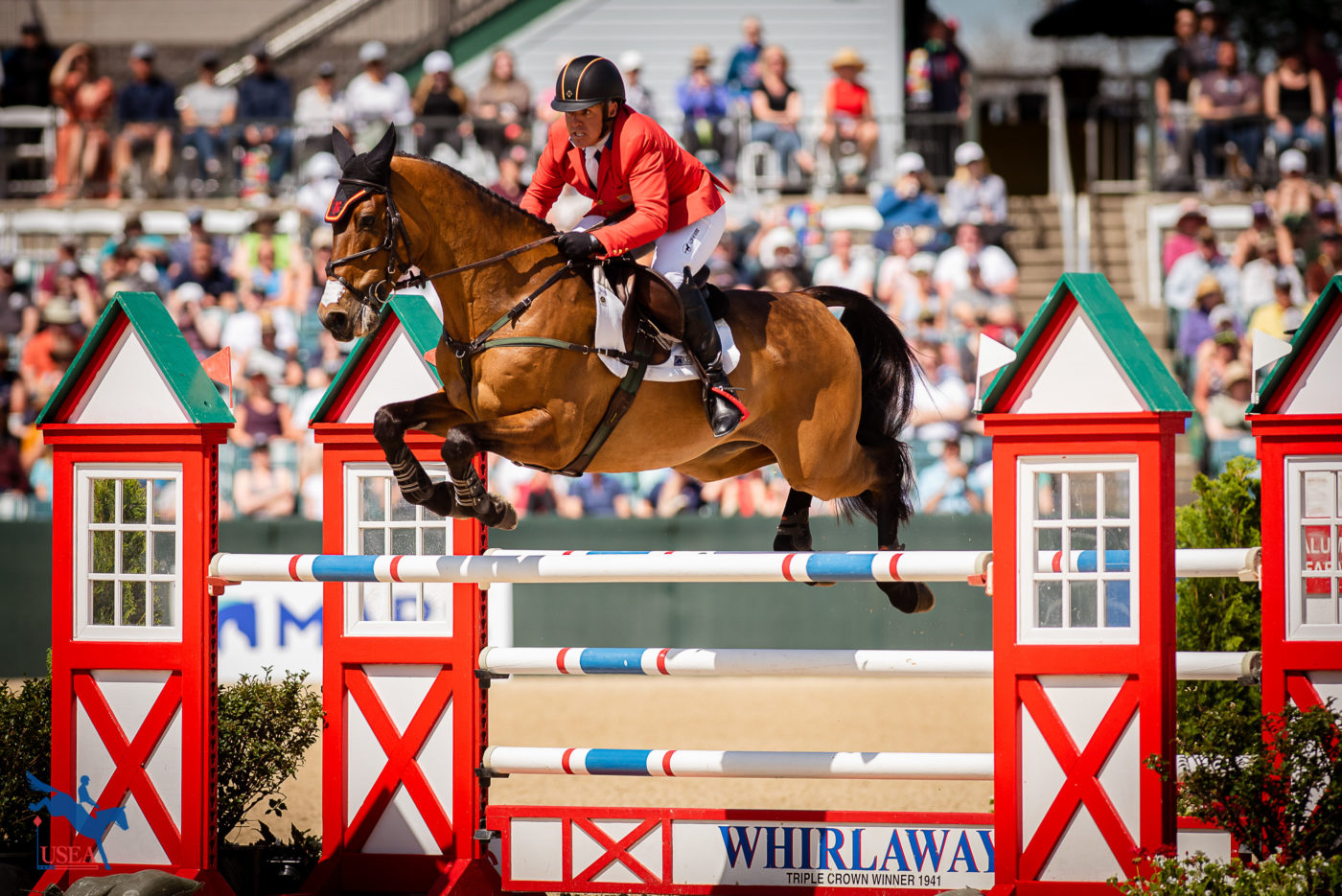 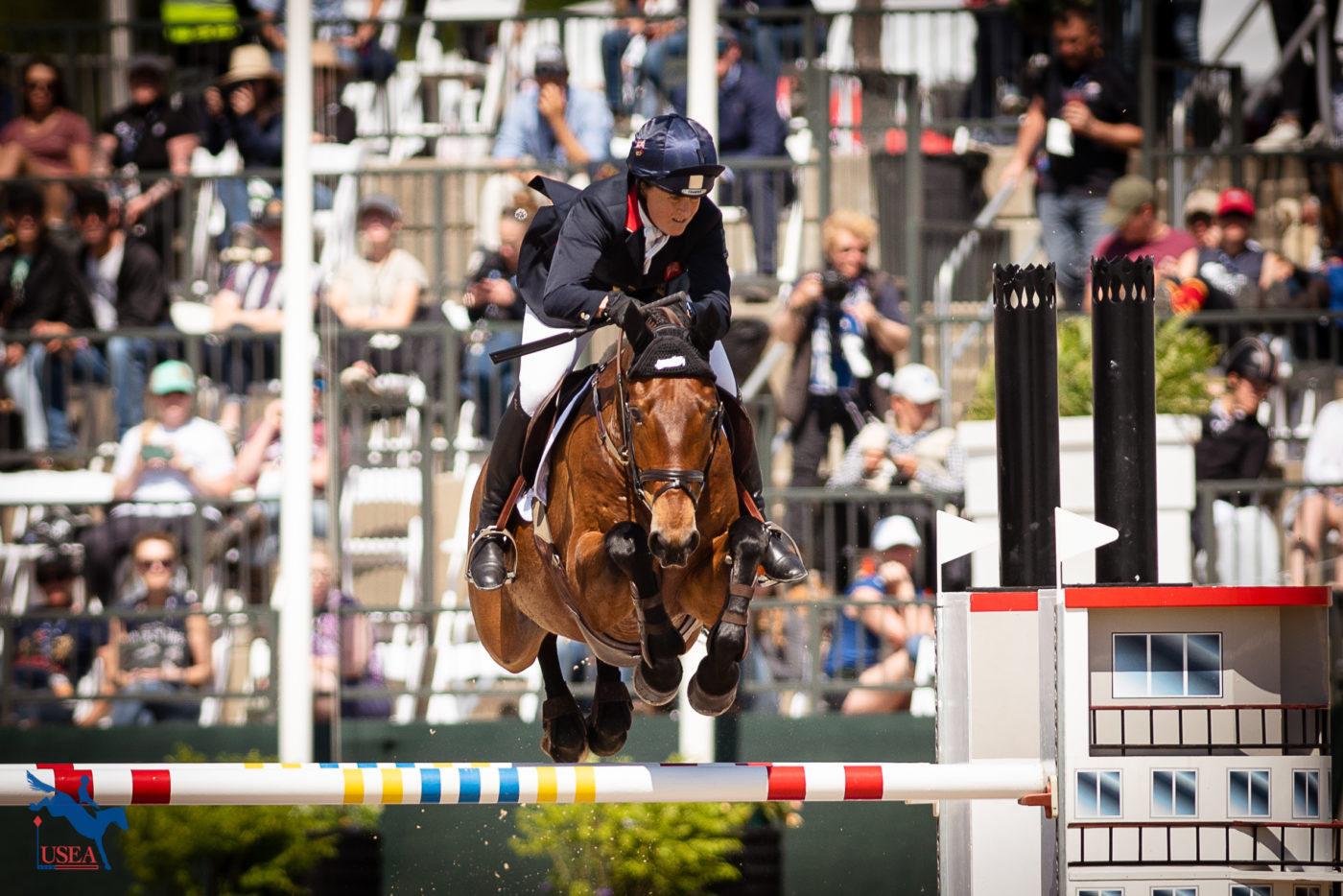 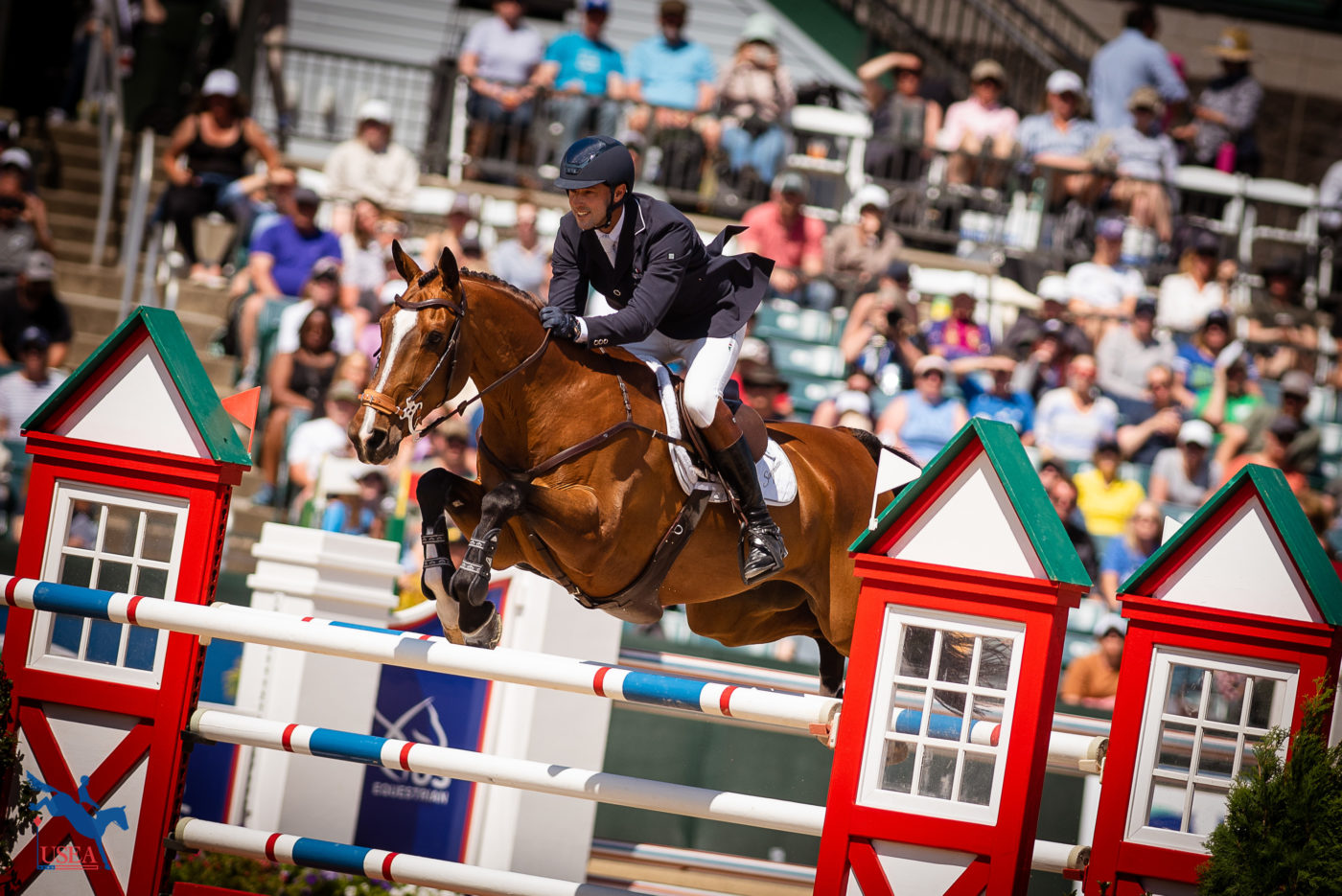 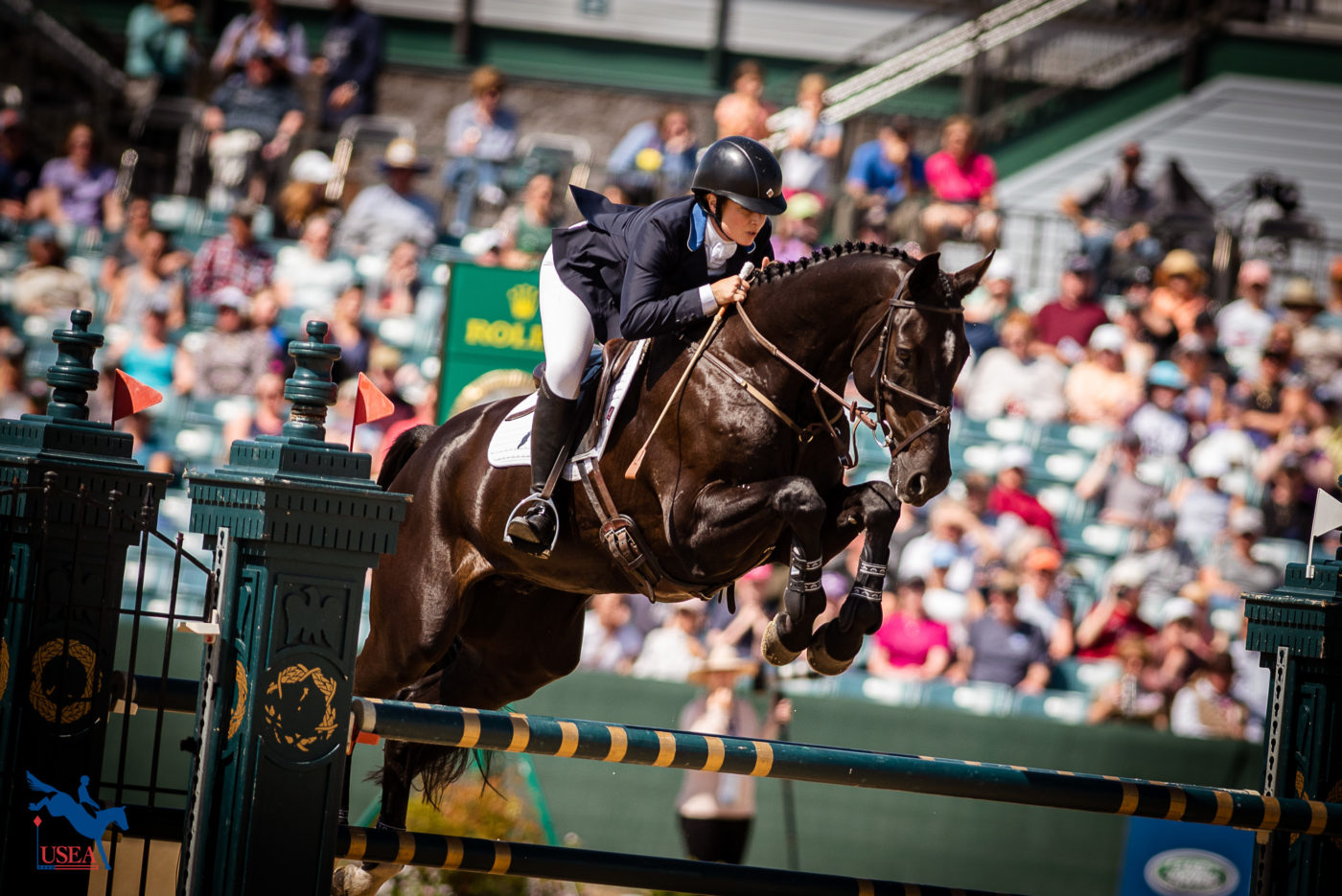 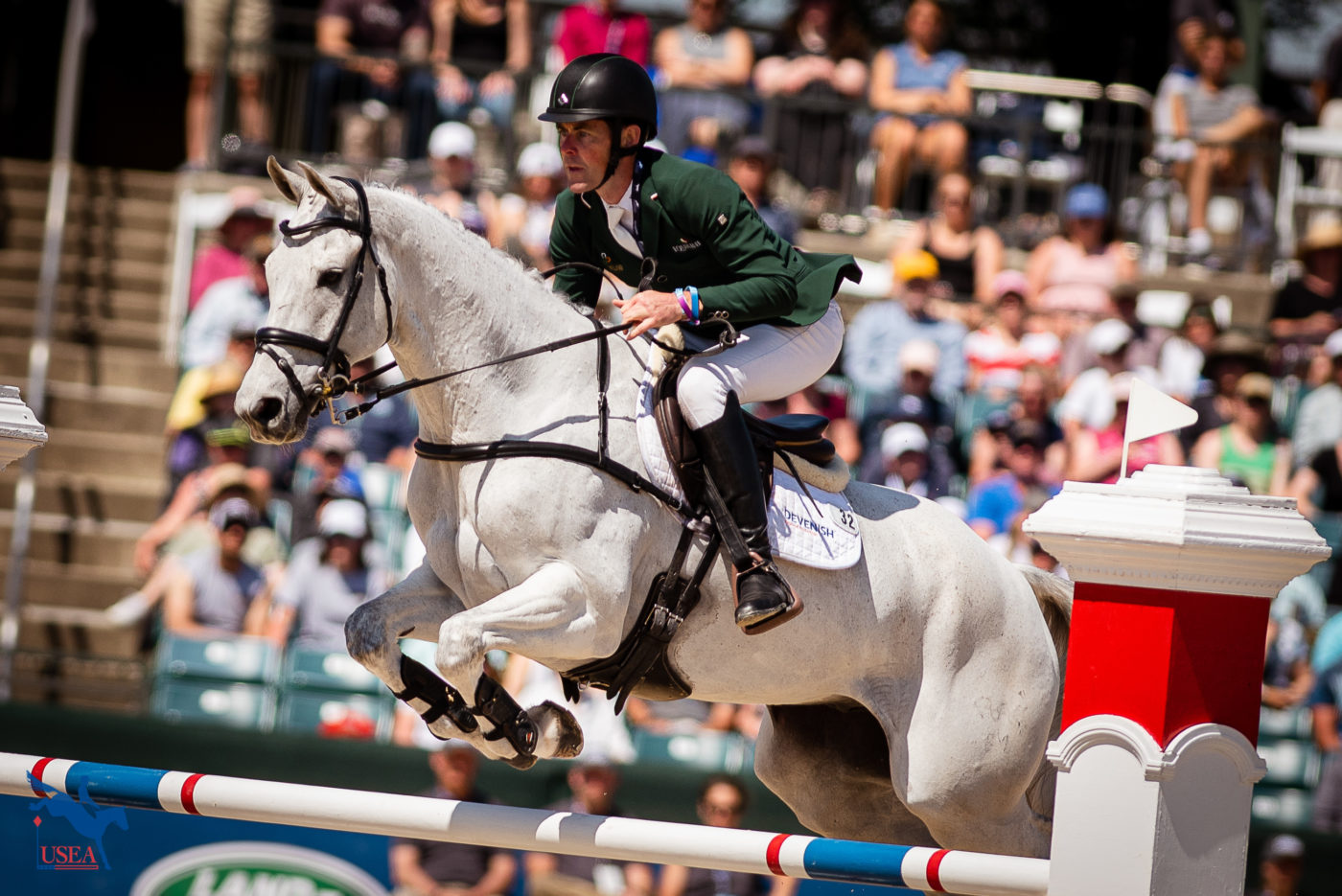 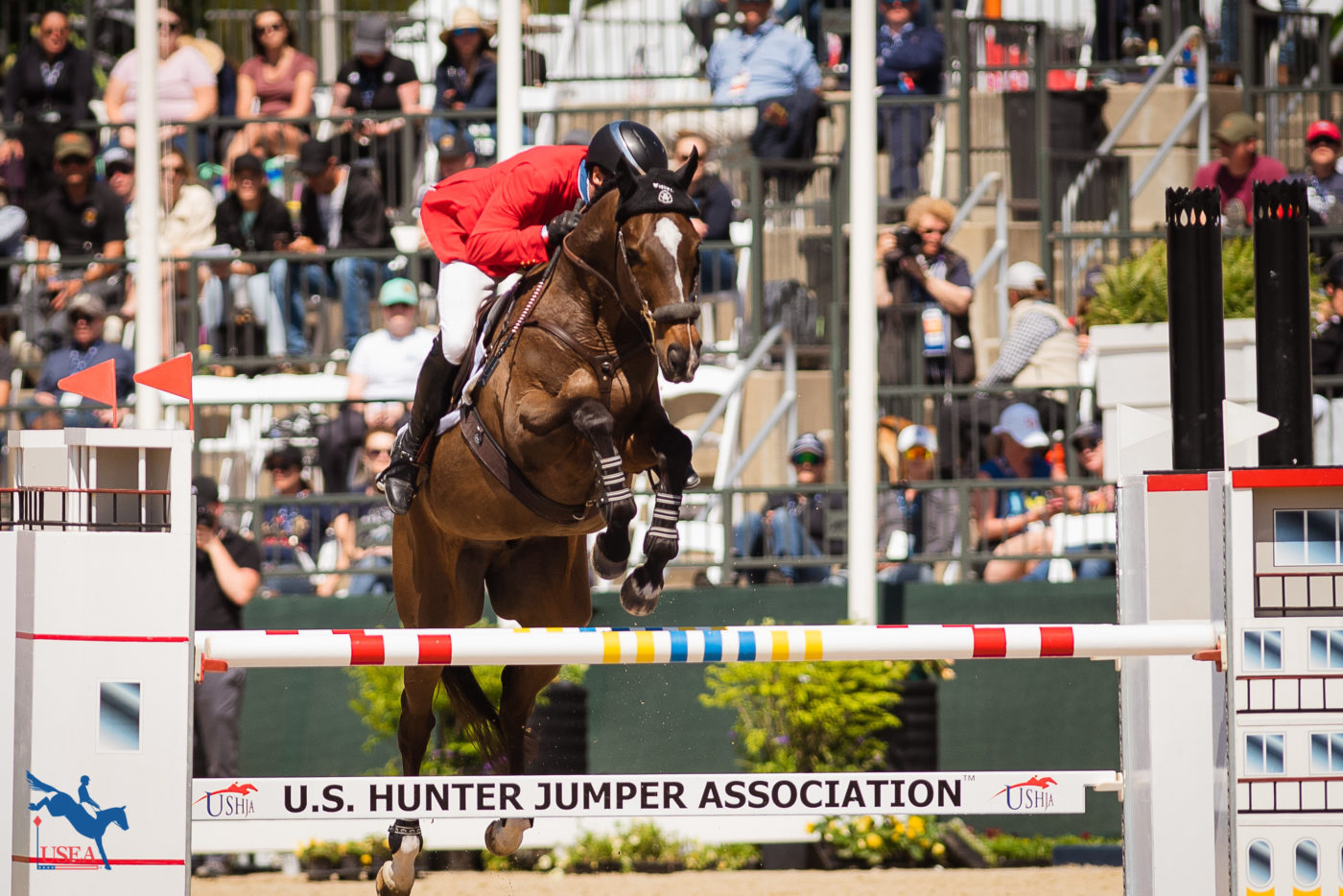