Weather, Wind, and Three Wins at the Waredaca Three-Day Event

With dark skies and dropping temperatures on October 25-28, the weekend of the Hylofit Classic Three-Day Event at Waredaca brought a mix of weather elements for competitors. Amidst the cold spitting rain in Gaithersburg Maryland, Alice Roosevelt, Caitlin O’Roark, and Cami Pease didn’t let the weather dampen their spirits as they all took home bright blue ribbons. Alice Roosevelt riding Get It Together won the Preliminary Three-Day (P3D), Caitlin O’Roark riding On A Mission won the Training Thee-Day (T3D), and Cami Pease riding Vibrant won the Novice Three-Day (N3D).

“A huge shout out to the event organizers who were so kind to move up the schedule so that we didn’t have to do all of cross-country in the freezing rain. They were so organized and understanding to all the [Classic Series competitors],” emphasized Alice Roosevelt.

At six years old, Roosevelt was introduced to eventing with an Appaloosa pony named Jamocha, and at age 10, she was hooked. “I stuck with riding all throughout my childhood, and did a little bit of everything, fox hunting, hunters, pony club, and eventing. When I was 10 years old, I started to get into eventing more seriously and since it has become my passion. I have started working with Darrah Alexander and have two wonderful horses, Get it Together and Fernhill Zoro.”

Three years ago, Roosevelt started the partnership with Get It Together (also known as Getty), a 9-year-old Irish Sport Horse gelding owned by Simon Roosevelt. Previously ridden by Matt Flynn up to the Training level, Roosevelt explained her growing partnership with Getty. “He was, and still is, a tricky horse as he can get wild and tense at shows, which has made dressage difficult. However, over the past few years we have built a great partnership together and hopefully he will just keep improving.”

“I think the whole experience was amazing,” said Roosevelt. But, she said if she had to pick her favorite part of the event it would be steeplechase. “I had to pick a part I think that steeplechase was by far my favorite part of the event. Getty is a fabulous galloper, he has a huge stride and rides a lot like a Thoroughbred. I also really enjoyed roads and tracks. It was great to go on a nice hack through beautiful terrain. Getty is such a cheerful horse, he had his ears pricked at every turn and its always such a joy to be riding him.”

“I have always had a true love for horses,” said Caitlin O’Roark, winner of the Training Three-Day. With Lauren Kieffer as her idol, Caitlin O’Roark has memories of watching Kieffer compete with her mother’s horse, Lucky Devil. “I have always looked up to her,” admitted O’Roark. With an influential role model, a love for horses, and a trusted partner, O’Roark added nothing to her dressage score to clinch the win in the field of 22 horse-and-rider combinations.

Seven years ago, and at seven years old, O’Roark met On A Mission for the first time as the Thoroughbred mare was born on the family farm. “On A Mission (Fancy Pants) was born at our farm seven years ago, when I was seven years old. I was there when she was born, and I fell in love with her. I slowly got her started and we learned together. Our first recognized horse trial was in 2017 where we did Novice. From there, our partnership has grown stronger and stronger.”

“I am proud to say that under the supervision of trainers, I have done all of Fancy's training myself. Now, seven years later, I am 14 and Fancy is 7. We are currently at Training level and thinking about Preliminary, maybe even NAYC in 2019 or 2020! I am so excited to see what the future holds for us!”

Hooked on the long format, O’Roark and On A Mission are no strangers to the Classic Three-Day events as they finished third in Waredaca’s Novice Three-Day in 2017. “It was such a blast and I learned so much, I had to come back this year,” said O’Roark. Lastly, O’Roark wanted to thank the people behind the Waredaca Three-Day Event, “I would like to thank all the organizers and volunteers for putting on such a wonderful event. I love doing the Classic Three-Day and believe everyone should do at least one. Gretchen Butts and her team work very hard to put this event together and they do a beautiful job. Thank you!”

“I think I’m an eventing convert for life,” said Cami Pease, winner of the largest division at the Waredaca Classic Three-Day, the Novice Three-Day. In second grade, Pease remembers “catching the horse bug during camp.” Growing up in northern California, Pease competed in junior hunters and equitation classes, and it wasn’t until 2017 where she discovered her love for eventing. After a move across coasts to attend graduate school at Georgetown University, Pease explained, “I realized I had ended up in the middle of eventing country.”

As for her winning partner, Vibrant aka ‘Cal’, Pease purchased the 18-year-old Belgian Warmblood Gelding in 2011 as her equitation horse. During her undergraduate years at UCLA, Cal and Pease found success in the equitation classes, including a win in the Los Angeles Hunter Jumper Association Amateur Medal Finals and placed in the top six at the Capital Challenge North American Adult Equitation Championships and the California Professional Horseman’s Association Amateur Medal Finals. Unfortunately, in 2015, Cal suffered what was thought to be a career ending injury, but after meticulous care, a proper rehab, and IRAP therapy, Cal was on the road to recovery. “Cal far exceeded our expectations by coming back healthy enough to keep jumping, [but] vets cautioned me to keep any jumping three feet or lower.”

“As Cal wasn’t ever going to jump big again, I figured it might be fun for us to give eventing a try. I thought learning something new might keep us both entertained even at small jump heights. I had no idea how he would take to it – he was 16 years old at the time and had never seen anything like ditches or water crossings, but I figured we would just have fun and not be too serious about it. Turns out…Cal loves to event! Many of the photos I have of him eventing show him ears pricked, clearing each fence by an extra foot or two. Clearly no one told HIM about his jumping height restriction,” emphasized Pease.

Learning the ropes of eventing together, Pease and Cal seem to be naturals as their most recent win marks their 10th win together in eventing. “Cal and I also won the Beginner Novice Amateur division at the AEC this year, so 2018 has been a big one for us! We’ve had so much fun discovering this new sport together.”

Congratulations to everyone involved in the success of the Waredaca Classic Three-Day Event!

About the Hylofit USEA Classic Series
The Hylofit USEA Classic Series keeps the spirit of the classic long ­format three­-day events alive for Beginner Novice through the Preliminary levels. Competitors can experience the rush of endurance day, including roads and tracks, steeplechase, the vet box, and cross­ country, as well as participate in formal veterinary inspections and educational activities with experts on the ins and outs of competing in a long ­format three-­day event.

Riders who compete in a Hylofit USEA Classic Series event during the year will have the chance to win a variety of prizes at the events and will also be entered in a drawing held at the USEA Year End Award Ceremony for a year’s supply of SmartPak supplements and a custom fitted Stackhouse and Ellis saddle. Click here to learn more about the Hylofit USEA Classic Series. 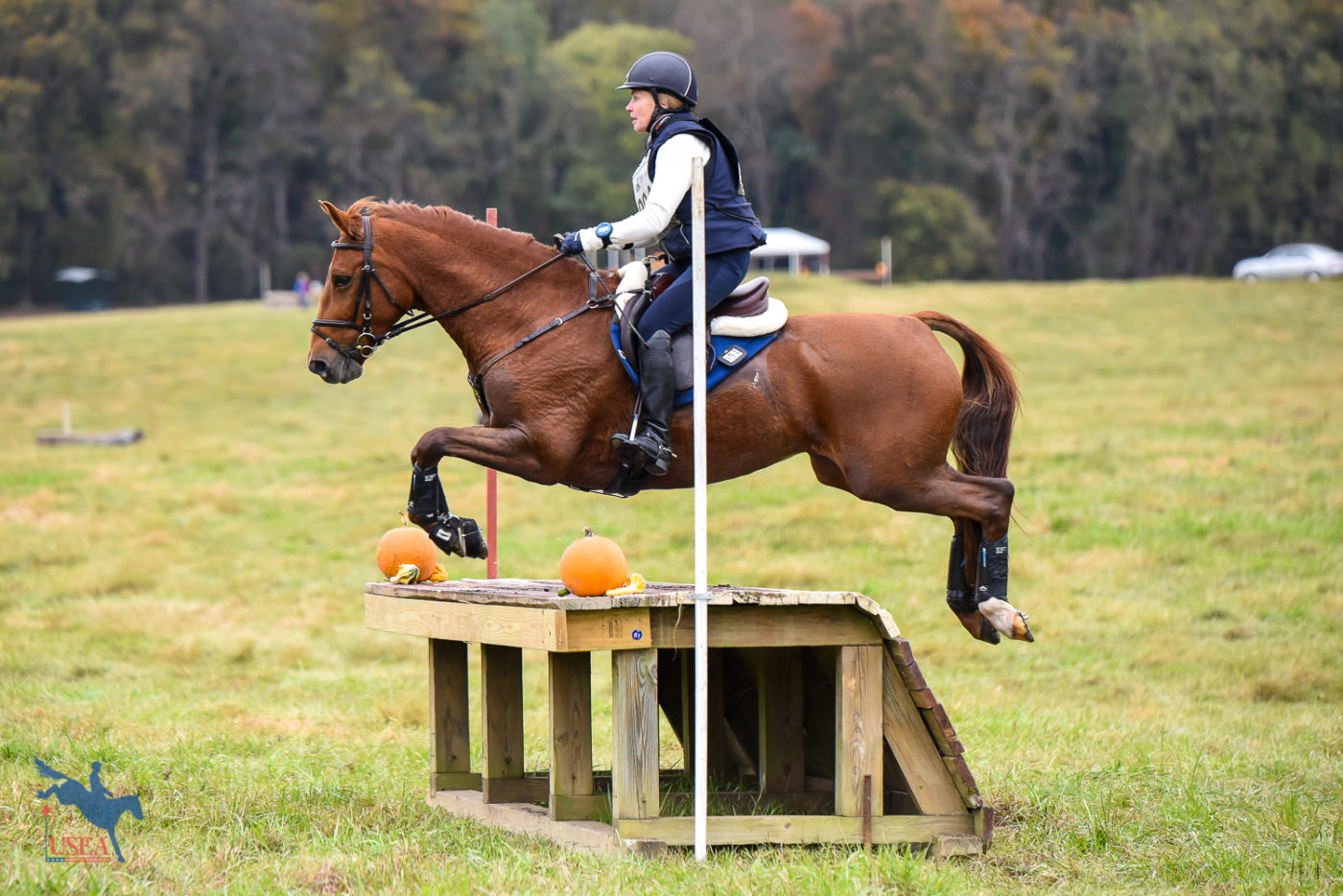 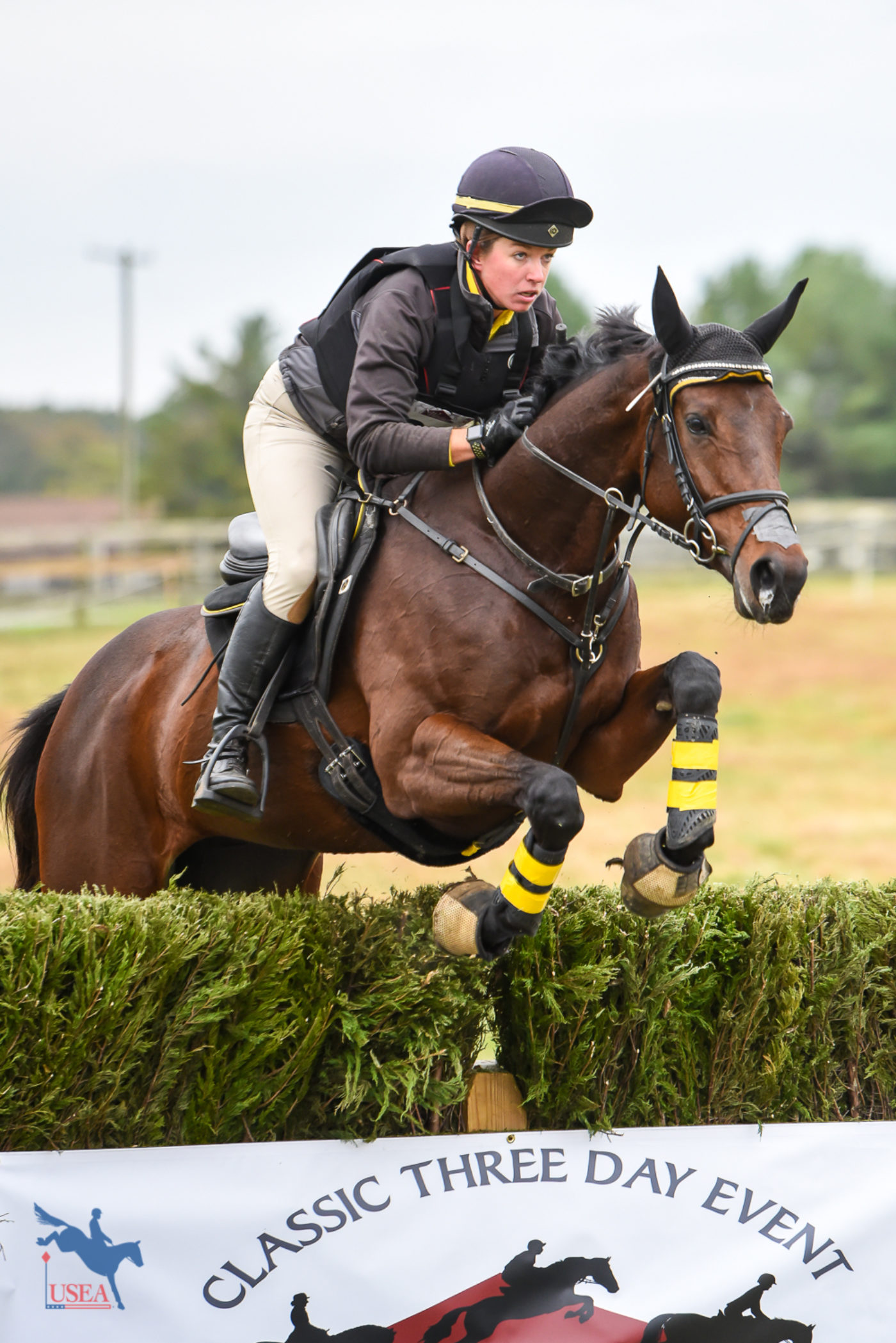 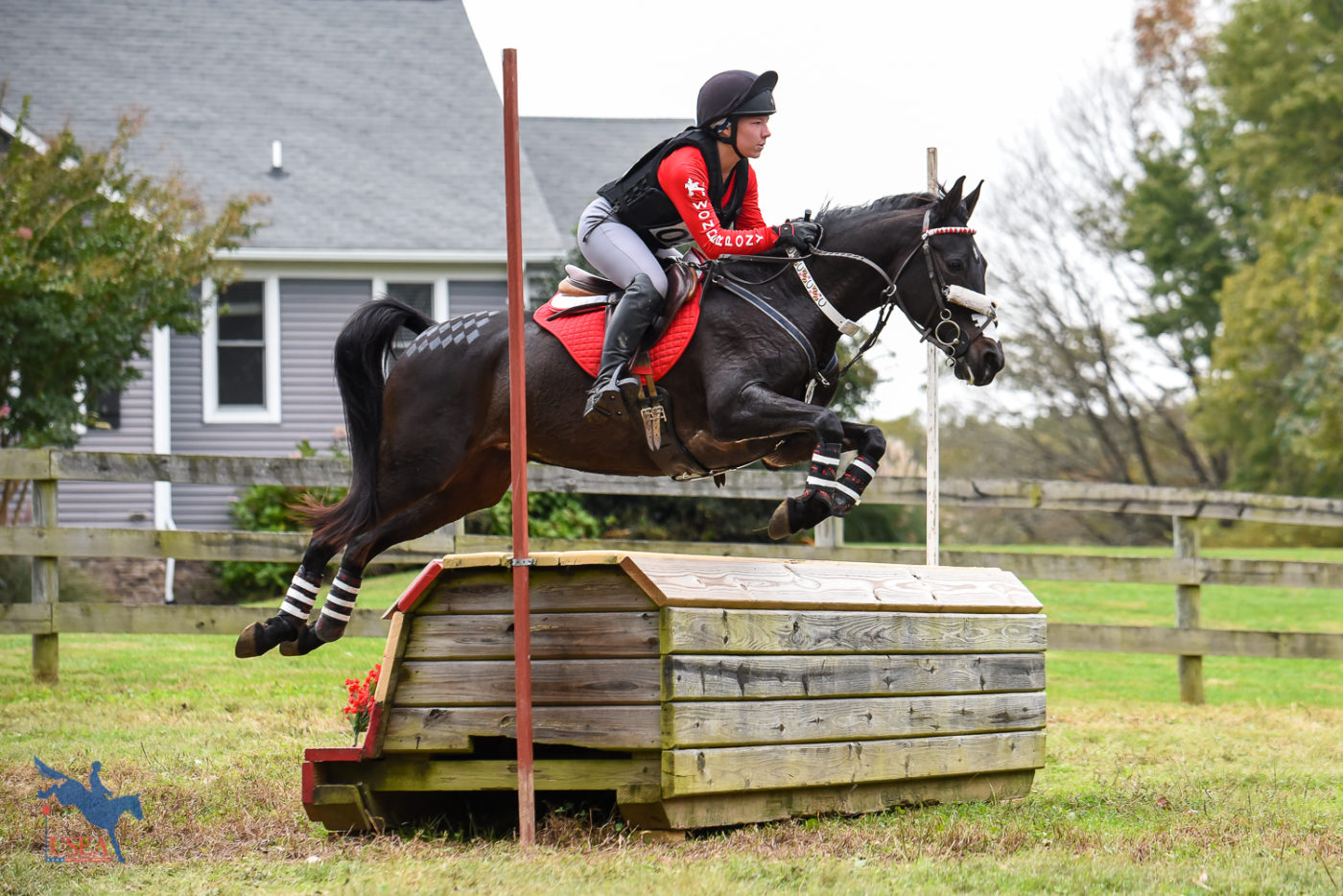 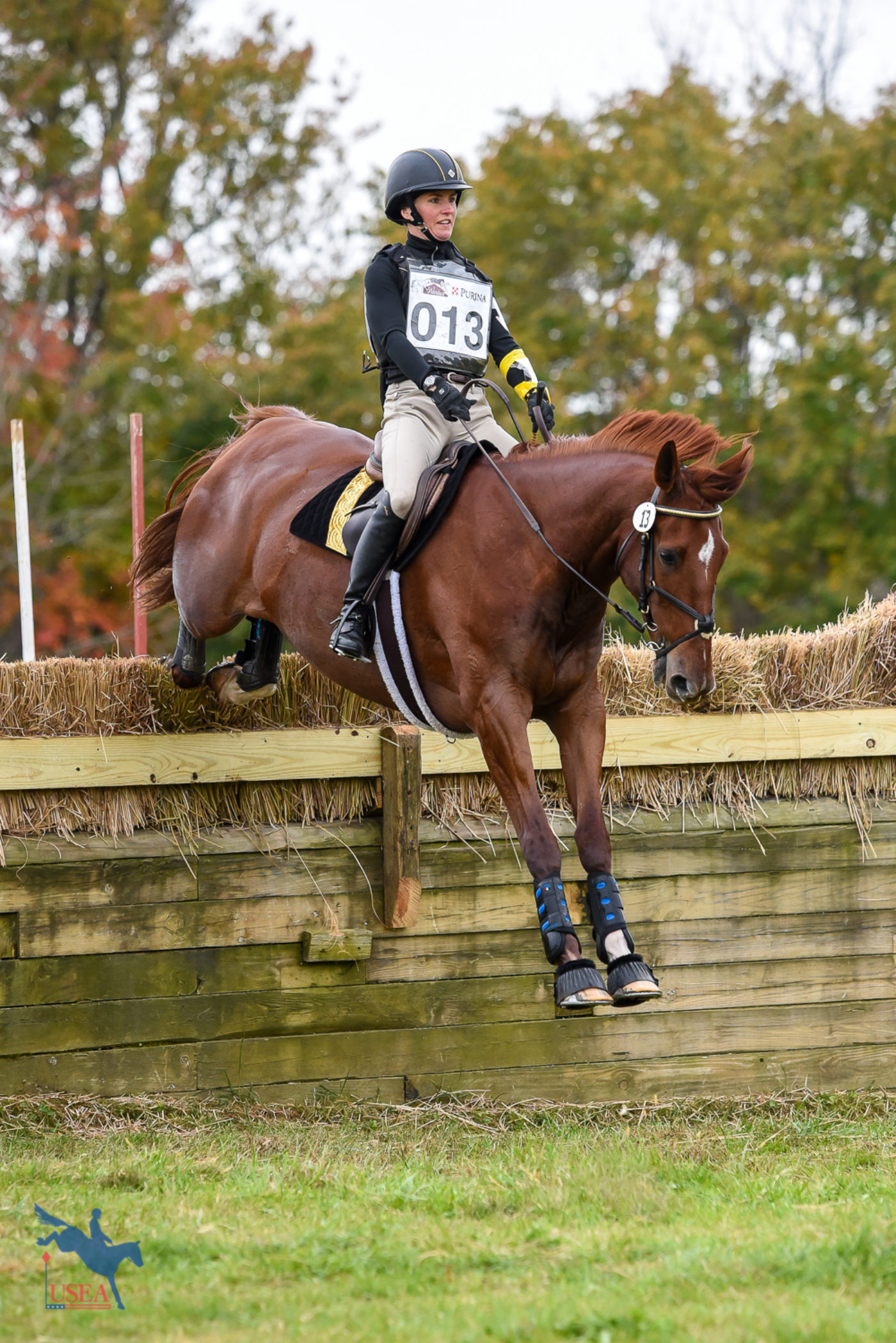 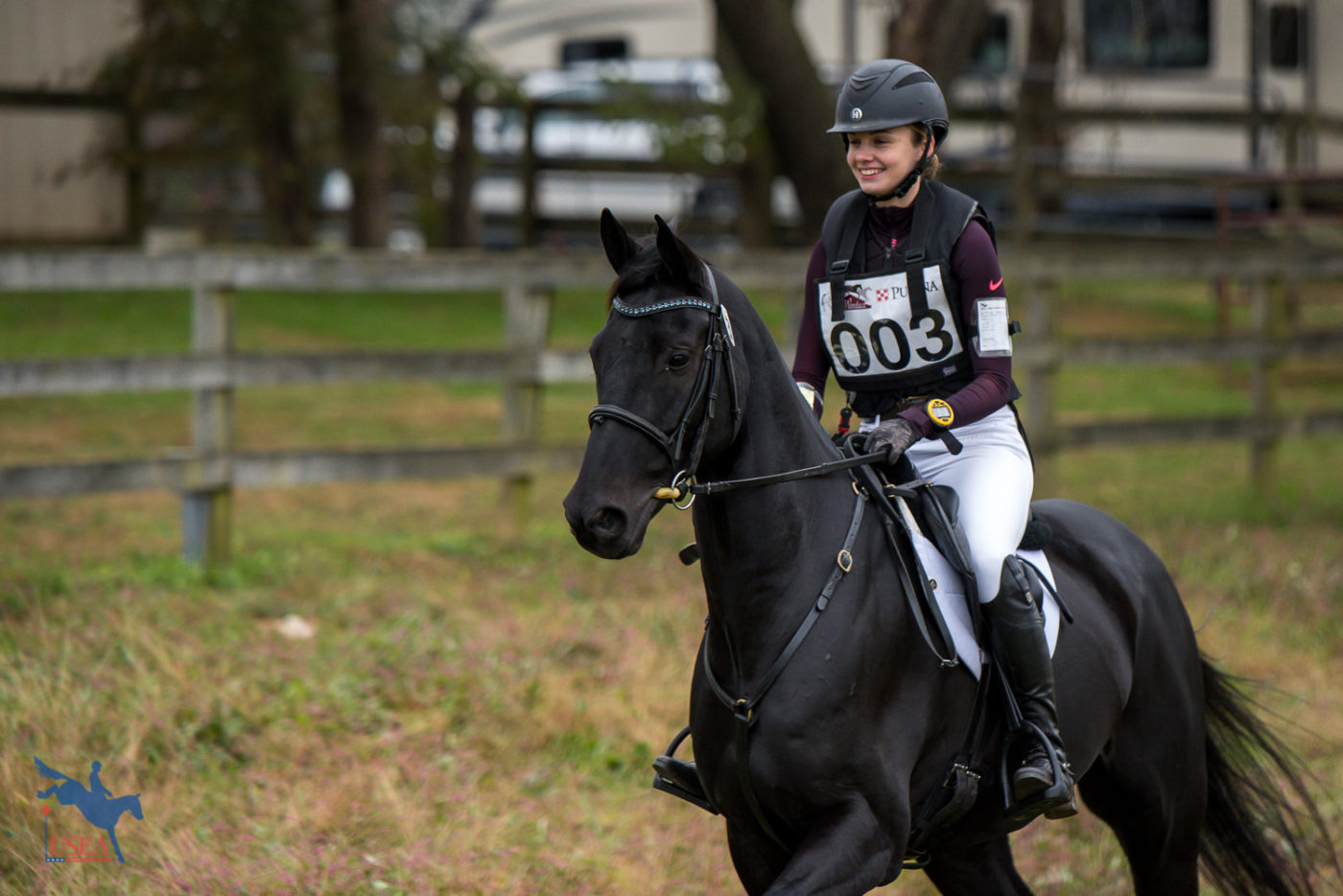 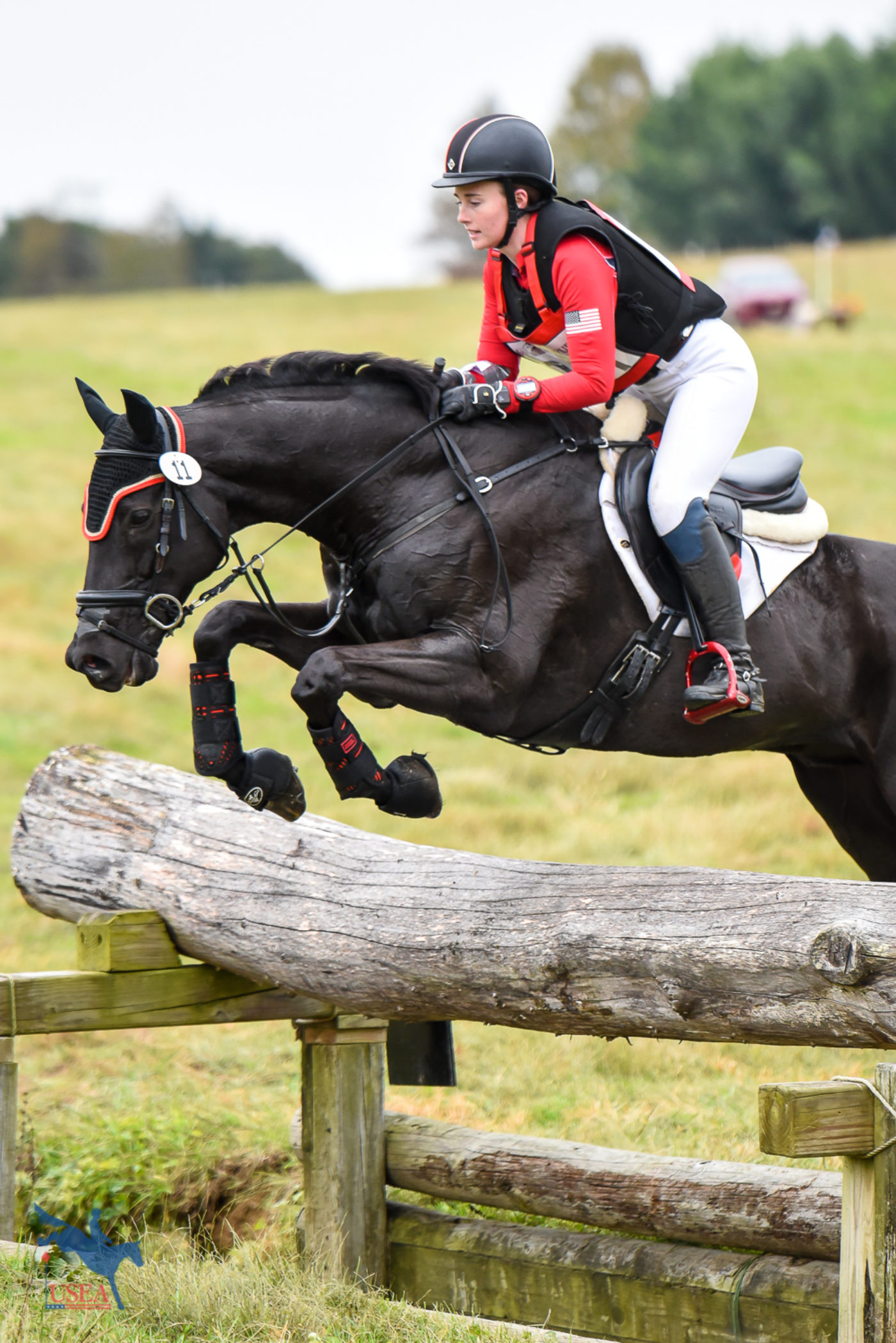 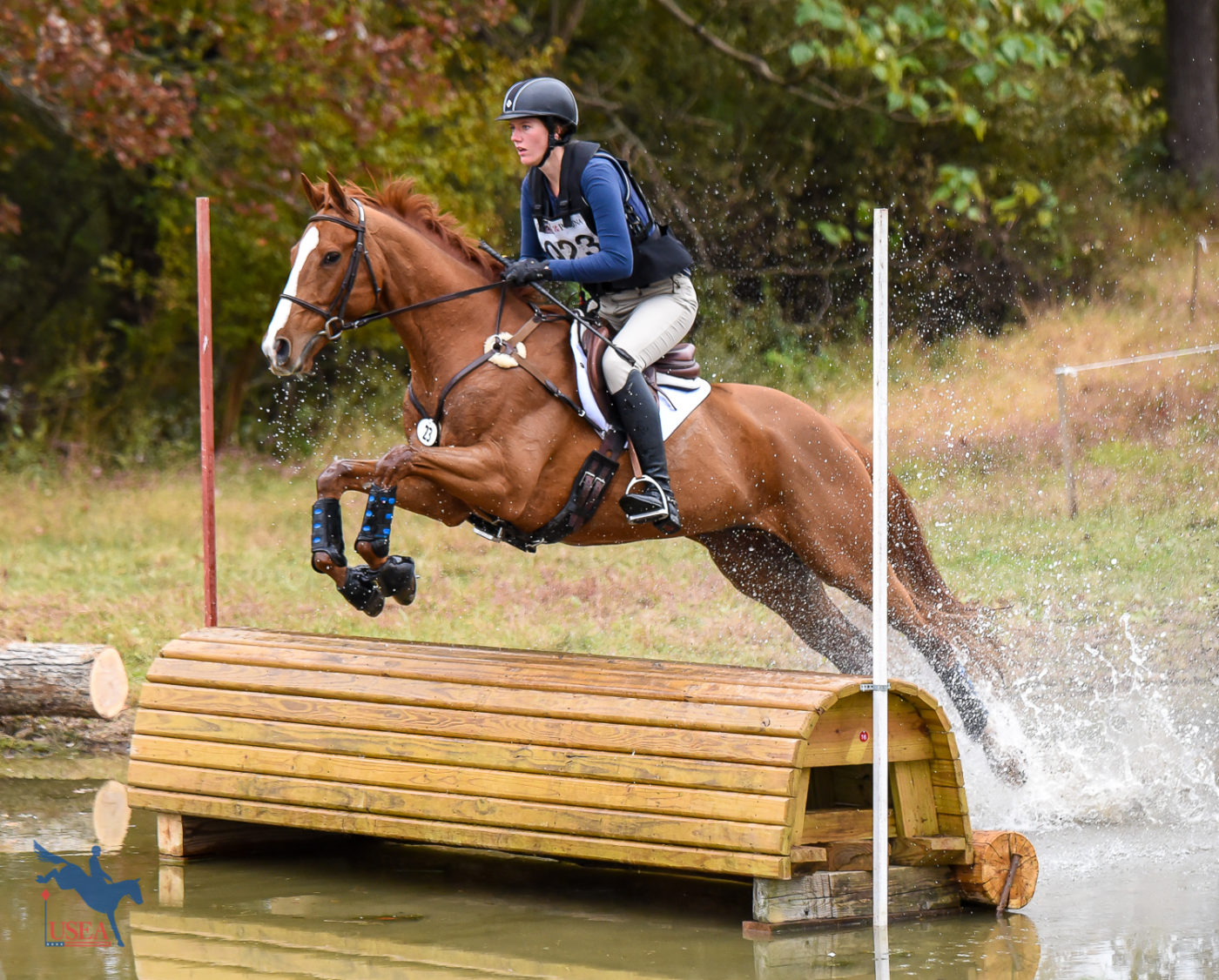 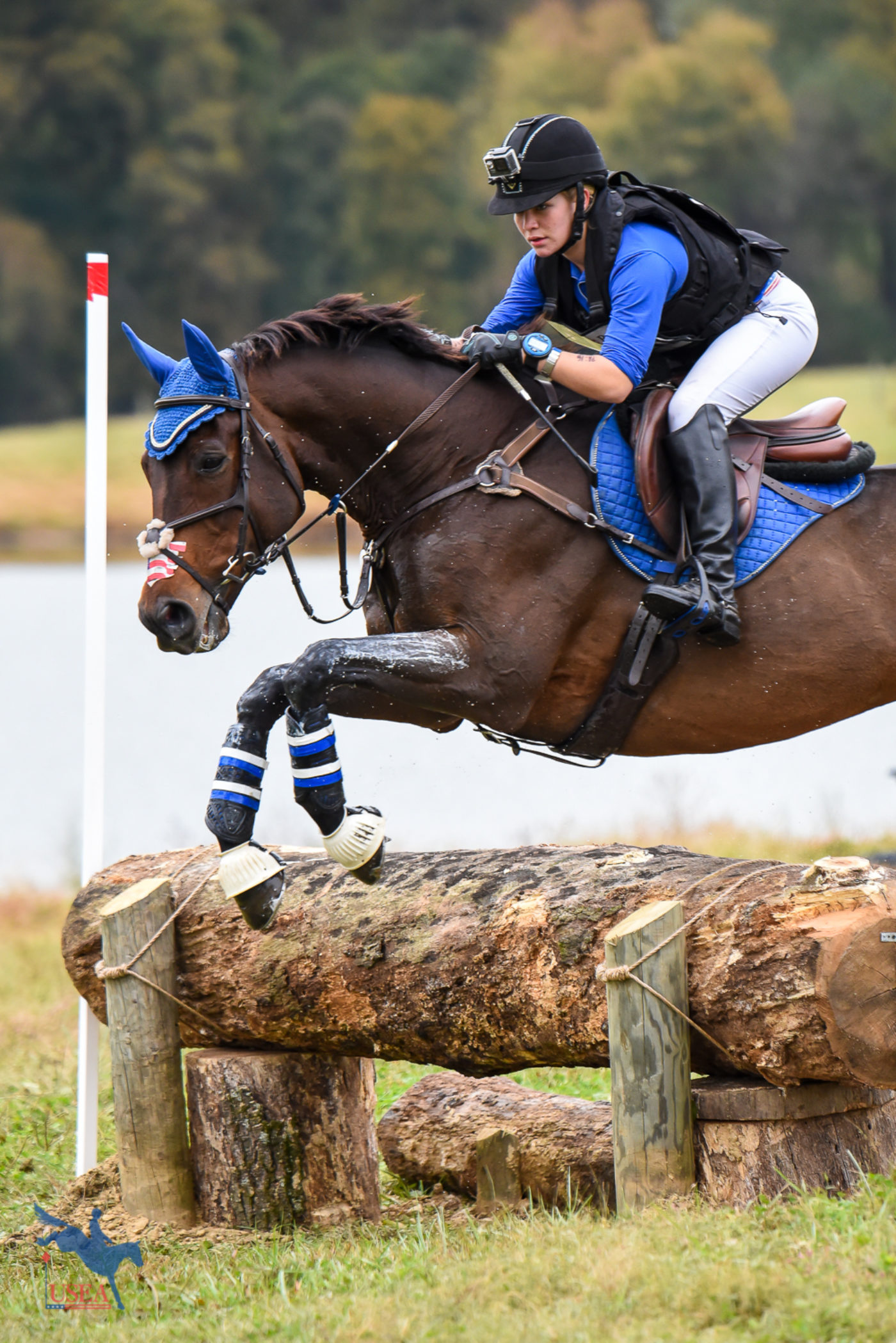 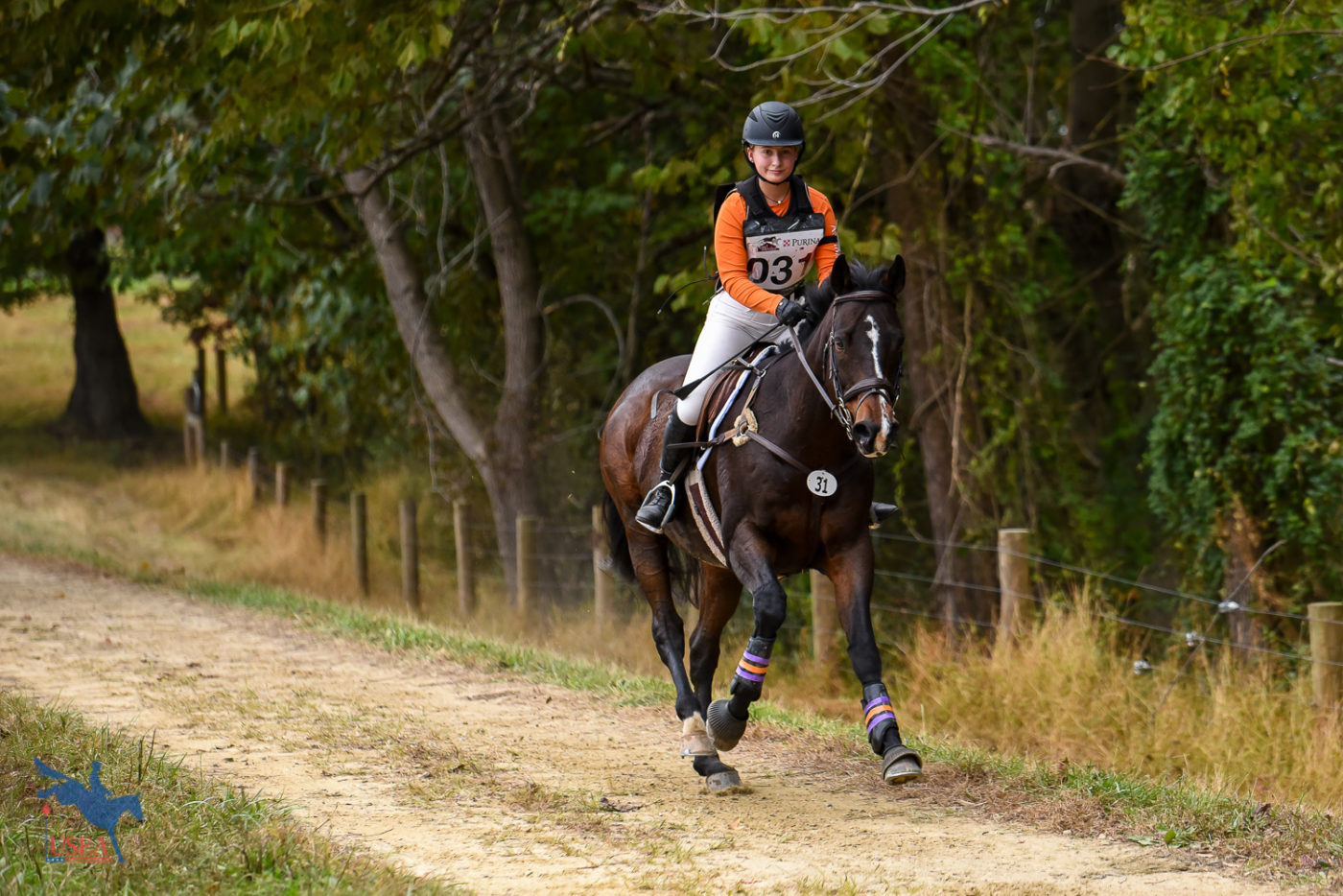 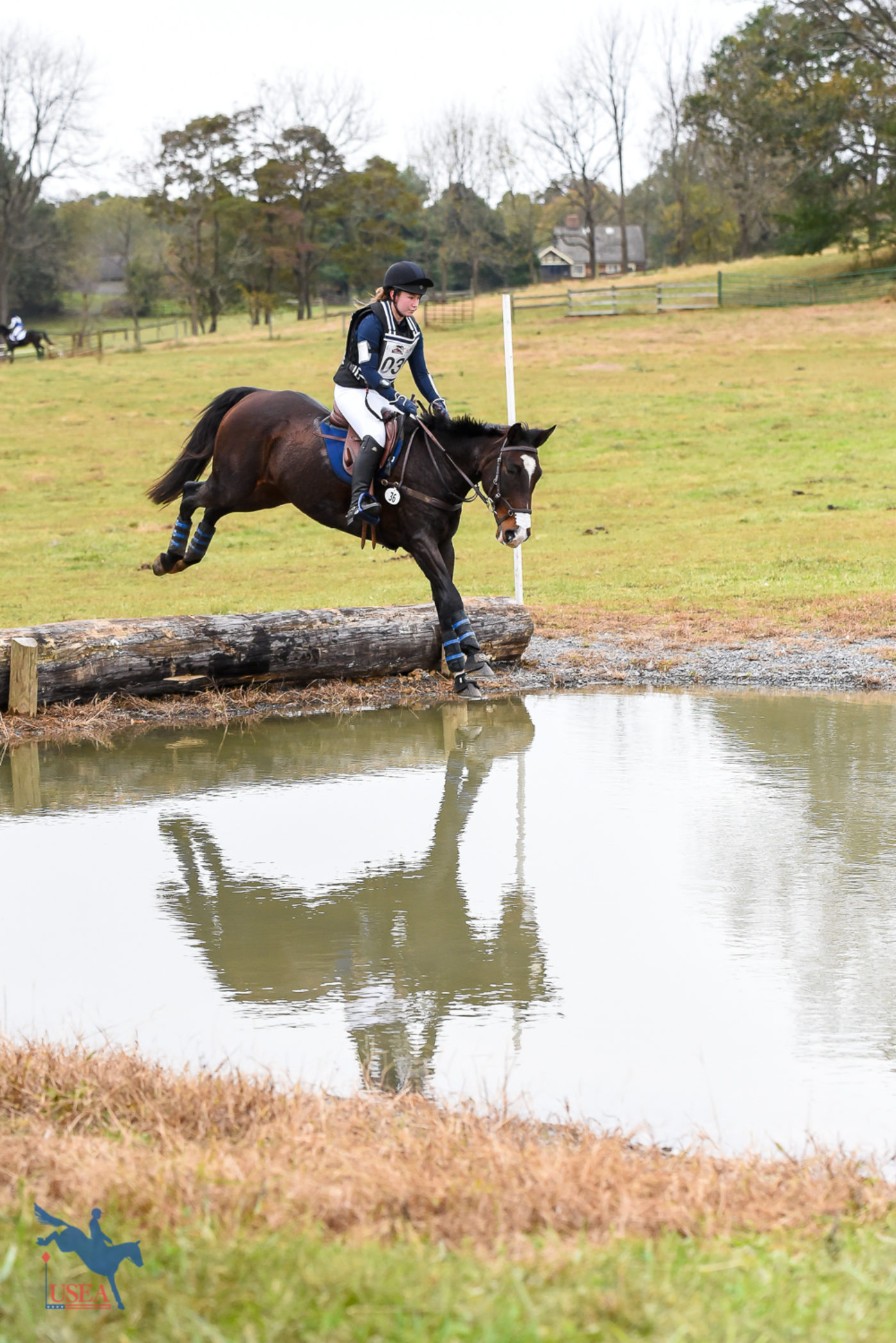 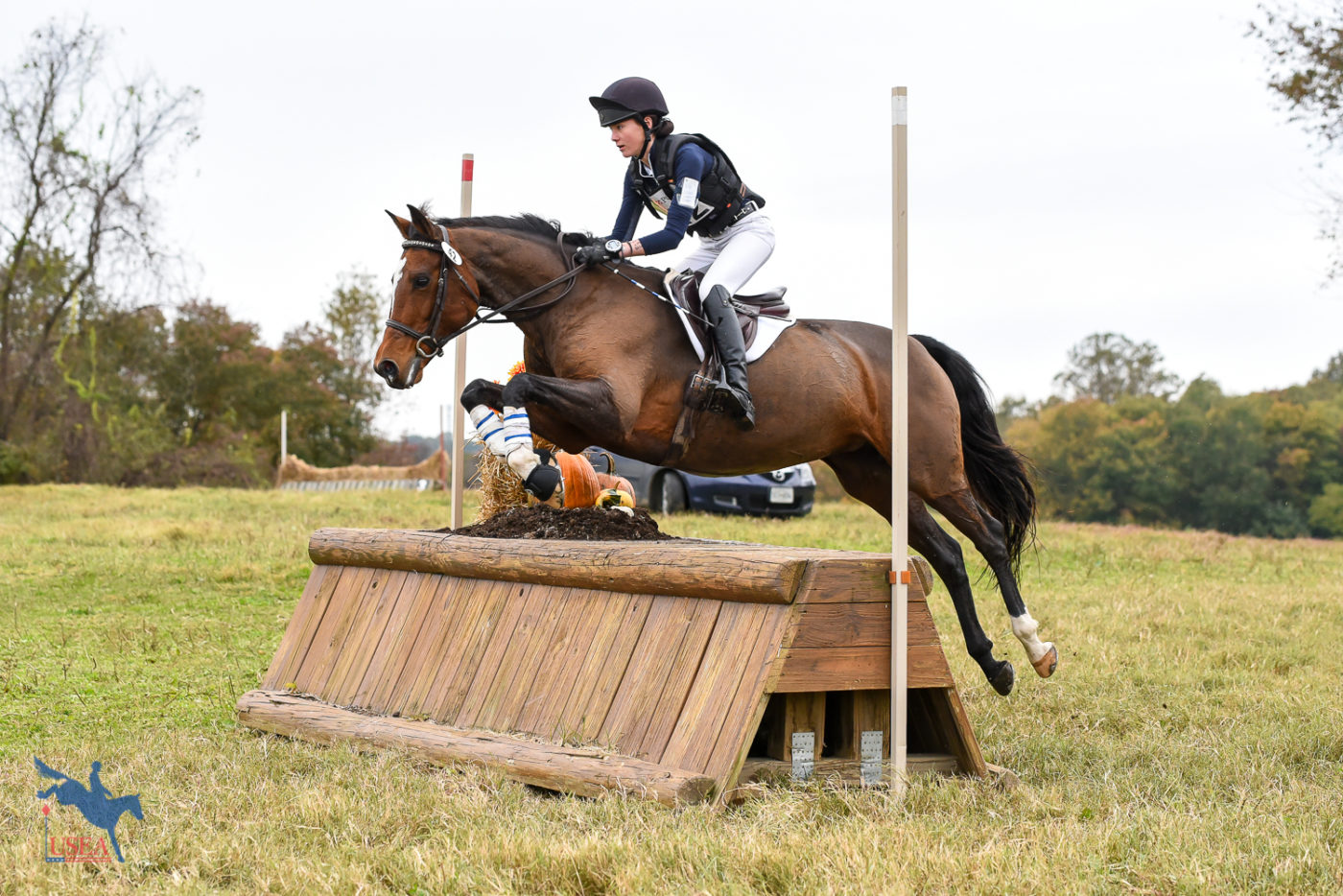 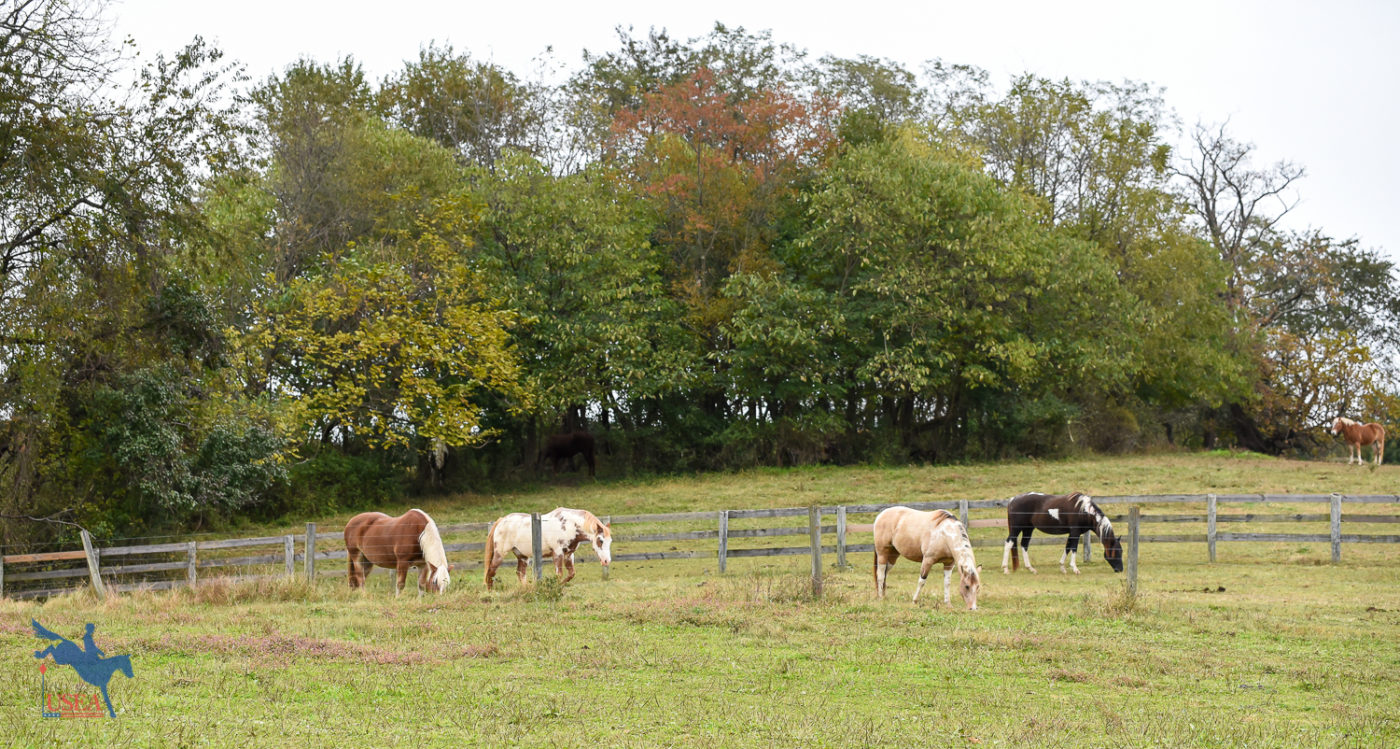 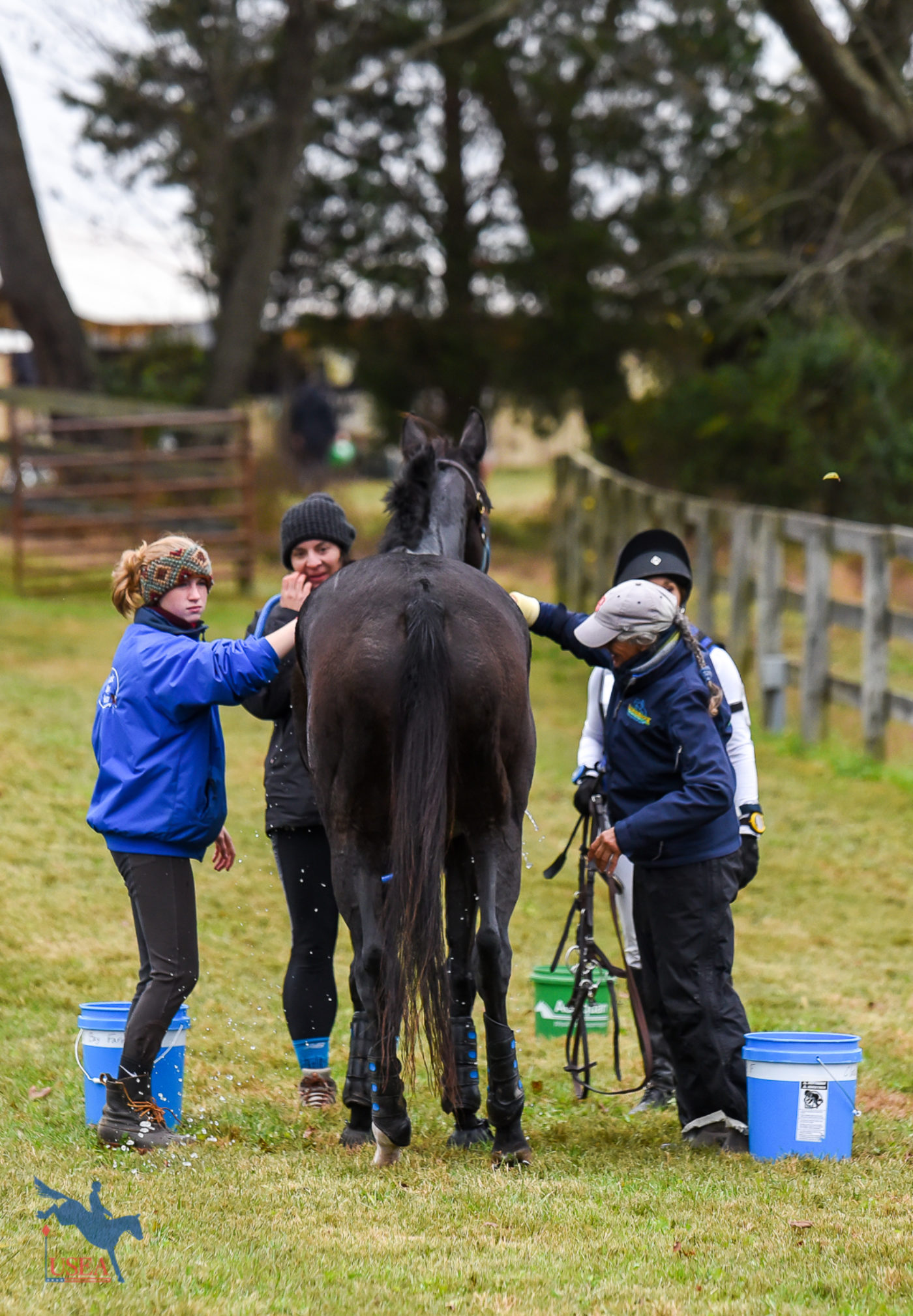 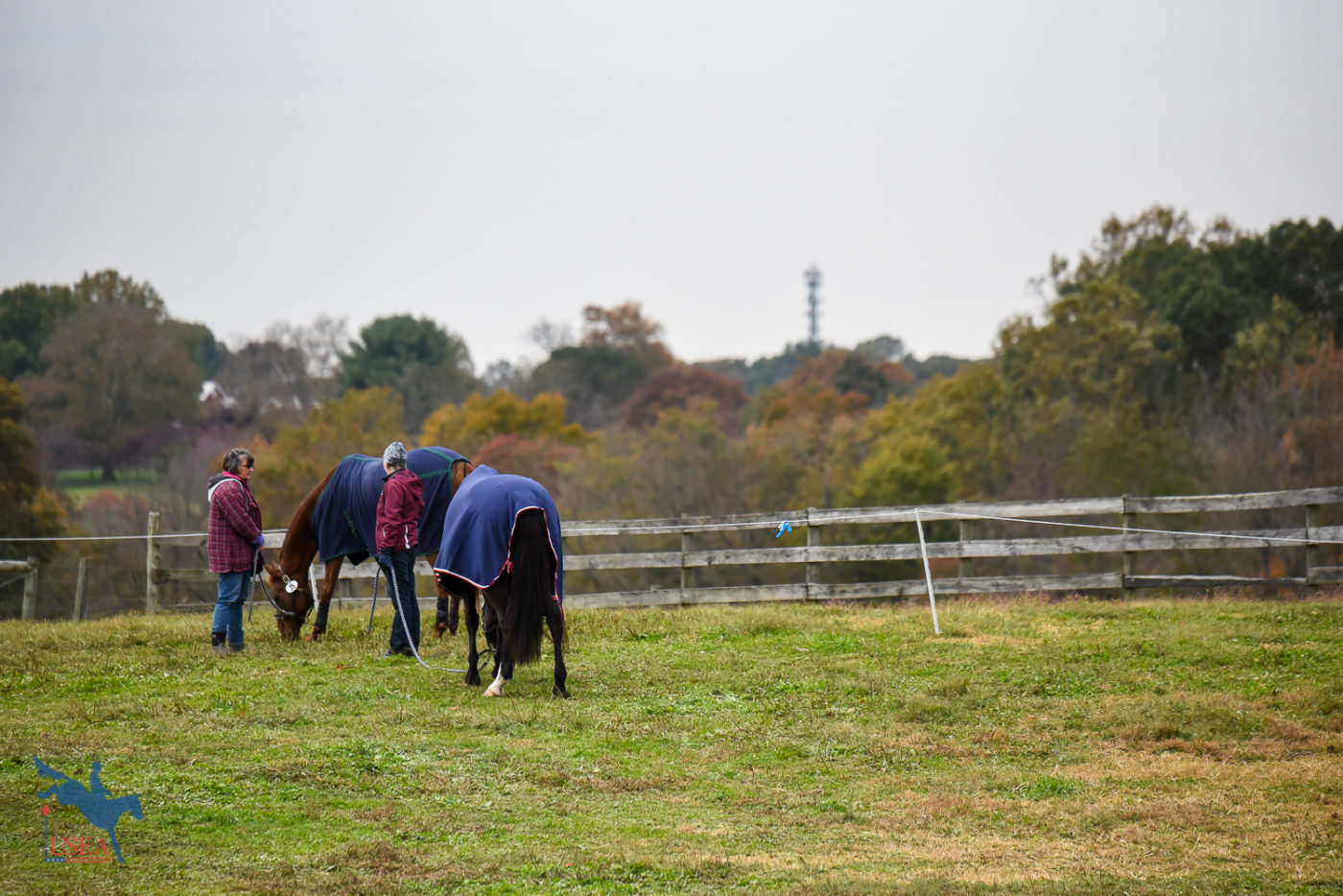