UVA, UK, and Virginia Tech are the Top Scorers on Day 2 of the 2021 USEA Intercollegiate Eventing Championships

Out of 105 total entries, there were 23 intercollegiate riders that competed today in the 2021 USEA Intercollegiate Eventing Championships at Virginia Horse Trials in Lexington, Va. Taking place over four days of competition, the schedule for today, Friday, May 28, consisted of dressage for the CCI3*-L, CCI3*-S, CCI2*-L, CCI2*-S, CCI*-L, Intermediate, and Preliminary divisions; cross-country for all Preliminary riders; and show jumping for the riders in Intermediate, CCI3*-S, and CCI2*-S divisions.

There are still 17 intercollegiate teams that have yet to even compete with Modified, Training, Novice, and Beginner Novice competitors starting their Championship weekend tomorrow, Saturday, May 29. While it’s still too early to report the team rankings, the University of Virginia, the University of Kentucky, and Virginia Tech are holding top spots in their respective divisions.

The Virginia Tech Maroon Team rider, Emily Shilling on Enchanting Class scored the best out of the three intercollegiate riders in the CCI2*-L B division, scoring a 33.0 to sit in eighth going into tomorrow’s cross-country. The USC Aiken Navy Team rider, Sydney Shinn on Nyconn Cat scored a 34.1 in the same division to tie for eleventh. The University of Kentucky Coach Cal Team rider, Lauren Yeagy rode Allie Knowles’s former 5-star mount, Sound Prospect to a score of 35.1.

Warner describes the scene after her final salute with her teammates yelling the Go Cats school chant. Watch the video below for more of her thoughts on her winning dressage ride and what it feels like to represent the University of Kentucky.

Kantarowski’s teammate, Jessie Schwartz on WHF Kitaro is holding the top spot out of the seven intercollegiate riders who are in the Preliminary Rider division. After dressage and cross-country, Schwartz has a cumulative score of 33.2 to sit in second going into show jumping.

The Championships will continue tomorrow with every team competing in both undergraduate and graduate divisions. Tomorrow’s schedule includes dressage for Modified, Training, Novice, and Beginner Novice divisions; cross-country for CCI3*-L, CCI3*-S, CCI2*-L, CCI2*-S, CCI1*-L, Intermediate, Modified, Training, and Beginner Novice; and show jumping for the Preliminary and Novice divisions. 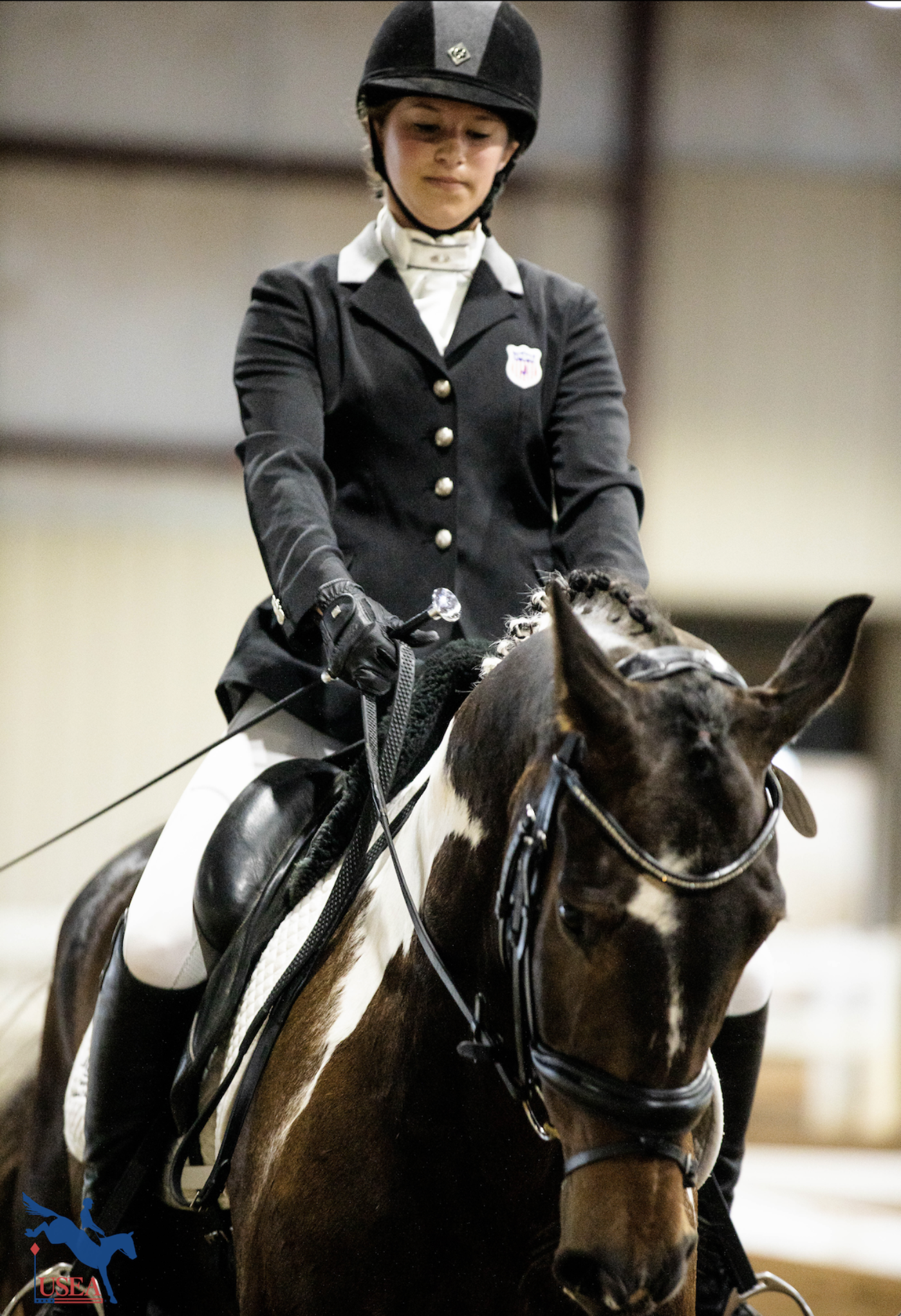 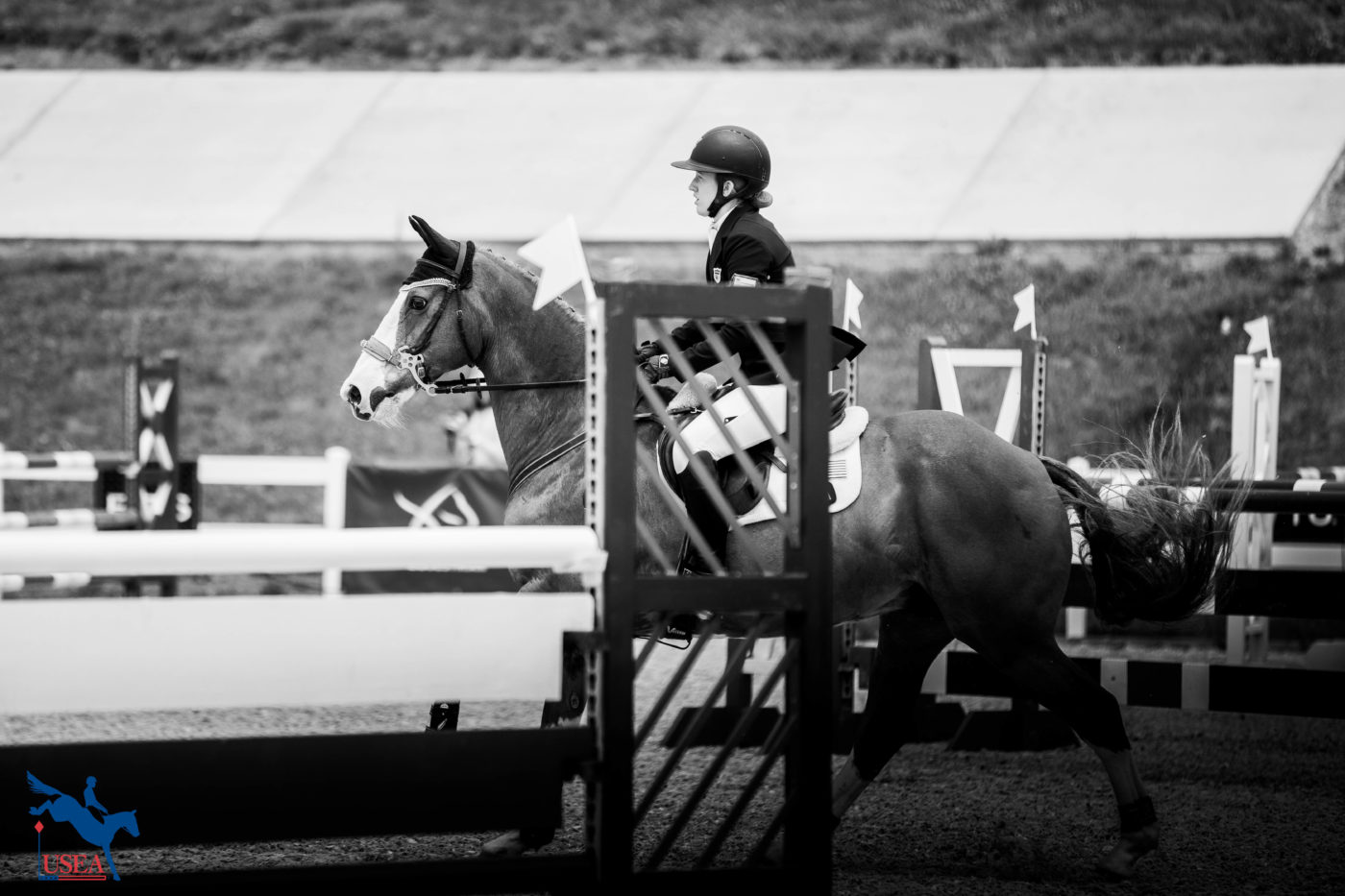 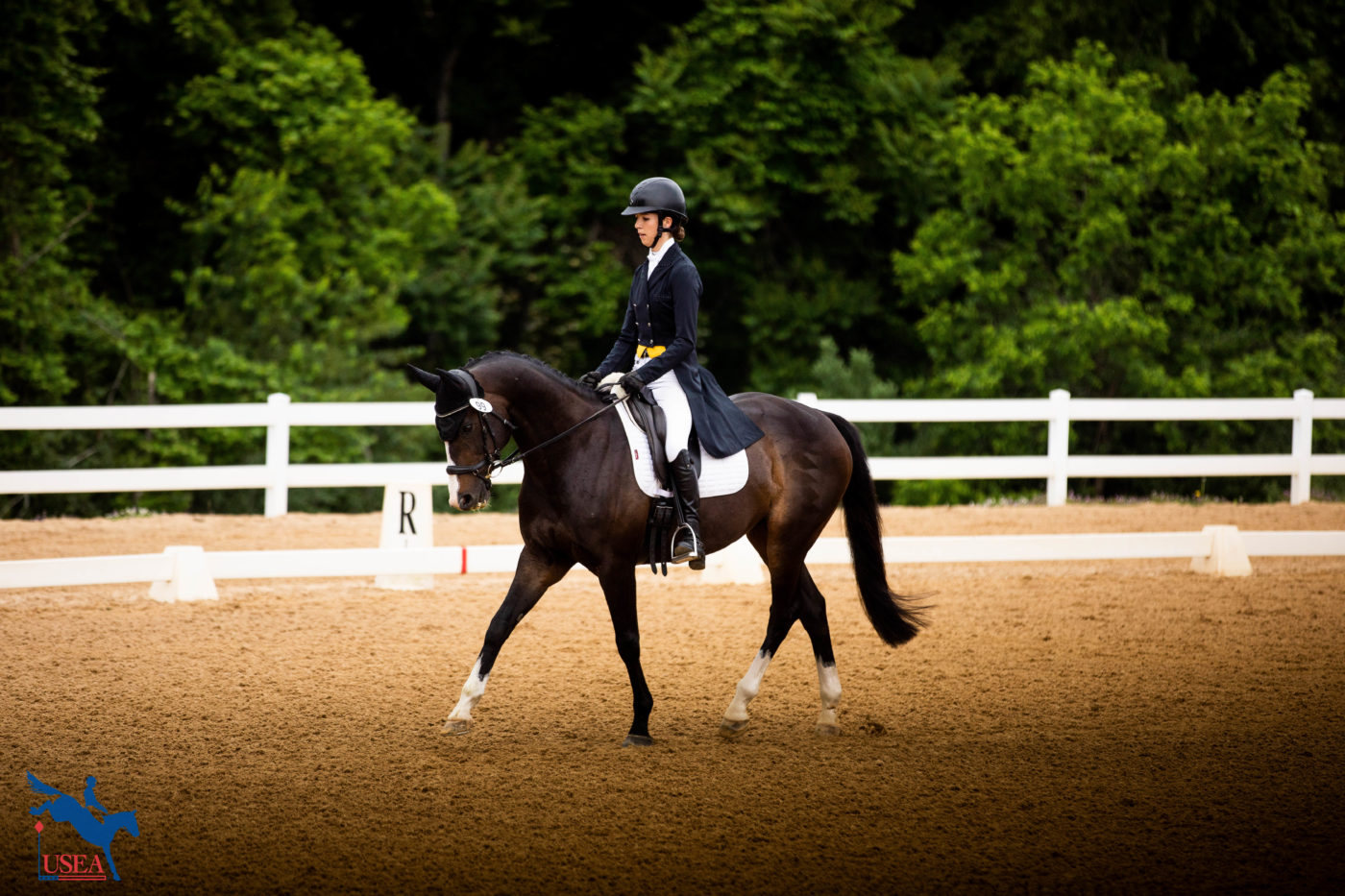 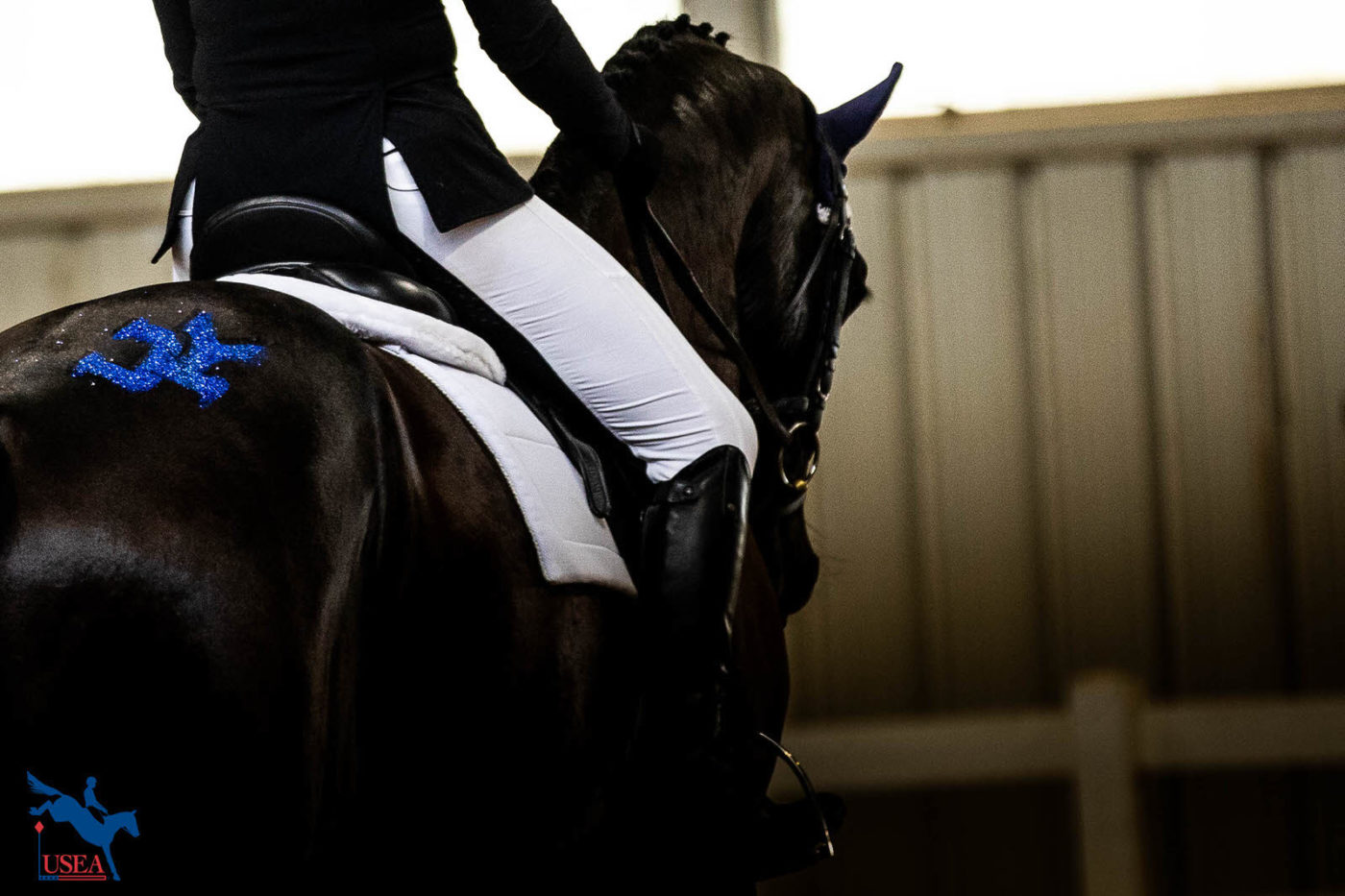 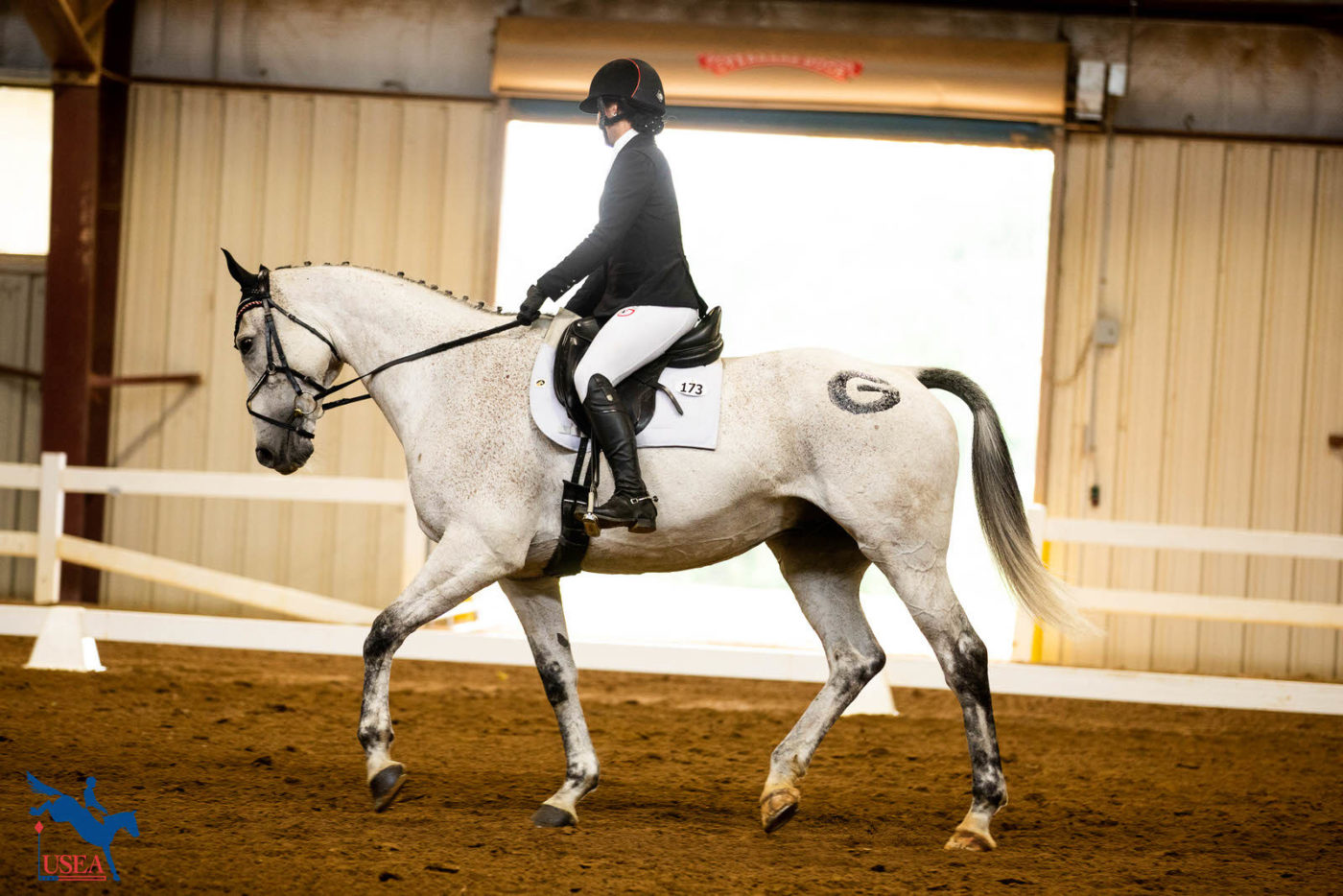 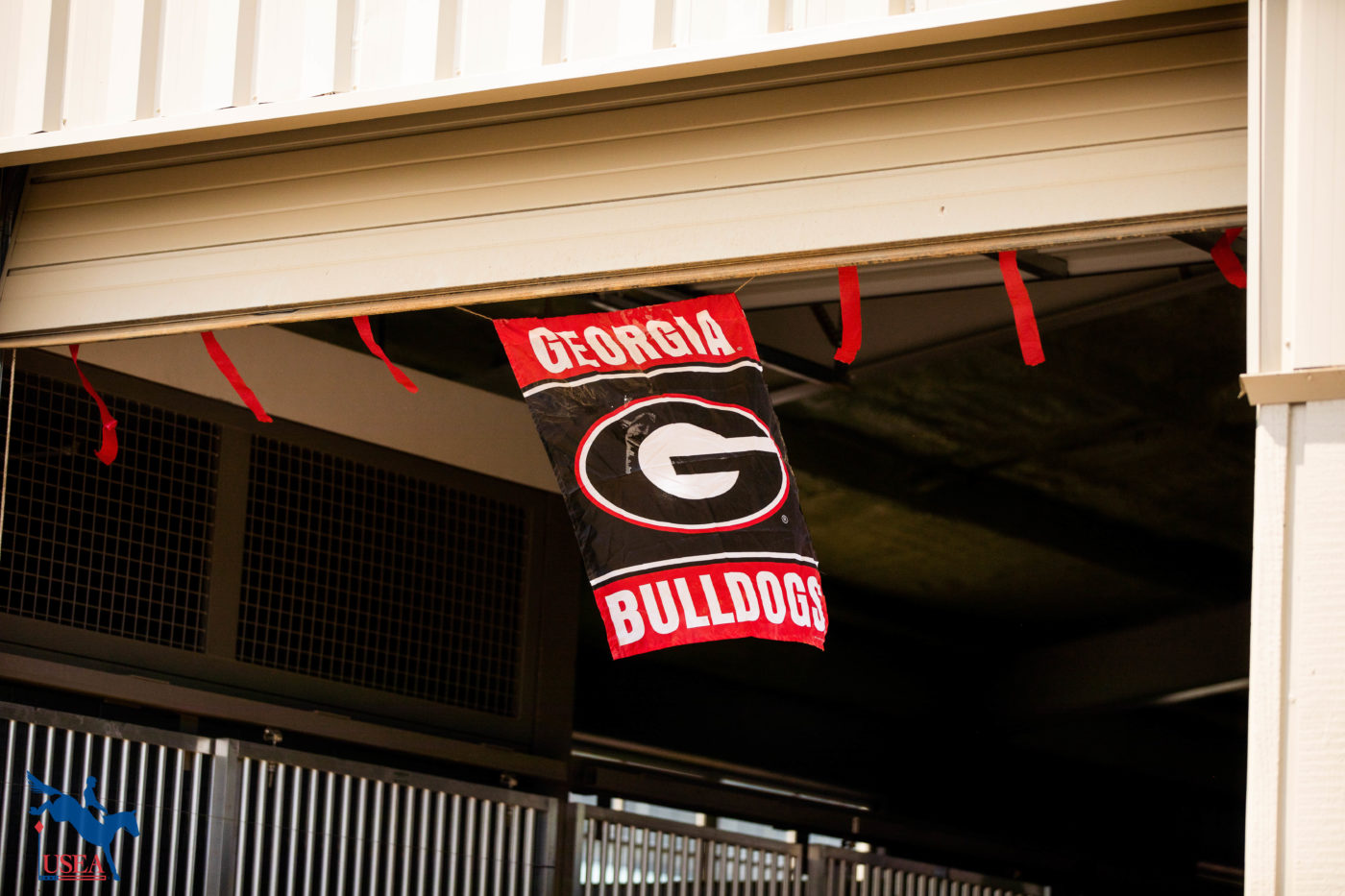 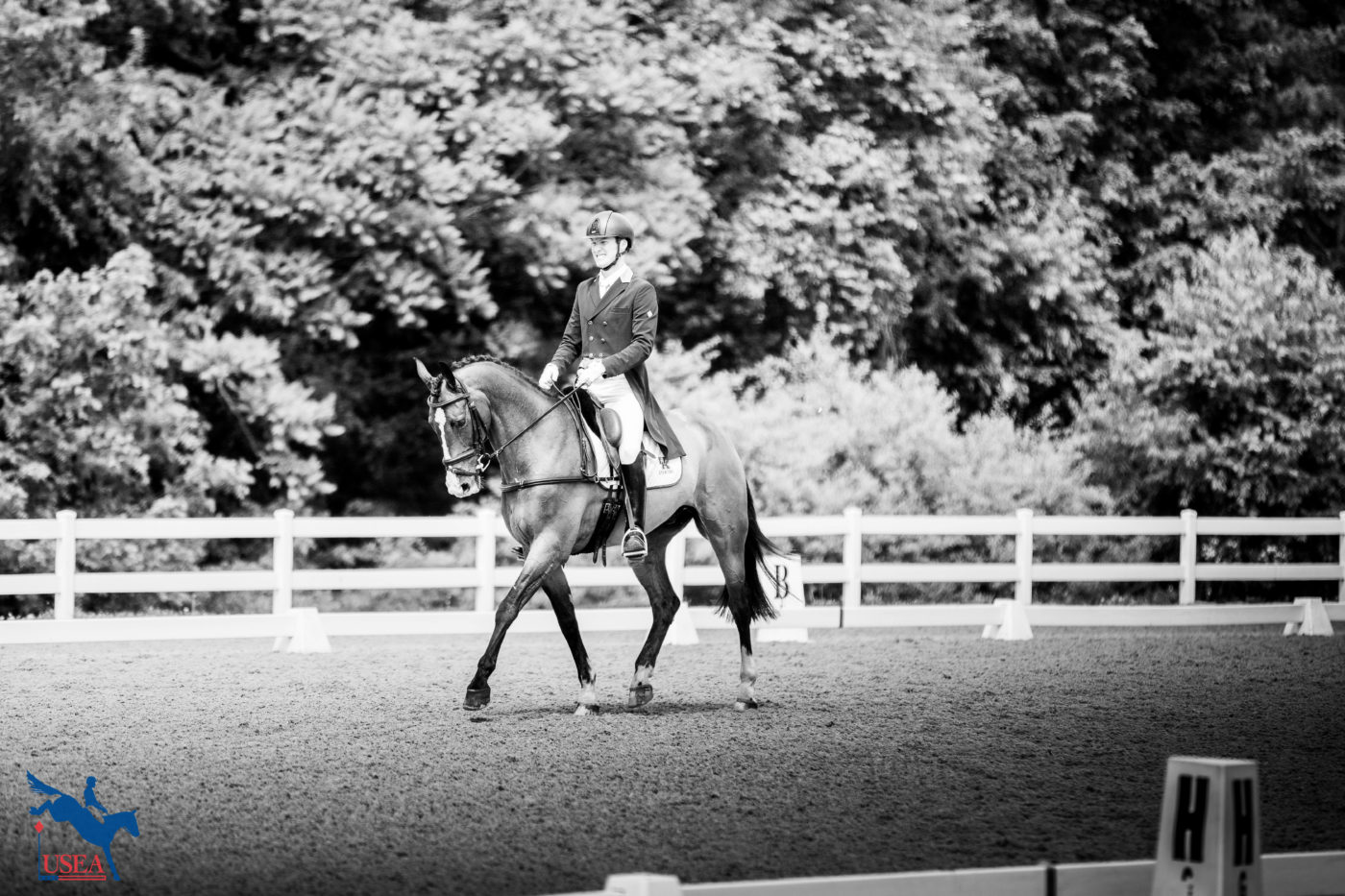 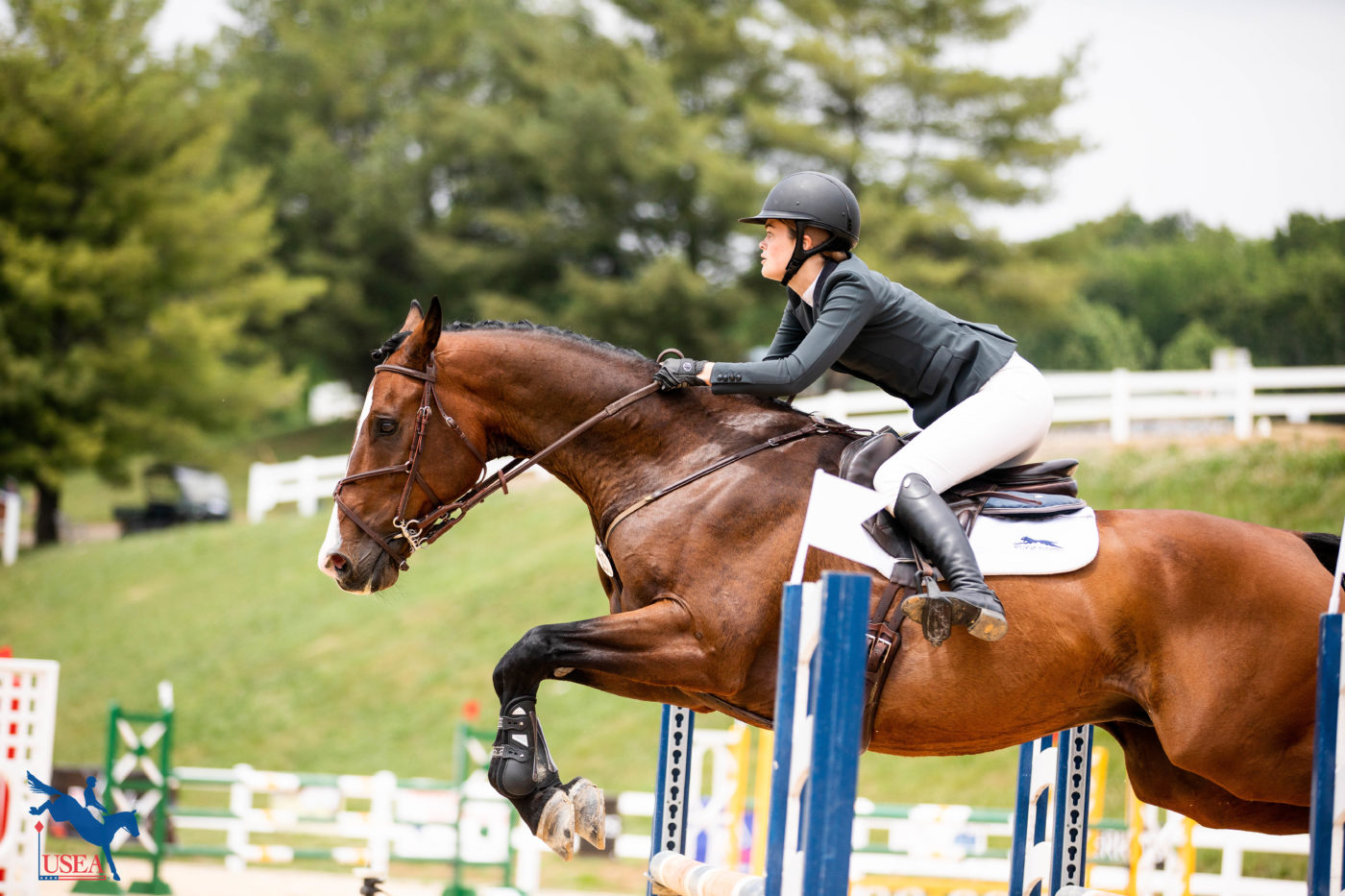 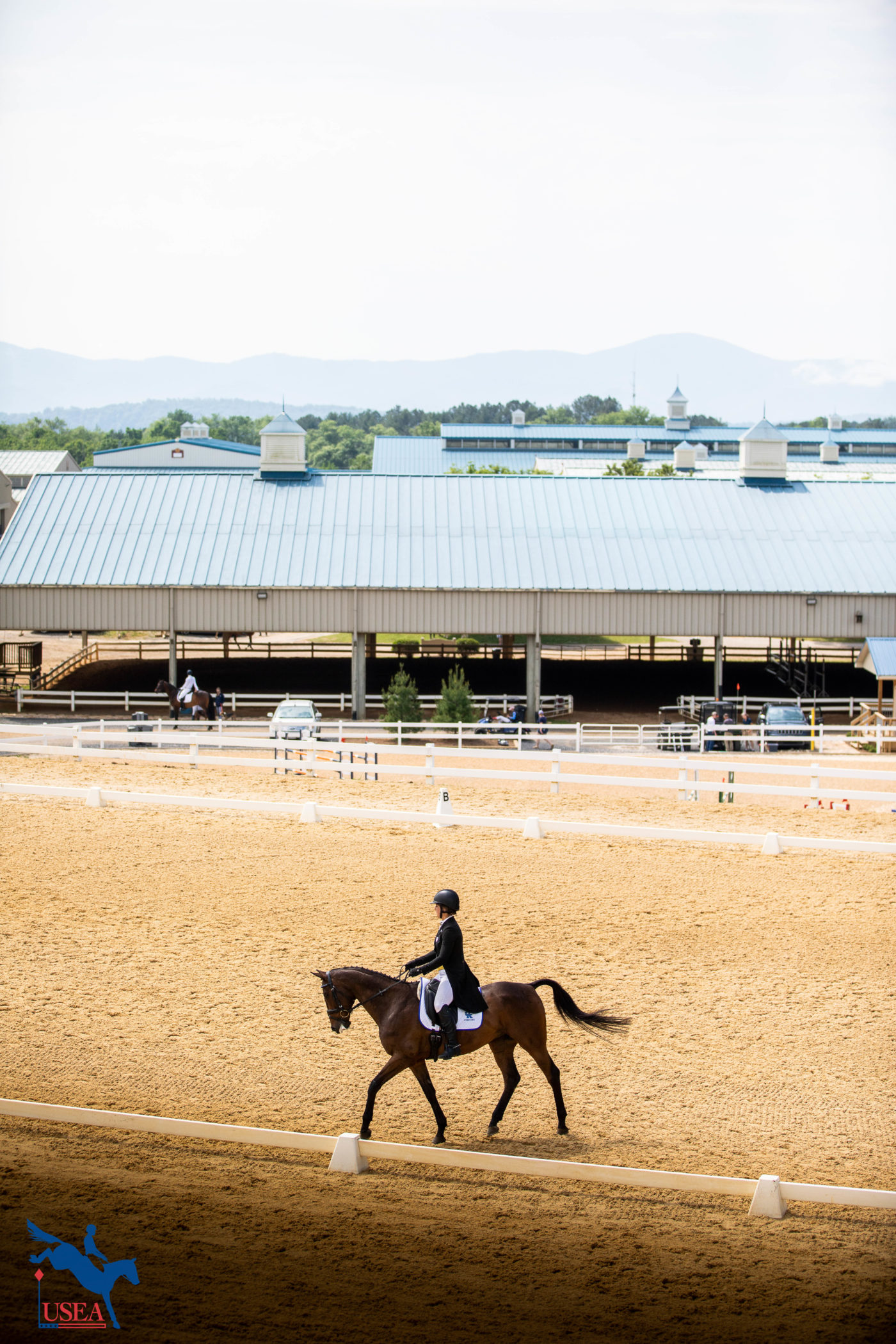 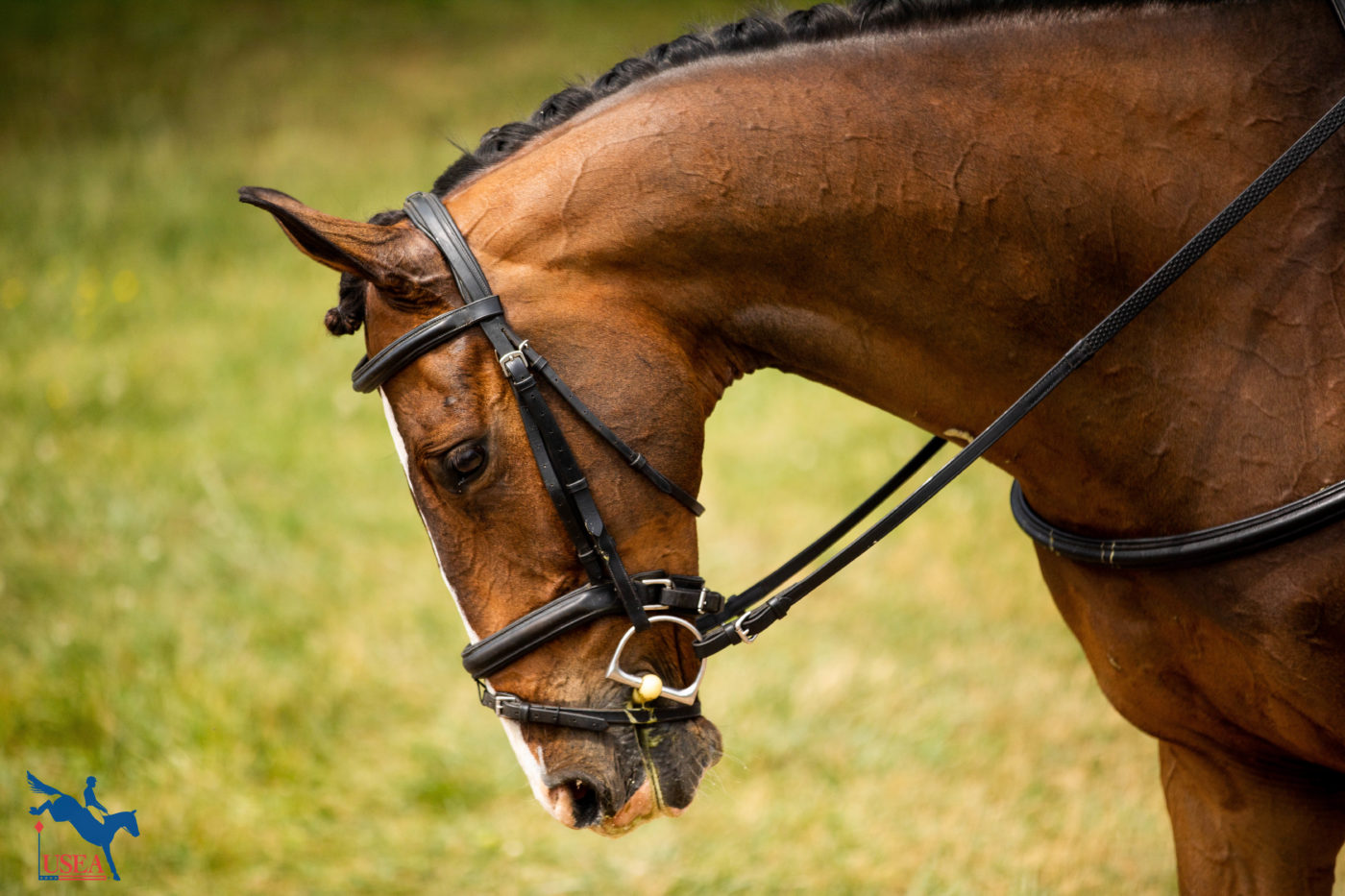 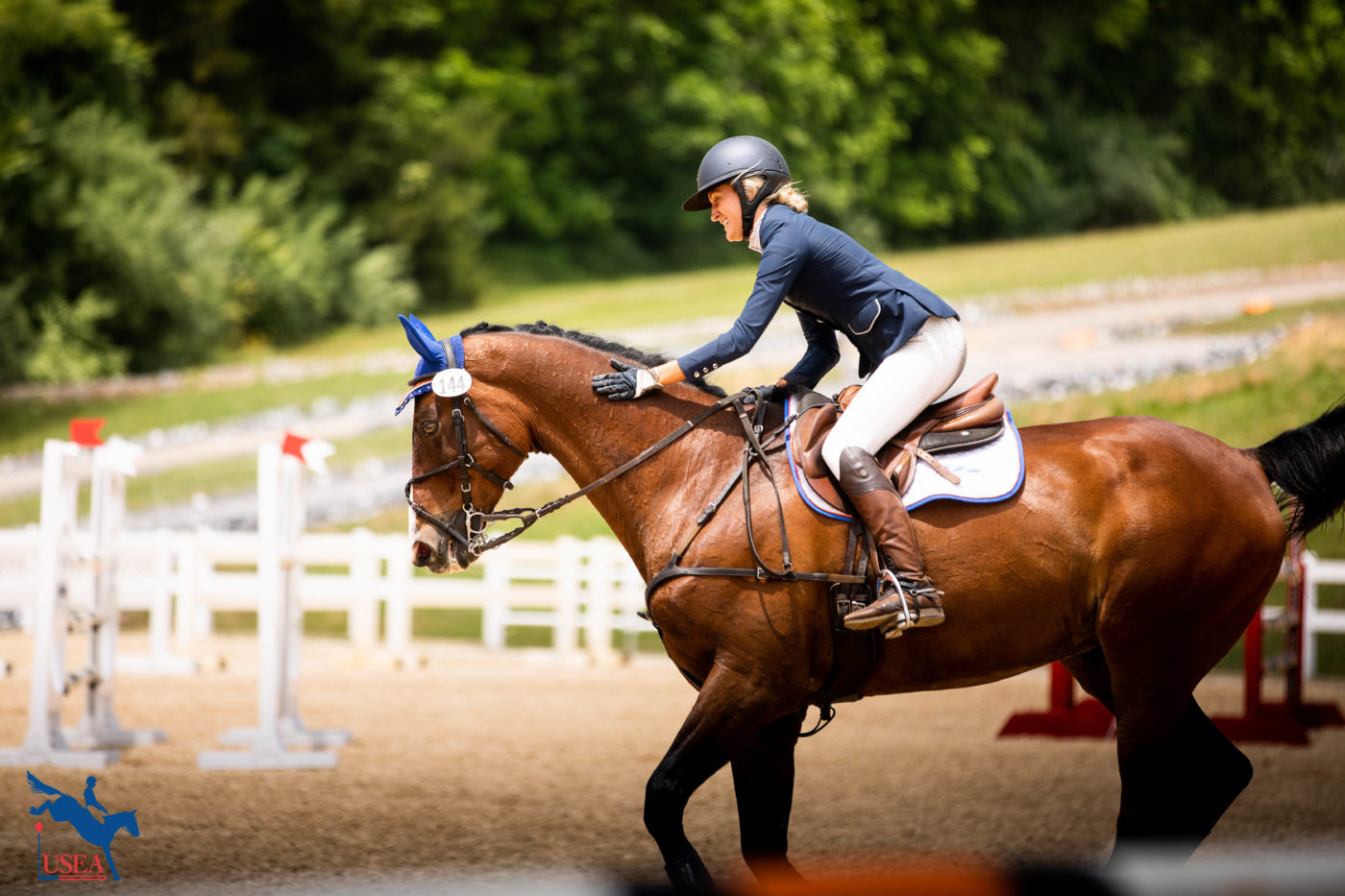