Time to Take on Tokyo After the Final Day of the U.S. Eventing Olympic Mandatory Training Session

There is a new Olympic format going into Tokyo and the new format reduces teams to three members and uses a second show jumping round, rather than a separate competition, to determine individual rankings. It also allows for an additional rider, the traveling reserve, to be substituted into the competition should one of the original team members be eliminated.

With this new format, each rider on the three-person team will do two show jumping rounds. To fine tune the horses and riders in this phase, the U.S. Eventing Team has been working under the expert guidance of Peter Wylde. Duvander explained, “We have Peter Wylde who’s come in all guns blazing and has done a massive job this past year.“ Boyd Martin also commented, “Peter Wylde has been incredible this year.”

Peter Wylde was a member of the U.S. show jumping team at the 2004 Athens Olympics where they won team gold, and he also represented the U.S. at the 2002 FEI World Equestrian Games where he won the individual bronze medal.

Hard work and the expert guidance paid off for the team today as five out of the six horse-and-rider combinations traveling overseas (the three-person team, the traveling reserve, and the top two team alternates) jumped double clear in show jumping. “We are very, very grateful to have high caliber coaches helping us,” said Martin.

The last ride of the day was Martin and Tsetserleg TSF (Windfall II x Thabana) a 14-year-old Trakehner gelding owned by Christine Turner, Thomas Turner, and Tommie Turner. The pair put in a foot perfect round. “I feel like Tsetserleg is in the best form of his life. Obviously, we tumbled at Kentucky this year but I think it’s made him better. He was brilliant out on the cross-country, he was very eager to jump every jump and today he came out and jumped like a buck.”

“My groom, Steph works around the clock, and my wife Silva and the guys that work for me are incredible. I feel good - mentally stable, physically ready to roll. Here we come Tokyo.”

Dutton, who also had a double clear show jumping round with Z, said, “It’s been a great couple of days at Great Meadow, thanks to everyone who put this on. It’s actually a bit humbling watching all the riders here. Any one of those riders, you’d be proud to be on a team with.”

The 6-time Olympian added, “I don’t think any of us are taking for granted the enormity of what we’ve got coming up in Tokyo. One, the competition is going to be very stiff and then the new format which is three on a team. Like Boyd alluded to, everybody put in a lot of work and effort. Not just us as riders, but there’s so many people behind us. [We’re] starting to feel pretty prepared and confident about our chances of doing really well.”

Halliday-Sharp was third to go in the show jumping ring and only had one rail down, the vertical in the triple combination (which was the same rail the first two competitors had down as well). Halliday-Sharp said, “This has been a great opportunity for the horses to get back out. They needed to go and do a real competition. Most of our horses hadn’t run since Kentucky which was nine weeks ago. I think the preparation was great.”

“Deniro Z is feeling fantastic - he’s in great form and really fought for me yesterday. I made this outing just a goal to put in a confident place. It wasn’t about running around super fast or anything like that because I can trust that on the day. We are ready to work hard and do our best in Tokyo.”

Payne, the traveling reserve who also competes at the Grand Prix level of pure show jumping, put in a double clear round with the 17-year-old Trakehner gelding, Vandiver aka 'Quinn' (Windfall II x Visions of Grandeur) who is owned by Debi Crowley, Doug Payne, and Jessica Payne.“Quinn jumped exceptionally well and I’m really happy with him,” said Payne.

Payne also commented on the guidance from Peter Wylde. “I do think the great thing that Peter brings to the table is that he has a broad base of experience with a variety of different horses. Each preparation he brings to the different horses is completely separate and individual. I think he’s got a great feel for it, and it’s been a huge help.”

Everyone in Friday’s press conference acknowledged the group effort that’s put into sending a team to Tokyo. Erik Duvander, the USEF Eventing Performance Director said, “It’s been a long process and a lot of effort and sacrifice but I’m super proud to be leading this group of riders.”

For 10 years Erik Duvander coached the New Zealand Eventing Team before coming on as the coach for the U.S. in 2017. The Tokyo Olympics will be the first time he coaches the U.S. at an Olympic Games.

The team and the first two alternates will head to Gladstone, New Jersey, in preparation to fly out on July 8. From there, the team will travel to a mandatory 8-day quarantine in Aachen, Germany, which will serve as the final training camp before Tokyo.

The final leg of travel for the four horse and rider combinations will be on July 20, flying from Europe to Dubai to Tokyo, and landing in Tokyo on July 21. The first horse inspection will be on July 29. The eventing portion will run from July 29 - Aug. 2.at the Equestrian Park and Sea Forest Cross-Country venues. The team will be led by Erik Duvander and USEF Managing Director of Eventing, Jenni Autry. 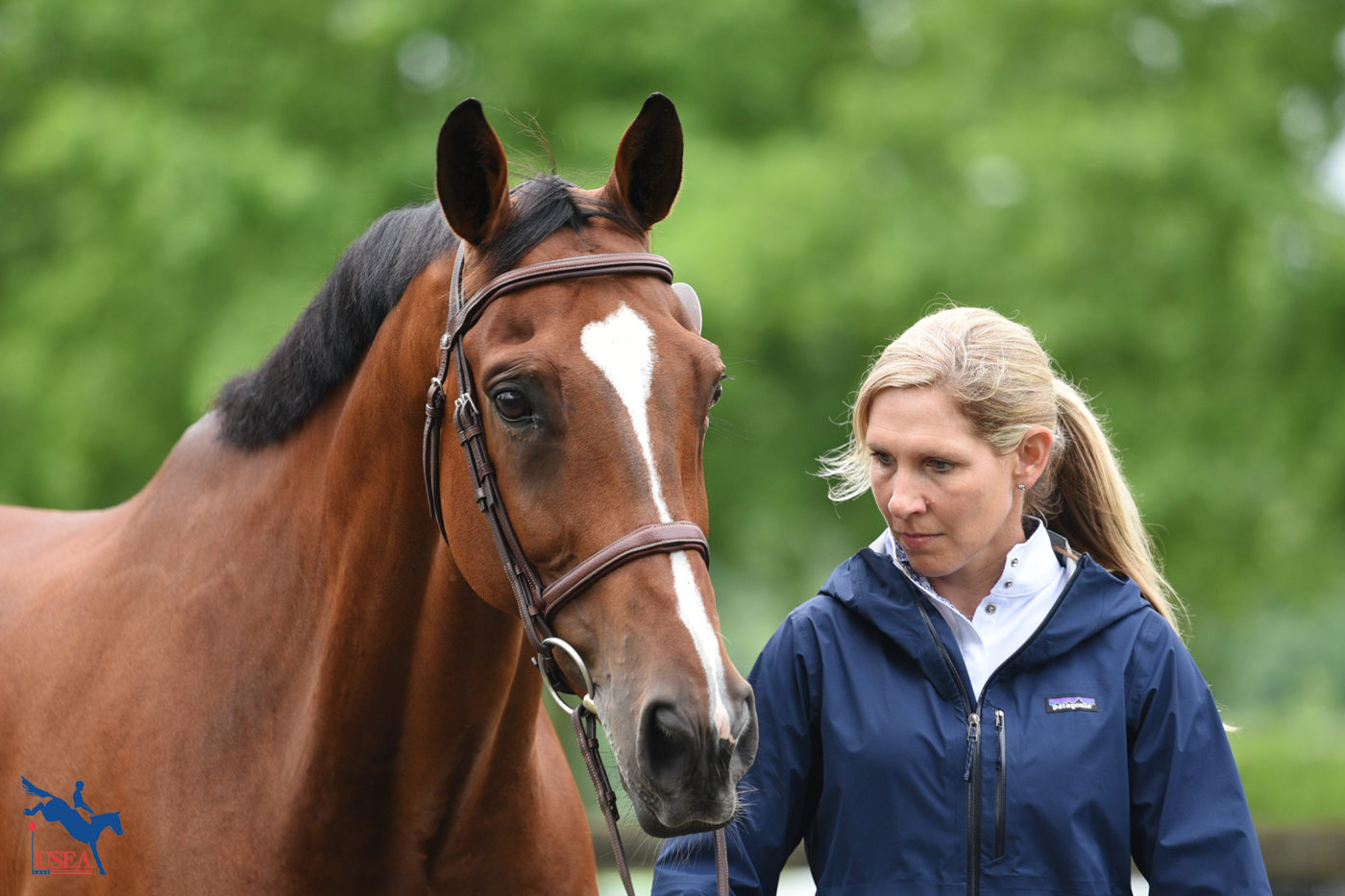 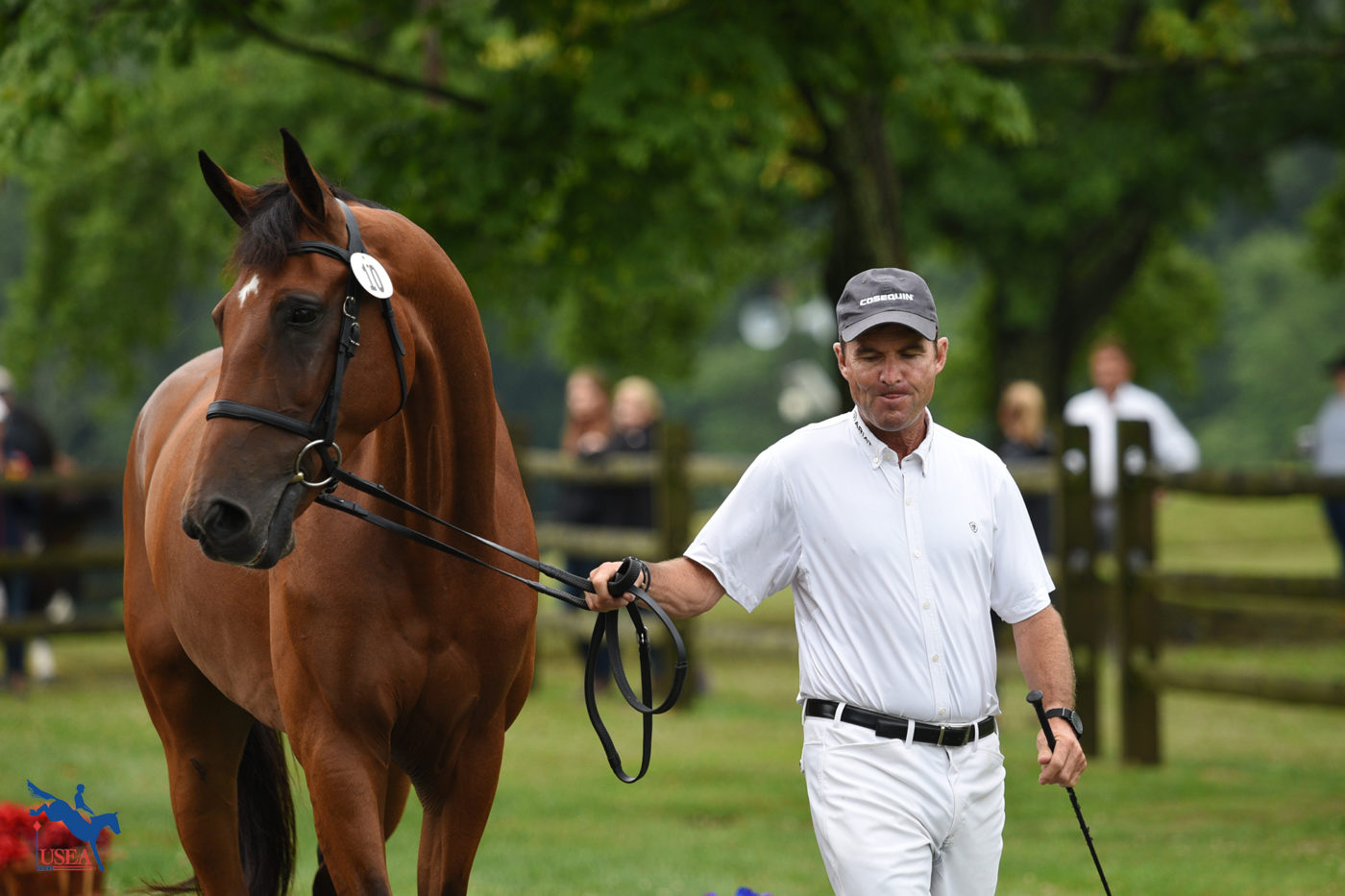 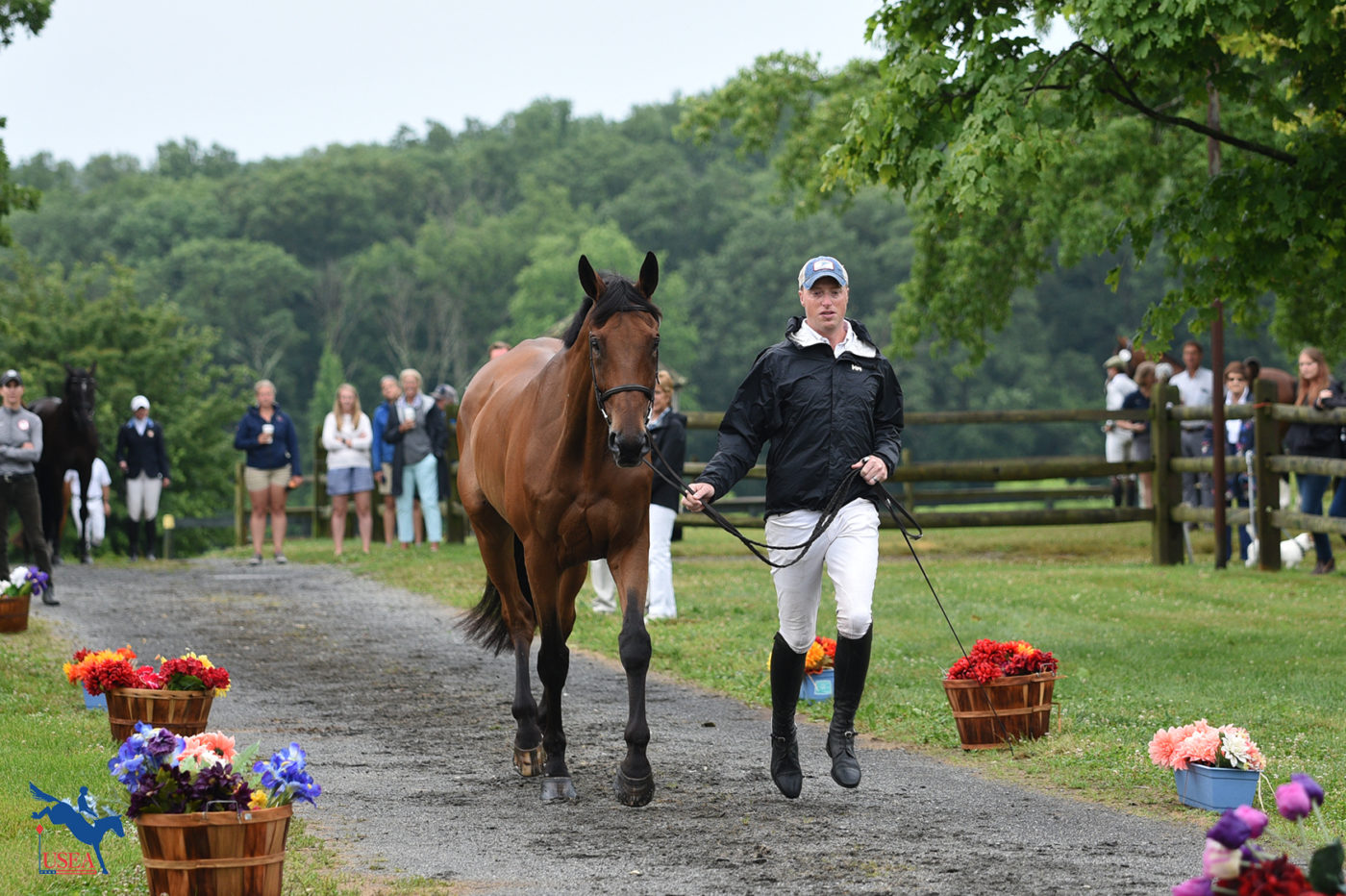 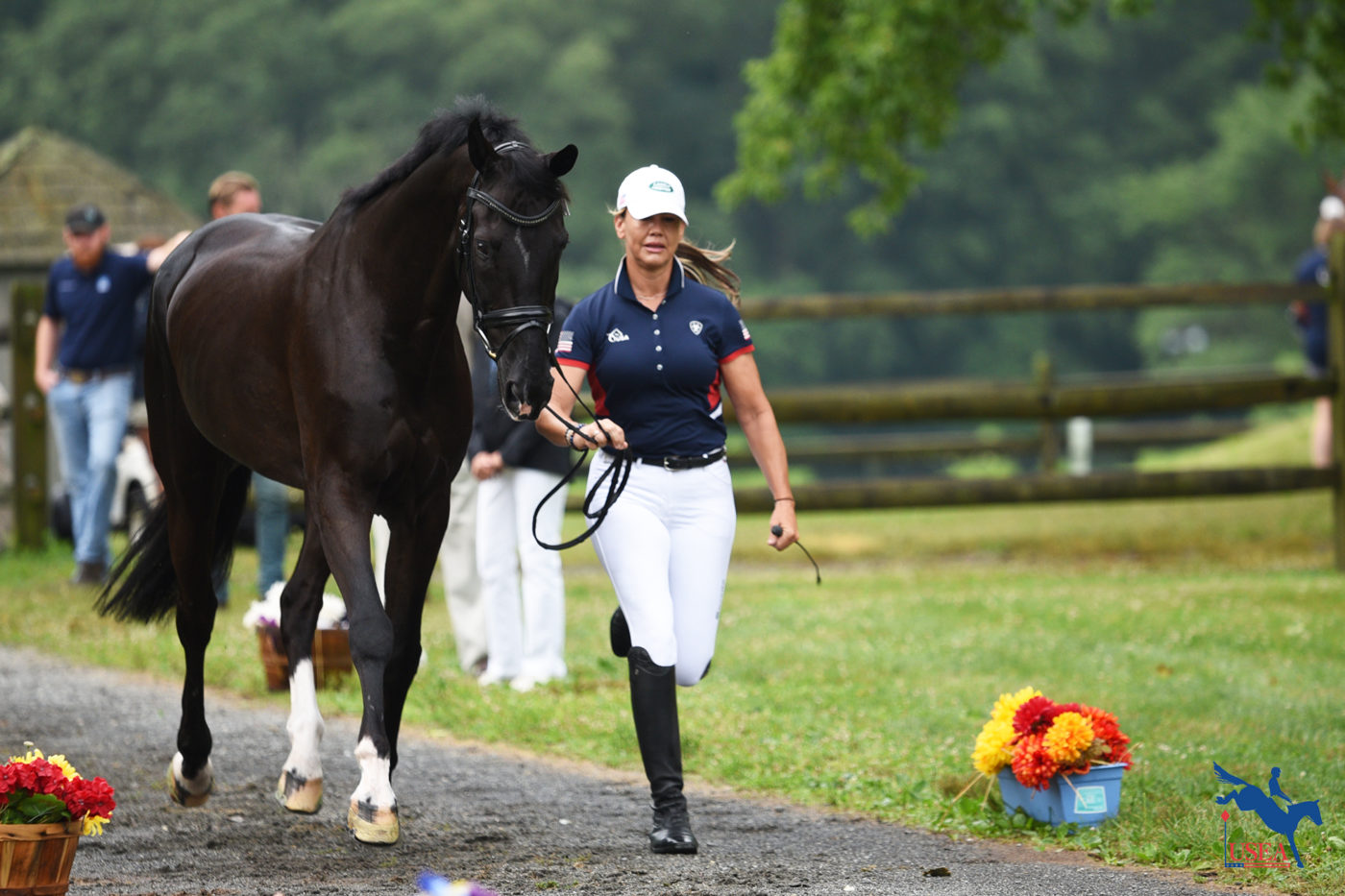 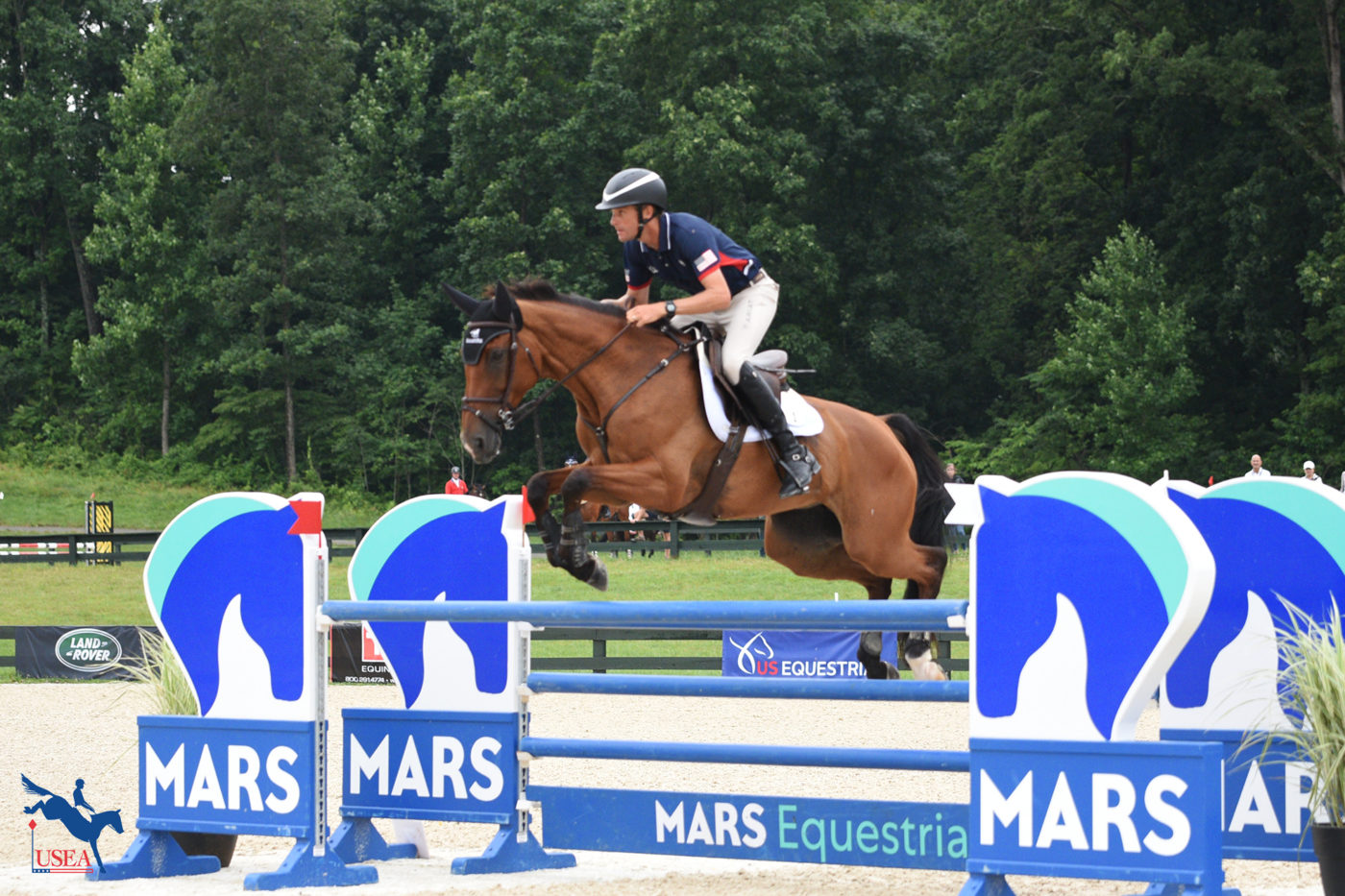 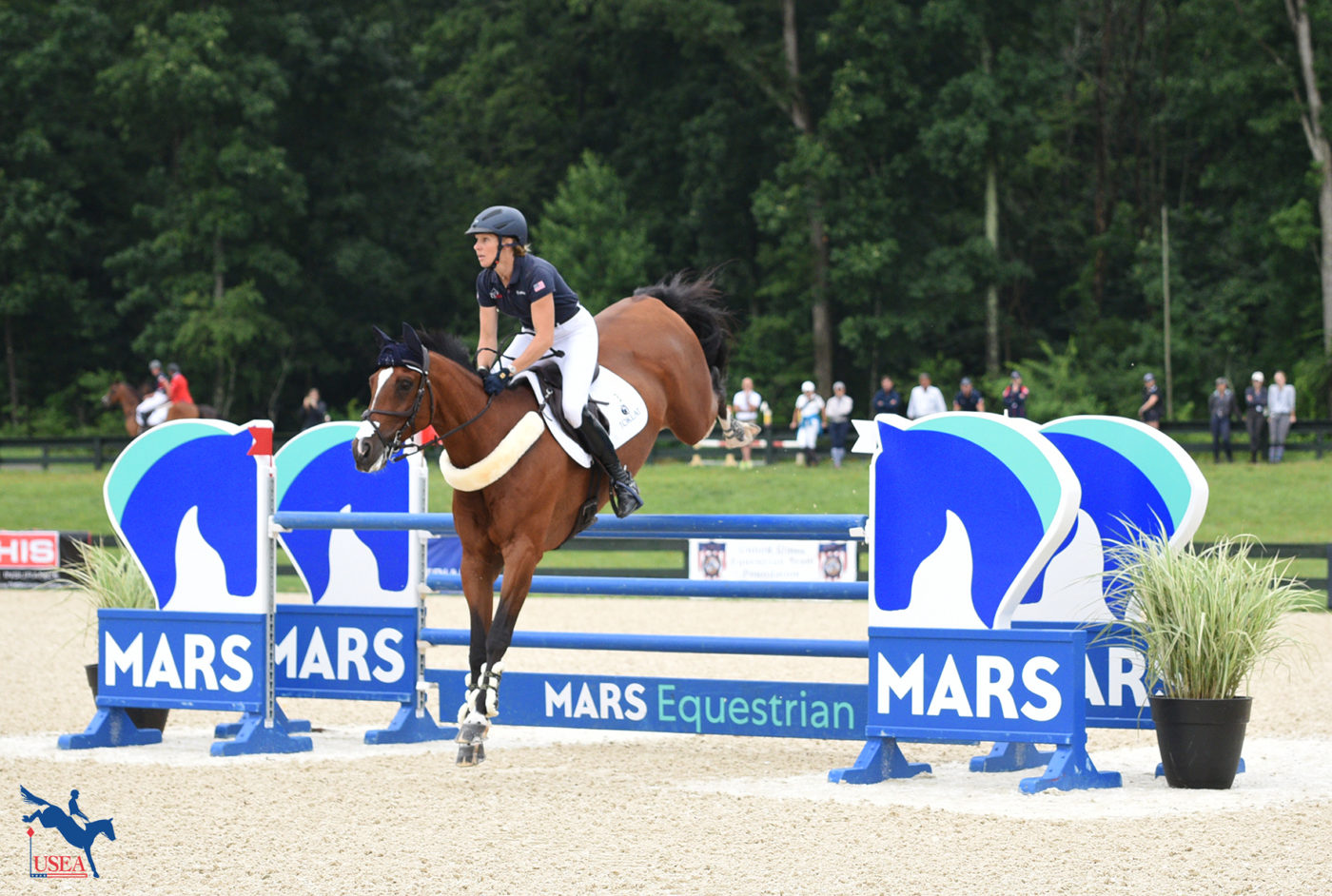 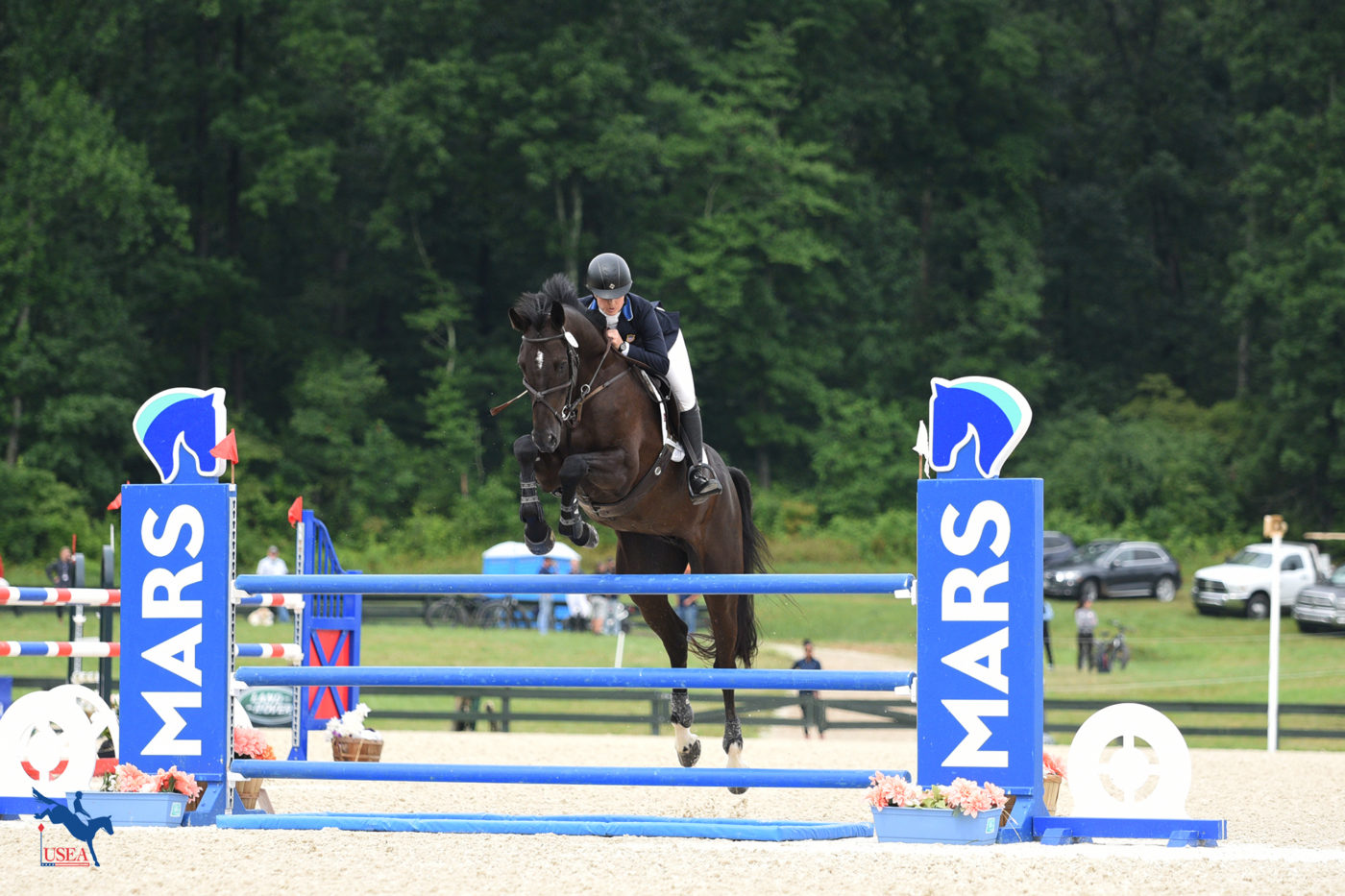 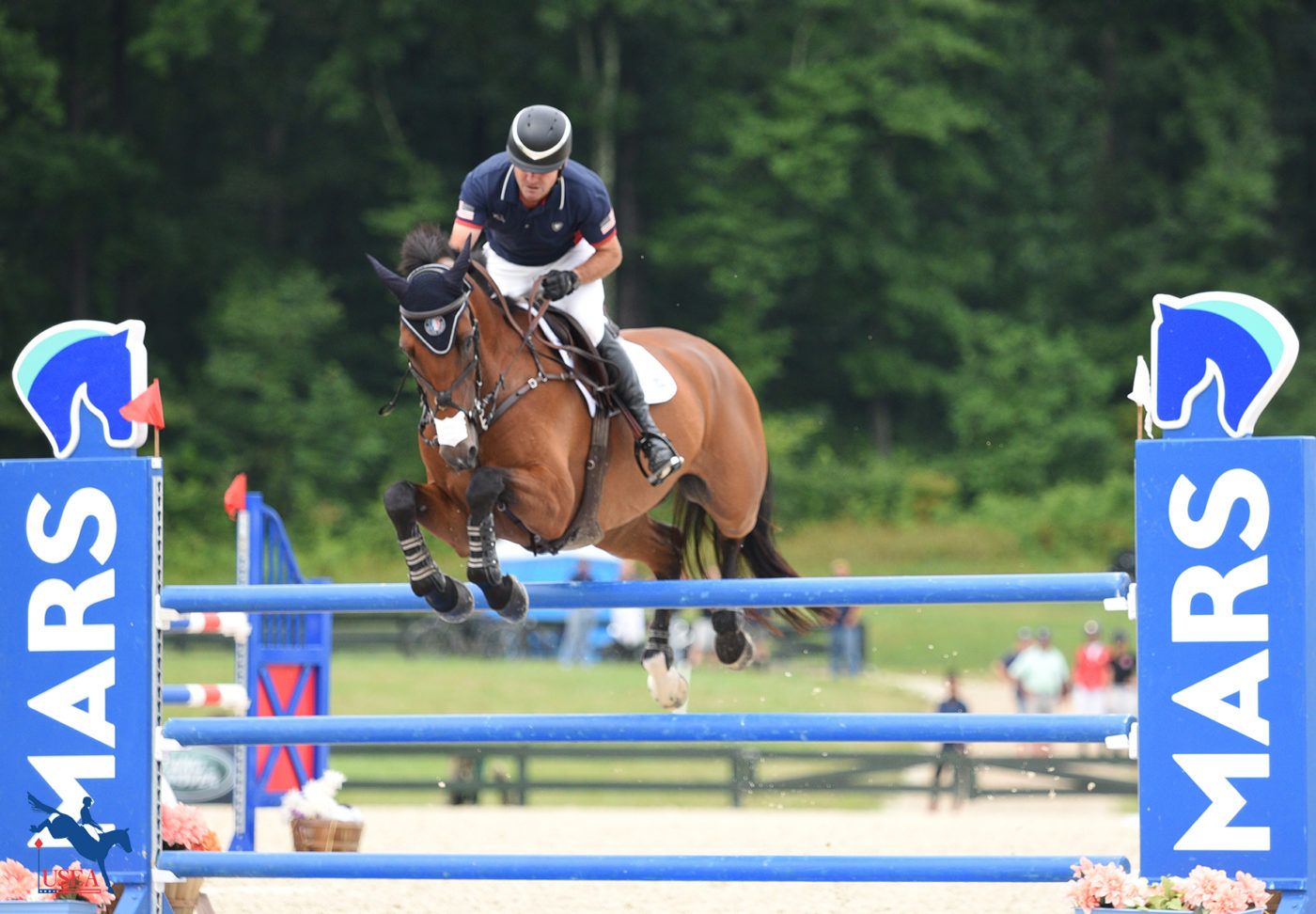 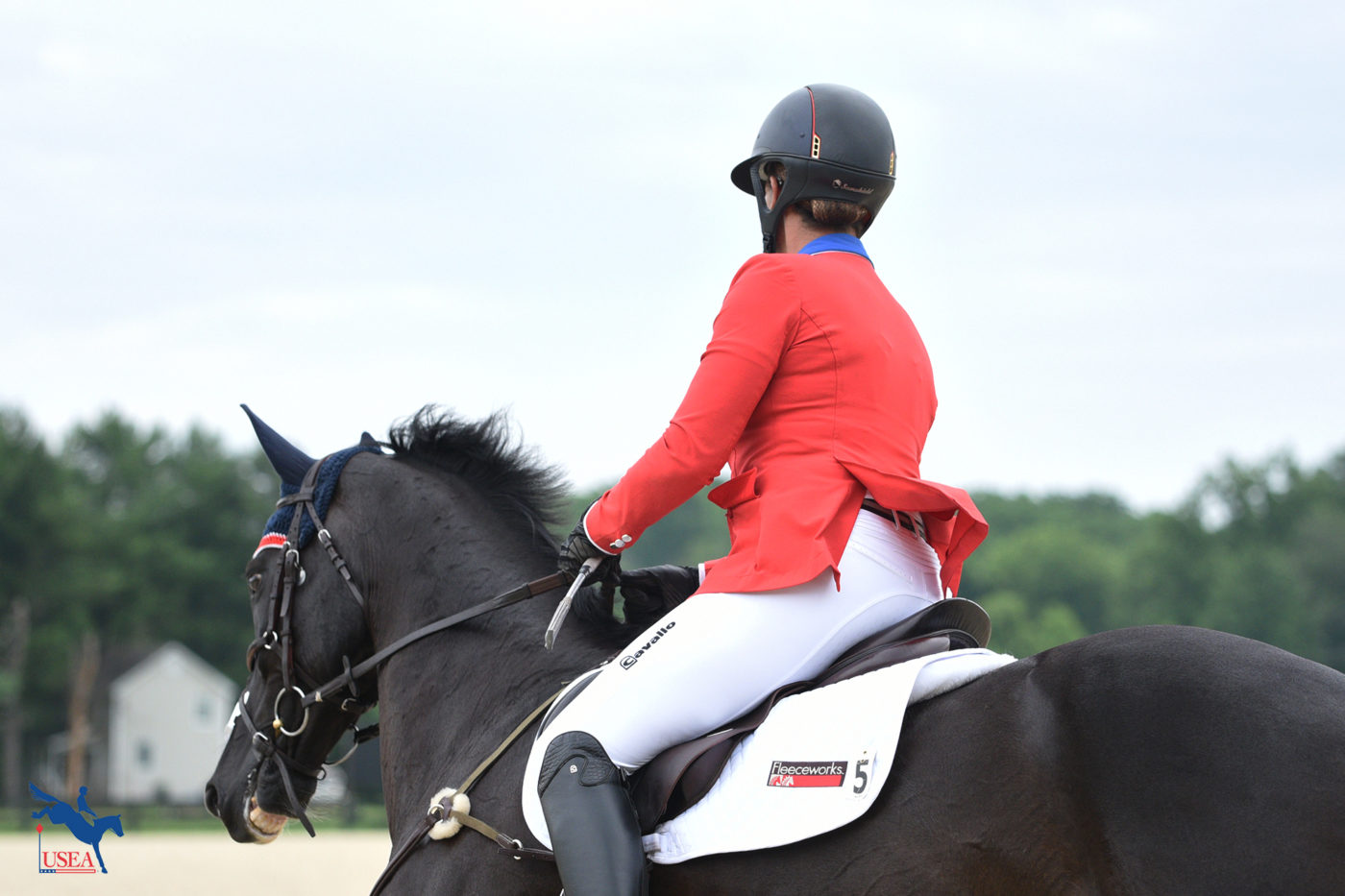 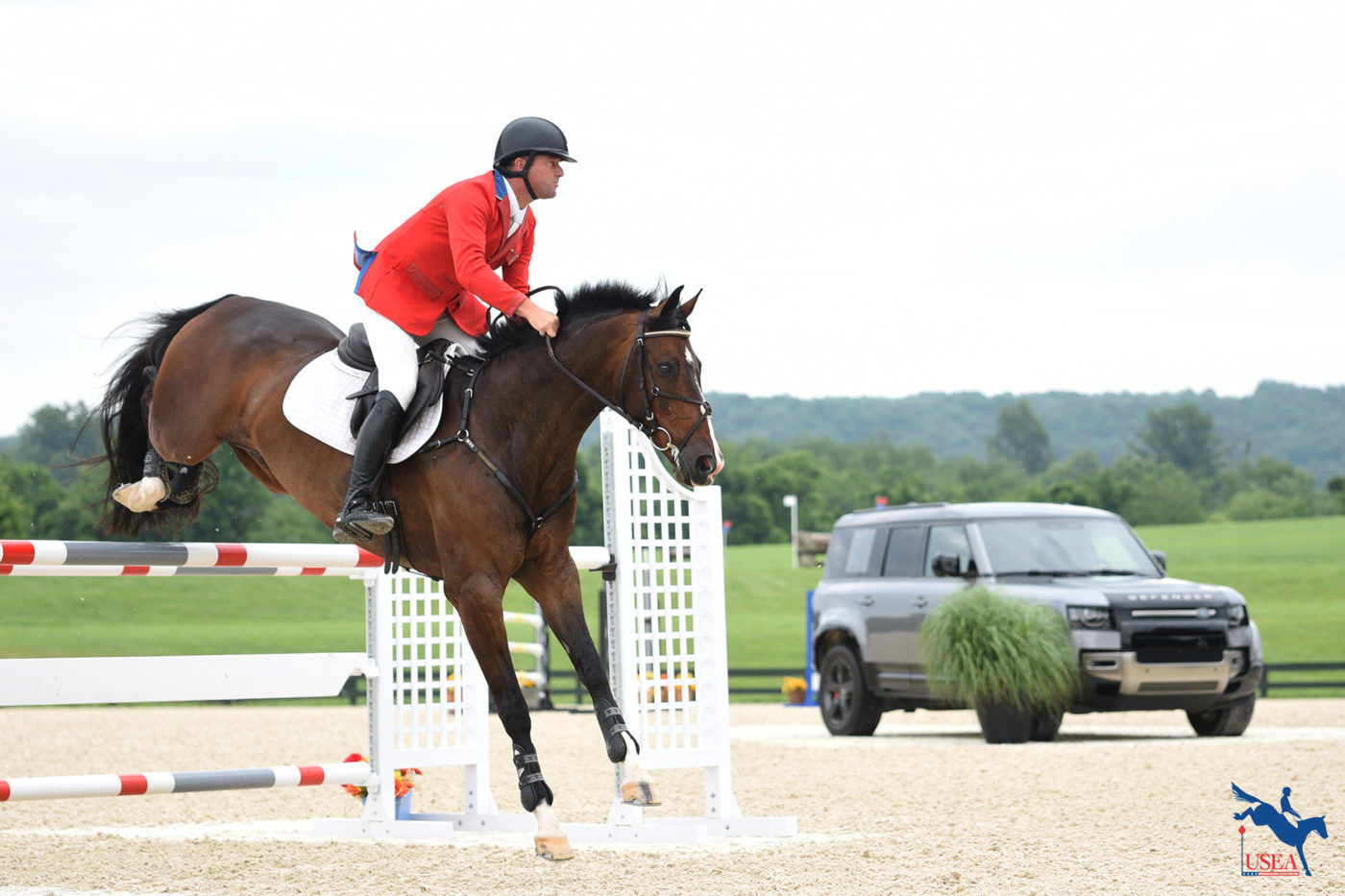 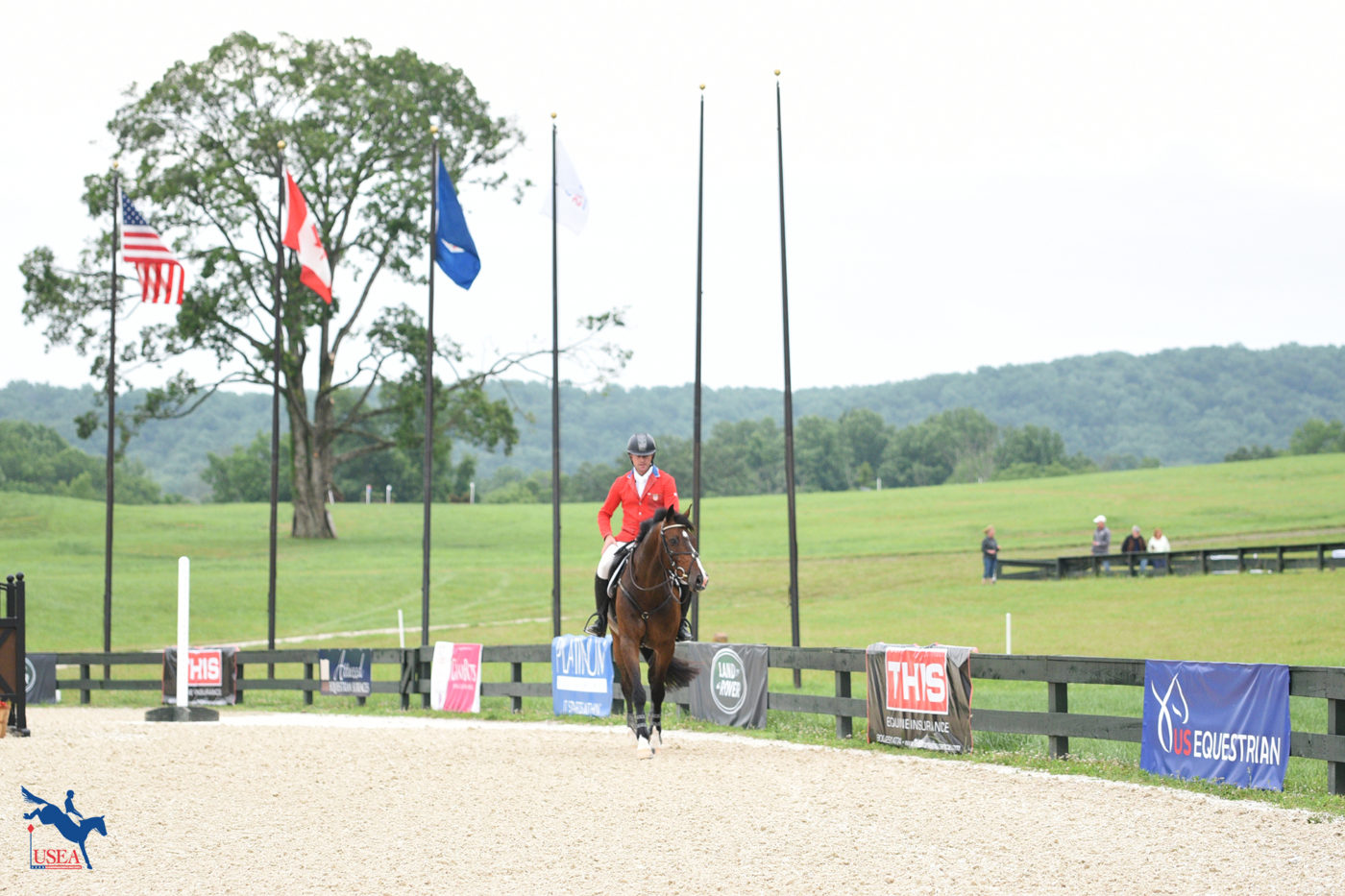 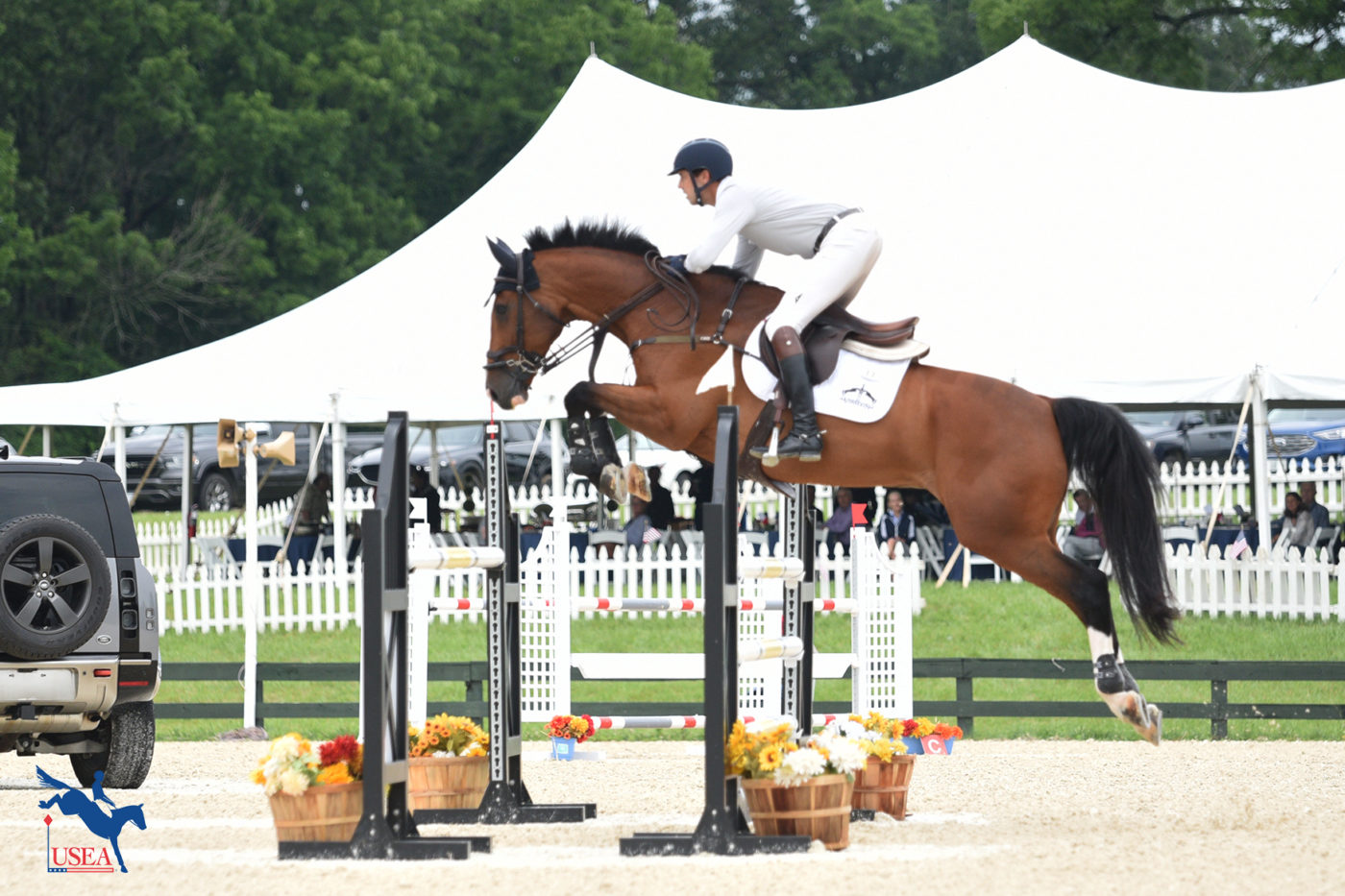 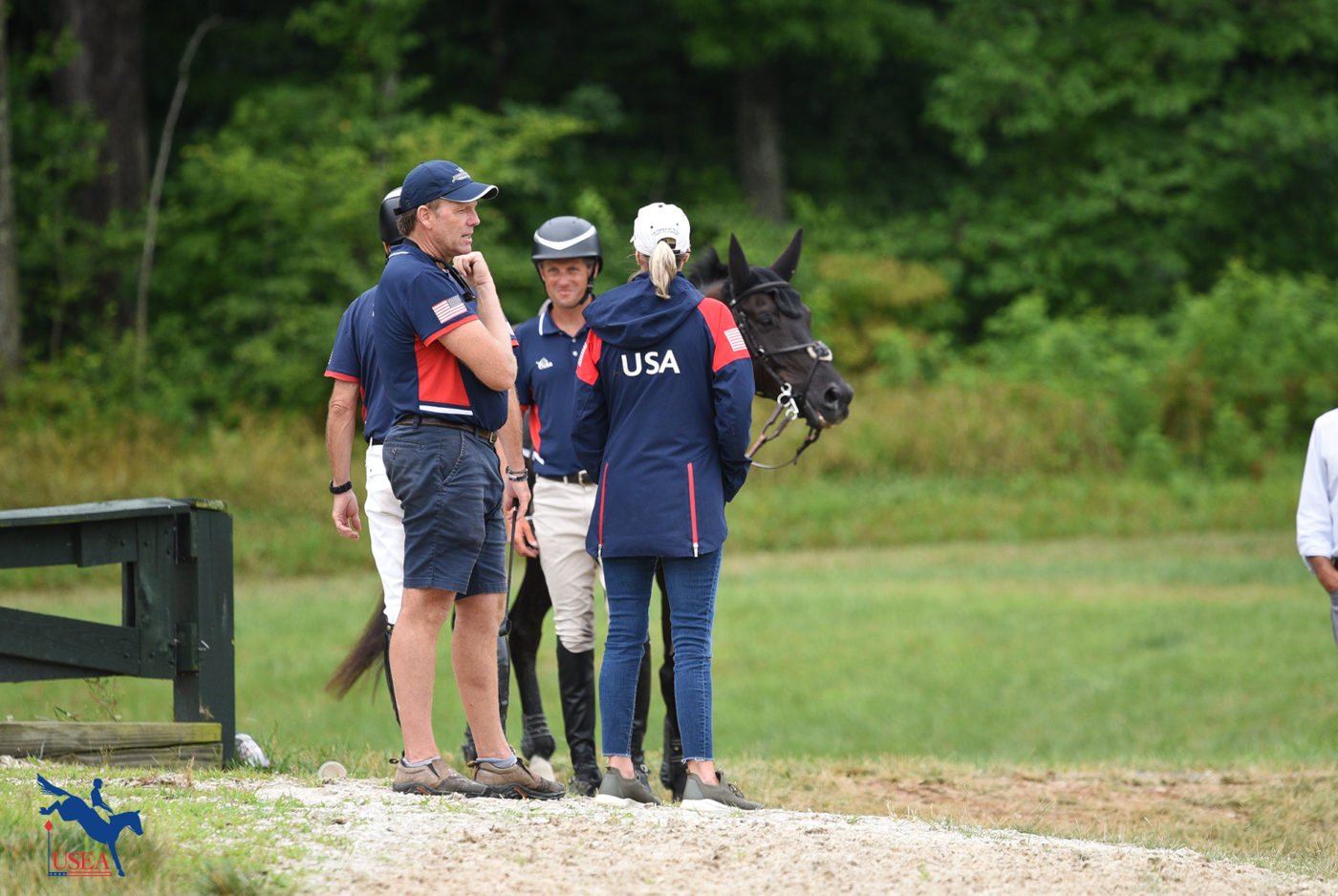