Thieriot Stutes and Chatwin Command CCI3*; Martin and On Cue Climb to Top of CCI2* at Fair Hill International 2018

In the CCI3*, Frankie Thieriot Stutes and her longtime partner Chatwin (Contendro I x Oktav), The Chatwin Group’s 10-year-old German Sport Horse gelding, maintained their overnight lead with one of just two double-clear cross-country rounds, staying on their score of 27.3 heading into tomorrow’s show jumping competition.

“I just wanted to attack the course,” Thieriot Stutes said of her game plan out on course today. “I think it was mentally tough the whole way around for me and for my horse too, but he just has so much heart. I was just really proud of him.”

“I think when you do a CCI it’s mentally tough and you have to stick with it until the end,” she elaborated. “I got through the big brush table to the skinny hedge and I kind of thought, ‘Wow, we’re almost back,’ but then I caught myself and thought, ‘No, not yet Frankie.’ I think you just have to stay committed the whole way around – both your horse and you. I don’t do it on 10 horses like these guys so it takes a little more focus for me.”

Thieriot Stutes and Chatwin have a rail in hand tomorrow but can’t incur more than 5.1 penalties if they want to hold onto the lead.

Second place in the CCI3* belongs to the only other pair to come in clean and within the time – Buck Davidson and Maya Simmons’ 10-year-old Thoroughbred gelding Archie Rocks (Le Monde x Unbridled Diva) – on a score of 32.4.

This is a relatively new partnership for Davidson, who only started riding Archie Rocks earlier this year. “He’s a true Thoroughbred and he really tries hard,” said Davidson. “He trusted me right away and we developed a partnership very fast. He’s very honest and he gave me a great ride today. I was just so far ahead [on the clock] after the last water that I slowed down and I really butchered the second-to-last, but he was terrific today. I’m happy.”

Martin and Long Island T won the CCI3* at Jersey Fresh International this spring, and Martin said he’s gotten better every time out this year. “He was brilliant. He’s really come on this year. I sort of just scraped around [at Jersey Fresh International] and six months later he felt bigger and stronger. I think he’ll be set up well from this course for [the Kentucky Three-Day Event]. He usually does a little better in the dressage but the biggest challenge for us has been the cross-country and the jumping. You know [after riding] around Fair Hill whether you have a four-star horse and today he showed me that he’s good to go.”

Boyd Martin and On Cue Climb to the Top

Martin also holds the lead in the CCI2* with Christine Turner’s On Cue (Cabri D’elle x On High), a 12-year-old Anglo European mare. The pair were second after dressage on a score of 23.7 and a double clear round bumped them up into the top spot heading into the final phase of competition.

“She’s all class,” Martin praised. “She also did [the Jersey Fresh International]; she won the CCI2* there earlier this year. I sort of didn’t know whether to bring her here or not just because she had done a couple of Advanced [level events], but she sailed around the course today. She’s got a huge stride and did the time quite easily and I think she’s going to be a strong horse for the future.”

Emily Beshear and Olney Uncle Sam (Sonset Seiger x Aerial), Jennifer Ward’s 11-year-old Trakehner gelding, moved up into second place after jumping clear and inside the time today to stay on their dressage score of 26.8.

Beshear explained that while Sam has been competing at the Advanced/three-star level this year, his performance has been a little hit or miss and she felt he would benefit from running the two-star at Fair Hill instead. “I was really happy he did the two-star today, I think it was certainly plenty of challenge but [knowing he had that experience under his belt] allowed me to attack the course and try to be quick around. He was super.”

In third place are Will Faudree and Michel 233 (Mighty Magic x First Lady), Jennifer Mosing and Sterling Silver Stables’ 8-year-old Hanoverian gelding. The pair picked up 1.2 time penalties on cross-country to move up from eighth place to third on an overnight score of 28.3.

“Mikey was super today,” said Faudree. “He’s been at the level for a year – I did Fair Hill on him last year in the two-star and he was very green – but he’s come this year very strong. He didn’t do a spring CCI because I’d just planned to give him time this year to get strong at the level, and he was super. I ended up with a few time penalties going around the tighter turns at the beginning – he’s a very big horse – so I took my time around the sharper turns but he’s a machine cross-country and I was really happy with him.”

Where Were the Problems?

Just five riders were clear inside the time in the CCI2*, with all other combinations incurring time penalties. Seven pairs completed the course with jumping faults. Anna Loschiavo and Spartacus Q, Rachel Wilks and Great Expectations, and Hannah Leahey and Cassinova all picked up 20 penalties at fence 4A, the Frog Pond. Annie Goodwin and Fedarman B and Courtney Sendak and DGE TheManInTheGlass incurred 20 penalties at the A and C elements of fence 11, The Question, respectively. Mélissa Boutin and EWSZ Jalando had a stop at fence 13B, the Stone Cottage. Heather Jane Morris and Jos UFO De Quidam incurred 11 penalties for activating a frangible device.

There were four eliminations and six retirements on course in the CCI2*. The following pairs were eliminated for refusals: Holly Payne Caravella and CharmKing at fence 9A, the Chesapeake Water; Cassandra Wallskog and Feine Loesung at fence 11A, and Cassidy Snyder and Flagmounts Celtic Rose and Hillary Moses and Irish Turn, both at fence 11B, The Question.

Alexandra Knowles and Business Class retired at fence 5, Seagram’s Rails and Corners, after a stop at fence 4B, the second element of the Frog Pond. Lisa Marie Fergusson and LandLunar also retired at fence 5, Seagram’s Rails and Corners, after a runout at the B element, a corner. Jane Papke and Norman retired at fence 10, the Cedar Cabin, after a refusal at fence 8, the Ditch and Brush. Heather Morris and Charlie Tango retired after two stops at fence 9A, the first element of the Chesapeake Water. Will Faudree and FRH Ramona retired at fence 13, the Stone Cottage, after running into trouble earlier in the course at fence 9A, the Chesapeake Water. Alexandra Baugh and Ballingowan Pizazz retired after a first refusal at 16A, the Log at the Foundation combination.

There were two rider falls and two mandatory retirements in the CCI2*. Amber Levine fell from Cinzano when he slipped in the turn to fence 4, the Frog Pond. Reports are that Levine was transferred to Union Hospital with a concussion and a broken ankle. Cinzano was unhurt. Mallory Hogan and Clarissa Purisima parted company at fence 15, the Hanging Brush, and both horse and rider were unhurt.

Bobby Meyerhoff and Almanac fell at fence 16A, the Log at the Foundation. Meyerhoff sustained minor injuries but was not transported to the hospital, and Almanac was unhurt. Ashley Hays and Call It Courage fell in the Frog Pond at fence 4A but were both unhurt.

There were fewer problems in the CCI3* relative to the number of competitors. Six riders added jumping penalties to their score. Ariel Grald and Leamore Master Plan and Emilee Libby and Jakobi picked up 20 penalties at fence 17B, the Arena Log and Chevron Brush. Lindsay Kelley and Cooley Cruise Control had two stops at fence 22B, the second element of the Double Brush. Fylicia Barr and Galloway Sunrise had one refusal at 24B, the second element of the Angled Logs. Boyd Martin and Ray Price and Clayton Fredericks and FE Ophelia both had one stop at fence 25B, the Springhouse Water.

Colleen Rutledge and Confidence Game and Alexandra Sacksen and Sparrow’s Nio both retired on course after multiple refusals, Rutledge at fence 22B, the Double Brush, and Sacksen at fence 24A, the Angled Logs. Three riders fell on course: Meghan O’Donoghue fell from Palm Crescent at fence 5B, the Frog Pond; and Caitlin Henderson and Creative Dreamer and Autumn Schweiss and Oakport Strauss incurred a rider fall and a mandatory retirement, respectively, at fence 24, the Angled Logs. 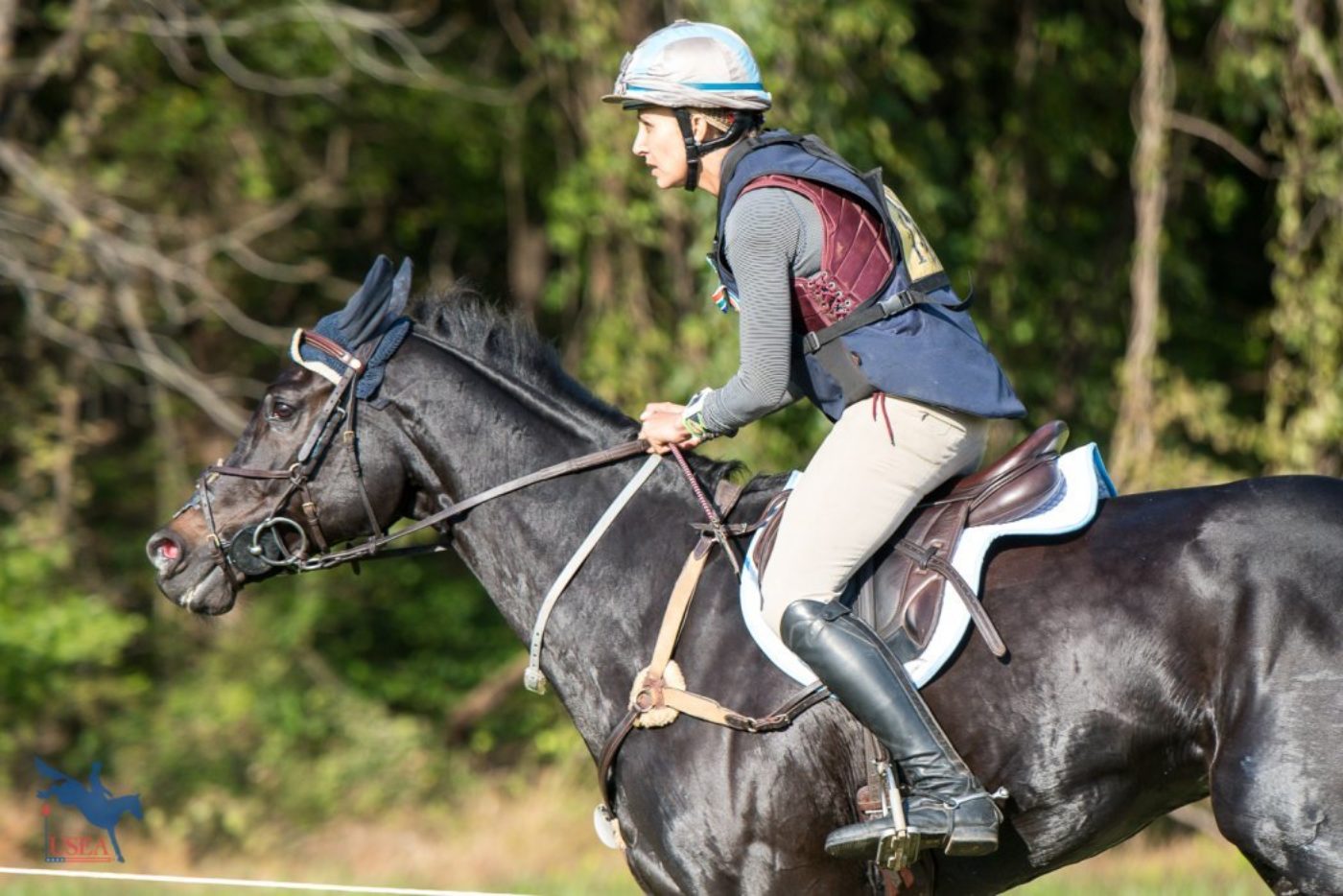 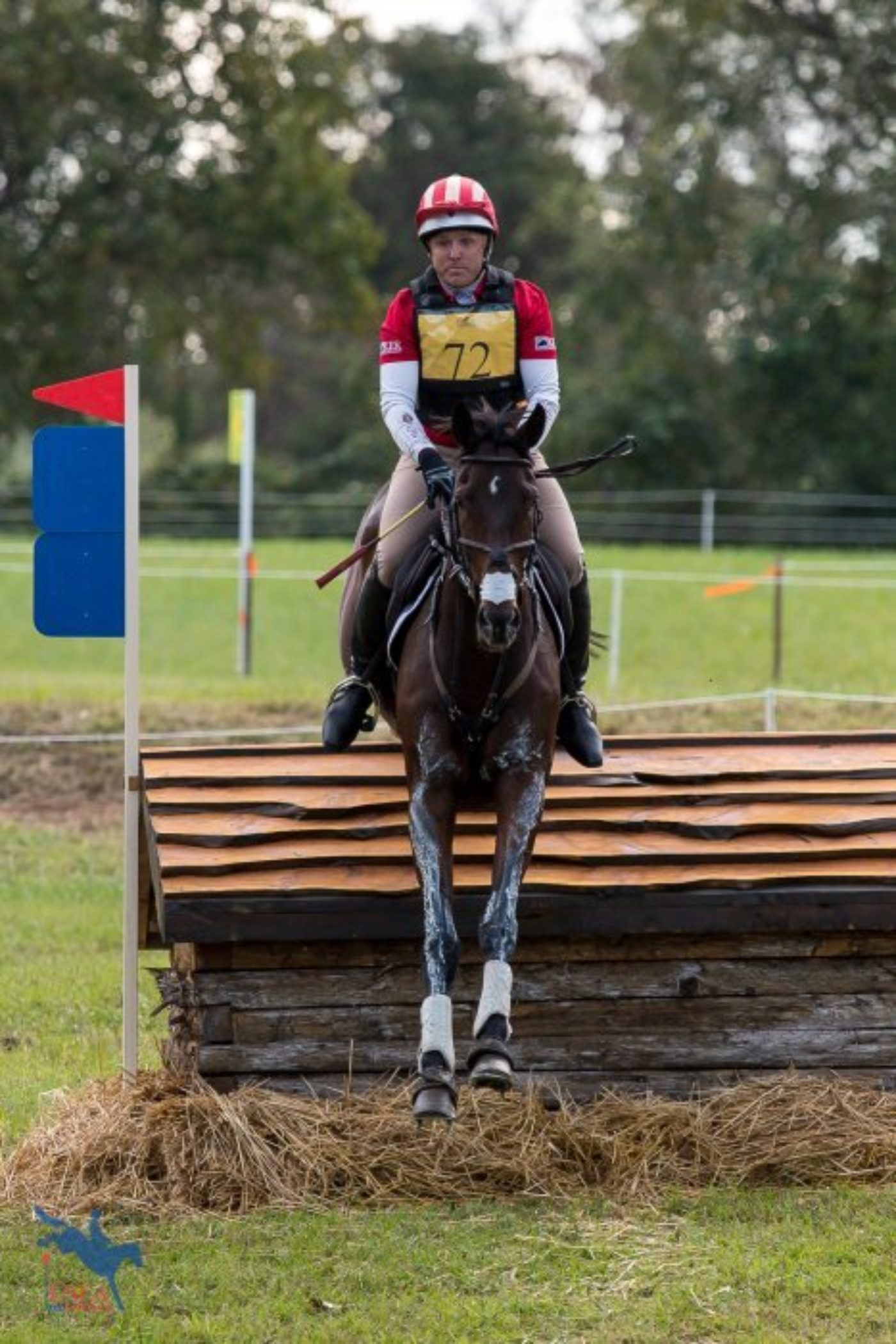 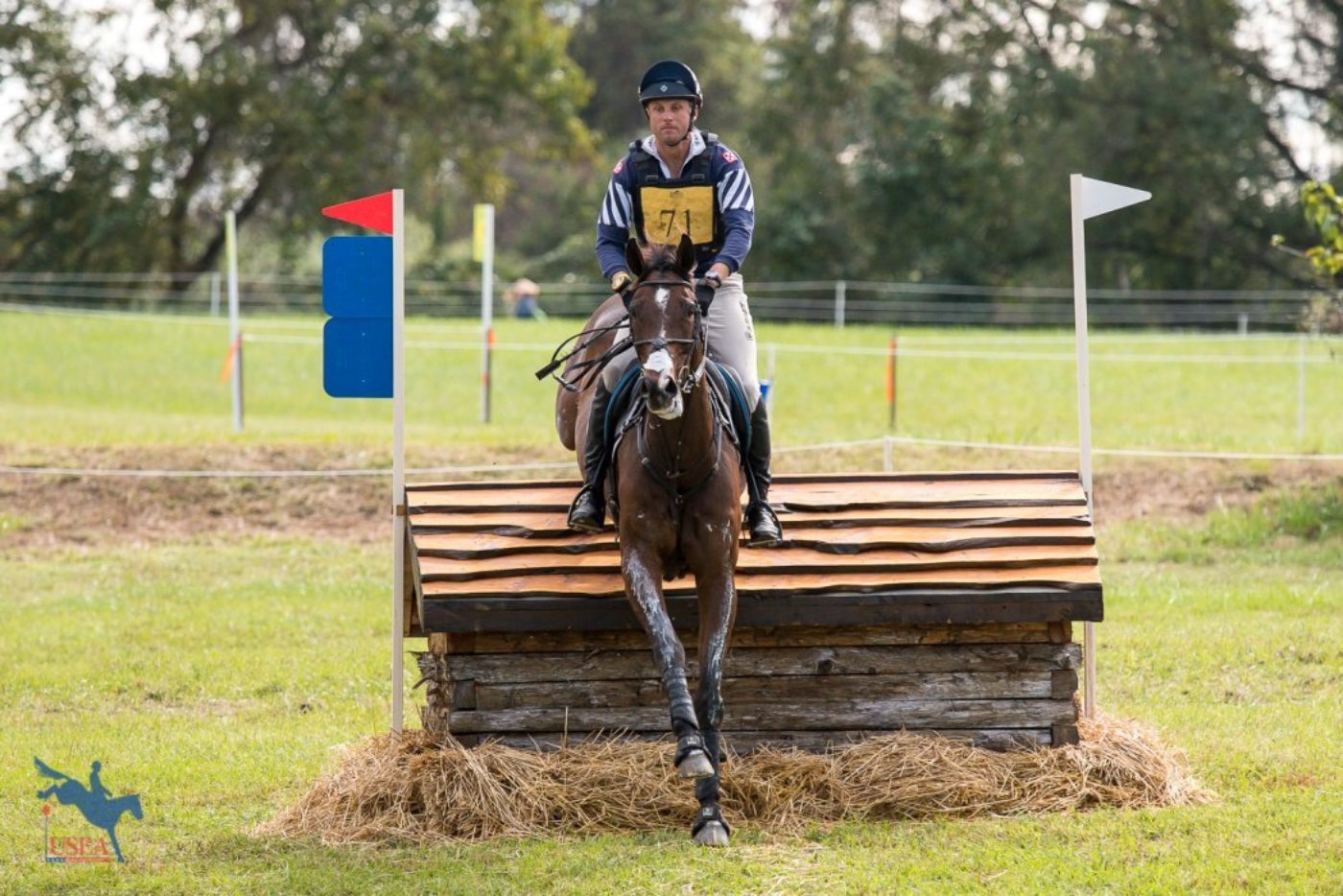 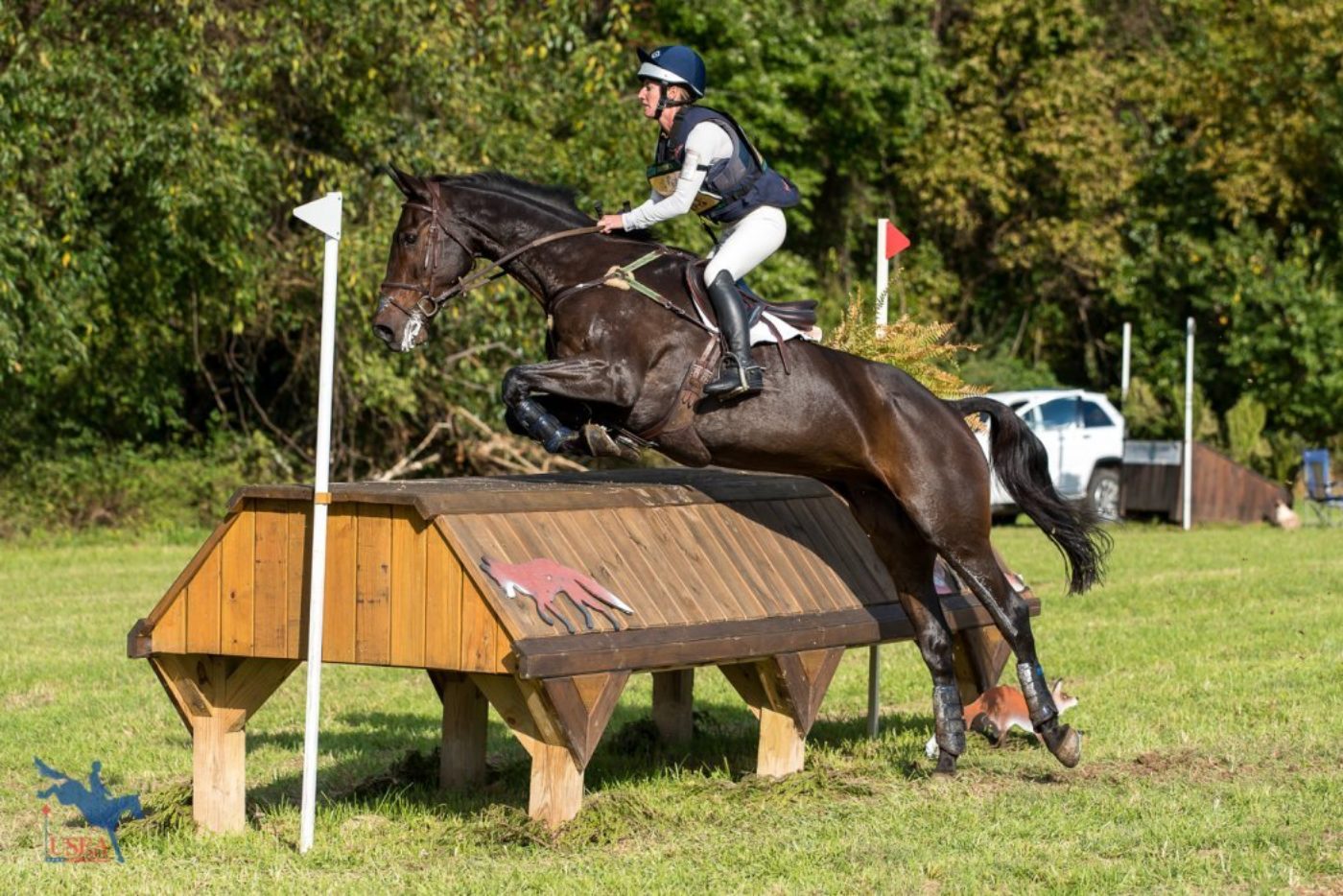 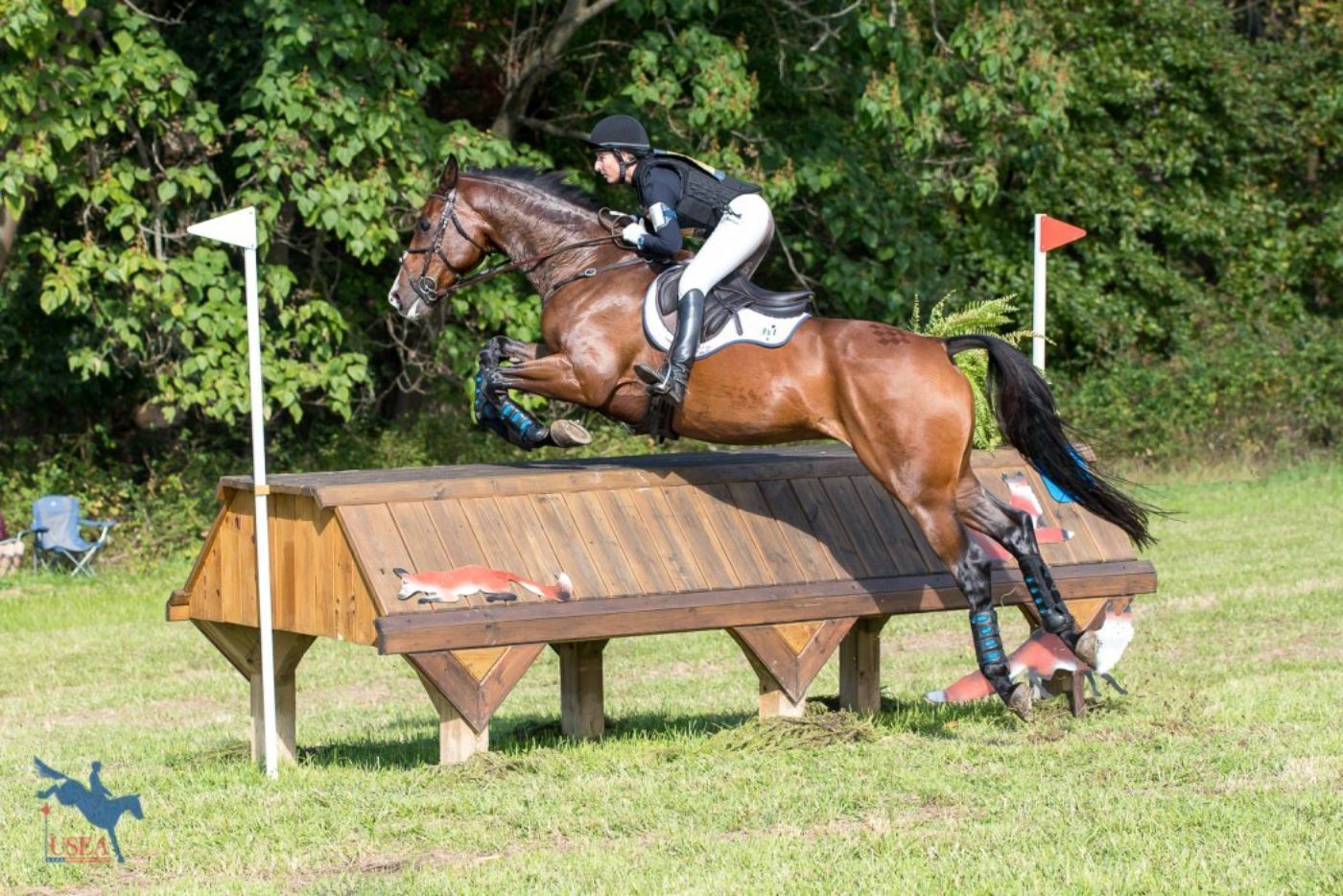 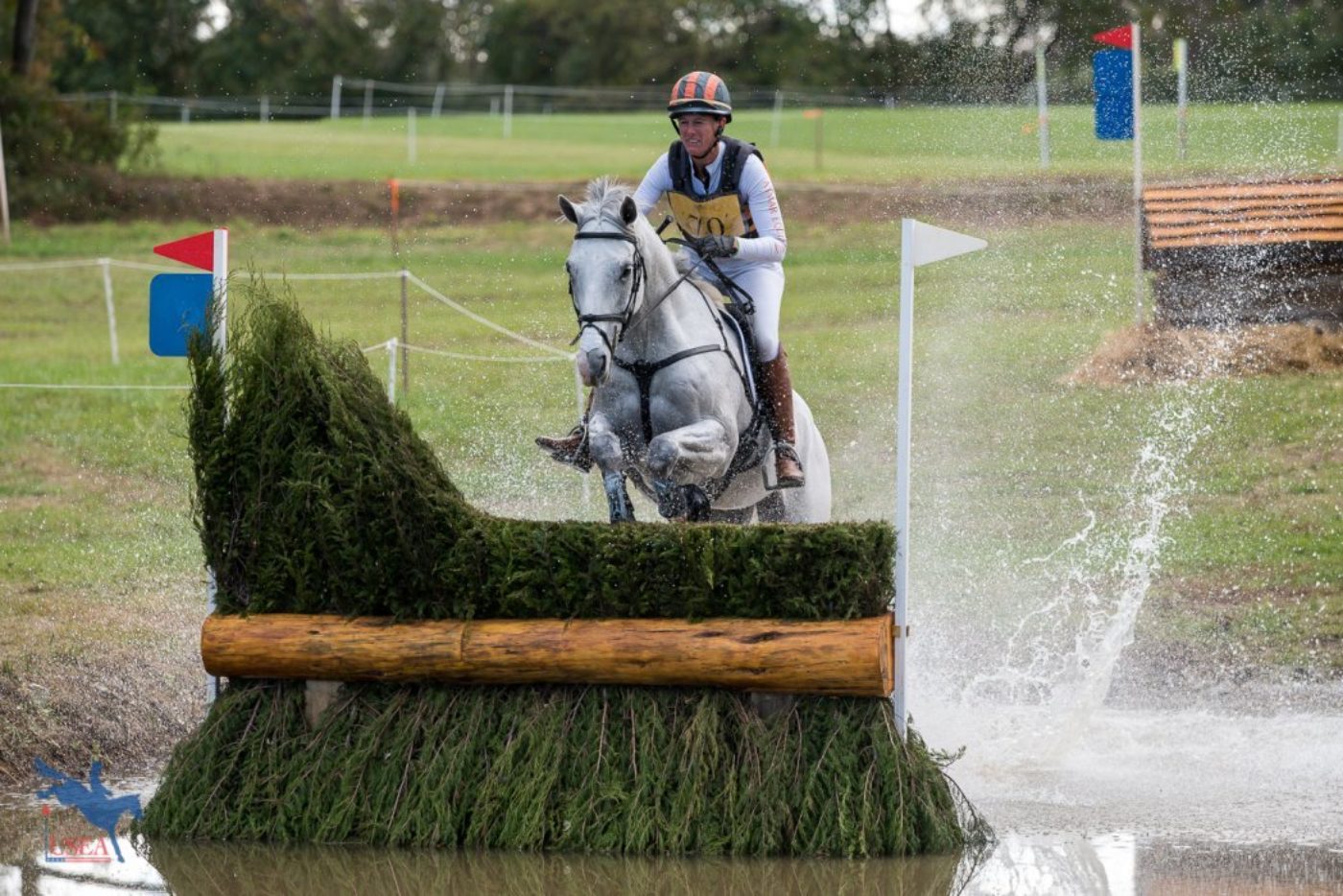 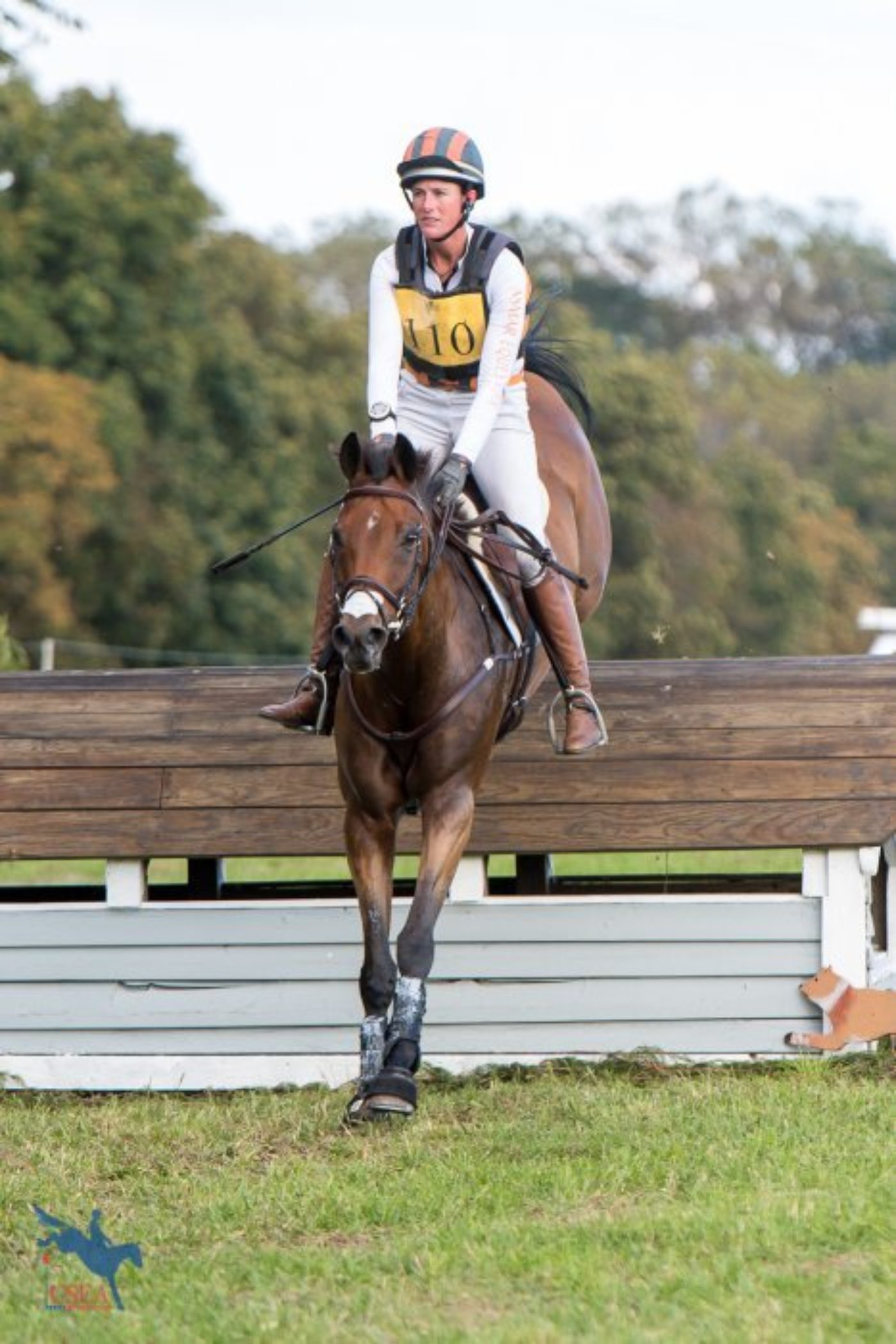 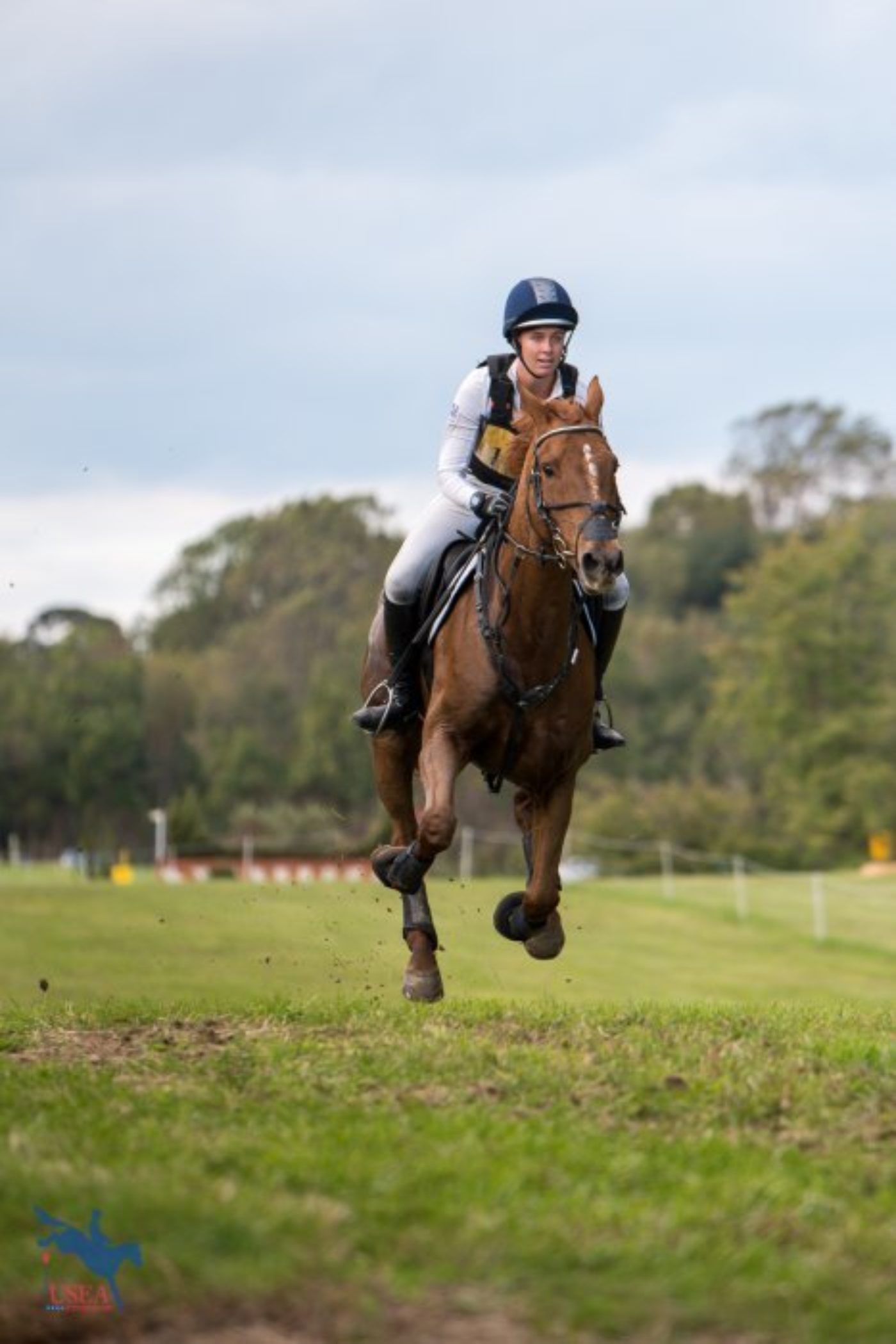 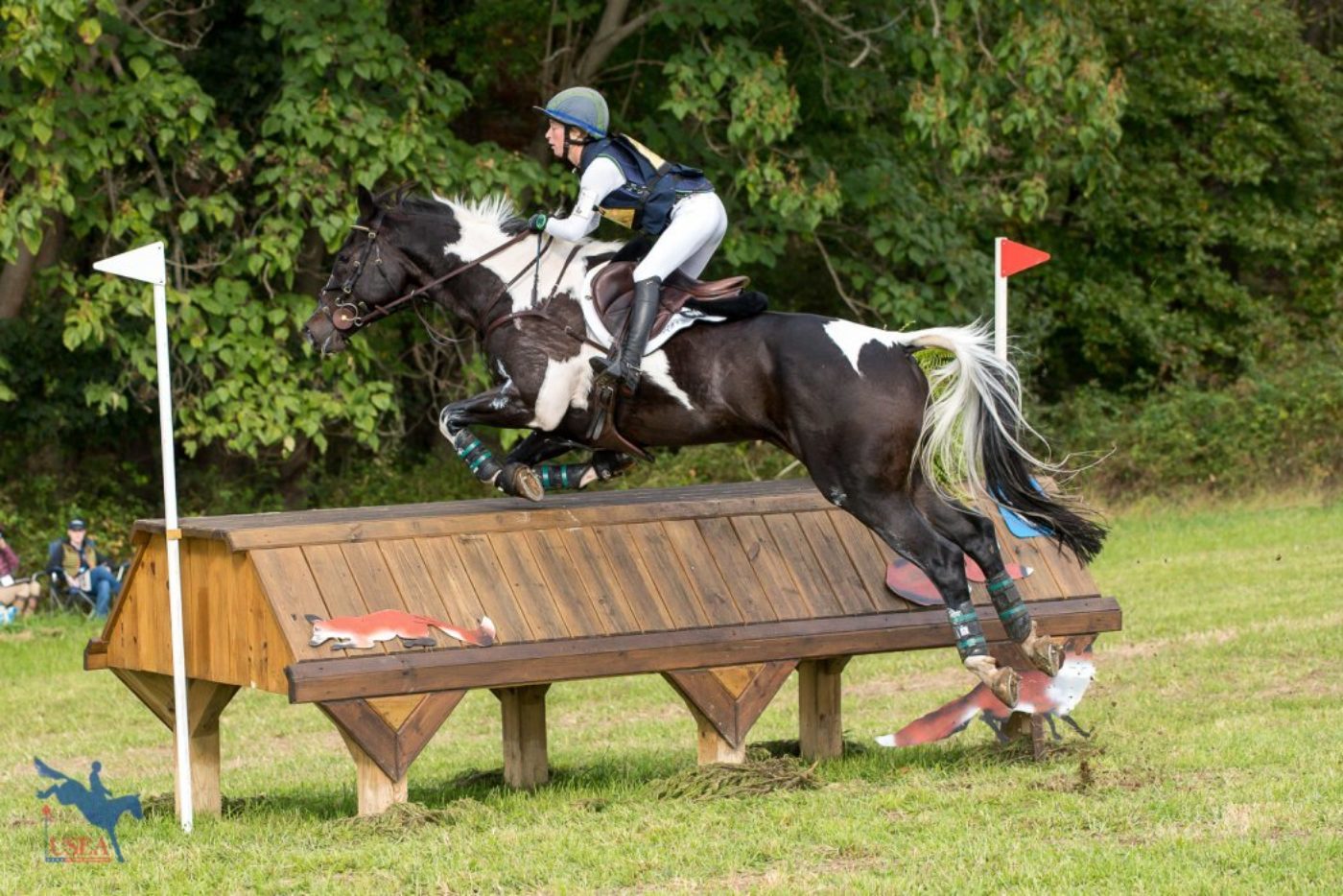 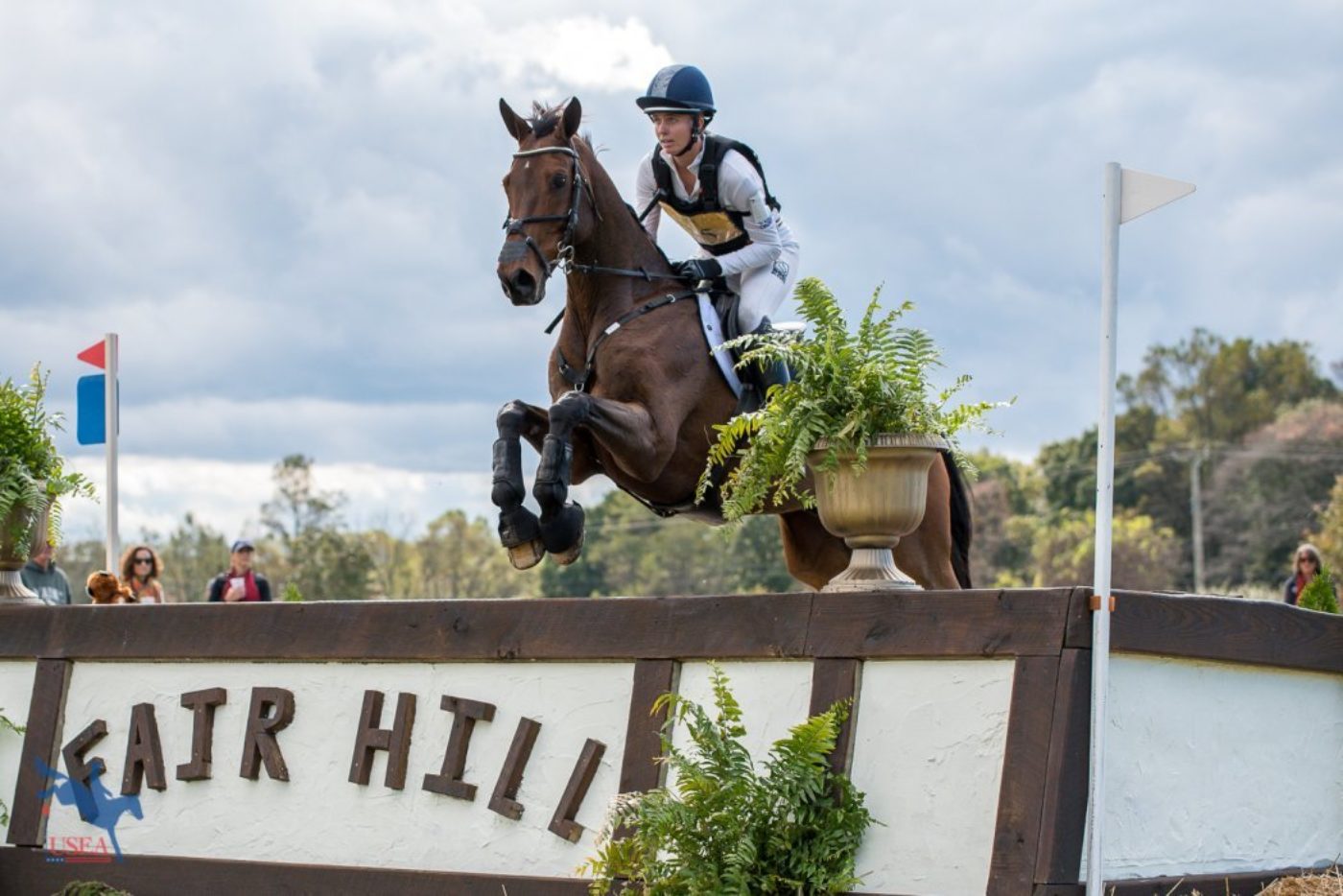 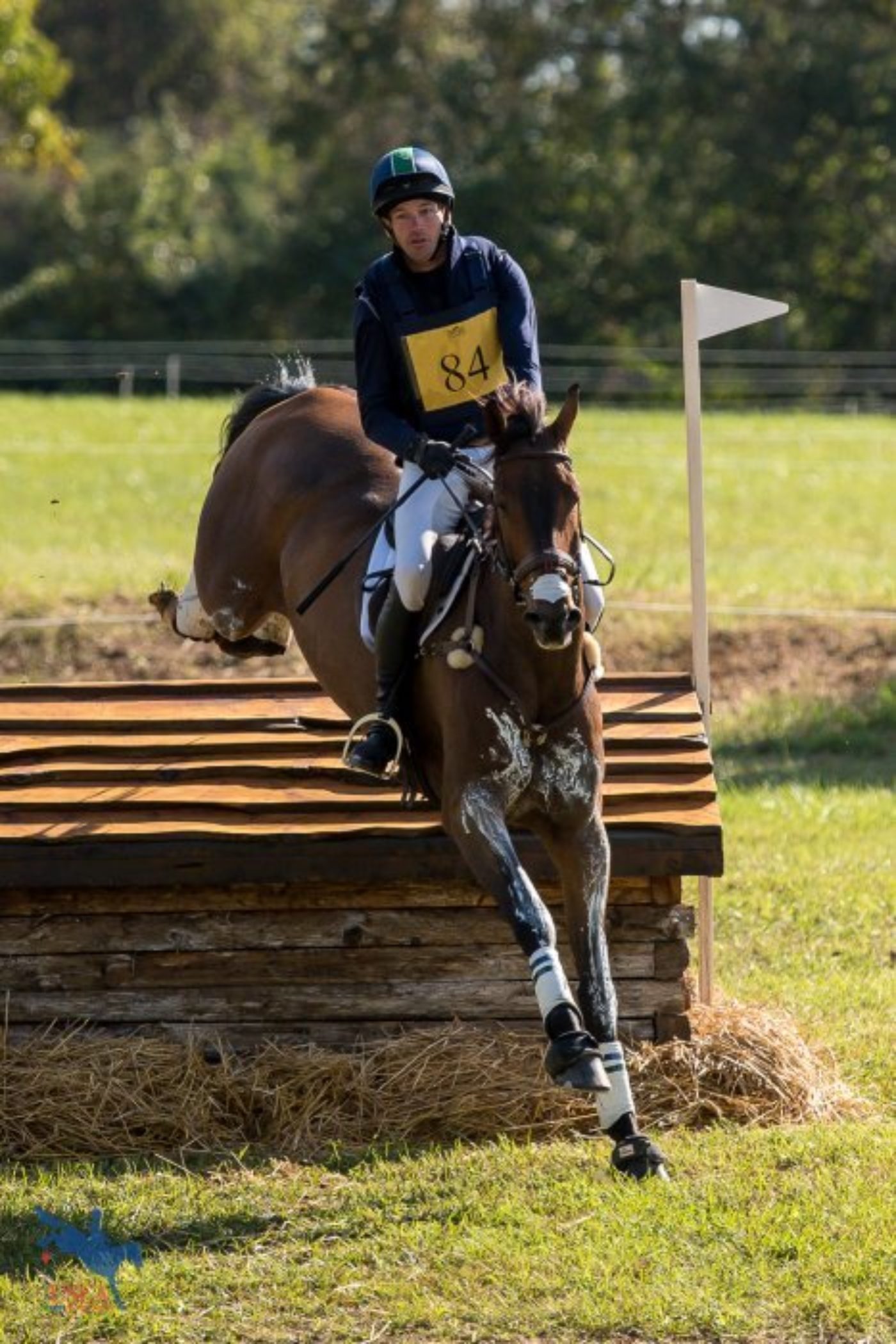 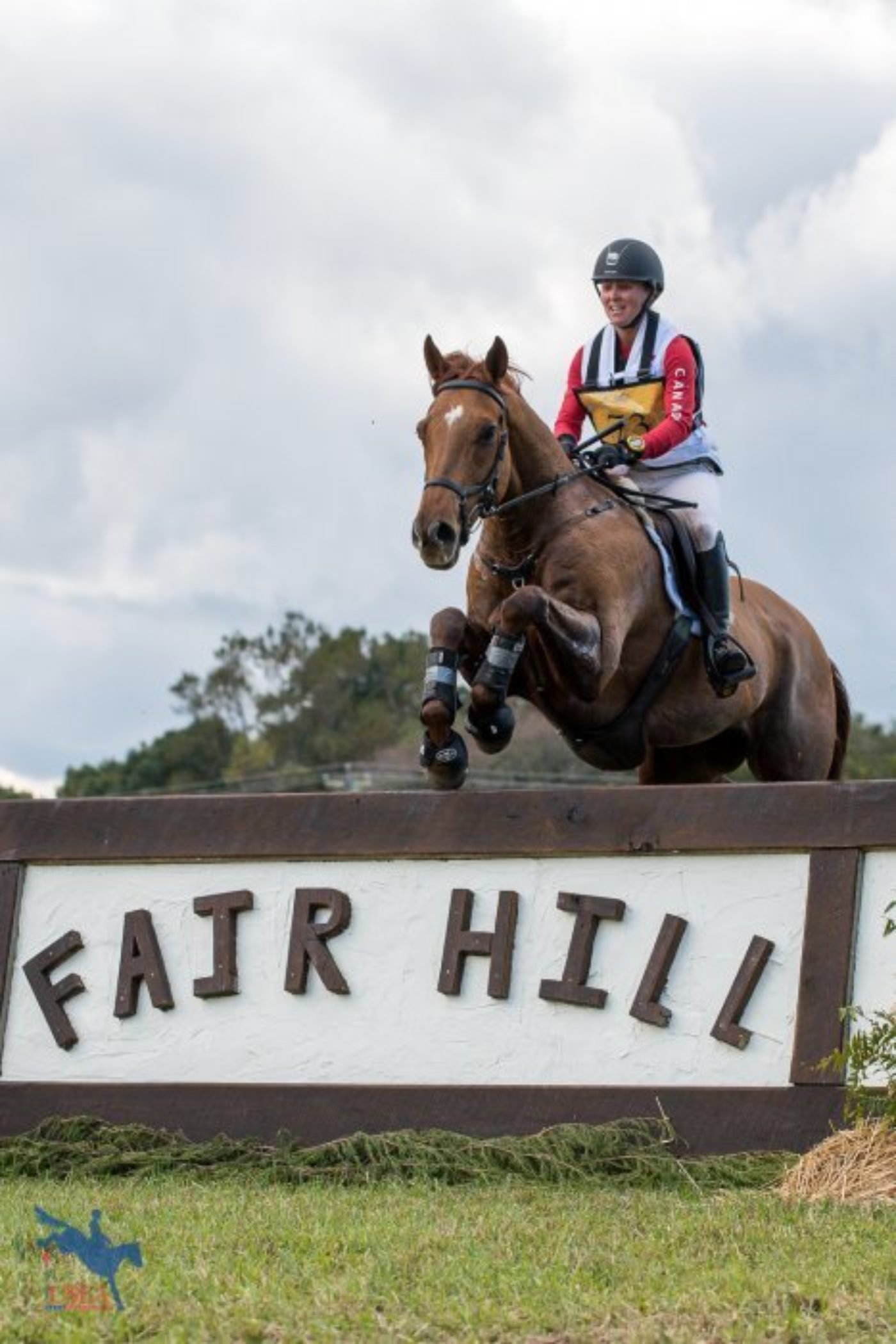 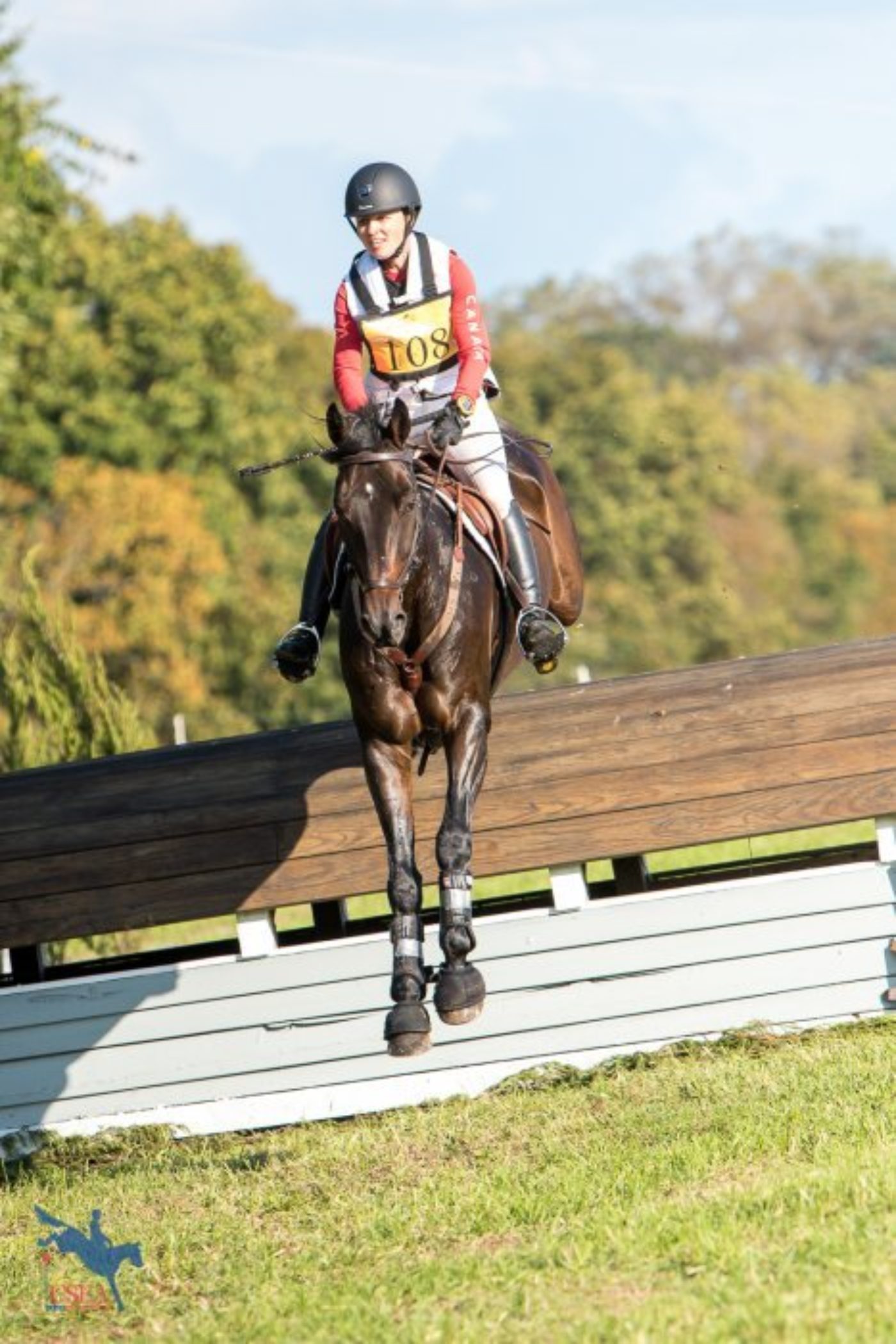 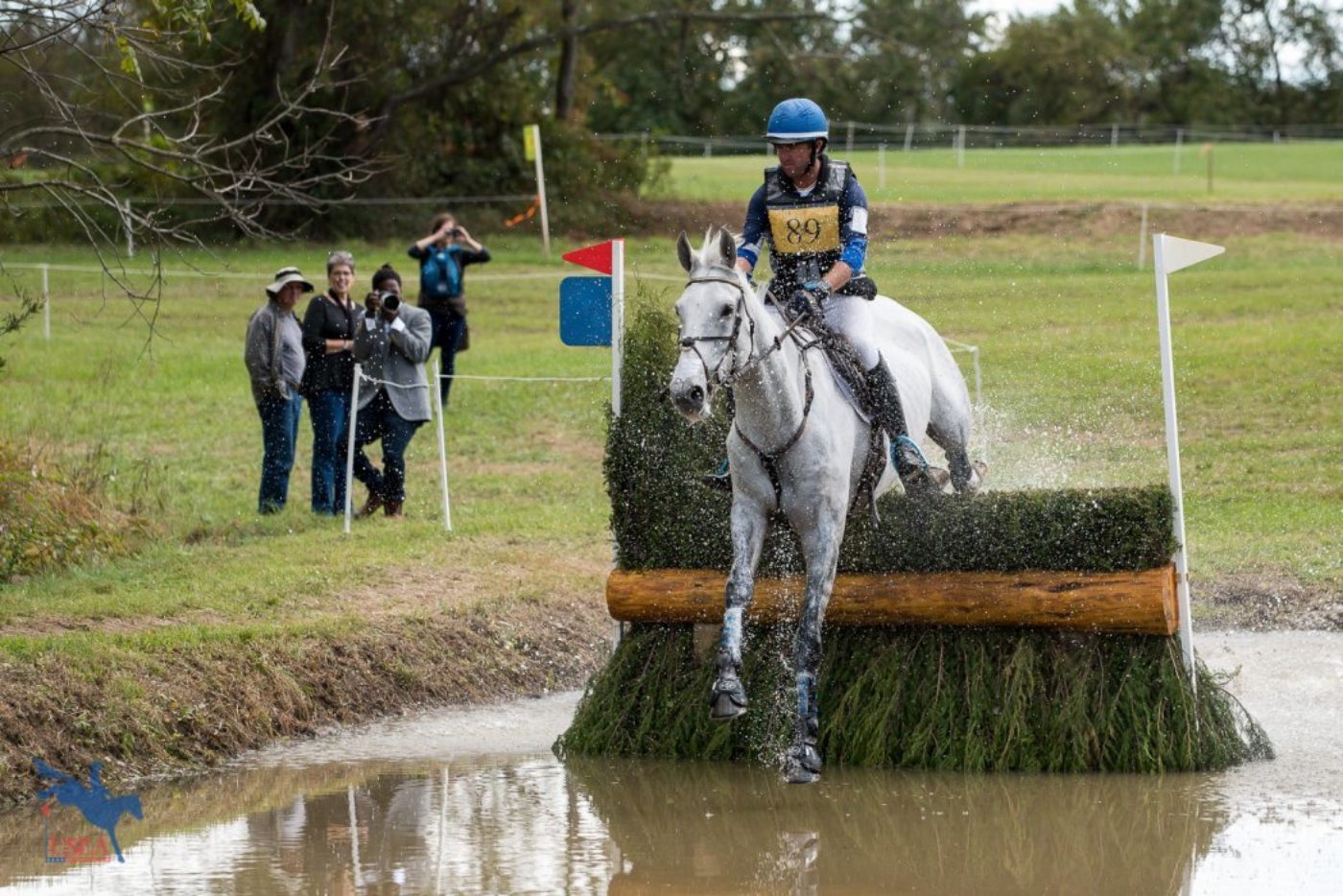 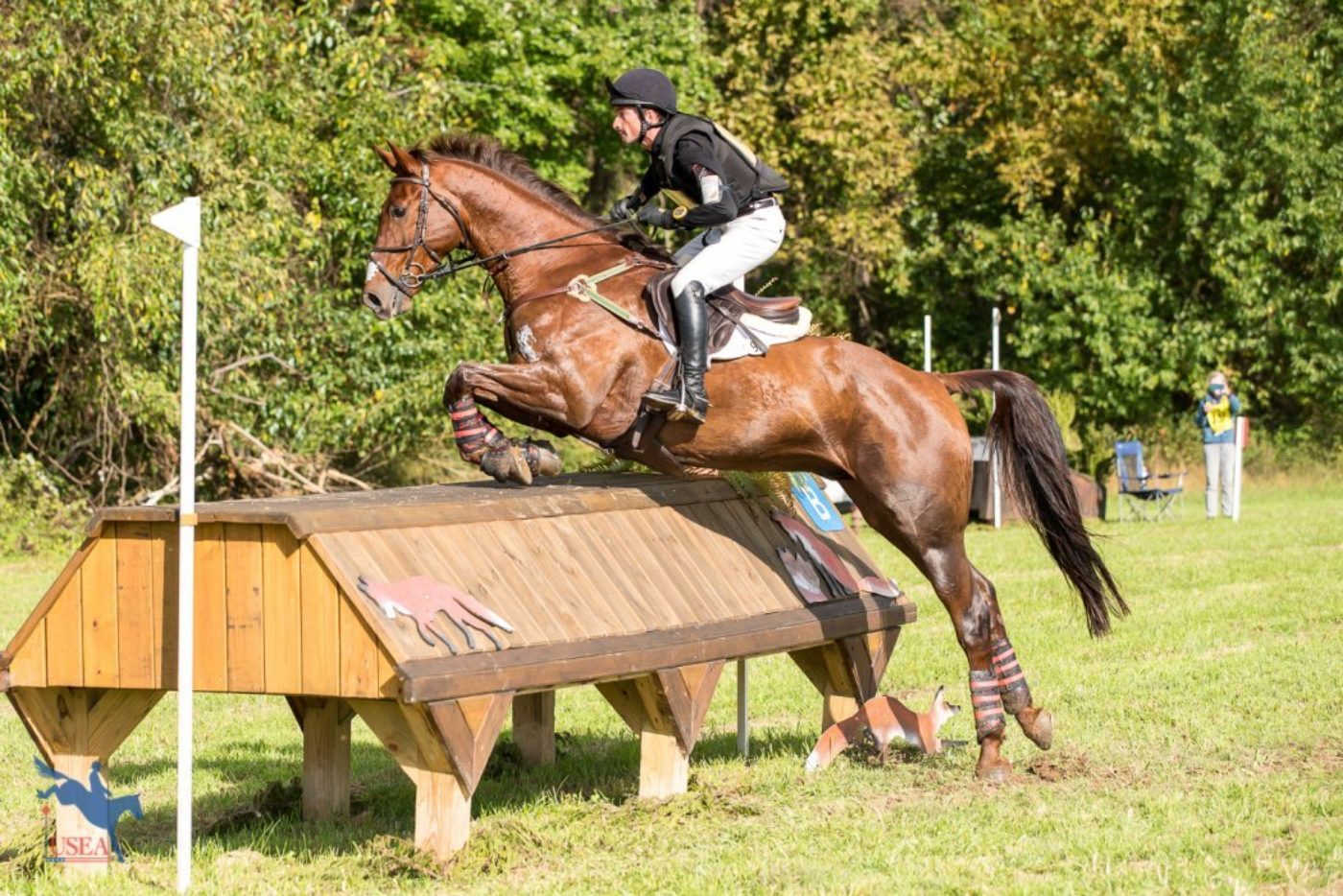 What you should know for the 2021 USEA Adult Team Championships Get Qualified: The Dutta Corp. USEA YEH Championships Are Approaching For IEL Team Wilmerding Equestrian, It’s All About the Journey - And Celebrating Success Along the Way The 2021 AEC is Two Months Away: Prizes, Parties, and More! Seven Teams Compete in the Area IV IEL Team Challenge at FRVPC H.T. Catch Up With the Current 2021 USEA 6 and 7-Year-Old National Leaderboards Through the Lens: 2021 USEA Intercollegiate Eventing Championships The Memories of Steeplechase from USEA Classic Series Competitors The Race to Le Lion: Who is Eligible for the Holekamp/Turner Grant? Kahl and Bletzacker Welcome USEA Classic Series Wins at 2021 IEA Horse Trial
Show More
Jul 25, 2021 Profile

Tokyo Talk with the Grooms of Team USA

We know a lot about the athletes representing the USA on our Tokyo team, but what about those essential people, the grooms? Catherine Austen finds out more about Courtney Carson, Emma Ford, Bridget London, and Steph Simpson in this edition of Tokyo Talk.

Jennifer Brannigan Takes the Lead in the CCI4*-L

Cross-country day for the FEI competitors at Rebecca Farm resulted in big changes in the top three standings in the 4* divisions. The current top three riders in the CCI4*-Long all put in double-clear rounds to maintain their dressage scores from the first day of competition.

The FEI competition at Rebecca Farm continued today with the CCI3*-Long, CCI4*- Short, and CCI4*- Long dressage. With scores ranging from the mid-20s to the low 30s, the standings in all divisions are tightly packed.