FOR IMMEDIATE RELEASE: A new set of champions were crowned today at the 2021 USEA Future Event Horse (FEH) Central Championships at Haras Hacienda in Magnolia, Texas. Judged by Lori Hoos and Katie Rocco, the Central Championships saw a total of 21 horses ranging from yearlings to 4-year-olds. “Today was a wonderful day. The venue at Haras [Hacienda] is so elegant, and it’s a pleasure to be here. The horses were well-mannered, and well presented,” said Hoos. Rocco added, “I agree that this was a phenomenal experience, and what a fabulous place to host this, it was wonderful. There is true sincerity of people caring about this program here.”

The first division to go was the Yearling Championship which consisted of five entries, one filly and four colts. Out of the five, it was Audrea Dyer’s Thoroughbred Colt, At Close Range (Saketini x Bodacious Barb) who earned a final score of 78.75 to win the Overall Yearling Championship title.

Dyer is no stranger to making the 14-hour drive from her home in Florida to come to Texas to compete in the FEH Central Championships. She was the owner, breeder, and handler of the 2019 Overall Central Yearling Champion, a Thoroughbred colt, At the Moment (Saketini x Shezagreatgal). “They look nearly identical,” said Dyer when describing At the Moment and At Close Range. “They go out in the field together, and [At the Moment] adores his little brother. They are very similar in type. This colt has maybe more leg then At the Moment, but they are both by my stallion, Saketini.”

“There were some fabulous horses out there today and it’s really exciting to see the direction that U.S. breeding is going but, I do feel like it’s important to keep the Thoroughbred blood in our sport. I don’t want people to overlook full Thoroughbreds because they can be just as competitive as long as you pick the right individuals, and you have a smart plan for your breeding direction.”

It was Starstruck Vini Vici (Vindication S x Girosalah), an Oldenburg gelding who was the Overall 2-year-old Champion, and with a final score of 83.30, he also earned the highest score of the day. Owner and breeder, Nikki Litrell of Campbell, Texas shared the thought put into the 2-year-old Champion’s breeding. “I own his dam, Girosolah, she was owned by a friend of mine who passed away tragically. I was planning on keeping her for a while, and I had no plans to breed her at first, but I was able to get her bloodwork figured out and registered,” said Littrell. “I first bred his half sibling, Starstruck Legacy, and then the following year, I entered [Girosolah] in a raffle to win a breeding to Vindication S and got the breeding for $25. Vindication S is owned by Silver Creek Stables, but he stands at Avalon Equine.”

“I plan on bringing [Starsturck Vini Vici] back next year for the 3-year-old Championships. I’m hoping to then take him through the [USEA] Young Event Horse program and maybe one day he’ll be my upper-level event horse,” said a smiling Littrell.

Finishing on a score of 77.38, the Overall 2-year-old Reserve Champion was Gatsby’s Touch of Chrome (Gatsby x MFF Touch of Dutch) owned by Amy Clemmons.

After her home was hit by a tornado, Alayna Joseph took a year off of riding and decided to breed her eventing mare, Plane Jane. Plane Jane’s foal, Fly By, a now 3-year-old Holsteiner filly who is sired by Lotus T was named the 3-year-old Central Champion with a final score of 82.99. “I had purchased the semen to breed my mare [Plane Jane] and I thought it was an undoubtedly good idea because she has such a solid brain, and she’s so athletic.” said Alayna Joseph, owner of both Fly By and Fly By’s mother, Plane Jane. “[Plane Jane] was actually a Craigslist find, and I didn’t expect to event her at all until she started jumping jumps in the pasture on her own.”

“Ironically, [Fly By] was born on Good Friday, and I wasn’t expecting her. She actually ran up to me in the pasture in the dark at 6:00 a.m. and was like ‘Hi I’m here!’ and I just started bawling. She was so beautiful. I couldn’t have been more impressed.”

Fly By, known as Ara around the barn is “super sweet,” said Joseph. “She wants to know everybody, she’s the first one that comes up to my husband every day. At the qualifier, someone asked us if we were going to sell her, and my husband immediately answered no. She’s just a ham, she loves everybody. This was definitely a unique experience for her, and we’ve learned so much.”

“She loves to have a job, and each day she gets better and better. She travels a lot, she’s great to have at the barn. She’s a sweet girl.” Vello continued, “I’ll do her first event, Beginner Novice, at Holly Hill H.T. in two weeks and then take her to Texas Rose.”

Based in Louisiana, Laura Vello has had Dues Paid (aka Sable) in her program for two months, since the first week of August. The Thoroughbred mare’s owner, Carol Stephens has been traveling abroad to cheer on her other horses that she owns, QC Diamantaire and Commando D Osthuy who are both ridden by Sydney Conley Elliott. “She is a super woman,” said Vello of Stephens. 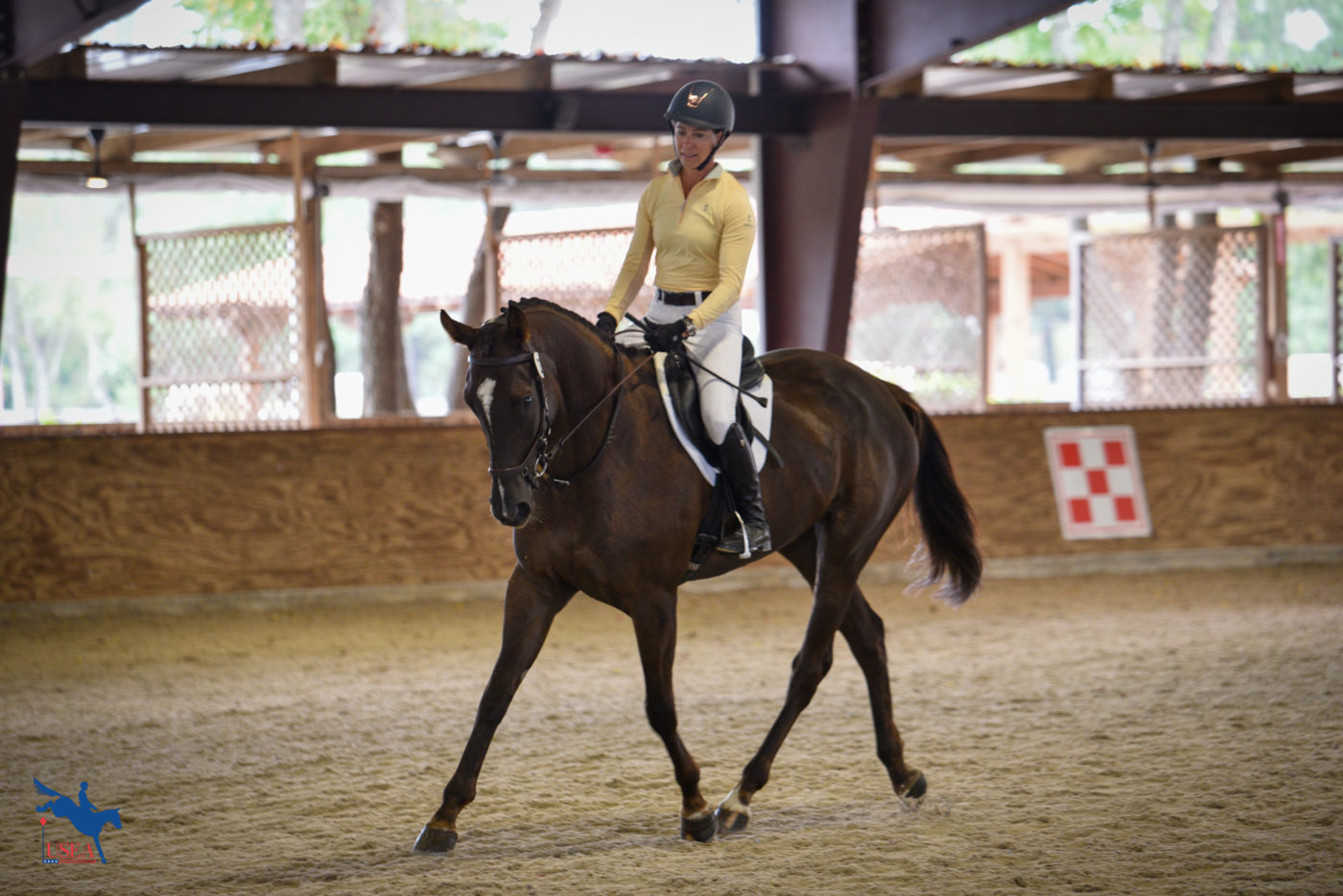 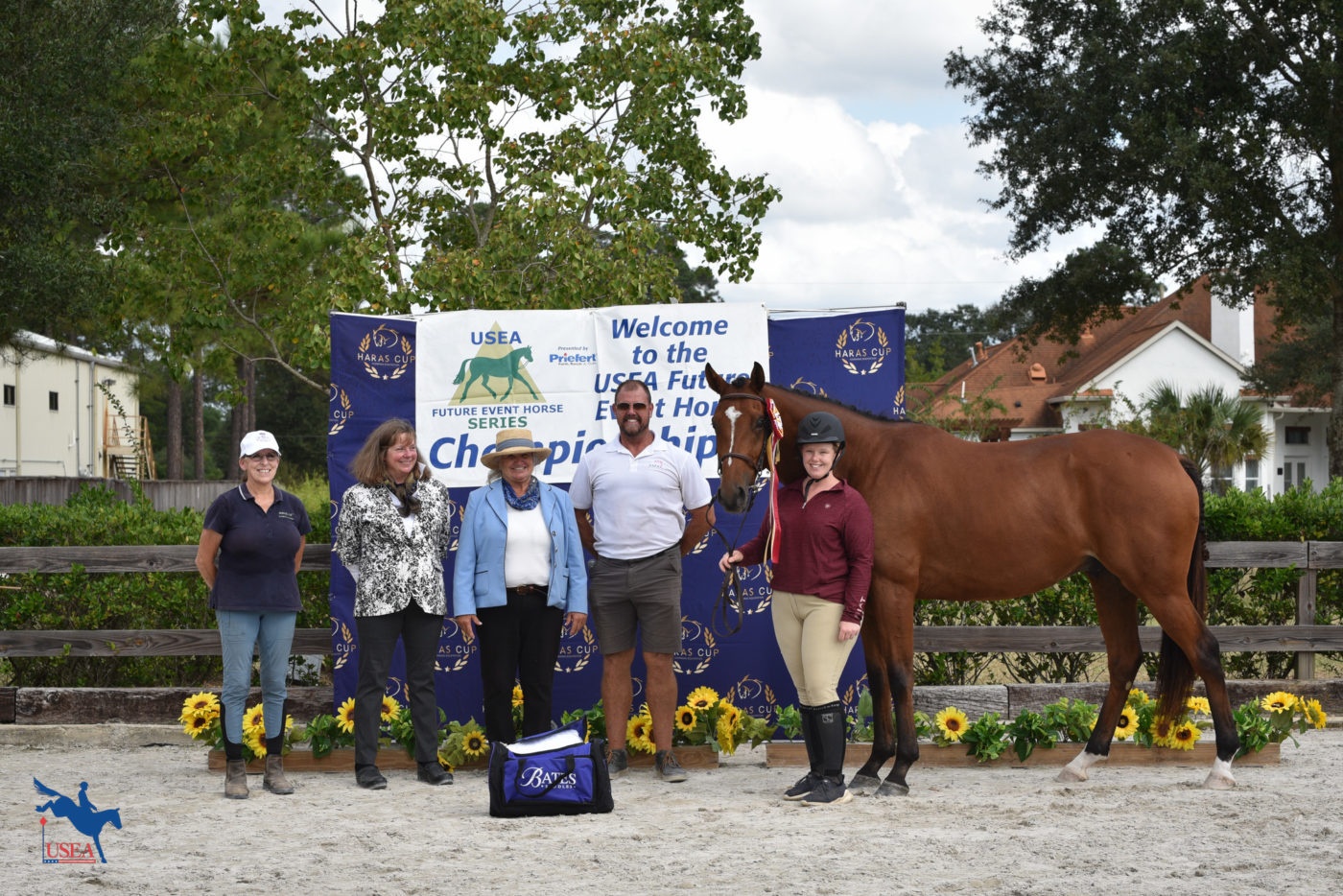 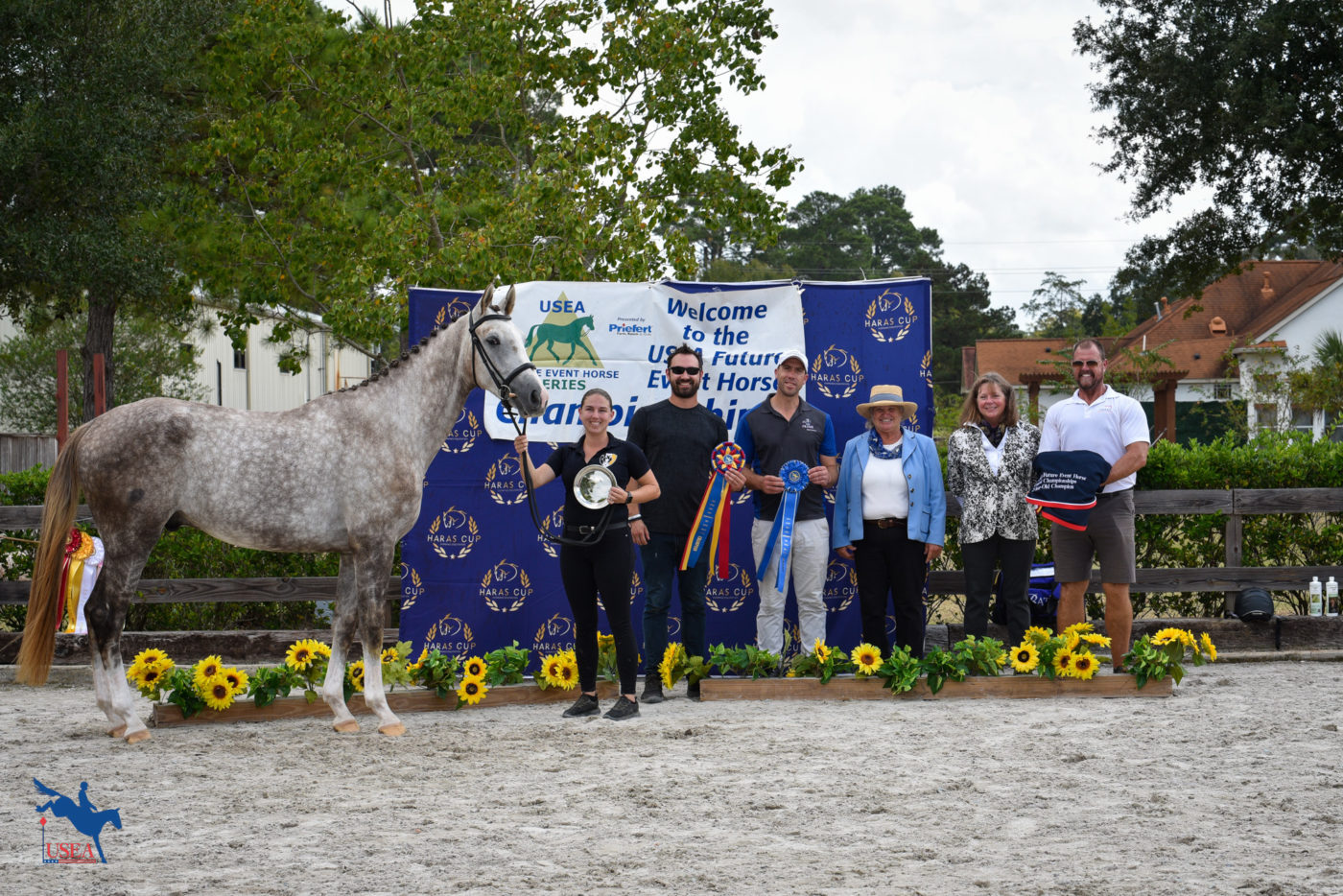 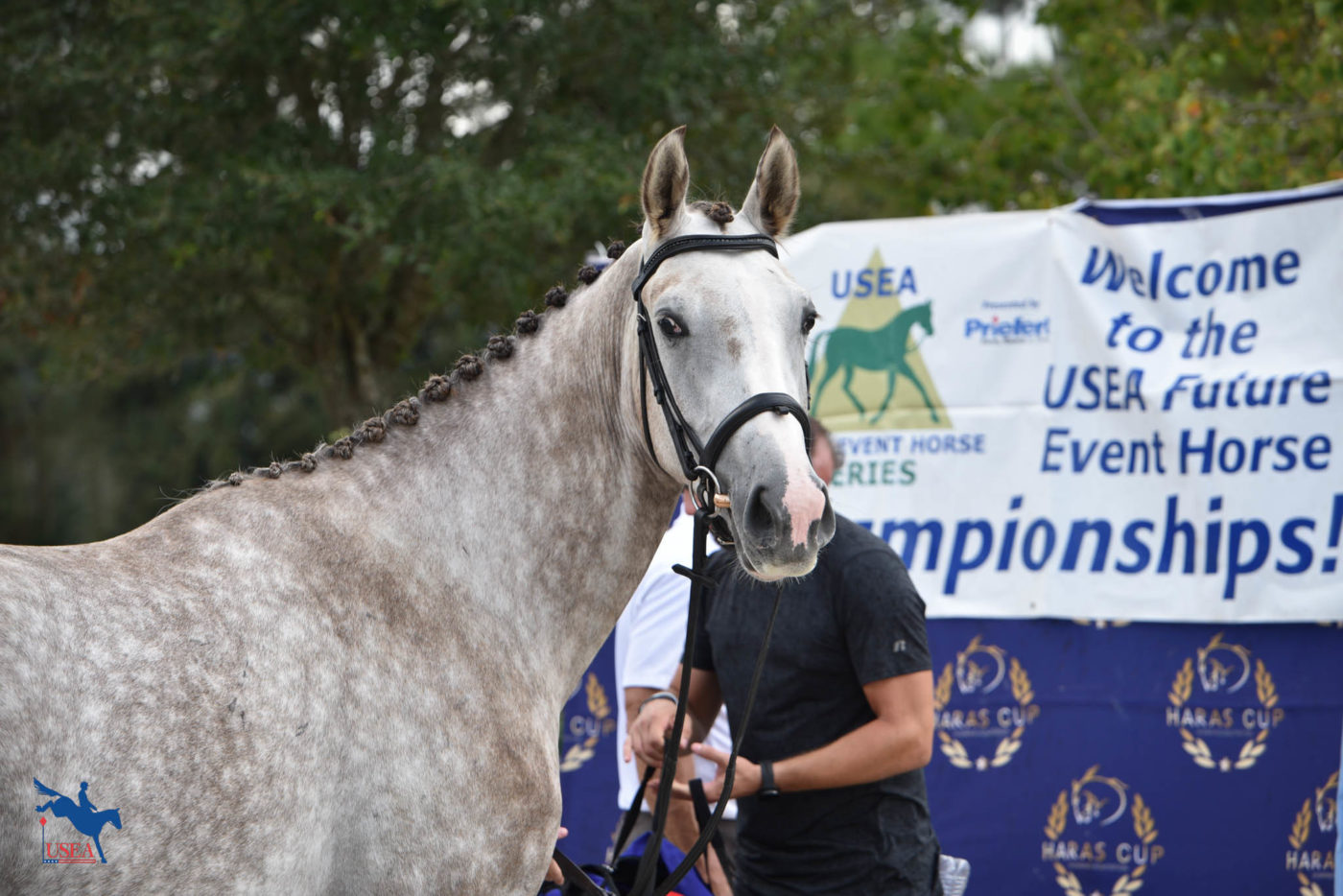 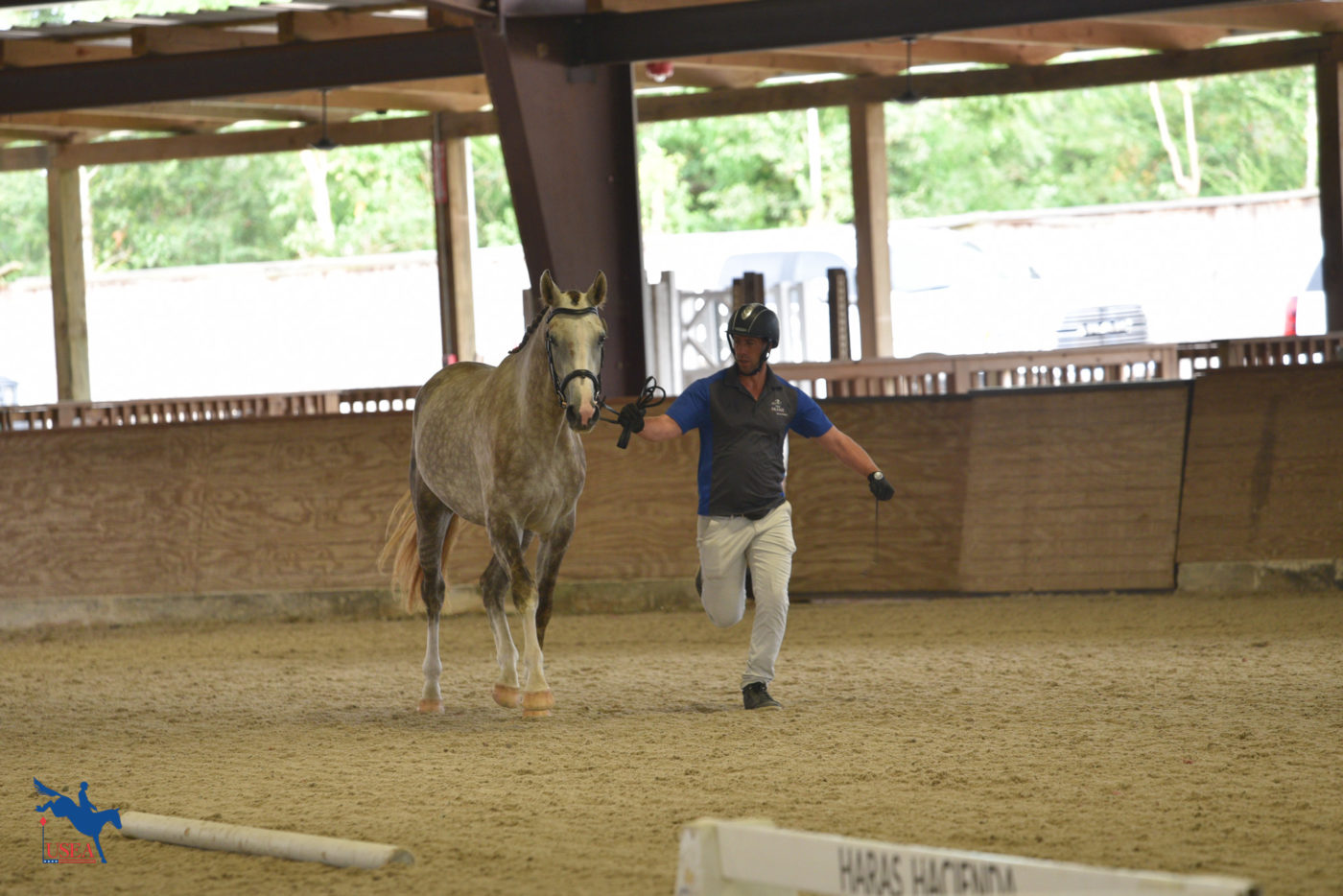 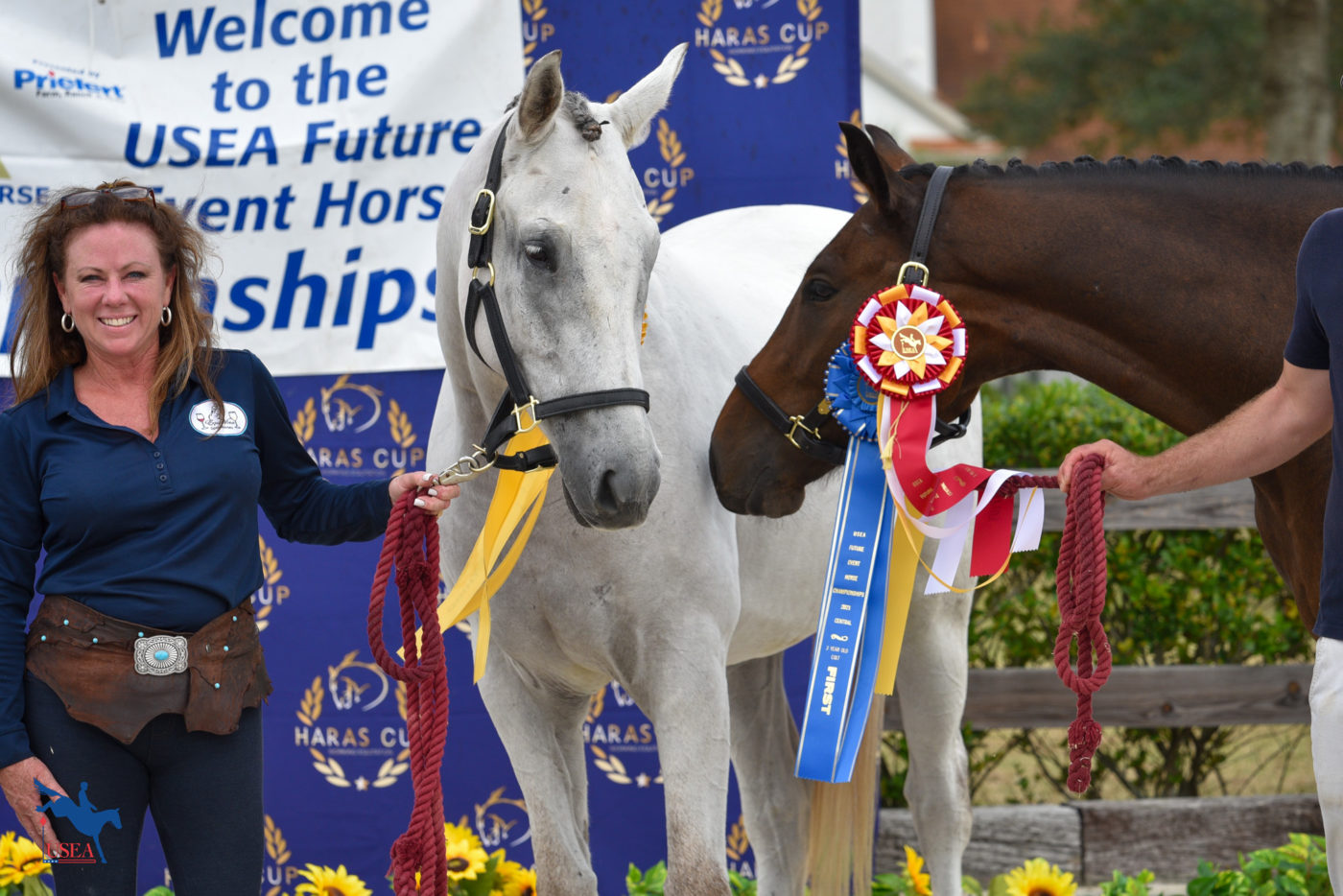 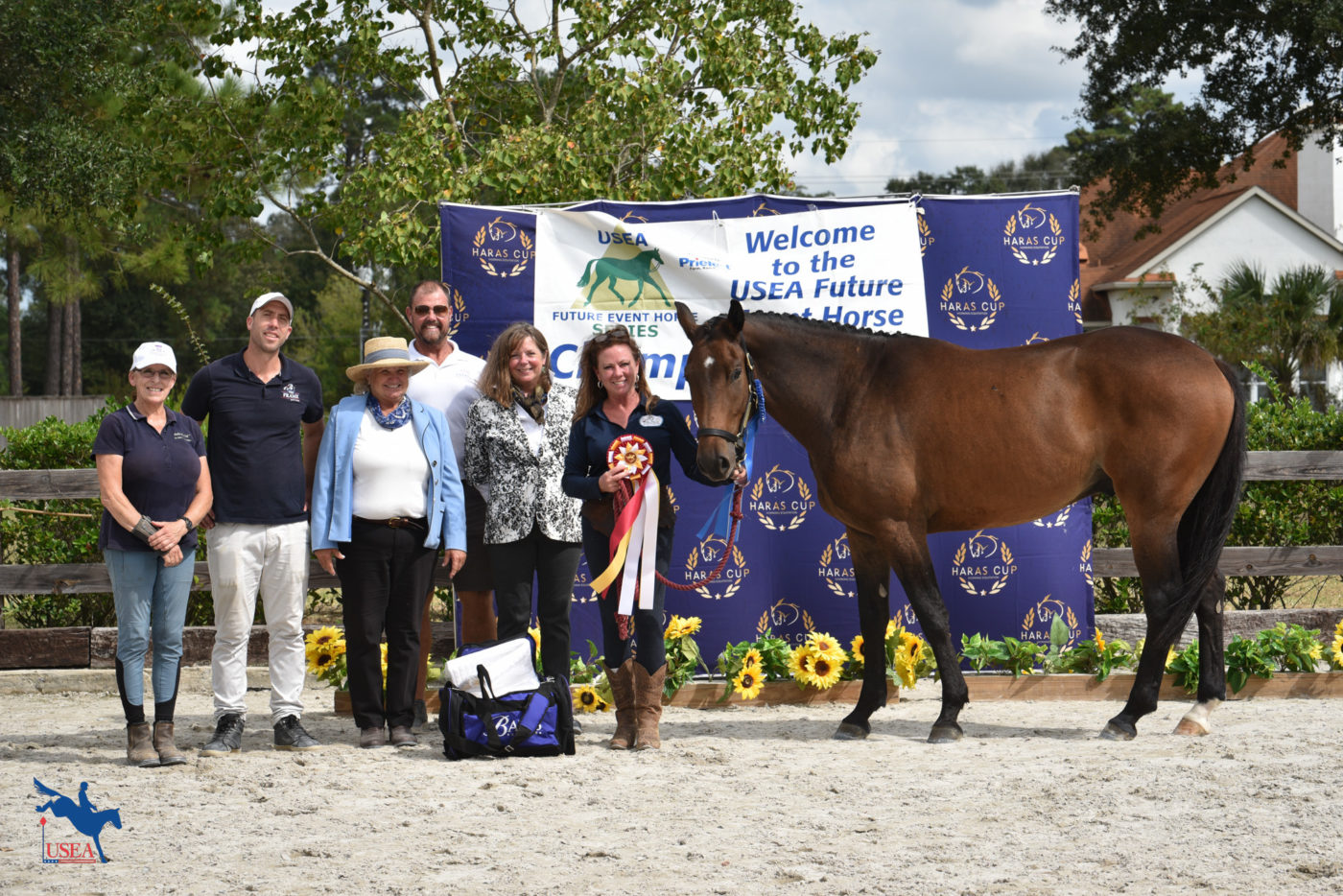 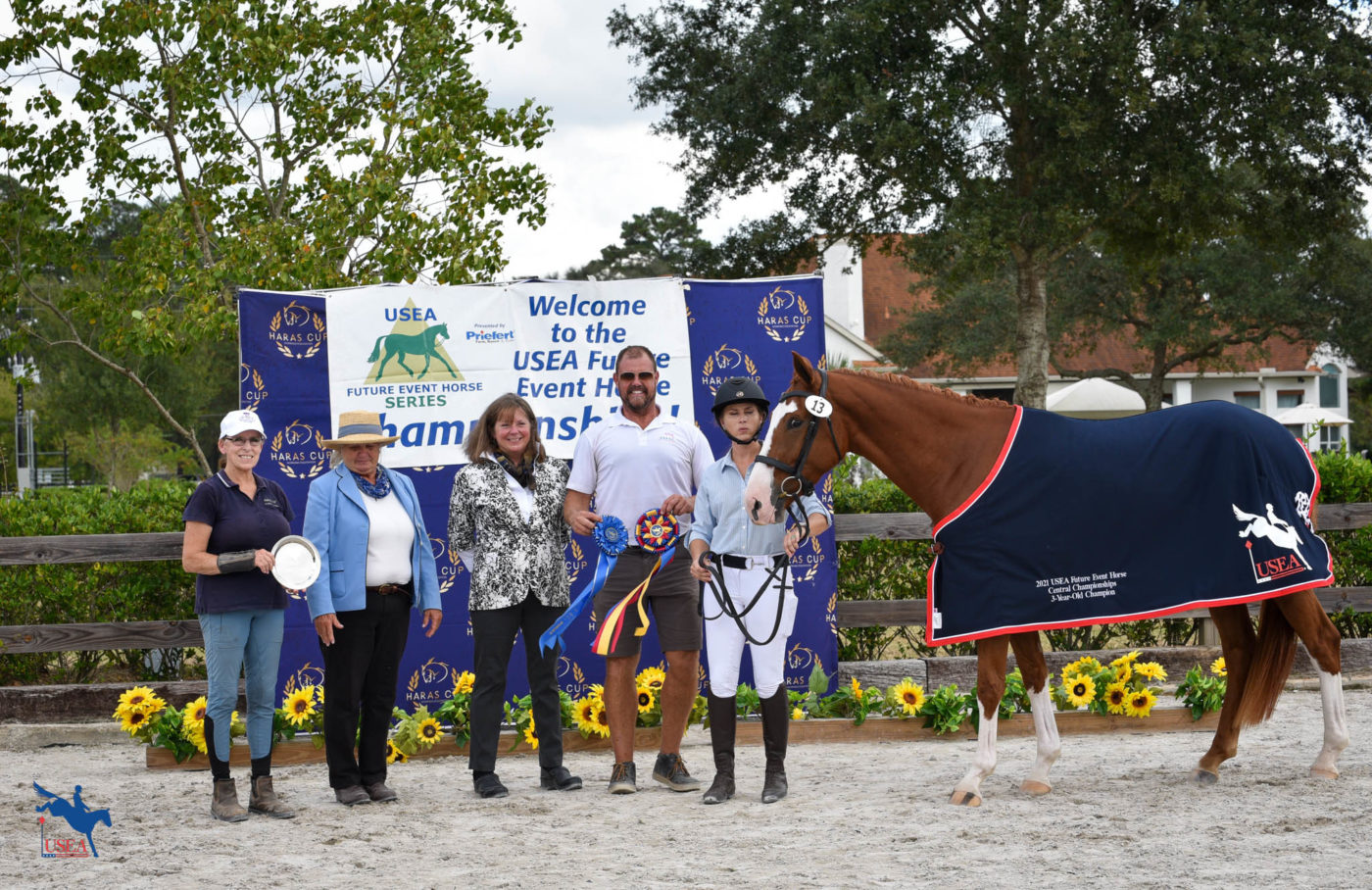 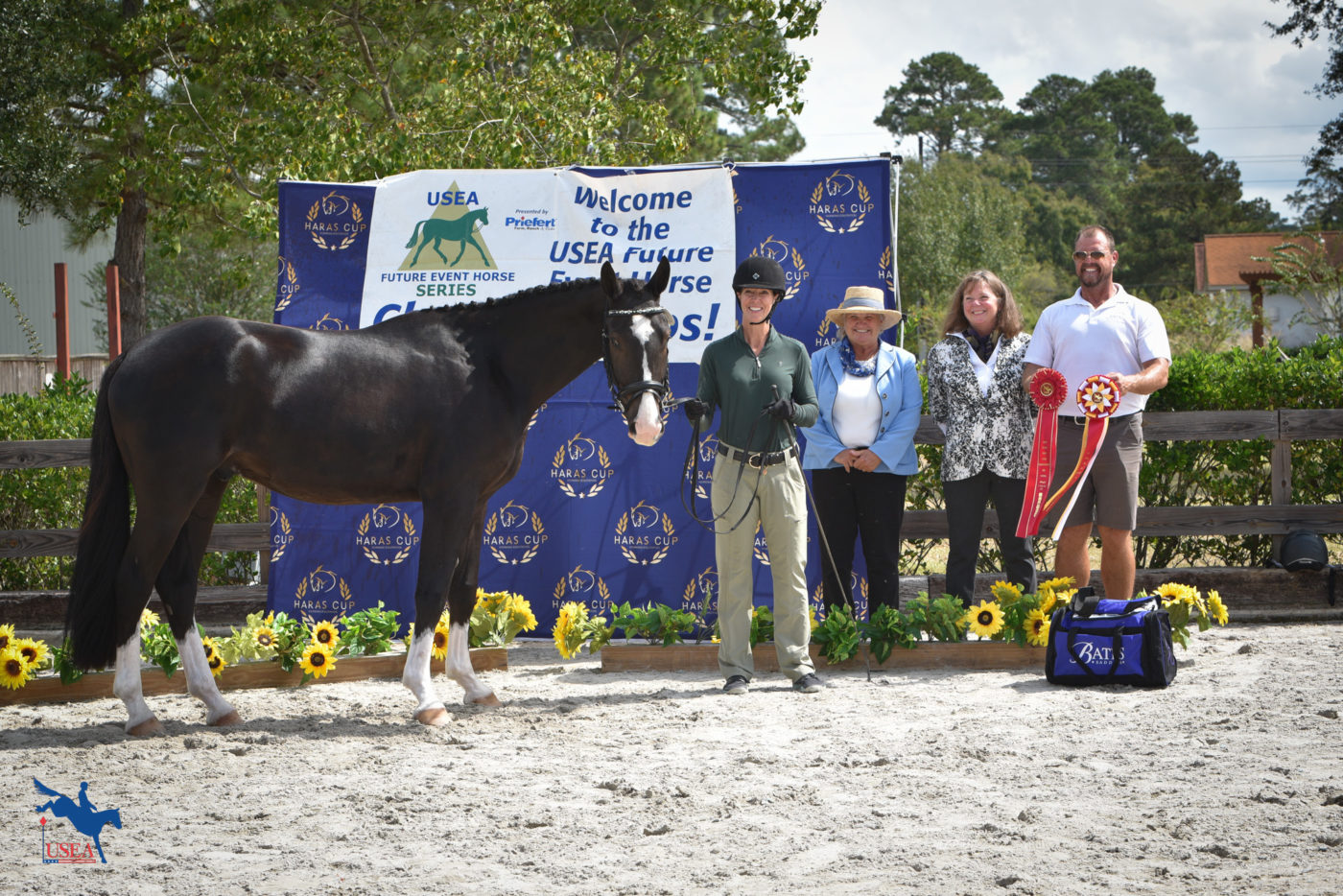