The first day of autumn also ushered in the first day of the 2018 USEA Future Event Horse (FEH) East Coast Championship at Loch Moy Farm in Adamstown, Md. Six 4-year-olds and 17 3-year-olds strutted their stuff today, while the yearlings and 2-year-olds have their chance to take to the triangle tomorrow.

Owned by Lauren Welsh, the 3-year-old Oldenburg gelding (Sagnol x Arista GS) was handled by Martin Douzant to the win. Welsh purchased Solo Hit from his breeders, Red Gate Sporthorses in February of this year. “I got Solo for a Valentine’s Day present. He looked like a big gangly yearling in February. I actually bought him off a video sight-unseen,” said Welsh. “There were three or four canter strides and I thought ‘I want to ride that canter,’ so I bought him.”

Solo is already started under saddle and Welsh said, “He is so balanced and soft. He is fantastic.”

“I really I couldn’t have done this without the help of Tanya Davis at Three-Day Farm in Midway, Ky.,” continued Welsh. “It was her idea to bring him here. She is really into developing horses and she has a really good team there. Abby Blackburn, her assistant, does a really good job helping me with him.”

Overall 3-Year-Old Reserve Champion also went to an Oldenburg gelding handled by Martin Douzant, Samwise TWF, who was just over a point of the Championship title on a 86.55. Samwise TWF (Sir Donnerhall II x Keepsake) is owned by Julia Poladsky and bred by Laureen Megan.

The top 3-year-old filly was Prismatic WE (Rabble Rouser x Report to Sloopy), a Thoroughbred cross owned by Kristin Carpenter, bred by Wits End Eventing and handled by Martin Douzant.

The 4-year-olds were split by gender and ridden under saddle at the walk, trot, and canter before being stripped of tack and judged on conformation. They then showed off their gallop and jump in the jump chute with the same format as the 3-year-olds, but higher fences.

Judge and FEH co-chair, Robin Walker, complimented the handling and preparation of the East Coast entries and even said he was "tempted to get out his checkbook!"

The USEA introduced the Future Event Horse (FEH) Program in 2007 as a pilot program in response to the popularity of the already established USEA Young Event Horse (YEH) Program. Where the YEH program assesses 4- and 5-year-old prospective event horses based on their performance, the FEH program evaluates yearlings, 2-year-olds, and 3-year-olds for their potential for the sport based on conformation and type. Horses are presented in hand and divisions are separated by year and gender. At the Championships, 3-year-olds are also required to demonstrate their potential over fences in an additional free-jump division. New in 2017 was the FEH 4-year-old division, designed for youngsters not quite ready for the rigors of the Young Event Horse program. These horses are presented under saddle at the walk, trot, and canter before being stripped of their tack and evaluated for their conformation. Additionally, 4-year-olds also participate in the free-jump divisions at Championships to show their potential over fences. Click here to learn more about the Future Event Horse Program.

The USEA would like to thank SmartPak, Standlee Hay Company, and Merck Animal Health for sponsoring the Future Event Horse Program and Loch Moy Farm for hosting the 2018 East Coast FEH Championships. 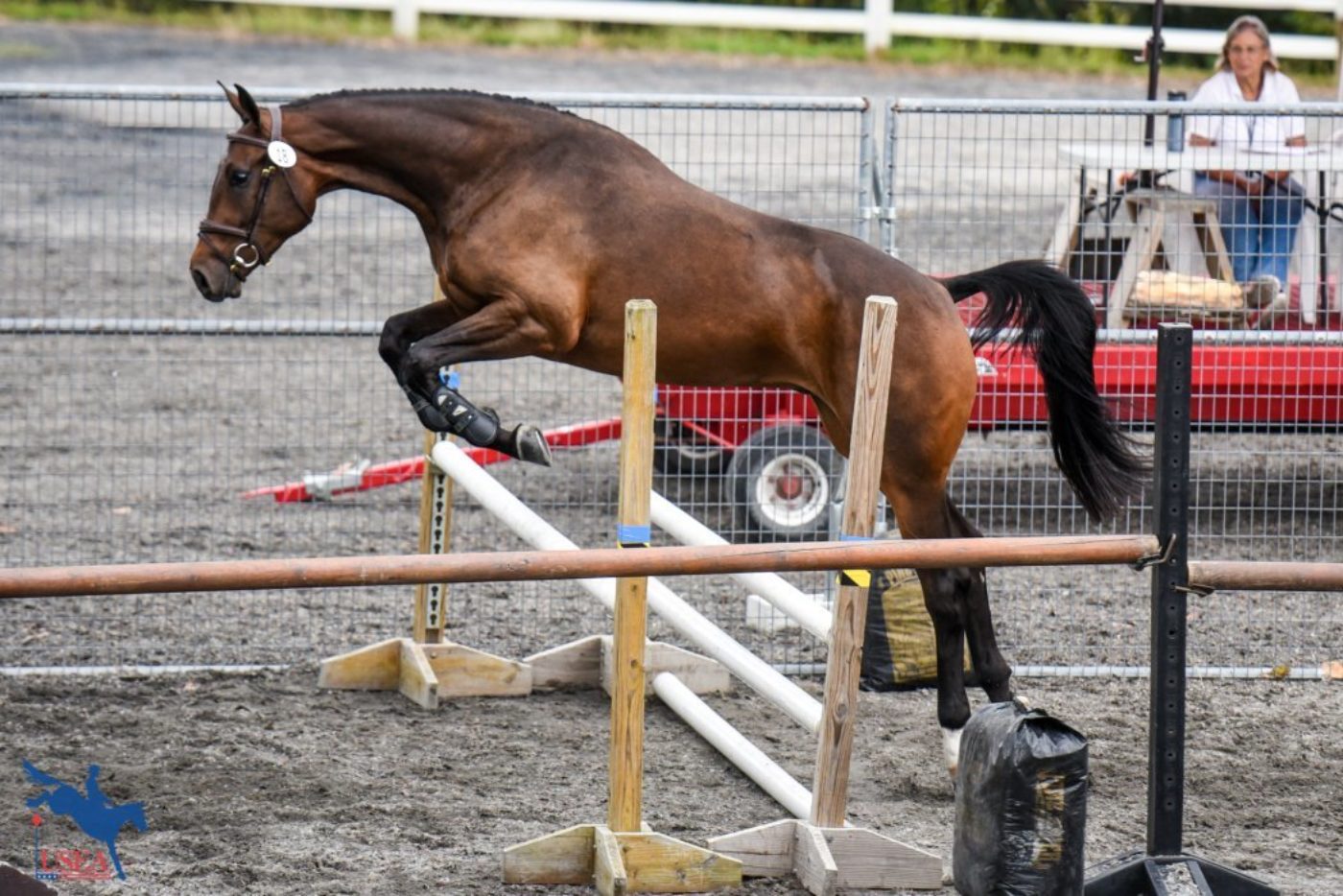 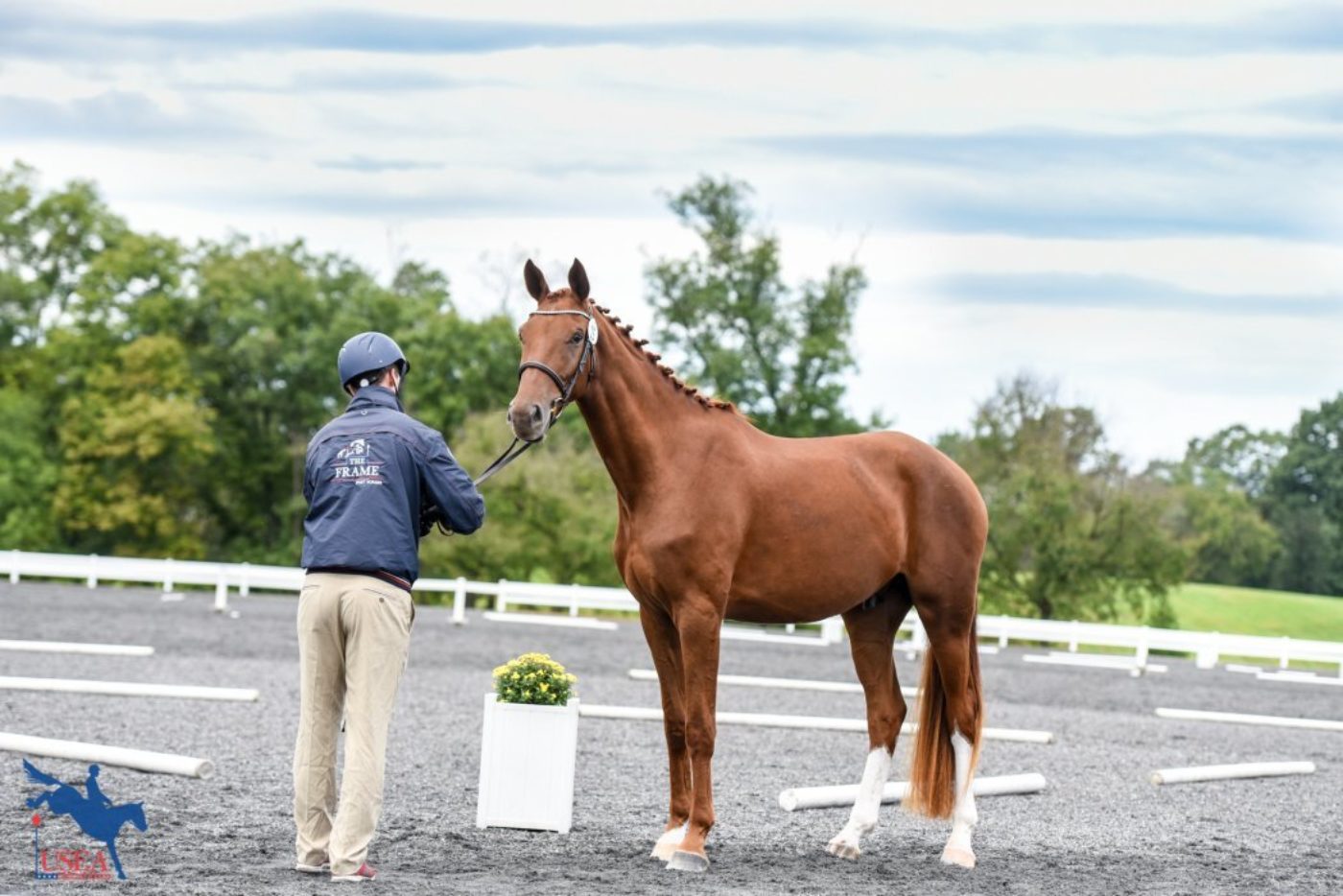 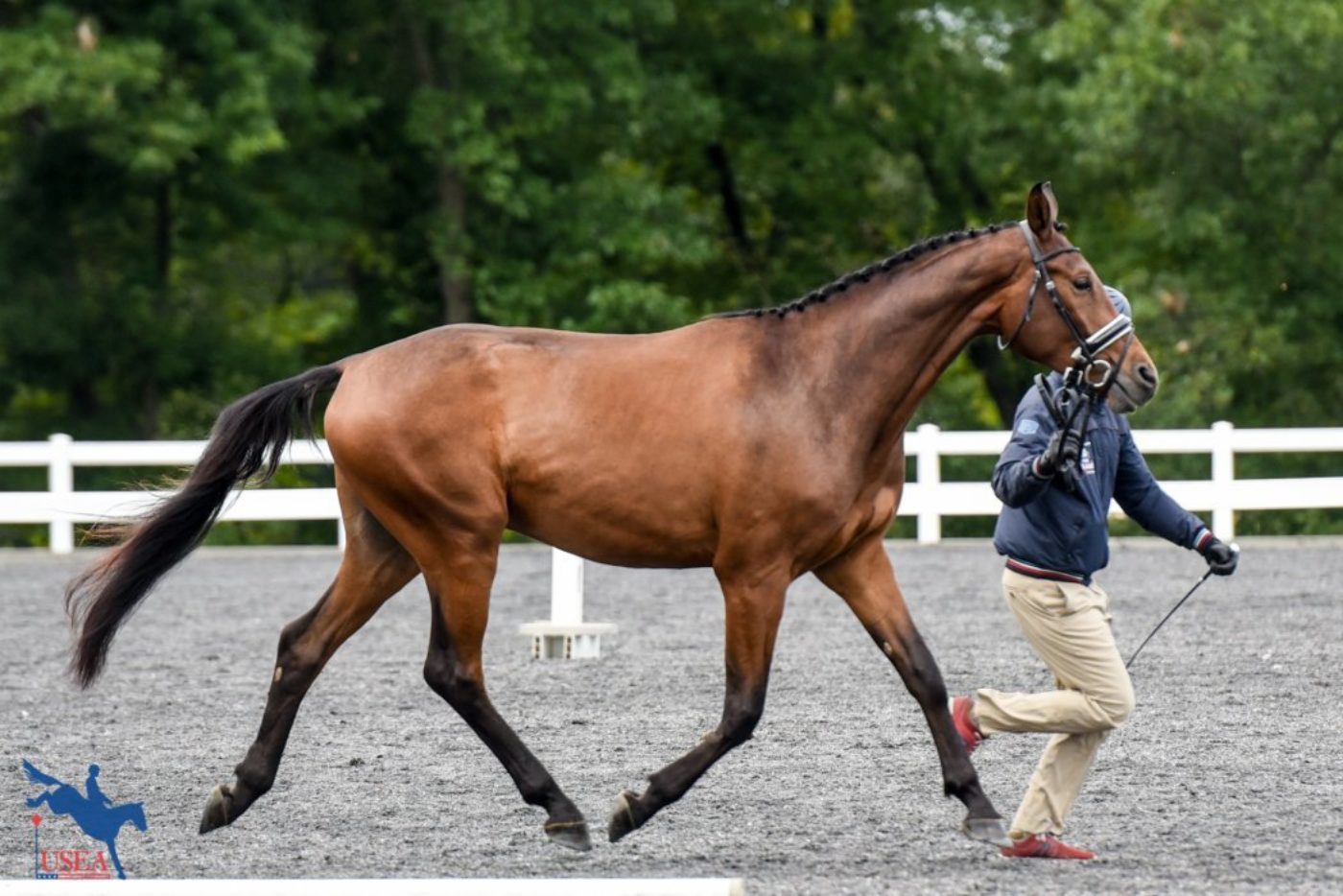 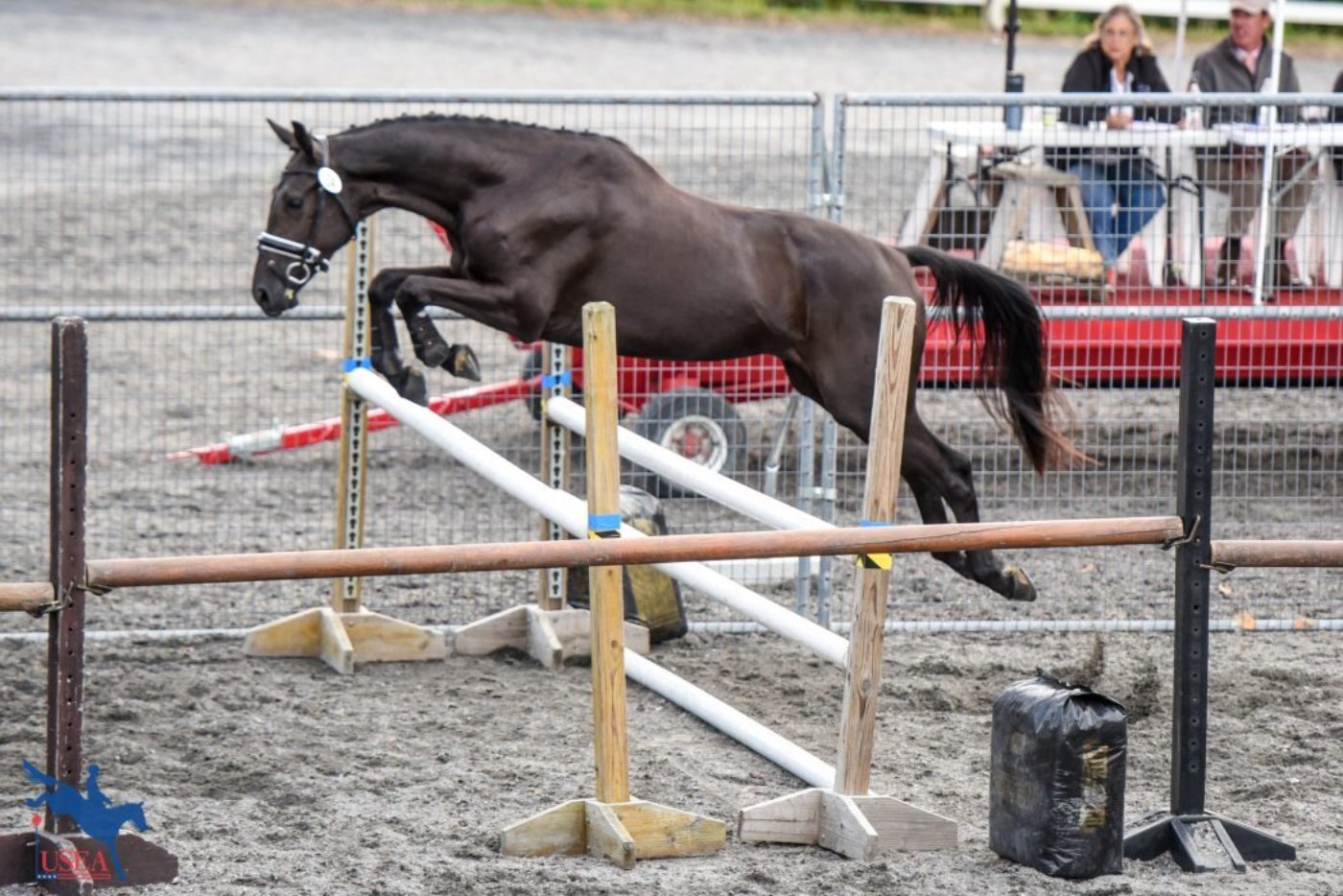 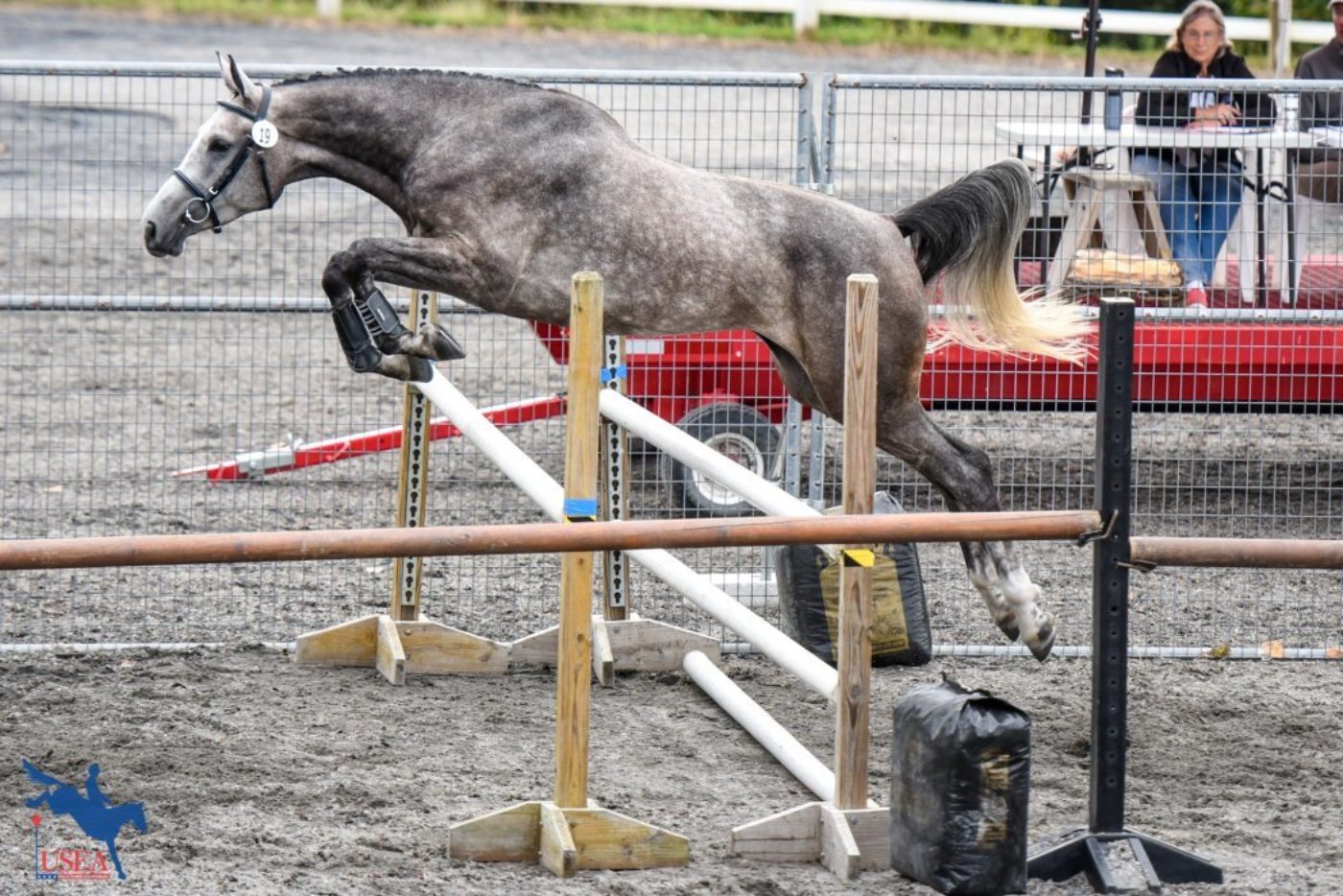 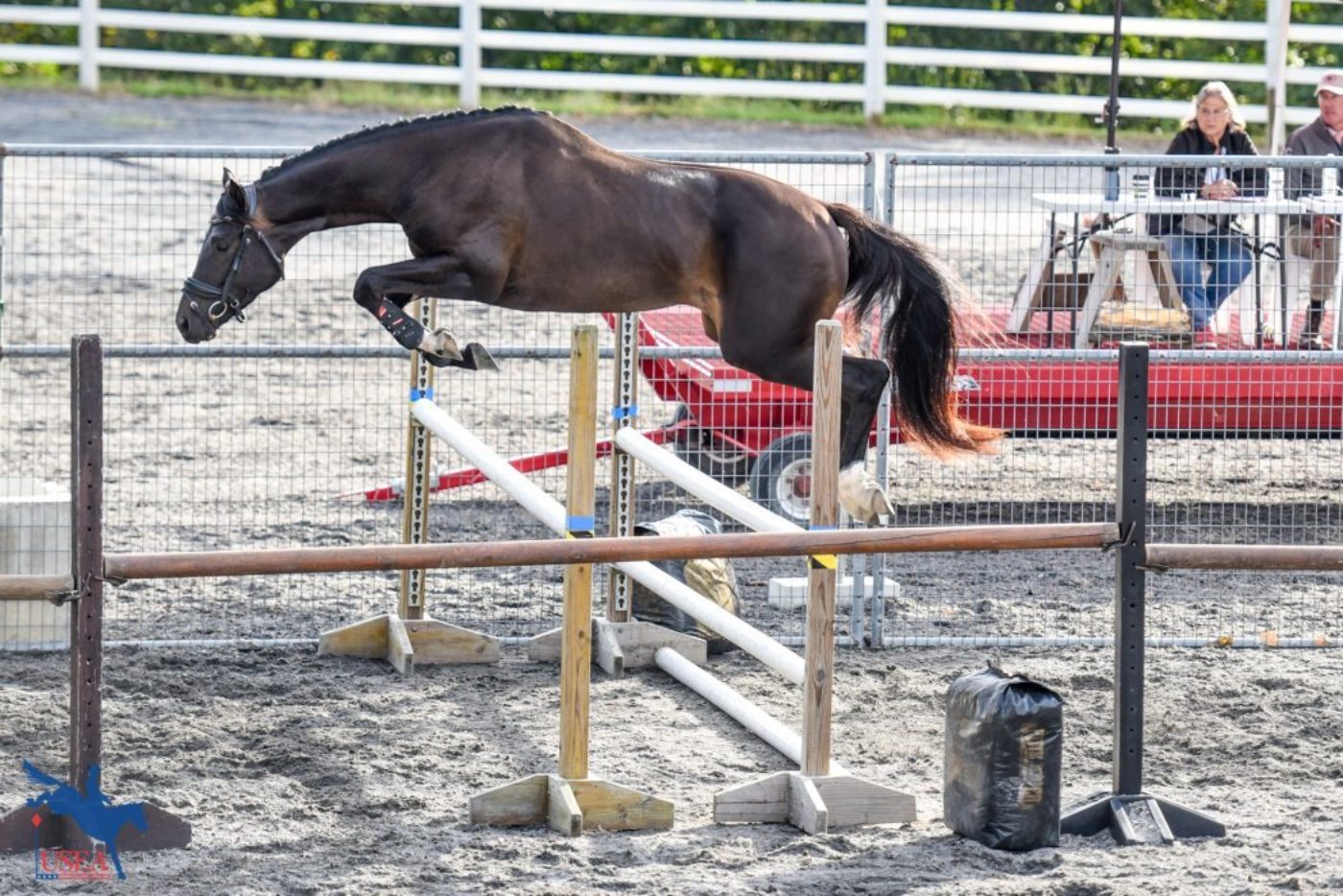 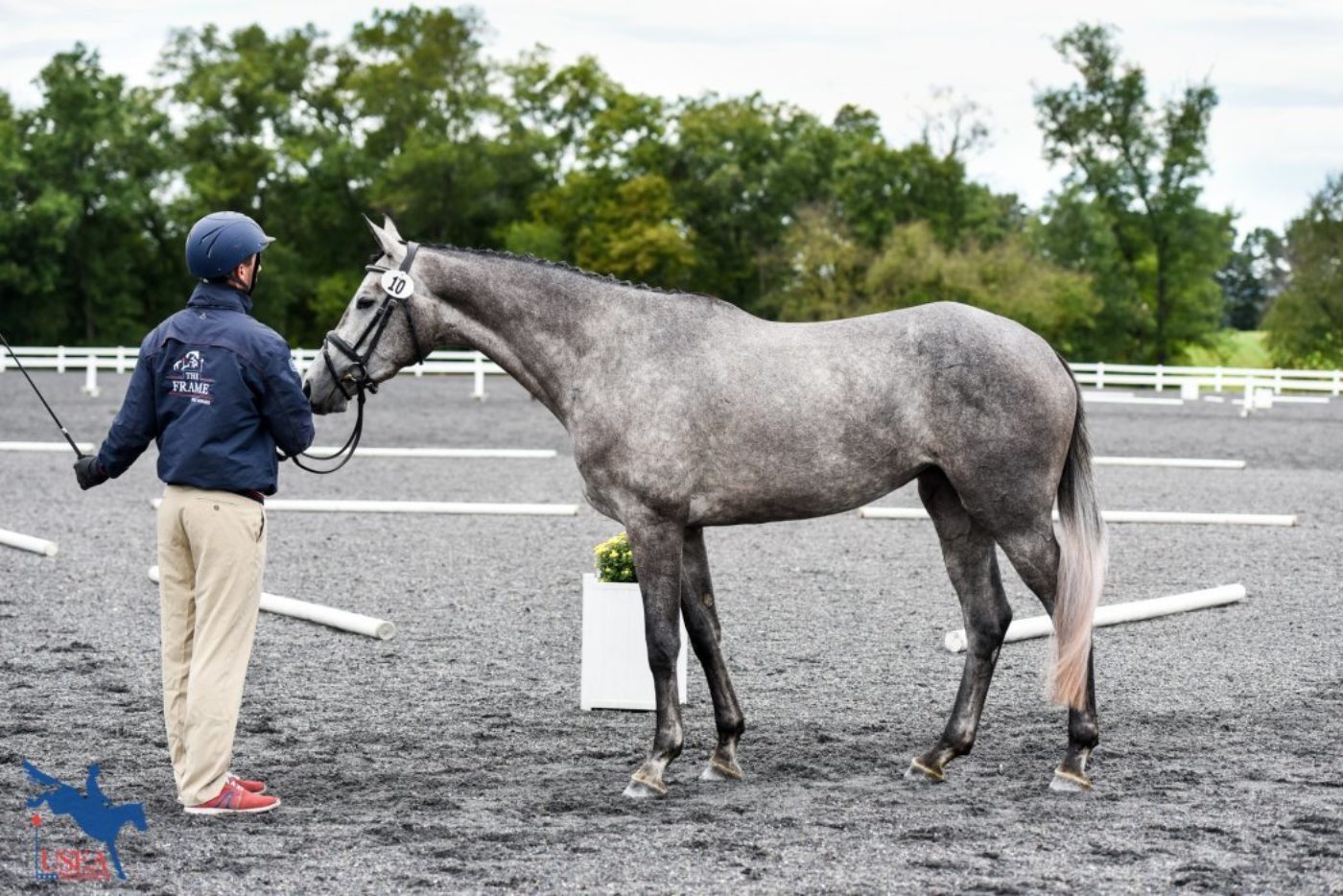 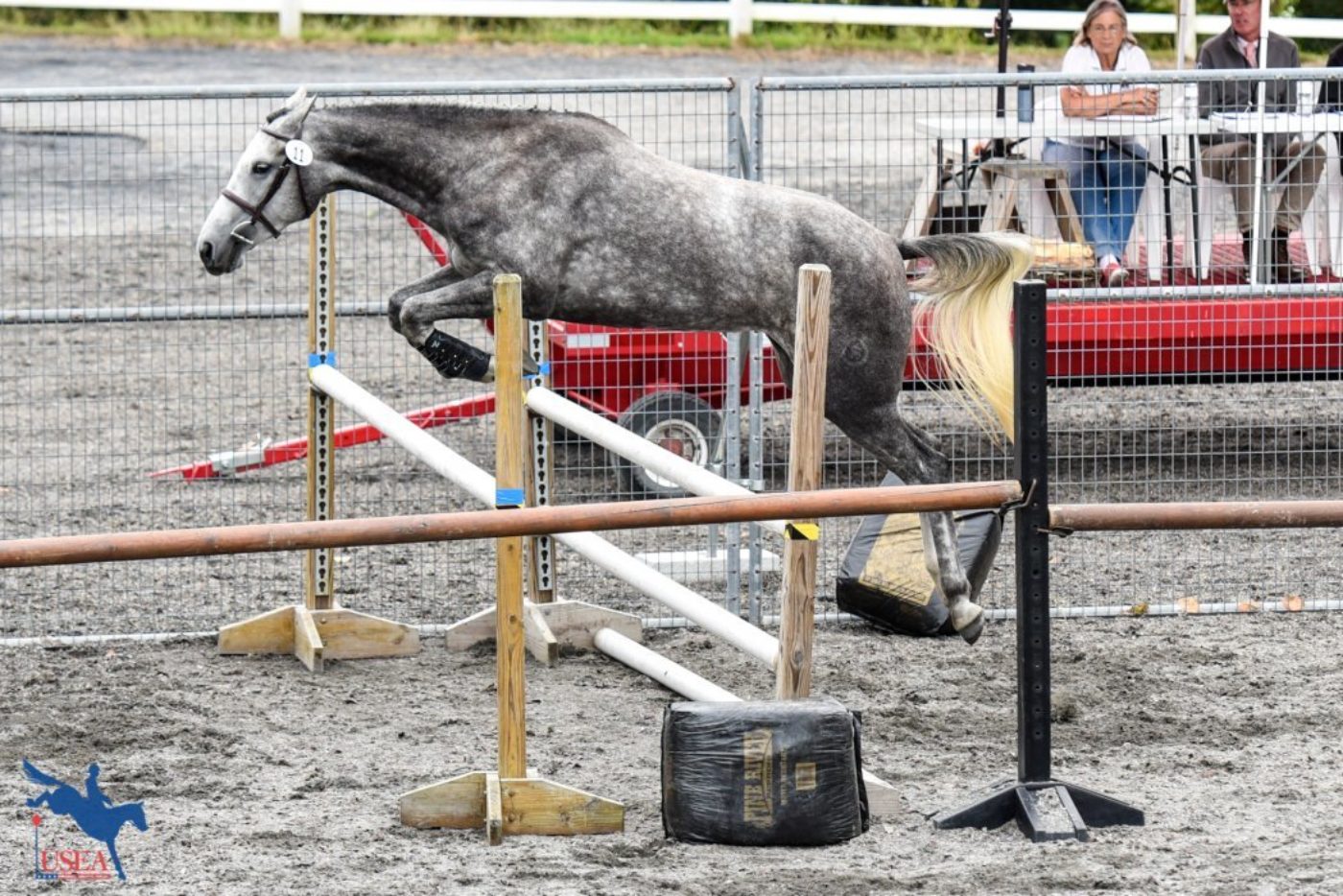 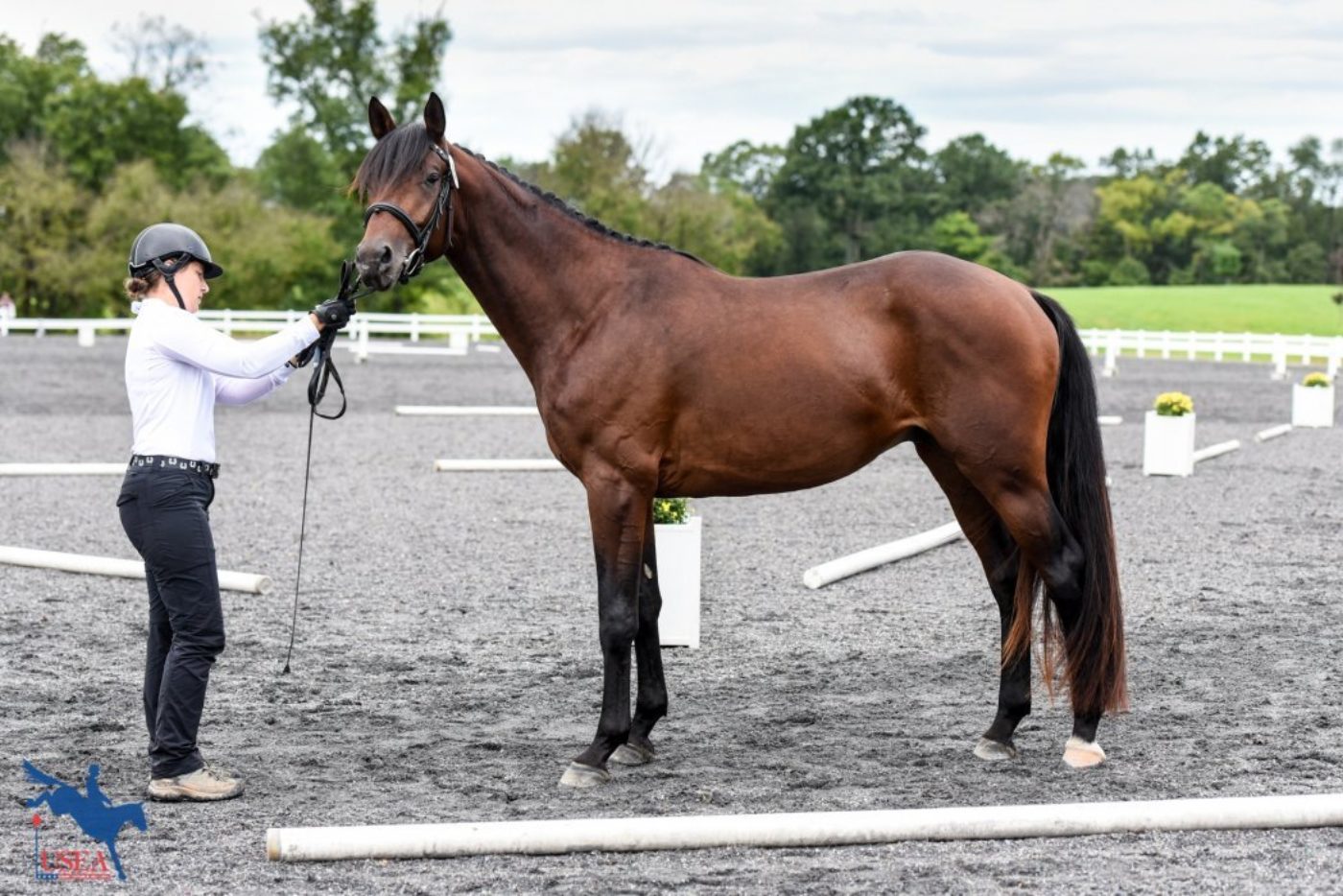 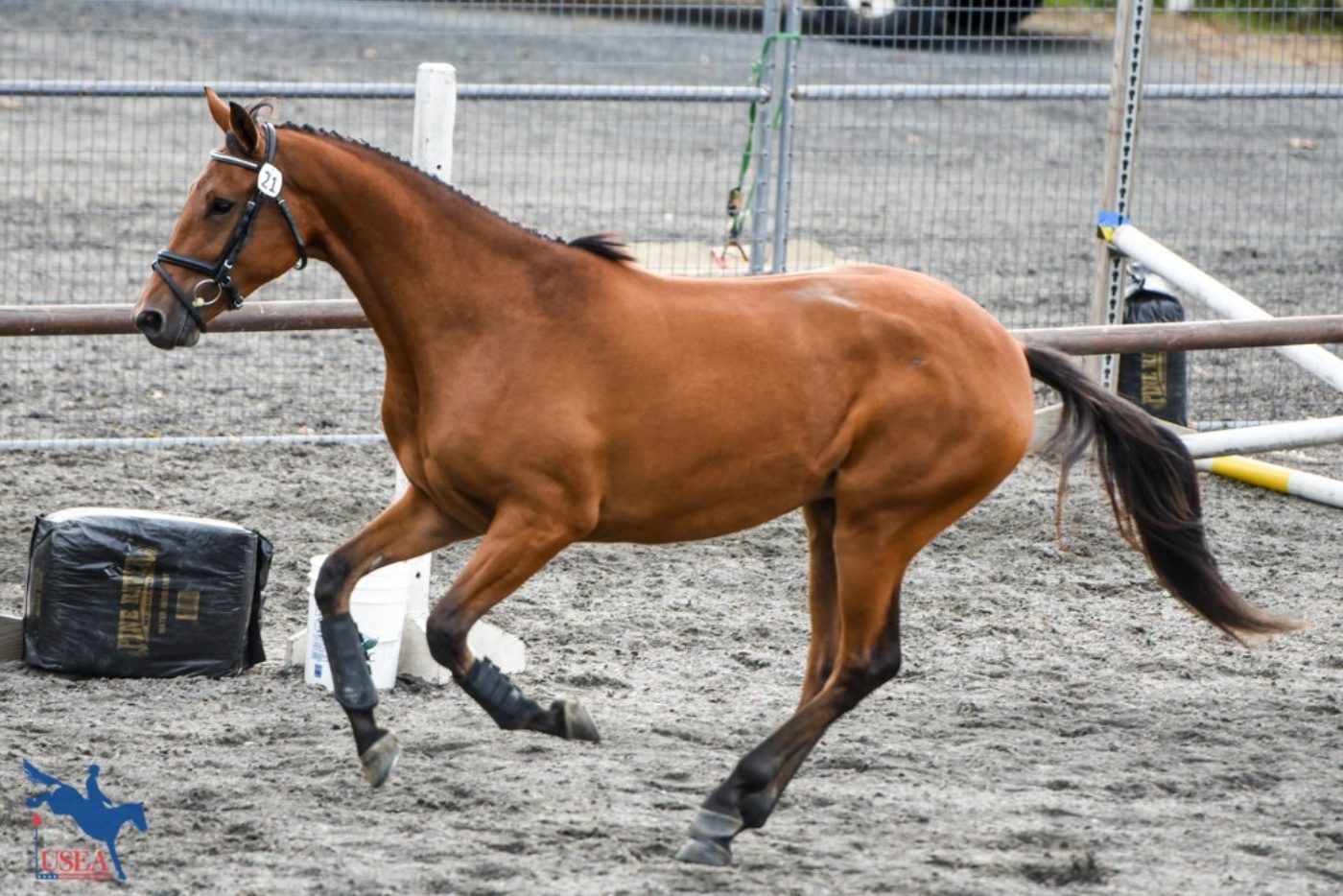 If you take one look at Jim Moyer’s Facebook page, you will see it is filled with sweet sentiments from the lives he has touched through his work in the equine industry. Moyer’s involvement with horses began when he met his future wife Jean 50 years ago. As Jean went on to become a prominent instructor in eventing, Moyer found that their friend circle was full of horse people, so it was only natural that he should find his place in the community.

Horses and riders in 12 divisions, from Starter to CCI4*-S, tackled the show jumping phase of competition Sunday at The Event at TerraNova, over a track designed by Nick Granat in the world-class setting of the main arena. Prize money was awarded in all divisions.

USEA Official Podcast Host Nicole Brown looks back on a brilliant Maryland 5 Star with Jennie Brannigan, reflecting on her fourth-place finish and highlights of the inaugural running of the event. USEA CEO Rob Burk and USEA President Max Corcoran then join Nicole to look forward to the 2021 USEA Annual Meeting & Convention which takes place in December.