Just one rail would have drastically shaken up the top of the five-star field at the 2022 MARS Maryland 5 Star, but the top four jumped their hearts out to solidify their standings, including World Number One rider Tim Price of New Zealand and his five-star first-time mount Coup de Cœur Dudevin (Top Gun Semilly x Tiebreak Combehory). Price and the 10-year-old Selle Français gelding bred and owned by Jean-Louis Stauffer executed a class-act show jumping round with just 0.8 seconds of time added to their dressage score of 27.4 to finish in first on a score of 28.1.

“I’ve had some great days in the office, but I think this beats them all,” Price shared following his round. His ride really stepped up to the plate this weekend, having only just finished his first ever CCI4*-L this summer in Ireland where they placed second. During the press conference following cross-country, Price shared he was a touch hesitant to bring the green gelding over for his five-star debut, but the young horse stepped up to the plate.

“He dug deep for me,” Price continued. “He went into that ring and lit up and it is very exciting for a horse who is just showing me what he is. To nail a victory like this makes me really proud of him. I came here with the hope of a top five with this horse, but understood there might be a couple of things that showed his lack of experience and we were able to do that whilst keeping a nice low score and finishing the week very well.”

The crowd roared as the best of the U.S. field Tamie Smith and Ruth Bley’s 13-year-old Hanoverian gelding Danito (Dancier x Wie Musik) crossed the finish flags adding just 0.4 time penalties to their show jumping round. Smith, who was a member of the Silver Medal Eventing World Championships aboard Mai Baum, shared that this finish is exactly what she needed to cap off a challenging year.

“The latter half of my year has been better than the beginning half of my year. It hasn’t quite been the fairy tale that everyone thinks it has been,” she reflected. “California in my area was infected by EHV and I got out of there right before that happened to go East, but then promptly broke my ankle and tore all of the ligaments in it. I had horses qualified for Badminton and Kentucky and I have a bit of a different career. I started my career much later and ultimately I could see my dreams just fading away and that I wasn’t going to be in contention for the World Championships and I just wouldn’t take no for an answer. My horse this weekend [Danito] had broken his wither and the first three months of 2022 just was a disaster. So to have the fall end up the way it is from Pratoni on has been really special.”

Great Britain’s Oliver Townend has now finished on the podium at the Maryland 5 Star two years in a row, but this year he was aboard a five-star first-time horse: John Peace’s 11-year-old Spanish Sport Horse named As Is (Casa de Neves x Paracas). The pair were the highest-placed double-clear pair after show jumping together, rounding out the weekend on their score of 29.9.

“I am highly delighted with him, obviously,” commented the World Number Three rider. “As Is was purchased earlier this year by the Peace family and for us to deliver the result that we thought he was capable of, but you never know, he is a new horse and it is five-star - anything can happen. He went out a little bit green yesterday and a bit careful. I just thought last night, ‘let’s just hope he is as careful in the show jumping tomorrow as he was around the cross-country course and we will be alright.’ He was very, very special in the ring today and it is just hugely exciting for the team that we have a horse of this caliber.”

Perhaps the most bittersweet of all the U.S. finishes was Hannah Sue Hollberg’s tenth place finish aboard Jacqueline Mars’ 19-year-old Irish Sport Horse gelding Harbour Pilot (Cruising x Shannon). This afternoon marked the end of the amazing event horse’s career and the crowd cheered in celebration of all of his accomplishments after he crossed the finish flags. 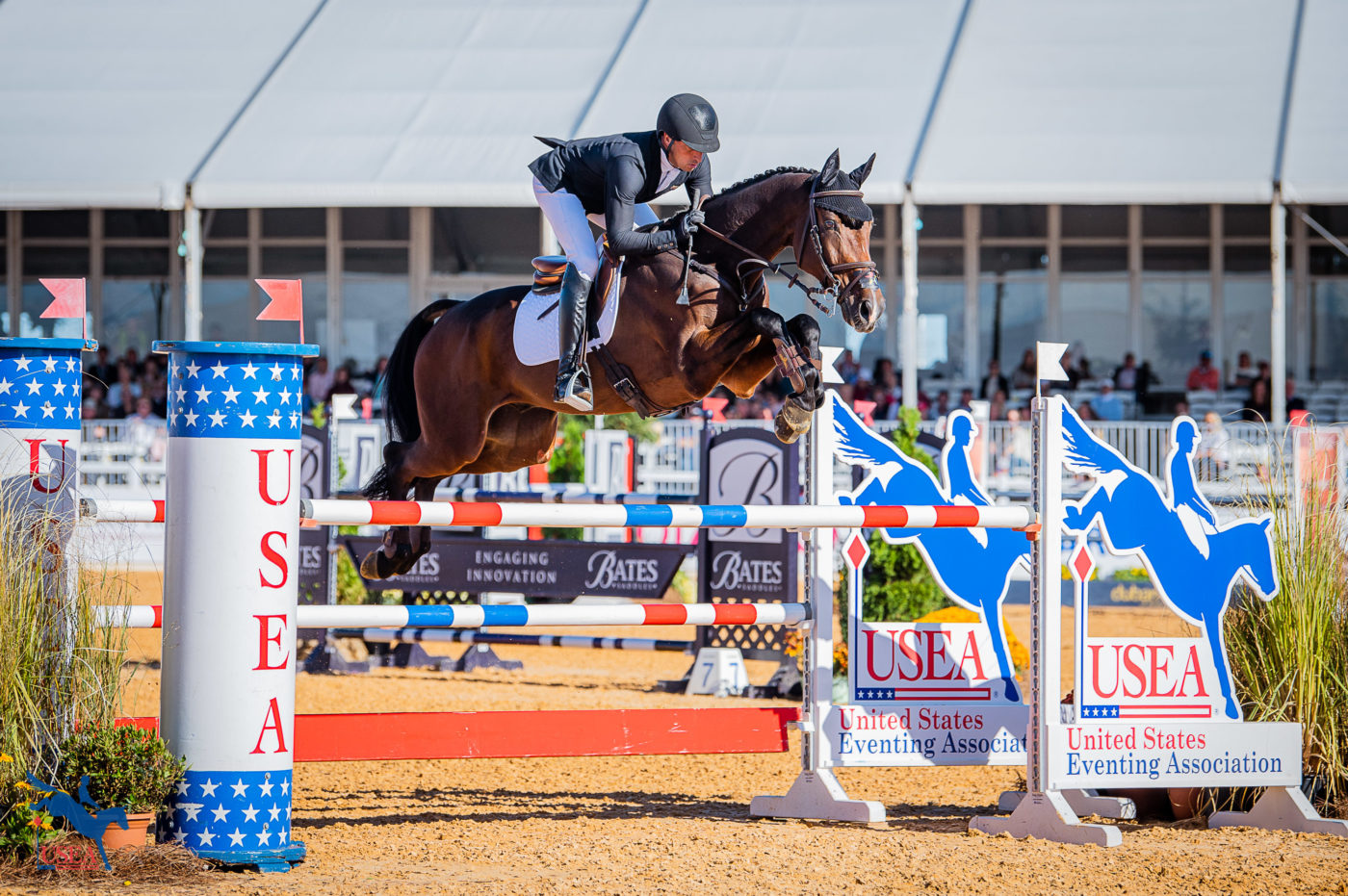 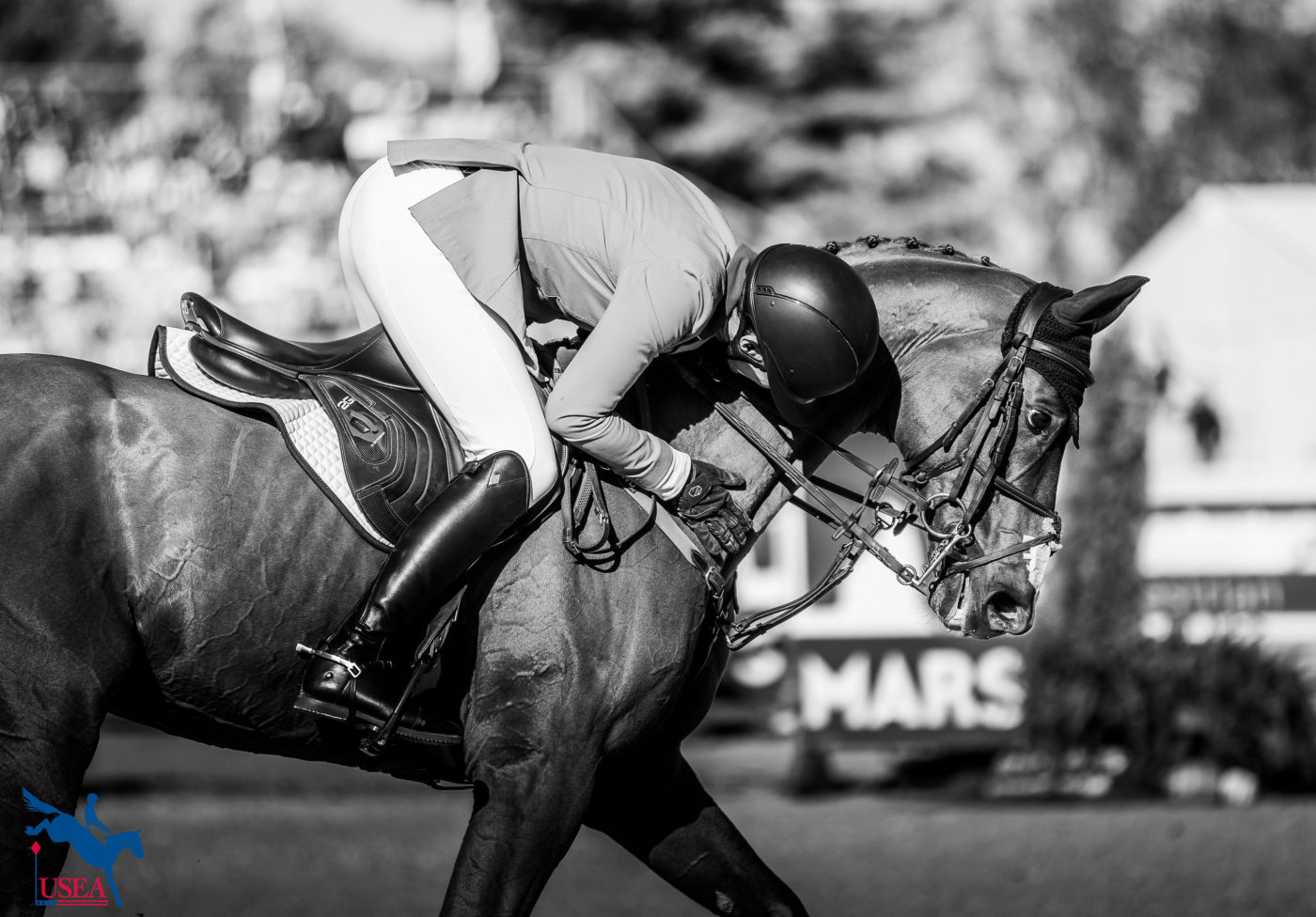 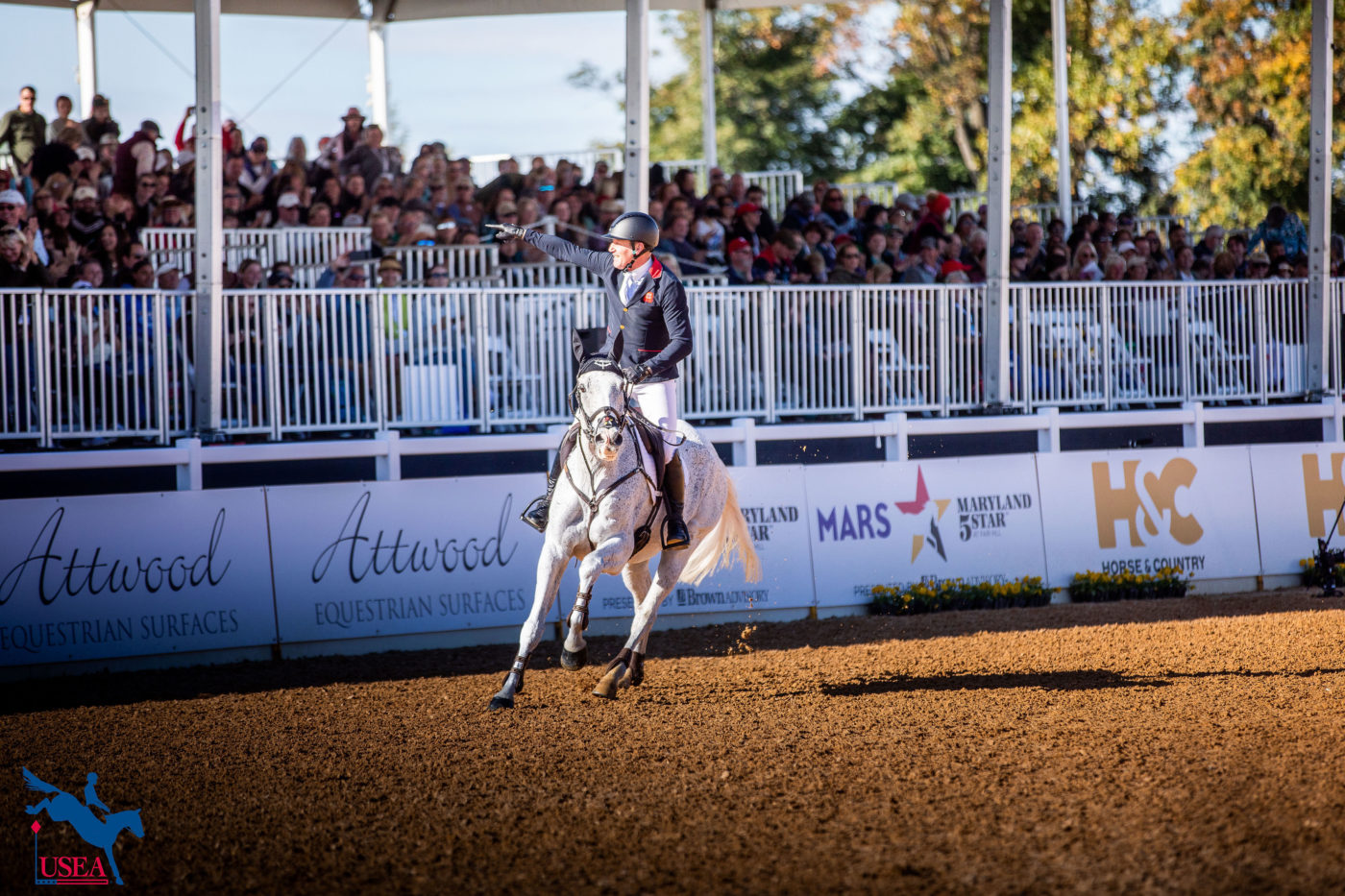 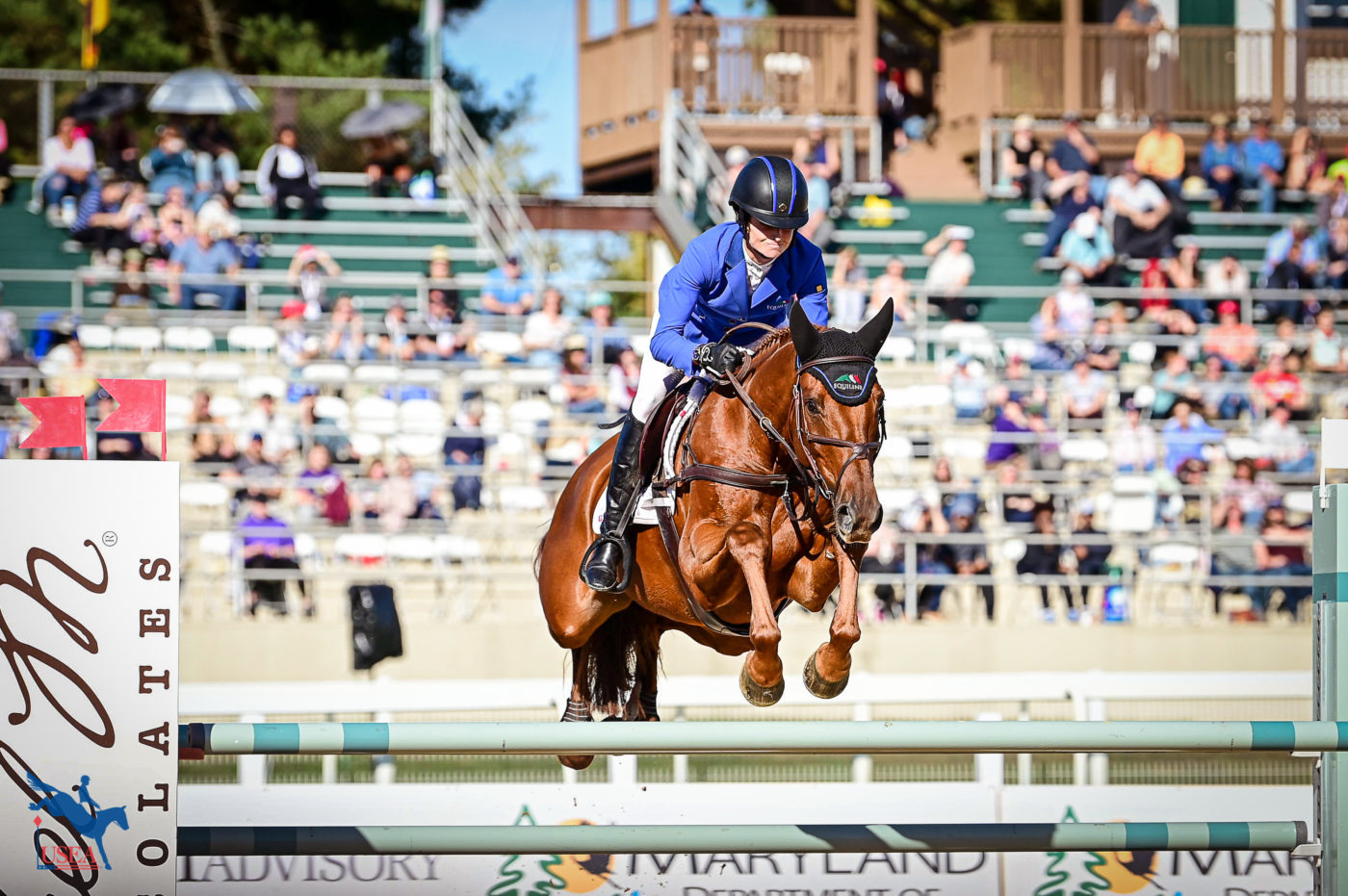 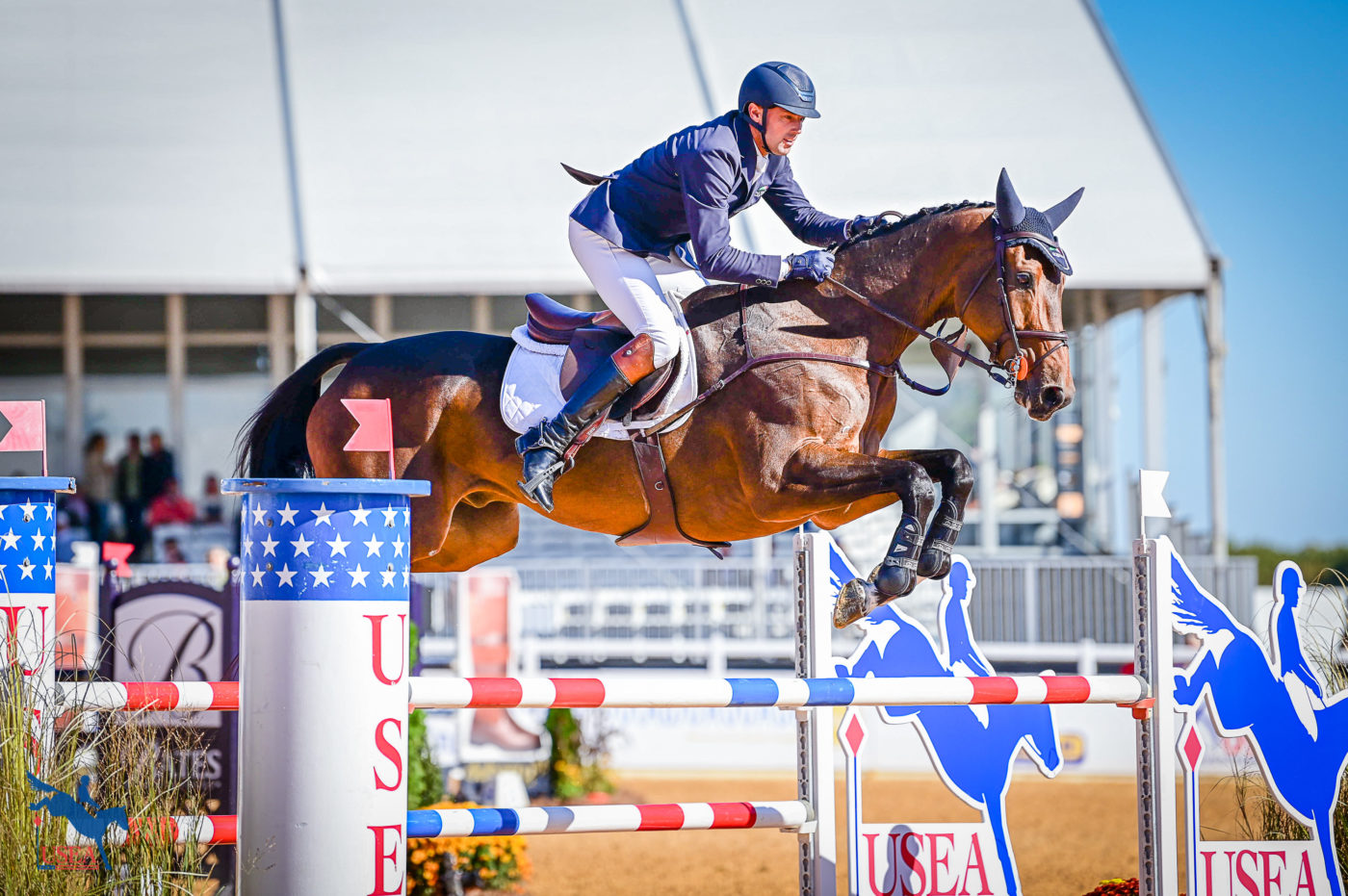 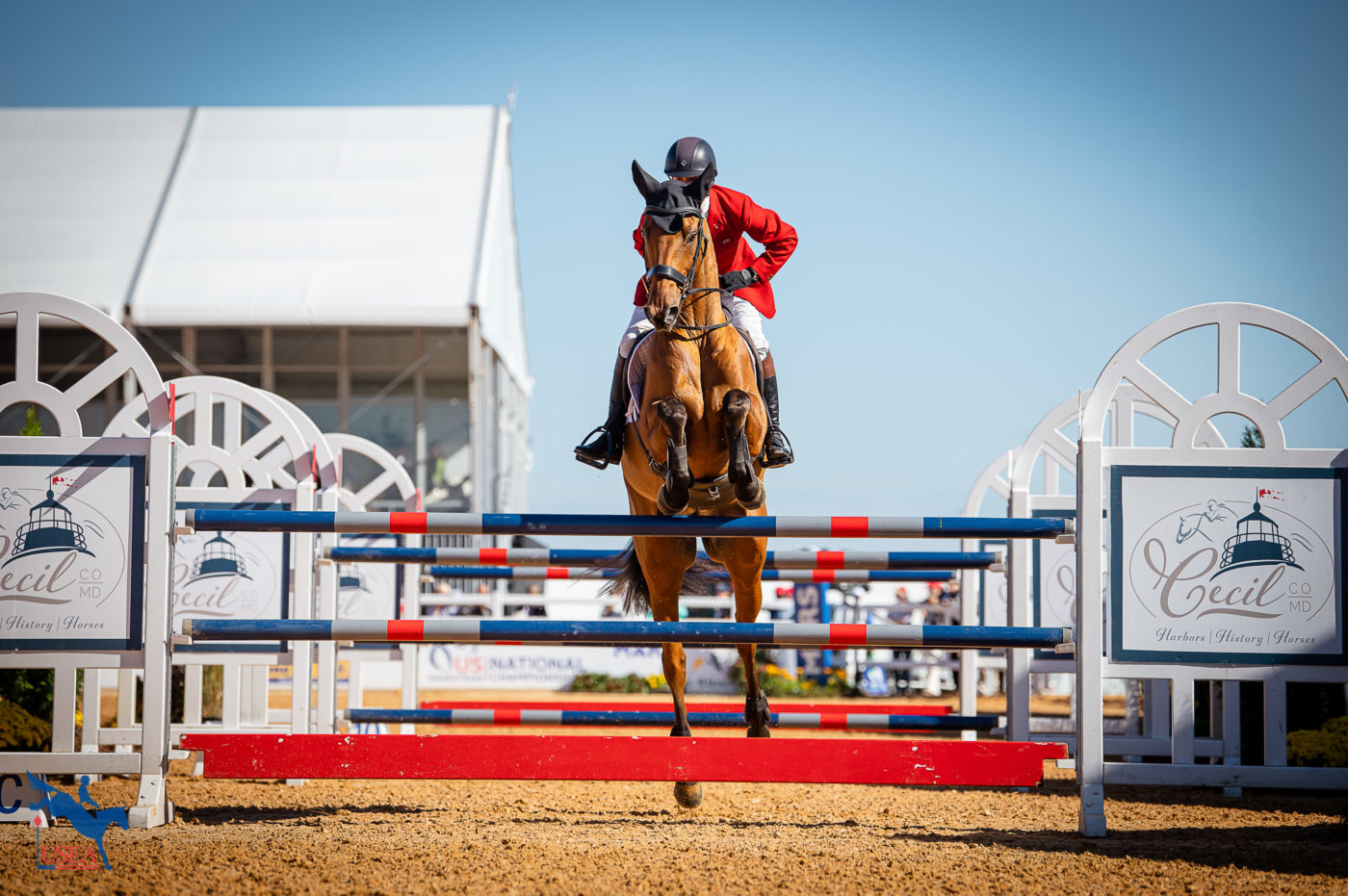 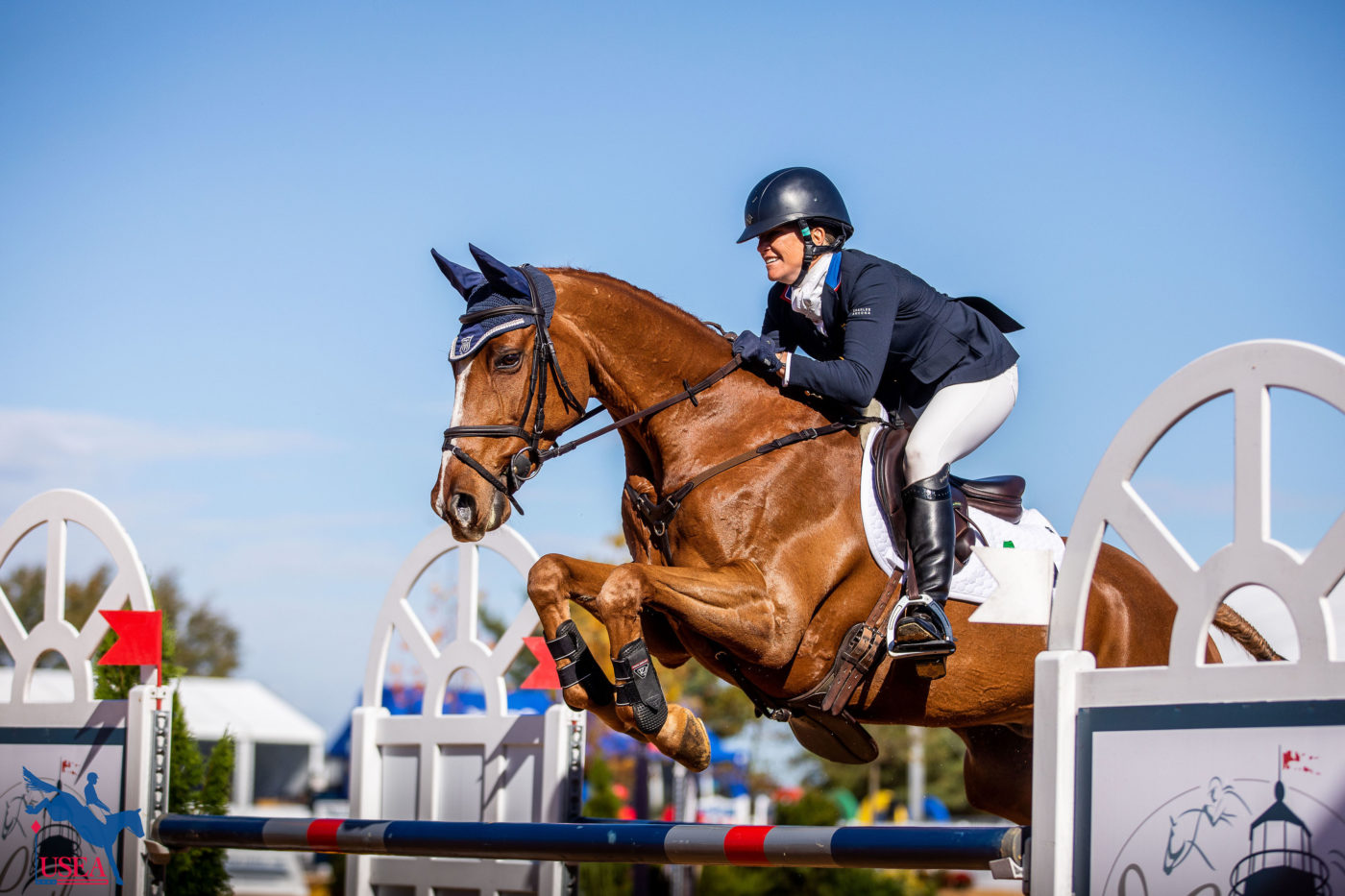 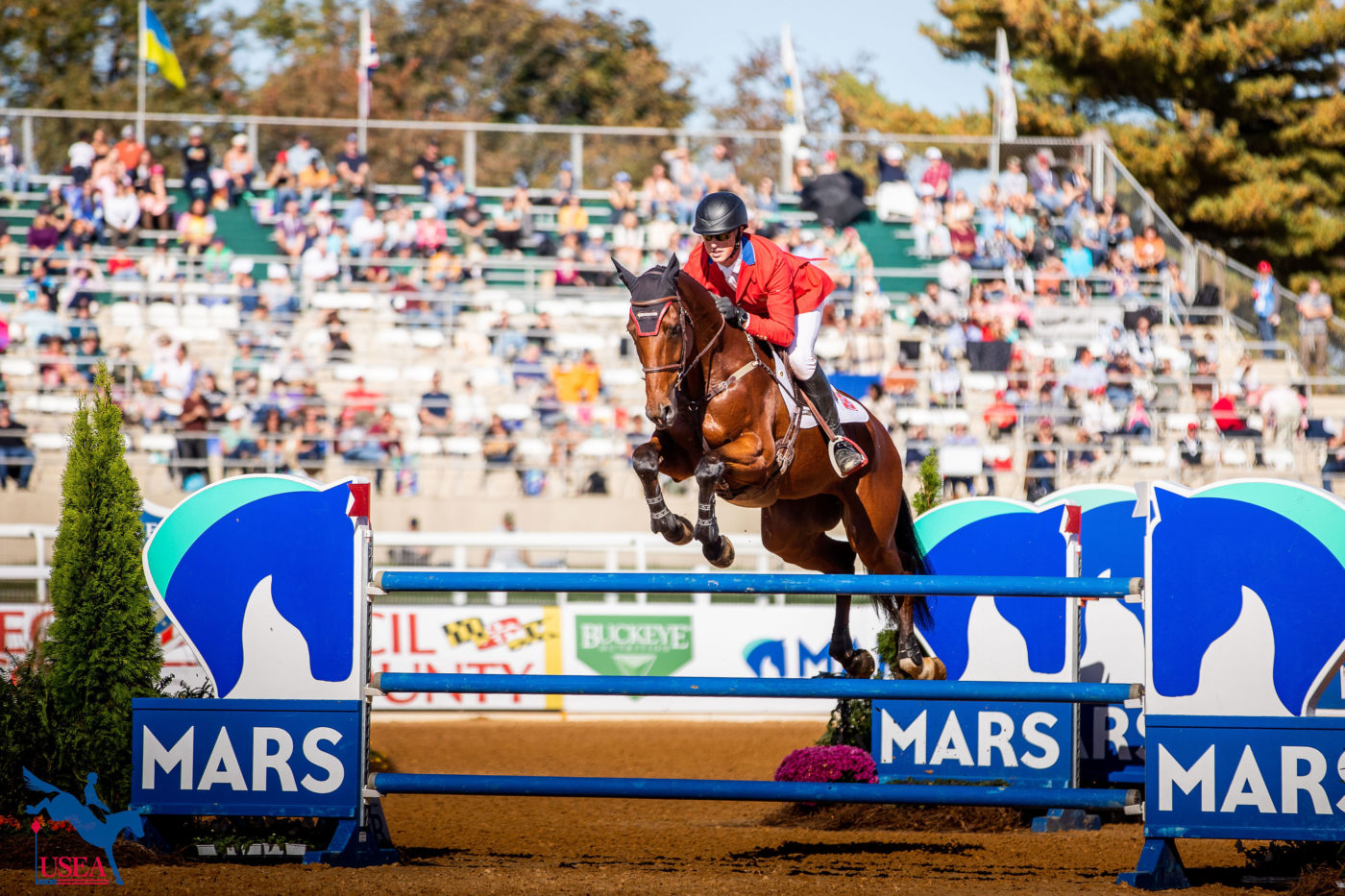 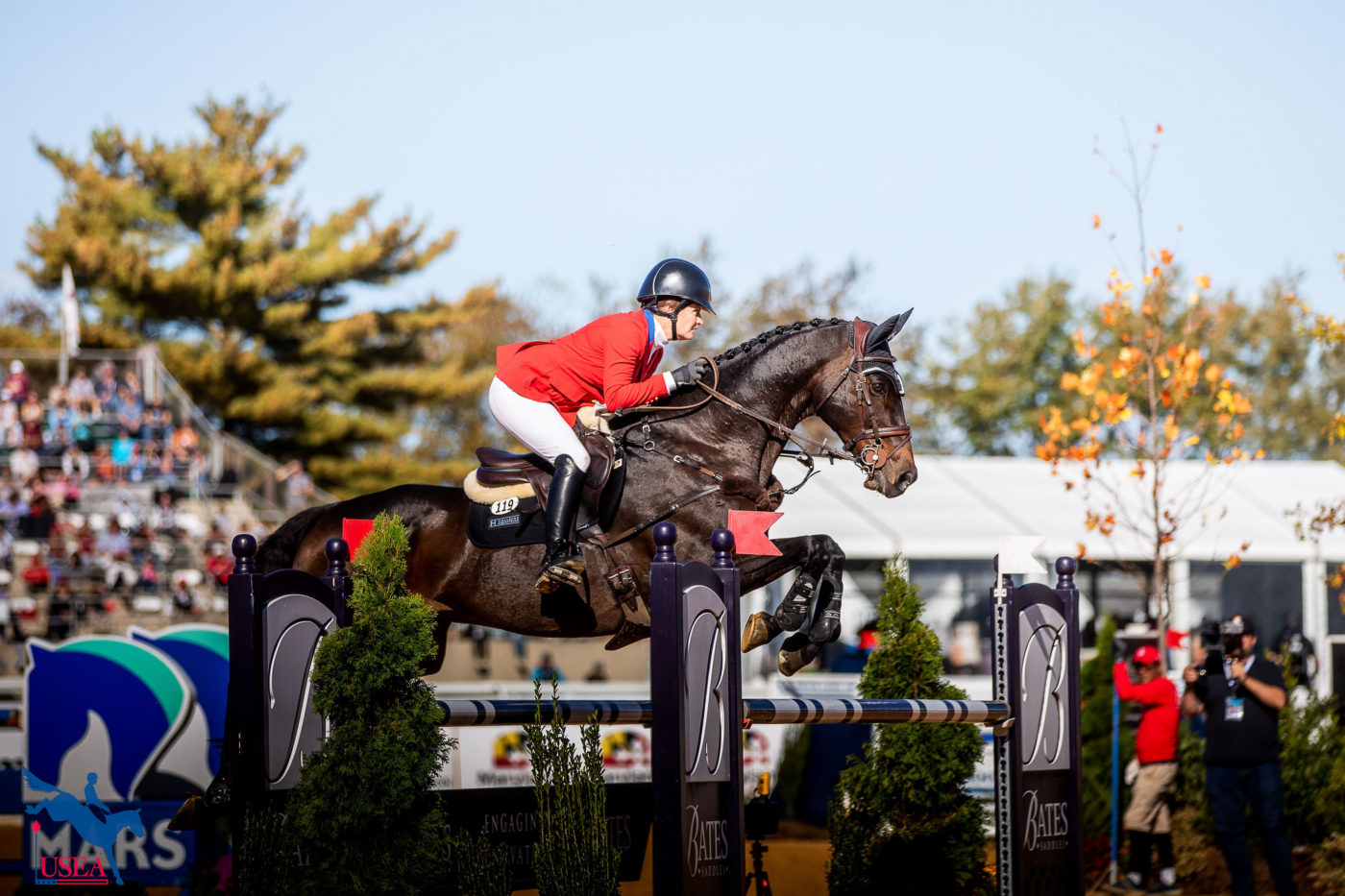 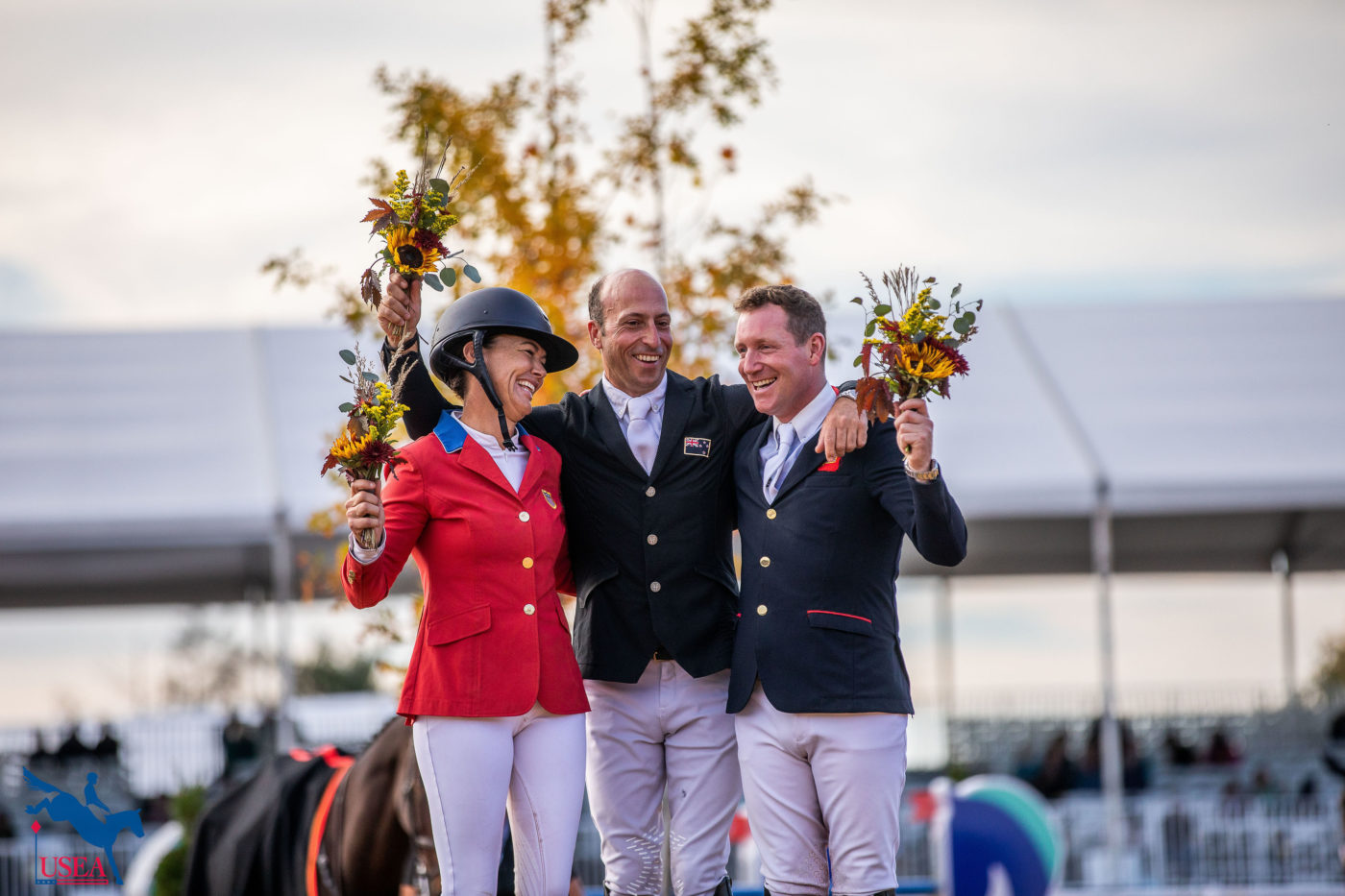 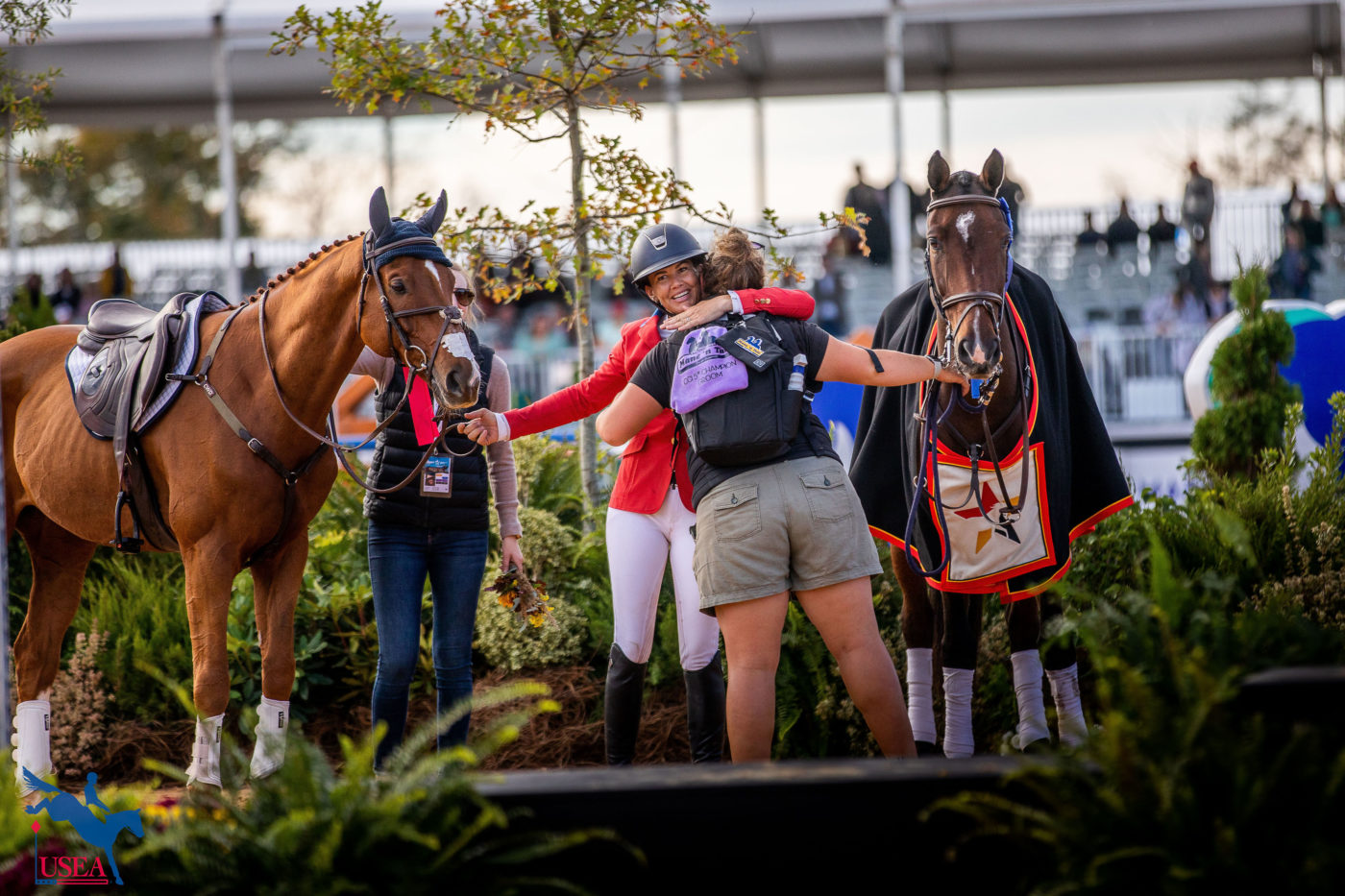