At the end of a full day of dressage competition in the Plantation Field International Adequan USEA Gold Cup CIC3*, Boyd Martin and the Long Island T Syndicate’s 11-year-old Oldenburg/Thoroughbred gelding, Long Island T (Ludwig Von Bayern x Haupstsbuch Highlight) sat on the top of leaderboard on a score of 41.3.

“I’ve been working with him for a year now,” commented Martin. “It’s taken this long for each of us to understand [the other] and it’s taken this long for me to learn how to operate him. He’s a fantastic mover and been produced by my good friend Peter Barry, who had a stroke, and he’s here watching. But [Long Island T] was fantastic today and I was very pleased that I finally could execute some of the work that I’ve been getting at home in the competition ring.”

“I got taught a very valuable lesson not to go too quick with a horse,” said Martin when asked about his performance with Long Island T at the Wellington Eventing Showcase earlier this year. “It was good in a weird kind of way because it forced me to go back to the beginning with him. He’s a very different ride from what I’m used to, especially in the jumping. Phillip Dutton has helped me tremendously with his cross-country and Richard Picken’s also been a huge help with his show jumping. We just started to click into gear at Richland Park. It’s still a bit ragged and not quite perfect but he’s at the level now and I think he could be a real big-time horse for me in the future.”

Selena O’Hanlon and Foxwood High, John and Judy Rumble’s 14-year-old Canadian Sport Horse gelding by Rio Bronco W out of Evita II, are in second place on a 41.8, just half a point off the leaders and very nearly a personal best for the pair.

“I was phenomenally pleased,” said O’Hanlon of her dressage test with Foxwood High. “I knew coming out [of the arena] that no matter what I was really happy. I feel like there were still little places . . . I broke to trot too soon going into my halt. The walk, he’s finally starting to relax and over-track, because that is one of his best movements but I’ve yet to produce it in the ring. I feel I could put bigger spurs on and now go for even more over-track and really show off a bit more . . . [But] in his trot work he just didn’t put a foot wrong. He tried and listened and was confident and calm so I was going to be happy no matter what.”

“He’s a horse that doesn’t do anything amazing, but he is the most competitive horse that I’ve ever ridden,” explained Davidson of Copper Beach. “He goes in there and he wants to win, and even when he didn’t know how he would try. He never feels very good in the warm-up – he hates other horses around him – but he knows to go in the ring and do his job and I can totally rely on him. He doesn’t get nines, but he doesn’t get any sixes either. He did feel really good today.” 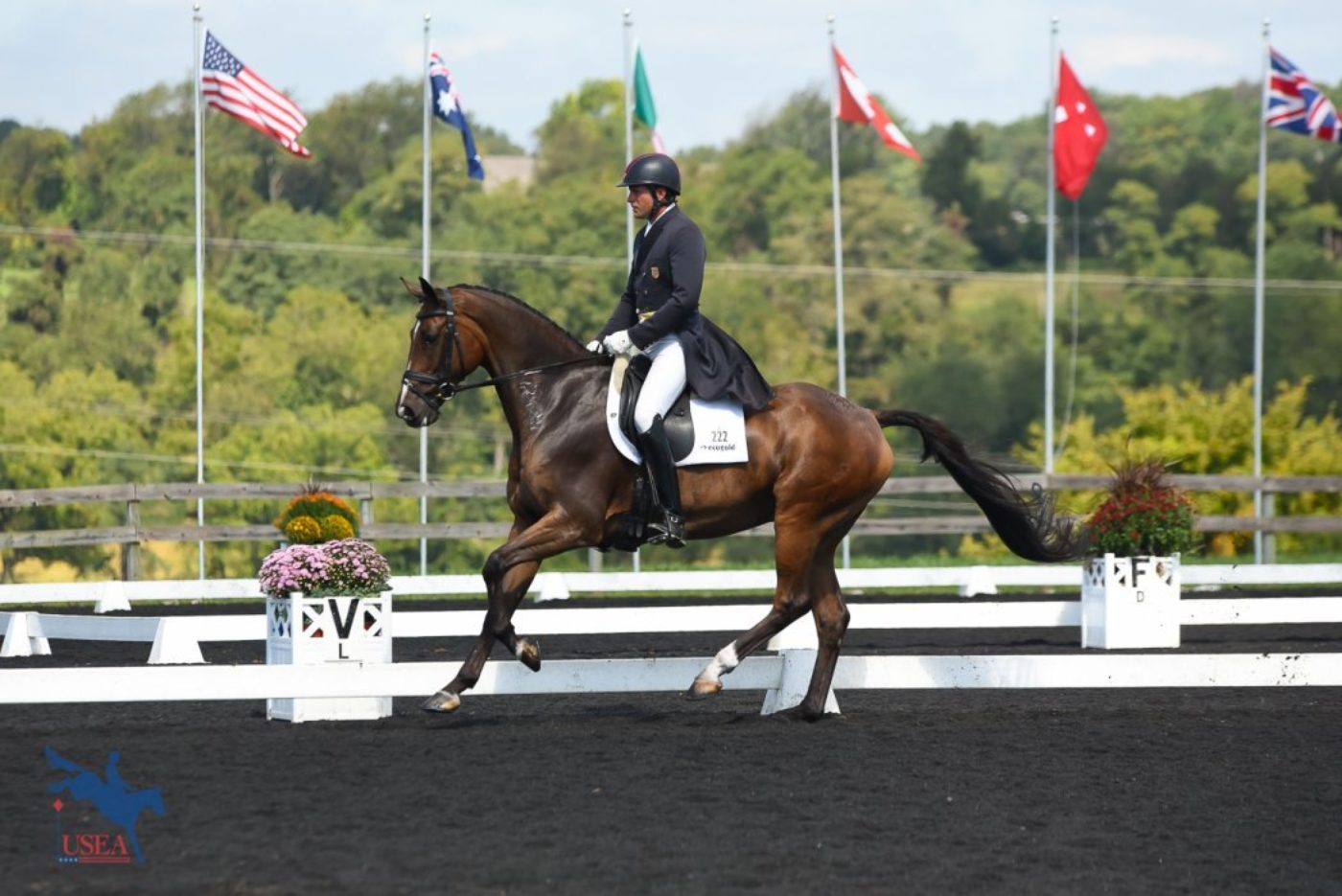 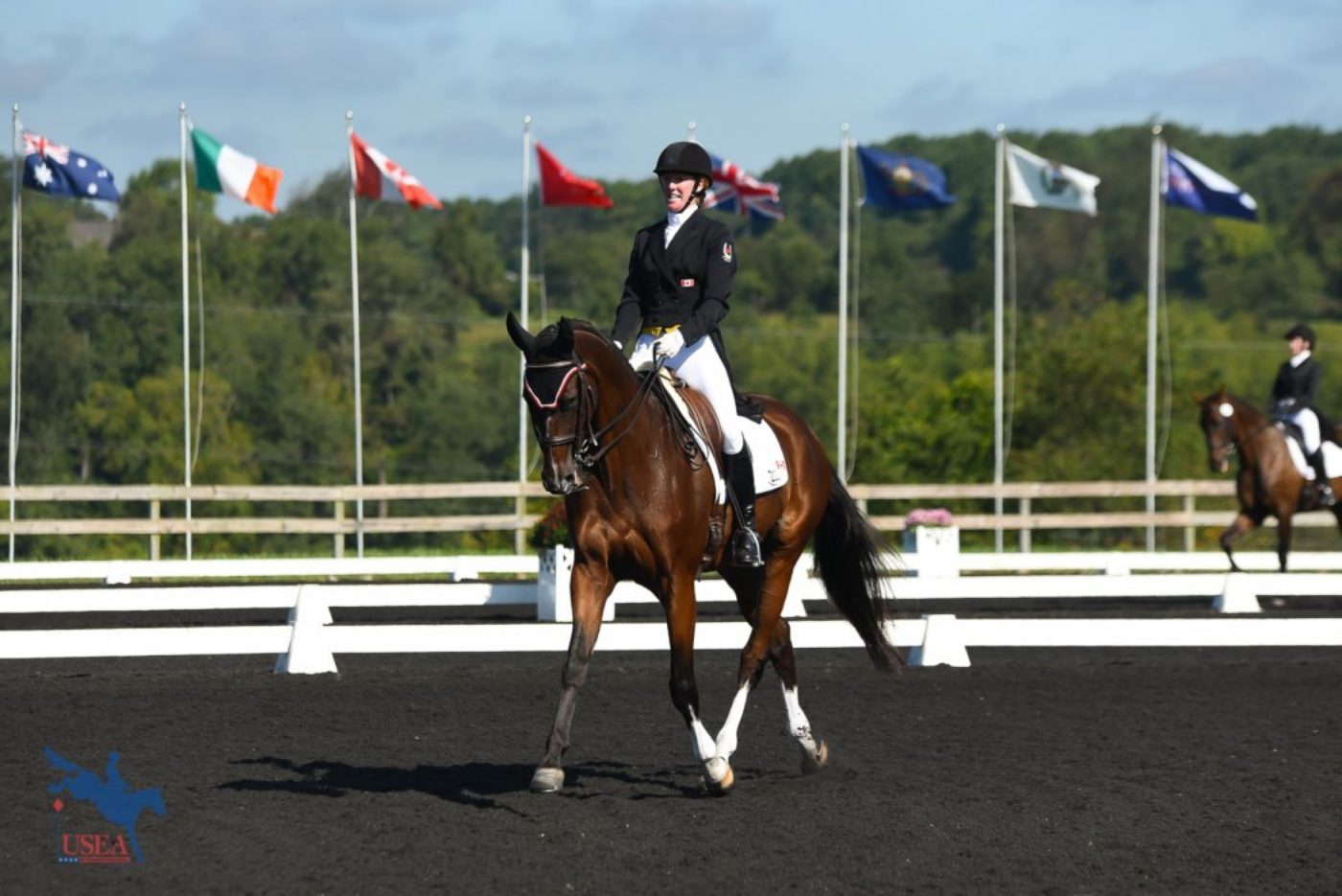 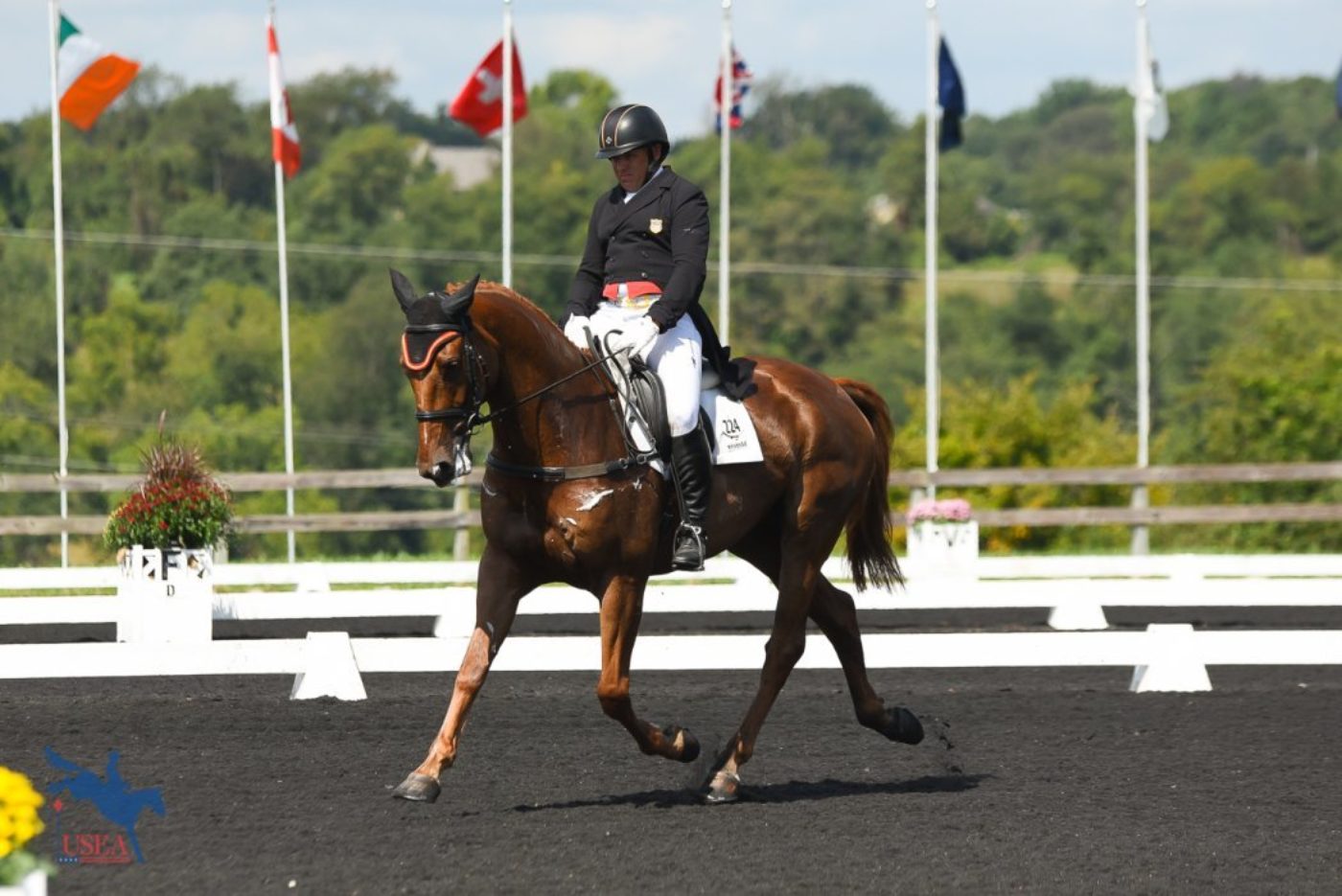 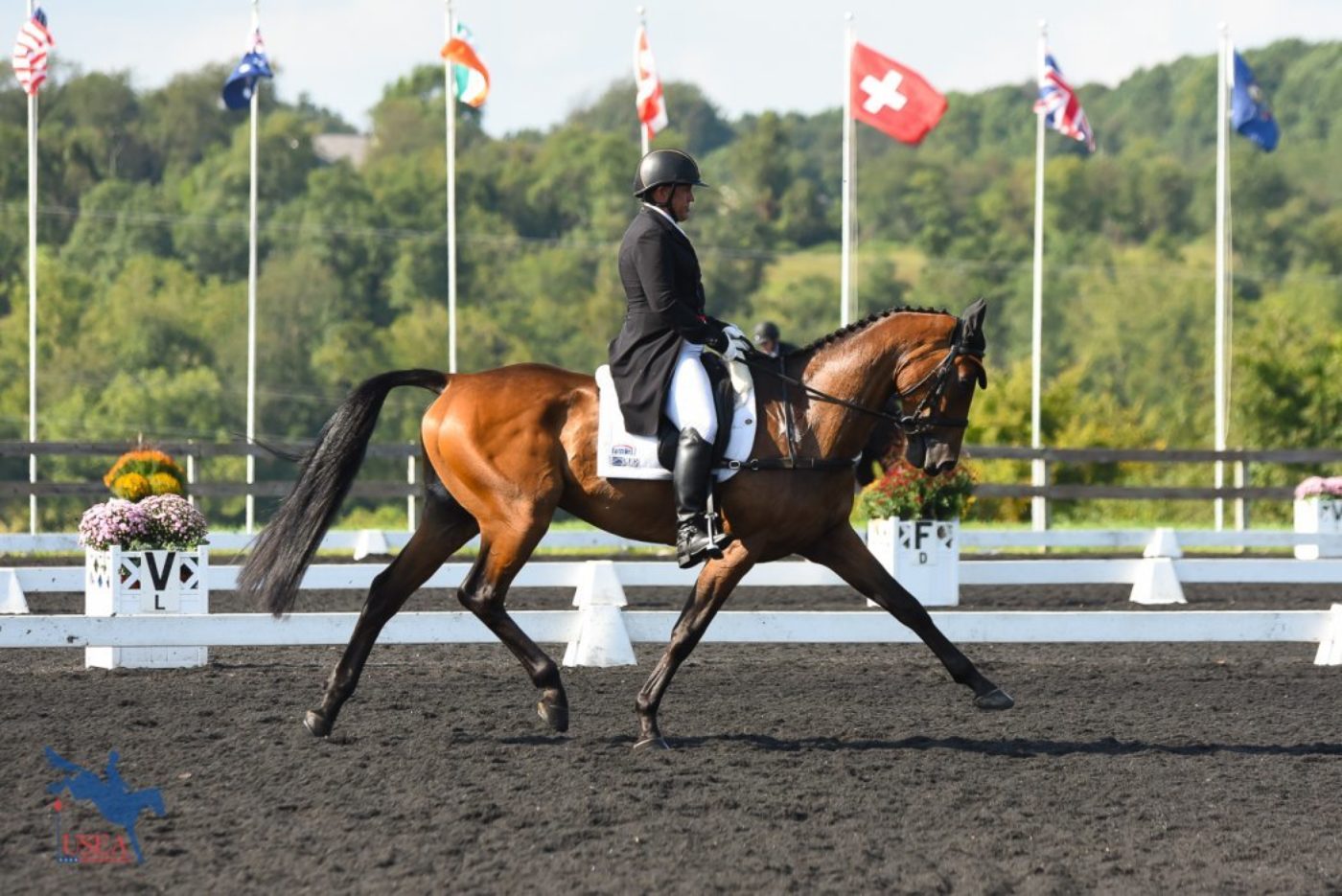 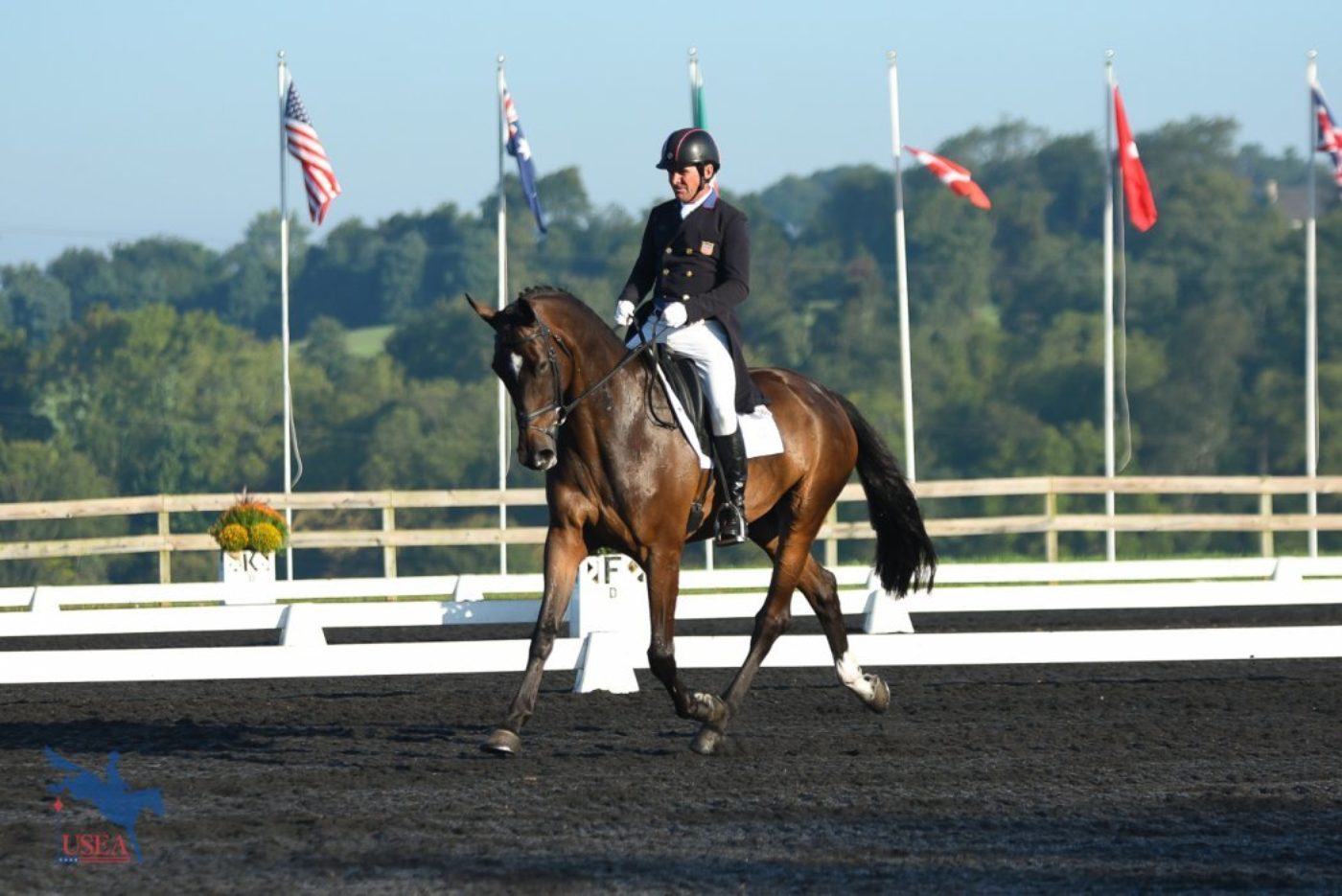 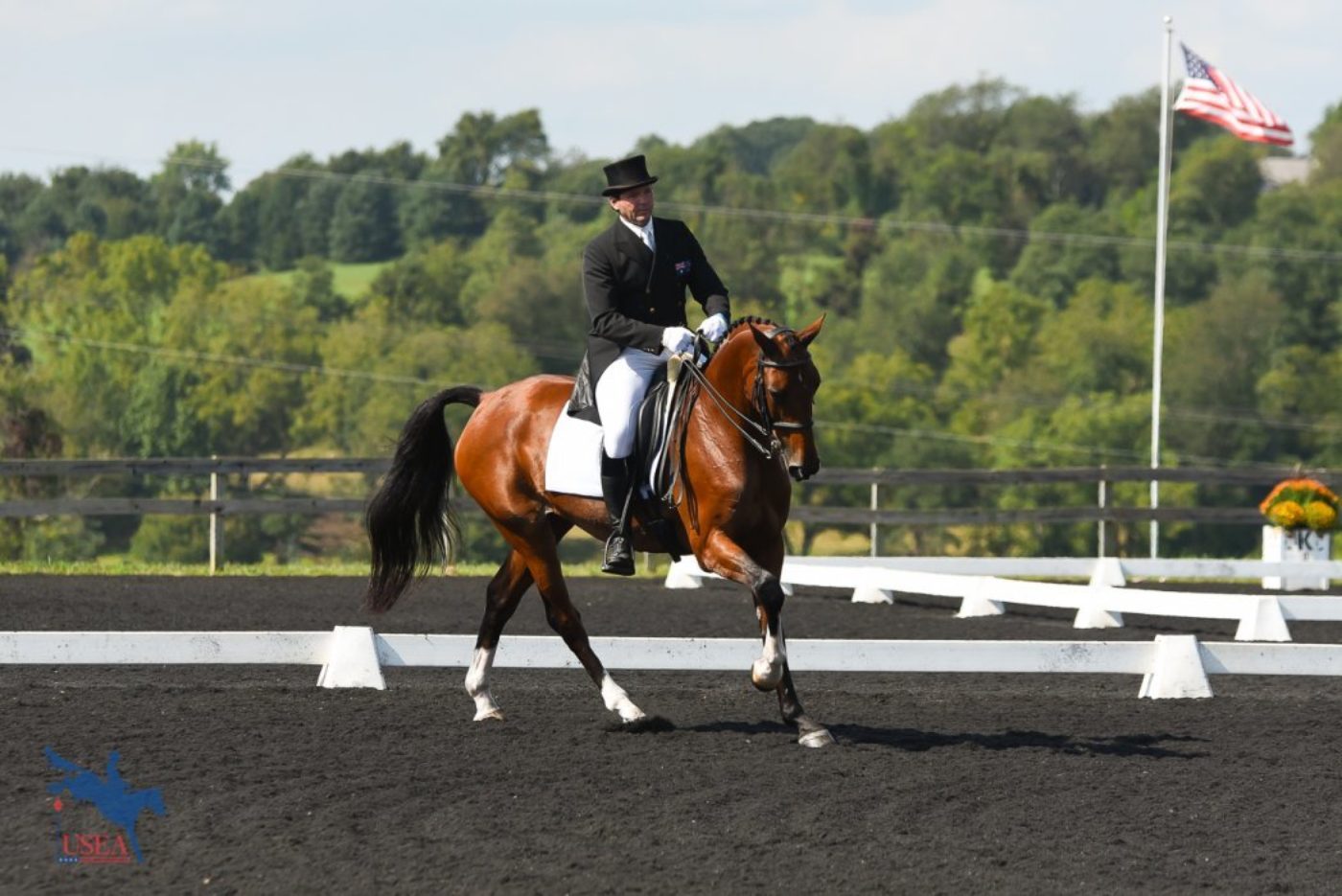 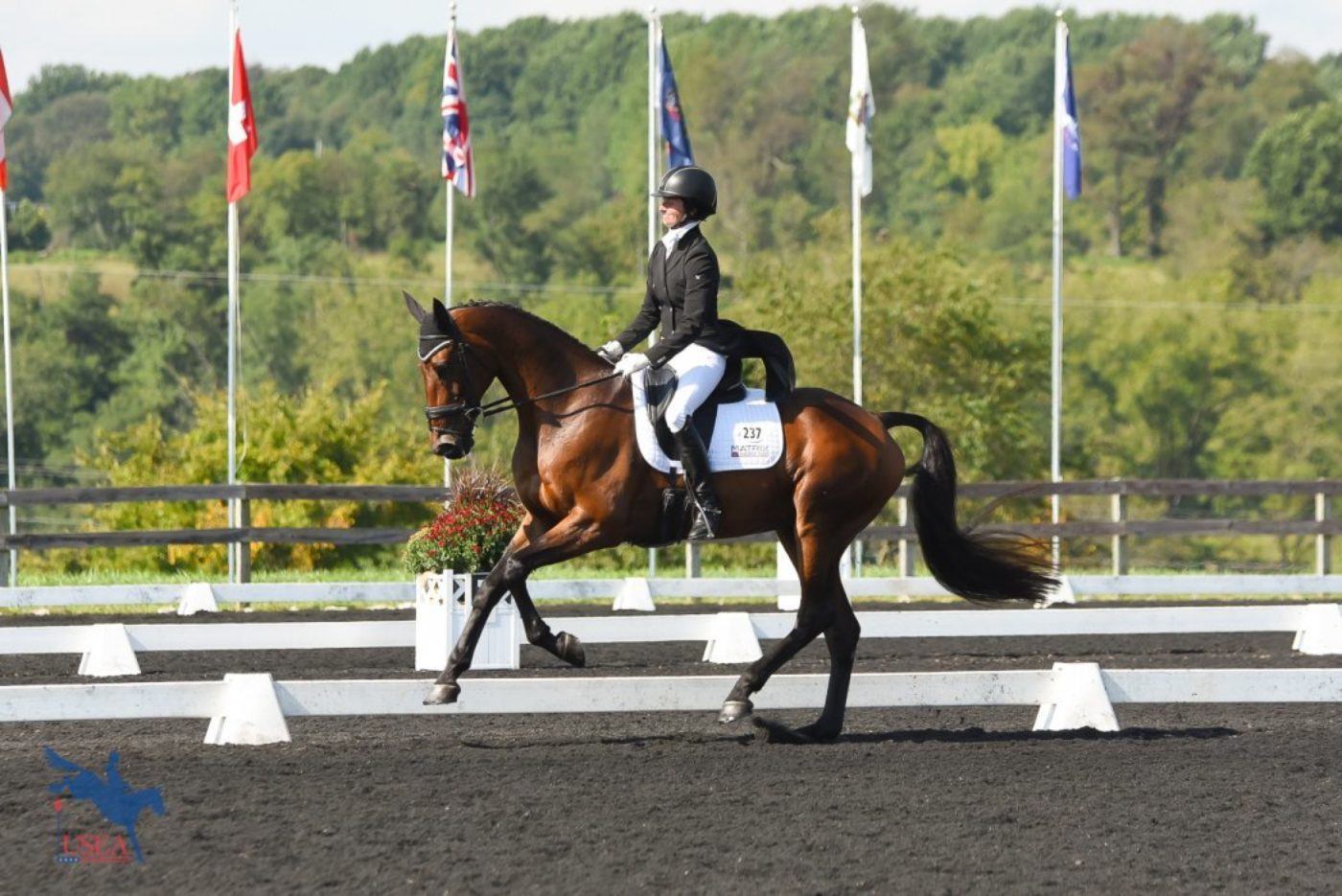 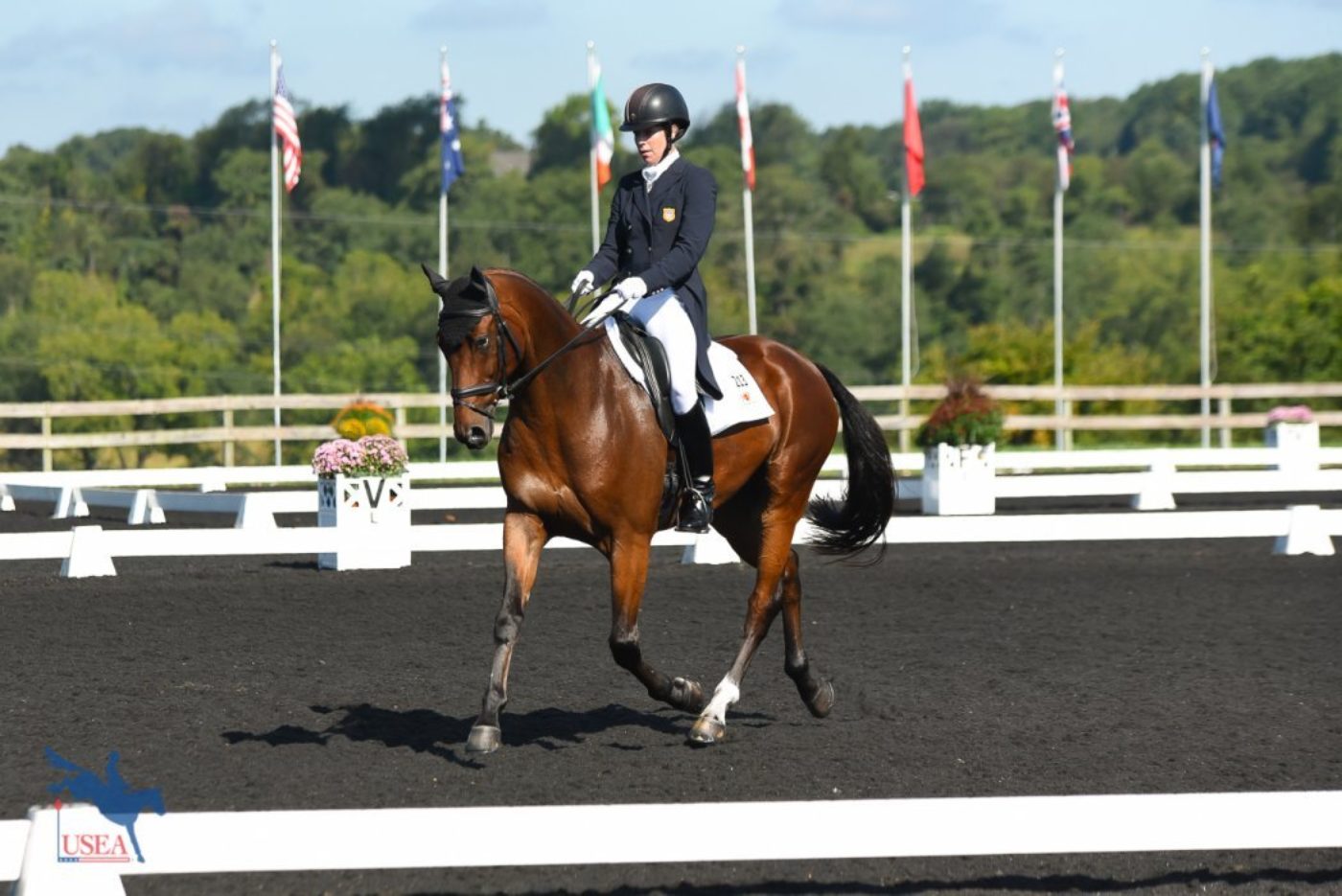 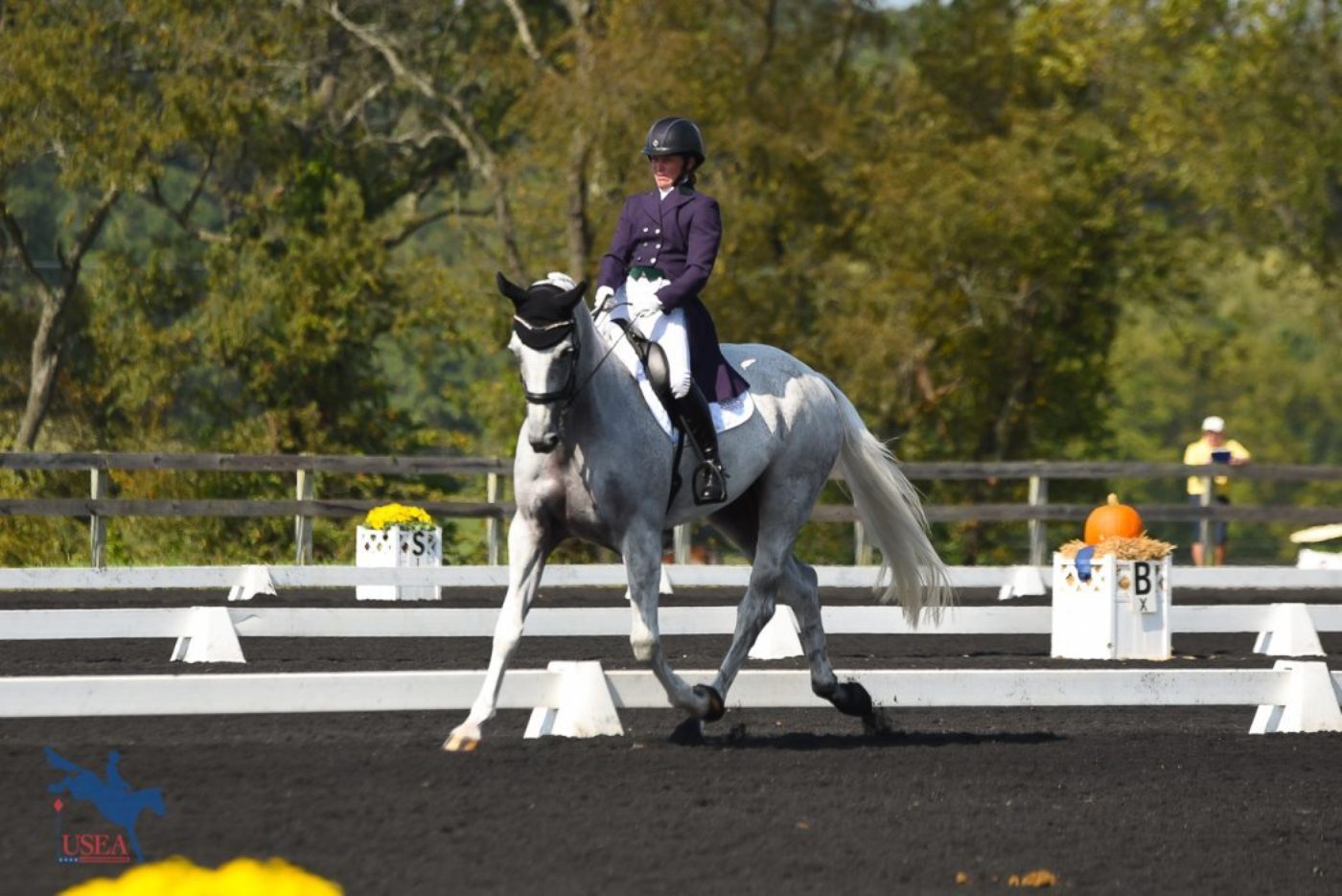 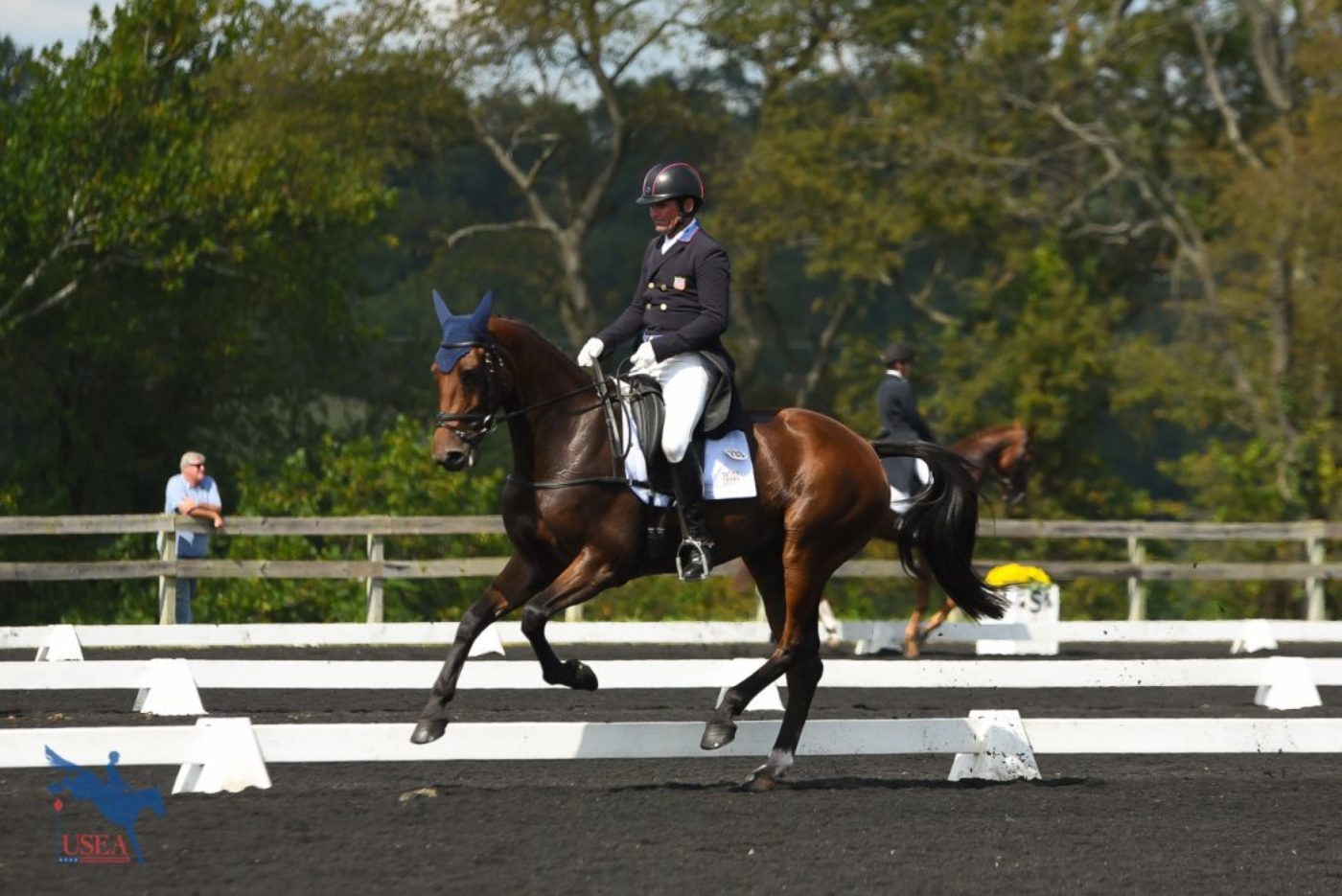 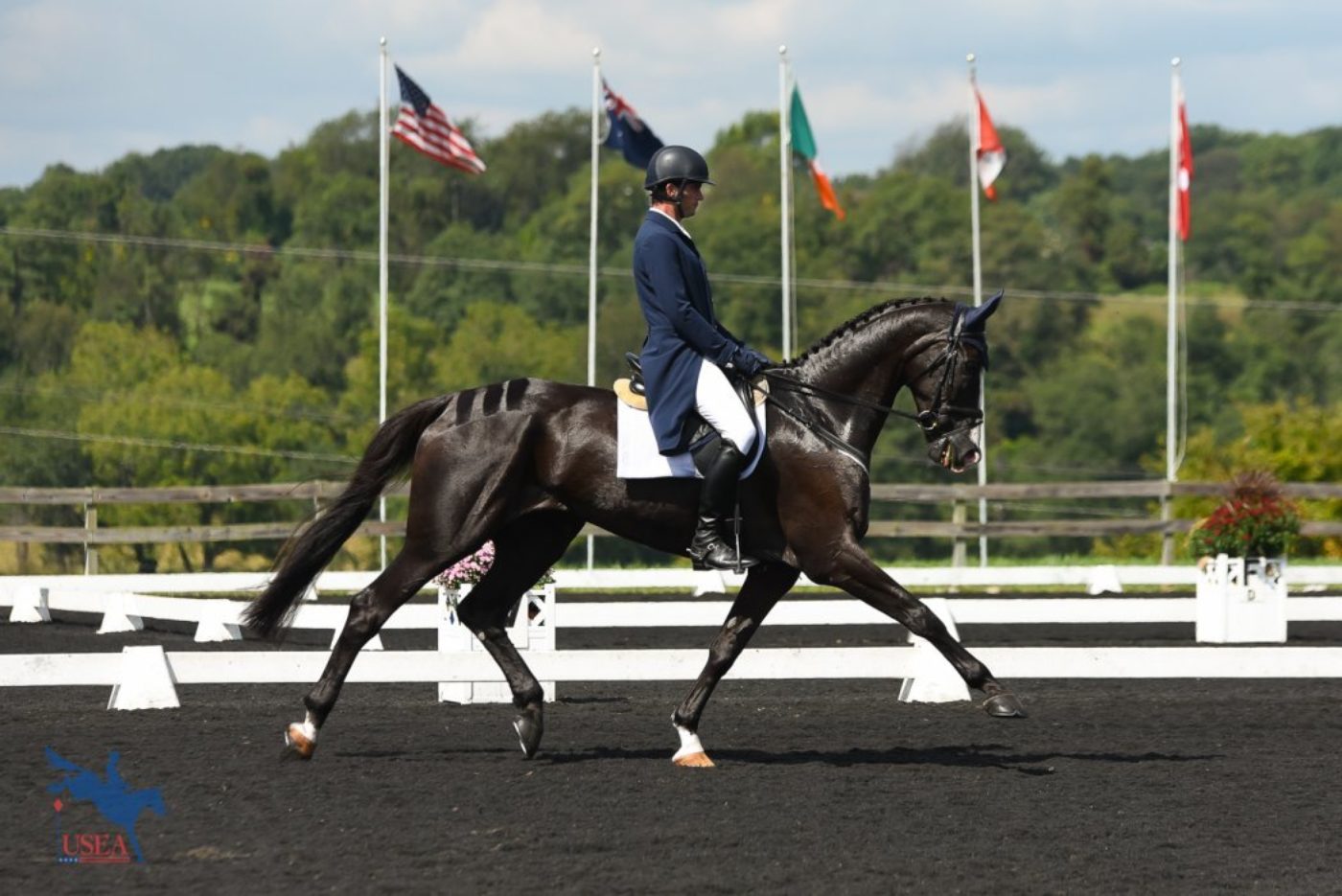 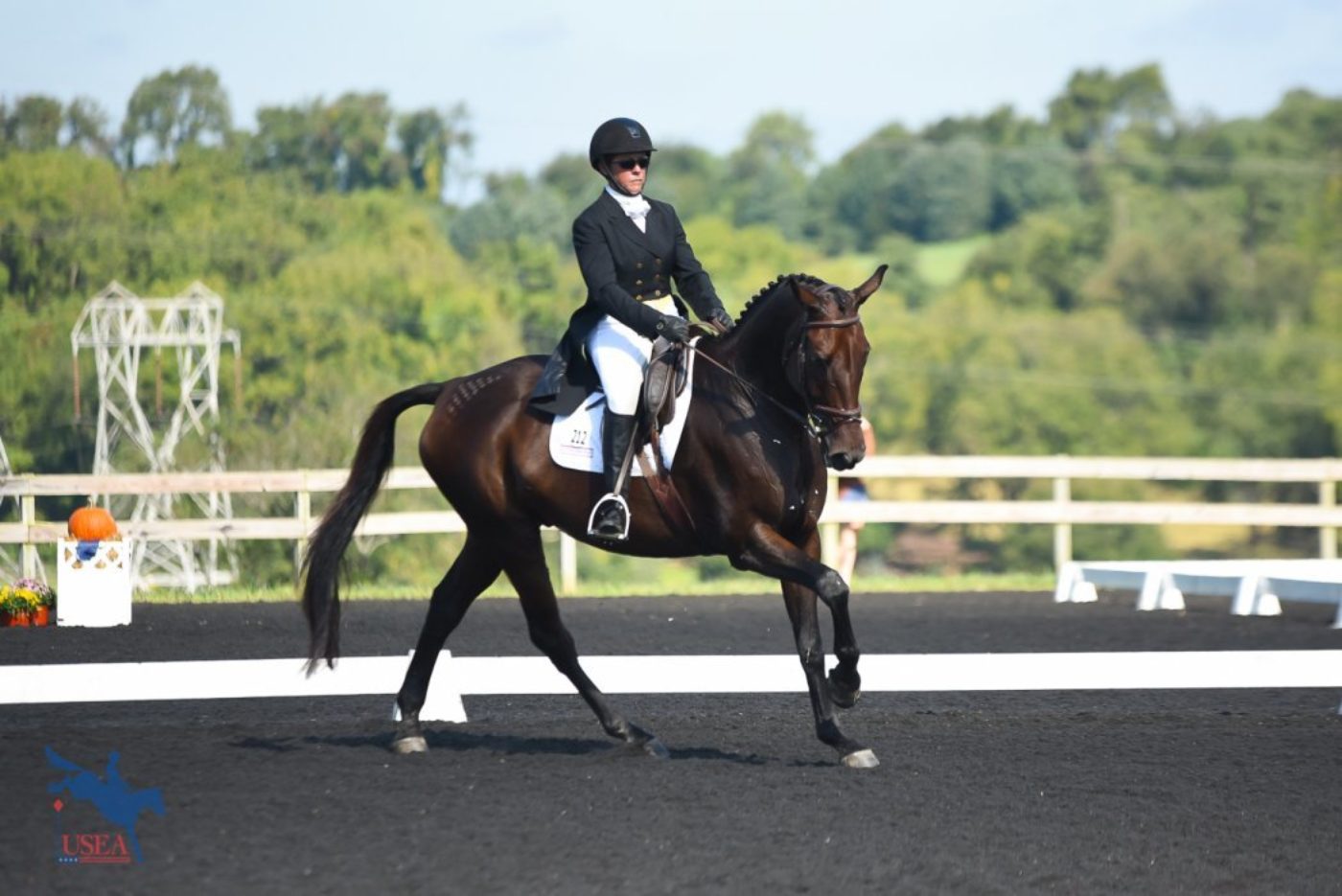