Starting off the year with the goal of improving themselves as equestrians, 19 young riders, selected from the five regional EA21 Clinics that took place in the summer of 2022, came together on Monday at Overlook Farm in Ocala, Florida, for the first day of the USEA Emerging Athlete 21 (EA21) National Camp. The weeklong camp which runs through January 6, 2023, got underway on Monday morning with an educational seminar led by EA21 Director of Coaching, Olympian, and U.S. eventing legend, David O’Connor.

Kicking off day one, O’Connor immediately took the riders outside for an icebreaker activity, asking them to stand in a circle and toss a basketball to each other, stating their own name, and the name of the person they were throwing it to, asking them to go faster and faster. The riders, who hailed from all over the country, did not all know each other, so this forced them to interact, learn each other’s names, and break out of their shells a bit. “Look around at each other,” O’Connor stated. “The 19 of you are going to grow up in this sport together and you’ll be competing against each other at the top of the sport. This is your community.” He congratulated them all on being selected for this program, and urged them to get to know one another throughout the week.

The day’s lecture focused on the fundamentals of riding on the flat, with an emphasis on thinking critically about how the riders can think proactively on what can be done to enhance their riding. He discussed terms such as rhythm, suppleness, contact, impulsion, straightness, and collection, as well as the primary rider responsibilities: direction, speed, rhythm (including balance and impulsion), and timing.

One of O’Connor’s key takeaways for clinic participants was how their ability to “give” while riding is the most powerful tool that they can use. “The hardest technique in riding is being strong and elastic,” he commented. He reminded each rider that once the horse answers each question, it is extremely important to respond to them with a release, followed by riding in a neutral position until the next movement needs to be communicated.

The lecture continued building on the theme of thinking critically about each rider’s position in their riding. One unique way that O’Connor challenged the riders to apply this critical thinking was through an out-of-saddle exercise. By having them stand in a similar way to how they would ride those maneuvers, the exercise illustrated to the riders what they are doing in their bodies to cue certain maneuvers, such as leg yields, half passes, shoulder-in, etc. O’Connor emphasized that no matter the movement, the rider should always have their shoulders parallel to the horse’s shoulders and their hips parallel to their hips. He also pointed out that while in the walk and the trot this body positioning is square to the horse, in the canter it is not because at this gait, the horse’s hips are not square, but rather tilted inside.. O’Connor shared that the rider’s hips should pair with the horse’s in order to stay parallel in the canter. O’Connor’s educational seminar was followed up at lunch with a presentation by the team at WeRideTogether, to help raise awareness about abuse within sports and how to prevent it. It spurred a thought provoking discussion about how to create a safer space within equestrian sports.

For the mounted portion of the day, riders split up into four small groups and focused on applying what they discussed in the morning lecture to their own riding. Each session began with O’Connor assessing each rider’s ability and then giving them pointers on how to improve. As several of the riders made the trip from the Western regions of the U.S., seven of them were riding generously donated catch rides for the first time, and getting to know their horse and how they respond to different cues was a large part of those riders’ sessions. The catch mounts ranged from a more green 5-year-old to a more seasoned 4-star horse aiming for a 5-star.

“I thought the opportunity to catch-ride was great because you get the opportunity to learn to ride different horses. You are not always going to have the horse that you are used to in your back pocket if you want to be a professional and go through the levels of the sport,” commented Reno, Nevada young rider Sarah Ross. “You are going to have to ride different types, breeds, talent levels, and so having the opportunity to ride something new is really educational on top of watching David ride and teach. And after listening to his lectures, it was fascinating seeing how it all comes down to the basics and how the basics can be applied in the same lesson which has a very competitive, going three-star horse and a green five-year-old and it is the same ideas and executions with two different results.”

The riders went through each gait with an emphasis on how their seat can influence their ride. This built on the concept presented during the morning session of how the seat dictates tempo and stride length. O’Connor reflected that riders can utilize the speed of their posting, the position of their seat, and other factors to influence their horse’s gaits in order to collect and lengthen strides in the trot and canter, ultimately leading to relying less on one’s hands and more on the seat.

Each session consisted of drill team style riding where all riders did the same maneuvers in unison. They did each of the gaits following each other in a line and also did some maneuvers “as a ride” where they all turned at once. Whenever they would turn as a group, it was important for each of them to get back to the rail at the same time to maintain the desired rhythm and pace. O’Connor wanted each rider to focus not only on their own riding but also to watch the horse in front of them for what they were doing as well to maintain harmony.

EA21 participant Julia Beauchamp Crandon, of Redwood City, California, is also riding one of the catch rides throughout the weeklong camp. At the end of the first day, she reflected on how the morning’s education session tied directly into the practical riding sessions later in the day.

“Something that really stuck out with me in the morning lecture was going through the training scale and learning the theories behind each aspect and why it is so important to master each part before moving on to the next, as well as how to apply these tools and what they mean. One prime example I thought was extremely beneficial was where [David] demonstrated how the seat can have either a positive or negative effect on a movement depending on how the aid is applied. We saw this during the riding sections when we practiced simple changes and it was blatantly obvious to the observers how each rider’s aids were improved by the end, therefore producing a better outcome in the horses.”

Salinas, California resident Ella Garcia also found that applying O’Connor’s morning lecture points to getting to know her catch ride for the week especially beneficial. “When David explained his theory of dressage this morning in our lecture, of course it all made sense but as we were riding through it, it was word-for-word exactly what we had just taken notes on. The difference in every horse by the end of each lesson was unbelievable just by changing the smallest things. It was especially apparent to me on my catch ride horse as I don’t know him very well. We talked about why we were having the problem, rather than just saying something basic like, ‘they aren’t correct.’ Instead, we talked about why the horse wasn’t correct, what was causing it, and we fixed that. I learned that saying broad terms in dressage doesn’t make you better I learned– you have to specify. I loved every exercise that David had us execute today and cannot wait to take them home to my own horses. I am so grateful to be here.”

Day one was filled with lots of information for the participants to think through and then apply. From the classroom to in the saddle, the riders were able to focus on how their seat can affect their ride and practice ways in which they can better harness this aid in their riding. The concepts of day one laid a good foundation going into day two, which will focus on show jumping.

The USEA would like to thank Sara Kozumplik and Overlook Farm South for hosting the EA21 national camp.

Read more about the USEA EA21 National Camp in the Fast Facts here.

About the USEA Emerging Athletes 21 Program

The purpose of the USEA Emerging Athletes 21 program (EA21) is to identify and provide consistent quality instruction to the next generation of elite event riders. The aim is to create a pipeline for potential team riders by identifying and developing young talent, improving horsemanship and riding skills, and training and improving skills and consistency.

The USEA Emerging Athletes 21 Program was launched in 2022 with a model of five summertime regional clinics taught by selected USEA Eventing Coaches Program (ECP) instructors, leading to a winter national camp consisting of selected Young Riders from the regional clinics. Athletes who are 21 years or younger, are current members of their USEA Young Rider Area program, and are established at the Training Level or higher, are eligible to apply for the EA21 program. Applications for the 2023 regional clinics will open in January/February, 2023.

The USEA would like to thank Kerrits, WeRideTogether, and Ride iQ for their support and sponsorship of the EA21 national camp. 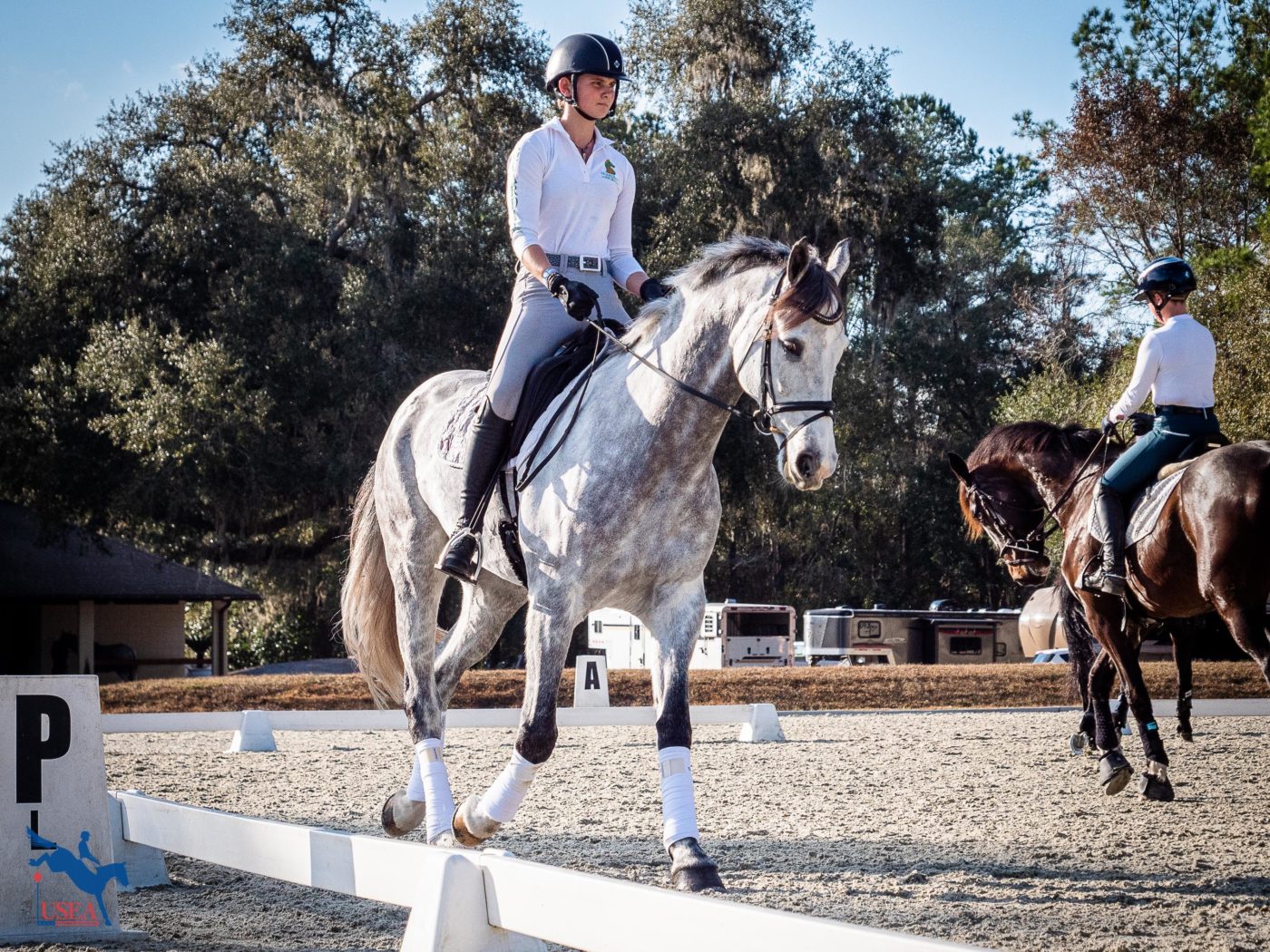 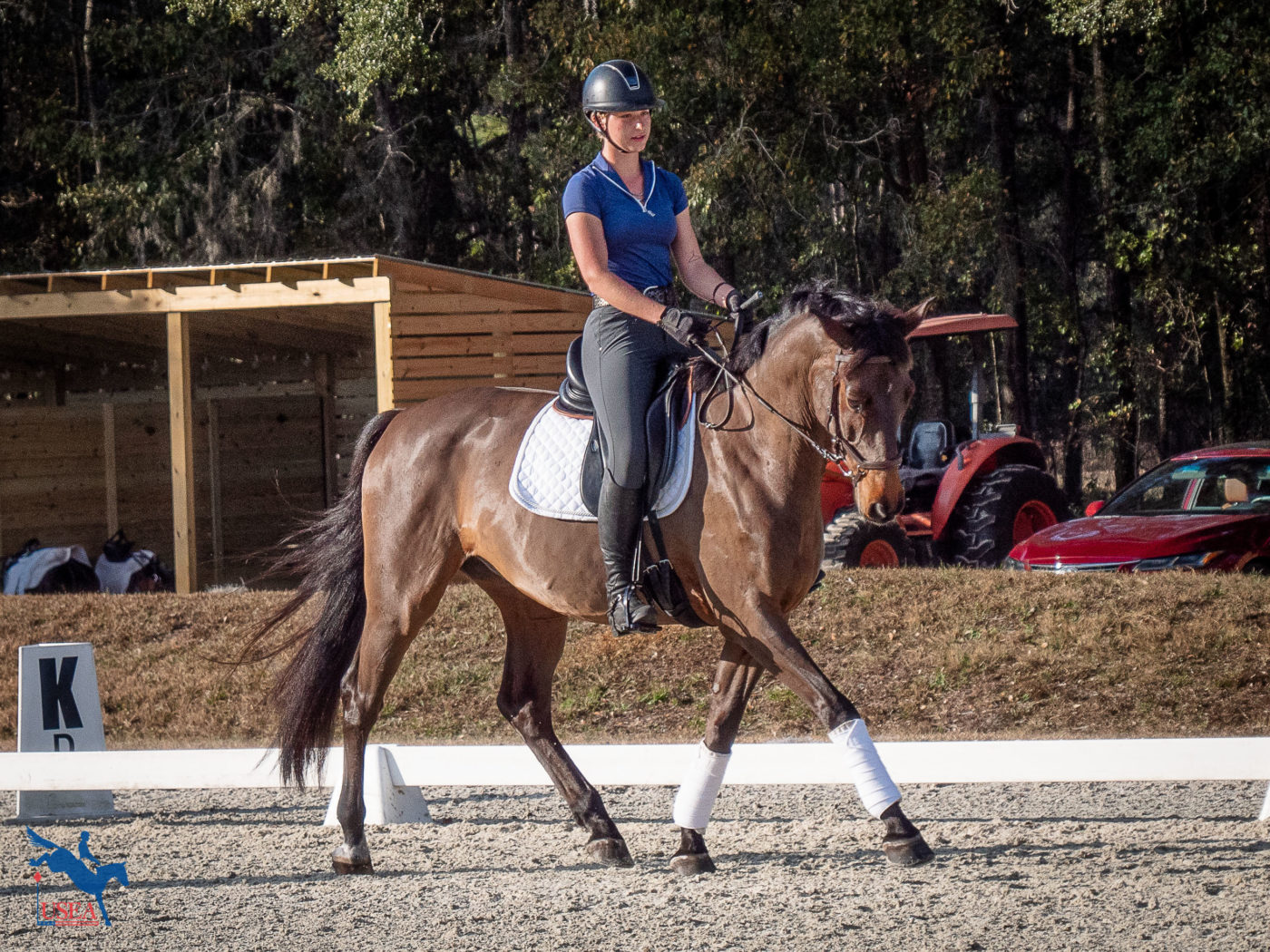 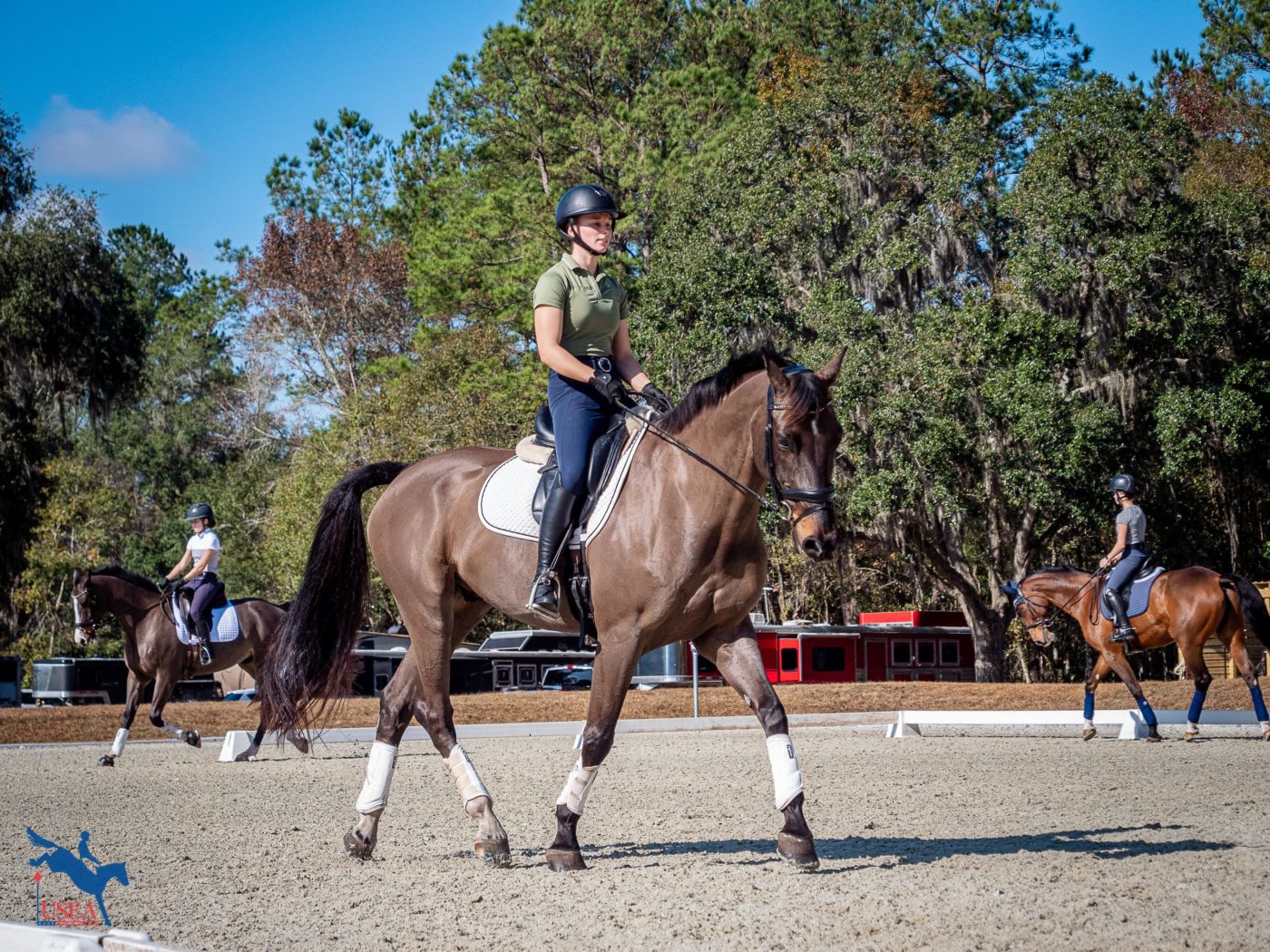 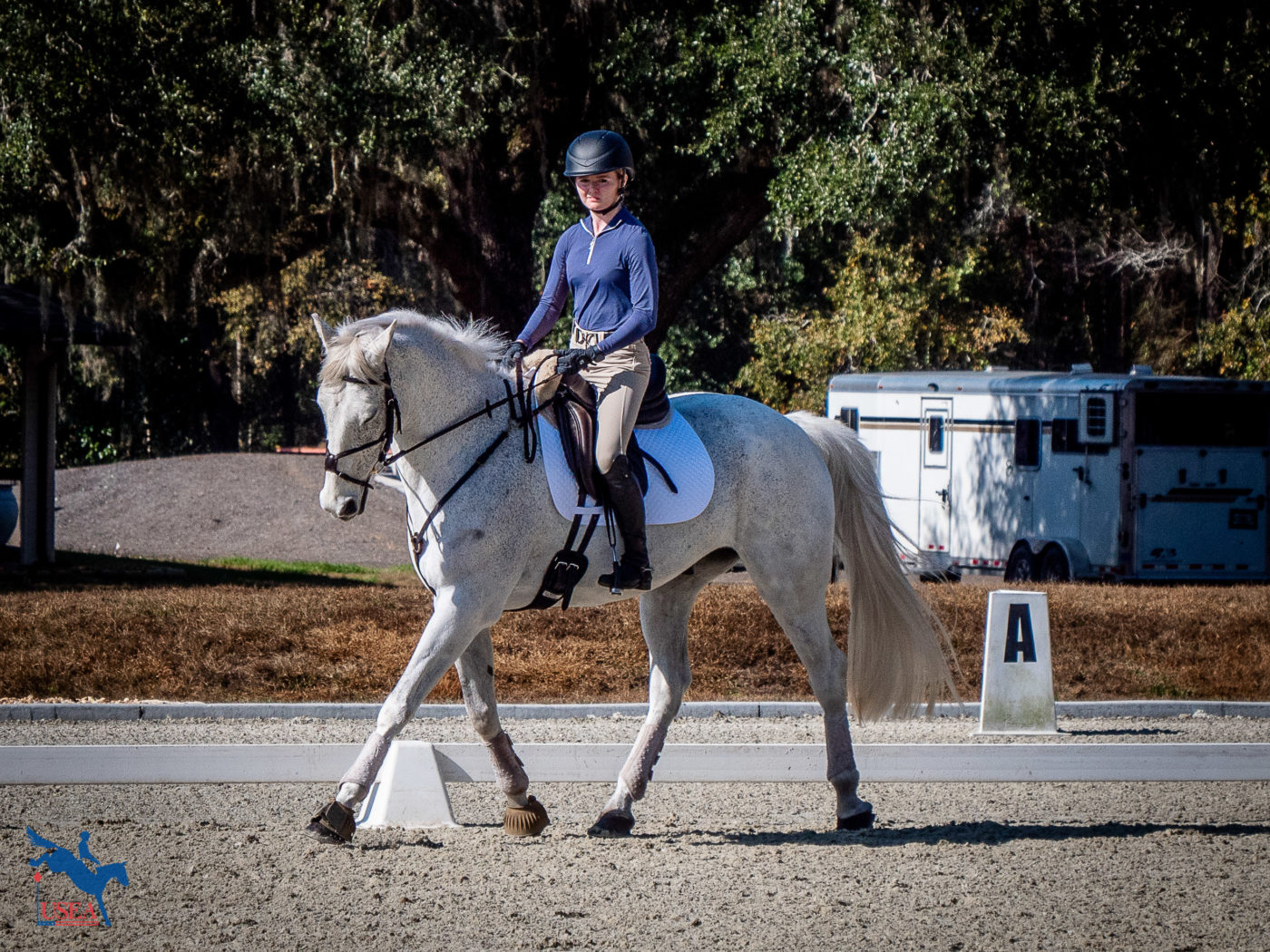 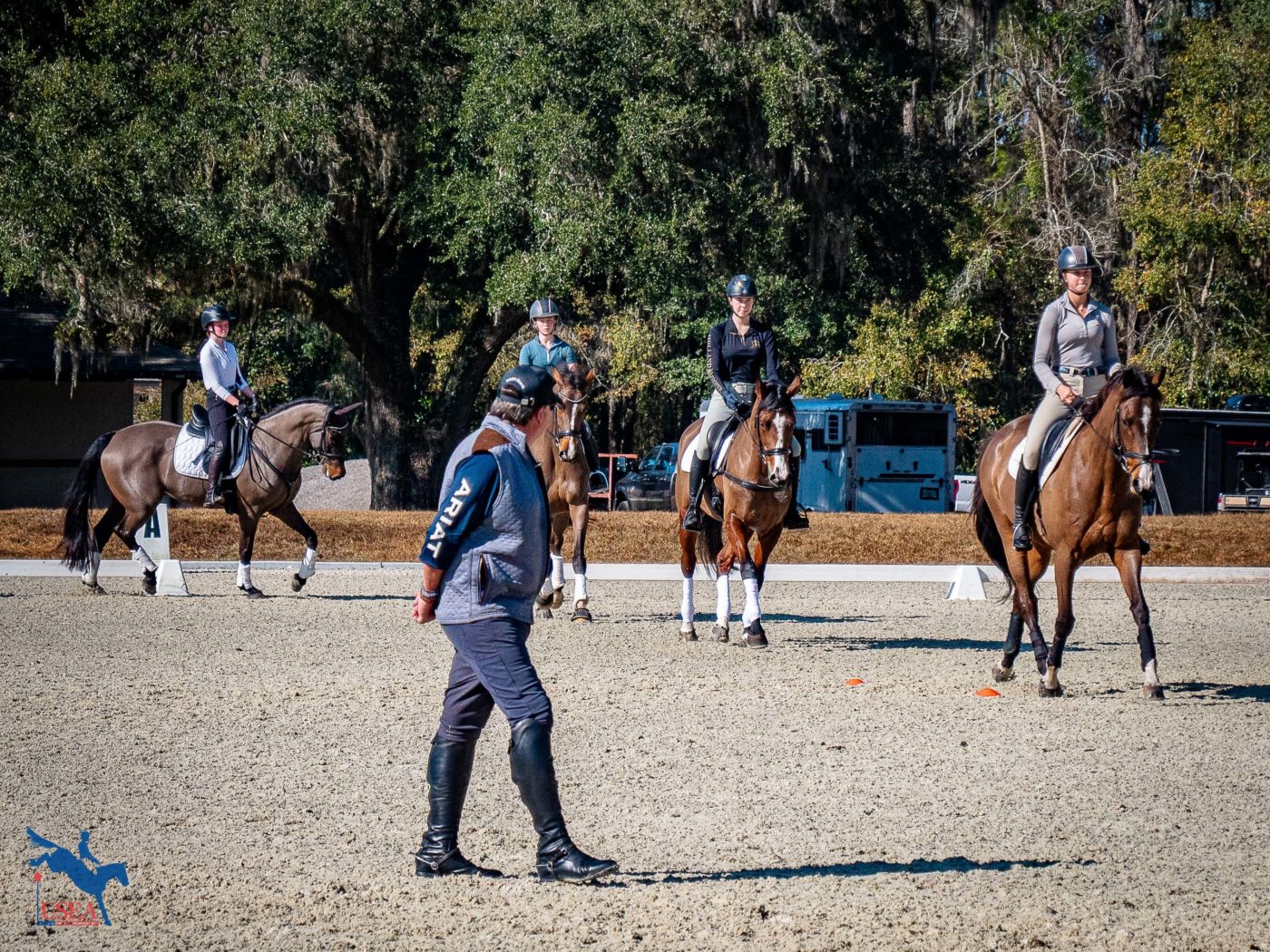 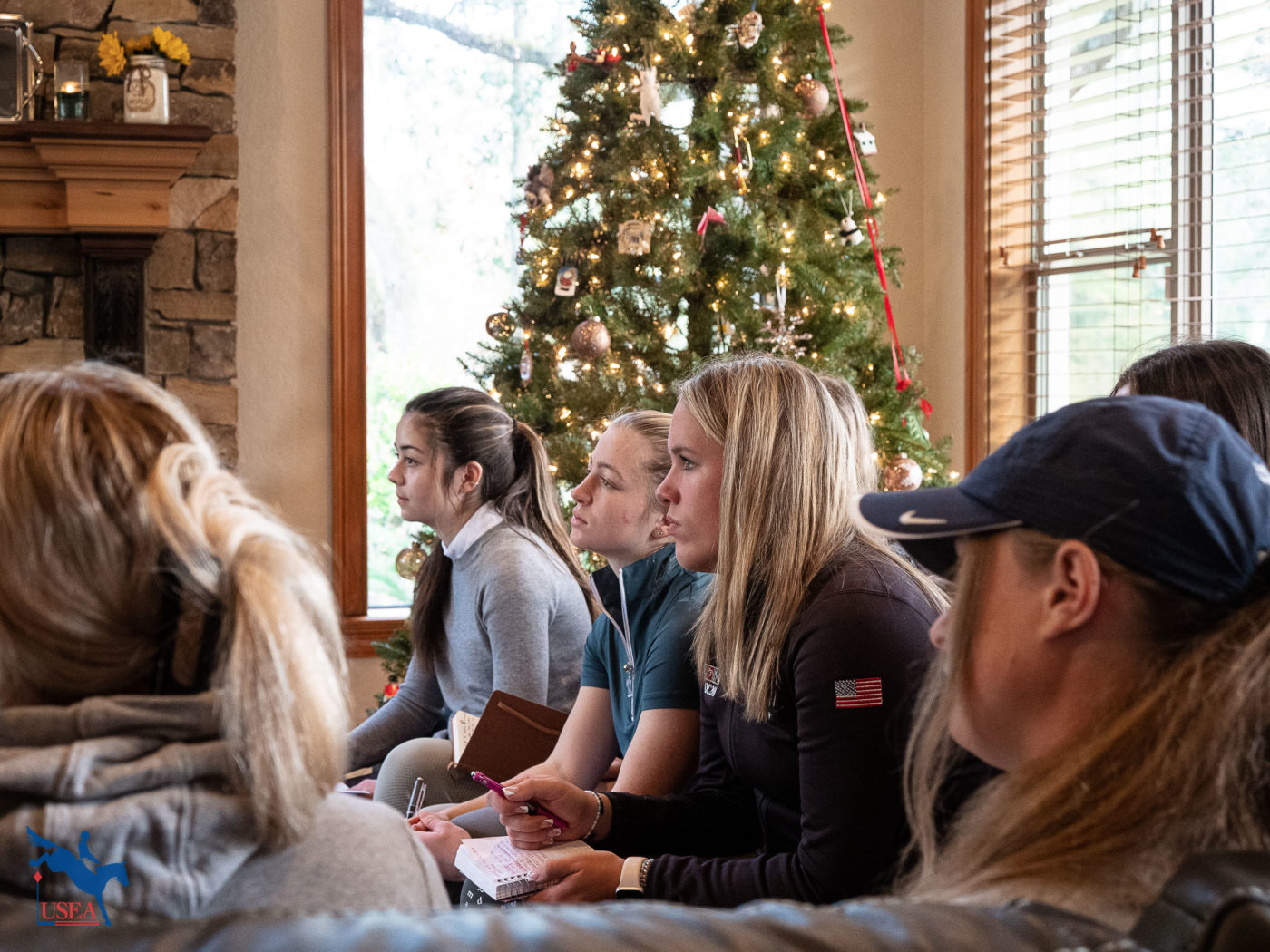 Introducing The New Modified Rider Division at the 2023 AEC