The forecasted downpours held off until the last horse and rider crossed the finish flags during the CCI5*-L cross-country at the Maryland 5 Star today, confirming the event’s decision to move up the start. The majority of riders had sunny skies and a cool breeze as backdrop to tackle Ian Stark’s five-star course across the sprawling grounds at Fair Hill in Elkton, Md. Before cross-country there was much chatter about the testing terrain, but 11 pairs managed to make the time despite the hills. At the end of the day, the top three riders held onto their podium positions going into show jumping tomorrow with overnight leader Oliver Townend and Cooley Master Class (Ramiro B x The Swallow) impressing all who watched at each and every question.

“It rode well all-in-all, the top-class horses coped with it extremely well,” said Townend of today’s track. “Some of the real good gallopers made it look like a walk in the park. The time was not difficult to get with those good horses, but at the same time, there were some nice challenges set by Ian. Some good technical questions, obviously the corner [at 17] looked big and scary which is what you should have at a five-star. My horse gave his all and we came home very well.”

On his plan for tomorrow with Angela Hislop’s 16-year-old Irish Sport Horse gelding, Townend isn’t overthinking it. “We will just make sure they feel good before they go to bed and they fully recover and have everything they need. Hopefully, he presents well in the morning and we will go on from there, one step at a time.”

As New Zealand rider Tim Price crossed the finish line with Xavier Faer (Catherston Liberator x Faerie Dazzler) today, who he co-owns with Trisha Rickards and Nigella Hall, he became the first rider to complete all seven international five stars. The pair remain in second after a classy cross-country trip brought them home 14 seconds under time.

“You’ve got to enjoy it while it is there for you with a horse like [Xavier Faer] and the partnership that we have got,” said Price of his ride today with the 15-year-old British Sport Horse gelding. “He is great fun and today I felt like I could enjoy it a little bit. But you don’t want it to come up and feel like you were being a little bit casual, there are definitely times where you have to put your leg on and be sure of the job in front of you. It’s just a combination of those things.”

Regarding his experience at the Maryland 5 Star so far, Price shared: “I think what is important about any five-star event in the world is that they are their own brand. And [the Maryland 5 star] feels like it has an identity for itself. I am sure we will see a lot of development and evolution over the coming years which will be exciting to come back to.”

The U.S.’s Boyd Martin and the Turner Family’s 15-year-old Anglo European mare On Cue (Cabri D’Elle x On High) held tight to their third-place position on a score of 25 after coming in eight seconds under optimum time following cross-country.

“On Cue gave me a wonderful round today,” Martin reflected. “I had the luxury of sitting back and watching [Townend and Price] make it look easy so by the time I went I knew the distances that suited each combination. I knew that my horse is fit and is a great galloper, so I knew if I could keep her on her feet and get her through the jumps that she should make the time. She had plenty of gas left and we had a lovely ride up to the last fence, it felt like we were on a racecourse. On Cue gave me everything she had today and felt fresh and ready to go for tomorrow.”

“I love this venue,” Martin said of Fair Hill. “It’s got that aura of a championship with the race track and the beautiful ring for the dressage and the show jumping. I think this cross-country course was fantastic. It had everything- the technical questions and it was a real test of endurance. Like Oliver said, the top-class horses made the trip look good and the greener horses struggled a little bit. Obviously, you want to bring a real good athlete to the [Maryland 5 Star] and I think this event is going to evolve in years to come to be the world’s greatest five-star.”

While three leading positions remained unchanged, there was some shuffling in the top 10 as Great Britain’s Harry Meade and Superstition, New Zealand’s Jonelle Price and Classic Moet, and U.S. pairs Lauren Nicholson and Vermiculus, Phillip Dutton and Sea of Clouds, and Will Coleman and Tight Lines all put in double clear rounds to move them up the leaderboard. The only rider to have time faults and still climb the rankings was Jennie Brannigan and Stella Artois who only added 1.6 time faults to their dressage score of 28.5 to now sit in sixth on a score of 30.1.

Australia’s Ema Klugman opted to retire Bendigo near the end of the course. Buck Davidson and Carlevo, Holly Jacks Smitherand Candy King, Colleen Rutledge and Covert Rights, Fylicia Barr and Galloway Sunrise, Caroline Martin and Islandwood Captain Jack, and Phillip Dutton and Fernhill Singapore all parted ways at various points across the track. All horses and riders are safe and sound and resting up back at the barns. 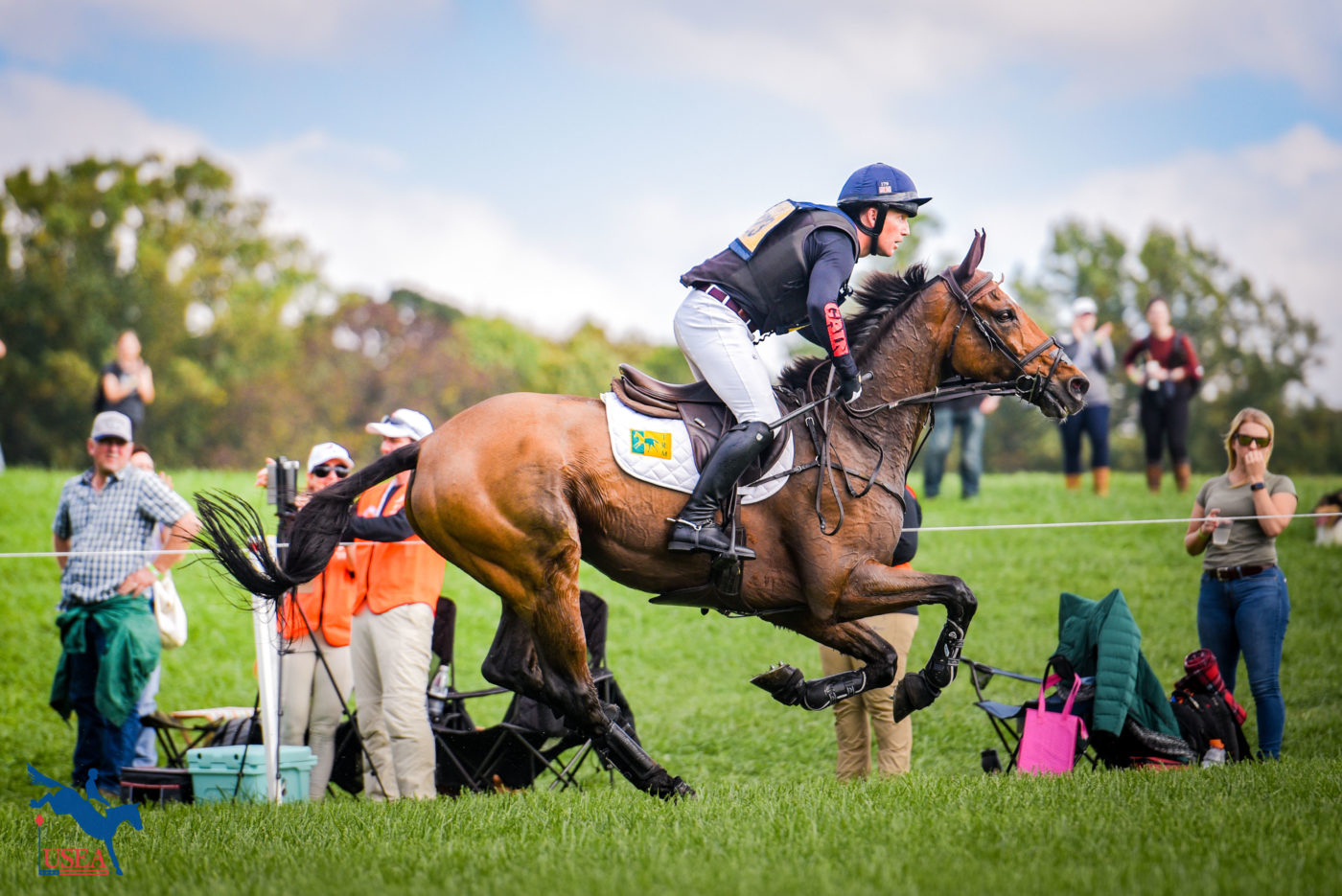 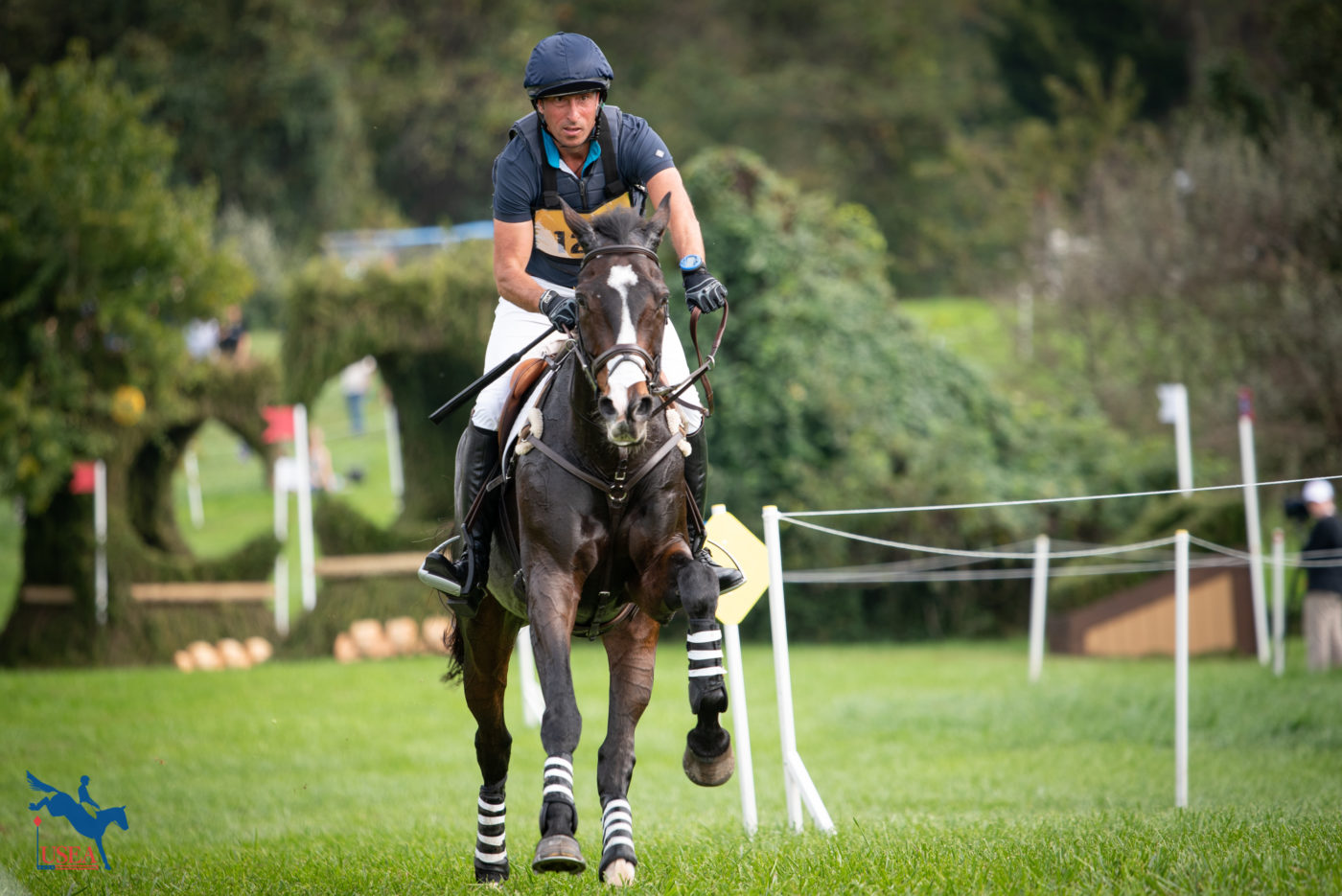 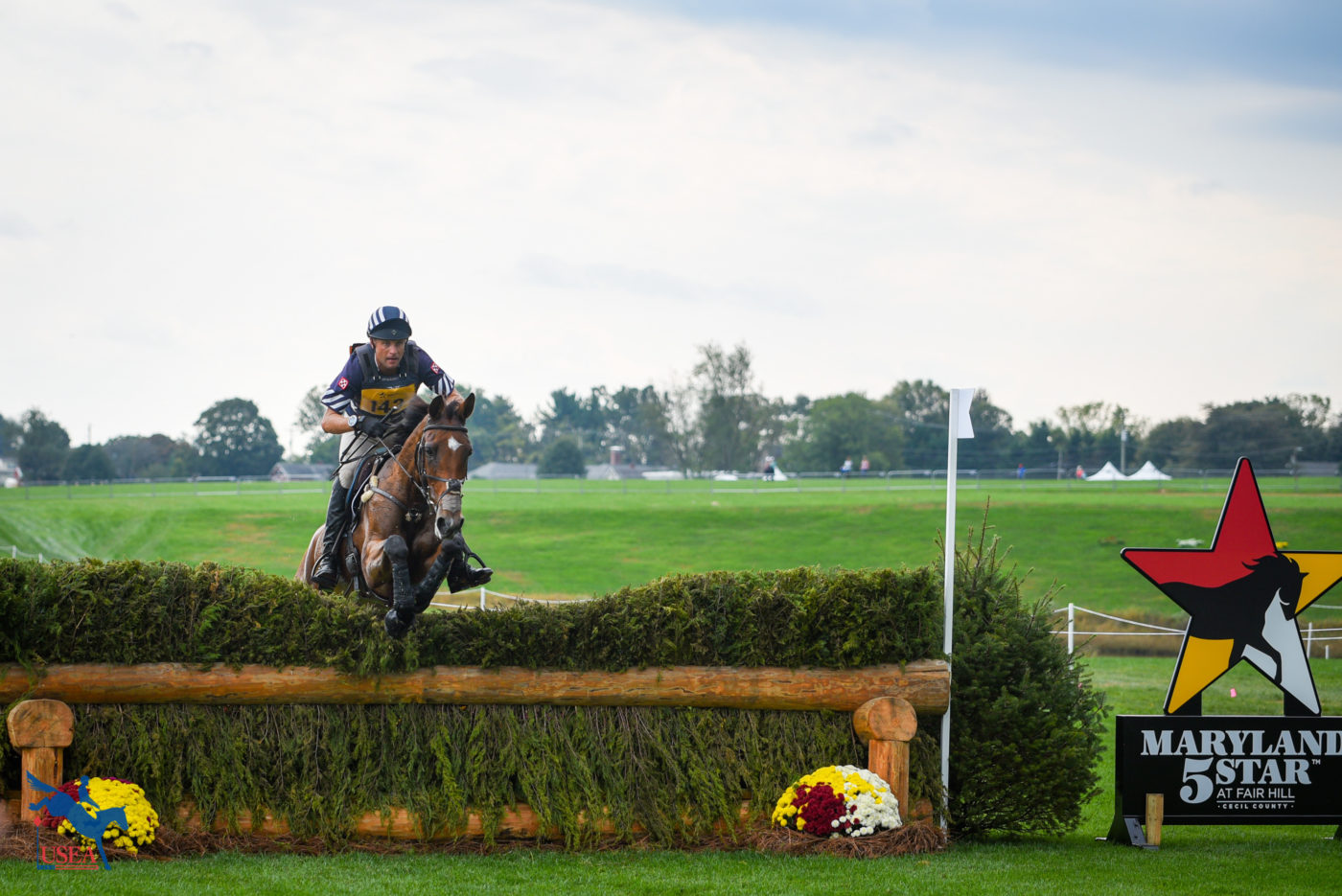 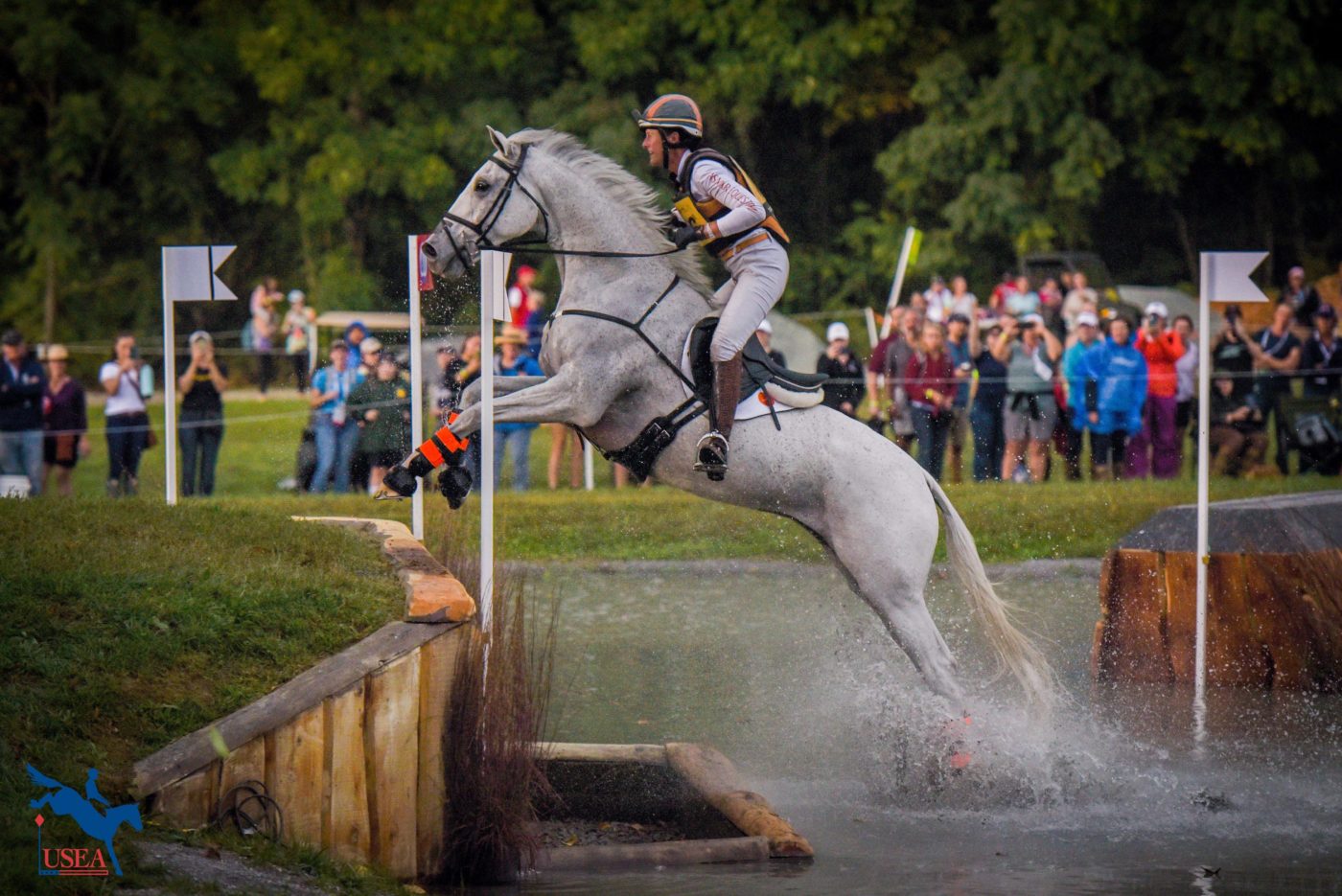 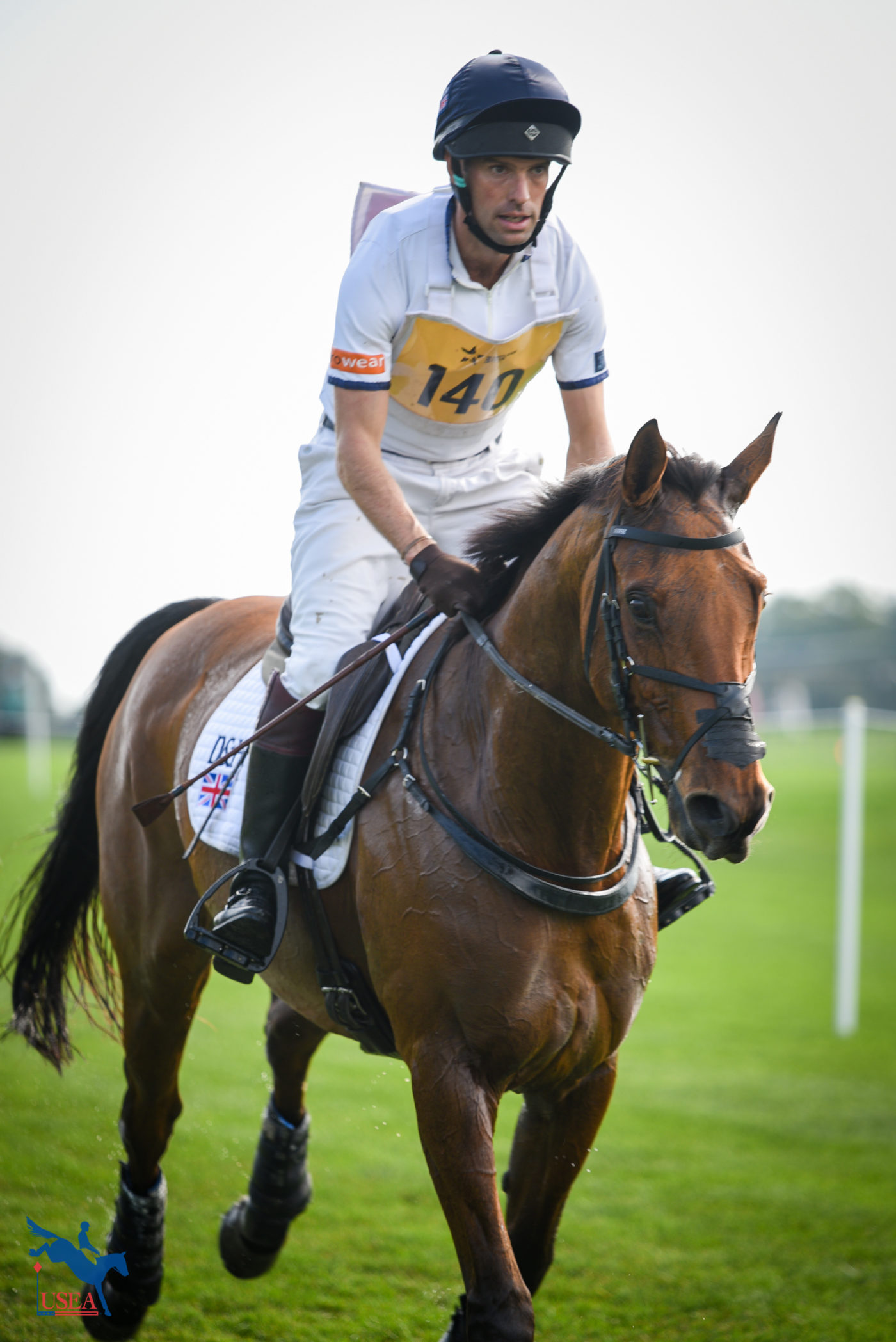 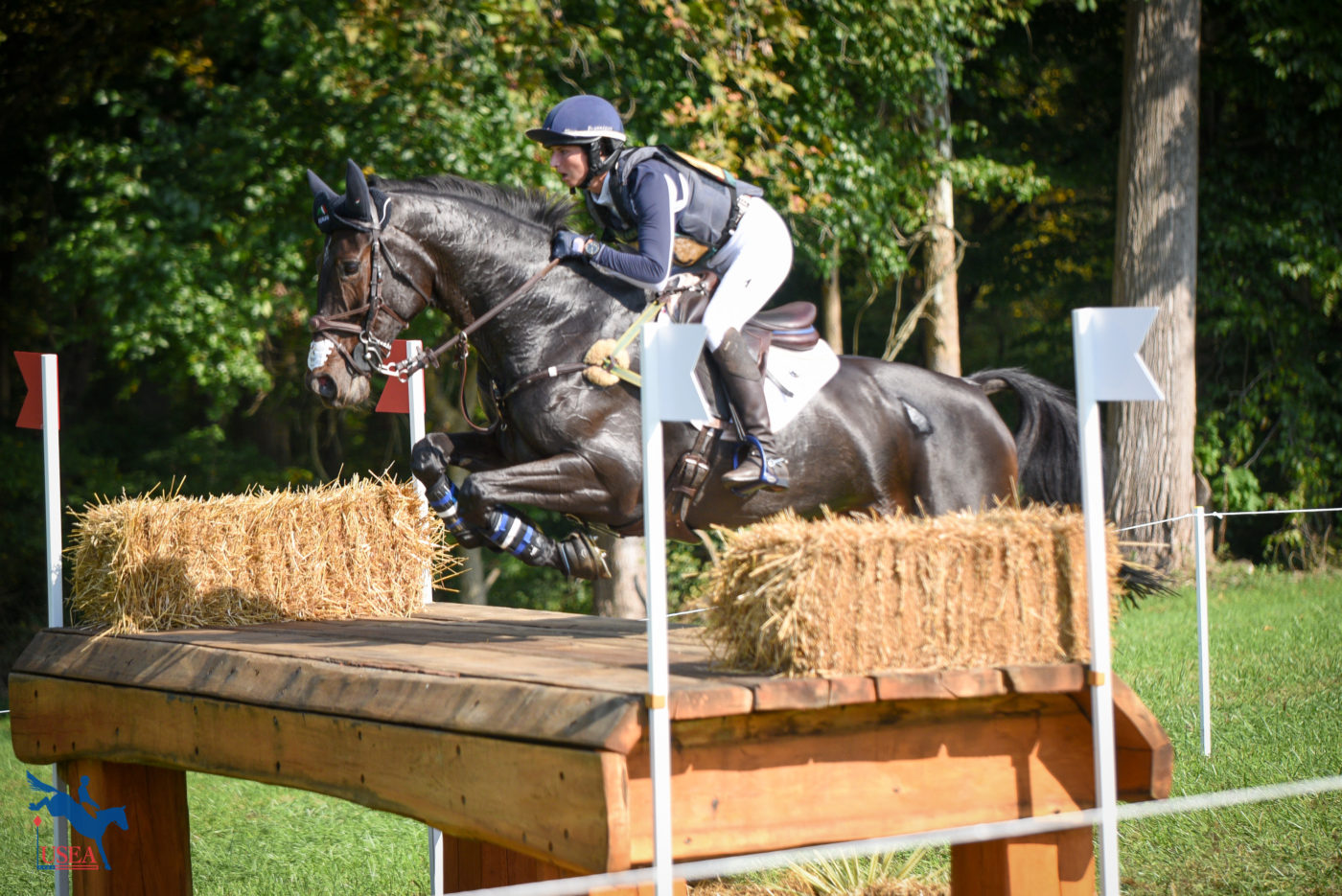 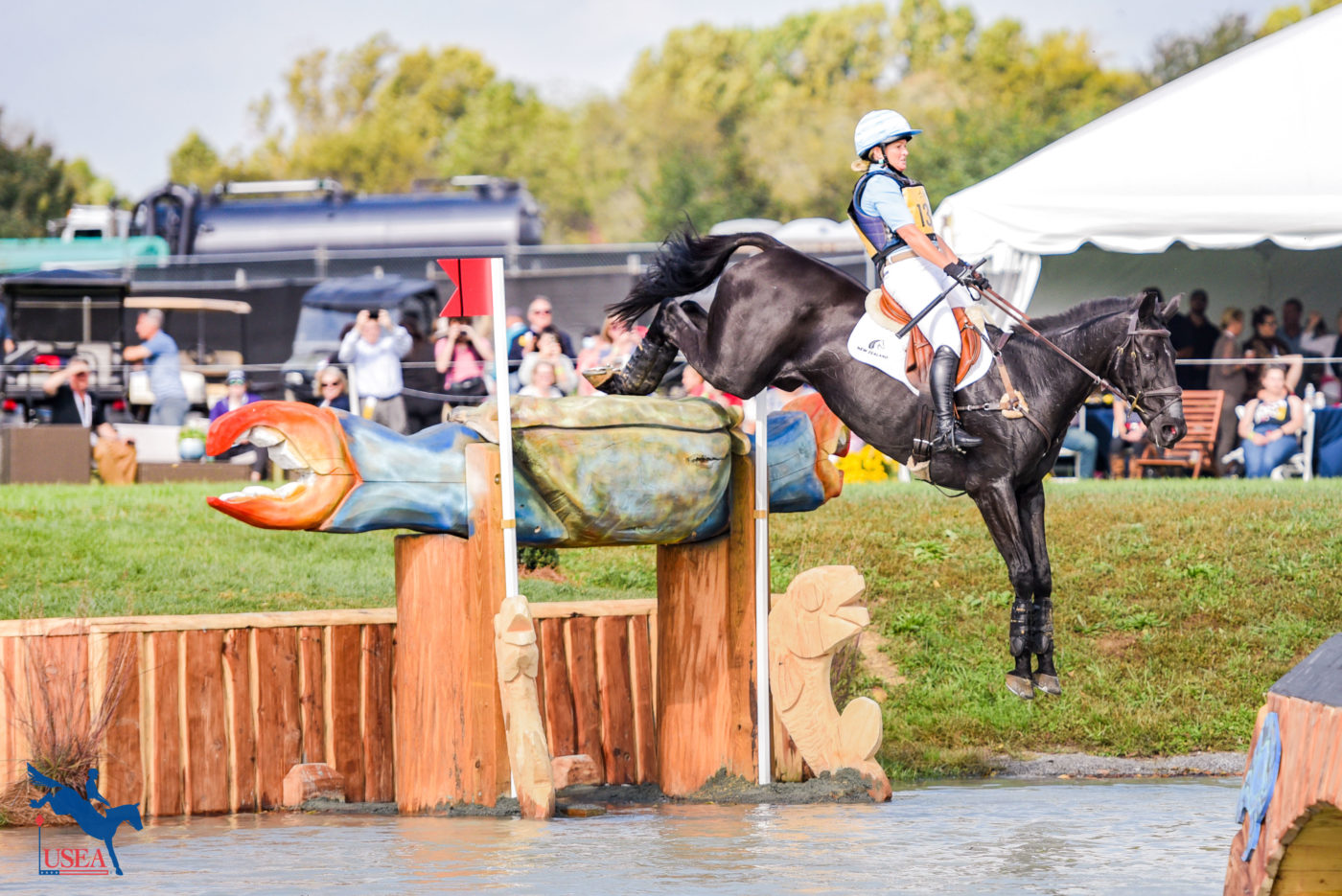 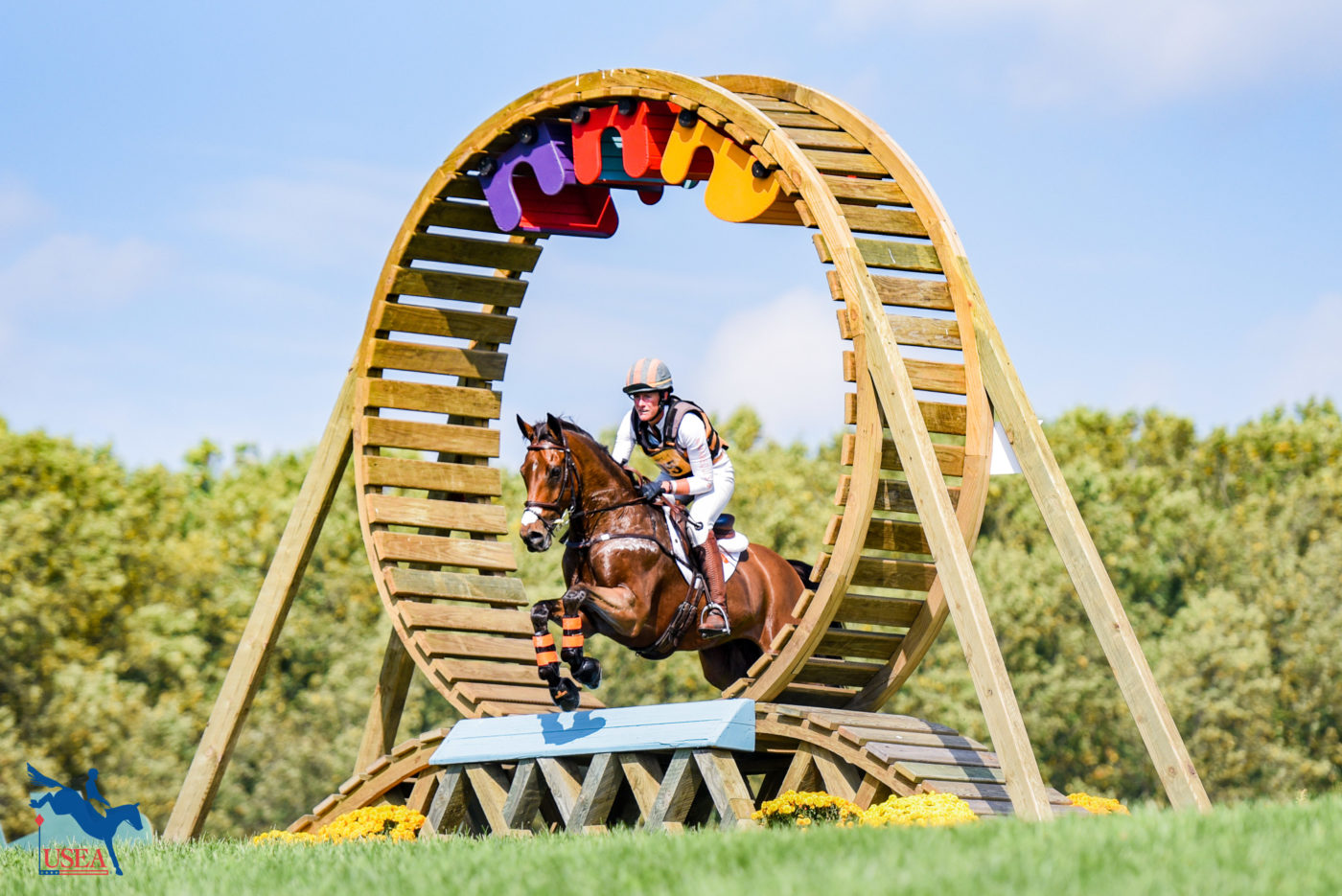 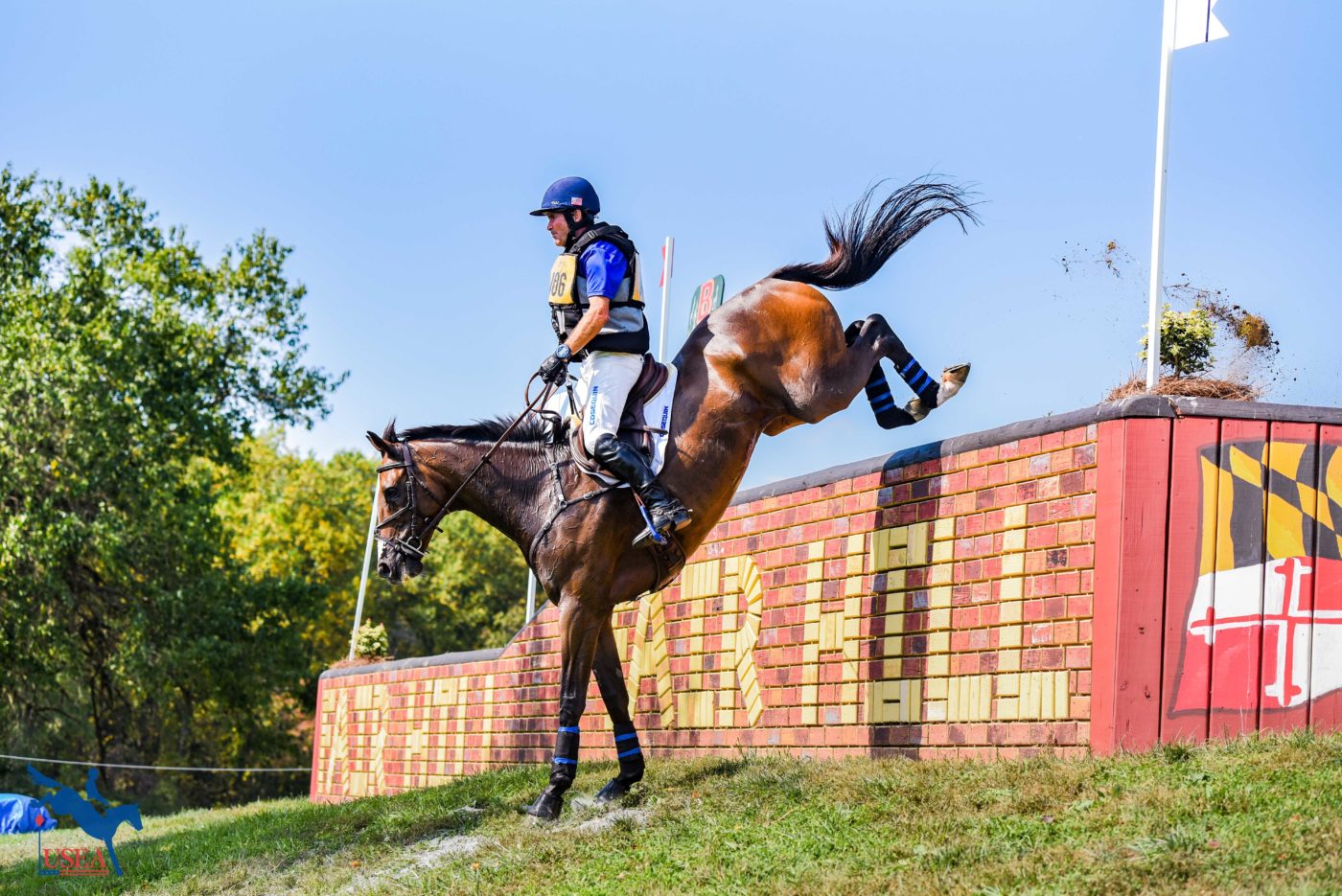 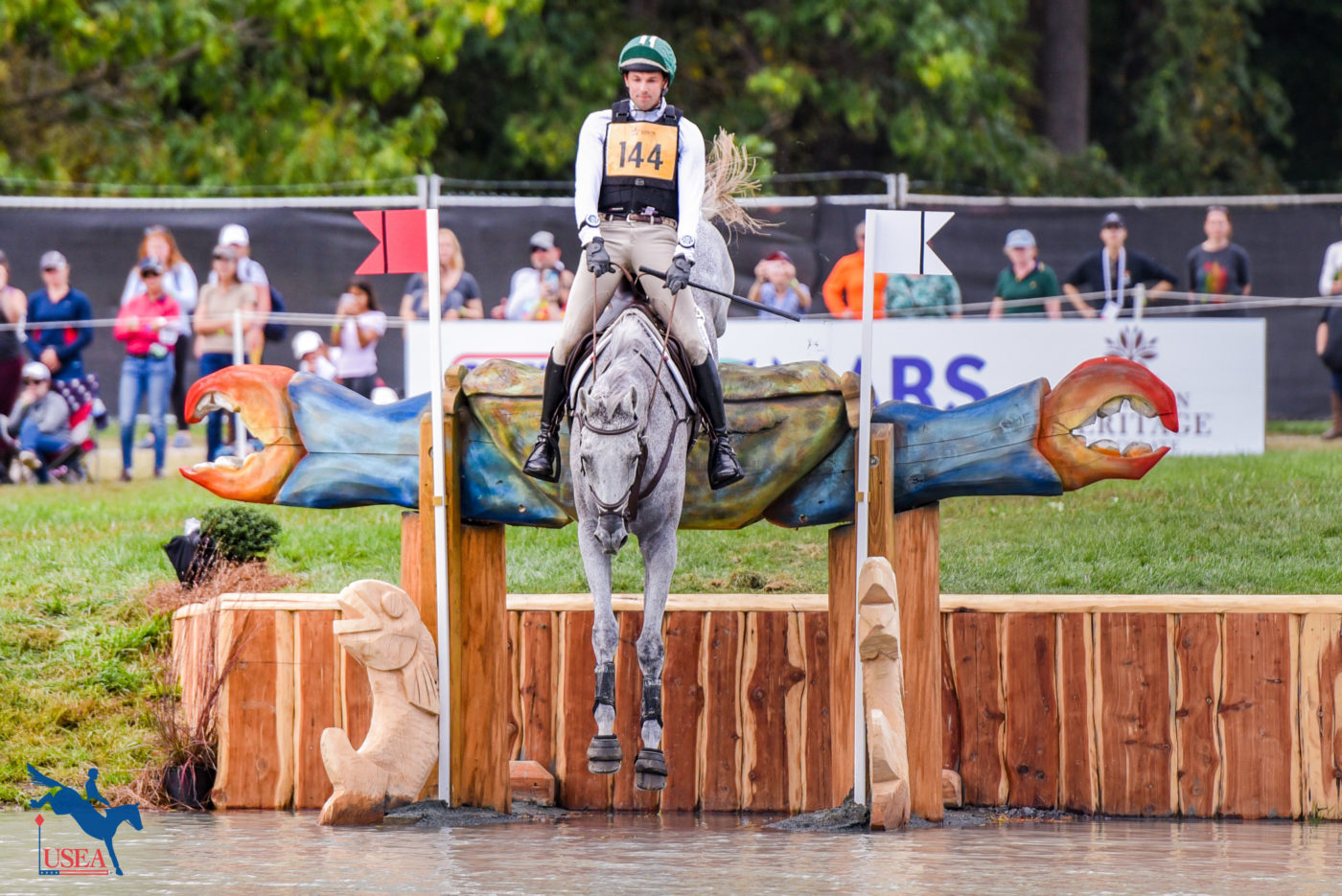