It’s been 13 years since an American has stood atop the podium at a five-star event, but Boyd Martin broke the dry spell today with the Turner Family’s 15-year-old Anglo European mare On Cue (Cabri D’Elle x On High) as the winners of the first-ever Maryland 5 Star at Fair Hill. It was a thrilling down-to-the-wire finish where Martin and On Cue climbed from third to first to take home champion honors with just 0.1 points between him and second-place finisher and weekend-long leader Oliver Townend.

Just 33 of the 34 horses who passed the inspection this morning trotted into the arena at Fair Hill for the final phase of competition after Emma Lomangino and Master Frisky withdrew prior to the 1:00 p.m. start time. At first, it appeared as if riders would have no trouble over Ken Krome’s 16-effort show jumping track as the first two pairs to tackle the course, Will Faudree and Pfun and Ashlynn Muechel and Emporium, issued double-clear rounds, however, it soon became clear that those rounds would be few and far between. Only 10 combinations in the field would put in clear jumping rounds, with 10 pairs having one rail down, five pairs having two rails down, five pairs having three rails down, and three other pairs having four, five, and six rails down each.

There was some major shuffling in the top 10 as each rider crossed the timers, some with a few rails in hand. As the field narrowed down to the top three, the tension in the air could be felt all around the ring. Sitting in third place, Martin knew going into the final phase that not only was it important to jump clear but to make the time as well.

“I looked at the scoreboard and knew that to win it I had to make the time as well as jump clear but to make the time you had to chance how you are going to ride it since the time was a bit tight,” said Martin. “I feel a little bit lucky, I tried to ride fast and quick through the turns. To be honest, I was just thrilled that she jumped clear and just walking out of the ring I was just wrapped [up] with the way she jumped, she has so much heart and desire.”

Tim Price and Trisha Rickards and Nigella Hall’s 15-year-old British Sport Horse gelding Xavier Faer (Catherston Liberator x Faerie Dazzler) sat in second following cross-country on a 24.3 but pulled an unfortunate rail at the second fence that would add 4 points to their score. At the end of the day, their final score of 28.3 would shift them from second to third.

It all came down to overnight leader and Olympic Team Gold medalist Oliver Townend aboard Cooley Master Class (Ramiro B x The Swallow). Sitting on an overnight score of 21.1, Townend and Angela Hislop’s 16-year-old Irish Sport Horse gelding seemed to have a solid lead above his competitors and the stands were silent as Townend jumped the first three fences. But as the pole on fence four teetered and then hit the ground, a gasp could be heard in every corner of the stadium. The crowds erupted with murmurs as spectators came to the realization that Townend’s rail in show jumping had just launched Martin, who went into the final phase on a score of 25.0, up the leaderboard to the first-place position by just 0.1 points. Those murmurs turned to cheers when the announcers confirmed that Martin had just won the Maryland 5 Star. America finally had a victory on home turf and at a first-time event at that.

When asked how it felt to bring home this victory, Martin shared: “It’s bloody nice, I am usually sitting on either side of these two blokes. To be quite frank, Oliver and Tim are on super jumpers and I just really was hoping to finish in the top five today. On Cue just really gutsed it out today and jumped around. Lady luck was on our side, we bumped and thumped a few poles and never had one come down. I couldn’t believe I actually had a clear round. I would’ve been happy with third or second, so to win is a great honor and great privilege. These two fellas are two riders who I have sort of idolized and looked up to and also learned from their mentality and their championship ideology. Today was On Cue’s day and it was great to win it.”

On Cue has had a spectacular year having won the title of National Champion after placing fourth at the Land Rover Kentucky Three-Day event and winning the $60,000 Adequan USEA Advanced final at the 2021 USEA American Eventing Championships presented by Nutrena Feeds. Martin shared that she currently has two foals on the ground, a 2-year-old and a 5-year-old, but he anticipates owner Christine Turner will want to grow that number after this weekend’s finish.

“I actually tried to buy her when she was a young horse,” Boyd said of On Cue. “When she was sent to me, it was to be sold. I had always loved the horse and fancied the horse, thought she was amazing. I convinced Christine to keep going with the horse a bit. She’s everything you dream of in a horse. She’s got movement and gallop, she is a real trier. She is elegant, she’s a real mare. Coming into this event, I thought I had a chance just because she has been so good this year.”

While today may not have been the result third-place-finisher Price had hoped for, he had a lot of respect for his horse and the men he shared the podium with. “Today was actually not a spotless round. There was a lot of crashing and bashing about. Having the second down is not a great beginning to your round but he’s a trier. He is a very simple horse. He just needs the right energy and we get away with it most of the time and we got away with most of the time today including the last fence which was set on the edge on the edge of the cup. I am very pleased with the result and to just be up here again with all of these boys I couldn’t be prouder.”

“I have so much respect for Boyd,” said Townend. “When I got off [of Cooley Master Class] I said I was very happy with the way our horse jumped and I was very happy for Boyd as well. Some days are meant to be your day and some days aren’t meant to be your day, and today was Boyd’s day. He has taken some knocks, the sport is tough, but to be sat with Boyd and Tim for me is a privilege because they’re riders I actually have a huge amount of respect for. They’re both working boys, they’re both very normal lads. For all three of us to be in the position that we are in is a huge privilege. It does show normal people, and we are all three definitely normal people, that if you work hard you can make it to the pinnacle of this sport. That is the message I want to get out to any kid that is thinking, ‘I can’t do it because I am not from a wealthy background.’"

The inaugural Maryland 5 Star has been years in the making and unfortunate delays made the completion of the event this week an extra special moment for all involved. There was a total four-day attendance of 20,886 people, with over 10,000 of those spectators coming together on Saturday for cross-country. The Maryland 5 Star will return to Fair Hill in 2022 on October 12-16, 2022. 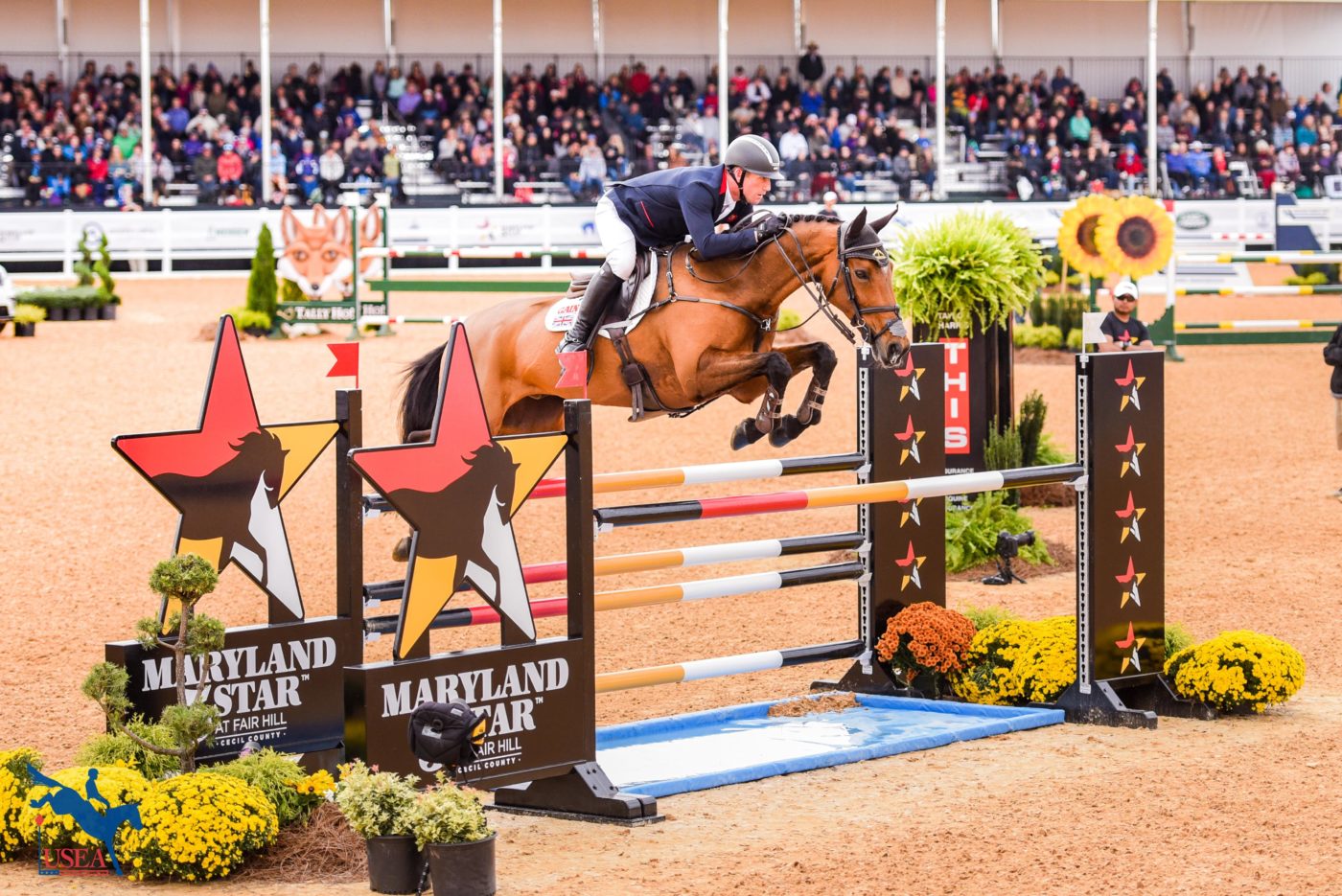 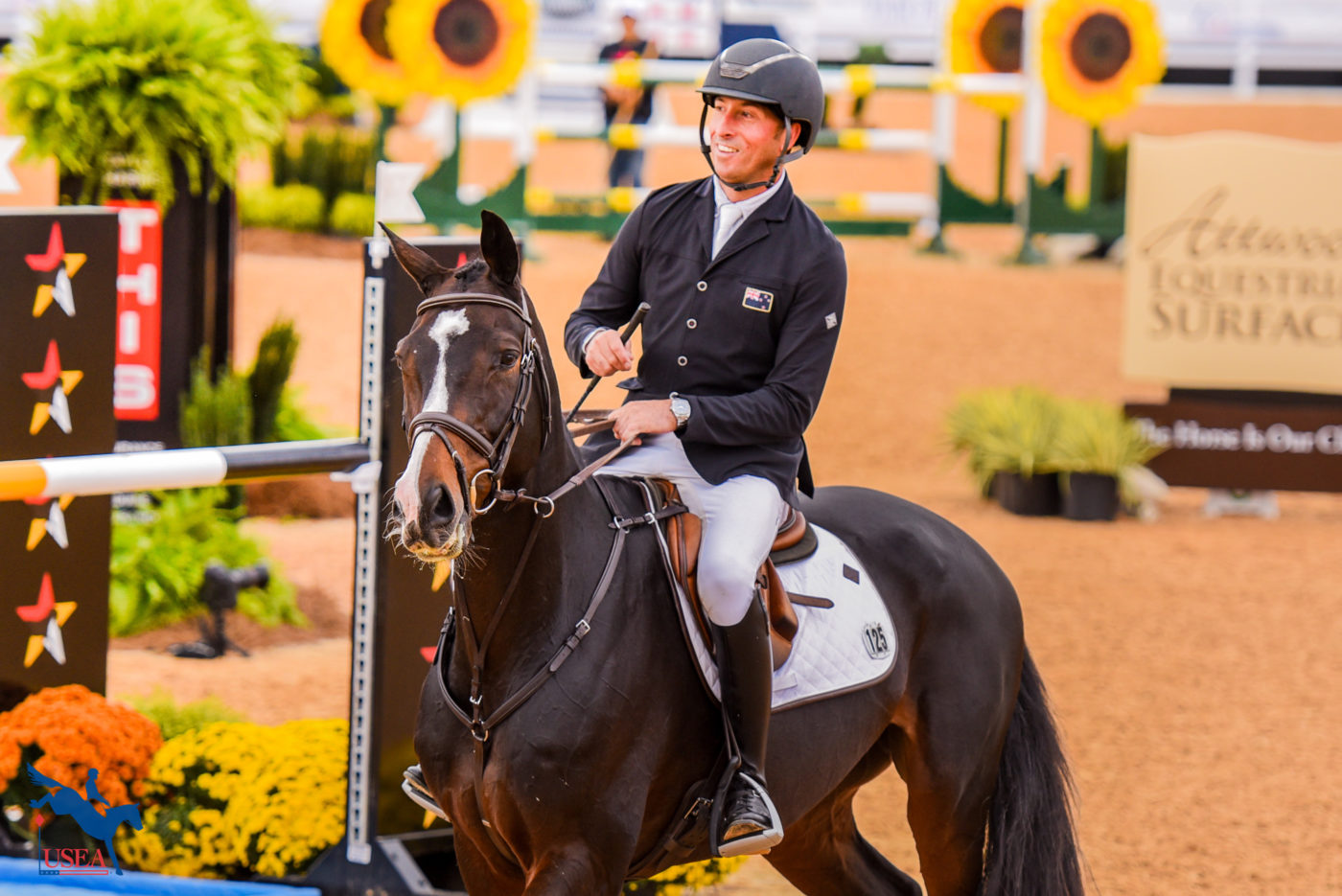 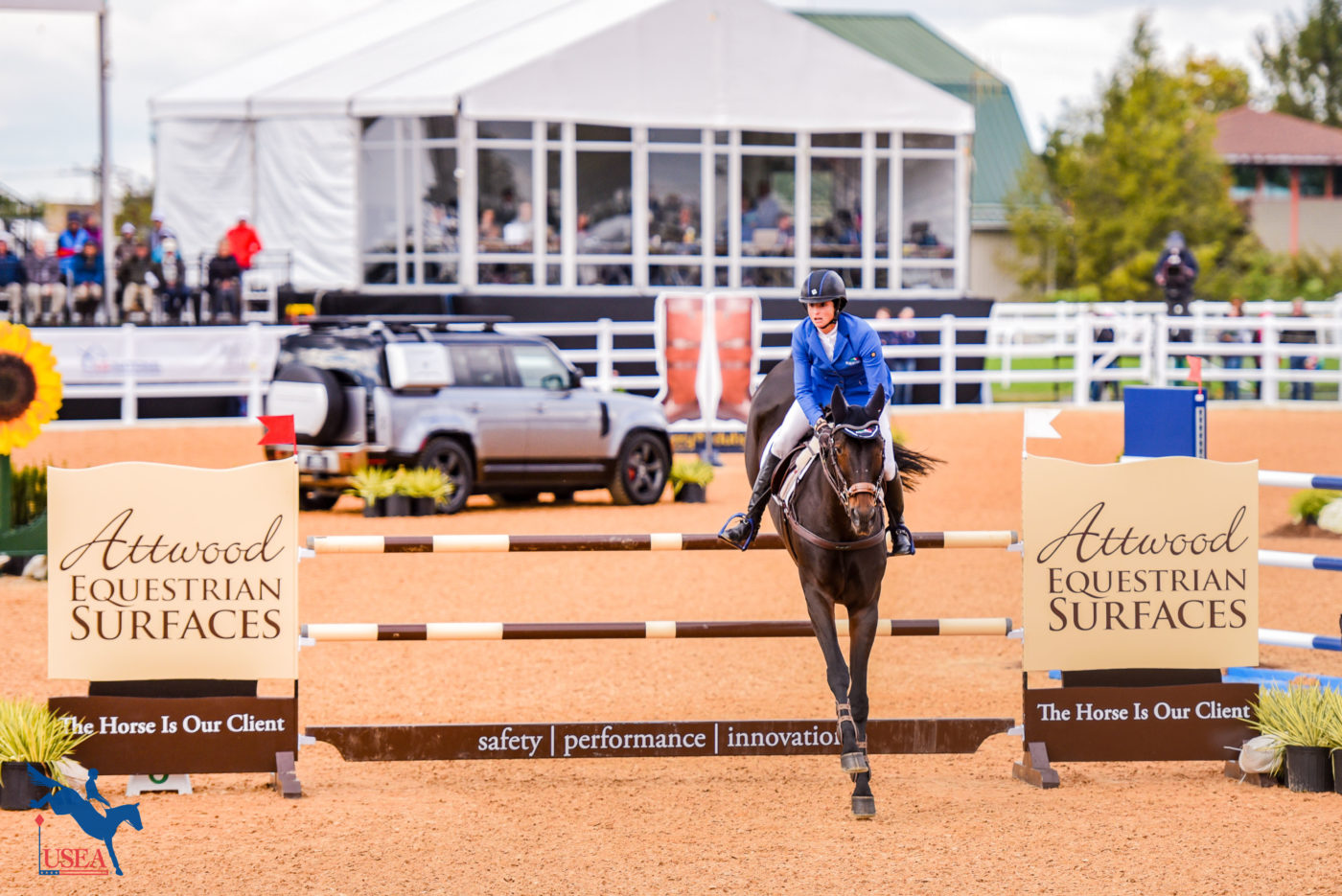 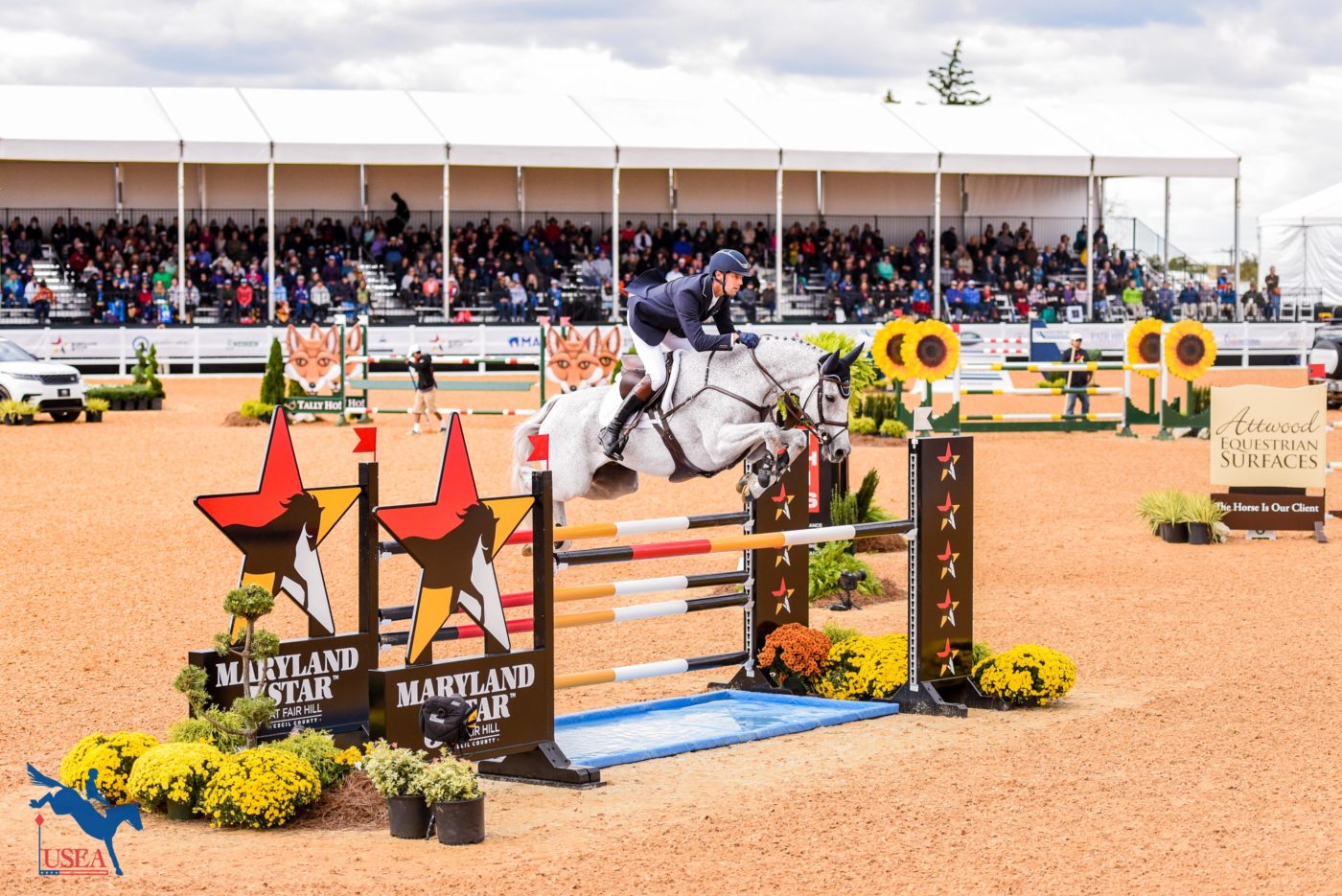 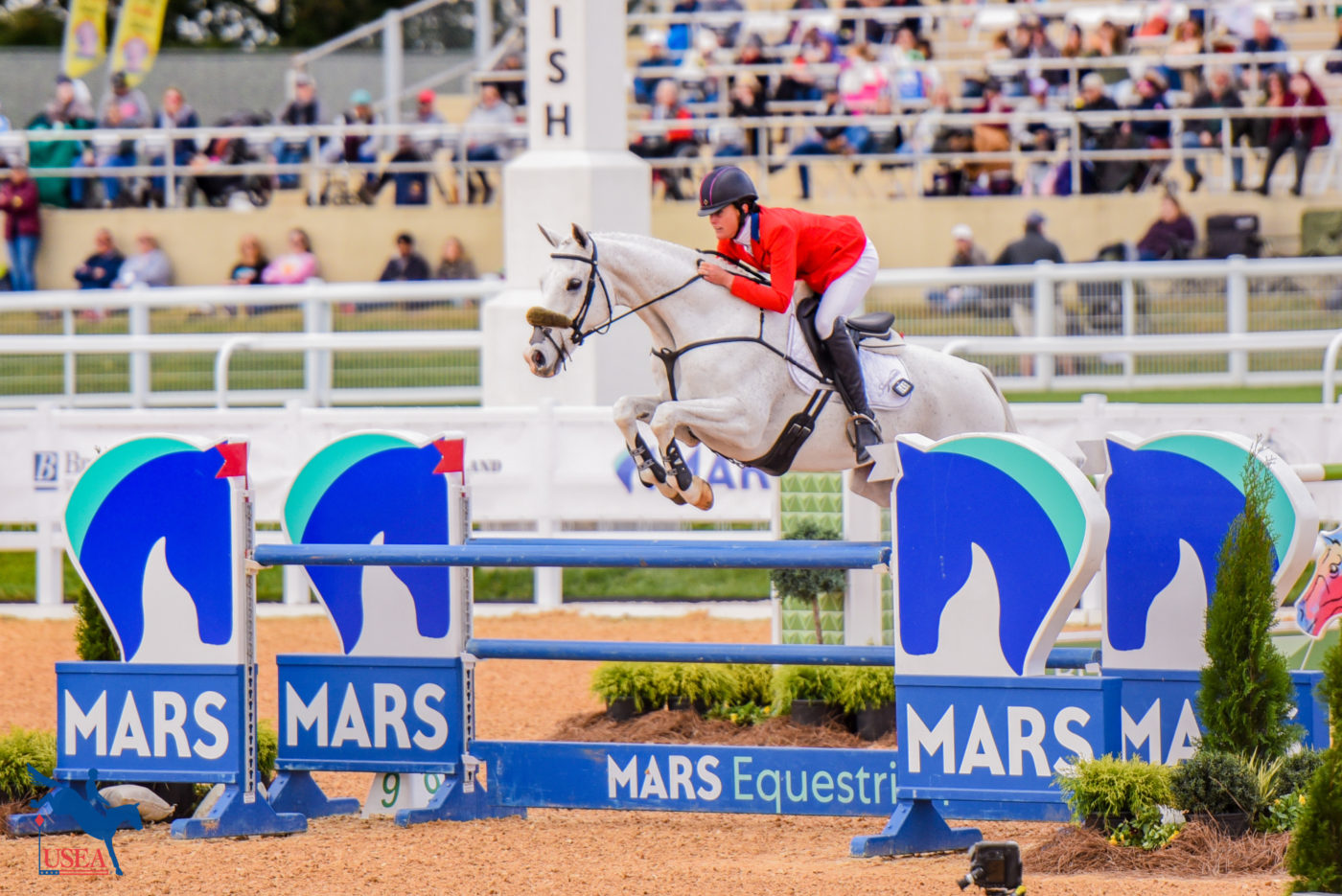 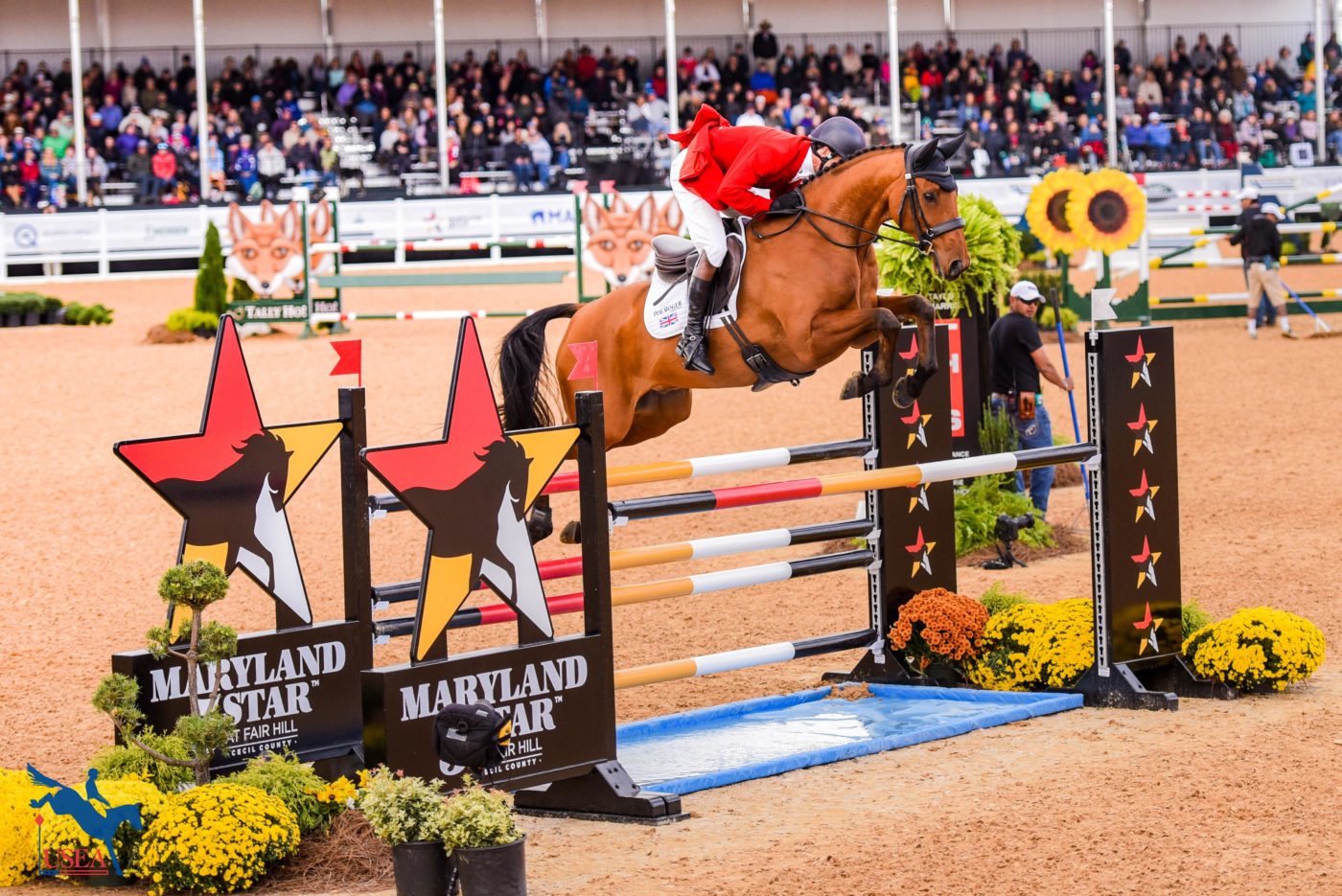 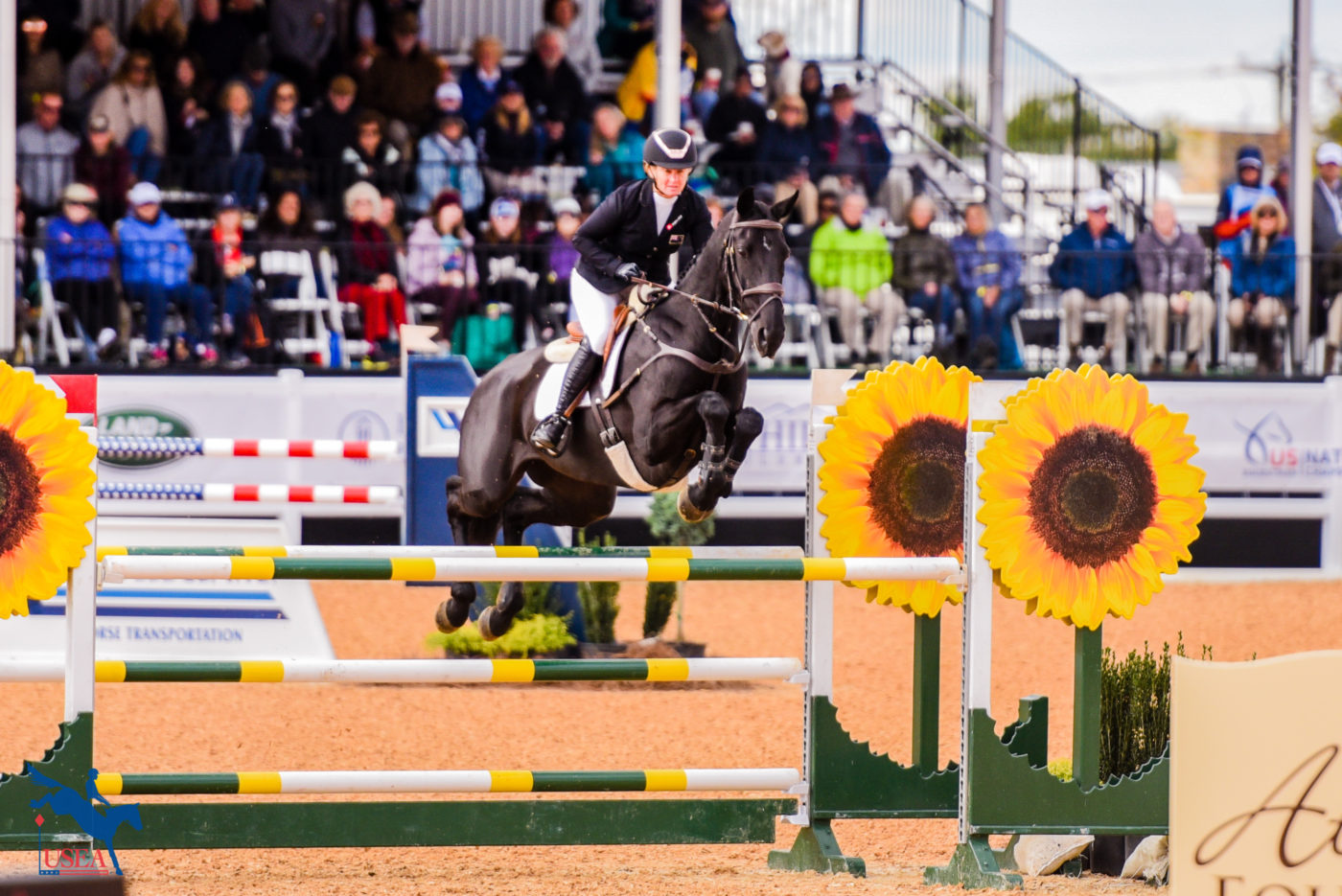 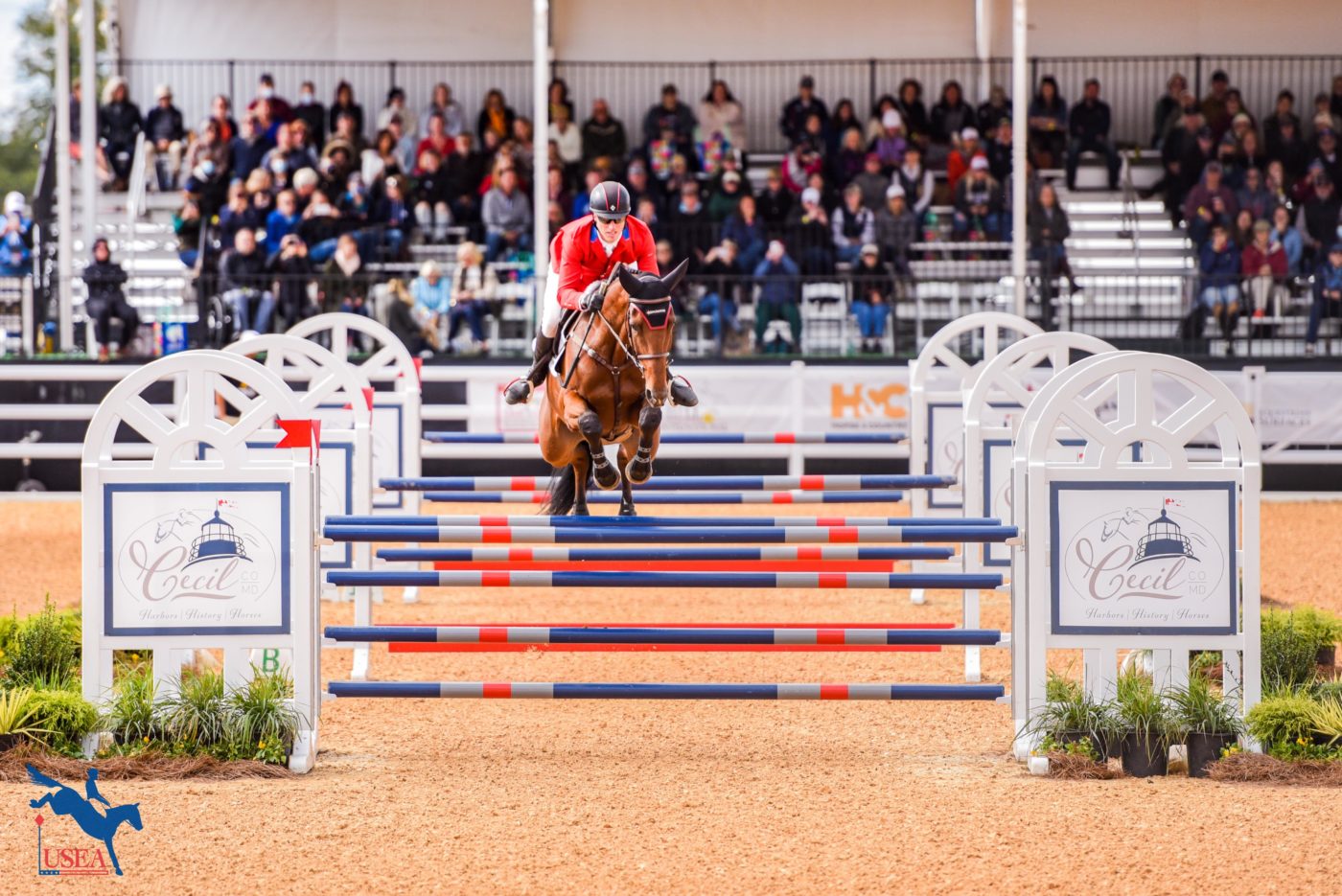 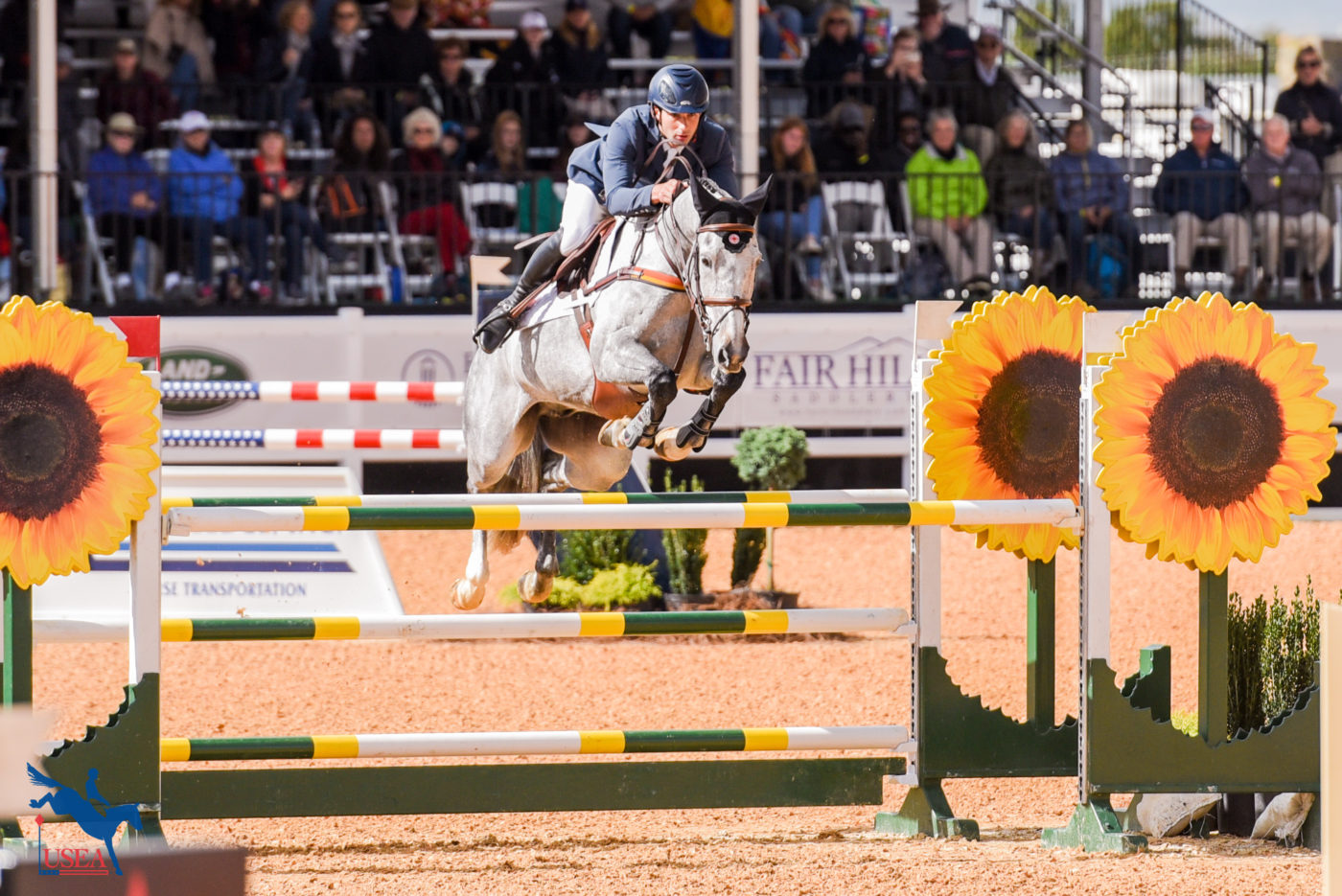 While a total of 95 4- and 5-year-old horses will be vying for top-finishes in The Dutta Corp. USEA Young Event Horse (YEH) East Coast Championships next weekend, a select group of YEH graduates are entered in the CCI5*-L division at the second annual MARS Maryland 5 Star at Fair Hill Presented by Brown Advisory. The USEA YEH program has run successfully for over 15 years, and many graduates of the program have gone onto compete at the pinnacle of the sport, the FEI 5-Star level of eventing, including the four horses entered in the 2022 Maryland 5 Star.

Founded in 2019, the MARS Bromont Rising U25 Program was initially created to assist up-and-coming riders under the age of 25 in North America who had not yet competed in a destination event, such as the program’s namesake the MARS Bromont CCI in Lac Brume, Quebec, Canada, or been recognized by the USEF programs intended for emerging athletes.. Spearheaded by the late Steve Blauner and Sue Ockendon, the program sought to give back to the sport by helping the next generation of riders get more experience under their belt with the help of the financial assistance provided by the program, and the two days of included instruction from leading coaches around the world.

Strides for Equality Equestrians (SEE) is excited to kick off a two-year anniversary celebration, happening all throughout the month of October in the form of “SEE Month”. SEE’s goal during October is to raise awareness about our mission of opening doors for equestrians from diverse backgrounds while also fundraising to continue our work and future projects.

And just like that, it is time for the Morven Park International! The prestigious event will take place Thursday, October 6, and run through Sunday, October 10 in Leesburg, Virginia. This is the event’s second year offering the CCI4*-L division, in addition to their CCI4*-S, CCI3*-S, and CCI2*-S divisions. That’s not all! The historic grounds at Morven Park will also host national divisions at the Novice, Training, and Preliminary levels.