Five-star dressage continued today, October 14, at the 2022 MARS Maryland 5 Star at Fair Hill presented by Brown Advisory and welcomed the last 12 pairs of the 24-horse and rider line-up into the arena. Though the day saw some of the sport's best, Woods Baughman (USA) and C'est la Vie 135 (Contendro I x Anette) couldn't be caught and hold on tight to the lead going into tomorrow's cross-country with 27.2 penalties.

"I've taken a leap of faith [coming to the five-star] because he is very short on experience," admitted Price, "but what he has done, he's done extremely well. It's my job to give him a good experience around the course. . . I'm very happy with him today, and I want a nice experience building weekend. "

This may be the gelding's first five-star, but Price already has a lot of faith in his mount. "He has been great with everything he has done," he explained. "He was my second in line for the World Championships even though he's on the less-experienced side. He wasn't required for that, so this has been a great second choice. It's a big deal to put a horse on a plane and bring them over, but I believe in the horse a lot, and it's great fun to come over here; this is a fantastic event."

The gelding has been in Price's stable for about a year but was first with his wife and team member Jonelle. "When he moved to our stable, Jonelle started with him last year," he explained. "He's just got so much power, she found it quite difficult to contain it, and she's small, so she just got thrown around a little bit and didn't feel totally at home with him, so she very reluctantly suggested he come my way. She knew he would be a five-star horse and a proper horse for the level, so it was quite a difficult decision for her to offer him up to me."

Price will put his partnership with the gelding to a true test tomorrow and is looking forward to riding on Ian Stark's course. "He [Ian Stark] doesn't muck about," said Price." It's got some decent questions; he's always got some questions that we haven't seen before, it's his brand of cross-country designing, and that's very exciting for the riders and horses."

"I'm really happy with my ride today," said Knowles. "He's been getting stronger over the last twelve months; he returned a more mature, stronger horse, and today he gave me his all. This isn't always his favorite phase; he can be good at it, but he gets kind of nervous; he's just eager to get out there tomorrow. I'm happy he held it together today and behaved because he's a bit excited."

Knowles continued, "He's got a lot of personality. He's an excellent cross-country horse; he enjoys every minute of it. That was a great fit for me, as I am not the most aggressive cross-country rider, and I love dressage and working on show jumping; so to have a horse like him complimented my riding very well, so over the last couple of years it's just been a steady progression. . . This is our second year at the five-star level, and we are a very close partnership. I've got complete faith in him, and he's got complete faith in me, so it makes every event something to look forward to." 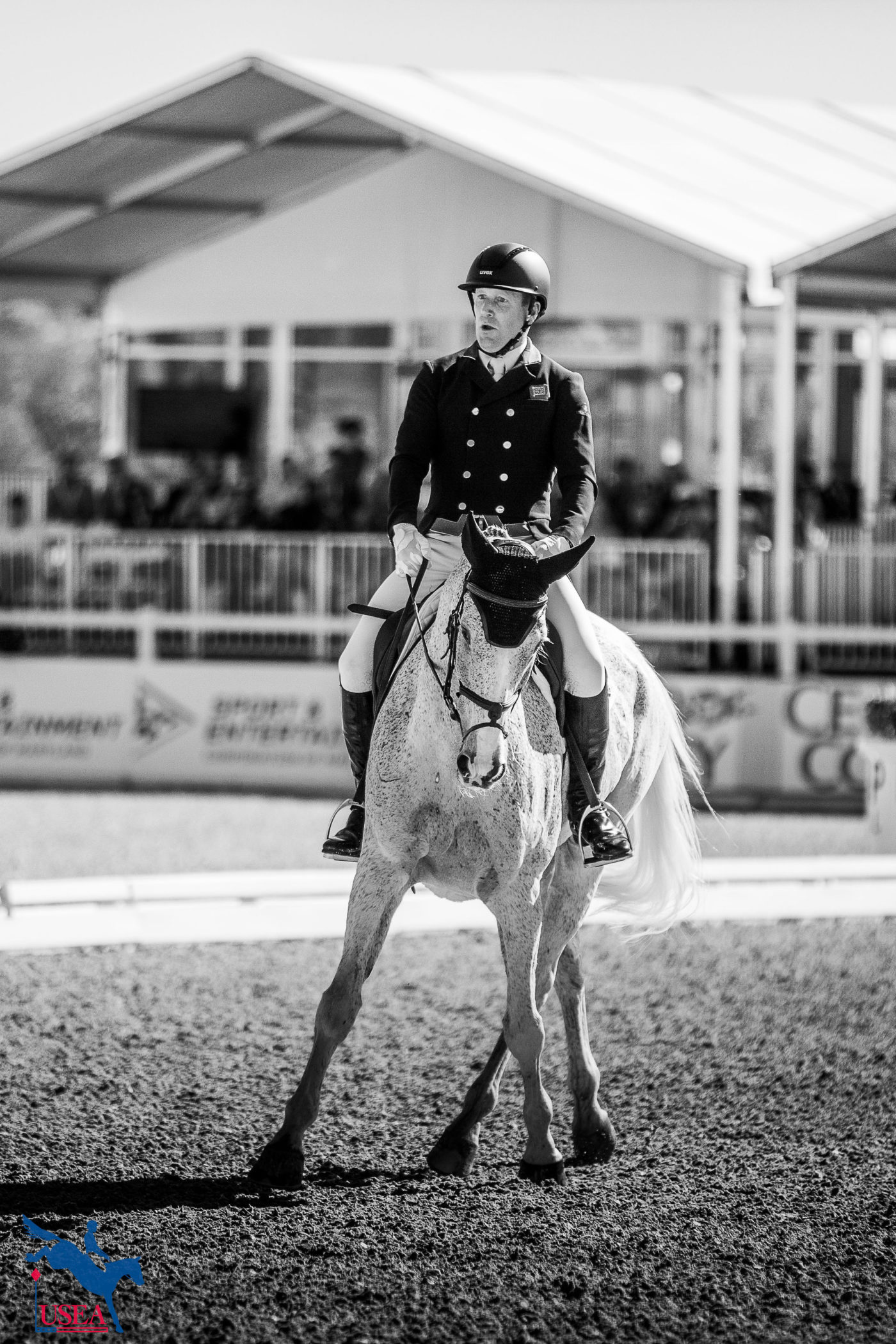 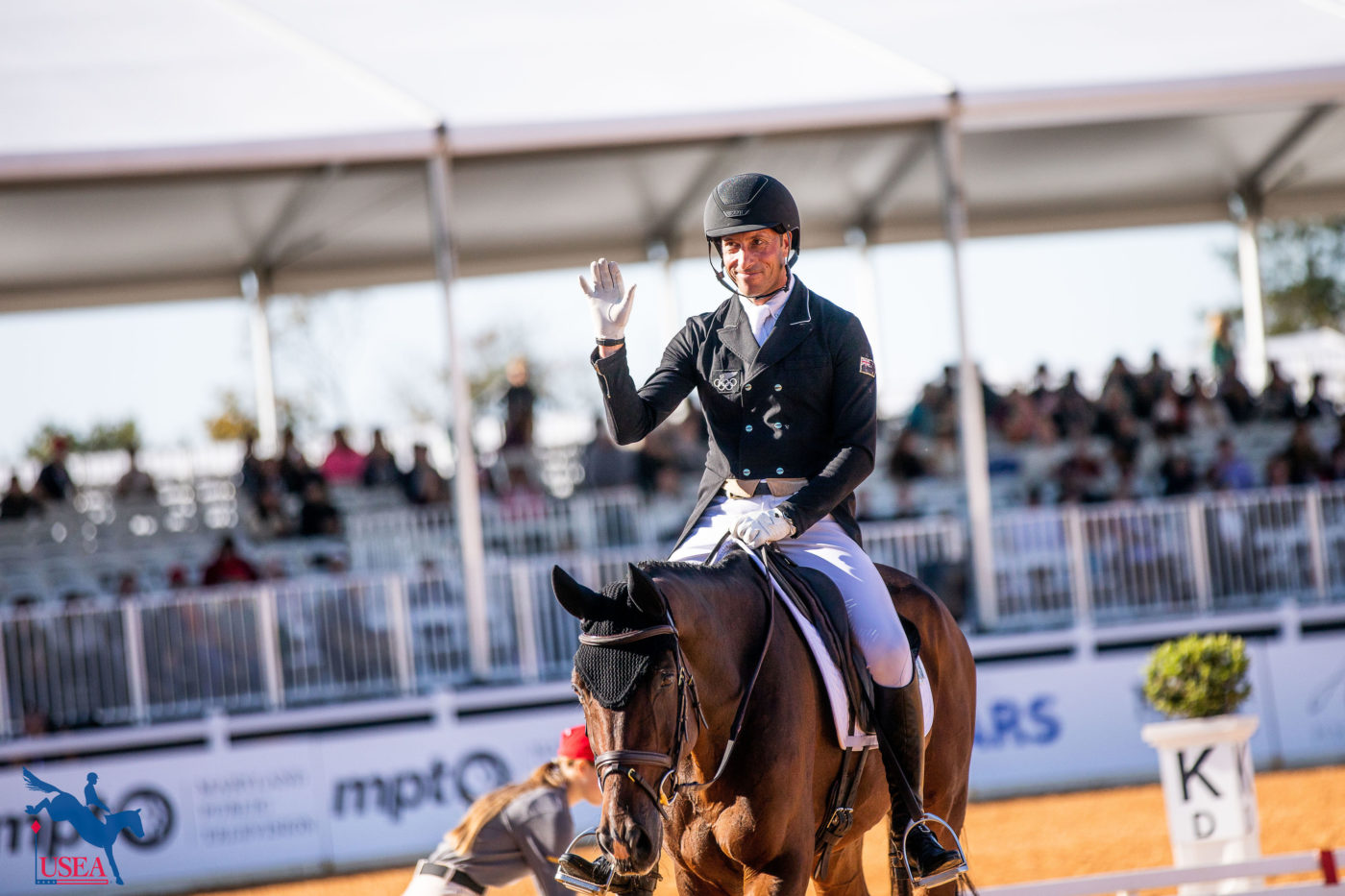 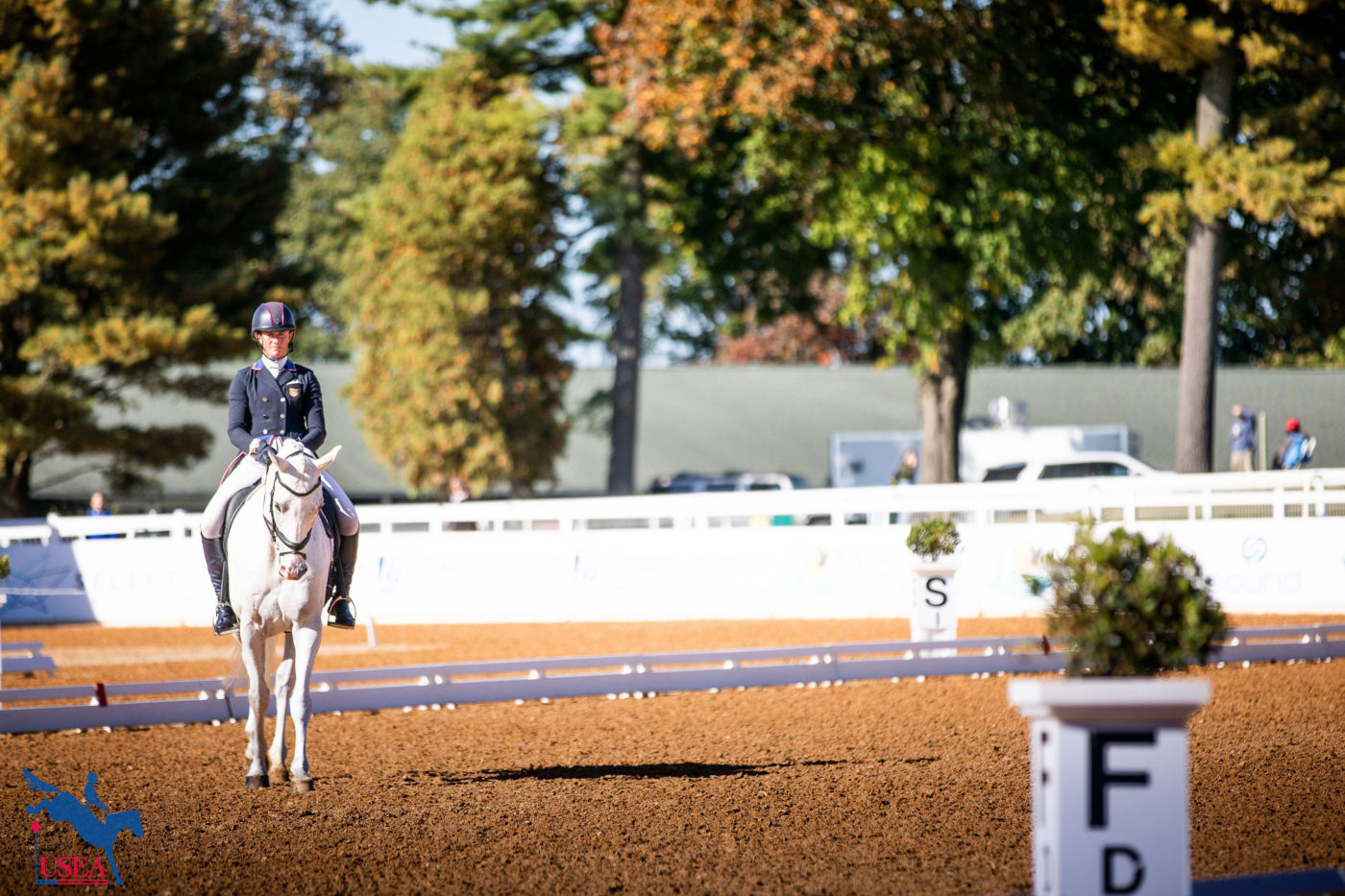 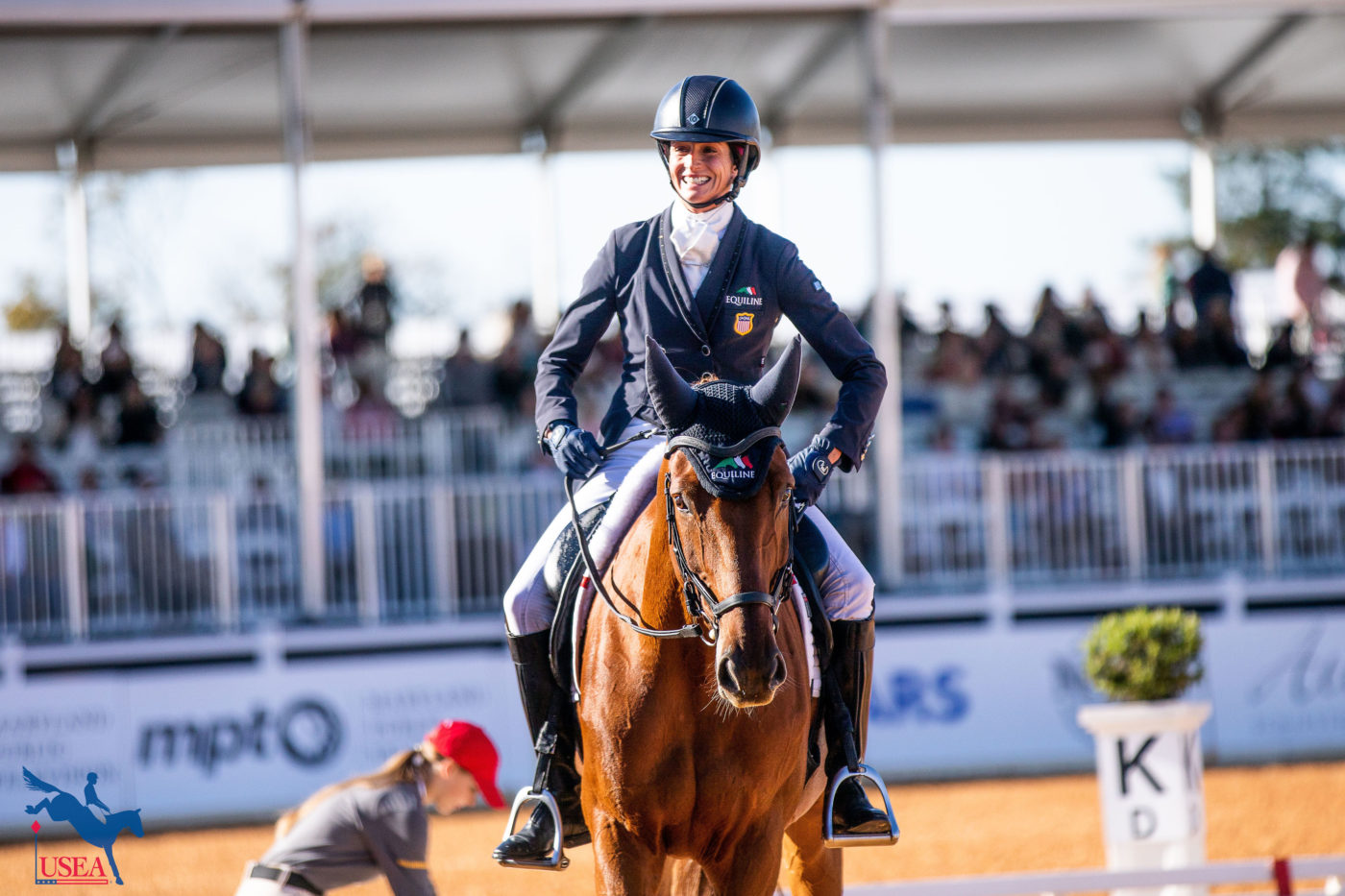 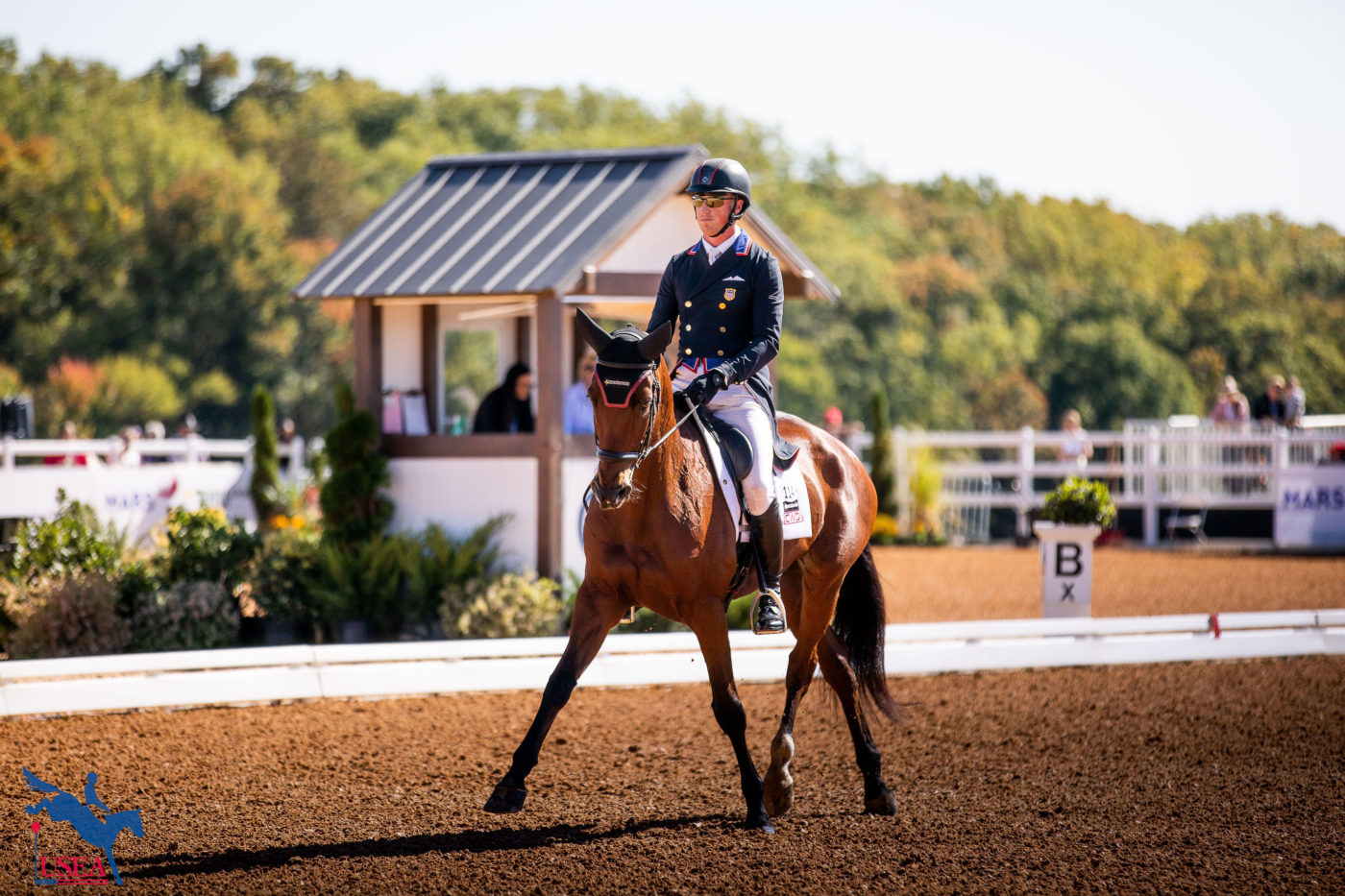 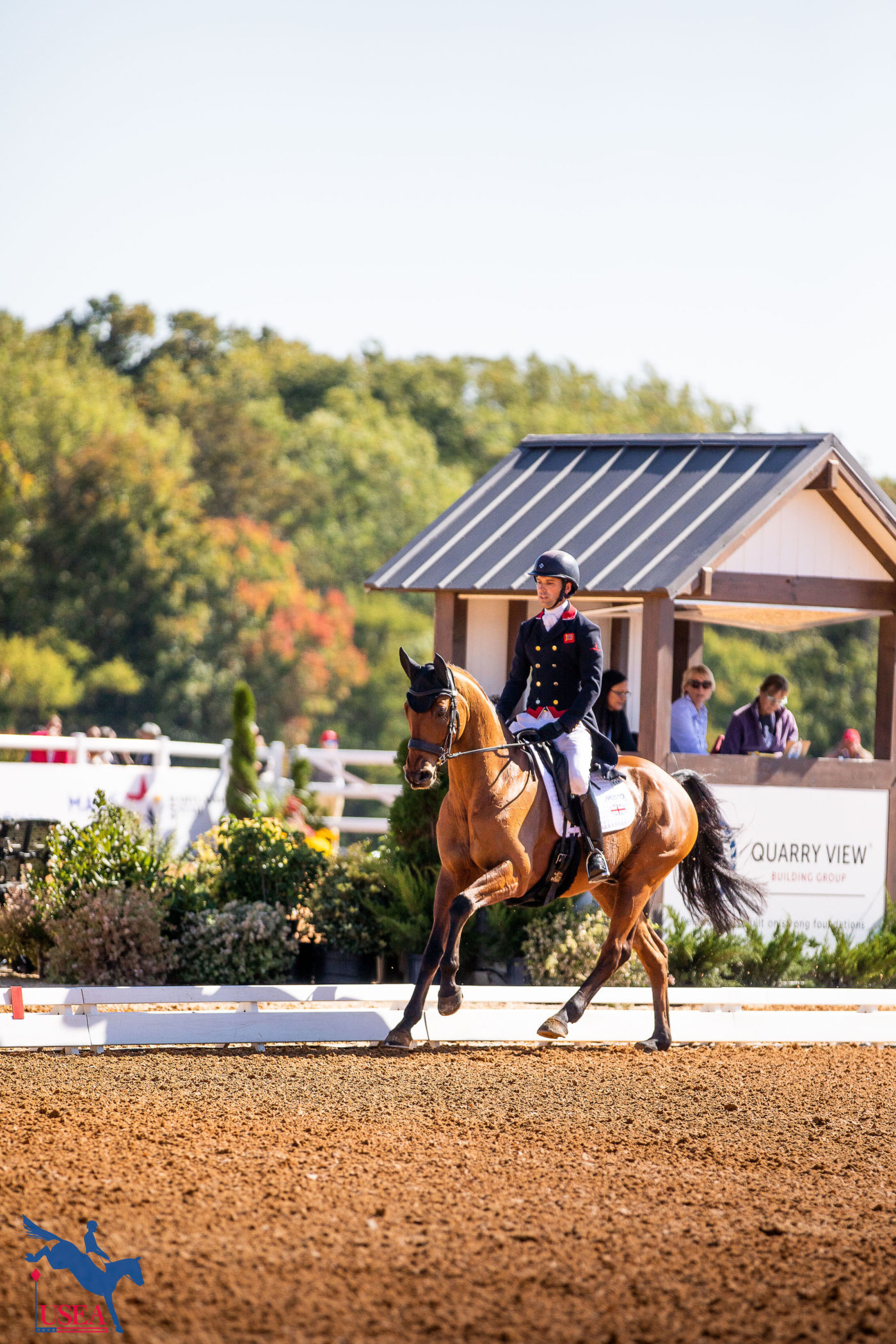 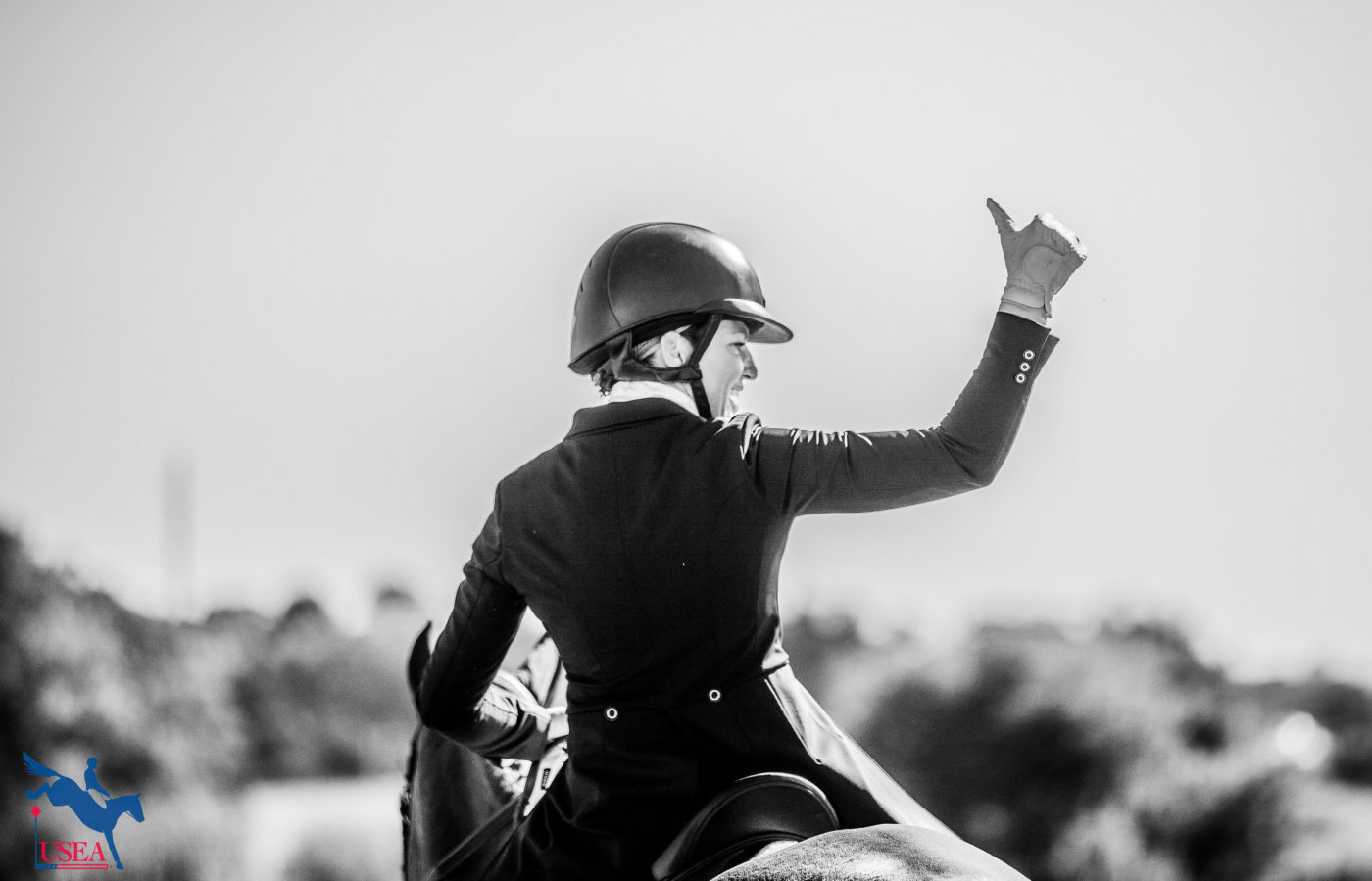 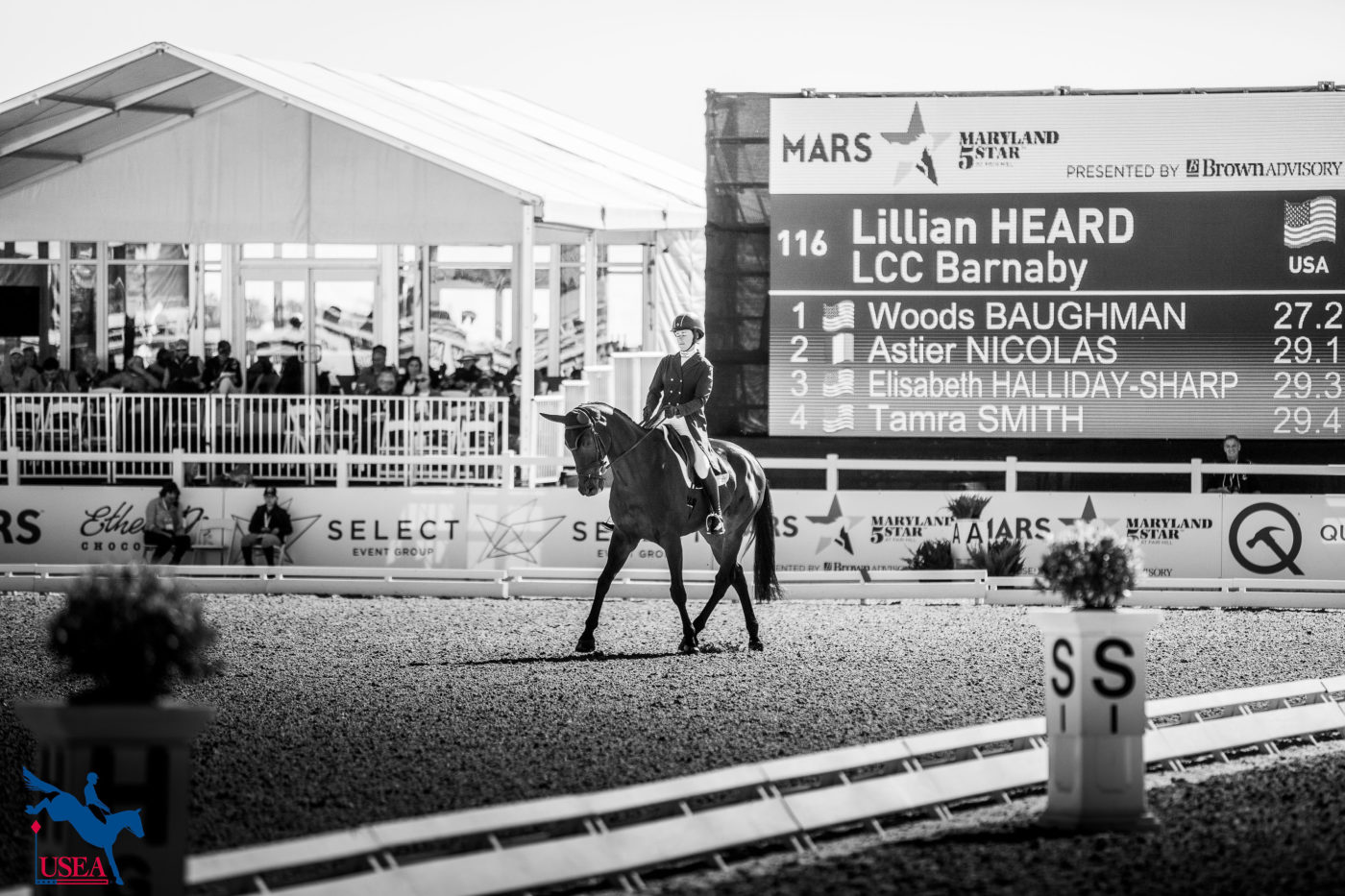 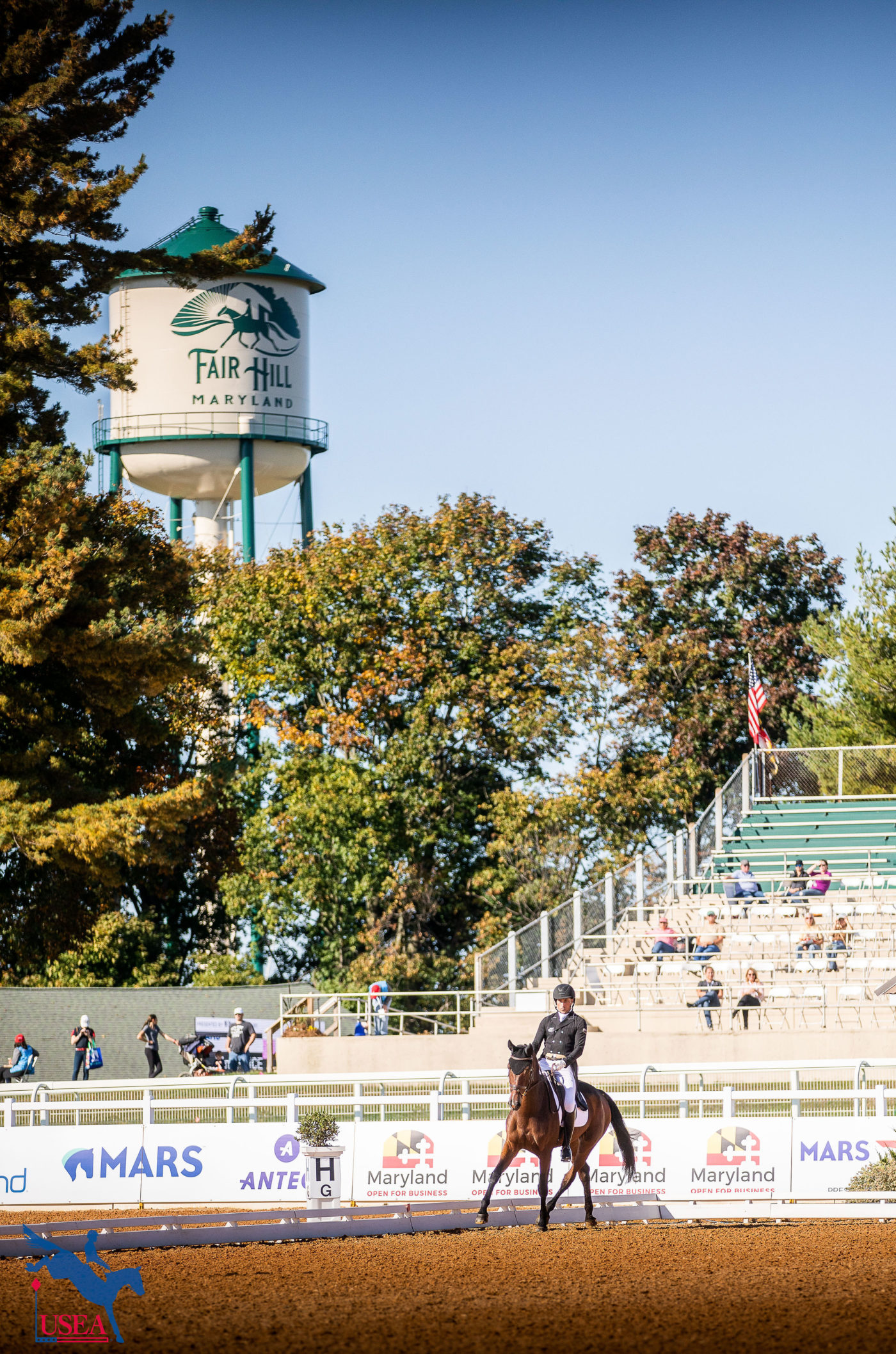