Area Two Dominates Dressage Again at NAYC, This Time in the CCIJ*

Not only did Area II take the top spot in the CICOY2* division yesterday at the Adequan/FEI North American Youth Championships (NAYC), but the Area II CCIJ1* team danced in and out of the dressage arena seamlessly today to take the lead in their own division, declaring that Area II teams are here to win. The CICOY2* division is set up for riders aged 21 and under while the CCIJ1* division sees riders aged 18 and under. The Area II CICOY2* team leads after dressage on a combined score of 97.9 while the Area II CCIJ1* team now sits in gold medal position on a 95.6.

Haley Carspecken and her own 12-year-old Holsteiner gelding Center Stage are leading Area II’s CCIJ1* team on an impressive score of 29.0, which also has the pair sitting in second place individually. “I knew with Connor that I had to get him in front of my leg, or I wouldn’t have a good test,” Carspecken explained of Center Stage. “In warmup, I was basically galloping around the arena, [which] helps him get a little frisky, and then we went into the arena and he was flicking his toes, and he knew where he was, so he was really good!”

Caroline Martin rode Center Stage through the three-star level before deciding to sell him, and when Carspecken went to work for Martin last summer, she fell in love with the gelding and had to have him. “I’ve had him a little over a year now, and he’s taught me so much. He’s probably the most talented horse I’ve ever ridden, so I’m really lucky to have him.”

Olivia Wall and her own Swedish Warmblood gelding Mandolin R (A-Dur x Maradonna) had the next best score for Area II on a 31.7 to sit in fourth place individually heading into the cross-country phase. “He tensed up in the ring a little, but I was able to get him back, and I’m overall pretty pleased with him,” said Wall. “I’ve had him for about four years this fall, and he came from the hunter ring, so he’s a bit spooky on cross-country, but he’s taught me how to really sit back and ride. It’s been fun coming up the levels with him, and we have a really great partnership.”

Katherine Christopher and her 15-year-old Thoroughbred gelding Frodo Of The Shire (Concerto x Bon Mimi), put in a solid dressage test to achieve a 34.9 for the team. “My ride went pretty smoothly,” said Christopher. “The trot needs some work, but I’m super happy with how it went. It’s just great being in the team atmosphere – you’re not focused on yourself, but [instead] you’re supporting your teammates and hoping it goes well for all of them.”

Maia Kantorowski rounds out the four Area II team riders, respectfully scoring a 36.3 on her own and Pamela Kantorowski’s Kiltubrid Rebel (Cascaletto St. Ghyvan Z x Kiltubrid Heather). The 9-year-old Irish Sport Horse gelding is “known to be a bit spooky in the ring, but he was a good boy,” Kantorowski explained. “He put his dancing shoes on a little bit. Dressage has been more of a challenge for us because I’m not used to such a big horse and how to carry him, but overall I’m really happy with him.”

While Area II tops the team leaderboard in the CCIJ*, it’s Area V’s McKinsey Wickman and Dassett Profile that top the individual leaderboard on an impressive 28.6. “I thought I had a really lovely test,” said Wickman. “He stayed really consistent, and everything I asked of him he reacted to, so I’m really happy with him. I’m really blessed to be in this position, but tomorrow is a new day.”

Wickman’s 10-year-old Irish Sport Horse gelding (Crosstown Dancer x Edergole Ellen) also led after the dressage phase at last year’s NAYC, but had an unfortunate stop on cross-country, knocking them down the leaderboard at the end of the weekend. “It was heartbreaking last year to lose the leading position after a silly stop on cross-country, so our Area coach (Will Faudree) and I decided to switch up our program at home, and I ride with Rebecca Brown now. This past spring, she put in a really good action plan to get us here this week. [The cross-country course] looks like a great course this year, and I’m excited to go out there and tackle it.”

Wickman and Dassett Profile have been together for three years and have been competing at the Preliminary level for a year and a half now, so they have a bit more experience under their belts, and are ready to seek redemption. 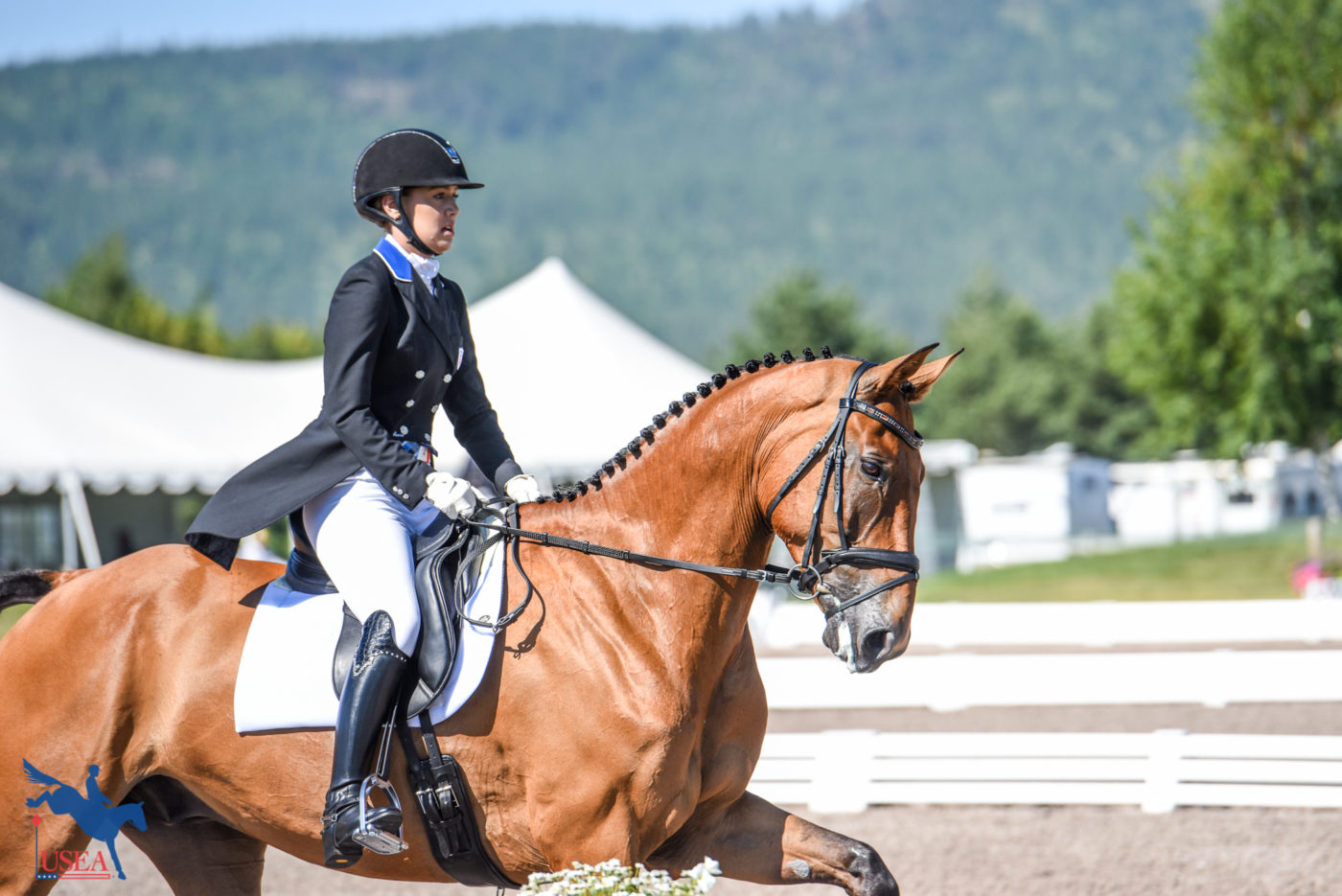 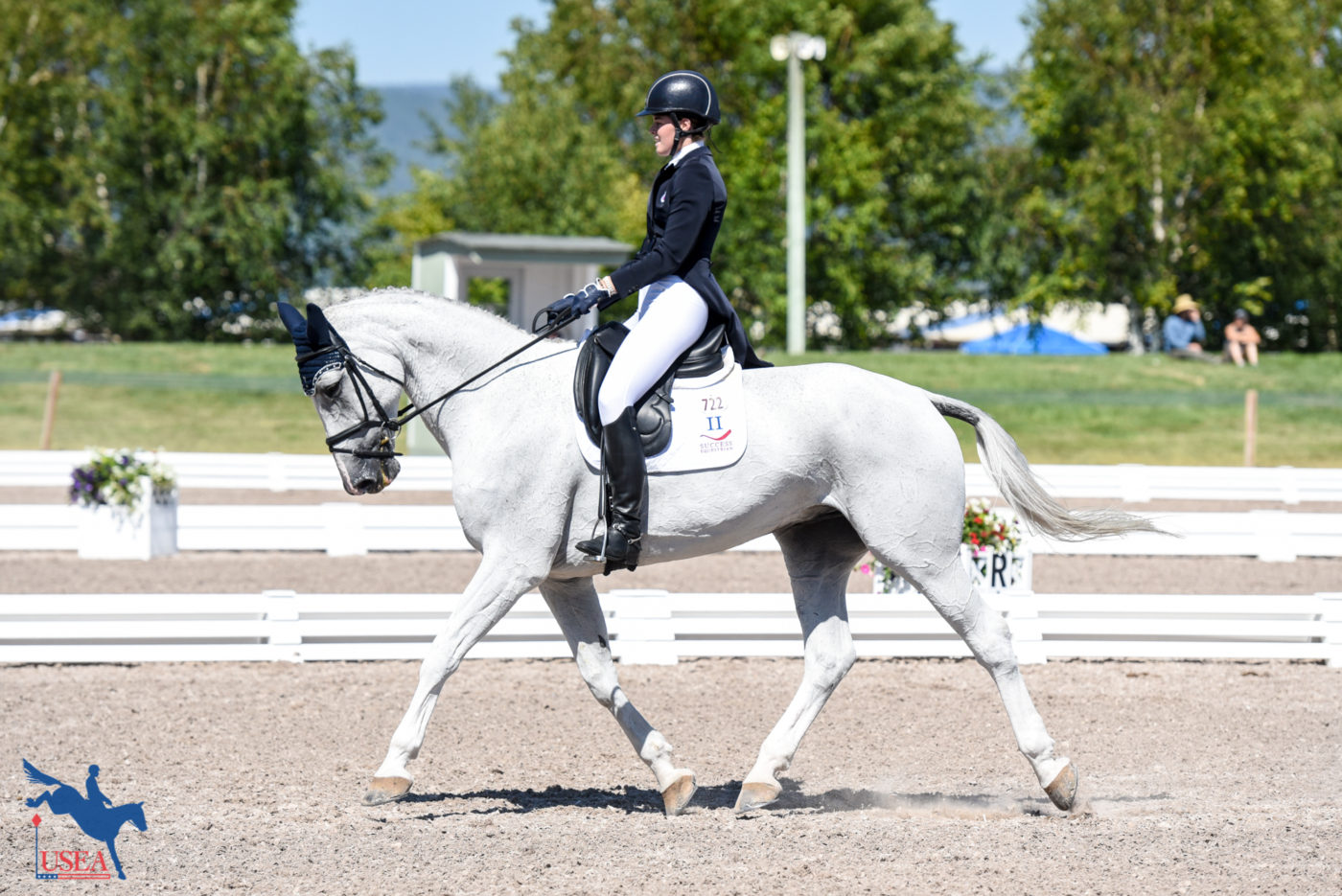 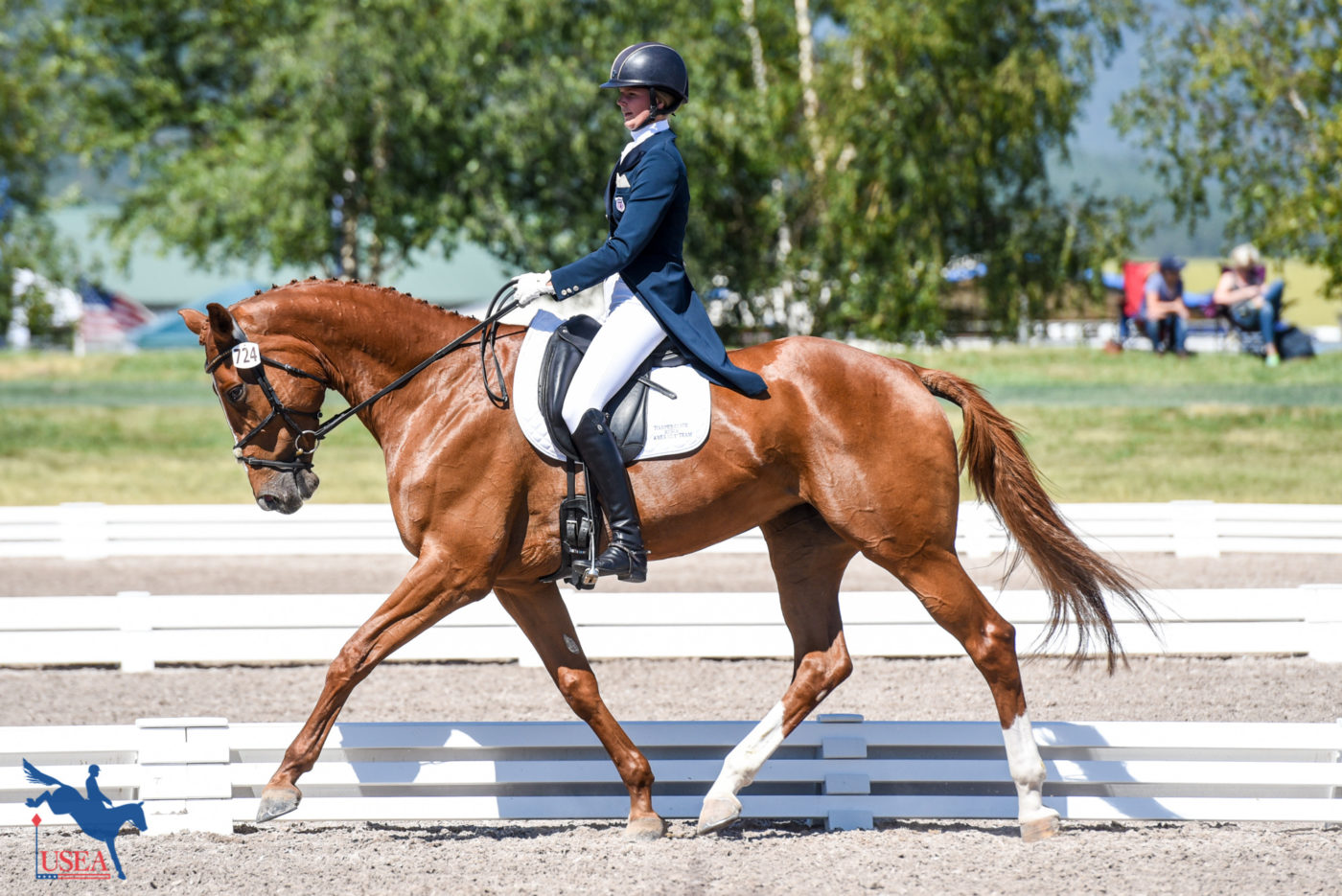 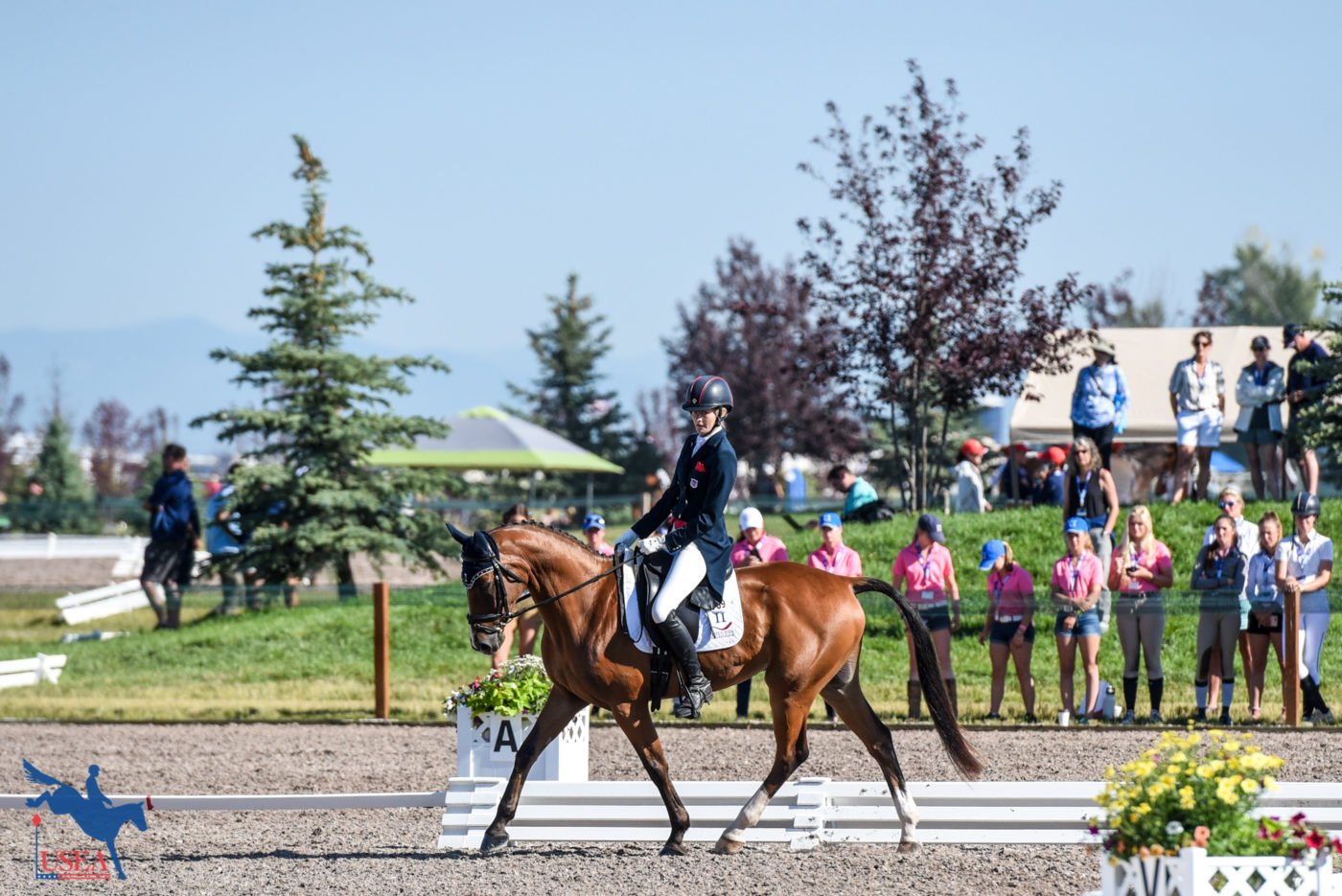 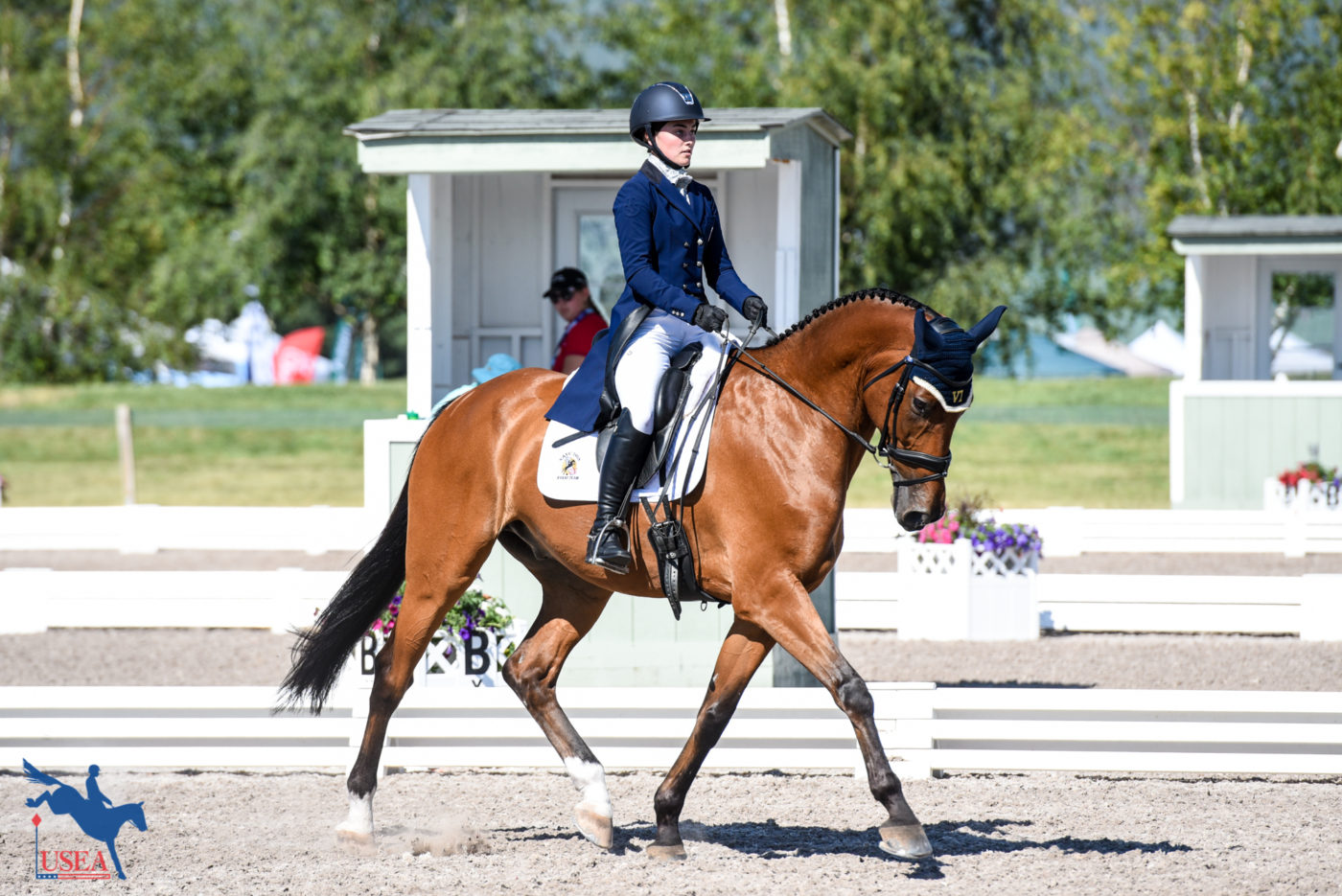 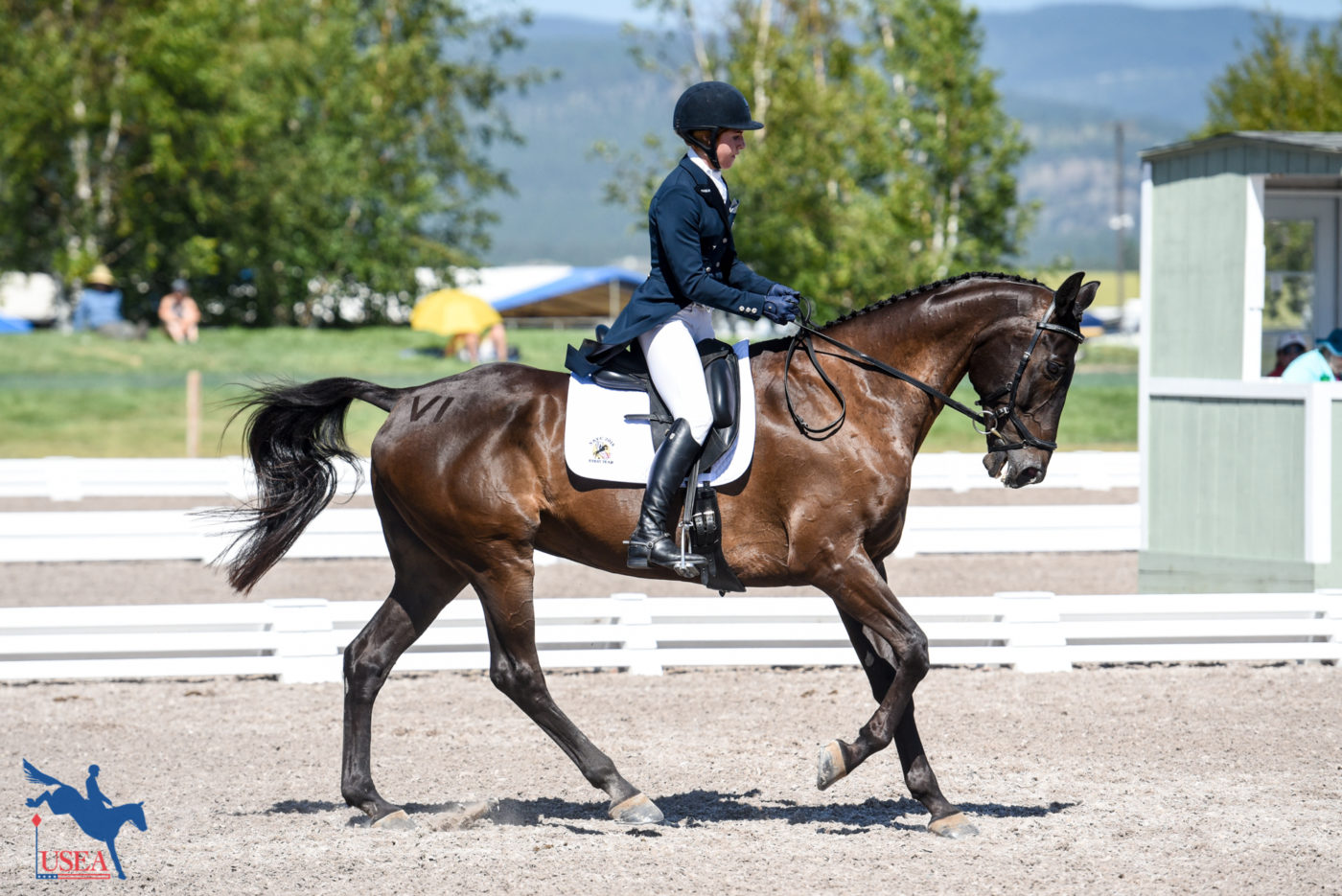 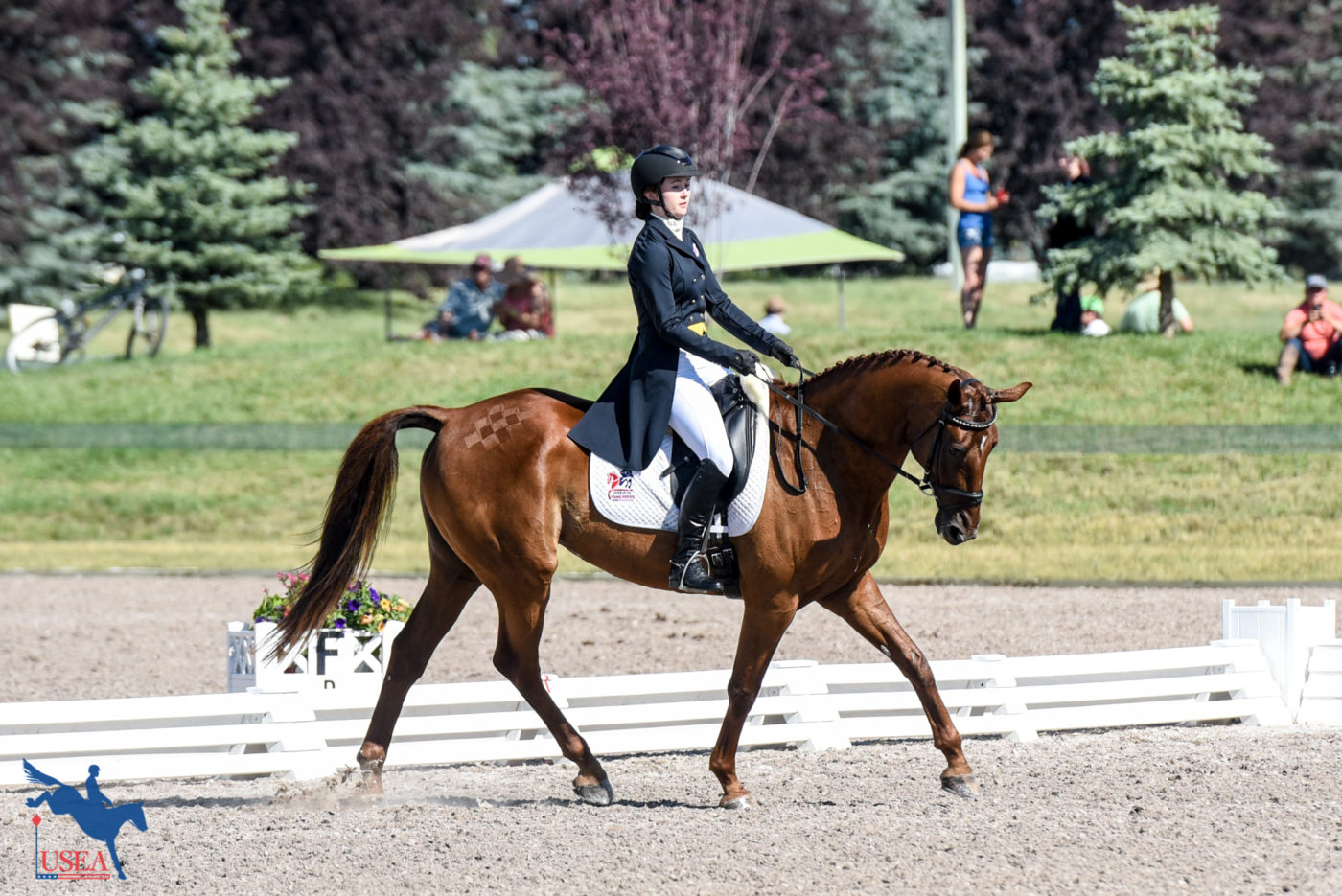 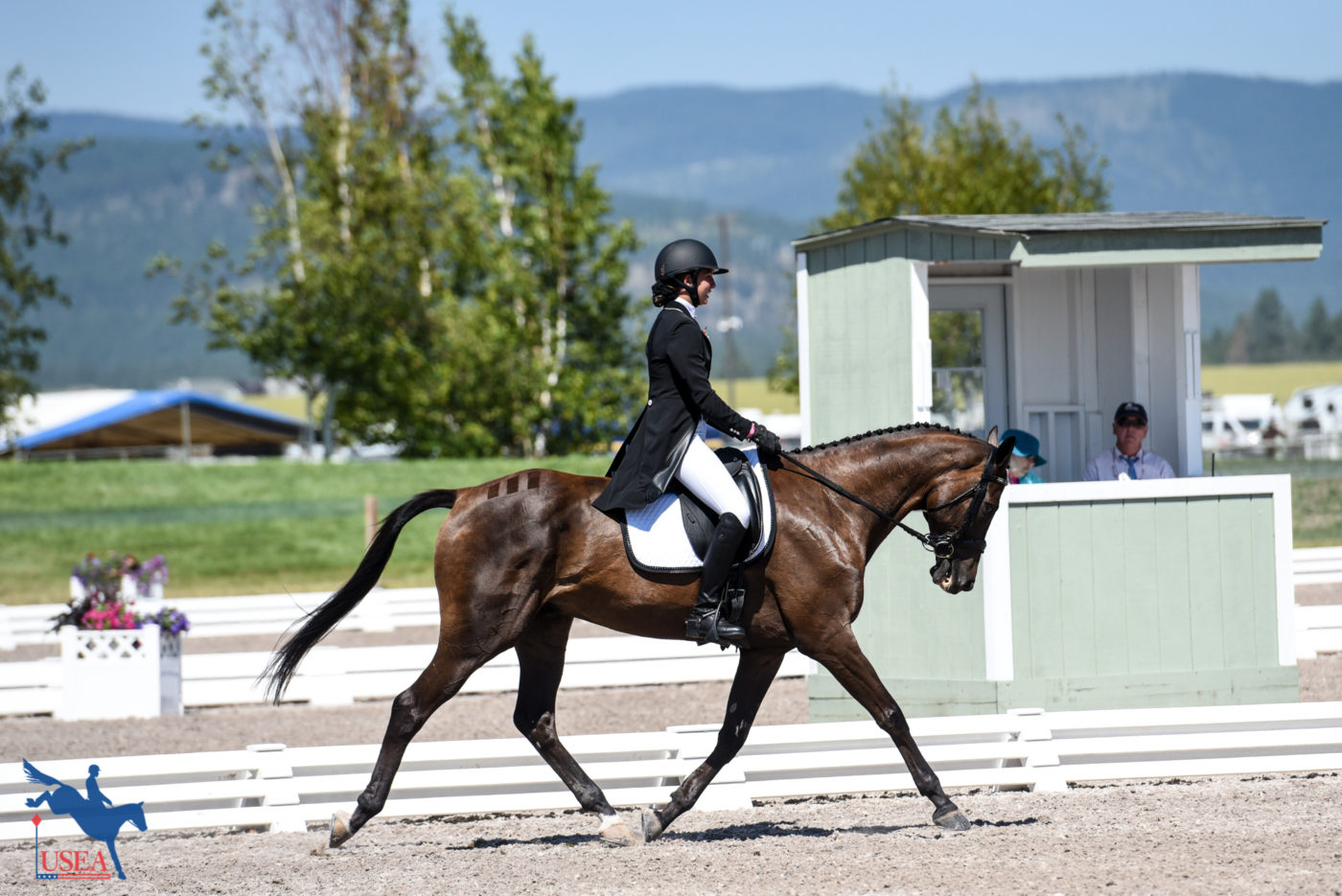 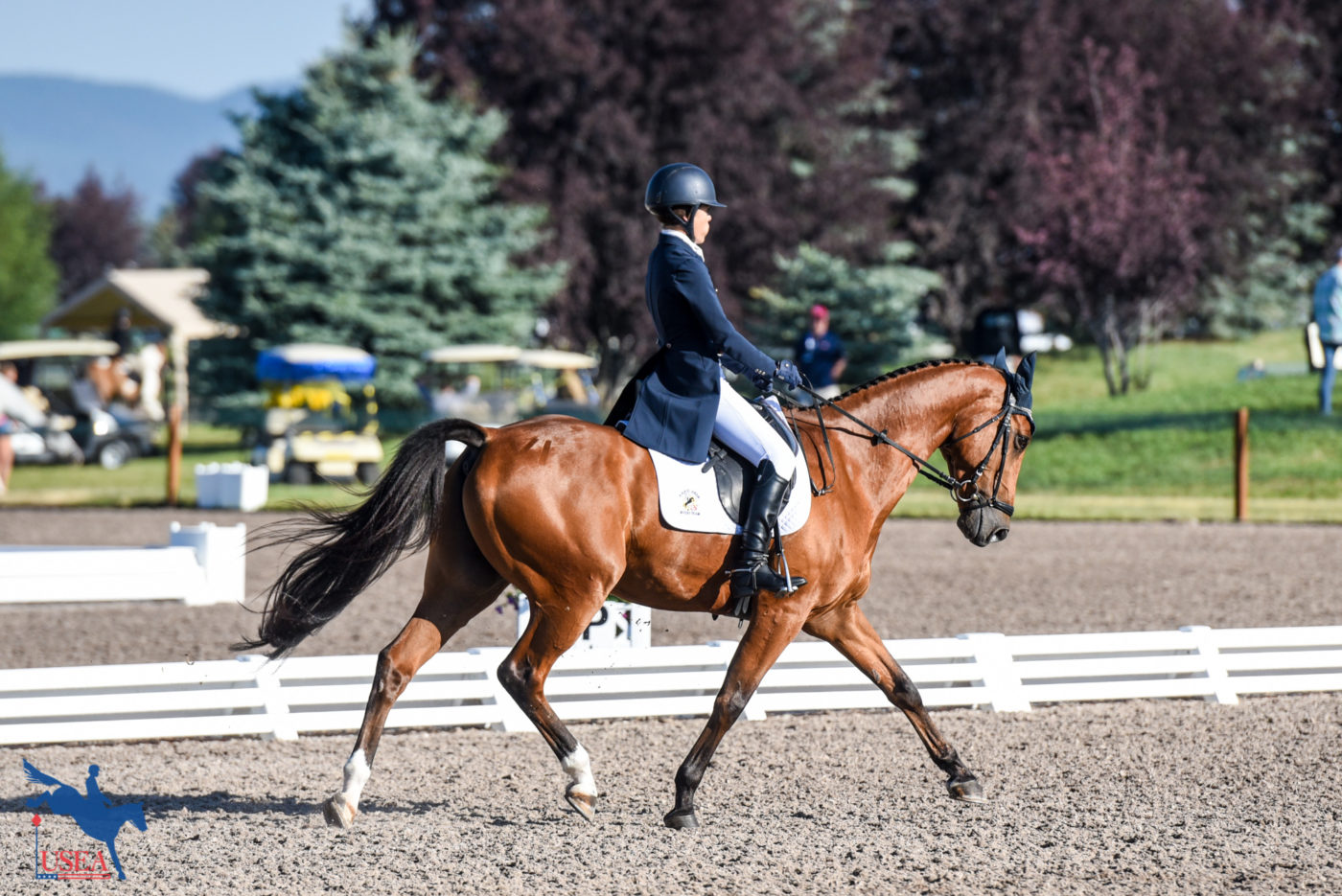 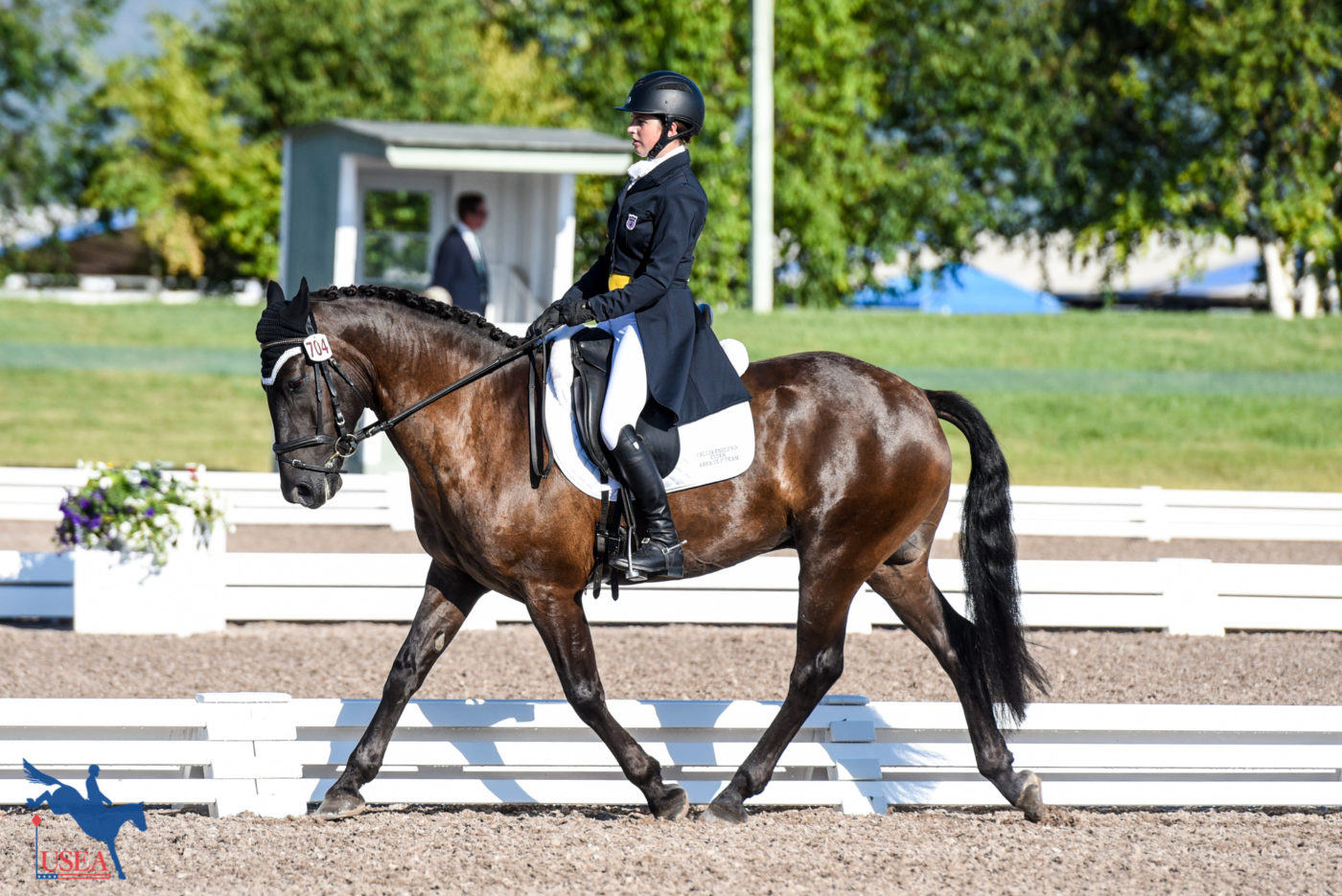 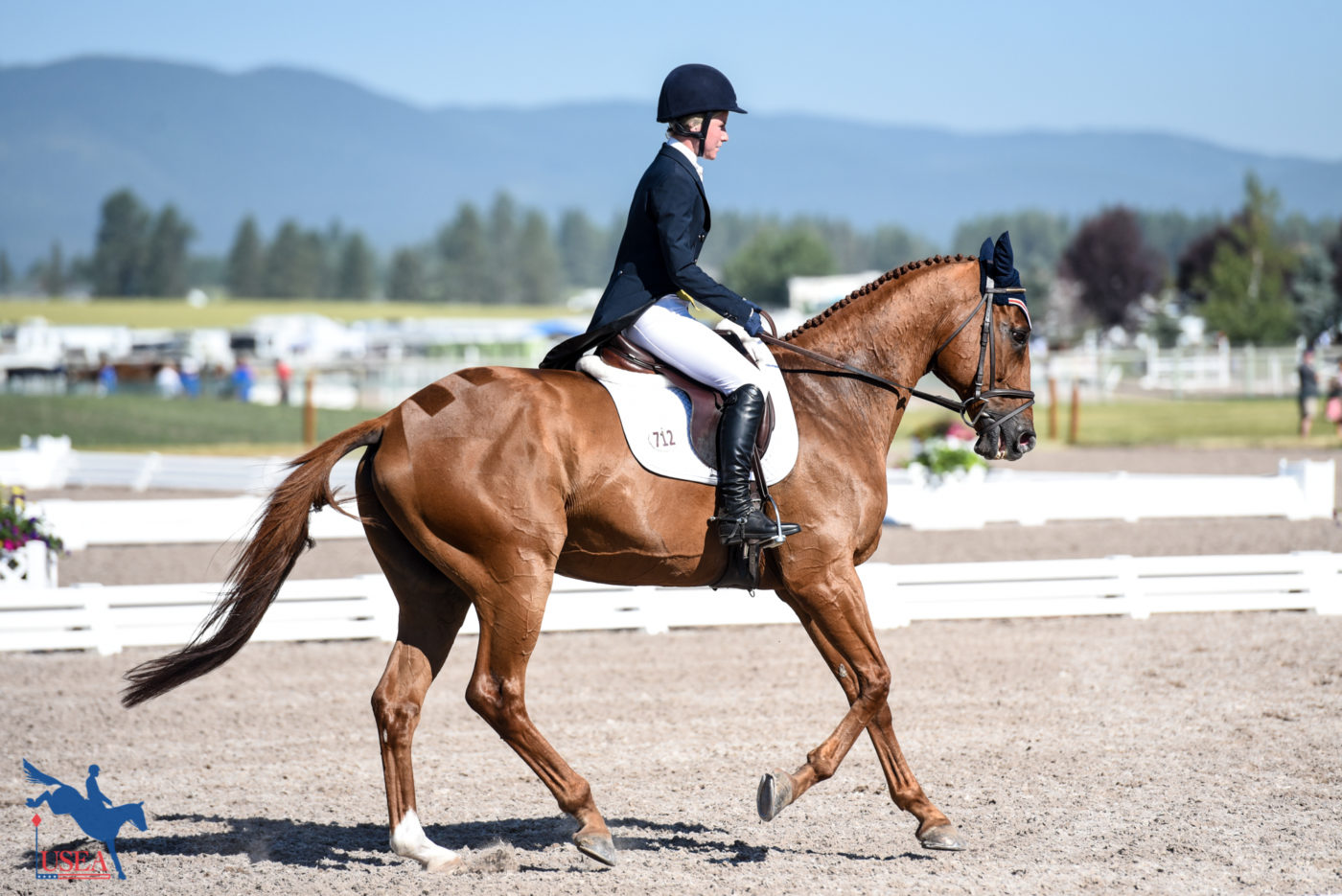 The FEI competition at Rebecca Farm continued today with the CCI3*-Long, CCI4*- Short, and CCI4*- Long dressage. With scores ranging from the mid-20s to the low 30s, the standings in all divisions are tightly packed.

Bromont CCI-S A Go As Border Opens Up

Bromont CCI-S Horse Trials on the calendar for August 13th to 15th, 2021 are pleased to announce that starting August 9th, Canada is expected to begin allowing entry to US citizens and permanent residents who are currently residing in the United States.