When overnight leaders, Area V, didn’t have their first two riders finish the cross-country course the field was wide open for the other six teams to move up the Adequan/FEI North American Junior & Young Rider Championships CH-J* leaderboard.

Together all four of the Area I riders added only 3.2 time penalties to their team dressage score which enabled them to move into gold medal position. As the reigning gold medal team, the Area is out to defend their title so will be looking for all clear show jumping rounds since they only have a a rail in hand over second-placed Canada. The team from Area VI rounds out the team standings on a 157.6.

Sloane Pierpont leads the way for the Area I team and also sits in second individually aboard her family’s 12-year-old Warmblood gelding Indie (Vechta x Indulga) who she purchased two years ago from Jennie Brannigan. “I was incredibly nervious,” Pierpont said of heading into cross-country. “Indie really surprised me – some of our gallop fences were amazing. Jennie is really supportive; she always comes and says ‘hi’ at all of the shows and she helped us in the vet box a lot today.” Pierpont says her weakness is definitely show jumping, so her goal for tomorrow is to keep the rails in the cups.

Erica Jarrell also put in a double clear round aboard her NAJYRC veteran, Uni Sprite (Brynarian Brenin AP Maldwyn x Better B’ Leavin), a 12-year-old Welsh gelding to move up into sixth place individual. Erica is riding alongside her ‘little’ brother, William who added just two time penalties to his dressage score with Gray Area (Accondy x Merry Gypsy), an 11-year-old Irish Sport Horse gelding. Especially impressive since this time last year William had only ever competed Beginner Novice. “Area I is family,” said Erica. “This year, team really is family – I’ve got my kid brother on my heels and it really doesn’t get better than this. No sibling rivalry. He’s always been telling me wait until I catch up to you then I’ll be beating you, but that hasn’t happened yet. But now he’s getting close, so I’m excited to see him stick with it. He already quit football for it, so hopefully you’ll see us doing this in the longrun.”

Natasha Knight and her own 9-year-old Thoroughbred gelding Harbour the Truth, completes the Area I team and they finished just 4 seconds over the time today. “[Harbour the Truth] was so good,” said Knight. “He’s such a cross-country machine. Every time I go out it’s a blessing to ride him on course he’s just so good. I had fun, I wasn’t nervous which was amazing.”

There is a new face on the Area I squad this year and that is Buck Davidson, who has taken over as team coach. He claimed that he took the job in a “weak moment” when his friend, Jane Hamlin called and asked him to take on the role. Davidson is glad to be giving back after he saw the selflessness of the Area selectors. “I just want these guys to have the positive experiences I’ve had on teams,” said Davidson. “I’ve been on teams that are successful with team camaraderie and I’ve been on teams not successful with no camaraderie. Not everyone’s going to have their best weekend, and we need to be there for our friends and teammates.”

The leaderboard also shuffled quite a bit in the individual standings as Megan Loughnane and Linford took over the top spot. Loughnane is Area II, but is riding as an individual aboard her own 8-year-old Holsteiner gelding (Landos x Napoline).

“I had a really good ride today,” said Loughnane. “Cross-country is not always our strongest phase as we’re a little green, but he was really good and I’m super happy.”

Loughnane purchased Linford two-and-a-half years ago when he was just going Training level. Like Pierpont’s Indie, Linford had been competing with Jennie Brannigan and Loughnane brought him up to Preliminary by herself. “When I first started eventing and heard about NAJYRC it was always something I’ve wanted to do,” continued Loughnane. “Being here doesn’t even feel real – I’m still absorbing it. This is such a cool experience.” 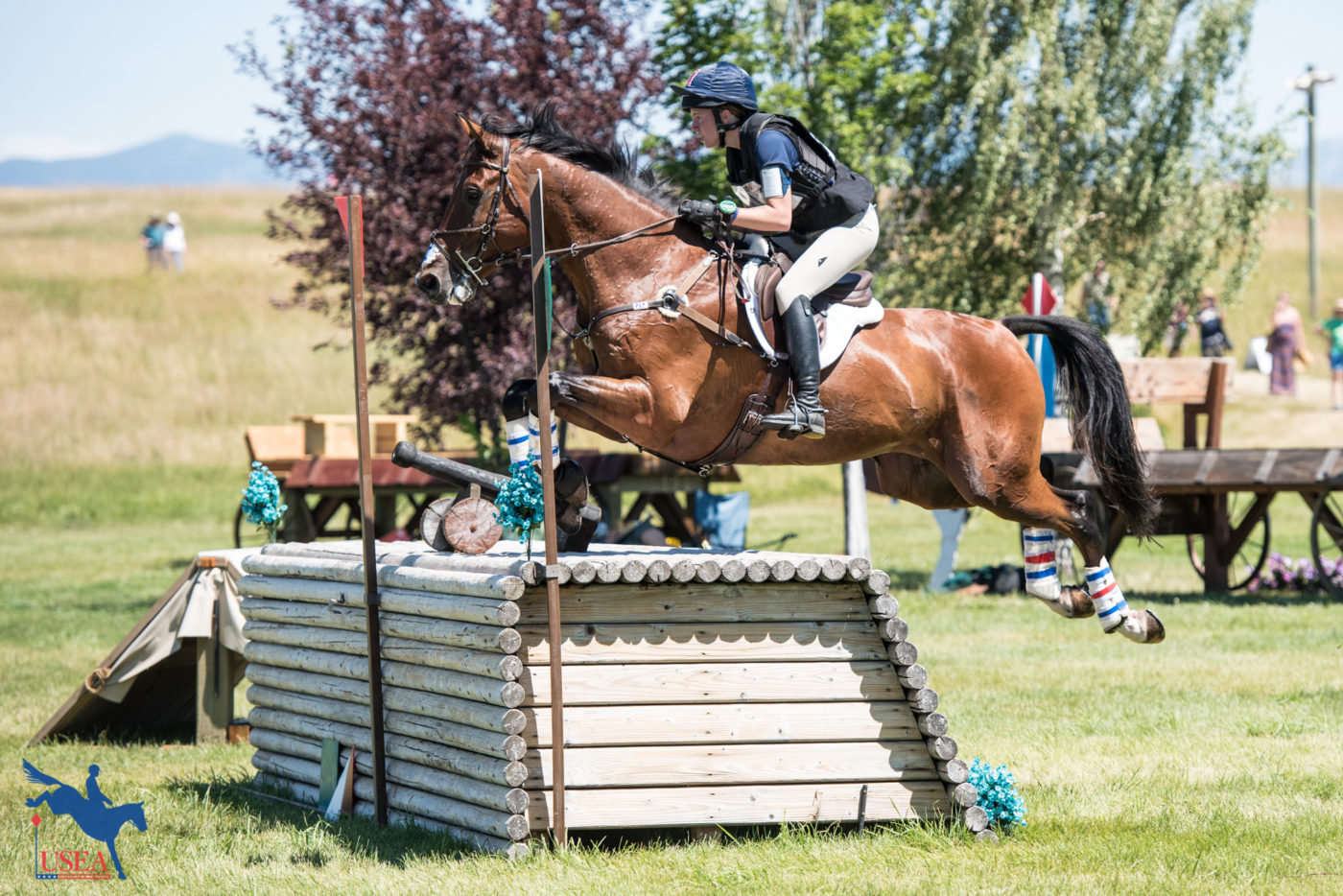 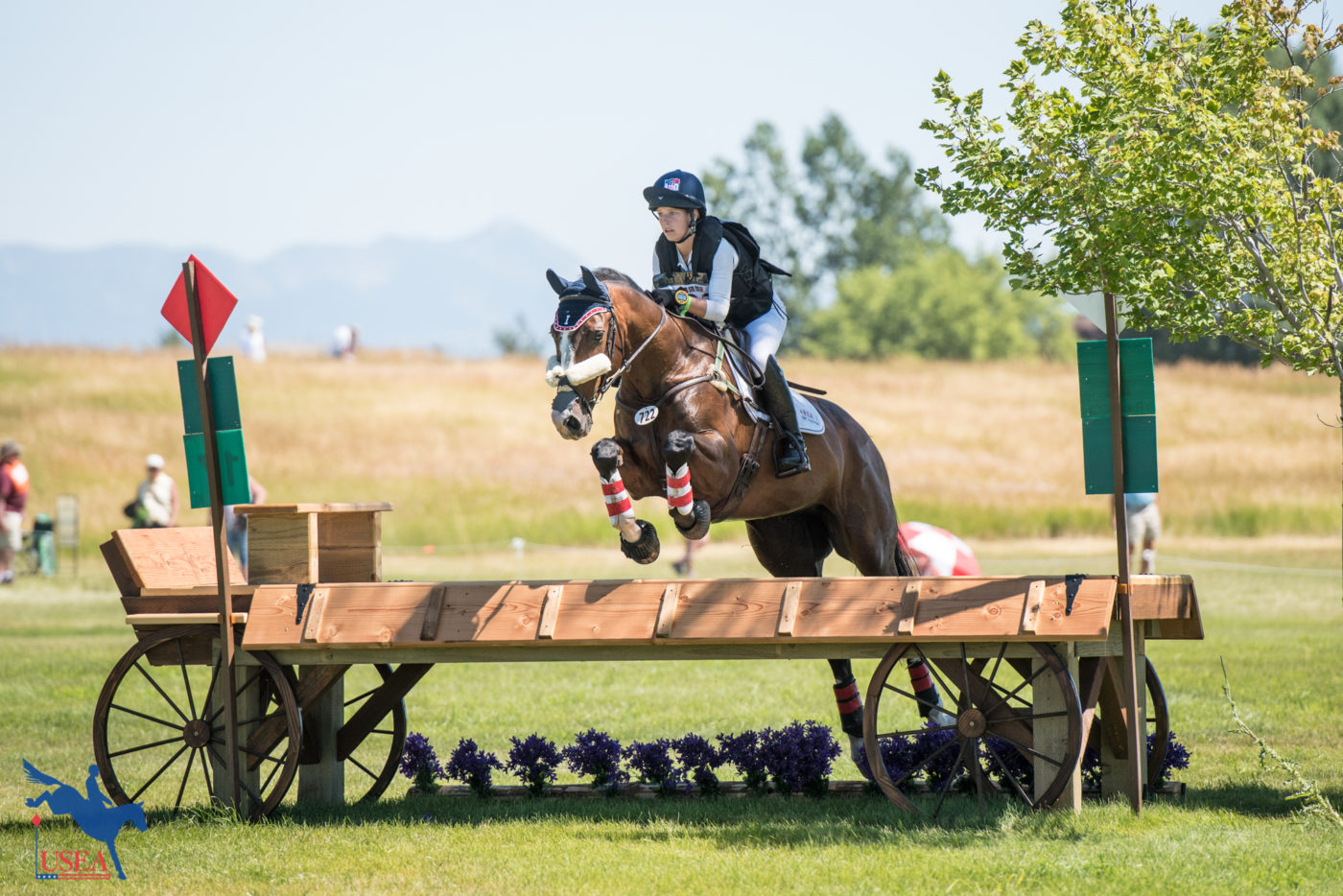 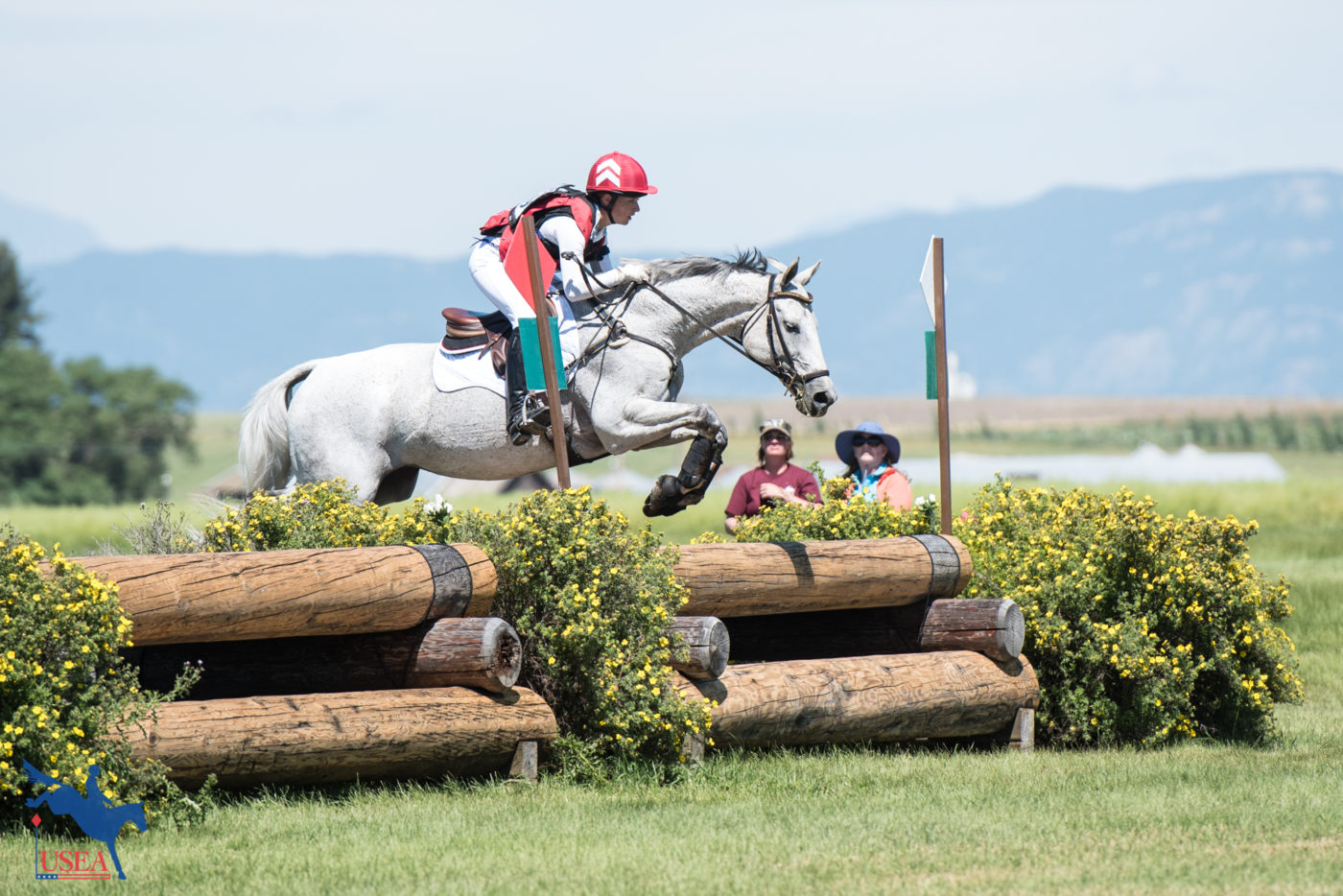 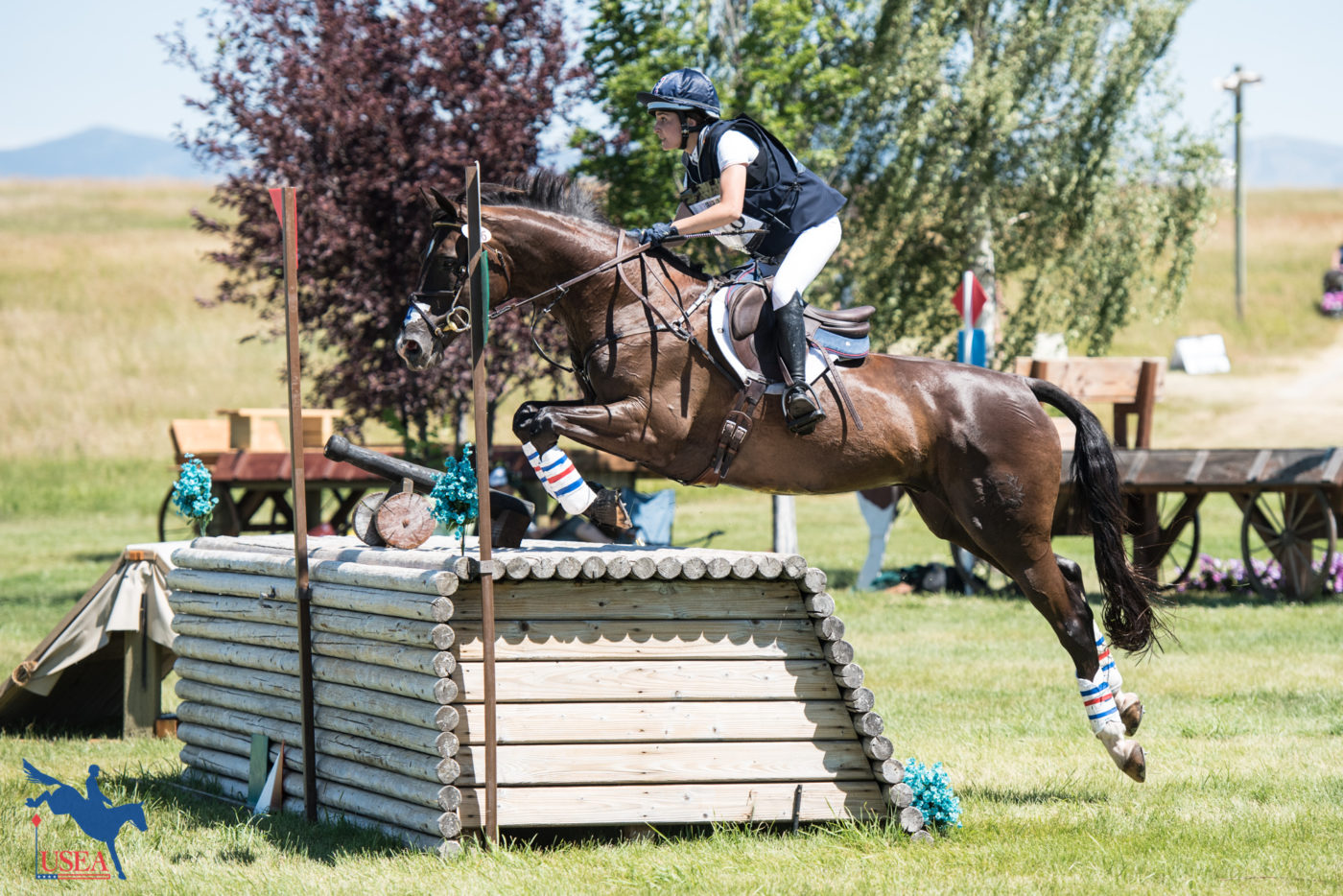 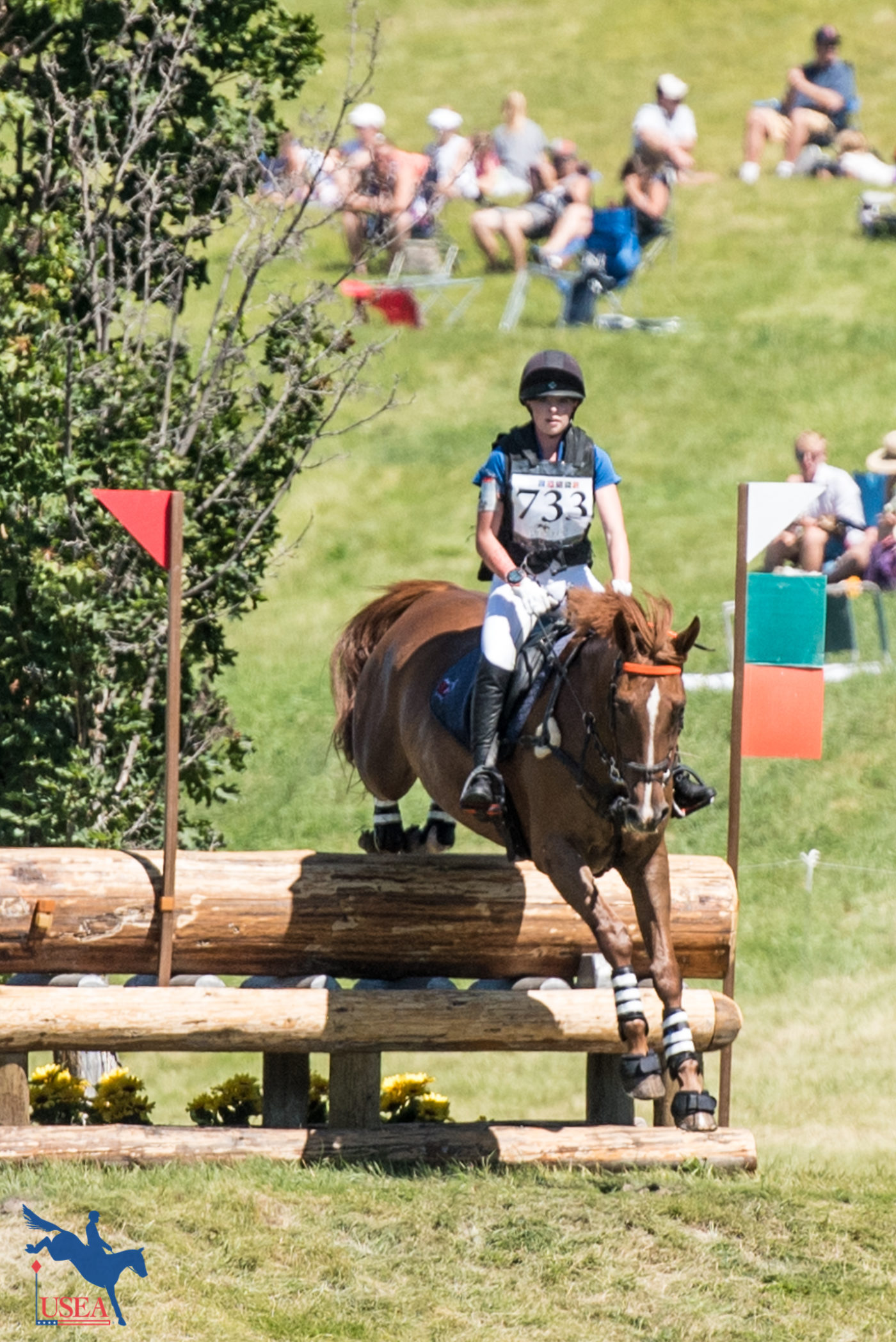 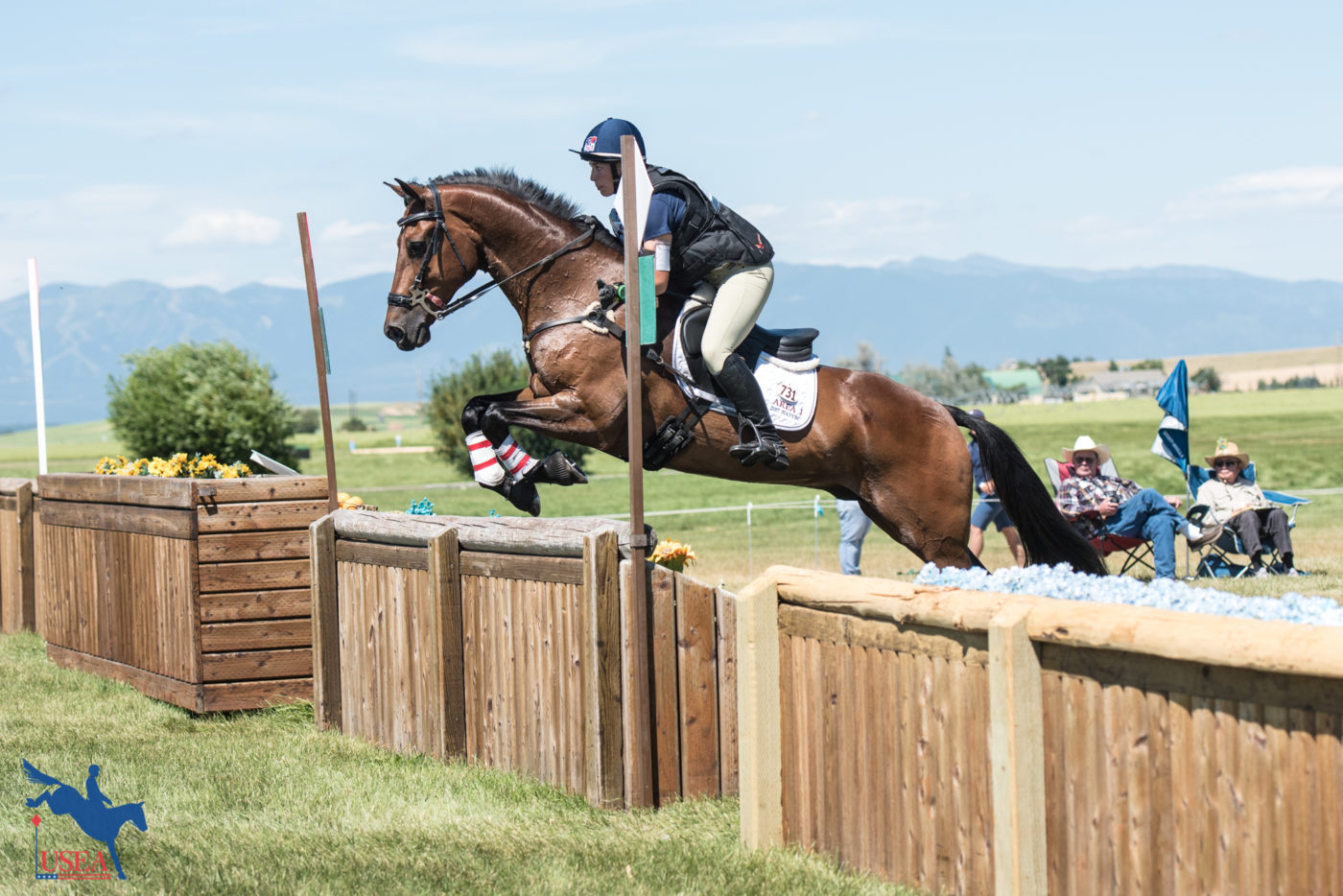 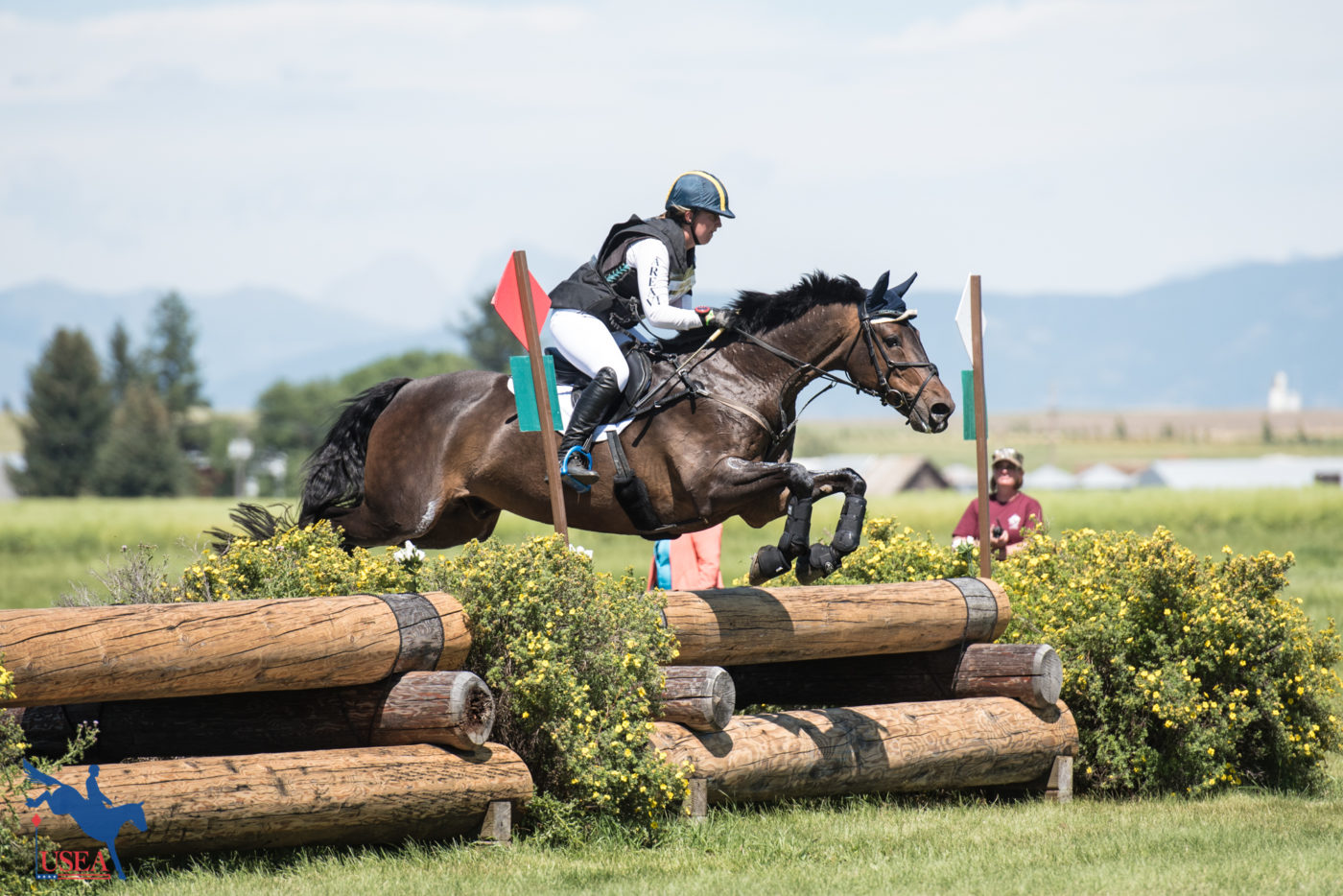 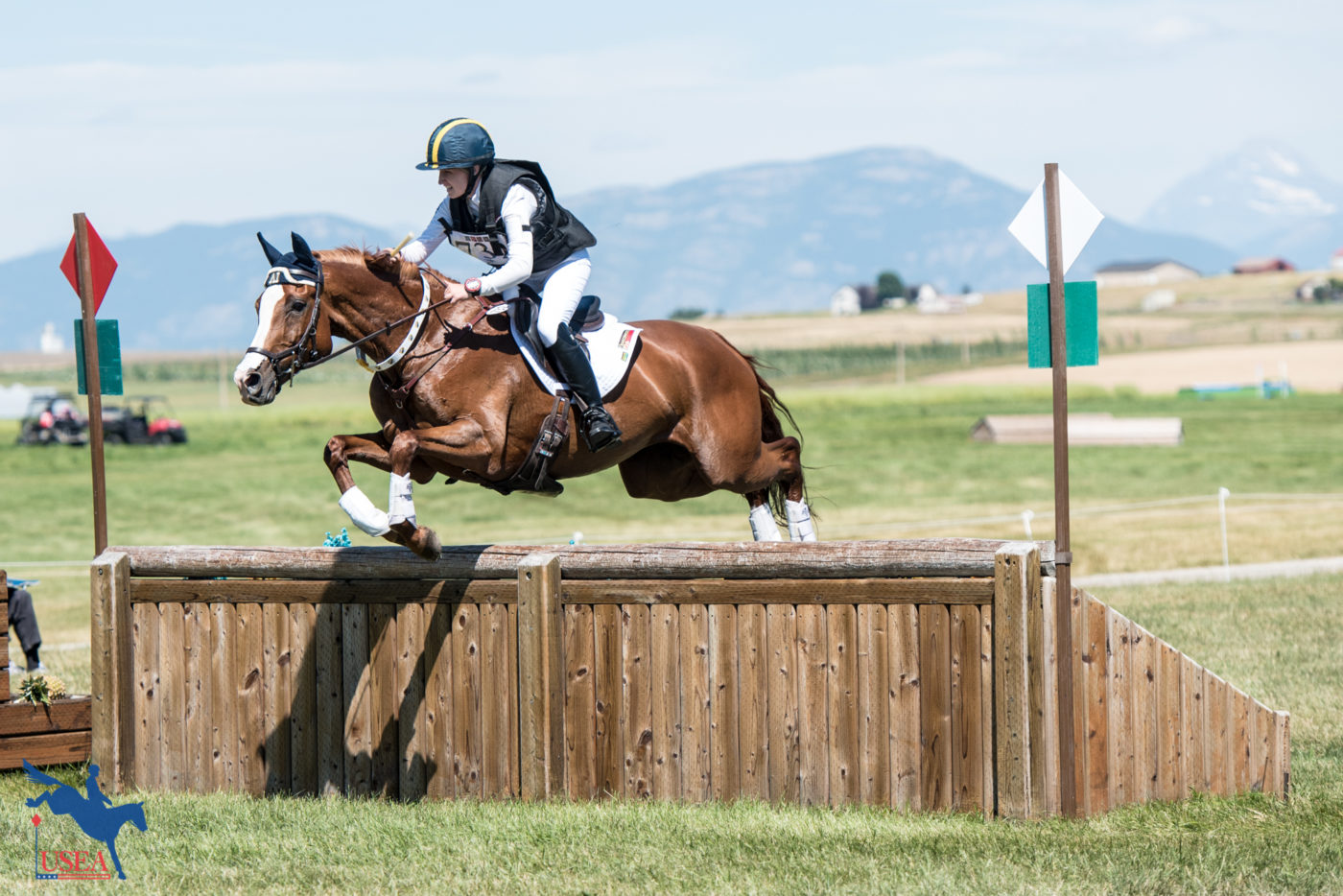 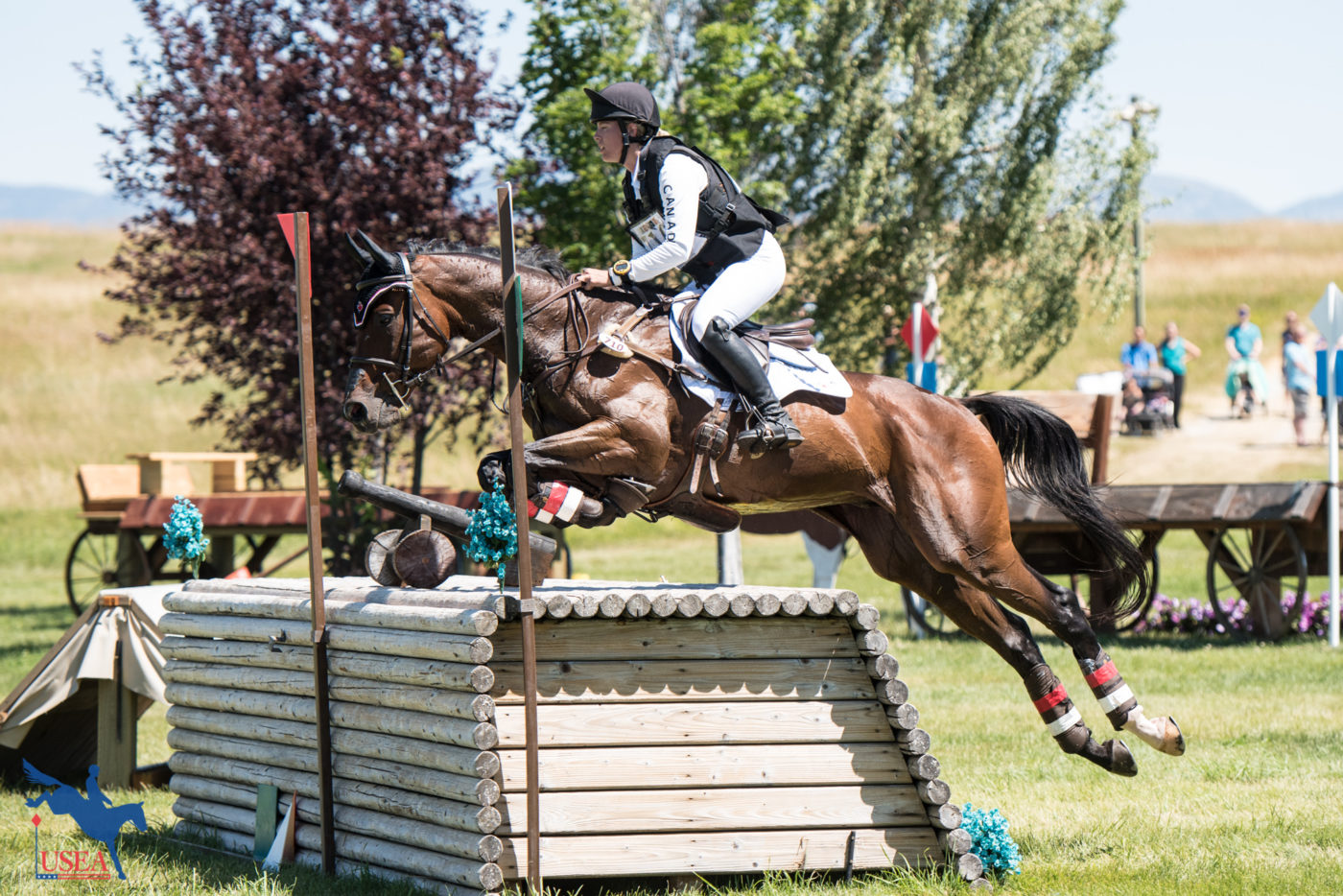 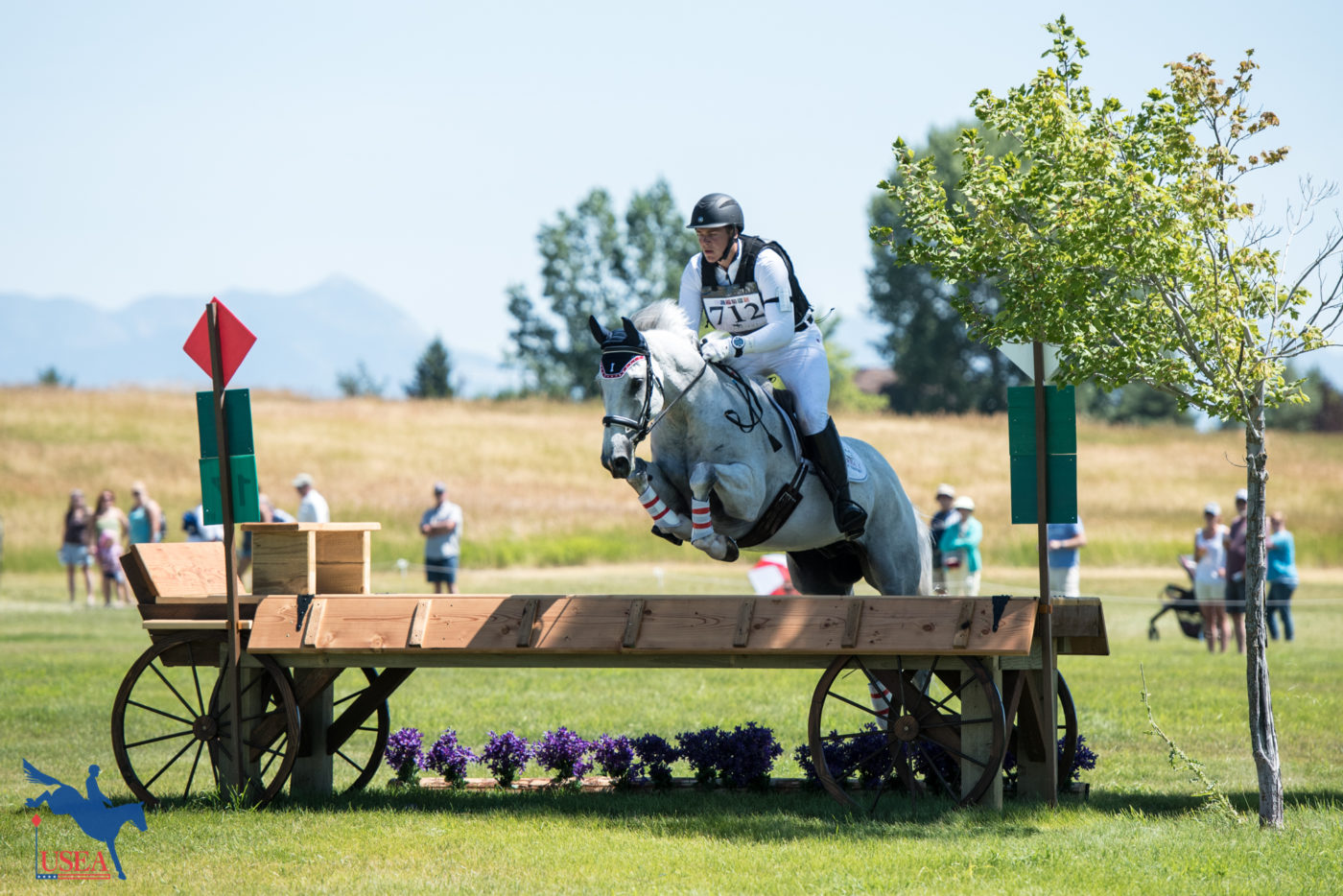 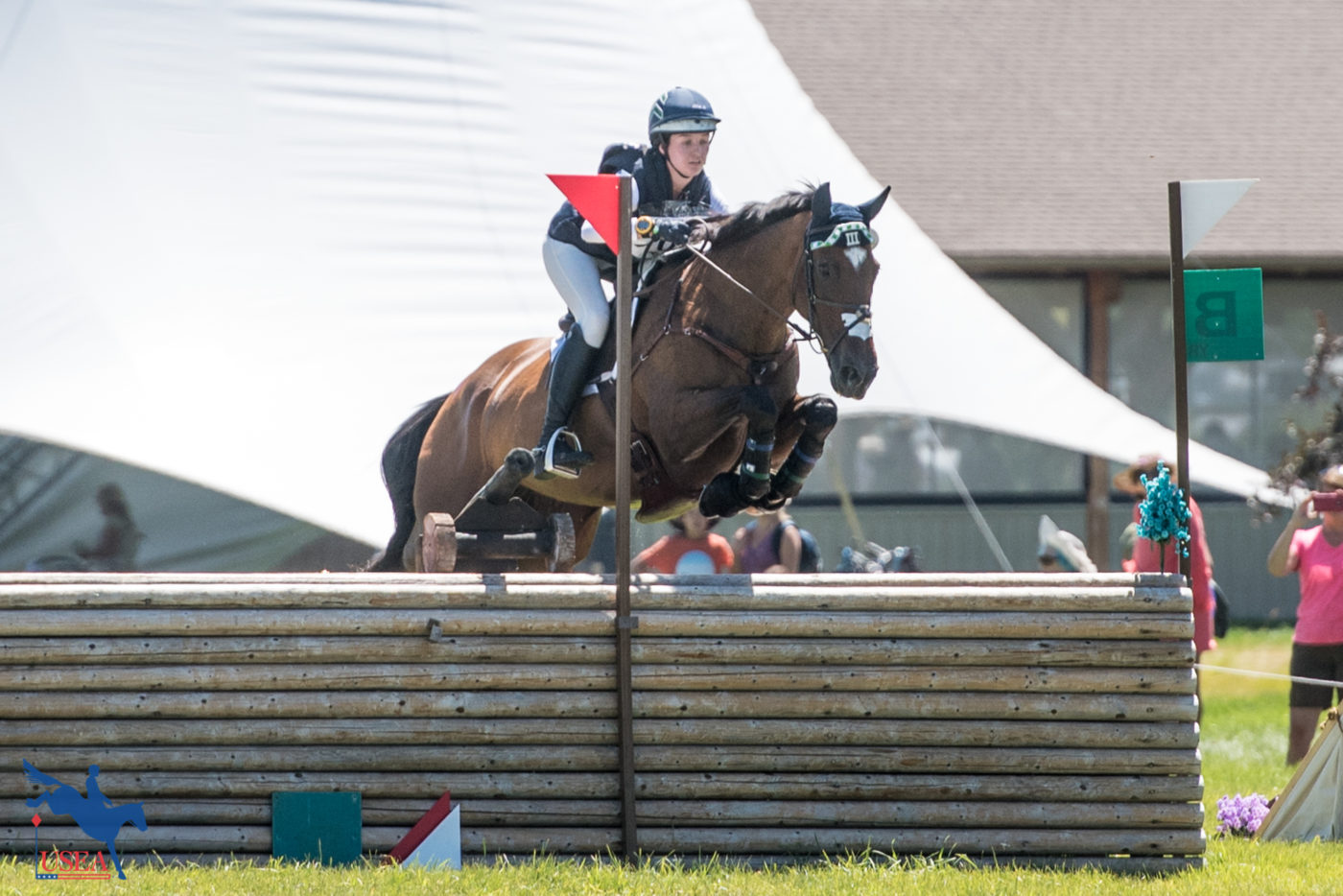 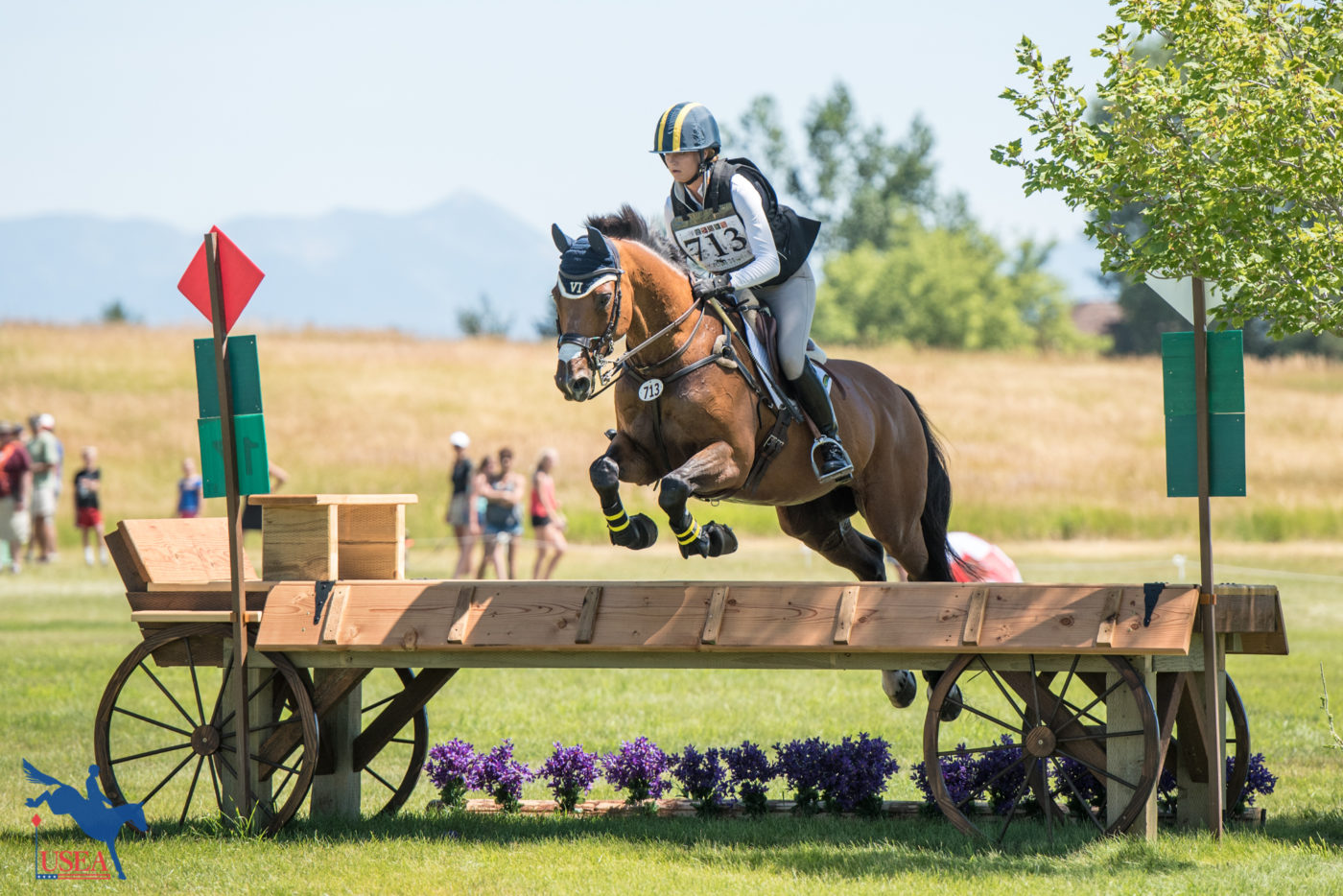 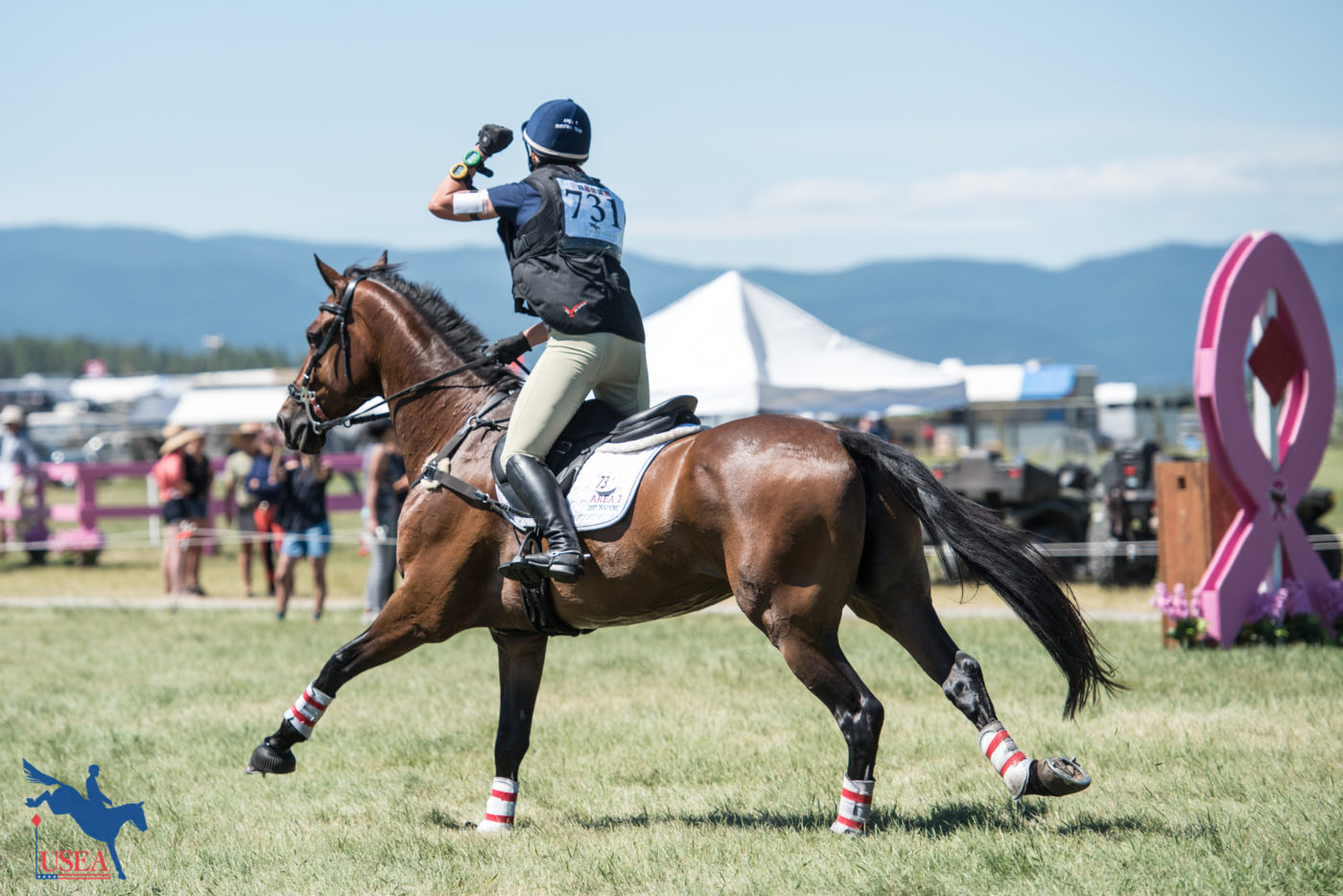 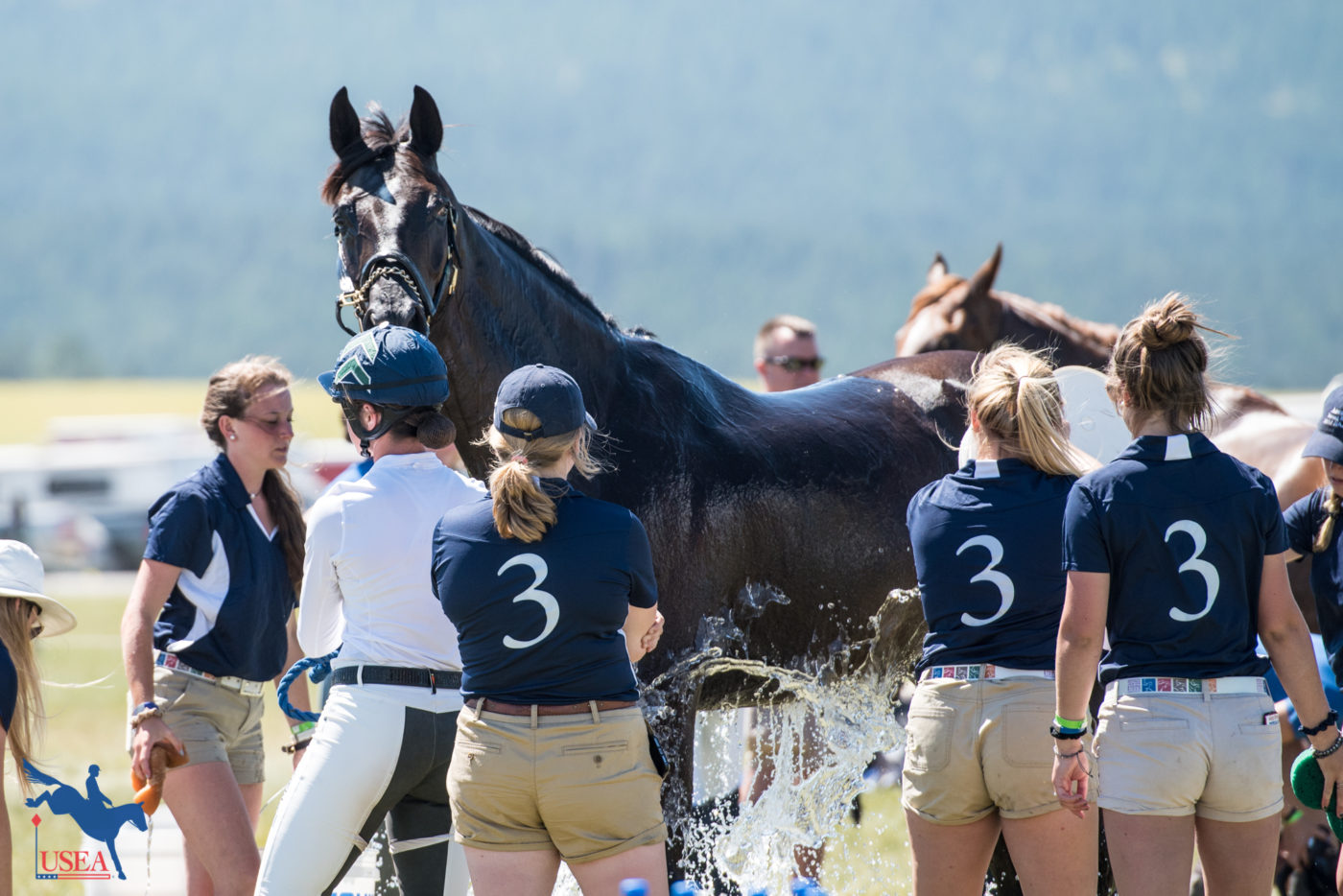