Buck Davidson and Cooley Candyman were the first pair to canter through the fog and down centerline in the inaugural Morven Park International CCI4*-L. They scored a 29.6 to take the lead which they wouldn’t relinquish throughout the entire division. Rolo 7 LLC’s Irish Sport Horse gelding (Sligo Candy Boy x Dashing Hill) is just 8 years old and attempting his first CCI4*-L, but he bested the field of 24 horses.

“He’s a super, super cool horse. He is only 8, but he missed last Fall and I brought him back this Spring and did a Training test in March and the judge said ‘I am sorry I think that is the worst score I have ever given,’” laughed Davidson. “When he’s a monkey, he’s a monkey.”

With that Training score behind him, ‘Rolo’ made his Advanced debut this summer at the Horse Park of New Jersey with a second place and competed in the CCI4*-S at Great Meadow and Plantation.

“He is still green and he has so much ability it is unbelievable,” said Davidson. “He really tried today. He’s not all the way there yet, but I definitely think he is the best horse I have ever had.”

Only two other horses broke in the 20s who are tied for second on 29.8. Caroline Moran’s Quasi Cool, a 10-year-old Holsteiner gelding (Quo Vados I x B-Estelle) who is contesting his first CCI4*-L with Phillip Dutton in the tack and Colleen Loach and her Pan American Games’ horse FE Golden Eye, a 9-year-old Hanoverian gelding (Goldfever 3 x Cascade) owned by Peter Barry, Amanda Bernhard, and the rider.

The CCI4*-L division will be the first on Derek di Grazia’s cross-country tomorrow with the leader heading out of the startbox as the pathfinder at 9:00 a.m.

“I said to Derek [di Grazia], I think it’s as good of course that I've ever walked,” explained Davidson. “It's got a lot of flow, it's got a lot of gallop, it's got big jumps, it's got tricky jumps, but it feels like it's going to be difficult, but very fair. And it's nice to see a course up to height and up to size – it’s proper. This place is an amazing facility and to have a course like this. It is so sad not to have Tremaine [Cooper] here – he obviously had a lot to do with this course and this place – but I think he would be super happy.”

“It feels like there is a lot of terrain and a lot of galloping,” continued Davidson. “It is a big difference from four-star short to this and it should be. If you go around here alright you will have a horse that you can keep going with. I think with too many of the four-stars you can’t say that.”

Twelve of the 21 pairs in the CCI4*-S left all the rails up in the show jumping with just two of those adding time penalties. Will Coleman and Chin Tonic HS, Hyperion Stud’s 9-year-old Holsteiner gelding (Chin Champ x Wildera), maintained the overnight lead in the CCI4*-S with a clear round over the Chris Barnard-designed course. Second-placed Clayton Fredericks also held onto his position with FE Stormtrooper, Kingfisher Park and Diana Crawford’s 12-year-old Hanoverian gelding (Stakkato’s Highlight x Levina) and moved up from fourth to third with FE Ophelia, Kingfisher Park’s 14-year-old Zweibrucker mare (Ocordo x Argentina).

The CCI4*-S cross-country gets underway at 11:24 a.m. tomorrow to finish out their competition. 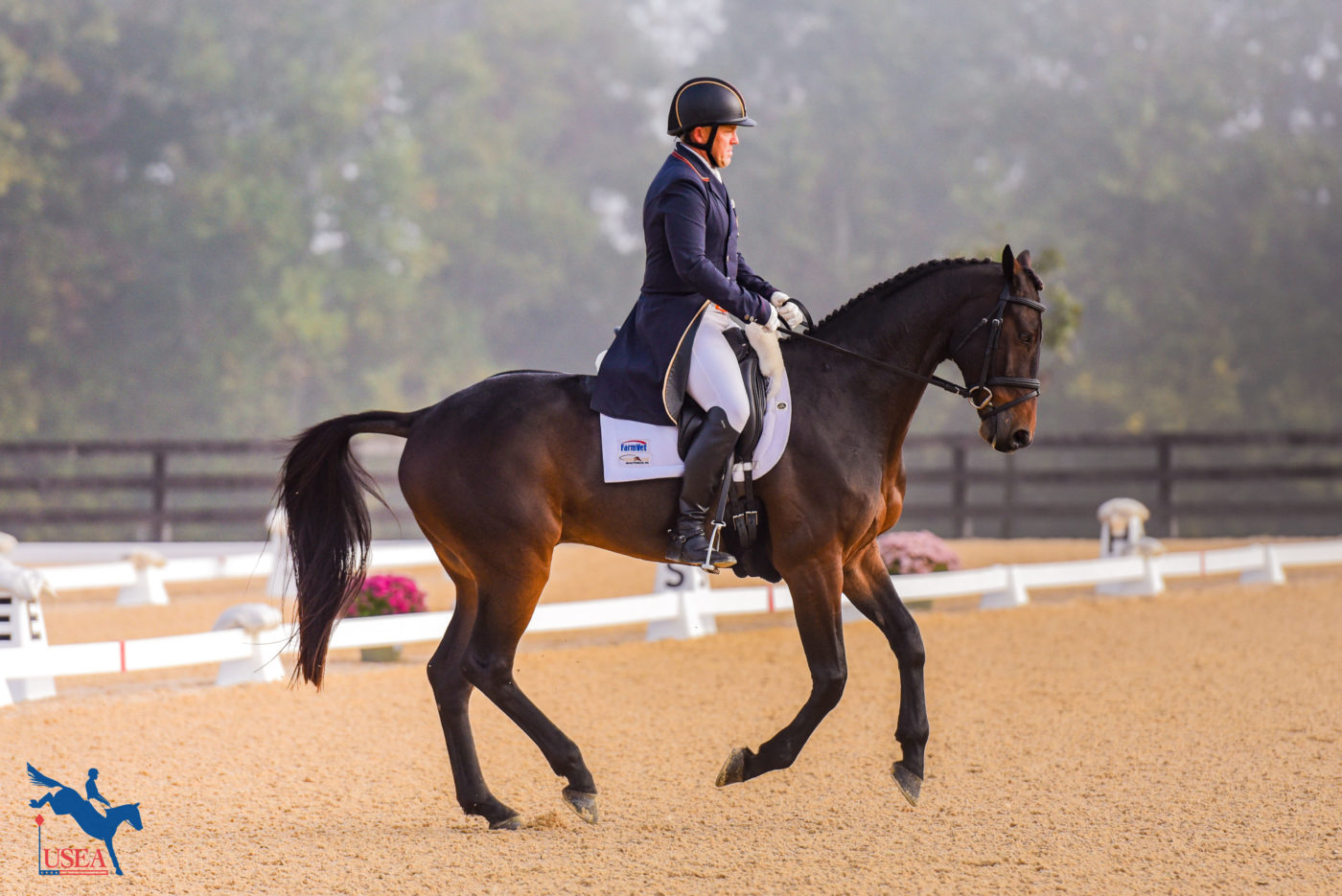 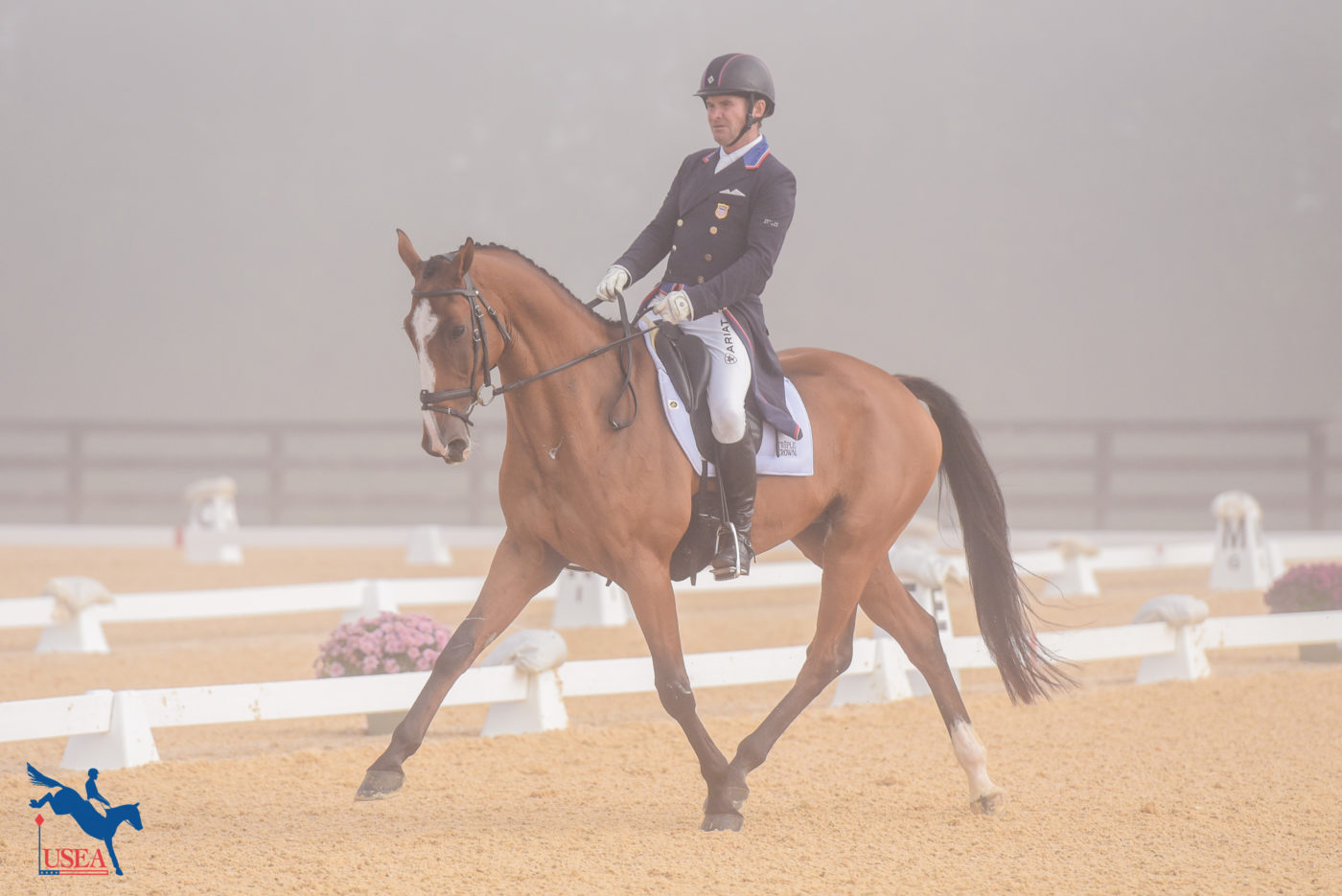 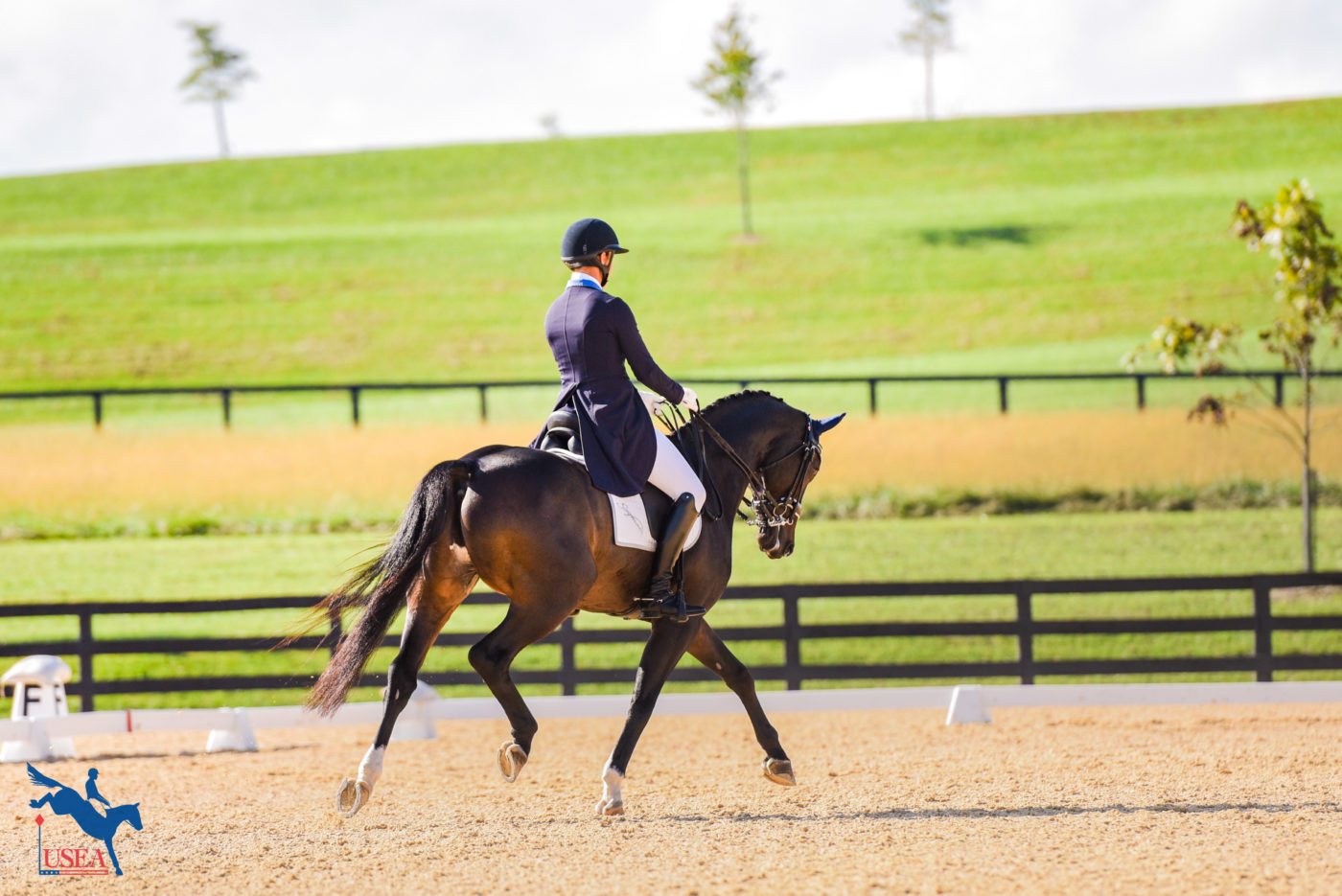 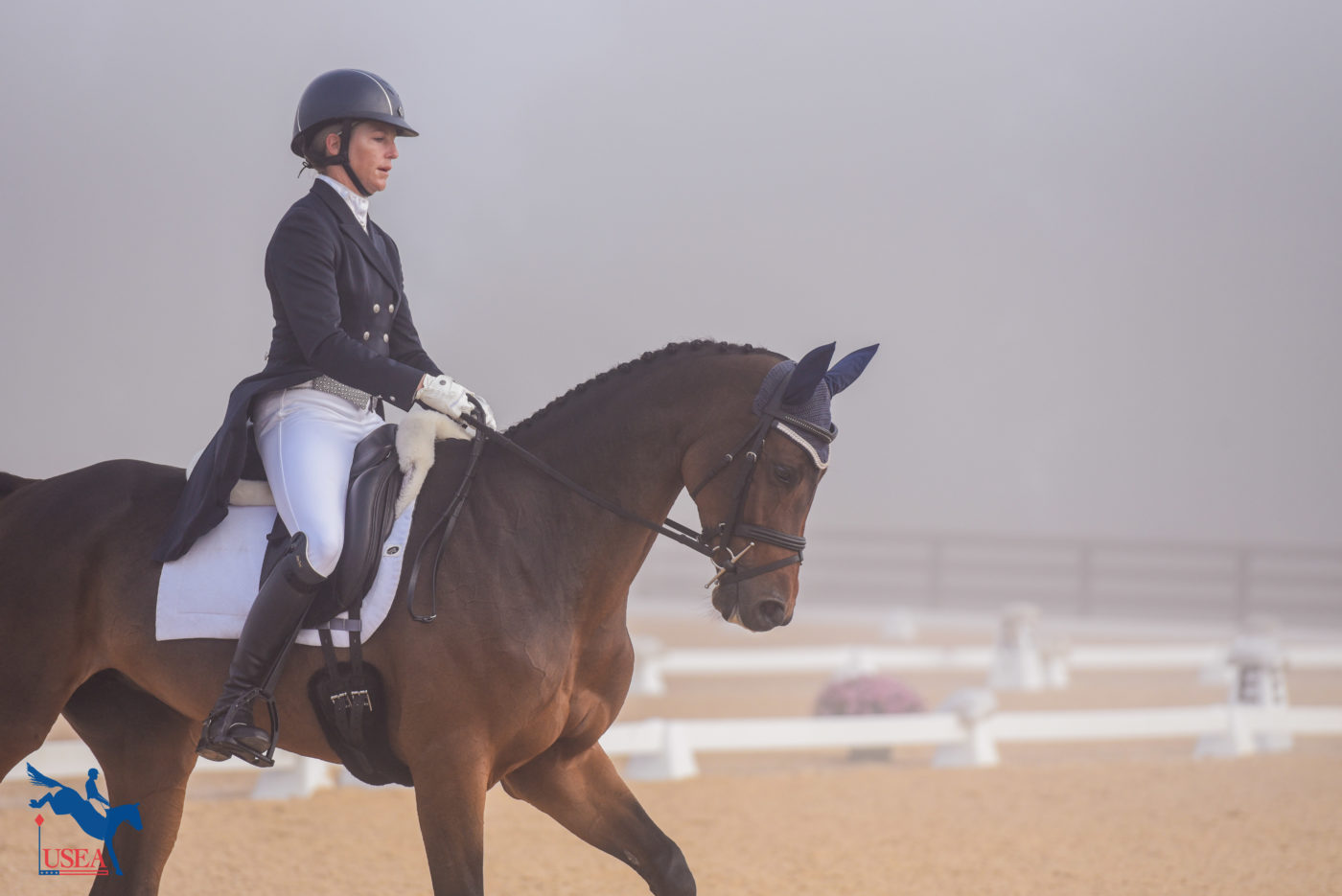 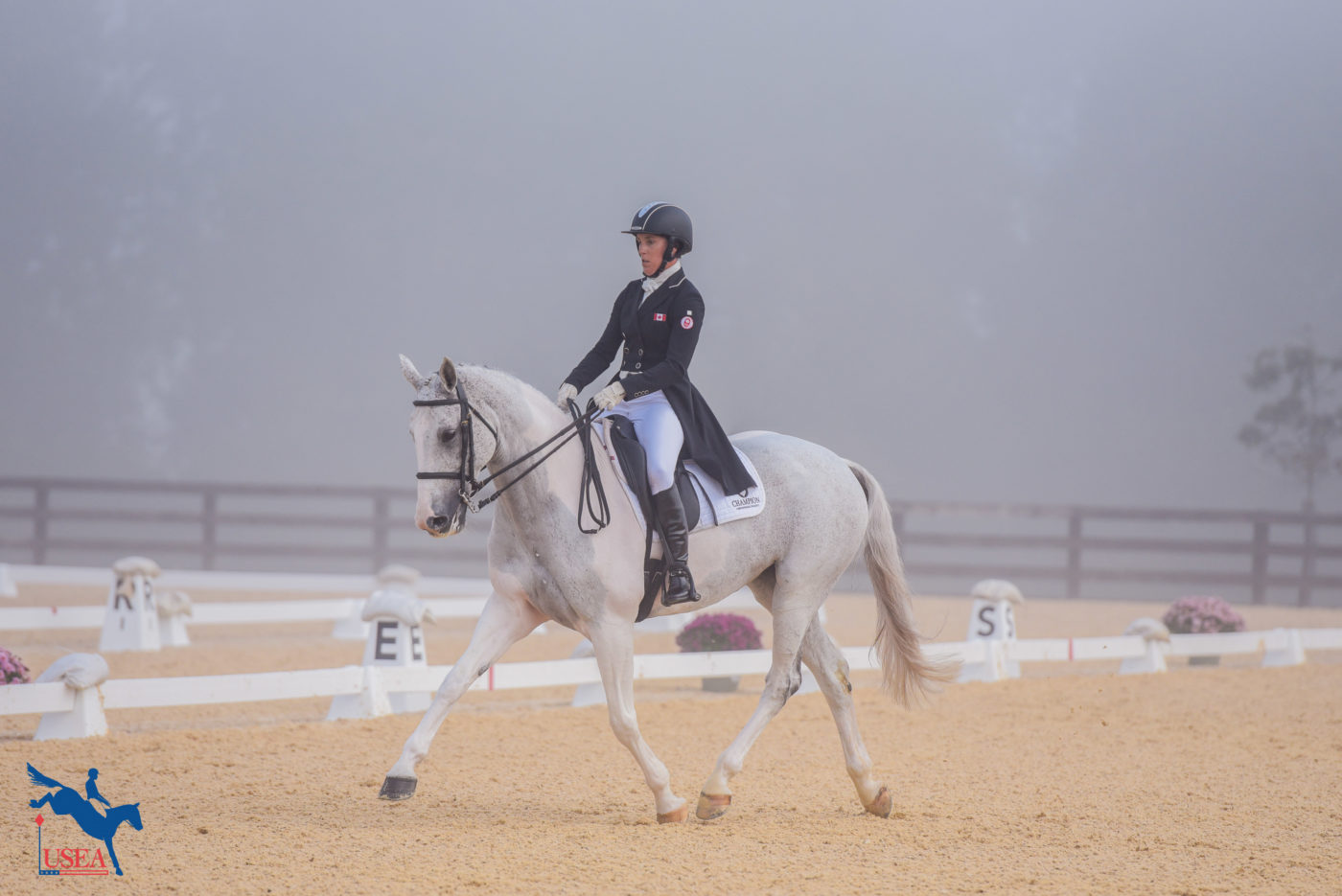 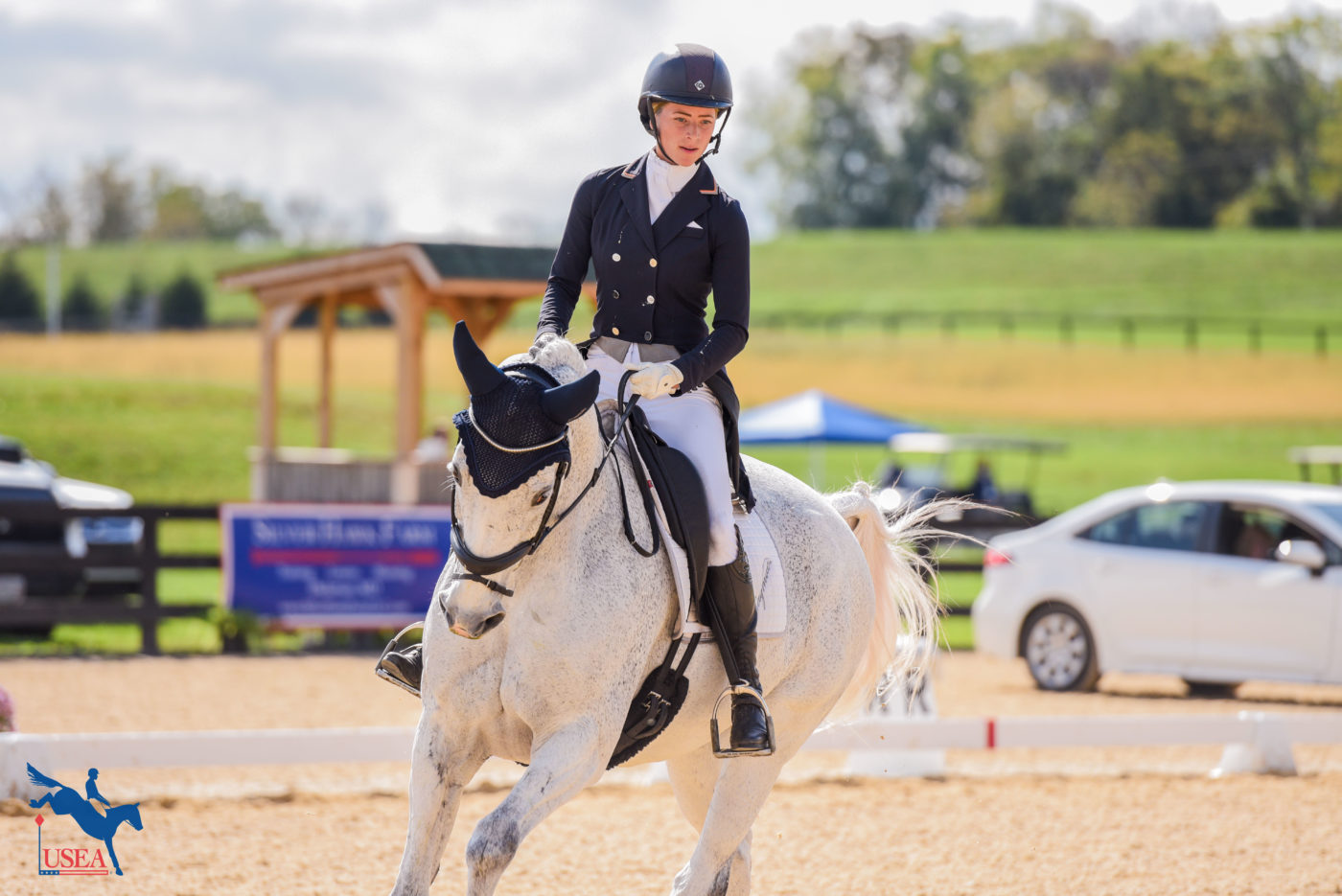 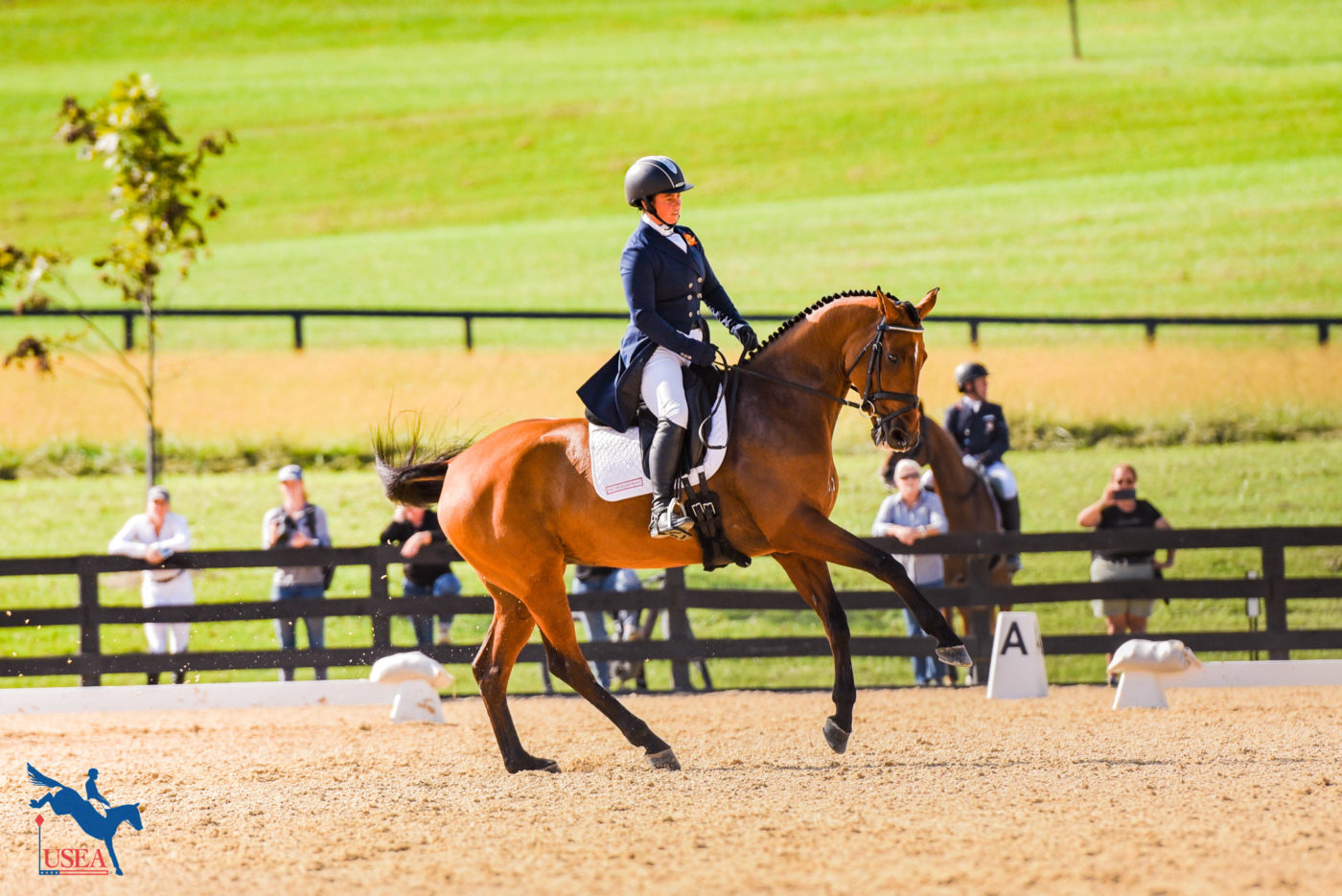 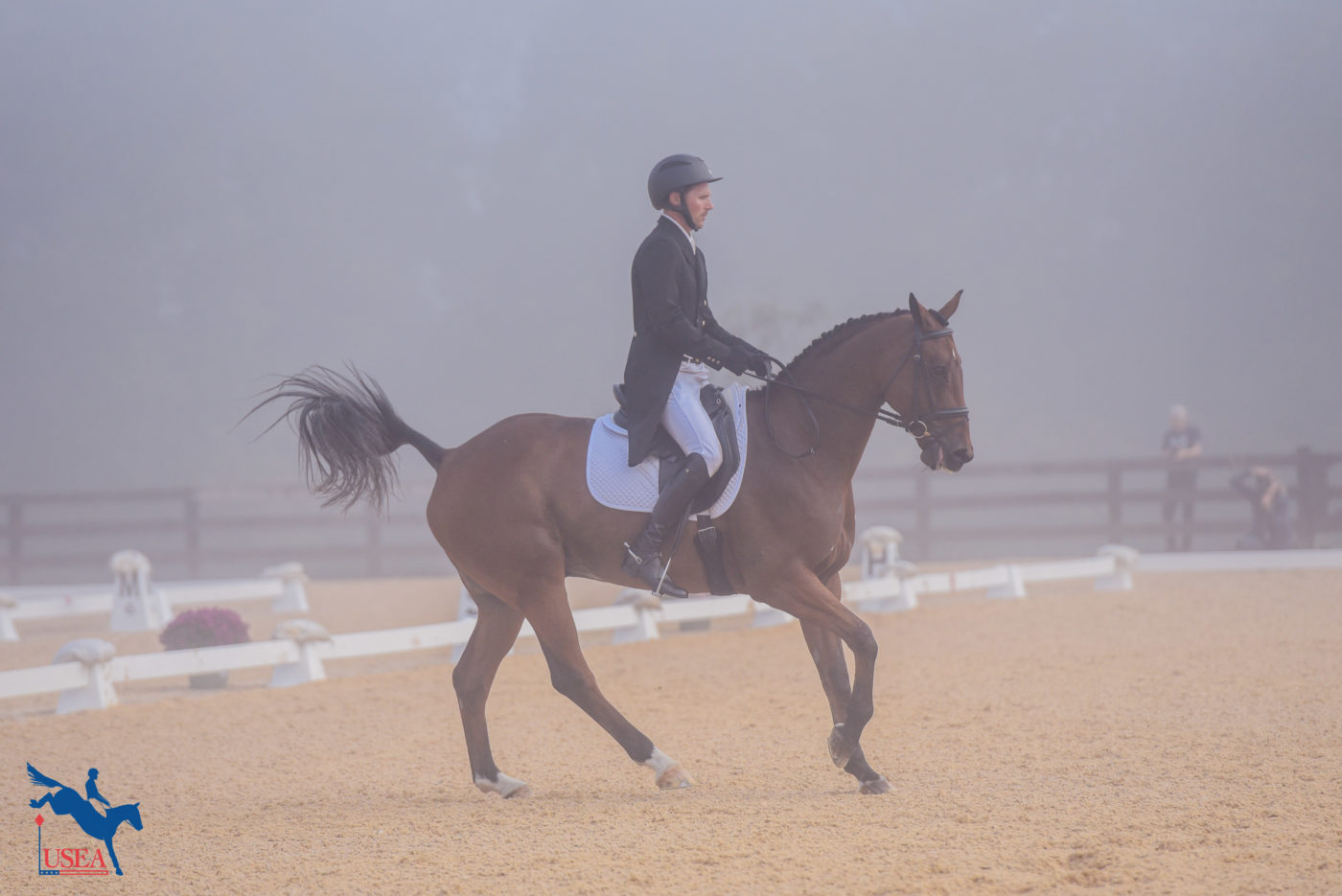 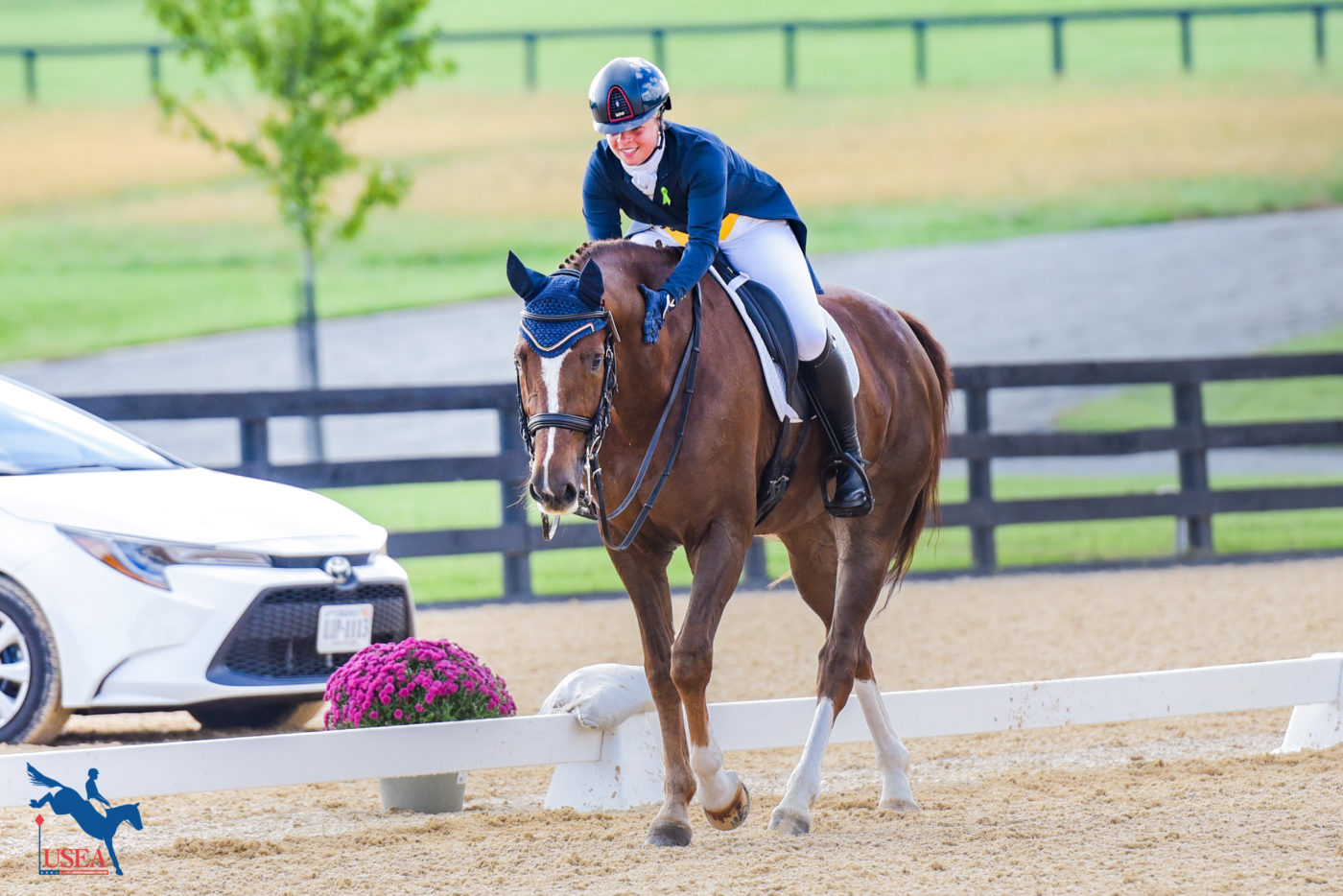 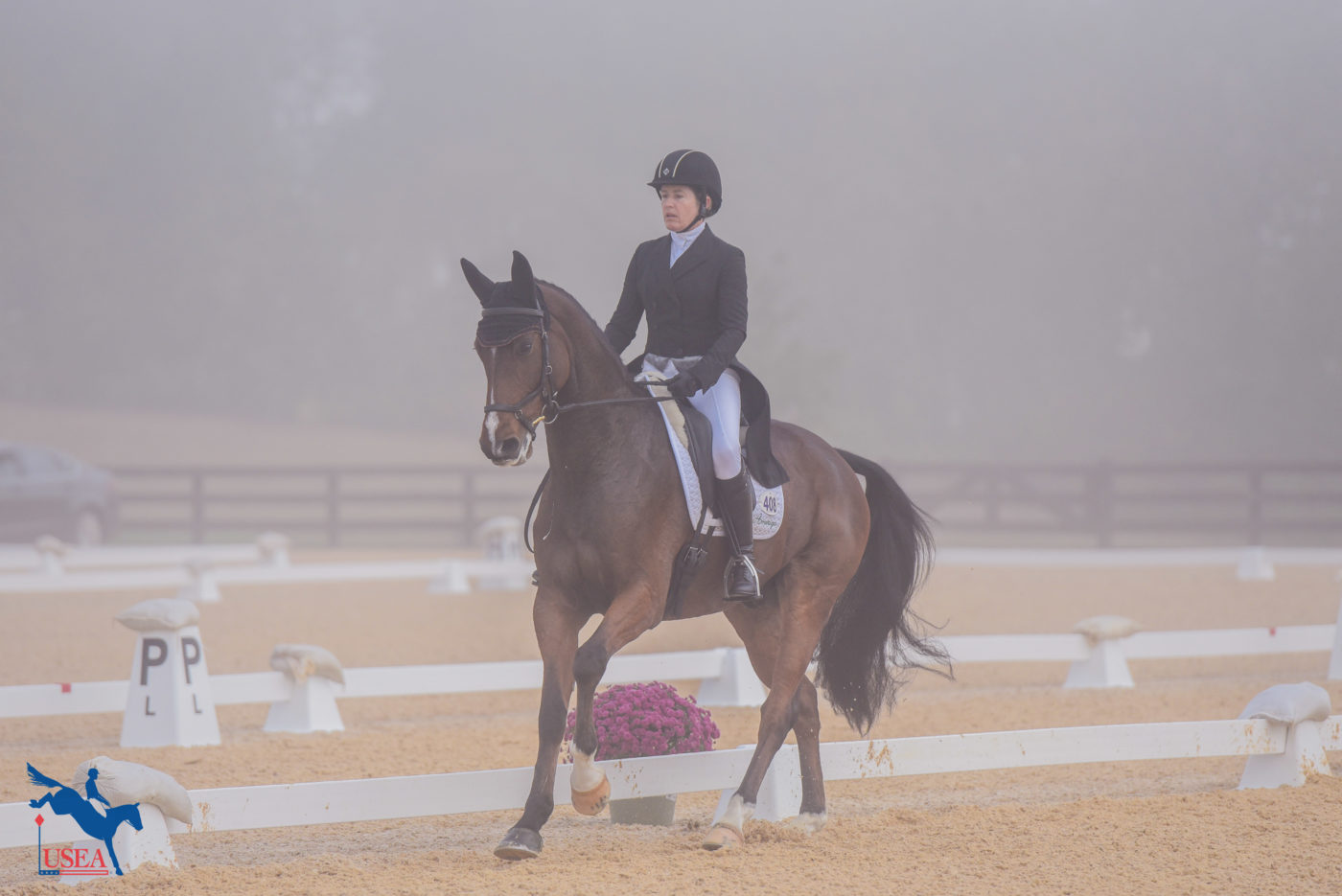