For the ninth year the USEA Young Event Horse (YEH) East Coast Championships were held at the Dutta Corp. Fair Hill International Horse Trials in Elkton, Md. This year saw 55 of the best 4- and 5-year-olds in the country compete for a chance to be named the champion among their peers. For the second day of competition, horses and riders competed in a jumping test designed by Trish Gilbert in front of judges Judy Bradwell and Mark Weissbecker. The course began with six show jumps followed by a series of cross-country obstacles including jumping in and out of water and ended with a demonstration of the horse’s gallop.

Kim Severson is no stranger to the YEH Championships having won the 5-year-old class with Cooley Cross Border in 2012. This year she partnered with another Cooley horse, Exclusively Cooley, to take the title once again. Exclusively Cooley was sitting in second following the first two phases of the Championships, but with jumping counting for 50% of the total score – an 88.2% jumping score boosted him into the top spot on an 86.65%.

The Irish Sport Horse gelding (Ramiro B x Willow Roads) was bred in Ireland by Diarmaid Considine and sourced by Richard Sheane through the Goresbridge Go For Gold Sale and Severson has had him for almost a full year now.

“He is a very good boy,” said Severson of Exclusively Cooley. “He has just been coming along doing his own thing. I thought he was great this weekend. He is mature for his age, and I thought he handled everything very nicely.”

“He has done a couple of Trainings over the season, so I thought he would be ok to bring here, but it is interesting with the 5-year-olds because they are still growing and he was in a very awkward stage last week, but he is looking better balanced this week. You don’t know which horse you are going to get,” continued Severson.

Will Exclusively Cooley be the next Cooley Cross Border? For Severson she says she is just going to have to wait and see. “Any horse of this quality you give them the right opportunities and ask the right questions at the right times and you do right by them and hopefully you end up with a good horse in the end.”

Watch Exclusively Cooley's round thanks to the Horse Pesterer:

The Reserve Champion 5-year-old, Ferrie’s Cello, earned the highest jumping score of the class to rise from overnight third to the current position. Ridden by Caroline Martin, the Dutch Warmblood gelding by Cello II finished with a total of 86.41% - just fractions from the win for the horse owned by Jeanne Shigo and Bob Ferrier.

“This weekend I couldn’t have asked for him to be any better,” said Martin. “He is a lovely creature and handles the atmosphere really well and I do think we have a top horse – I hope so at least.”

“When I was overseas with the Karen Stives Grant, I went around looking at some young horses and Leslie Law found him, so I called my friend Jeanne Shigo and her boyfriend Bob Ferrier and said to them 'I have found the most amazing horse' and luckily enough they agreed to bring him back for me. I picked him up from quarantine on July 4th. It is such a long journey to get here especially to the heat in Florida and he has taken it all in stride,” continued Martin.

Matthew Flynn took both third and fourth place with two Dutch Warmblood geldings he has in his sales program, Flynn Sport Horses LLC. Get Wild, by Namaelus scored a final total of 82.92% for third and Get Out by Bernini earned a 78.61% for fourth.

Bea Ready is presented with all of her prizes as YEH 4-year-old East Coast Champion. USEA/Leslie Mintz Photo.

Yesterday’s leader, Bea Ready, showed off her jumping prowess today and despite the rest of the 4-year-old field’s best efforts she couldn’t be caught. Kristen Bond’s own Dutch Warmblood mare (Cicero Z Van Paemel x Tizora) scored an 89.10% in the jumping phase to finish out the competition as the 4-year-old East Coast Champion with an 86%.

“She was super,” Bond said of her ride on Bea Ready today. “She jumped everything really well. I liked the course a lot. She had never gone that fast on her gallop, so she thought that was really, really cool.”

Bond hasn’t competed in the YEH program in several years, but decided to bring Bea Ready, the mare sourced by fellow competitor Matt Flynn in Holland this year for a few reasons. “She is gorgeous, so I thought she would be pretty competitive,” explained Bond. “Also, Matt has really helped me throughout the years so I thought he deserved to have the recognition because he has helped me along the way.”

The Reserve Champion title went to Café Noir, who scored the highest jumping score of the entire day – an impressive 93.2% to give him a final score of 85.27%. The Thoroughbred cross gelding (Concerto Grosso x Casey Darling) who was bred by Ashley Brandt is normally ridden by his owner, Nancy Koch, but Waylon Roberts took on the ride for the Championships.

“He was excellent – he always jumps a careful jump and he just keeps getting braver and braver so I went out and rode him pretty forward and the course suited him pretty well. I was intimidated by some of the jumps, but he wasn’t,” said Roberts of Café Noir’s round today.

With an 85.27%, Beall Spring Shamrock technically tied for second, but the rules have the ties broken by the highest jumping score. While Stephanie Ormston’s Swedish Warmblood gelding (Shakespeare RSF x Sahara) was the only other horse to break into the 90% territory for jumping scores – he couldn’t quite catch Café Noir.

“He was a little nervous yesterday, but he did his job,” said rider, Martin Douzant who also handled Beall Spring Shamrock when he won the 2016 USEA Future Event Horse East Coast Championships. “He is a very, very brave horse. Probably the best horse I have ever ridden so far. I am happy to ride him.”

There were a few special awards presented this year at the Championships. Kildare’s MHS Tampa, Tim Duggan’s 5-year-old Irish Sport Horse mare (Quintender x Lady Ligustra) earned the Safe Harbor Award with rider, Booli Selmayr. The Safe Harbor Award is presented to the young horse who consistently exhibits the most graceful and rider friednly performance throughout the competition.The Born in America award was presented to Café Noir, as it is presented to the highest scoring horse at the Championship between both age groups, that is American bred. Encouraging quality breeding in the United States, the winner receives a trophy and ribbon, as well as a $1,000 check, thanks to the award donors: Robert Drysdale and Didi Callahan, Laurie Cameron, Coastal Vet Services, Shauna Spurlock, and Denis Glaccum. Itz Happy Hour took home the American Thoroughbred and T.I.P awards, receving a $500 check for the American Thoroughbred award, thanks to award donor, Denis Glaccum. Itz Happy Hour was ridden by Alexander O’Neal and is a 4-year-old mare (Pleasant Strike x Itzcocktailtime) owned by Elinor O’Neal. Exclusively Cooley will now be in the top spot for the 2019 Holekamp/Turner Le Lion D'Angers Grant.

About the USEA Young Event Horse Series
The USEA Young Event Horse Series (YEH) is best described as an eventing talent search. The goal is to identify young horses that possesses the talent and disposition that, with proper training, can excel in the uppermost levels of eventing. While the ultimate aim is to identify the future four-star horses, many fine event horses who will excel at the lower levels will also be showcased.

The Series gives owners and breeders the opportunity to showcase the potential of their four- and five-year-old horses while encouraging the breeding and development of top-level event horses for the future. Classes focus on education and preparation of the event horse in a correct and progressive manner. Youngsters are asked to complete three sections: Conformation/Type, Dressage, and Jumping Test/Gallop/General Impression. To view the jumping standards and specifications, go here. 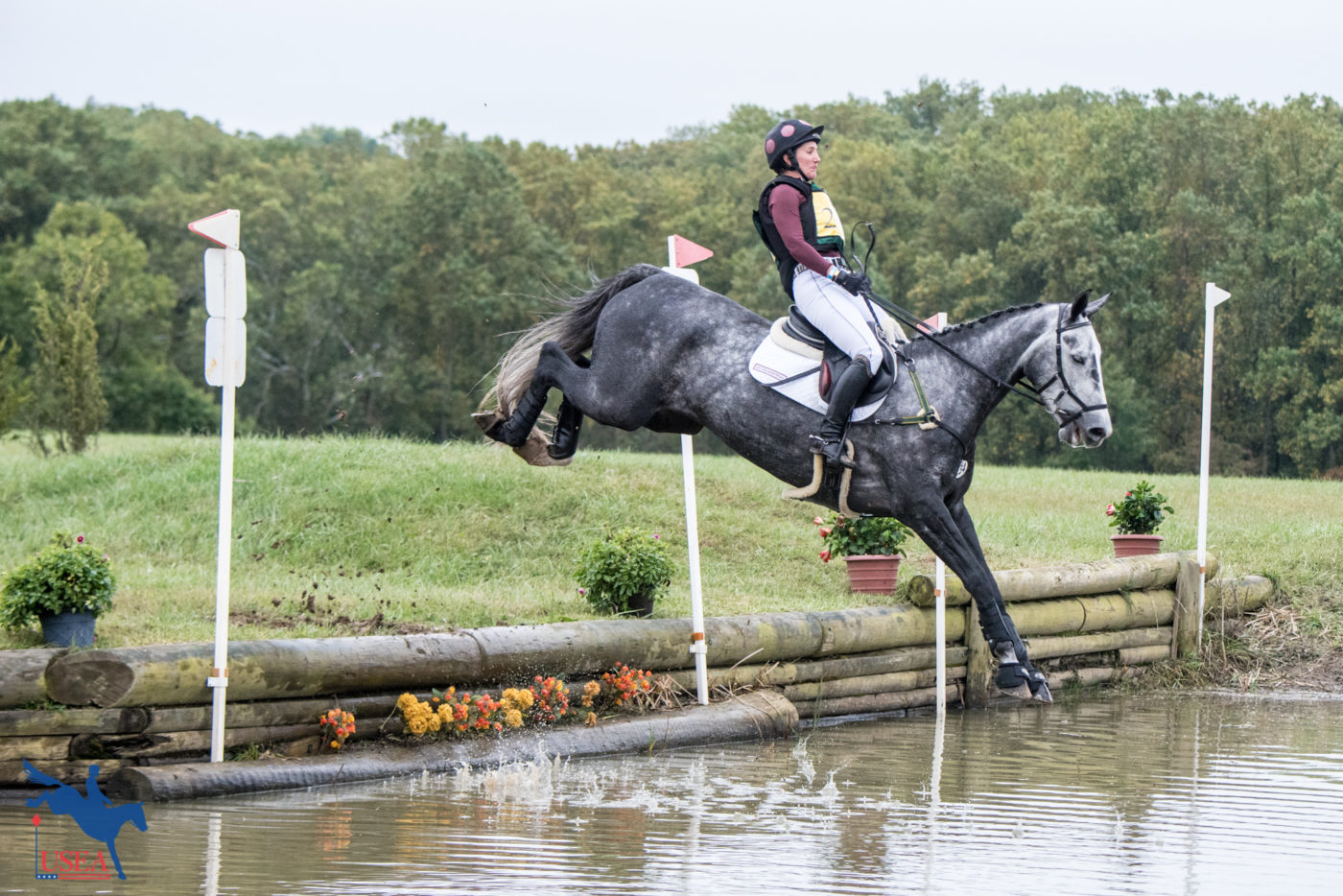 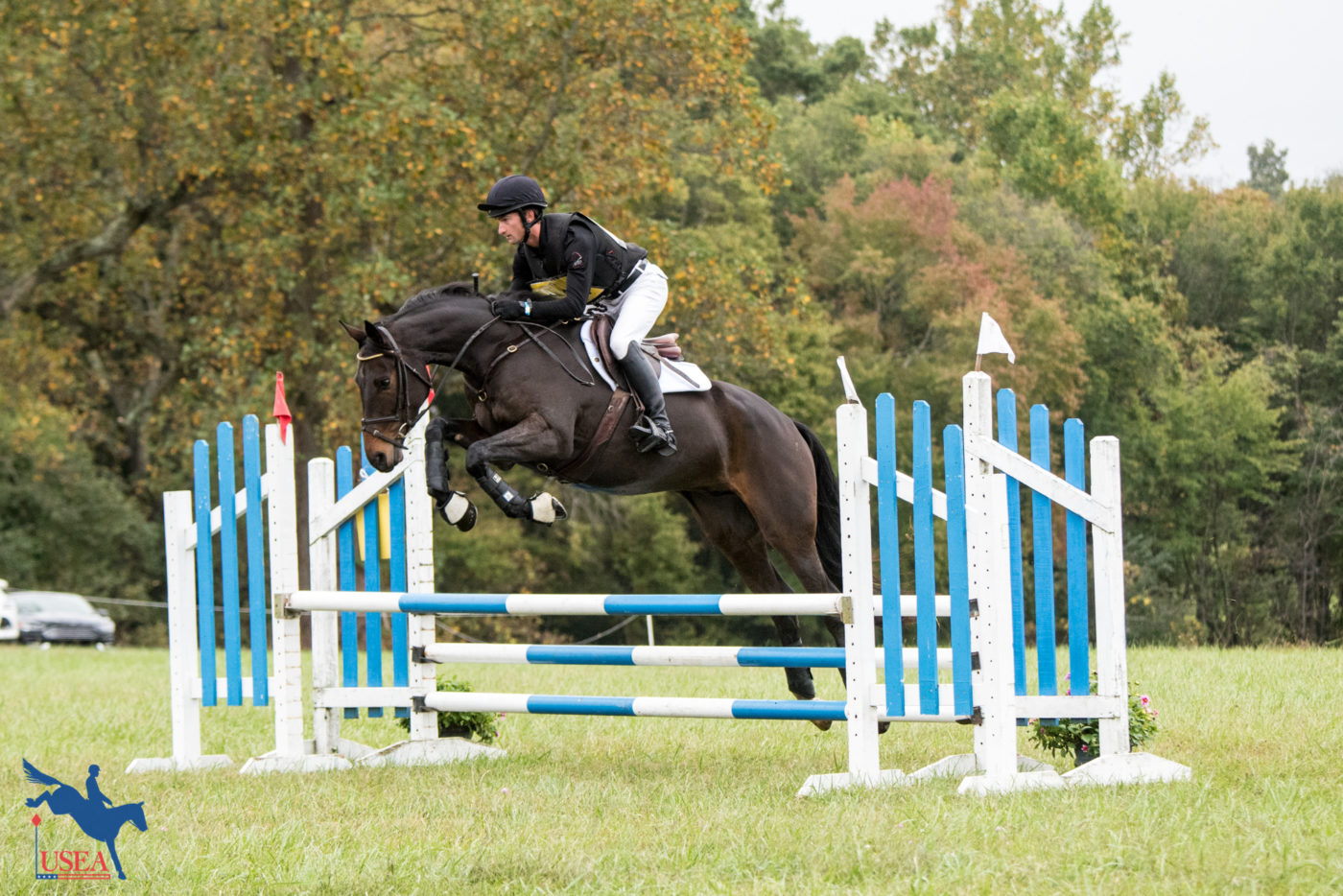 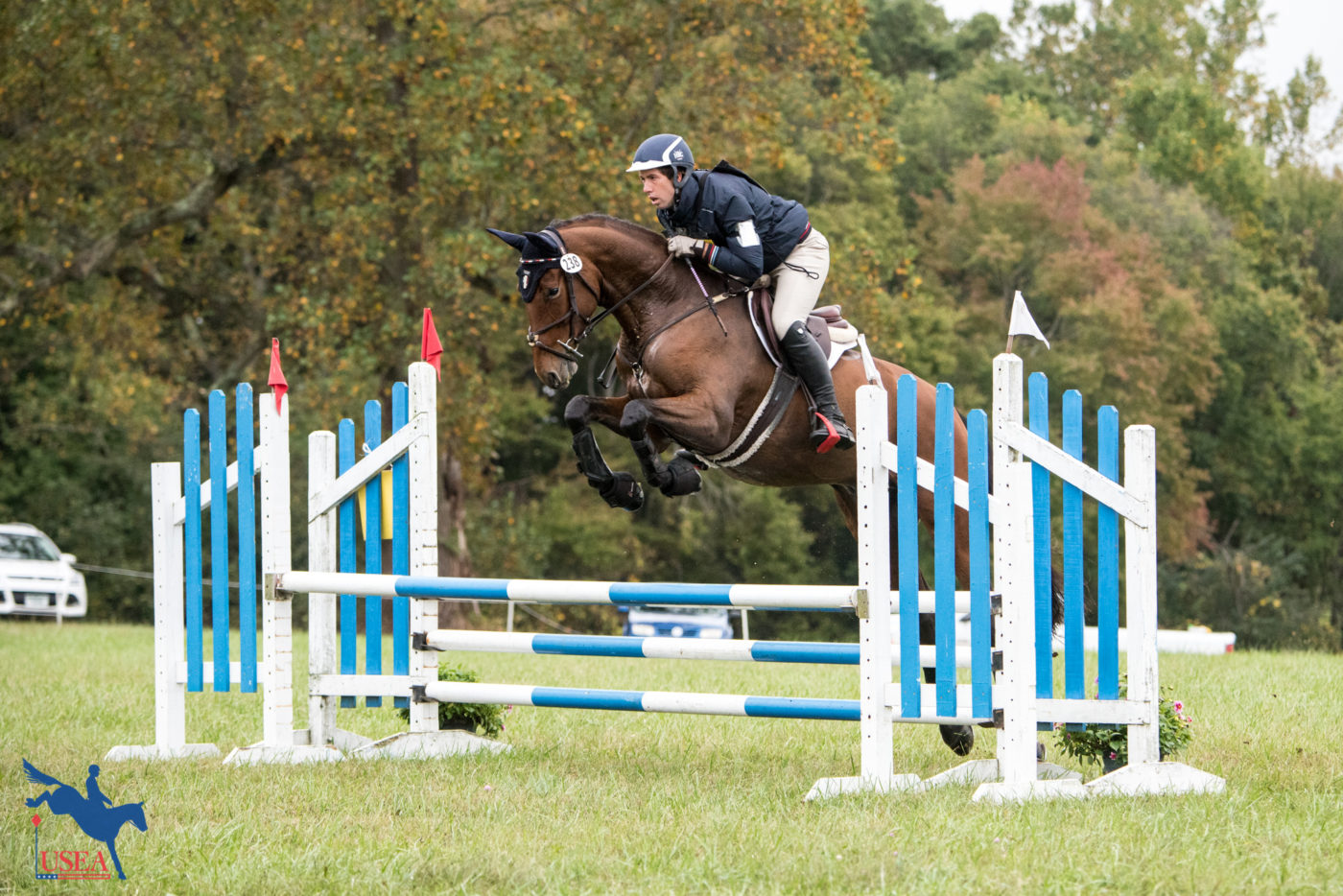 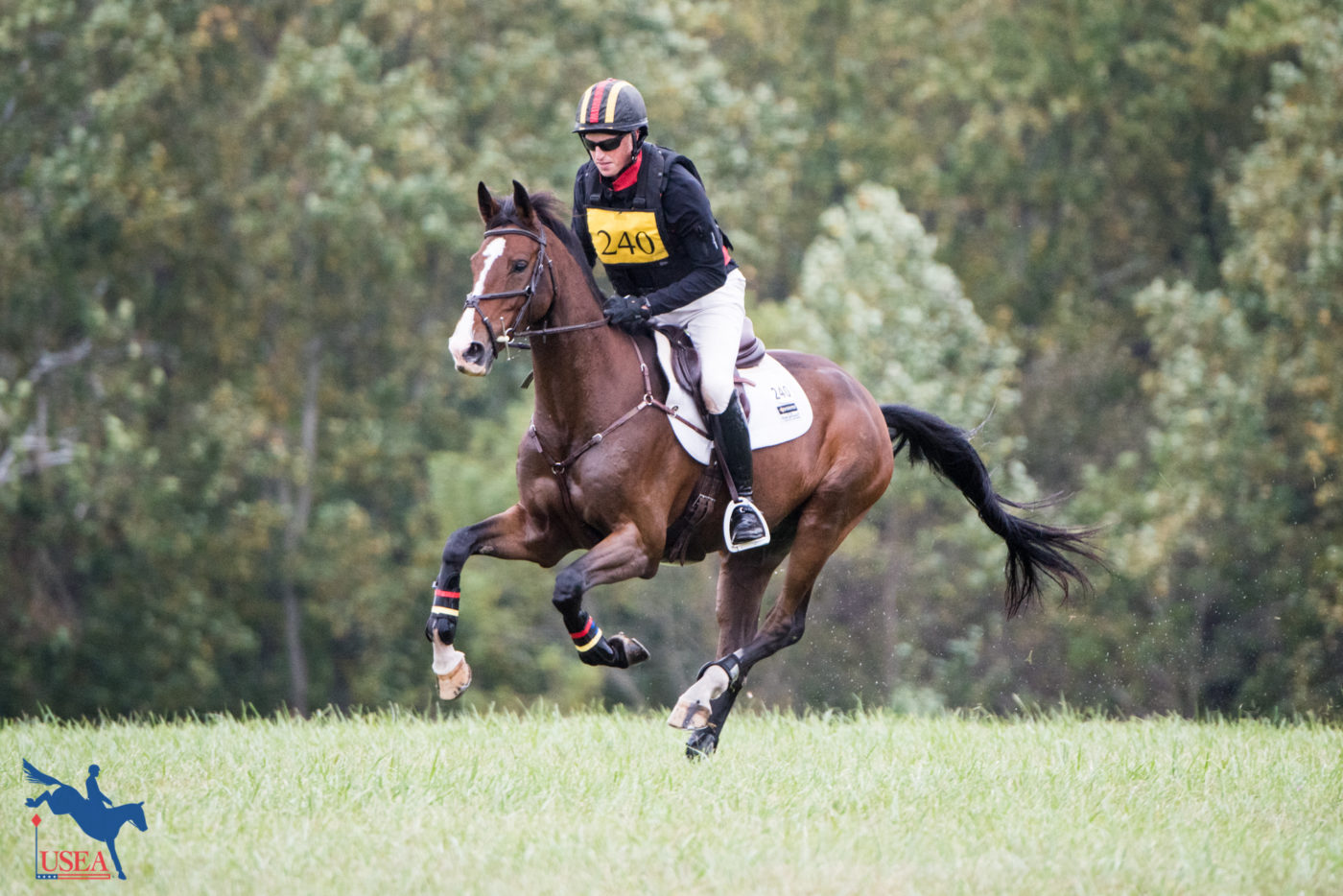 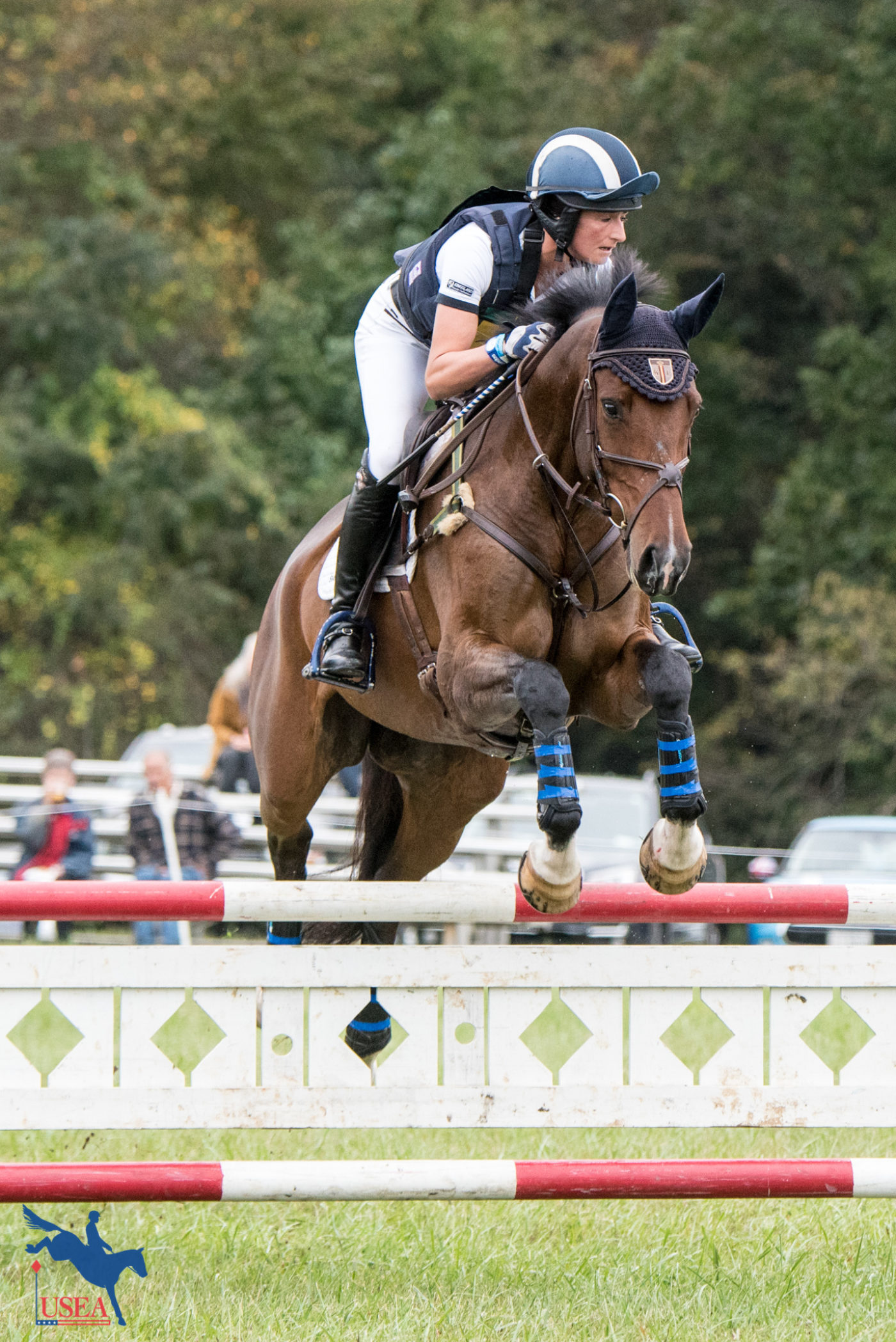 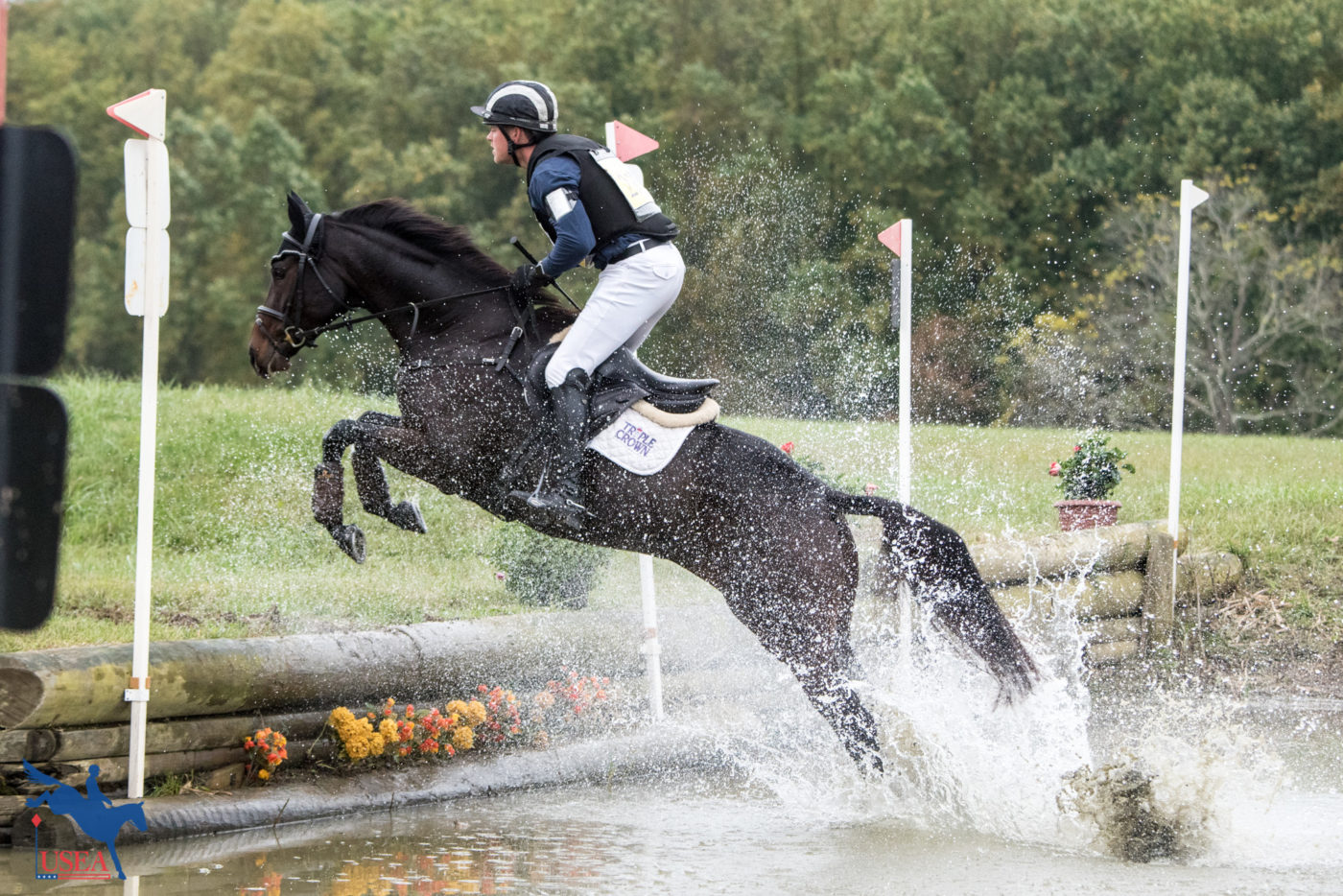 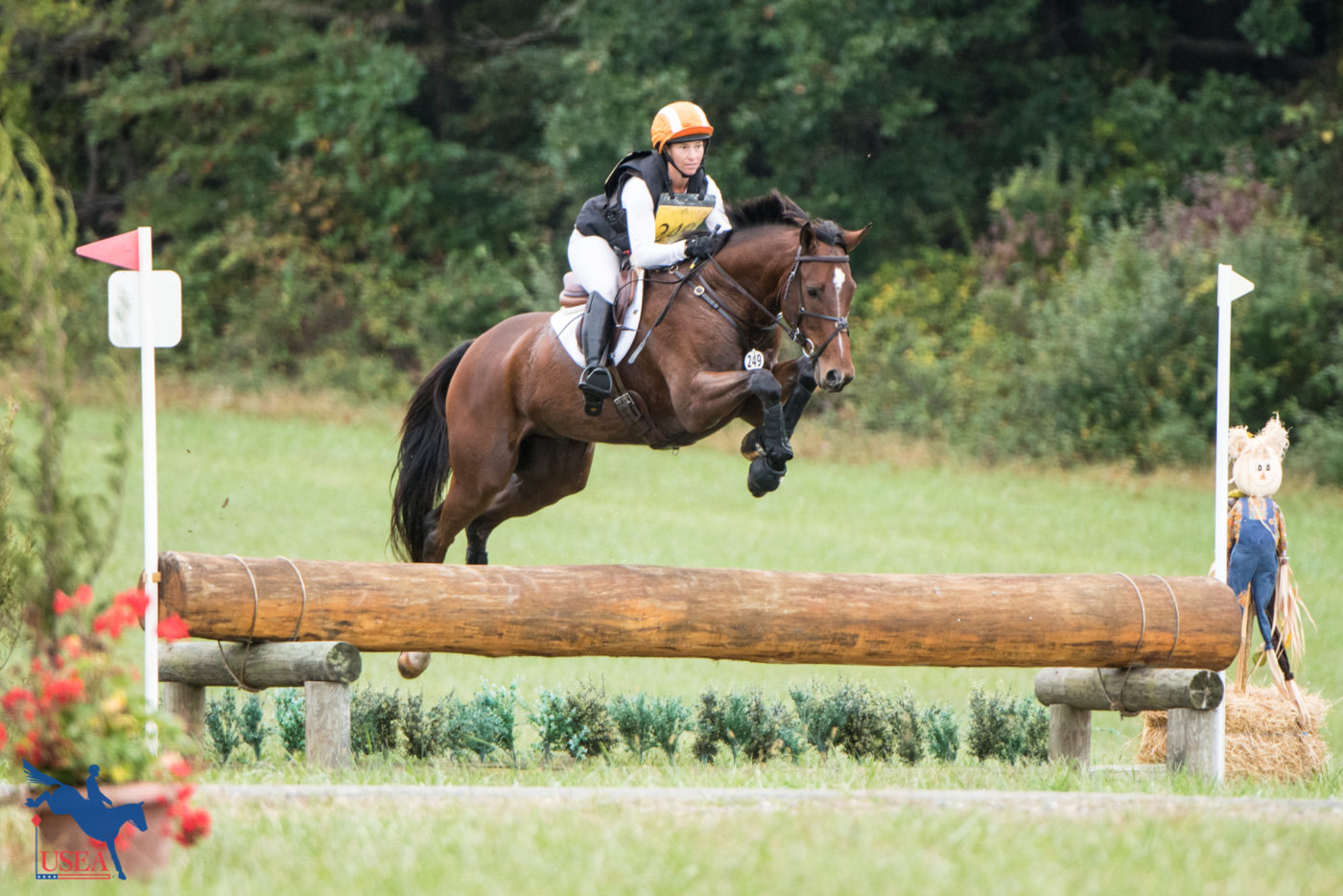 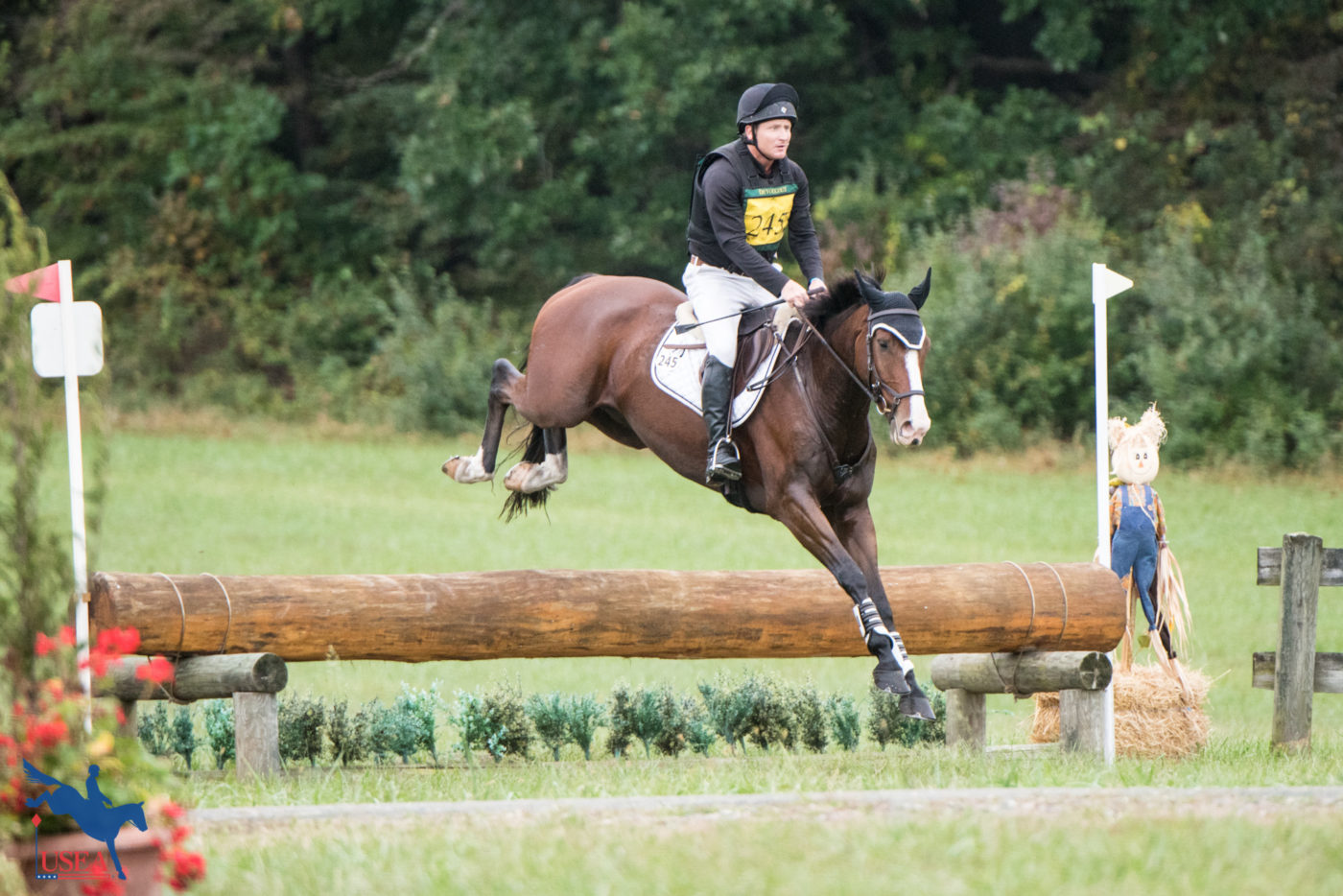 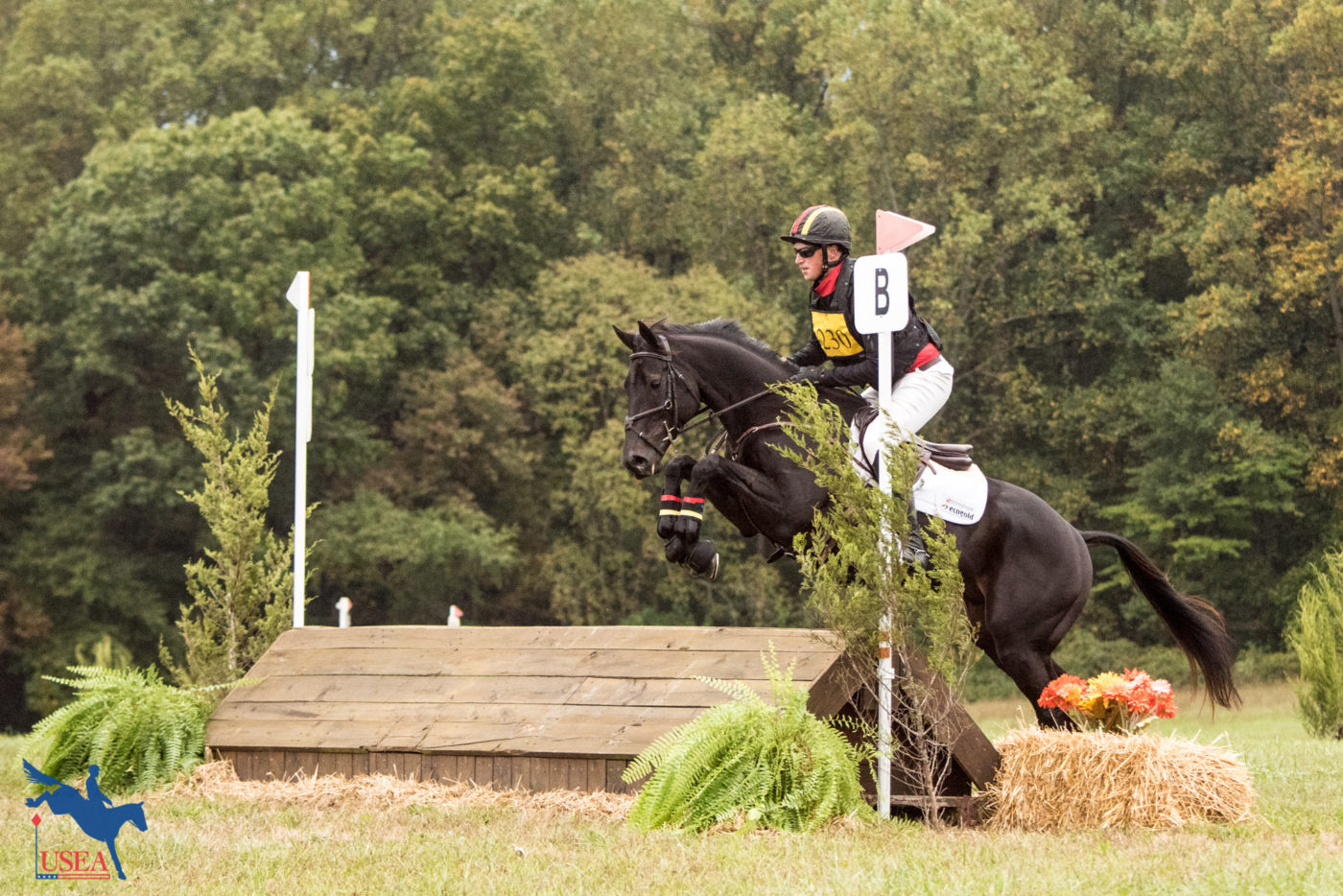