"When you're not winning, you're learning," Erik Duvander Recaps Day One at the 2019 Aachen CCIO4*-S

With the home crowd cheering them on, German riders owned the top placings after the dressage phase of the CCIO4*-S at the CHIO Aachen World Equestrian Festival in Germany. The second-to-last horse and rider to enter the Deutsche Bank Stadium, Ingrid Klimke and the 2004 Oldenburg gelding SAP Hale Bob OLD (Helikon XX x Noble Champion) laid down a 20.7 to top the field in a super competitive dressage phase, closely followed by Michael Jung and fischerChipmunk FRH with 21.5.

This evening in the show jumping phase Klimke had the second-to-last rail down on Frank Rothenberger’s course to drop to third place (24.70), much to the disappointment of the German audience. Jung also moved down to fourth with a rail down (25.50) while Great Britain’s Laura Collett took the lead on the 10-year-old gelding by Landos, London 52 (22.90) followed by Tim Price on Wesko for New Zealand (23.80) in second.

For the U.S. contingent Liz Halliday-Sharp, who is based half the year in Ocala, Florida and half the year at her yard in England rode the 11-year-old KWPN gelding Deniro Z (Zapatero VDL x Zonne-Trend), owned by The Deniro Syndicate and Ocala Horse Properties, to a personal best (for Deniro Z) dressage score of 26.5, which tied them for the lead at the time and placed them eighth overall at the conclusion of dressage. With two rails down in the show jumping they are now in 24th on a 34.50.

U.S. High Performance Director, Erik Duvander said, “Liz basically got the horse to work a little beyond what we were expecting in the dressage, so we were very happy with the score for her.”

Dutton said, “I was disappointed because he’s been working so well all week and warmed up great, but he got in the arena and took a few minutes to settle. He was fazed by the arena and for the first half of the test he was quite unsteady and inattentive and didn’t score very well. There isn’t much I can do about that except go on and try to do well in the next two phases.” With three rails down, Dutton and Z are 38th on a 47.6 after show jumping.

Caroline Martin and Islandwood Captain Jack, a 10-year-old Irish Sport Horse gelding by Jack of Diamonds owned by Caroline and Sherrie Martin, scored 36.3 to stand 40th after dressage. The handsome gray gelding redeemed himself by jumping around double clear to move up to 27th after show jumping.

Duvander commented, “Caroline, who is a young lady of 24 and is competing in her first Aachen – which is also the case for Liz – is taking it in a very professional way. Aachen is a really good testing ground to see how these riders react in a big championship environment. Her horse possibly didn’t do the best dressage test but it’s not far off, he’s come a long way in the last six months, so I’m still very happy about it and I think Caroline was quite happy as well.”

Duvander has been to Aachen every year for the past 14 years, and said, “One thing is for sure, it’s very difficult to perform your best on your first go here; it’s a good testing ground to see if you and your horse are ready for a championship but also it’s an experience you can’t get anywhere else in the world. So it’s a high level of unpredictability.”

Recounting the show jumping, he said, “Liz warmed up well but went in the ring and got a little bit tight, and the horse got tight as well, so she had two rails down which is unfortunate because the horse is a very good jumper and she’s been getting out and doing a lot of show jumping and jumping a lot of clear rounds, so it wasn’t for lack of practice, but practice in this type of environment.

“After Liz was Caroline; I’ve always had a strong feeling that she is an operator, or will be one in the future. She just needs more experience. She went in and rode like she was in her backyard, the horse coped really well with the environment and it was a really beautiful round. I don’t think there were a lot of clear rounds today, and Caroline looked highly professional.”

He said that Z warmed up well but got a little tight in his body and reverted to some old habits when he got into the big stadium, resulting in the three rails down. “That was disappointing for Phillip but just highlights that we need to get these horses out into this type of environment more often.”

"When you're not winning, you're learning, and today we were learning," concluded Duvander. 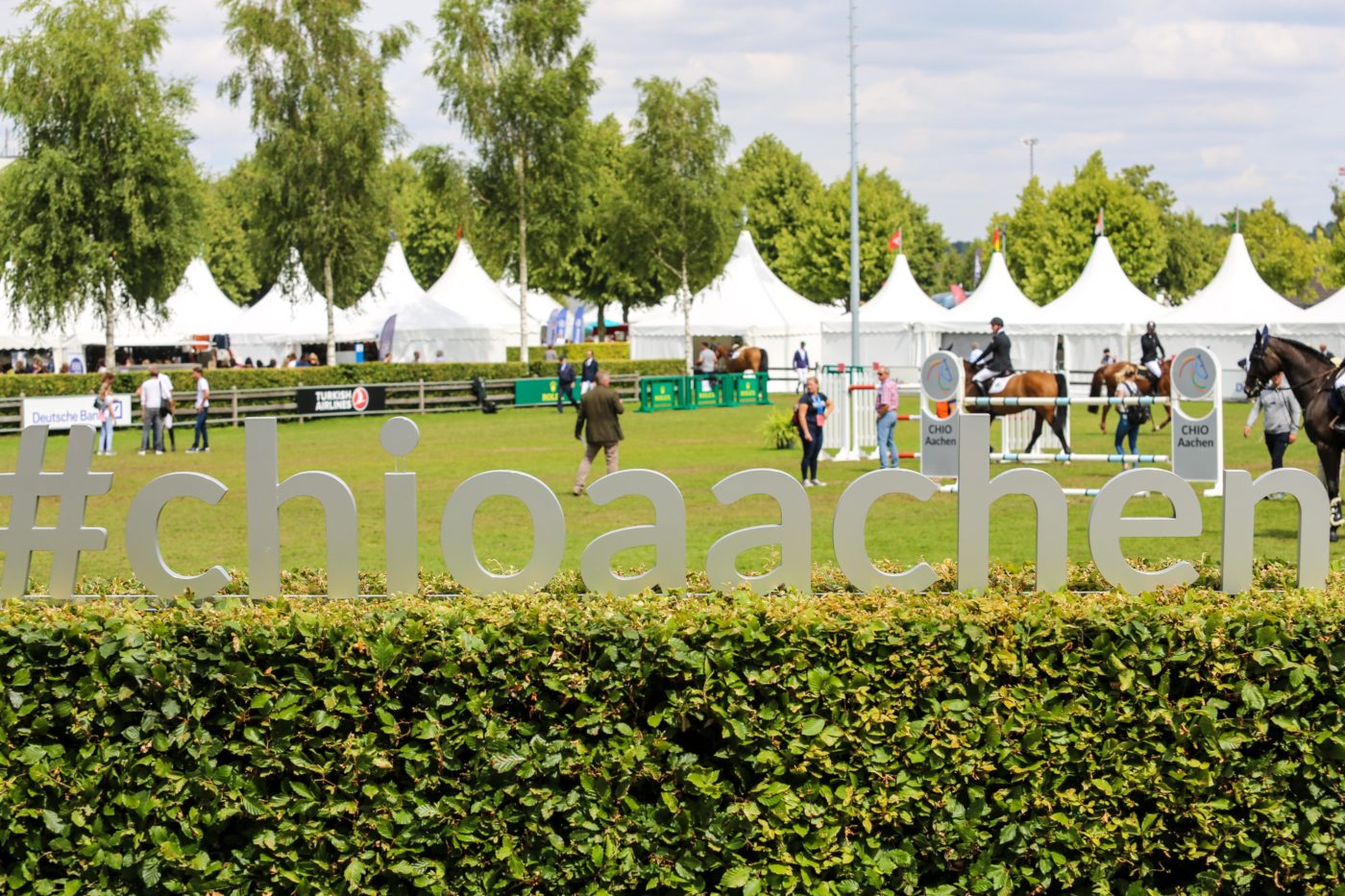 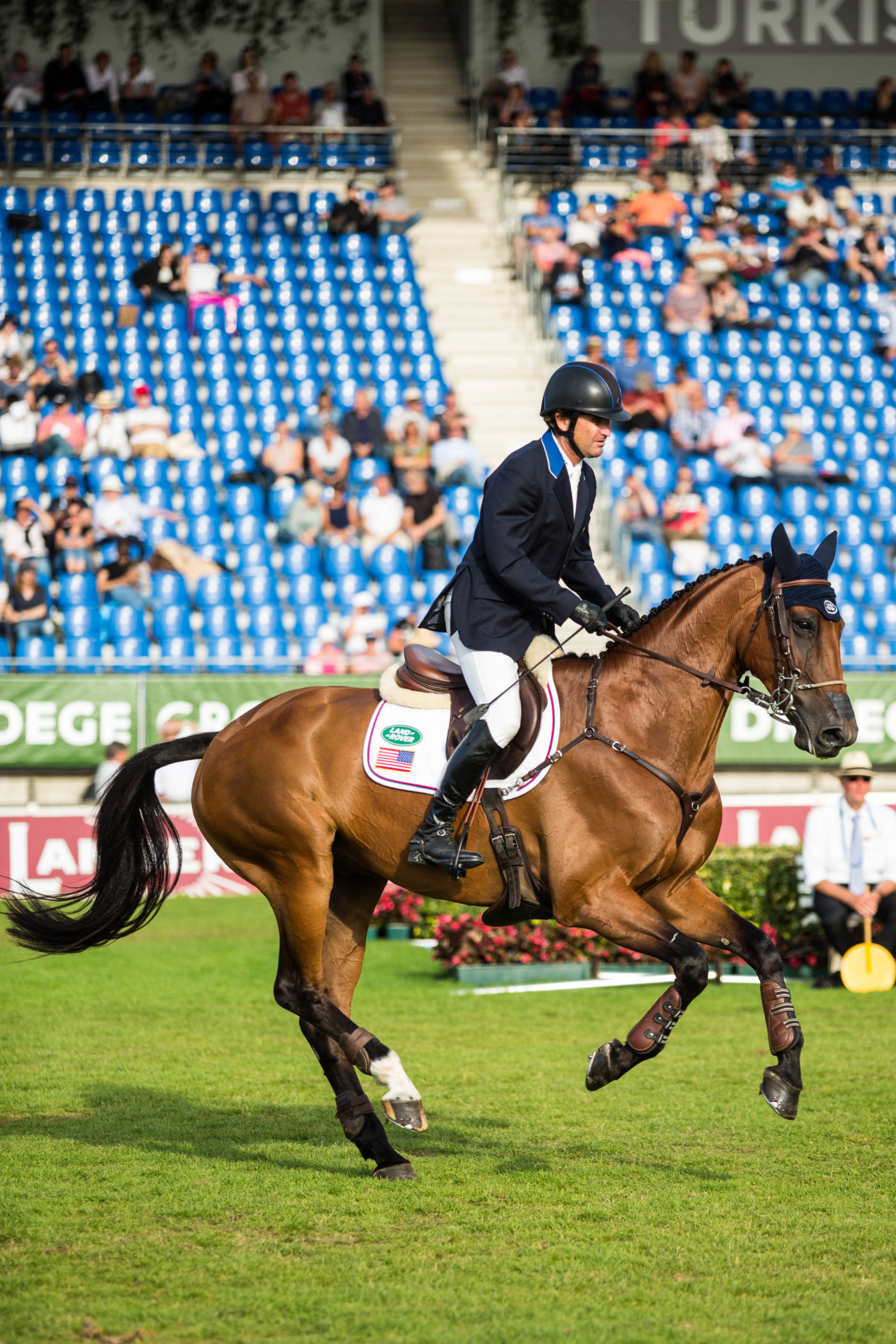 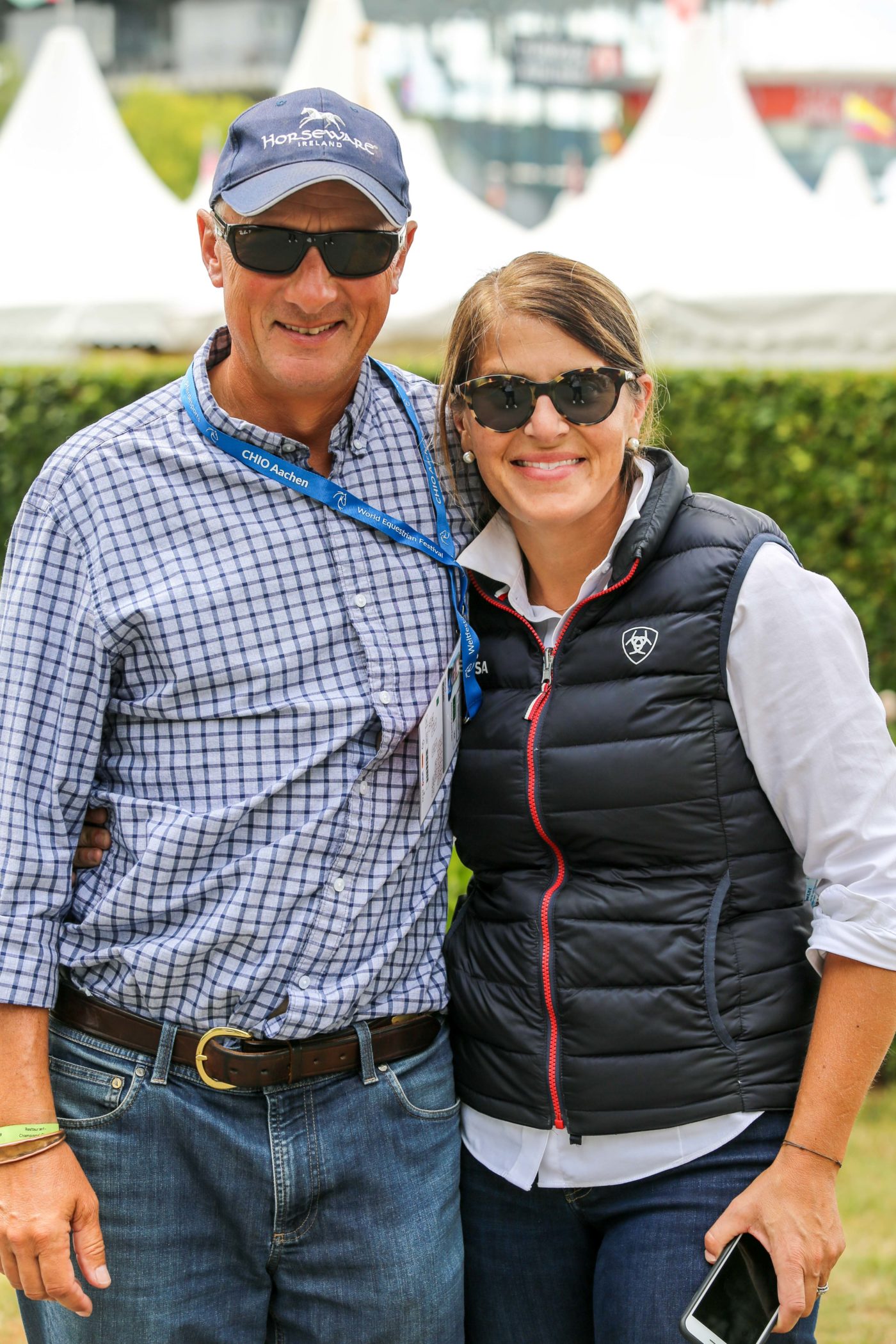 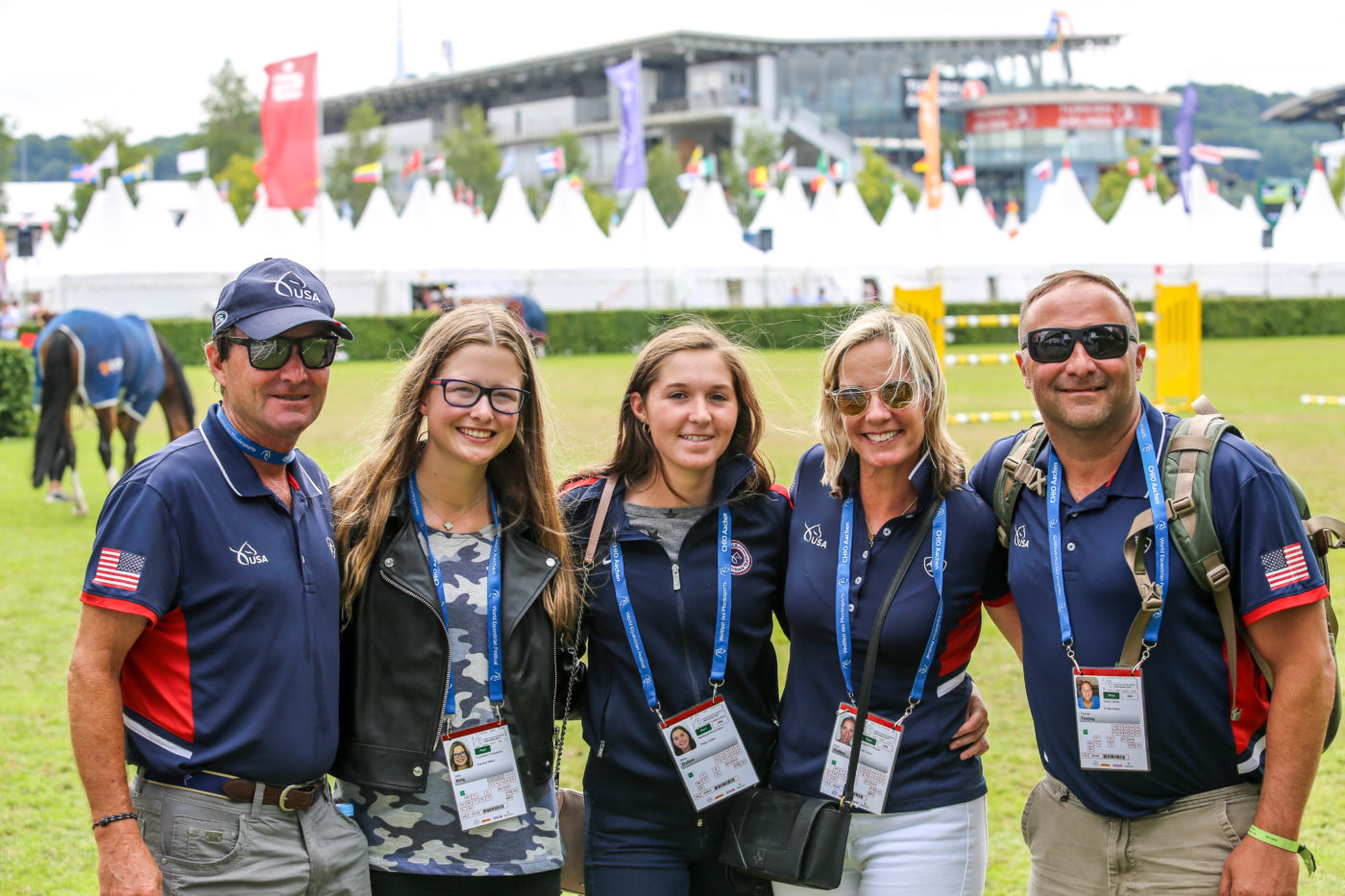 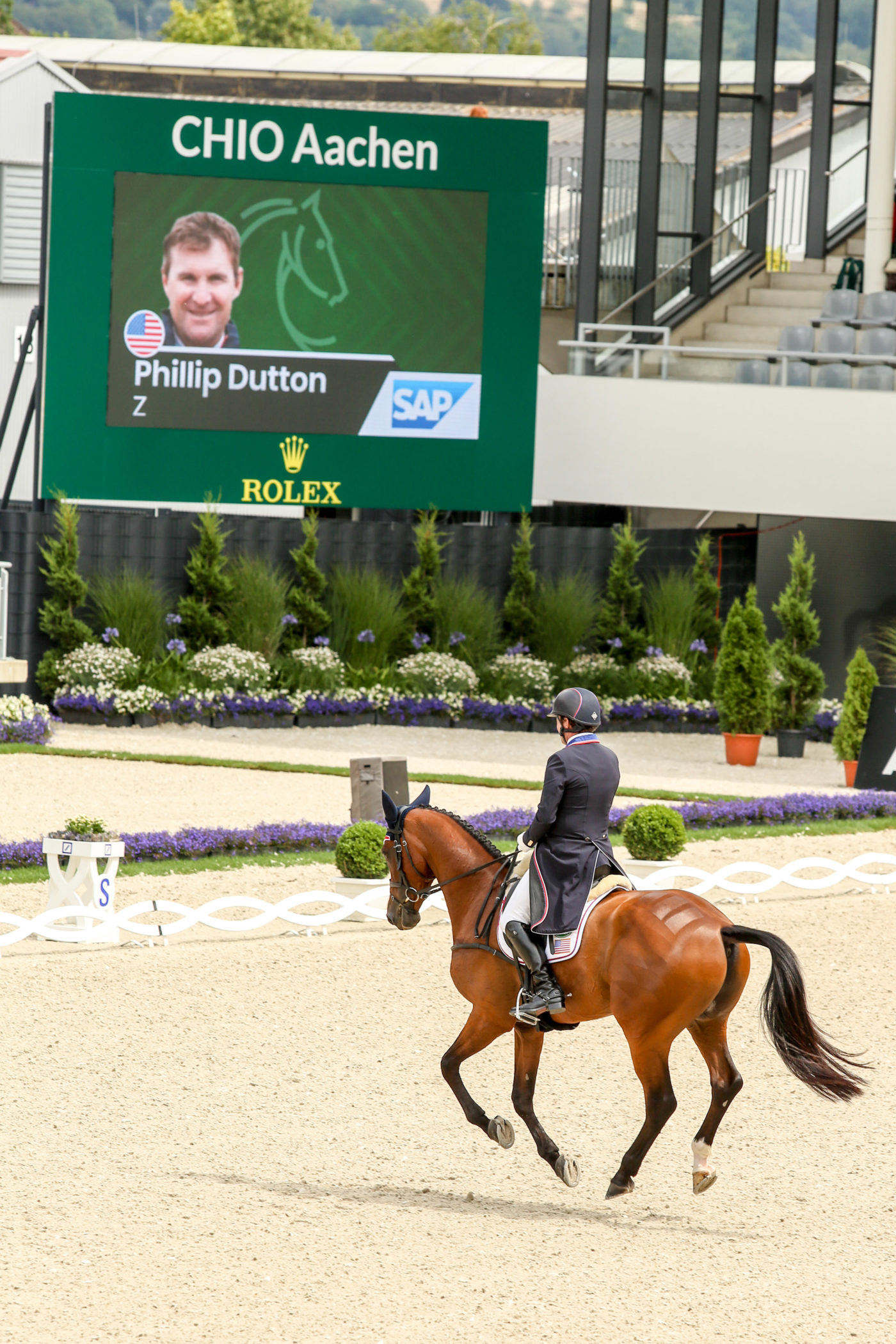 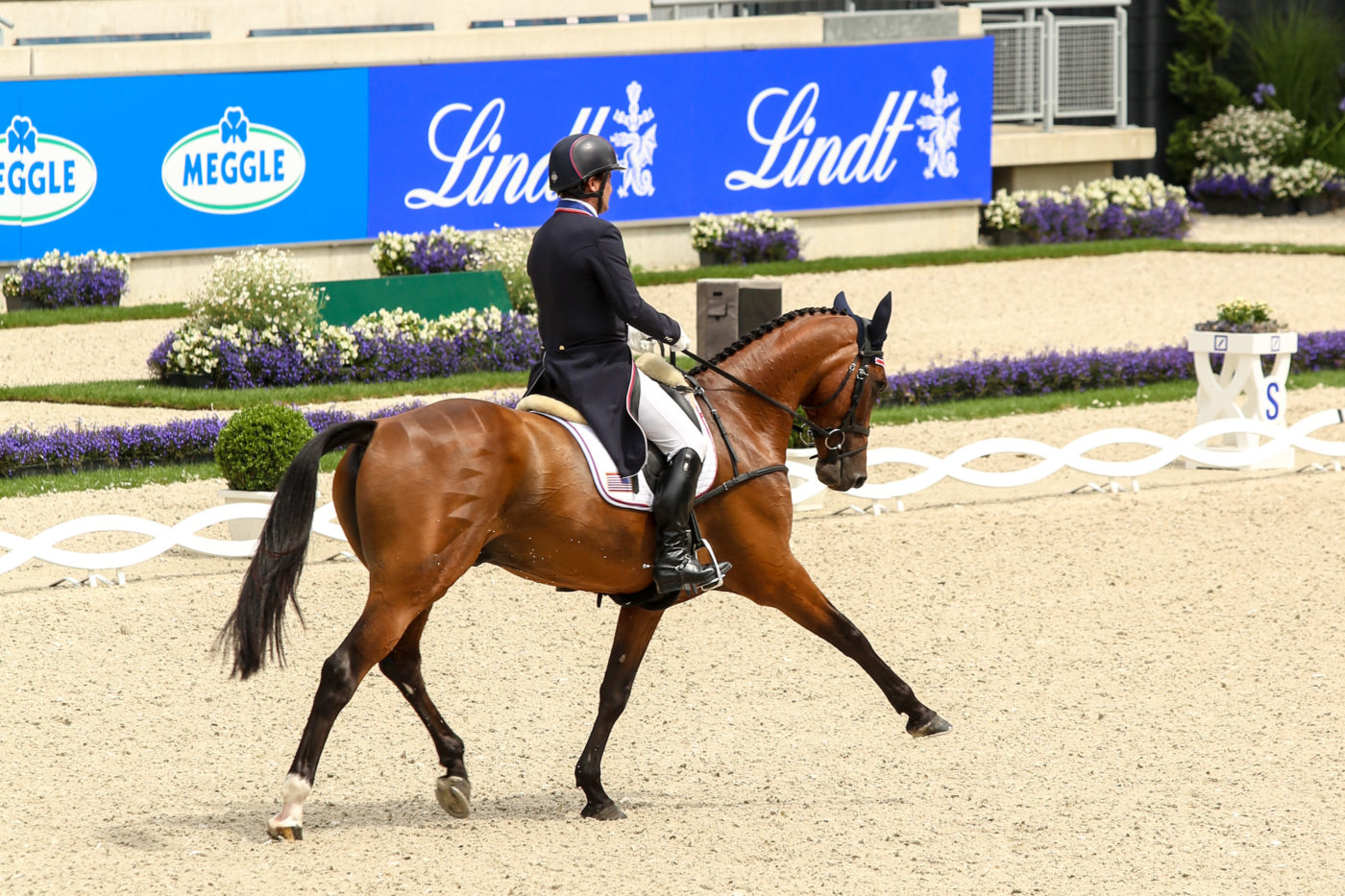 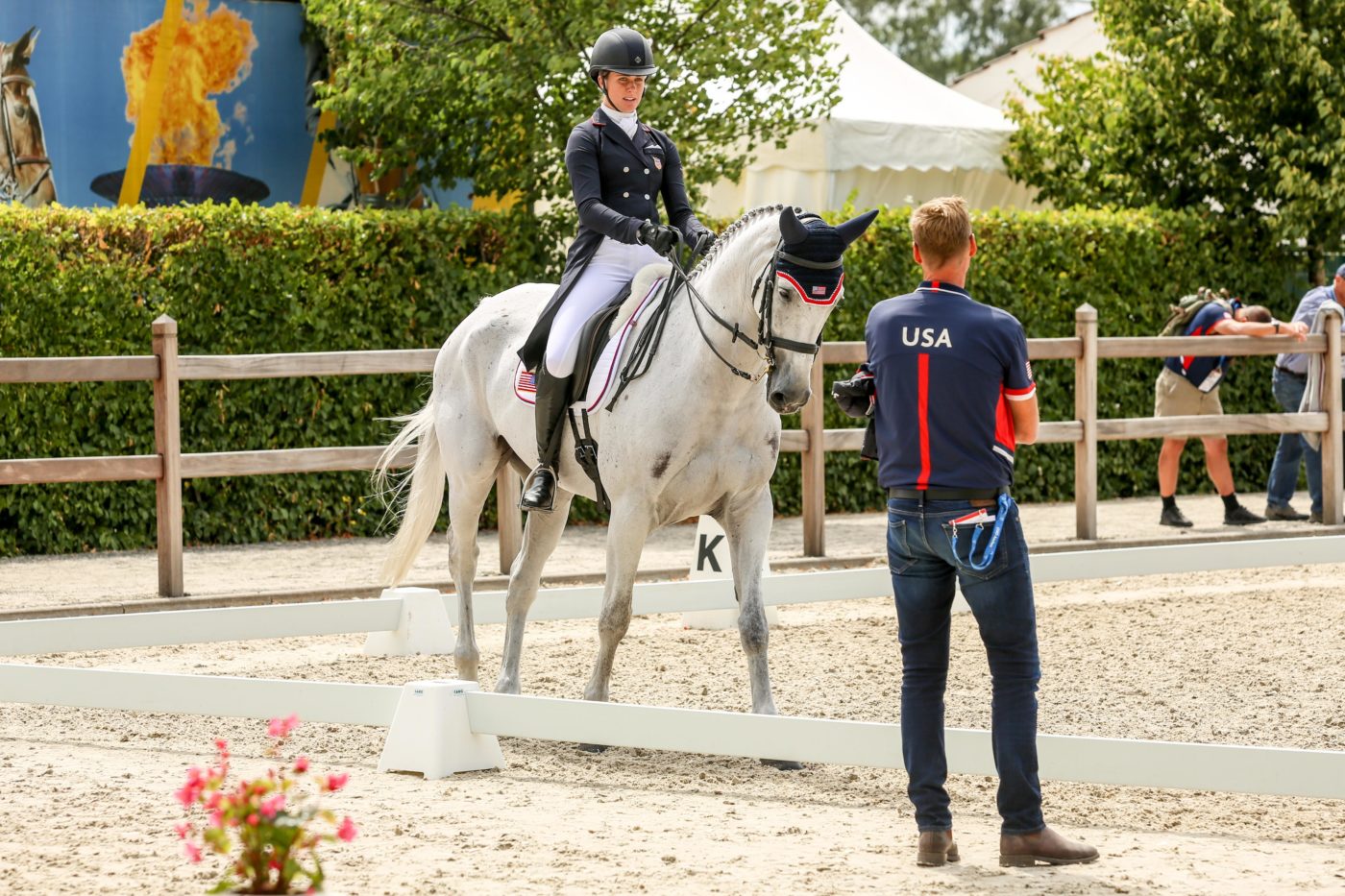 A Day in the Life with USEA Intercollegiate Member Hannah Warner Twelve Area III Champions Crowned at 2022 Area Championships Countdown to AEC: 2 Months Away! Tentative Competition, Entertainment Schedules, & More! Weekend Quick Links: July 2-3 Rule Refresher: What Will Be Expected of Me at the Training and Modified Level? Auburn Laboratories Returns as Silver Level Sponsor of the 2022 AEC Weekend Quick Links: June 25-26 The Race to Le Lion Is On! Which Horses are Eligible for the Holekamp/Turner Grant? Waredaca Classic Three Day Event Announces 2022 Road to the Three Day Challenge Athletux Returns as a Partner to Provide Commentary at the USEA AEC
Show More
Jul 03, 2022 Intercollegiate

A Day in the Life with USEA Intercollegiate Member Hannah Warner

Hannah Warner wears many hats: student at the University of Kentucky, UK Eventing Team President, competitor, and head groom for Alexa Ehlers. Fitting in all of her roles and responsibilities into her day-to-day life can be a challenge, but it is a challenge that Warner finds rewarding. The college senior is working towards a business degree through UK's online business program, so Warner is able to get creative with her schedule to pursue all of her academic and eventing related goals.