The third day of the 2023 USEA EA21 National Camp returned the focus back to dressage while still thinking about the general horsemanship necessary to be successful in every ride. Similar to what was discussed regarding jumping on the second day, the morning lecture touched on the importance of preparation in the dressage ring. EA21 Director of Coaching David O’Connor noted that riders should practice having maneuvers be visibly seen right at the letter, which means preparing before the letter and being finished with previous movements by the time the horse reaches the letter.

“Everything is always in preparation before your letter,” O’Connor stated while providing specific exercises to help with working towards this goal. The first of those exercises, which O’Connor mentioned is especially important in the development of young horses, is referred to as the ‘four corners.’ Execution of this exercise consists of making circles at each corner to teach horses to slow down at the corners and accelerate coming out of them. By making circles at the corners, it can illustrate the idea of the ring gradually to the horse. O’Connor noted that the rails of the dressage ring can be pressure lines making the horse feel trapped and that it is important for the rider to help the horse not feel that way by being elastic as they ride. As the horse moves, riders should be sure to not be rigid, but rather strong and elastic, as was discussed earlier in the week. While great for young horses, this circling exercise can be utilized for all levels of horses to bring them to a place where they anticipate the corner, collecting, and slowing down into the turn. Once a horse starts anticipating the desired response of slowing down at corners, it can make the rider’s job easier and lead to more success in the dressage ring.

The ‘castle’ was another exercise that O’Connor touched on. This maneuver utilizes the centerline to help horses and riders to ride down the middle without cutting corners. The horse should go down the center, then make ovals at each end of the ring.

O’Connor talked about the speed of transitions and how this timing has to be flexible depending on the horse. With all horses, preparation is key to having successful transitions. To help with the concept of fluid transitions, O’Connor suggested putting trot poles at the corners of the ring. When the horse goes into the corner, it will be very clear if they are going too fast or lack control if the trot poles are there. The goal is for the horse to transition without falling on their forehand. This is where the importance of variability in the gaits comes in handy as was discussed earlier in the week.

“At the beginning, as you’re starting to teach [the horse to canter in place], ask yourself how many strides does that take for you to be able to get to a walk? If it takes fifteen, it takes fifteen, right? So, if it takes ten, and then the next time you do it, it takes eight, then it gets five and then you’re down to the three, and the three is the one that you’re going to show the dressage judge. Don’t go out there in the beginning and expect that right from the beginning you’re going to get the perfect one to show the dressage judge. Wait for that canter. Teach them that they can canter in place.”

In addition to the focus specifically on dressage, the riding theory portion of the day also touched on other key areas. O’Connor emphasized multiple times the importance of getting the horse to move its feet, which can be accomplished through lateral work and transitioning between maneuvers, such as leg yields and circling. Additionally, he touched on the idea of suppleness and preventing stiffness. If a horse is supple behind, then they will be supple in the front. Many people can say their horse is stiff in the mouth, but O’Connor stated this is often a symptom of a different issue. It is important for riders to help their horses out in being able to move freely by not seesawing their hands and making sure the horse is not bending too much to where it is not able to move properly. If the horse’s head and neck are positioned well, then the horse’s body can follow. O’Connor reflected that horses can solve problems themselves, and riders need to understand how the horse can do this on its own and assist in the process.

O’Connor shared his observations when he watched horses jump without a rider, taking note of how the horse hunts the jump as it approaches it. It makes the rider’s job easier to understand how the horse would perceive the jump without the rider on its back and apply this as they ride.

Caitlin O’Roark of Centreville, Virginia touched on this as she reflected on day three’s lecture. “The whole communication side stood out a lot to me,” she commented. “I’ve trained with David in the past, so I’ve touched on it a bit, but the way he described how horses need to understand and do it themselves helped me a lot, because if they can do it themselves, why do we even struggle with things? We just need to encourage their natural way of going and not try to change it so much.”

All of these concepts were applied during the mounted portions in the later half of the day. Each group worked on the exercises O’Connor discussed during the morning lecture, starting with the four corners exercise before moving on to the castle exercise, working on speed, collection, and extension throughout. O’Connor also had them work on their diagonal lines and explained that the diagonal across a dressage ring has three parts: creation, support, and push. As a horse and rider move into a diagonal, they have to create what they are looking for in as little strides as possible, then support that across the ring. As they move into the corner, the rider has to push the horse to prevent them from backing up on themselves at the corner.

The riders worked on other maneuvers, such as bending the shoulder or haunches and adjusting speed such as collecting the canter down to the walk. All of these exercises helped the riders better utilize the ring, as Hugo, Minnesota native Maia Ramberg reflected on after her lesson, “We really worked on using the arena and finding room within the arena to make it bigger and controlling the strides and the pace. I found that as the lesson progressed, the dressage arena got a lot bigger than it actually felt in the beginning.”

As an added educational opportunity, world-renowned groom Emma Ford discussed with the riders about the importance of knowing a horse’s “normal,” and how to find that regularly. She began her talk by getting an idea of everyone’s situation, such as if they are a working student, how often they see their horse, etc. Many of the riders talked about what made their horses unique, such as some being more open to attention, water intake habits, and so on. Ford emphasized the need to know your horse’s usual tendencies and characteristics in order to quickly be able to know if something is off. She stated that one should know within ten seconds of entering a stall about the horse’s condition that day by checking feed, water intake, defecation, etc. She also went over normal values for temperature, pulse, and respiration (TPR). The group then went to the barn to get hands-on practice finding a horse’s TPR. The goal for equestrians in regard to their horses should be to “know them inside out,” as Ford put it.

Day three of the inaugural EA21 national camp allowed the riders to further build on the concepts taught throughout the week. Whether it is a jump on a course or a diagonal line in a dressage arena, preparation is key to being successful as well as ensuring the horses are at the top of their game through consistently monitoring their “normal.” The riders will put all they have learned together tomorrow as they take a field trip to the Florida Horse Park for cross-country lessons during day four.

Review all of the coverage from the EA21 Camp here.

About the USEA Emerging Athletes 21 Program

The purpose of the USEA Emerging Athletes 21 program (EA21) is to identify and provide consistent quality instruction to the next generation of elite event riders. The aim is to create a pipeline for potential team riders by identifying and developing young talent, improving horsemanship and riding skills, and training and improving skills and consistency.

The USEA Emerging Athletes 21 Program was launched in 2022 with a model of five summertime regional clinics taught by selected USEA Eventing Coaches Program (ECP) instructors, leading to a winter national camp consisting of selected Young Riders from the regional clinics. Athletes who are 21 years or younger, are current members of their USEA Young Rider Area program, and are established at the Training Level or higher, are eligible to apply for the EA21 program. Applications for the 2023 regional clinics will open in January/February, 2023.

The USEA would like to thank Kerrits, WeRideTogether, and Ride iQ for their support and sponsorship of the EA21 national camp. 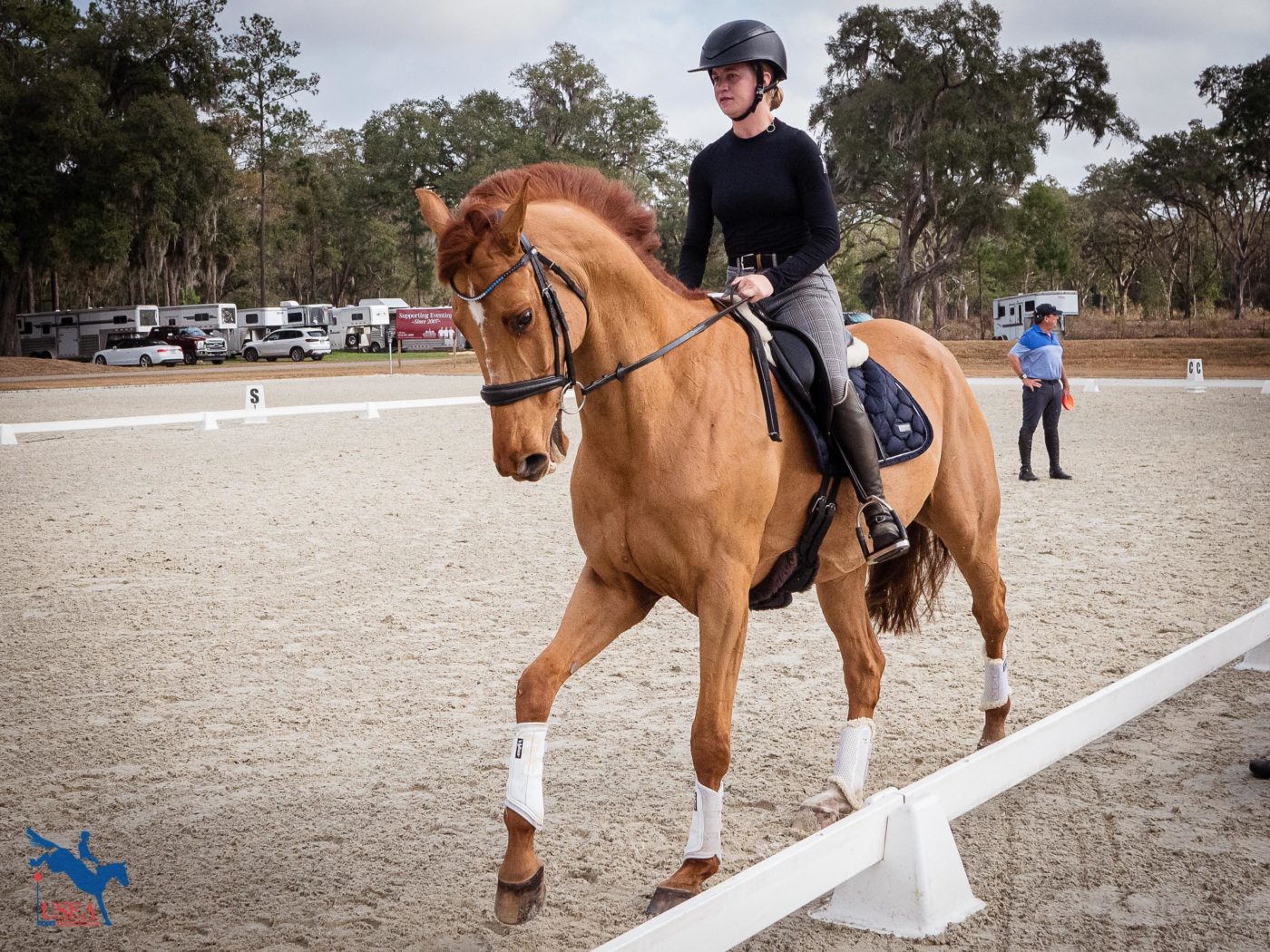 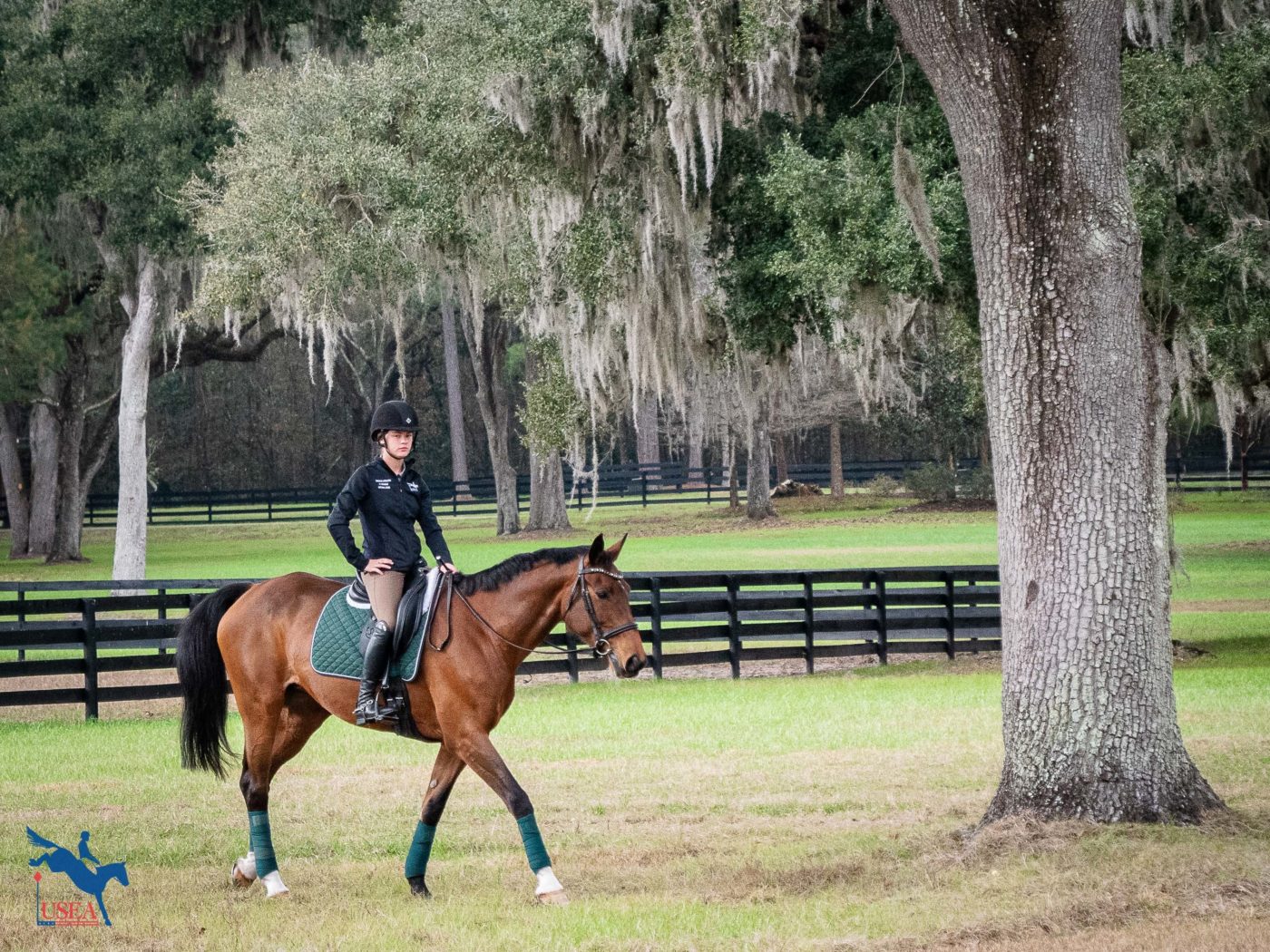 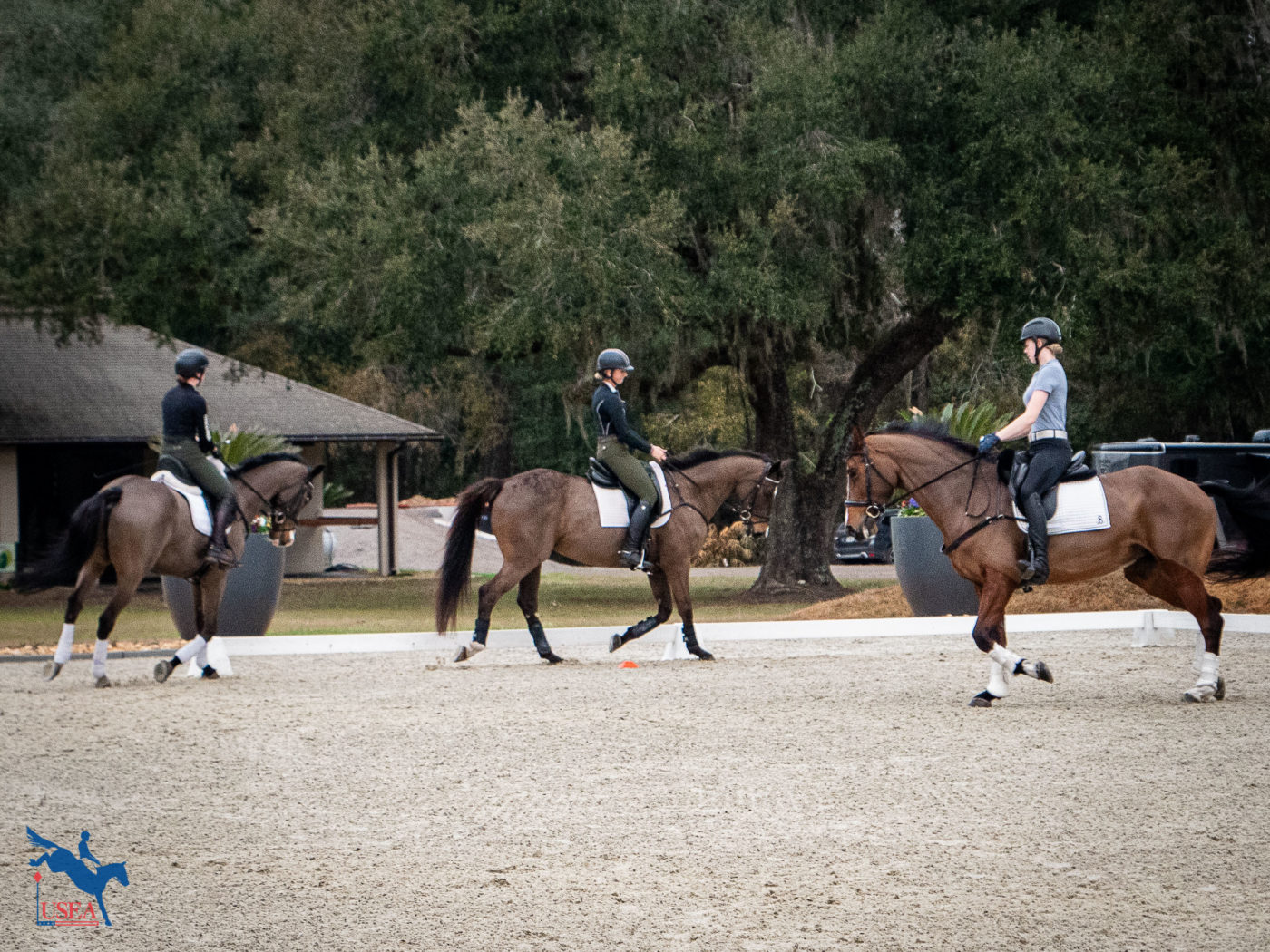 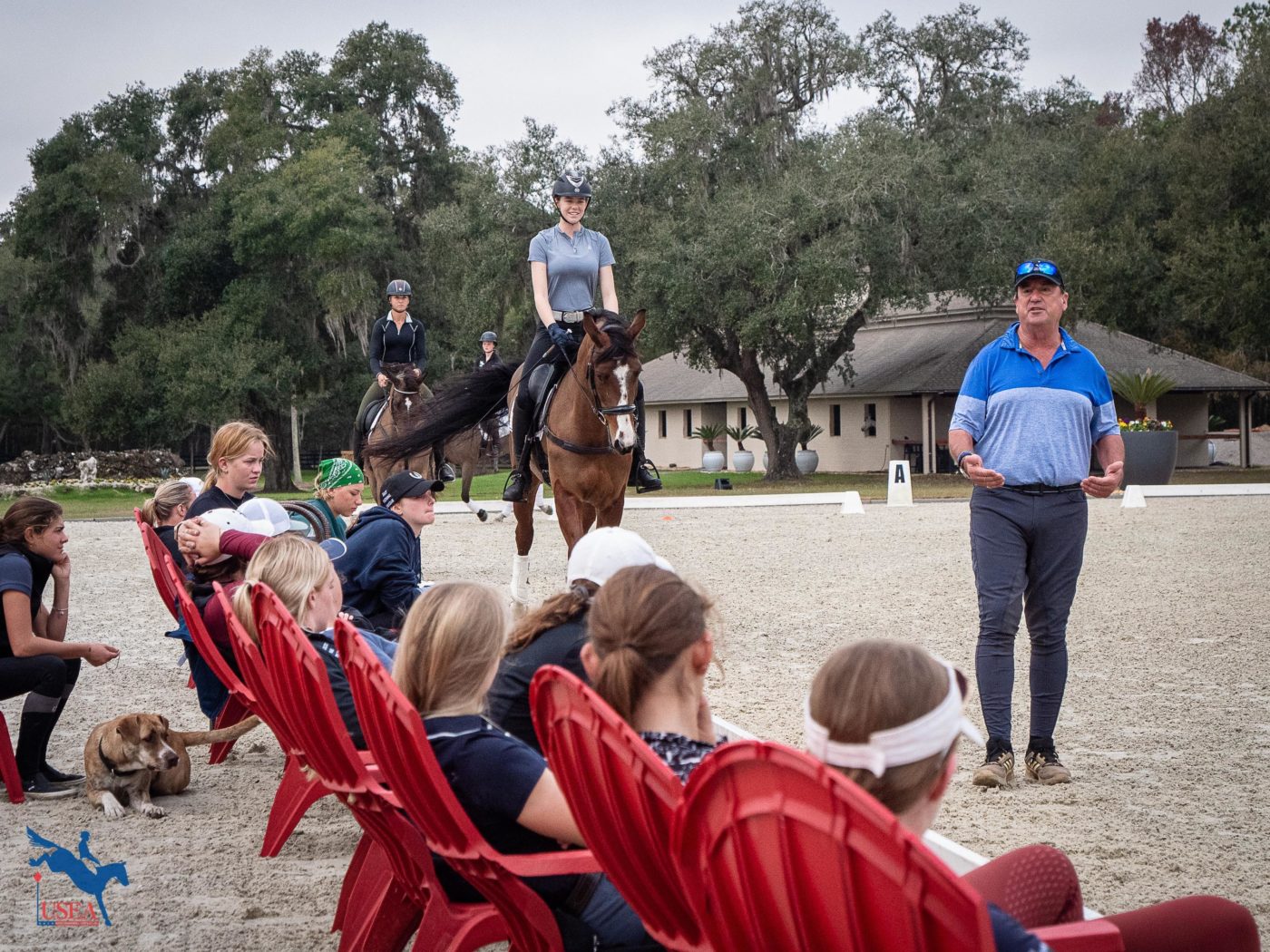 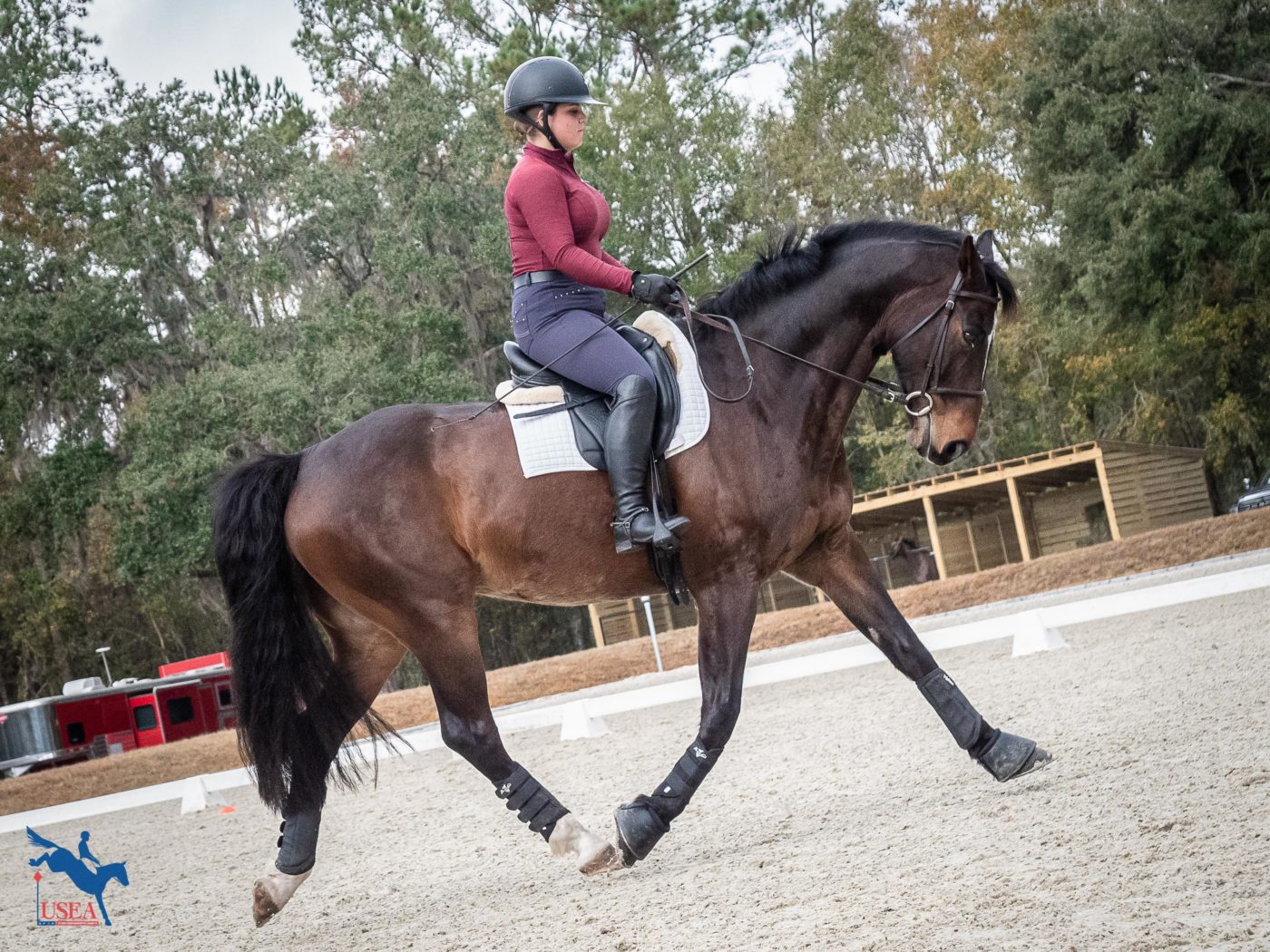 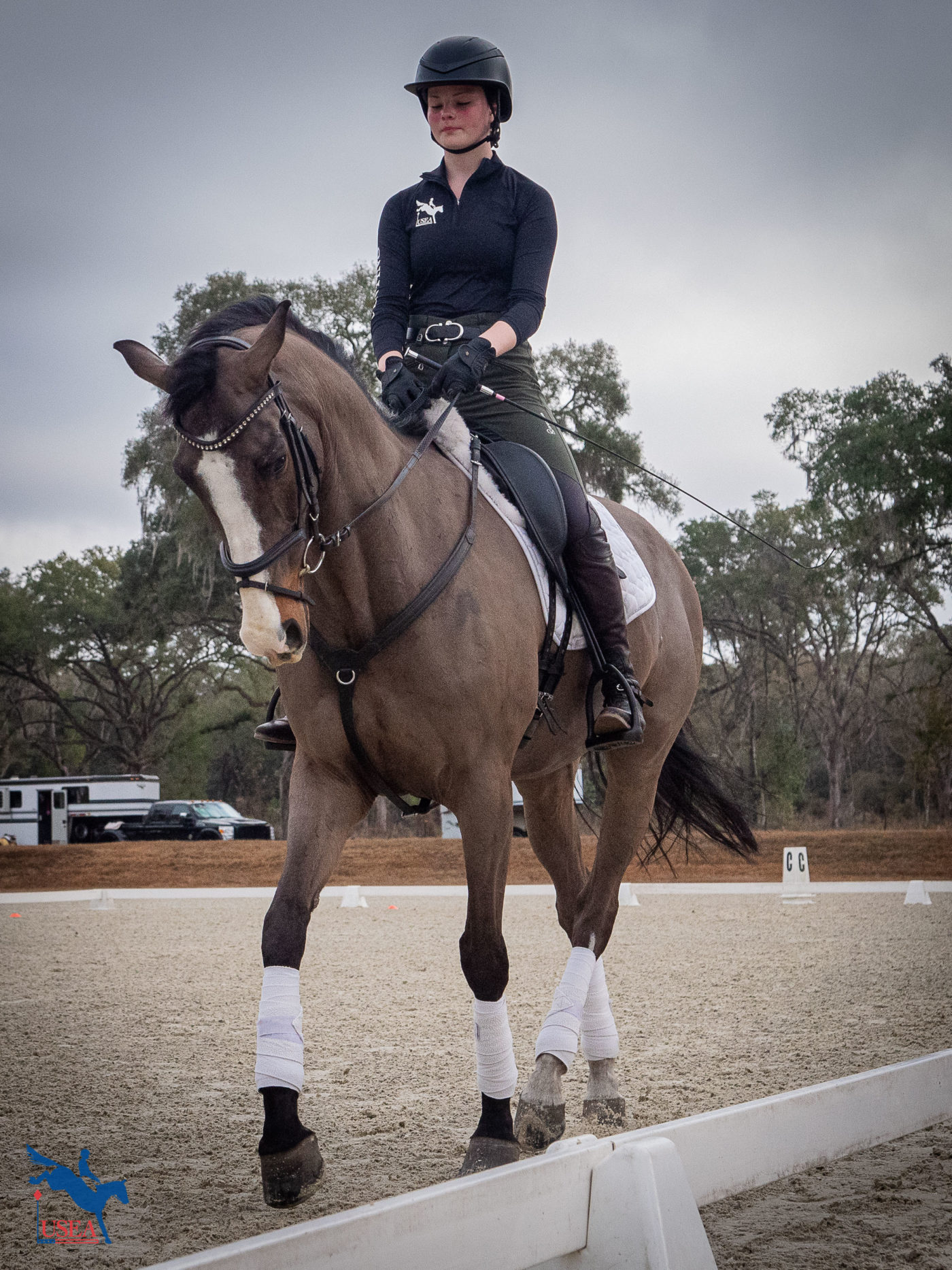 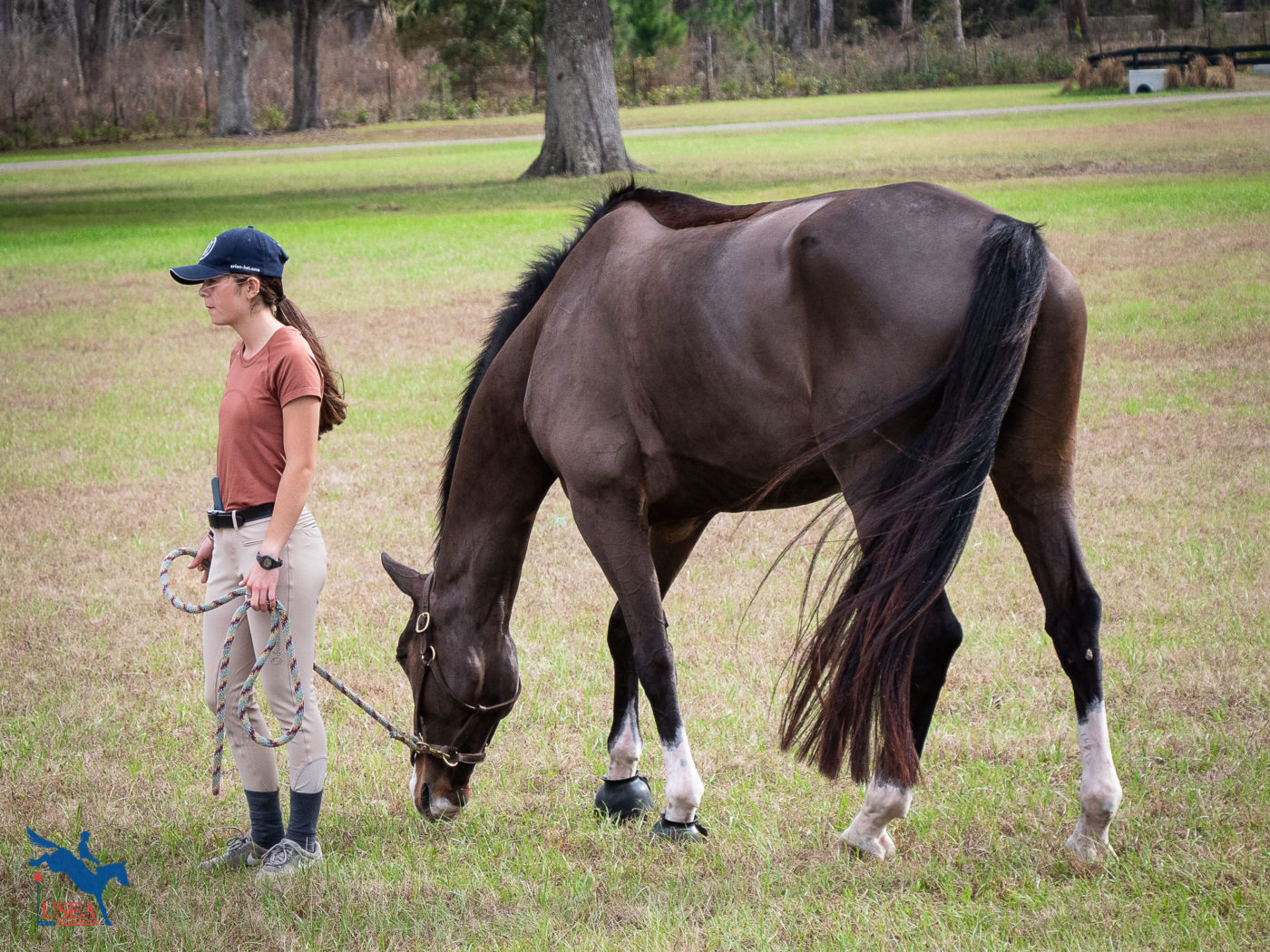 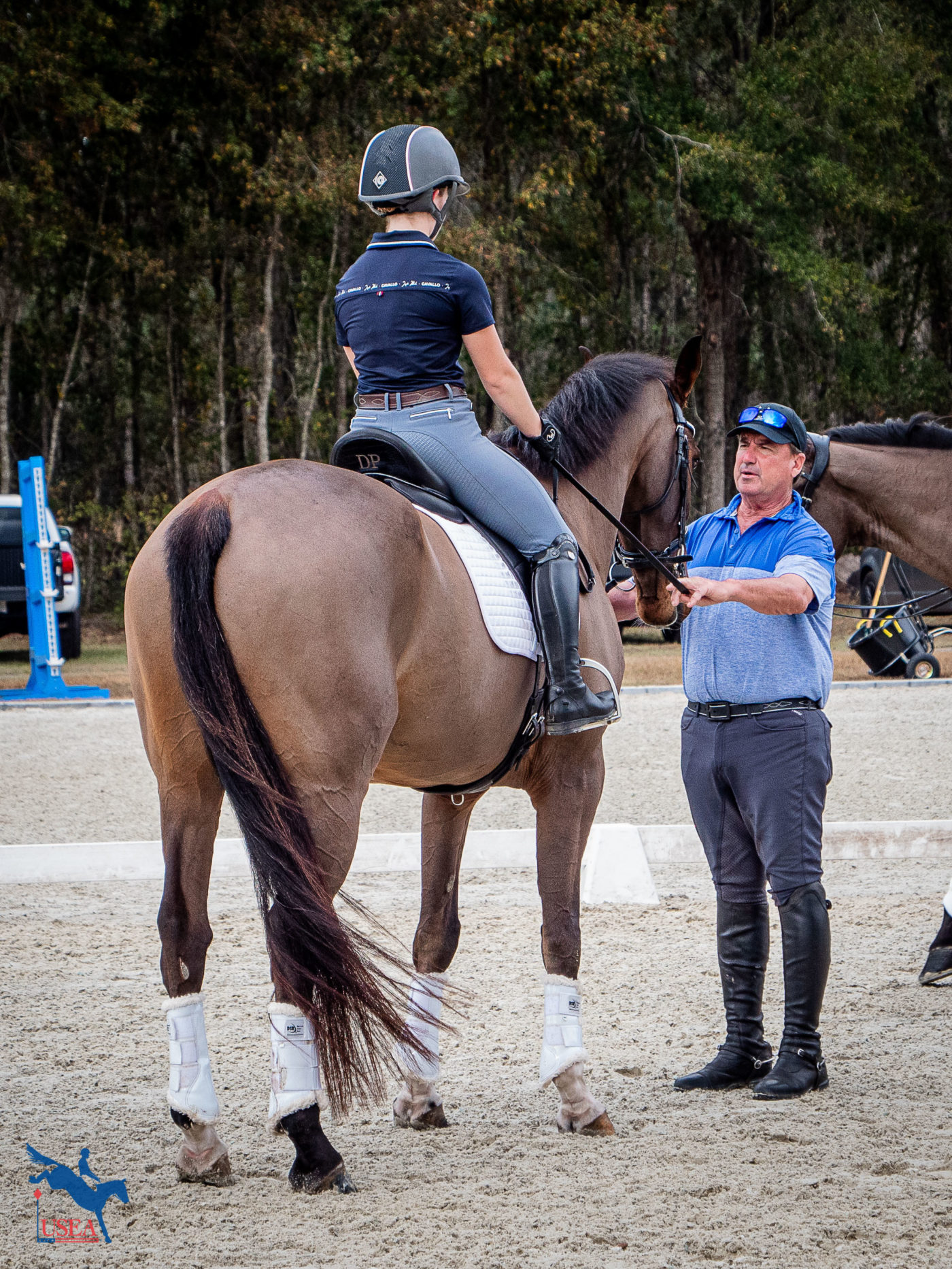 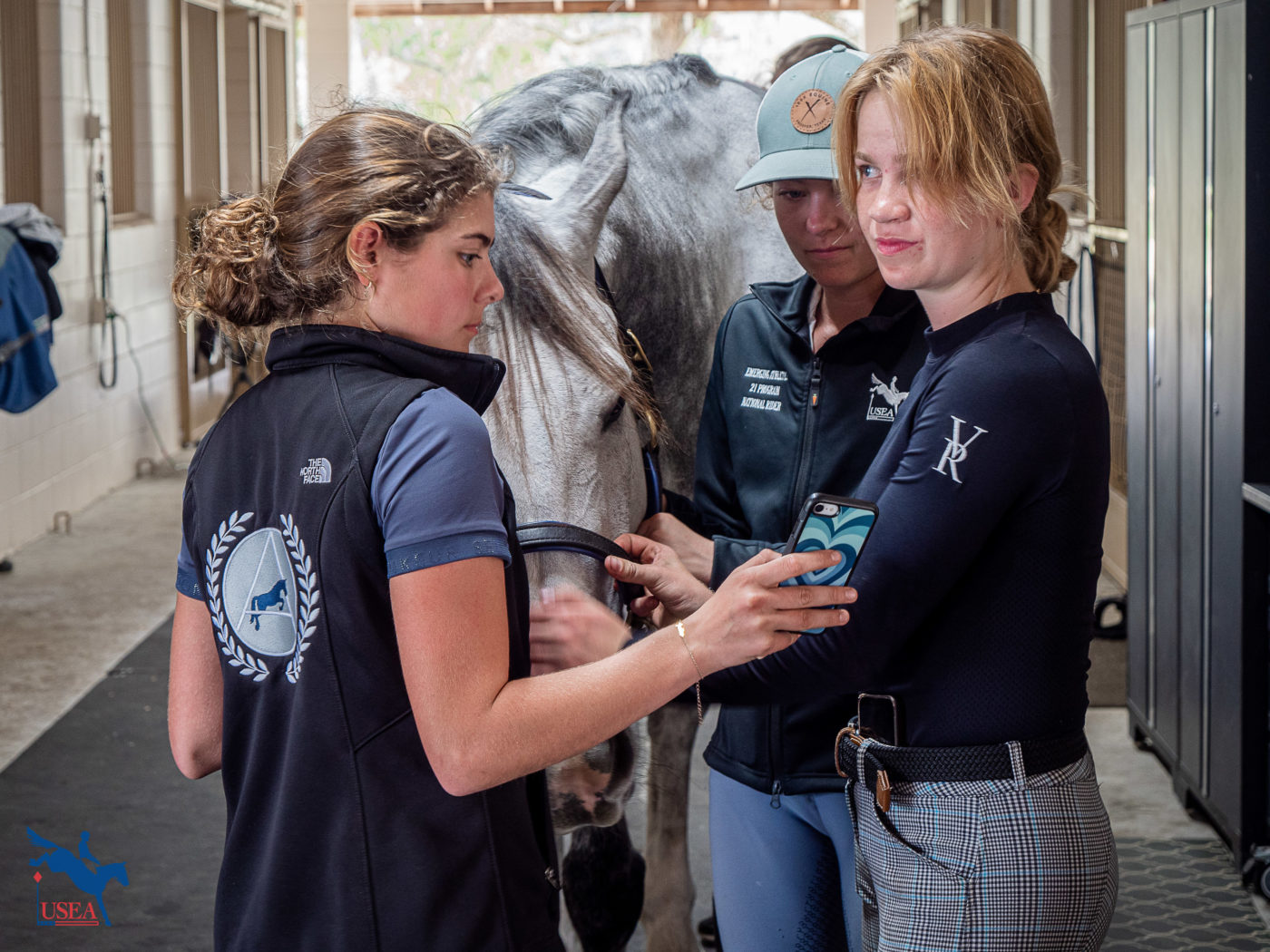 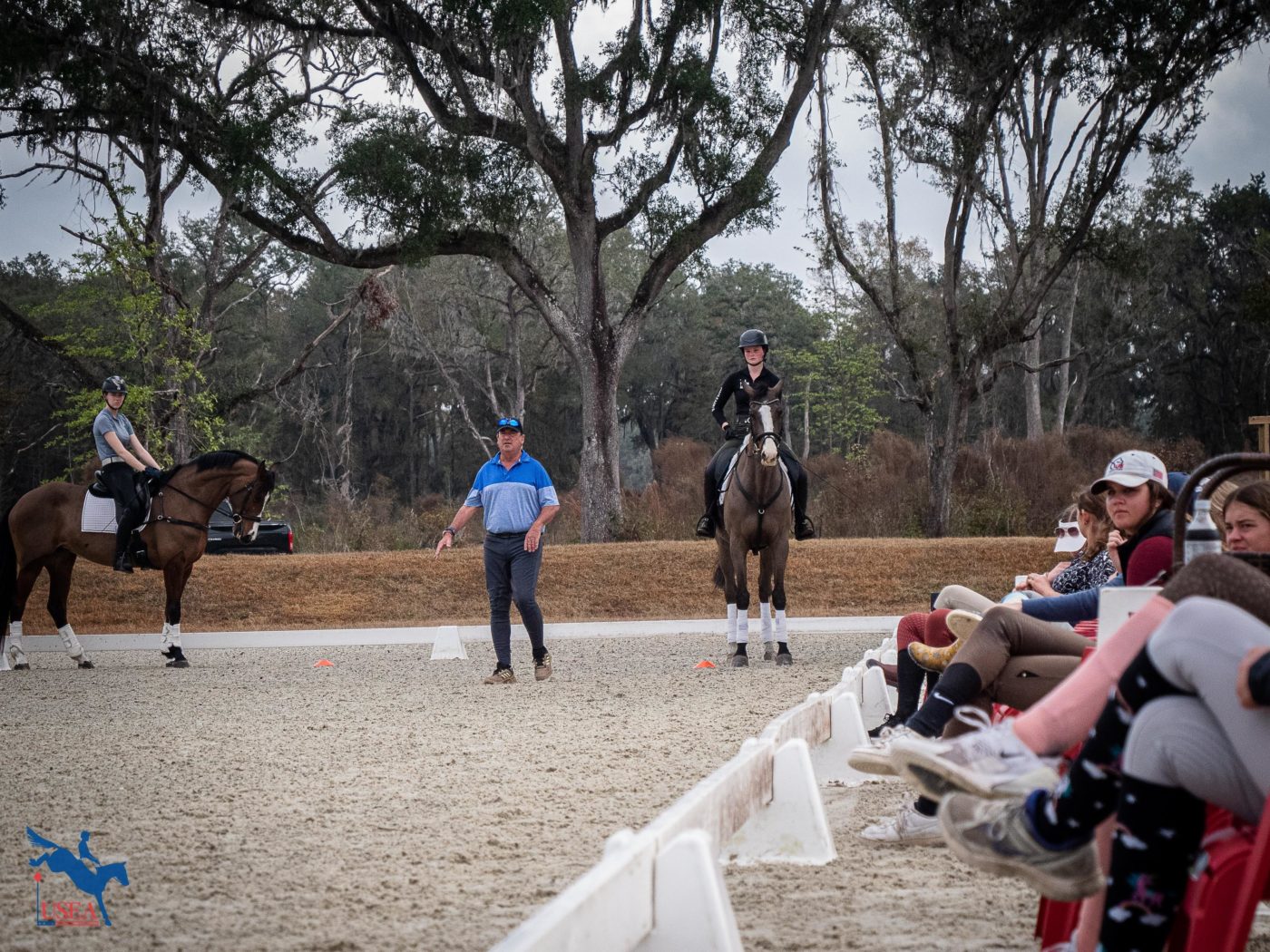