Townend is All Class; Coleman is Top American at the 2018 Mitsubishi Motors Badminton Horse Trials

Oliver Townend fist-pumped the air as he exited the arena at the end of two nail-biting days of dressage at the Mitsubishi Motors Badminton Horse Trials. When his score flashed up on the board a minute later it became clear why. His mark of 20.8 (79%) not only left him at the top of the leaderboard, but it was the best score posted at Badminton for 18 years.

Townend's ride, Karyn Shuter, Angela Hislop, and Val Ryan's 11-year-old Irish Sport Horse, Ballaghmor Class, produced a punchy, expressive test with no major mistakes. It was a step up from his performance at last year’s Burghley, which he went on to win.

“I honestly wasn’t sure what he’d do in the arena. He’s been working very well at home and he worked nicely here yesterday, but this morning it was a different story,” admitted Townend. “Luckily, though, from the moment I got on him down at the stables this afternoon he felt fantastic.”

Although riders are adamant that this will not be a dressage competition given the likely soft ground conditions on tomorrow’s cross-country course, this start gives Townend every chance of becoming only the third rider in history to win the Rolex Grand Slam.

“At the moment my job is to focus on getting the best out of both my horses that I can,” he said – Townend is also lying 10th on Cooley SRS.

Mark Todd, who first competed here over 30 years ago, briefly took the lead on another flashy grey, Kiltubrid Rhapsody, on a score of 23.4. He finished the day sitting in the second-placed chair at the press conference, which this year was conducted in front of the public in the Mitsubishi Chatzone.

“I’d been watching the dressage on and off and noticed the judges seemed to be giving better and better marks, so I was quietly optimistic,” smiled Todd, who took on the ride on Kiltubrid Rhapsody in 2016. “He’s a lovely horse with great movement and a great temperament. He’s come on in leaps and bounds this year.”

Thursday’s leaders, Rosalind Canter and Allstar B, stay in the top three. Their score of 23.9 is just over three marks adrift of the leaders.

“My plan is to go out tomorrow and mean it,” said Canter. “I’m not renowned for being the fastest rider, but I’m sitting on a quick horse and he’s very fit.”

If you convert the new scoring system back to the old, William Coleman and Obos O’Reilly just beat their previous best CCI4* dressage by over 11 points. Scoring a 24.6, the Four Star Event Group’s 13-year-old Irish Sport Horse (Obos Quality 004 x Omard Clover Queen) is now the best of the U.S. group – they are sitting in seventh place.

“We are thrilled,” said Coleman after his test. “The dressage has not been one of historical strengths, but he pulled out a good one today. We can celebrate it for about five minutes and then I will go walk that cross-country course and forget all about it. It’s a long weekend still and we didn’t come here just to do a dressage test.”

Looking ahead to tomorrow’s cross-country, Coleman said, “I think there is a lot of places where [Eric Winter] could trip you up. On one hand it is a big, bold galloping course and on the other hand there are several questions where you need to have a horse that can be like a cat and turn on a dime and get a line out of thin air so you need to be really focused and sharp the whole way around otherwise I think you will be walking home with a low head. My horse has been a good cross-country horse, he is very bold, but tomorrow will be a really big test for him. It will be the longest course he has ever done and I think conditions will be pretty holding, so we will see how he does.”

Madeline Backus was the other U.S. representative today and rode P.S. Arianna to a 39.0 for 63rd place. However, with the new scoring she is less than one stop out of the lead so anything can happen to the leaderboard after cross-country day.

“It’s going to be a slog,” said Townend in reference to the drying conditions that are likely to produce ground that is good to soft at best, and likely to be heavy and holding in places.

Riders highlighted fence 6abc, Huntsman’s Close, and the Lake (fences 9abc) as problem areas. The former comprises three tree stumps with a very tight line between b and c that leaves no room for error, while the Lake requires a bold jump in over a sizeable log drop followed by an angled brush in the water and an even more acutely angled brush on the exit.

“The Lake is the sort of fence that you could get absolutely right, but if luck’s not on your side one little trip up the bank will result in 20 penalties,” said Todd.

Andrew Nicholson (33rd on Nereo) summed up the whole course when he said: “You will leave the start box with one plan, but will need to adapt that according to what you are feeling underneath you.”

“What a wonderful two days of dressage it has been. It has been enthralling to see the horses cope with the excitement and pressure of presenting their dressage tests in the main arena. We now look forward to the cross country phase,” said Lance Bradley, Vice Chairman at Mitsubishi Motors in the UK. “Badminton Park looks beautiful, hopefully the weather will be kind to us and we will be able to enjoy the action on the cross country course tomorrow.”

Cross-country gets underway at 11:30 a.m. (6:30 a.m. EST) tomorrow. Ride times for the North American contingent are:

Want to follow along? You can watch in the U.S. on Horse & Country TV, keep up with the live scores here, and see photos from Shannon Brinkman photography on the USEA website.

Backus is in England due to receiving both the Rebecca Broussard International Riders Grant and the inagural Wilton Fair Grant. Read about her trip here and here. Kieffer received a Land Rover/USEF Traveling Grant and Coleman won the Dutta Flight from his second place at the 2017 Fair Hill International CCI3*. 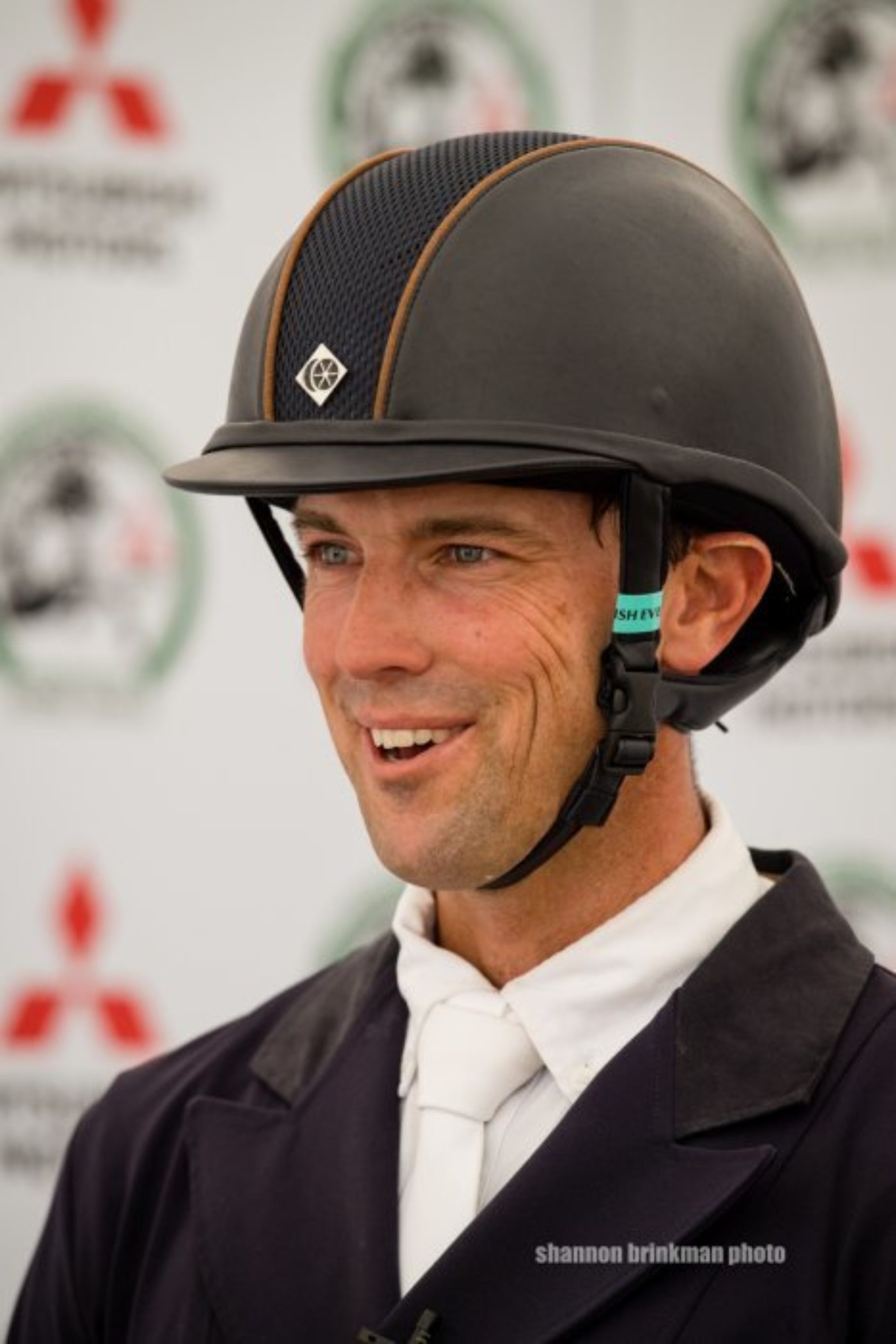 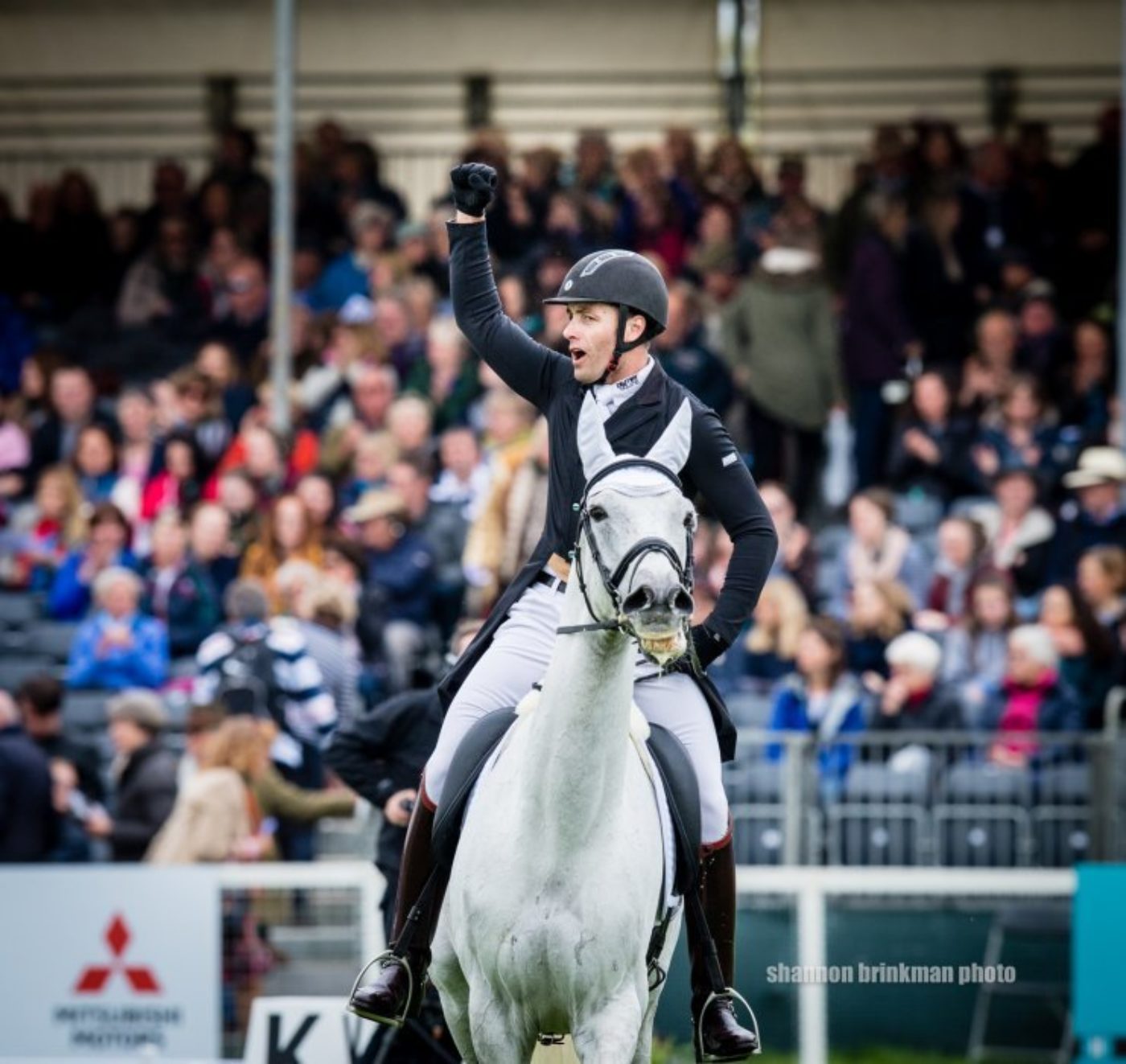