The 2018 Adequan USEA Gold Cup Series featured 11 qualifying events over the past 12 months and culminates this weekend with the Adequan USEA Gold Cup Advanced Final at the 2018 USEA American Eventing Championships at The Colorado Horse Park in Parker, Colorado. Nine horse-and-rider combinations trotted down the centerline in front of judges Marilyn Payne of the United States and Peter Gray of Canada this afternoon in the first phase of the hunt for the Adequan USEA Gold Cup Trophy and the lion’s share of the $40,000 purse.

Tamra Smith and Alexandra and Ellen Ahearn and Eric Markell’s 12-year-old German Sport Horse gelding Mai Baum (Loredano x Ramira) sailed to the lead in the Adequan USEA Gold Cup Advanced Final. It’s been a while since Mai Baum has been inside the little white box, but he certainly seemed to be enjoying the spotlight, strutting to the lead on a score of 26.4.

Since winning the Fair Hill International CCI3* in 2015, Mai Baum has had just three outings, two in 2017 and one this summer at the Intermediate level at Twin Rivers. Smith explained that, after recovering from a mild strain sustained at Fair Hill, Mai Baum contracted an infection in his gut that prolonged his return to competition in 2017. Then, on the way home from an event, he fell in the trailer and injured his leg, requiring more time off. “Dr. Rantanen and Dr. Martinelli at California Equine Orthopedics have this high-powered laser, there are only a handful in the world, and we decided that since he was going to have time off that we would do the laser on the leg he strained at Fair Hill, and that gave us even more time,” Smith elaborated. “We’ve been bringing him back slowly. He had that time off, so it’s taken quite a while to get him fit and strong, but he feels fit and strong now.”

“He was completely wild today,” Smith confided. “Well, he likes to run and jump!” Eric Markell chimed in. “He smiles when he runs cross-country.” Smith continued, saying, “I wasn’t sure what he was going to do in the ring and he was strong, not listening to my half-halts and flinging his legs. I think he was very happy to be on a stage like that. I picked up the canter and went around the ring and I couldn’t help but smile. He’s so special and he’s such a showman, it’s really fun. It’s hilarious when he’s naughty because it’s not often that he’s naughty. In my test I was doing my half-pass and then I went to go forward to do my change and he leapt in the air, kicked my right foot, and then bolted. And right after that came my stretchy circle so I didn’t even start it until it was too late. It was fun, but he was wild.” Markell commented that, “When I was leaving I heard one man say to another, ‘That horse comes in the ring and takes it over with his personality.’”

Sharing her thoughts on the cross-country course, Smith said, “They’ve done a tremendous job on the footing. They’ve been working all night and my hat goes off to the officials who have been very diligent about getting a plan. I just got done from walking the course and they’ve aerated it and gone over it again and now they’re watering it and it feels great. The track is very good. It’s not overly technical, but technical enough, and it’s big. I think Tremaine Cooper did a super job. The design and the fences are beautiful.”

Tomorrow, Smith’s plan is to go out and have a smooth ride across the country. “Phillip [Dutton] told me once that the challenge when you go out of the start box is to look slow but be fast,” Smith said. “That’s my plan, just be efficient in the lines and be smooth and feel what the ground feels like and if it feels good then kick on and if it doesn’t just stay steady.”

Heather Morris and The Team Express Group LLC’s Charlie Tango, a 10-year-old Irish Sport Horse gelding (Shannondale Sarco St. Ghyvan x Our Queen Bee), lead a competitive Open Intermediate division on a score of 25.8. “I actually imported ‘Chuck’ from Ireland when he was a 4-year-old,” commented Morris, “so I’ve really had him since the beginning. He’s done some Advanced, we did drop him back down for AEC and for the remaining shows this year, he’ll just do the CCI2* level, and then we’ll move him back up next year."

"He’s a pretty reliable horse, he’s quite good in there, quite accurate," she continued. "I think I would like for it to be more expressive, so that is what we will work toward in the shows this fall, and focusing on just making it a little more rideable.”

Morris, who has competed at the venue before, conveyed her excitement about being back in Colorado this week. “Being from the West Coast now, having the AEC here makes everything so much easier,” she said. “I’m happy that this was out here because I love coming here, it’s great.”

Tomorrow afternoon, Intermediate will set out across the country at 3:00 p.m. followed immediately by the Adequan USEA Gold Cup Advanced Final at 4:10 p.m. 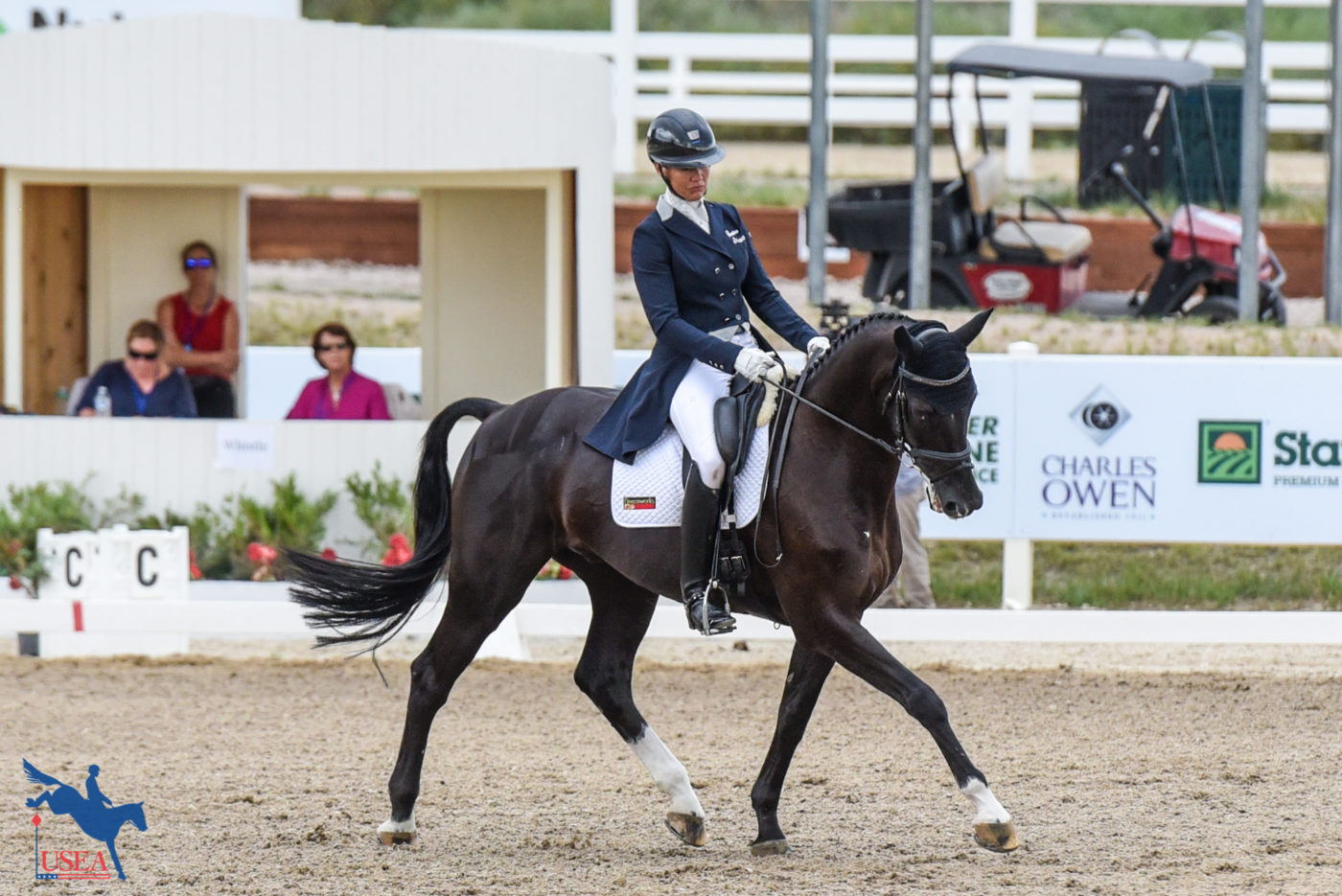 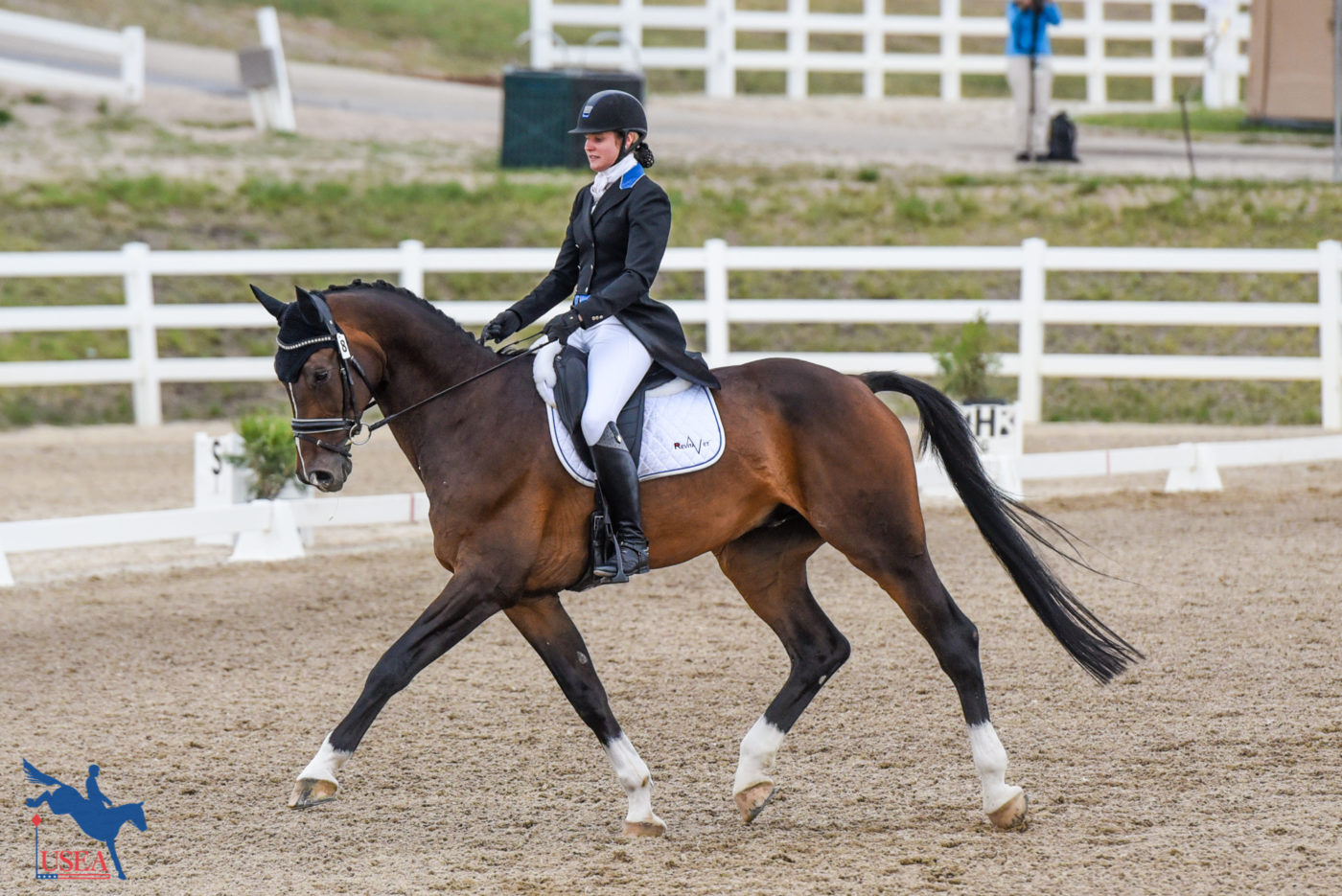 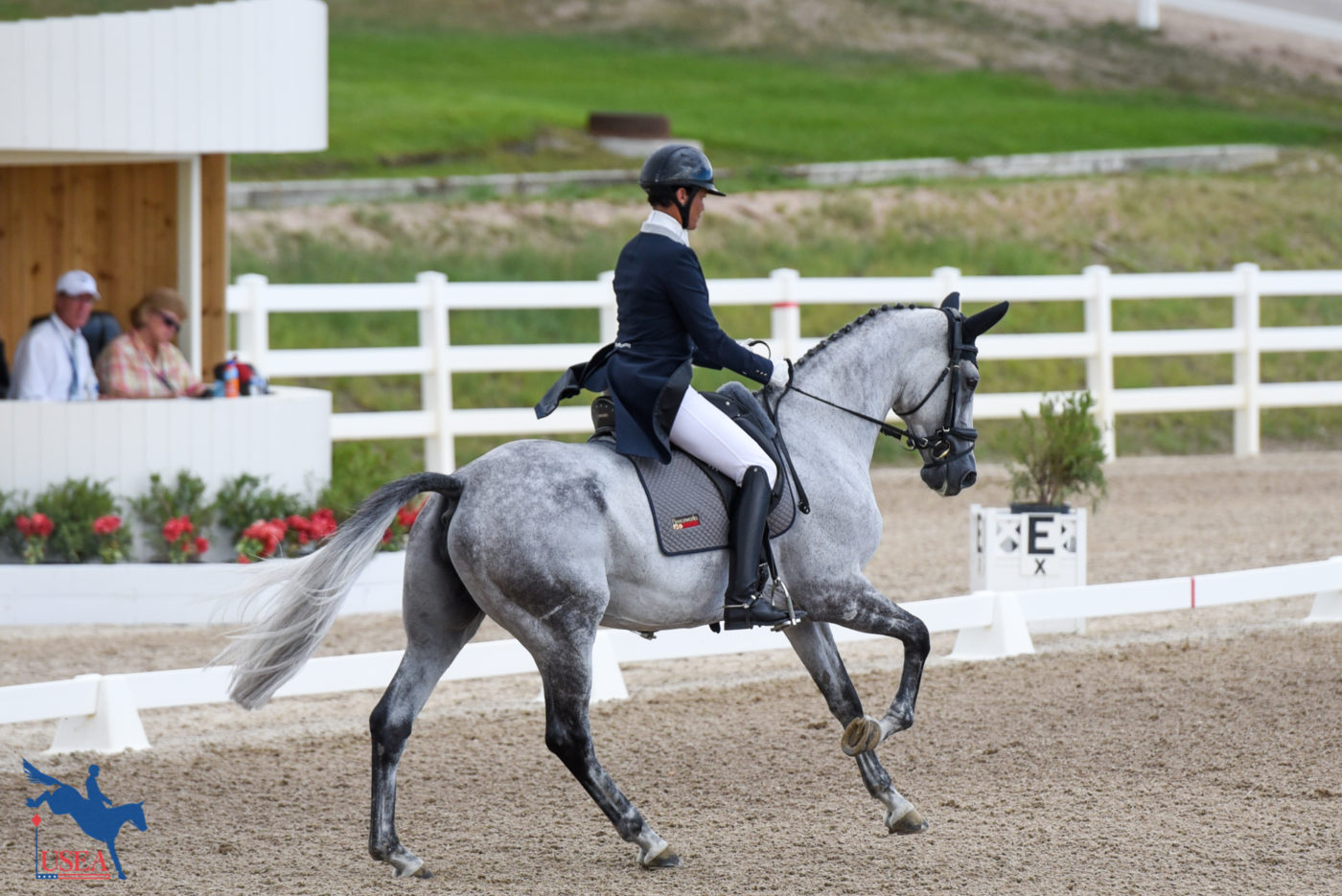 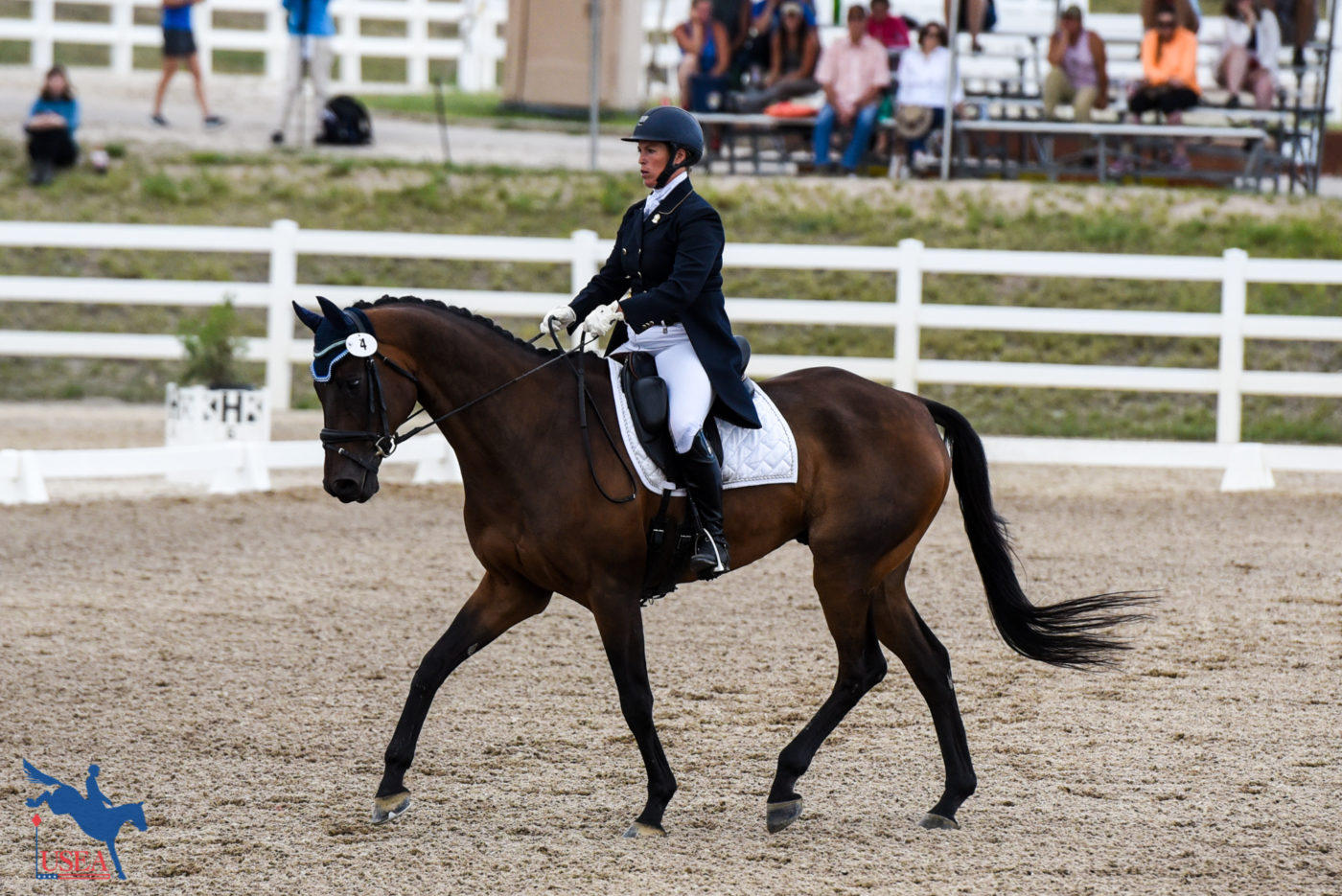 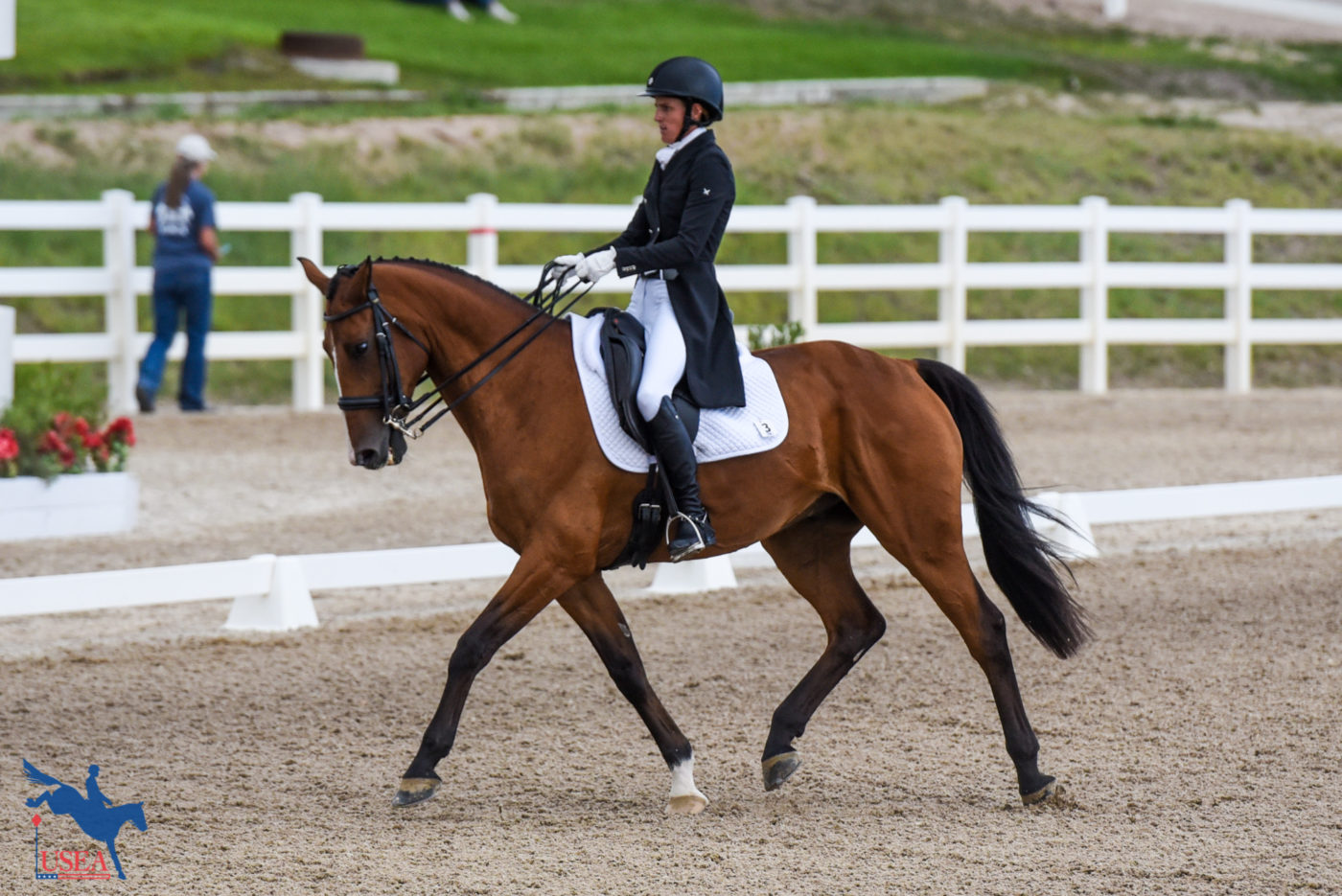 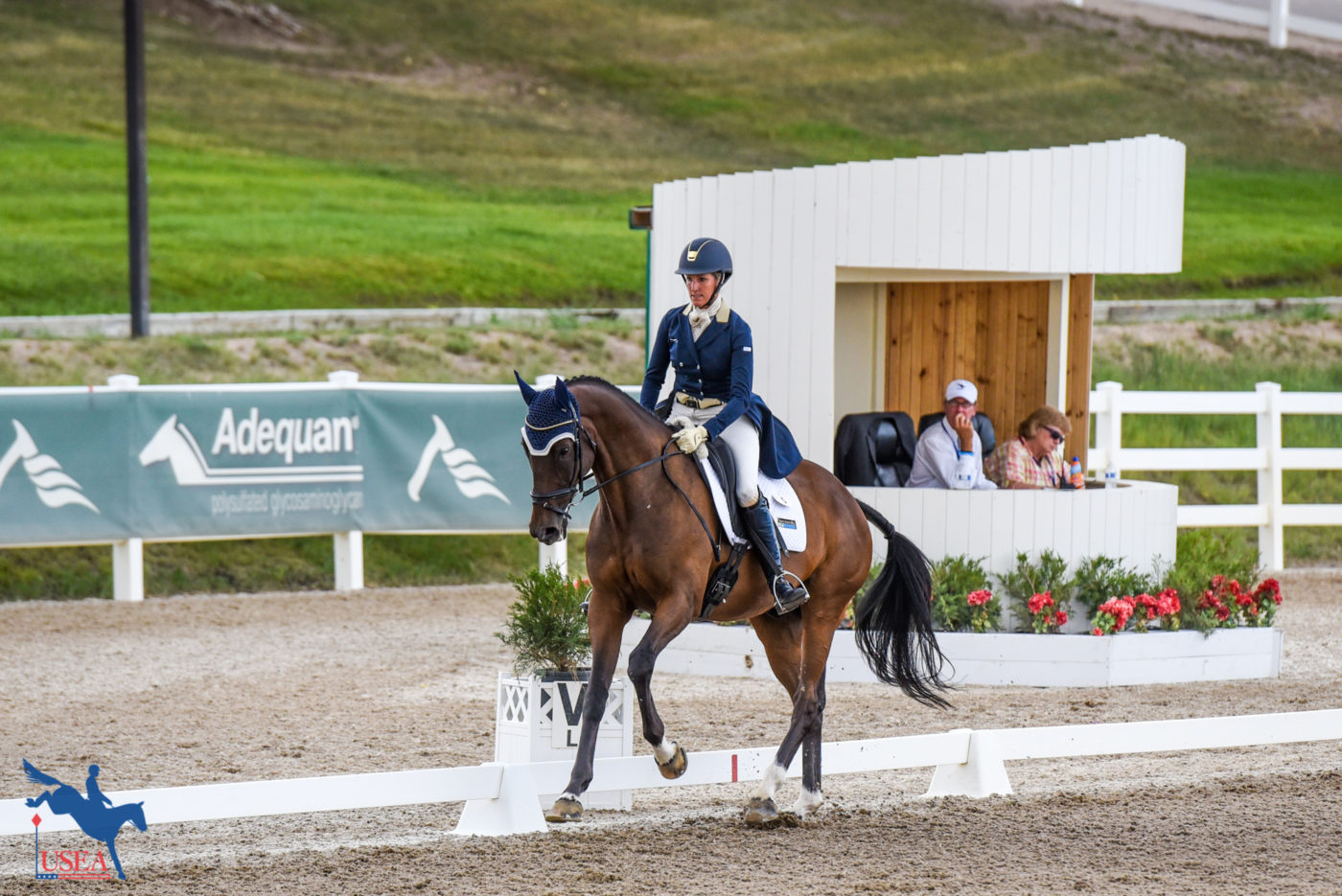 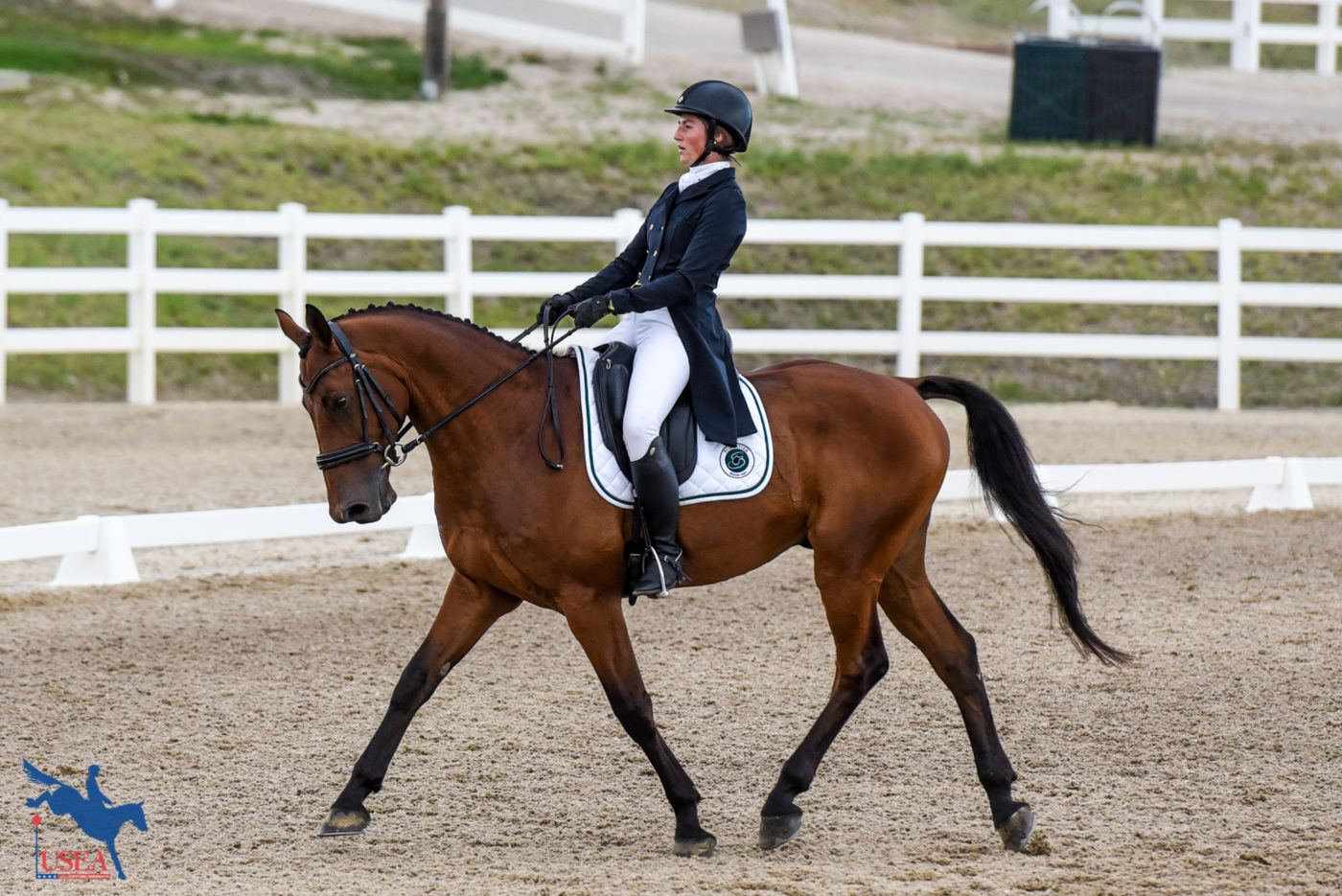 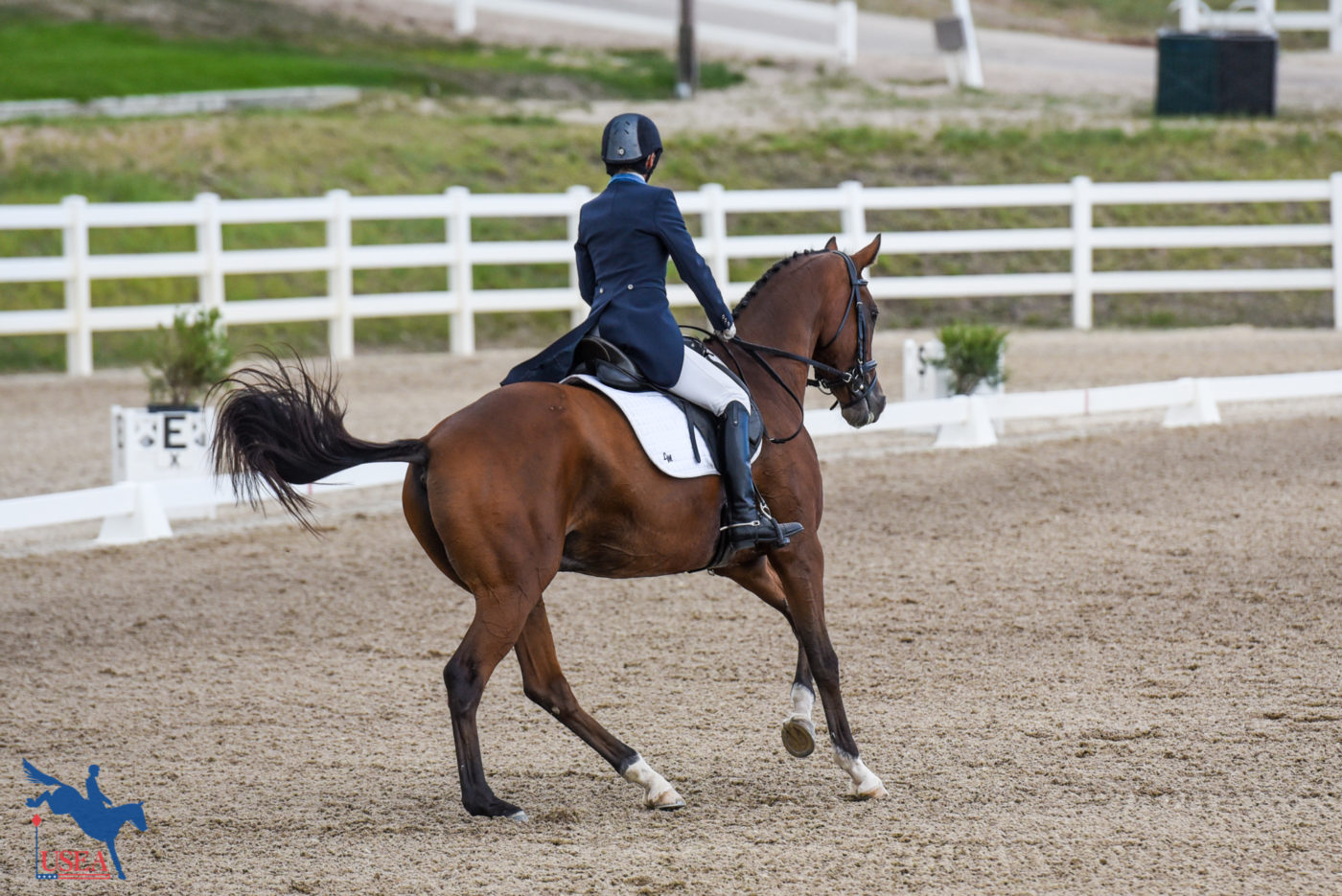 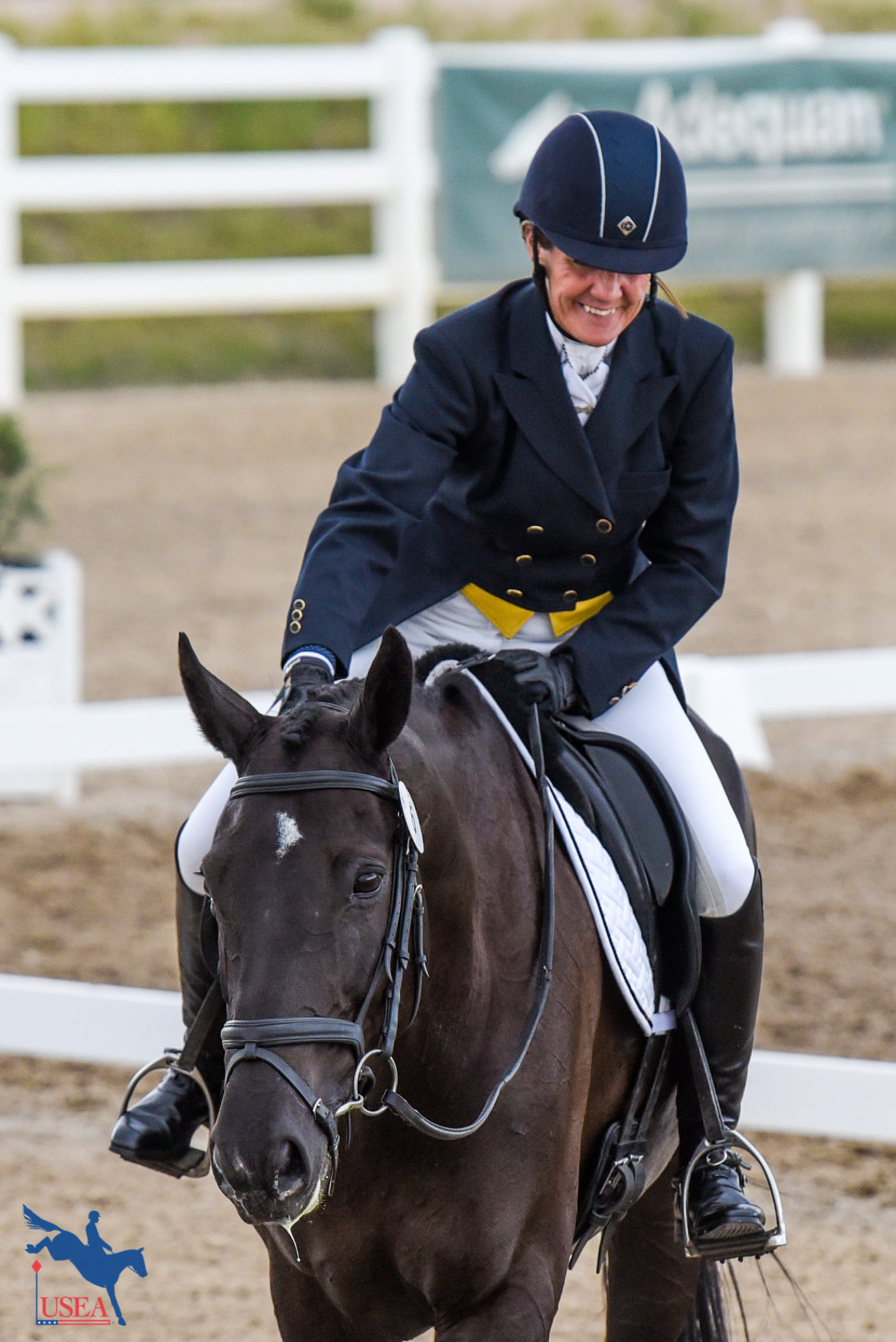 And just like that, it is time for the Morven Park International! The prestigious event will take place Thursday, October 6, and run through Sunday, October 10 in Leesburg, Virginia. This is the event’s second year offering the CCI4*-L division, in addition to their CCI4*-S, CCI3*-S, and CCI2*-S divisions. That’s not all! The historic grounds at Morven Park will also host national divisions at the Novice, Training, and Preliminary levels.

Specifics of the "Fun & Education Formula" were provided to all at the Jim Wofford Clinic held on August 20 & 21 at the Horse Park in Woodside, northern California. Eager riders, auditors, and volunteers gathered for a much anticipated two-day clinic with the master bright and early Saturday morning.

This year a new class will be joining the 47 eventing legends currently in the United States Eventing Association (USEA) Eventing Hall of Fame. Induction into the Hall of Fame is the highest honor awarded within the sport of eventing in the United States. Those invited to join the USEA's Eventing Hall of Fame have truly made a difference in the sport of eventing. Hall of Fame members have included past Association presidents, volunteers, riders, founders, course designers, officials, organizers, horses, horse owners, and coaches.