Swiss Rider Sets the Bar at the Kentucky Three-Day Event

Ten horses entered the Rolex arena after the lunch break at the Land Rover Kentucky Three-Day Event, and only one was able to break into the top five - the final pair of the day Buck Davidson and Jak My Style - sliding into fifth place on a 34.1. The top four remain the same as this morning with Felix Vogg leading, followed by Elisabeth Halliday-Sharp, Buck Davidson, and then Hallie Coon.

The Olympic veteran who rides for Switzerland topped the leaderboard with a 28.0 on Jurgen Vogg’s Westphalian gelding, Colero (Captain Fire x Bonita). “I’m pretty happy, and [Colero] did a good test,” said Vogg. “There are probably rides coming up tomorrow that will get ahead of me, but I’m really pleased with his first test at this level.”

This was Vogg’s first time riding down the center line at the Land Rover Kentucky Three-Day Event, and he chose the five-star for Colero because “after watching Kentucky on the live stream and television, it’s just something [I] wanted to do. It’s one of the biggest events in the world, and it’s good preparation for the future,” explained Vogg. “My friend and trainer Michael [Jung] always did really well here too,” Vogg said of the three-time Kentucky Three-Day champion who he trained with while living at home in Singen, Germany. “I’m moving back to Germany next week, and I’ll probably go train with Michael again since I live just an hour away from him.”

Deniro Z is a force to be reckoned with, as he has six international wins on his record, but this is his Kentucky debut. The 11-year-old KWPN gelding owned by the Deniro Syndicate and Ocala Horse Properties scored a 30.9 to hold onto second place after the first day of dressage.

“I was really, really pleased with Deniro and I really felt he gave me everything he had,” explained Halliday-Sharp. “I was a little bit disappointed with the score, I’m not going to lie. He struggles with lead changes a bit, and he got knocked there, but I’m thrilled with the horse. He gave me everything, and really pushed, and gave me phenomenal trot work. It’s the best he’s probably ever done in the trot work and he tried his guts out. Once he mechanically understands the changes, he’ll be at the top of the board.”

Buck Davidson is riding three horses this week at the Land Rover Kentucky Three-Day Event and he completed two of his rides today aboard Park Trader and Jak My Style. Davidson’s experience and consistent riding allowed him to claim two top-five spots, taking third place on Park Trader with a 32.1 and fifth place on Jak My Style on a 34.1.

“Park Trader is maybe not fantastic at this phase, but he’s really maturing and getting better. But I have to say he really did as well as he could possibly do today. He did all four flying lead changes as well as he can,” said Davidson of Carl and Cassandra Segal’s 17-year-old Irish Sport Horse gelding, Park Trader (Master Imp x Ballyhast Polly). “I’m very happy with that score, and happy heading into the next phase.”

“Jak My Style just did every movement better than he knows how to do,” Davidson said of the 14-year-old Thoroughbred owned by Kathleen and Roberto Cuca. “It’s his first time at this level, and he just went in and did everything better than he did in the warm-up and I couldn’t be more proud of him. When they come here and do the best they can do, that’s all you can ask. You just keep moving forward, and I’m very excited about my first two rides.”

Hallie Coon and the 12-year-old KWPN mare Celien (Tenerife VDL x R Quicksilver) are both Kentucky rookies, but they’ve left their mark after demanding a top-five leaderboard standing after the first day of dressage. Coon is the youngest rider in the field at just 24 years of age, and laid down an impressive 32.7 to sit in fourth place heading into the next phase of competition on Saturday. 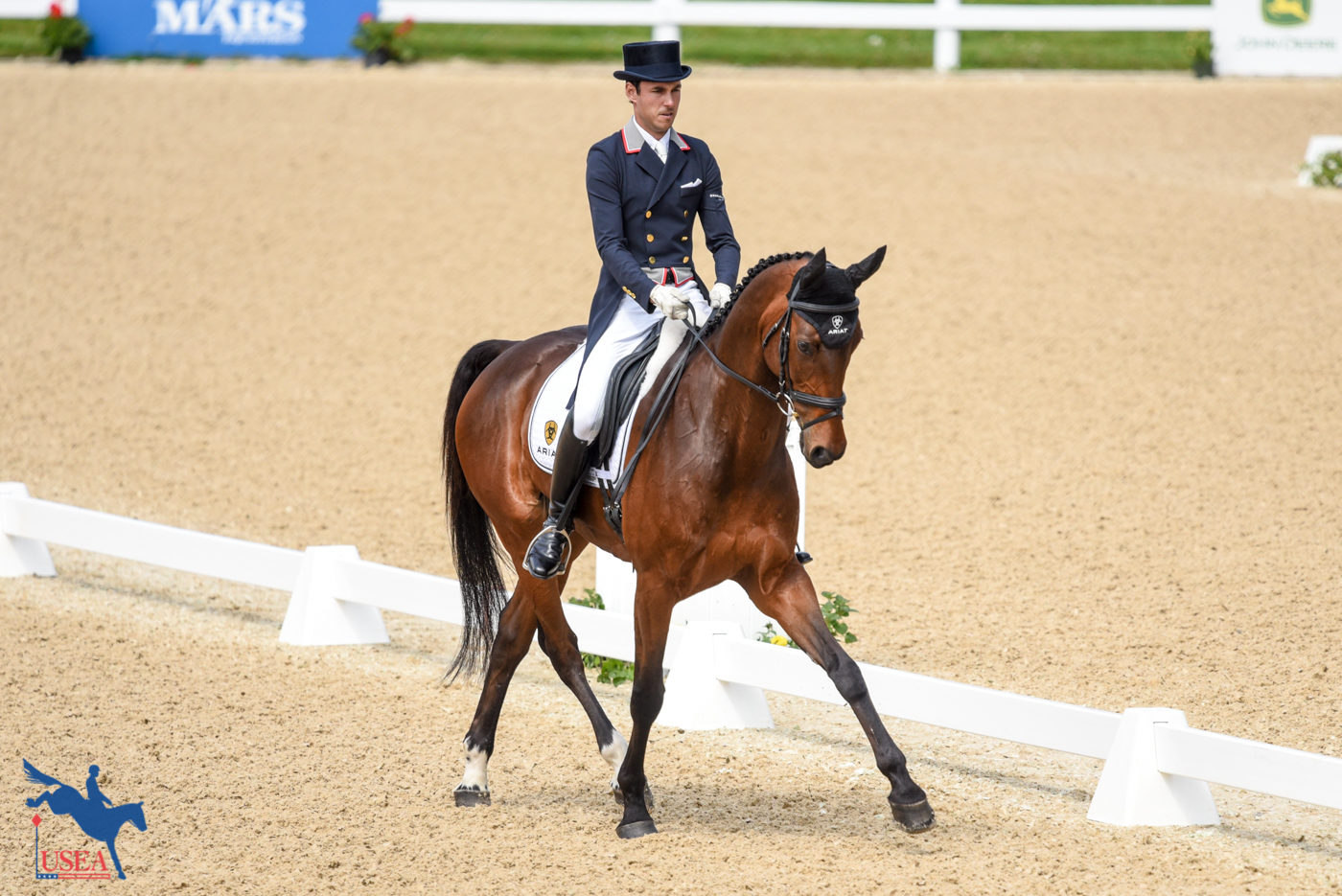 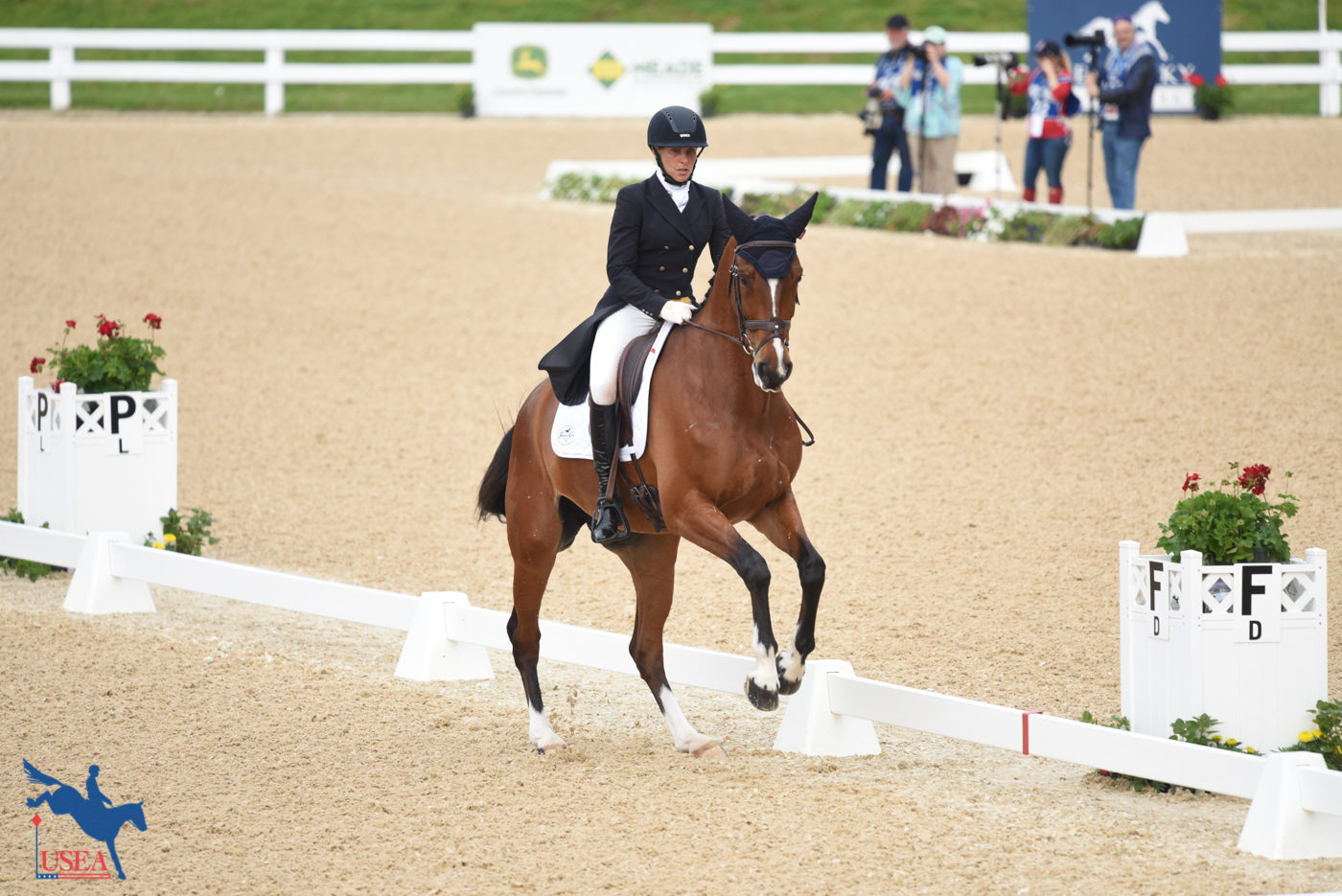 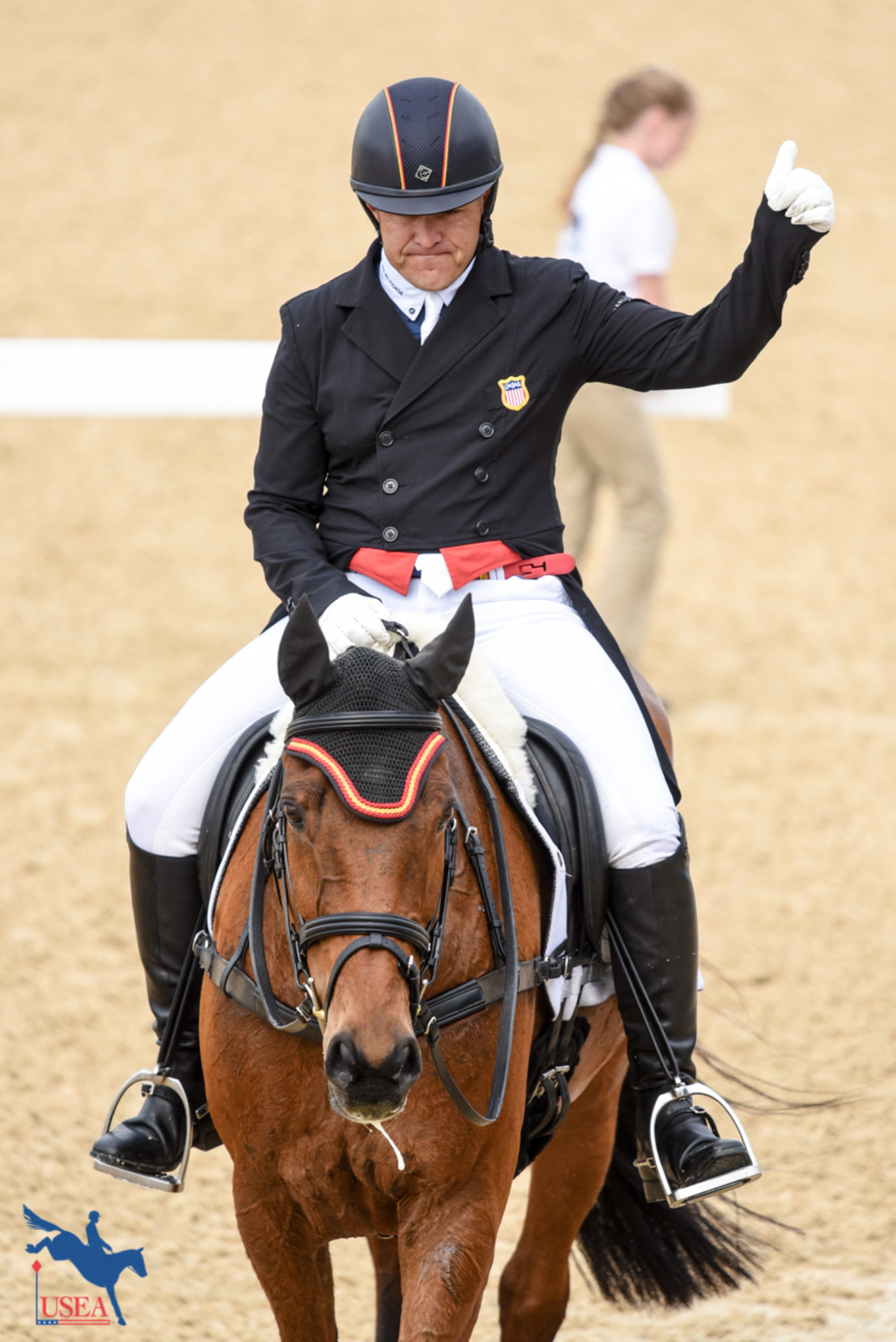 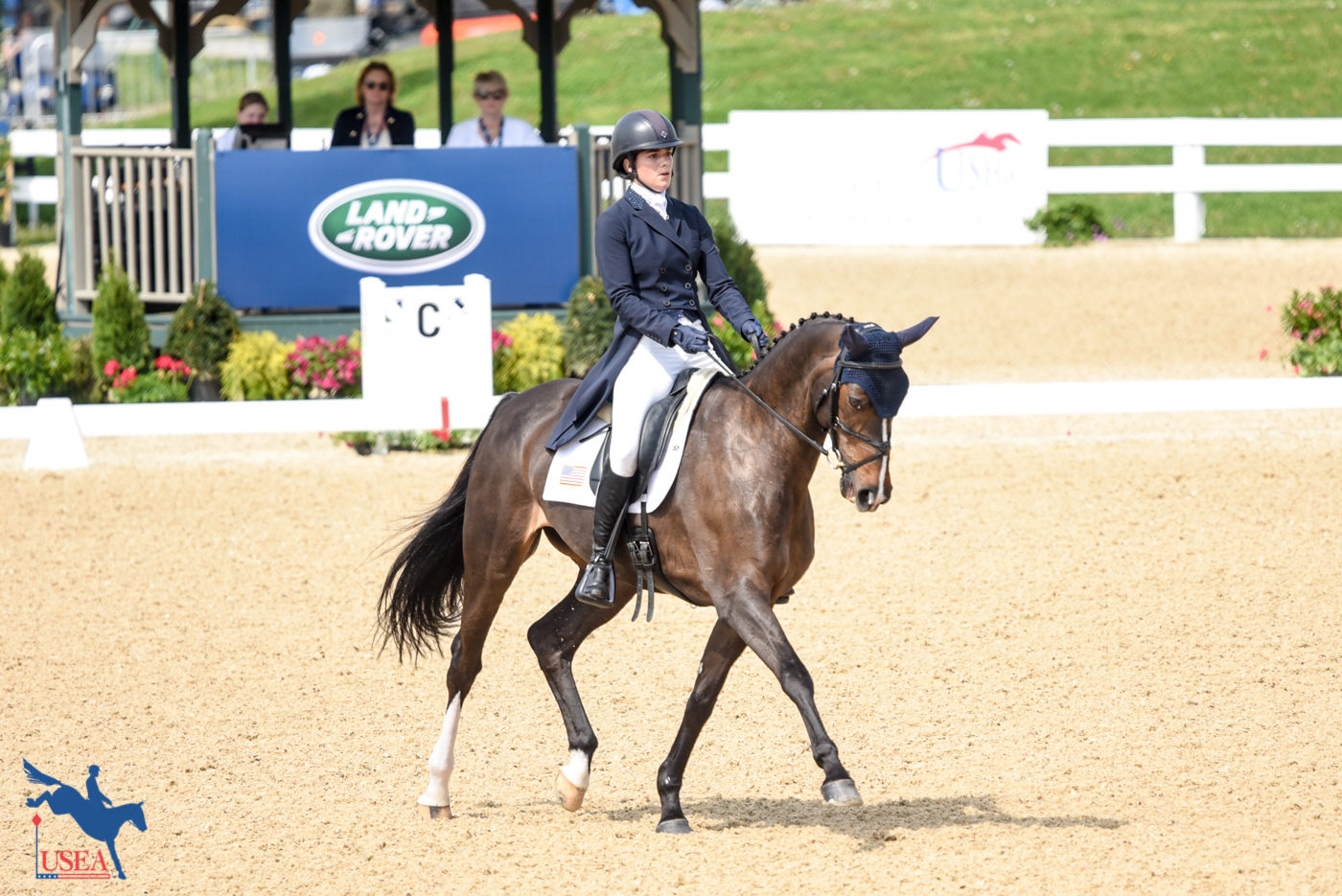 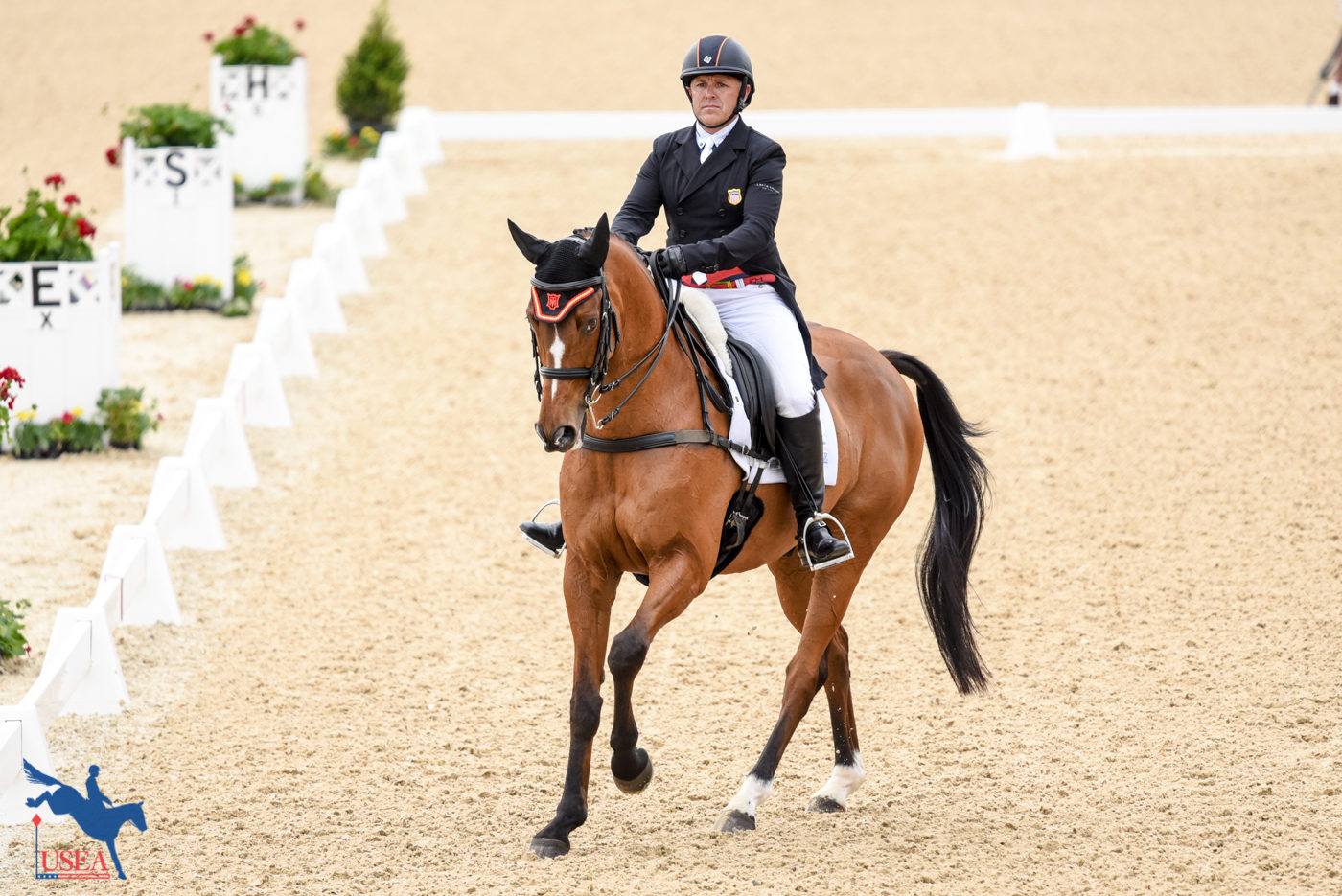 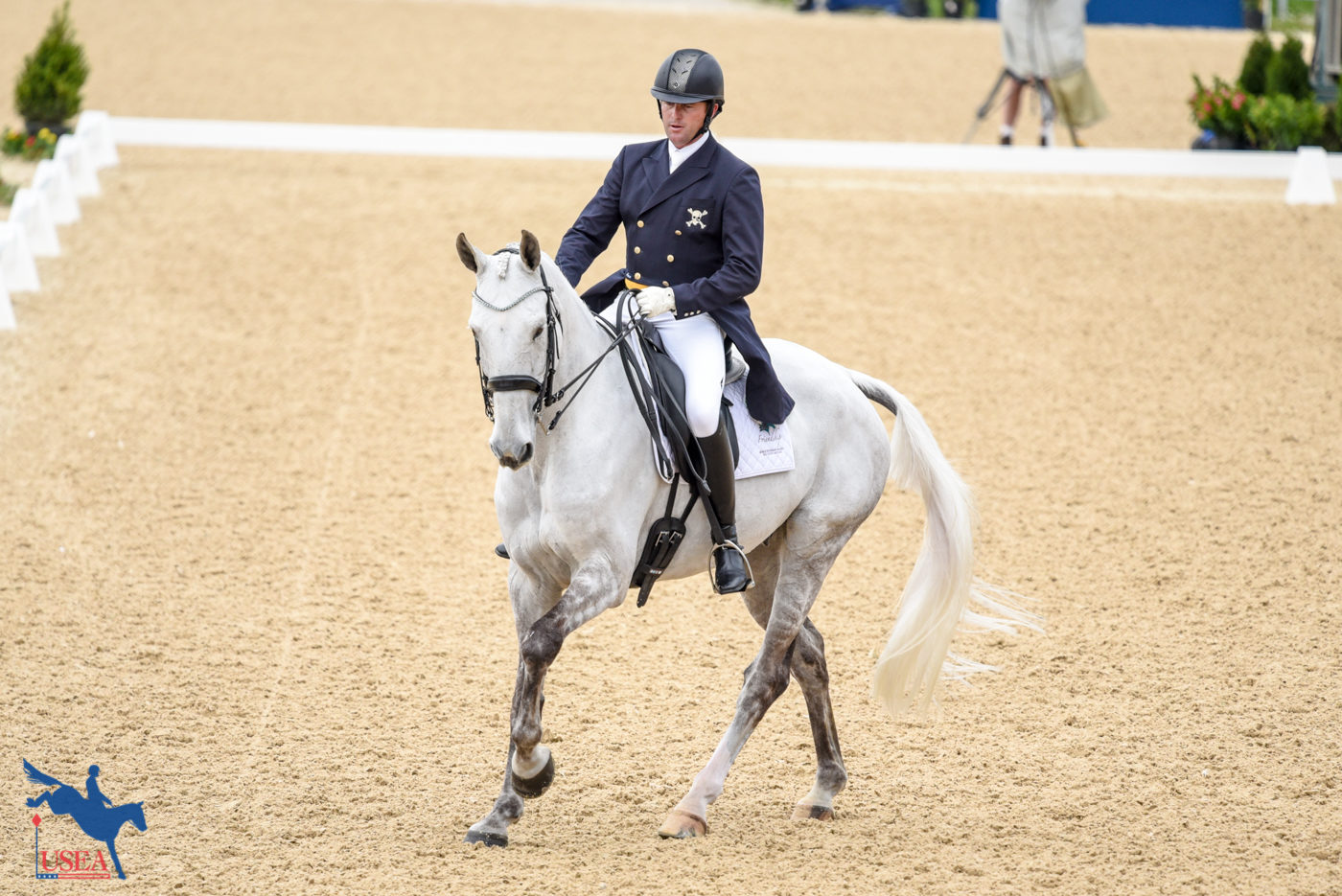 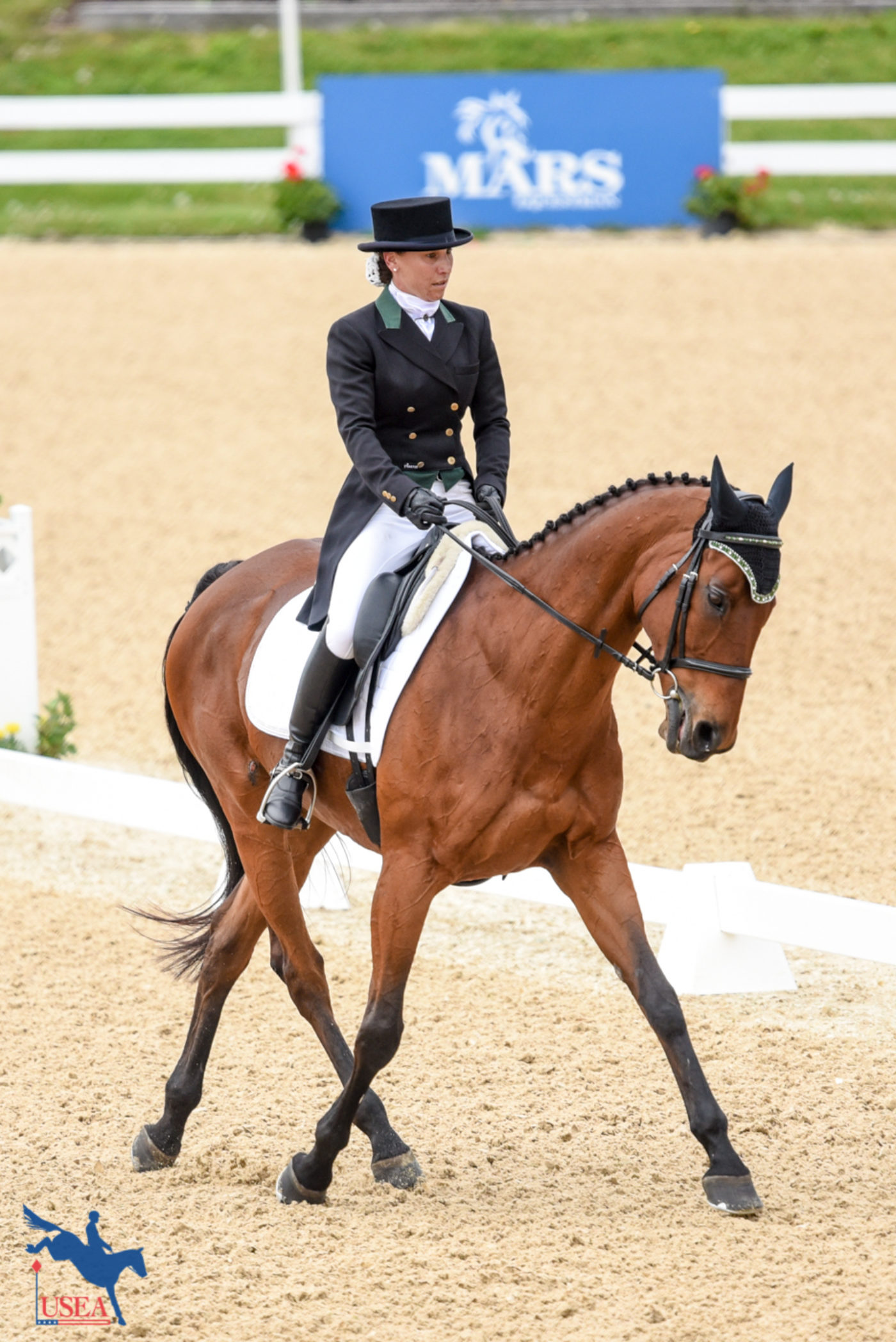 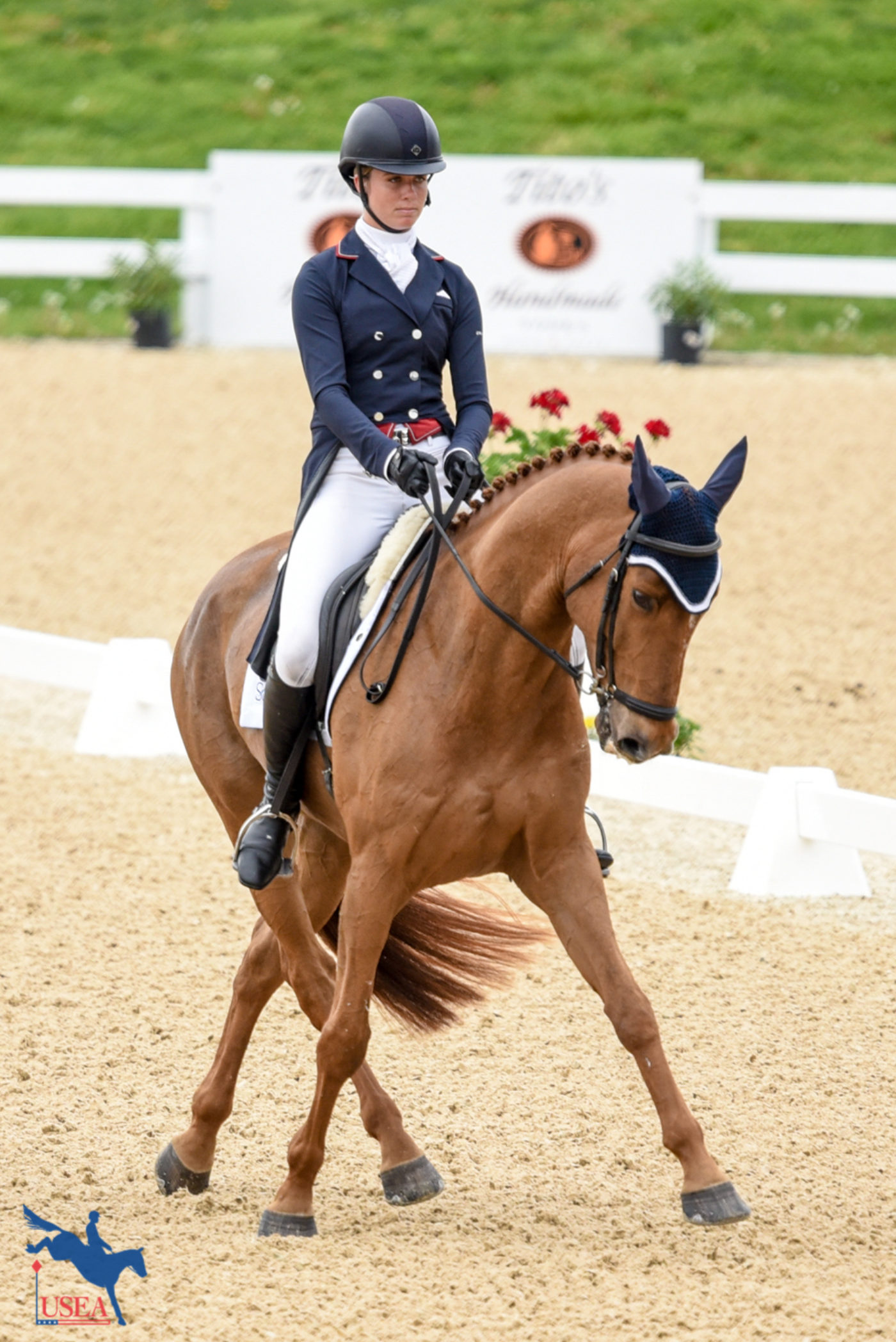 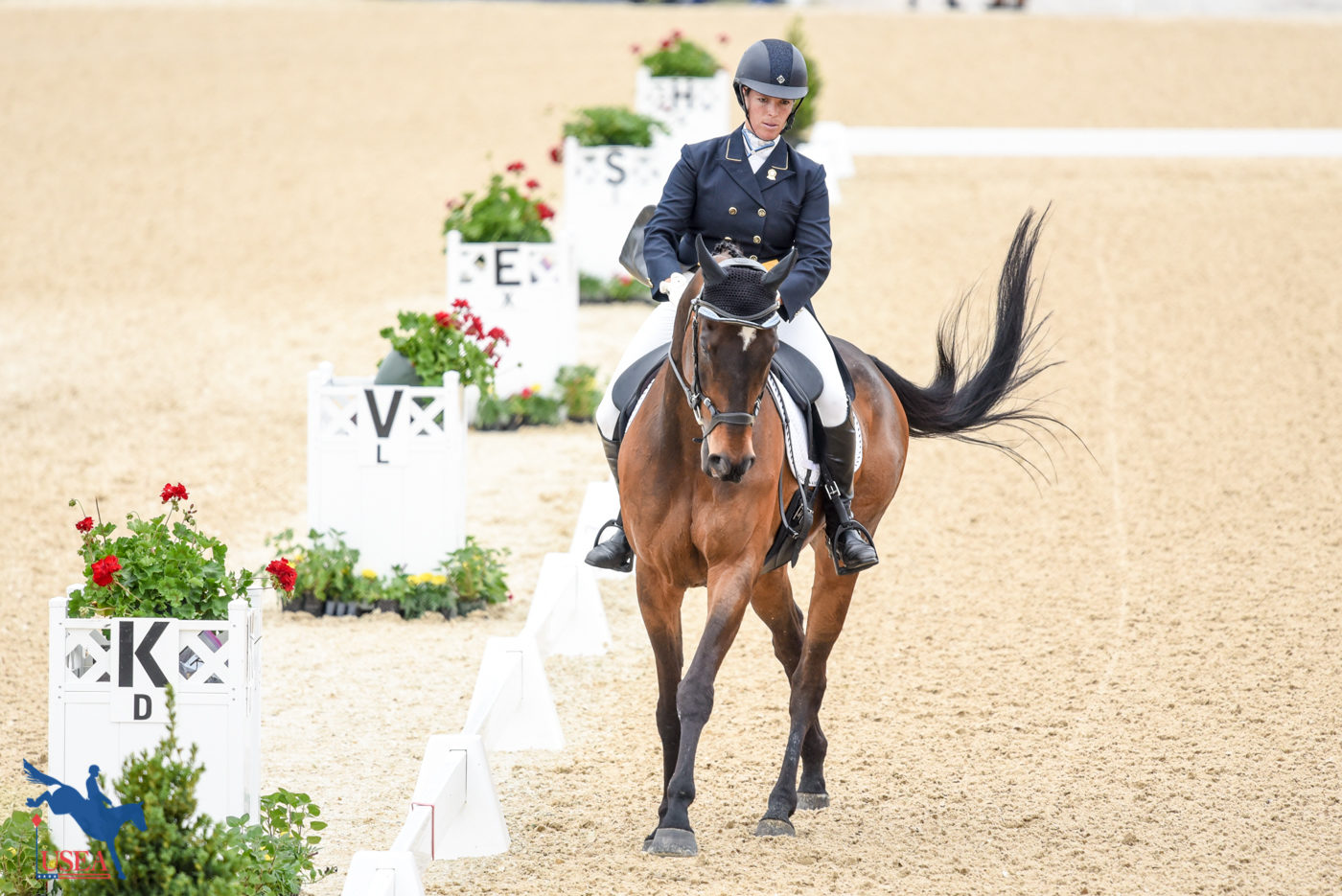 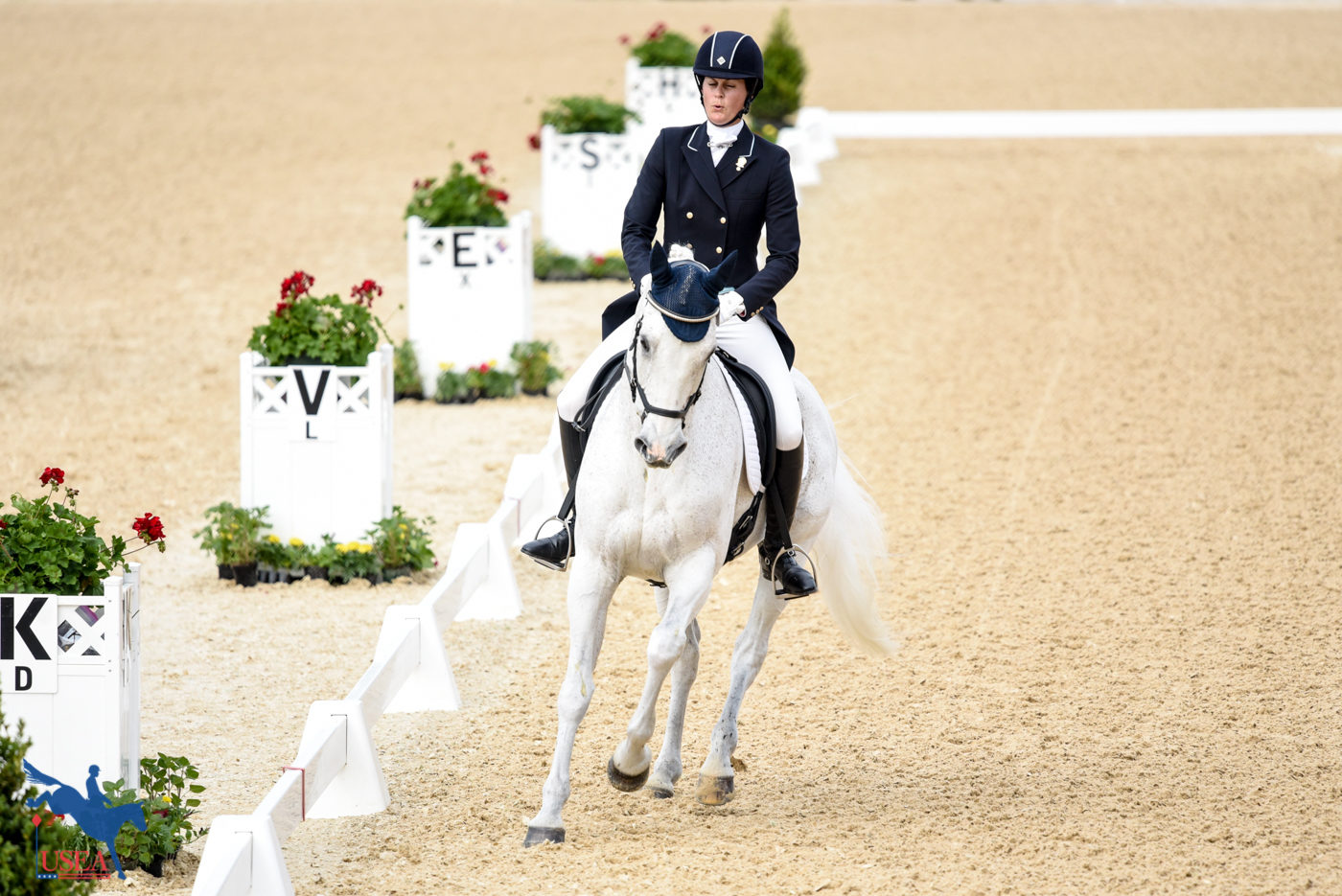 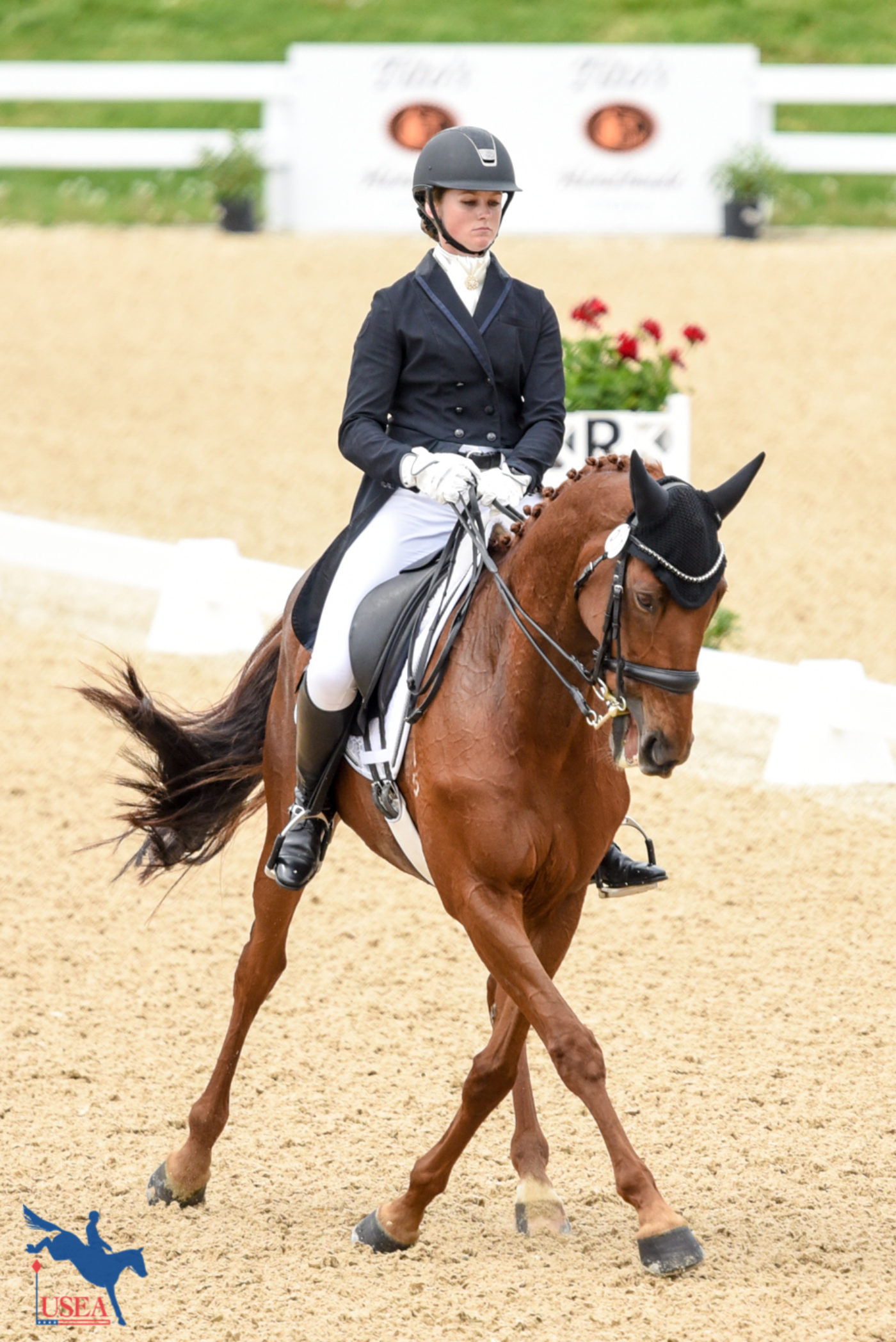 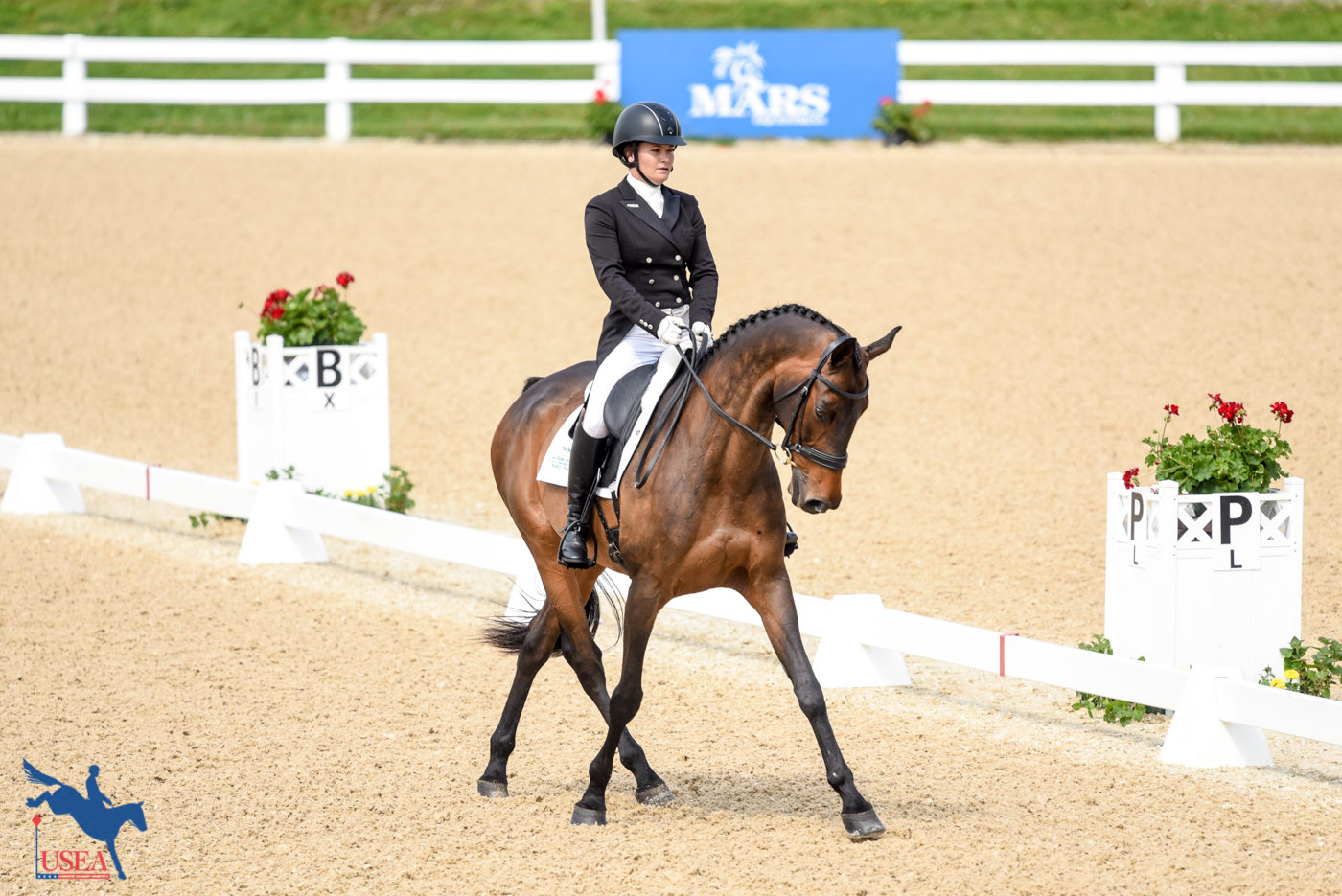 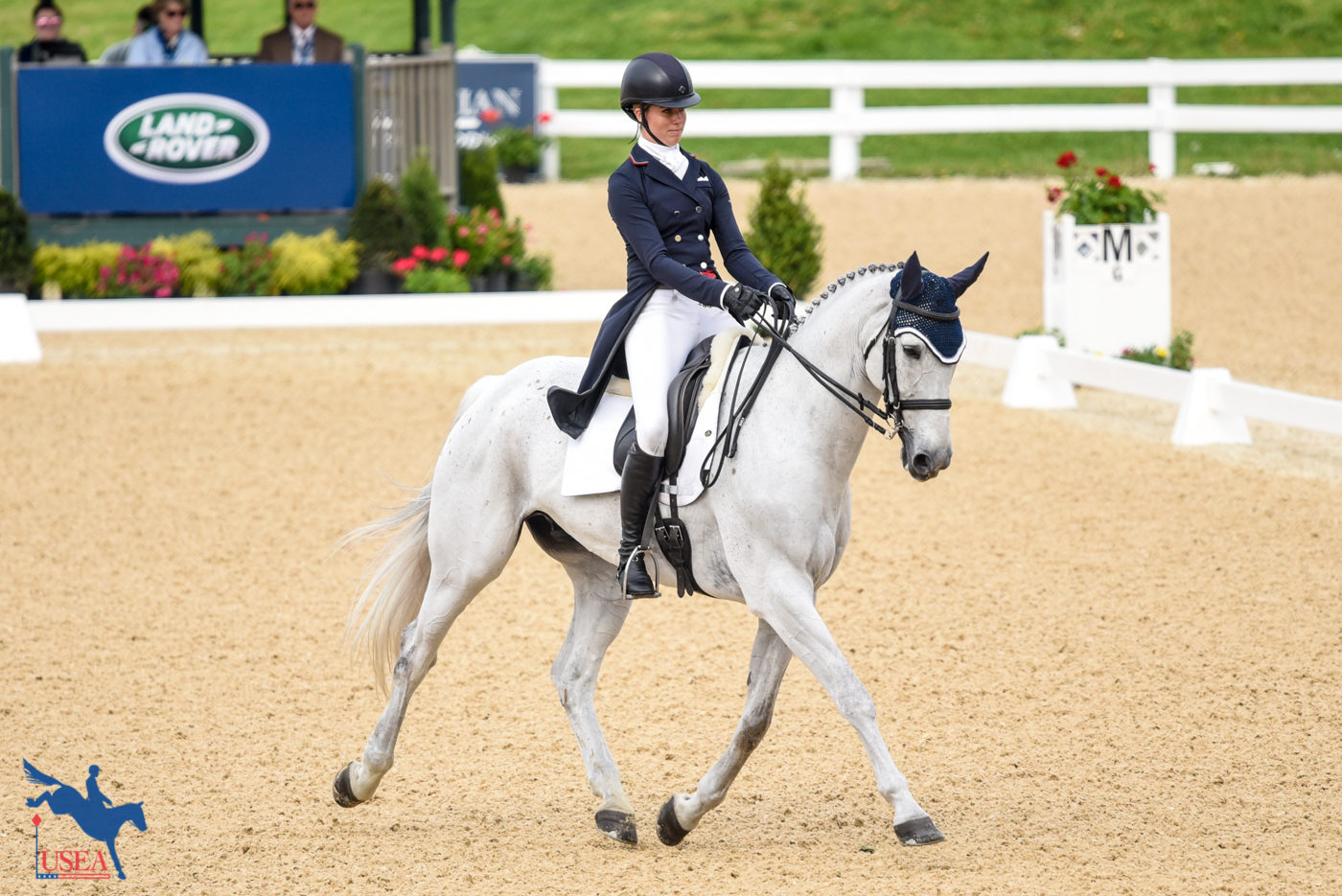 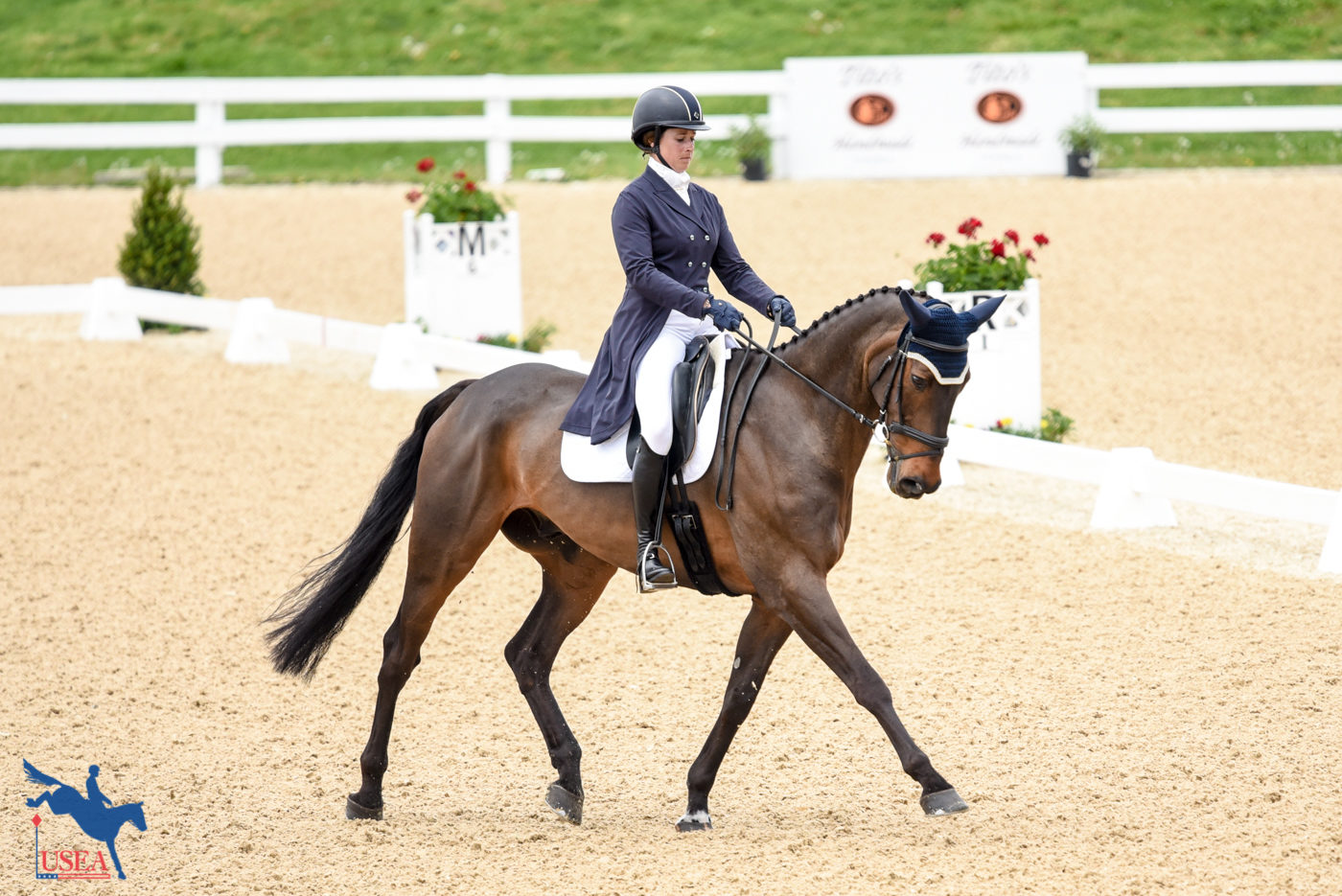 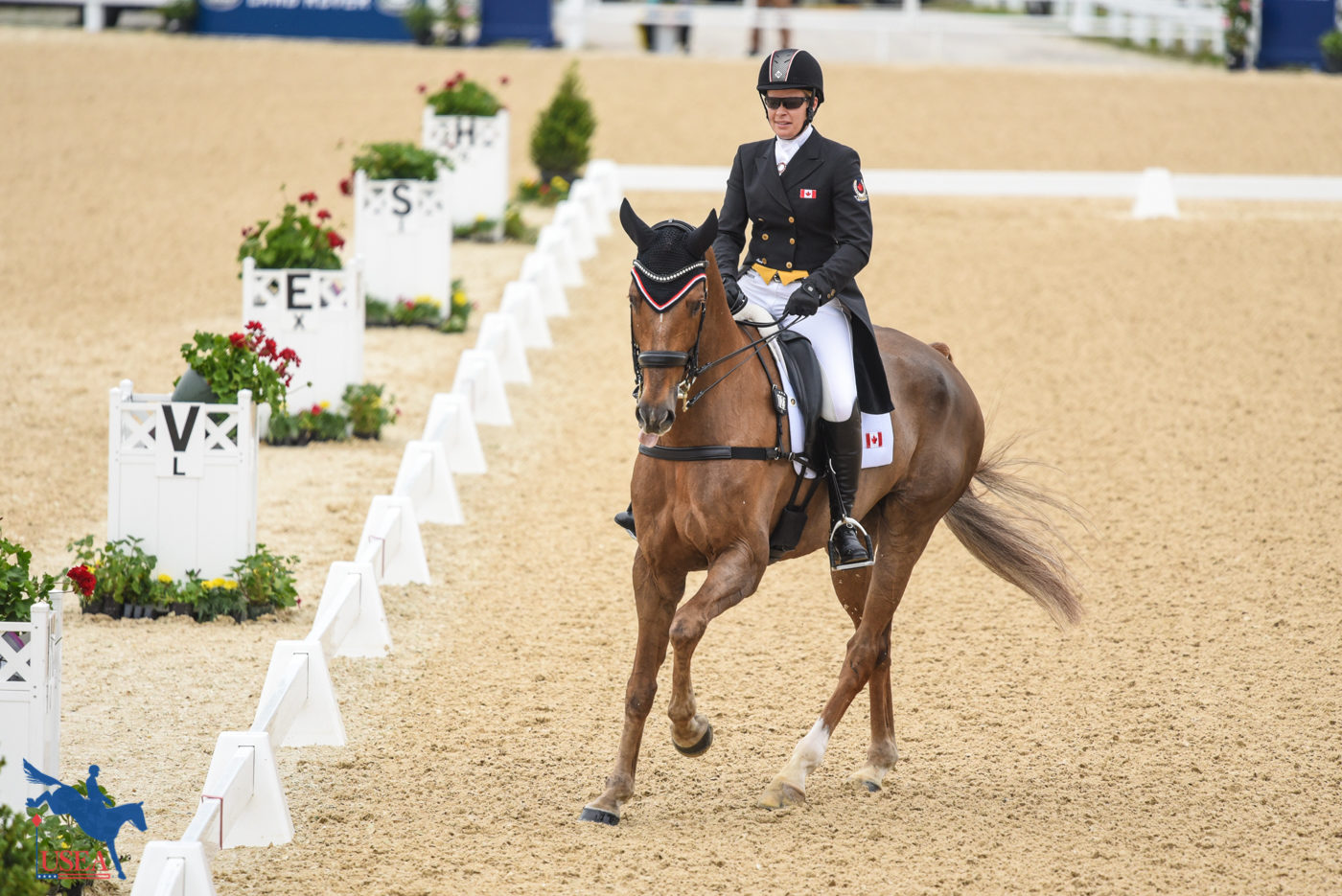 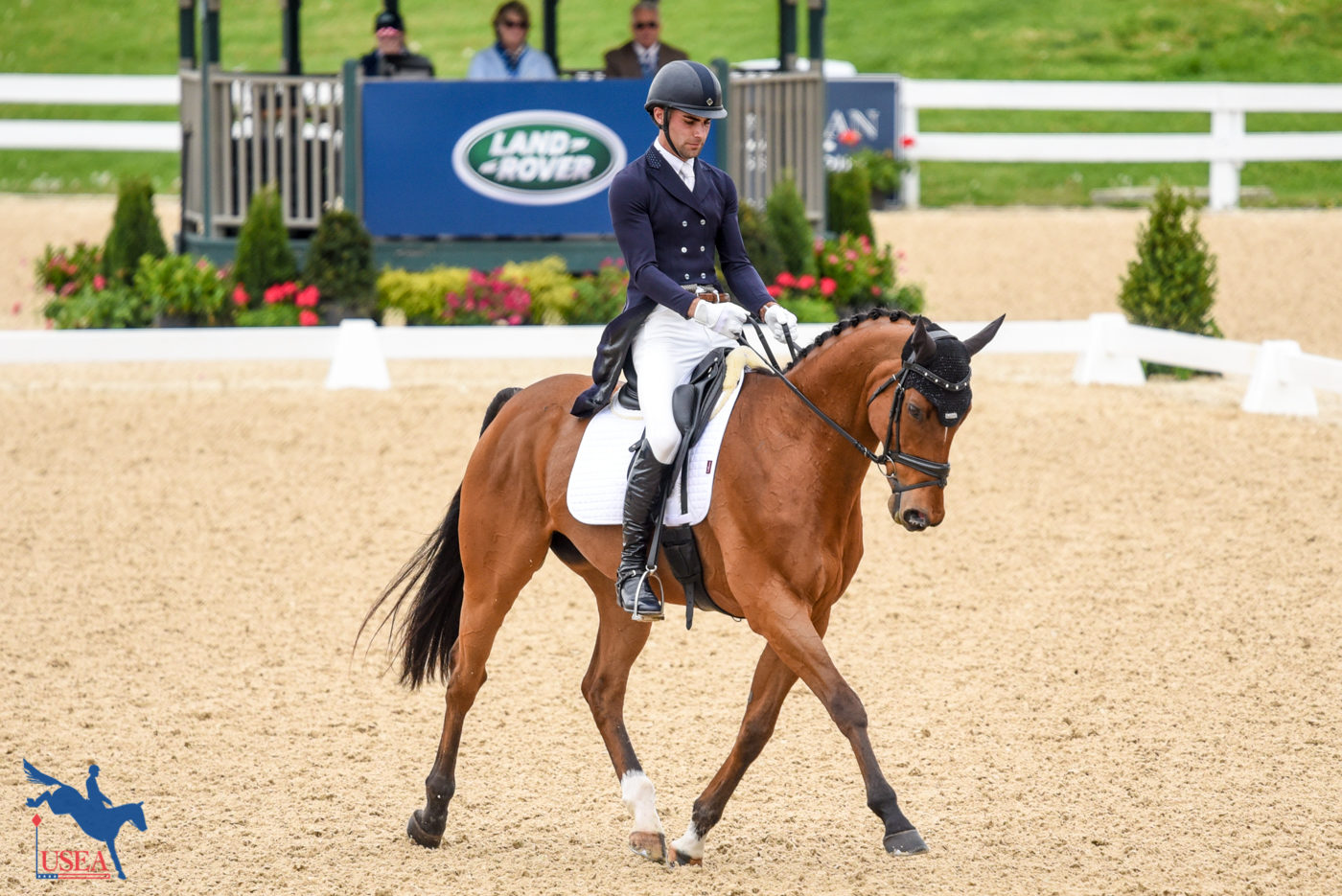 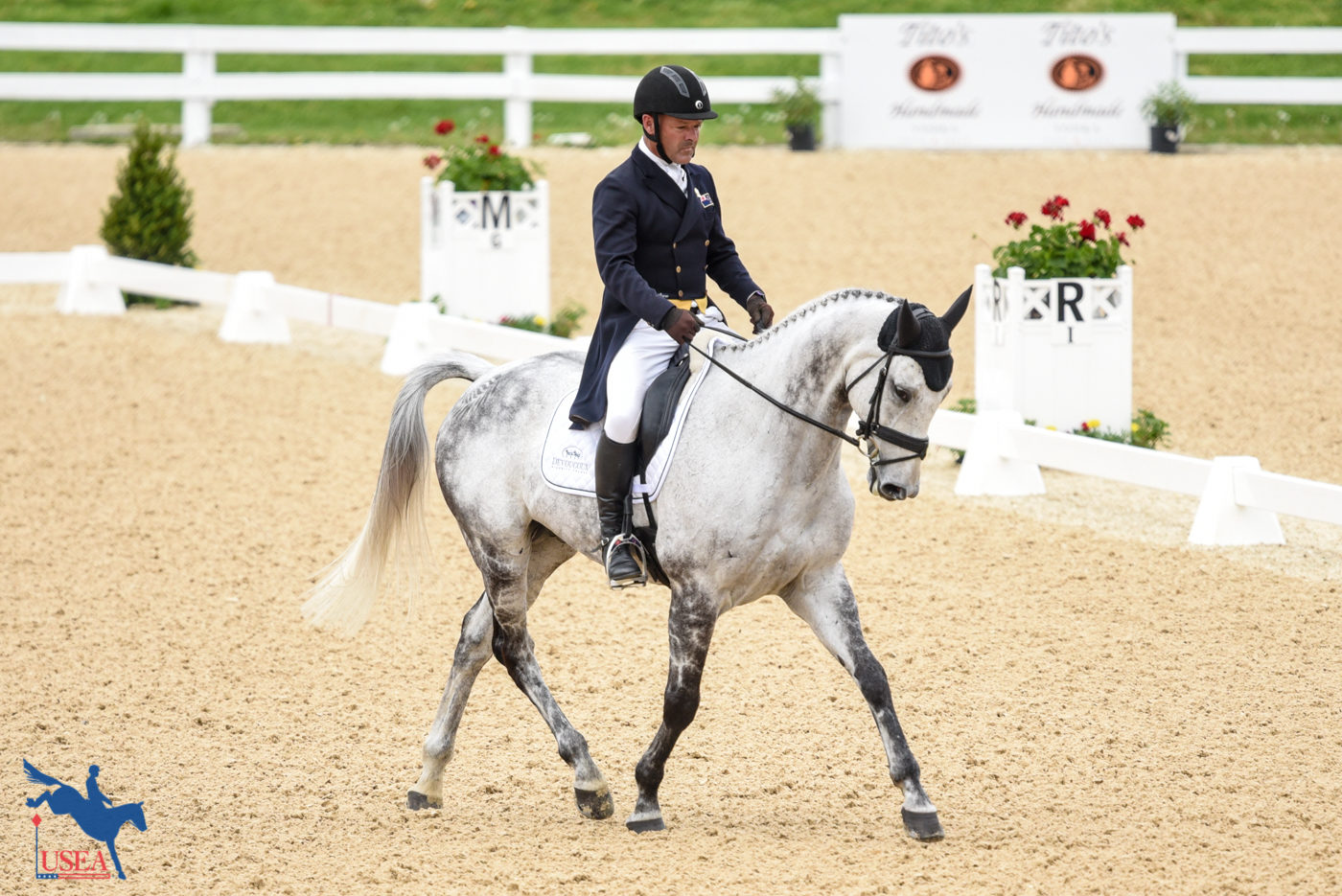 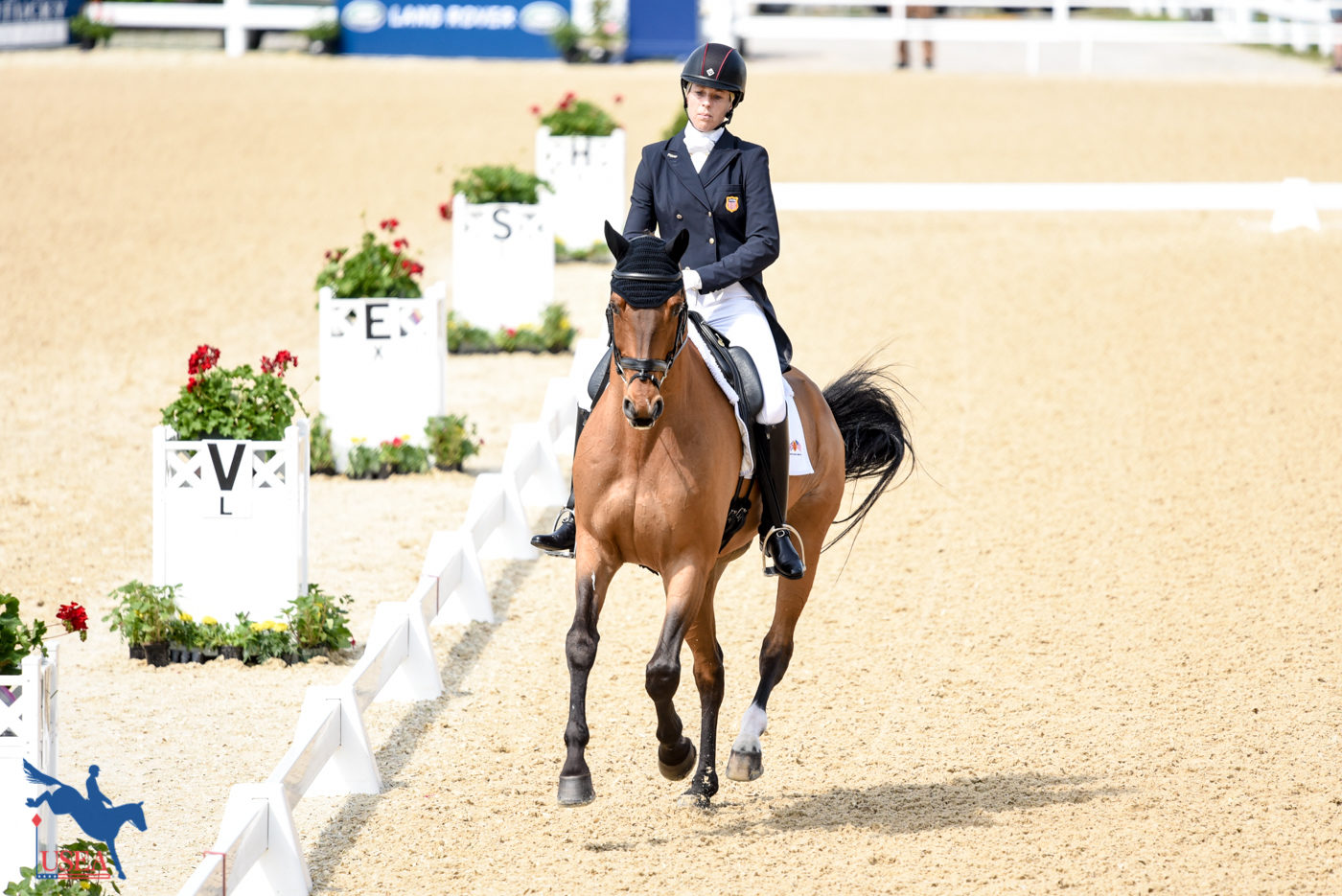 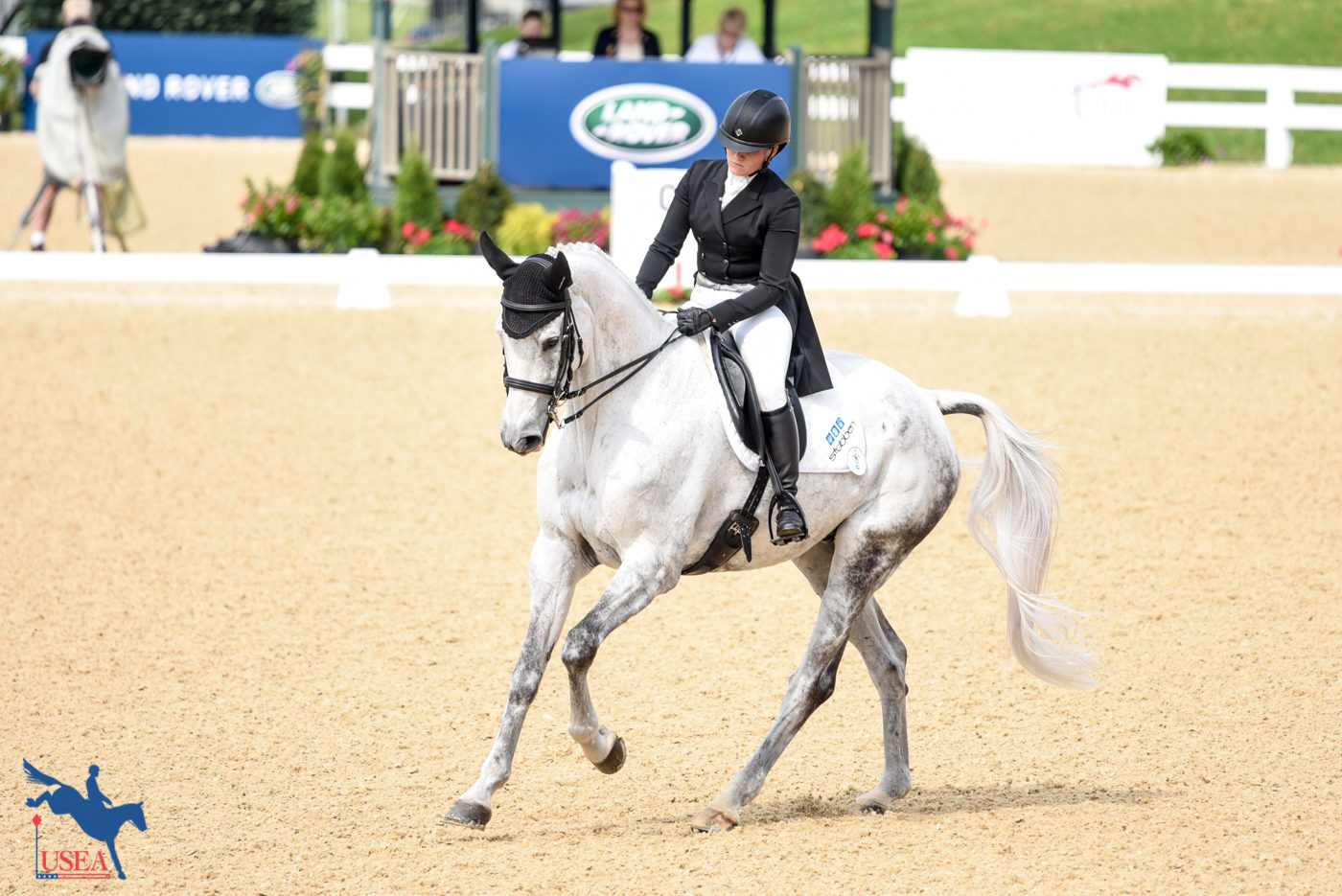