Tamra Smith rode Judith McSwain’s Fleeceworks Royal clear around the Adequan USEA Gold Cup CIC3* cross-country track with 10.4 time faults, and still managed to maintain their overnight lead. The 8-year-old Holsteiner mare by Riverman and out of Marisol had scored a 42.6 in dressage yesterday, claiming an eight point lead over the second-placed pair, so she had some room to spare, and Smith chose to run the horse a bit slow and take her time on course today.

“I’m just thrilled with her,” Smith said. “I had planned to run her a little bit slower today, and there were parts of the course that were quite difficult, so I was really proud of her today and how bold and rideable she was out there. The Normandy bank was difficult, and I thought it was even harder than the CCI3*, and yet Rory was wonderful. Today was really good, and I needed this after the spring I’ve had, so I’m really happy with the mare. She’s really special, and I’m lucky to have her.”

Smith does not have a rail to spare tomorrow in Chris Barnard’s show jumping course, as Hawley Bennett-Awad and her own 13-year-old British Sport Horse mare, Jollybo trail by just three points.

“Rory can get strong in show jumping, and I’ve had some rails because of that. But, if she’s rideable, then she’s very capable of show jumping clean, so I’ll have to have a little discussion with her in the stable before heading out. I think she understands what I say to her,” Smith joked. “I really hope she is obedient tomorrow and that we can jump clean, because Judy McSwain deserves it, and the mare deserves it, too.”

“This was a great day, and I’m very, very glad I made the trip out here. The venue is just incredible, and it’s even better than everyone describes,” said Sylvester. “I admit that I was a bit apprehensive coming out here knowing they were in a drought, but the soil here is amazing, and they’ve done an incredible job watering the courses throughout the week.”

“It was a really good day for Paddy, and I have experience riding Ian Stark’s [cross-country] courses at Richland Park, so it was interesting to walk this course and see similar questions, such as the ditch and rails in the back corner. It was really fun, and I’m really glad I made the decision to come out here.”

Emilee Libby and her own Nonsensical (Point Given x On the Brink) trail Sylvester by just 1.4 points heading into show jumping. The 14-year-old Thoroughbred gelding will keep the pressure on Paddy the Caddy, not allowing him to take down any rails without consequence tomorrow. 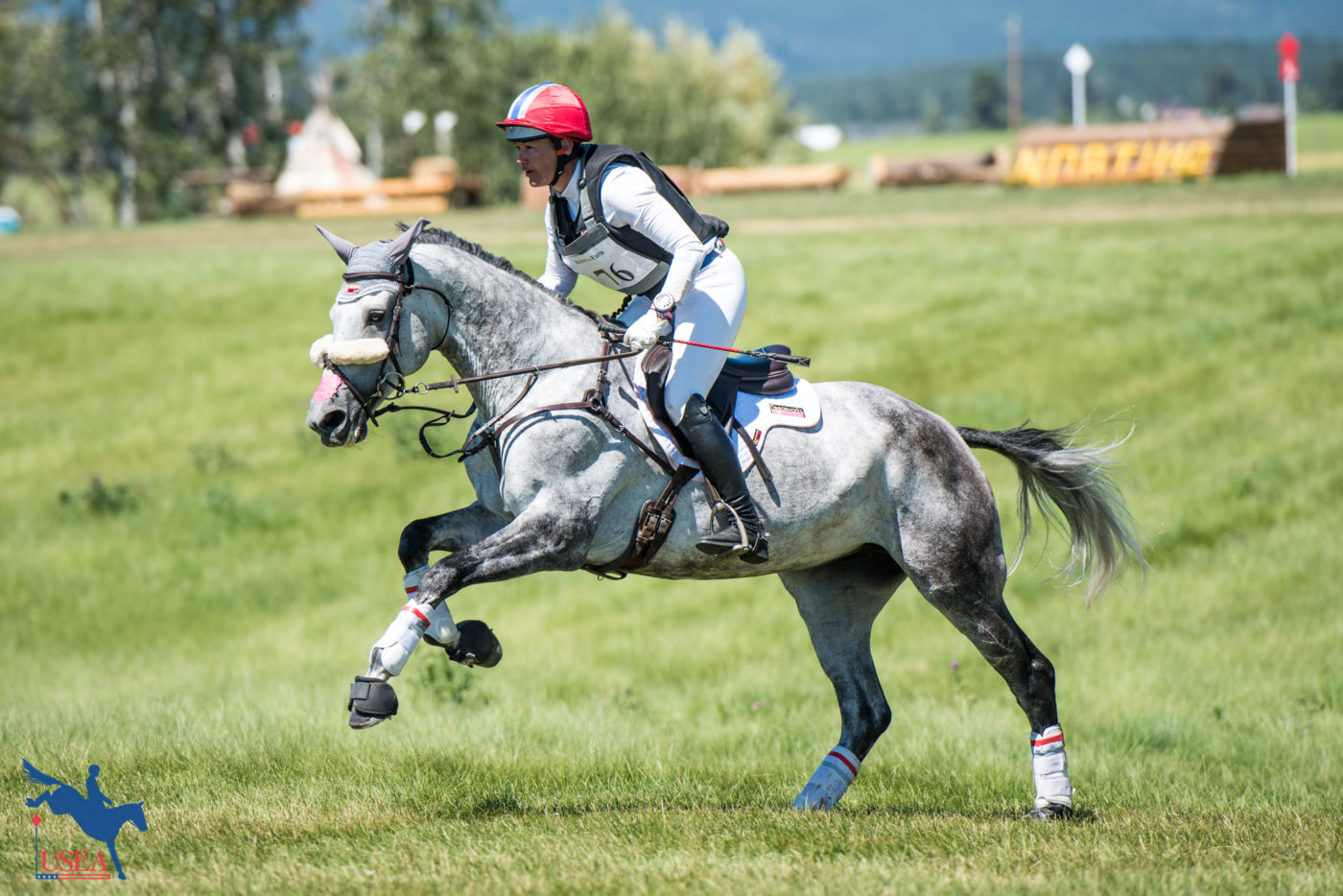 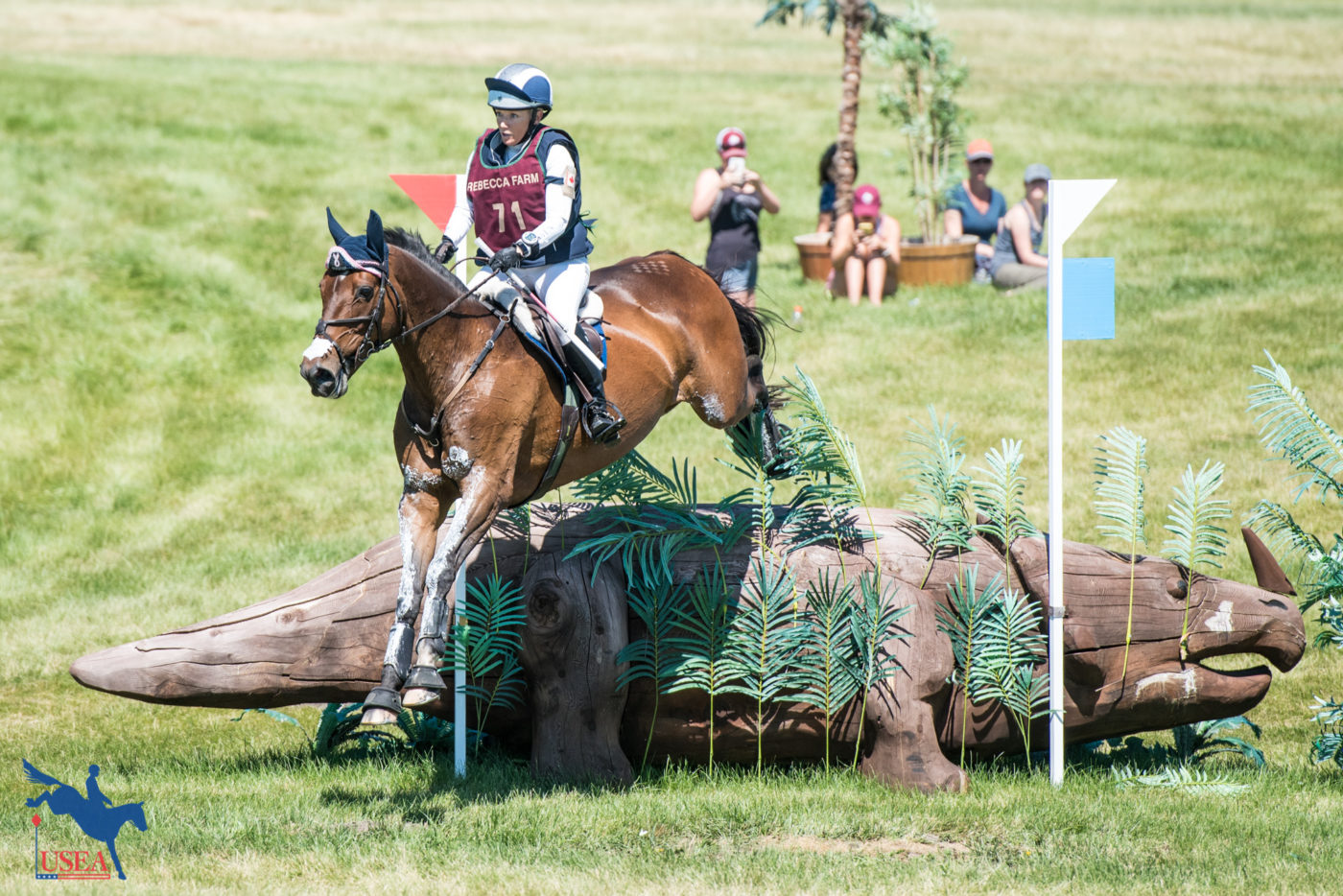 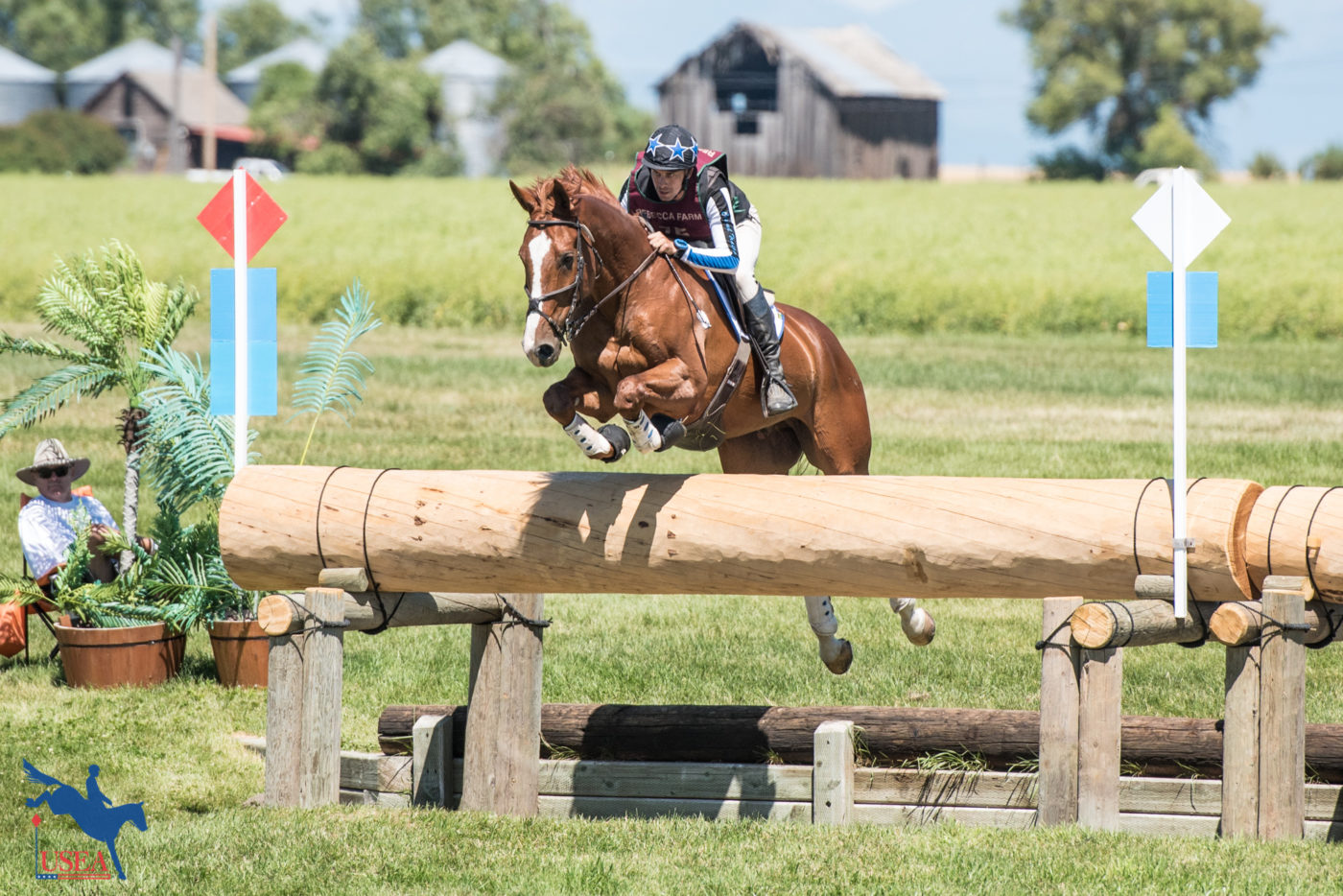 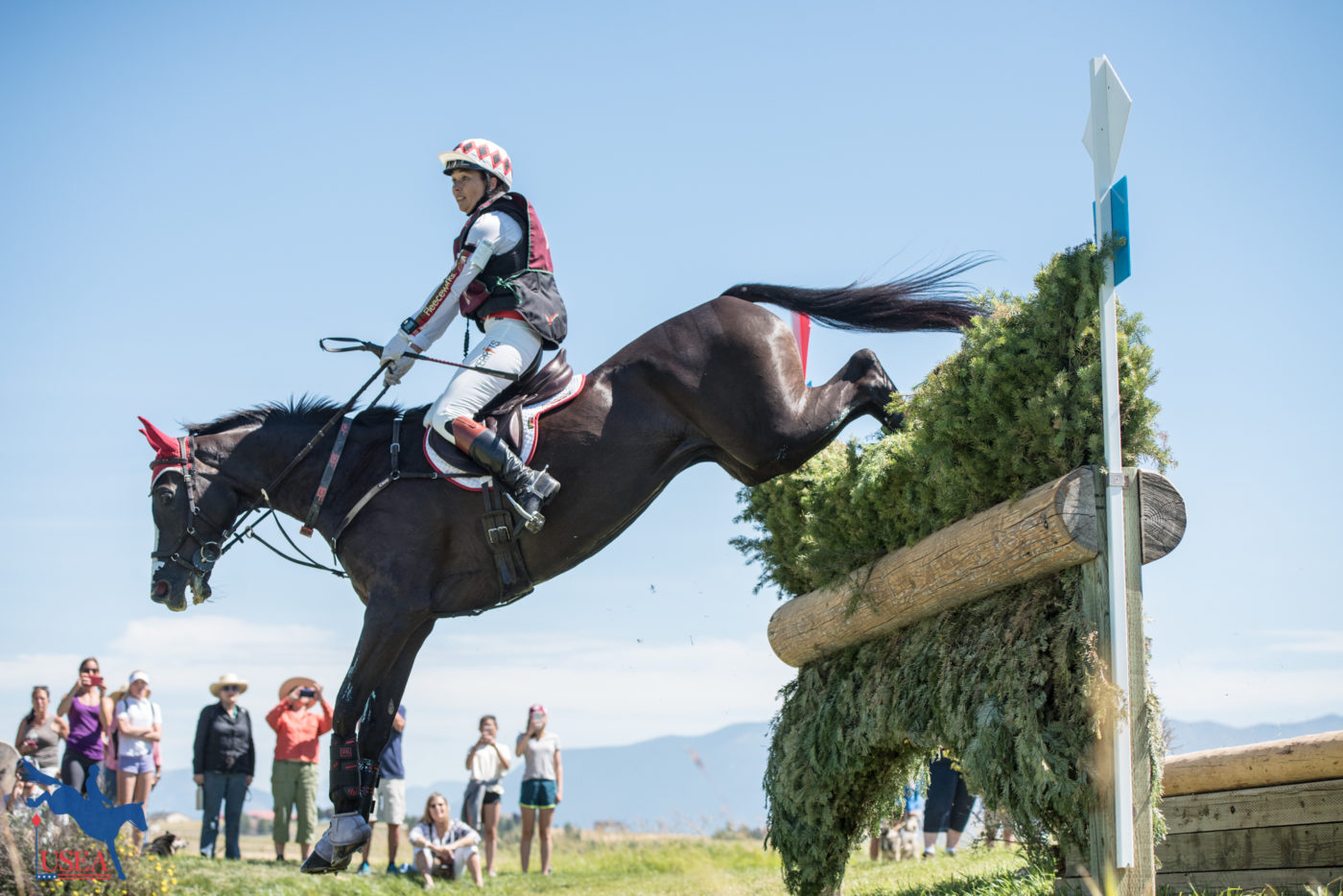 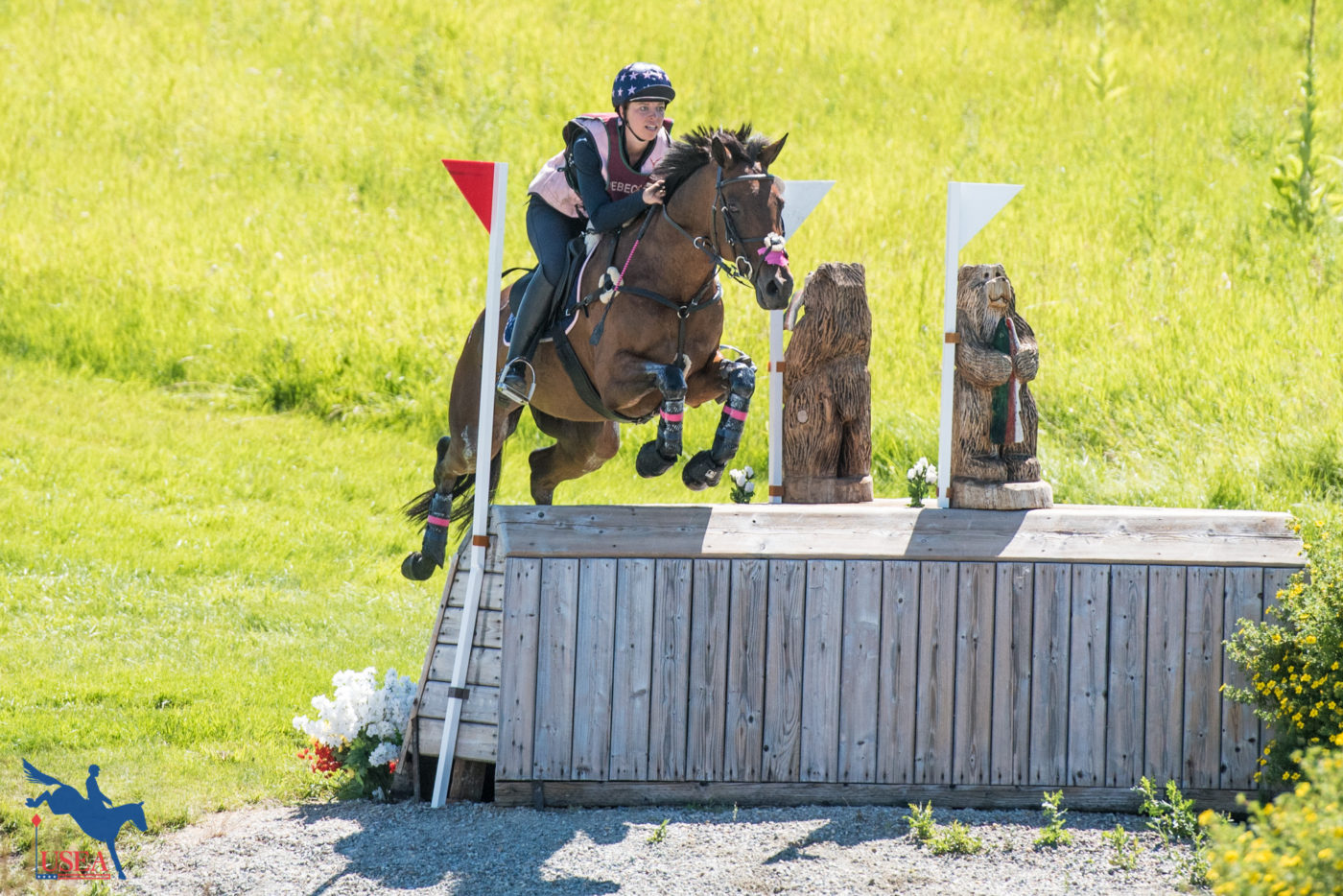 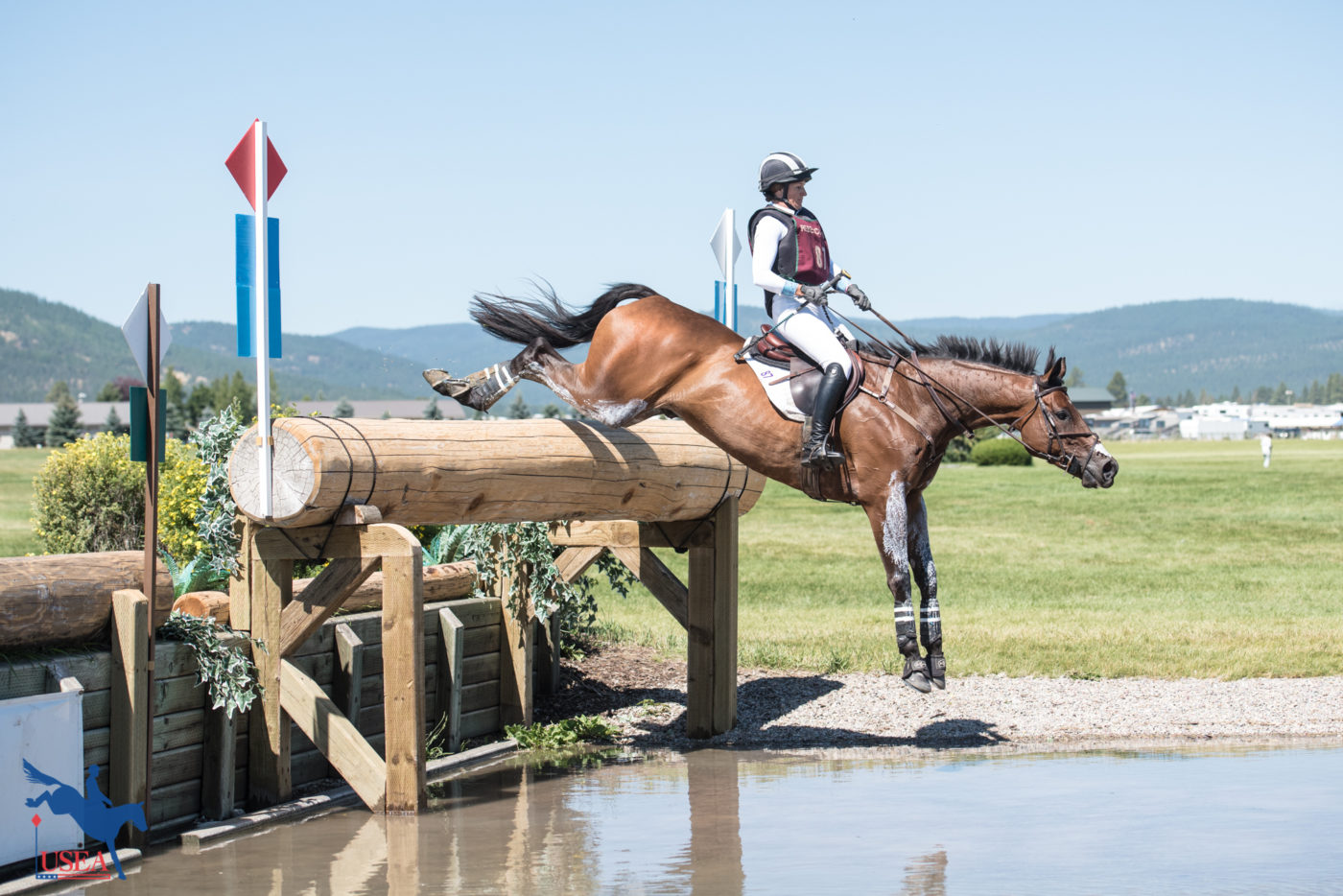 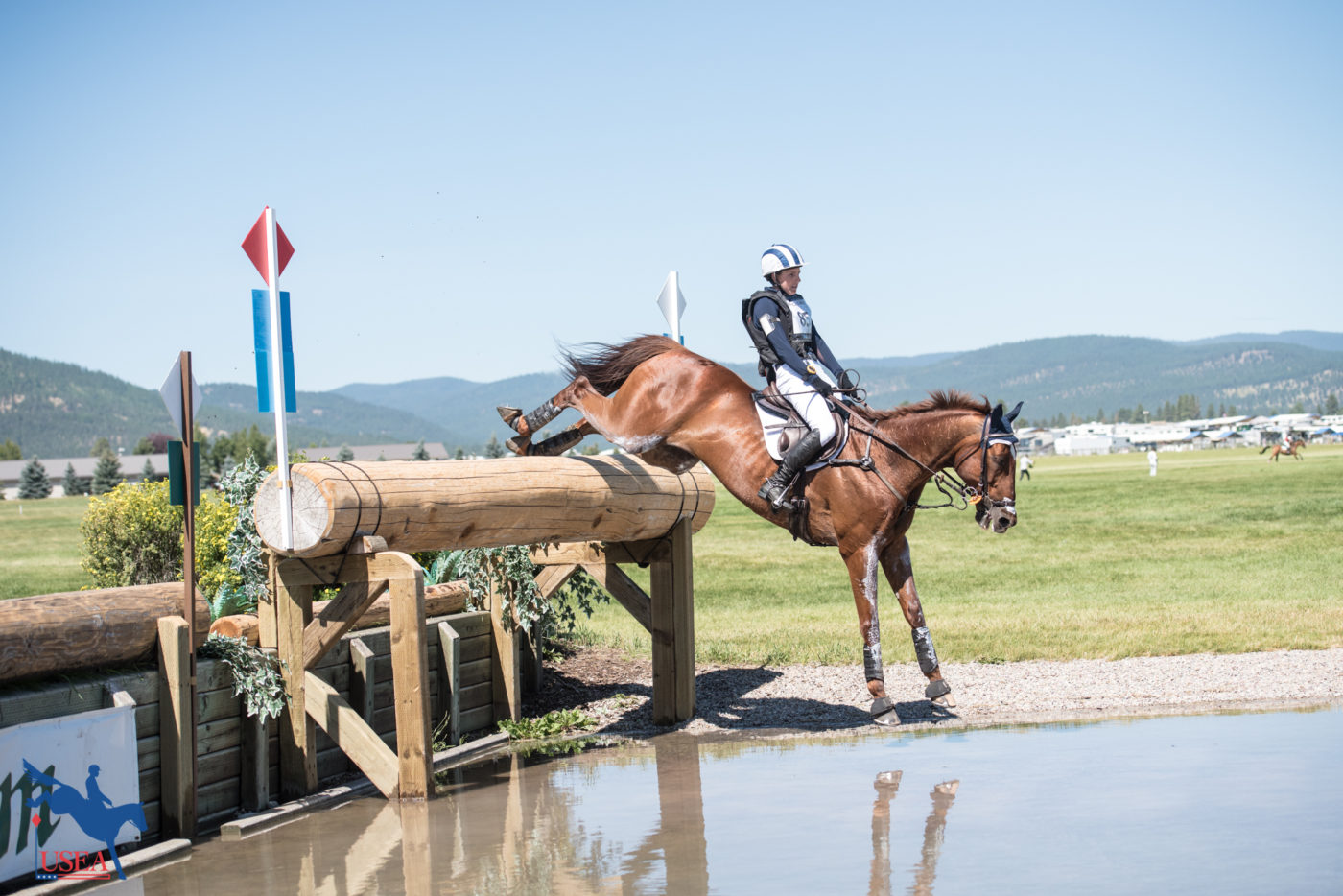 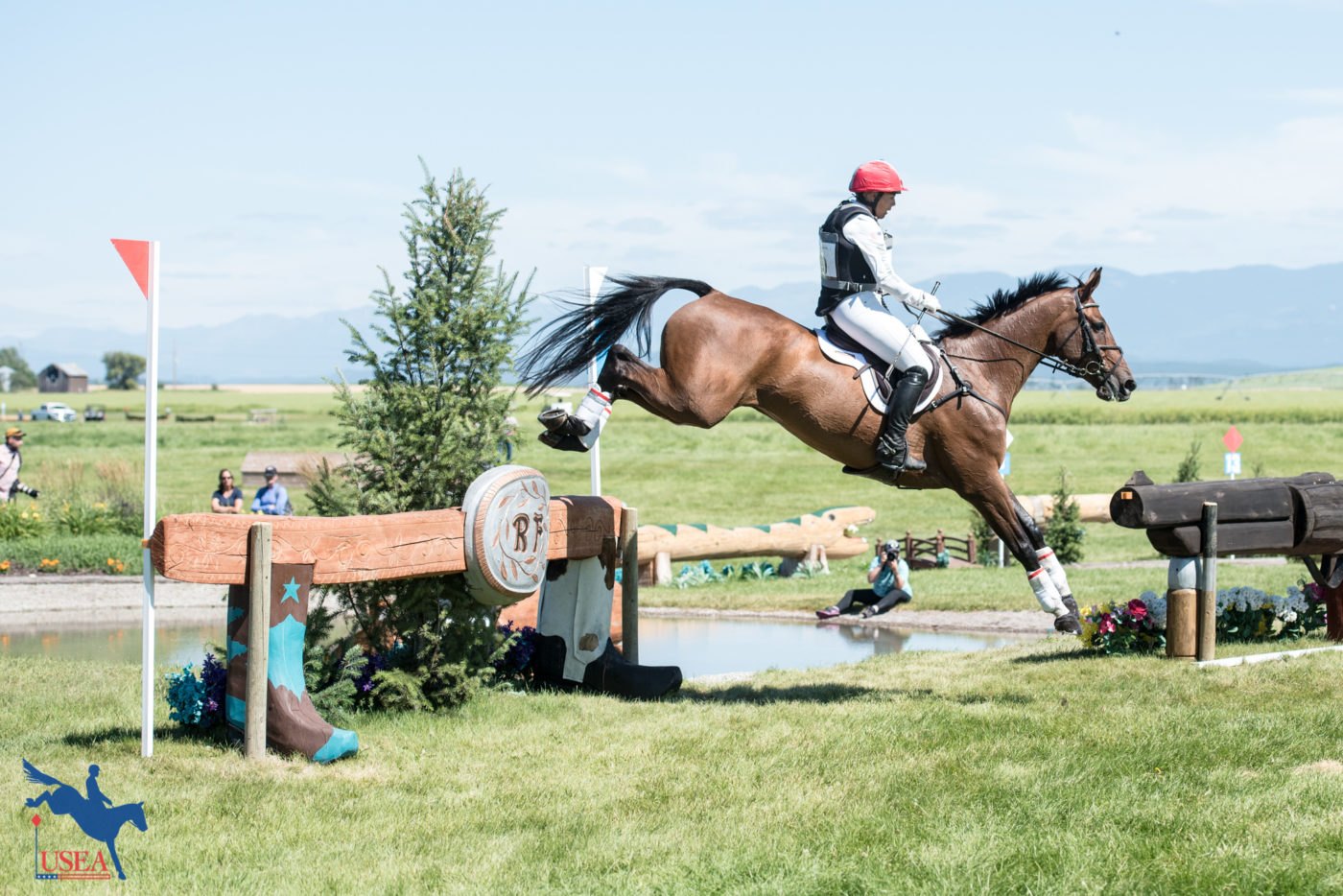 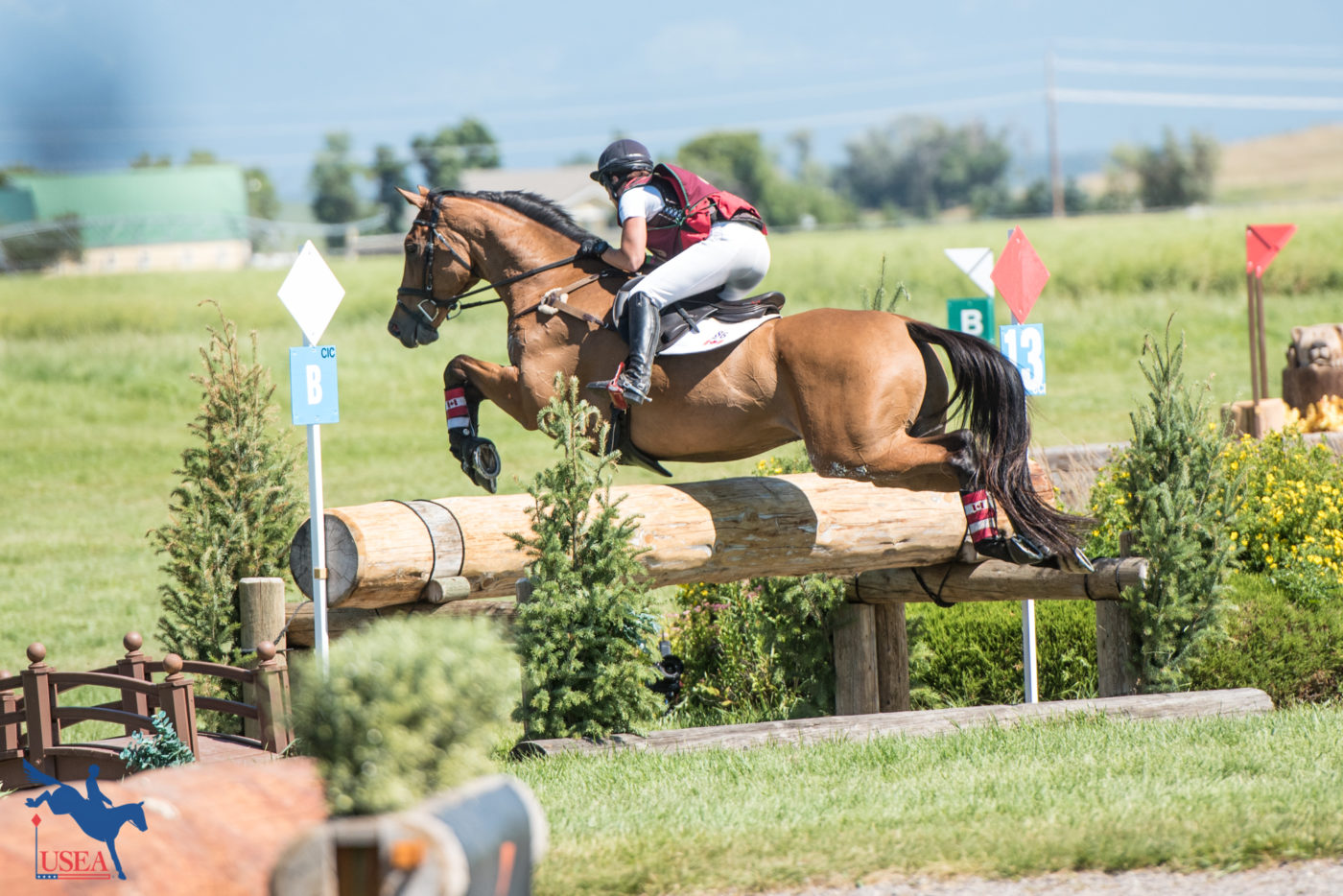 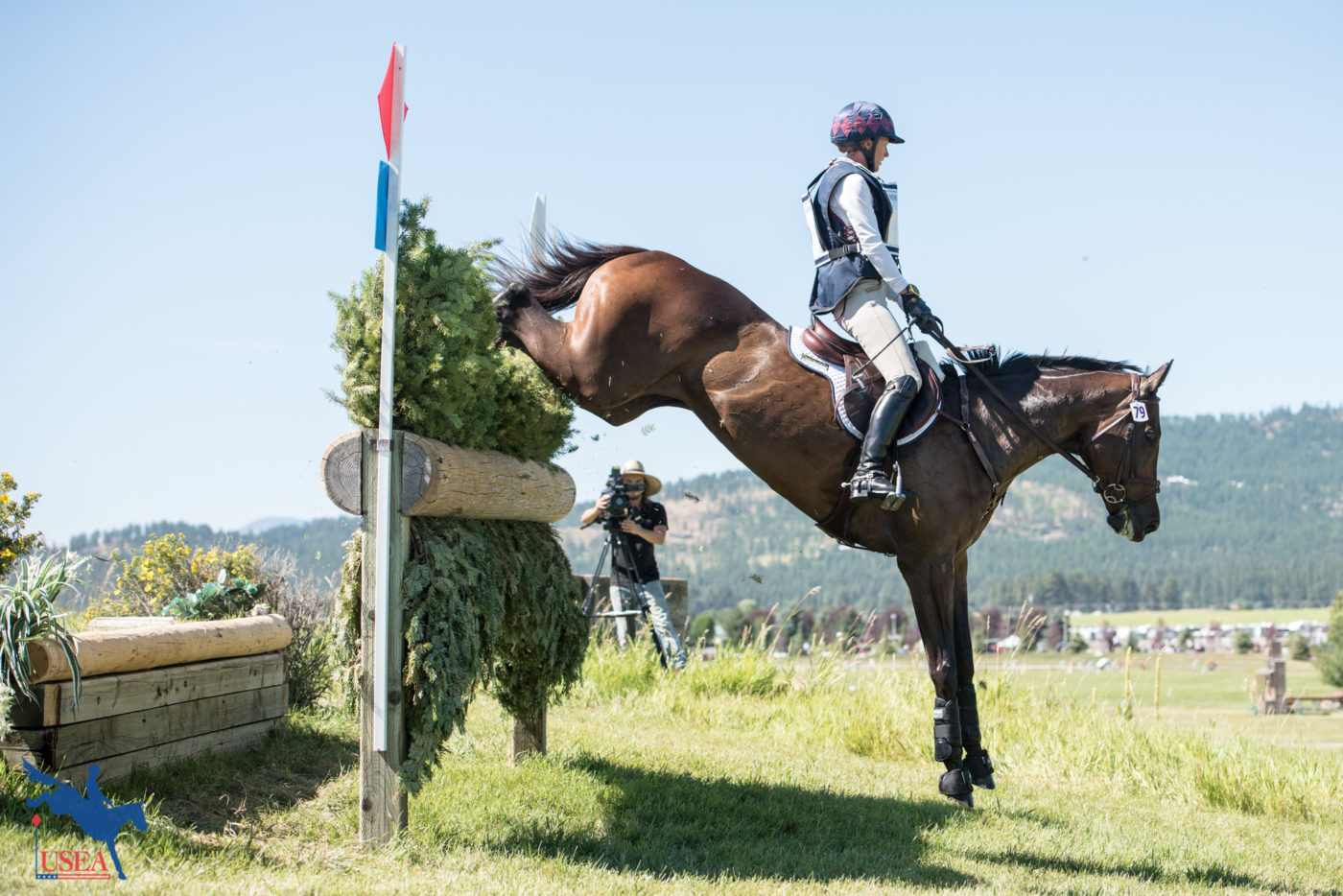