Kim Severson was the only competitor that had a rail in hand over the person below her on the leaderboard, but she didn’t need it as Cooley Cross Border jumped a flawless double clear round to stay on his dressage score of 20.8. Only 14 of the 56 pairs jumped clear and inside the time over Marc Donovan’s Adequan USEA Gold Cup CIC3* track at the Carolina International CIC and Horse Trials in Raeford, N.C.

Even more impressively Severson jumped the round aboard the Cross Syndicate’s 11-year-old Irish Sport Horse gelding (Diamond Roller x Whos Diaz) without even walking the course. “I thought I was supposed to jump at 4:00 this afternoon, so I was on my way out on my young horse, and Tim Bourke was like ‘you are jumping now,’ so I was like you mean in the two-star? He said 'no, in the three-star.' So I didn’t get to walk, which is fine for me – probably better. It was a lovely course. I thought the horses jumped well out there. They always do such a good job presenting it out there.”

A snow day and no course walk may just be Severson’s new key to success. “He did jump very well! He likes to show jump,” she explained. “I have ridden with Erik [Duvander] a few times now and for me he is really good because he doesn’t try to change too much. I have been struggling more in the dressage recently, but today he came out really well. As far his jumping goes we don’t mess with that part too much – that is just who he is.”

With the FEI World Equestrian Games (WEG) being held in the U.S. this fall the pressure is on for many of the riders, but Severson isn’t letting it get to her. “I am just trying not to fall off or do something stupid,” Severson said when asked if she was working toward the WEG. “He is understanding a lot more this year. He is a lot stronger. I don’t think it is any different for me. I can’t curtail my plan based on getting there. When I go have to go. I can’t go slow here and fast there. When I get on him I have to go and do it.”

Fernhill By Night did add one time penalty to his dressage score, but Liz Halliday-Sharp is taking all the fault. “Because I tend to look after him as he likes to be ridden a certain way [the time penalty was my fault] and sometimes I do a little bit too much organizing, but he jumped really well and I was happy,” Halliday-Sharp said.

The 15-year-old Irish Sport Horse gelding (Radolin x Argentina XII) isn’t Halliday-Sharp’s only mount on the top of the leaderboard as her younger horse, Deniro Z is in fourth after jumping a double clear. “Deniro was great. He is obviously a lot greener than Blackie, but he really tries and really jumps. I probably could have ridden him a little better. I got long in some places because I was chasing the time a bit. I can’t fault him. He tried so hard and is turning into a really amazing horse. I am excited about him,” she said of the Deniro Syndicate and Ocala Horse Properties’ 10-year-old KWPN gelding (Zapatero VDL x Zonne-Trend).

Like Severson, Halliday-Sharp agreed that Donovan’s course was top-notch. “I thought it was a great course. It was tough. It had a few lines that tempted you into riding a certain way and caught people out. He always builds a really good course, and he always makes the time tight which forces people to get out of their comfort zone which is good.”

Lynn Symansky moved up from sixth to third on a new ride for her, Mary Ann Ghadban’s 14-year-old Holsteiner mare, Under Suspection (Contender x Noamagic I). Symansky just took over the ride from Hannah Sue Burnett in January, but didn’t let their new partnership stop her from having a clear round.

“She was good – it was the first proper track that I have jumped with her,” explained Symansky. “I am still getting to know her. We did a few horse trials this spring in Florida, but I thought she jumped really well here, and I was really happy with her. I learn a little bit each time that I go out with her.”

Taking over a ride on a horse that has had so much success at the top isn’t easy, but Symansky is working on just doing the best job she can with the horse. “Hannah has been great about giving me advice because she knows the horse better than anyone. Working with Erik [Duvander] helped a lot this spring and jumping a bit with Richard [Picken] as well. It is just putting everything together on a horse that is trained by someone else and trying to get on the same page.  She goes quite differently than the other ones I have in the barn and it’s been good because I have learned how to ride a bit differently and adapt to the way she needs to be ridden. She is a little bit older so you don’t want to jump her legs off figuring out the ride on her so it is just taking it week by week.”

Before jumping clear with Under Suspection, Symansky piloted her longtime mount, Donner, to a beautiful round, but unfortunately cantered right by fence 11. “He was awesome,” said Symansky of the Donner Syndicate’s 15-year-old Thoroughbred gelding (Gorky Park x Smart Jane). “The horse doesn’t know [he was technically eliminated]. I pinched a nerve in my neck this morning and was really struggling in my dressage ride this morning [on RF Cool Play] and I was relieved that Donner was jumping that well because I was in so much pain that I just went right by it. I had no idea until I went through the finish flags and it was really quiet. I was really up on my time when I crossed the finish flags, and when looked at my time I knew where I shaved off a few extra seconds! I am kicking myself, but at least better to get it out of the way here than Kentucky or somewhere else. The horse jumped great. It was just a bit of a brain fart."

The CIC3* riders head out to tackle Ian Stark’s cross-country course tomorrow and the reverse in track has all three top riders agreeing that it will definitely be a fitness test, hard to make time, and not for ditch-y horses!

“I think it is a tough course,” said Halliday-Sharp. “I think the time will be really tough, and I will have to put the pedal down if I want to finish somewhere.”

“I think it is large,” said Severson. “I mean it is always big here. There are a lot of ditches. He is normally good with things like that. I think it is going to be more of a fitness test than it has been in the past.”

"The course looks good." said Symansky. "It looks a little more challenging in being a fitness run being reversed because it climbs uphill more. I am not going for time because this is my first real proper round with [Under Suspection] and it isn’t wise to try to go out for the win on a horse that you have never really done that level before. I think time will be really hard to make for those going for time. It is definitely an Ian track – you definitely wouldn’t want a ditch-y horse or one that has a problem with hanging rails!

While the CIC3* riders were show jumping the other Adequan USEA Gold Cup division, the Advanced, was taking their turn in the dressage arena. Boyd Martin and the Long Island T Syndicate’s Long Island T, a 12-year-old Oldenburg/Throughbred (Ludwig Von Bayern x Hauptsbuch Highlight) are on top with a 25.2. Kristen Bond and Enough Already, a 10-year-old KWPN mare (Zandora x Landor S) owned by Liz M Bond, sit in second on a 28.10 and Buck Davidson rounds out the top three with a 30.5 aboard Park Trader, Carl and Cassandra Segal’s 16-year-old gelding (Master Imp x Ballyhast Polly). They too will head out on cross-country tomorrow before rounding out their weekend with show jumping on Sunday. 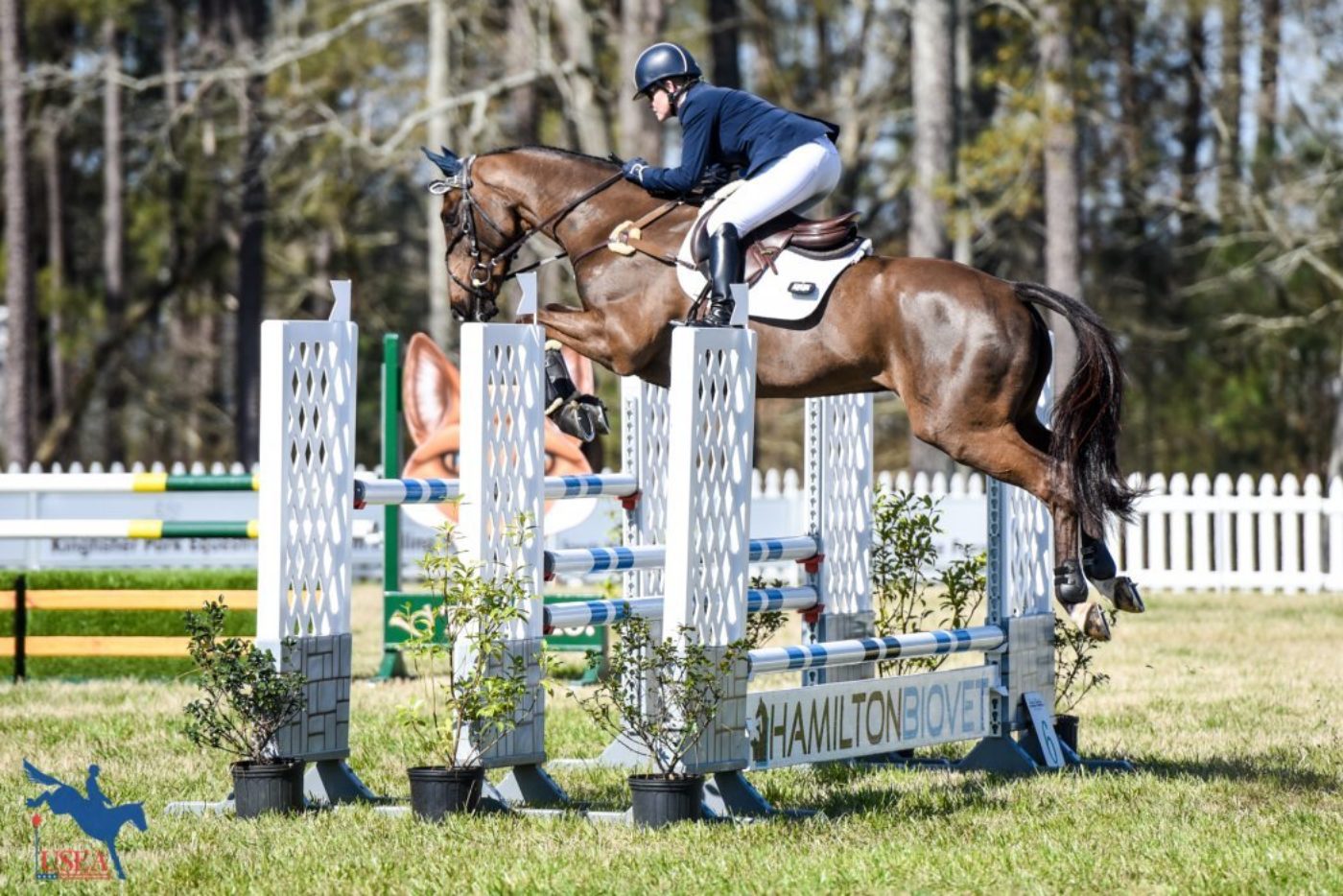 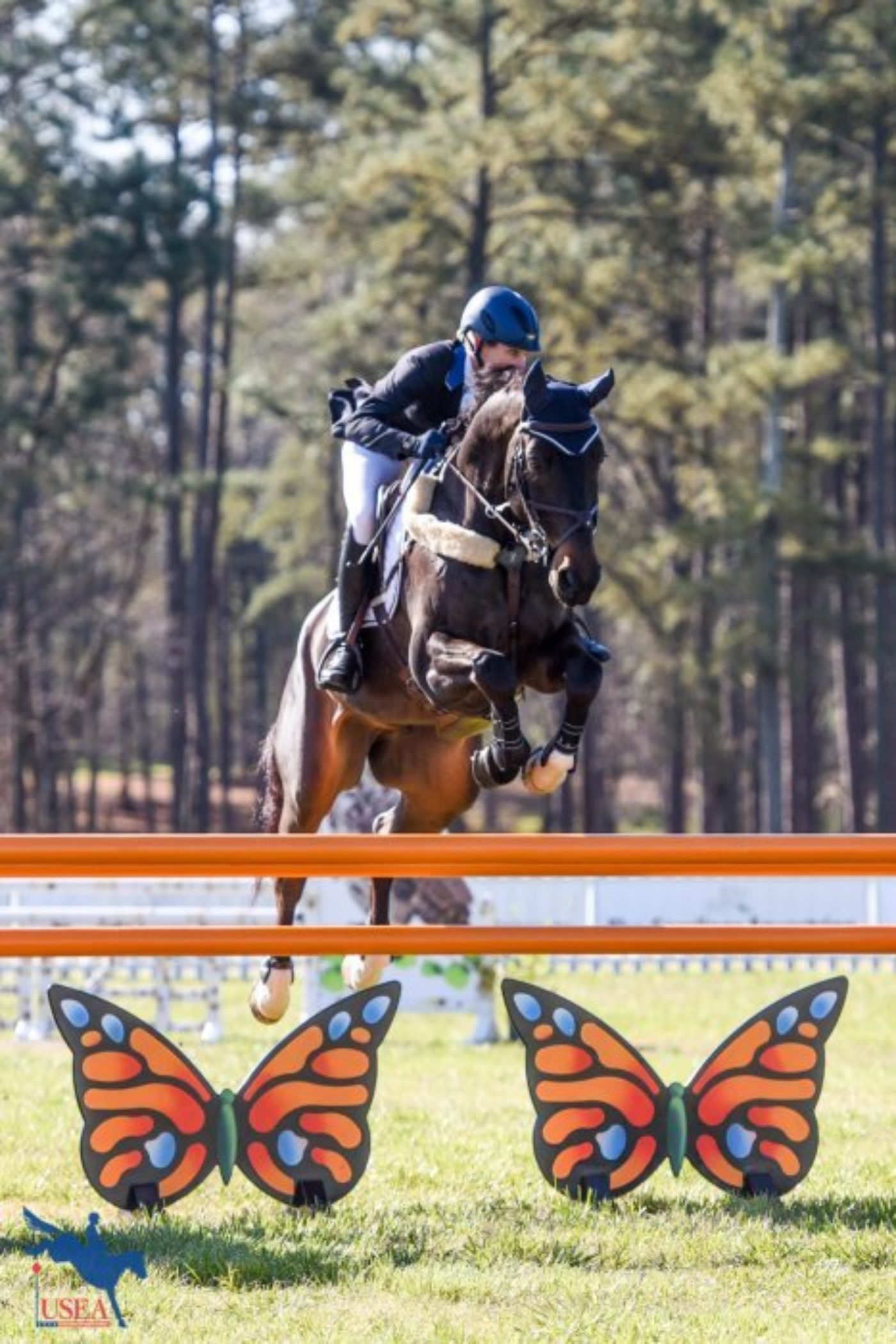 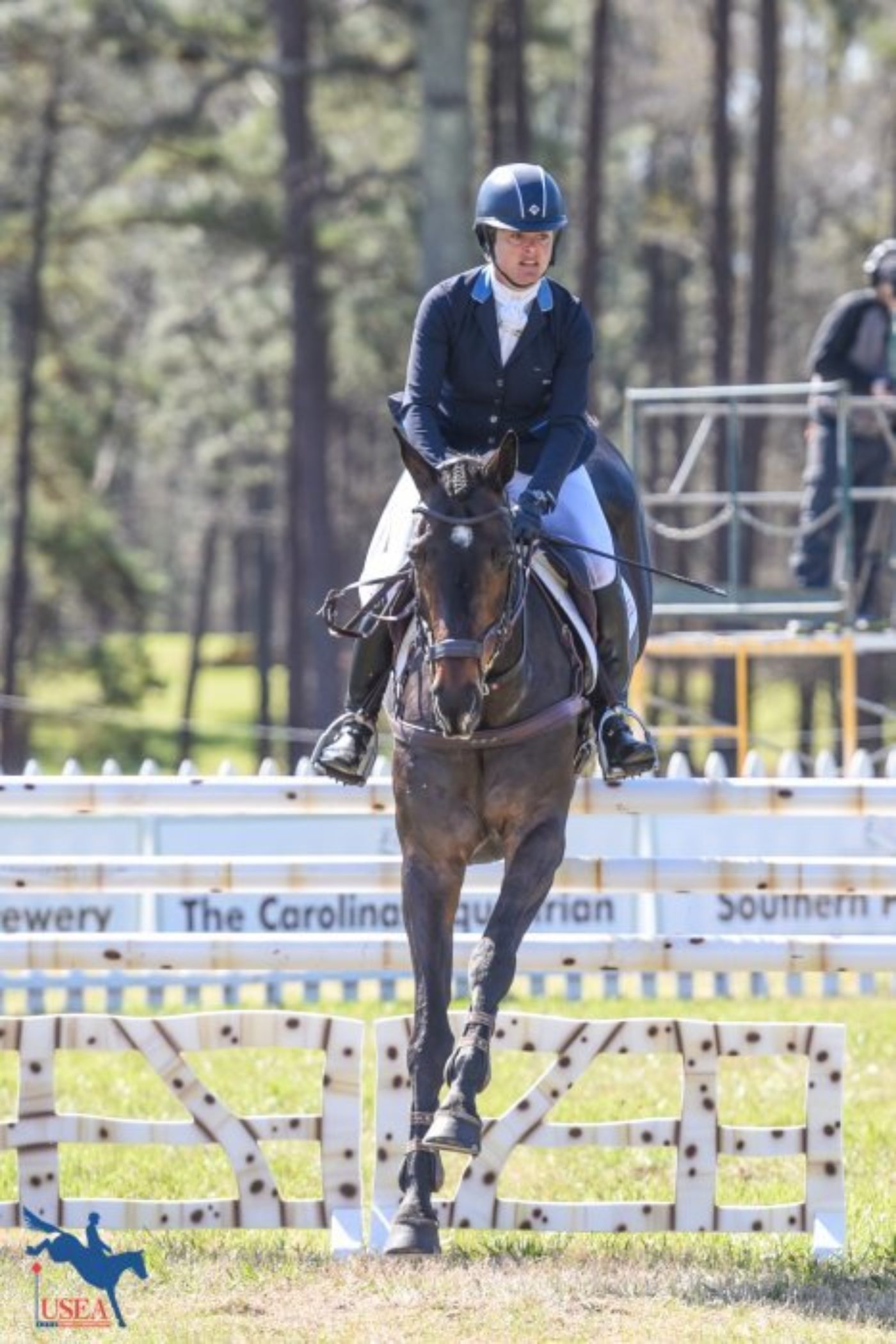 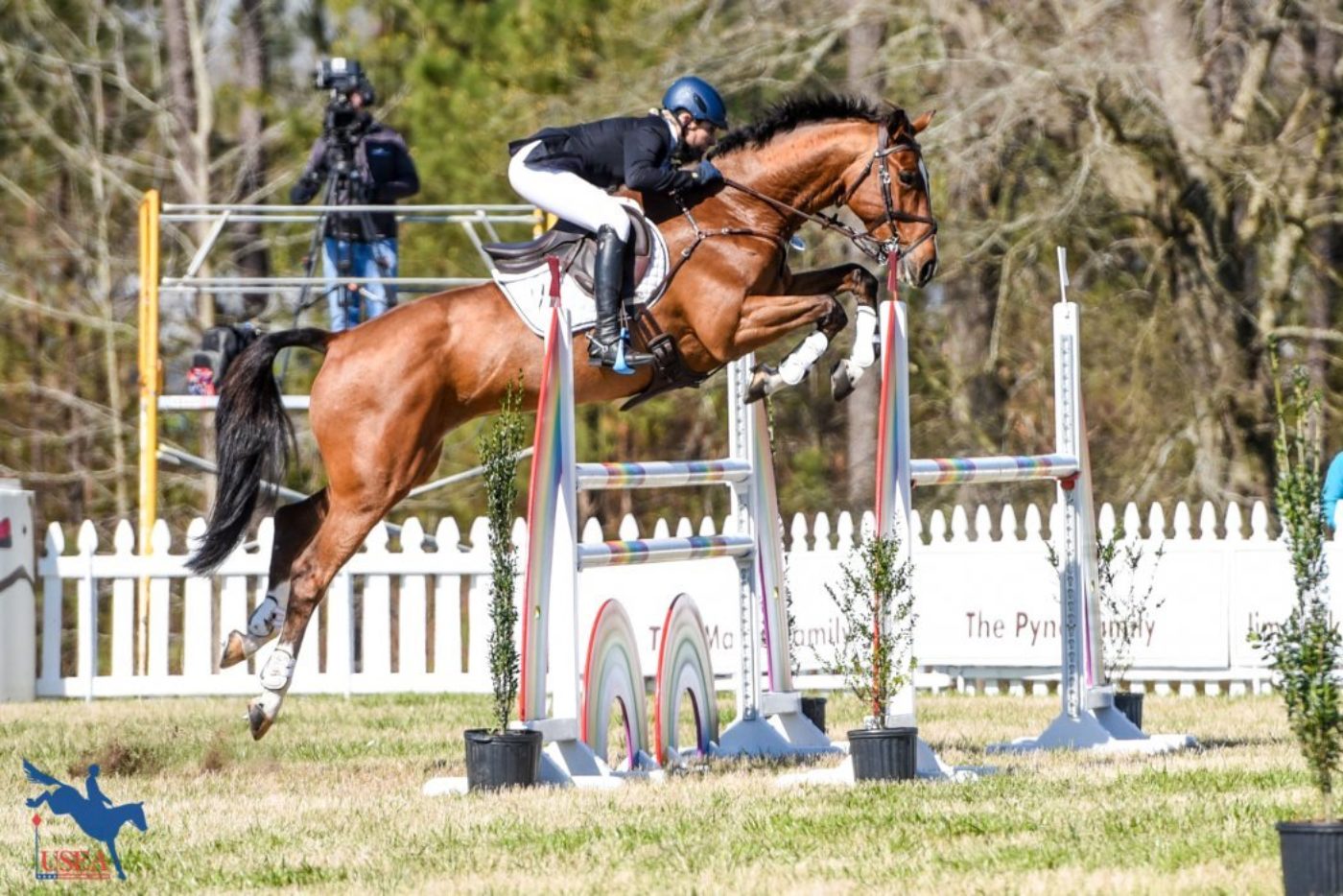 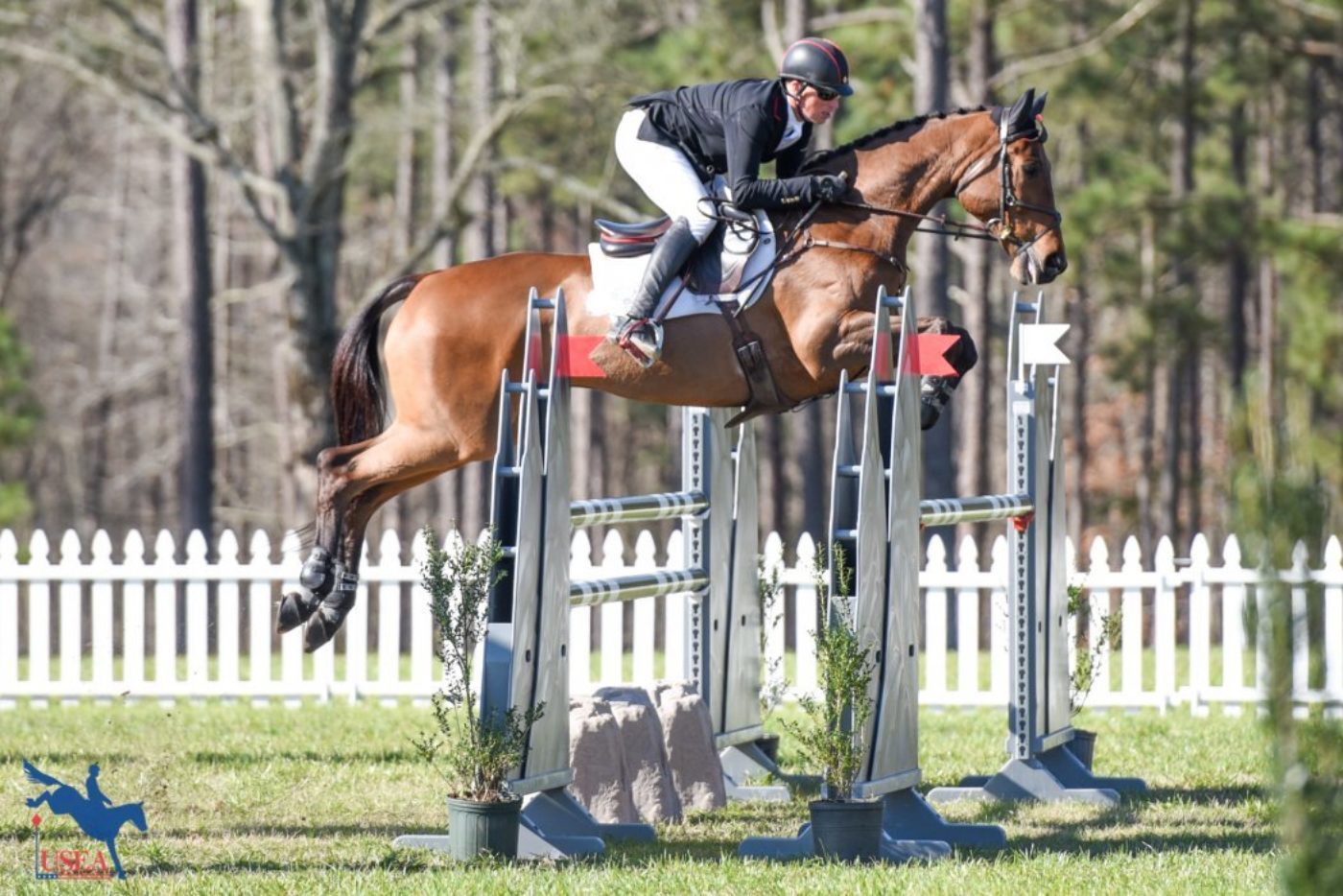 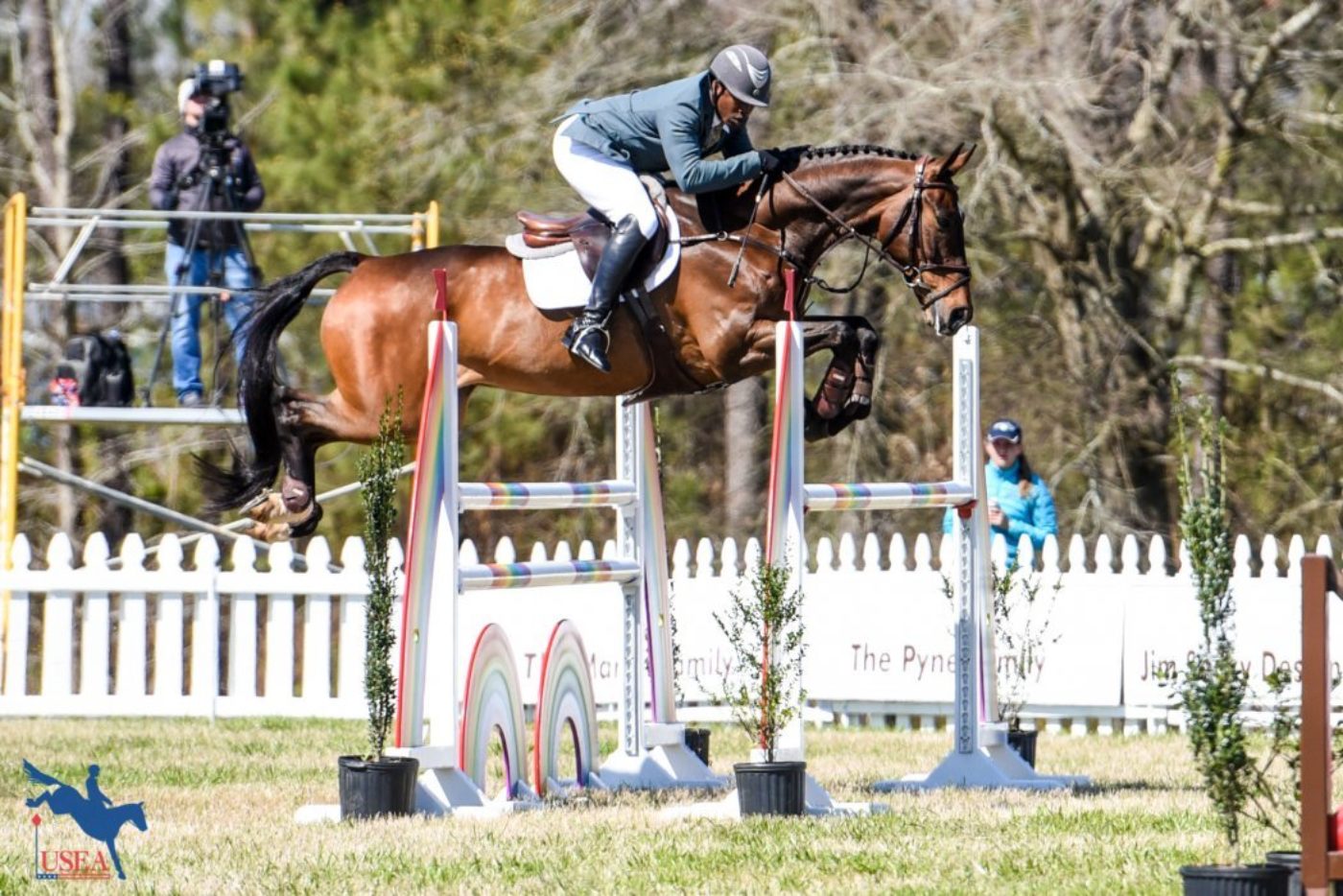 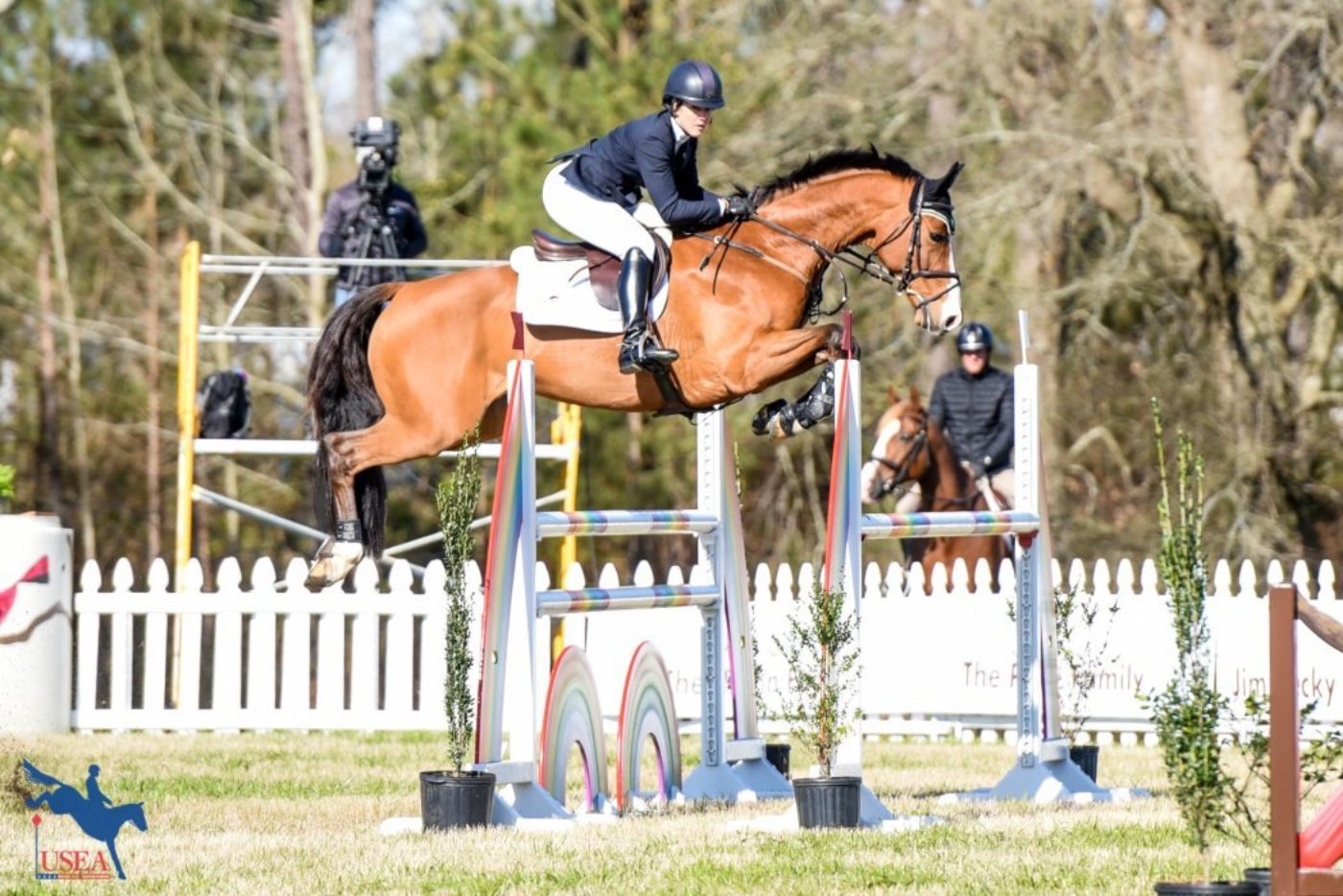 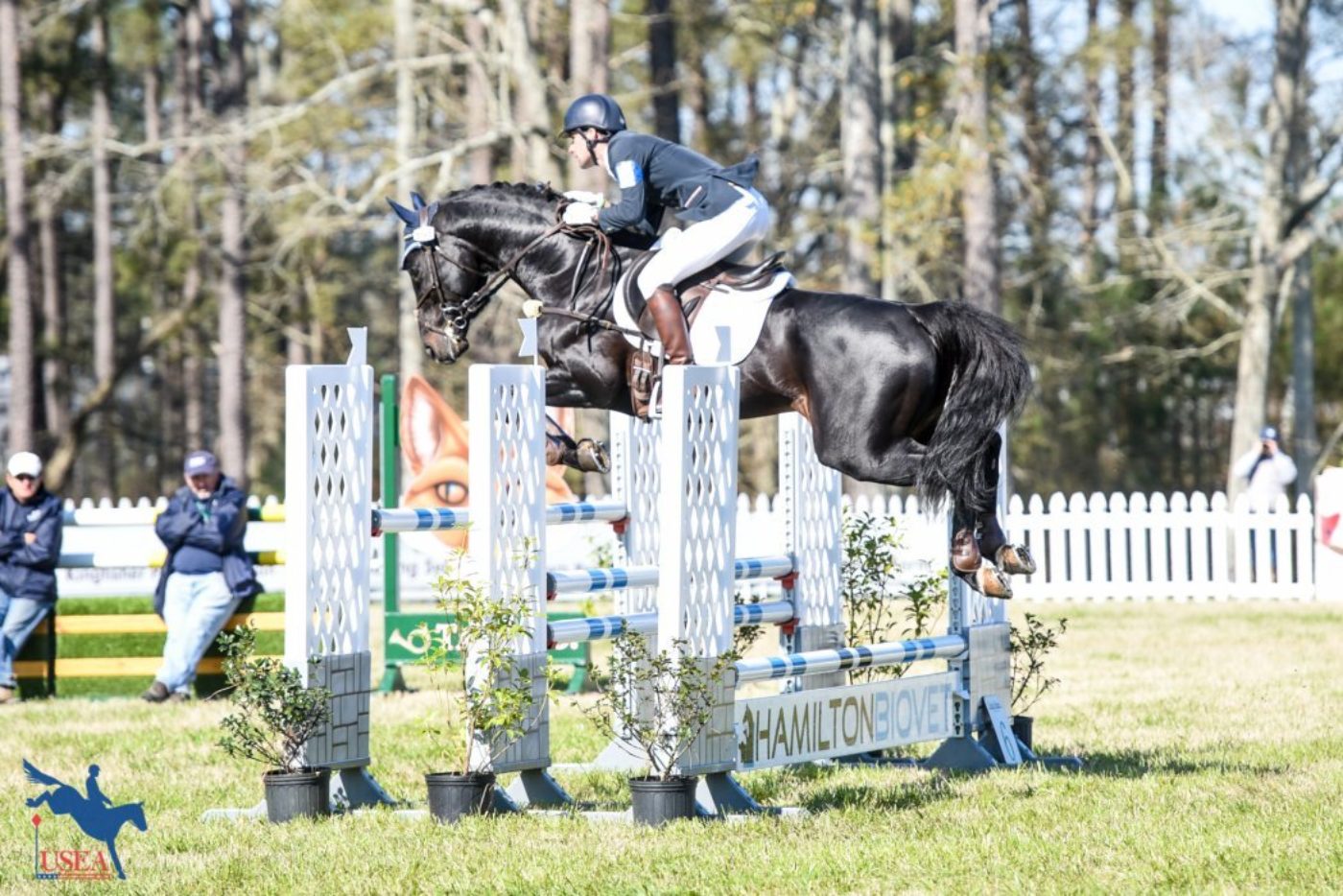 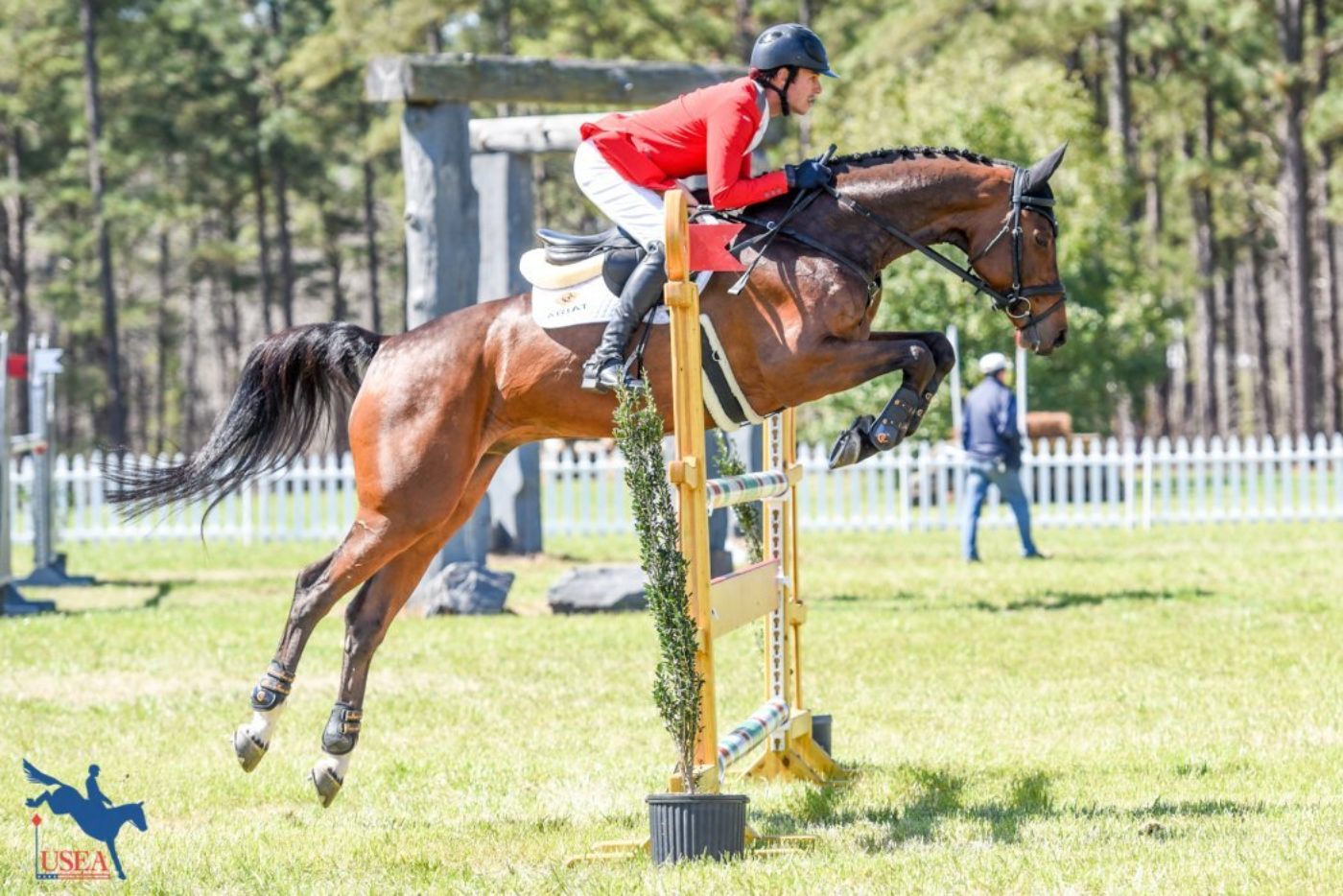 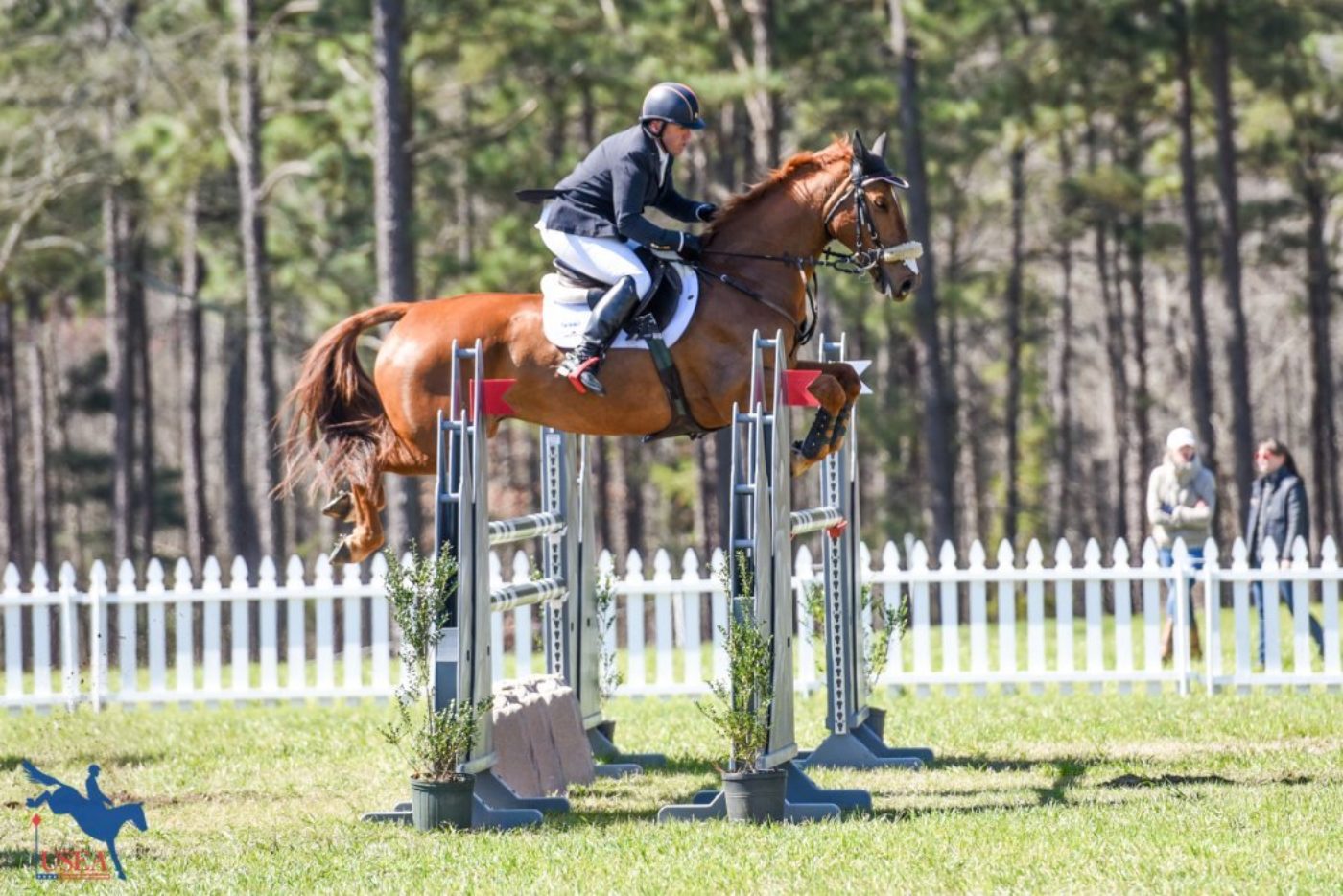 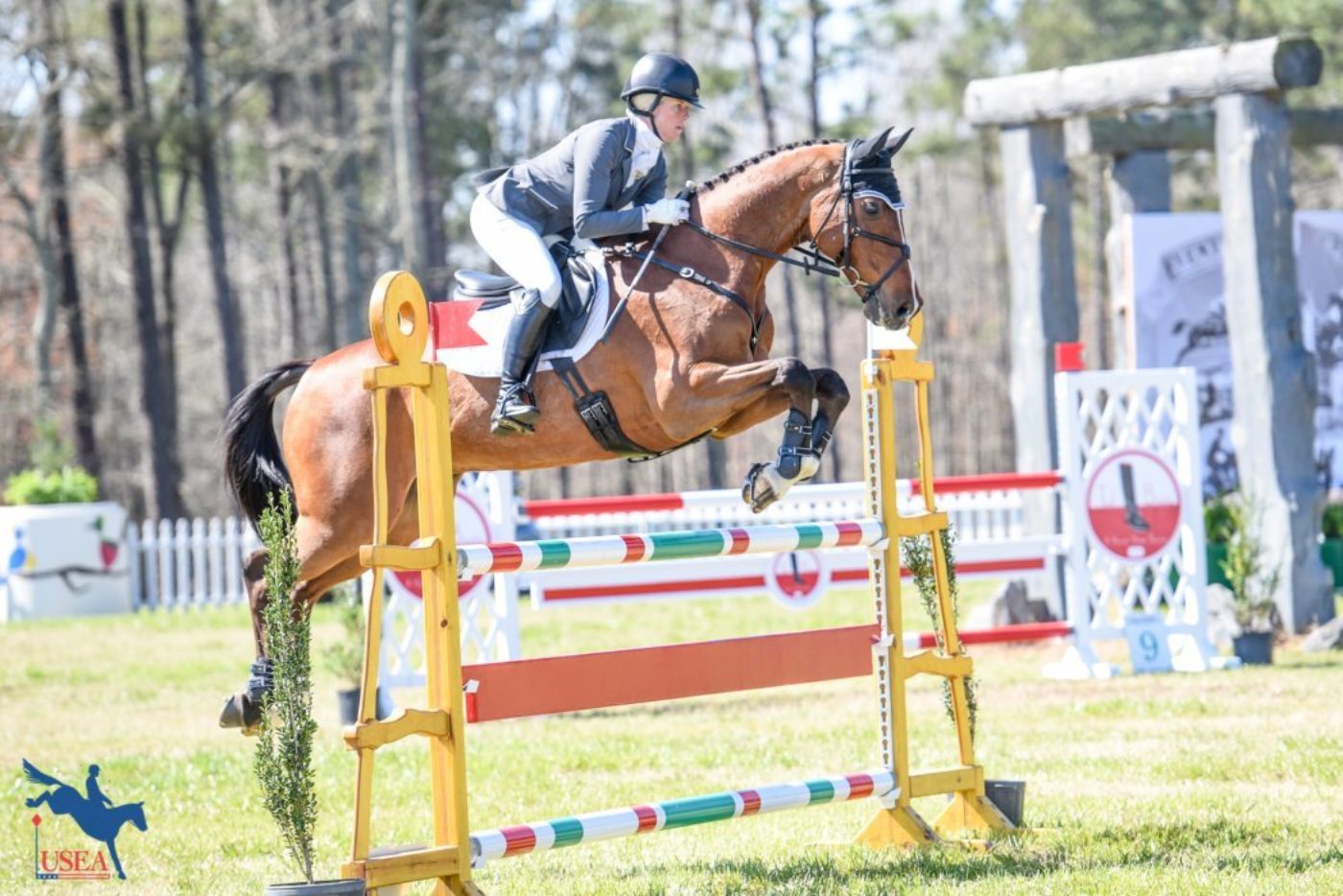 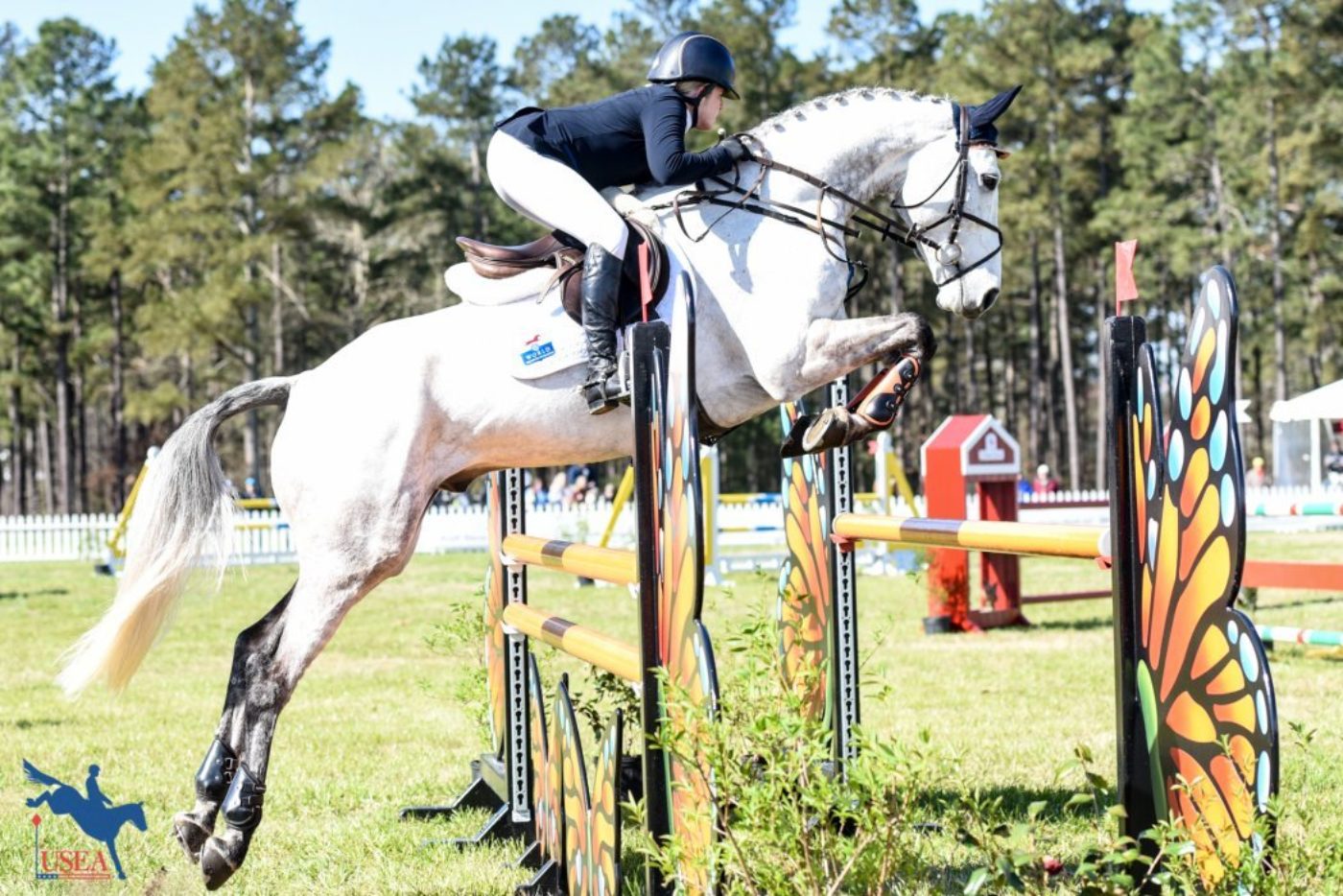 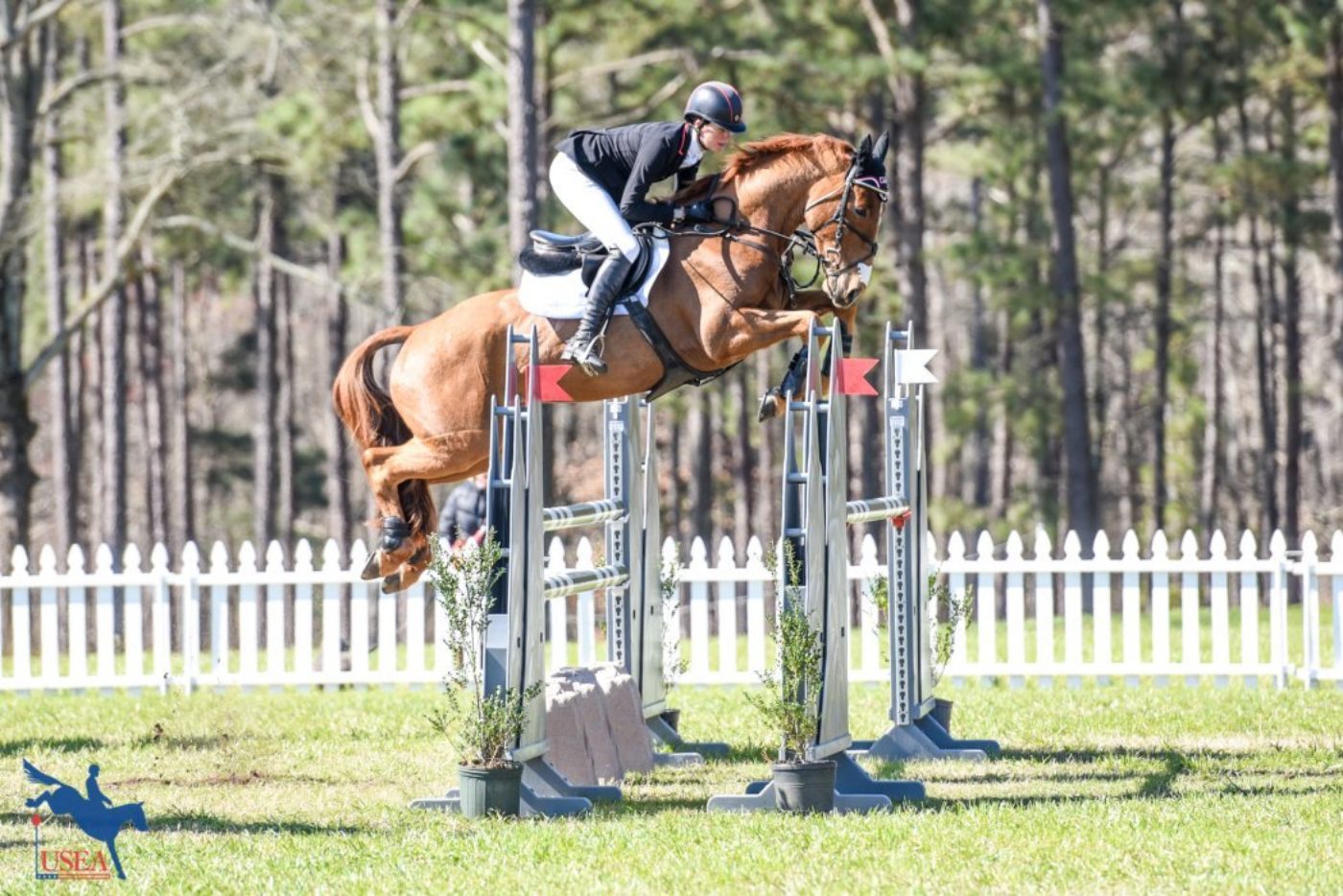