Phoenix Takes Back the Lead in Great Meadow International CICO3*

It was an exciting evening of show jumping in the Fleming Farm Arena as riders tackled Marc Donovan’s course in the same order that they entered the sandbox for the dressage phase. Jessica Phoenix and Don Good's Pavarotti (Pavarotti van De Helle x Fidelia) jumped double clean early in the order of go and retook the lead when Phillip Dutton and I’m Sew Ready, the last pair to enter the arena, pulled a single rail to drop down to second.

“I’m just really happy with him,” Phoenix commented about the 15-year-old Westphalian gelding. “He came into the ring and he was relaxed in the atmosphere, which there was quite a lot of today. I thought it was a super technical course, it asked a lot of questions from the riders and the horses and I was just so thrilled with the way he handled himself today.”

When asked about her expectations for tomorrow, Phoenix said, “Last year and the year prior the time has been quite difficult to make, so I think there will be a lot of people pressured on the clock. I think it’s going to take a lot of smart riding, using the gallop lanes where you can, and making sure you take the time for the combinations when they come up.”

“I think he’s going to be really ready to run tomorrow,” continued Phoenix. “It’ll be his first cross-country back since Rolex. He’ll probably be thinking these jumps are smaller, but I think the technicality of it is right up there alongside Rolex. I think he’ll be pretty excited to get out there.”

Phillip Dutton and I’m Sew Ready (Lupicor x Jarda), Kristine Norton’s 13-year-old Dutch Warmblood gelding, pulled a single rail, adding four faults to their score and putting them in second place behind Phoenix headed into tomorrow’s cross-country. “It’s a great course for this time of year,” commented Dutton. “Obviously a lot of the horses are coming back and aiming for the end of the year so it’s not over the top, but it’s a good challenging course. The footing should be good and there’s a lot of up-and-down, small turns, and undulations so the time won’t be easy to get.”

Jan Byyny and Inmidair, her and Jo and Richard Byyny’s 18-year-old New Zealand Thoroughbred gelding, also put in a double clear round to hold their third-place position as they leave the start box tomorrow morning.

The United States FEI Nations Cup™ team will maintain the lead overnight on a score of 143.1, with the British and Canadian teams swapping places in the standings. With the second and third placed teams on 155.6 and 156.2 respectively there is still a lot of opportunity for the standings to change. “Great Britain has used the [FEI Nations Cup™] series to get exposure for the more up-and-coming riders rather than fielding their A-squads, so to have this opportunity with the team here through the National Lottery and also through the huge sponsorship from the committee here is just absolutely phenomenal,” said top-placed British rider Nicky Roncoroni. “It’s a chance in a lifetime for us because it’s not a cheap thing to fly horses and all of us could not be more grateful for the opportunity of being here.”

Competition will resume tomorrow morning at 9:30 a.m. with the cross-country phase. Spectators will have numerous opportunities to watch the riders as they navigate Mike Etherington-Smith’s sprawling cross-country track.

For those of wondering how the order of go is determined, FEI rules dictate that if a rider is competing more than one horse, he or she must ride the team horse first. Furthermore, only the top 25 percent of competitors ride in reverse order of standing. So Phoenix and Pavarotti will be the second pair out on course because she must ride her team horse first, and those riders placed eighth through second will run in reverse order of standing. 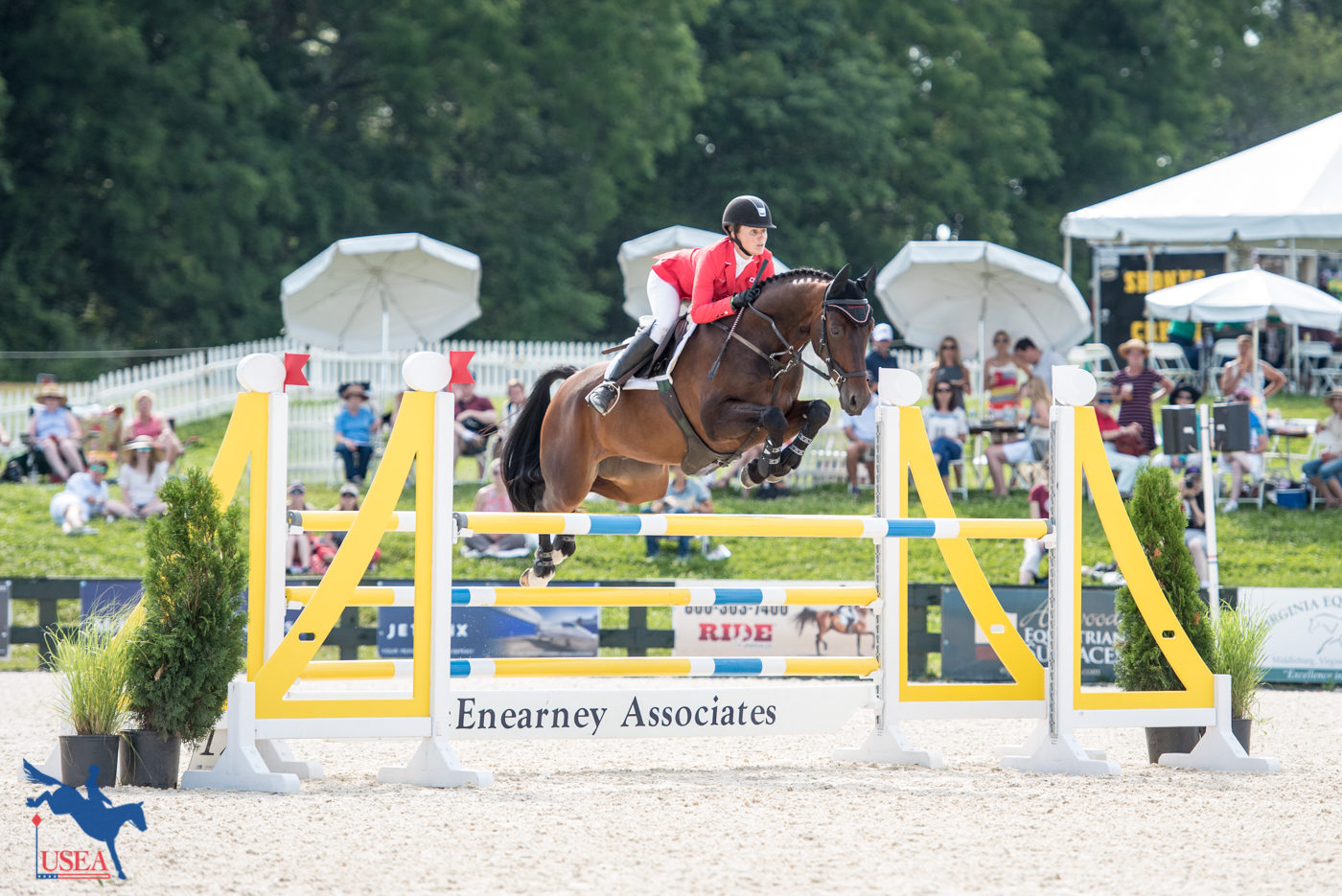 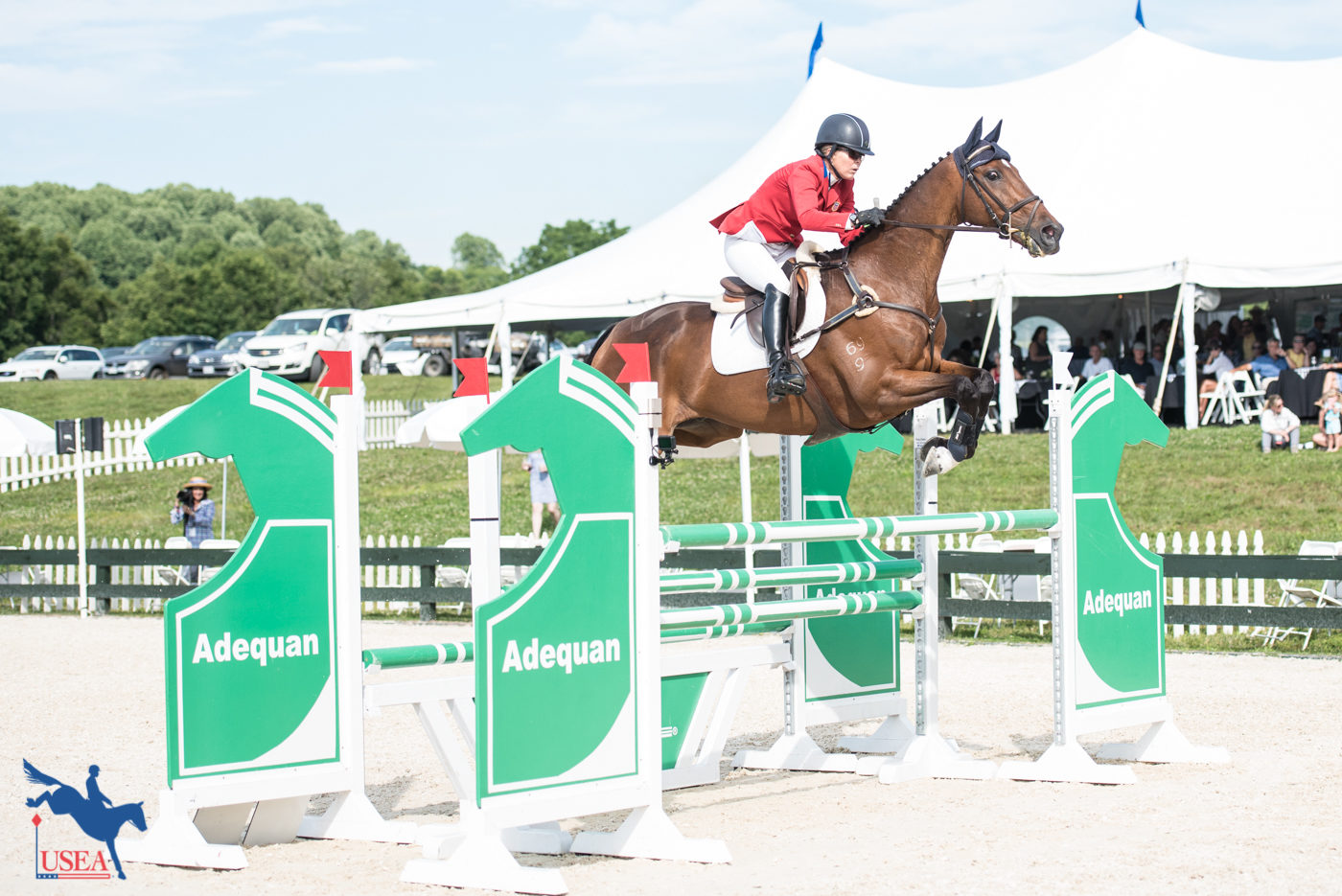 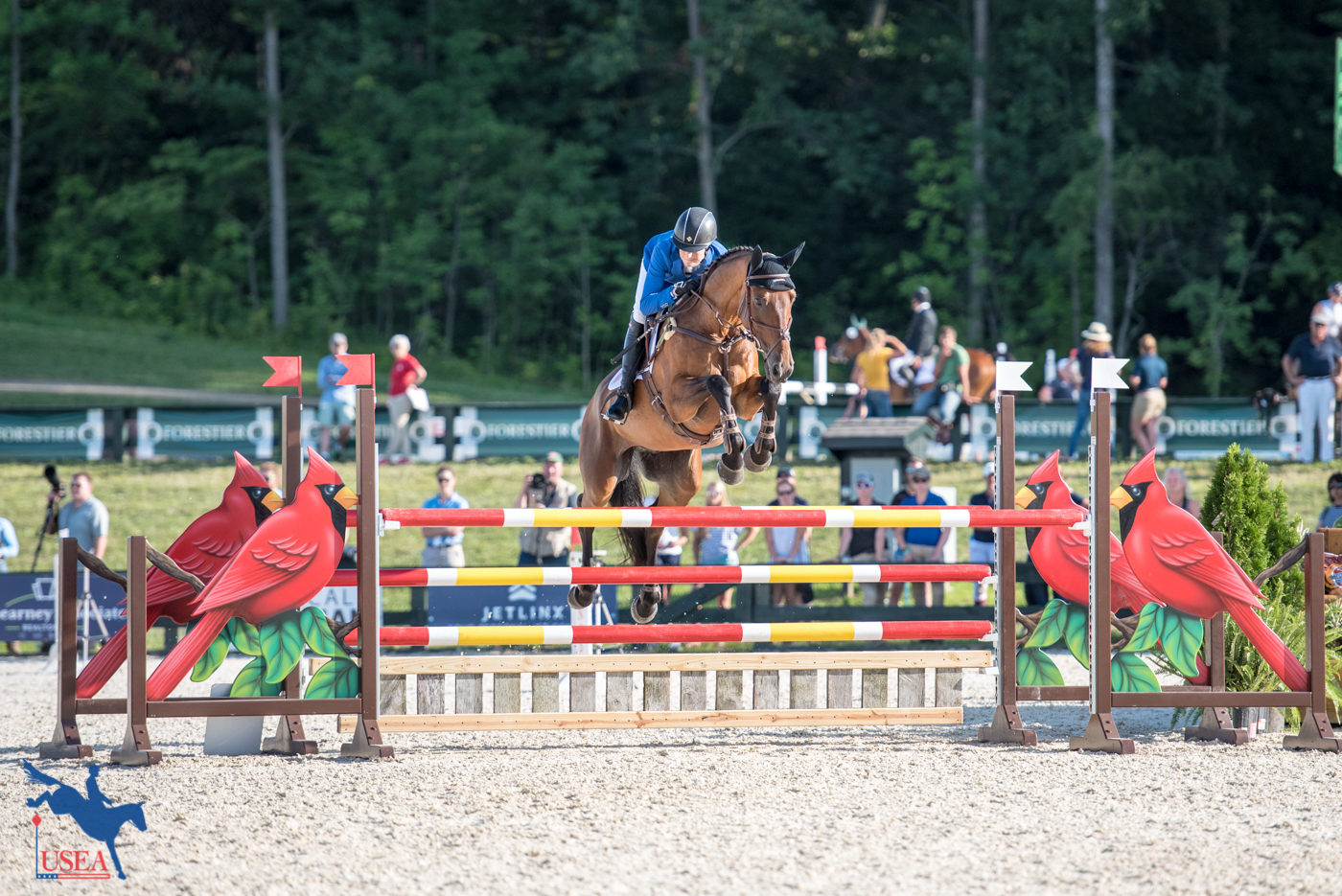 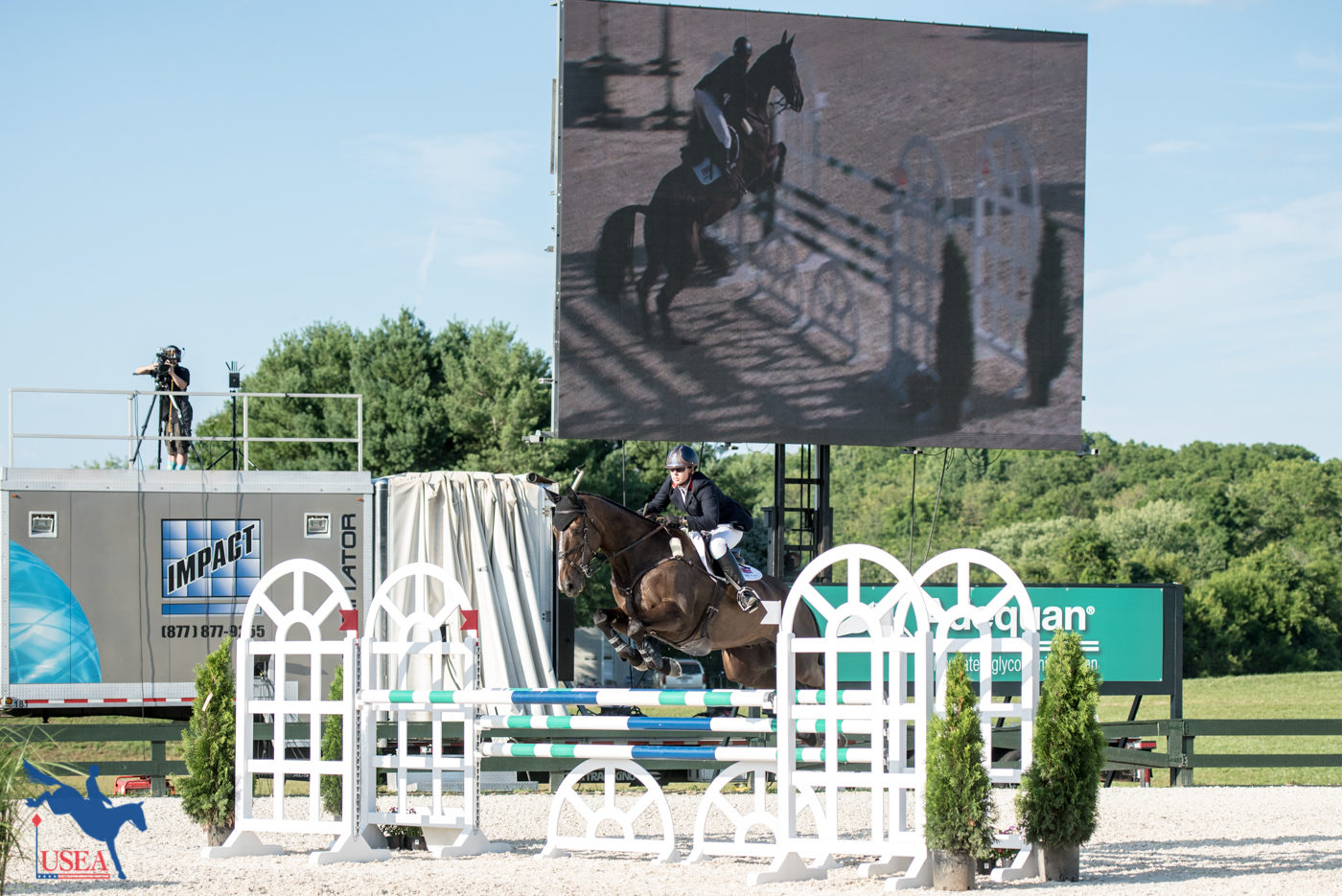 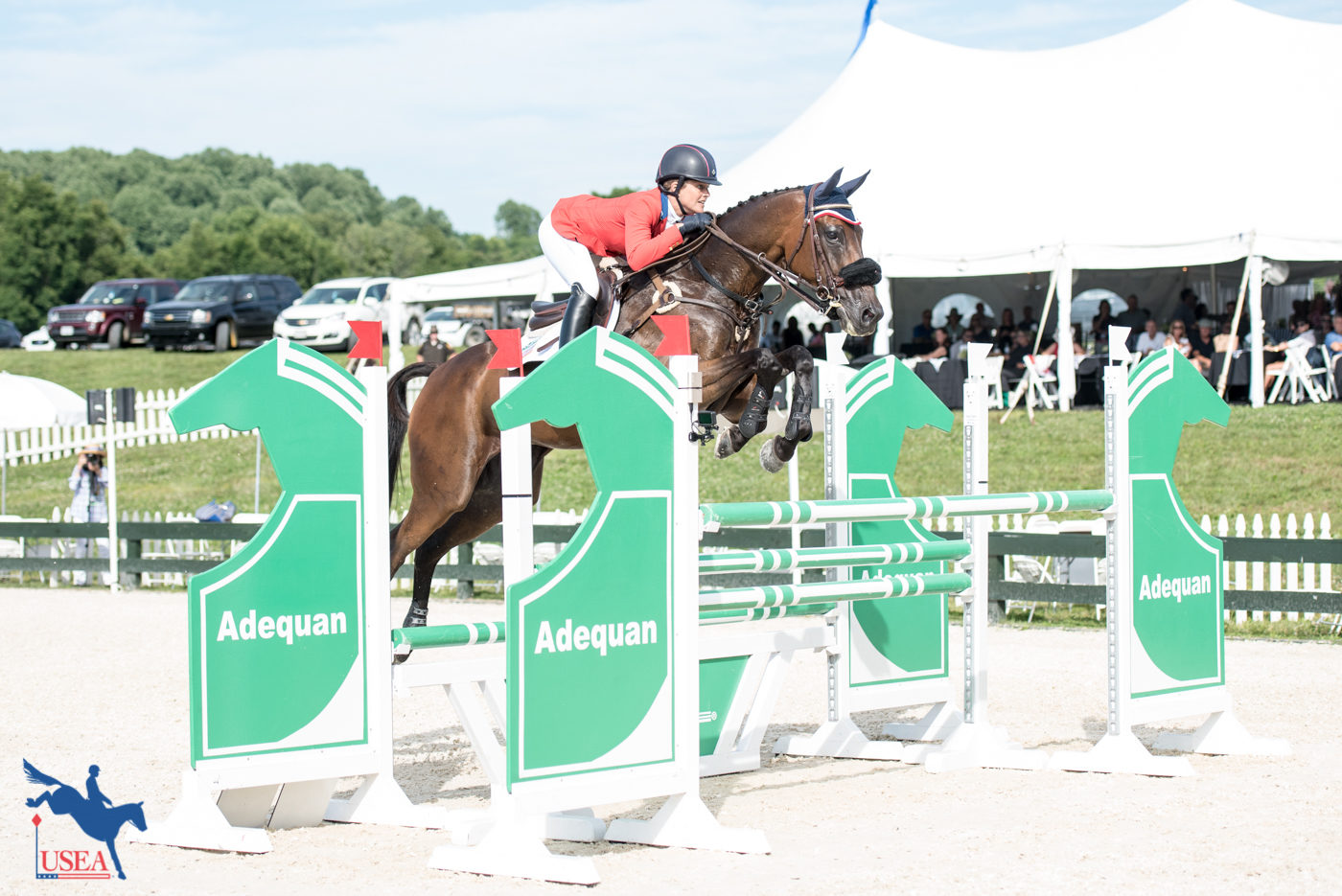 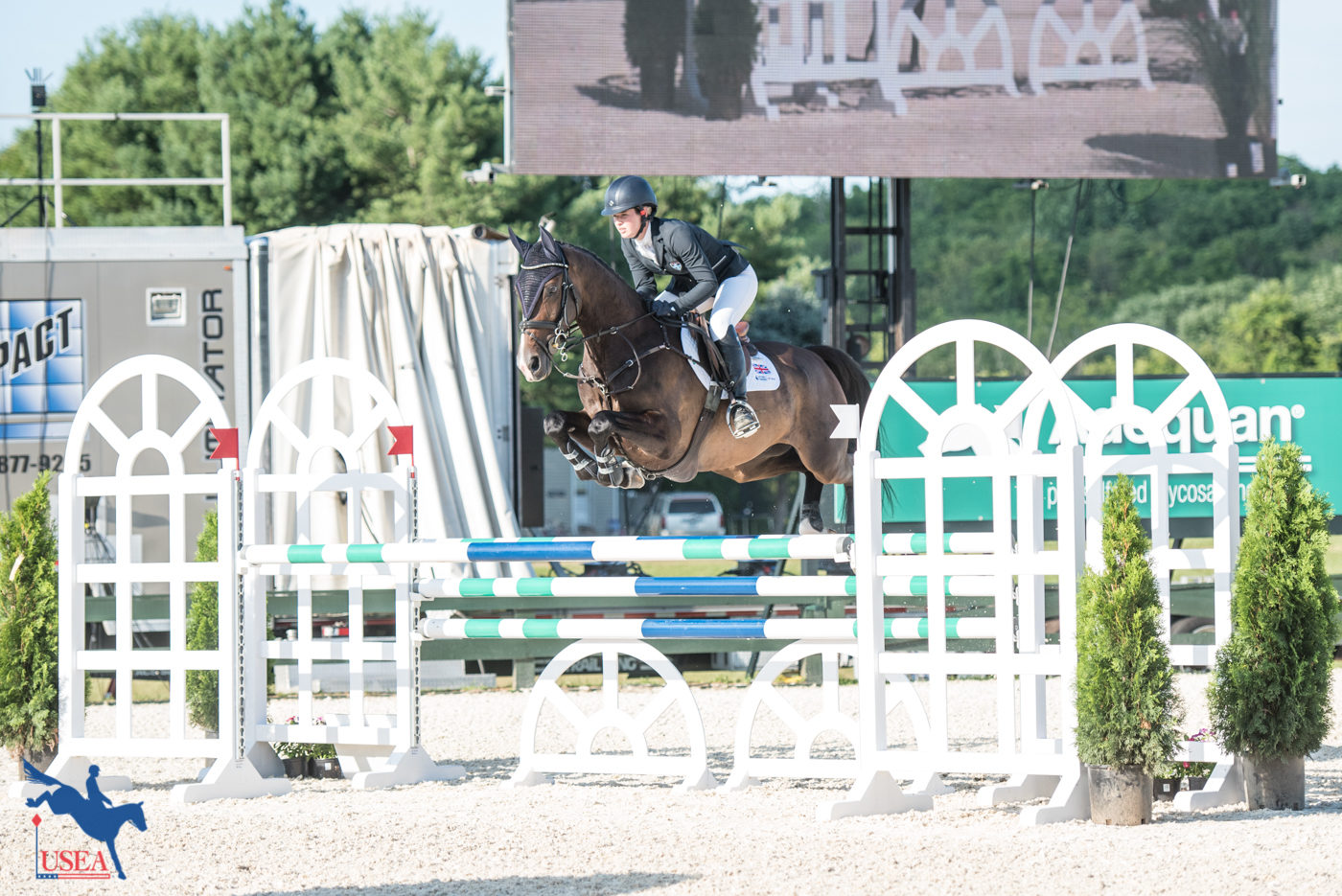 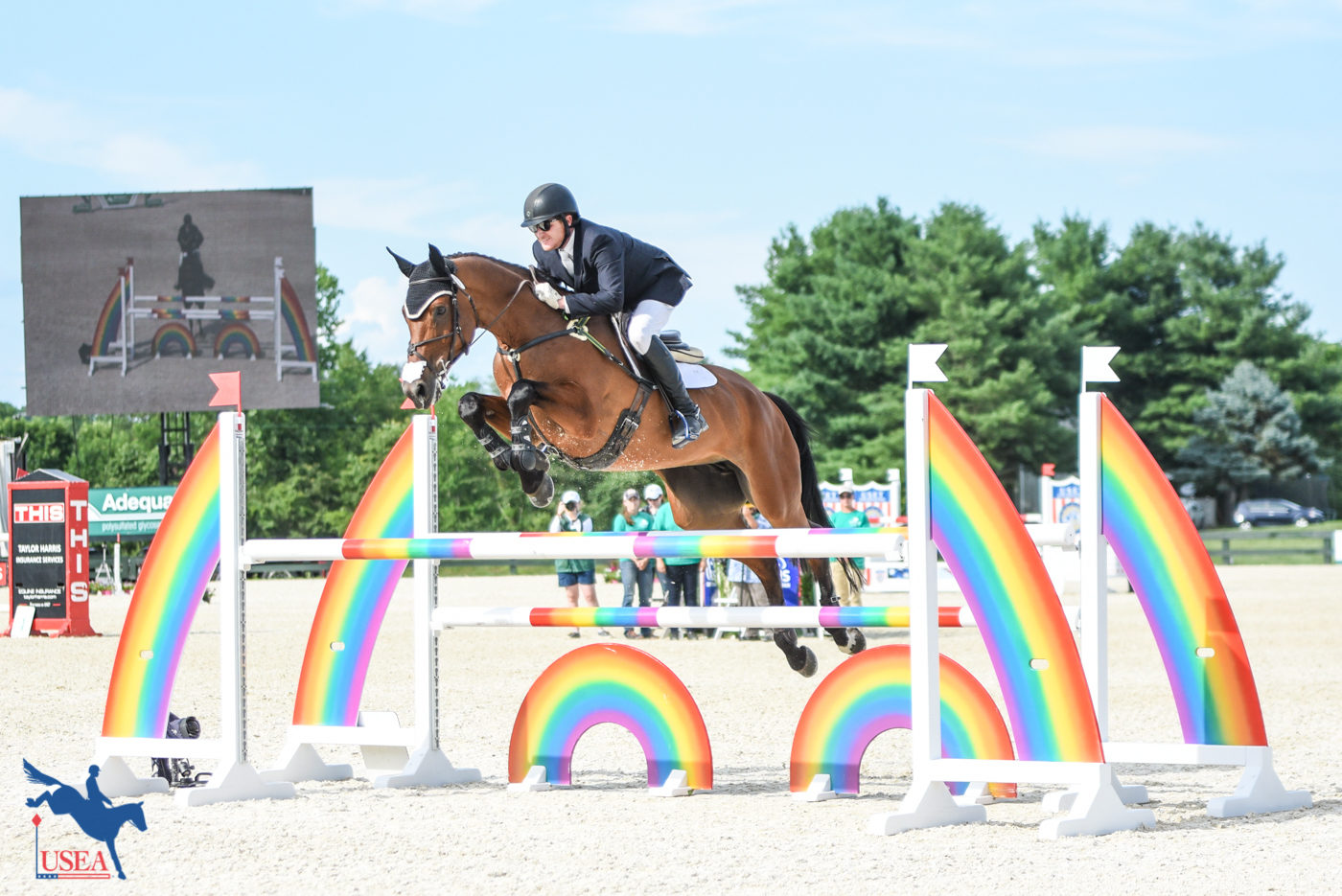 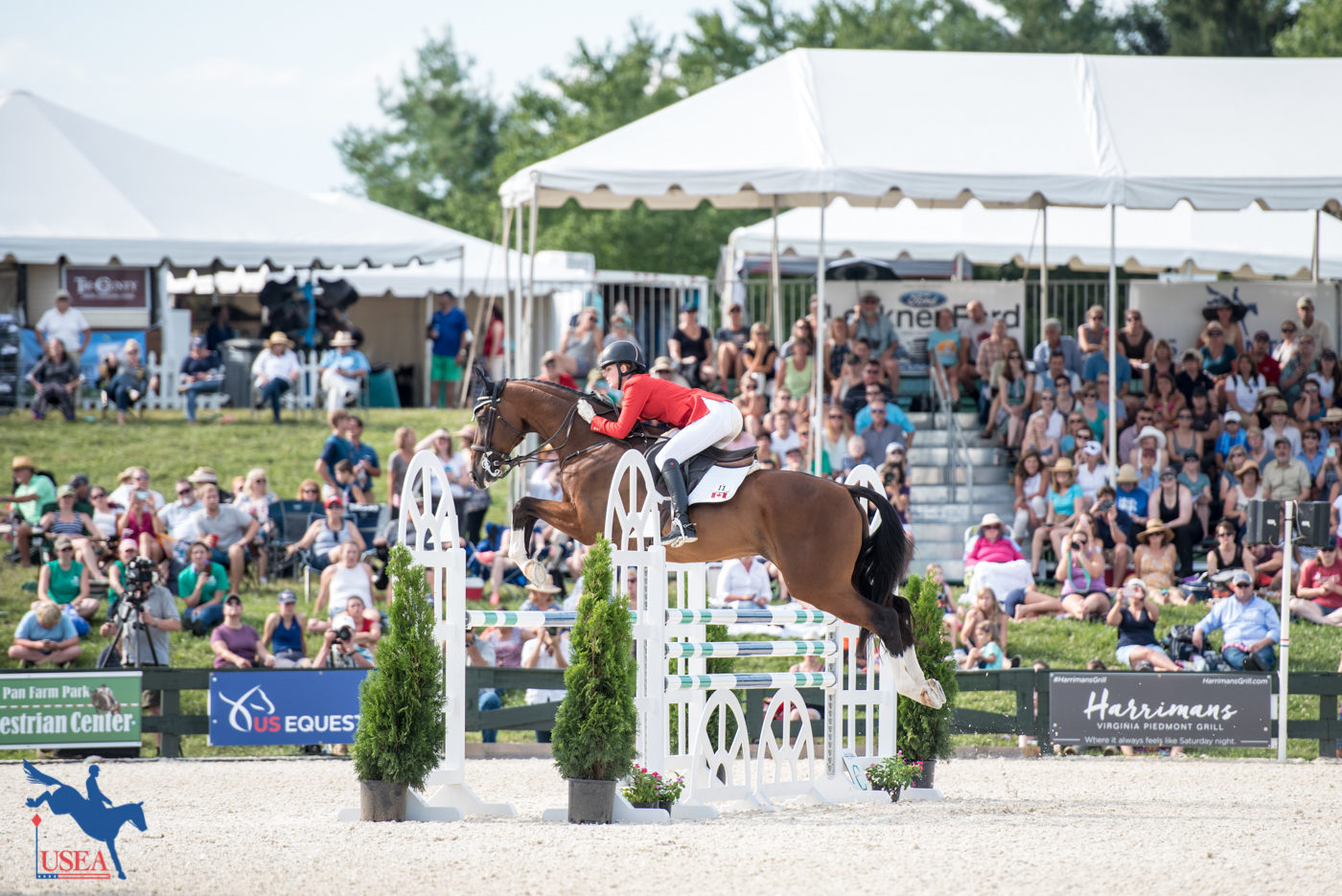 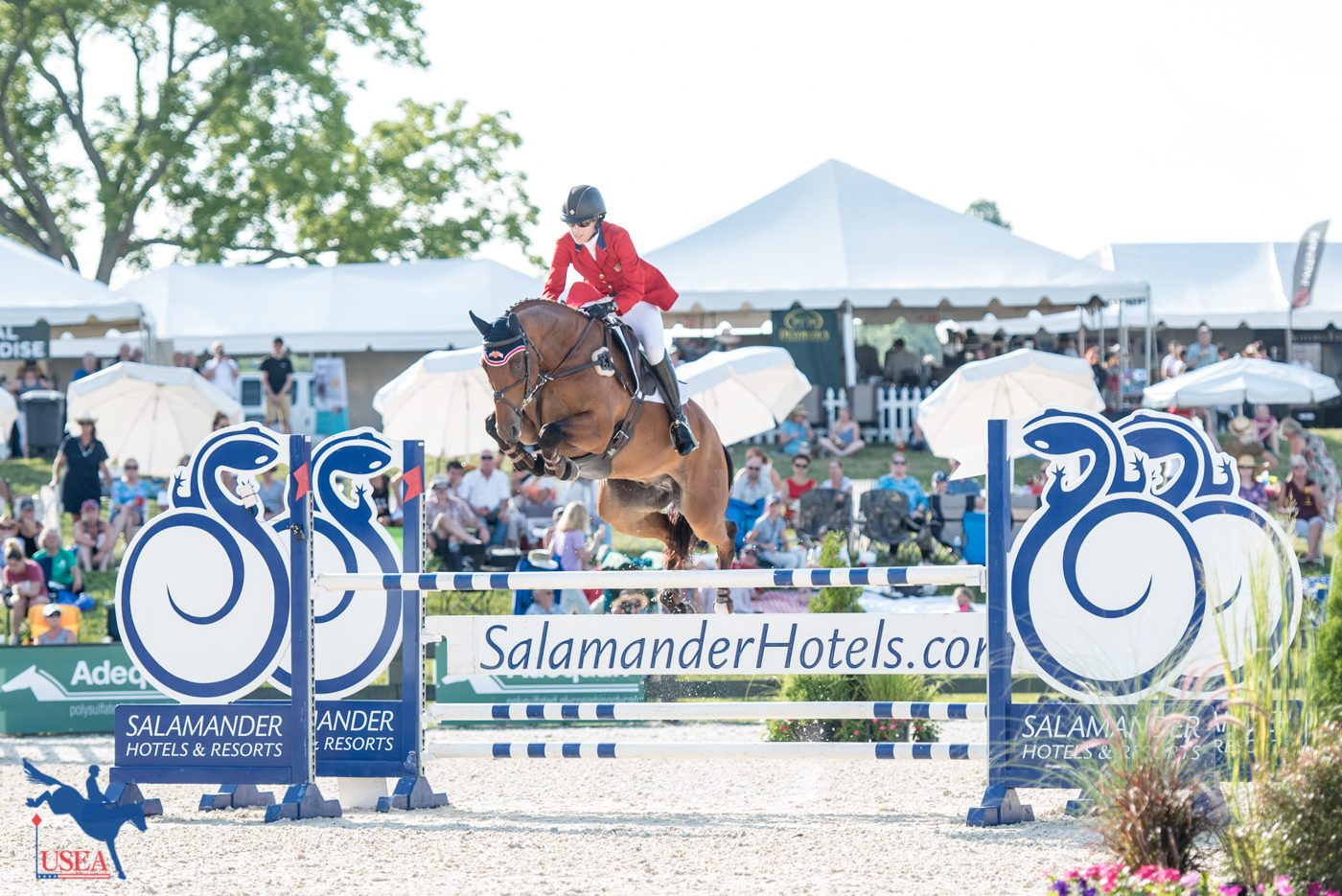