History repeats itself for Auburn and Clemson Universities who have been familiar with sitting in the top spots at the USEA Intercollegiate Eventing Championship. A sea of orange filled the Virginia Horse Trials on Saturday, May 26 while the Auburn Orange Team threw down four strong performances to sit comfortably in first place on a team score of 89.05. Taking the early team lead were Auburn Orange team members Sallie Johnson, Aubrey Wagner, Lydia Kennedy, and Meredith Kramer. Another orange team are the defending champions, Clemson Tigers, who are fighting to reclaim their title as they currently sit in second place on a score of 93.73 in the 2018 Intercollegiate Championship. University of South Carolina, Aiken rounds out the top three for the team standings on the second day on a score of 96.51.

Auburn University, a school that has consistently placed in the top three at the Intercollegiate Championship but has yet to claim the Championship title might get their chance this time around. For Kennedy and Johnson this will be their third and final year fighting for the top spot, and for Kramer and Wagner this is their Championship debut.

“We are like family; I’d say they are like my sisters,” Wagner described her relationship with her Auburn teammates. Along with her Intermediate ride, a 9-year-old Selle Francais gelding Fernhill Valarchin (Rebel Z x Reichsgraf); her CCI* horse, Clooney MS (Clinton II x Stutbuch) a 9-year-old German Sport Horse gelding, also came from Carol Gee and Fernhill Sport Horses. Clooney MS and Wagner sit in ninth place in the CCI*.

Kennedy, a Championship third-timer with her 14-year-old Thoroughbred mare, Subtle Dream Unveiled, put in a solid performance to sit in eighth place in the Open Novice. Another Championship third-timer is her teammate Johnson who sits in seventh place in the CCI* with Cynthia and Mark Rowan’s 13-year-old Thoroughbred mare, Looking Rosey (Ludwig H x Rose’s Double).

“My one and only,” Kramer described her 16-year-old Thoroughbred gelding, Kentucky Gentleman (Doneraile Court x Northern Voyager), who is winning the Novice Rider division, the largest division at Virginia Horse Trials with forty entries. “He was my first real event horse.” Kramer and Kentucky Gentleman have been together for over six years and as Intercollegiate Championship first-timers they have surpassed everyone’s expectations.

For their third and final year, it’s a safe bet that Sarah Pyne, Alexandra Peterson, and Kaitlyn Bardos of Clemson will be putting the pressure on Auburn on the final day of the Championship. Team Clemson Tigers consists of Pyne on her 10-year-old Irish Sport Horse gelding and 2017 Championship horse, Quintessential, Peterson on Captain Crunch (Contendro I x Perlonga), her own 10-year-old Westphalian gelding, Bardos on The Myth of Arion (Rod and Staff x Oater Eater), Steven Bardos’ 15-year-old Thoroughbred gelding, and April Crawford on Tatham (Carmen's Baby x Kant Kachess), her own 18-year-old Thoroughbred gelding.

Pyne already finished her weekend with Quintessential (Quinn for short) and took home a red ribbon in the Preliminary Rider division. “Extremely quirky and very opinionated, but when he is on your team he is the most fun horse,” Pyne commented on Quinn’s personality. By already having Intermediate experience, Pyne said Preliminary is the level Quinn is happiest at and, “he knows he can be very competitive at this level.” Taking home second place in the Preliminary Rider division is not only a victory for Pyne but sets the standard for the Clemson Tigers.

Pyne’s teammate Crawford will be competing a horse that holds a special place in Pyne’s heart. “She is doing her first Novice this weekend on a horse that I did my first one-star on.” The horse Pyne is referring to is Crawford’s 18-year-old Thoroughbred gelding, Tatham.

Fulton and Mr. Unpredictable (aka Yippee Ki Yay (Linamix x Oasis Dream), Stephen Fulton’s 8-year-old Thoroughbred gelding) completed their Championship weekend with an eighth place finish in the JYOP division. McMurray and Fitz, her 19-year-old Thoroughbred gelding, moved up thirteen places from 28th to 15th after they only had one rail down in the problematic show jumping for the Training Rider division.

“Today went really well,” said Webb, who is currently winning on a 29.7 in the Open Beginner Novice division on Pelear Por Oro (aka Pea), Becky Caravan’s 9-year-old Arabian gelding. “My horse was given to me, he was a rescue.” Coming a long way from being a giveaway horse, Webb believes their strong partnership is what has brought the success.

“My horse has been absolutely wonderful. It’s the best rides I’ve had so far on him.” In third in the Open Novice on a 26.4, LaVassar and Into Thin Air (Spartan’s Victory x Risque Revue), Jessica Schultz’s 8-year-old Thoroughbred gelding, share the success of scoring in the 20s with their teammate Webb.

With a Preliminary completion, a competitor conquering the tough Coliseum show jumping, and two competitors scoring in the 20s, USC Aiken will continue the fight for the top spot on the final day.

Click here to view the full scores for the Intercollegiate Championship. Click here for scores from the Virginia Horse Trials. 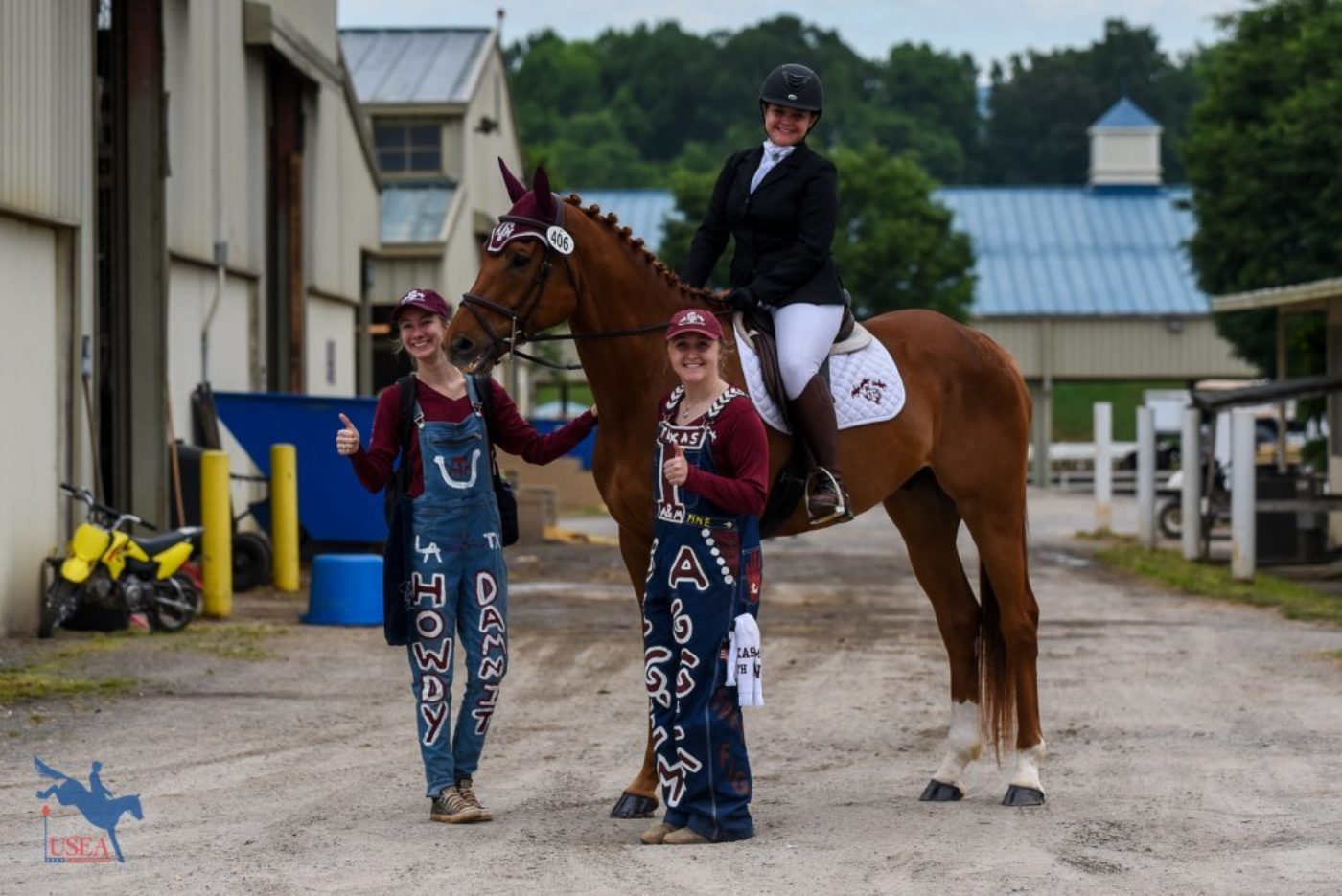 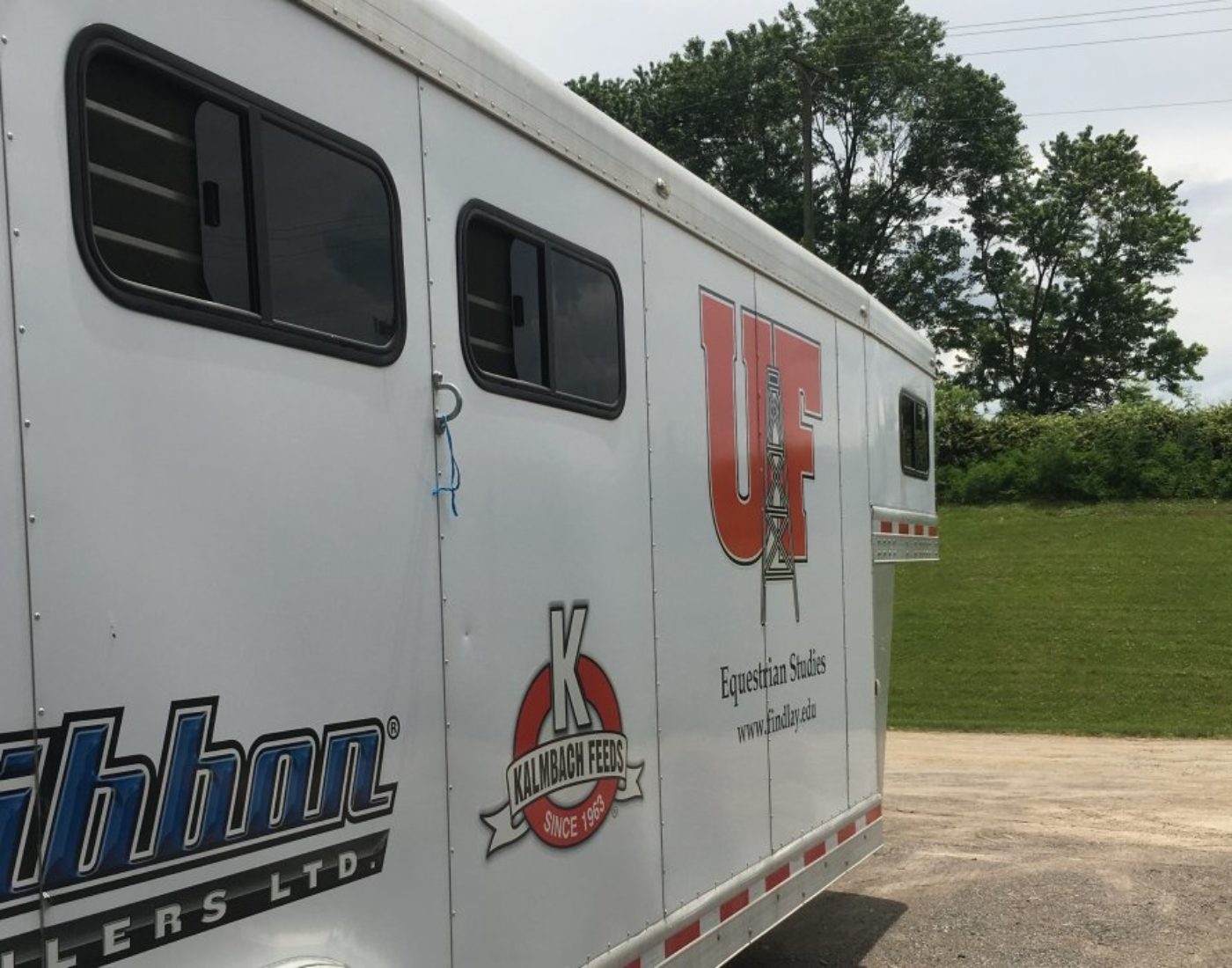 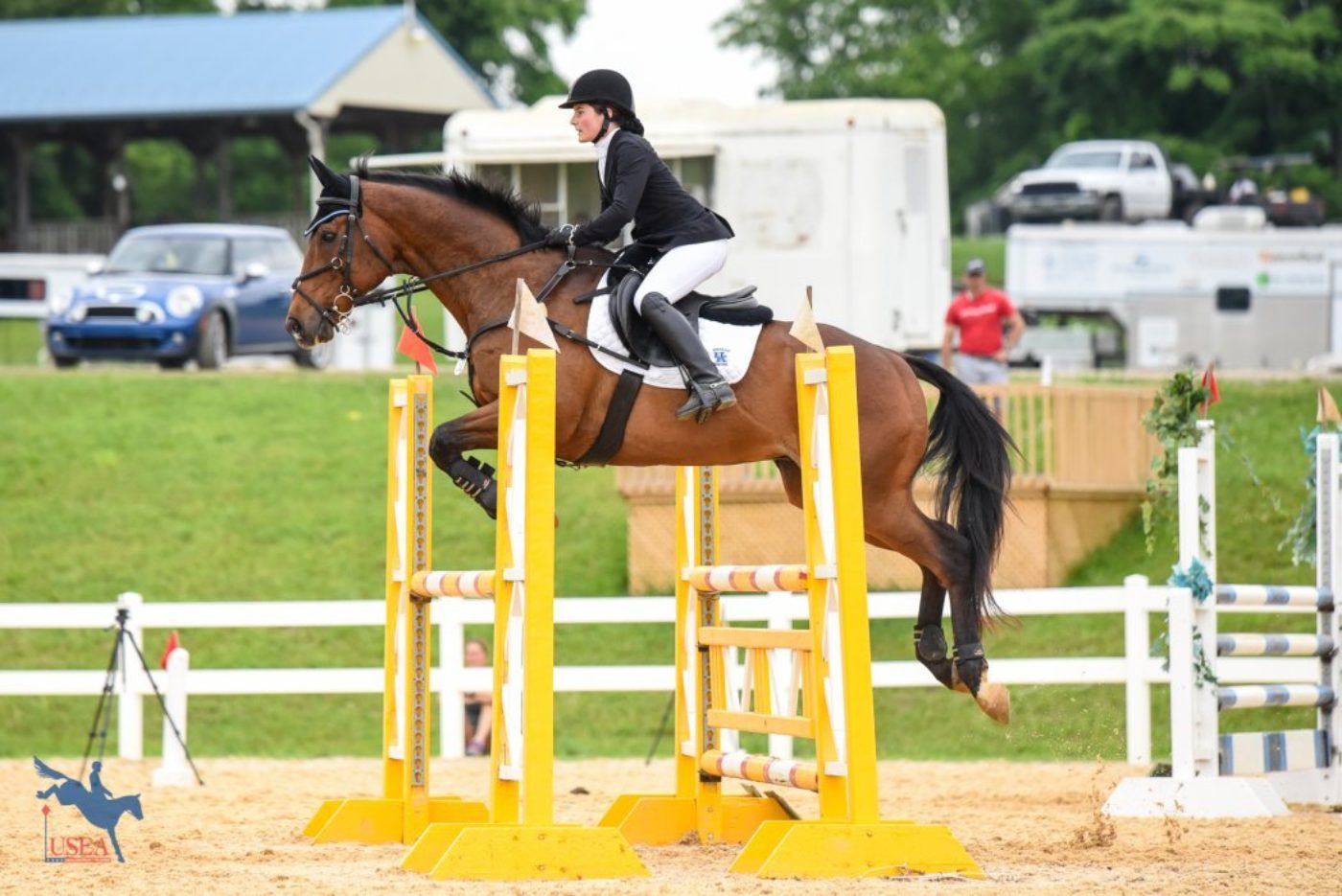 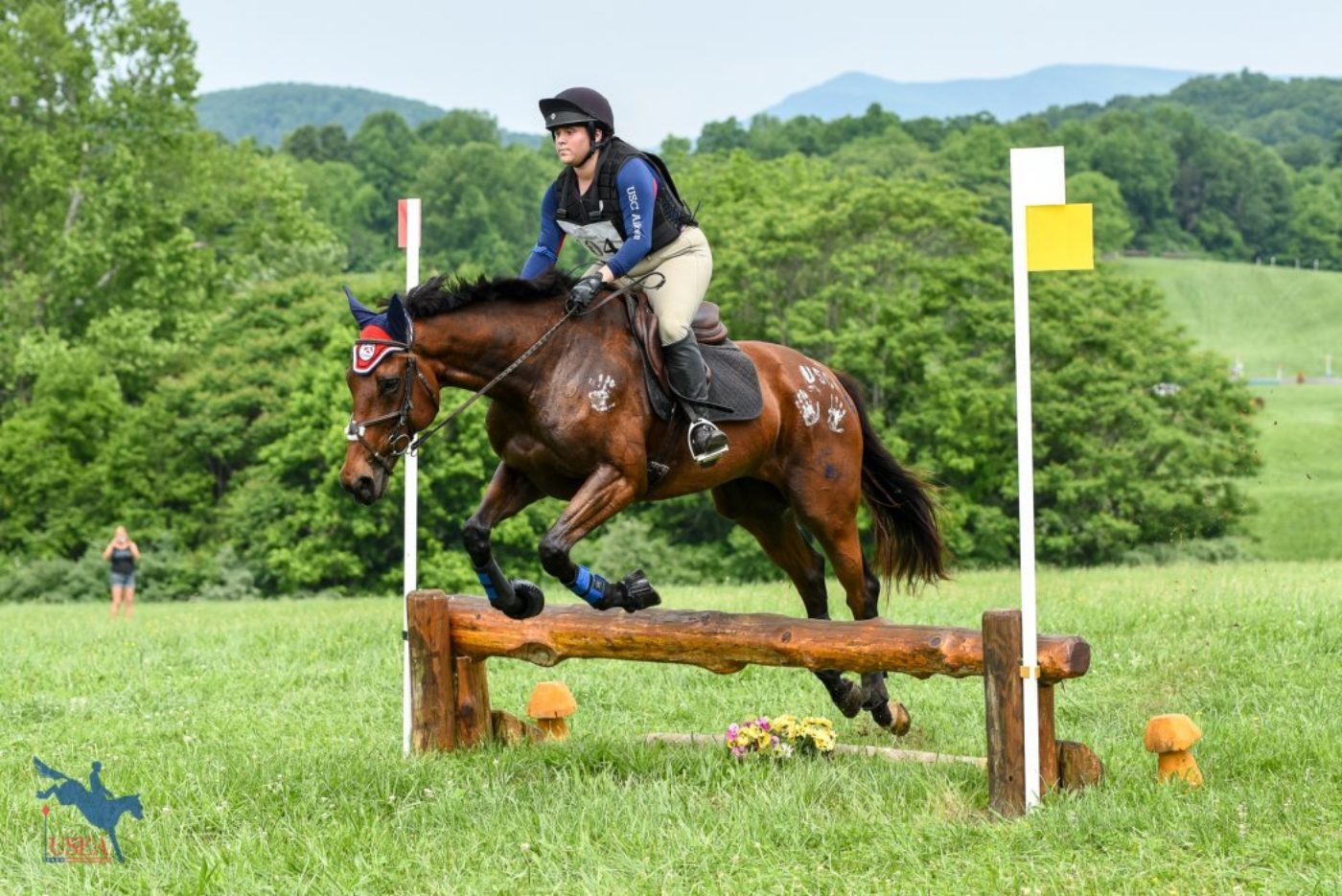 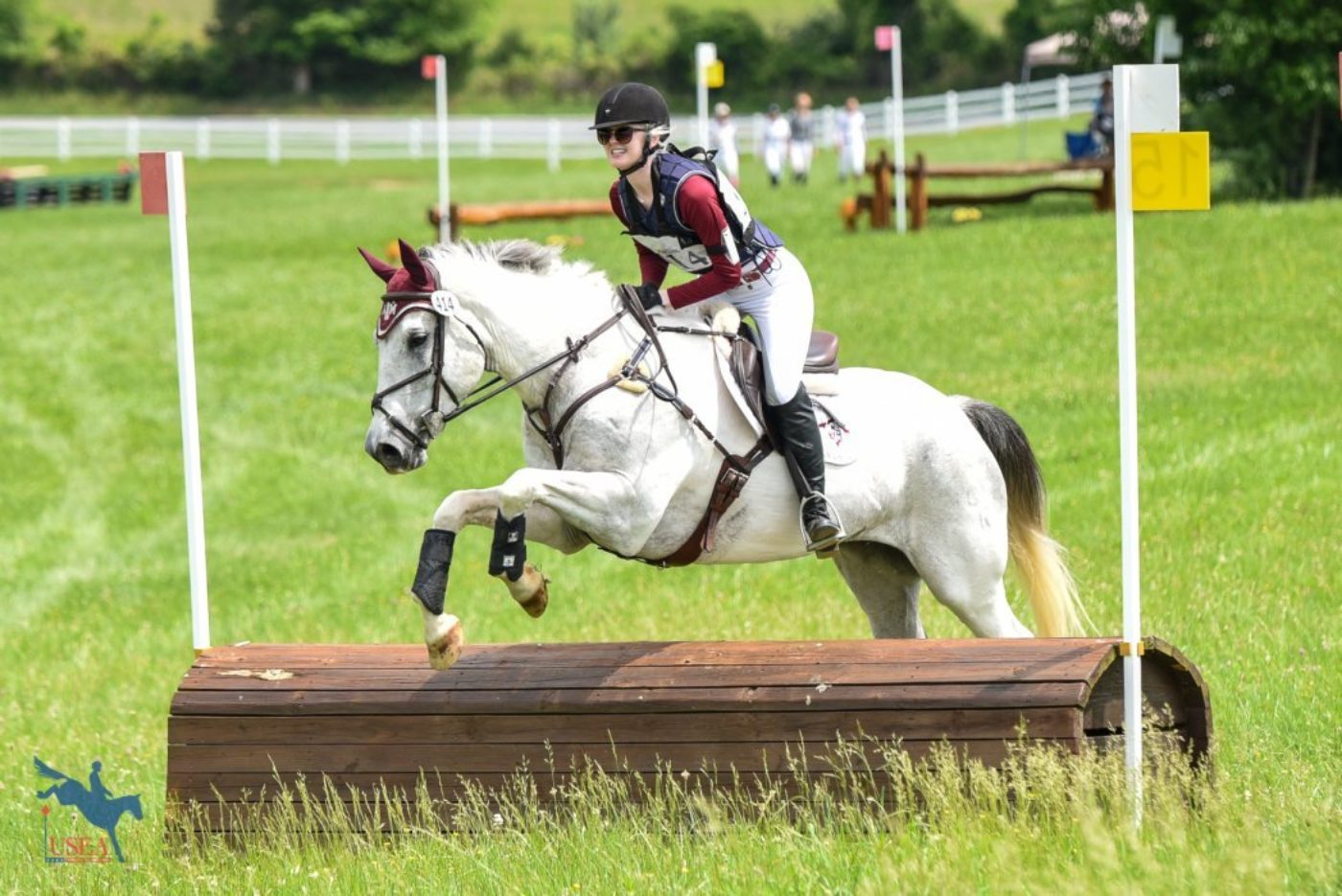 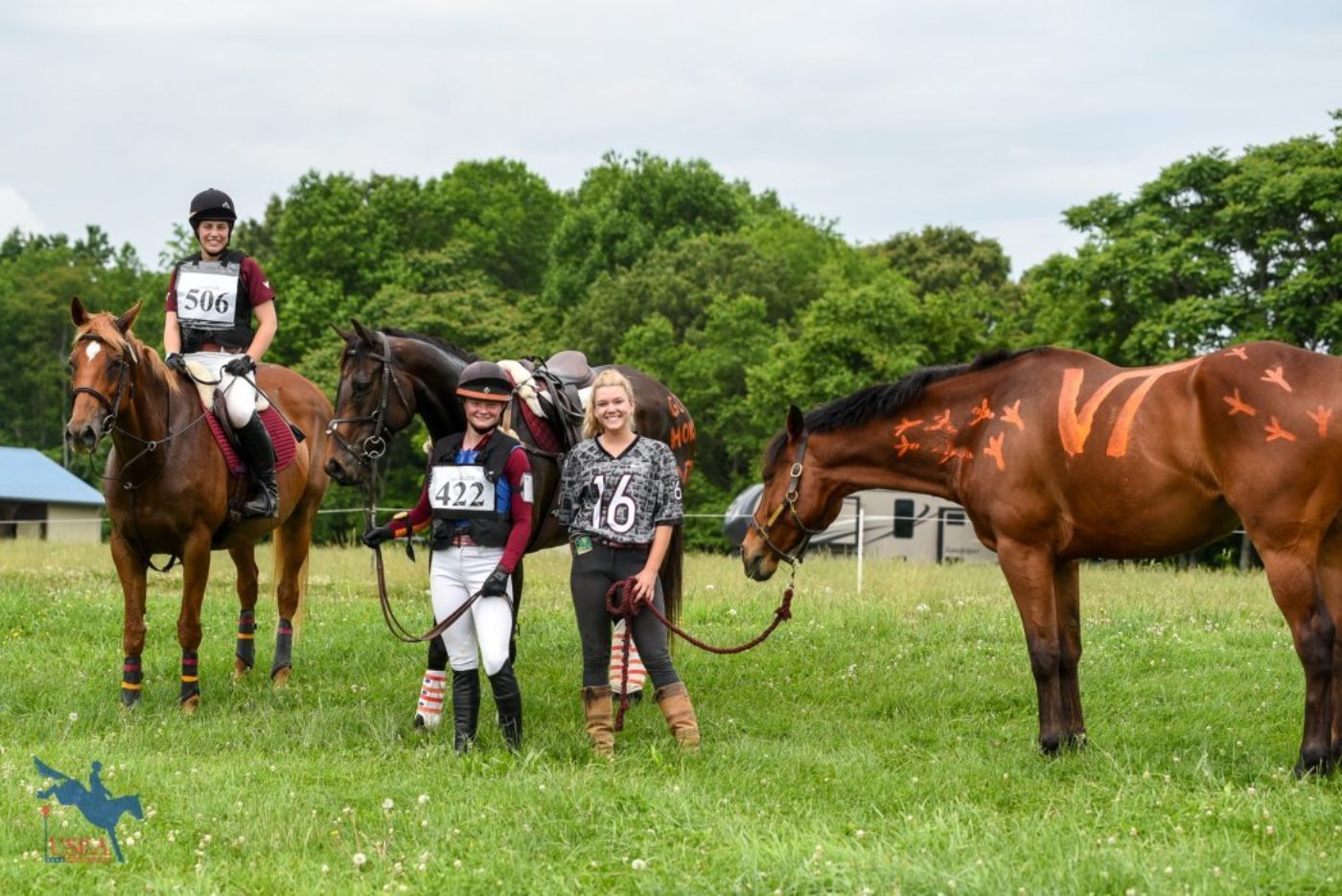 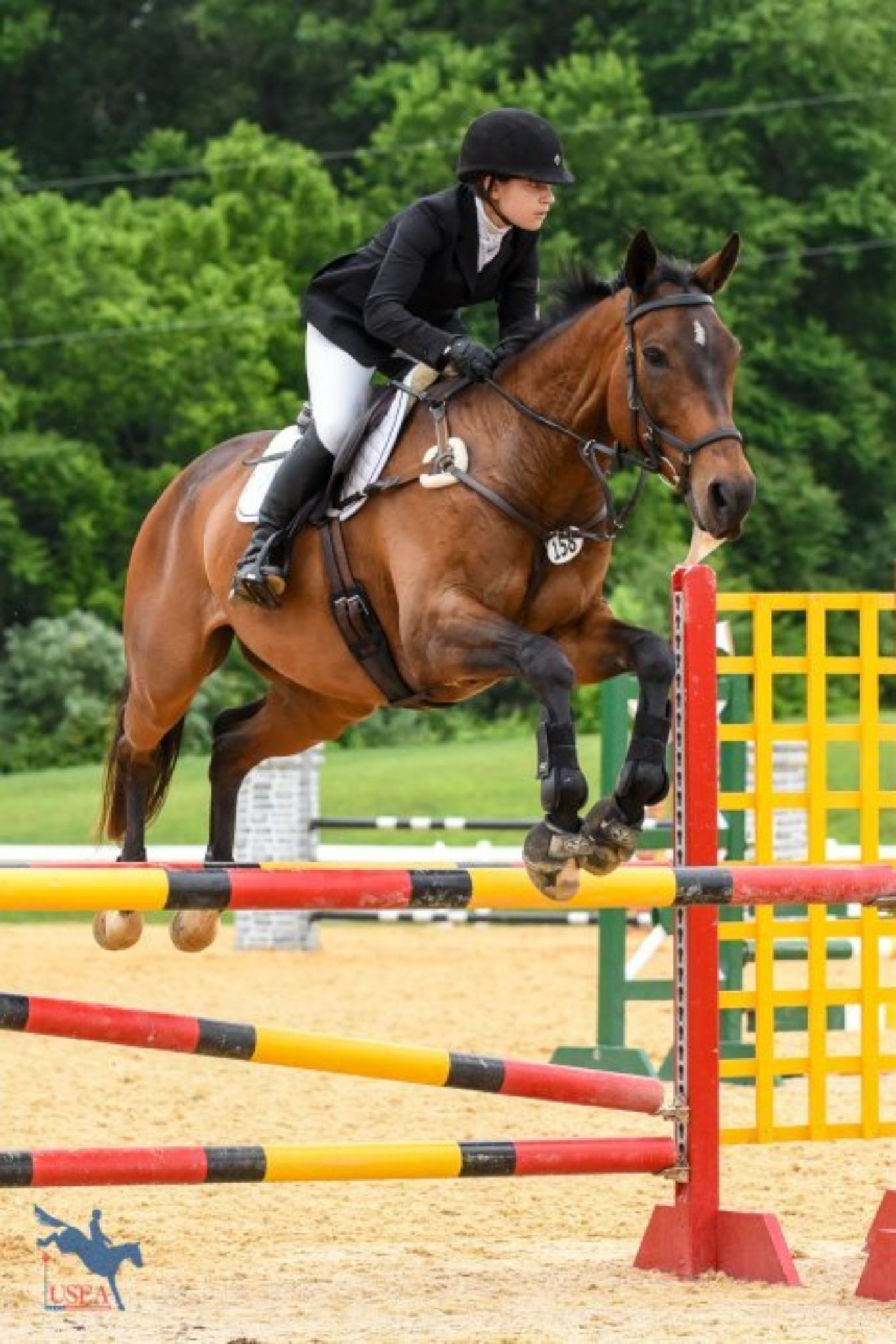 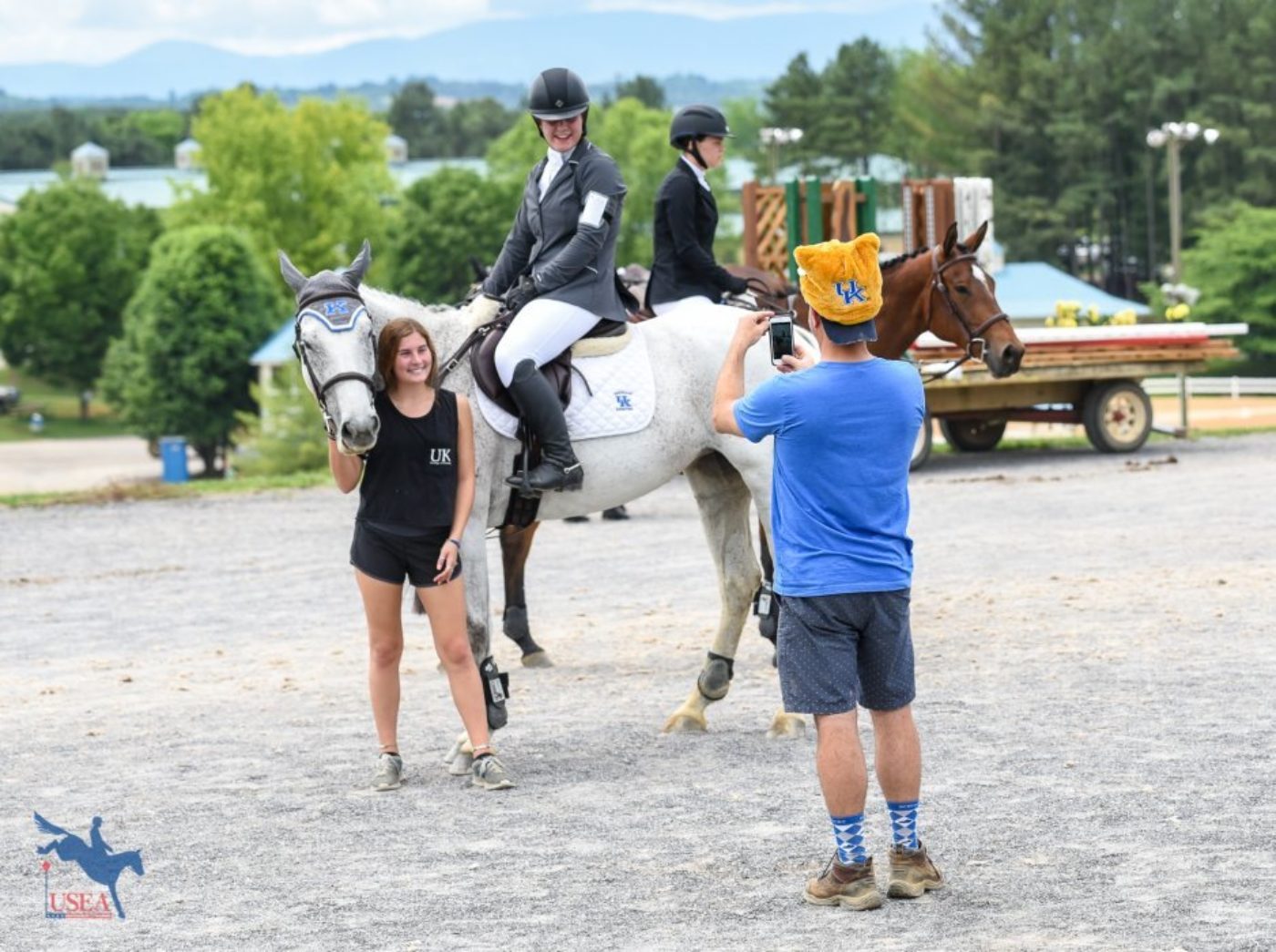 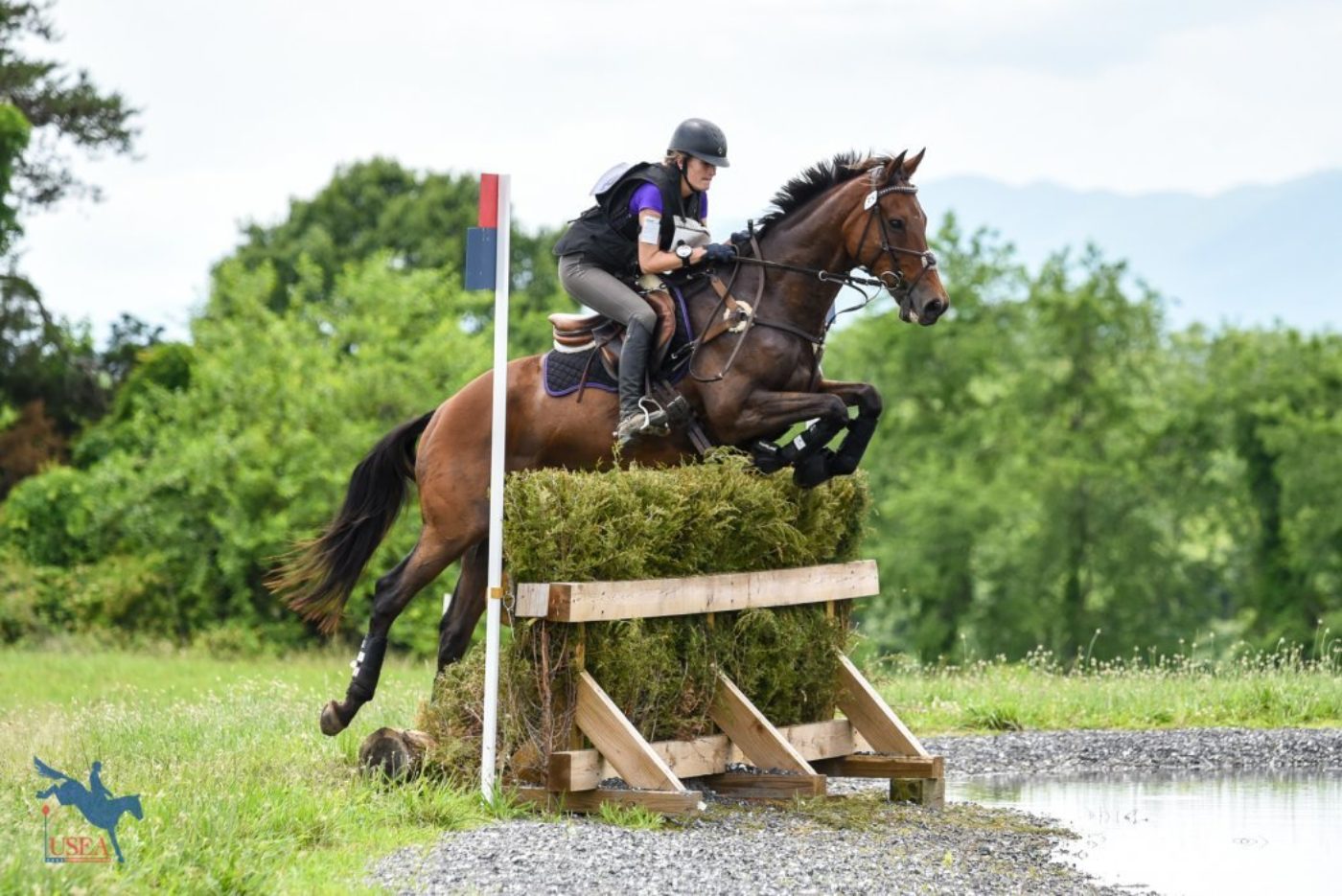 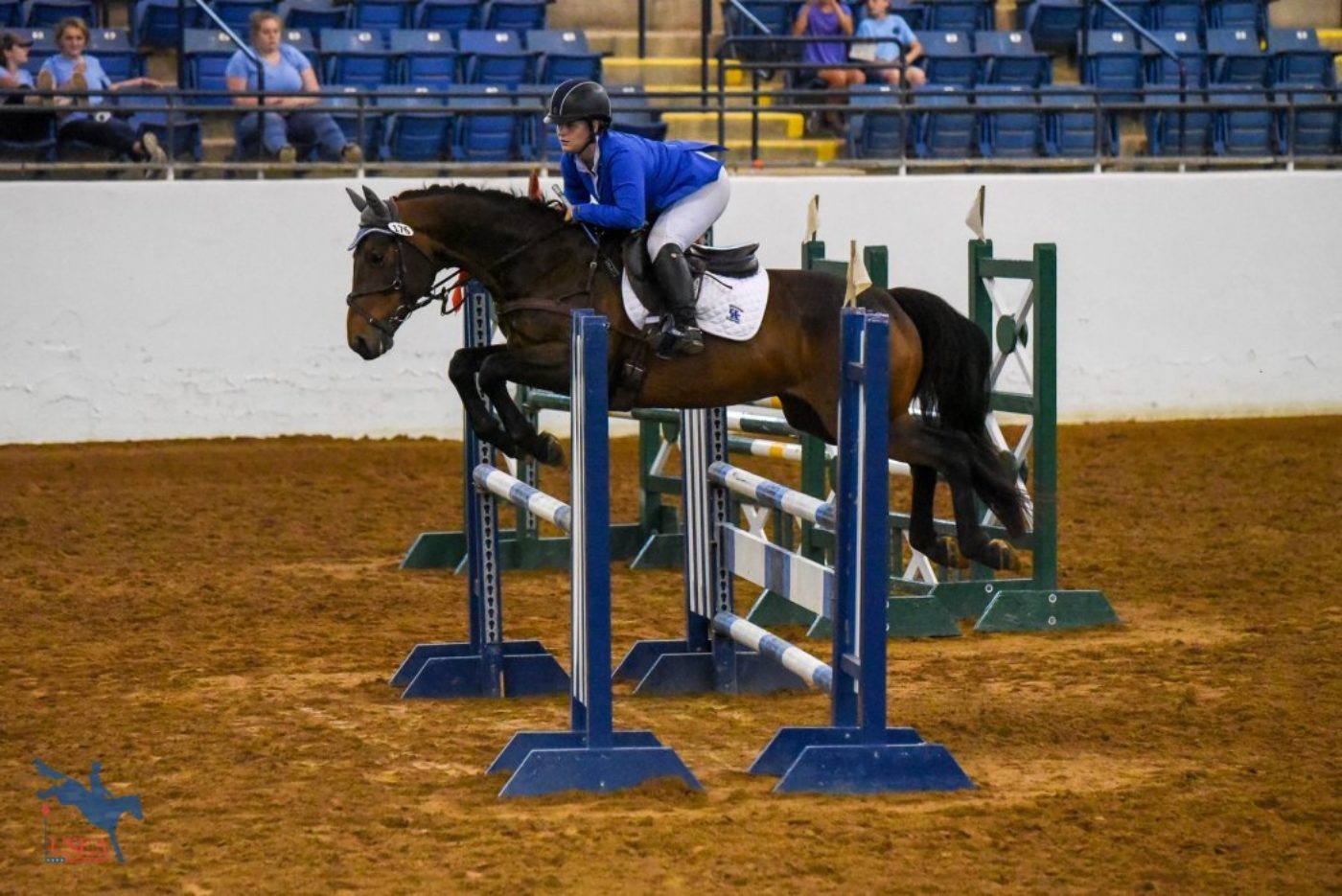