Boyd and Long Island T started the weekend off strong, laying down a 25.4 in dressage to take the early lead. The pair had nearly 14 penalty points in hand on cross-country yesterday, so the 10.8 time faults they picked up weren’t enough to drop them from the top spot. Boyd had a rail in hand going into show jumping, so the single rail he dropped didn’t affect his position on the leaderboard. As the top placing American rider in the CCI3*, Boyd was awarded the USET Foundation Gladstone Trophy.

Boyd commented that it’s been a long road with Long Island T to get to this point. “I knew that I was taking on a huge challenge and I’m very lucky that I had Stephen Blauner and Gloria Callen to bankroll it, and then we divided [the syndicate] up into ten pieces and paid them back the money. As soon as I had him paid off, I took him to his first show at Wellington and he got eliminated at the second fence in the show jumping.”

After this less-than-stellar first performance, Boyd described how he took the horse back to basics and took his time building a partnership with “Ludwig.” Boyd credits Richard Picken for helping with Ludwig’s show jumping. “Richard was very influential in changing how I rode the horse . . . Richard said, ‘Look, if you want to get this horse going, you’re going to have to completely become a different rider for this particular horse and learn to package him; the horse likes a lot of support.’ It was a good learning curve for me to . . . change my style of riding.”

Around the latter half of last year, Boyd said he and the horse began to really click. “I started to get a bit more comfortable with him and we’re in business now.” Boyd said he’ll be aiming for the Fair Hill International CCI3* in the fall.

Caroline Martin and Islandwood Captain Jack (Jack of Diamonds x Suir Touch), her own and Sherrie Martin’s 9-year-old Irish Sport Horse gelding moved steadily up the leaderboard all weekend, from 13th place after dressage on a 34.7 to sixth after cross-country, picking up just 8.4 time penalties. Their double clear round today was enough to secure second place overall on a final score of 43.1.

Caroline has been partnered Islandwood Captain Jack since the gelding was a 4-year-old and has been producing him slowly up the levels. “I always said he was going to be a good upper level horse so I’m just glad my predictions were right!”

“I honestly didn’t care [if I had a rail], I just want to be consistent at the upper levels,” Caroline remarked. “It’s always nice to win, but [Boyd] has put in way more years of hard work than I have. I just hope in 20 years I can catch up.”

Next, Caroline will be heading to Europe to compete in the Under 25 CCI3* division at the Bramham International Horse Trials with Danger Mouse, who finished fifth in the CIC3* this weekend, and The Apprentice.

Martin has had the ride on Kyra for less than two years, and the mare just moved up to the Advanced level earlier this year, placing second in her second attempt at the level at the Red Hills International Horse Trials. They jumped a double-clean show jumping round today to finish on a final score of 34.6 “She’s all class,” said Boyd. “She’d be probably the best jumper that I’ve got in training at the moment.”

Boyd described the mare as “highly strung” and that it took a while to get to know her. “In just the last couple months I think we’ve put it together. I was pretty happy with her in all three phases.” Boyd said he’s been working with the USEF Eventing High Performance Director Erik Duvander on cross-country with Kyra to help her be a bit bolder, as she’s quite a careful horse over fences. “I didn’t rate her that much to start with,” admitted Boyd, “but now I would say she’s one of my best horses.”

Boyd also has Kyra’s 3-year-old daughter who’s currently in foal to an American Thoroughbred stallion. Once the foal is born, Boyd will begin riding “Xena” as she’s known in the barn with the goal of competing her in eventing.

Phillip Dutton jumped a clear round aboard Dr. Kevin Keane’s 11-year-old Irish Sport Horse gelding Sportsfield Candy (by Candios) this afternoon, allowing him to move up from fifth place into second place on a final score of 39.8. Dutton has been riding Sportsfield Candy for Dr. Keane while he’s been sidelined with an injury.

“I’m excited for the horse but also excited for Kevin to be able to come back and get back to riding him again,” said Dutton. “He is cleared to start walking again on Tuesday, so he’ll be back competing again very soon. They have a great partnership together and I’m looking forward to Kevin starting him back up.”

Jenny Caras and her longtime partner Fernhill Fortitude (Courage II x Misty Matilda), the Fernhill Fortitude Syndicate’s 14-year-old Irish Sport Horse gelding, were leading going into show jumping but had two rails, dropping them down to third place on a final score of 41.8.

Alexandra Sacksen was awarded the Philippa Humphreys Memorial Sportsmanship Award, which is presented in honor of Philippa Humphreys to a rider who demonstrates “fairness, respect and responsibility; selfless equine management; passion and commitment for the betterment of eventing, and outstanding mentorship and relationship skills.”

Of the 48 starters between the CCI3* and CIC3* divisions, 17 jumped double clear rounds. Alexa Ehlers and Amistoso were the only pair who picked up time penalties, and Alexis Helffrich and London Town and Natalia Neneman and Weisser Riese were technically eliminated for jumping the wrong fence.

Click here to view complete final scores. If you’ve missed any of the USEA’s coverage from this weekend, click here. 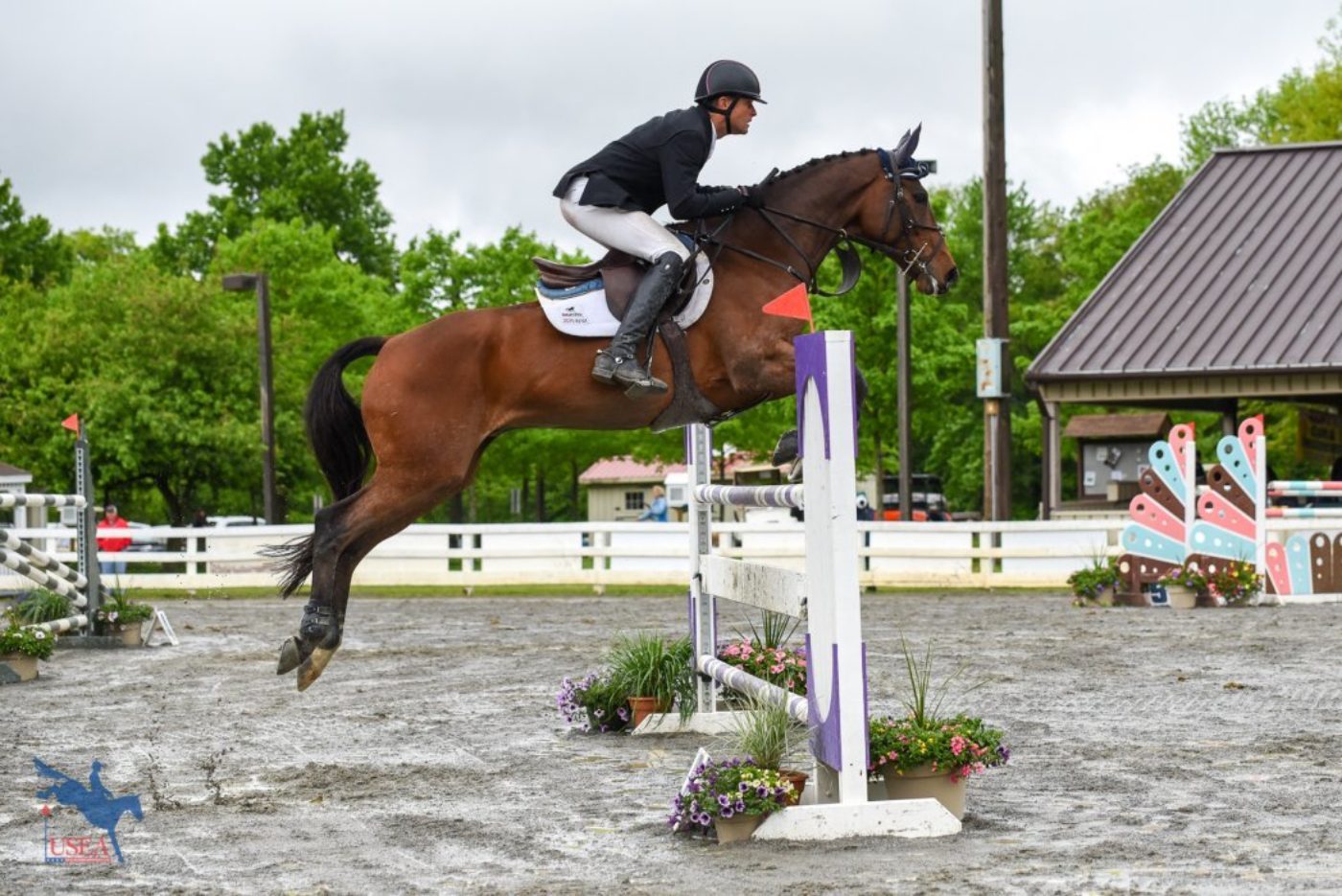 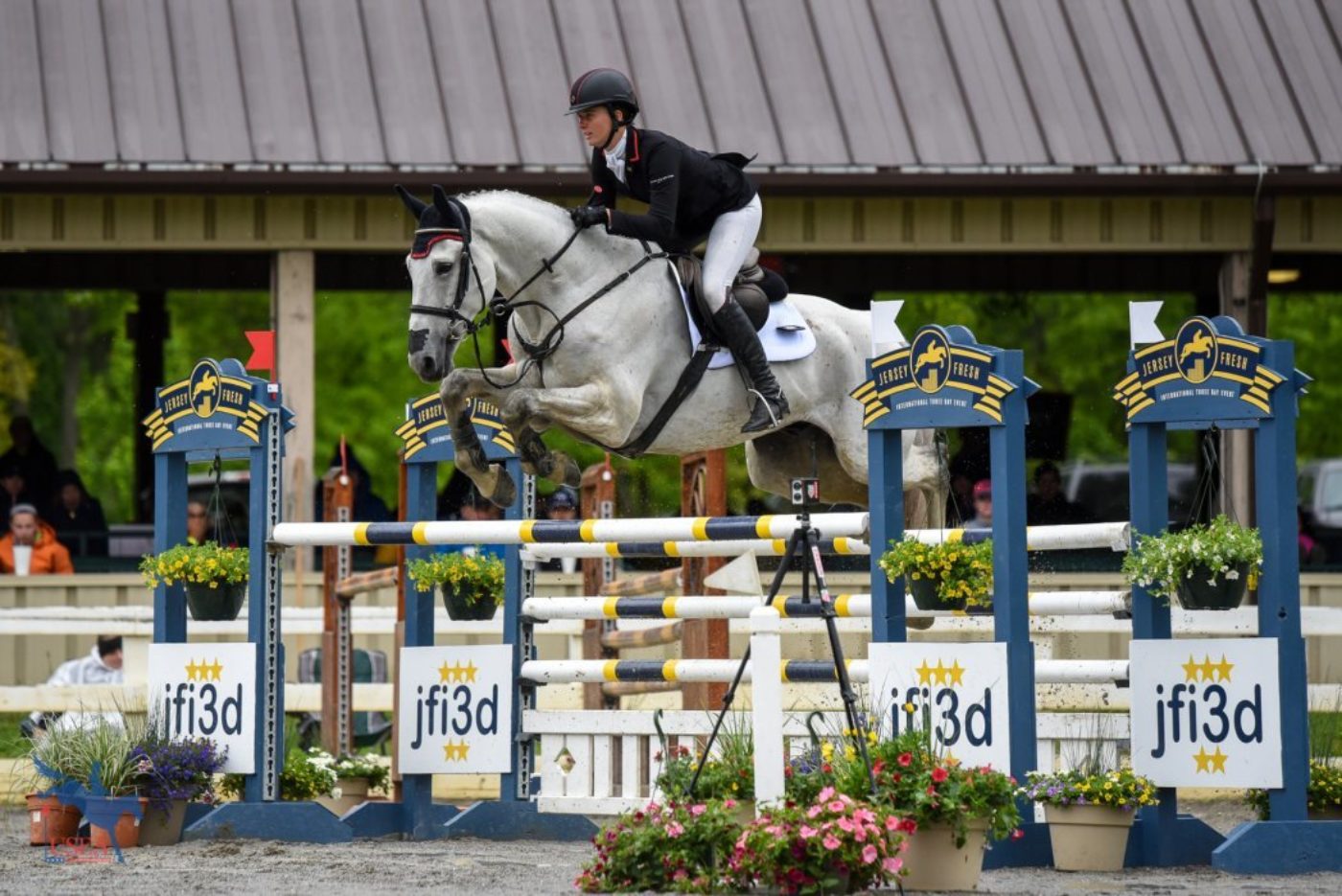 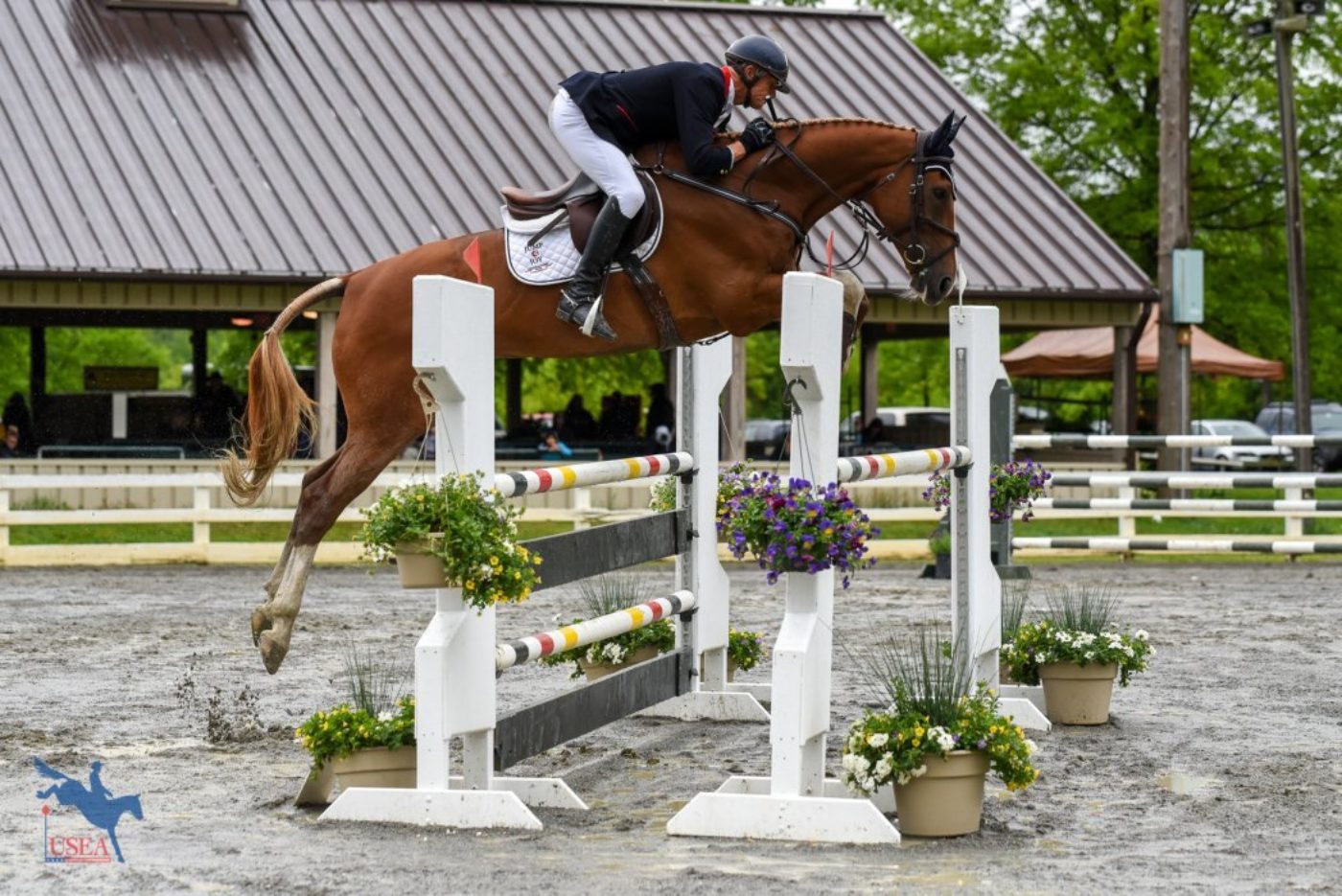 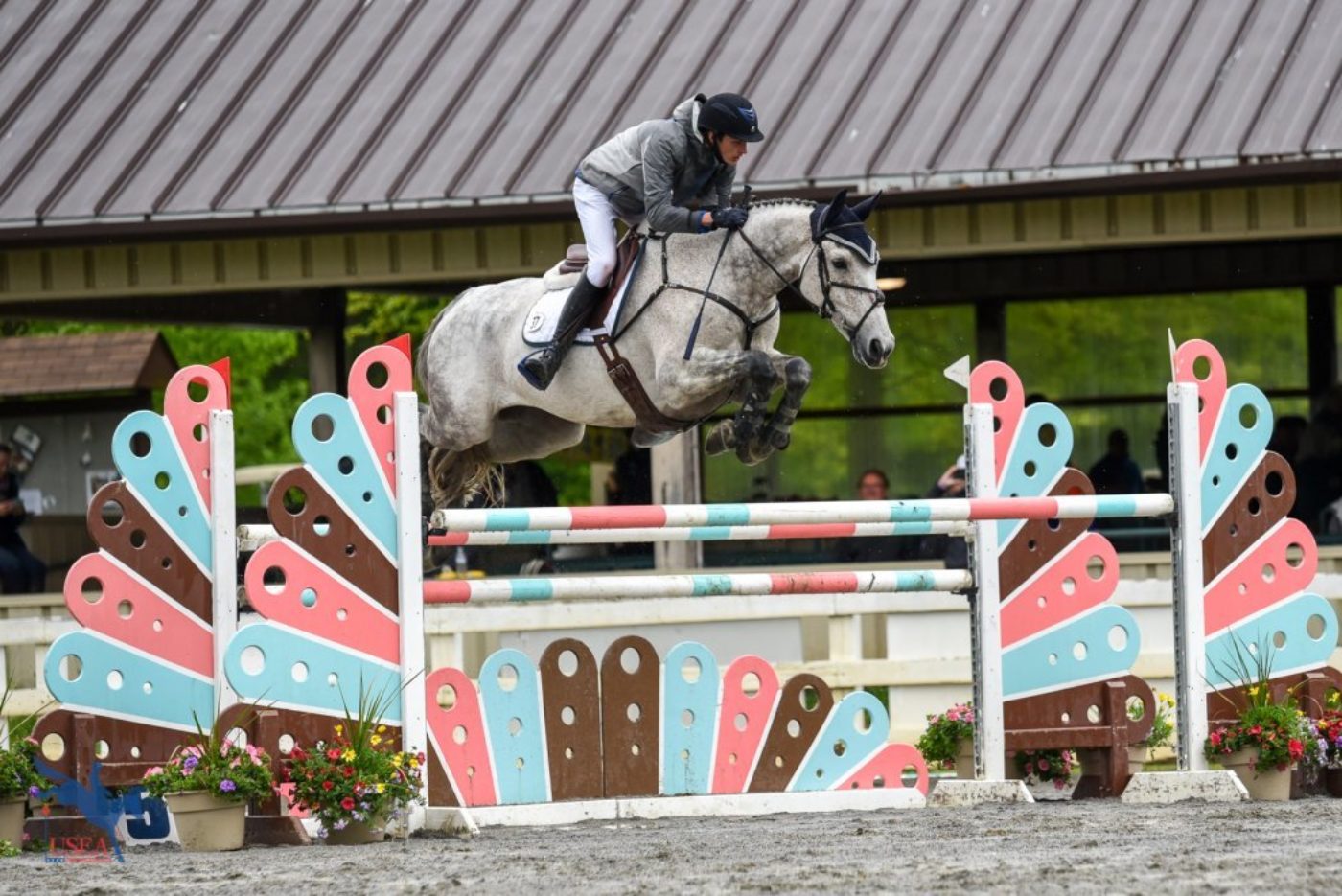 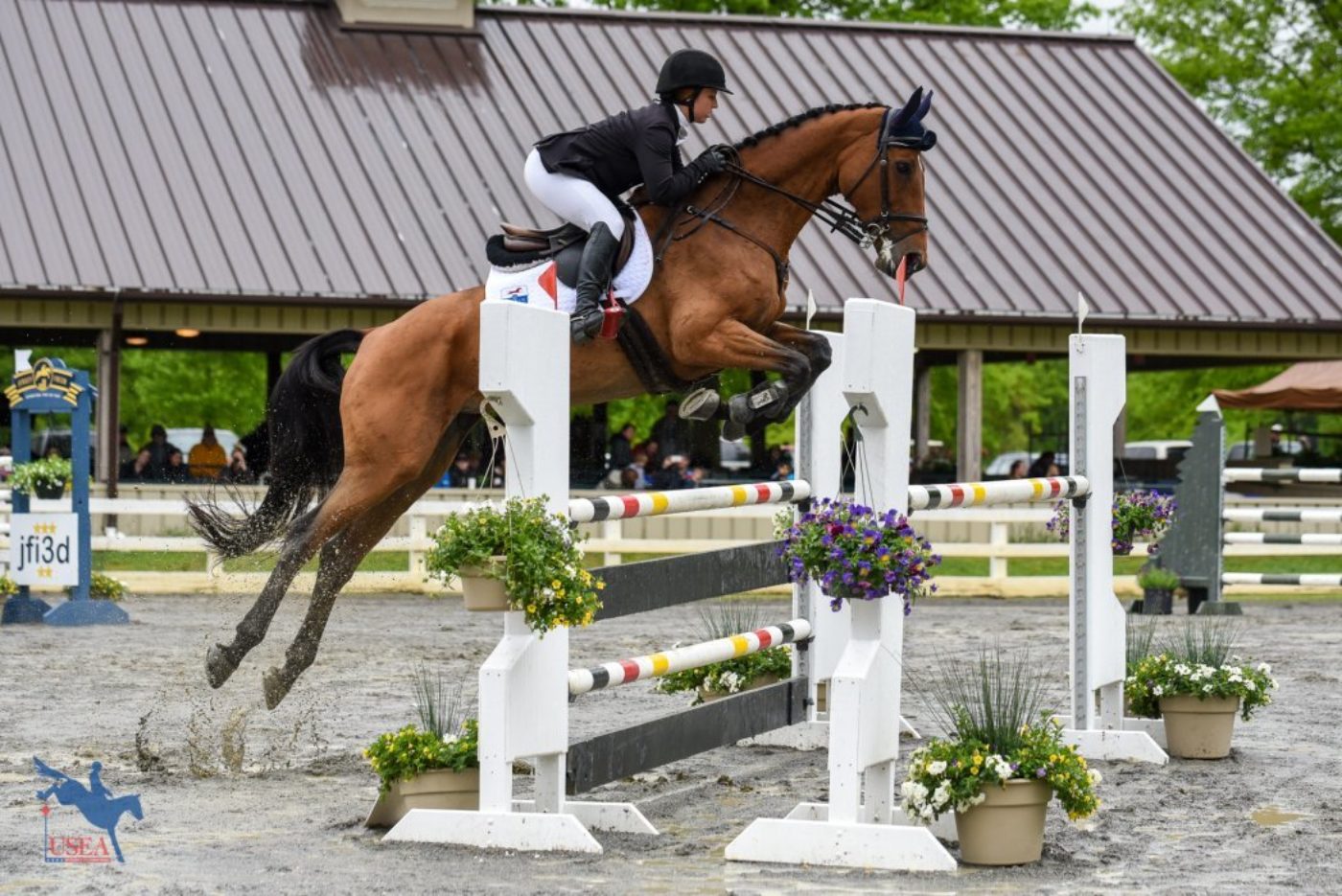 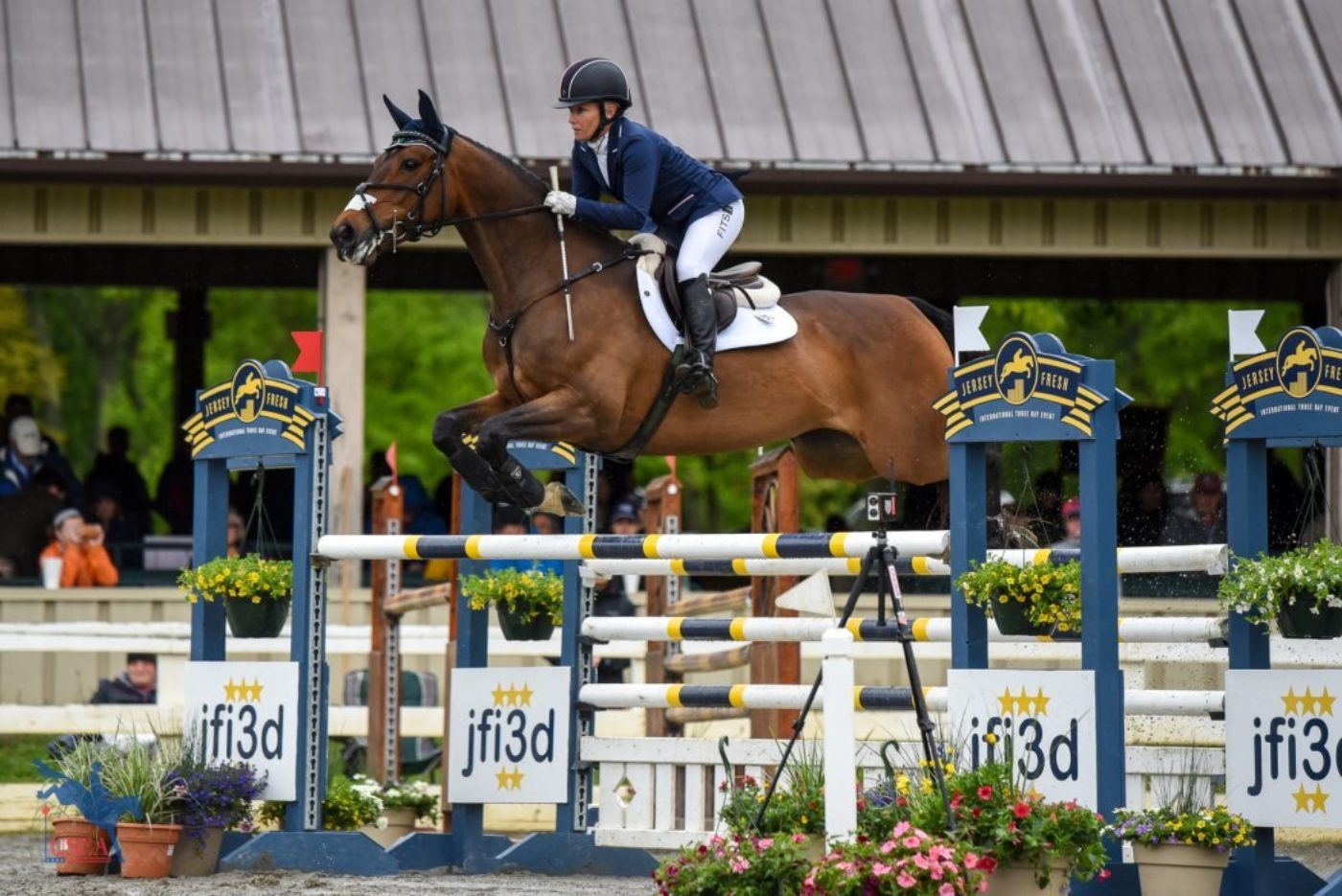 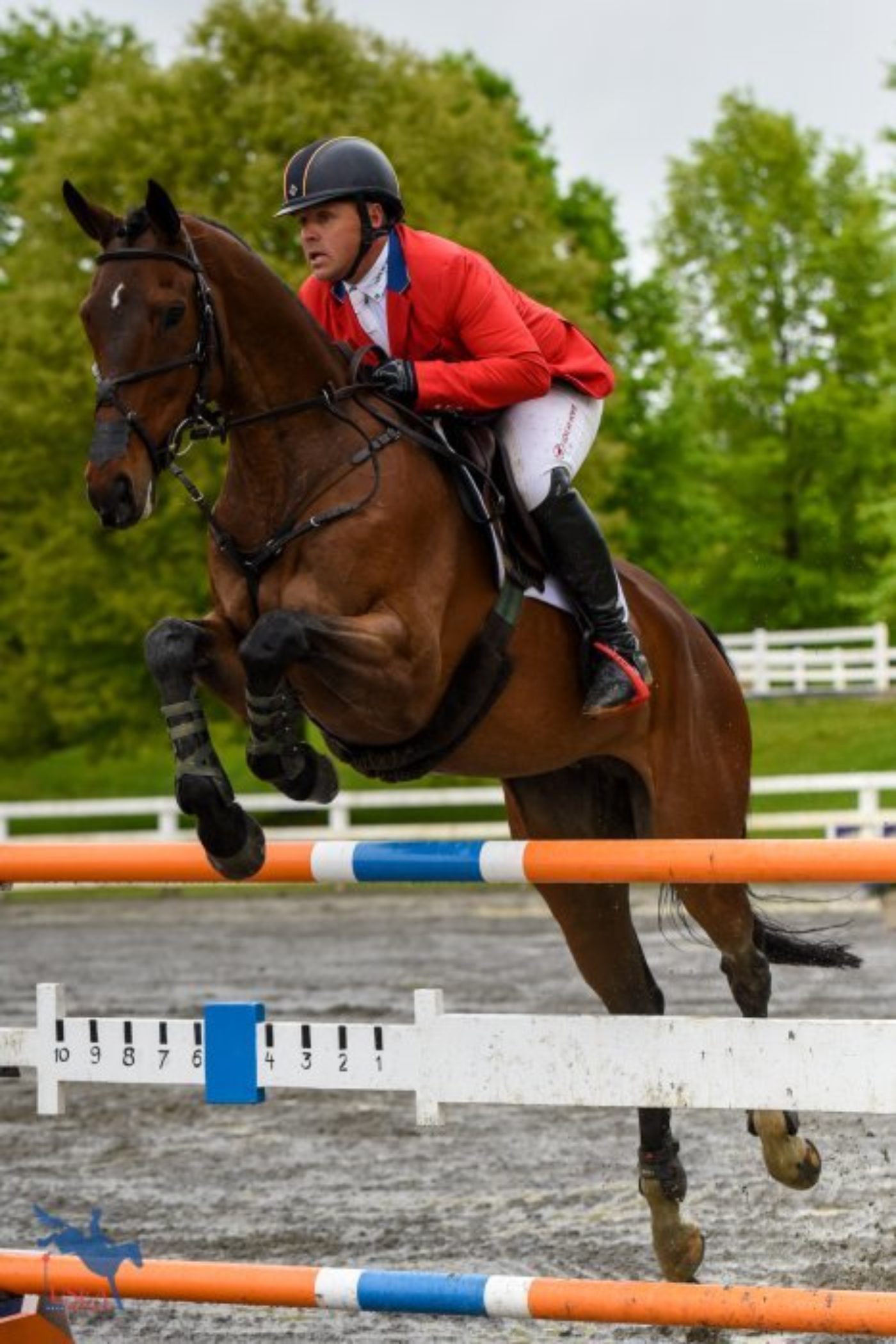 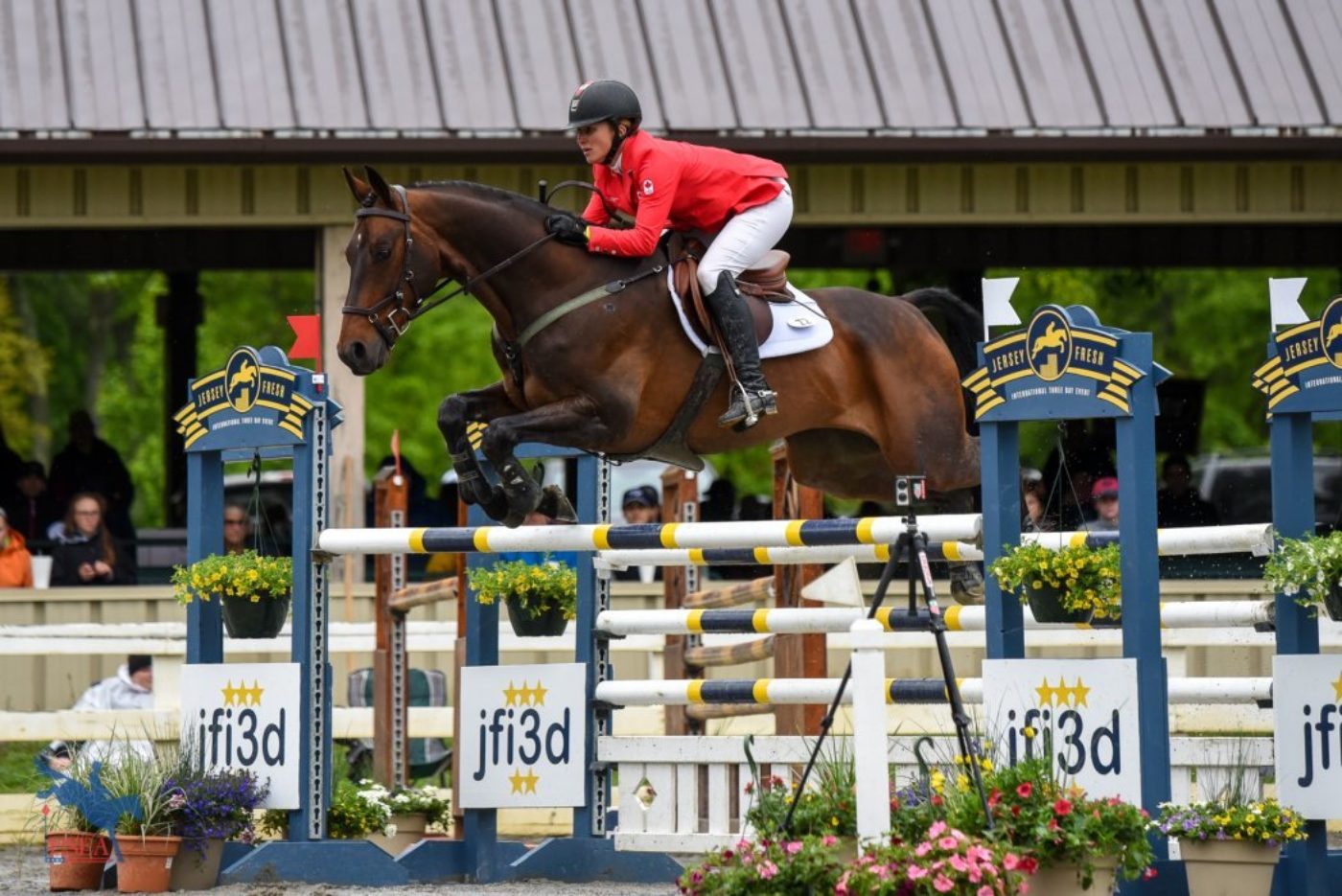 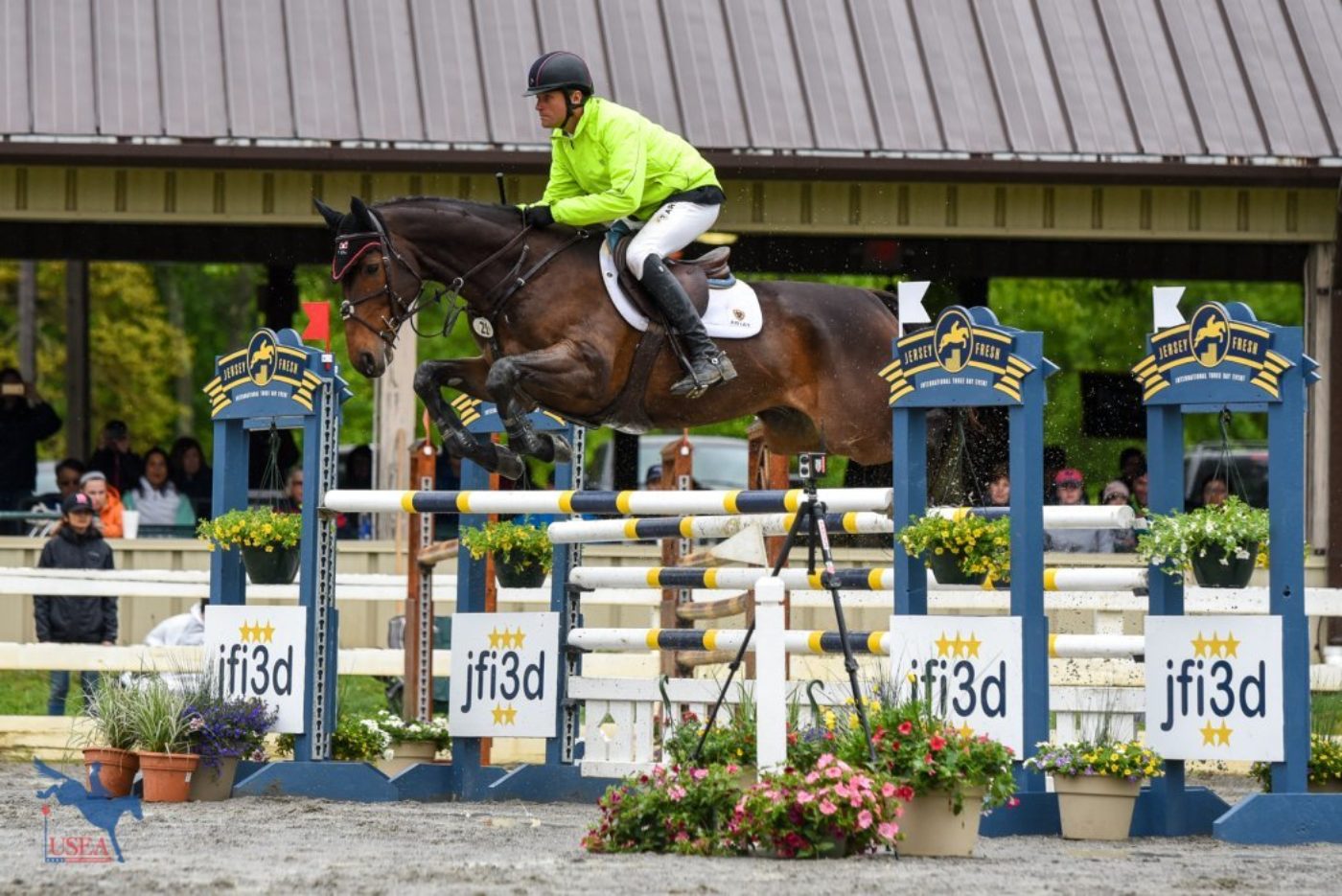