Chris Talley came into the Dutta Corp USEA YEH East Coast 5-year-old Championships knowing that the Corwin Sport Horse LLC’s owned 5-year-old Hanoverian mare Gina (Gentleman x Ballerina) possessed a lot of quality, but to emerge victorious out of the 42 horse field was an absolute treat for the pair.

“I know she is capable and with such a quality horse,” said a beaming Talley. “Because of that, I often get nervous and I can get in her way a little bit. She just came off of winning and being in reserve in everything she entered at Dressage at Devon with my business partner Hannah [Salazar], so I knew I had to ride well. [Gina] put in a great dressage test yesterday and I think that is the first time in the ring that I felt like I really knew her inside and out and rode her really well. Today when she went out there so confident in the jumping, I knew I could go out there just as confident. I knew she had the potential to do really well, but this is incredible.”

Talley just imported the mare in January after finding her on the internet. “Even from her videos we knew she was special,” he shared. “We didn’t know the sellers, we just kind of took a chance and she has been incredible. Joan Allen who brought her over has been a wonderful supporter. She owns a share of my Unmarked Bills horse who unfortunately was injured last year so she wanted to get something else. The first time I jumped her cross-country, I knew she was a serious, serious horse.”

Gina and Talley sat in second overnight following yesterday’s dressage and conformation tests where judges Debbie Allen and Chris Ryan awarded the mare with the highest dressage score of the division, a 17.44. Her conformation score of 7.70 would drop her down just 0.04 behind the overnight leader, Caroline Martin’s Irish Sport Horse gelding HSH Crypto (Casallco x Cumano Kiss), but Talley knew that, despite her newness to eventing, the mare could turn it up during today’s jumping phases.

“She has really only done four events this whole year. Her first event was the [YEH] qualifier where she got an 81. Her biggest comment was that she was green, which she obviously was having only been doing this for a few months. But today she wasn’t green, she was all business. She knows when it matters. She went out there and hunted every jump and jumped like a million bucks.”

That million-dollar performance earned Gina perfect scores in the cross-country phase as well as the overall evaluation and general impression today to close out the competition on a final score of 95.20.

Finishing in second was Caroline Martin’s 2020 Dutta Corp. USEA YEH 4-year-old Championship mount Galwaybay Redfield HSH Connor (Connor 48 x Galwaybay Merstona), formerly HSH Conner, owned by Emil Spadone. The pair launched up the leaderboard from their overnight seventh place position after adding 15 out of 15 in show jumping, 30 out of 30 for cross-country efforts, 14.90 out of 50 for overall evaluation, and 9.80 out of 10 for general impression to their dressage and conformation score of 25.14. They finished just behind Talley and Gina with a total score of 94.84.

Holding on to their third-place position after the judges awarded him with a cumulative dressage and conformation score of 25.64 was the American Warmblood gelding Invictus (Diarado x Sunset Paradise). Owned and bred by eventing legend Karen O’Connor, Mia Farley was in the irons and guided the big black gelding around the cross-country track seamlessly to earn a perfect 30 from the judges. Combined with their show jumping, overall evaluation, and general impression scores, Invictus earned the third-place ribbon with a score of 93.84.

In addition to his third-place finish, Karen O’Connor’s homebred Invictus was presented with the Born in America Award. This award is presented to the highest scoring horse at the Championship that is American-bred.

The T.I.P award is given to the highest scored Thoroughbred in the YEH East Championship, no matter what age division. This award is given to encourage the retraining of Thoroughbreds in other disciplines upon completion of careers in racing or breeding. The winner in the YEH East Coast 4-year-old Championship was Judge Johnny (Empire Maker x Lucas Street) owned by Bonne Chance Farm, LLC and ridden by Carleigh Fedorka. The 5-year-old T.I.P winner was Lincoln’s Address ridden by Phillip Dutton. 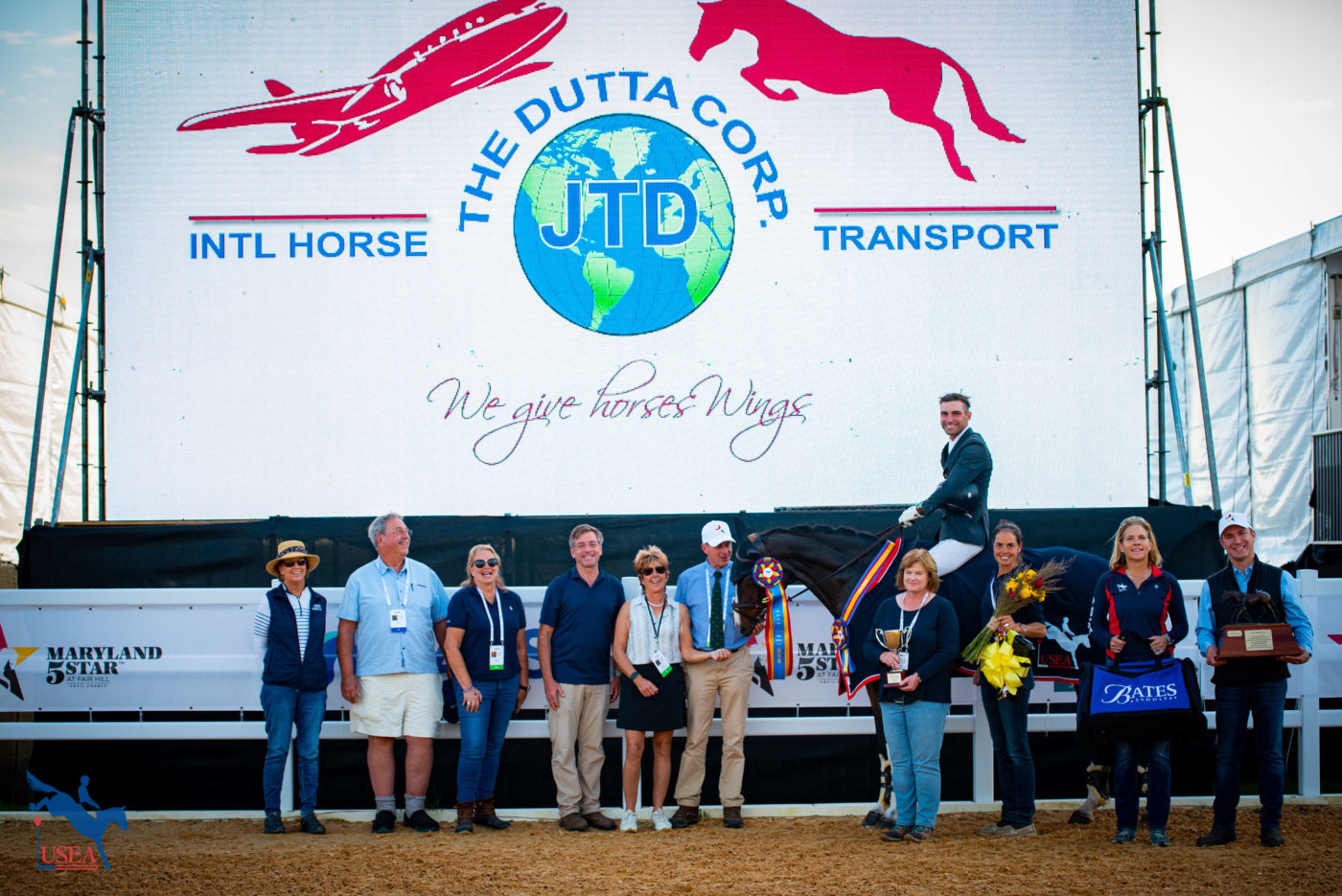 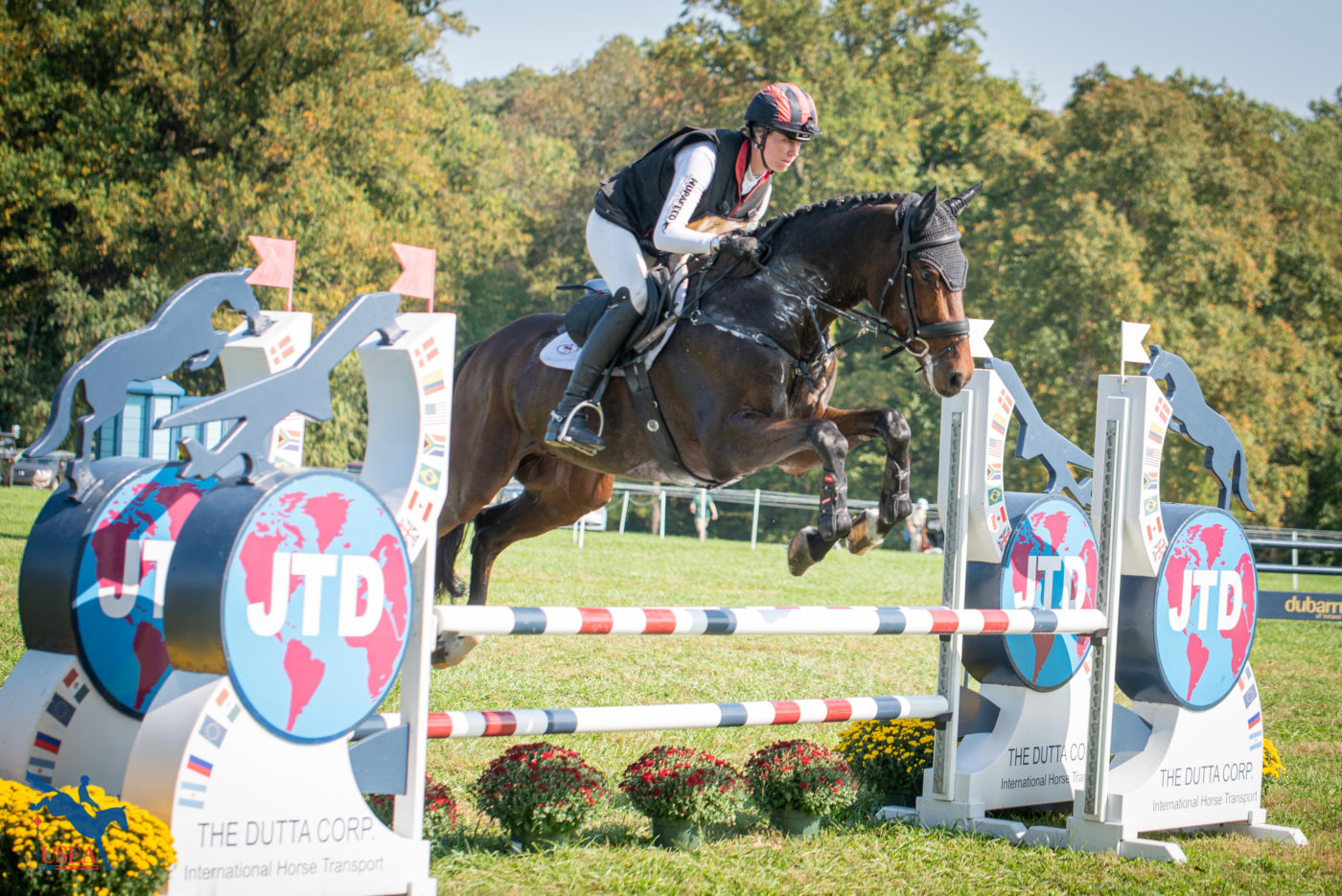 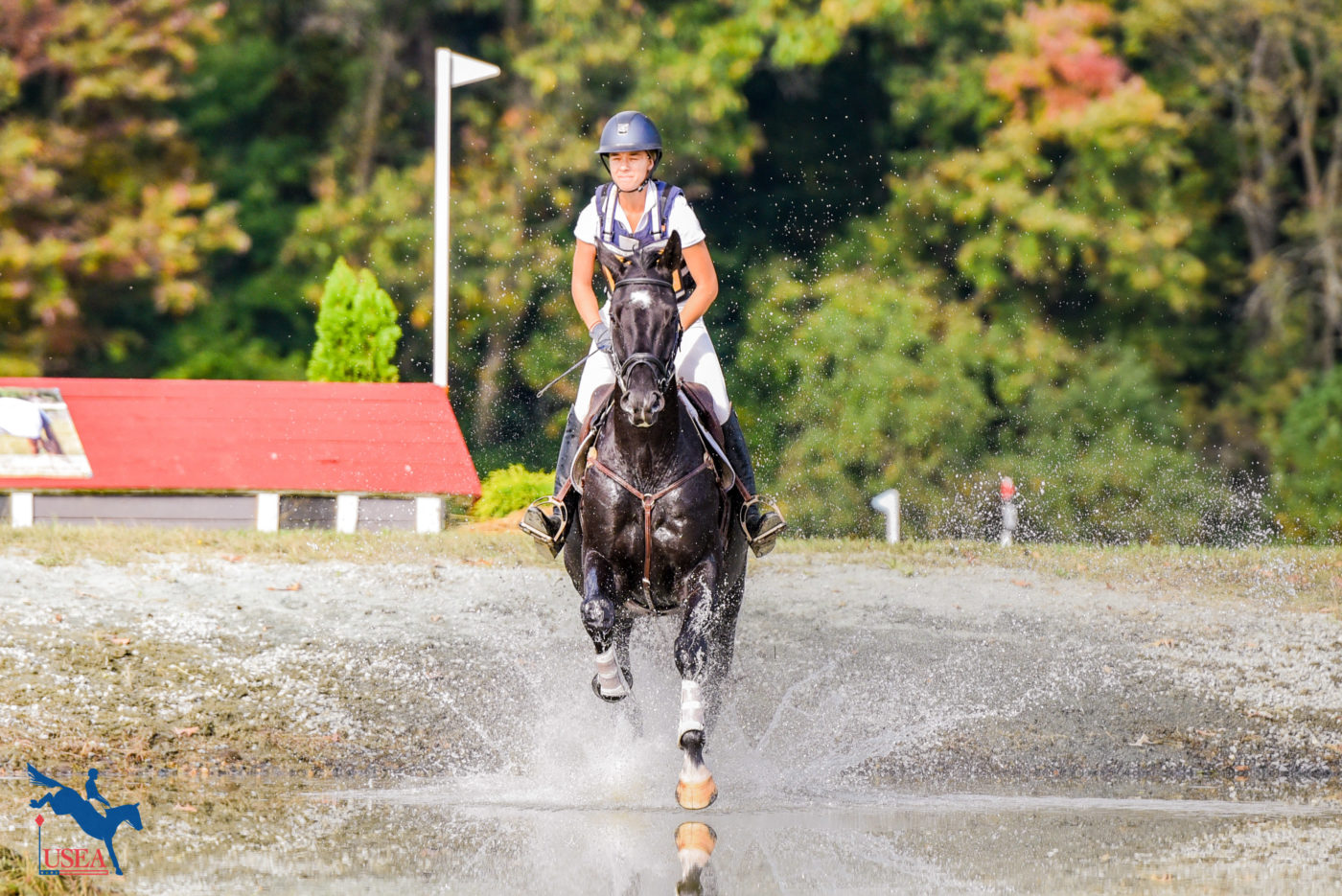 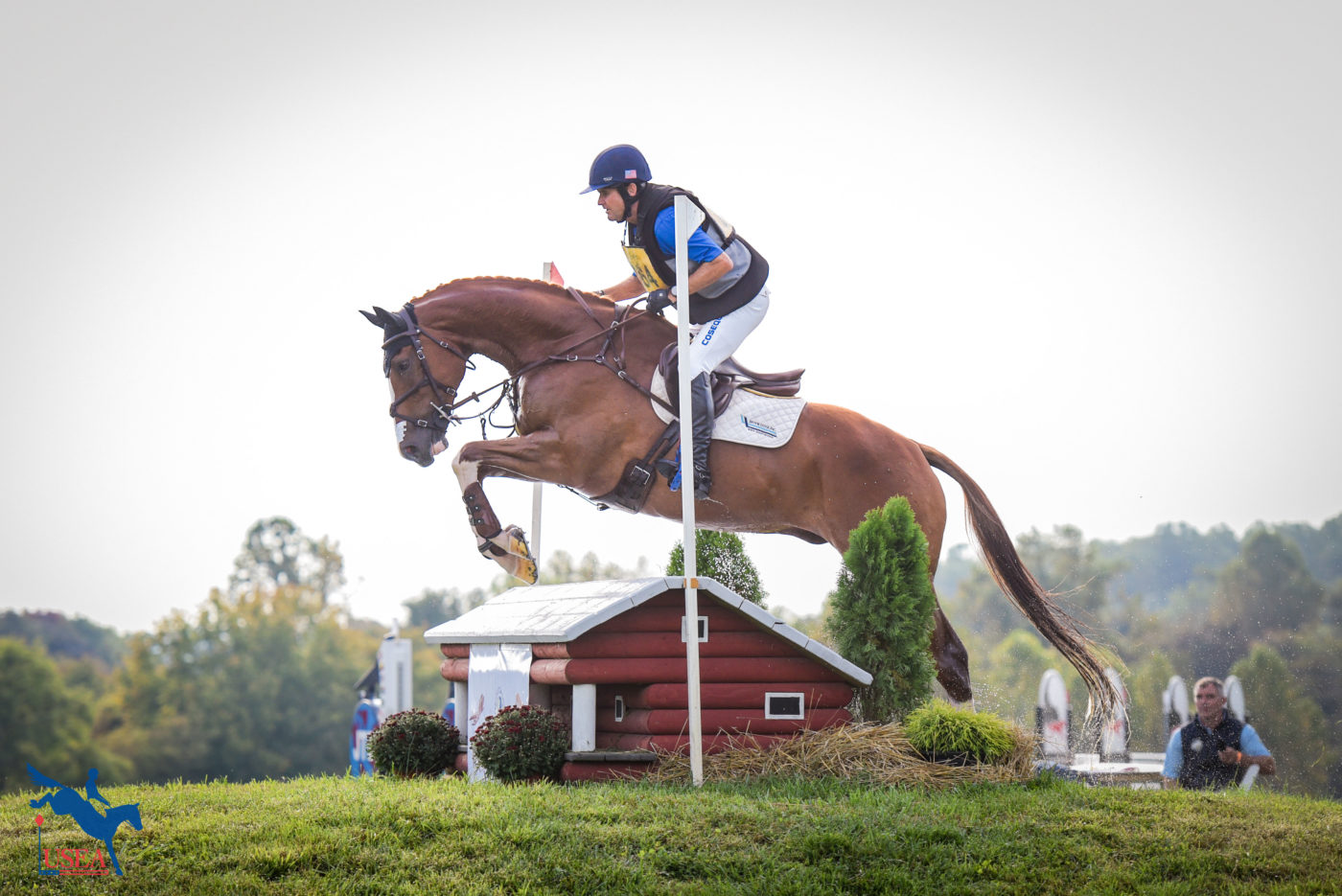 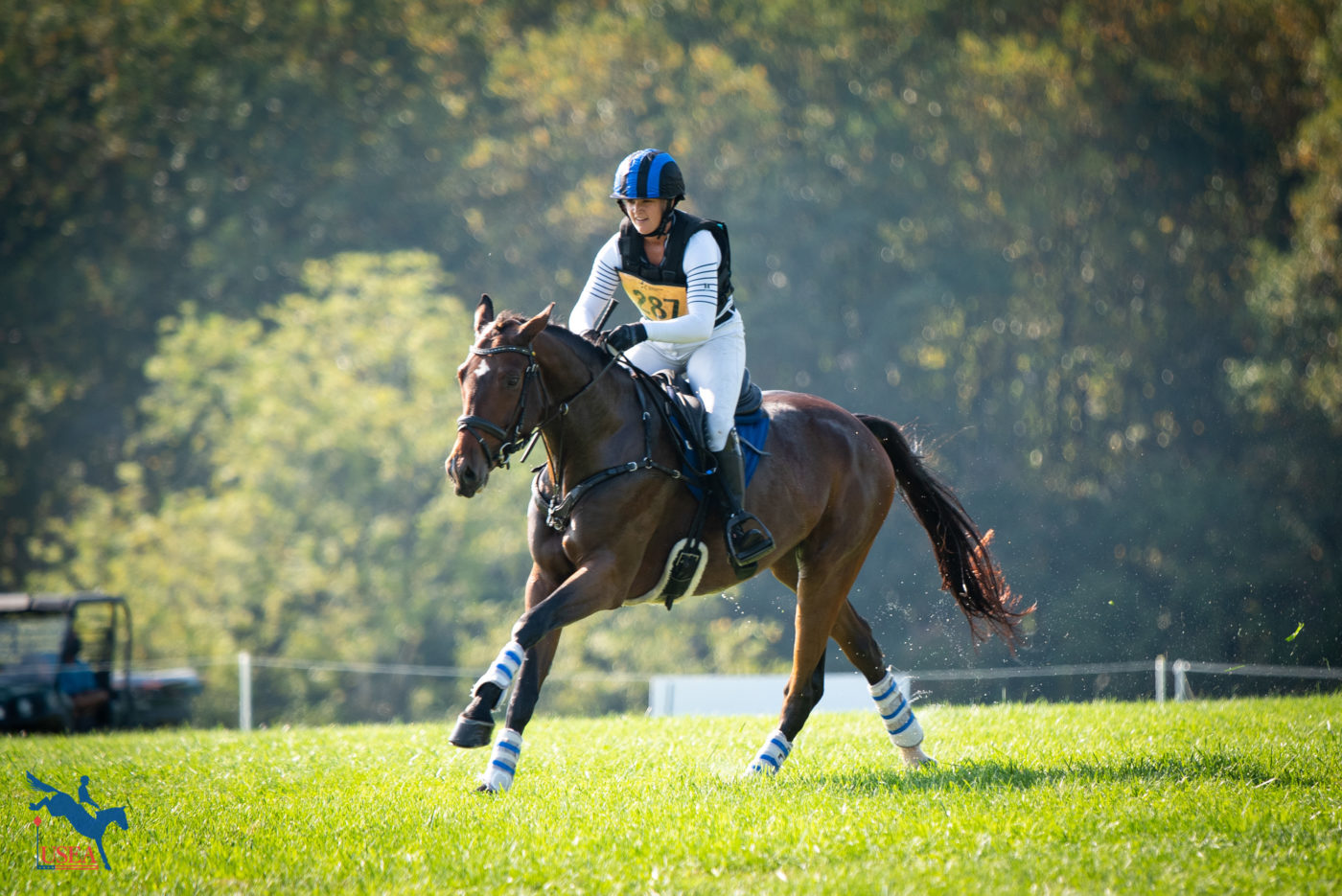 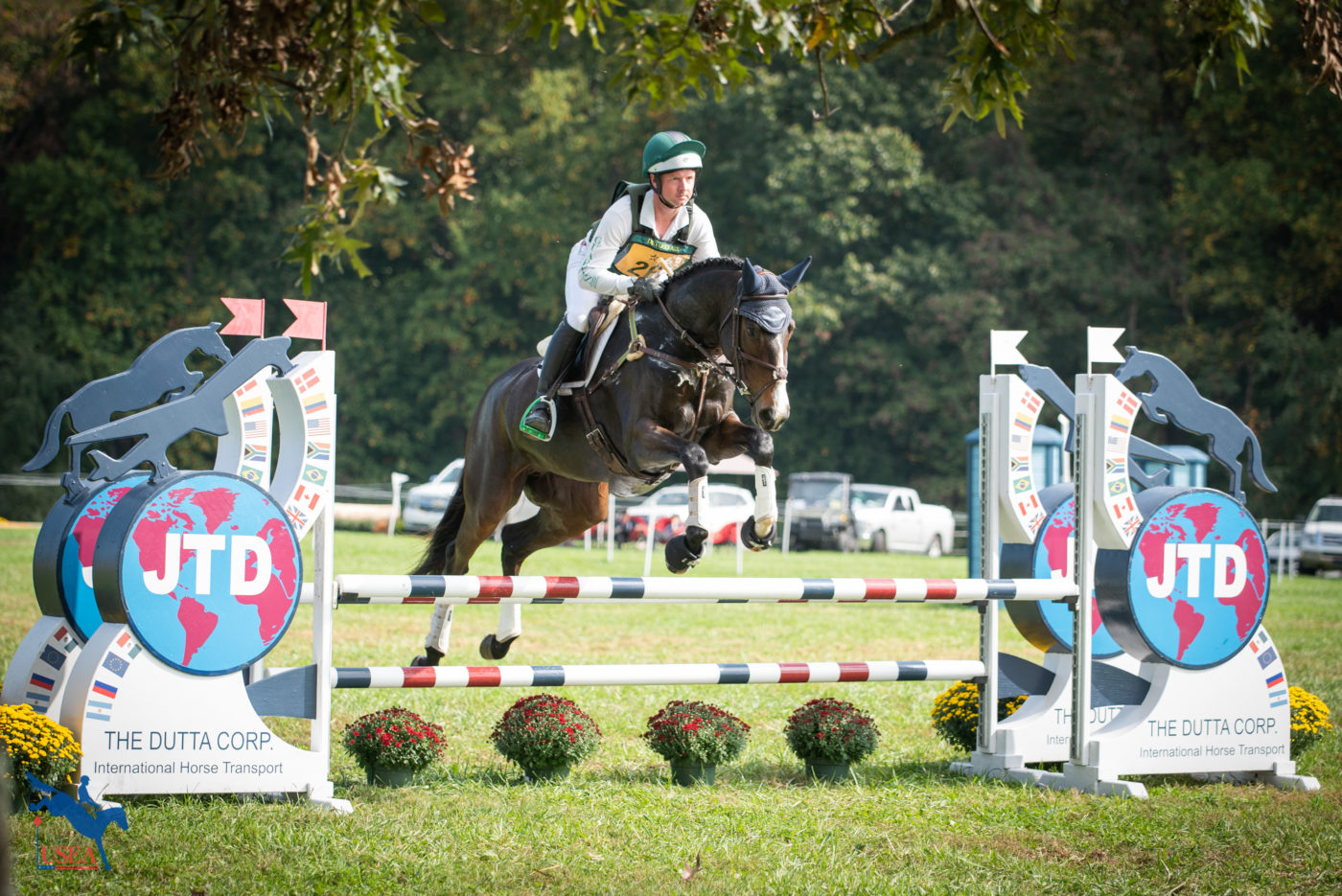 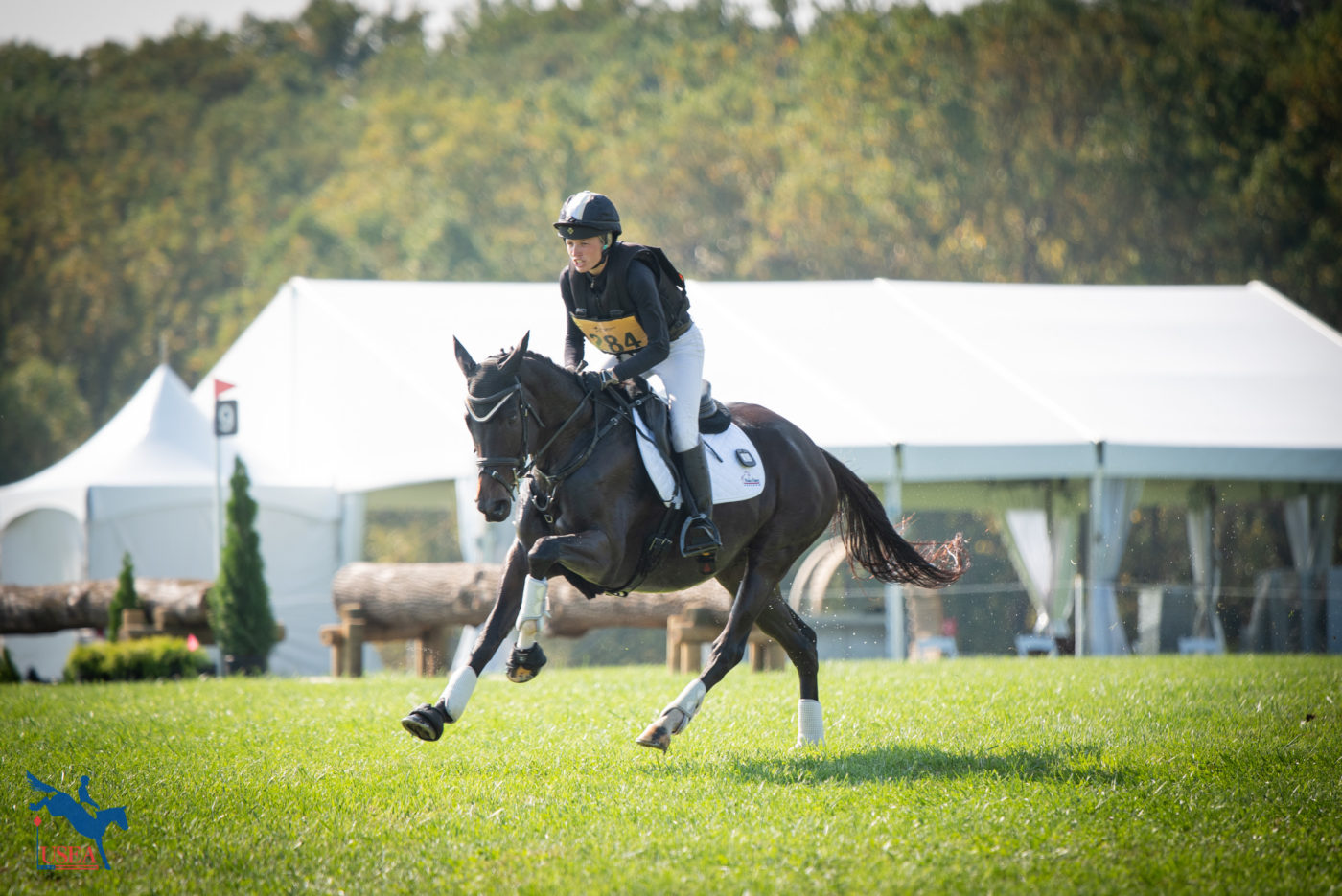 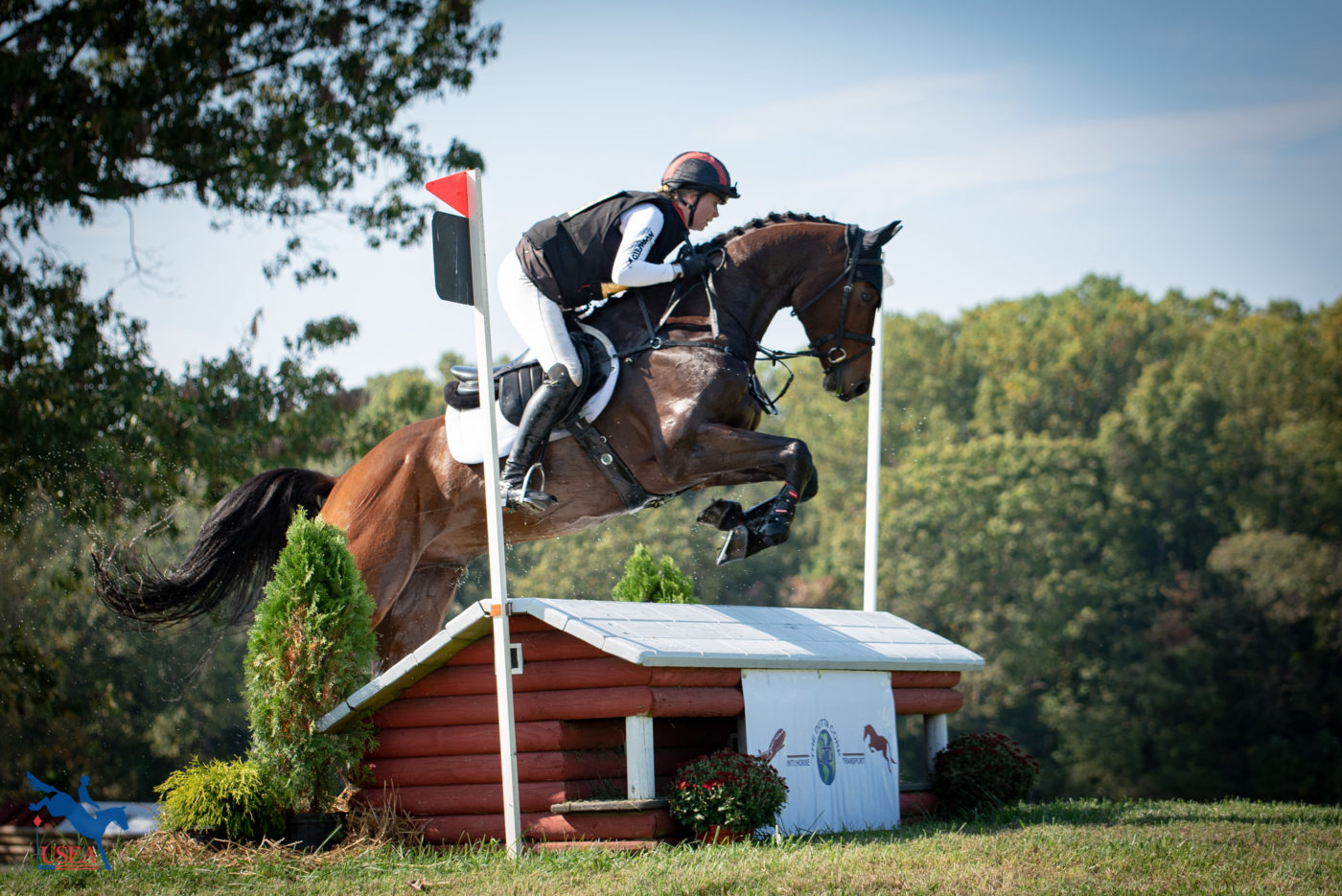 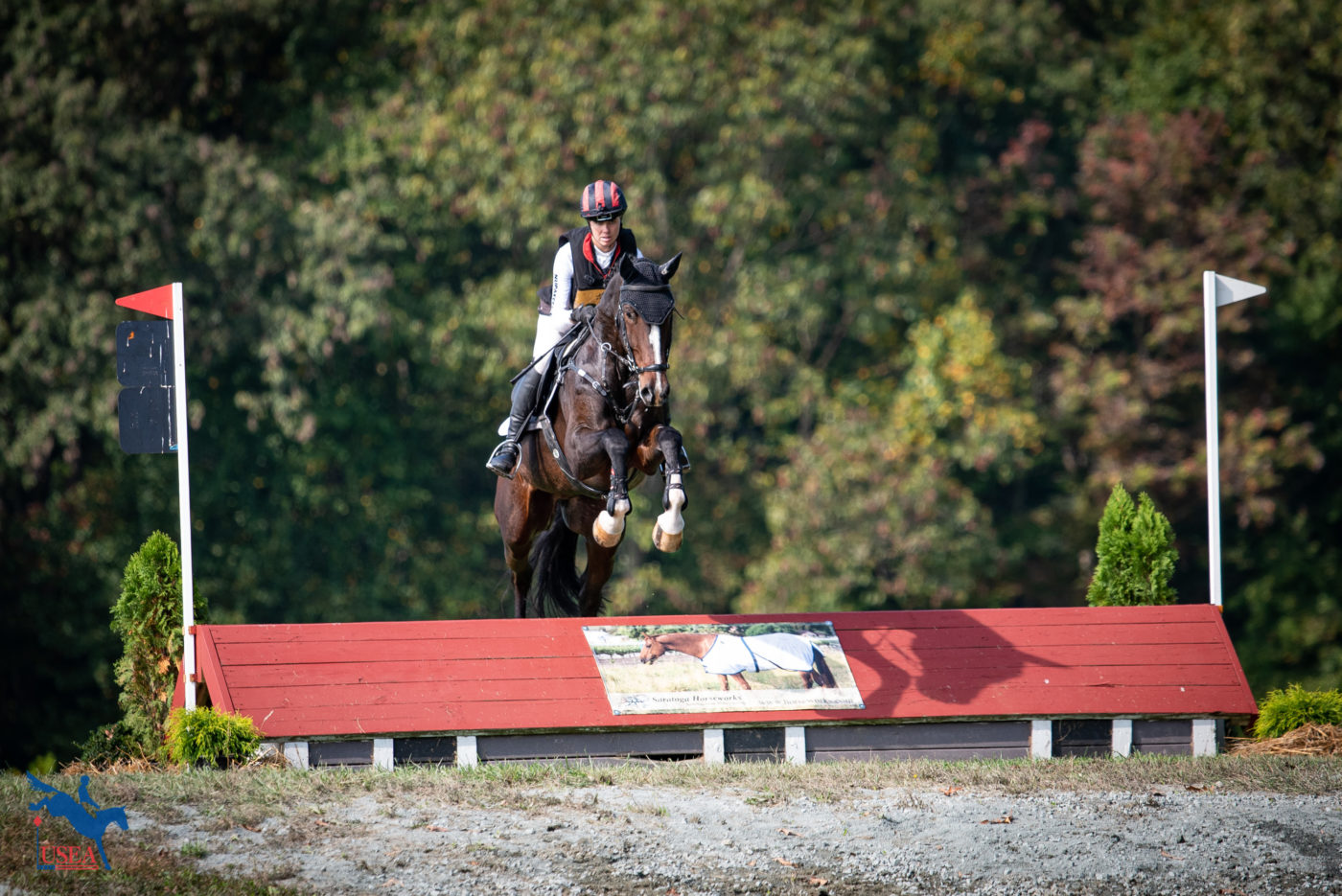 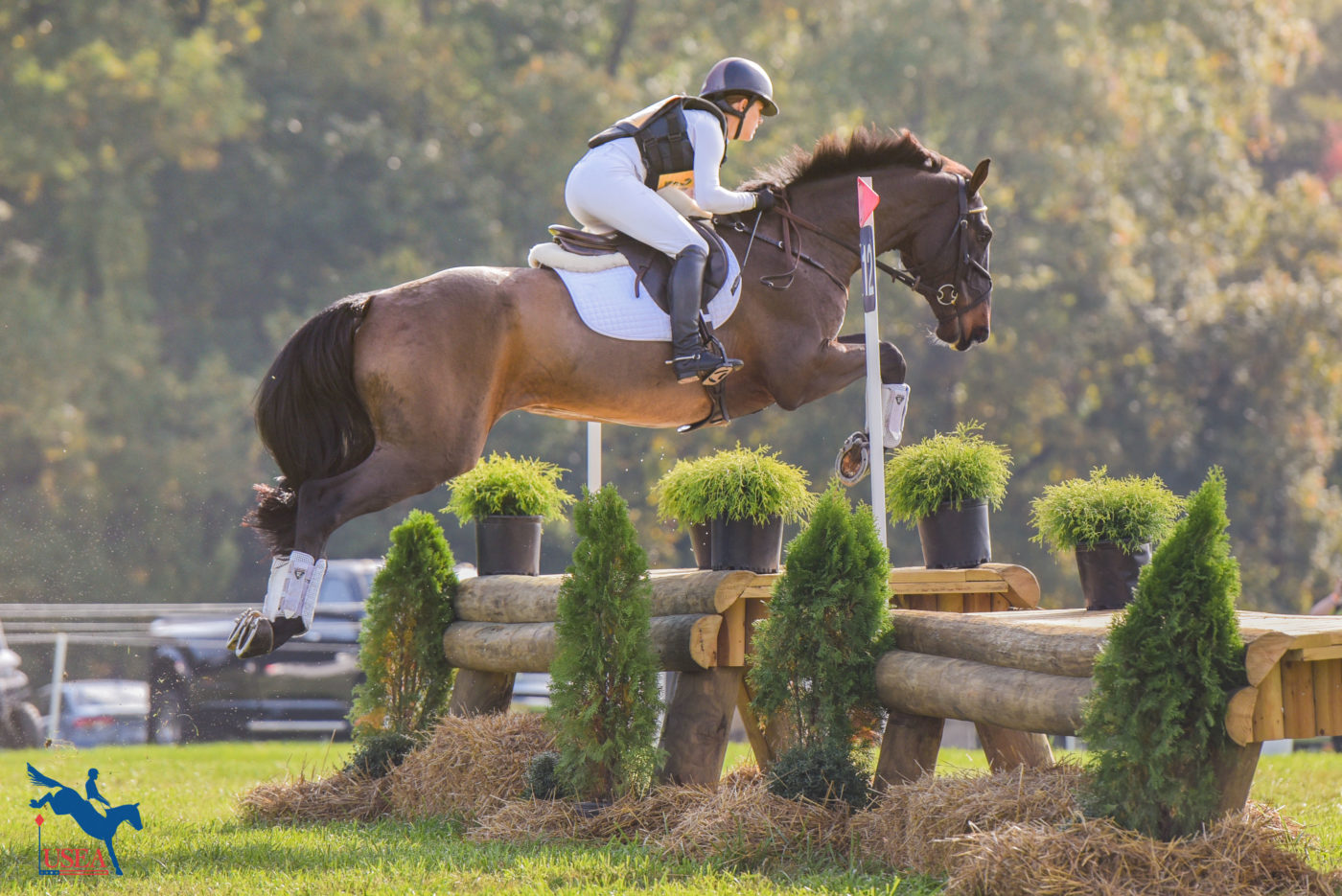 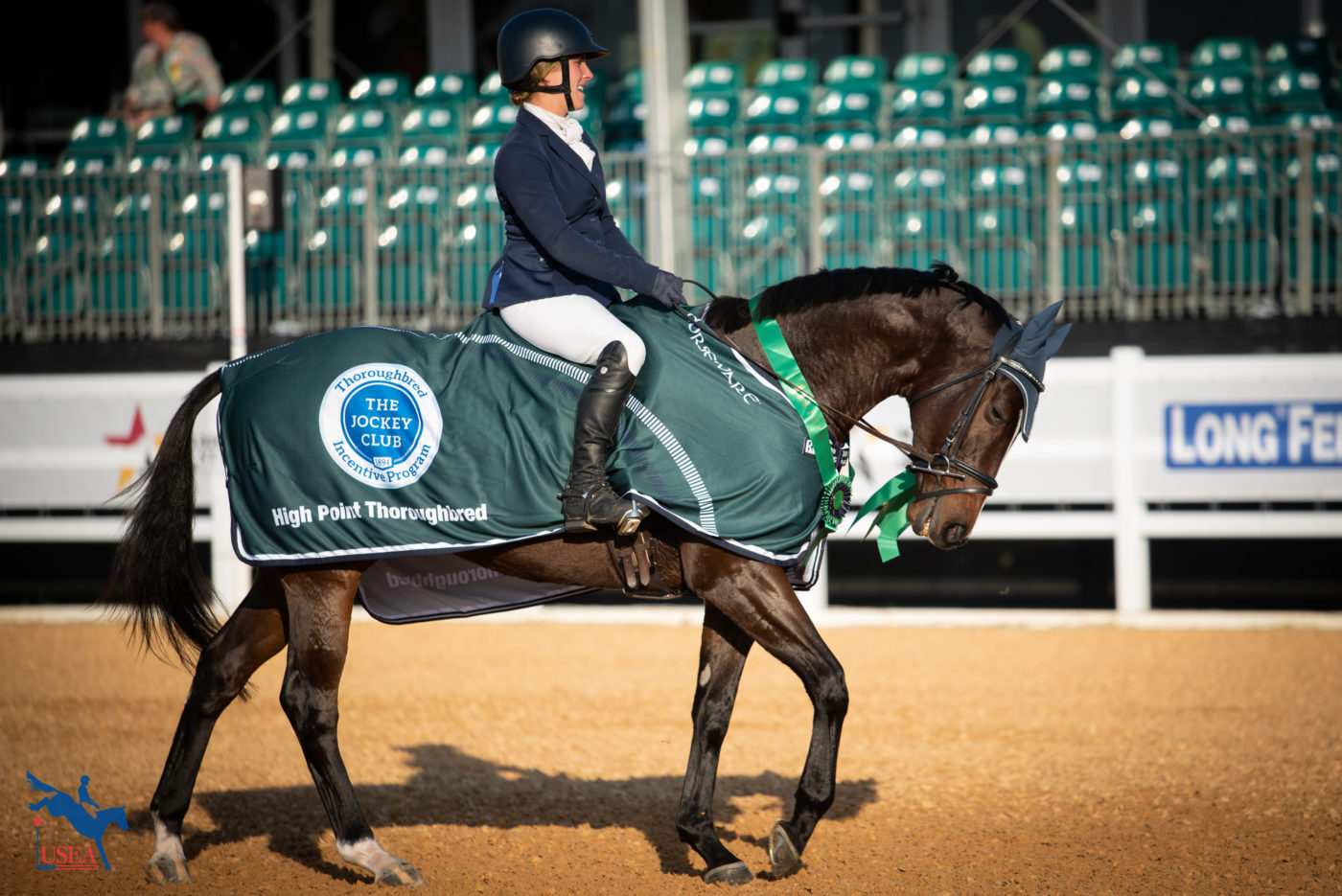