The Fork CIC3* at the Tryon International Equestrian Center is wearing several hats this weekend as it is serving as the official eventing test event for the upcoming FEI World Equestrian Games (WEG), is a qualifying competition for the Adequan USEA Gold Cup Series, and for many is a final run before heading to the Land Rover Kentucky CCI4* later this month.

The CIC3* division is being run as closely as possible to the WEG schedule with a formal jog on Wednesday, two days of dressage followed by cross-country and show jumping. While there are only 37 entries in the division, dressage was split over two days with 19 pairs heading down the centerline in the George Morris Arena today. It was a bit of déjà vu from last year’s Fork CIC3* as Marilyn Little and RF Scandalous, Jacqueline Mars and Phoebe and Michael Manders’ 13-year-old Oldenburg mare (Carry Gold x Richardia) top the standings once again. In 2017 the pair held the lead through all three phases – will they do it again?

“This is her final competitive run before [Kentucky], and I was really thrilled with how she was today given that she’s incredibly fit right now,” said Little after her test which scored a 24.2. “My plan was to get her as fit as I could by this time and then be able to back off with her a little in April to be able to fine-tune some things before [Kentucky]. She is coming into the event right where I would like her to be by the last week of this month.”

As one of the perks of the WEG test event, the CIC3* had live scoring running in the ring for each movement. RF Scandalous wasn’t trending at the top for her trot work, but as soon as she started her canter she moved into first and never relinquished it. “I think she is much more mature than she was a year ago at this level of fitness. She went in there and I think she did some of the best canter work that she has ever done; I was really happy with her changes,” said Little. “She is a dream.”

Cross-country will be held on Saturday on the same ground as September’s WEG, but the course is much more similar to last year’s Fork than it probably will look this fall. “I haven’t decided yet how fast I am going to let [RF Scandalous] run on cross-country,” explained Little. “It is the same ground they will be running on in September, so there is a lot of riders that will want to have a positive, relaxed experience while there are some that are also really going to use it as a fitness push towards [Kentucky]. You have to weigh the options. There are certainly things I want to get accomplished with her out there.”

Phillip Dutton rode both of his two horses into the top five today. Kristine and John Norton’s 14-year-old KWPN gelding (Lupicor x Jarda) held the lead throughout most of the day on a 26.4 and currently sits in second.

Jordan Linstedt and Revitavet Capato, the 15-year-old Hanoverian gelding (Contendro I x Annabelle) owned by Jordan and Barbara Linstedt, left no breathing room for Dutton as they are just .3 behind in third on a 26.7.

The 18 remaining CIC3* pairs will have their turn in the dressage arena beginning at 10:00 a.m. tomorrow.

View the full scores here and the live stream here.

While the CIC3* pairs had the George Morris Arena as the backdrop for their tests, the Adequan USEA Gold Cup Advanced riders had no less atmosphere in Ring 4. Lynn Symansky claimed the top two spots with her rides in the A division, but the ringside noise almost prevented that.

“This kind of atmosphere is hard for [Donner] because there’s enough of it, but there’s not a lot of people,” said Symansky about her second-placed horse, Donner who scored a 28.2. “He is almost better if there are a ton of people to drown out the noise. He does get very distracted by just one or two kids on the side. I think that ring actually was pretty hard because you have the hammocks near the bar and there were about 15 screaming children on those things when I was riding [Under Suspection], she was the first one in and it sounded like a gang of monkeys were attacking each other. And thank God I was on her first because I think Donner would have bolted out of the ring. I made my mom go over there and tell the kids to be quiet when Donner came in the ring, so I kind of cheated.”

The atmosphere may have been a lot, but it didn’t stop Symansky from scoring a 25.7 with Under Suspection, Mary Ann Ghadban’s 14-year-old Holsteiner mare (Contender x Naomagic I).

“The mare is still a newer ride for me, so I’m trying to figure her out a bit more each time I go in the ring,” said Symansky. “I thought her trot was really good. The trot and walk were great, I made a mistake in one of the changes, but I’m starting to go in and know what I’m going to have each time. She comes out the same horse every time – she is very different from her counterpart Donner just in terms of how you prepare them for the day. It is good for my riding to have horses that are so different from each other.”

As for her longtime partner, Donner, the Donner Syndicate’s 15-year-old Thoroughbred gelding (Gorky Park x Smart Jane) Symansky said, “Donner did a very good test. He’s not blessed with the movement that [Under Suspection] has, so he has to go in and do a very accurate, workmanlike test, and he did, and he’s so reliable at this point in terms of knowing how I have to prepare him for the day.”

Only eight riders chose to ride Advanced Test B and it was a horse not known for his dressage prowess to top the division.

“He tries really hard, he’s not really built to do dressage but he’s improved so much,” said Will Coleman of his longtime partner, Obos O’Reilly who scored a 24.5 to take the lead. “He did a clean test today, it wasn’t perfect but it was a clean test, and I think that’s probably good enough for the time being.”

“I’ve been working really hard at his dressage for forever,” continued Coleman. “He gets quite nervous and finding ways to keep him confident, but still on the job is always the trick. He’s getting better that’s all I can say, he keeps improving with age. I have kind of a soft place in my heart for him.”

The Four Star Eventing Group’s 15-year-old Irish Sport Horse gelding (Obos Quality 004 x Omard Clover Queen) won’t be on top for long, however, as he has already loaded up to go home alongside his stablemate, Tight Lines who was in the A division.

“He isn’t running this week,” explained Coleman. “He is going to run next week at Fair Hill, but it was important for him to get out and soak in this atmosphere and he handled it well. My plan for Oboe was always to do Badminton and my plan was to do Carolina 2* and Fair Hill 3* which gives him an extra week because he is an older horse. Tight Lines always runs better when he doesn’t run as much so going to do the same with him.”

Coleman did take a look at the cross-country track, however, and said, that course designer, Capt. Mark Phillips isn’t giving any clues for the WEG track and the course looks very similar to last year’s Fork CIC3*.

The Advanced divisions are following the same schedule as the CIC3* and will have tomorrow off before cross-country and show jumping on Saturday and Sunday respectively. 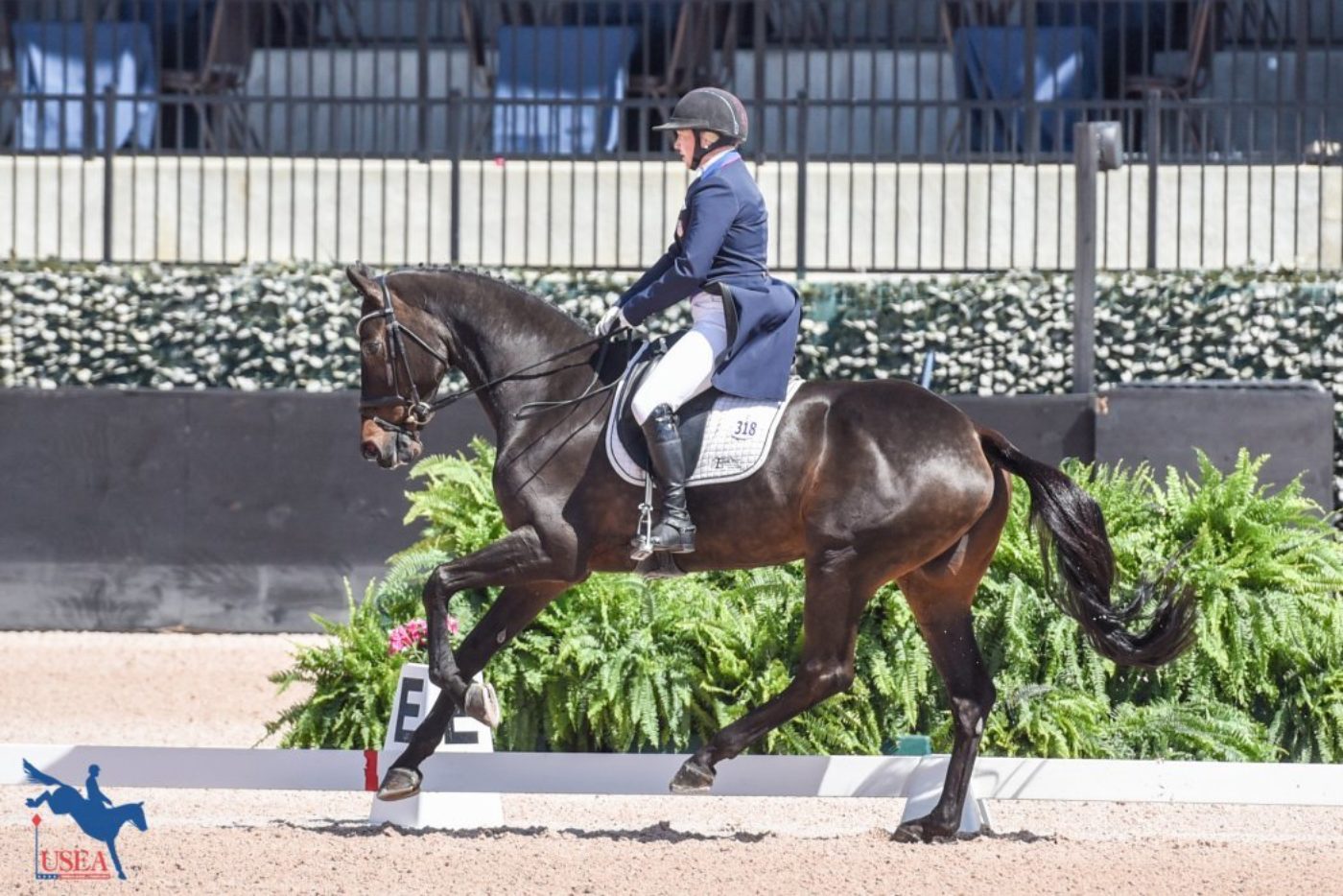 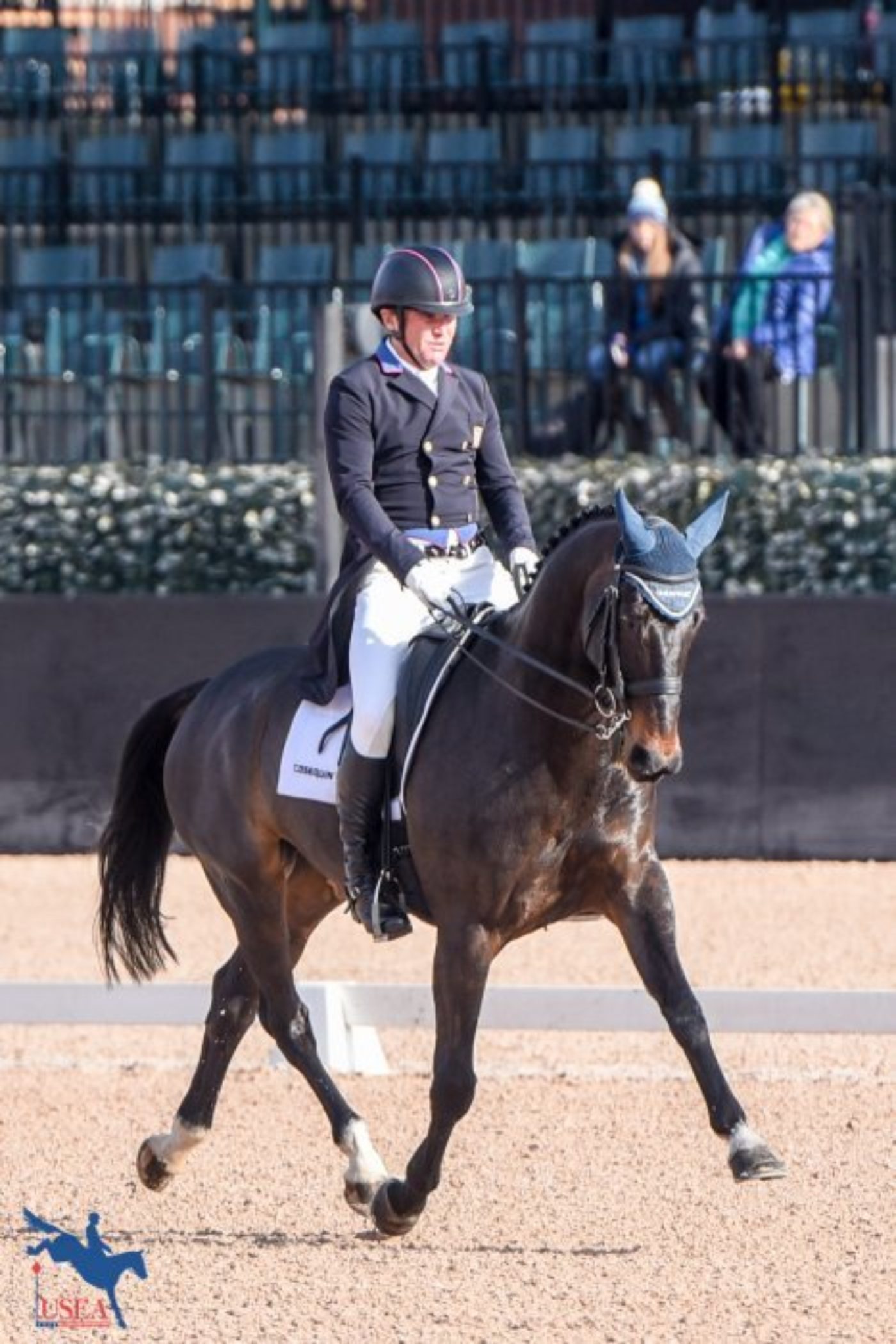 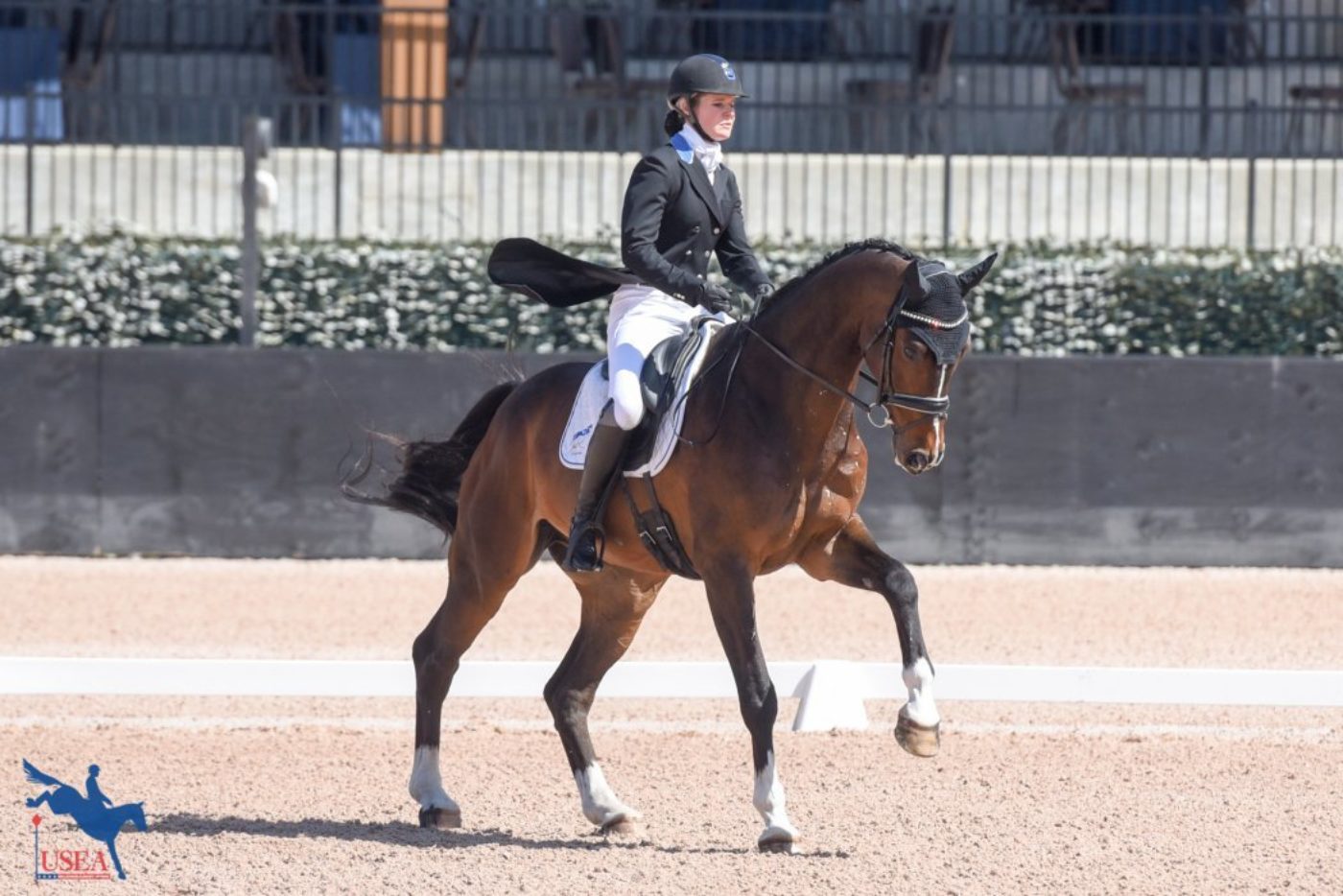 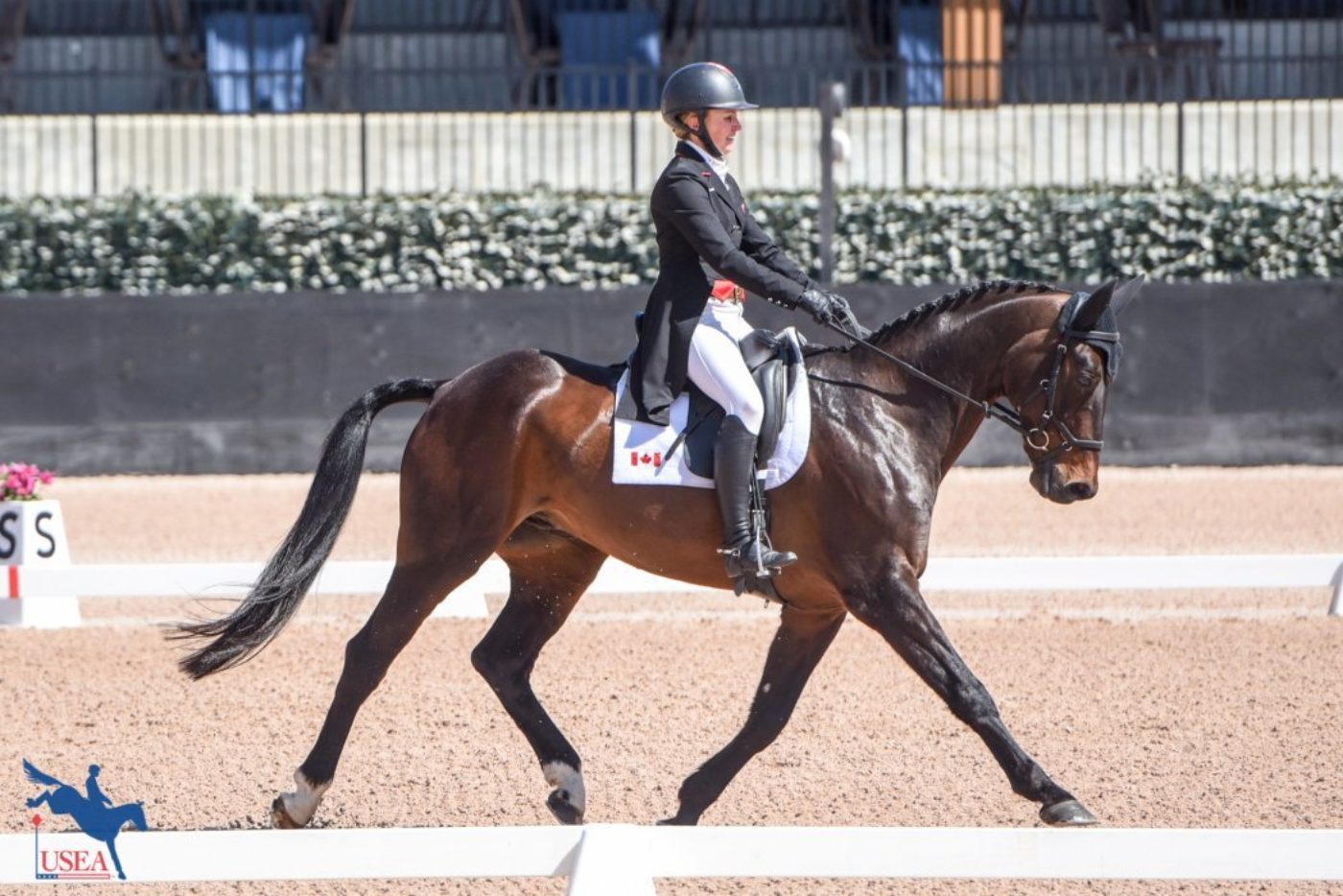 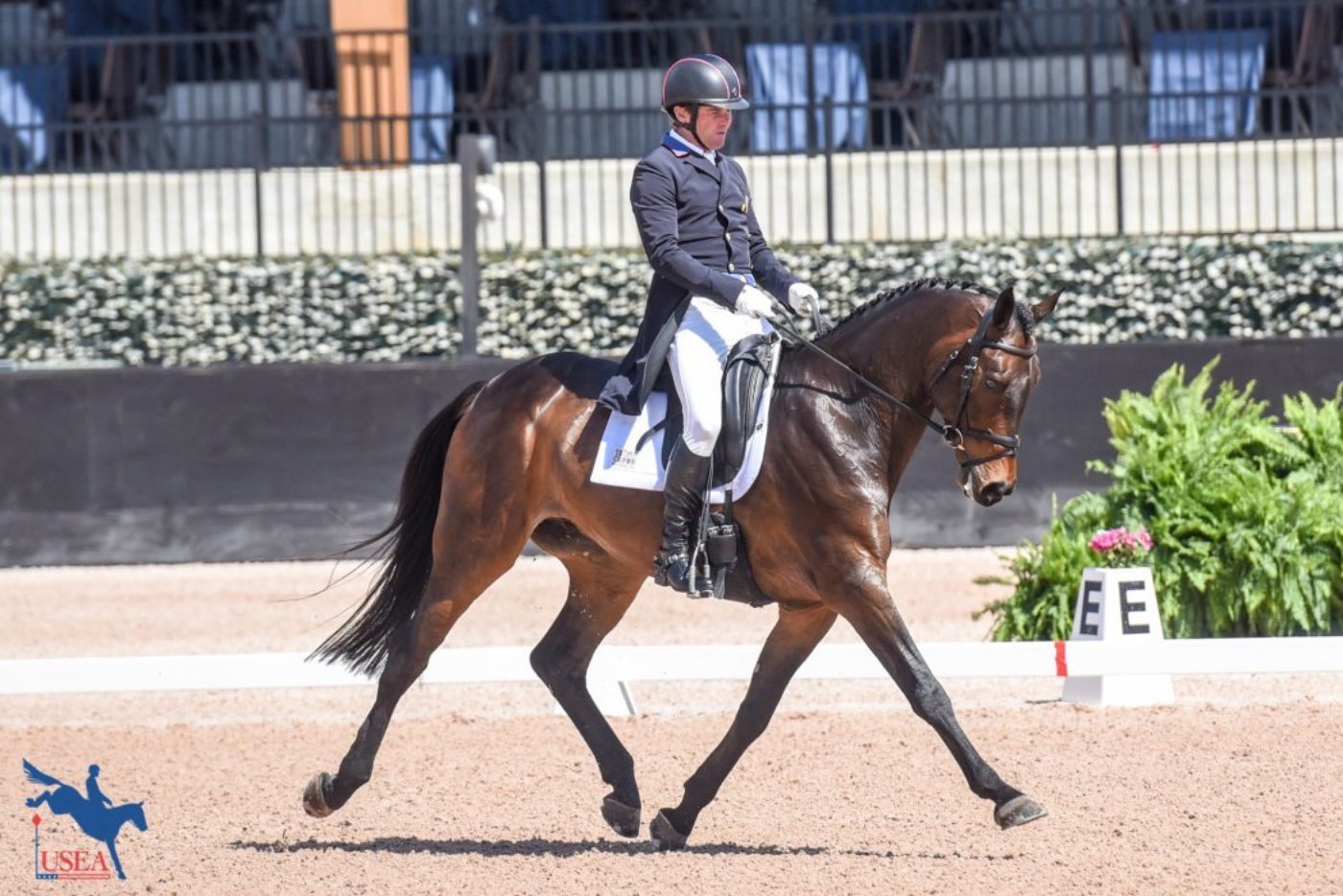 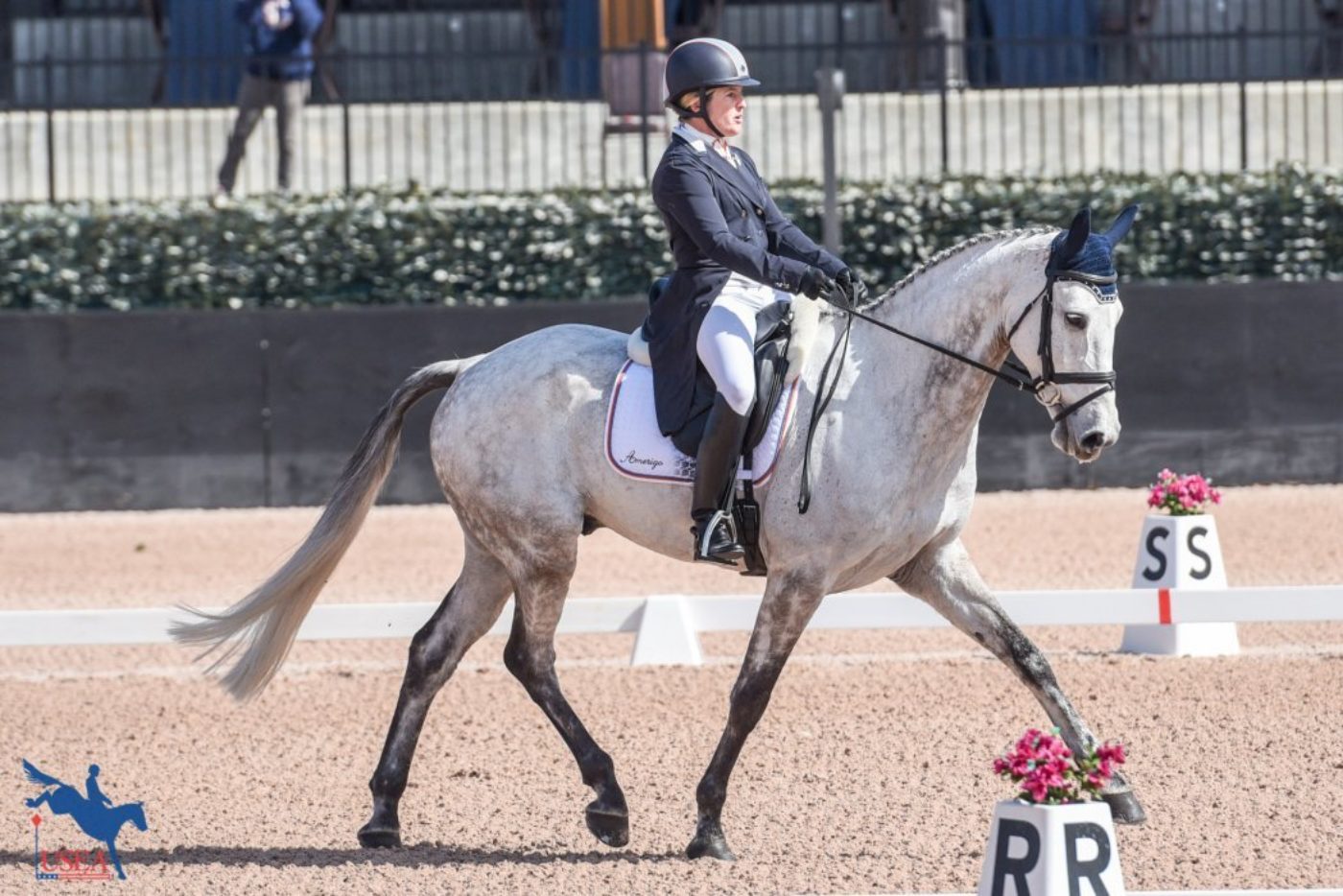 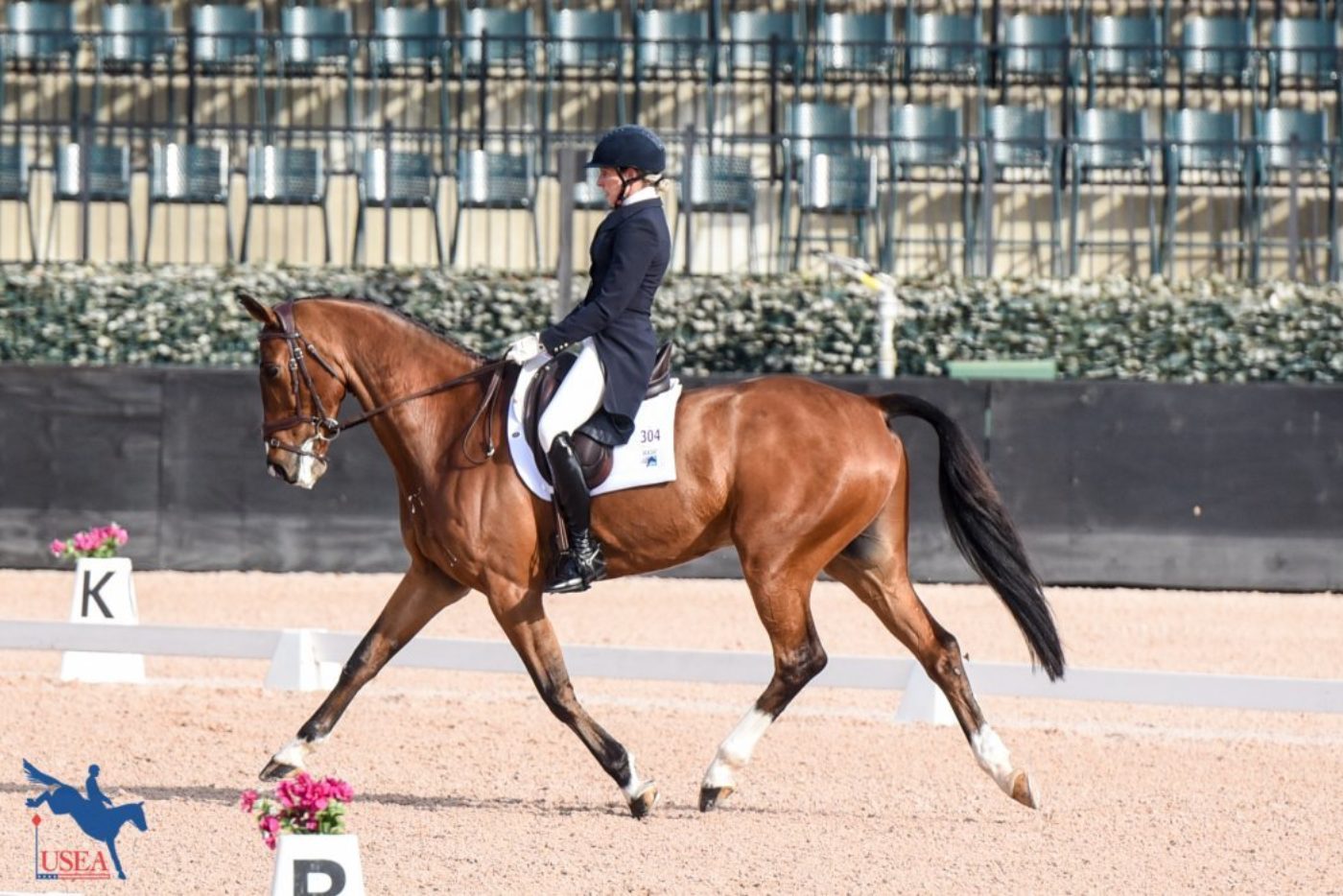 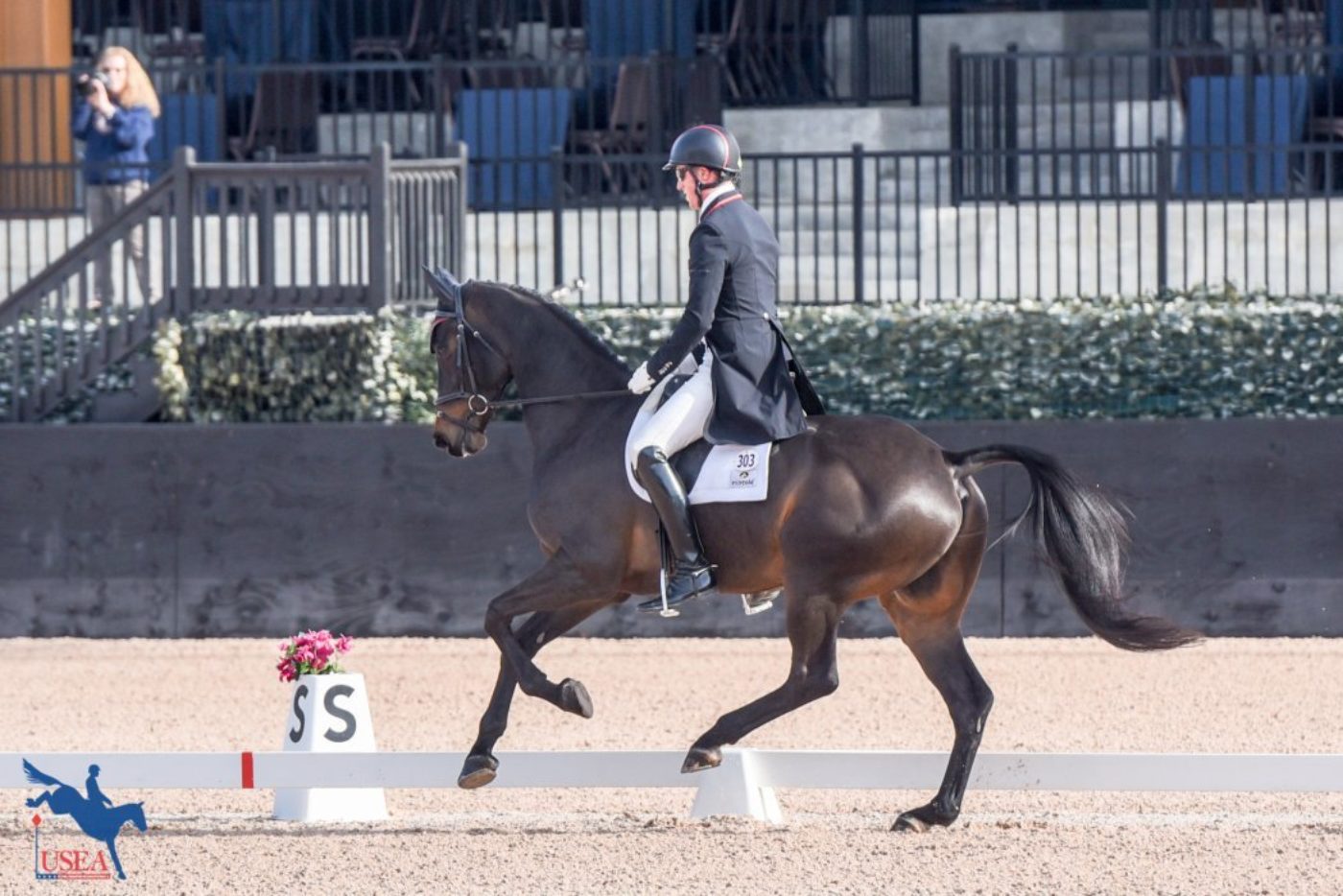 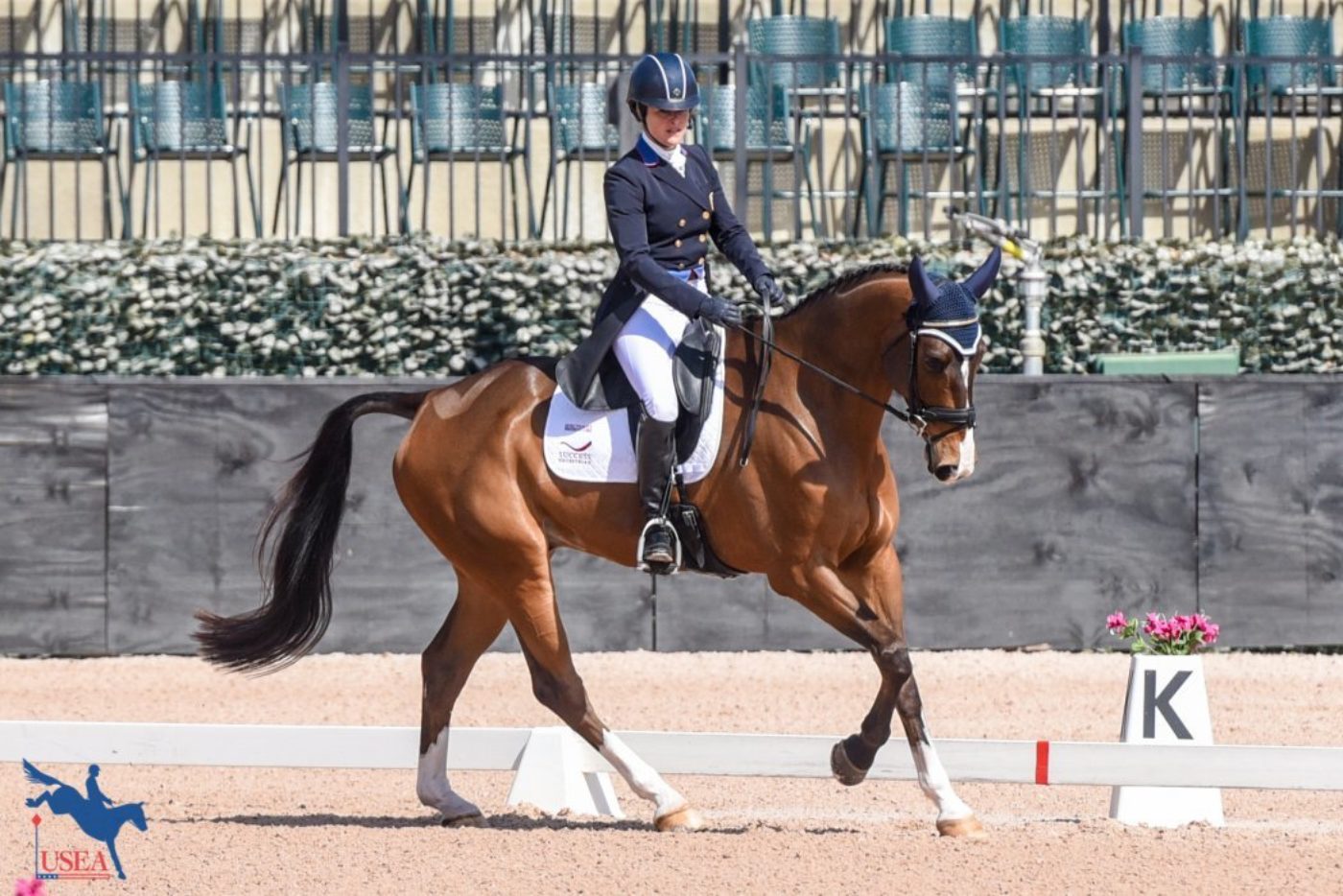 British CCI5*-L winner Laura Collett is recognized as a first-class producer of young event horses. Here are her top tips for introducing your young horse to cross-country: