Deniro Z Gets it Done at the MARS Great Meadow International

Time is always tricky to make on David O’Connor’s MARS Great Meadow International cross-country course and this year was no different. In 2019 not a single pair made the time in the CCI4*-S, but this year five of the 60 horses who started managed to finish under the optimum time of 6 minutes and 45 seconds. This was extra impressive considering temperatures reached in the 90s and yesterday’s heavy rain left the ground a bit holding in places.

While the class wasn’t run in reverse order of placing it might have well been as momentum built throughout the afternoon as the leaderboard constantly shuffled due to time penalties. It was the final pair of the day on course who ultimately took home the win and set a new venue record finishing score. Liz Halliday-Sharp and Deniro Z, the 12-year-old KWPN gelding (Zapatero VDL x Zonne-Trend) owned by the Deniro Syndicate and Ocala Horse Properties, started the weekend in fourth, but finished in first on a score of 24.2.

Will Coleman and Off the Record (VDL Arkansas x Drumagoland Bay), the Off the Record Syndicate’s 11-year-old Irish Sport Horse gelding, lowered a rail this morning to drop from second to sixth, but their fast and double clear cross-country round had made them the leaders when Deniro Z set out of the start box.

“My goal was to win,” said Halliday-Sharp. “My owners were jokingly saying ‘you better win this weekend,’ and I said, ‘well that is my plan.’ I wasn’t totally sure if I would be able to do it because I know how fast Will is. When he had a rail I thought ‘well it is on,’ but he is so fast and had an absolutely mega cross-country round. I was in the warm-up and heard that he went inside the time and I thought ‘right then I better just get this done.’”

Get it done they did – finishing with the third-fastest time of the day and earning their first CCI4*-S win. “He is such a wonderful horse. He just tries so hard and we have such an amazing partnership now,” said Halliday-Sharp about Deniro Z. “There are still a few things that can be better. In the dressage he did a personal best which is really, really great. The show jumping was one of the best rounds I think we have ever had. And cross-country he was mega. I was maybe a little chancy in a few places and had a few sketchy ones, but for the most part it was a good round. I just really had to get the job done.”

Despite being the last on course after a full day of cross-country and a night of rain Halliday-Sharp said, “I thought the ground held up amazingly well. I thought it was going to be really, really wet. Obviously, there were a few spots that were a bit sticky, so the horses got tired, but I think for the most part it was really, really good. I think they have done a wonderful job to keep the turf so impeccable which saved us all.”

Coleman and Off The Record, who won the 2018 edition of the Great Meadow International CCI4*-S, ultimately ended up as reserve champions. Third place went to Erin Kanara and Paddy The Caddy, Frank McEntee’s 13-year-old Thoroughbred gelding (Azamore x Slamy), who added 1.8 time penalties to their overnight score.

There were two rider falls on course – Halliday-Sharp fell from Flash Cooley, but was up quickly and said she is just fine. Jennie Brannigan fell from Bliss III, but also walked away and went on to ride her other horses. There were also three retirements and five riders picked up jumping penalties, but overall is was a safe and successful day for the return of the CCI4*-S level.

Like the CCI4*-S, the time was hard to make in the CCI3*-S with just three riders crossing the finish line under the time allowed of 6 minutes and 27 seconds. Overnight leaders Lynn Symansky and RF Cool Play, the Donner Syndicate’s 12-year-old German Sport Horse gelding (Condors Champion x Roxana), added six time penalties to their score, but still had enough in hand to finish ahead of second place by nearly two points.

RF Cool Play, who was on the Pan American gold medal-winning team last year and earned the individual silver medal, is an experienced Advanced horse, but with only one Preliminary run under his belt since the return of competition Symansky decided to compete him in the CCI3*-S.

“I thought he put in three really good phases,” Symansky said of ‘Coolio’. “His dressage is very fancy, but sometimes he tries too hard. I thought it was a good combination of having enough relaxation, but still showing off his flashiness. In the show jumping I thought he jumped a really smart round and the cross-country felt very easy for him. There was some trouble out there though, so I was feeling lucky to go into that phase on a more seasoned horse.”

Symansky lives just a town over from Great Meadow and has had good success at her hometown event; she won the CCI4*-s last year with Mary Ann Ghadban’s Under Suspection.

“I think it is a bit of luck, but I also know the venue well and it is nice to be able to have the horses at home and work out from your home base, but still then get to go into a highly competitive atmosphere,” explained Symansky of her back-to-back wins. “I think some weekends it is yours and some weekends it isn’t. Even in a weird year without any people, it is still nice to be riding in front of your home crowd and get cheers as you go around. It definitely adds to it. It is the same feel you get when you go to Kentucky or a big atmosphere like that – it makes it more special.”

Halliday-Sharp added to her ribbon collection with a second place aboard The Monster Partnership and Ocala Horse Properties’ Cooley Be Cool, a 7-year-old Irish Sport Horse gelding (Heritage Fortunus x HHS Carlotta). Third place went to Meg Pellegrini and her own RF Eloquence, a 15-year-old Holsteiner gelding (Contender x Ginger). They were the first pair to make the optimum time and moved up from 15th place.

Find all the results here and catch up on all the replays on Horse & Country TV. 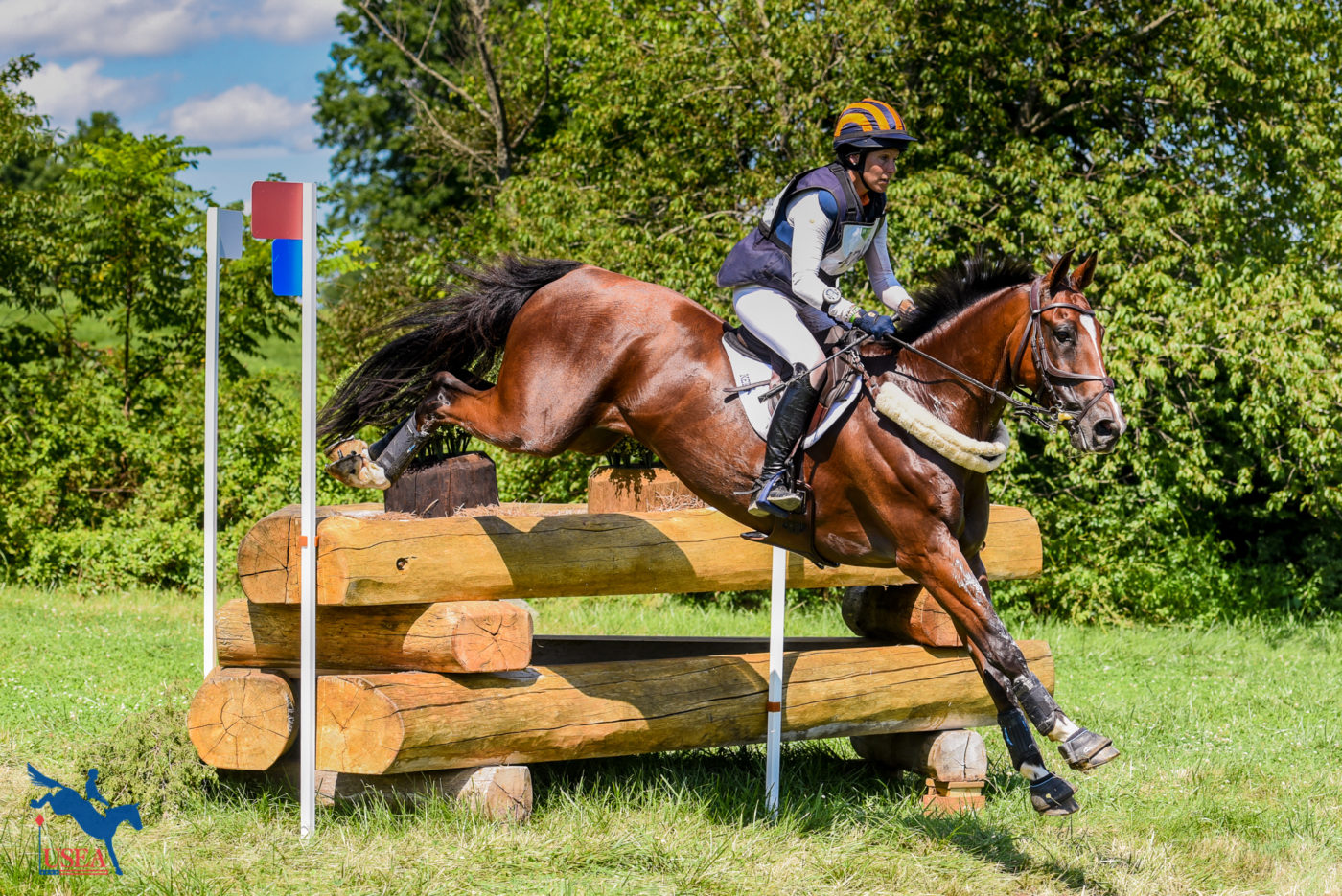 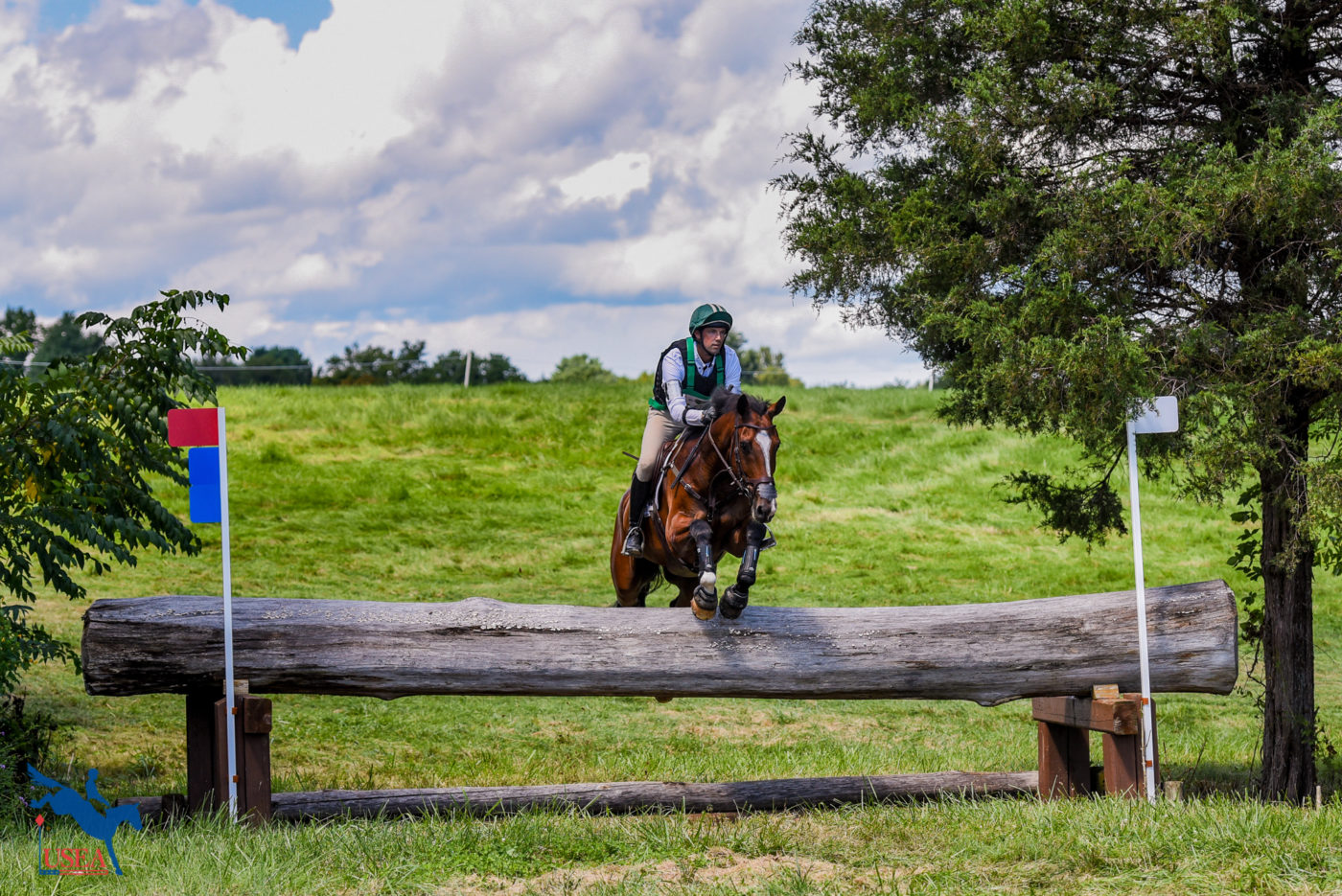 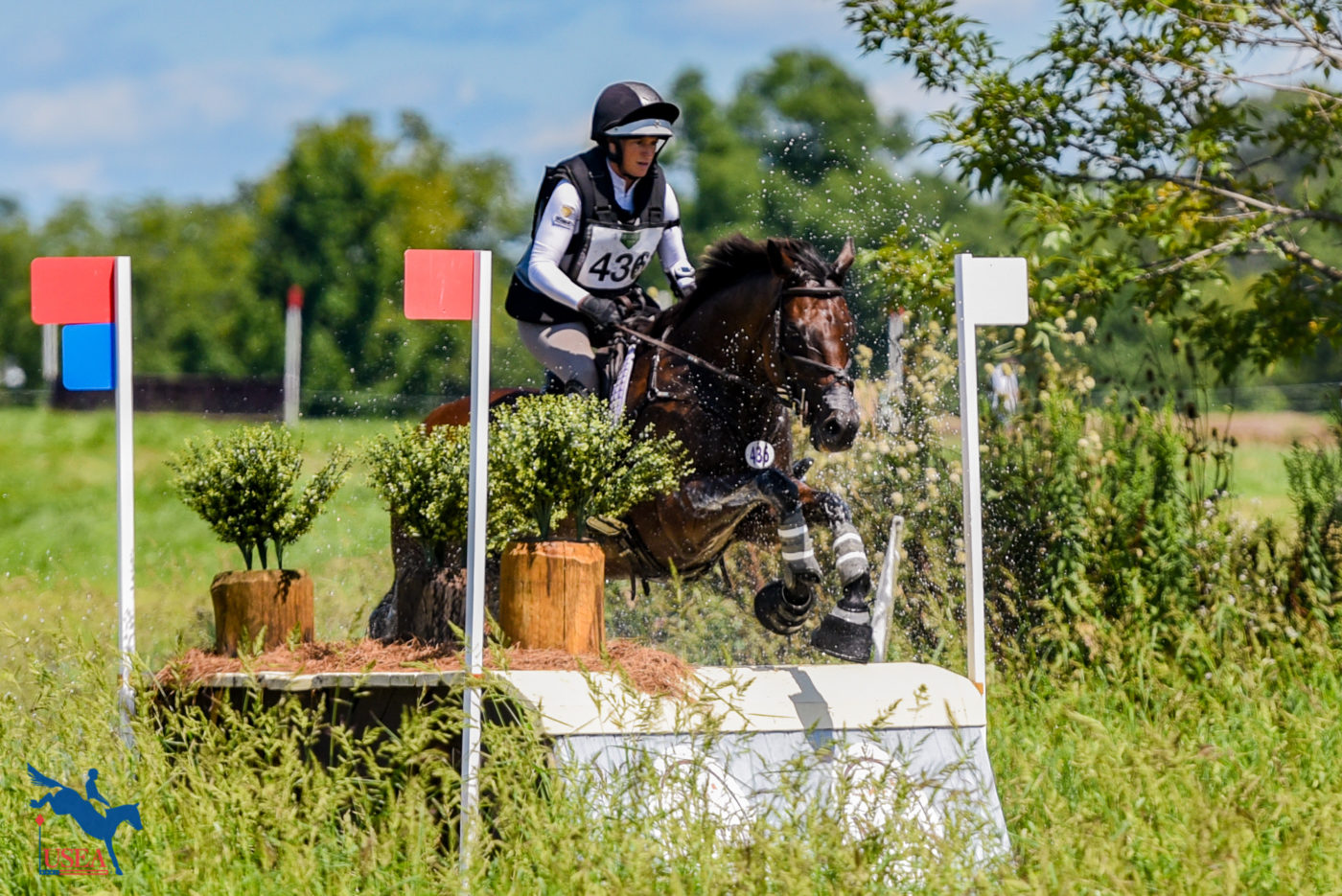 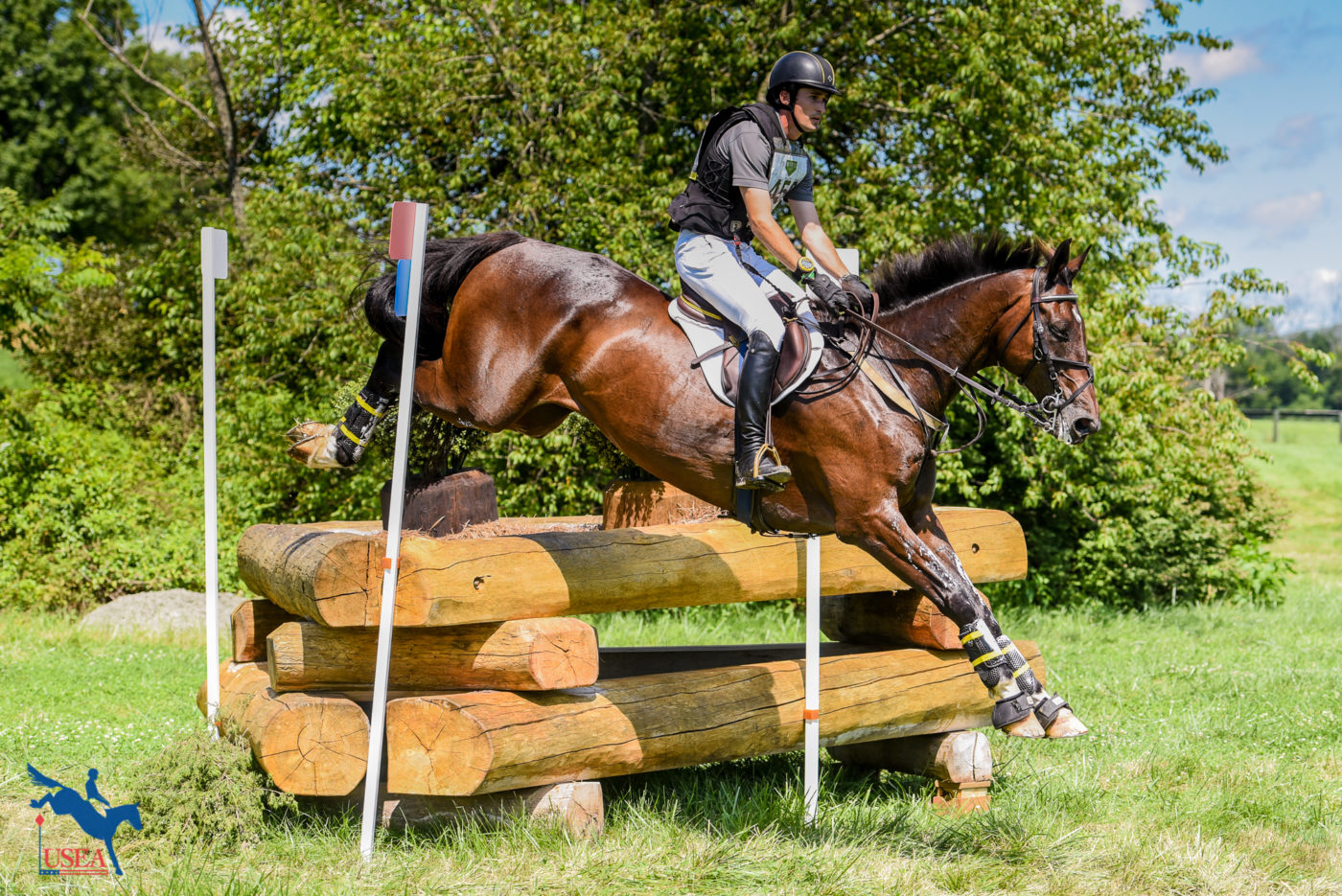 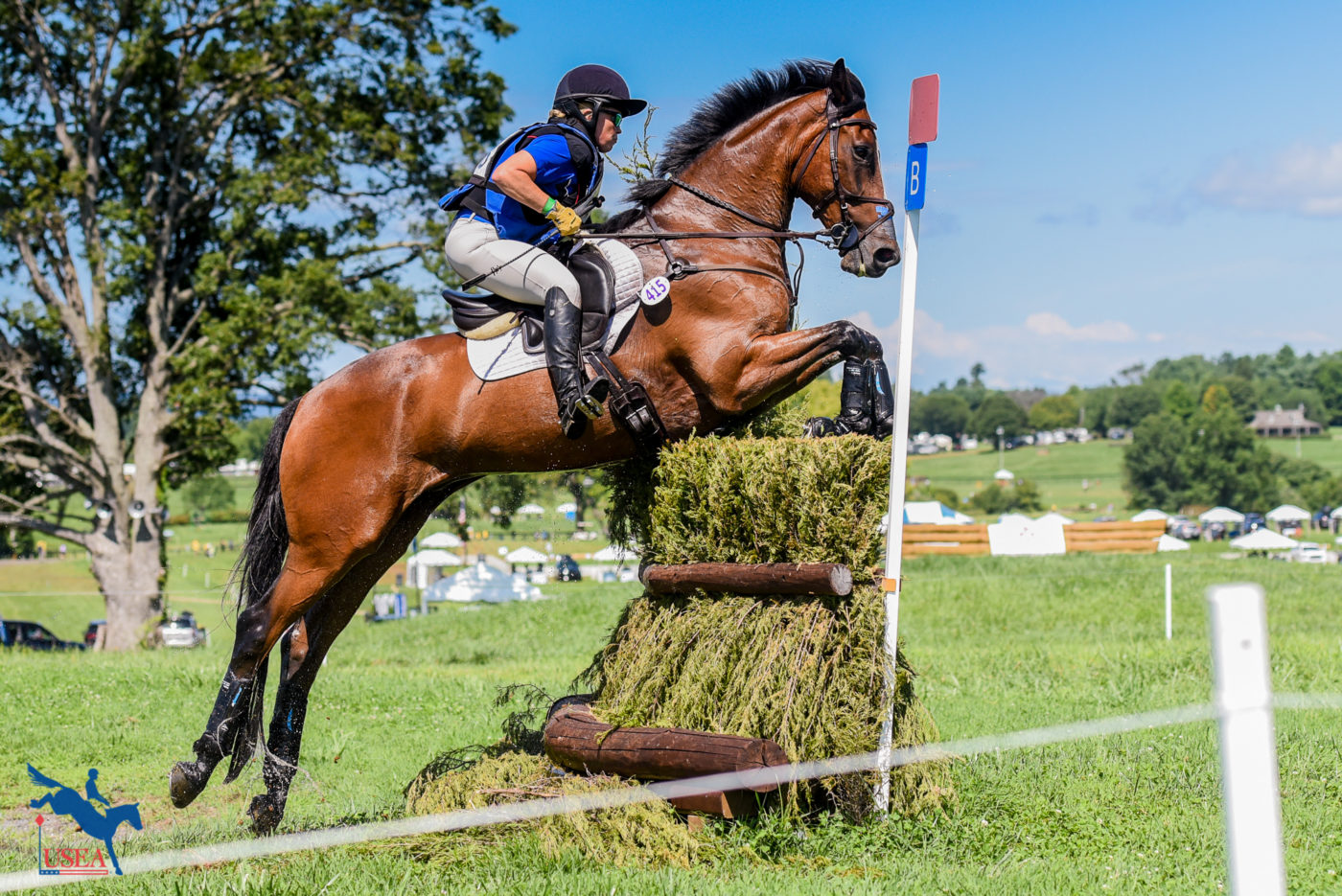 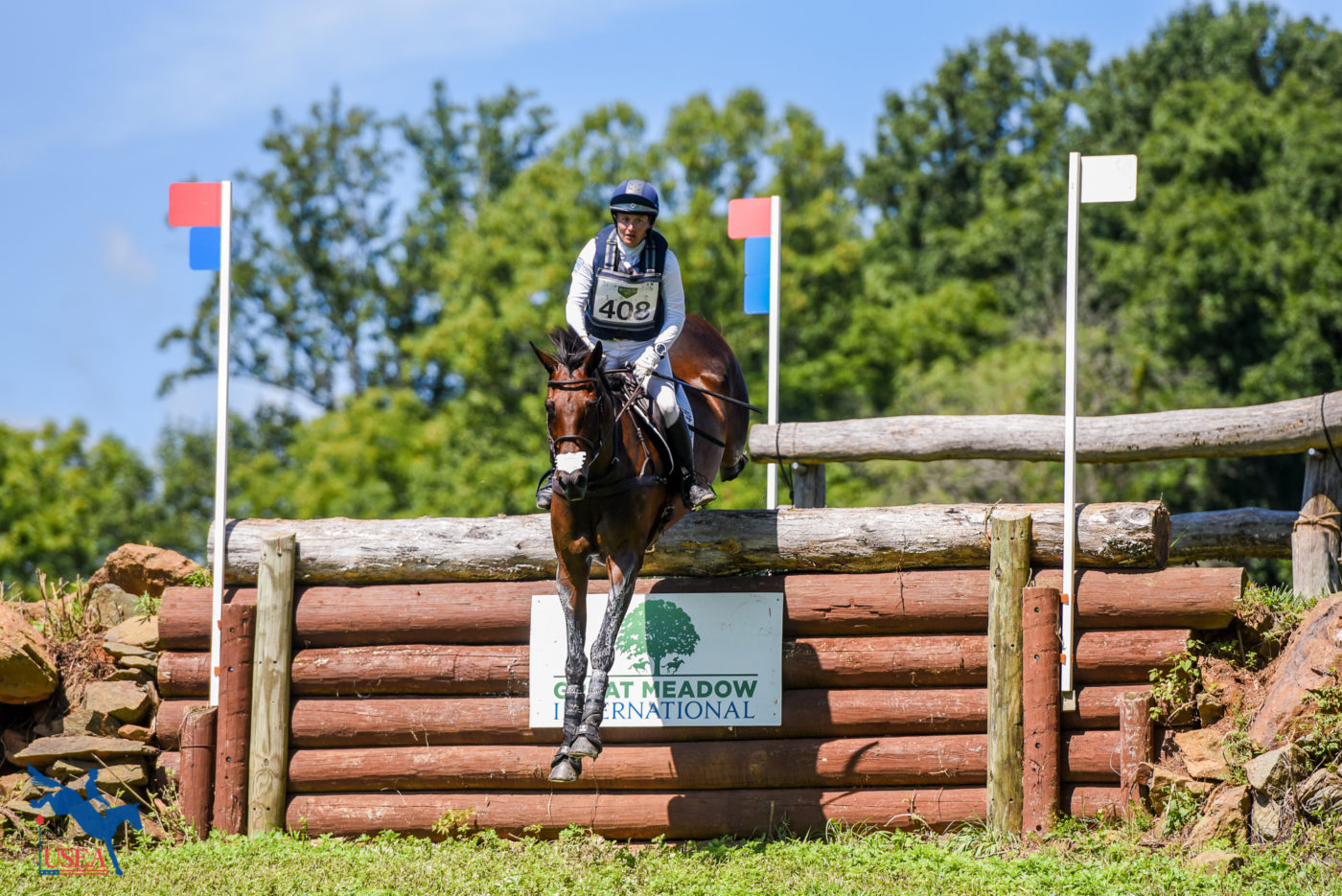 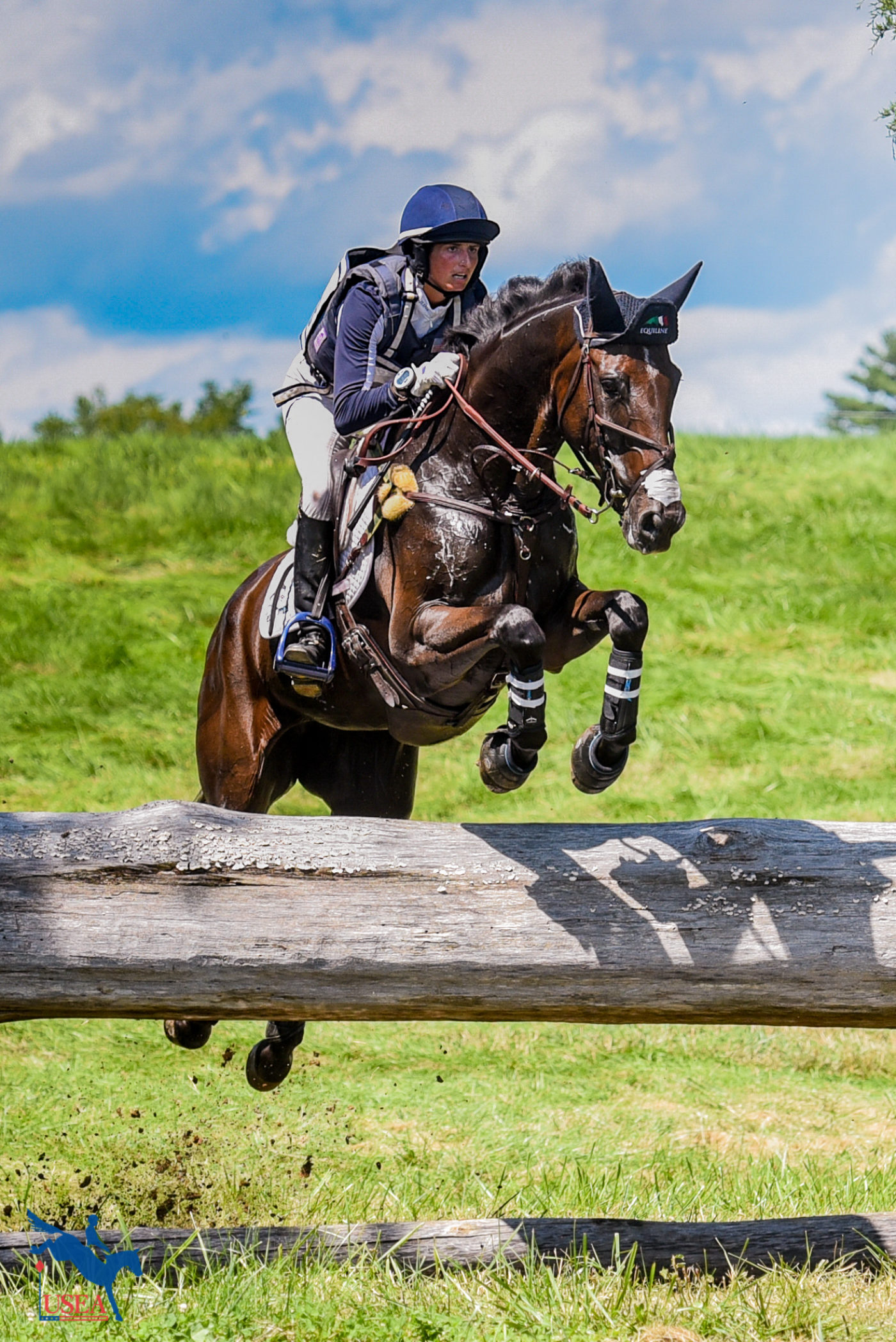 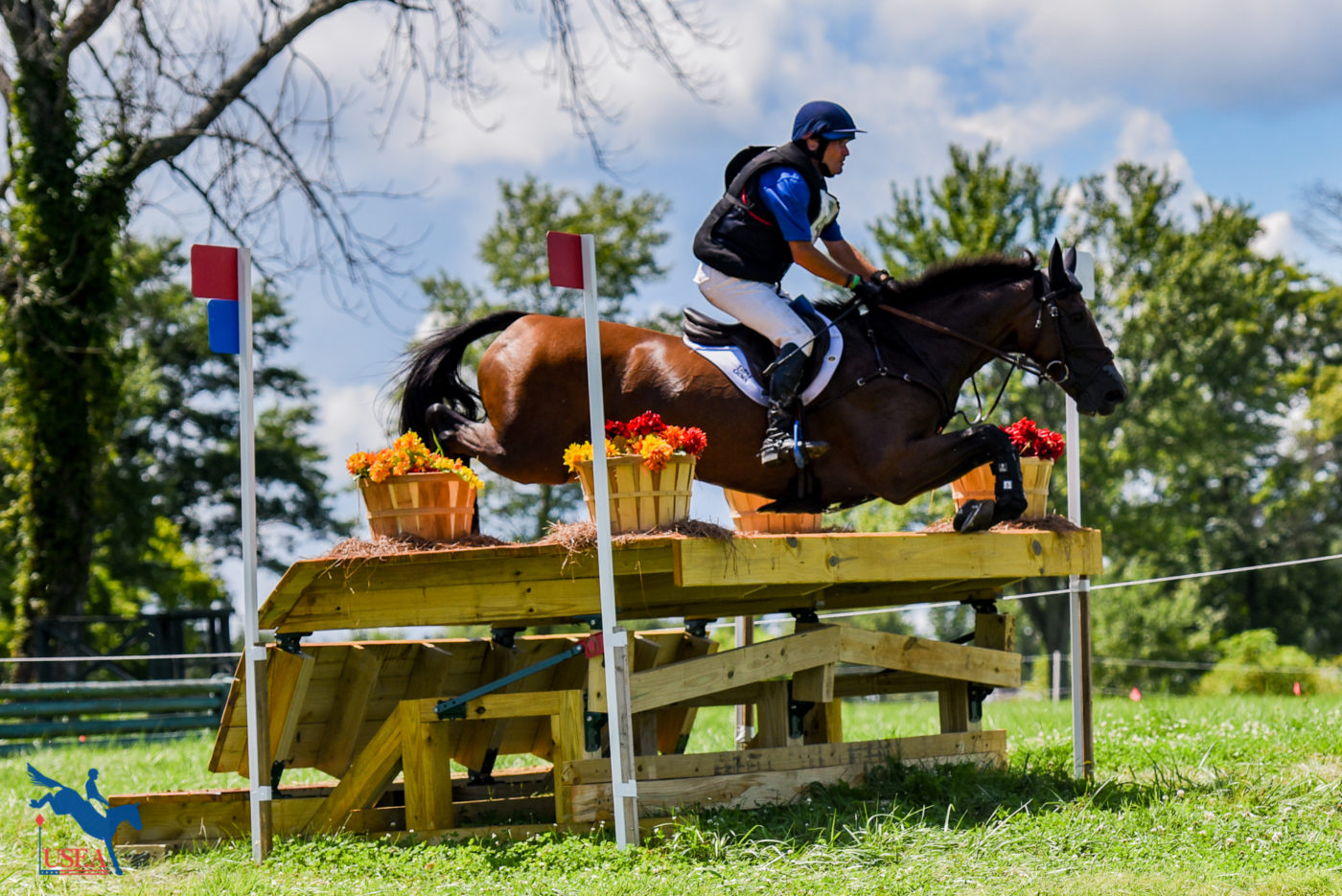 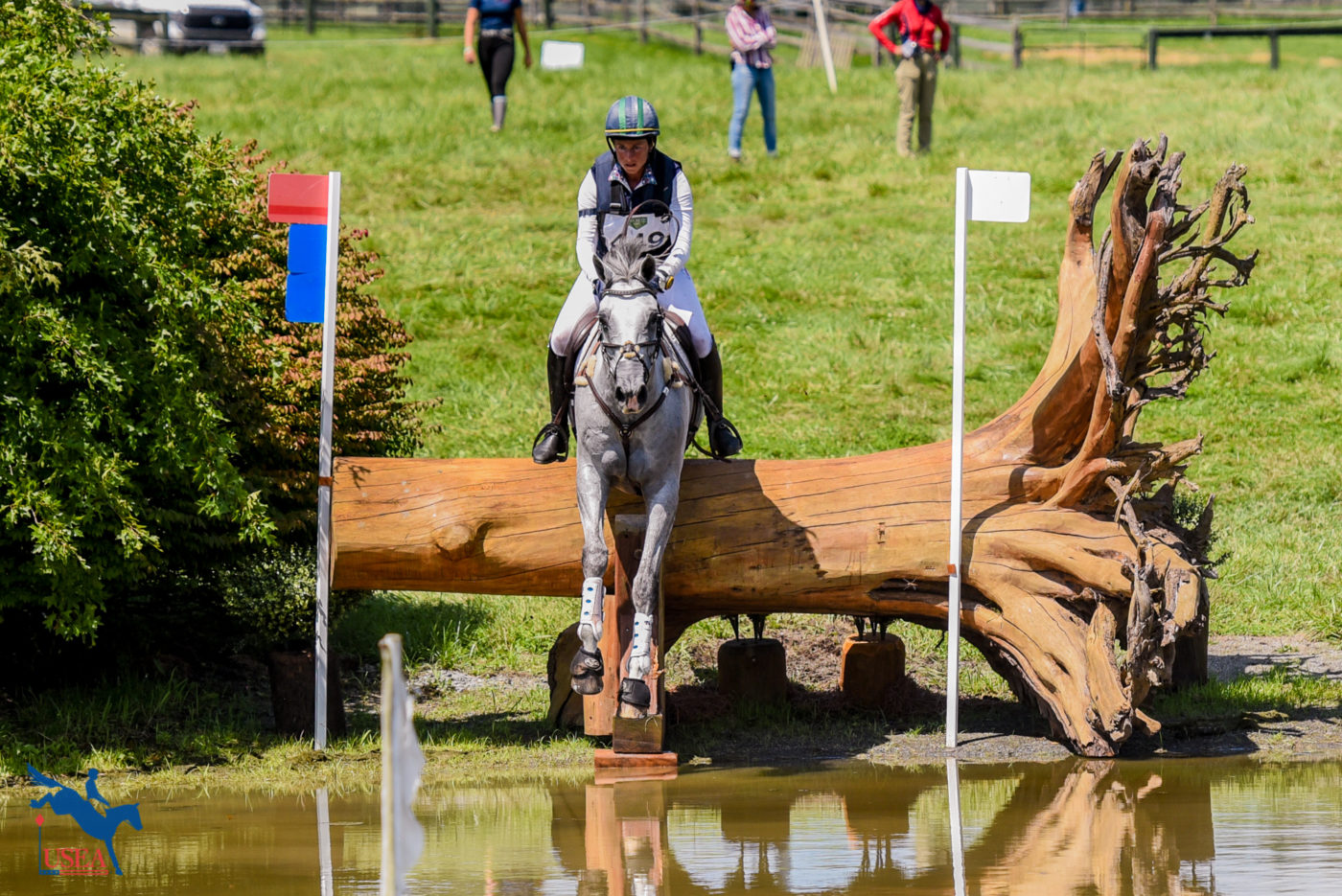 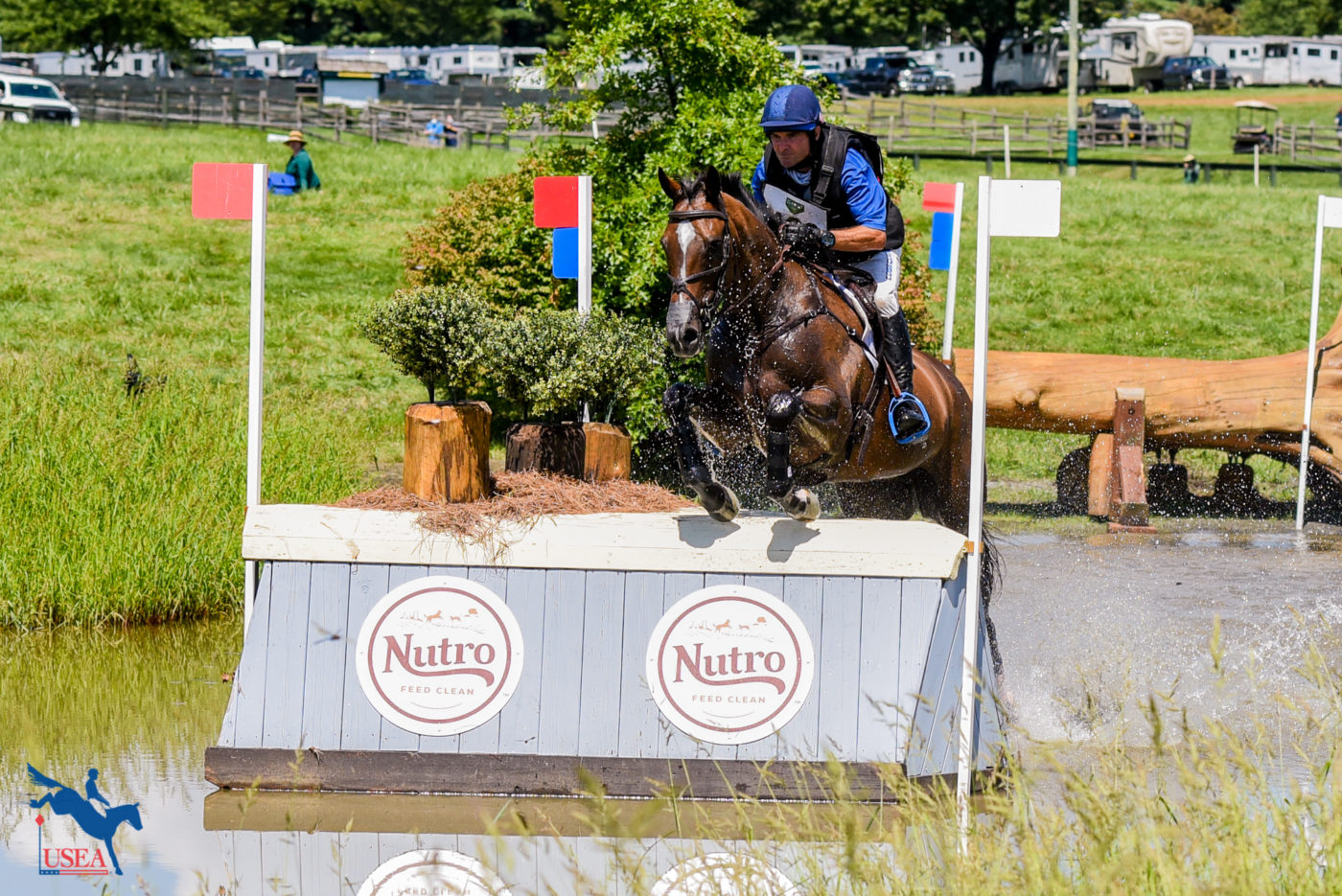