Time was definitely the deciding factor on Derek di Grazia’s cross-country course at the Dutta Corp. Fair Hill International CCI3*. In what is often referred to as a three-and-a-half star, there were only four pairs who crossed the finish line under the 10-minute time allowed. The class serves at the USEF National Championship and di Grazia laid out a true championship test for the three-star competitors, but they came prepared and 28 of the 36 pairs finished with only seven different fences causing any problems.

When overnight leader, Selena O’Hanlon crossed the finish line four seconds too slow, it opened the door for second-placed Colleen Rutledge to move up into the lead with her homebred gelding, Covert Rights.

“He gets every gold star I could possibly give him,” said Rutledge of her 11-year-old Thoroughbred cross gelding (BFF Incognito x Let's Get it Right). “He saved my butt when I got us into trouble and he was foot perfect for 90 percent of the course.”

“He is just the most fun on cross-country because you don’t have to tug, you don’t have to do anything,” continued Rutledge. “You point him at the fences and he just rolls with it. That being said that makes him so incredibly fast because I don’t have worry about slowing down to the fences because he will bring himself back, so it makes it a blast. That is probably the most fun cross-country rounds I have had in a long time.”

For Rutledge to have such a great round with her homebred and longtime partner, she described it as “It’s like one of your kids going to Harvard and winning the Nobel Prize – you just can’t be upset even when he is a little bit snotty, he is just so good.”

Covert Rights had most of 2016 off, but since coming back out he has been on form winning three of his last four events including the CIC3*s at Morven Park and Richland Park, however, he doesn’t have a rail in hand over O’Hanlon and Foxwood High so show jumping will prove important for who leads the final victory gallop.

While Foxwood High picked up some time penalties, O’Hanlon doesn’t fault John and Judy Rumble’s 14-year-old Hanoverian gelding (Rio Bronco W x Evita 2) at all. “Woody is one of the fastest horses we have; he was on form and full of running right to the end,” explained O’Hanlon. “The easy galloping fences that I should have taken out of stride my eye just wasn’t there and I wasted too much time setting him up.”

William Coleman and Tight Lines made an impressive 10-place climb up the leaderboard to round out the top three adding nothing to his dressage score of 46.3.

“He never lacks run or gallop,” said Coleman. “He was just an animal out there. Most of the trick is getting him to just be rideable and settle. He did a pretty good job of that here. It was a hard course – a really proper test. I think it is a testament to the cross-country riding in this country with how well it rode. I have ridden a lot of three-stars around the world and I would put Fair Hill right at the top in terms of difficulty.”

While riders should never play favorites, the Conair Syndicate’s 10-year-old French Thoroughbred gelding holds a special place in Coleman’s heart. “I love the horse – one of his owners, Nanki [Doubleday] calls him my first born and Charlotte my daughter my second born.”

Time wasn’t such a factor in the two-star with 25 of the riders completing under the time allowed and the top two placings remained unchanged following the second phase. Tamra Smith and Sunsprite Syrius, a 9-year-old Trakehner gelding (Titulus x Slytely Cinnamon) owned by Sunsprite Warmbloods, were the fourth pair on the course and set the tone early with a double clear round.

“He was great,” said Smith. “I didn’t know what to expect because he has never been in an environment like this before. He has only competed a few Intermediates on the West Coast and so that’s why we brought him. He was super – he didn’t question one thing, he was spot on everywhere.”

Smith does have a rail in hand to keep her top spot, but she isn’t too worried as she believes Sunsprite Syrius is a good jumper.

In what has been described as her breakout year, Cornelia Dorr is continuing her success this week. She currently sits in second and fifth with Louis M and Sir Patico MH respectively after putting in two double clear cross-country rounds.

“My first horse, [Sir Patico MH], he was amazing,” said Dorr. “He and I have a wonderful relationship and know each other inside and out so it was great to go out there with him and I felt super confident with him. He was straight and keen to do anything. It was nice to go out there and feel all of that on him and then be able to make tighter lines on Louis M. They were great and super fit so I am happy with them both.”

William Coleman and Off the Record. USEA/Leslie Mintz Photo.

Coleman is sitting in a familiar spot in the two-star as he is also third with Off the Record, an 8-year-old Irish Sport Horse gelding (VDL Arkansas x Drumagoland Bay) owned by the Off the Record Syndicate.

“The trip went pretty much according to plan,” said Coleman. “He was feeling the 9-minutes by the time he got to the end, but that is part of the reason you bring them here – to help progress them and bring up their level of fitness, so I was proud of him.”

Full results are available here. The second veterinary inspection is at 8:00 a.m. tomorrow followed by the CCI2* show jumping and then the CCI3*. 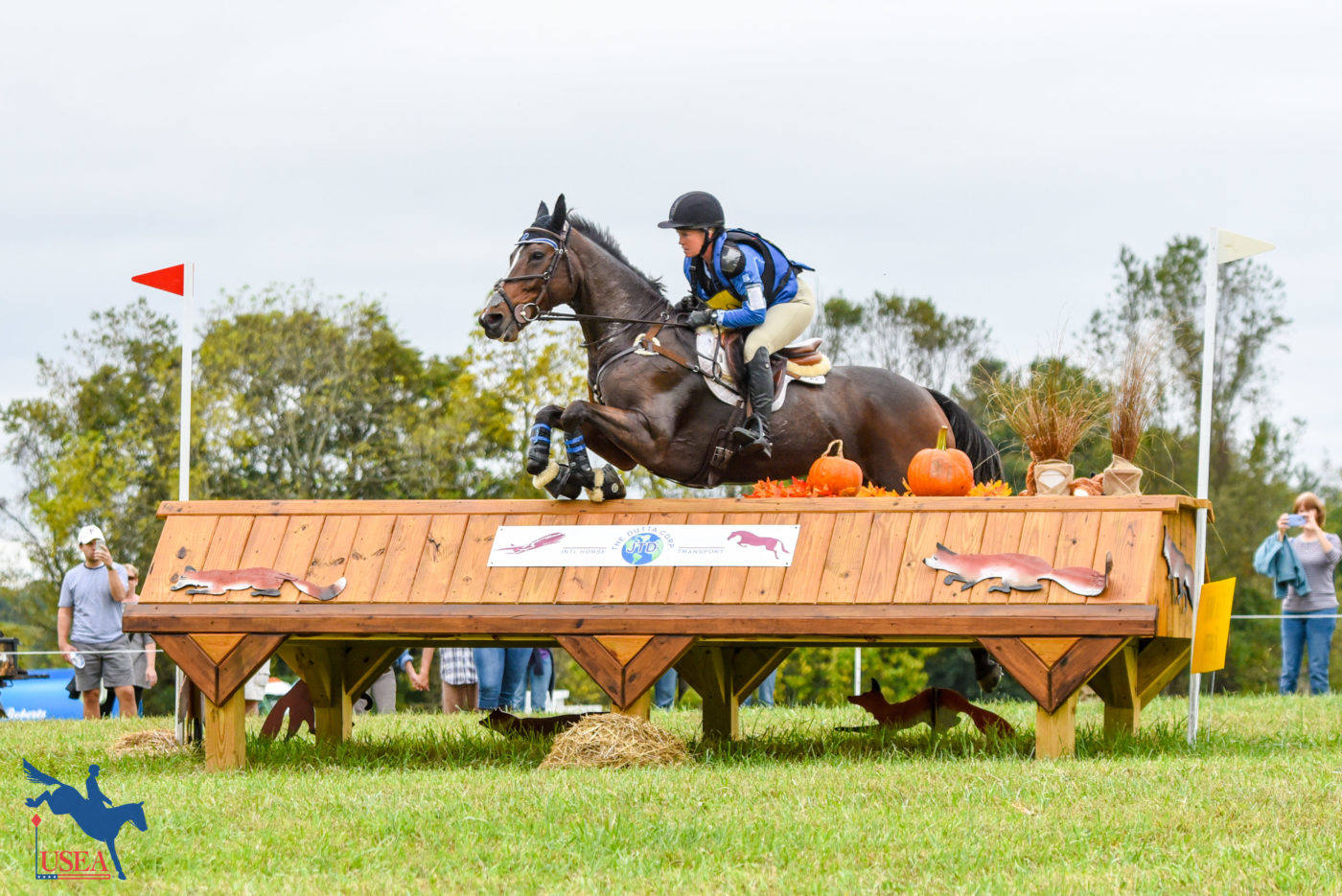 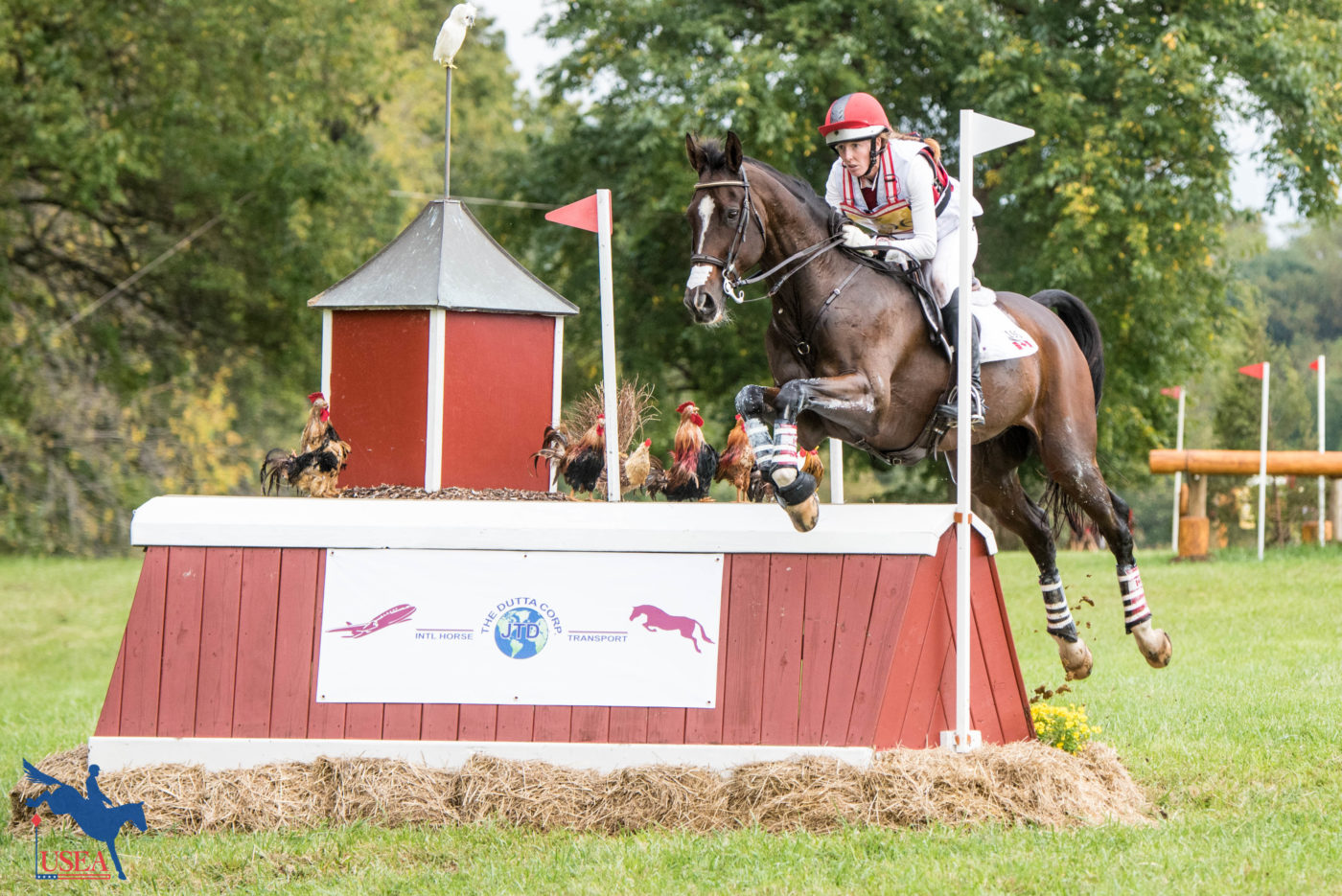 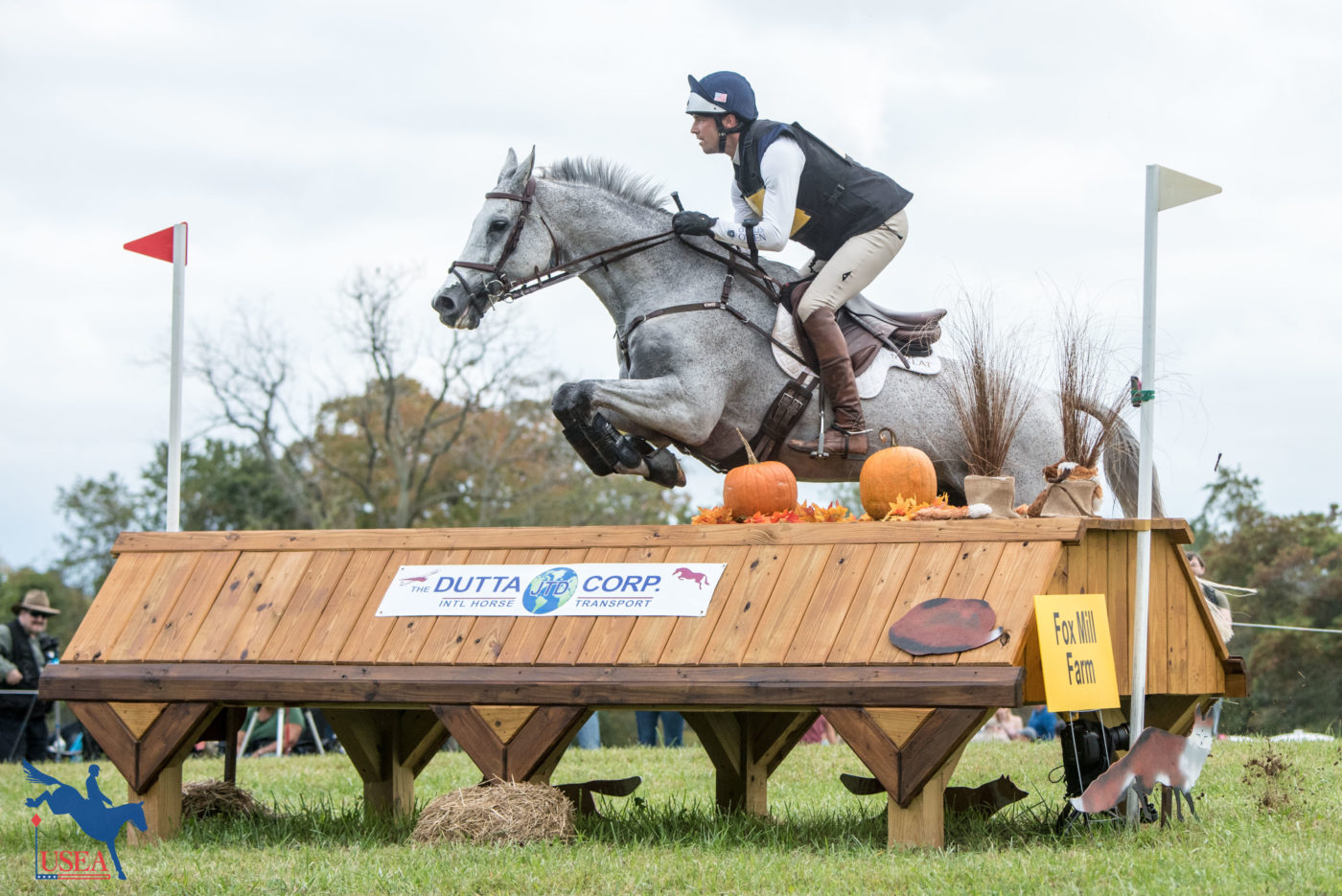 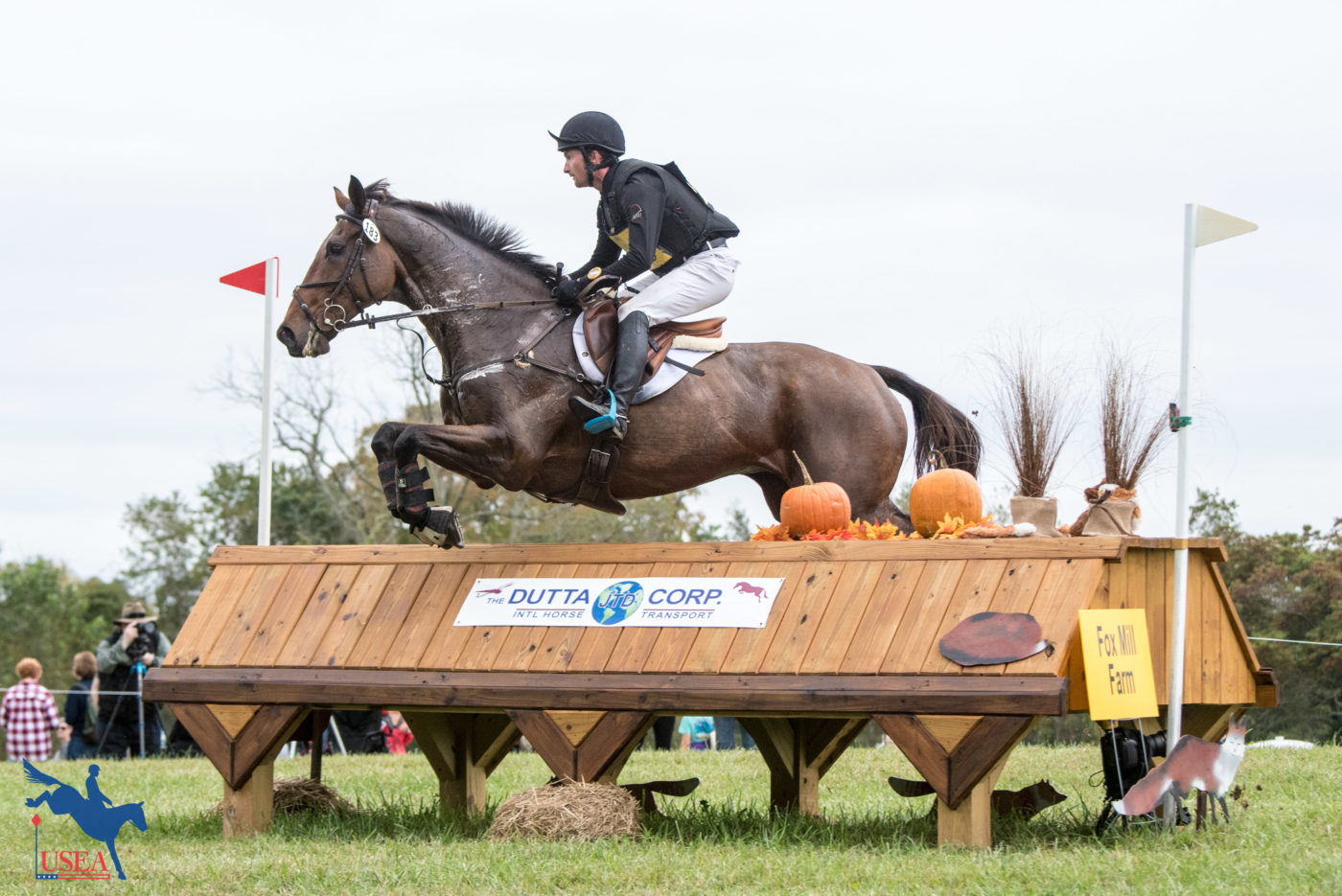 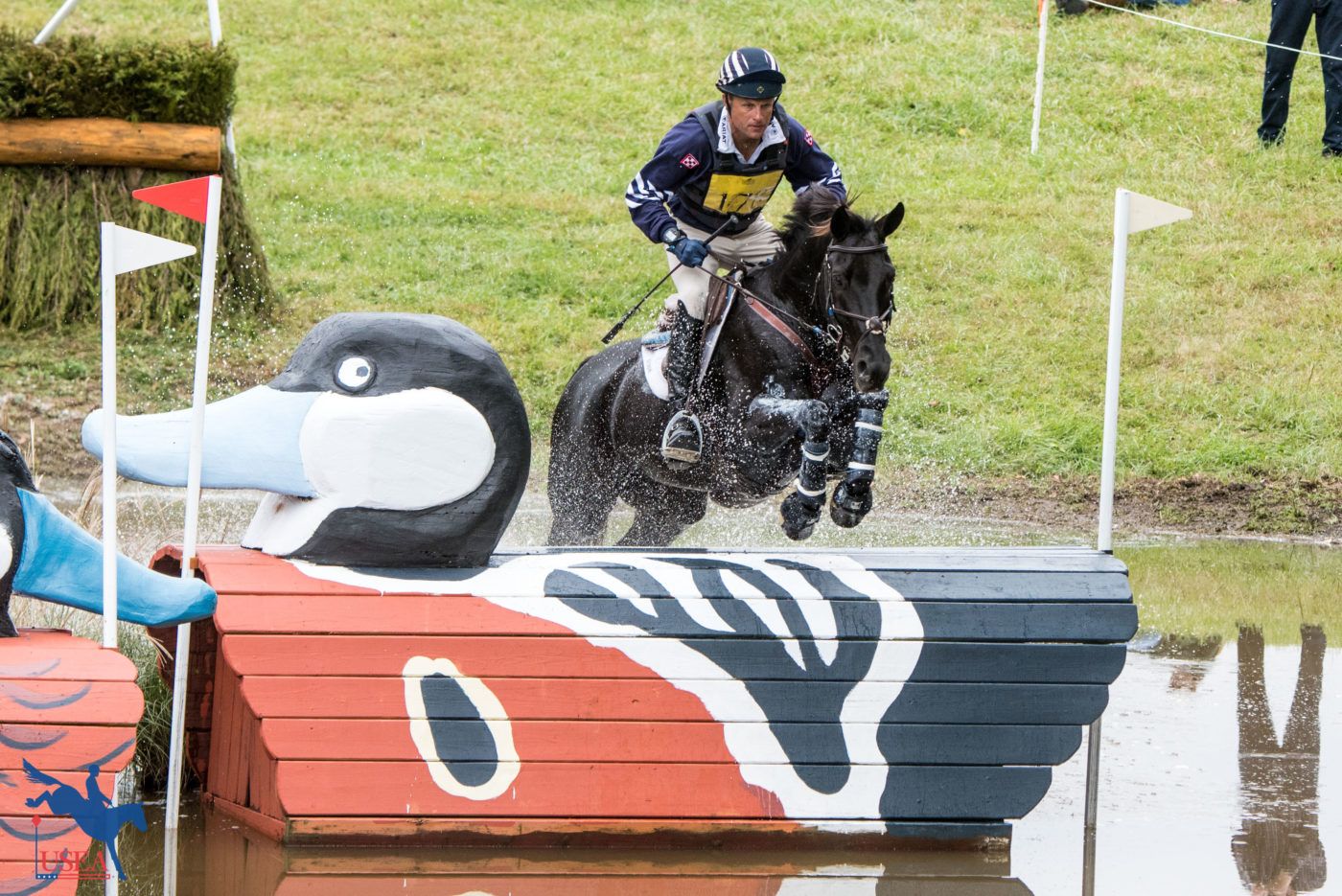 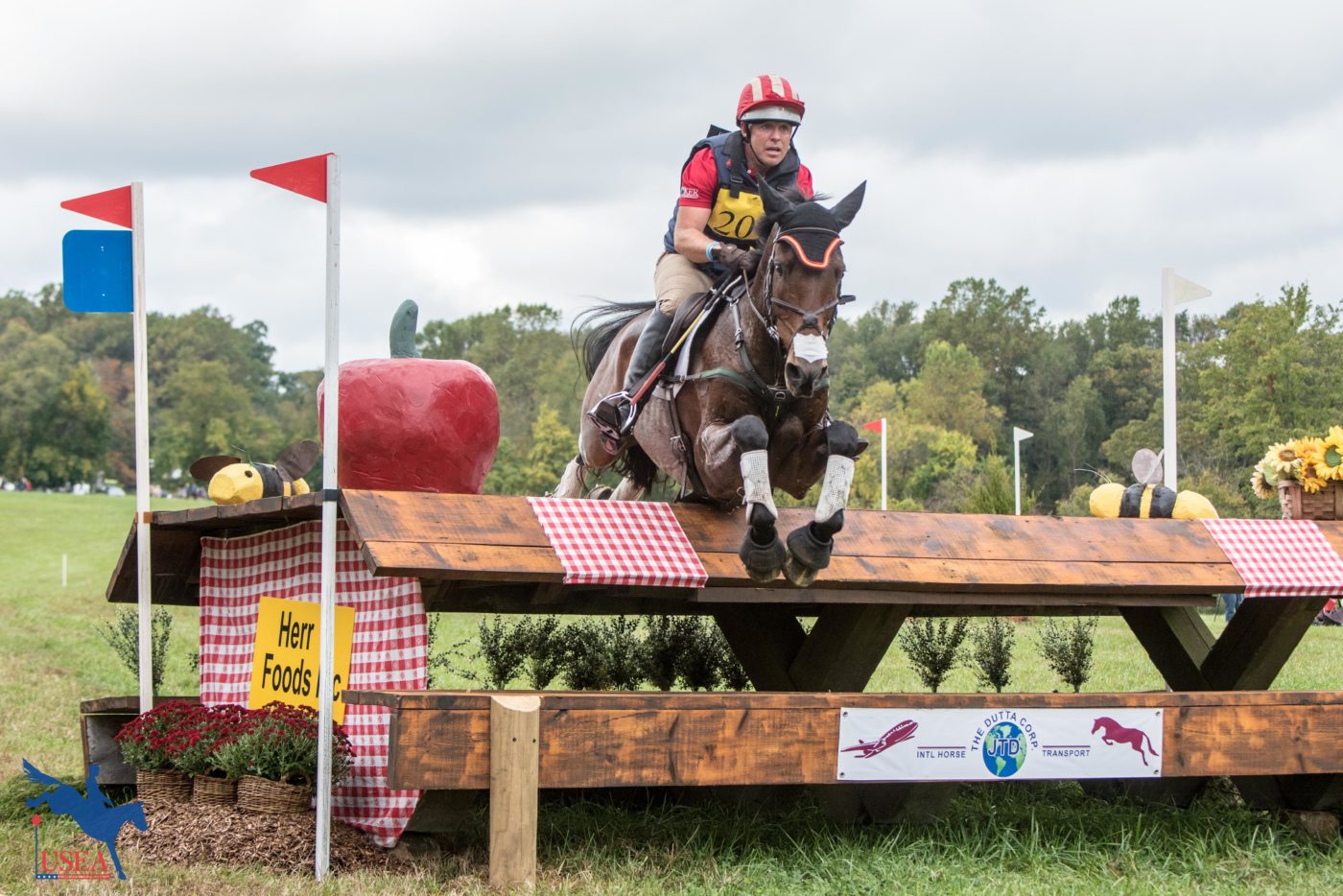 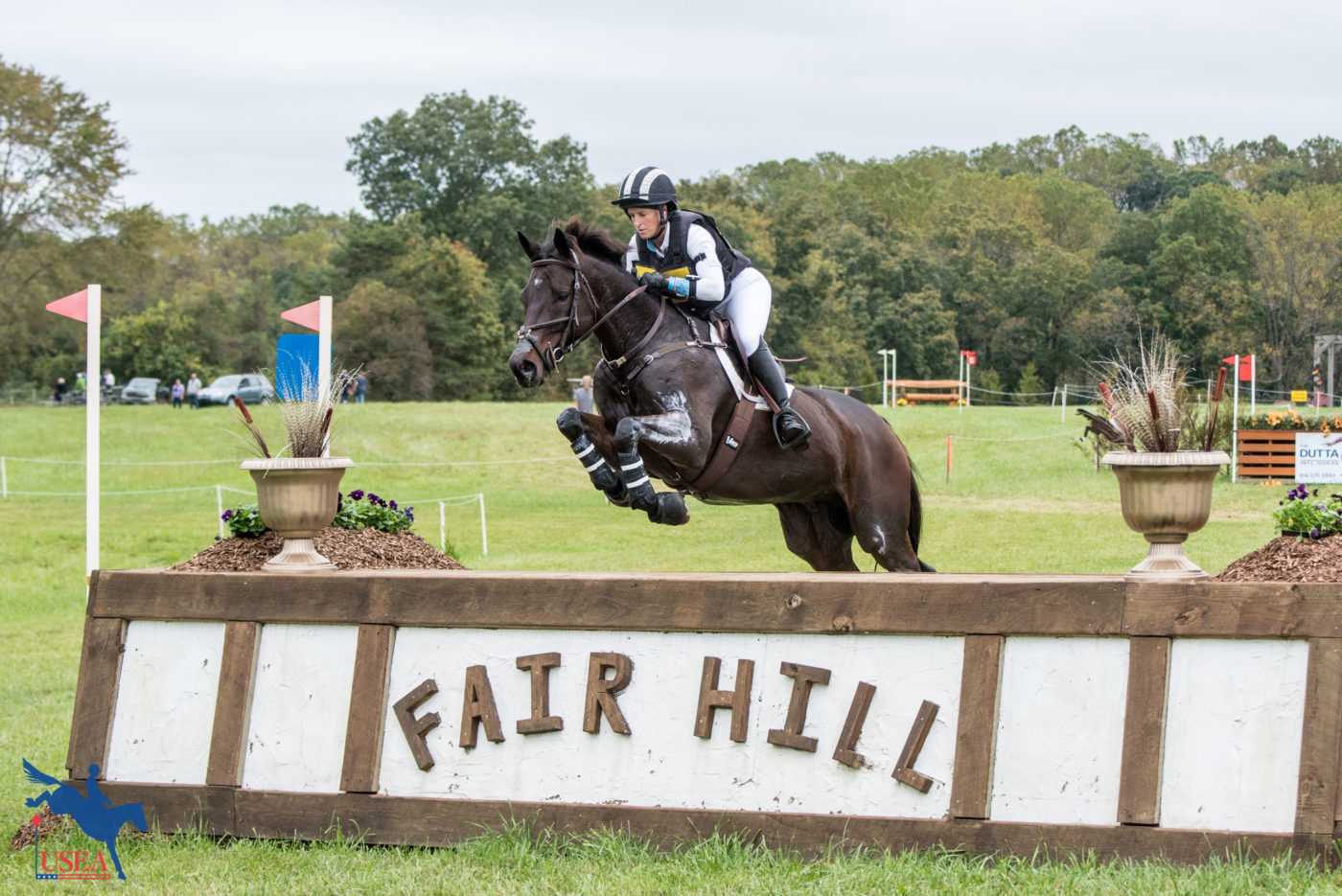 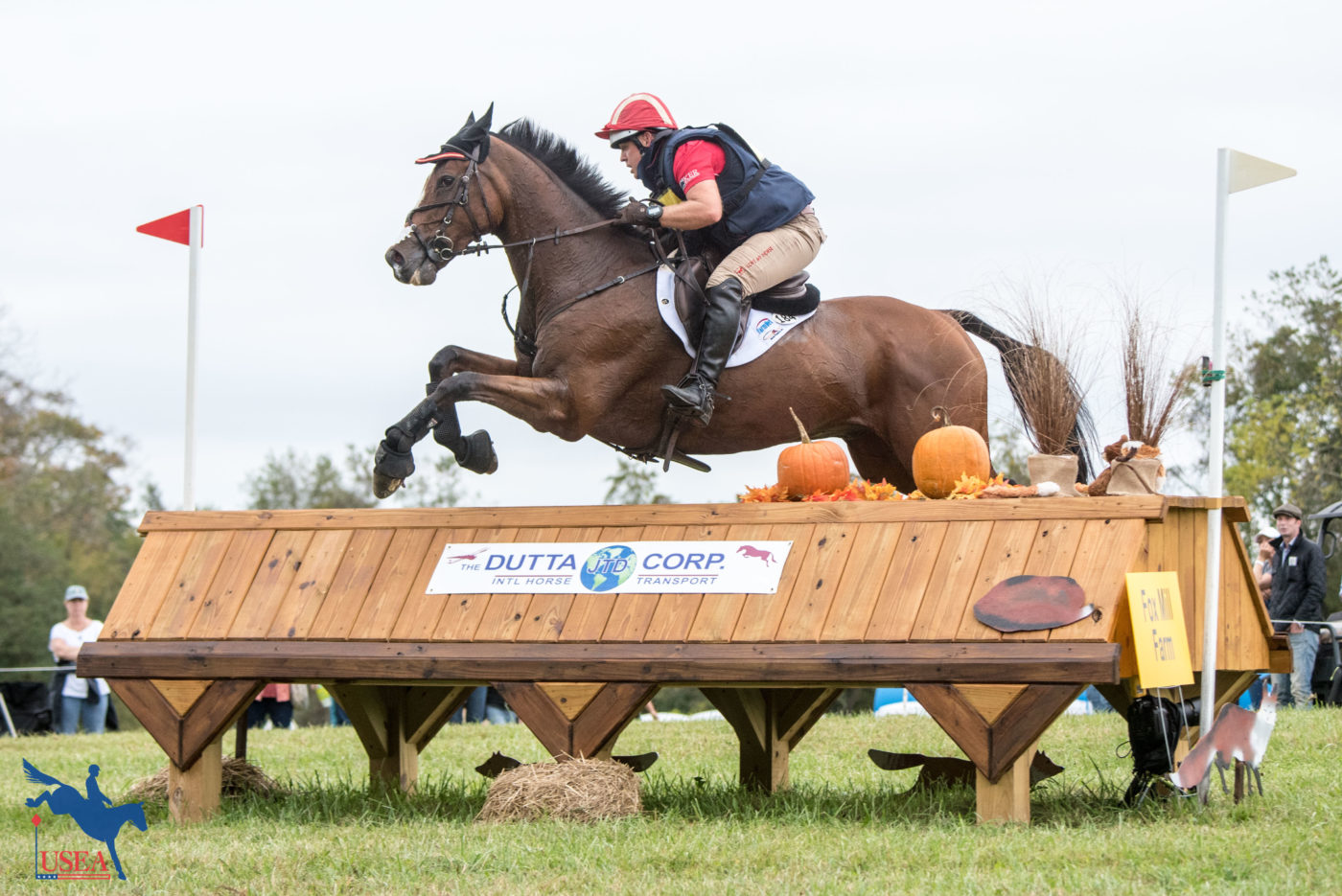 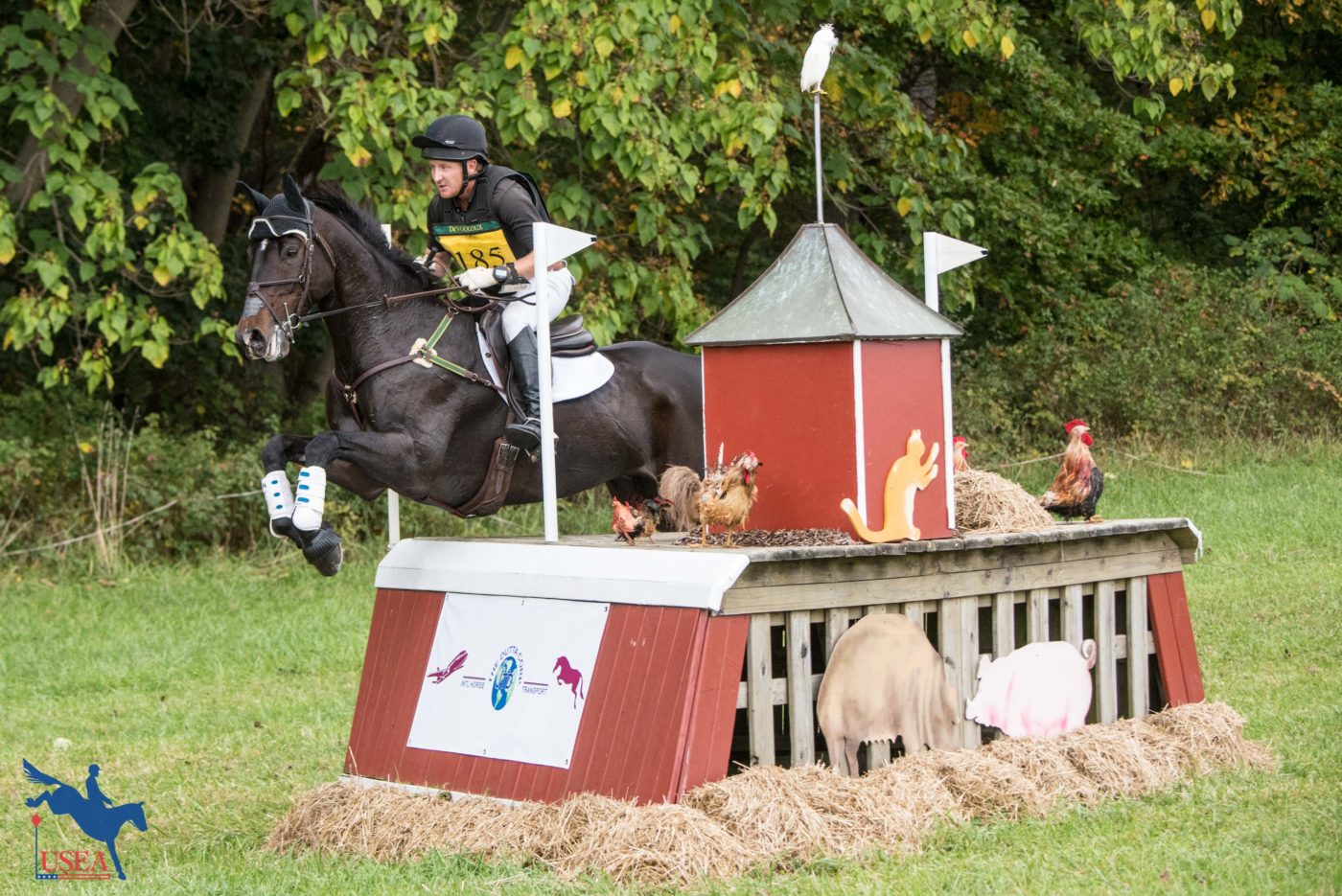 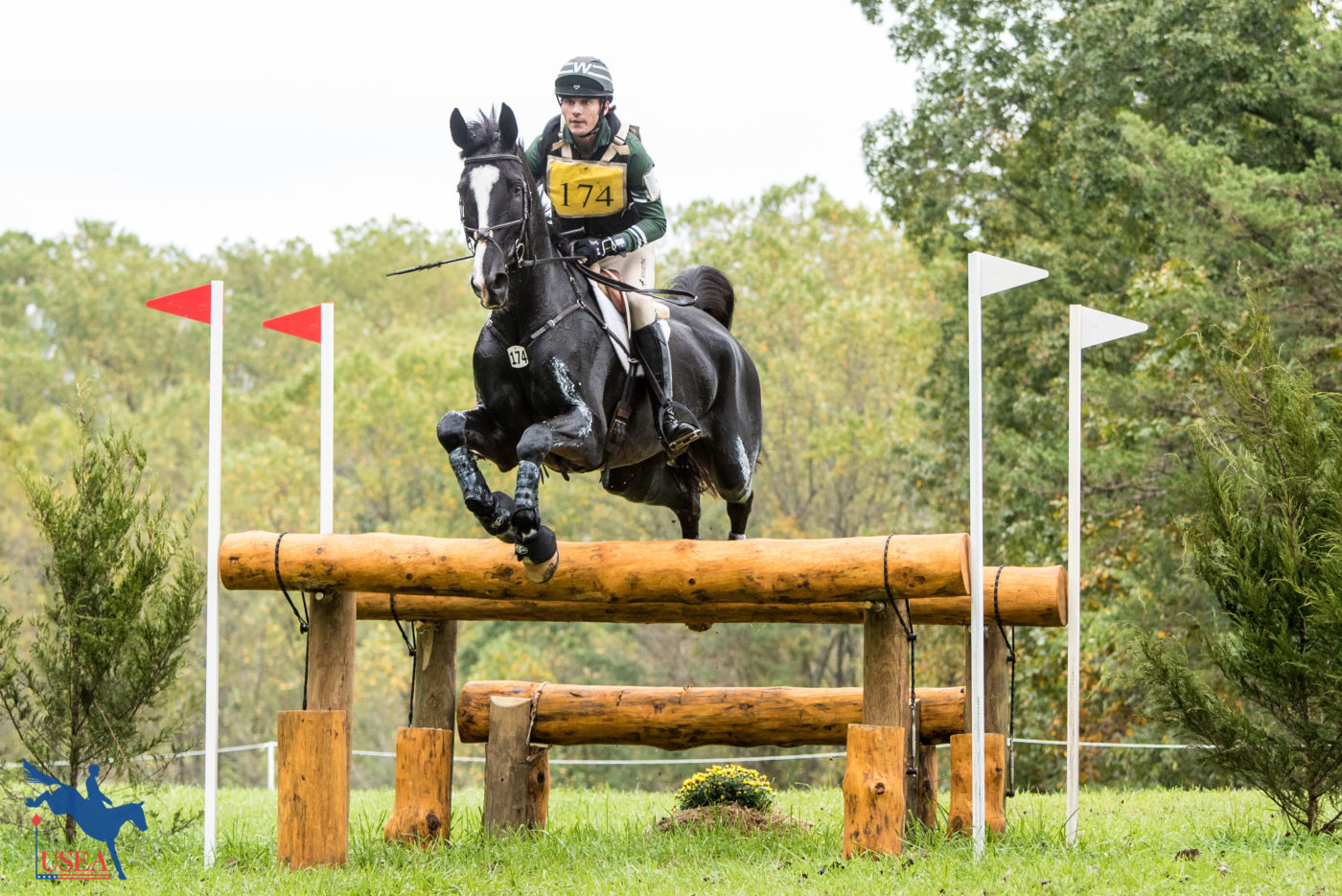 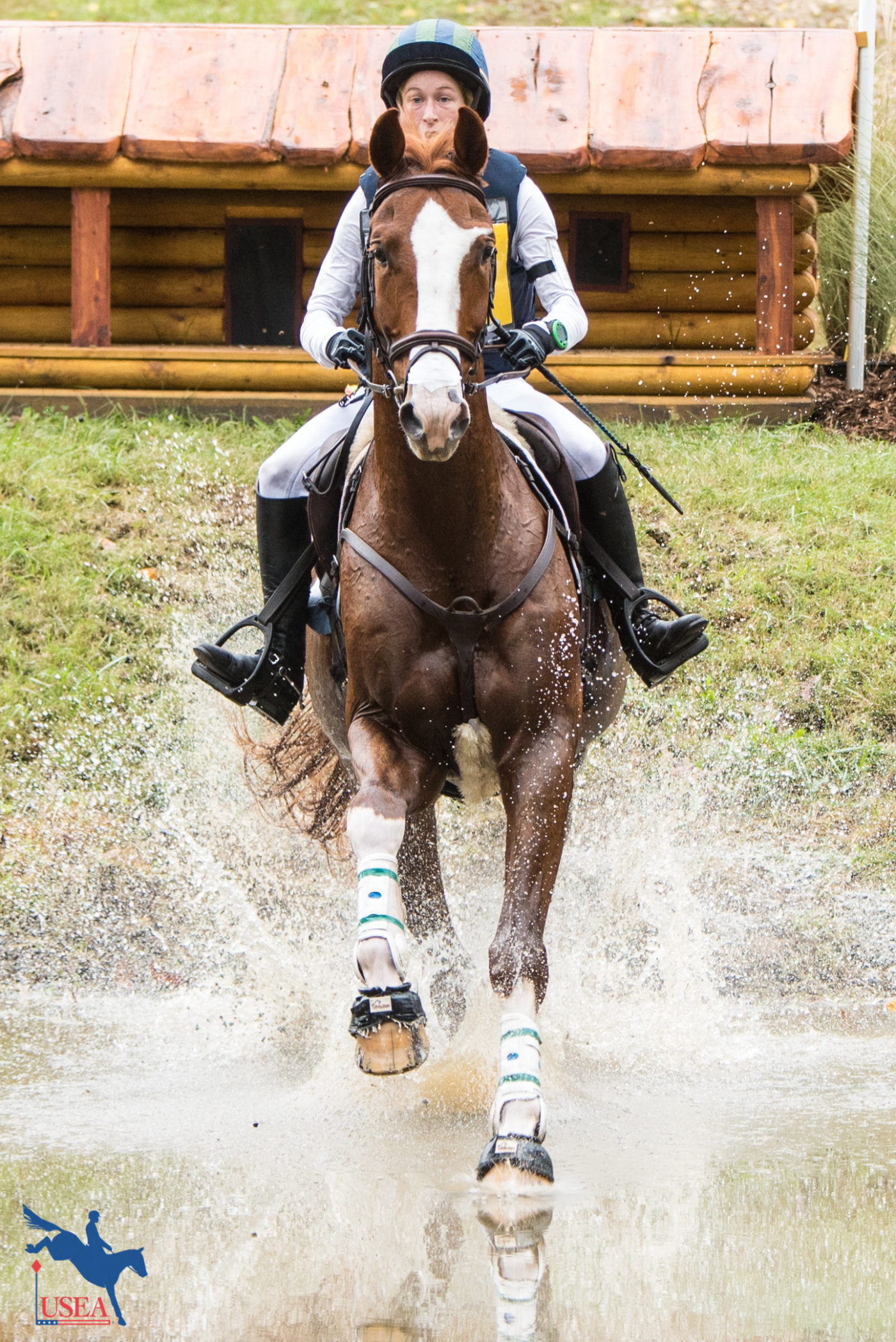