Black stallion antics after the CCI4*-L jog inspection yesterday were not a preview of Cinzano's dressage test today. "When you are riding and working him, he's all into what you are doing," says Amber Levine, who owns the 10-year-old Holsteiner gelding (Classe VDL x Walta) through her Cellar Farm. A 31.5 dressage test puts them atop a field of four, three of which, including Cinzano, are first-timers in the division in Paso Robles, California.

Like the inaugural Twin Rivers Spring International CCI4*-L itself, Cinzano's division debut was supposed to take place a year ago. COVID canceled that. Then, a broken collar bone for Levine canceled a Plan B run at Galway Downs in the fall. "I'm really excited for us as a team and for him because he finally is fit and actually gets to go out and run!"

Despite high flapping flags that spurred high spirits on the venue's new ringside jog lane yesterday, Cinzano didn't notice them today. "We've been working on relaxation and that was one of the most relaxed tests we've done," Levine explained. Regular work with legendary California dressage coach and judge Lilo Fore has paid off, too. "Learning how it all looks from a judge's perspective has helped me think about things differently and refine them."

"The course, the jumps, the decorations really look beautiful," Levine notes of tomorrow's cross-country track designed by Hugh Lochore. With portions that will be used for the 3* and 4* Short courses, it's a mix of long galloping stretches and fast-rising fences requiring technical precision.

"The biggest thing will be not letting him get too big and bold in the beginning," says Levine of Cinzano. "He has so much power, he can sometimes get ahead of himself, so it's a matter of keeping a lid on it for a minute."

Twenty-year-old professional Madison Temkin and her own 14-year-old Thoroughbred gelding Dr. Hart (Skimming x Moving Memo) are second on a 34.3 from ground jury president Robert Stevenson and members Peter Gray and Marilyn Payne. Originally purchased for a client, "Hollywood" and Temkin have come up the ranks together, including a North American Young Riders outing for USEA Area VI at Rebecca Farms. Jumper shows and lots of rideability exercises were key prep for this year's show season. "As a Thoroughbred, dressage has been a challenge, but he's come to really like it." Flying changes are "his favorite trick" and stood out as effortless highlights of a quiet, elegant test.

Temkin echoed the comments of many veteran Twin Rivers exhibitors in their enthusiasm for how well the venue's 500 acres have been capitalized for the extra distance required of a long format cross-country. An old racetrack is incorporated into the new terrain, and the rider hopes that Dr. Hart's history of jumping out on the track during his racing days is only repeated in the right places on Saturday.

The CCI4*-L offers $5,000 in prizes and the inaugural McKinlaigh Cup for the winning horse. Winners in each of the Long format divisions will also receive a custom Twin Rivers jump provided by Jen and Earl McFall's Dragonfire Farm.

Three-star newbies Alina Patterson and Flashback continue a great debut at the level. Fresh off winning the CCI3*-S at Galway Downs two weeks ago, they lead the three-horse field on a 31.2. "He was a bit lazy in the warm-up, but he lit up in the ring," says the young rider from Washington. Even their typically toughest assignment, the walk, went beautifully today. "He anticipates a lot because he wants to please so much," she explains. "It is always a challenge to slow his brain down."

Cross-country will be another challenge due to the Long format length. "The longest course we've done is 6:45 minutes and this one is 8:45." Flashback, a 10-year-old German Sport Horse, is typically filled with adrenaline on course, so Patterson is counting on that, good fitness, and ample heart to see them through.

Patterson juggles riding and caring for Flashback (Furst Fugger x Queen of Joy) with finishing up a high school and college associate's degree simultaneously, then plans to take a year off. She is a student of John Camlin at Caber Farms.

"My goal today was a boring but very accurate test," said Sacramento-area professional Marissa Nielsen of Global Absolute's division-leading 28.3 dressage test amid 20 pairs. "He has a lot of 'wow!' factor and I can add that in later once we get the base." Black Diamond Partners LLC's 7-year-old Mecklenburg gelding (Do It x Ballerina II) has only been with Nielsen since January and is contesting his first FEI event. "We have high hopes for him and are laying the foundation." Cross-country is so far his strongest phase and Nielsen is looking forward to a " super new track. I love the new jumps and that we are using a bunch of the field that we haven't used before."

She's appreciative of the whole upgraded experience at the Baxter family's Twin Rivers. "Connie and Jeff (Baxter) are always upping the game here and it's great preparation for the future." Coming off dressage in its new hilltop Flag Ring stage, Nielsen said, "You don't want to be trotting down centerline into something with a huge atmosphere for the first time at your first five-star."

Barb Crabo and her own 13-year-old sport pony gelding Mine the Melody (Miner's Lamp x Chelsea's Melody) are in second on a 29.5, followed by Jessica DiCostanzo and Cocoa Z, the 9-year-old Zangersheide mare (Cracky Z x Amy Z) on a 30.8.

Marilyn Payne and Michele Henry served as the president and member of the Ground Jury for this division.

A double clear jumping effort put Andrea Baxter and Laguna Seca in the CCI4*-S lead. The 11-year-old Holsteiner gelding by Linero is out of Baxter's five-star partner, Indy 500, with whom Baxter did yesterday's dressage test ride. Laguna Seca has earned dressage scores in the 20s, but yesterday's wasn't one of them.

Having just moved up to Advanced in March, Laguna Seca was originally planned to debut at four-star this summer. Accelerating that schedule may have been a bit too much in Thursday's dressage. "I may have thrown him into the deep end," Baxter said. "He is capable of being very fancy, but the collection and difficulty of the movements got him a bit stressed out about putting it all together." That was compounded by the very atmospheric Flag Ring setting Baxter helped create as a member of the family's organizing team.

Moving onto cross-country, Baxter considers the track a good mix of technical questions and size, for which Laguna Seca should be well prepared after a "big" track at their home base and a very technical track at Galway Downs, both in March.

Sacramento-area professional Lauren LoPiccolo has had the 13-year-old Dutch Warmblood gelding, Diego (Vingino x Twilight), for about seven years, but life has gotten in the way of their ascent a few times: twice for having kids and once while Diego recovered from a surgery. He is the first horse LoPiccolo has brought up to Advanced and she is thrilled with their outing so far, despite faults and time penalties in show jumping that drop them behind Baxter with a 46.5 score.

Amateur rider Lauren Burnell has been planning and working to get back to the three-star level for a few years and she is nailing it so far, standing first in the division on a 31.6 dressage score with Counterpoint, Arnell Sporthorse's 14-year-old Holsteiner gelding (Concerto Grosso x Natalina). And that's despite her belt coming undone during their dressage test yesterday and a last-minute striding change of plan before today's double clear show jumping.

"I was rattled," Burnell said of the belt incident. "It was banging around against my saddle, but he just went on and did his job." She said the same of her longtime partner on today's show jumping track that "looked, walked and rode big."

Alexis Helffrich and Peggy Moore's 10-year-old Oldenburg gelding Graceland's Lincoln (Libero Star x Pik Abou) added one rail to sit second on a 36.2 and Gina Economou and the 9-year-old warmblood gelding Cooley By Design (Plot Blue x Uthree z) had only time faults to move into third on a 36.4.

Approaching Twin Rivers Ranch from roads overlooking the vast, green property, the sprawl of trailers, stables, and horses seems like it could be seen from outer space. There are nearly 500 horses on property and the schedule is busy. The long format division entries are light, however. This was not a surprise given the pandemic driven-turn of events since the competition was canceled last year.

"We are not deterred," Andrea Baxter shared. "Along with organizer Robert Kellerhouse and Sarah Broussard of Rebecca Farms, it's our goal to provide a stepping stone so our people can go and absolutely shine on the world stage. It's new for us and it's exciting and it's really important."

The CCI4*-L, CCI4*-S, and Advanced divisions are qualifiers for the $60,000 Adequan USEA Advanced Final that will take place at the USEA American Eventing Championships presented by Nutrena Feeds in August. 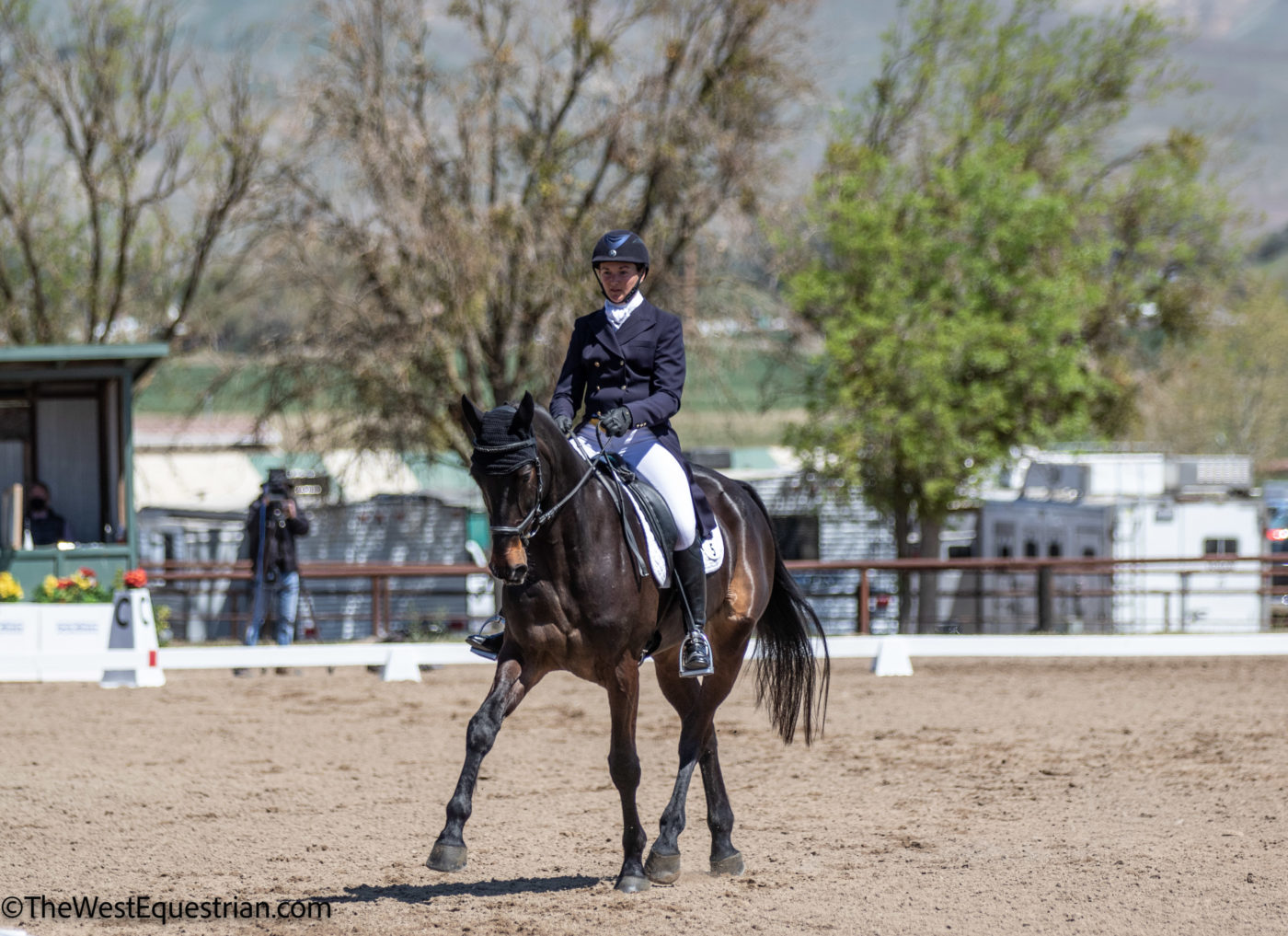 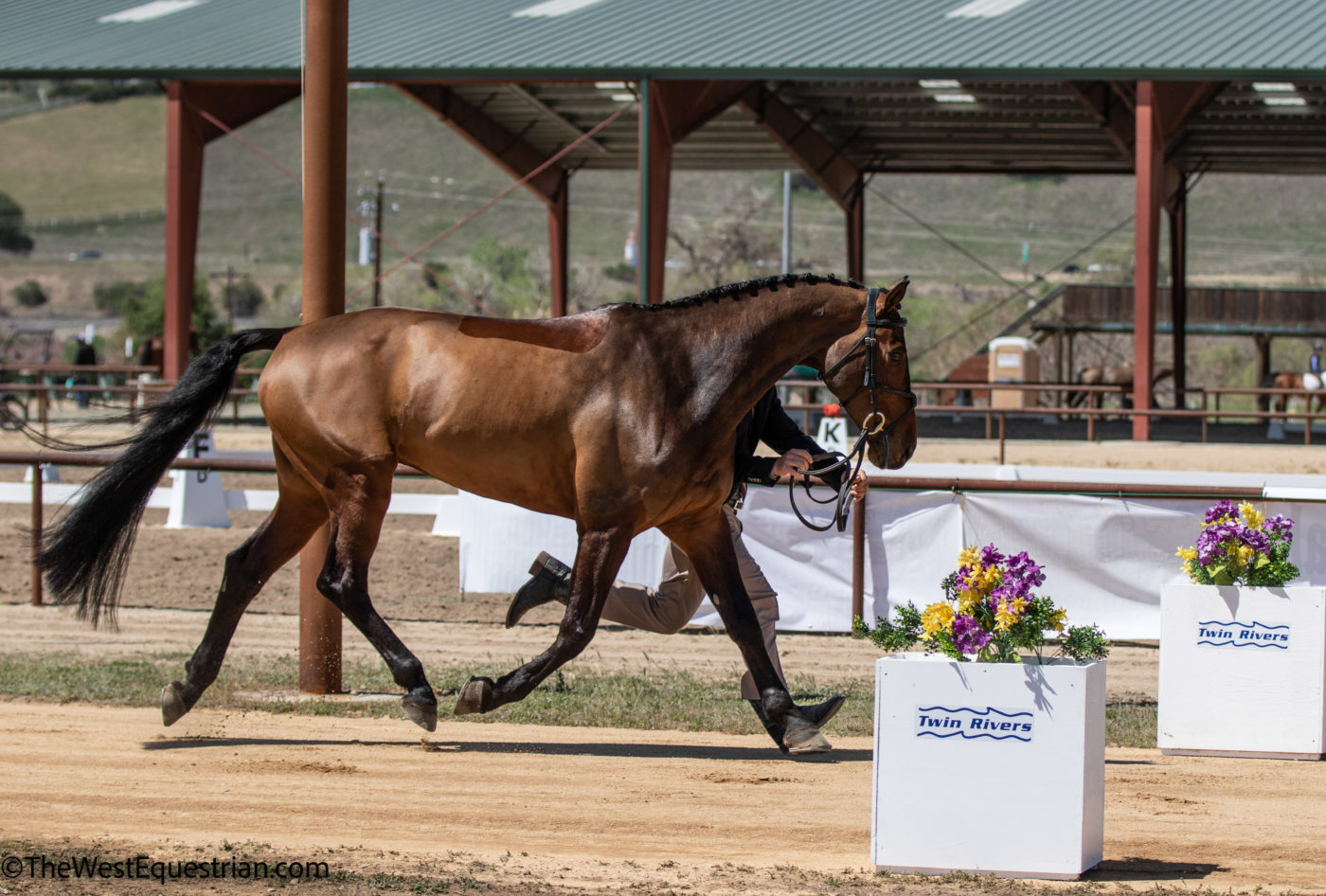 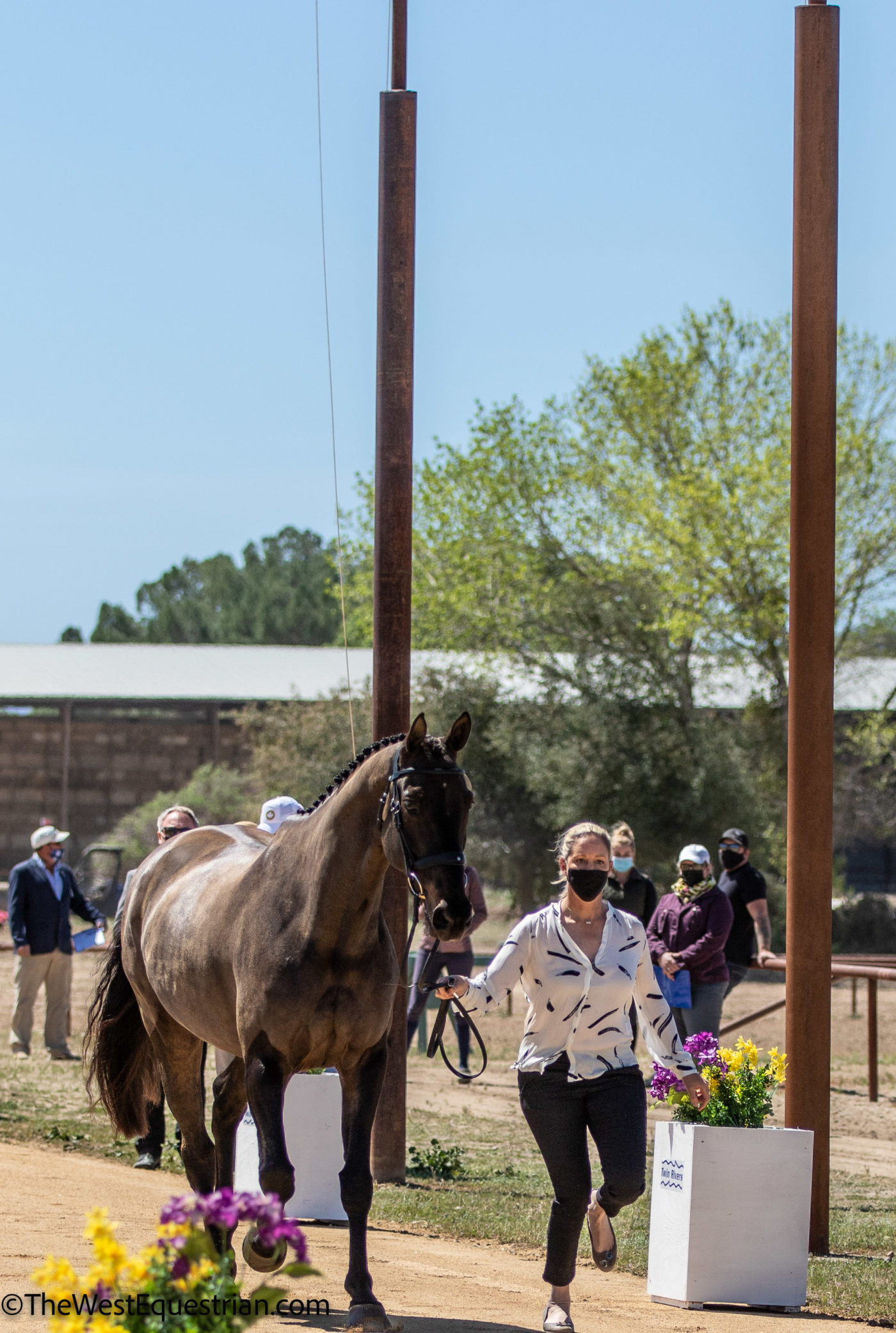 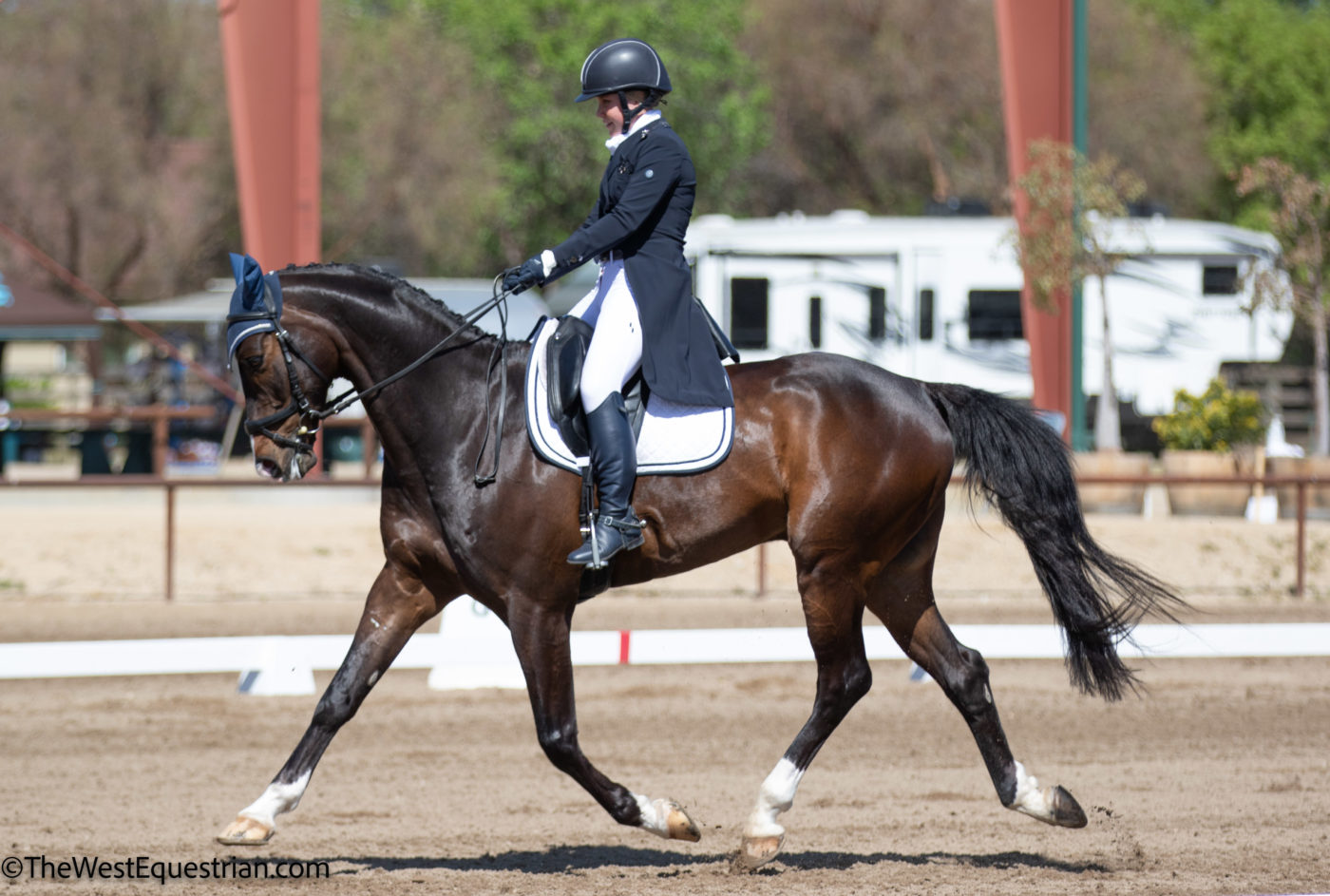 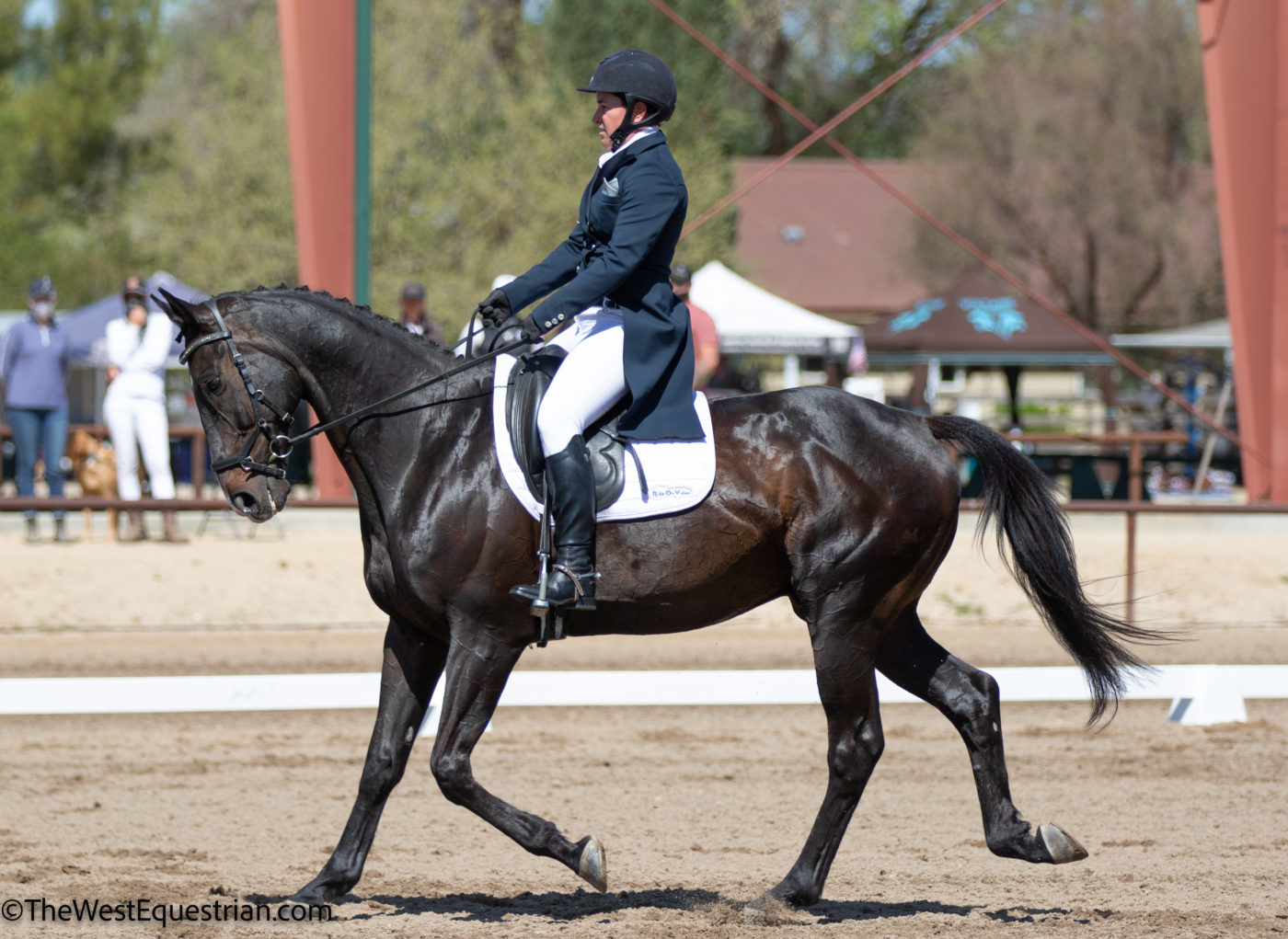 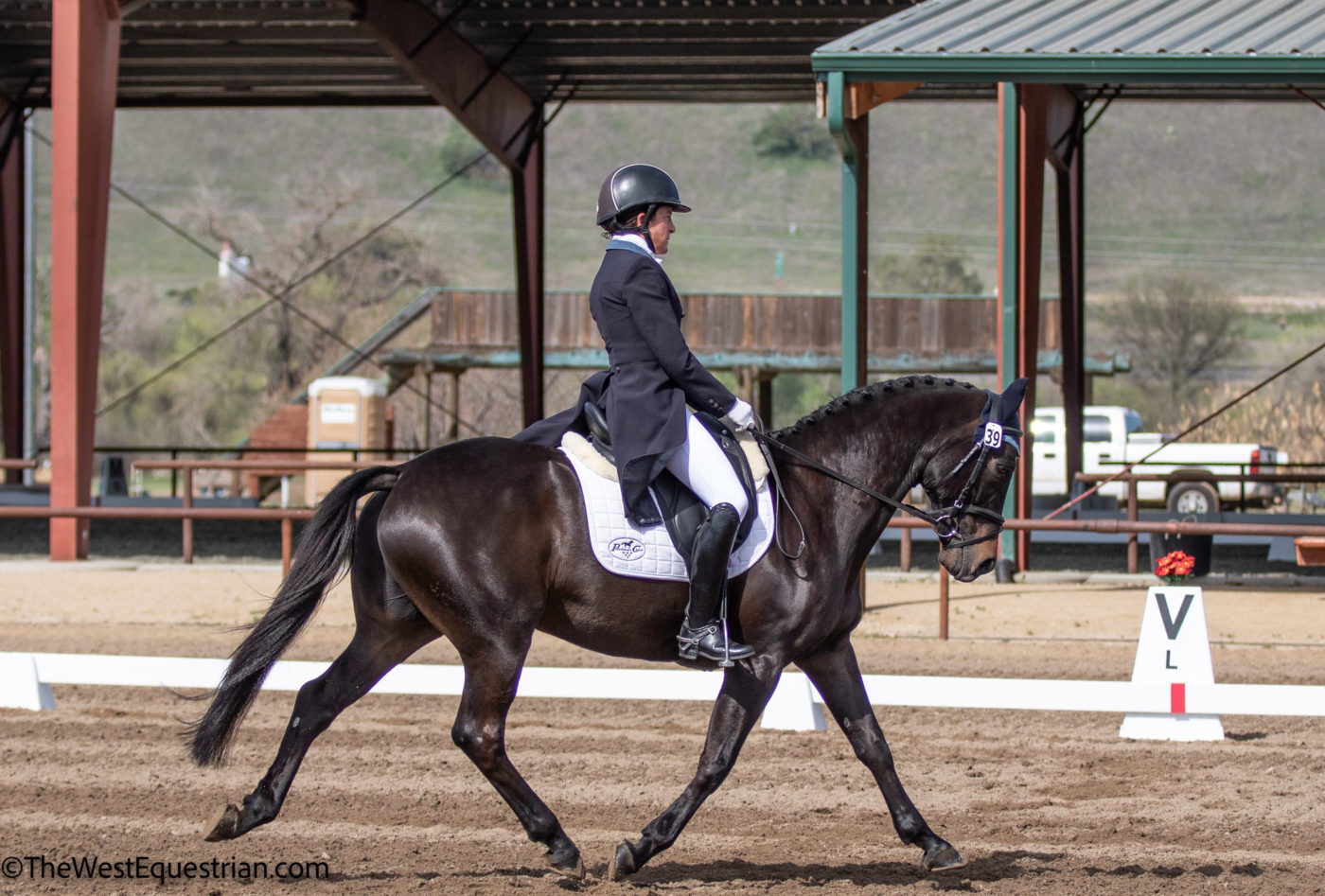 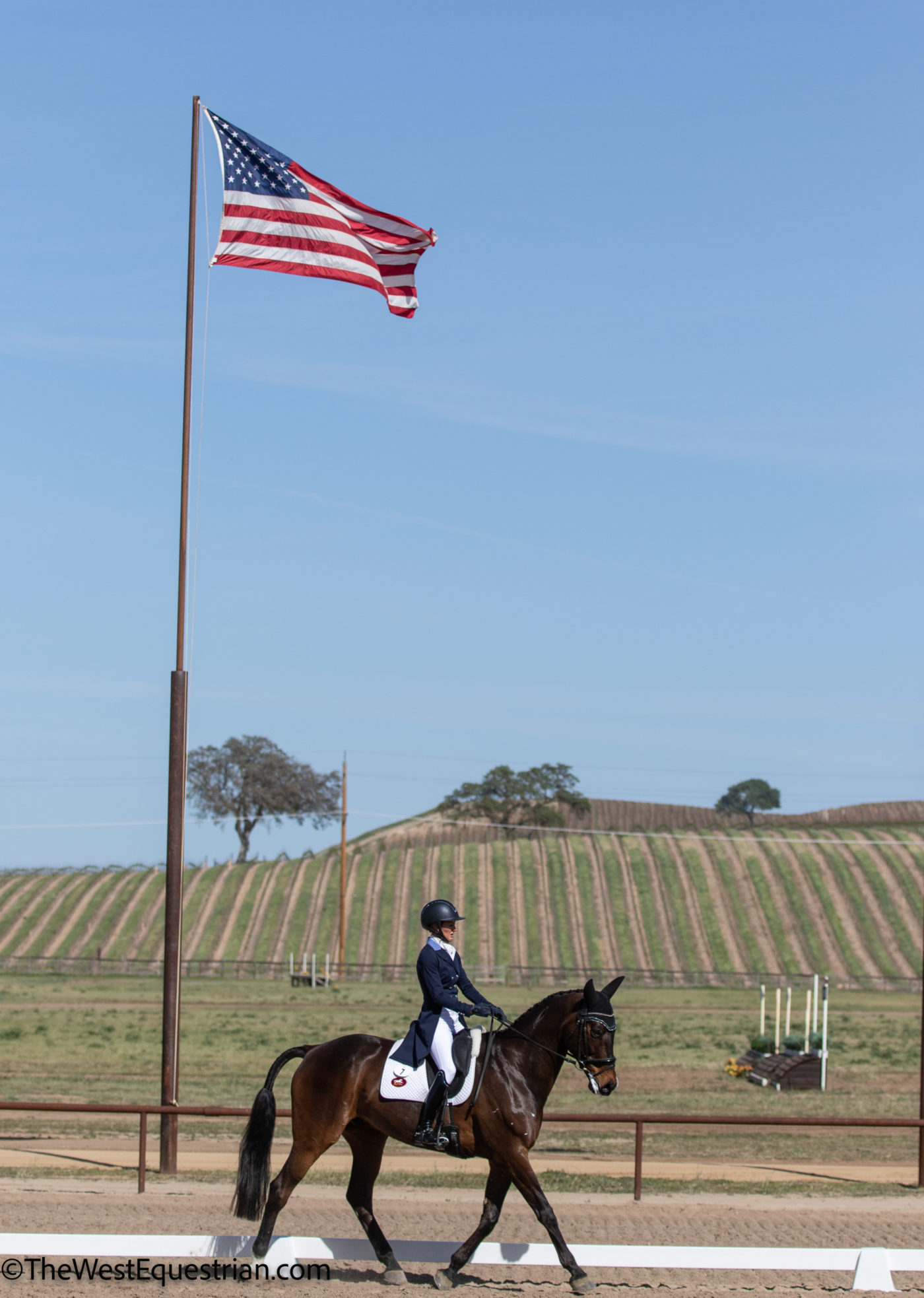 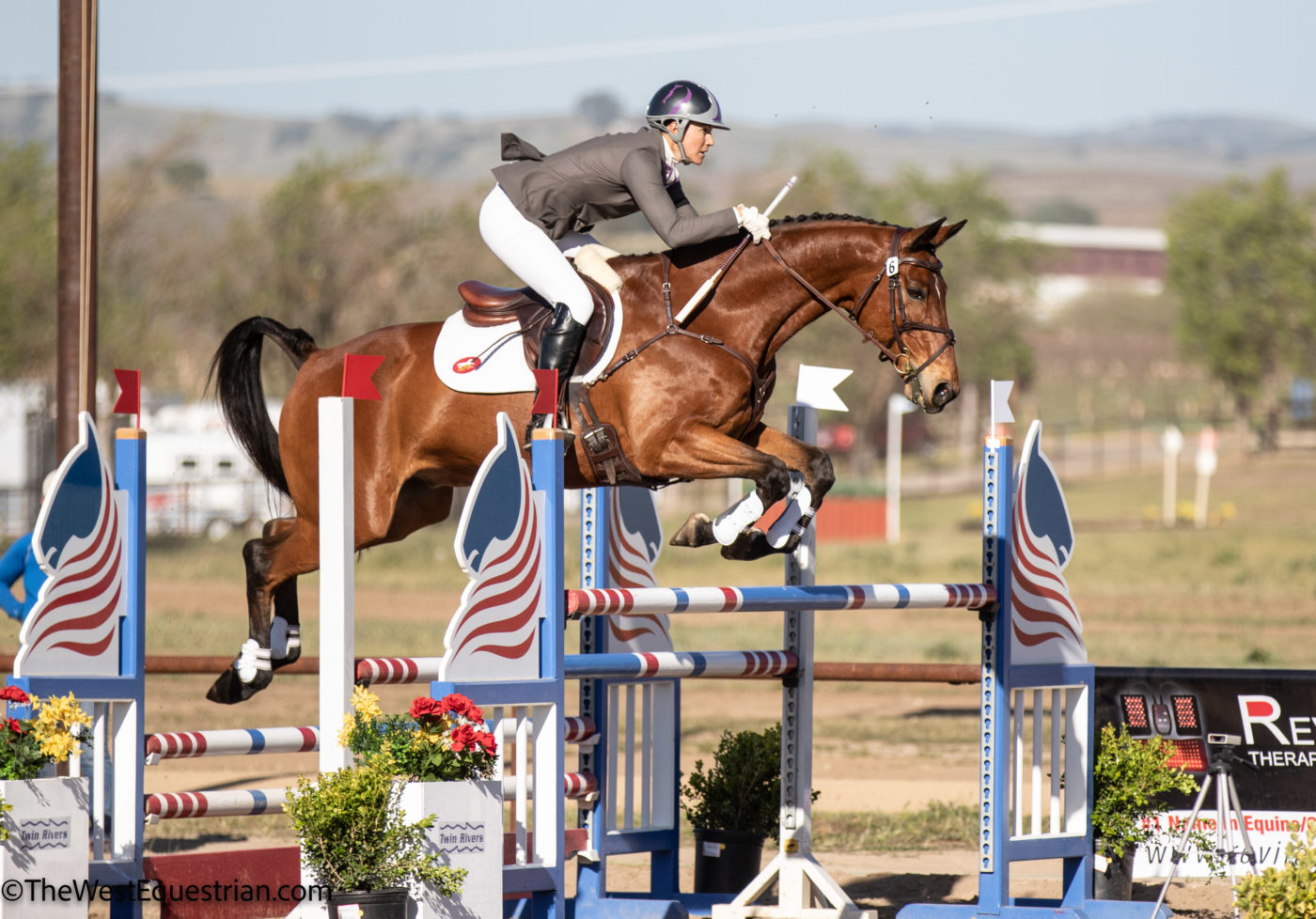 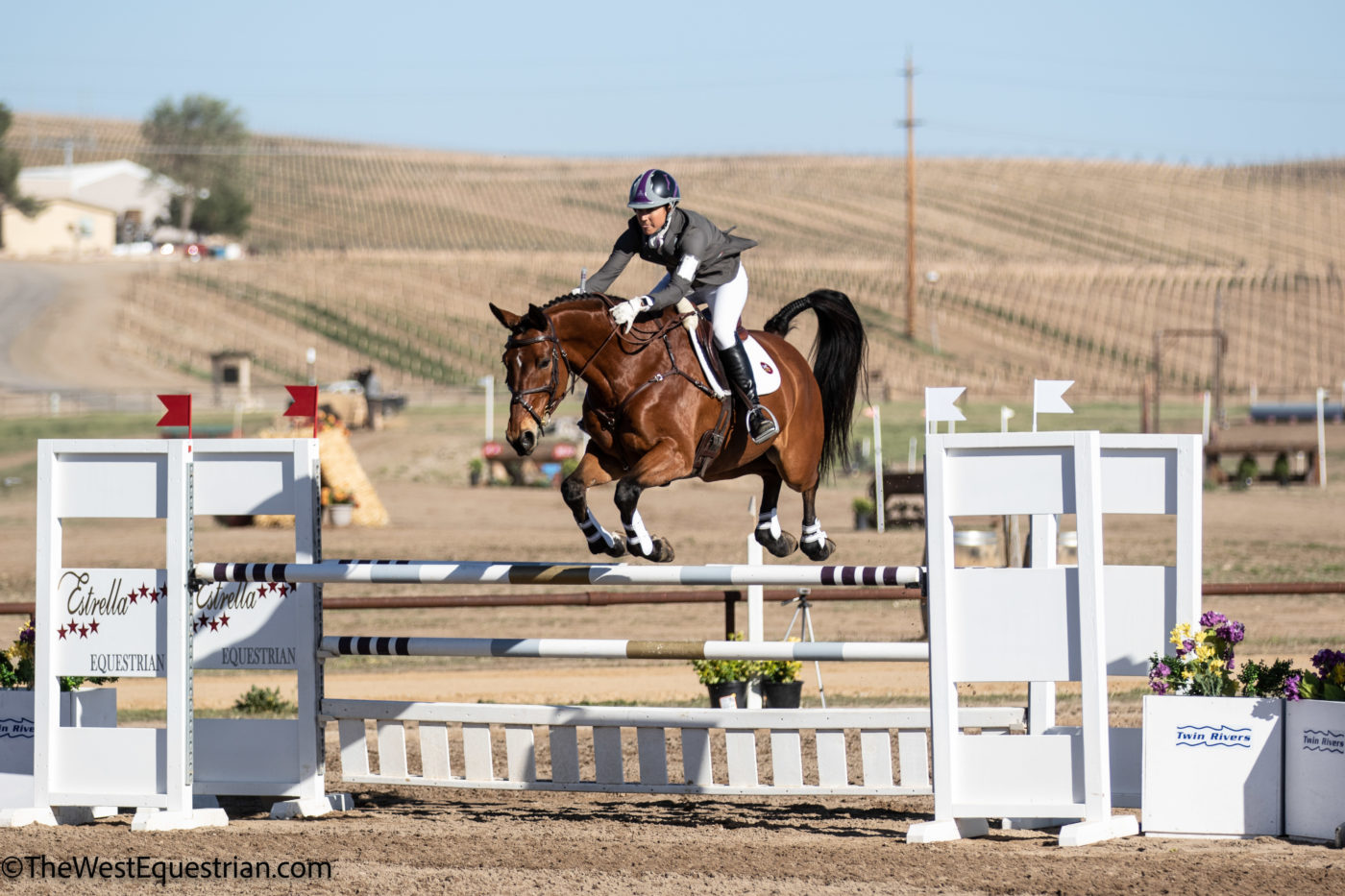