Tayler Stewart and Ideal Contini (Contini x Riviera Wonder) lead the Area II team on their dressage score of 31.2, also maintaining their individual second place position heading into the final phase of competition. “I had a pretty good go. I kind of have to be careful to really read him on cross-country because he’s not one of those horses that’ll always be the same horse every day. I have to read how he reacts to things because he can be cheeky, but he went out and was just game. I was also really good today about when he asked the question, I was quick to answer it. If I don’t answer it quickly, he’s going to make his own decision. I went out and fought for it, so I was really happy, and I was really happy with him,” Stewart said of her own 15-year-old Westphalian gelding.

Alexa Lapp and Cambalda also remain on their dressage score after cross-country, sitting in third place individually on a 32.6. The 16-year-old Irish Sport Horse gelding (Balda Beau x Cathy’s Lady) owned by Tim and Nina Gardner galloped around Stark’s course without fault. “I was kind of worried [coming out of the start box] because he’s really herd-bound. We were turning toward the first fence when he went to pop his shoulder, and the distance I saw was gone, so we were totally out of tune at the first fence. But, after that, he listened and was so careful, and ended up feeling the best he’s ever felt to me. He jumps what you point him at, and he was really fighting for me. It was such a cool feeling.”

The 18-year-old Thoroughbred Flintstar (Zabalu x Croftlea Firequeen) galloped around course like the seasoned professional he is, taking Ryan Keefe for a joy ride to maintain their score of 35.4, standing in fourth place individually. “Flintstar is always in charge,” laughed Keefe. “He was really honest, and he was super. Once I got my rhythm going after several jumps, I finally got myself together. He’s super speedy, and he was really heavy on my right rein, and I realized when I finished that he had no left front shoe or studs, so that’s probably why [he was heavy]. He was super good to go around with that issue, and we worked it out.”

“It didn’t go quite as well as I hoped it would,” stated Olivia Dutton (Area II) of her ride. “He was really strong, and I kind of felt like I was riding a rocket!” Although Mr. Medicott (Cruising x Slieveluachra) acquired 20 penalty points in the water at 15B, Olivia Dutton managed to pilot the strong 19-year-old Irish Sport Horse gelding to a solid finish. “Once we got to the second water, he kind of hung a leg (at fence 15), and I went [too far] forward, and I luckily stayed on.” Dutton joked about her miraculous save, saying “I saw the water under me and thought ‘I’m not going down, I’m not going down!’ I stayed on and we had to circle, but he doesn’t even know we had a runout. I’m still very happy with him, and I love him so much.”

First out on course this morning at 8:30 a.m. (MDT) was overnight individual leader Alexandra Baugh on Altorac Farm’s 16-year-old Irish Sport Horses Ballingowan Pizazz (OBOS Quality x Rocklea). Baugh piloted “Mango” beautifully around the course, setting the tone for the rest of the division with a fault-free ride. The pair won the 2017 NAYC CH-J* individual silver medal, and they’re clearly going for gold this year in the CICOY2*. “He was just perfect again,” stated Baugh of Mango. “He sometimes likes to put his head down and cruise, but he was really uphill and easy to half-halt. He had a lot of fun on course, and he really liked all of [Ian Stark’s] questions. He was super honest and just kept going and I’m so proud of him. He tried so hard. This course is also decorated a lot more than on the east coast, and it’s good for him to see things he normally doesn’t see, especially since he’s a spooky horse. It really changes our perspective on how we need to ride them, and it’s a great learning opportunity.”

Less than 2.0 points separate the top three individual leaders, and less than 10.0 points separate the top two teams of Area II and the combined Area team of I, IV and VIII. While Baugh moves into show jumping to defend her individual lead and the Area II team tries to defend their gold medal position as well, just one tiny error could shake up the leaderboard, so tomorrow could prove to be a nail-biting finish. The NAYC CICOY2* will tackle Chris Barnard’s show jumping course at 11:30 a.m. (MDT) Sunday morning.

NAYC live scores are available here. Live streaming is available on the USEF Network here(use the code NAYCE18 for a free fan membership). 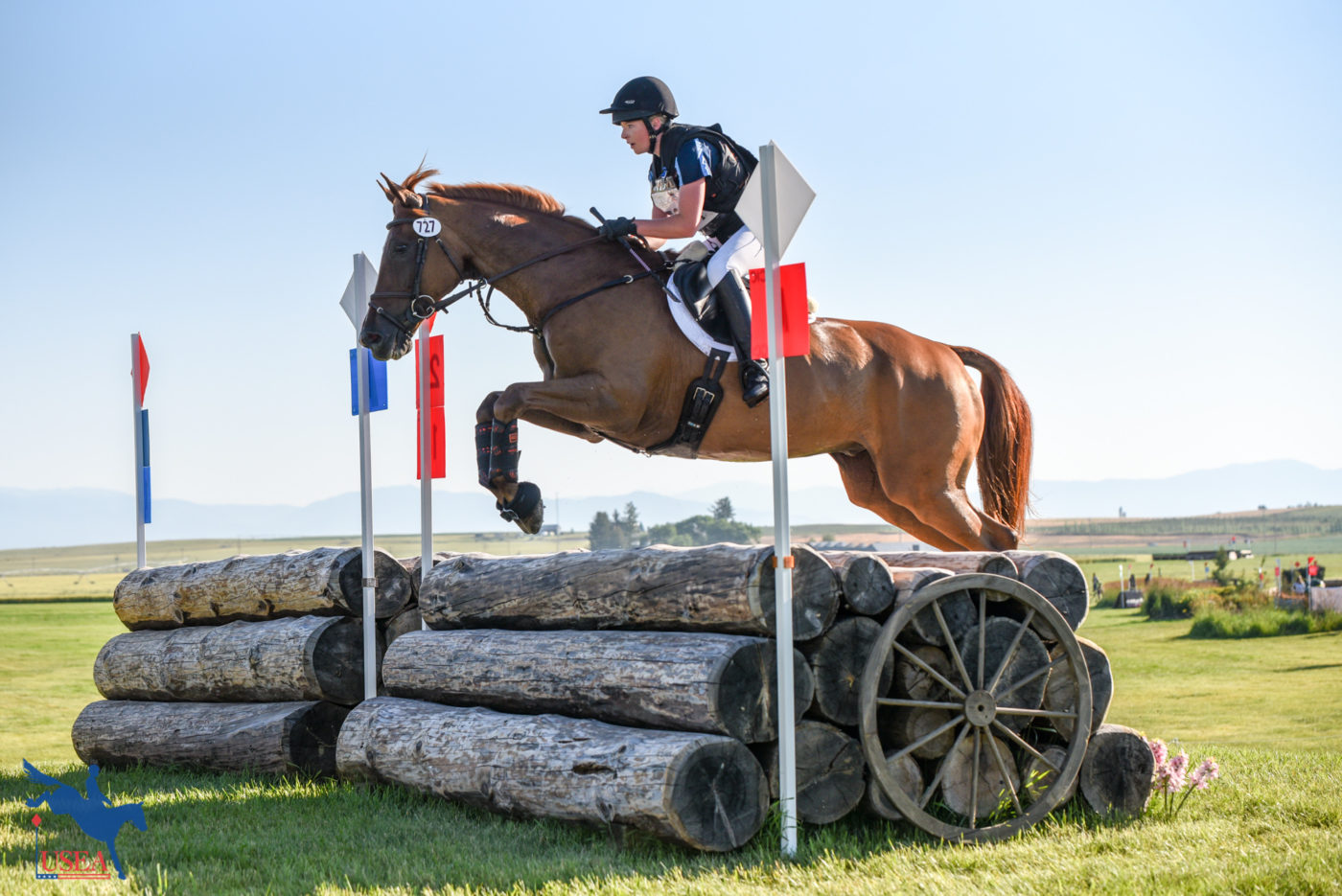 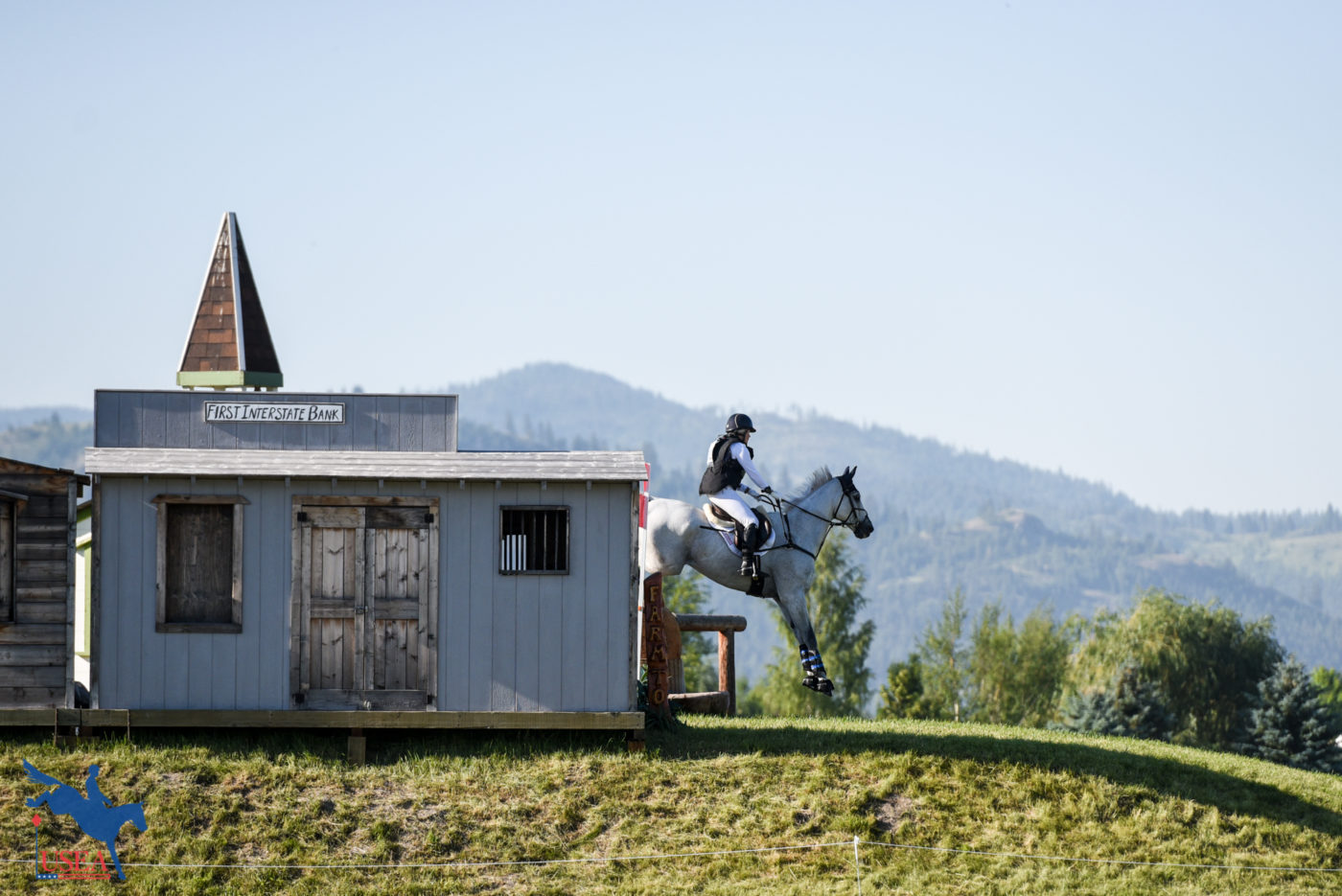 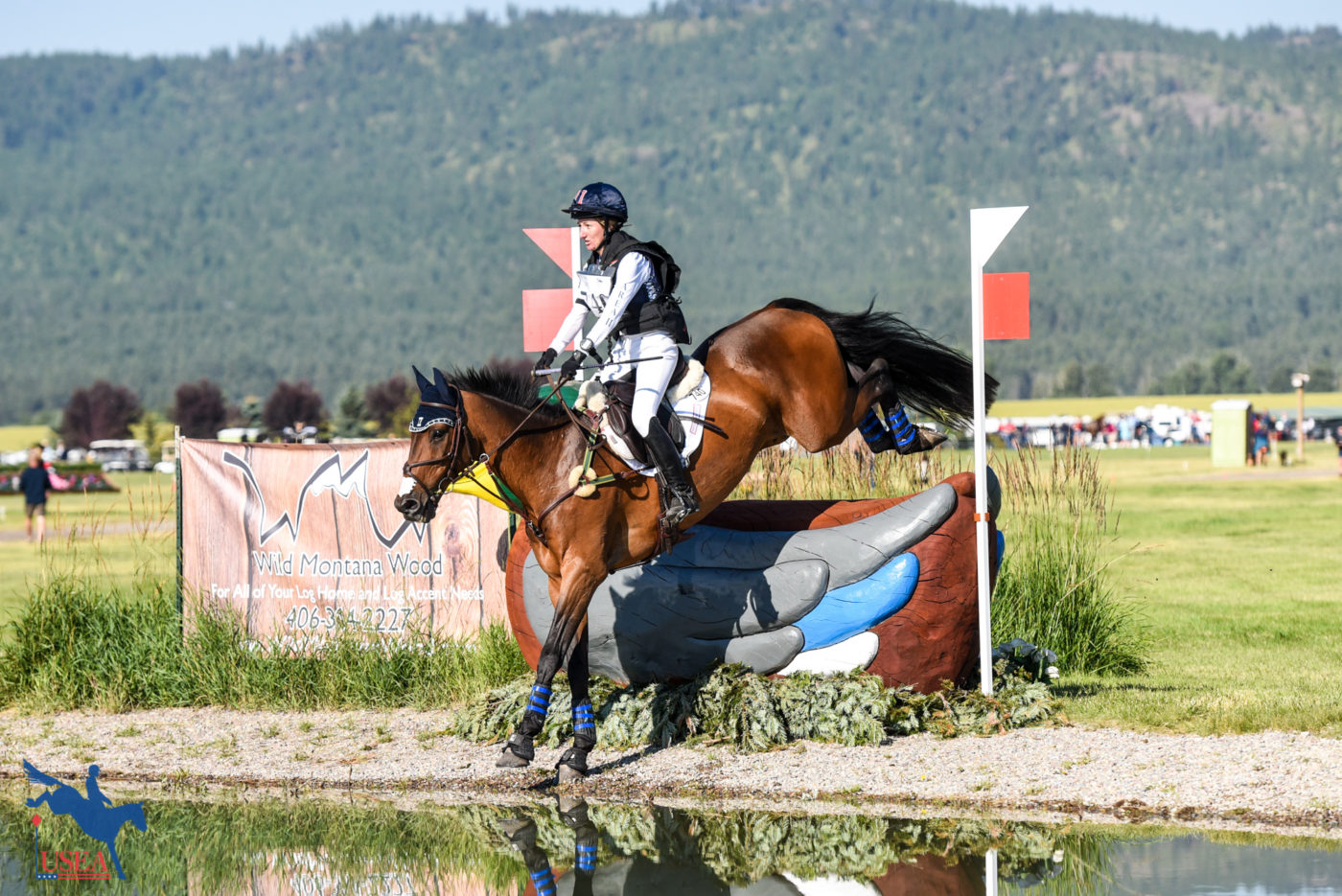 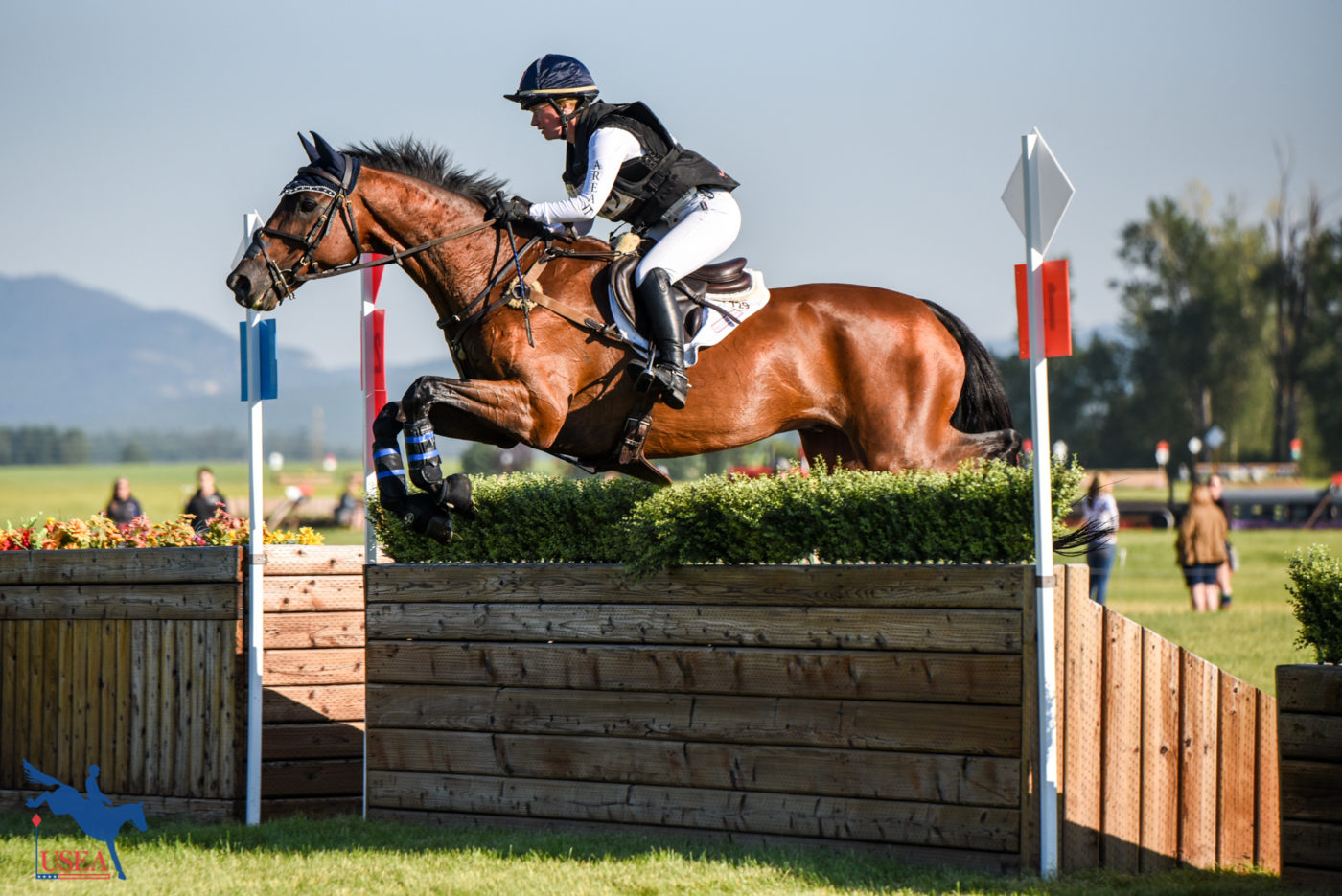 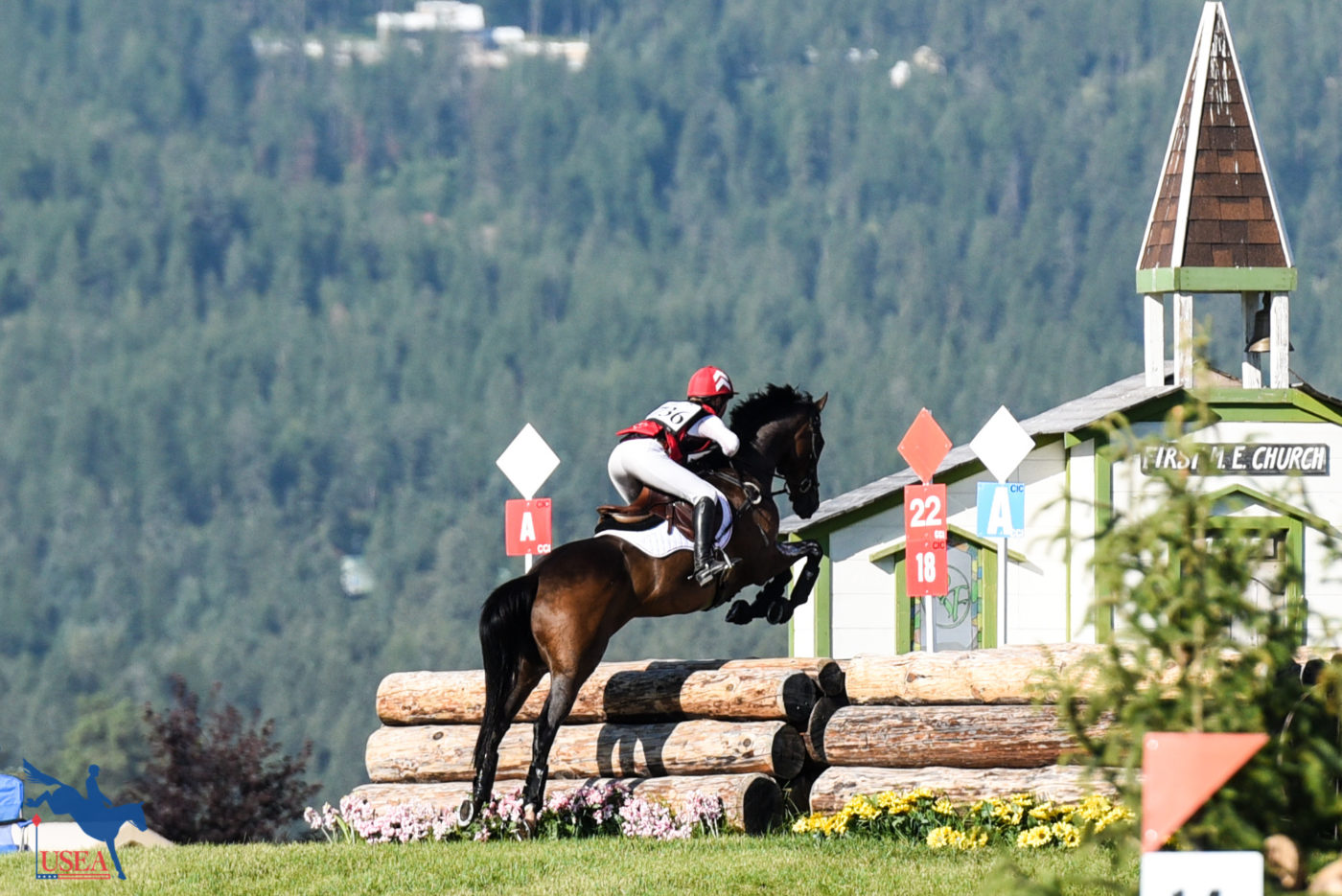 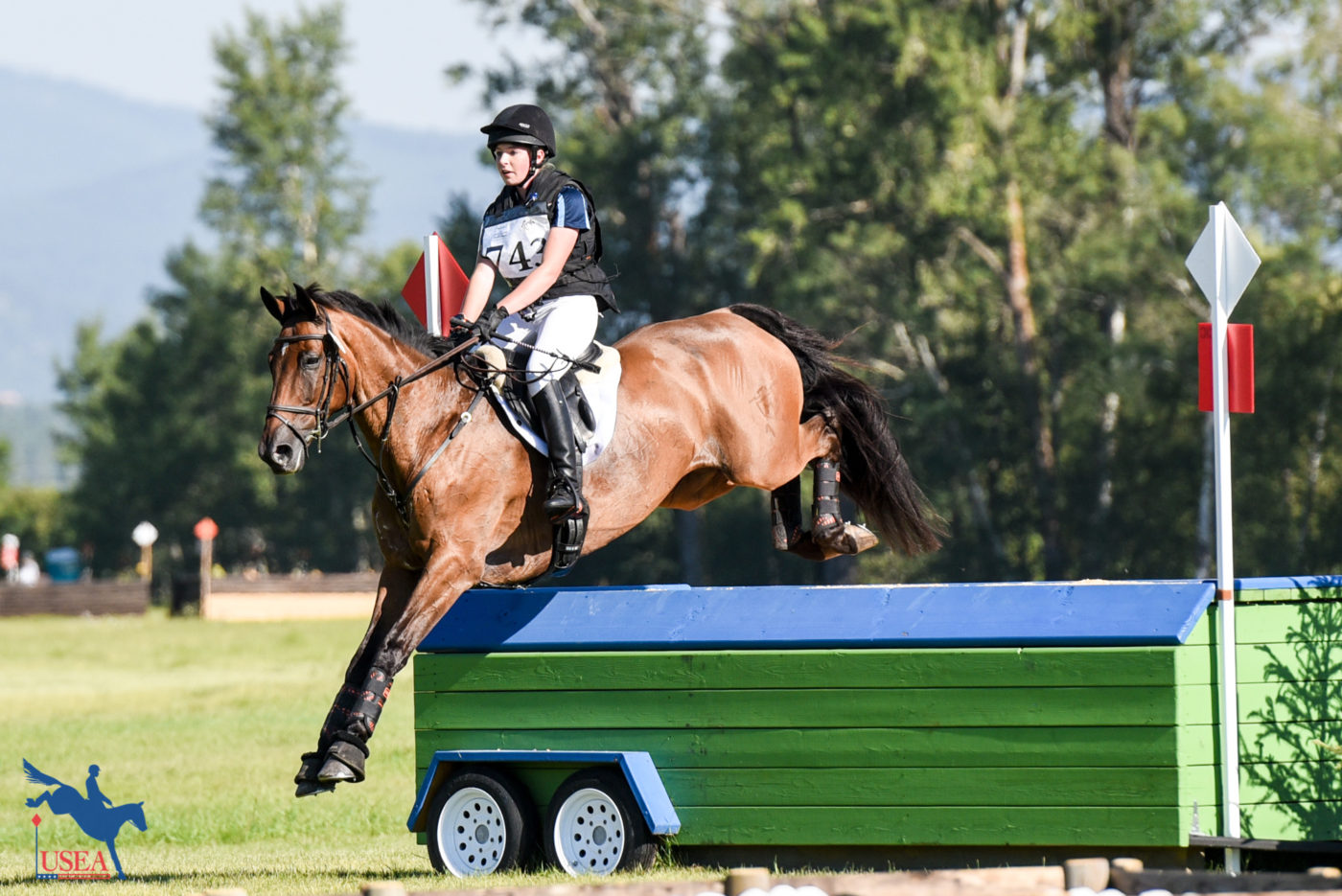 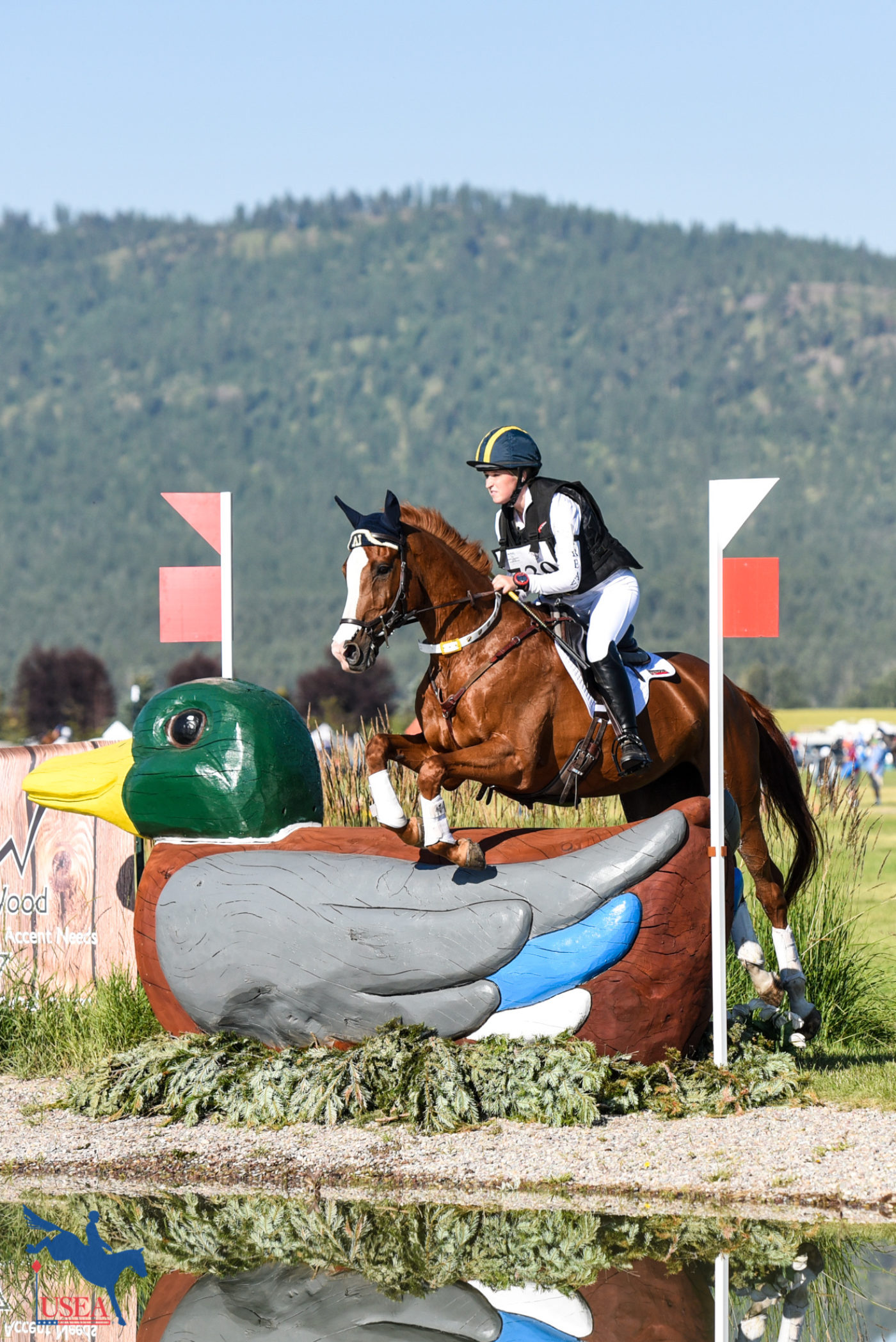 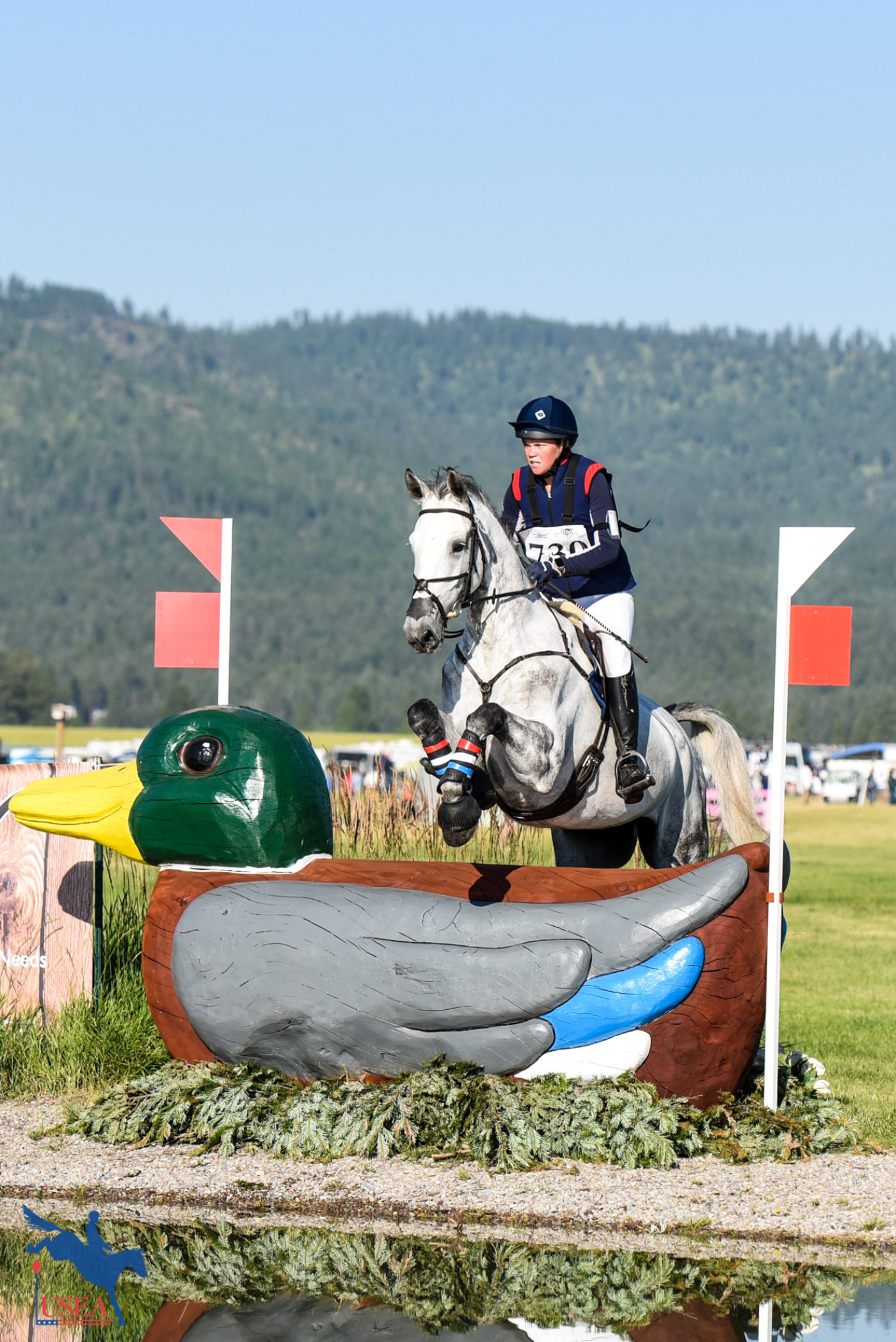 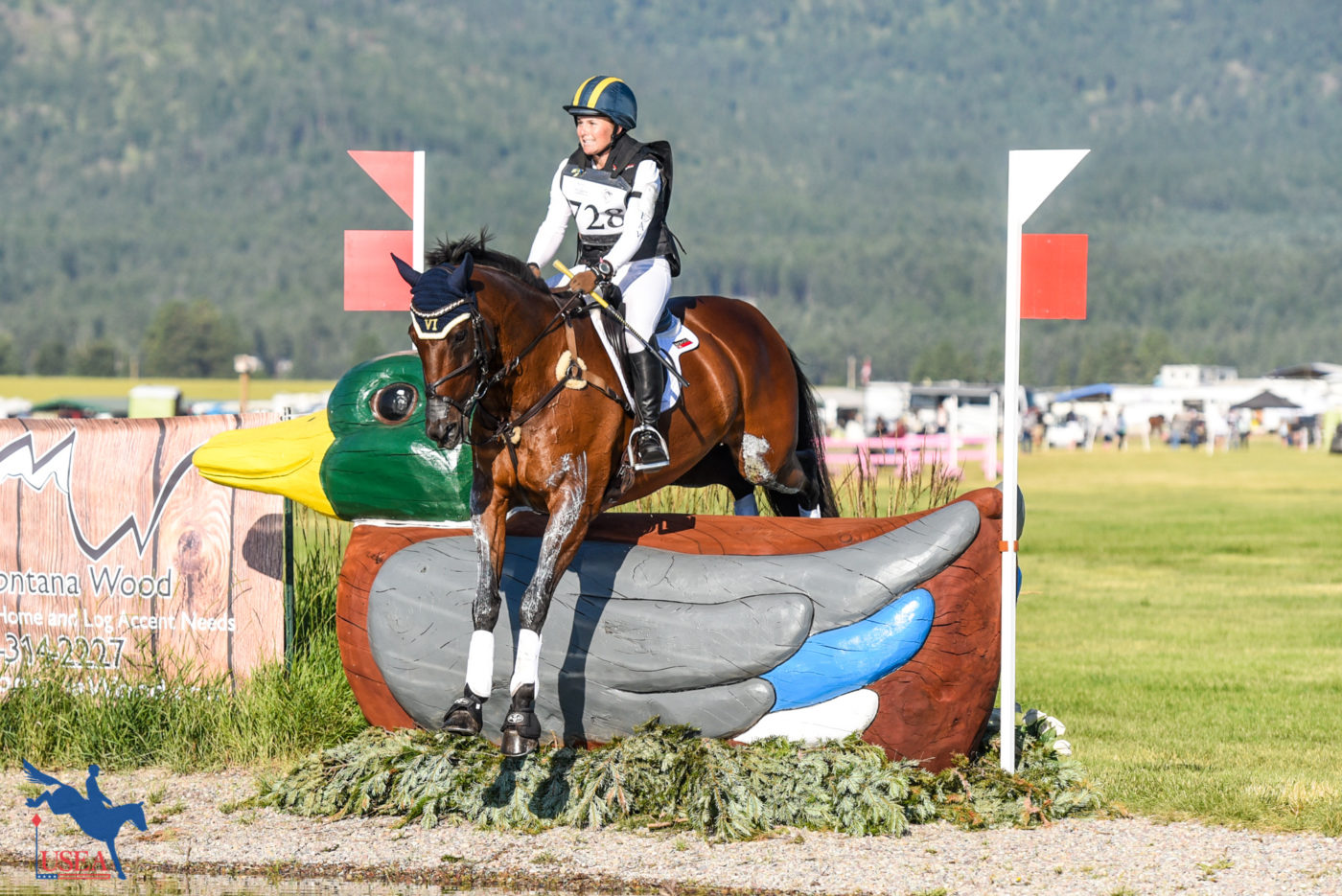 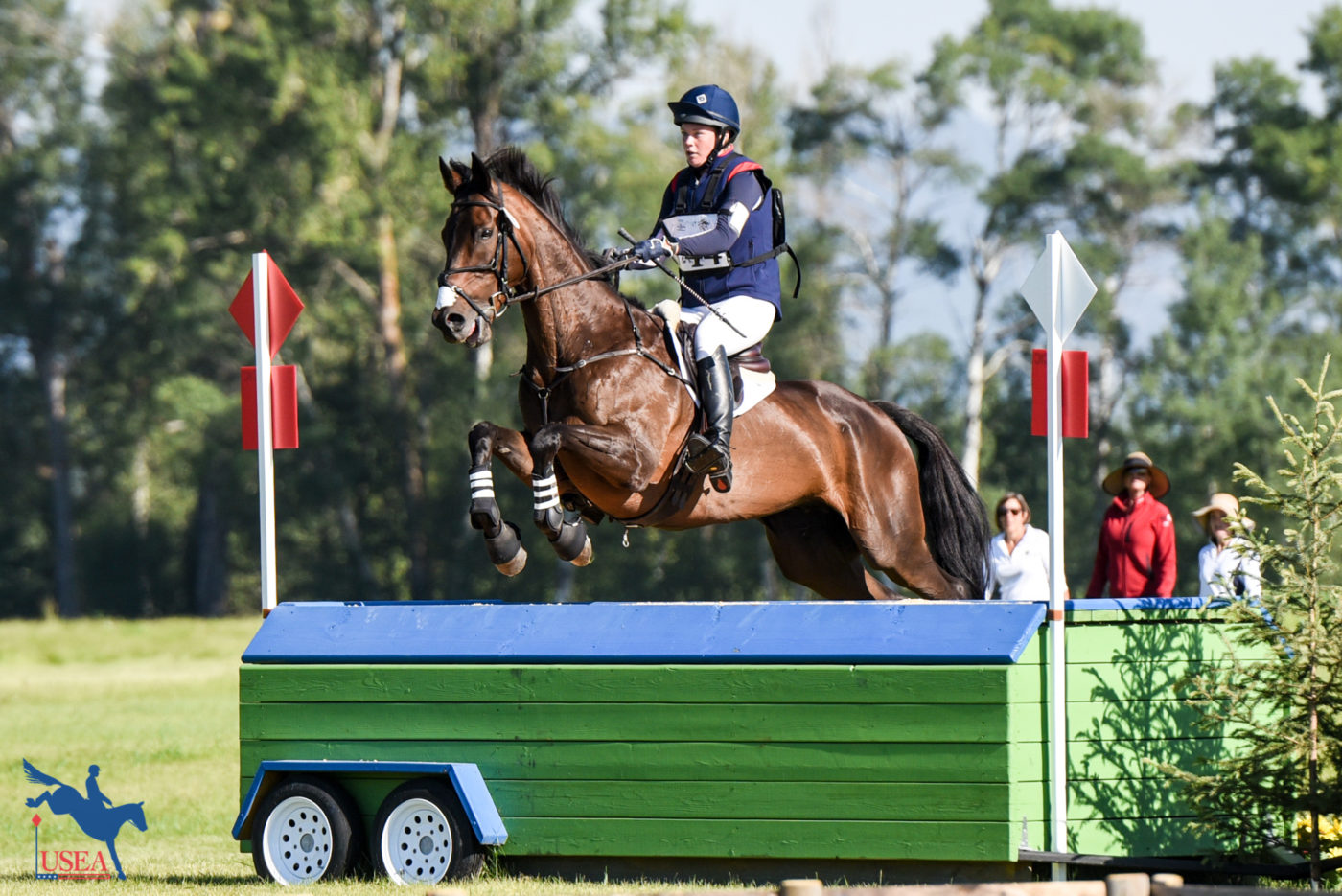