The final day of the Jersey Fresh International Three-Day Event in Allentown, New Jersey dawned cold, rainy, and windy, but even the bad weather couldn’t keep Fylicia Barr and Galloway Sunrise (Duty Officer x Coco Chanel) down. Barr and her own and Shannon Barr’s 11-year-old American Warmblood mare dropped a single rail on today’s show jumping course but still managed to hold onto the lead to take home her first four-star victory on a horse she’s produced from an unbroken 2-year-old.

“She’s a horse that struggles with tension in the dressage and I’ve really been focusing more this winter on the dressage and show jumping phases,” Barr said. “She came out on Friday and just put down one of the best tests she’s put down. She was relaxed, she was supple. She had a little bobble in the second medium trot, but other than that kept going straight through and even with that score it still kept us up in the rankings.”

“I was worried about her fitness coming in [to cross-country] because I didn’t go south this winter,” Barr continued. “I felt she was fit enough but I don’t have a lot of experience at the level so you don’t know for sure until you’re through the finish flags. I knew after the first jump – she was game on the whole time, hunting the flags. It’s just a really cool experience to have a horse who knows their job so clearly.”

“We’ve always struggled with the show jumping, but my eye was in and she was just jumping out of her skin for me. I’m really pleased with her. Despite the weather she came in and put in an almost foot-perfect show jump round.”

“She was the first horse I did my first Preliminary on. I brought her up from the ground up – I was the first person to ever sit on her back. It’s been a long time coming and I feel like all the pieces finally came together this weekend,” Barr concluded. “It’s really exciting.”

Barr was also the recipient of the USET National Open Challenge Trophy, awarded to highest-placed American in the CCI4*-L.

Arden Wildasin and her own and Sarah Wildasin’s 15-year-old Thoroughbred gelding Il Vici (Galileo x Ladyeri) climbed from 13th place after dressage to second place following their double clear cross-country round yesterday, and even a single rail today wasn’t enough to bump them out of second place.

“It’s been unbelievable,” Wildasin said. “Coming in today, that rail was unfortunately my fault – I have so much more to learn – I just didn’t have my balance together so I slid the reins and he tried but it was just unfortunate, but he was amazing.”

“I’m so grateful to have him, but I’m also very grateful that I have my mom and dad to support me through all my journeys through eventing,” Wildasin stated. “They’re who allow me to do what I love to do and they don’t push any pressure. If I want to go out and do something, they say, ‘Go for it.’ I’ve learned to enjoy every moment, and that’s the biggest thing.”

Il Vici was the highest placed Thoroughbred in the CCI4*-L, meaning he received the the TIP (Thoroughbred Incentive Program) award.

Meghan O’Donoghue and Palm Crescent (Quiet American x Edey’s Village), Chase and Darcie Shipka’s 13-year-old Thoroughbred gelding, jumped all the way up the leaderboard from 14th after dressage to fourth following yesterday’s cross-country, finally settling in third place at the end of the weekend. “He’s been jumping really well for me,” O’Donoghue shared. “I was a little bummed to have the pole, but all in all it’s a long weekend so I’m not too upset and hopefully we’ll be better next time.”

Palm Crescent has been at the four-star level since 2016, but a broken stifle sustained at Carolina International in 2017 sidelined him for a year. “It seems like he’s been at it for a while but he hasn’t had that many runs. [On cross-country] I thought that he was very straight and felt fit and I was right on my markers, maybe just could have not been so picky right at the end but he was only one second over the time. I’m really excited about the rest of the year and looking ahead to next year.”

With her eyes on Kentucky next spring, O’Donoghue said she plans to get the remaining qualifier she needs to compete either at Rebecca Farm over the summer or at Fair Hill in the fall.

Doug Payne and Starr Witness (Chello III x Carmen) continued their slow climb up the leaderboard today to ultimately take home top honors in the Jersey Fresh International Three-Day Event. Payne and his own, Laurie McRee, and Catherine Winter’s 8-year-old KWPN mare started the weekend in third place on a dressage score of 30.1 and added nothing to their score across the country yesterday or in the show jumping arena to finish on that dressage score.

Starr Witness, who Payne acquired from hunter trainer Emil Spadone a year and a half ago, is one of several horses in Payne’s string who has really begun to come into their own this year. “It’s a very rewarding experience for sure,” Payne said of his win with Starr Witness. “I’m very appreciative of [her owners] because they took a chance.”

Spadone felt that Starr Witness was going to be a bit too hot to be a show hunter and sent her to Payne to see if she would take to eventing. “Her first event was Paradise [Farm] last year. It’s incredibly exciting. She’s going to stay at this level through the year and probably move up next year.”

“Frankly, she’s still figuring it all out. She did a Training [or two] but she’d already jumped through 1.20 meters and so [I didn’t] necessarily have to teach her to jump per say, it’s just teaching her the tricks of cross-country. She came along pretty quickly, went up to Preliminary, that was good, and then I figured we really need to take a shot at the Pan Ams, she’s going so well. So, we did our first Intermediate at Millbrook and she went around it with ease . . . She’s so athletic and she’s smart and she’s willing.”

Starr Witness is one of four horses that Payne has submitted applications for the Pan American Games. “It’s an exciting time. The majority of these horses have been with us forever, really, and they’re just getting old enough and experienced enough to be competitive.”

Of the 14 competitors in the CCI3*-L, seven jumped double clear rounds. Robin Walker and SBT Barolo and Arden Wildasin and Apogee also jumped clear but picked up time faults over Chris Barnard’s course.

In addition to the ribbons that were handed out today, Nilson Moreira da Silva was presented with the Philippa Humphreys Memorial Sportsmanship Award, which is presented in honor of Philippa Humphreys to a rider who demonstrates “fairness, respect and responsibility; selfless equine management; passion and commitment for the betterment of eventing, and outstanding mentorship and relationship skills.” 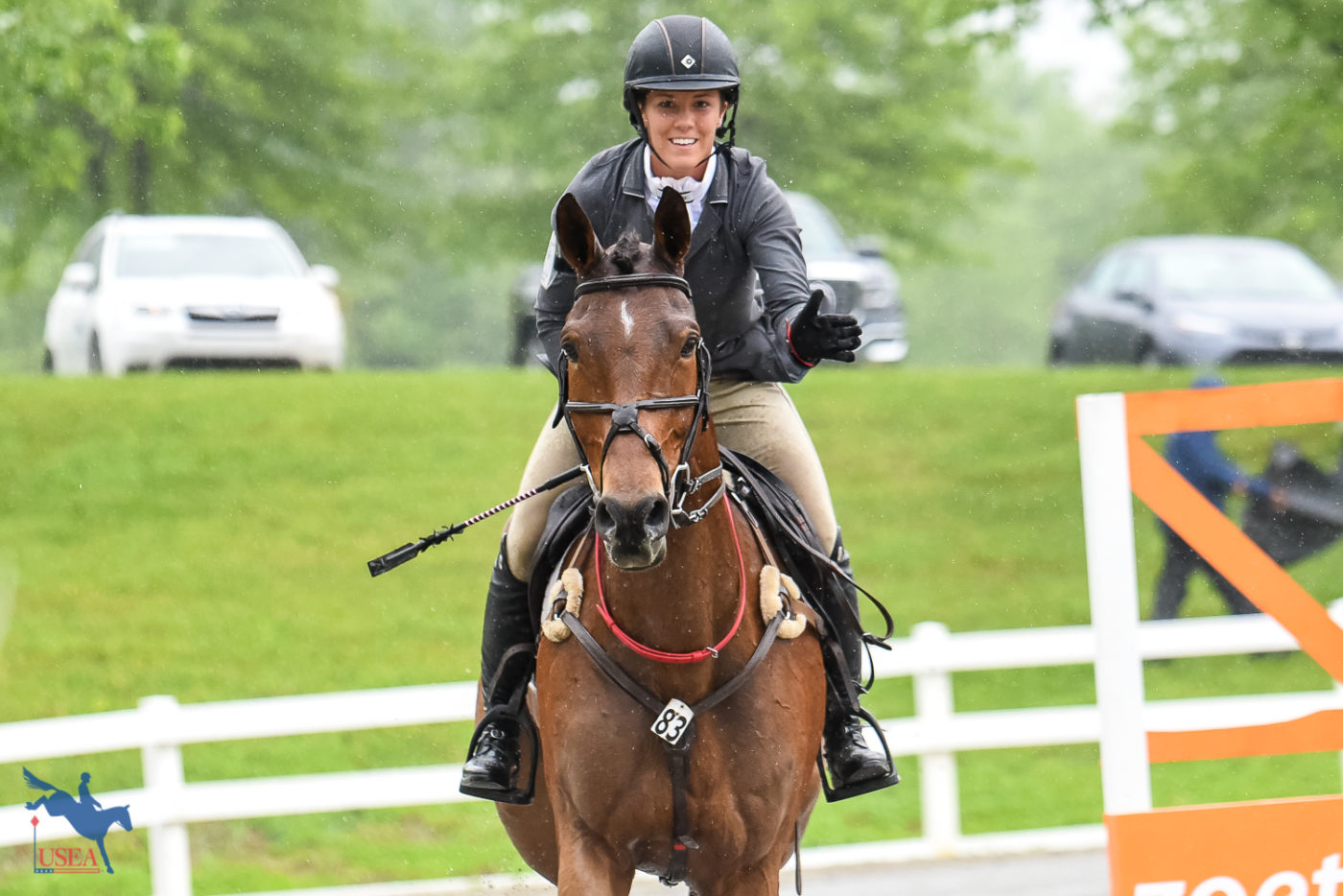 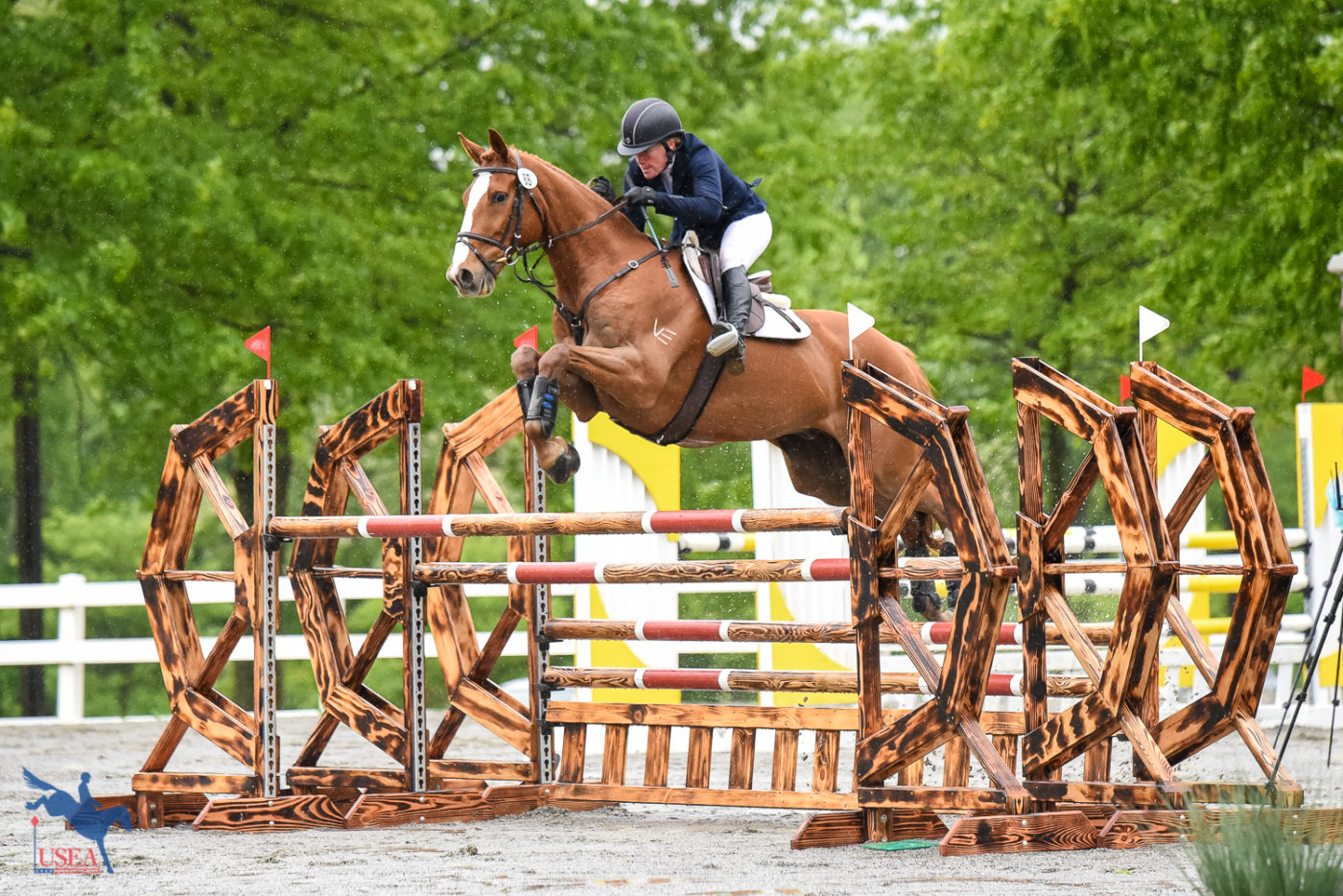 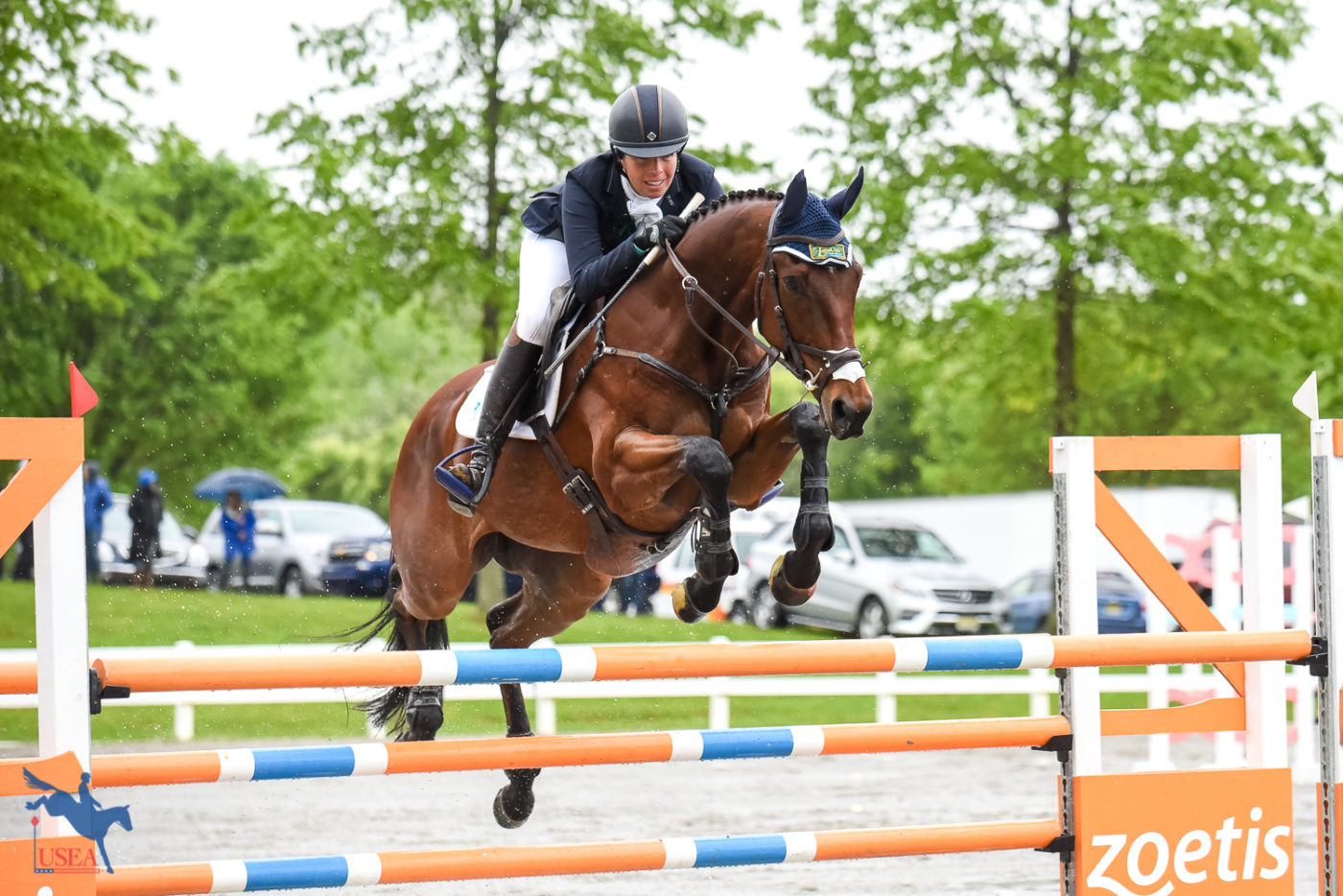 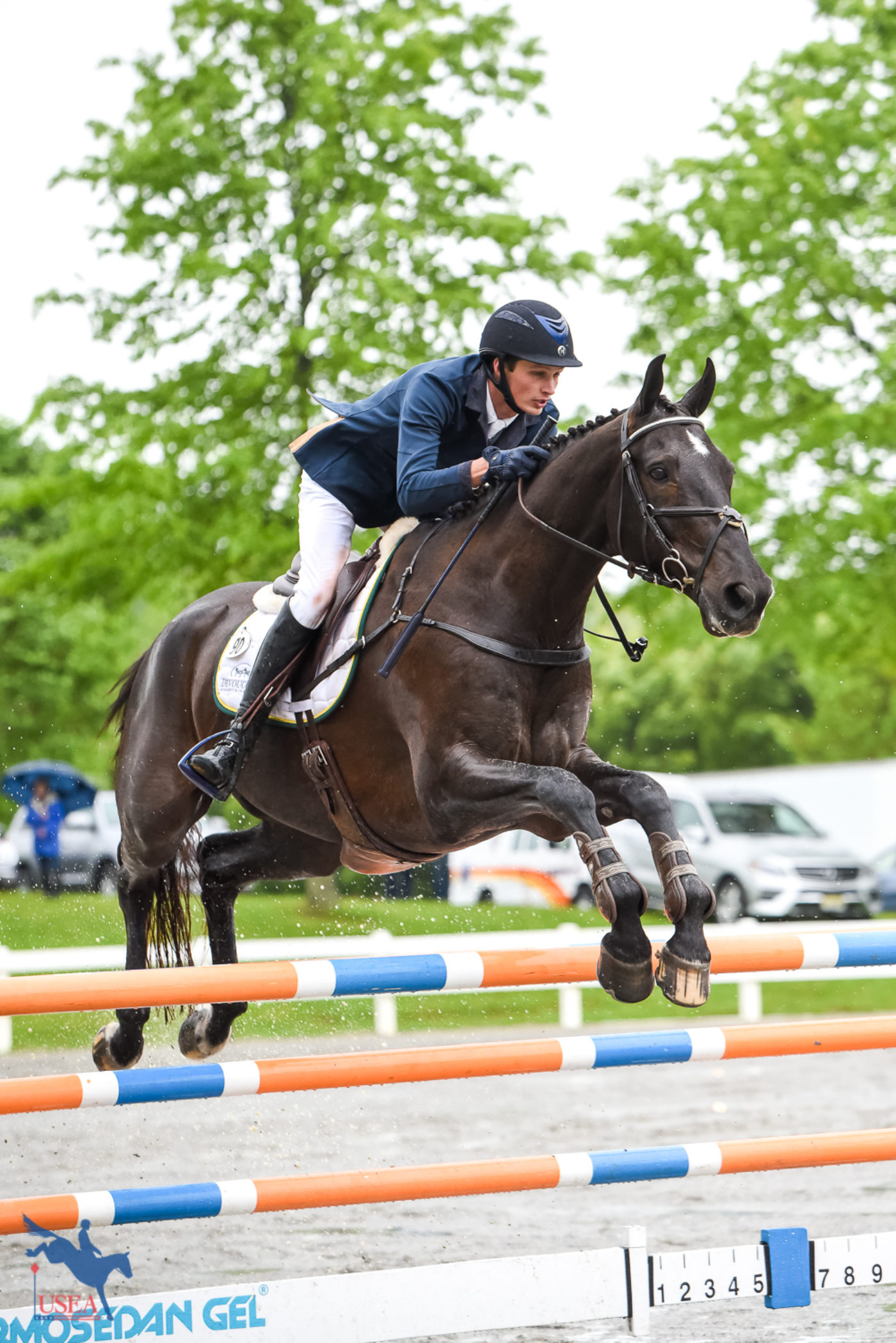 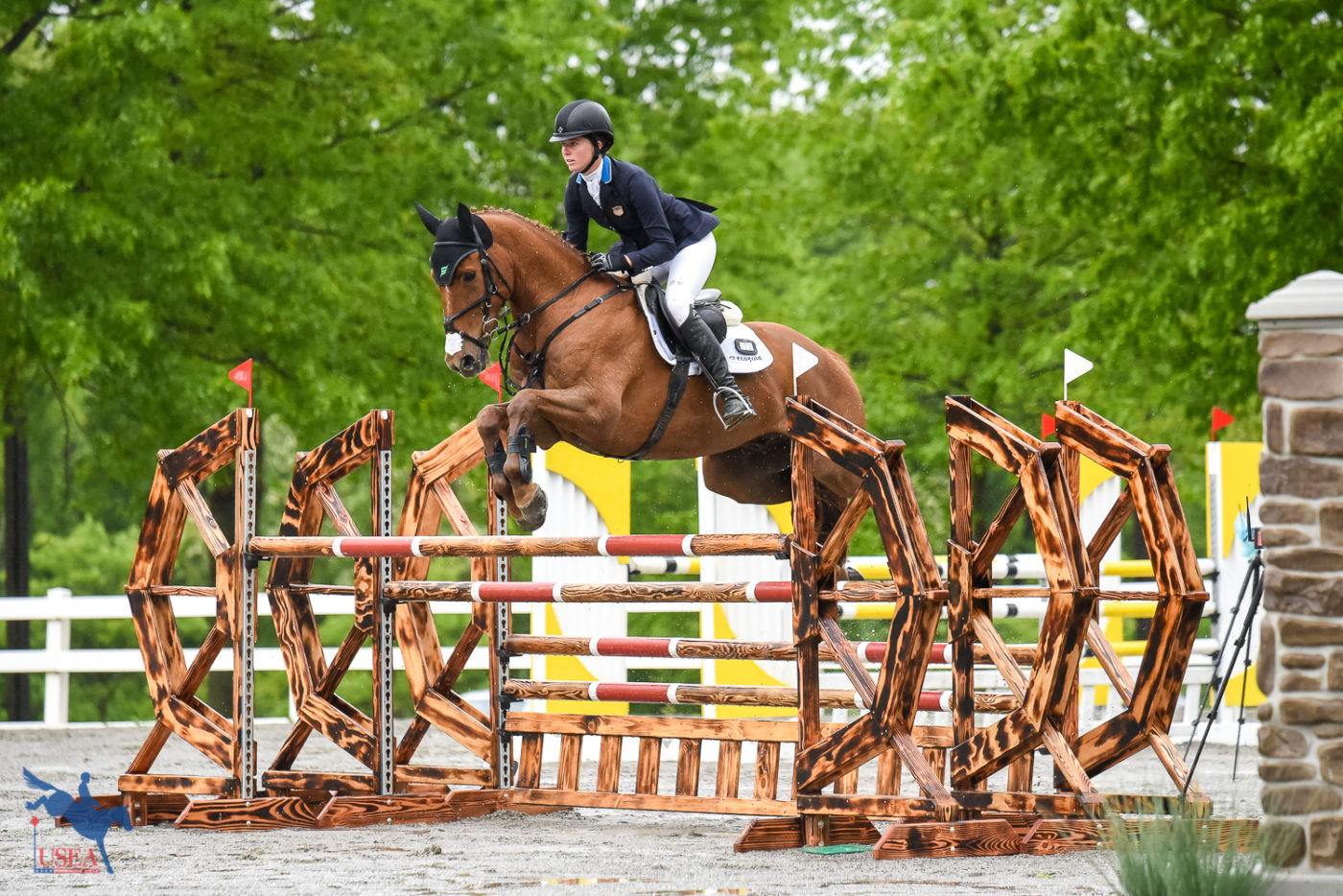 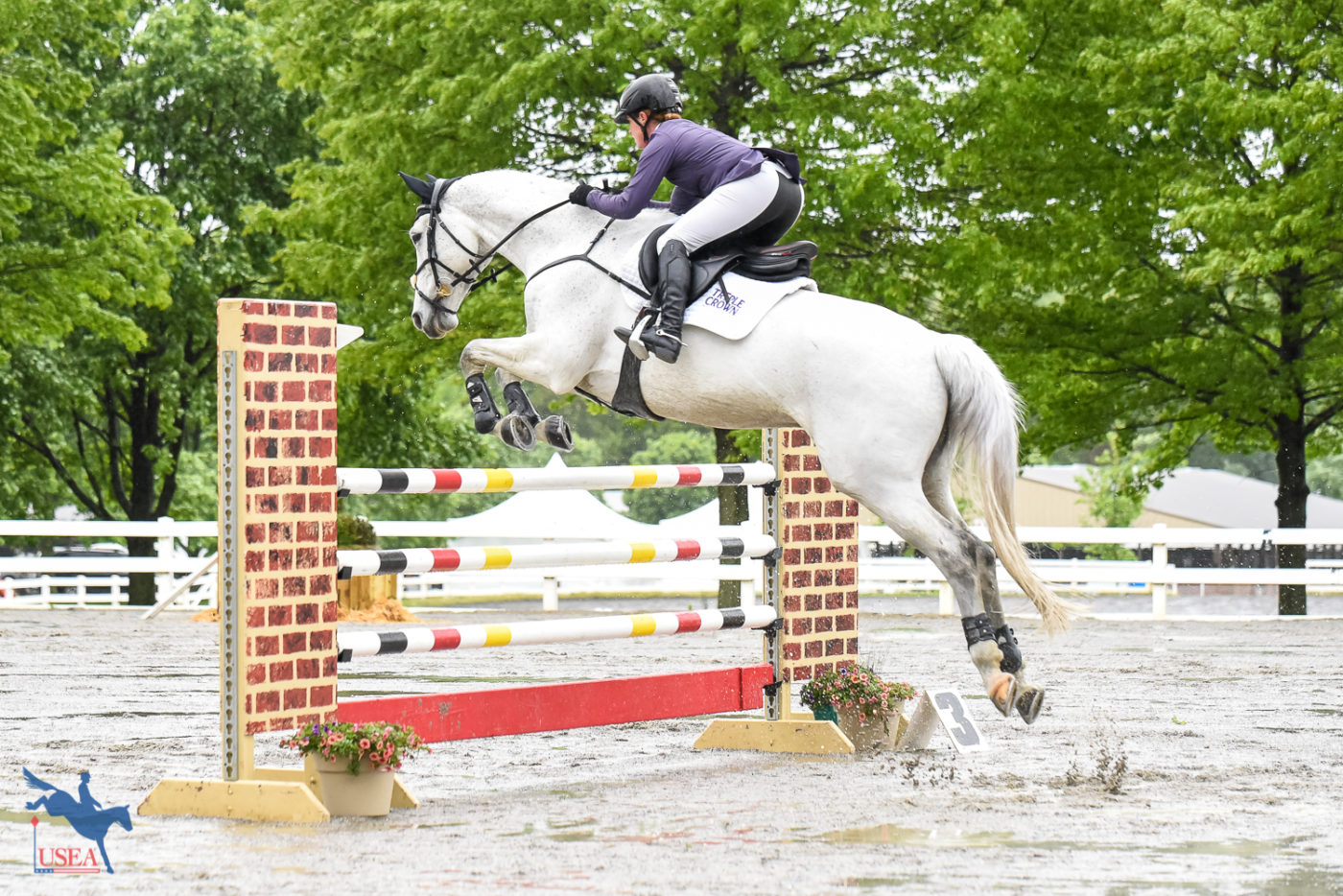 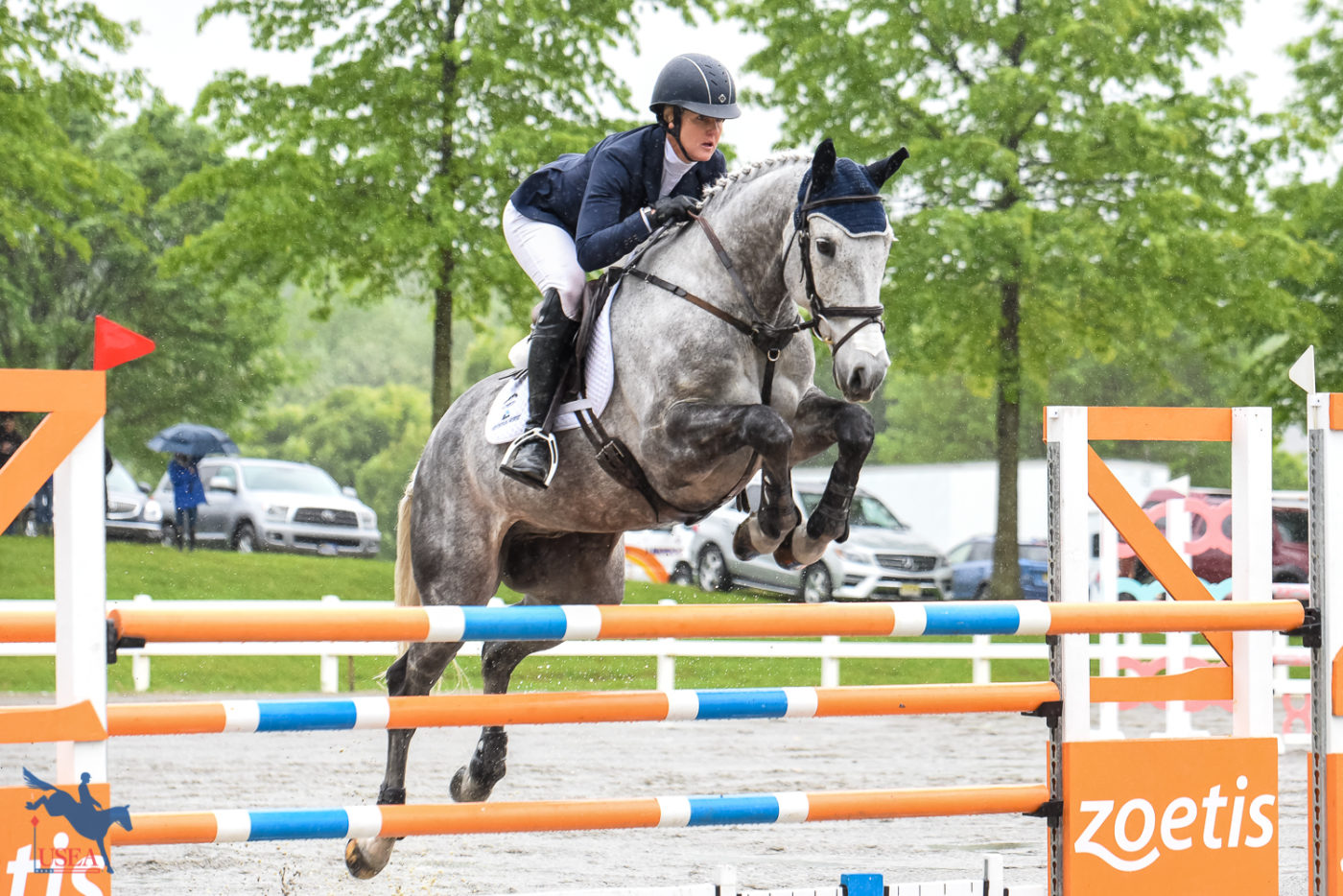 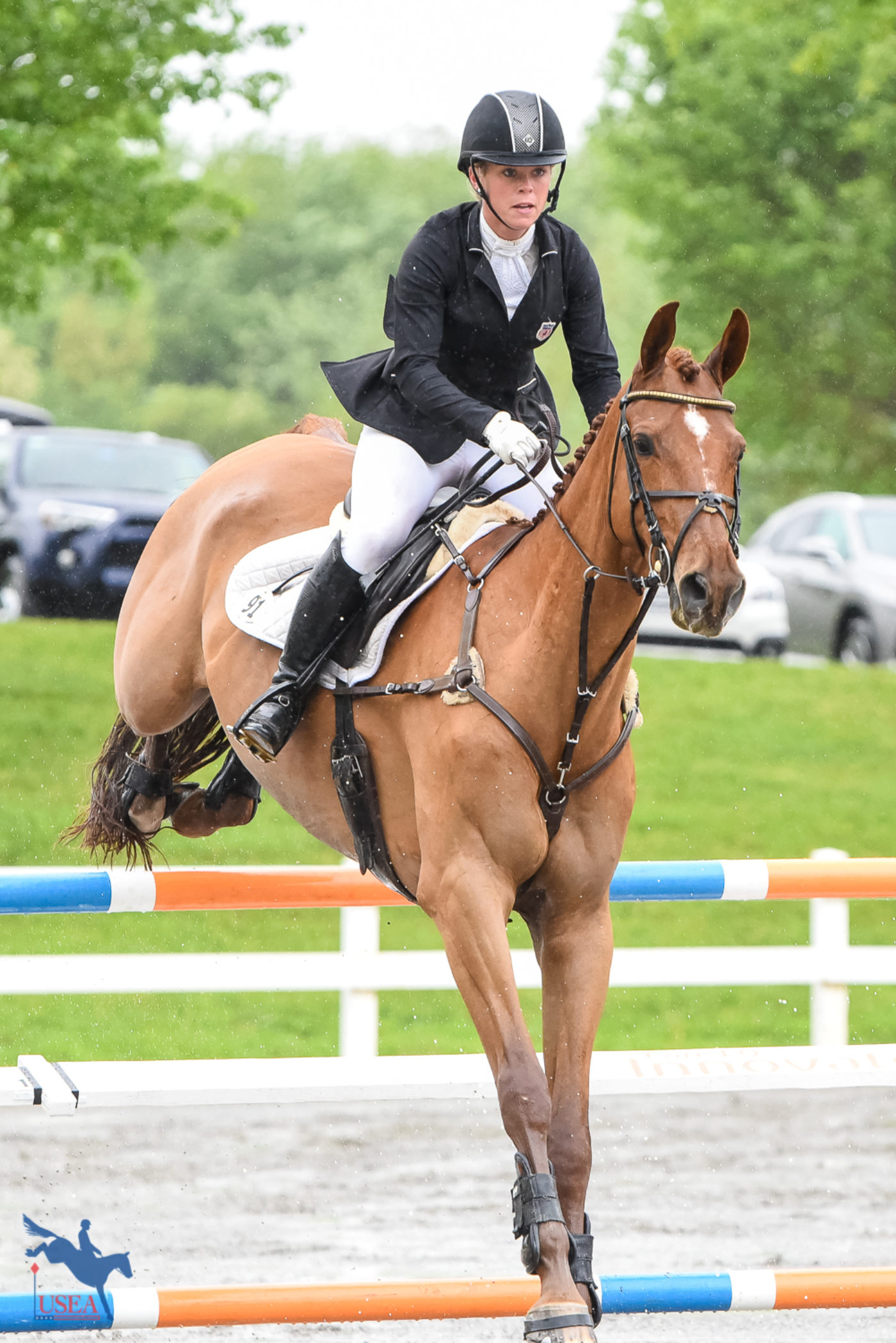 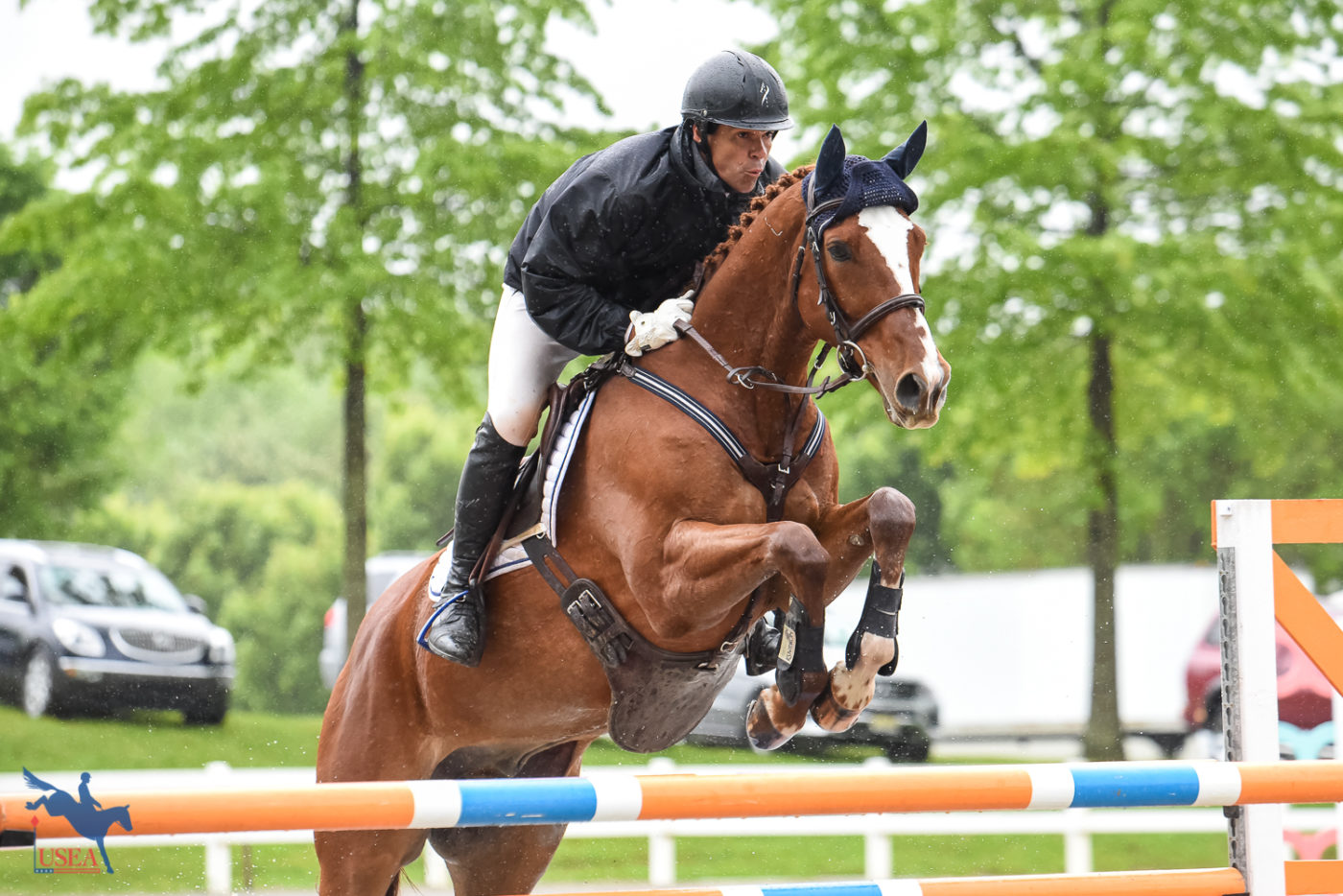 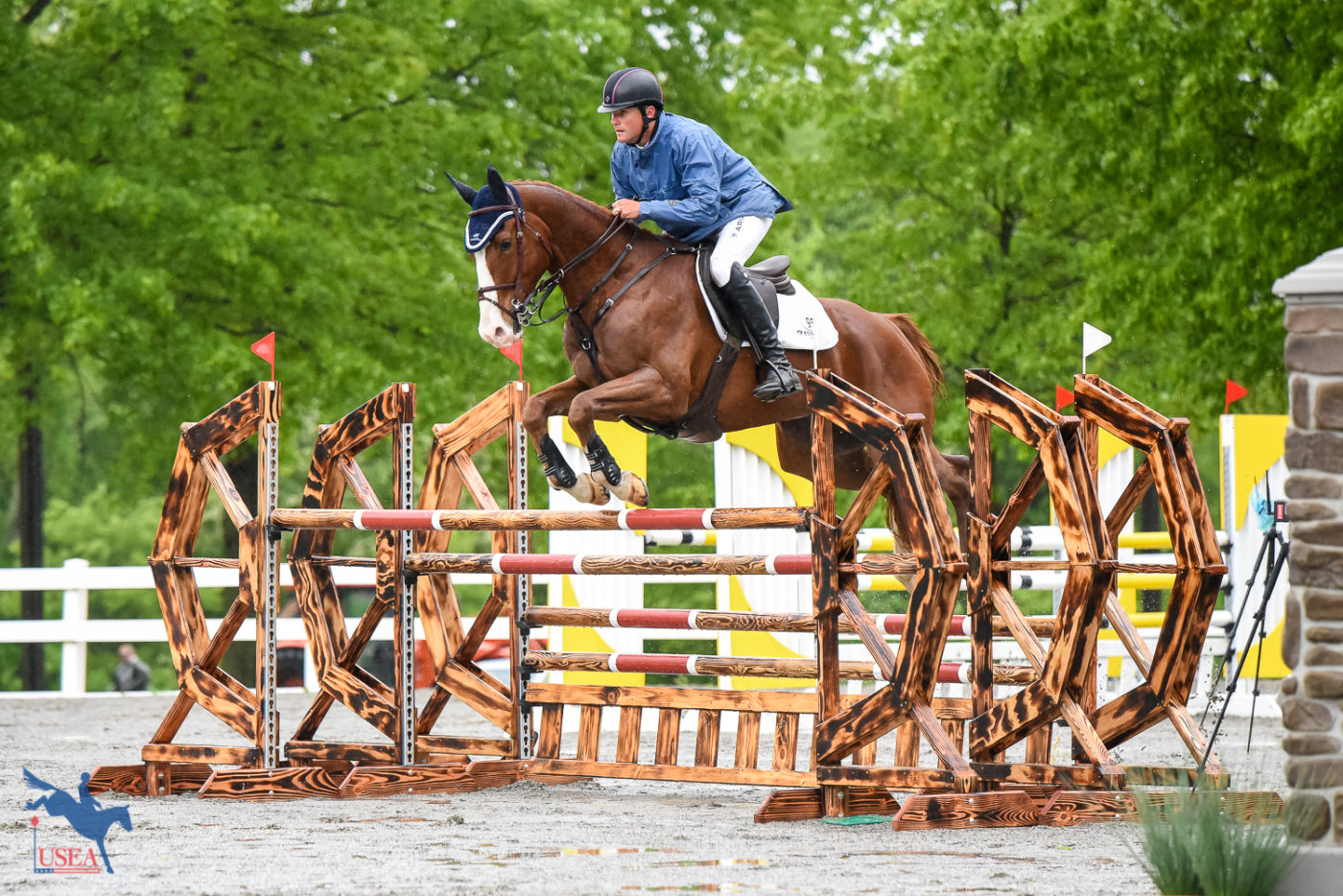 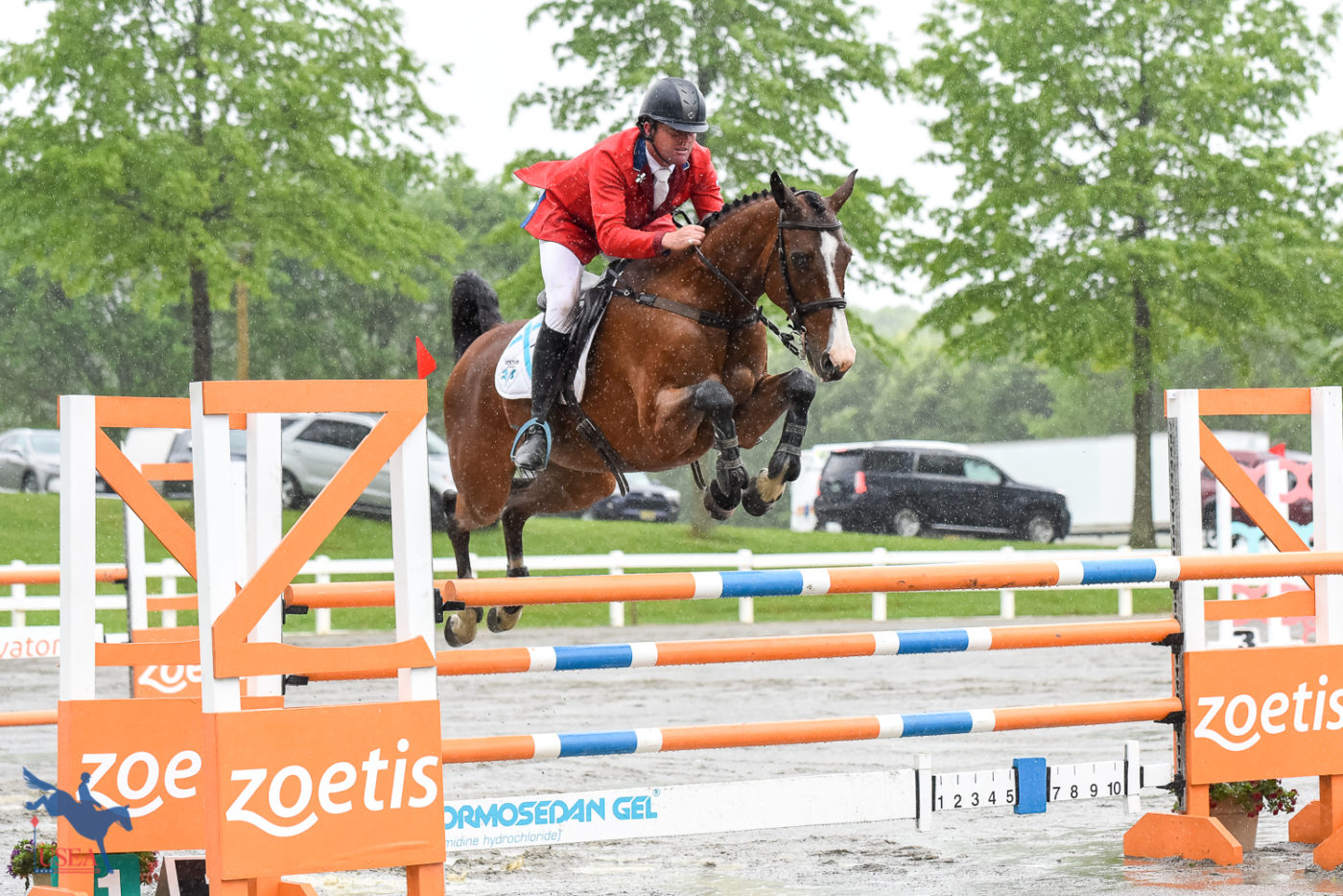