Babbitt Stays Golden; Area VIII Rises to the Top of the NAYC CCIJ2*-L

Charlotte Babbitt held both individual and team gold medal positions with Area VI after dressage in the CCIJ2*-L at the Adequan North American Youth Championships (NAYC), but things began to shake up once cross-country began today. Being one of the last riders to head out on course today, Babbitt watched her leading team start to crumble.

“It was a bit hard for me to watch. My teammate Meg [Pellegrini] missed a jump unfortunately on one of her rides, so that was a bummer,” Babbitt stated of Pellegrini who was sitting in second place individually after dressage, just 0.9 points behind her. “Then, one of my teammates had a fall, but once we heard she was up and okay, we knew we had to get back to our own thing. But then there was a hold before I left the start box, and that definitely shifts your focus too.” Babbitt explained that the team environment is a new learning experience for her, but that she has a great support crew behind her to help keep her on track.

Once Babbitt set out on The Event at Rebecca Farm course, she said that her 7-year-old Dutch Warmblood gelding, 2 A.M (Sheraton x Regina K) “was pretty wild, but he left the box ready to go.” The pair ran around Ian Stark’s CCIJ2*-L cross-country course double clear, remaining on their dressage score of 24.0. Babbitt said that she was really proud of the gelding and that “he’s so smart. He looks for the flags, and he looks where my head is. As a young horse, that’s what he’s lacked in the past, and now he follows my eyes and that’s a really cool feeling to have.”

Babbitt also explained that the recent passing of the beloved Donald Trotter had a big impact on her. “Honestly for me, this whole weekend I’ve been riding for Don Trotter. He was one of my biggest mentors and losing him was really, really hard.” The entire eventing community has been mourning his passing, and Babbitt, along with many others, have been wearing a green ribbon with the text ‘Go Get ‘Em’ in honor of the volunteer leader after his recent passing.

Area VIII’s Elizabeth Henry also rode for a loved one today. “My aunt Lori passed away this year, so on my FLAIR strip, I wrote ‘go get ‘em’ because my cousins told me to write that, and I think she was watching over me out there today,” Henry explained. Henry stated that her aunt was also her godmother and that she was a huge supporter of her, and loved watching her compete in eventing. Henry rode around the CCIJ2*-L course double clear with her mare Charlotte La Bouff to remain just 0.9 points behind Babbitt to sit in second place individually.

“She came out super game, and was a little spunky today,” Henry said of her gray 11-year-old Warmblood mare. “I couldn’t have asked for anything more.”

Benjamin Noonan and his 8-year-old Hanoverian mare Keep Kitty (King Julio x Emelie) moved up to individual third place after securing a double-clear cross-country round as well. “She was really, really great and I’m so proud of her,” Noonan said of his longtime partner. “I’ve done my first Novice on her all the way up to here and now, and I’m really excited about show jumping tomorrow,” Noonan said as he sits on a great score of 27.0 heading into the final phase.

As for team standings, Henry’s Area VIII team moved up to the top spot after all four riders galloped around clean, sitting on a cumulative score of 90.2 heading into show jumping tomorrow in gold medal position. “My team did great - they were spot on, and it’s just amazing being here,” exclaimed Henry.

“Seeing Gracie come through the finish flags put me in tears,” Henry said of her teammate and friend. “Today was just awesome and it was the best feeling ever. I love our team.”

The Area VIII team is clearly a tight-knit group, and their team spirit could be seen and heard around course. “My favorite thing that we do is just cheering each other on for all of our rides,” said Area VIII team rider, Gracie Elliott. “We’re really loud, and we probably annoy everyone, but we just have so much fun.” Elliott put in a double-clear cross-country round with her own 8-year-old gray Irish Sport Horse gelding Ballylanders Finn McCool to stay on her dressage score of 33.3.

“This weekend has been a dream come true for me. Finn has taught me a lot, but being able to have Cierra as our trailblazer and to see Cierra have a great go was also so great,” Elliott explained about getting to watch her teammates success before her outing.

“I was a little nervous going first for our team,” said Cierra Daratony. “There was no one I could go watch before me to see how the course was riding, but I was pretty confident because I walked my course seven times,” she laughed. “So I knew where I was going, and I knew Rio was totally game to do anything,” Daratony said of her gray homebred mount, Rio de Janeiro (River Dancer x Vanilla Ice). The 10-year-old Holsteiner/Thoroughbred gelding had 2.4 time penalties on course, but jumped clean to sit on a 32.0 and an individual seventh place.

Tate Northrop and yet another gray horse, Fine with Me (With Approval x Alycheer) round out the Area VIII CCIJ2*-L team. Northrop piloted her Thoroughbred gelding to a double clear cross-country round, to complete on her dressage score of 35.6 to help keep her team in a prime position. “It was a hard course, but he handled it well, and he teaches me a lot every time. I’ve had him for about a year and we bought him as a teacher for me, and he makes me a lot more confident as a rider, and he’s brought me up as a rider,” Northrop said of her 16-year-old schoolmaster. “The team experience has also been a lot of fun,” she added.

“We all actually bond [while] bathing our horses at 4:00 a.m. because all of our horses are gray,” joked Daratony. “Baby powder,” “vinegar for the tails,” “Vetrolin White-N-Brite,” they each chimed in with their secret tips. “My hands are just always purple,” added Elliott while talking about purple shampoo to help keep their gray horses clean and free from stains.

It’s a beautiful aesthetic having a team of four, dazzling gray horses, and the riders said to “wait until the horse inspection tomorrow morning” to see their coordinated ensembles. The NAYC horses will trot up in front of the ground jury tomorrow morning at 8:00 a.m. and will show jump in reverse order of individual standings beginning at 9:45 a.m.

“I know that with these girls, we’re always going to be there supporting each other no matter what happens,” concluded Elliott about her Area VIII team. 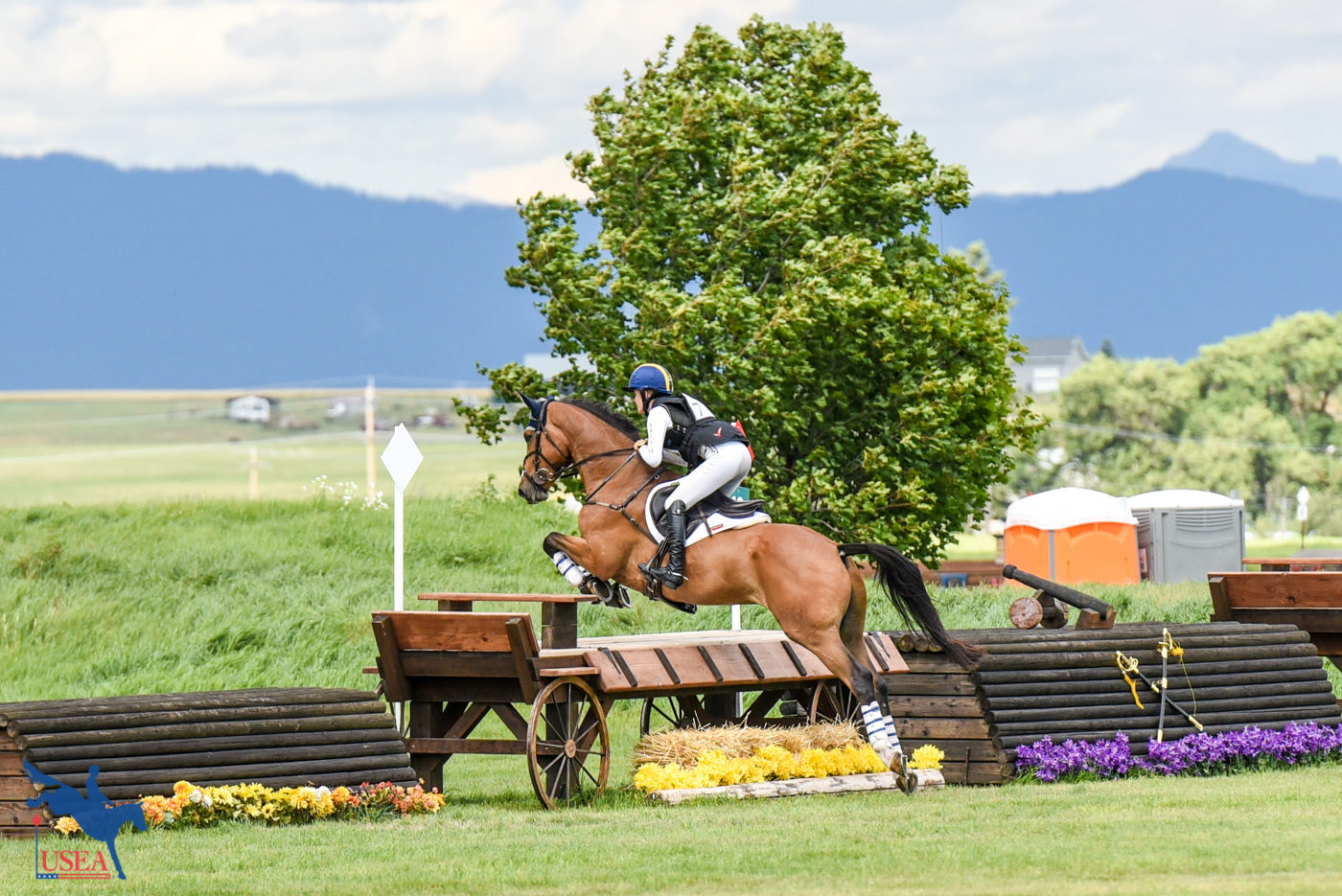 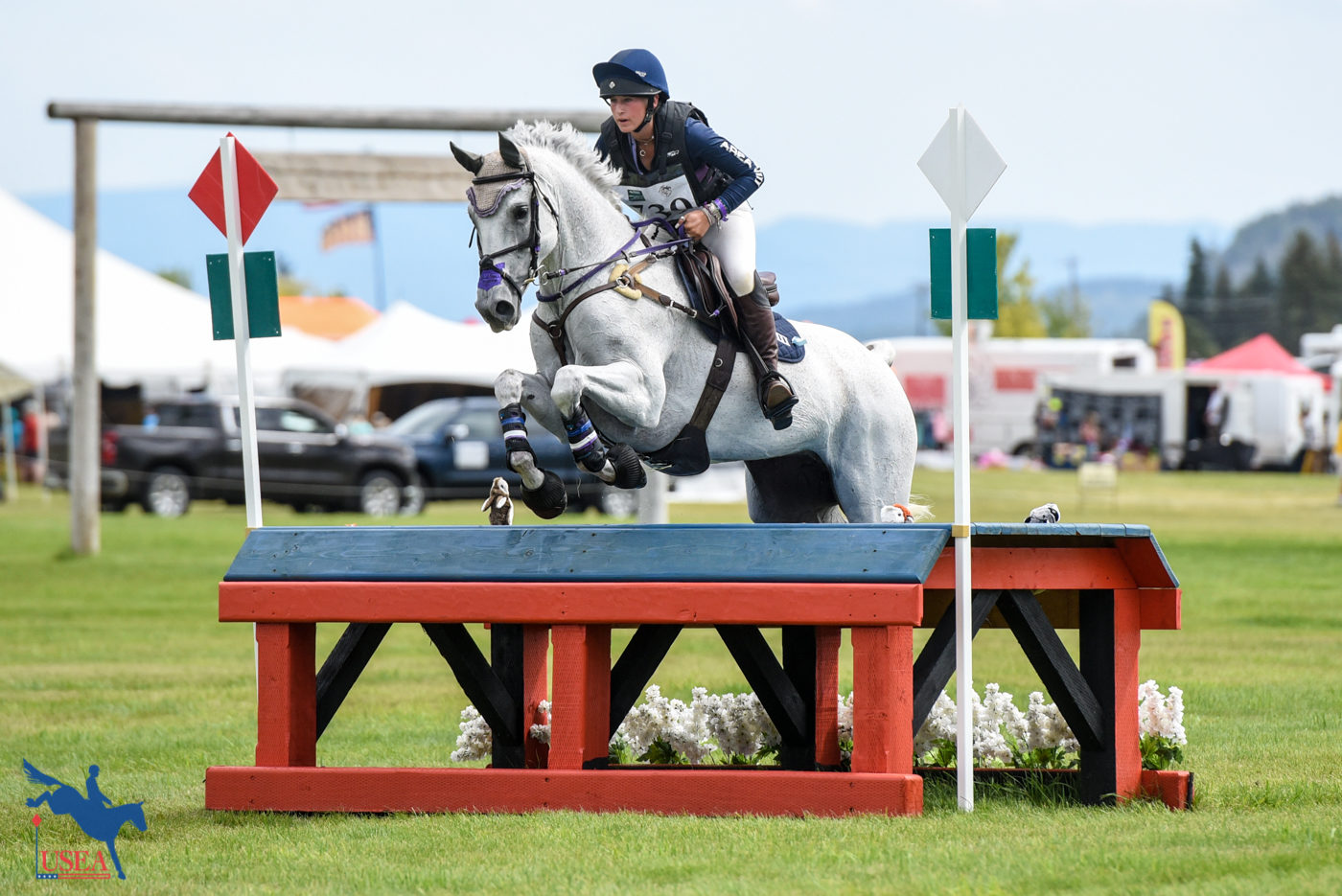 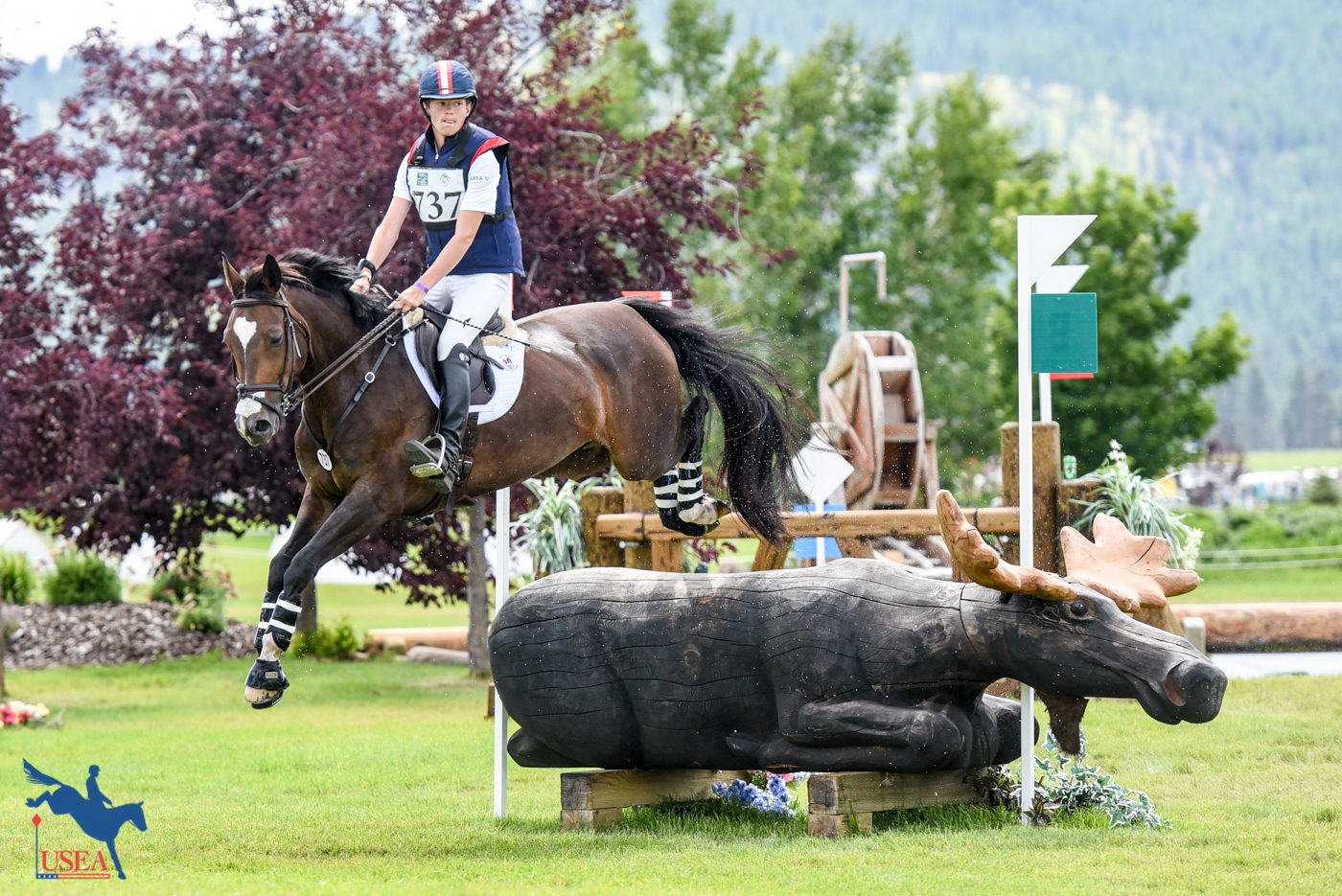 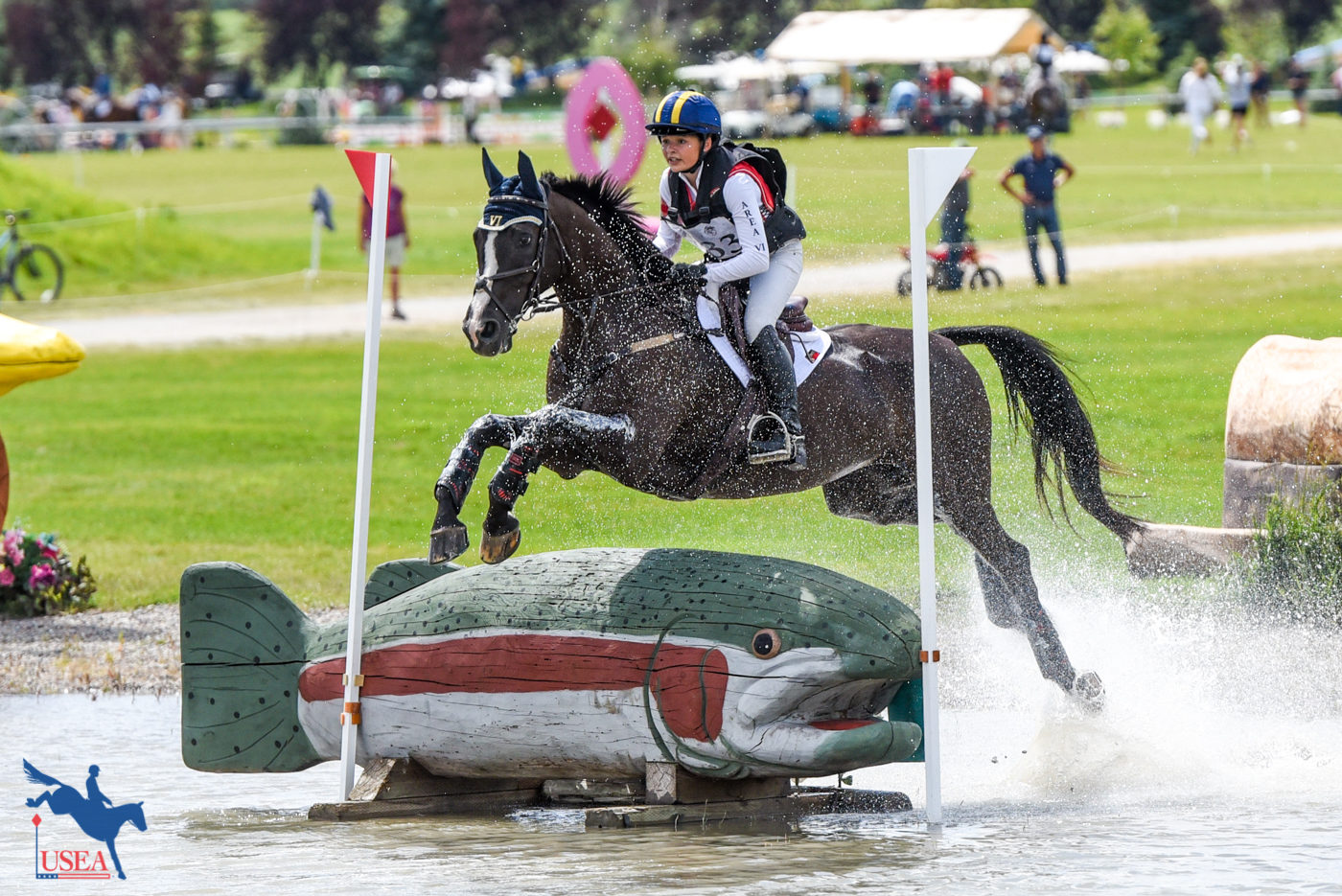 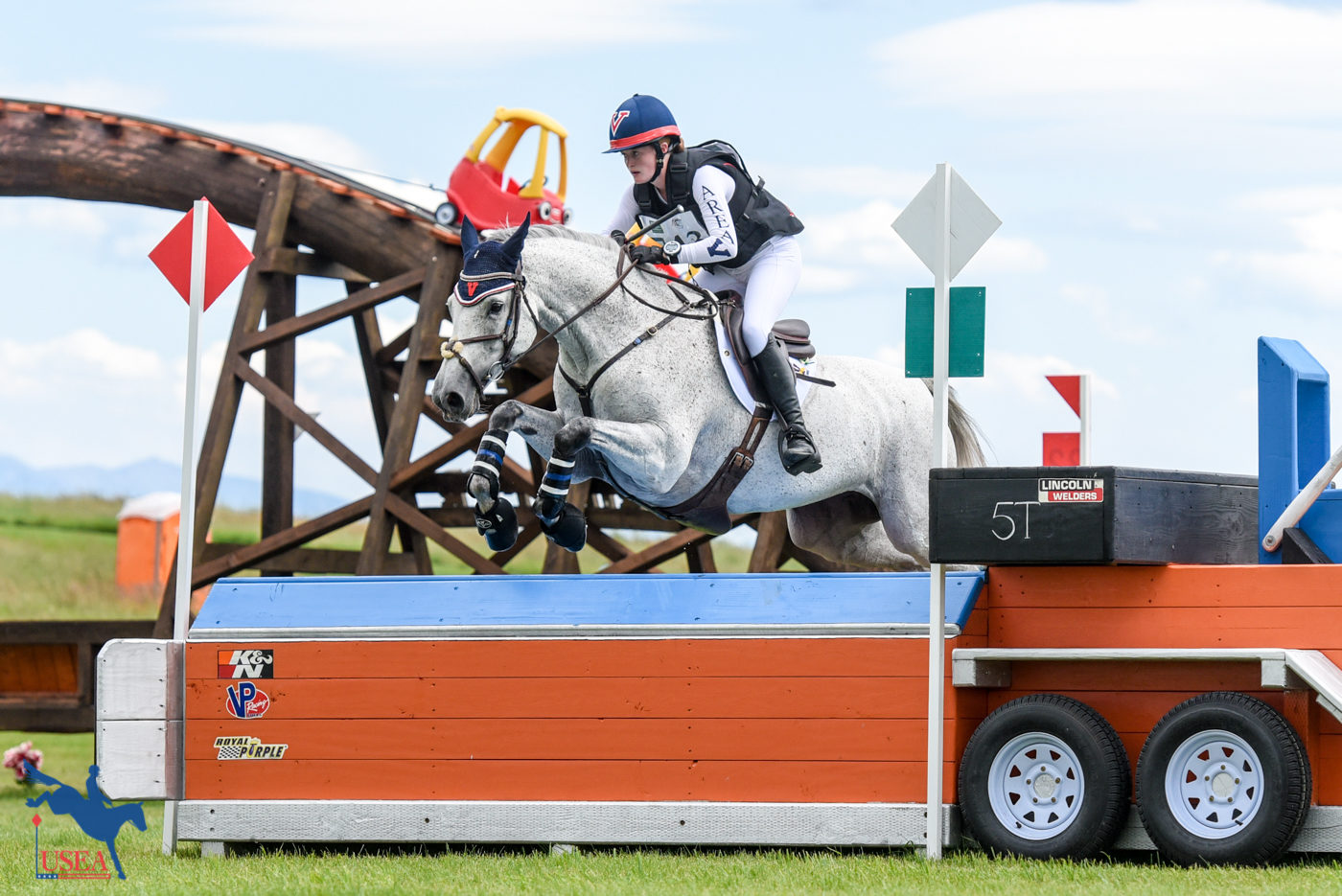 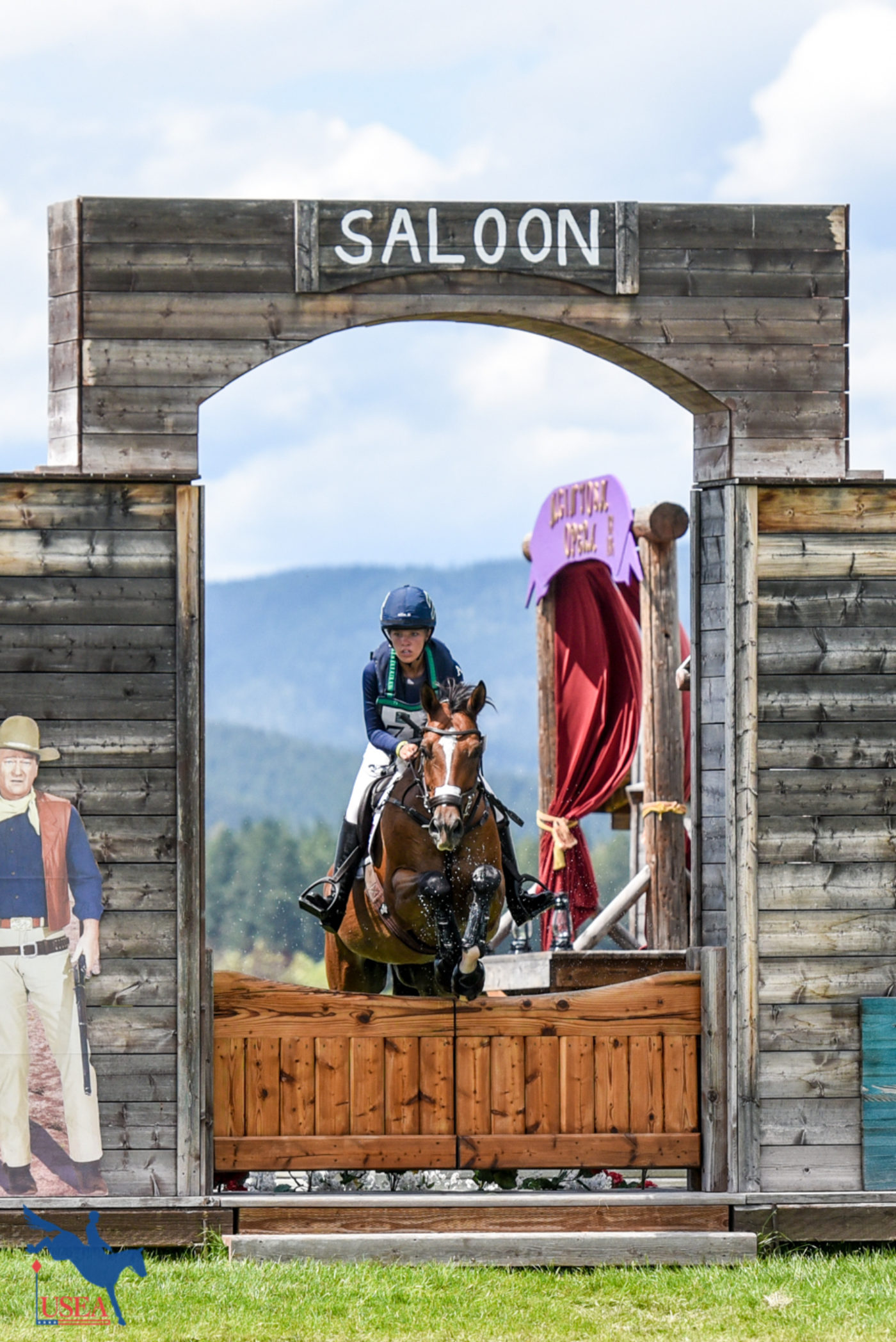 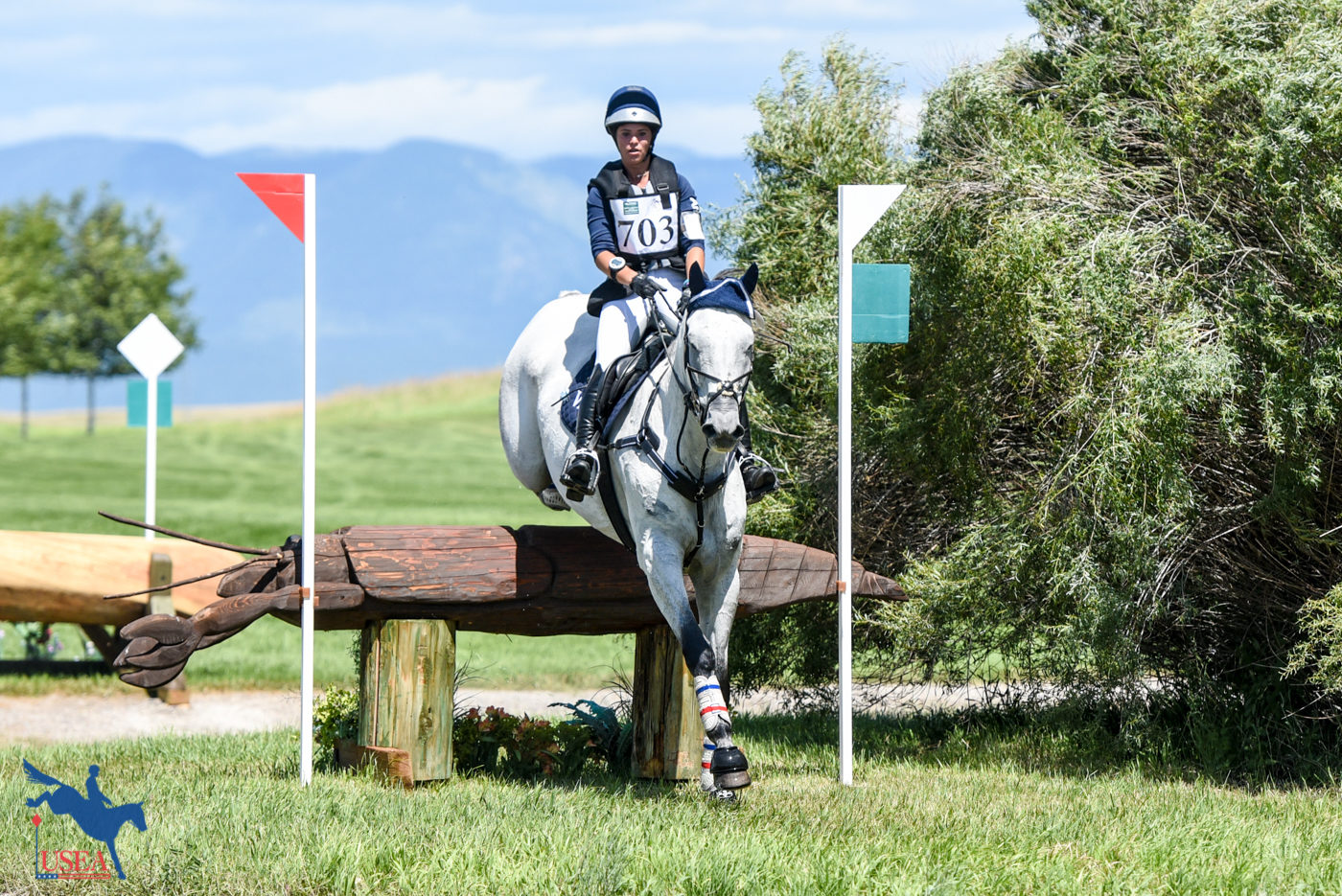 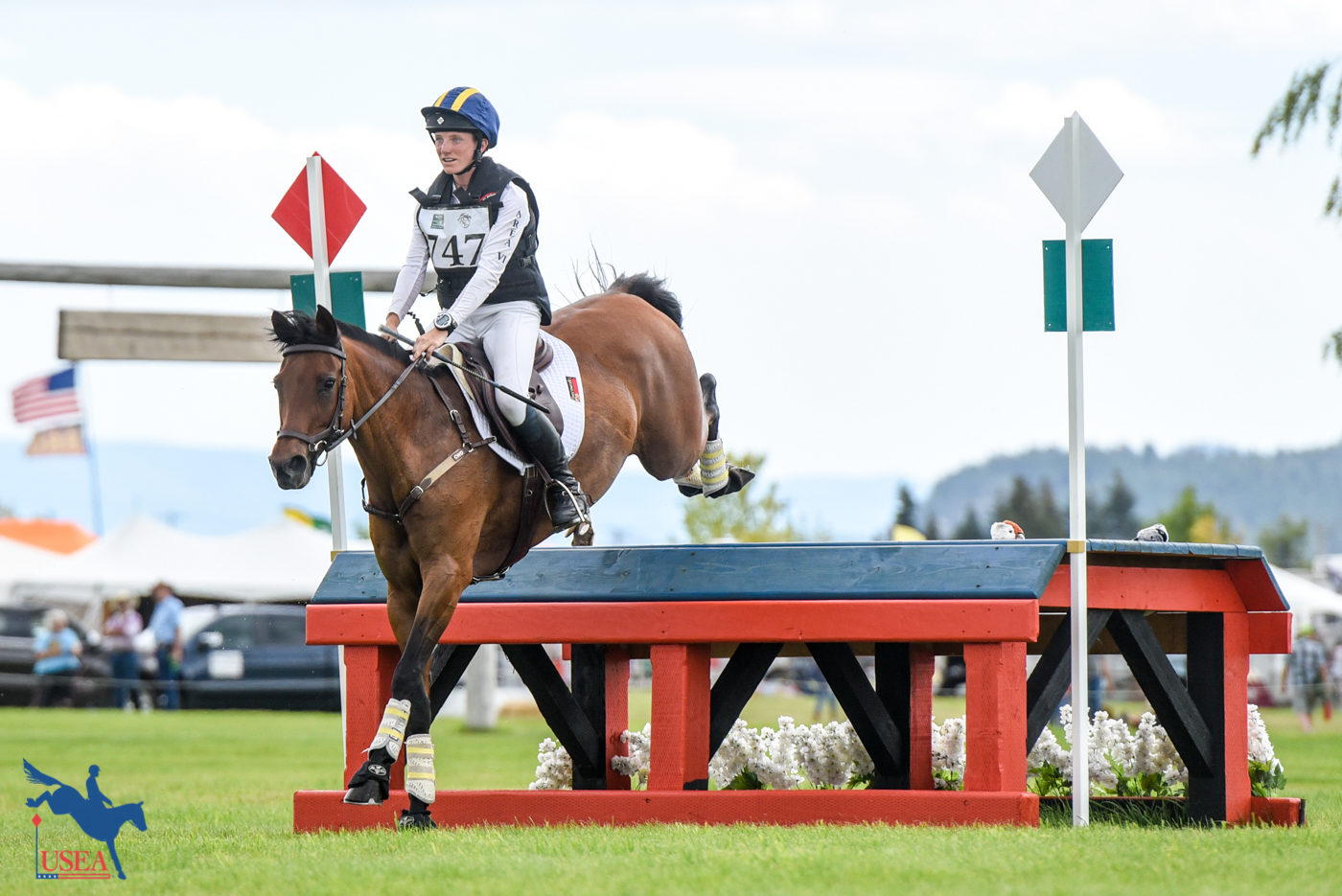 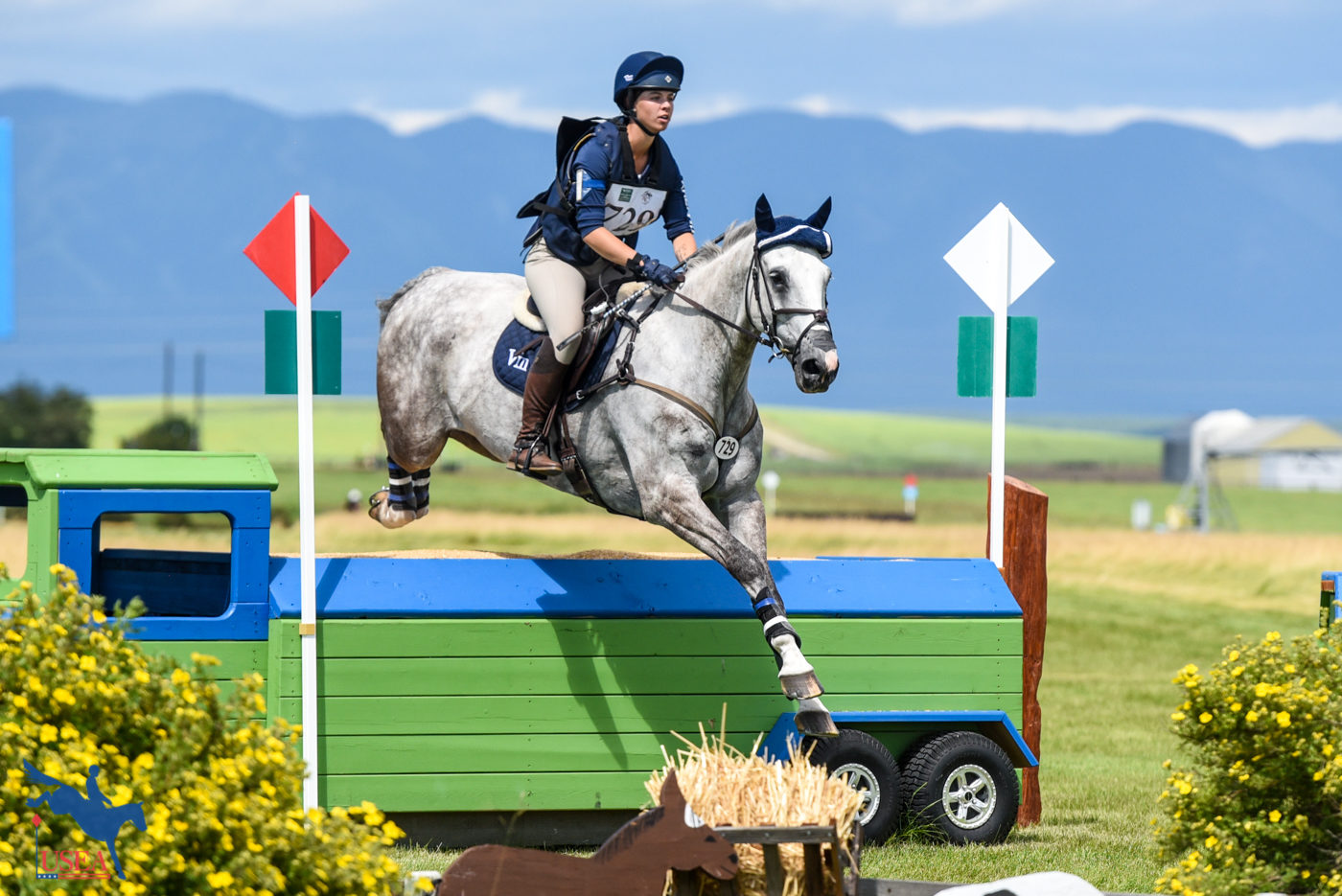