Area II Can't Be Beat at the NAYC

Area II is leaving their mark on the 2018 Adequan/FEI North American Youth Championships (NAYC) at Rebecca Farm in Kalispell, Mont. this week. Leading after the dressage phase in both the CCIJ1* and the CICOY2* divisions, Area II is still positioned in gold medal contention in both championships after today's cross-country. After Area II set the pace in the CICOY2* cross-country this morning, the CCIJ1* team put the pressure on themselves, and managed to hold onto their overnight lead with four clear rounds, just adding a little bit of time to three of their scores, holding a combined score of 101.2 heading into the final day of competition.

Haley Carspecken and her own 12-year-old Holsteiner gelding Center Stage are still leading Area II’s CCIJ1* team, galloping around double clear to remain on their impressive dressage score of 29.0. Carspecken was the anchor rider for Area II on course, and knew she had to put in a clean ride. “I think I thrive under pressure, so I kind of like it,” said Carspecken. “I knew going into the course that a couple of the combinations had some tight strides, and I ended up leaving out a stride or two here and there, but overall I’m really happy. It was a lot of fun.” The top three individual scores, as well as the top three team scores are very close, and Carspecken says that “show jumping will bring some friendly competition” tomorrow. “There’s a lot of pressure, but I think it’ll be good.”

Olivia Wall and Mandolin R (A-Dur x Maradonna) jumped clear around Ian Stark’s cross-country course, adding just 2.8 time faults to their score to sit on a 34.5 in fifth place individually. “My ride went really well,” Wall said of her own Swedish Warmblood gelding. “He was super spooky the first half of the course, so I really had to sit back and ride. This is his fourth FEI track and it was pretty big, and he was really good, so I’m really proud of him.”

Katherine Christopher and her 15-year-old Thoroughbred gelding Frodo Of The Shire (Concerto x Bon Mimi) also jumped clear for Area II, adding 2.8 time faults to her score as Wall did. “It went super well, and Frodo is super game on cross-country,” said Christopher. “Frodo knows his job, and that helps, and I’m really learning a lot from him.” The pair is sitting in ninth place individually on a 37.7 heading into show jumping tomorrow.

Maia Kantorowski rounds out the four Area II team riders on her own and Pamela Kantorowski’s Kiltubrid Rebel (Cascaletto St. Ghyvan Z x Kiltubrid Heather). The 9-year-old Irish Sport Horse gelding jumped clear, adding 6.4 time penalties to their score, respectively carrying a 42.7. “My horse was good as usual. I’m really lucky to have him,” stated Kantorowski. “We kind of started out a little bit sticky but as we went, he got better and better. We’re learning as we go, and he keeps getting better and better.”

The combined team of Areas IV and VII is nipping at Area II’s toes on a 102.1, leaving less than one point between the gold and silver medal in the team competition. Third placed Area V is on a combined score of 105.2, meaning that just one rail down can separate the gold from the bronze medal.McKinsey Wickman and Dassett Profile celebrate after a double clear cross-country round. USEA/Leslie Mintz photo.

The overnight individual leader McKinsey Wickman (Area V) galloped around Ian Stark’s CCIJ1* course without fault on her 10-year-old Irish Sport Horse gelding Dassett Profile (Crosstown Dancer x Edergole Ellen). Last year, Wickman and Dassett Profile were leading after dressage, but had some unfortunate cross-country penalties to knock them down the leaderboard, but Wickman came back for redemption this year and put in a seamless cross-country round today. “I have a completely different horse this year,” said Wickman. “I’m happy with the work he put in today, and I’m excited for tomorrow. As I said yesterday, I completely switched up my full training program, and Rebecca Brown put us on a new program at home. We’ve done a couple jumper shows this summer since that was my past weakness, and now I feel confident going into tomorrow.” The pair carries their impressive dressage score of 28.6 into the final phase of competition.

With Area II’s Haley Carspecken sitting just 0.4 behind Wickman individually, the Area V rider has no room for error tomorrow on Chris Barnard’s show jumping course. Then, sitting just 0.7 behind Carspecken is Area VII’s Harper Click and Rubia (Romantic Star x Pik Abou), putting the pressure on the top two individuals all of the top three move into show jumping on their dressage scores.

The CCIJ1* will tackle Chris Barnard’s show jumping course tomorrow morning at 9:45 a.m. (MDT) and the CICOY2* will begin at 11:30 a.m. (MDT). With such close scores both individually and in the team competition, everyone will be feeling the pressure to keep the rails in the cups tomorrow morning. 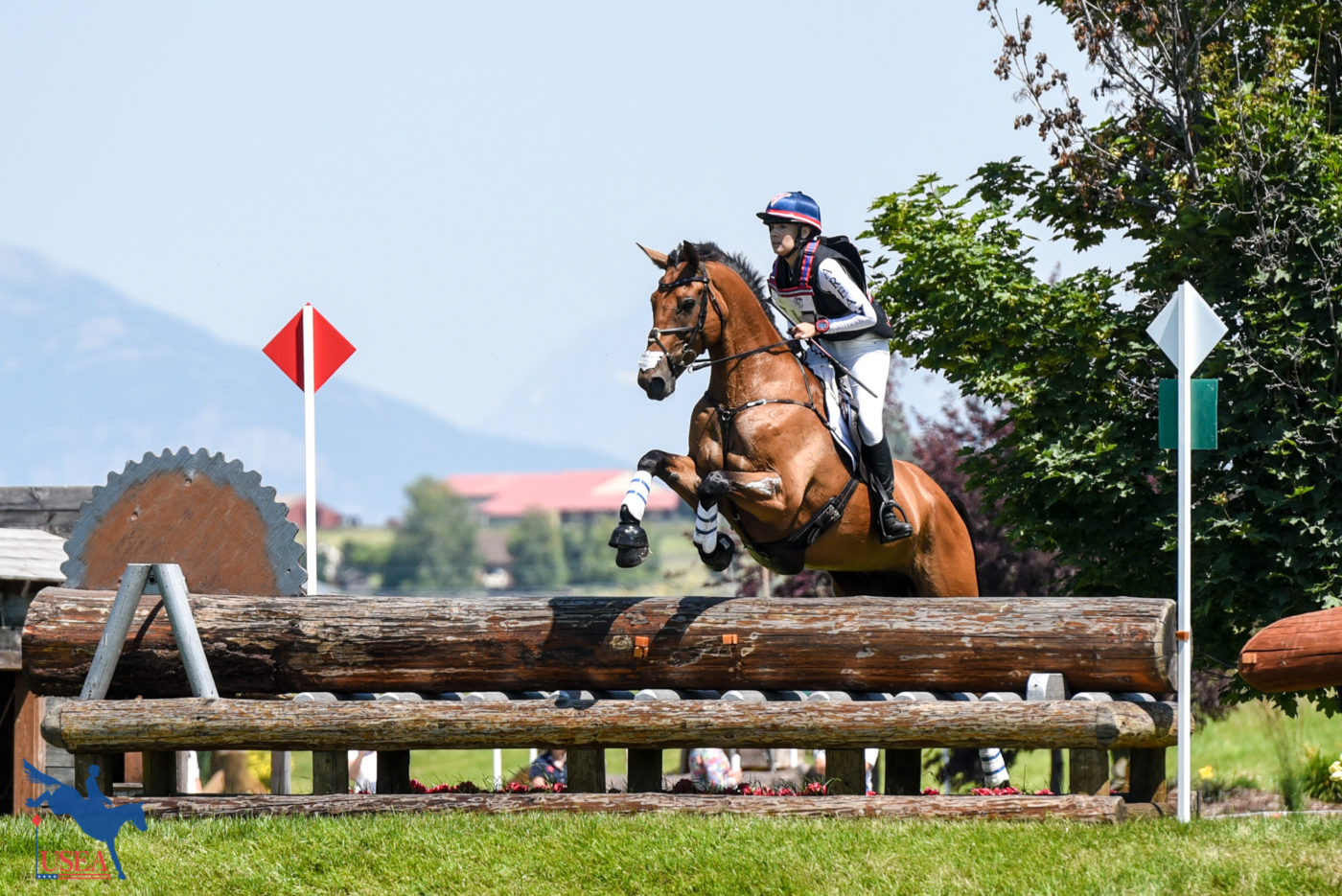 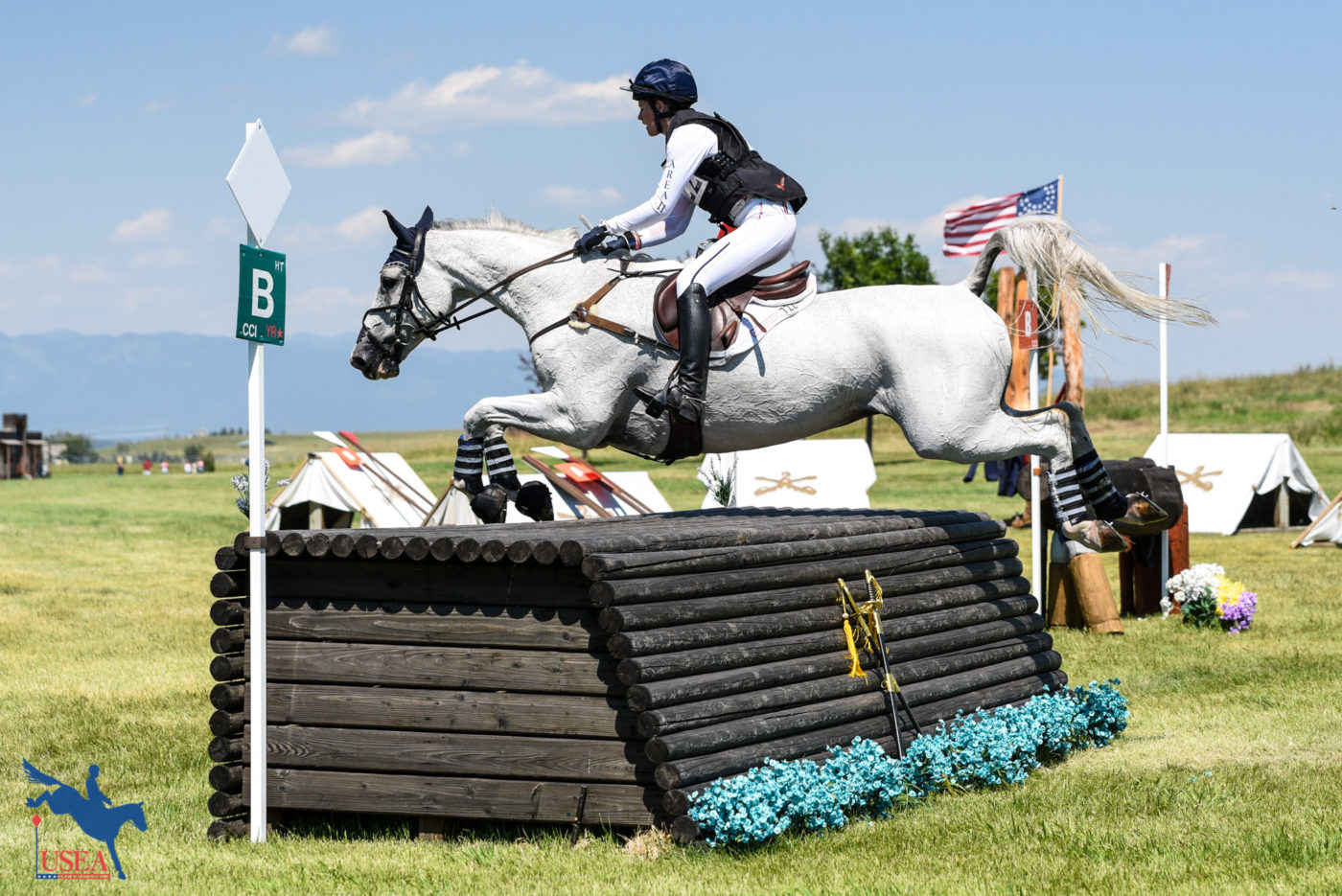 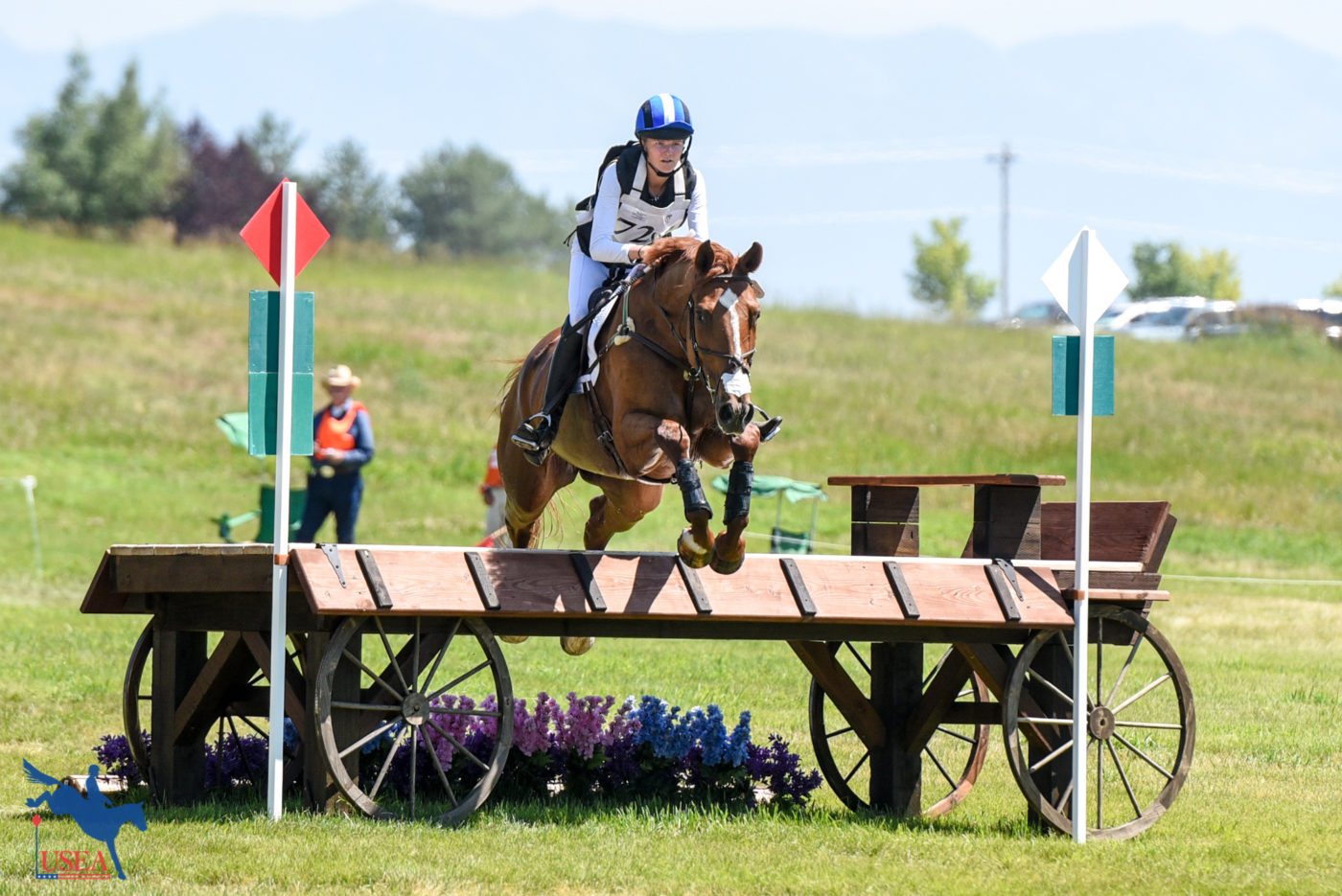 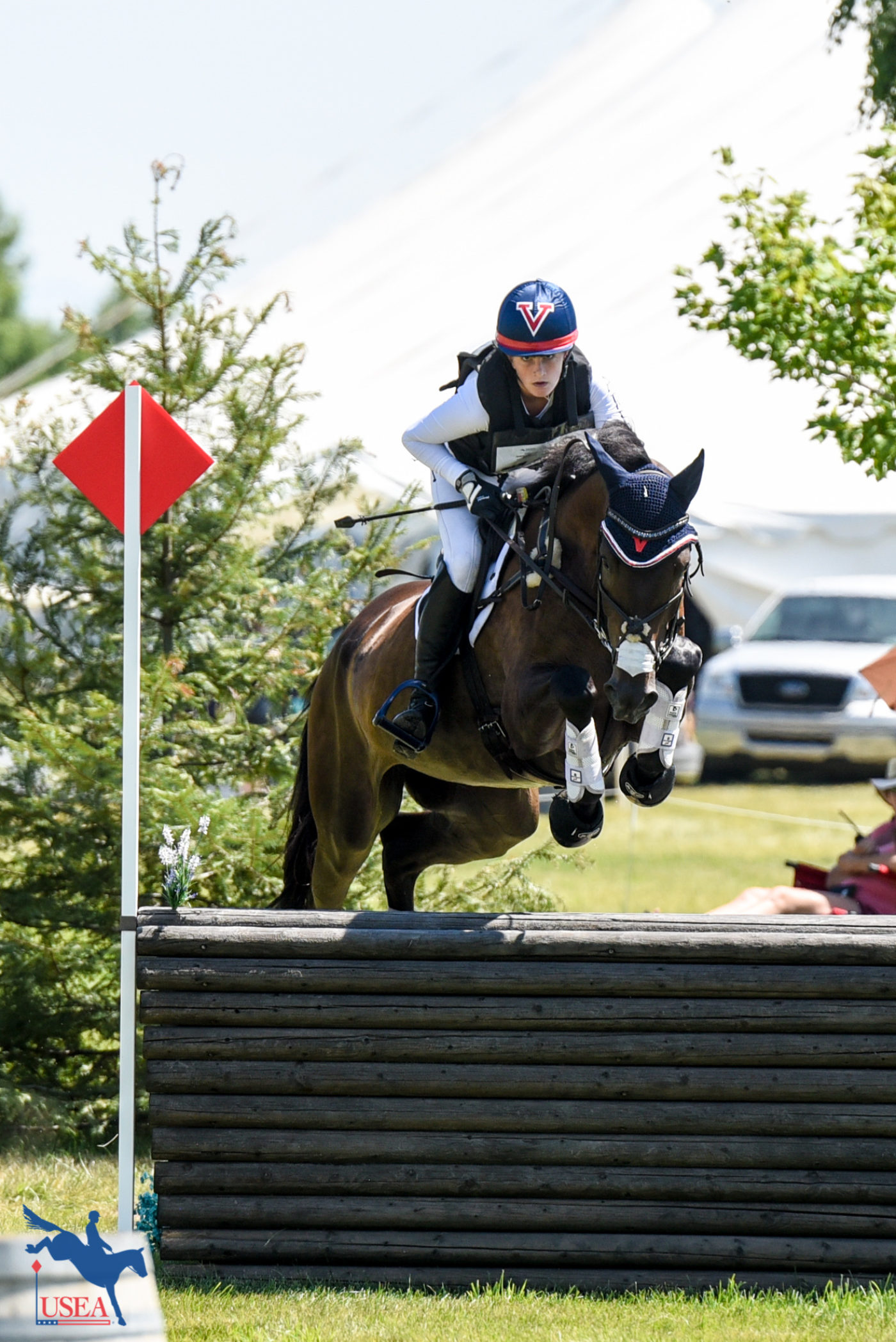 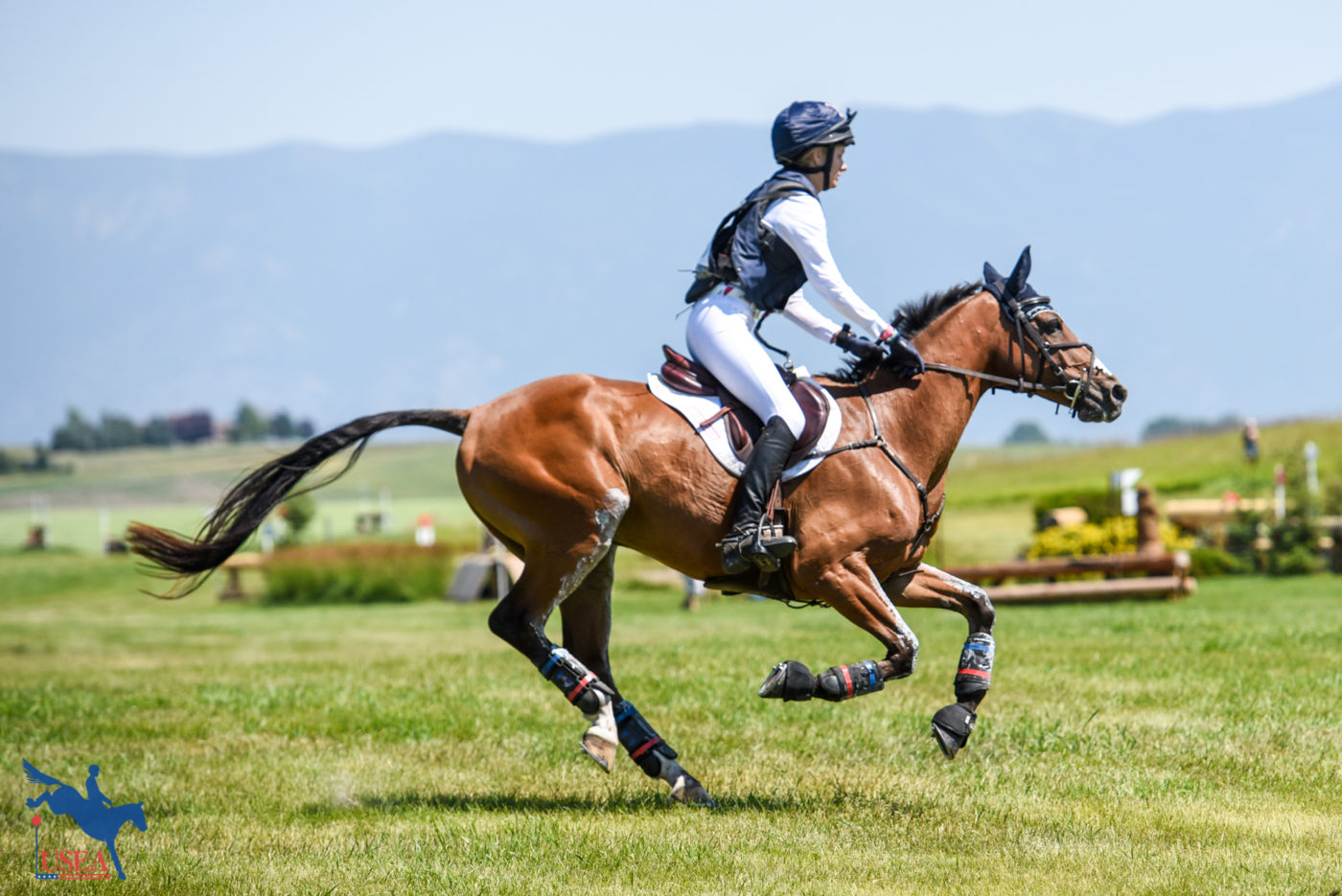 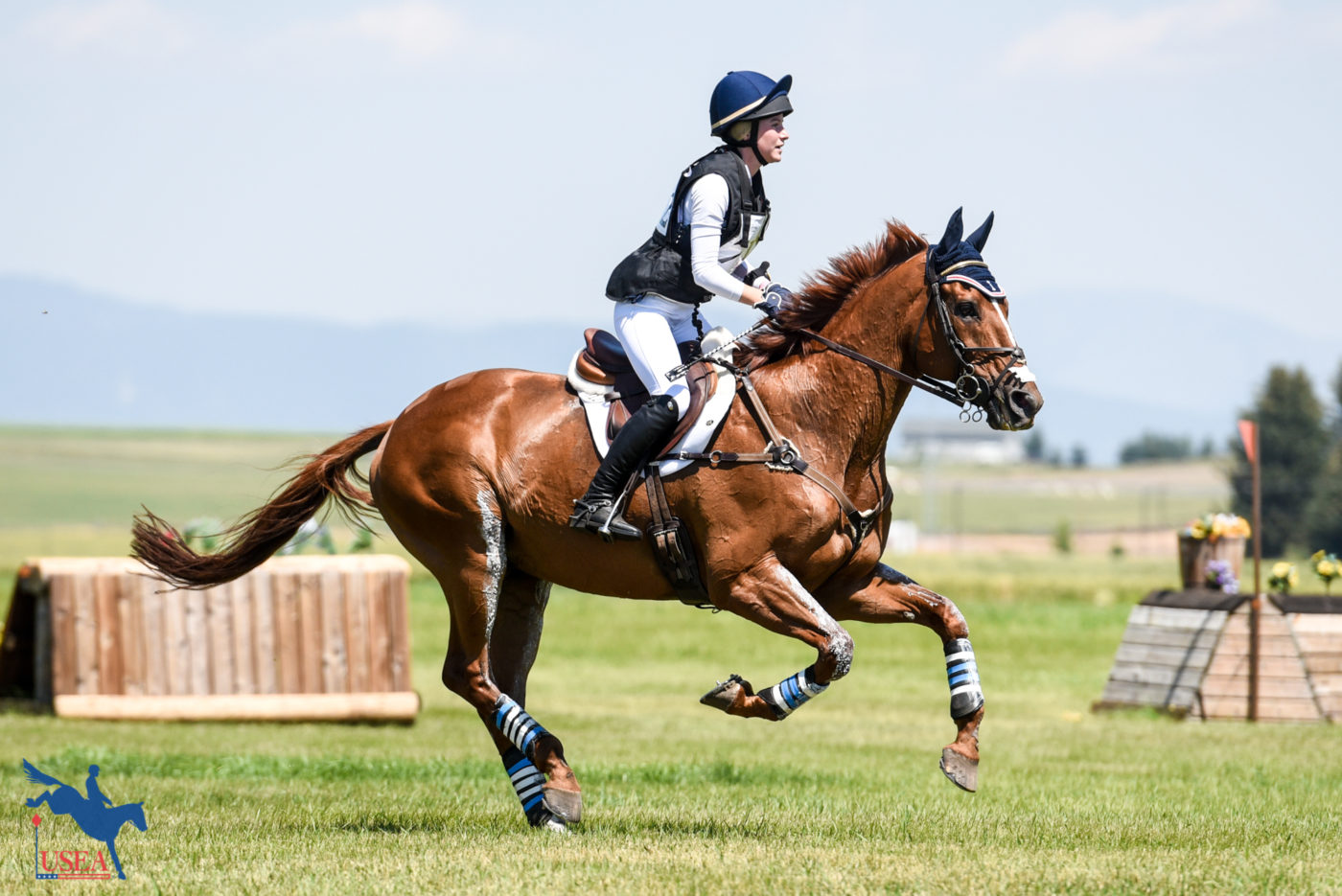 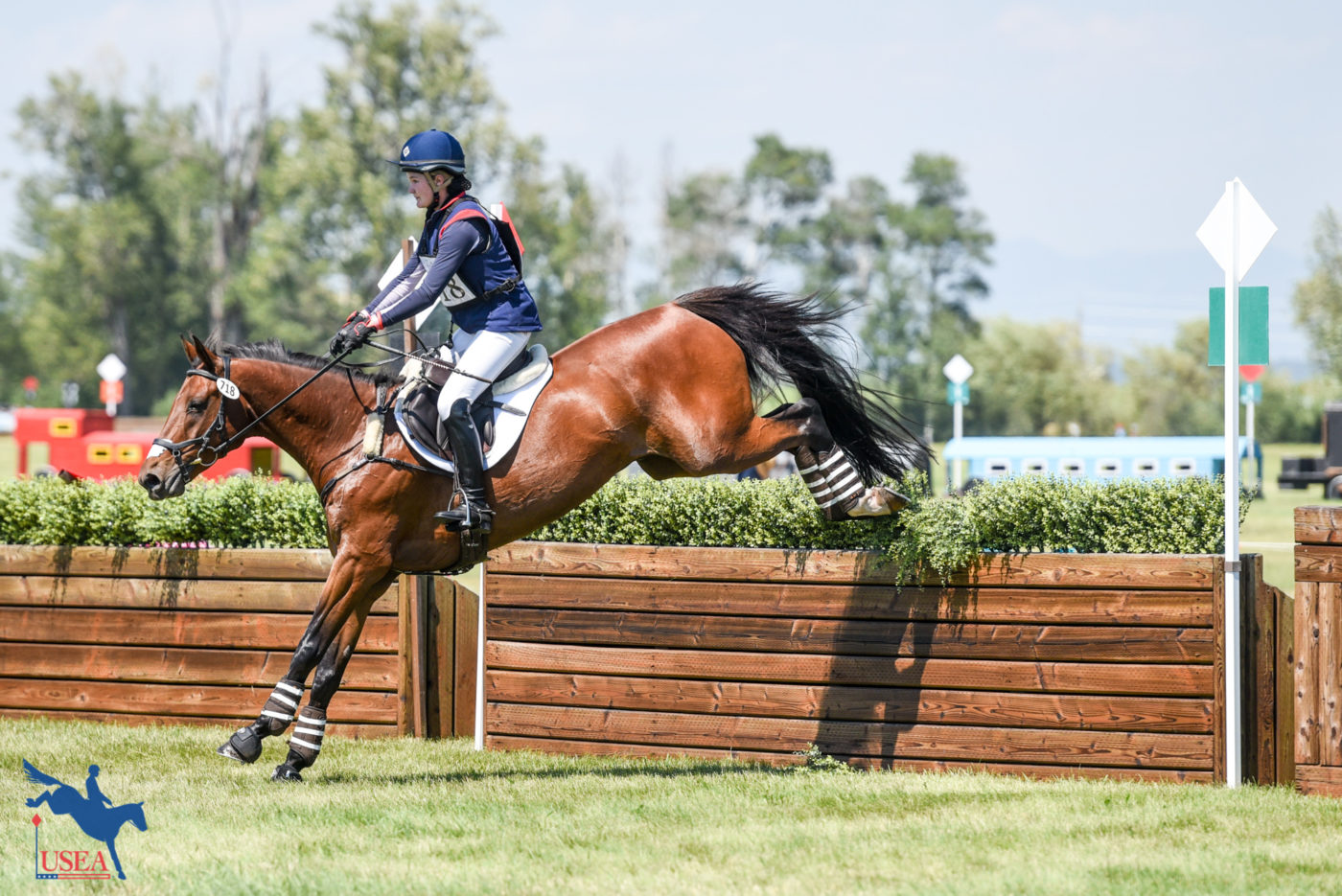 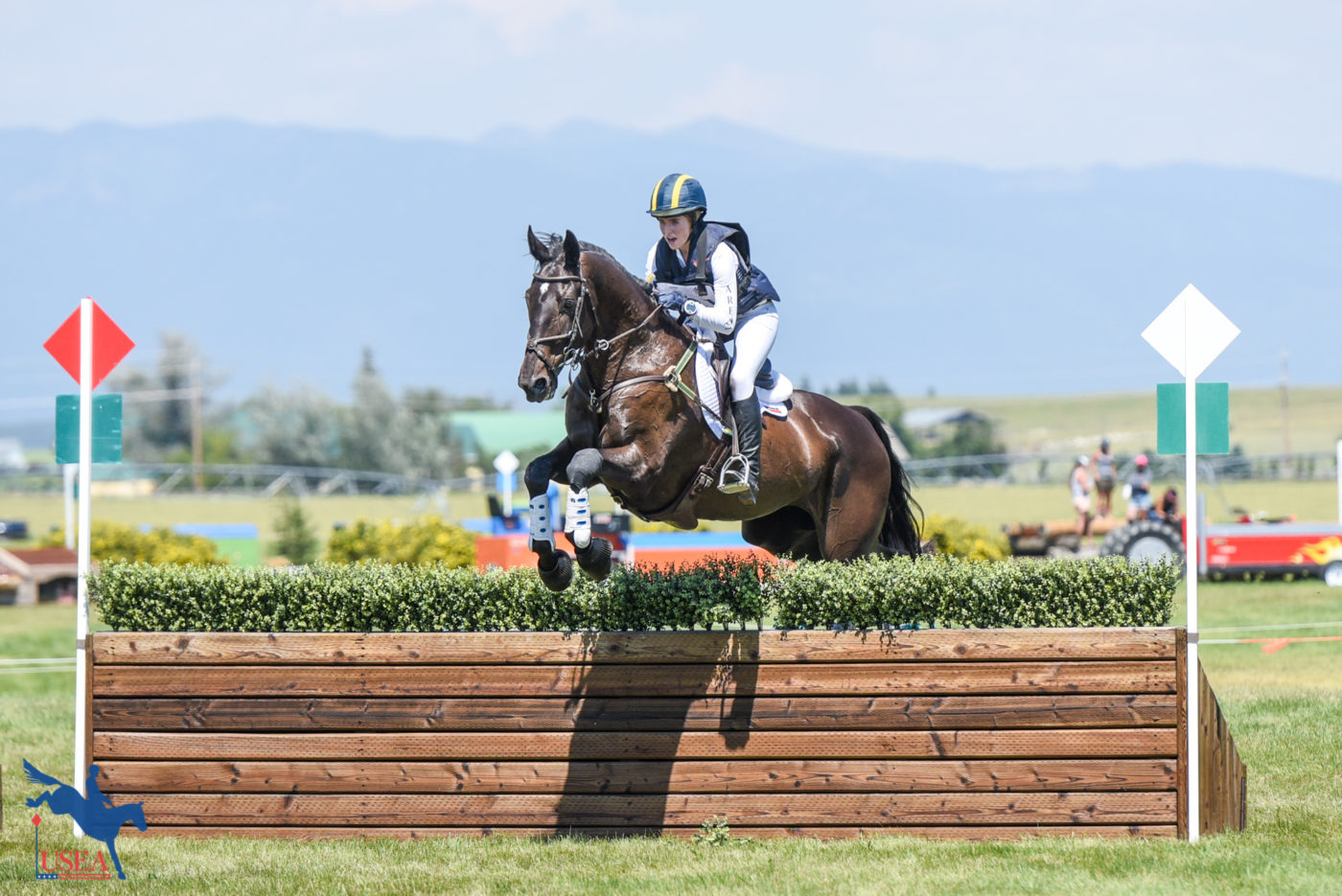 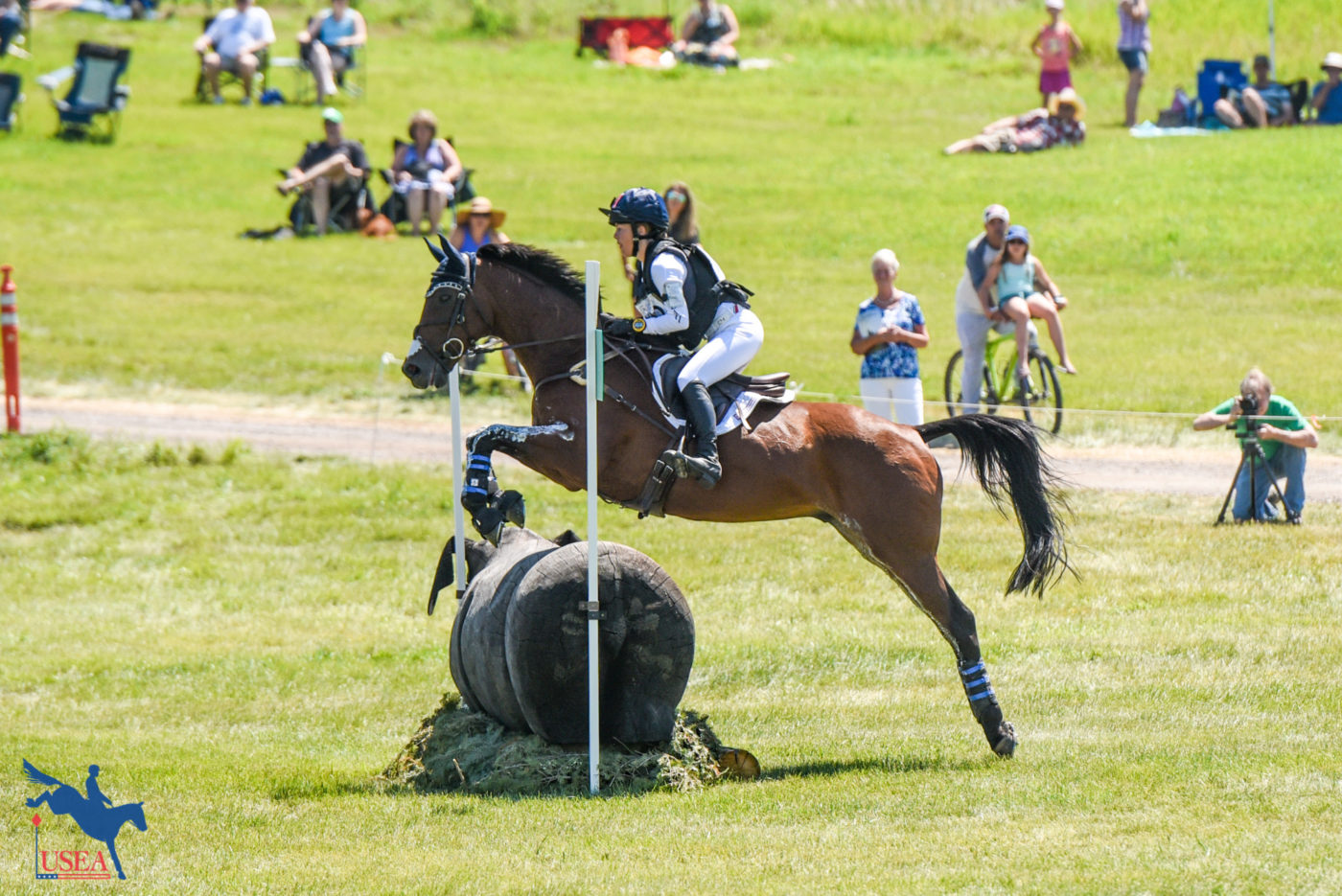 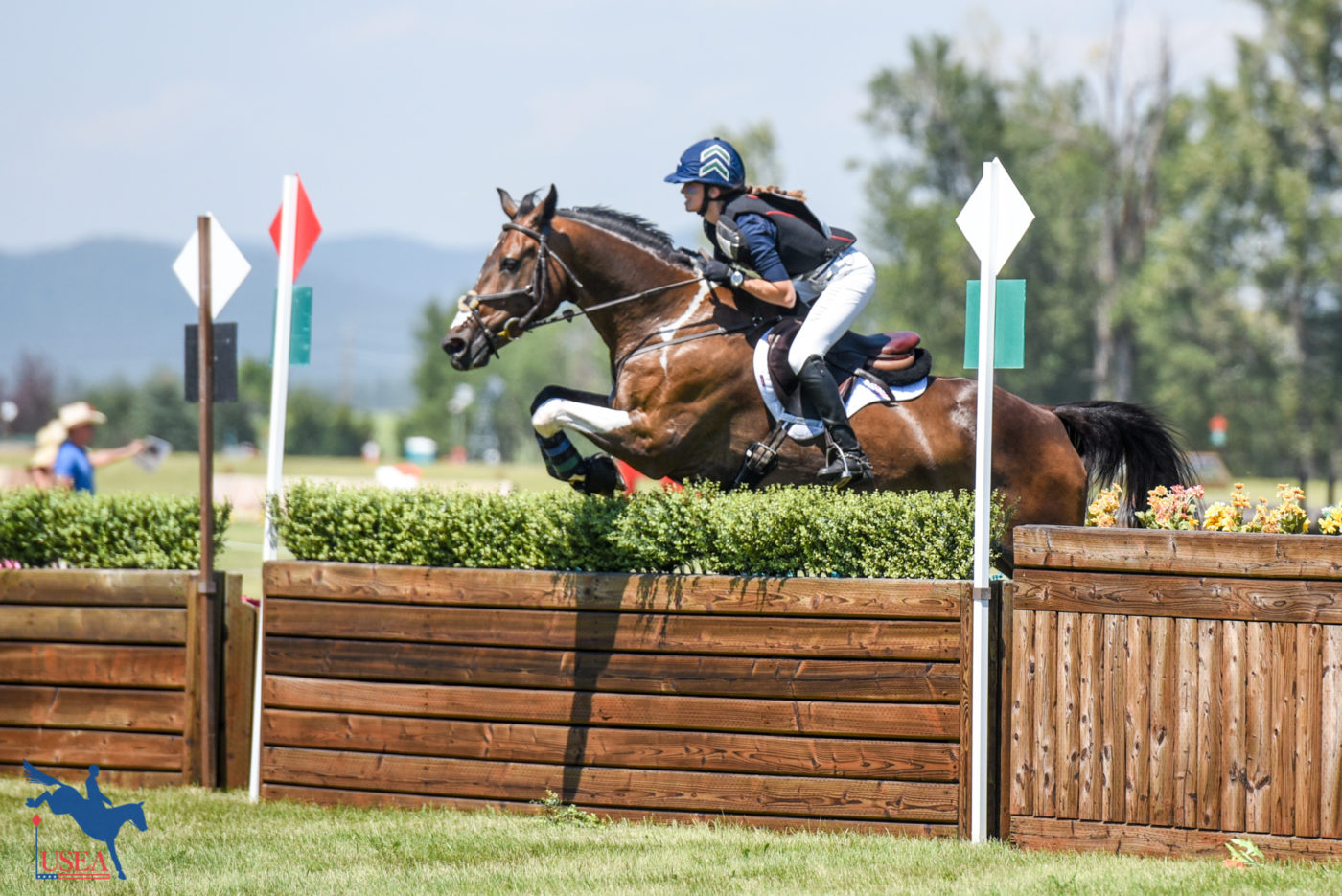