All Eyes on Area VI in the NAYC CCIJ2*-L

Area VI stormed into the arena today in the Adequan North American Youth Championships (NAYC), demanding all eyes on them. Forty-eight horses representing all 10 USEA Areas as well as two Canadian teams dazzled the judges in the CCIJ2*-L at The Event at Rebecca Farm in Kalispell, Mont., but Area VI declared that they came with one main objective: to win gold. The team finished the day with an impressive cumulative score of 76.2, holding an 11.6 point margin ahead of the second-place team.

Meg Pellegrini (Area VI) stole an early lead aboard her own 14-year-old Holsteiner gelding, RF Eloquence (Contender x D-Ginger), laying down an impressive 24.9 to hold the top standing for the majority of the day. “Ricky Bobby was super, super good today,” Pellegrini said of RF Eloquence. “He went in and really pulled off his best ability. We had a few bobbles here and there, but it was one of our best tests and he was calm and focused. It’s really nice to get on a horse who always knows what his job is.”

Teammate Charlotte Babbitt edged out Pellegrini by 0.9 to steal the individual lead with a 24.0. “He’s such an incredible horse, and I feel so lucky to ride a horse that every time I go down the centerline I am guaranteed that he’s going to try his best and give the best test he’s capable of,” Babbitt said of her 7-year-old Dutch Warmblood, 2 A.M. (Sheraton x Regina K). “Abe the babe, as we call him, is like a puppy dog. He’s 7 this year, and he’s super quirky and fun. It’s been an incredible journey with him and I’m really lucky to have a horse like him.”

Taylor McFall has ‘borrowed,’ or maybe even permanently stolen her mother’s five-star mount, High Times (Hunter x Gerda I) this year, and has been riding him since February. The pair have clearly hit it off quite well, as they demanded the attention from the judges today, laying down a 27.3 to sit in individual sixth place to help their team secure the top spot heading into cross-country. “I was extremely happy with my ride today,” exclaimed McFall of The High Times Syndicate’s 15-year-old Holsteiner gelding. “The thing I was most thankful for, was Billy being such a pro and him kind of knowing his job because he was really good for me when the pressure was on.”

Savannah Gwin and her own 13-year-old Warmblood gelding Glock Pullman (Coriall x Ahdonna Pullman) round out the Area VI team, earning a respectable 41.0 in the dressage arena. “Today wasn’t our best ride, but I’m still really proud of him. He tried really hard,” stated Gwin. “The team experience has been a really great experience, and it’s something I’ve looked forward to for a long time. We all know each other, so it’s been super fun. The Young Rider camp [before NAYC] allowed us to get to know each other better before we came here. Everyone gets along really well.”

Area VIII’s CCIJ2*-L team sits in second place after dressage on a cumulative 87.8, with Elizabeth Henry as their leading scorer. Henry and her own 11-year-old Warmblood mare Charlotte La Bouff charged down the centerline, claiming a 24.9, to sit tied in individual second place with Area VI’s Pellegrini. “I was super happy with my ride. It wasn’t perfect, but definitely one of our best tests,” explained Henry. “She went in there fully game, and I rode her to the best of my ability. I’ve had her almost three years, and she’ll do anything for you, so I just had to know what I needed to do to go in there and I knew she’d do it.”

With Babbitt topping the leaderboard and Henry and Pellegrini tied for second place, it’s Area IV’s Benjamin Noonan who holds the next spot on the individual leaderboard. Noonan and his 8-year-old Hanoverian mare, Keep Kitty (King Julio x Emelie) had a lovely test, scoring a 27.0. The two have had a long partnership, as Noonan explained that he was 12 years old when he got ‘Kitty’ as a 5-year-old. “She’s a very old soul, and she’s been taking care of me,” Noonan explained. “We actually got a call saying we needed to buy this horse, so we bought her without ever riding her. When she came to the U.S. I rode her for the first time and I got bucked off,” Noonan said while laughing. “So my parents were really worried, but now it’s turning out really well. She’s been great and it’s cool to take her here [at NAYC] and have her ride like a real horse that goes to Young Riders.”

All of the individual and team leaders are NAYC rookies, and are experiencing a team competition for the first time. “It’s my first time in a team environment, and you’re not just riding for yourself – you’re riding for three other people. It changes it as to where now you’re okay with three other ppl beating you because they’re on your team, and you’re cheering for them too,” explained McFall. “It’s all our first time doing Young Rider’s so it’s been a journey.” Team member Pellegrini chimed in saying “Savannah and I have known each other for a while, and it’s really cool to be able to do this together. We’ve all gotten to know each other so well, and being able to be here with everyone has just been awesome.”

“I love my team and it’s so awesome how much we all support each other,” stated Area VIII’s Elizabeth Henry.

“It’s been really amazing to see how supportive everyone is of each other,” Noonan stated. “They’re your competitors, but they’re also cheering you on. The Broussards do such an amazing job, and we’re just so thankful that they have this event and they let us use it.” 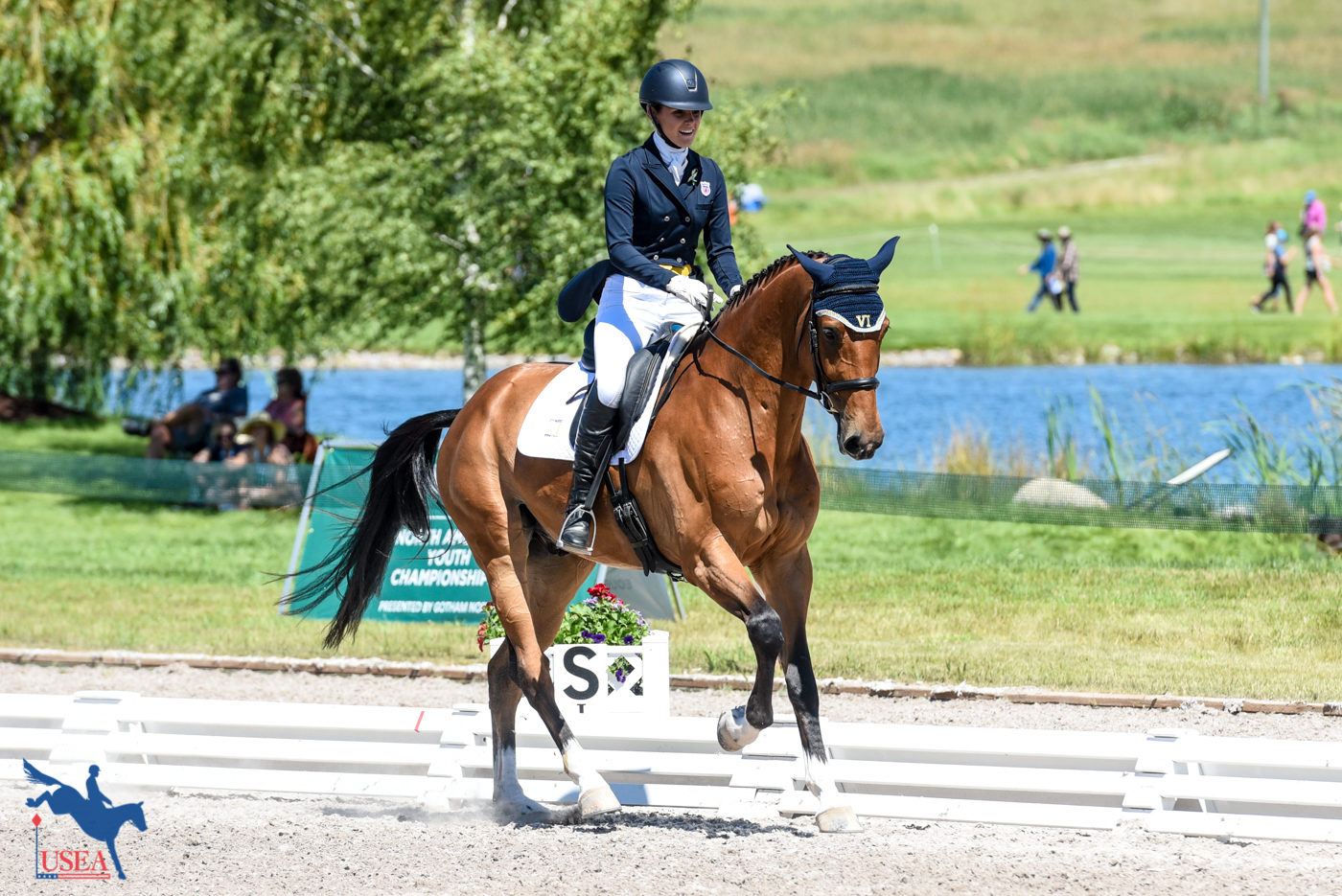 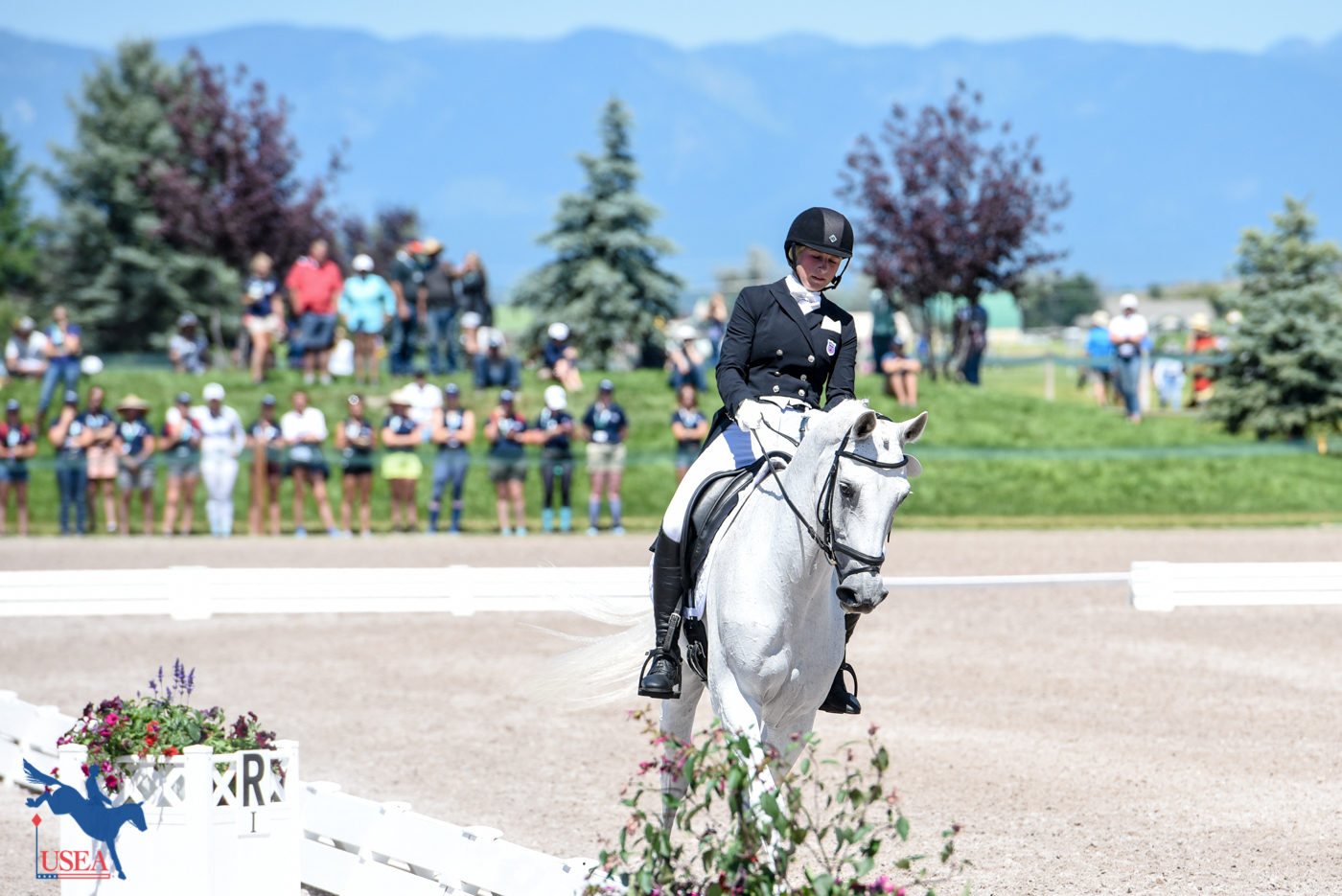 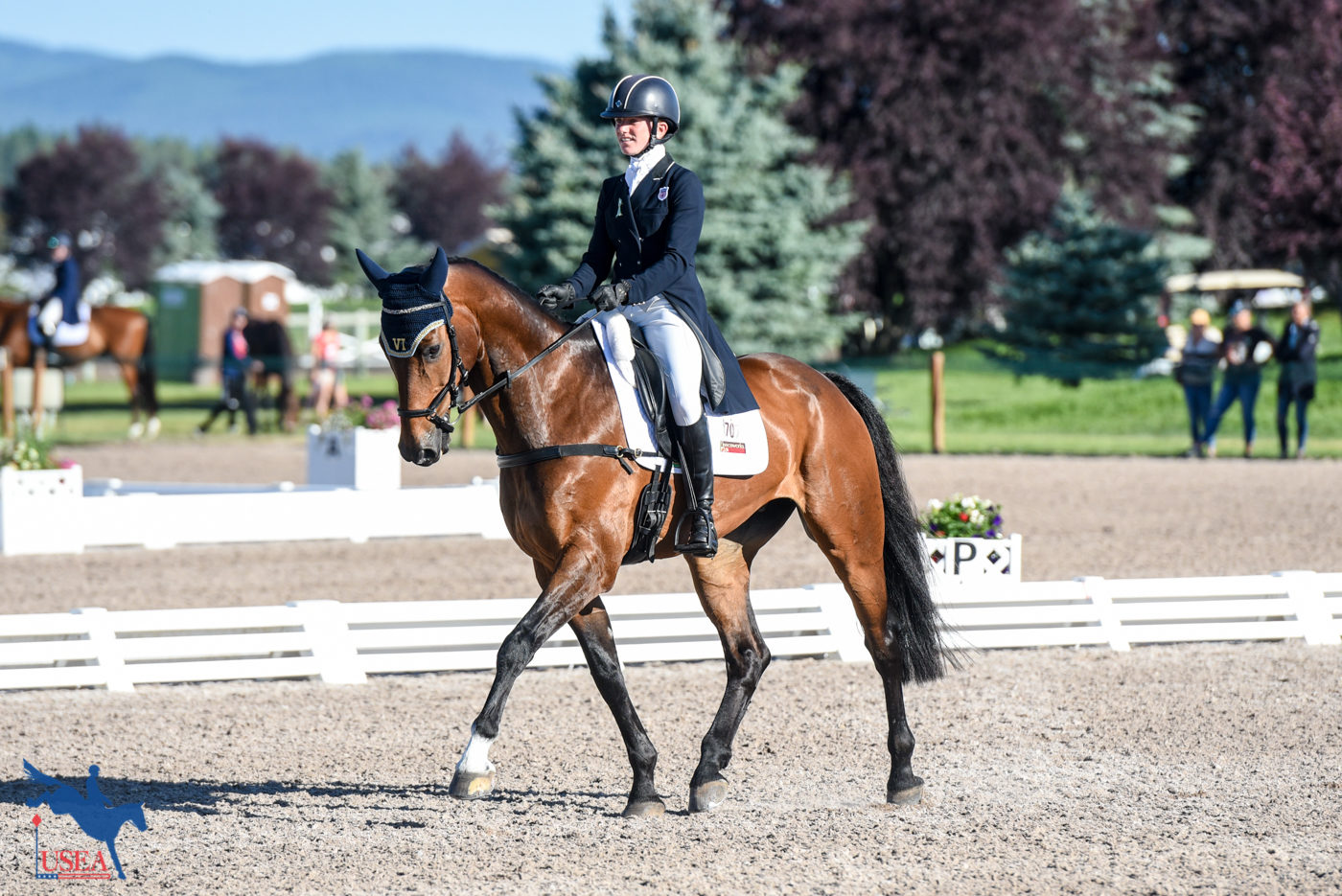 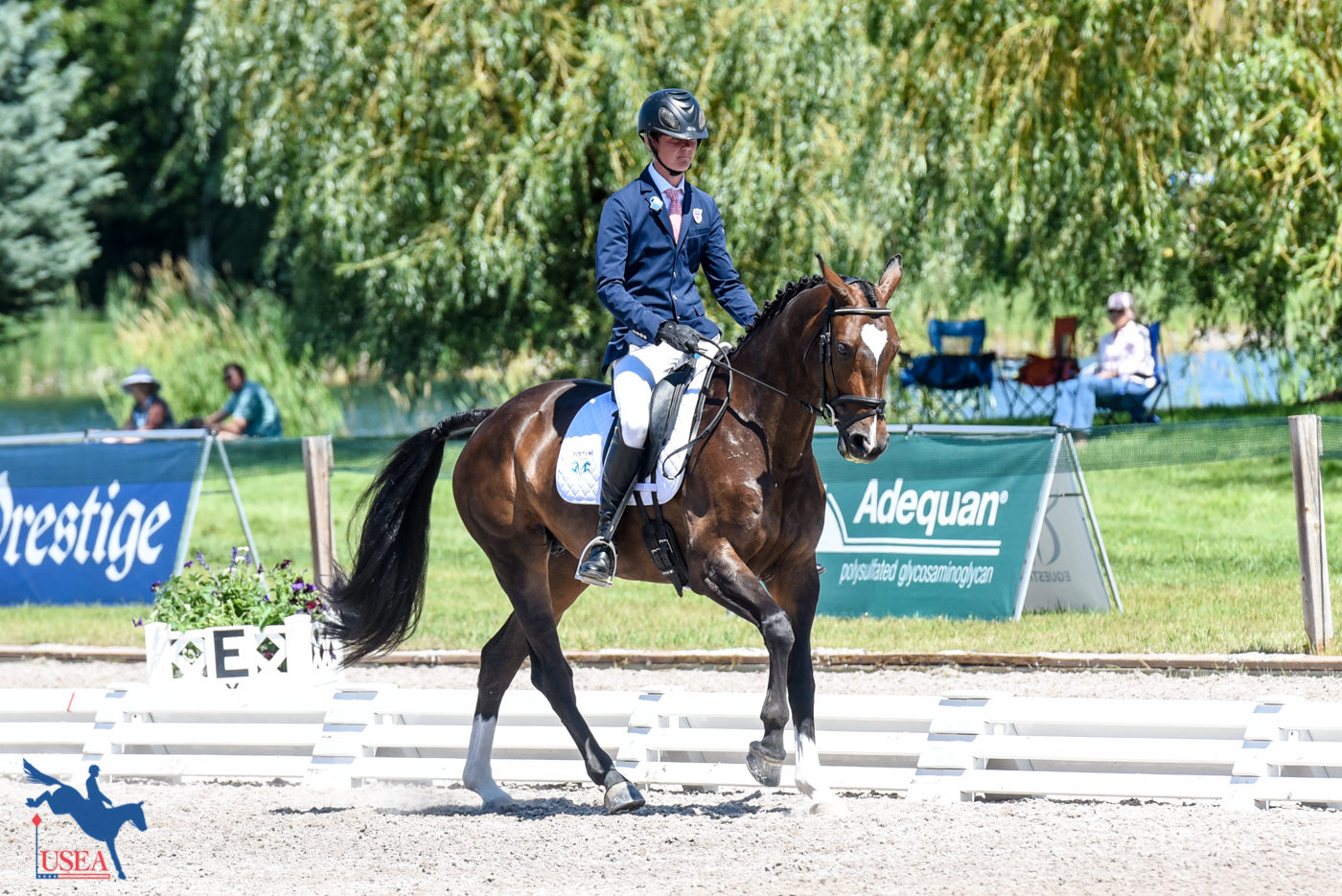 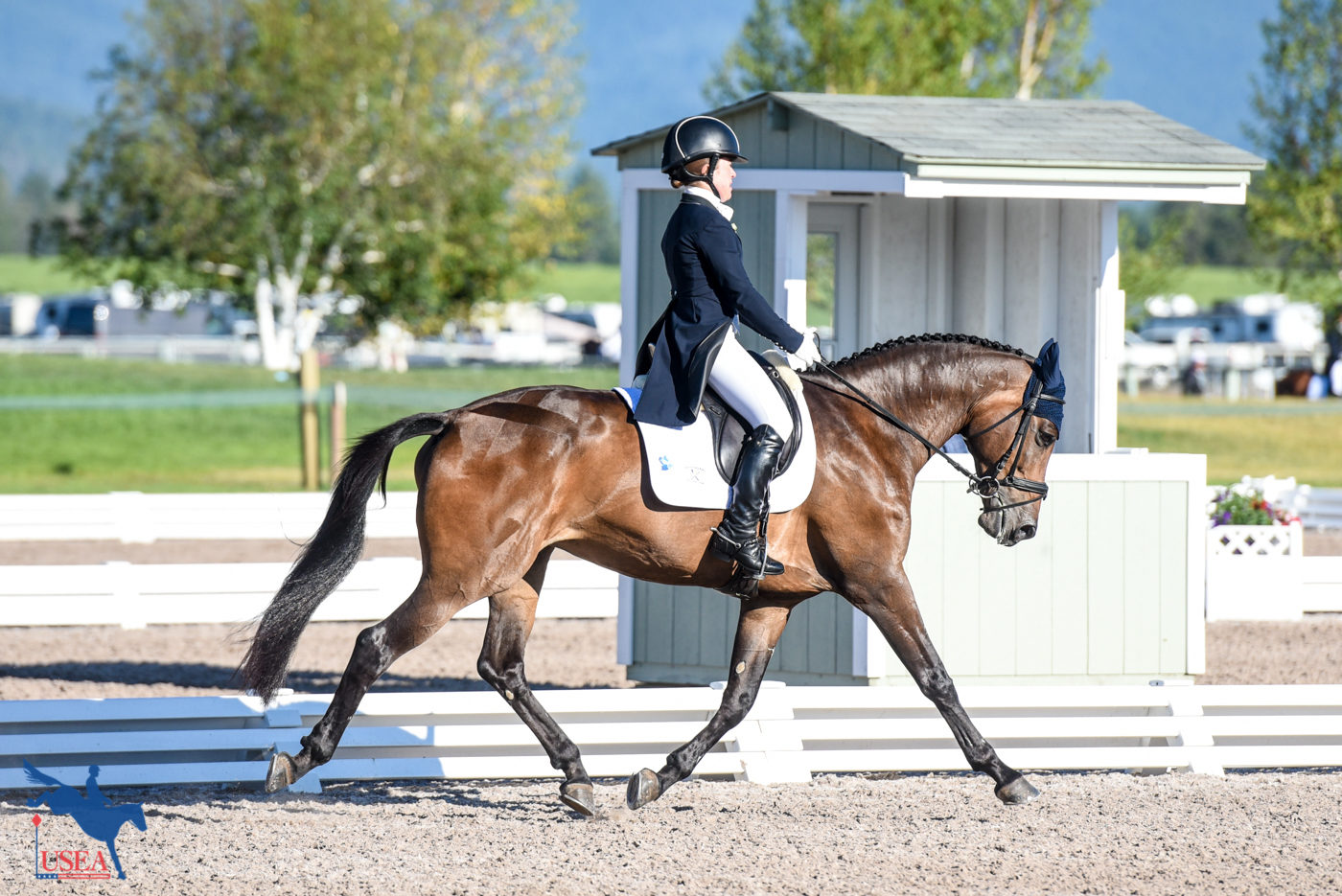 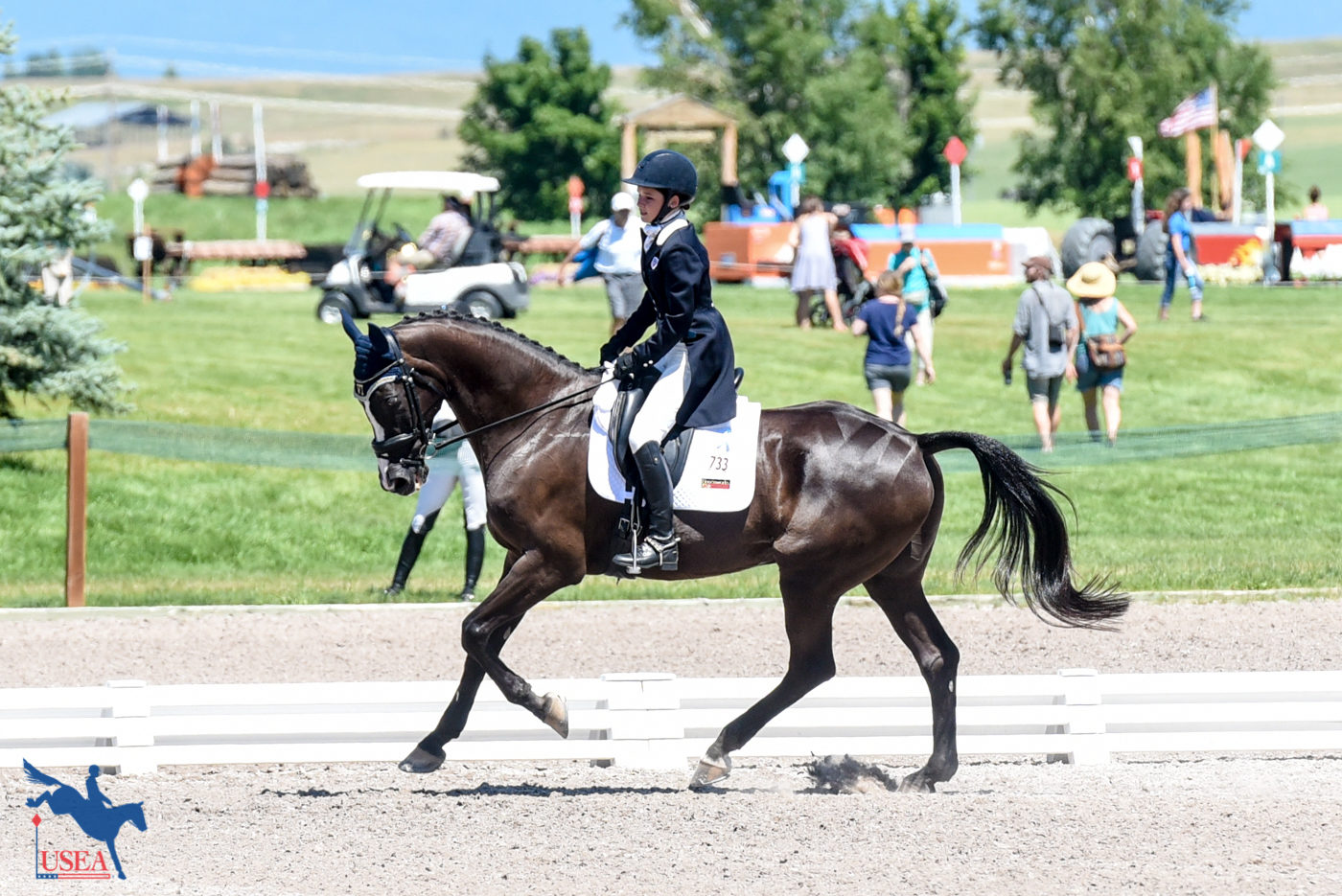 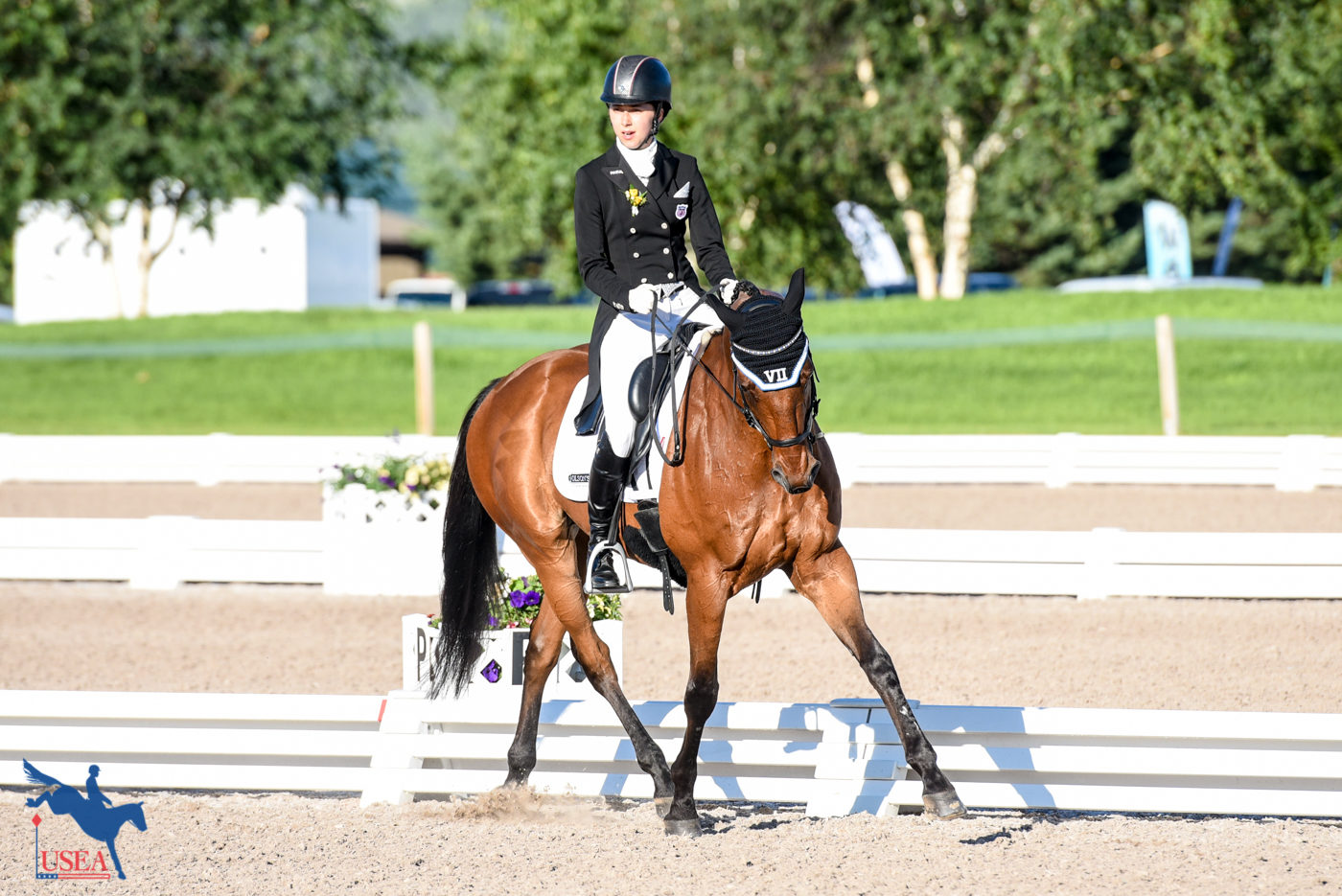 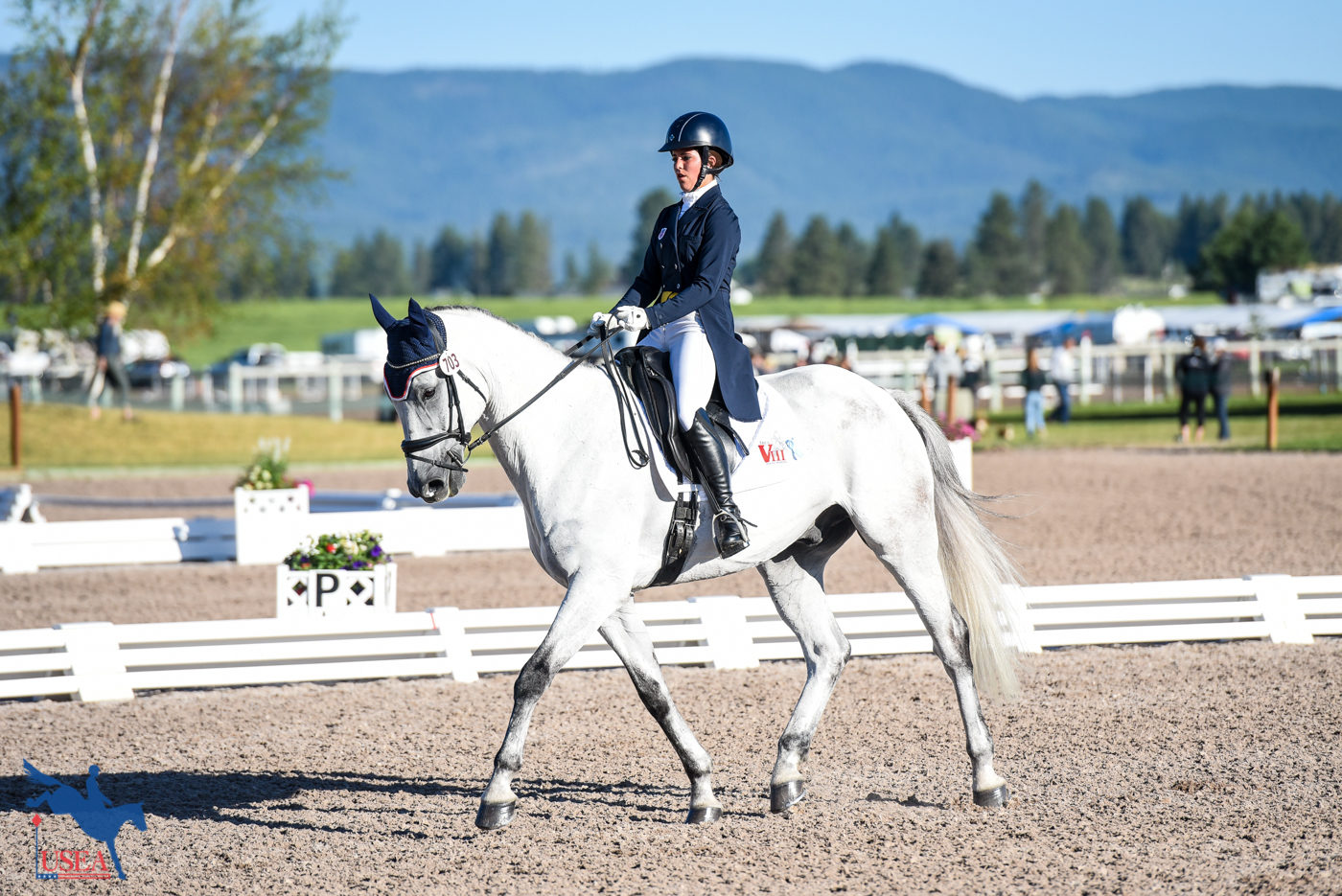 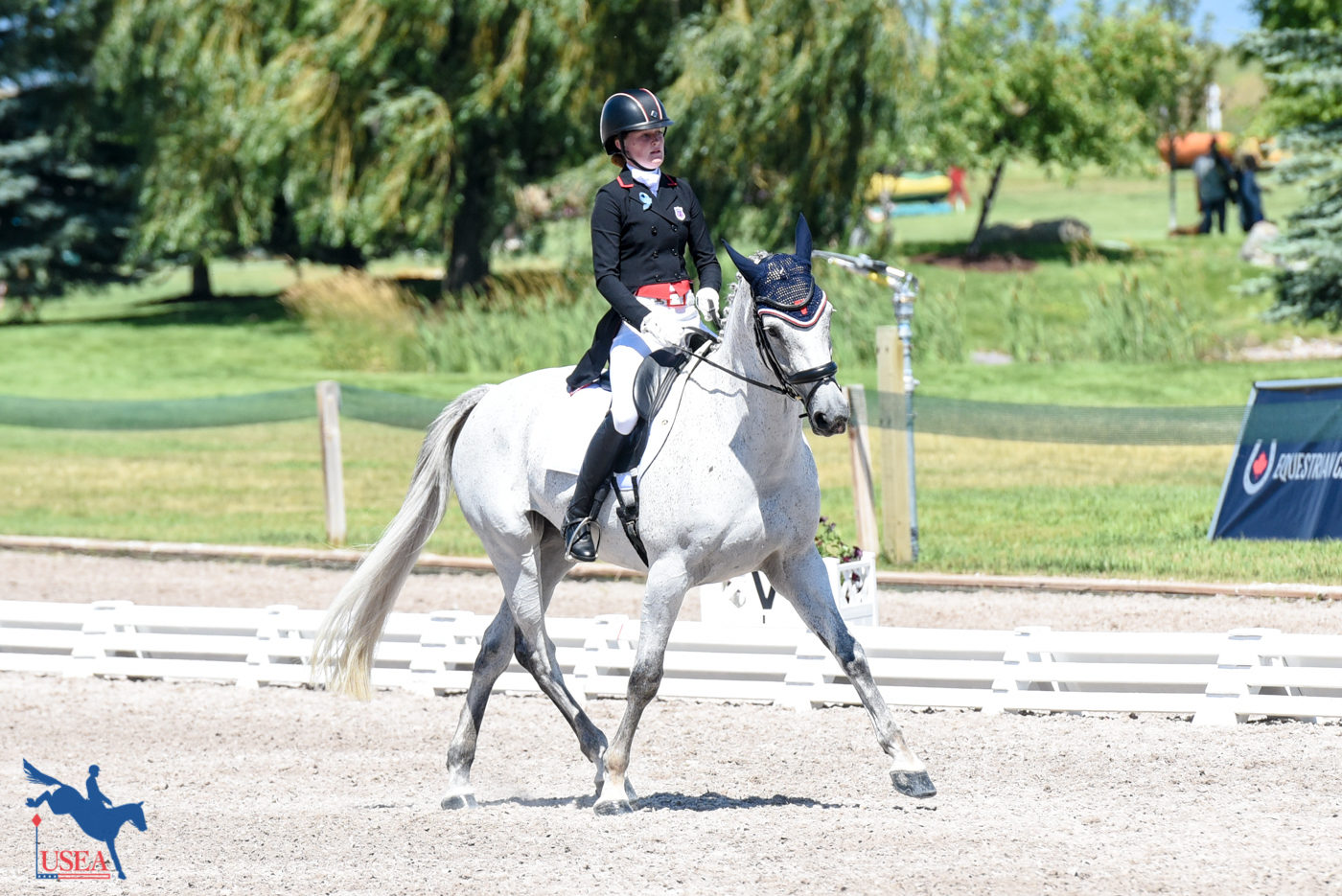 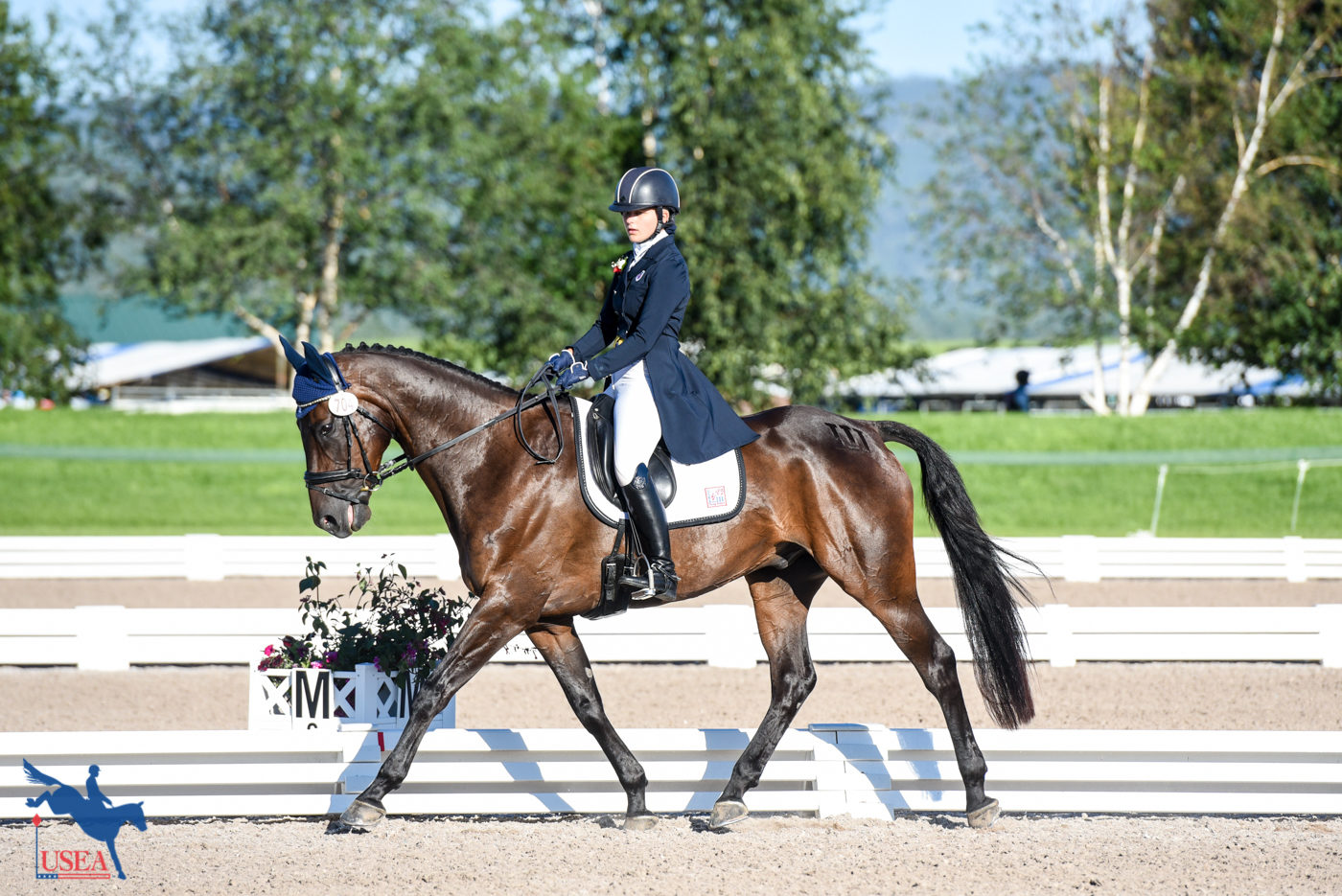 The United States Eventing Association (USEA) is proud to announce the selected Young Rider athletes for the Emerging Athletes 21 Program (EA21) national camp, now that the EA21 regional clinics have concluded. Twelve riders were accepted into each of the five regional EA21 clinics, taught by USEA Eventing Coaches Program (ECP) instructors, and now riders have been selected from the regional clinics to participate in the inaugural EA21 national camp this winter.

Ninety percent of training a horse is getting the horse to understand exactly what you want them to do. In general, horses are generous and willing creatures who want to please us; very seldom do they behave badly on purpose. Horses don’t come out and say, ‘Let’s make Mom’s (or Dad’s) life miserable today by going as poorly as possible - most prefer to do the right thing, as long as they know what that is.