Eventers are known for helping each other out and when Erin Sylvester decided to head west to compete in The Event at Rebecca Farm, she texted Tamra Smith and asked if she would be willing to give her some support throughout the week. Smith readily agreed and both the student and the teacher were rewarded with leading three-star victory gallops today. Smith topped the Adequan USEA Gold Cup CIC3* with Judith McSwain’s Fleeceworks Royal while Sylvester jumped a beautiful clear show jump round to win the third annual CCI3* with Frank Macentee’s Paddy the Caddy – both with impressive leads.

Show jumping proved to be quite influential in the CIC3* and the time had to be adjusted after a few riders. Despite the more generous time limit, Smith still added two time penalties onto Rory’s overnight score. Luckily the 8-year-old Holsteiner mare (Riverman x Marisol) had ample faults in hand and won with a 12.7 margin over second-placed Madeline Backus and P.S. Arianna. Backus jumped one of the few double clear rounds to move up from fifth to second after Hawley Bennett-Awad dropped three rails with Jollybo to settle for third.

“Rory was absolutely phenomenal,” said Smith. “She jumped out of her skin. I can struggle with her because she can get a little too bold. She started out the course fantastic and was super rideable, but then peeked at the liverpool so I had to tap her with the whip. Her hind end was so powerful after that, so I had to work to keep her head up enough to keep a good balance.”

Sylvester had contacted Smith early on with concern about the cross-country footing since Montana has been in a drought, but Smith assured Sylvester that the Event would have it all under control and they came through with flying footing colors. “When we got her and walked cross-country the footing was quite firm,” said Smith. “I didn’t even realize how it’d be possible that they could make it better. I said to Sarah [Broussard], ‘I don’t know what you guys did or how you did it, but thank you.’ It was like some angel came out and watered all night, and the ground felt really good. They put in a tremendous effort.

“The footing is so important to us,” continued Smith. “We put our heart and soul into our horses, and we want to have a long career for these horses, and I cannot thank [the Broussards] enough. It had to be a tremendous effort. It was really incredible. My hat goes off to everybody who made that possible.”

Erin Sylvester clears the Rebecca Farm jump for a clean round with Paddy the Caddy. USEA/Leslie Mintz Photo.

The CCI3* started as a pretty small division with only eight competitors and it was whittled down to just four starters today after Alyssa Phillips retired Bliss III on cross-country; Holly Jacks-Smither and More Inspiration and Kirsten Buffamoyer and Jim both were spun at the jog; and Emilee Libby withdrew Nonsensical before show jumping. Show jumping didn’t mix up the standings at all and the places remained steady for all four pairs with no one able to catch Sylvester’s hefty 11 point lead.

Like Smith said of Rory, Sylvester was so proud of Paddy the Caddy and also thought he was jumping out of his skin. “I’m so proud of him,” Smith said of the 10-year-old Irish Thoroughbred gelding (Azmore x Slamy). “He definitely tries his heart out for me, and I couldn’t be happier.” This was Paddy’s first CCI3*, so the win was all the more impressive.

“This west coast community is a really neat community; everyone is so supportive of each other,” continued Sylvester. “Everyone has each other’s back and they want it to go well and be there for you. Tamie came through as my trainer and helped when I had some hairy moments, and I really appreciated that. It’s a super event.” 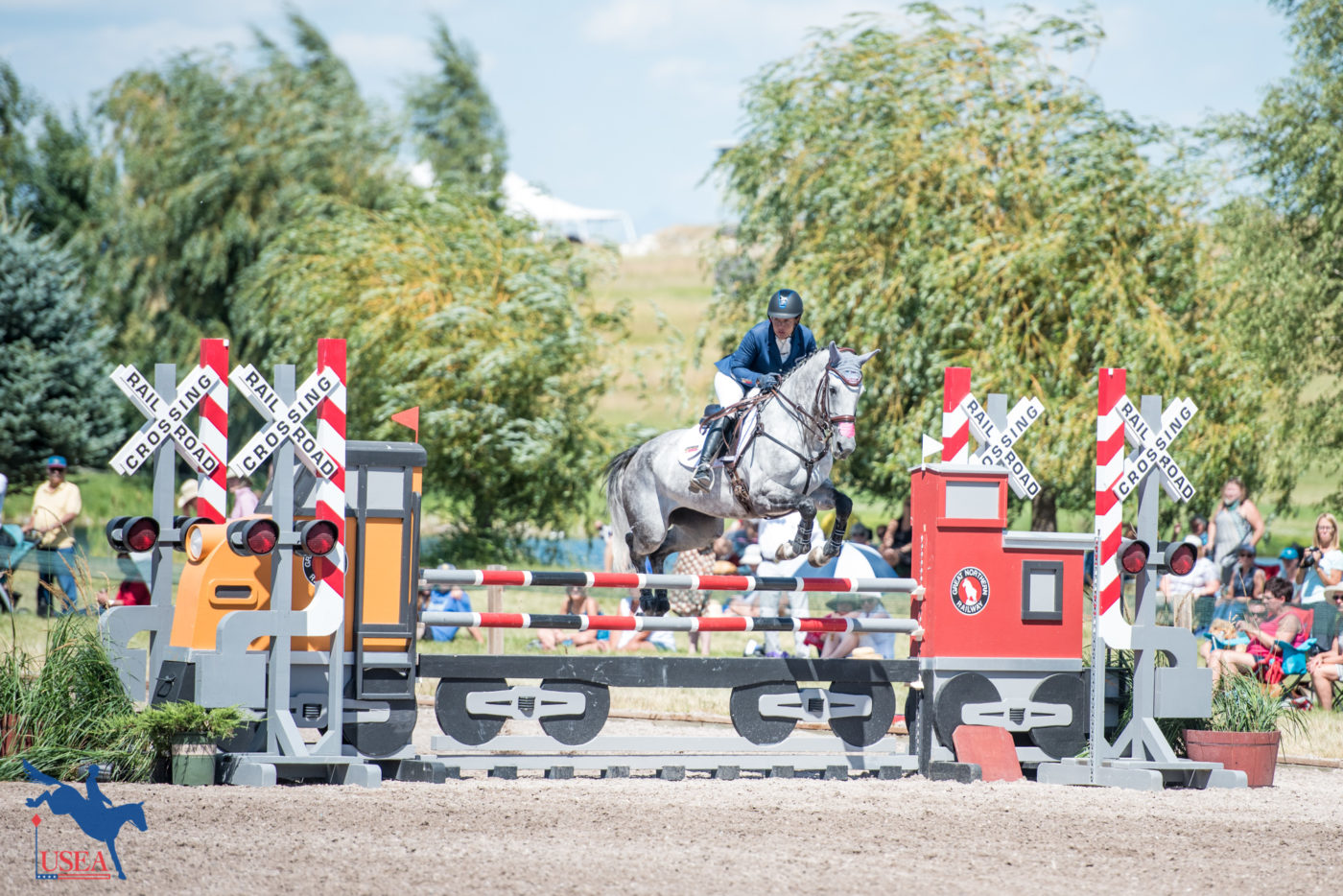 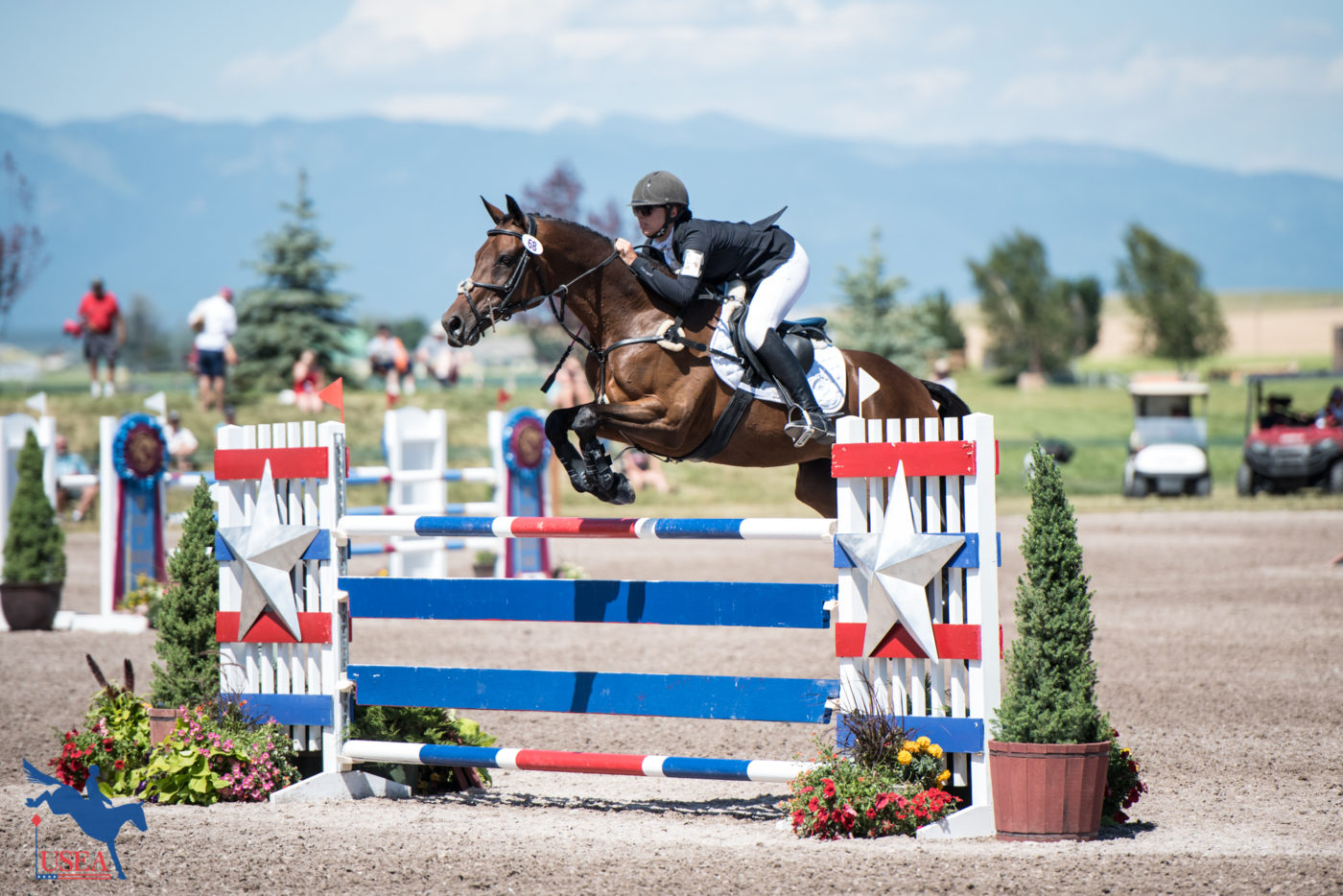 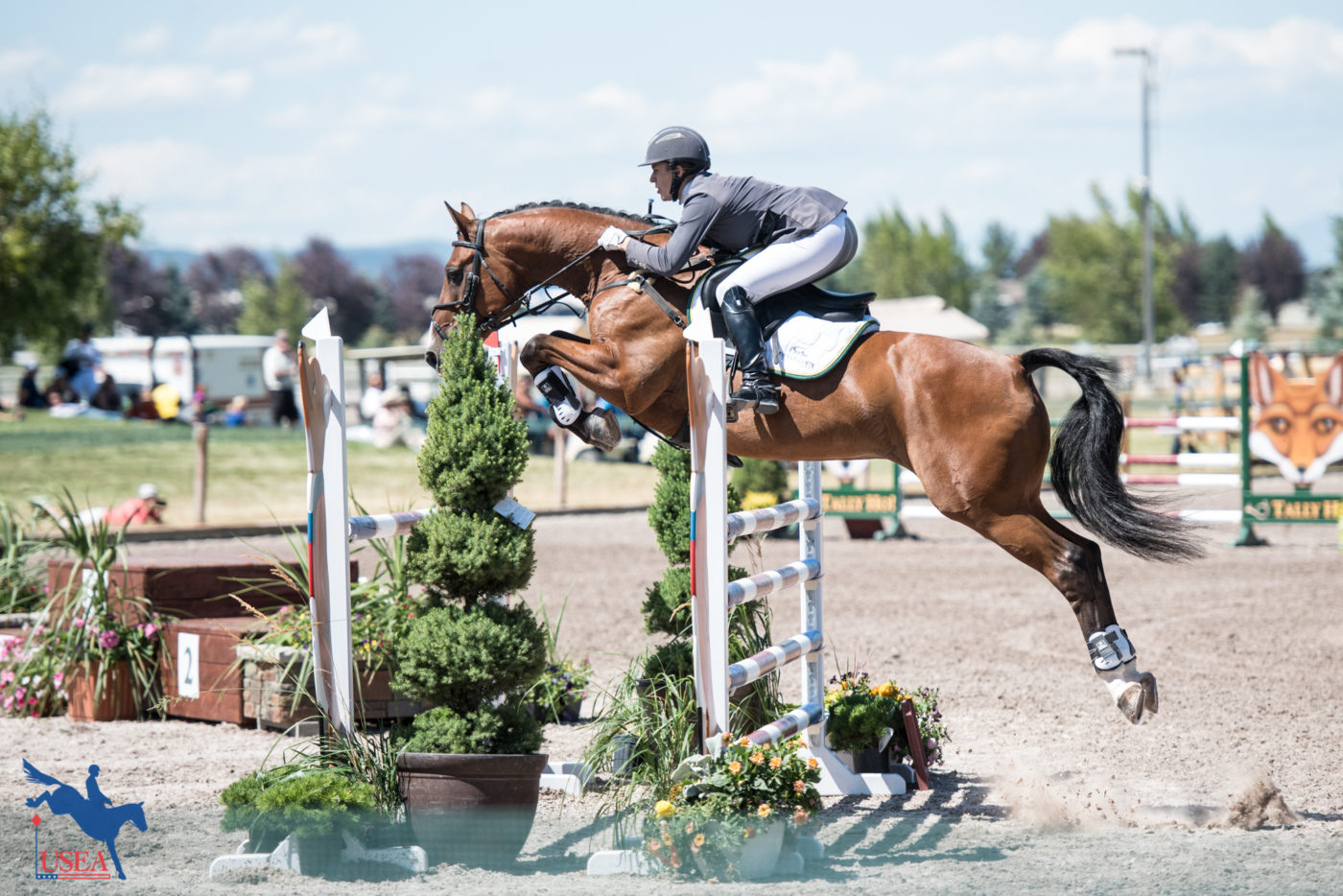 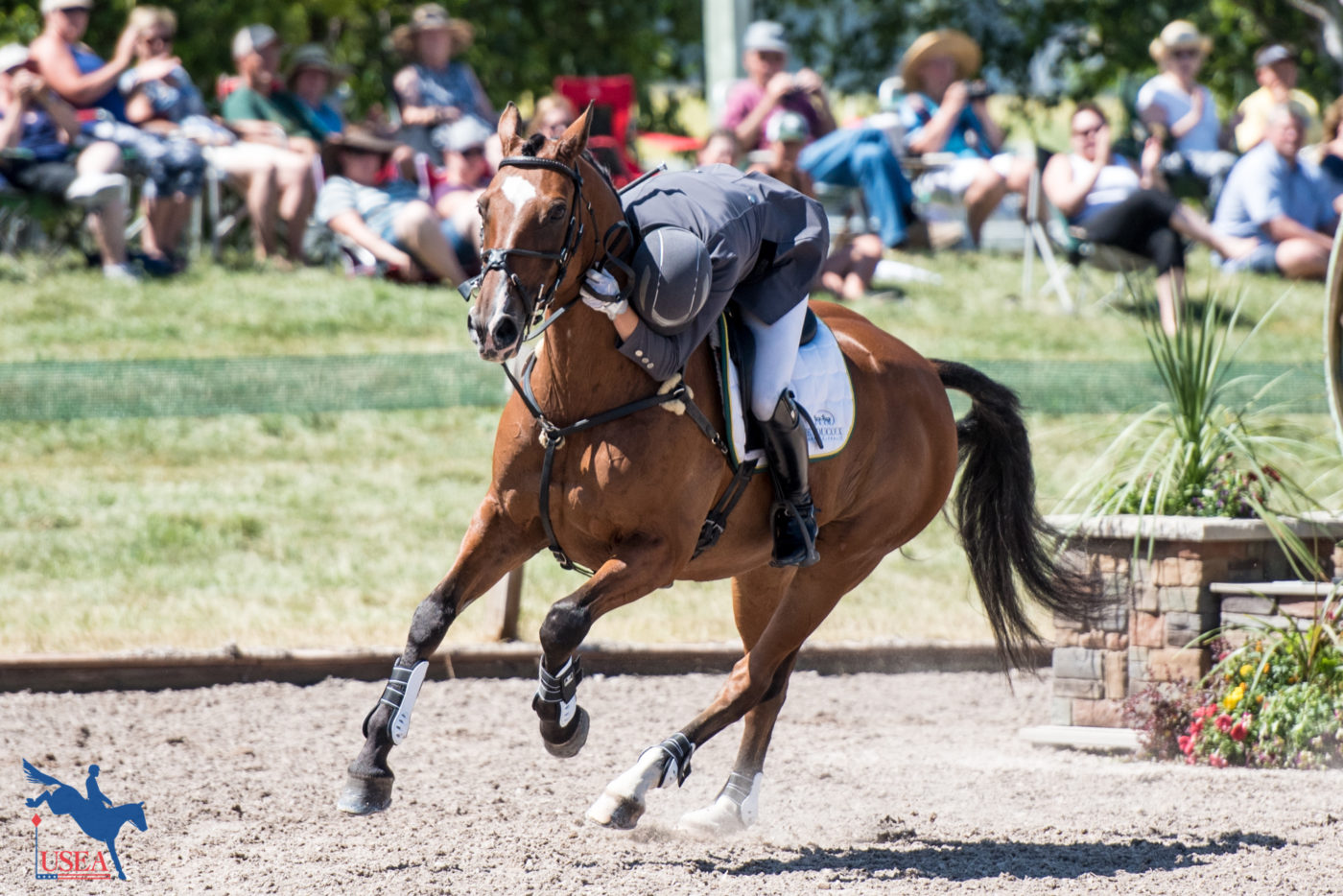 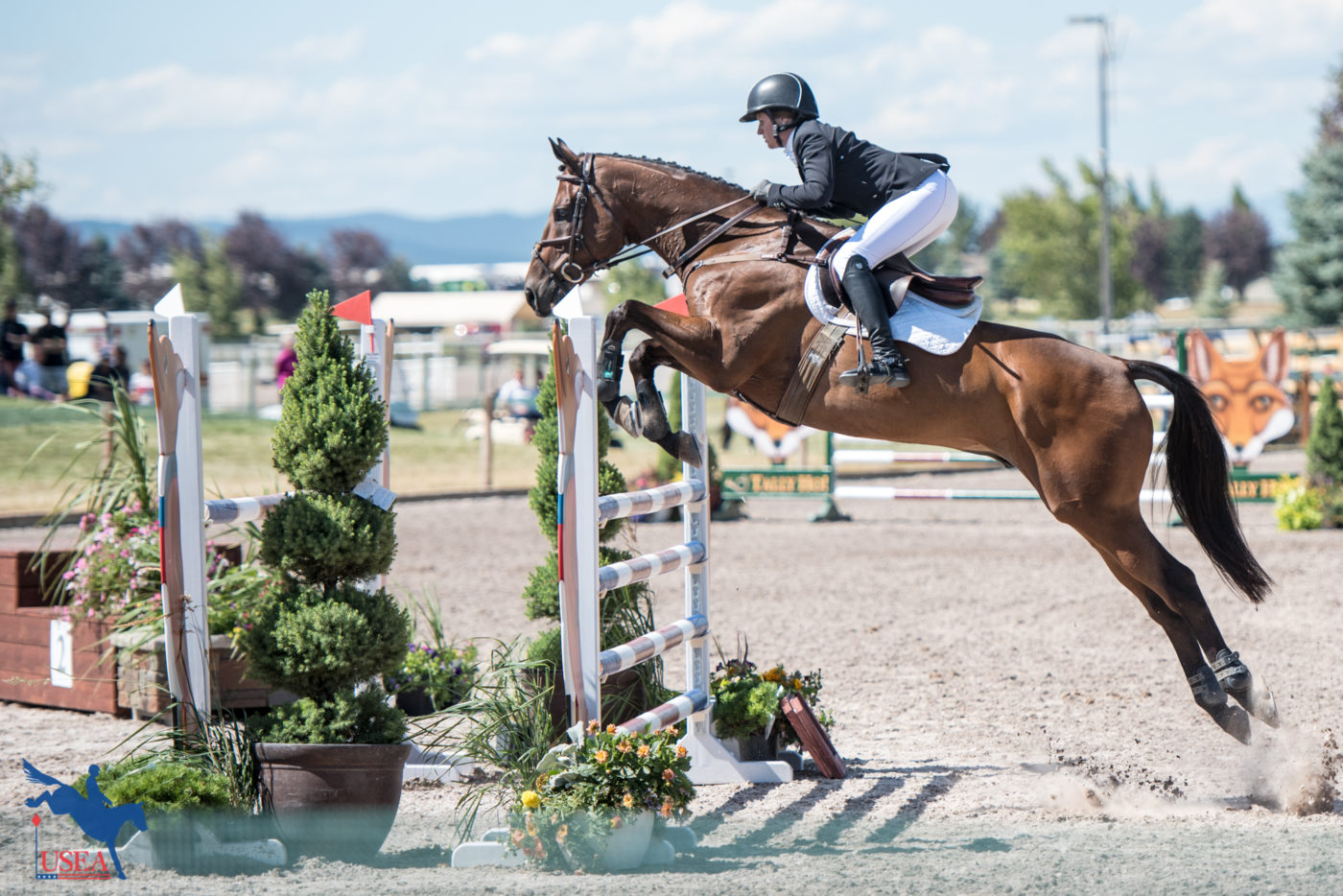 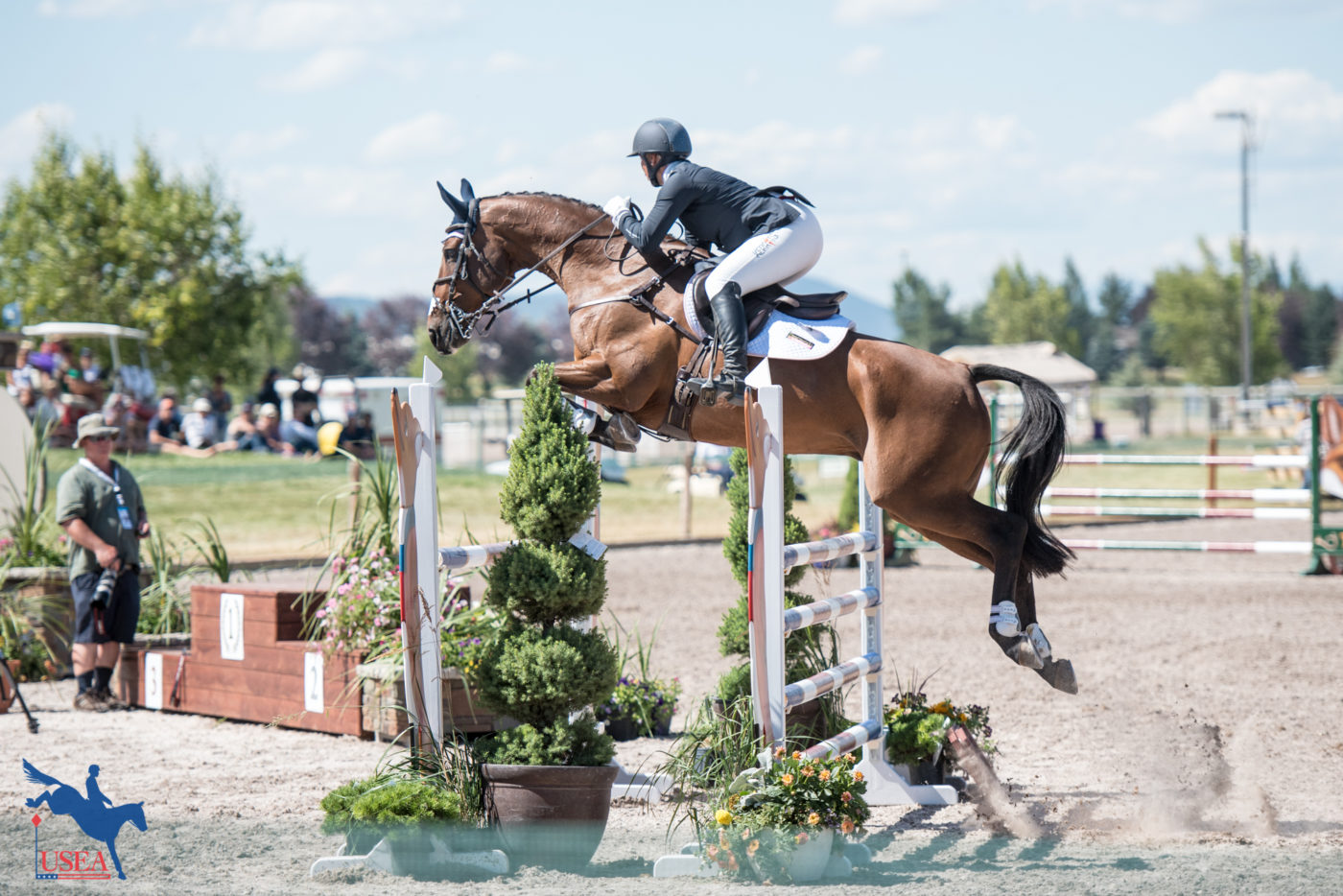 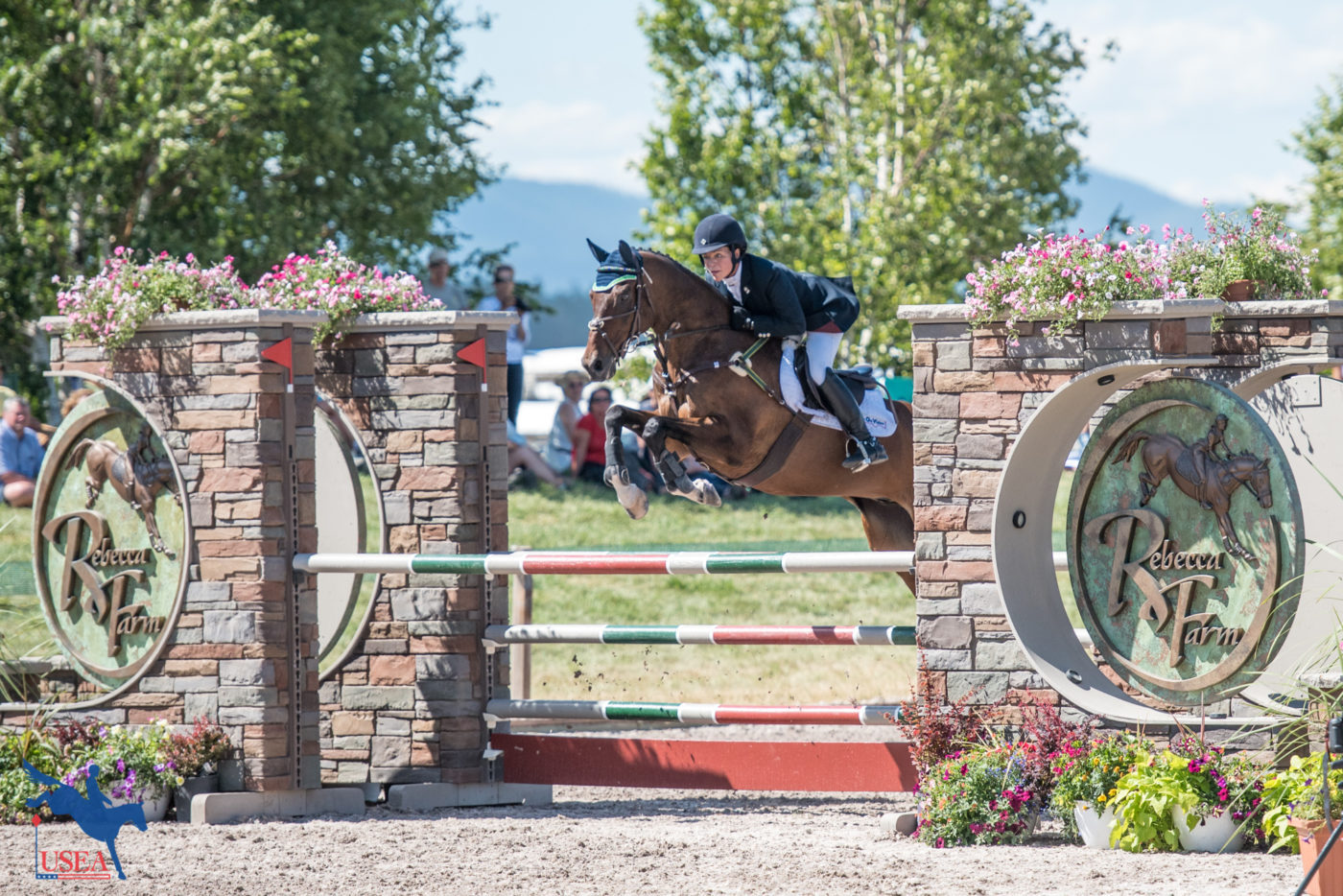 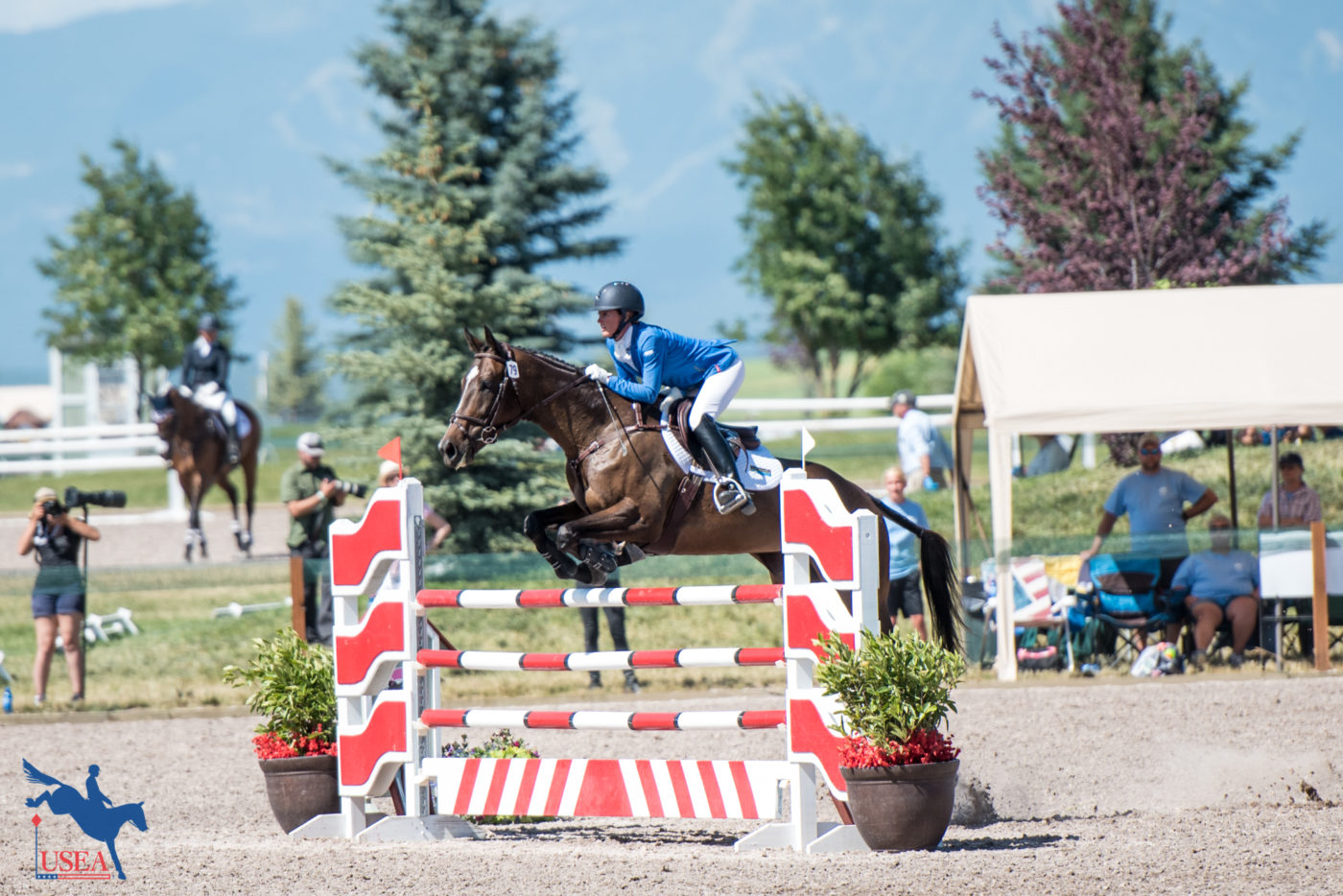 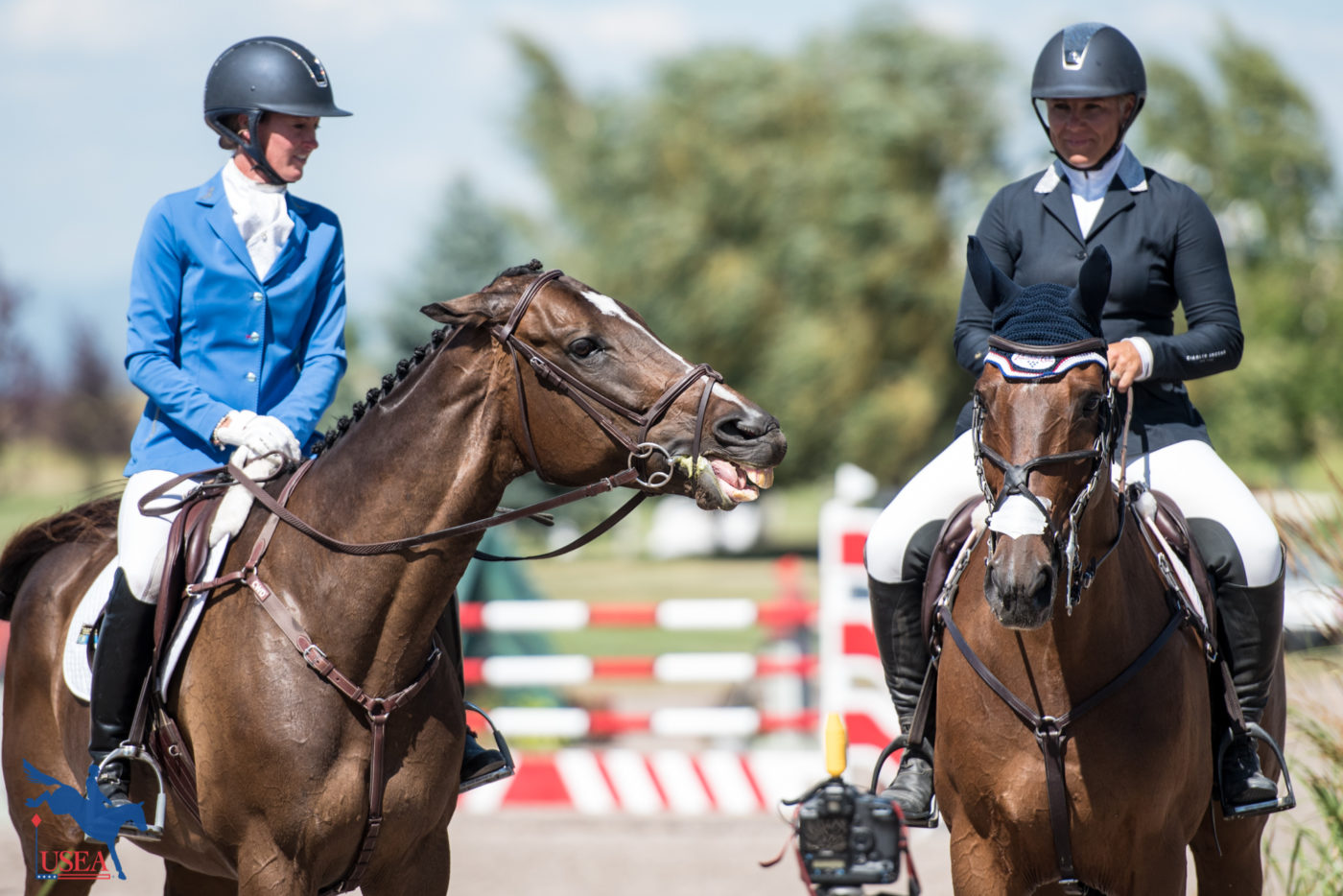 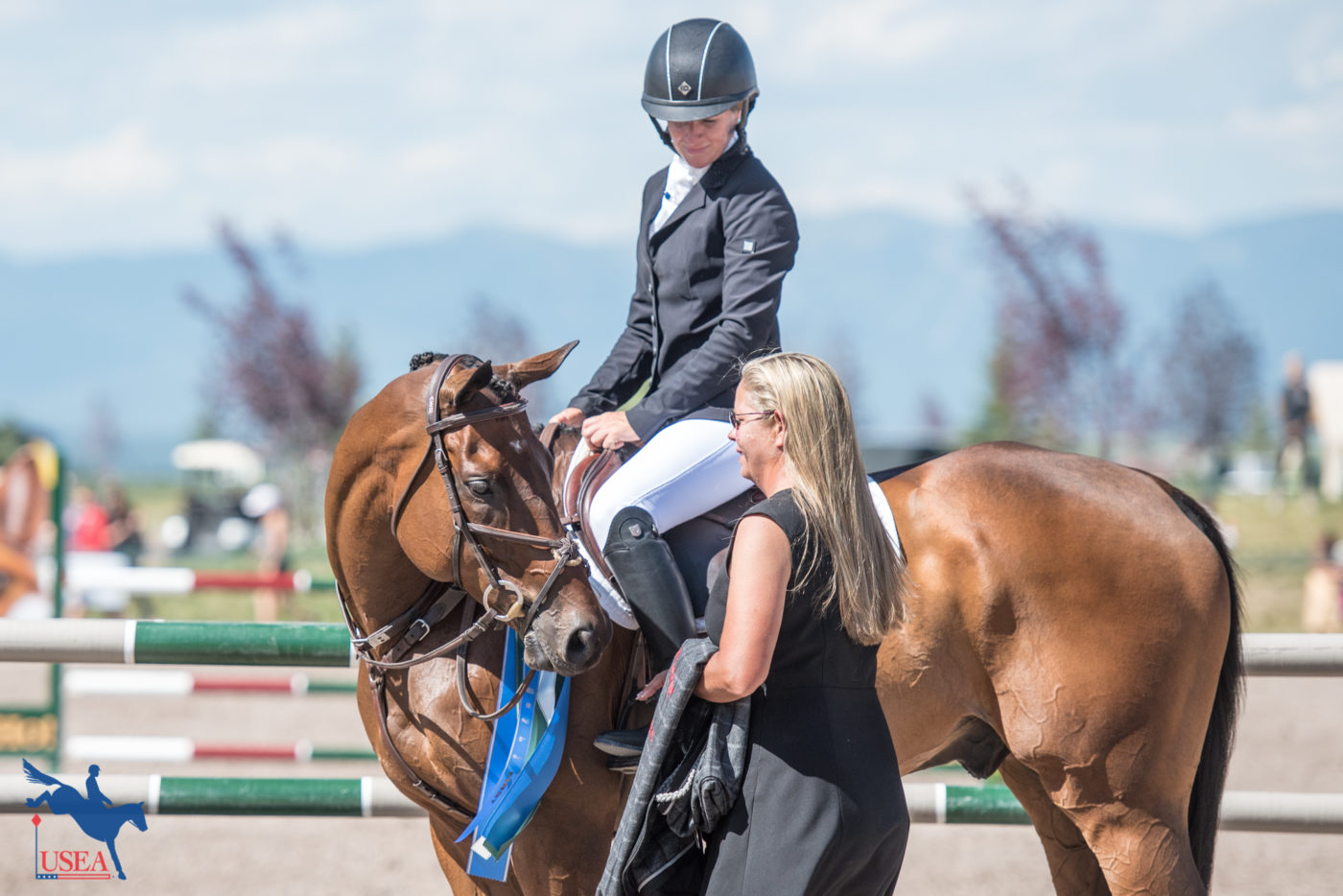