Under the setting sun in the Grand Prix arena at Galway Downs, in front of the crowd gathered in the VIP tent, the 17 horses and riders competing in the Hylofit USEA Classic Series Training Three-Day show jumped to see who would take home the blue ribbon. No one could catch Whitney Tucker Billeter and Bill’s Midnight Magic (Espri x Rena Ramzi), John Herich’s 15-year-old Hanoverian gelding, who show jumped double clean to take home the win on their dressage score of 25.9.

“[In the warmup] I kind of spent a lot of time just moving his body around, making sure that he wasn’t too stiff,” she described. “Overall the warmup went pretty well, I was really just trying not to help him too much in there and make it his job to jump the fences and not let me get too handsy. That usually doesn’t help too much in show jumping.”

Tucker Billeter explained that she tried not to let the pressure of being at the top of the leaderboard affect her riding. “I made myself think that I was at home, doing a course at home and not that a bunch of people were watching and not let the pressure get to me too much. He’s been jumping really well at home so I just tried to focus on that and maintain the same stuff we’ve been doing at home.”

Part of the reason that Tucker Billeter decided to do the Training Three-Day, apart from the educational experience it provided both her and “Billy,” is that it gives his owner something to get excited about. “At this point we don’t really know what else we want to push the horse to do, so it’s just doing stuff that’s fun for his owner to come watch and enjoy," she said. "Especially now that John lives of out of state and travels from Washington to come down and see his horse, he really only gets to do it when there’s a good show to come down for . . . This year we’ve tried to aim for big events like this just so that it’s more fun for his owner to come enjoy.”

“I was thrilled with her cross-country, she was hunting the fences and gave me a really good ride, and I thought it was a really tough Training,” Miller said. “She rose to the occasion. And she was very generous in the show jumping tonight – I found the lighting to be difficult. I managed to stay out of her way enough that she could jump around. I’m proud of her – any time you get to finish on your dressage score is awesome.”

Miller, who won the Training Three-Day at Coconino in Arizona over the summer, said the format really suits Bon Bon. “It just sets her up nicely for cross-country,” she elaborated, “after she’s had a good warmup . . . She’s been getting better and better all year.”

Miller is also on the USEA Classic Series Three-Day Task Force, and looks forward to using her perspective as a competitor to aid the task force. “Competing in these is really beneficial," she said. "As a competitor I’m able to give feedback and see what they’re doing, make some suggestions. Everybody on that task force has a stake in it, organizers and people that are real proponents of it, but it’s good having a rider in there too.”

“He was a little lazy in the warmup, and so I was lucky that Whitney was the same because she was putting the fences up and I thought, ‘Perfect! It’ll wake him up a little bit,’ and he came into the ring like, ‘Yeah! Okay!’” Braitling described. “I think they’re all a bit tired after yesterday and there’s a lot of fussing over them the whole week – it’s a lot of overstimulation, which I think is what’s really good about it because it gets them used to it, the jogs and such.”

Braitling said she’s not sure what’s next for “Ben” – will she keep the ride on him next spring or will his owner Jenny Ramirez take over the ride? “She comes down and rides him at home, so she’s thinking, ‘Do I want to start riding him more or do I want him to go on and go Preliminary?’" Braitling said. "Maybe do the CCI2*-L at Rebecca Farm, that could be on the horizon for him after Preliminary in the spring. We’ll wait and see what the plans are and she’ll keep coming and riding him and see how comfortable she is and get to know him a little bit more and we’ll go from there.”

Meg Pellegrini and her 7-year-old Swedish Warmblood gelding Dassett Ricochet (Cabachon x Pillar) put in a double clear round to take home fifth place on a score of 32.3.

Stay tuned for the exciting conclusion of the international divisions tomorrow at Galway Downs! 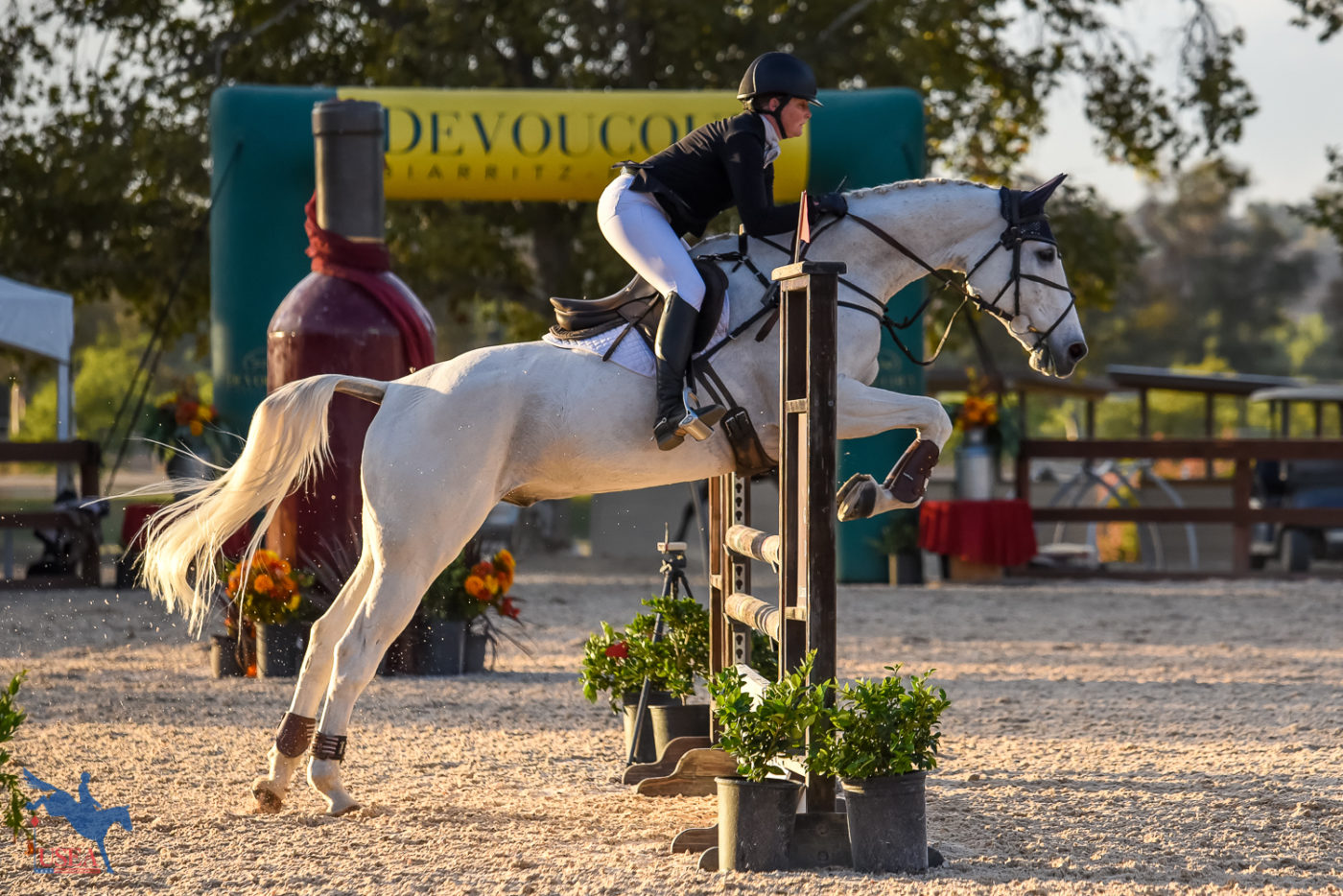 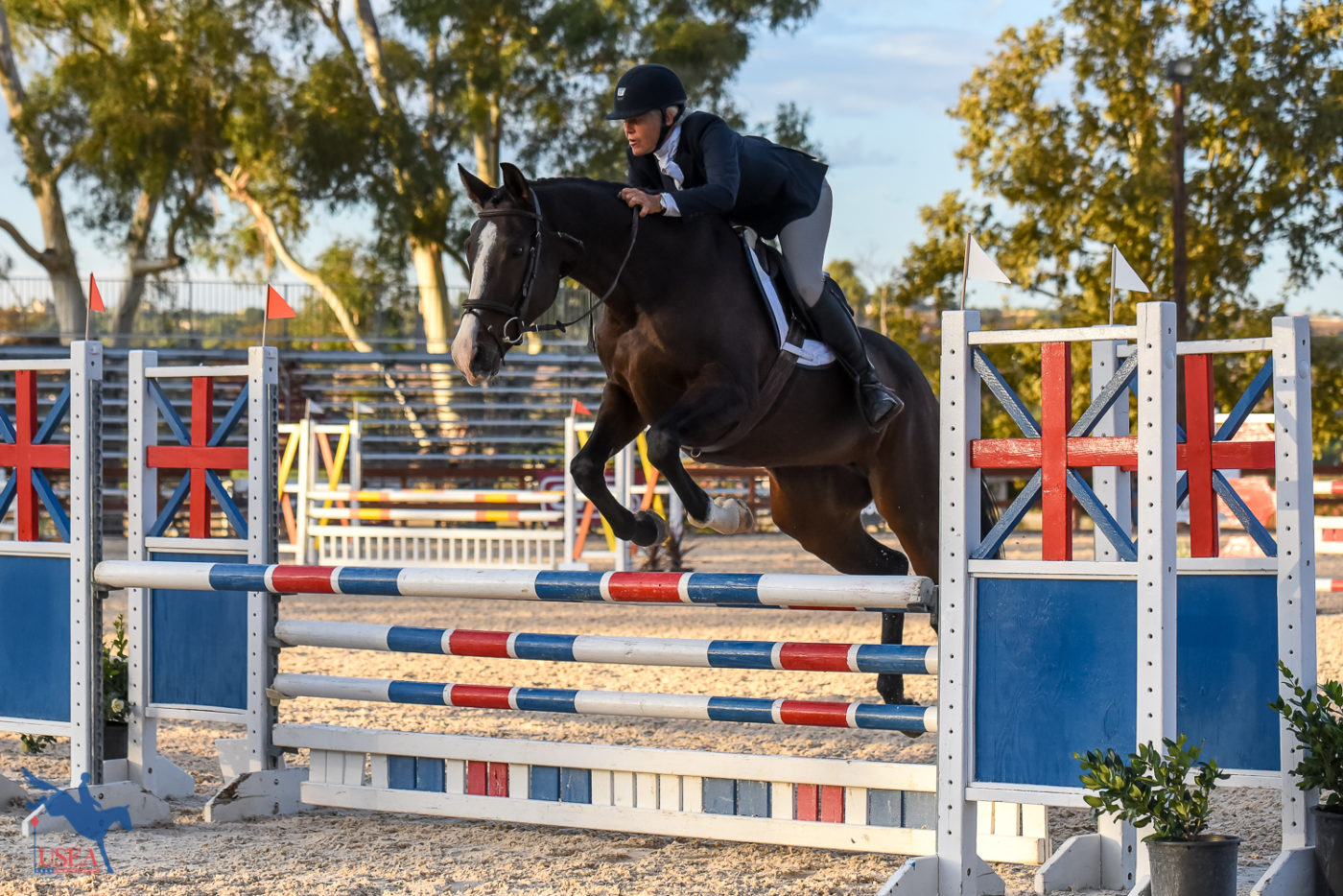 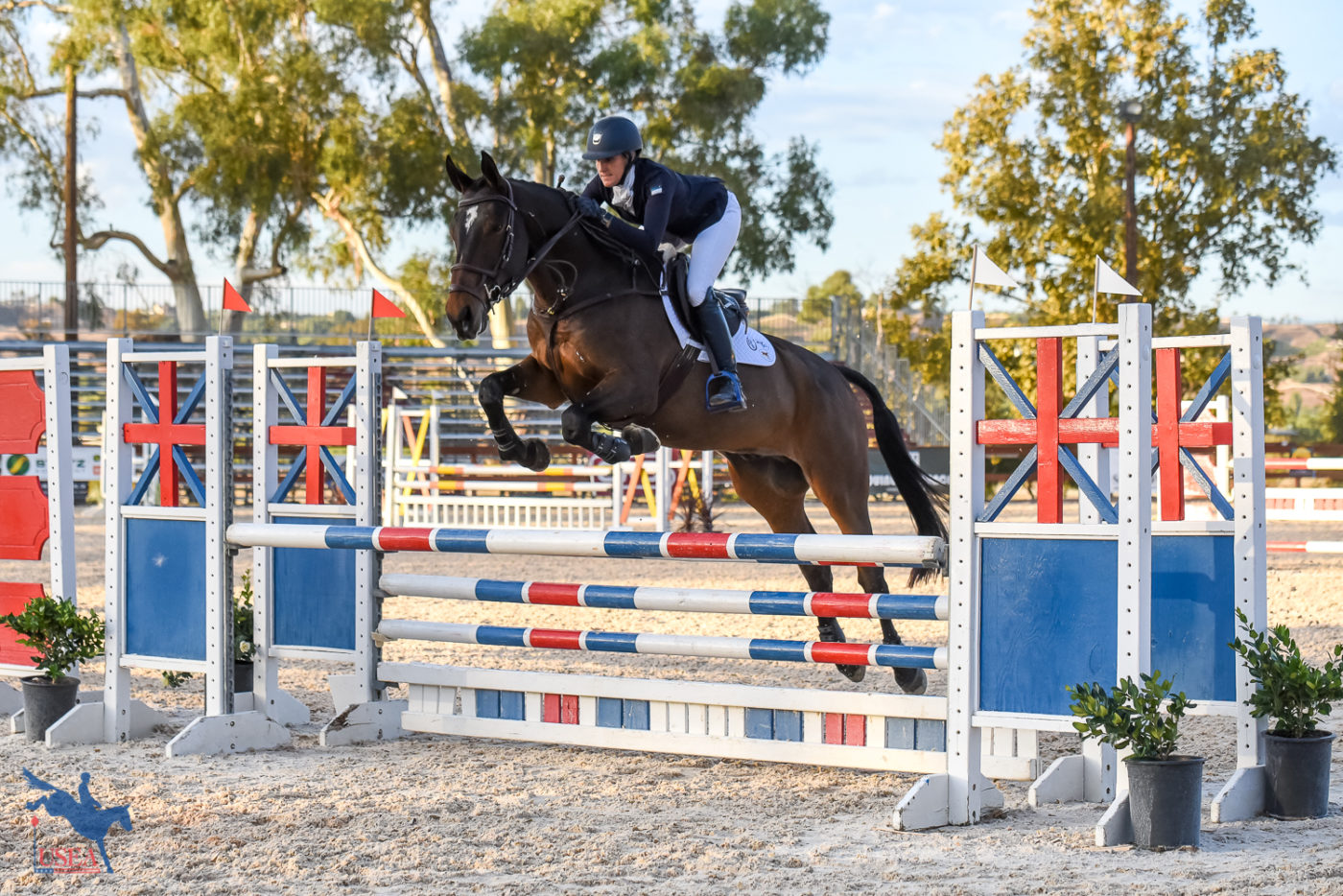 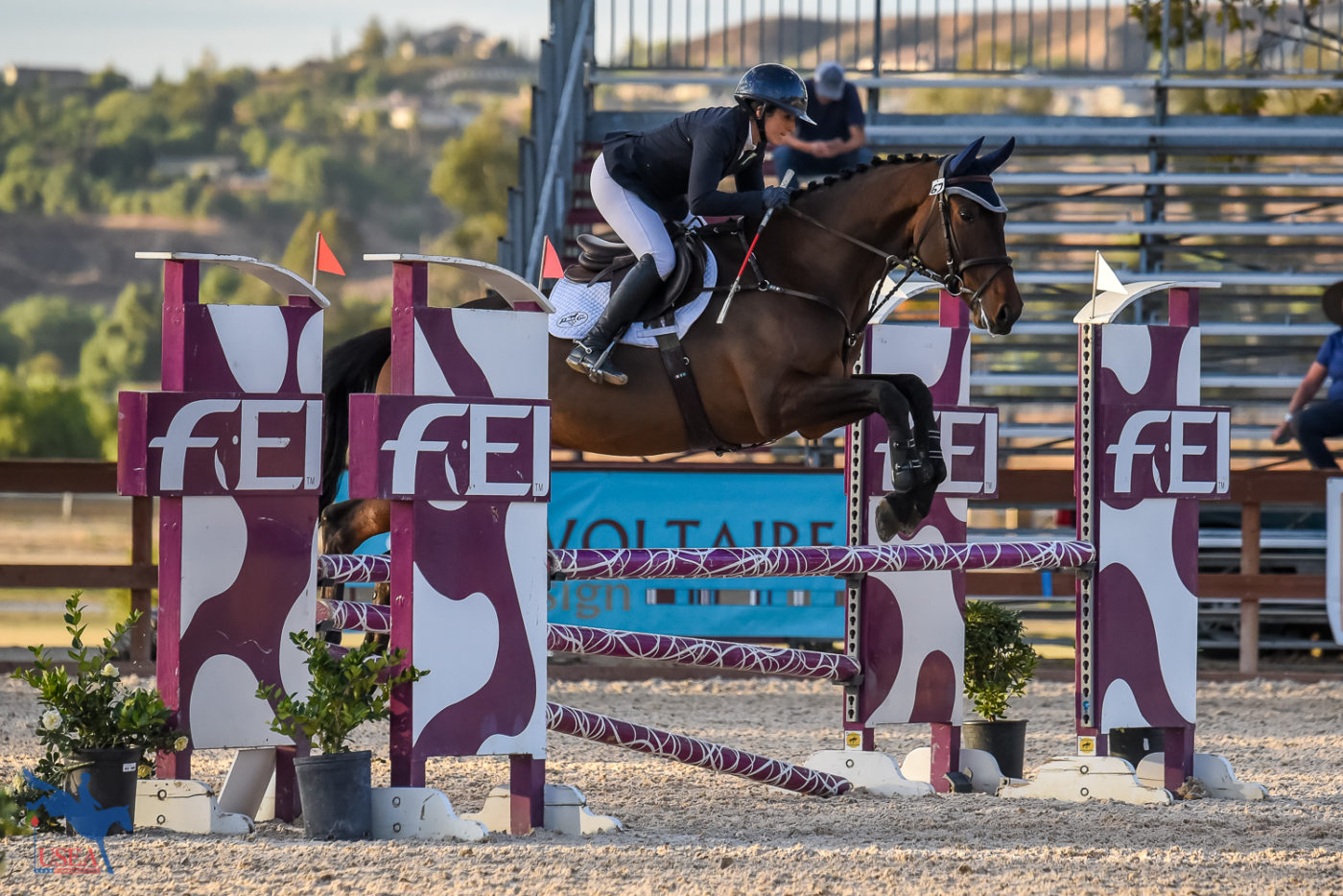 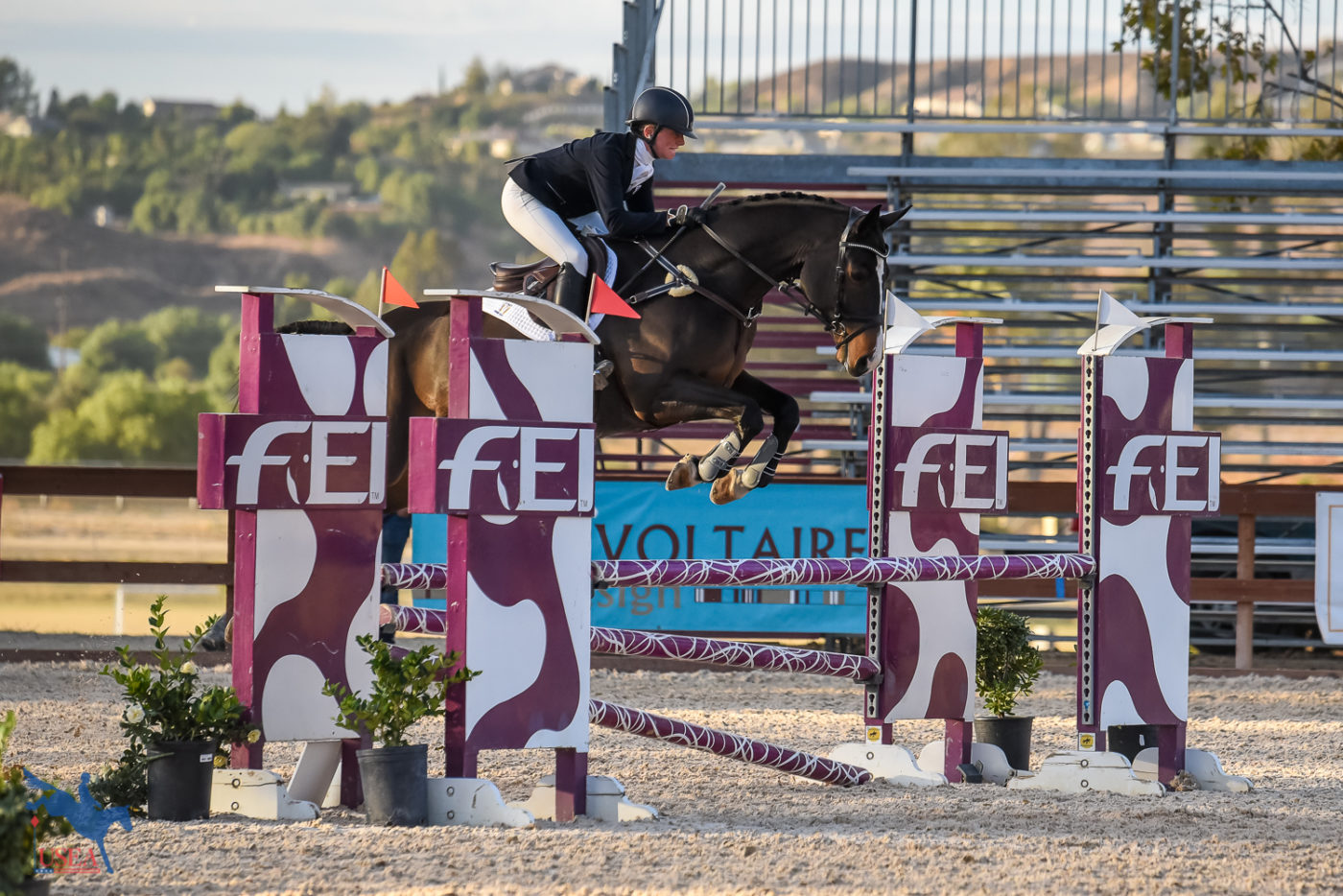 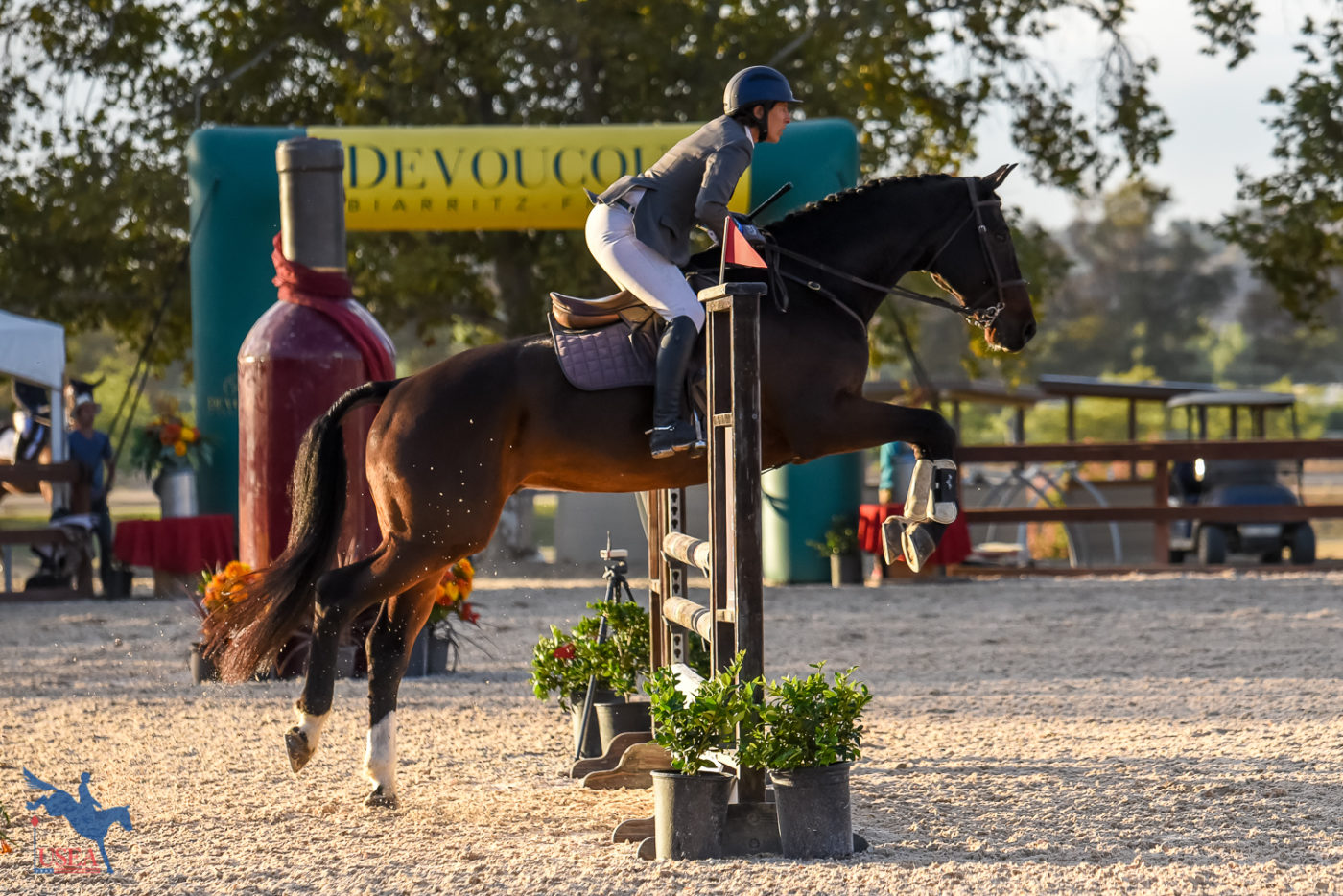 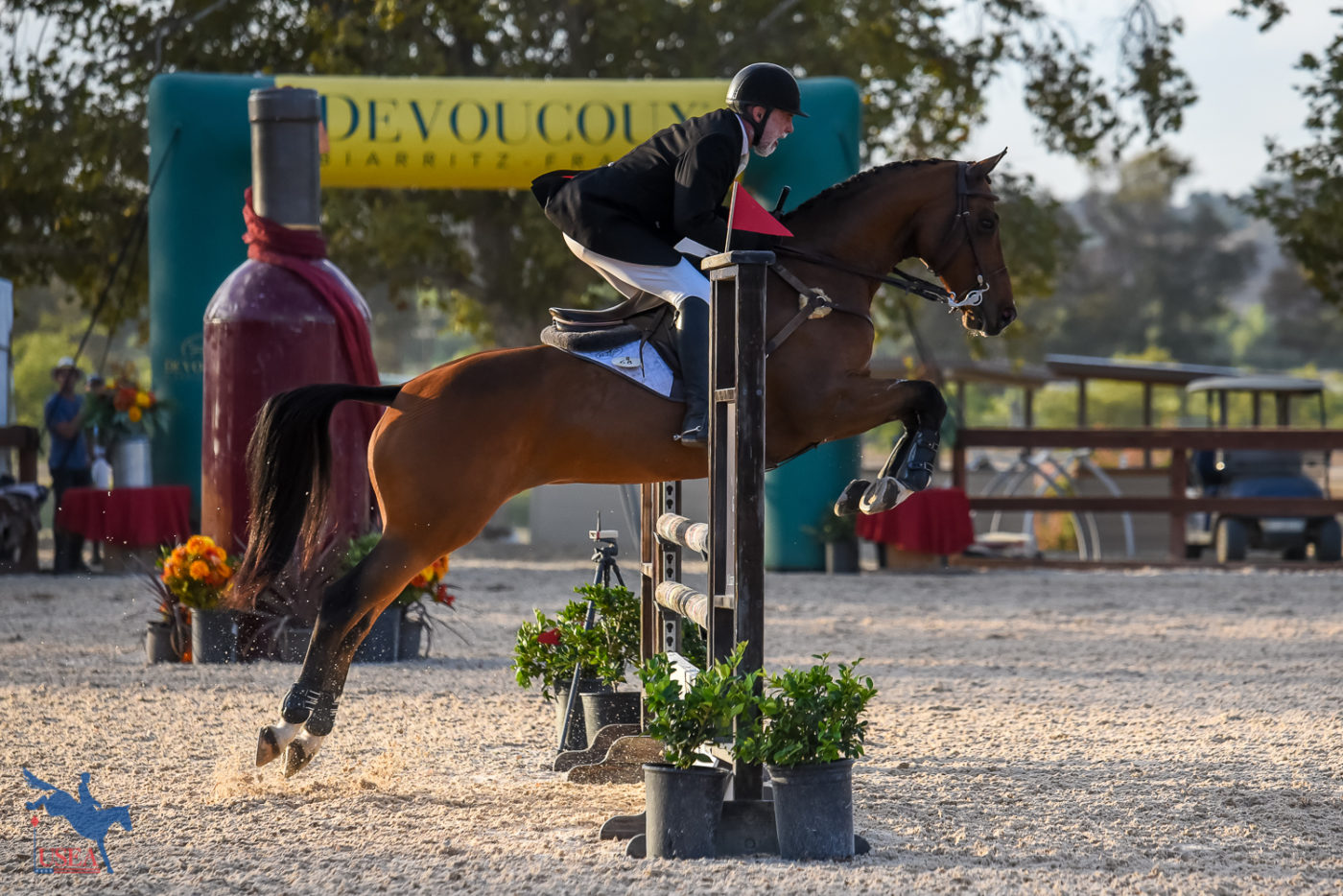