As is often the case with horses, things can go from good to bad in a split second. Tamra Smith was on her fourth and final horse in the CCI3*-L at the Twin Rivers CCI and Horse Trials, Ruth Bley’s 10-year-old Hanoverian gelding Danito (Danicer x Wie Musik), approaching the final water jump when the two parted company on takeoff.

Danito was up and moving immediately, but Smith stayed down in the water – something was wrong with her ankle. “I went to get up out of the water and I couldn’t get up, and I thought, ‘If I broke my leg, I can numb my leg and then I could still show jump. I will figure out how to numb it!’” Smith joked.

Lucky for Smith, her ankle isn’t broken. “I just rammed my left ankle into the jump and that didn’t feel very good. That’s why this sport is so great though – you just never know.”

“They were all great – even Danito,” Smith said. “I just got a little bold and cocky and found a distance that was maybe not suited for his experience level. I went out on En Vogue and she was a bit green and then I got on Rory, and she and Mai Baum are so seasoned. Danito is a bit wise beyond his education – he’s so rideable and he feels like Mai Baum. I got chancey and, you know, it is what it is.”

Looking forward to tomorrow – because you can bet your britches Smith will be show jumping tomorrow – Smith said she feels confident in the partnerships she shares with her horses. “En Vouge and my partnership is new, so I’m not really sure what to expect now that my left leg is compromised. But I have great partnerships with Lexus and Rory and I think that all I need to do is trust my partnerships with them. They’re good jumpers. I’m not going to be 100 percent, but sometimes you’re not 100 percent. At least it’s me and not one of the horses!”

Pellegrini and RF Eloquence Take Control of the CCI2*-L

Meg Pellegrini and RF Eloquence find themselves poised for their second two-star victory in less than a month. In March, the pair won the CCI2*-S division at Galway Downs, so Pellegrini is no stranger to the pressure of the top spot.

“We’ve been having problems with the start box recently and today he was the best he’s ever been. He just went right in and started off on a great foot,” Pellegrini said. “Everything rode really well – I was really happy with him at that coffin because I thought he was going to be a little bit spooky looking down into it but he was so good and really just helped me out a lot.”

Pellegrini and RF Eloquence have only been partnered up since August of 2018, so the partnership is still relatively new. Still, that hasn’t stopped the pair from taking home the ribbons – they have finished outside the top five only once at the Preliminary level. “I’m so fortunate to have a horse like him. He’s really amazing.”

After today’s double clear round nudged them into first place on a two-phase score of 29.8, Pellegrini said she feels confident going into the final phase of competition tomorrow afternoon. “He’s good [at show jumping.] We’ve had issues in the past at home with rails but we’ve really cleaned it up and I’m feeling pretty confident going into tomorrow, knock on wood!”

Savannah Gwin and her 13-year-old Warmblood gelding Glock Pullman (Coriall x Ahdonna Pullman) are keeping the pressure on Pellegrini and RF Eloquence, just 1.5 points behind in second place on a 31.3. The pair went double clean today to move up from fourth place.

Megan Compton and Coco Mademoiselle W (Coronas 2 x Sierra), her 9-year-old Westphalian mare, moved up from fifth place to third place after putting in a double clear cross-country round. They will go into the final phase tomorrow on a score of 31.8.

The final horse inspection for the CCI3*-L and CCI2*-L will take place tomorrow morning at 7:30 a.m. and show jumping will follow starting at 12:50 p.m. 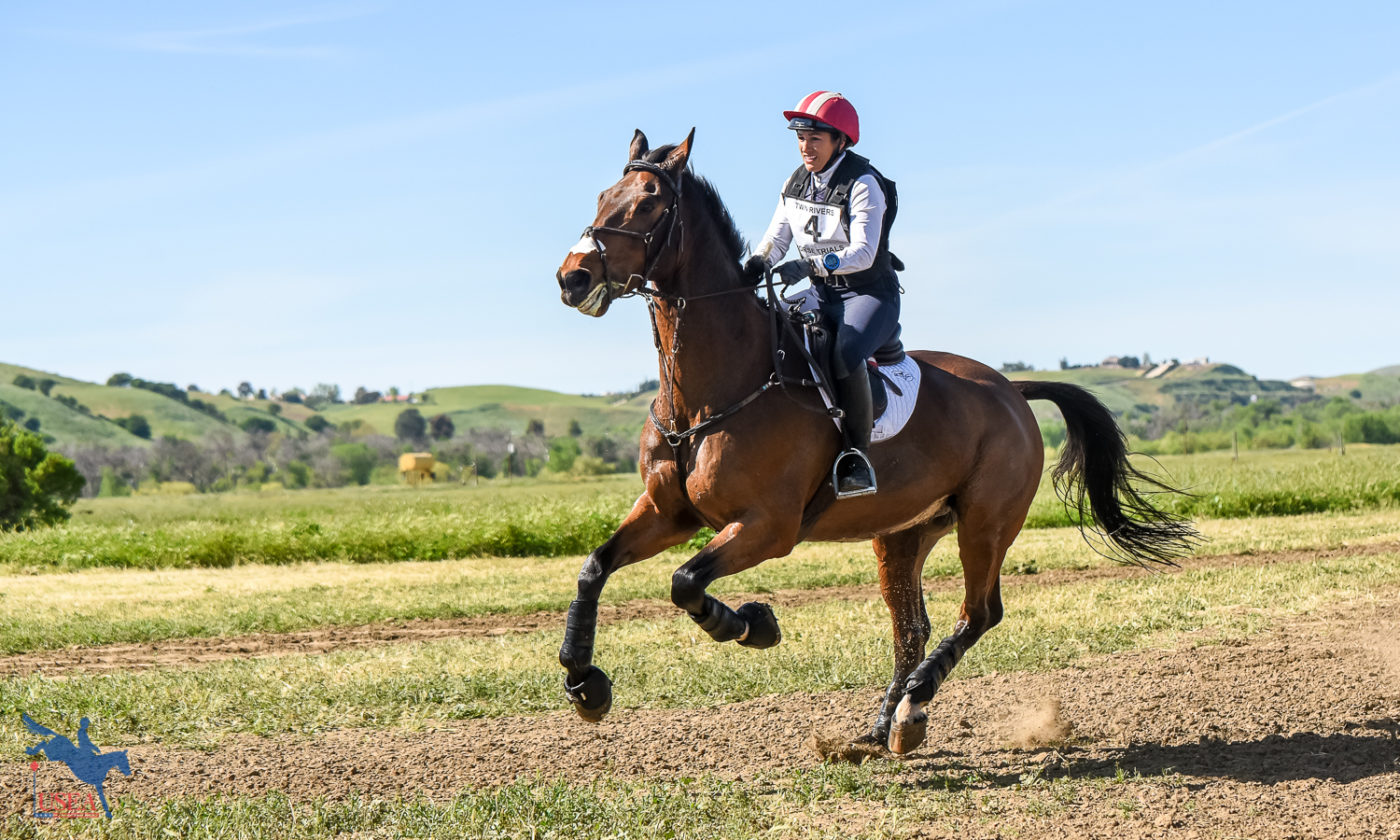 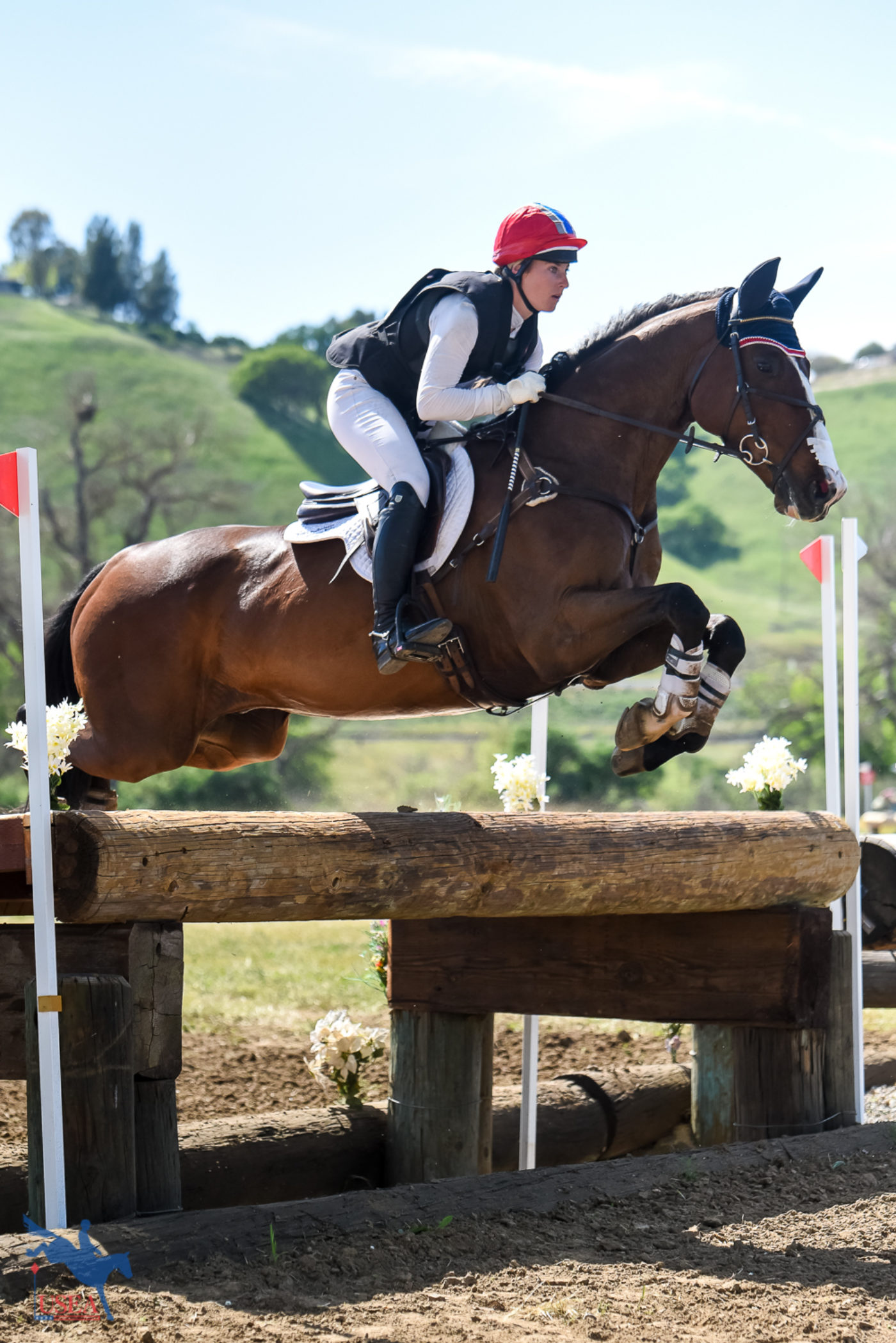 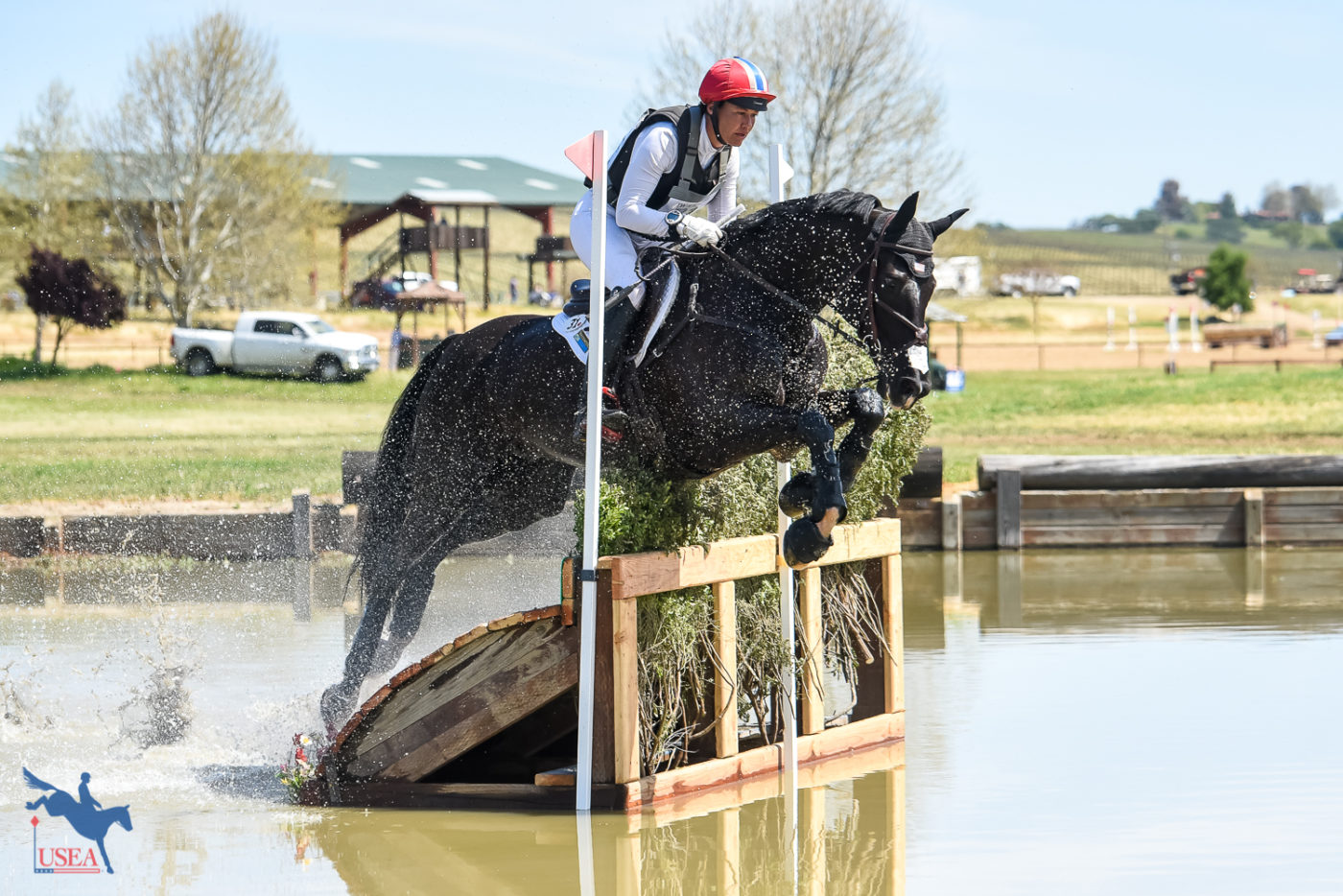 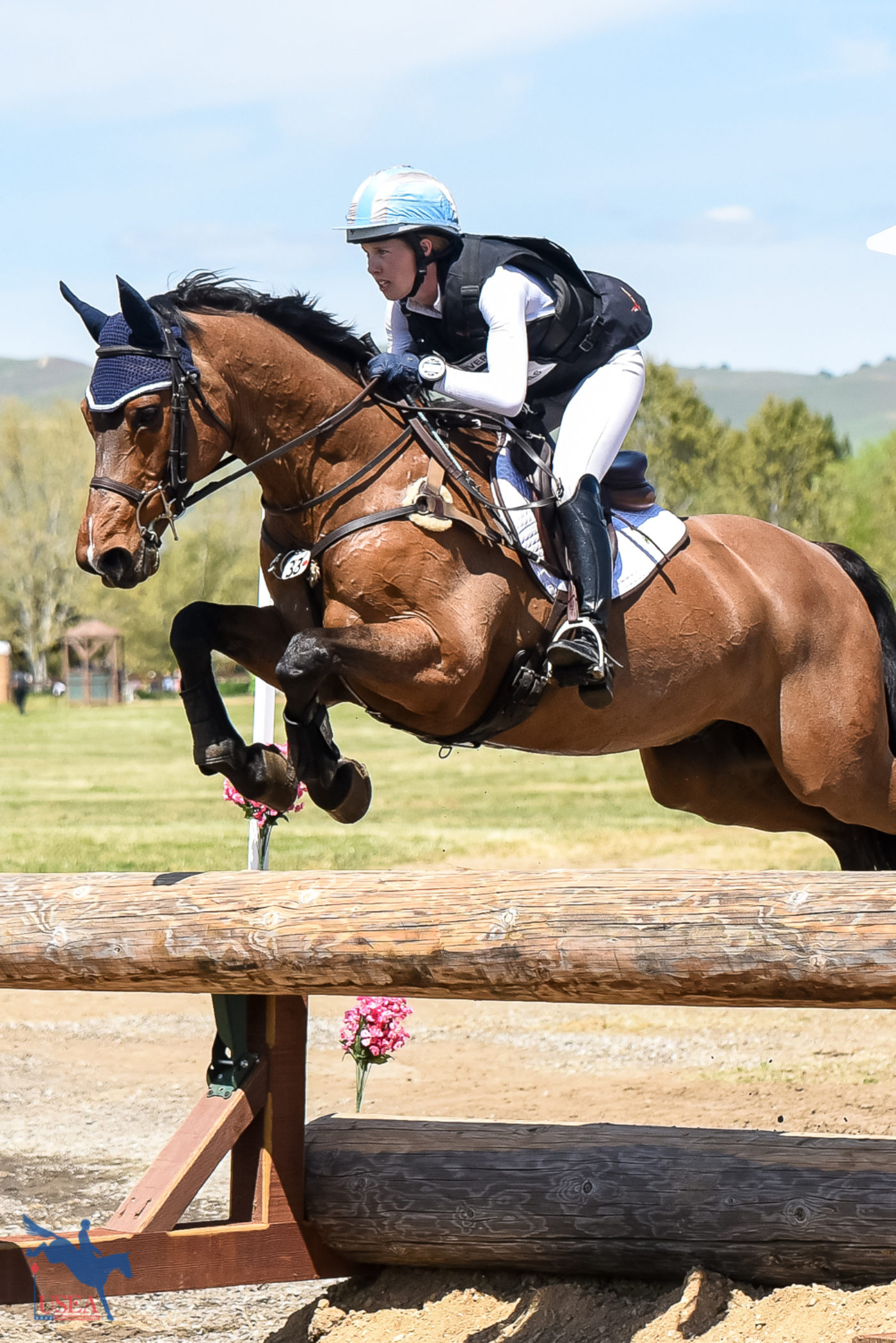 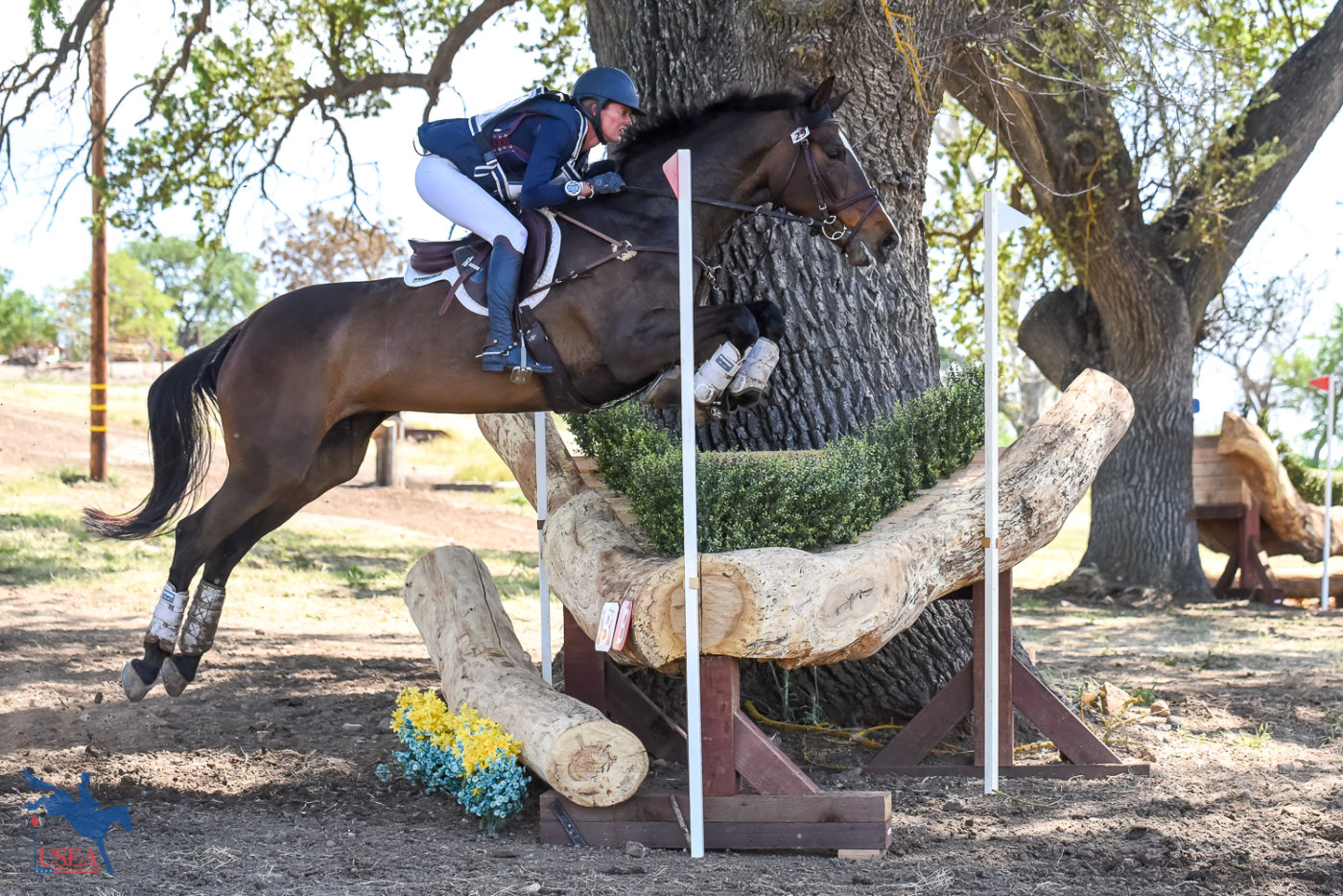 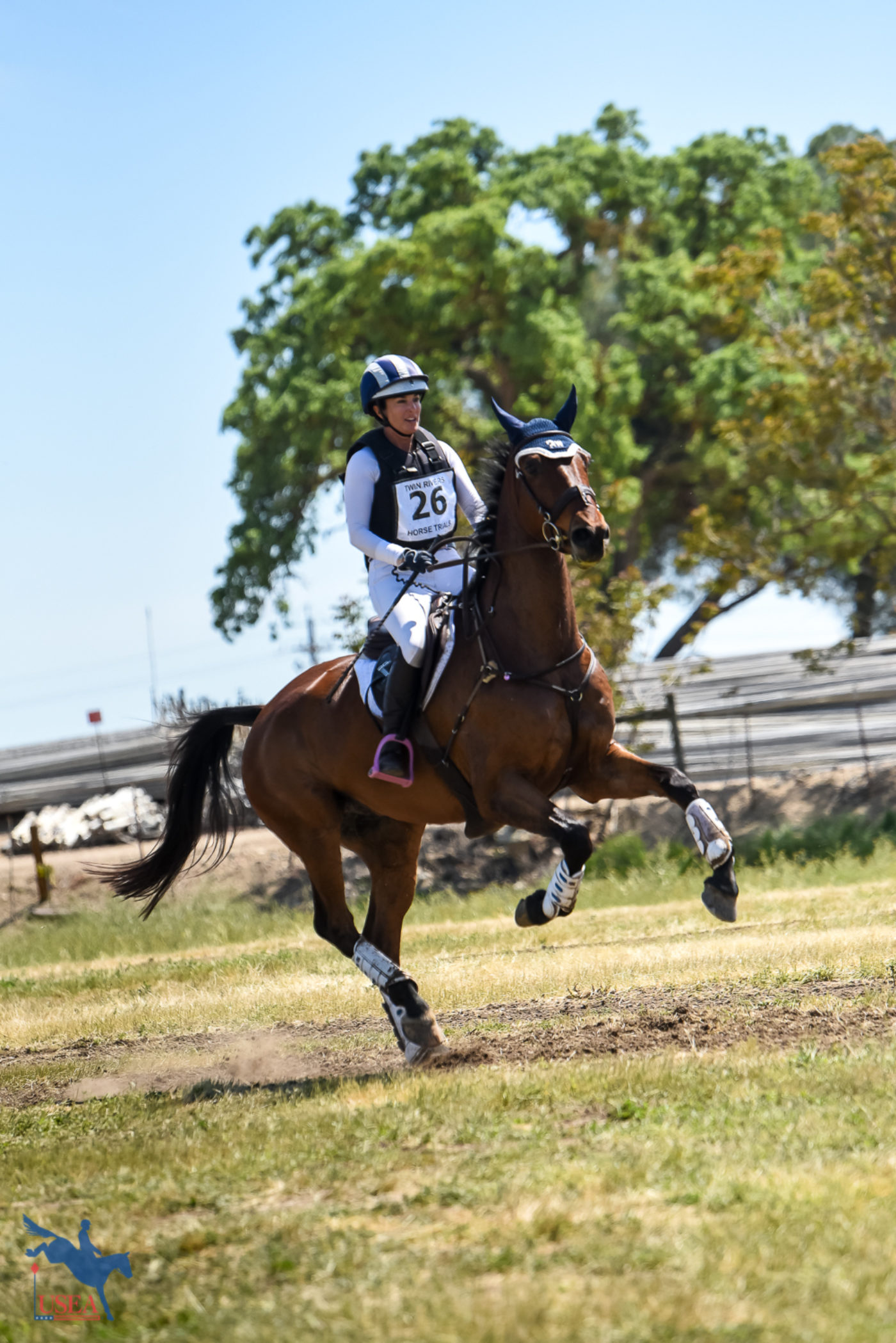 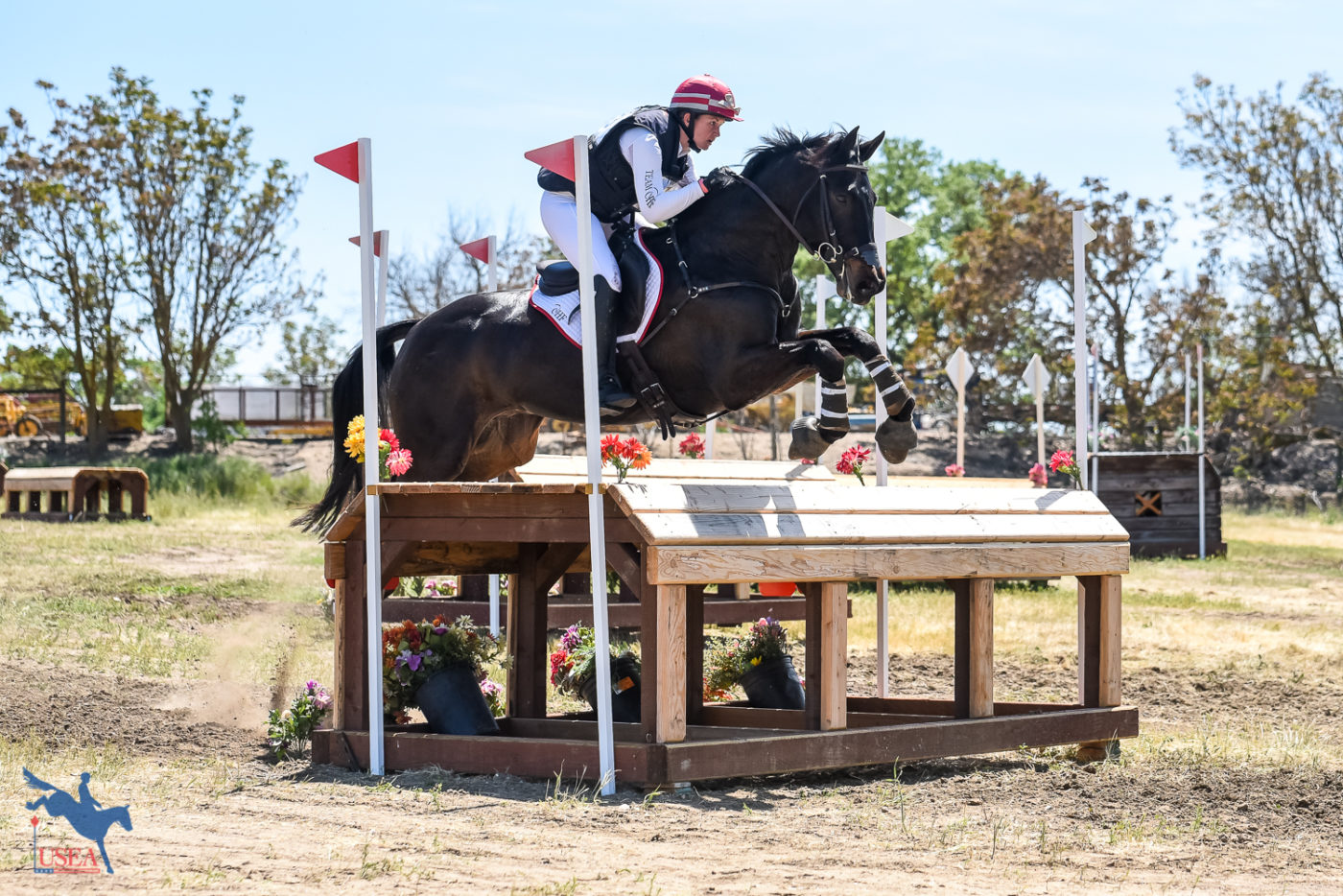 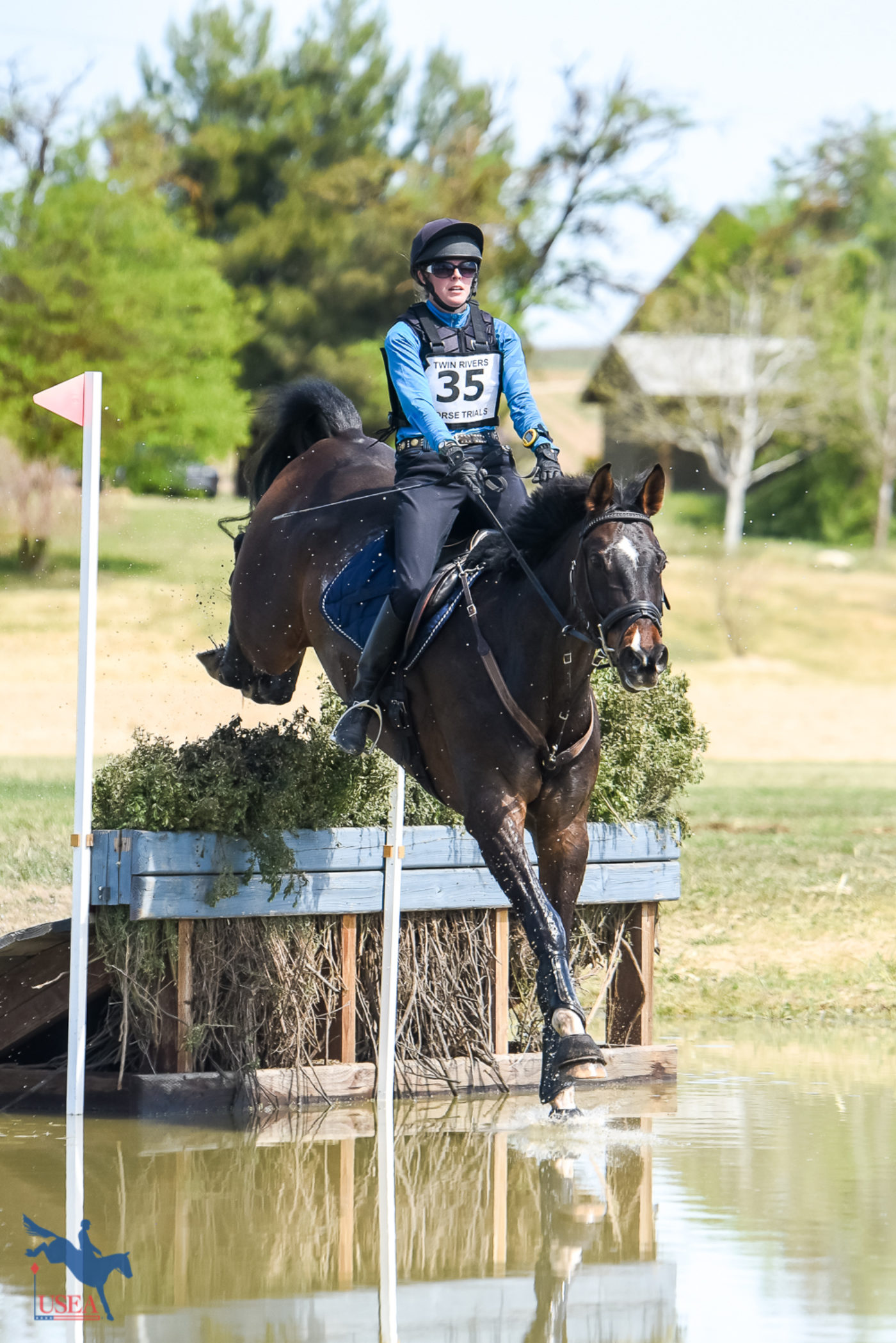 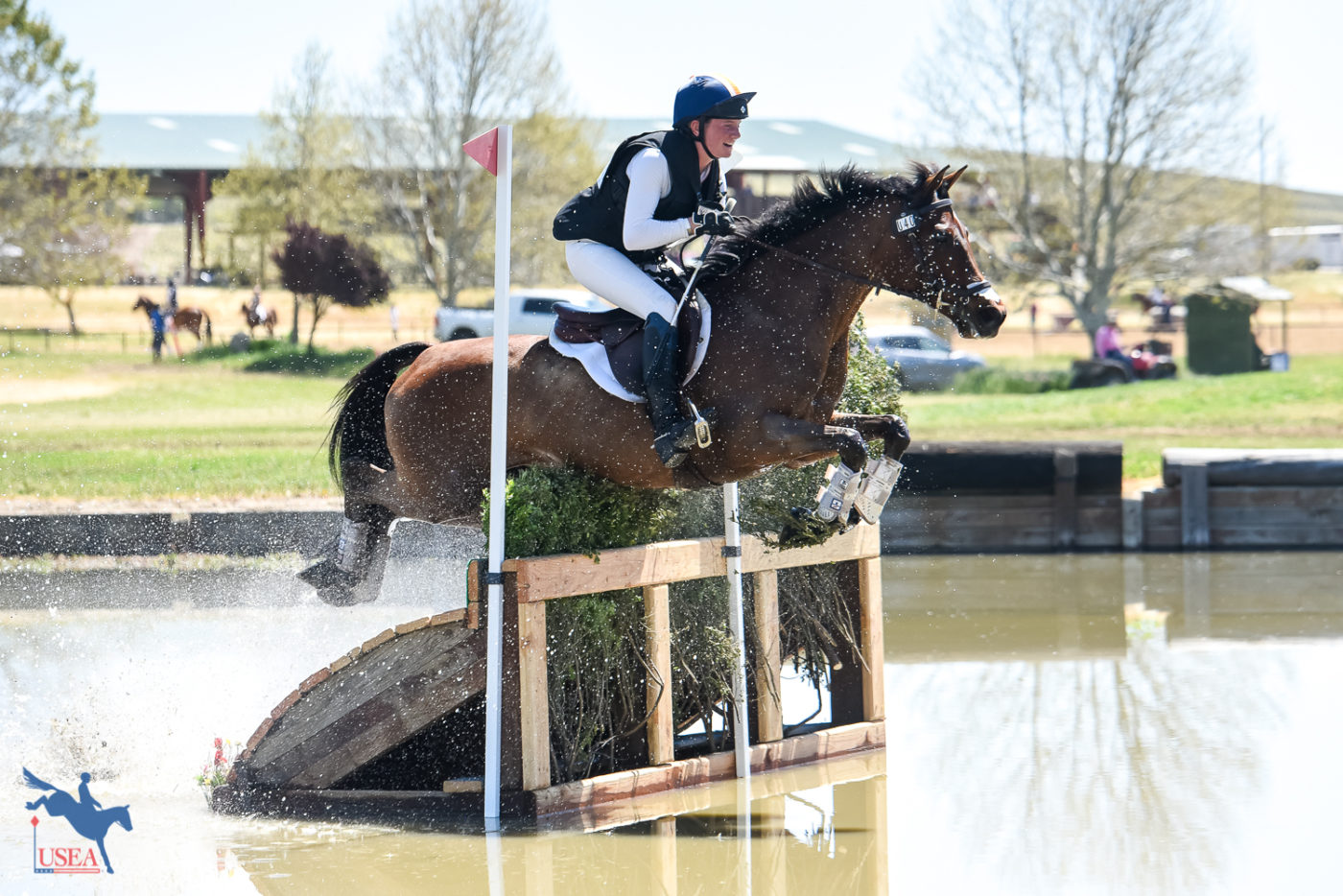 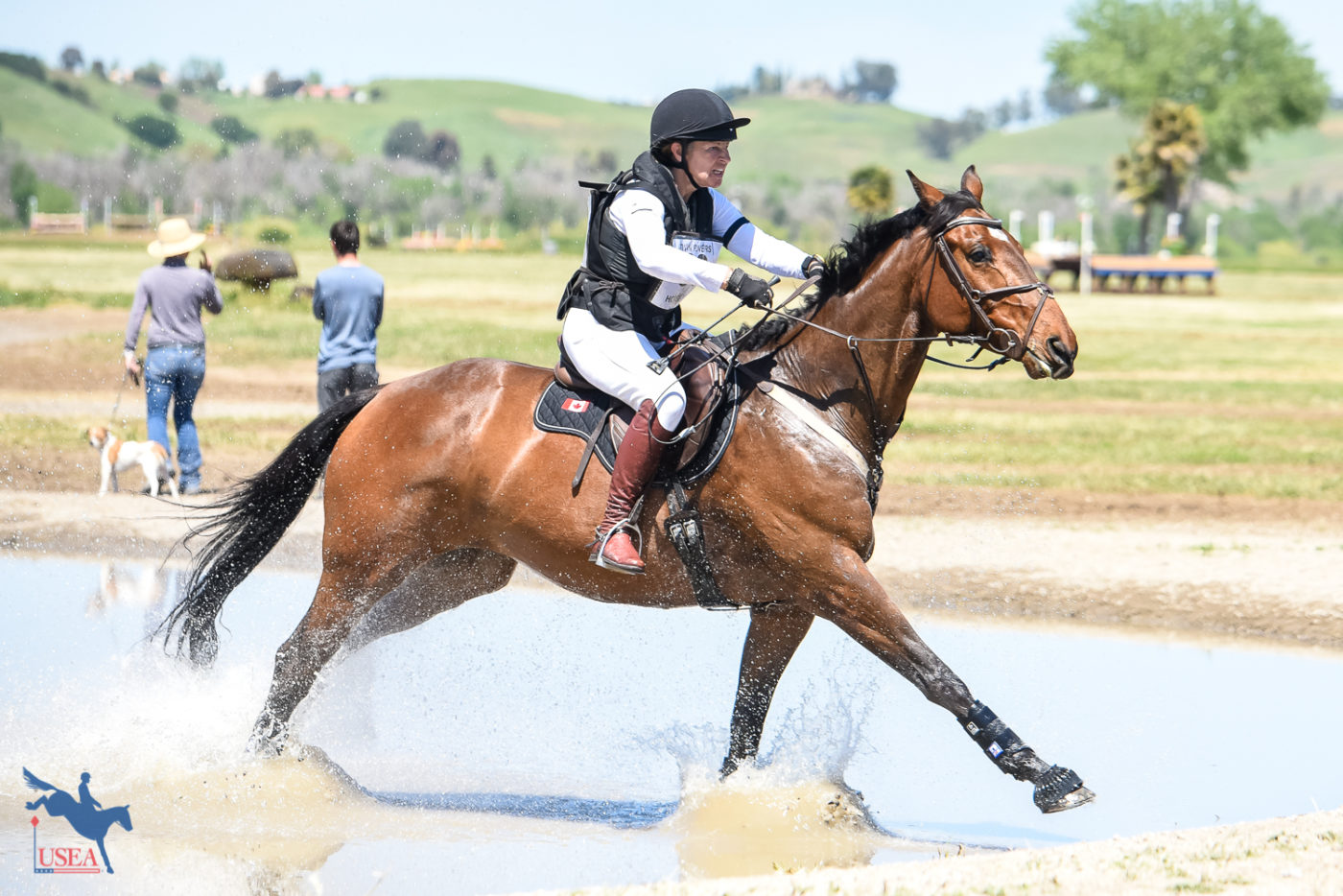 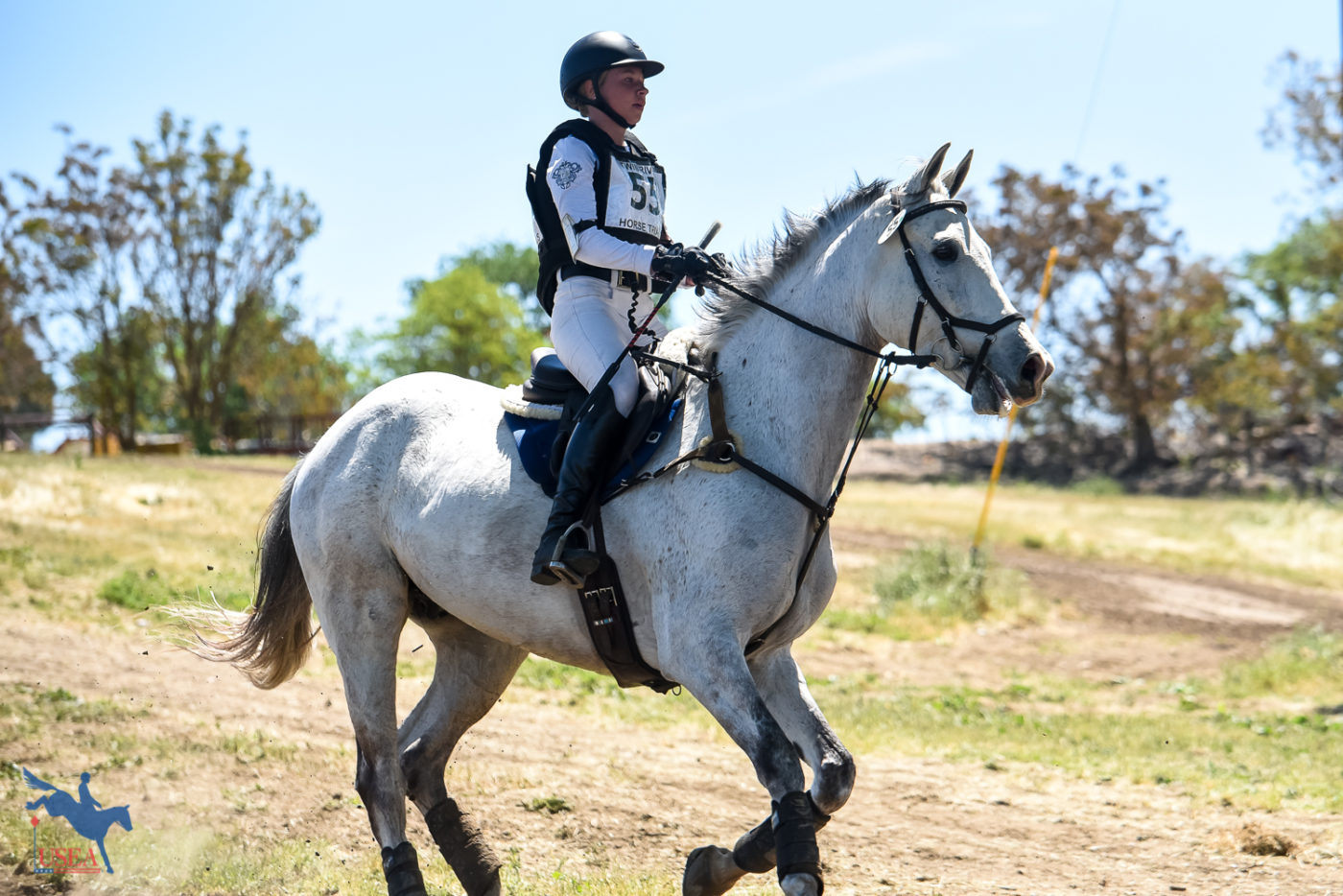 Get Hyped for the 2022 USEA Intercollegiate Eventing Championships!

The 2022 USEA Intercollegiate Eventing Championships will take place on May 21-22 at Chattahoochee Hills H.T. in Fairburn, Georgia, and 92 championship competitors will be making the trip to Georgia to compete. Will a new Champion emerge this year or will the University of Kentucky defend its Championship title?