After seeing 63 horses in the 2019 USEA Young Event Horse (YEH) East Coast Championships at Fair Hill in Elkton, Maryland earlier this week, there were just 11 horses to see between the 4- and 5-year-old divisions at the YEH West Coast Championships at the Fresno County Horse Park in Fresno, California. While there were fewer entries, they packed a mighty punch, impressing judges Chris Ryan and Sally Ike with the quality of the horses presented.

Allyson Hartenburg’s off-the-track Thoroughbred gelding Mucho Me Gusto (Macho Uno x Ghostkeeper) may have failed on the racetrack, but he shined in today’s 5-year-old YEH division, taking home the championship title on a score of 88.47. He raced 10 times on the turf between his 2- and 3-year-old years, earning $9,050 before being passed to Hartenburg through a rehoming agency in Kentucky.

“I got him on New Year’s Day – he had just turned four,” recalled Hartenburg, “At the time I was living in Colorado – my husband is in the Air Force – and the night that I got [Mucho Me Gusto] home I found out we were being stationed in California, so our life kind of got turned upside down.” Hartenburg used the time spent moving to let him down and then started him back up in May of last year, competing in the YEH 4-year-old classes last year and then the 5-year-old classes this year, in addition to some shows at the Training level.

Originally a resale project, Hartenburg made the decision to keep Mucho Me Gusto. “We’re so fortunate with where we live in Area VI, it’s a tremendous eventing area, and I had the opportunity to have a really cool in a good area so I decided to hang onto him for a while,” Hartenburg said. “He’s just been really fun to bring along.”

“We’re going to do the Training Three-Day at Galway – that’s going to wrap up our season – and then hopefully next season we’ll come out and do some Preliminaries and go from there.”

Mucho Me Gusto was also presented with the Thoroughbred Incentive Program (TIP) Award, given to the highest-scoring Jockey Club-registered horse in the competition.

Melkenna was purchased as part of a two-for-one deal Baxter made to get her working student a horse. “It worked out that I like mares and Lauren [Burnell, of Arnell Sport Horses] likes pretty,” said Baxter. “It was meant to be for Bec [Braitling], because she’s Lauren’s owner, but when [Melkenna] arrived she was really kind of nutty and hyper and looked like a project, and Bec was pretty busy at the time, so they offered me the ride.”

Melkenna spent most of the year on the backburner while Baxter focused on her five-star career, but still came out and put in an impressive performance today, earning the highest gallop score of the 5-year-olds – a 9.0. “She doesn’t have a lot on her besides the last couple of months, and it’s funny because last year I was saying how she was ahead of the curve and the irony that looking back on it it’s a good thing I had her ahead of the curve last year because I really didn’t do a lot this year. She was fabulous.”

Rebecca Buehler and Carrie Miller’s MFS High Octane (Understatement x Bryn Carregwren Tanwen Tag), a Thoroughbred/Welsh Cob cross mare, finished out the 5-year-old Championship in third place on an 87.04. MFS High Octane also received the Safe Harbor Award, which is presented to the young horse who consistently exhibits the most graceful and rider-friendly performance throughout the competition.

In the 4-year-old Championship, Amber Levine made a clean sweep of the top placings, taking home the Champion and Reserve Champion titles in addition to third place. Keep Calm (Biscayo x Beauty), Levine’s Dutch Warmblood gelding, was crowned the Champion on a score of 86.27.

Levine purchased Keep Calm as a 2-year-old in Holland, where he stayed to be gelded and backed before coming over to the states in May. “He was amazing as a 2-year-old, plus when they brought him out and told us his name was Keep Calm, and my [four-star] horse’s name is Carry On, so just on the name alone we had to buy him.” The man who bred Carry On, Maarten Groeneveld, also sourced Keep Calm.

Ballinakill Poppy, an Irish Sport Horse mare owned and bred by Andrea Pfeiffer, scored a 85.88 with Levine in the irons to be named the Reserve Champion of the 4-year-olds. "Corky" is by The Twain and out of Pfeiffer’s upper-level mare Ballinakill Glory.

“We backed her at three and she’s been super easy,” Levine said. “She was super easy to back – we did it all at the barn – and she’s just kind of hung out her 3-year-old year and then we started her back up in February of this year and did a little bit here and there with her. Then we started showing her more this fall.”

“She’s starting to show a lot of her mom,” said Pfeiffer. “The best parts of her mother. She has a couple of the not-so-good parts, but you can start to see it in her face and when she jumps. It’s fun to see because Pippa shows up, which is cool . . . She was born with an engine.”

Levine’s third mount in the 4-year-olds, Touché (The Twain x Vanity), an Oldenburg gelding, scored 84.95, which was good enough for third place. Like Ballinakill Poppy, Touché is by The Twain, and Levine said it’s a pleasure to work with horses by the stallion.

“The Twain babies – I love them. They’ve got great brains. Both of the horses are super easy to handle on the ground and they’re brave – they’ll jump anything. It’s a really good line. They get the jumping, they get the cross-country – it just makes sense to them.”

“It’s fun to see the young horses progress throughout the year, and then to come to the Championships and jump a more challenging course that’s also super inviting for the young horses,” Levine commented. “Even from where they were in April when they did the qualifier to where they are now is such a change, which is what I love about the young horses.”

New this year, Stillwater Farm is providing an award to the 4-year-old with the overall best gallop score. The winner will earn a trophy and a $1,000 prize check. This award is generously provided by Stillwater Farm and is presented in loving memory of Donald Trotter, who passed away this year. While the highest score on the West Coast 8.7, given to Ballinakill Poppy, the award will go to East Coast competitor Keepsake (National Anthem x Victorious), Nina Gardner’s homebred, who earned a score of 9.5 with Jennie Brannigan.

Find final scores for the 4- and 5-year-olds here.

The USEA Young Event Horse (YEH) Program was first established in 2004 as an eventing talent search. Much like similar programs in Europe, the YEH program was designed to identify young horses that possess the talent and disposition to, with proper training, excel at the uppermost levels of the sport. The ultimate goal of the program is to distinguish horses with the potential to compete at the four- and five-star levels, but many fine horses that excel at the lower levels are also showcased by the program. 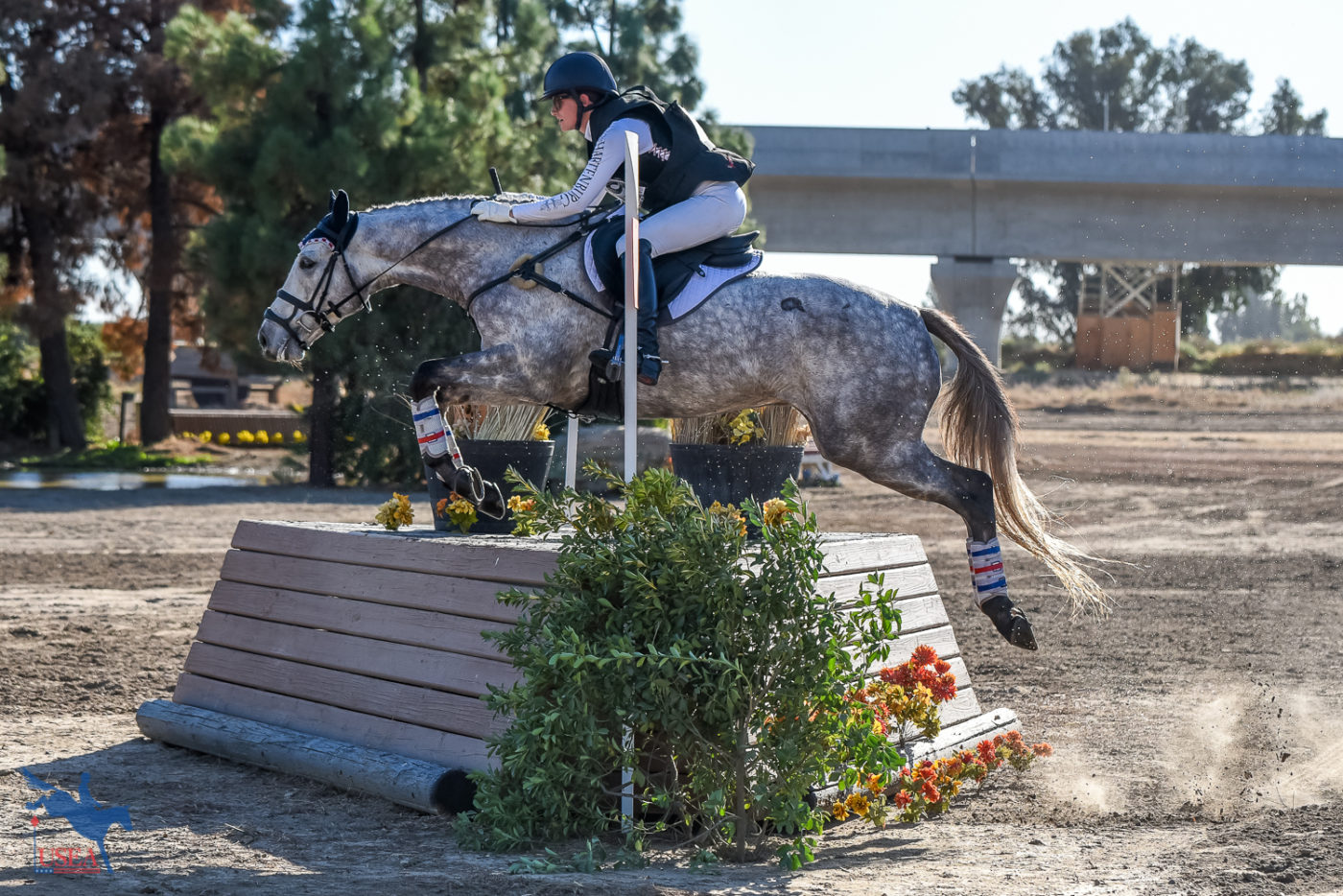 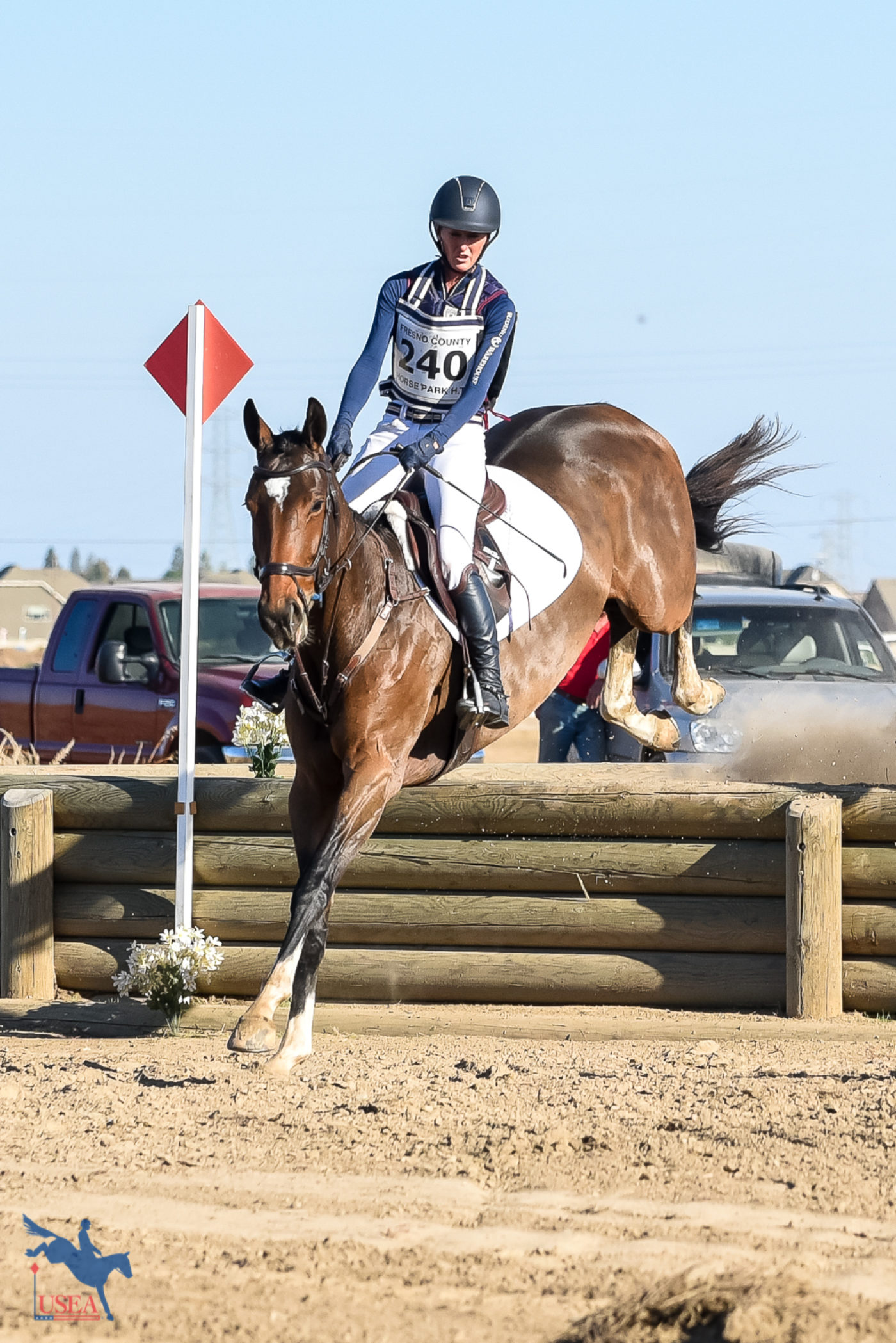 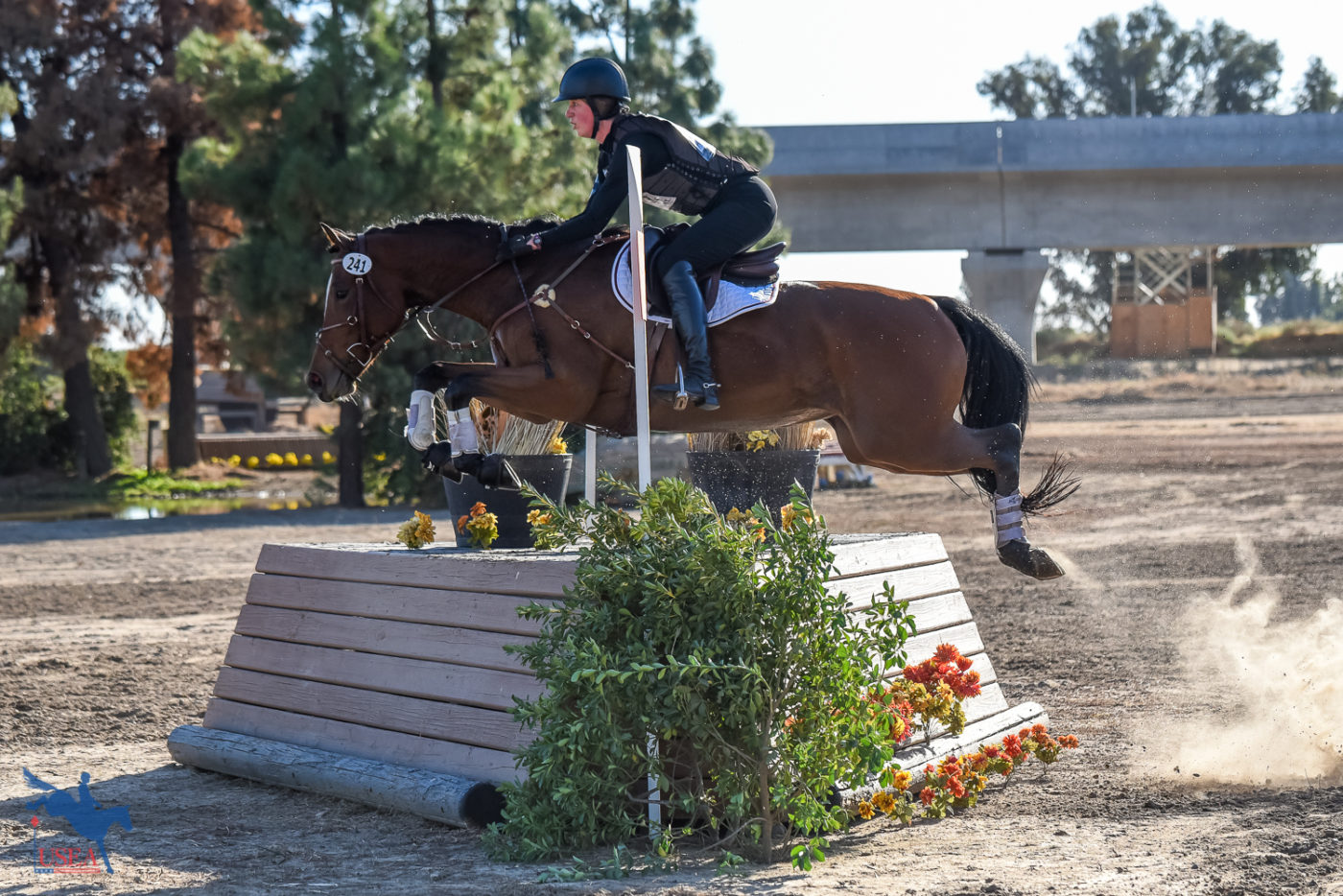 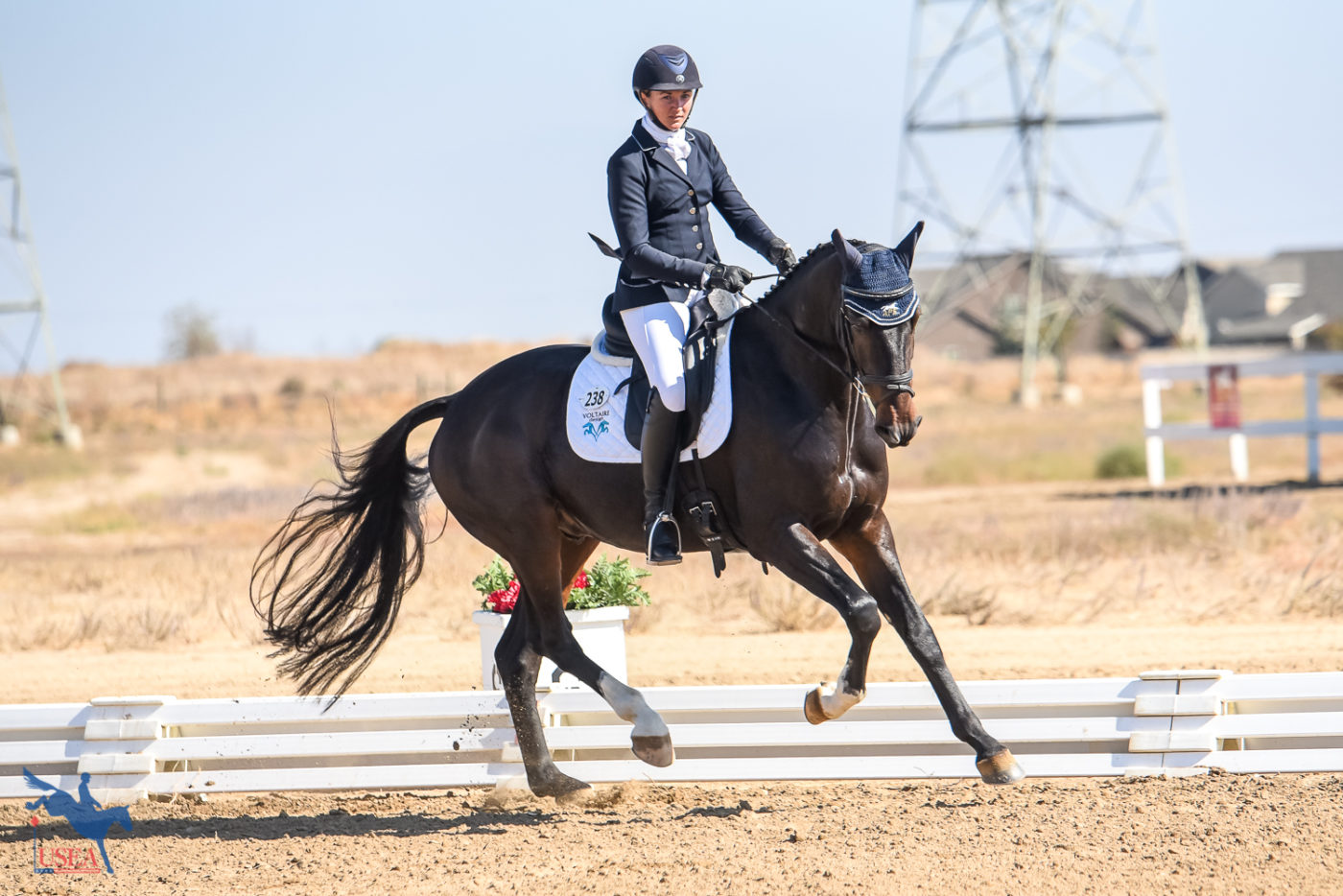 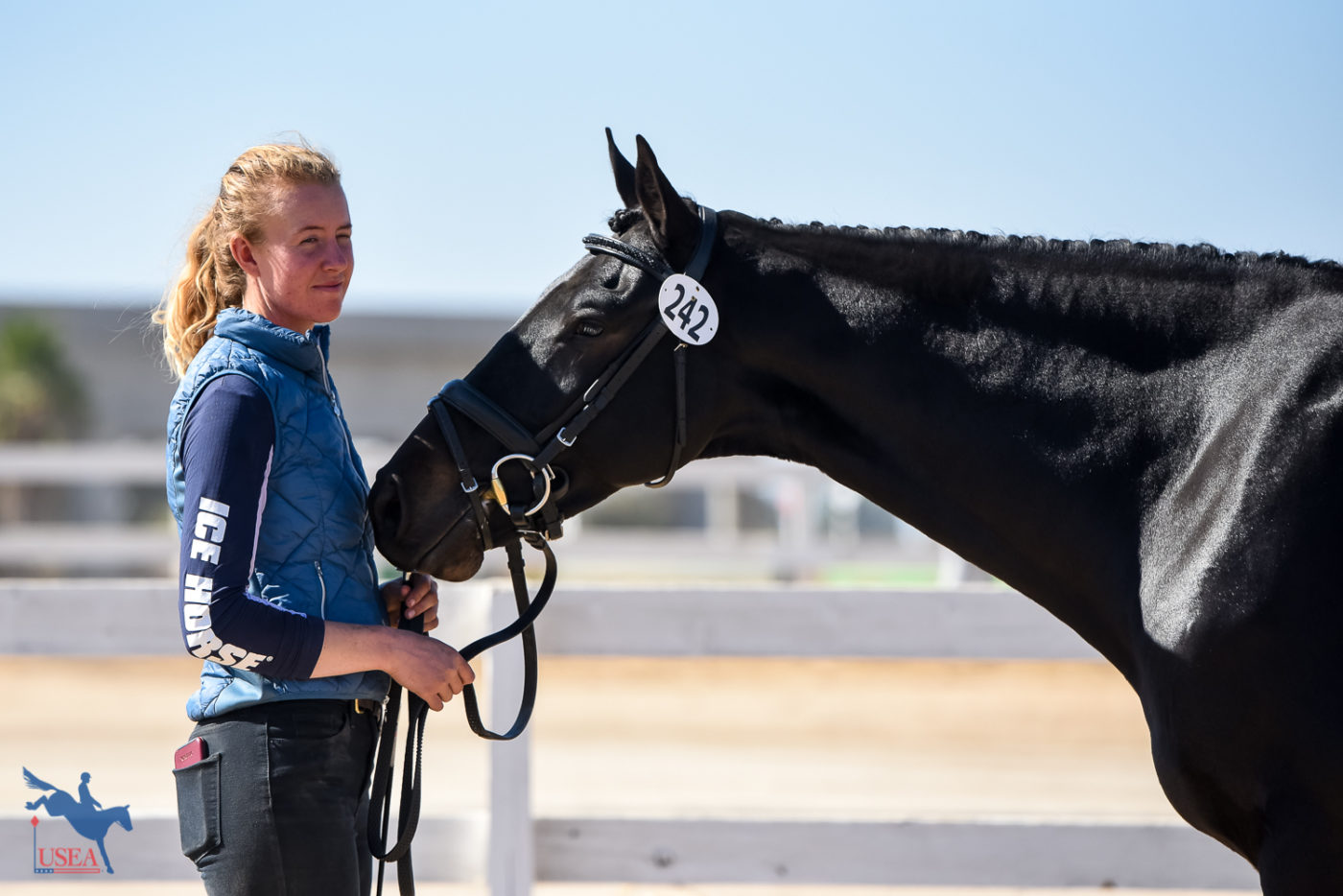 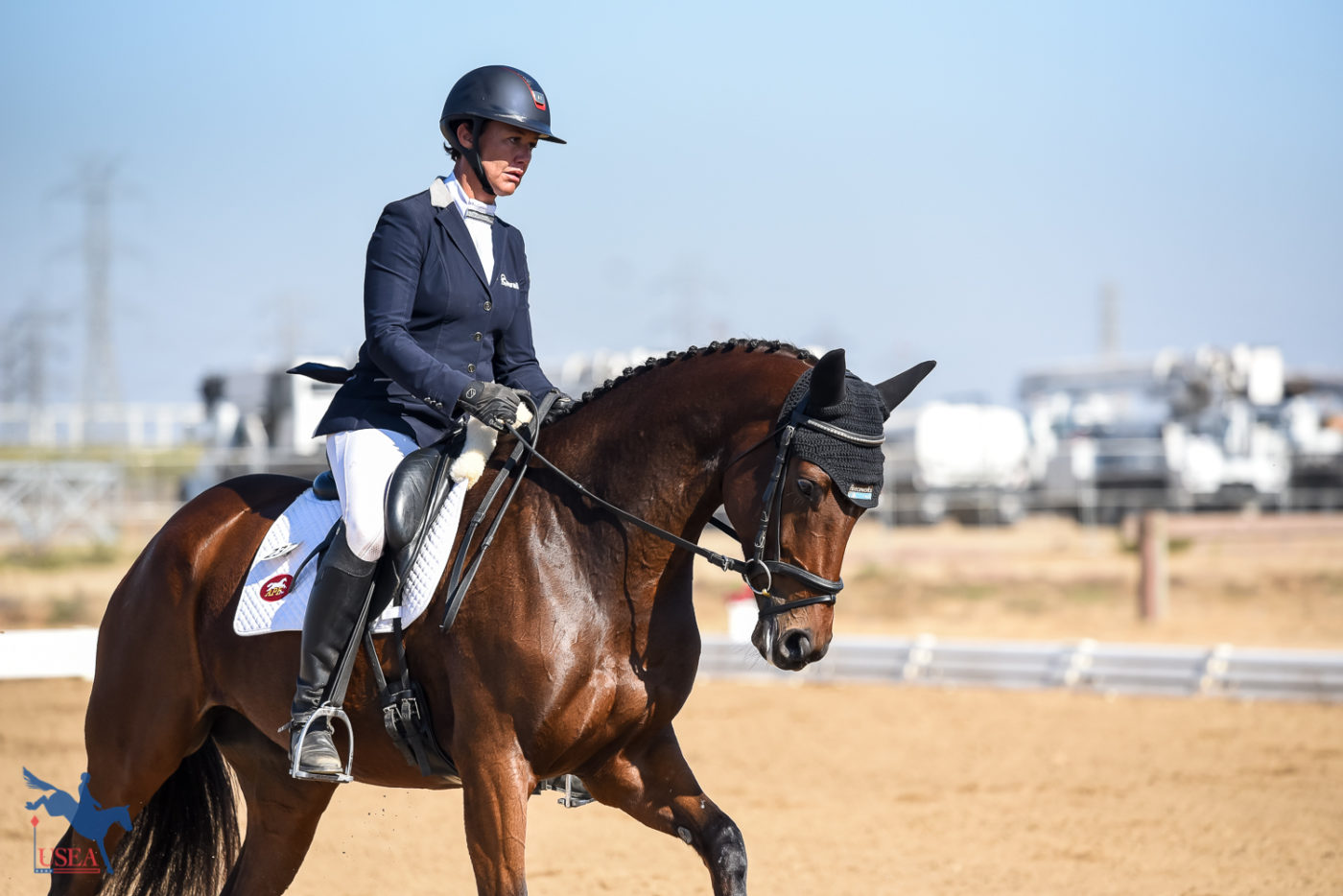 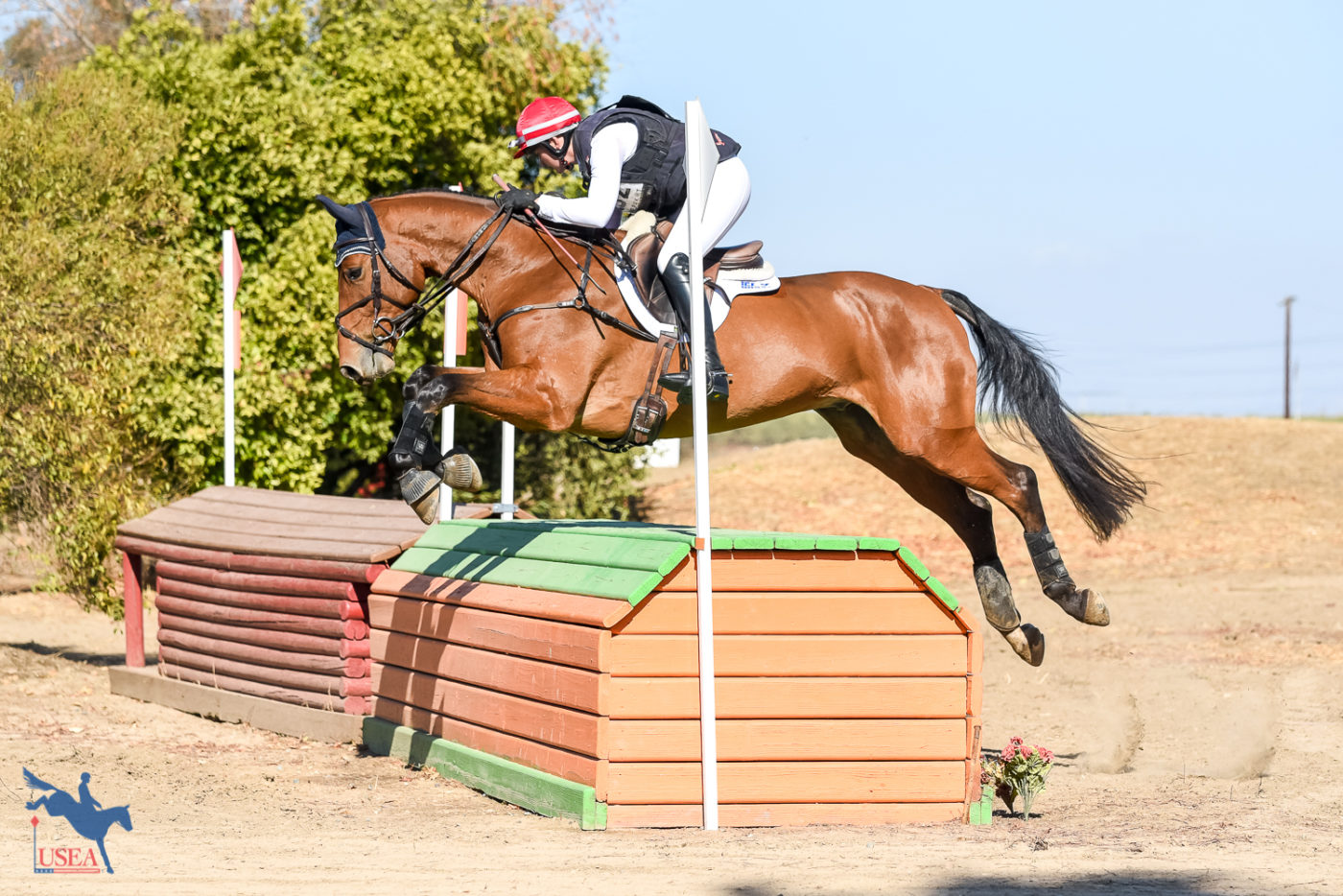 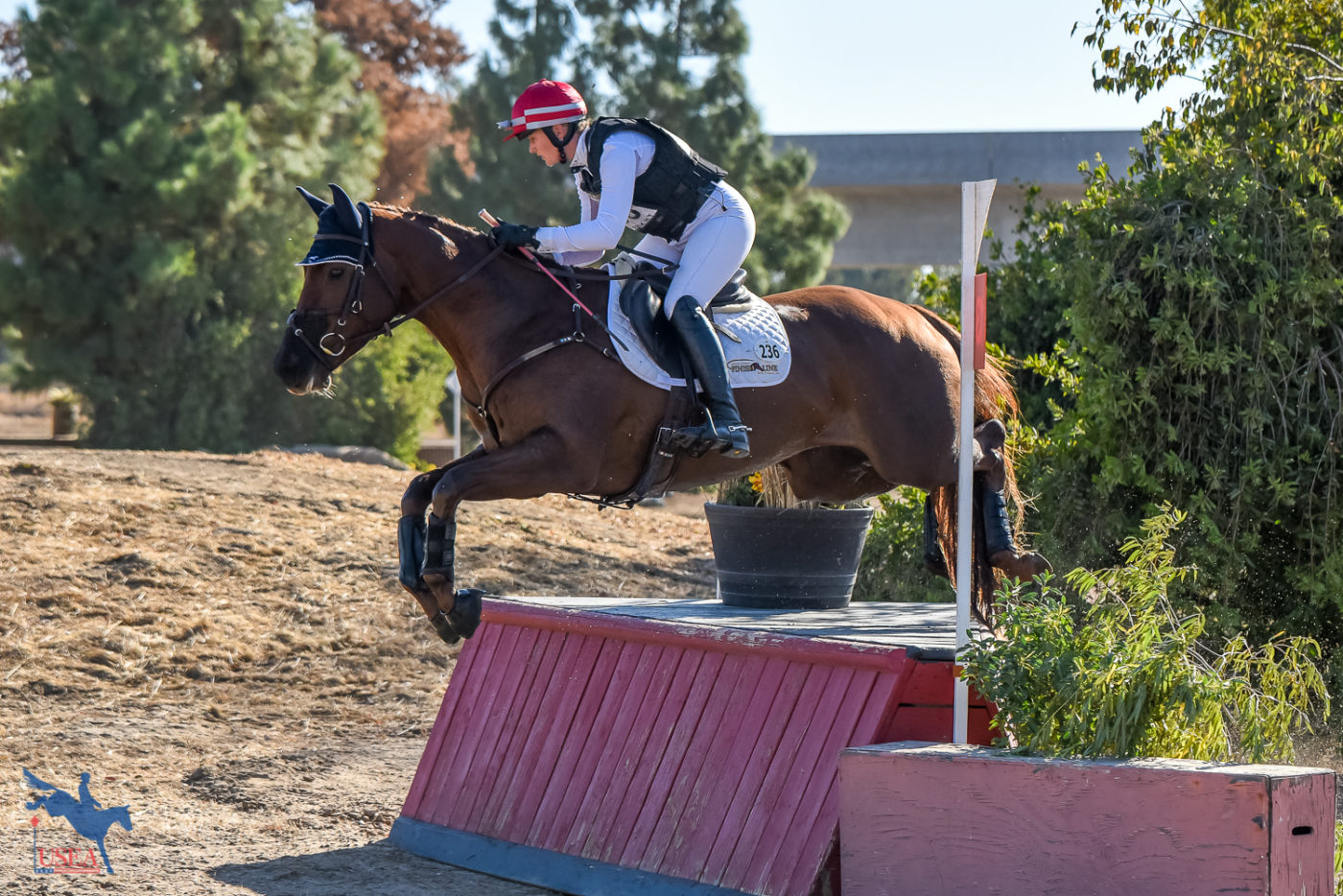 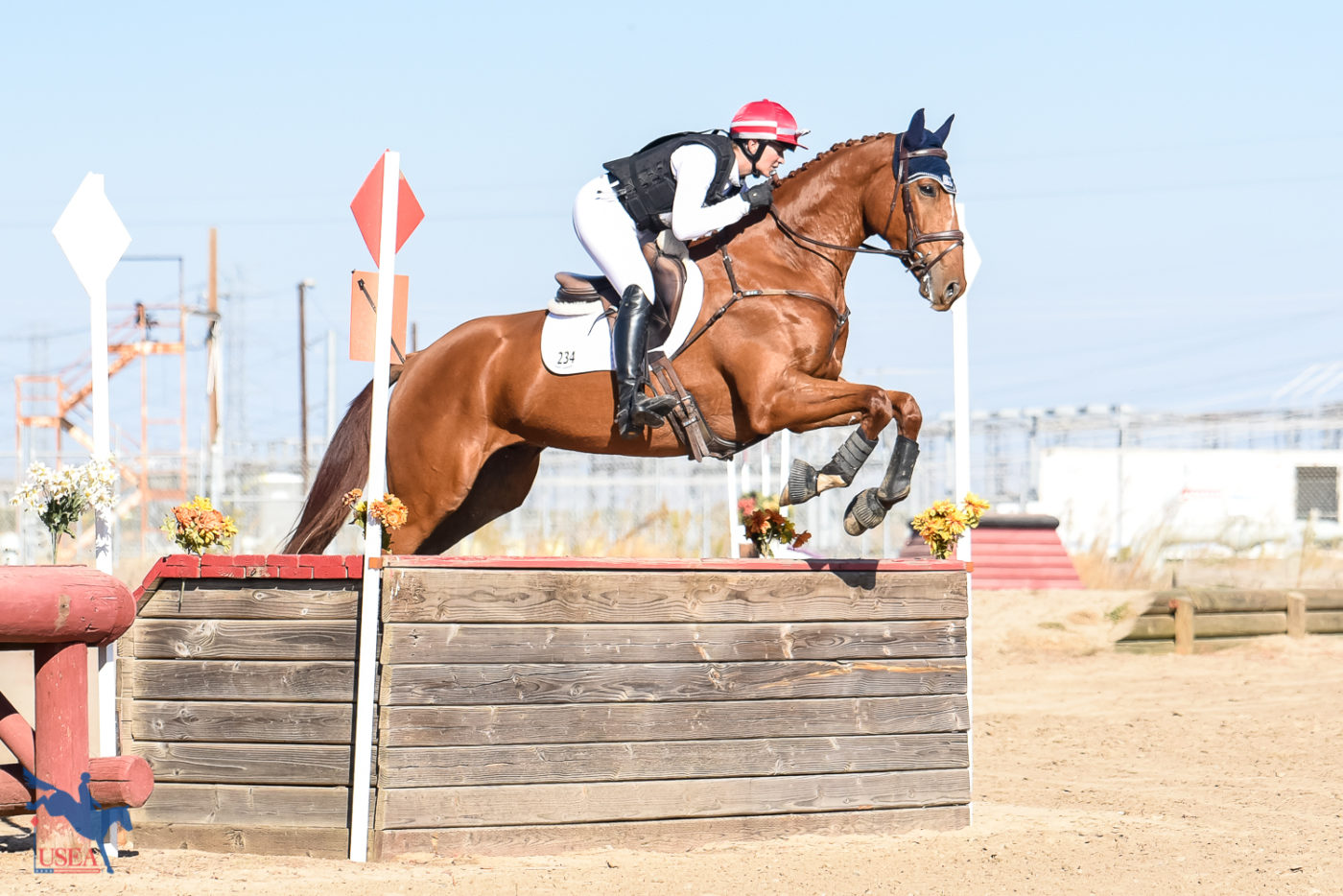 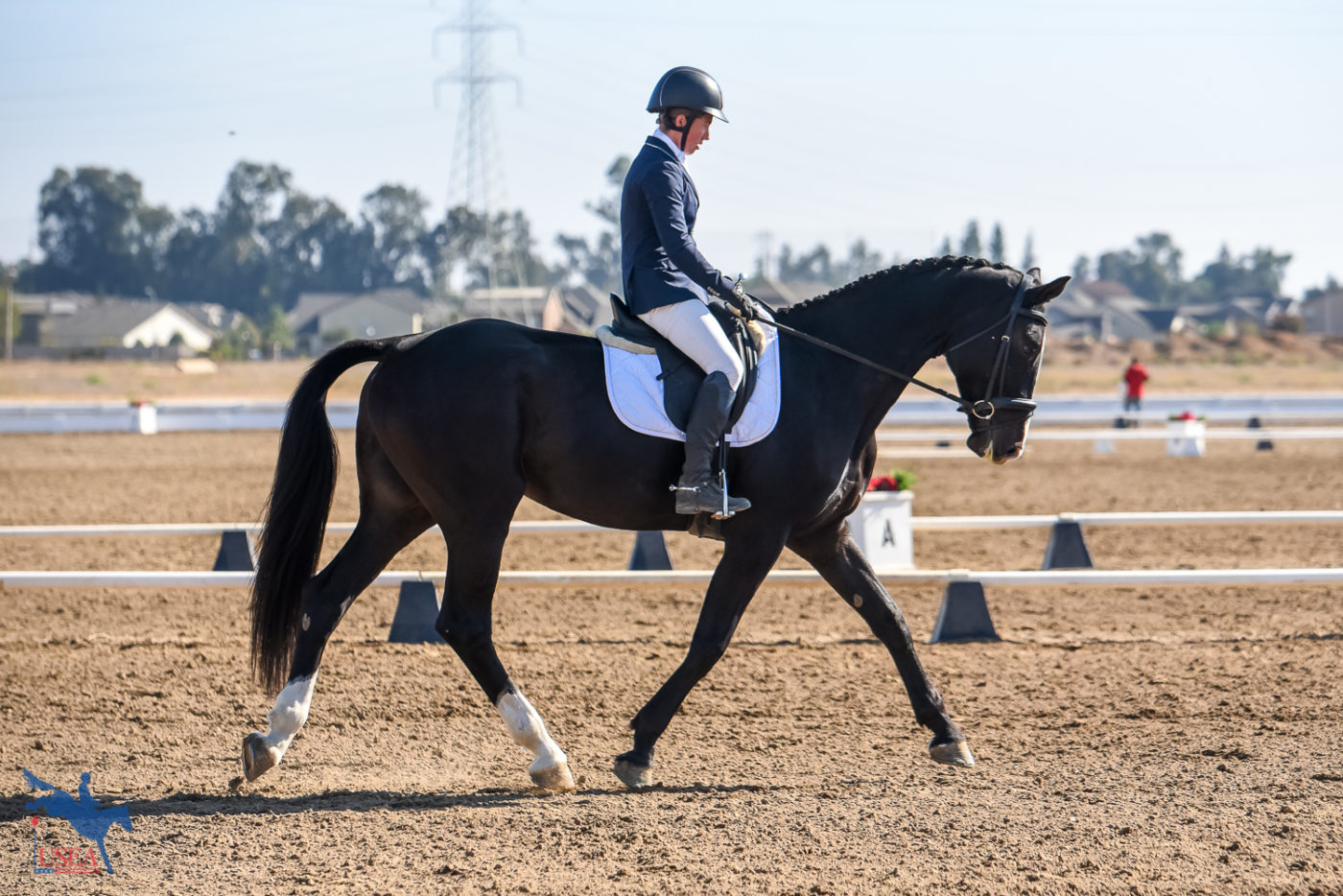